In the Land of Leadale Episode #04 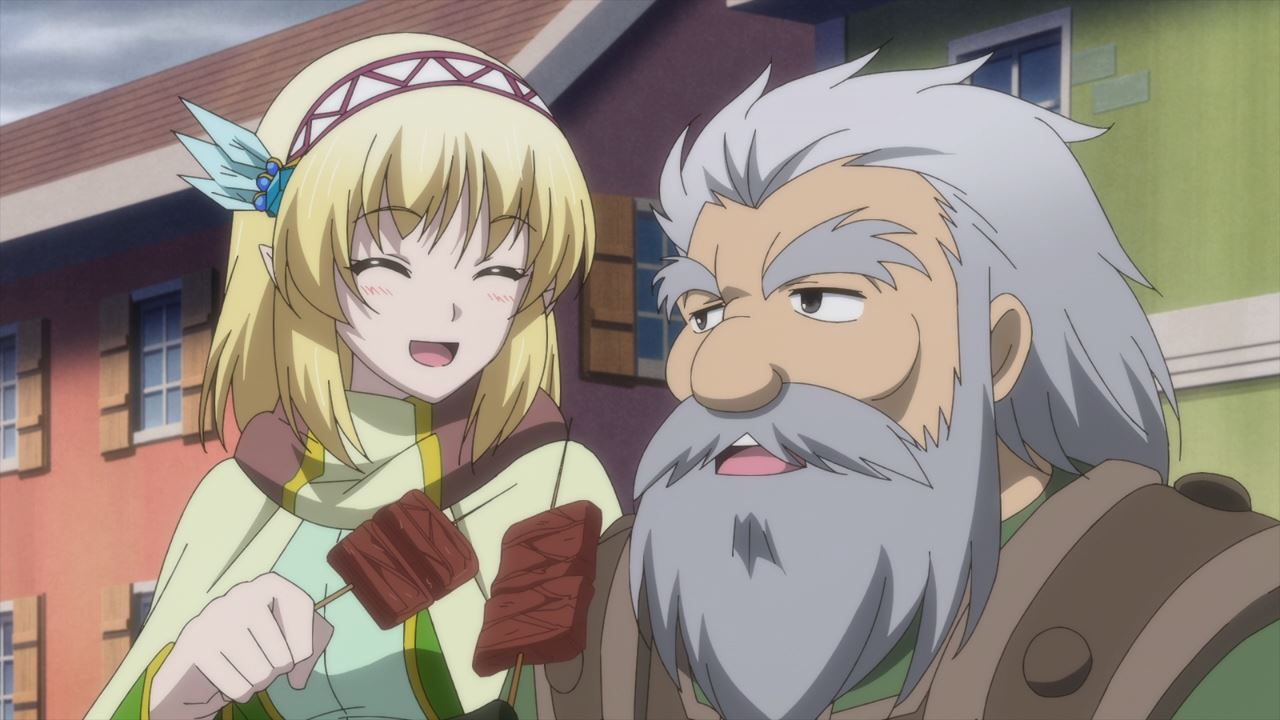 Well you look at that, seems that Cayna is okay after visiting the food stall for some skewered meat. Man, I thought that she’ll remained depressed forever since Cayna is the only Leadale player left.

Oh yeah, here’s Kartatz where he told Cayna that both Mai-Mai and Skargo are fighting over pointless things. I have a feeling that Cayna will step in to pacify her adopted kids. 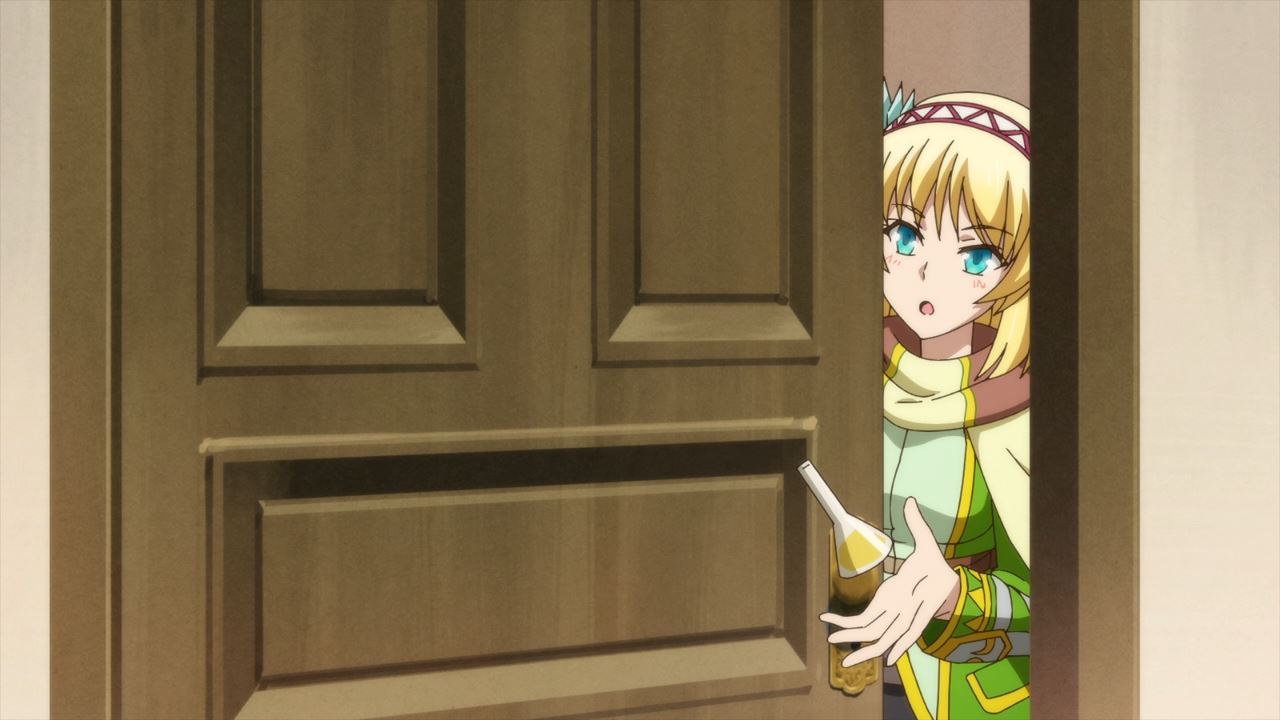 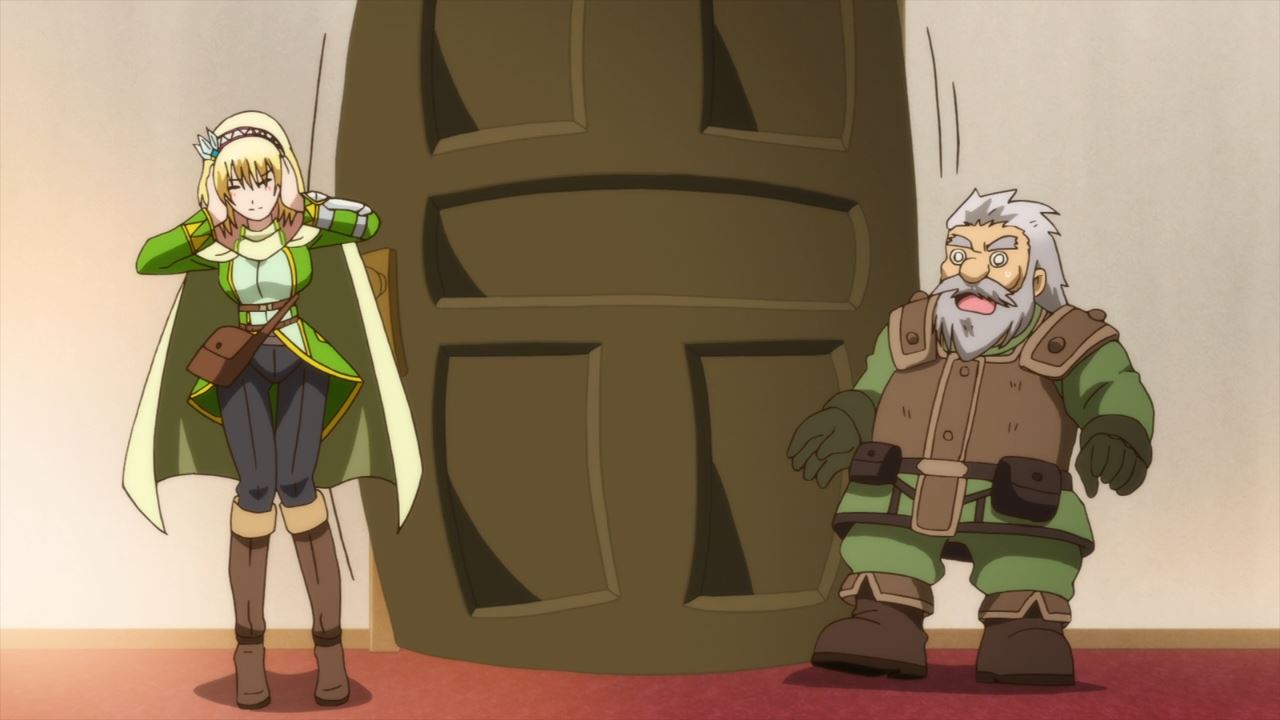 Except that Cayna decides to throw a flask full of explosive liquid to stop both Mai-Mai and Skargo. That’s too much for this high elf mage, although I wish her children survived. 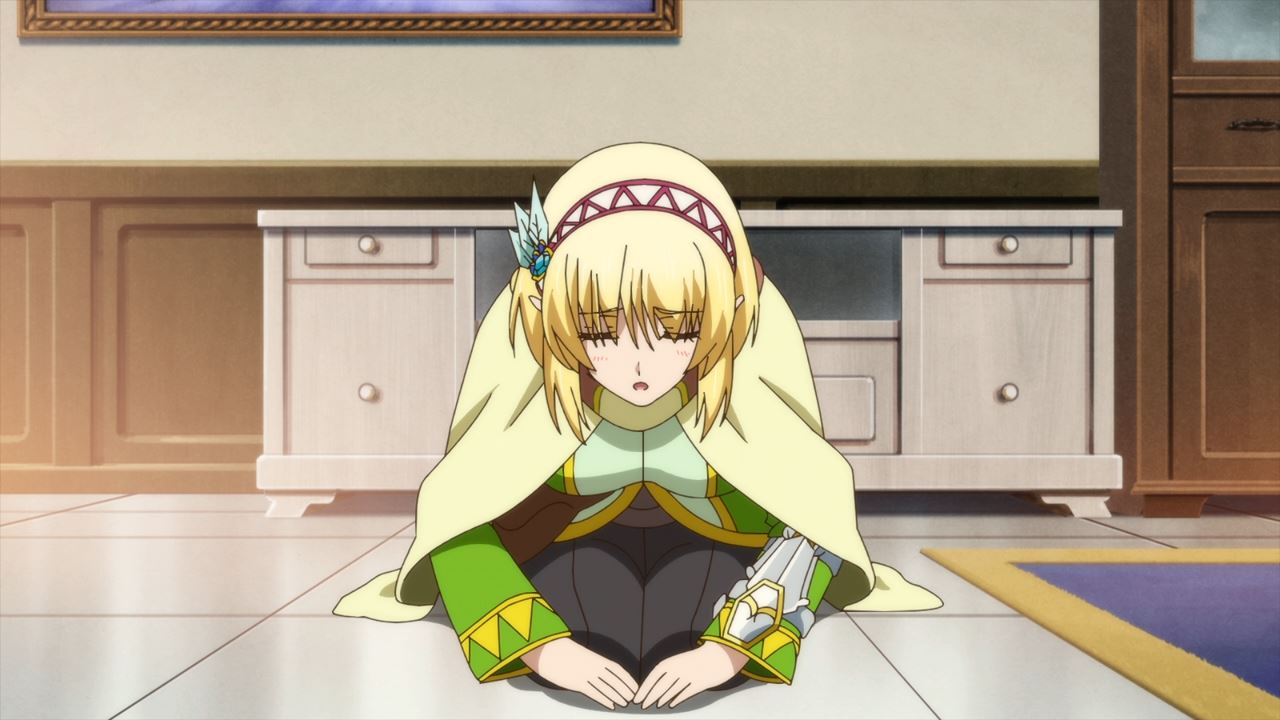 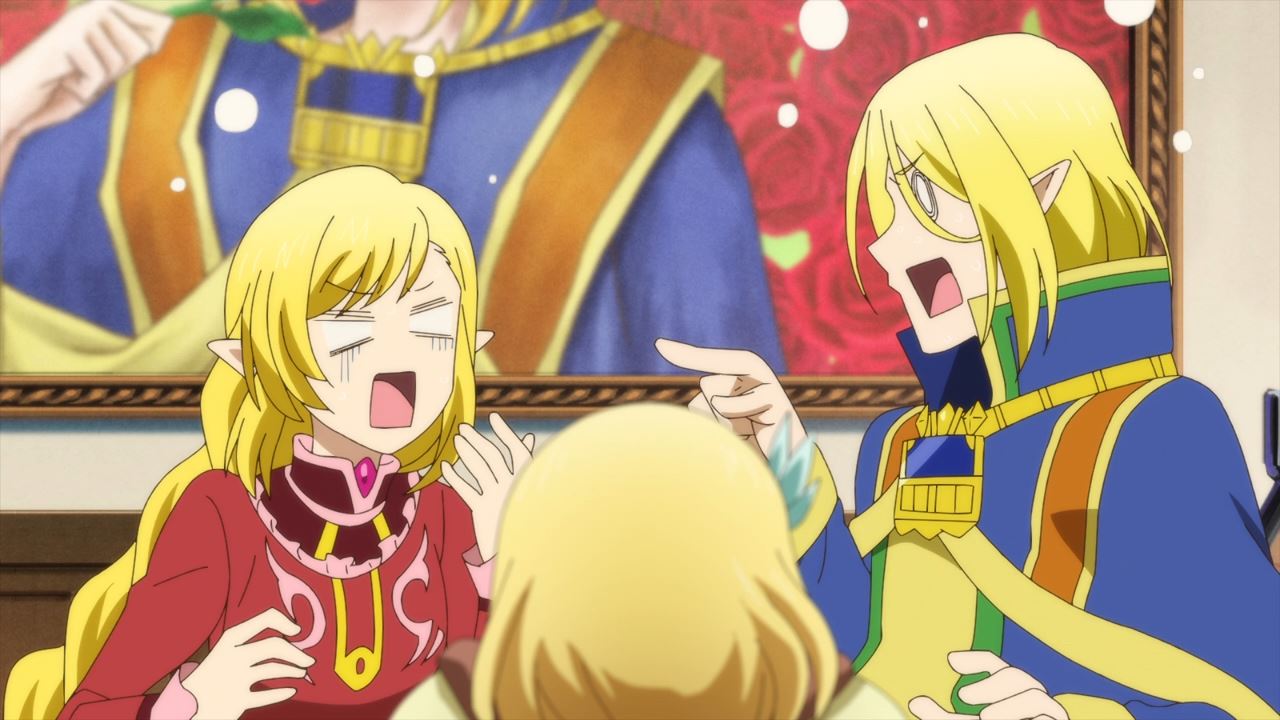 But anyways, Cayna forgives both Mai-Mai and Skargo for being such a downer lately ever since learning the hard truth regarding the World of Leadale.

Fortunately, she managed to bounce back after eating some food at the stall. Oh, and some family bonding with Kartatz since she’s pretty lonely. 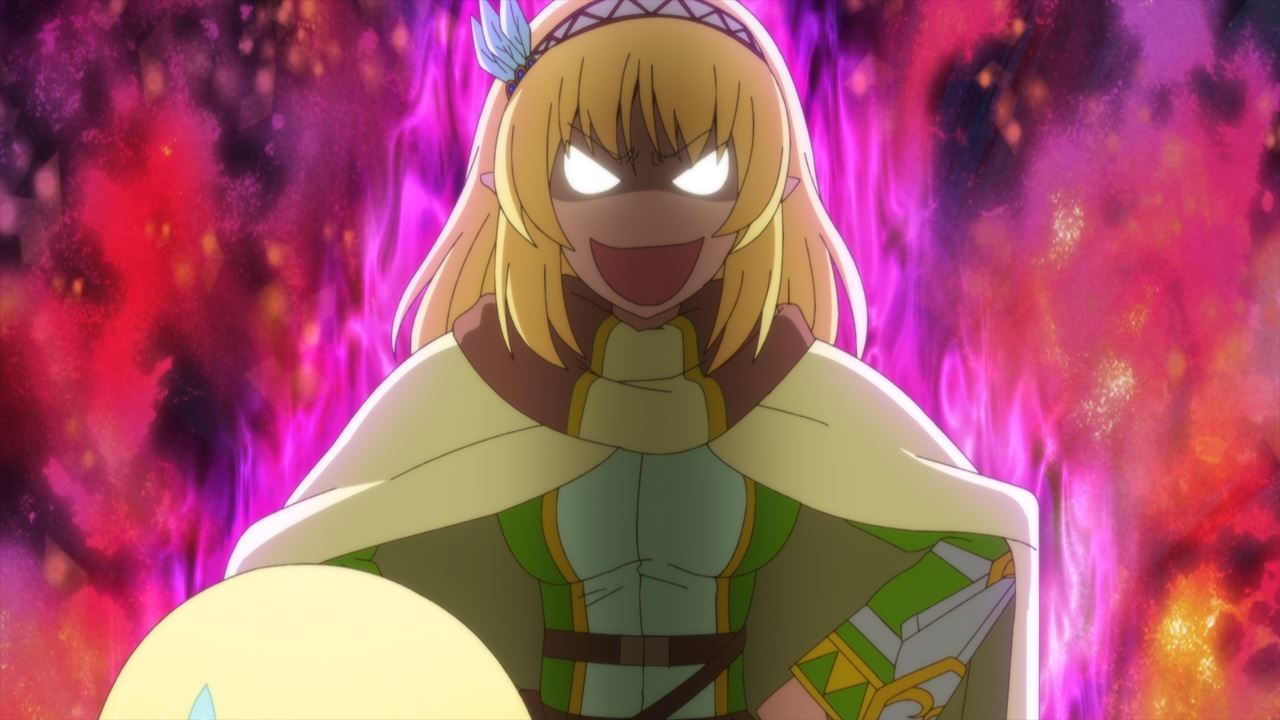 Of course, Cayna won’t forgive both Mai-Mai and Skargo for their petty squabble as she’s gonna punish them. Um Cayna, don’t overdo it or you might lose both of your children! 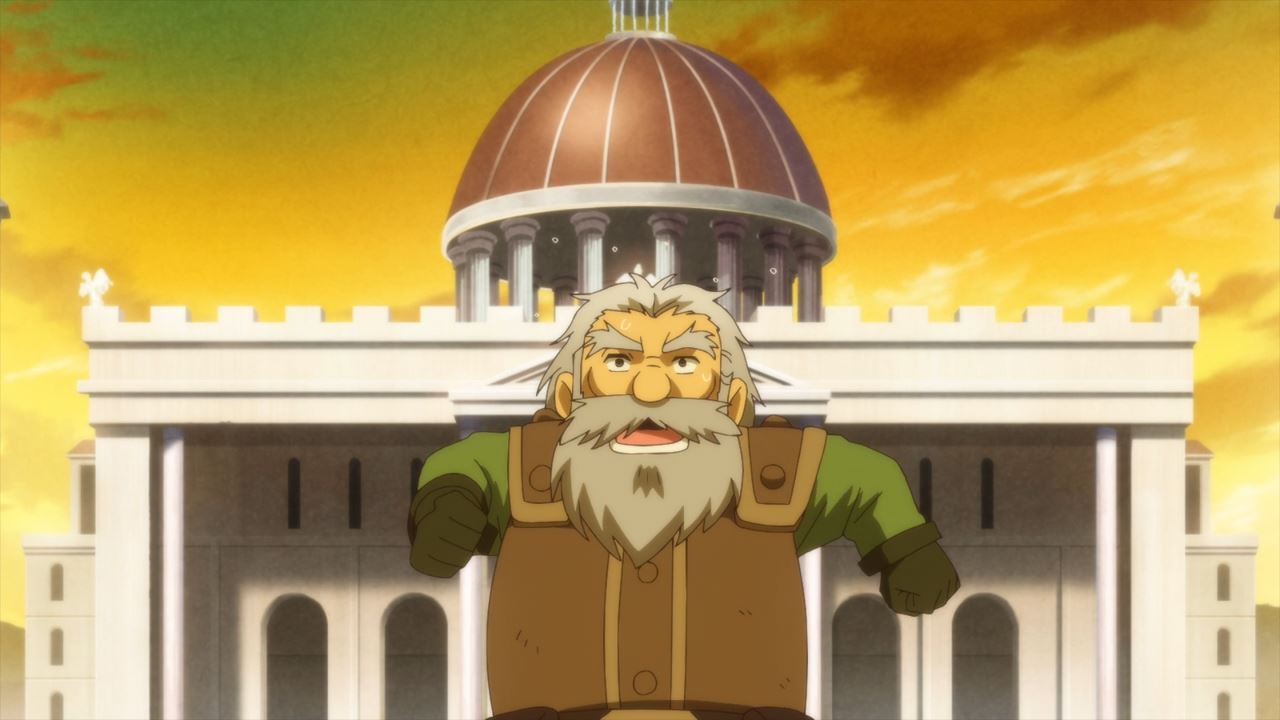 As for Kartatz, he just run away as the dwarf don’t want to get caught by Cayna’s wrath. Well then, looks like Cayna is back from her usual self. 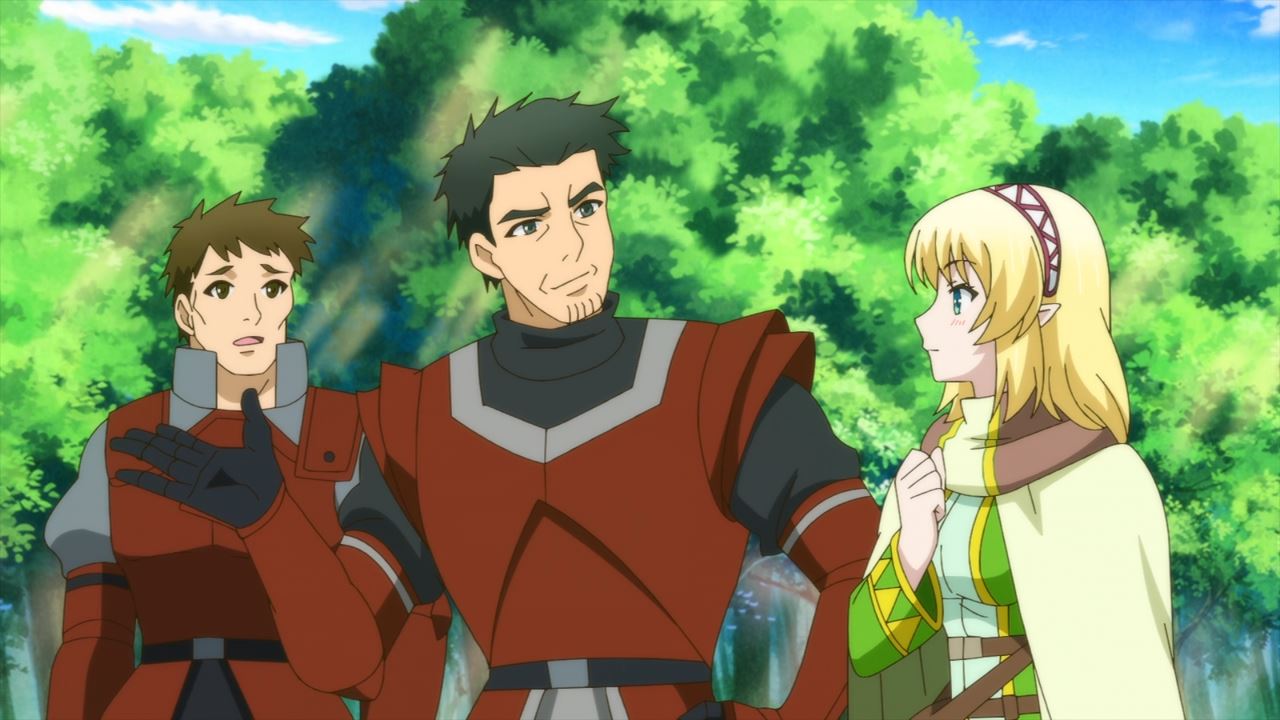 Now then, it’s time for Cayna to take on another quest where Elineh asked her to protect the caravan from bandits as they travel to Helshper. And speaking of travelling to Helshper, Mai-Mai asked Cayna to deliver a letter to Caerick.

Unfortunately, the caravan got hit a snag where the bridge in Ejidd River was destroyed due to a huge flood, therefore Arbiter and the rest asked Cayna for her assistance. Really, you’re treating her as some savior. 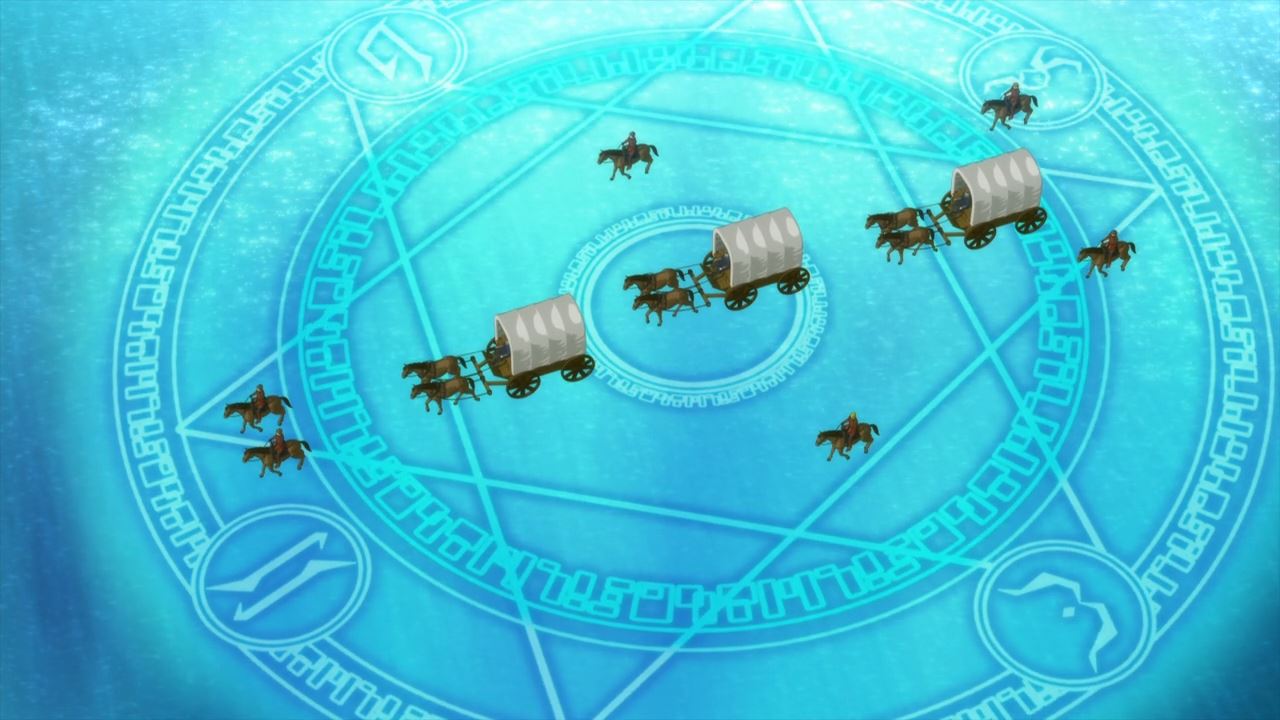 Anyways, Cayna’s solution is to let them walk safely on water by levitating the entire caravan. Sweet Jesus, Cayna is really a savior! 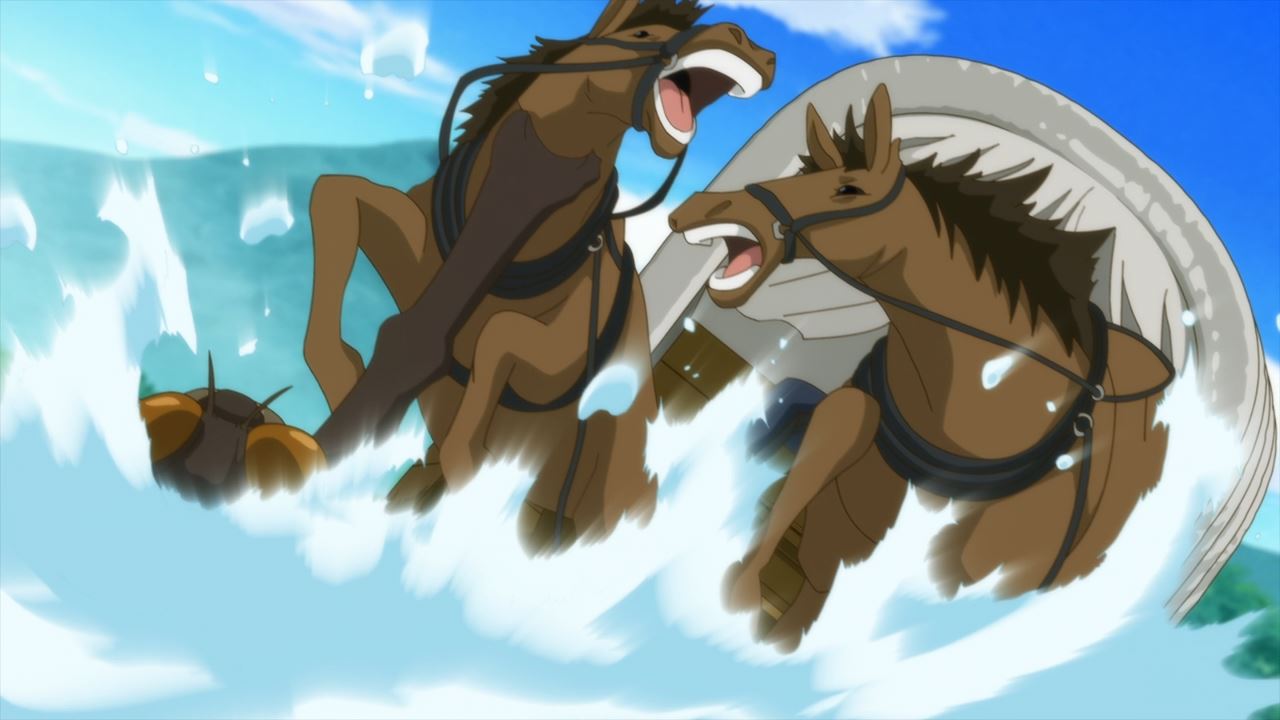 Well, except for these two horses where it got attacked by a giant centipede. This is a problem as one of the wagons might get abandoned due to lack of horses. 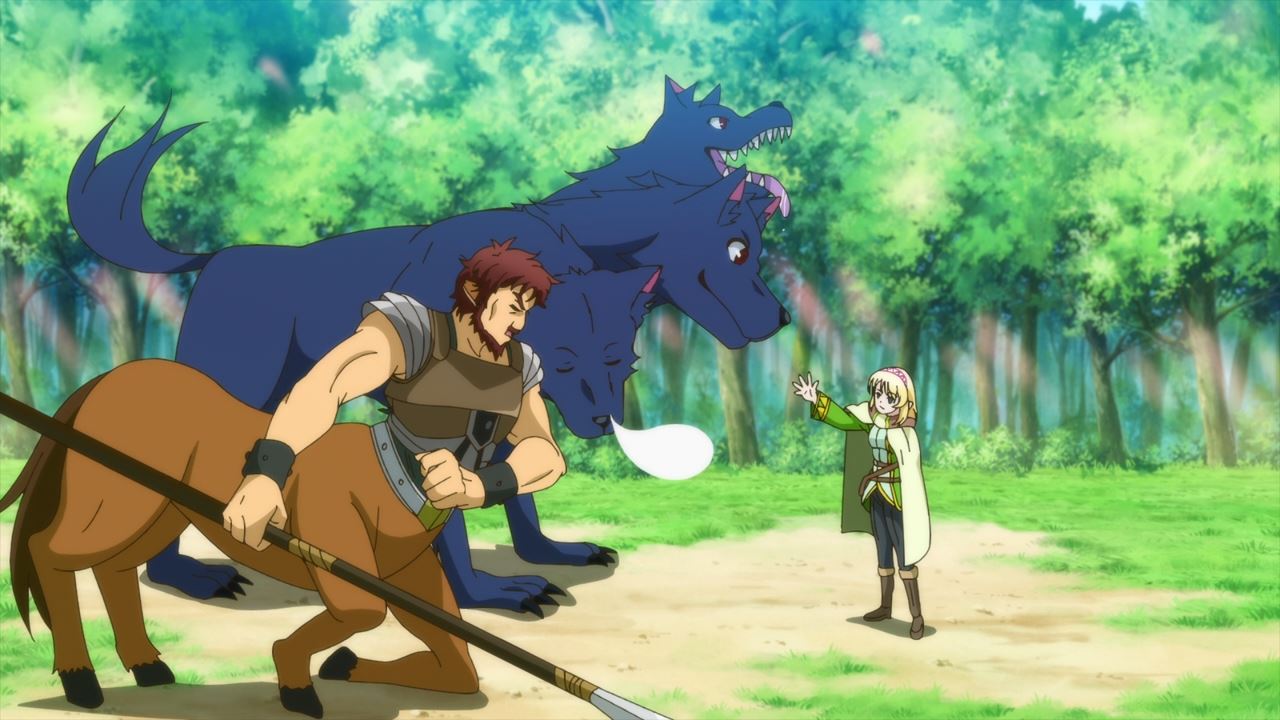 Fortunately, Cayna decides to summon Heigl the Centaur and Cerberus where they’ll become work horses, although Heigl told Cayna that he can’t do it. 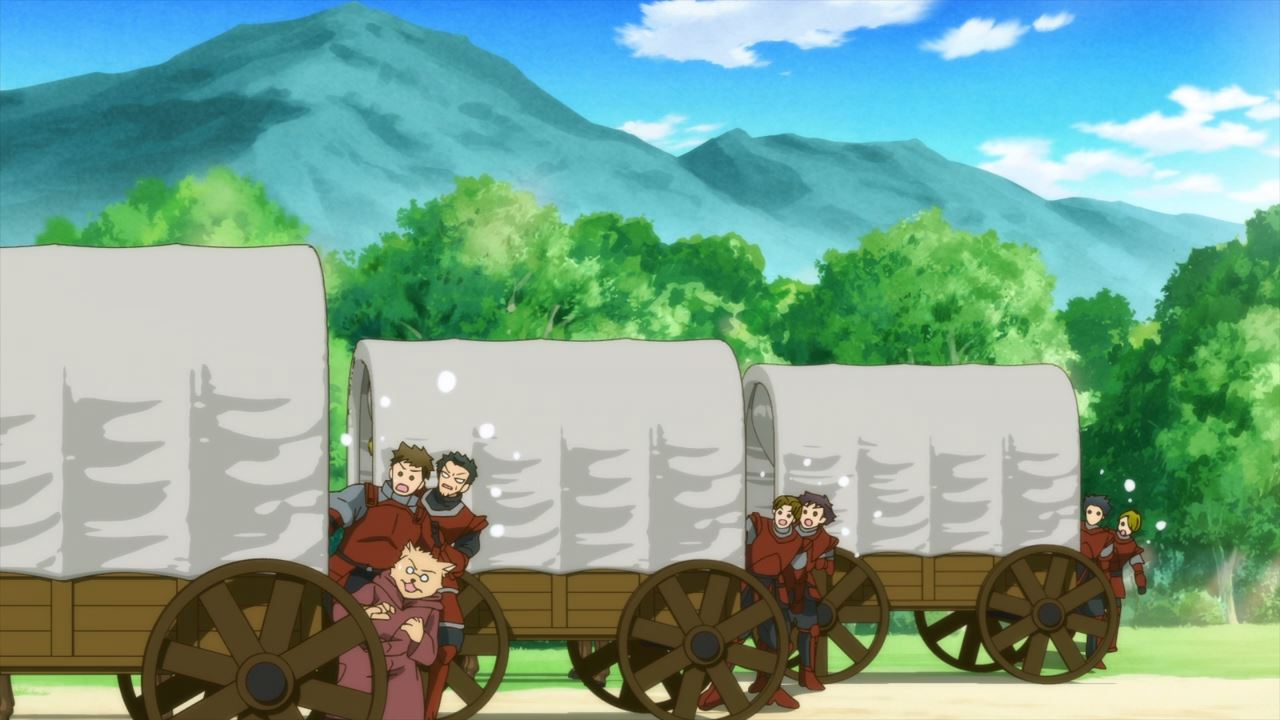 Oh, and not to mention that everyone is scared of having a centaur and a three-headed dog pull wagons. Even worse is that the horses might get scared and run away.

With that said, I think both Heigl and Cerberus will serve as bodyguards against bandits, but the problem of having a wagon without horses still remains. 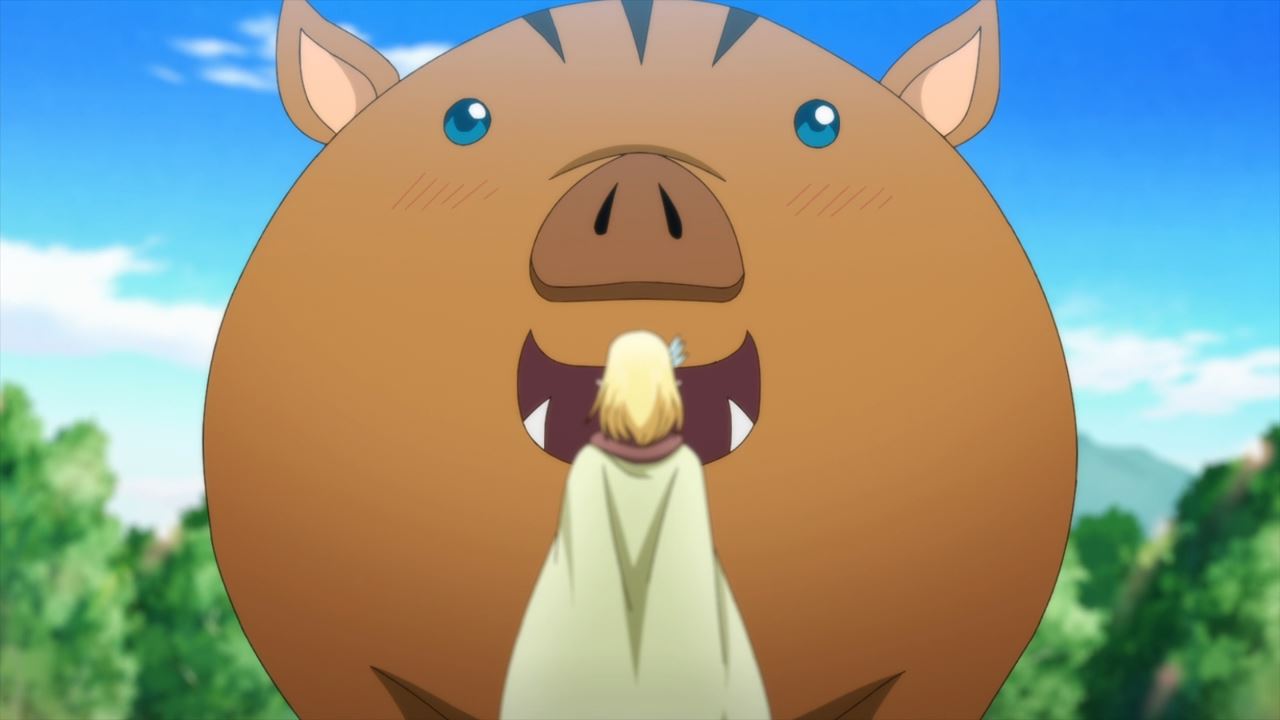 That’s until Cayna summons a giant boar named P-chan where despite its size, it’s the cutest pig ever!

Looks like the horse shortage is solved as the last wagon is being pulled by a giant boar. 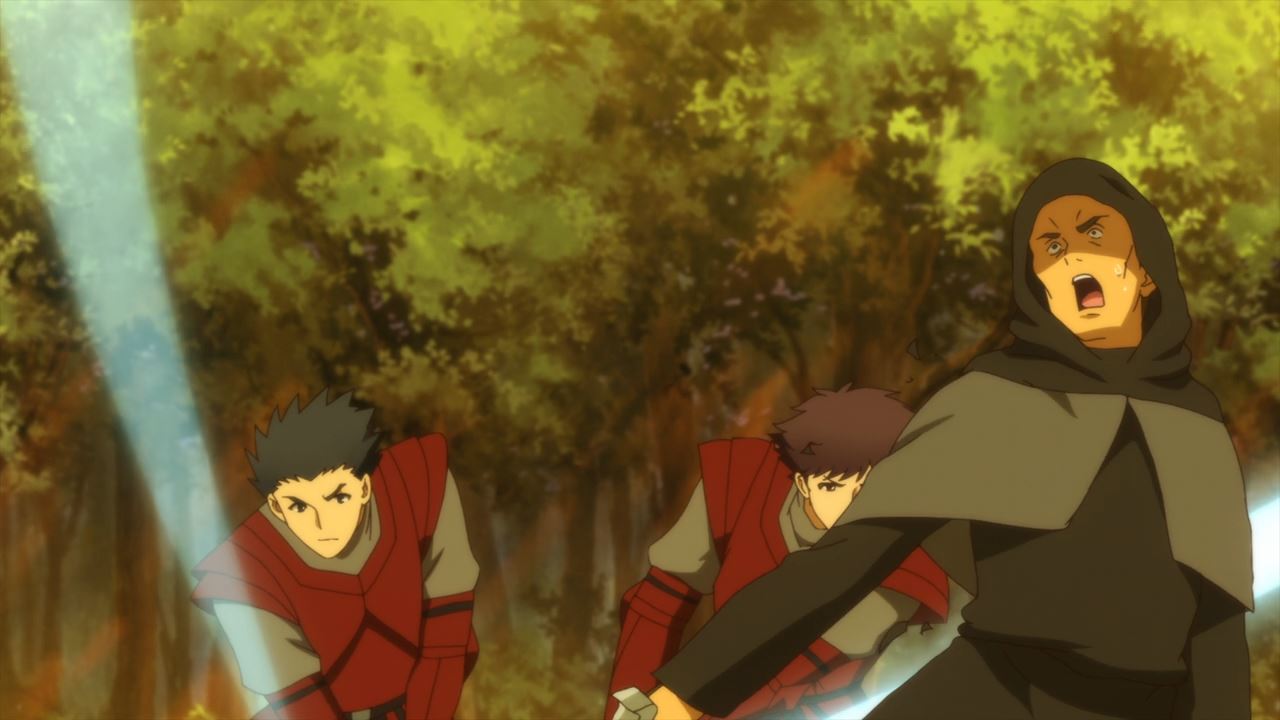 Unfortunately, the have to deal with bandits at the checkpoint, but good thing Elineh’s mercenaries managed to hold them off. 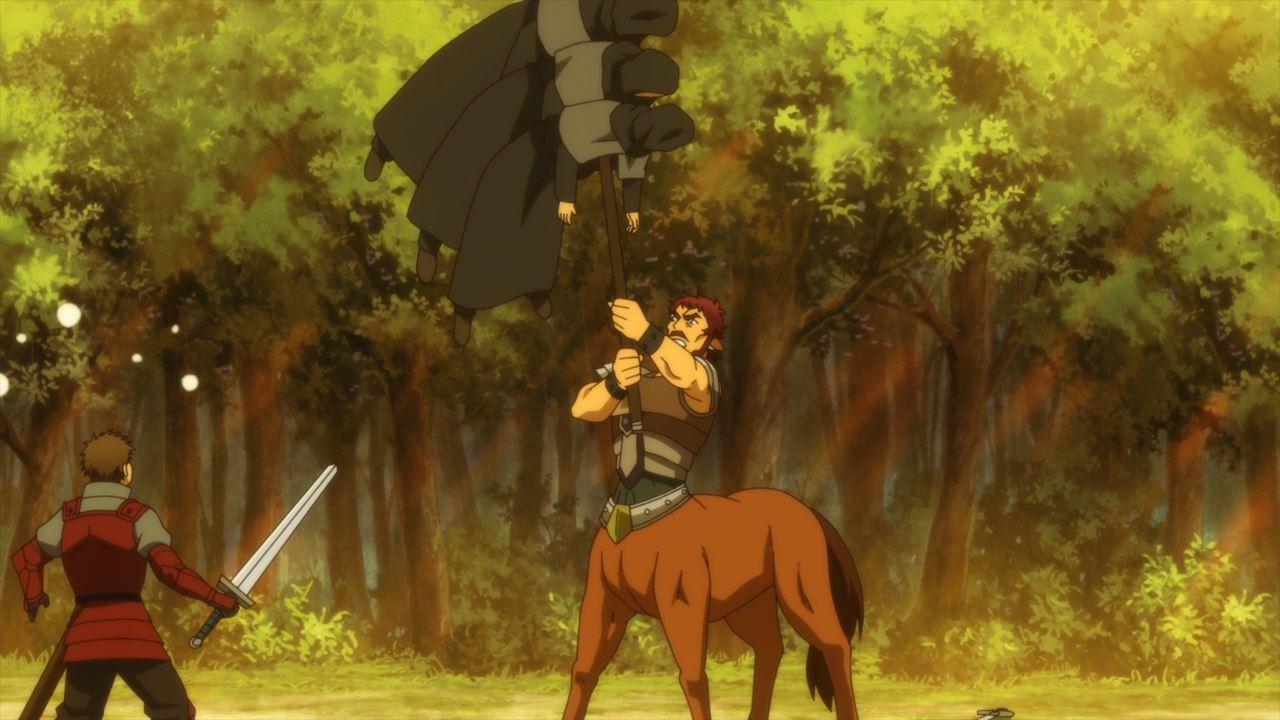 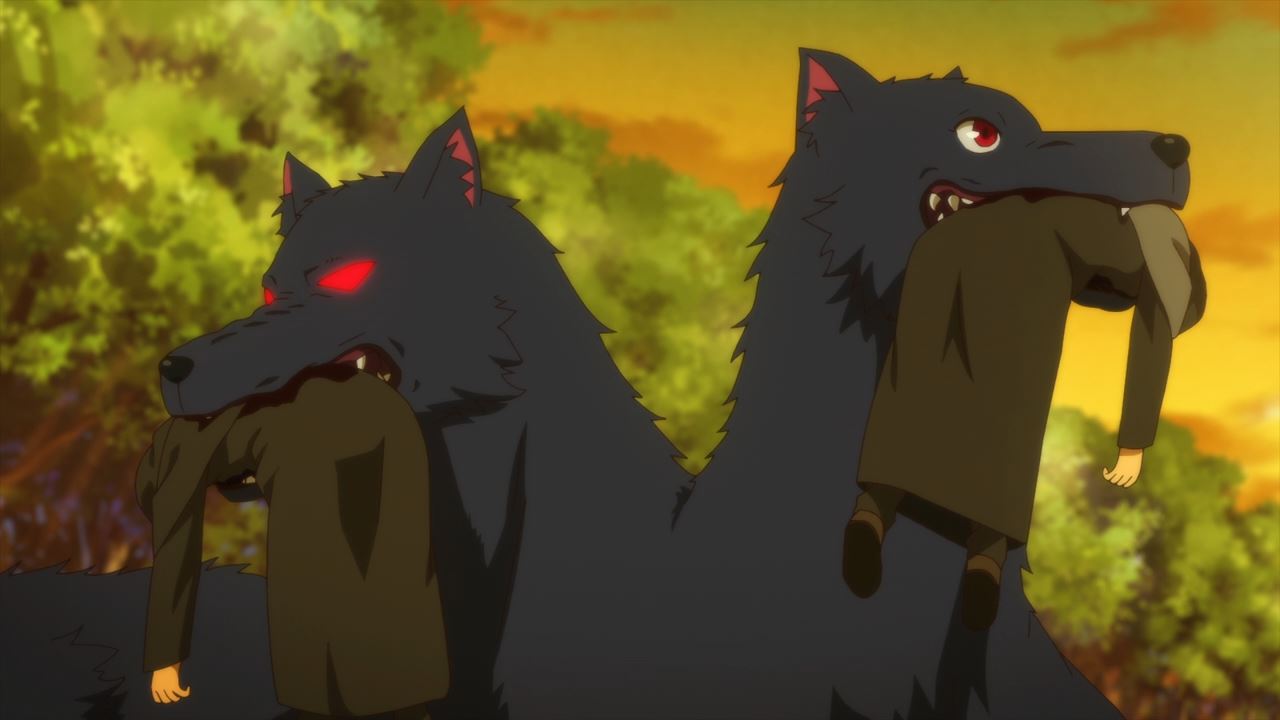 Oh yeah, and it looks like both Heigl and Cerberus are doing well as bodyguards, although let’s just say that they deliver some grievous bodily harm to those bandits. 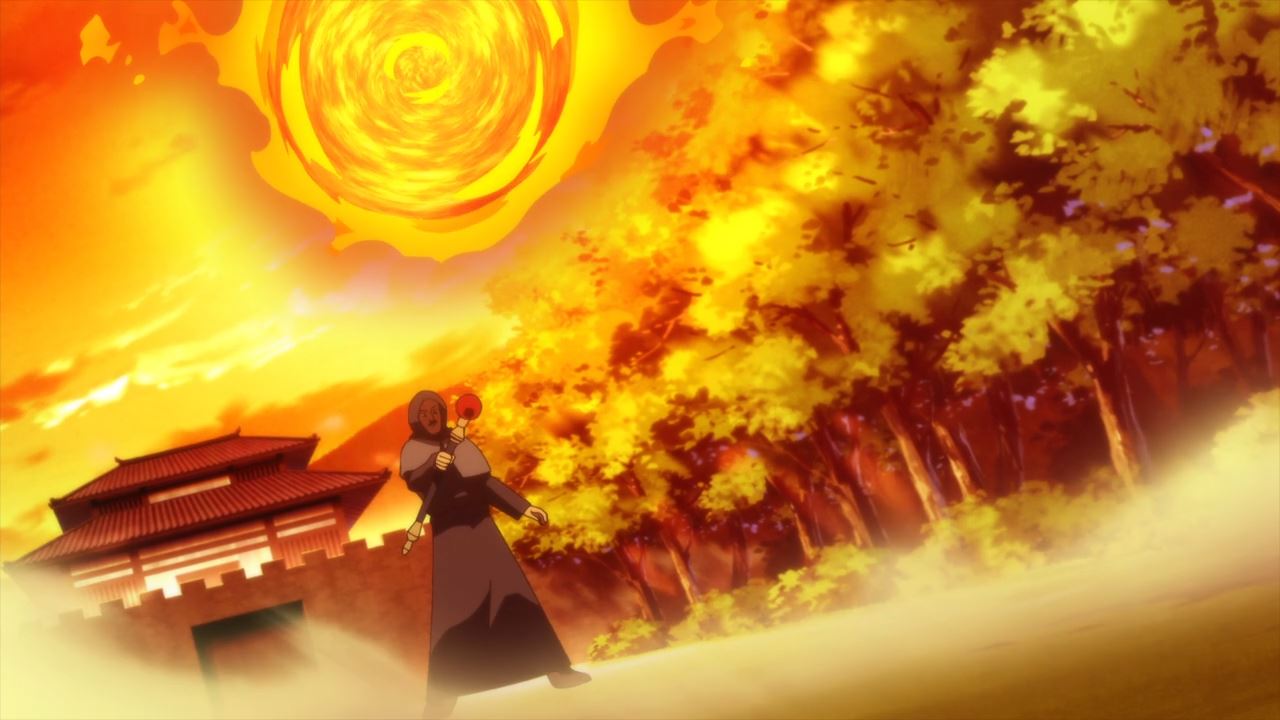 Meanwhile, looks like one of the bandits recruited a magician where he cast a giant fireball towards Cayna. 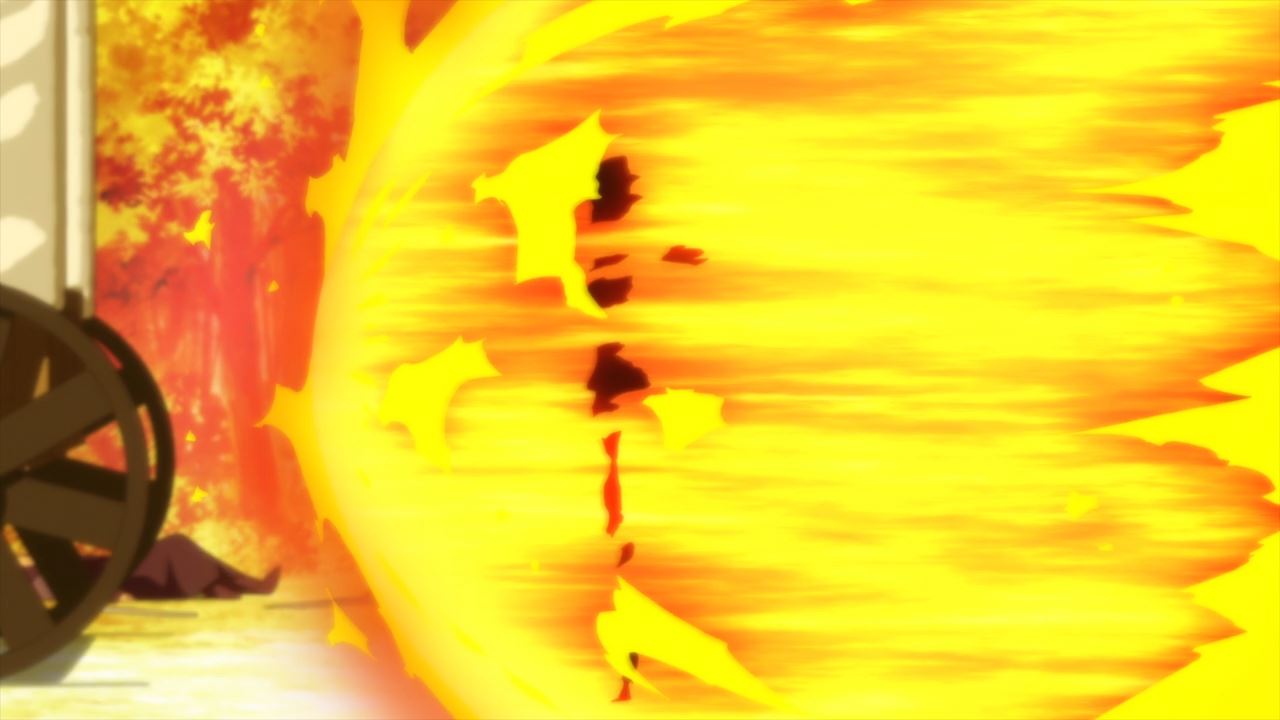 And while the magician scored a direct hit on the high elf, I don’t think he killed Cayna outright. 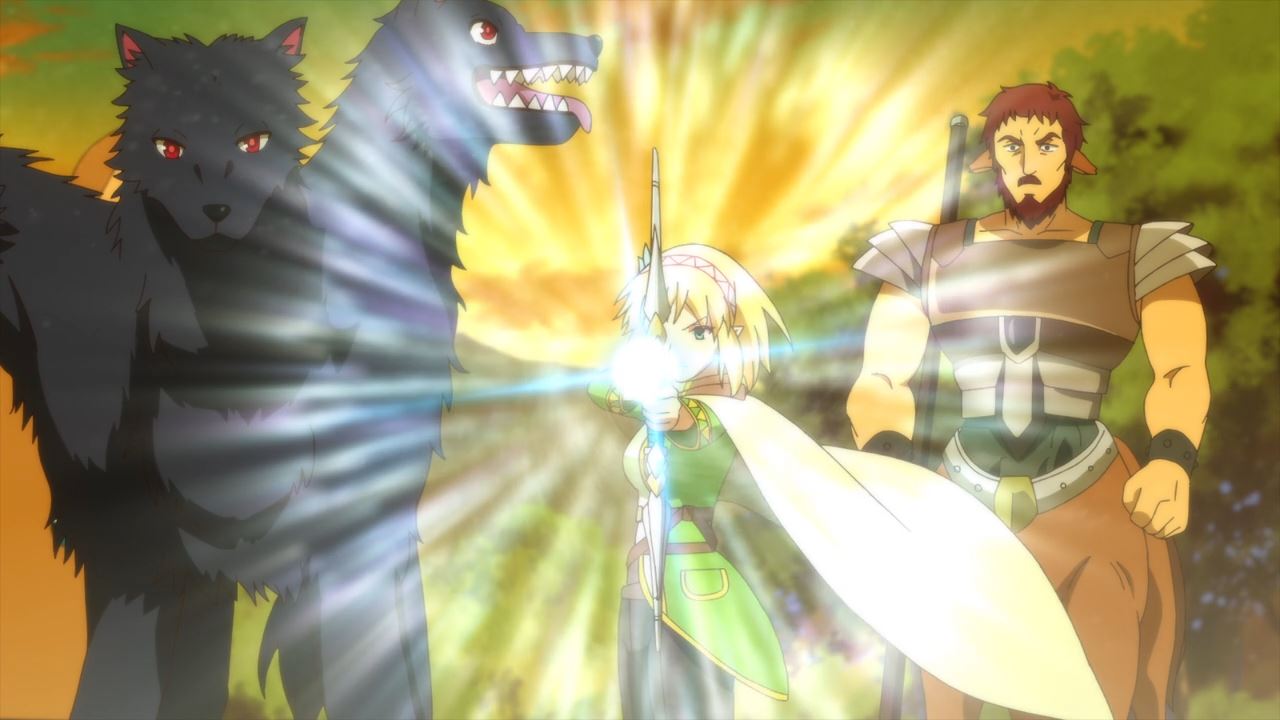 That’s because Cayna is mostly indestructible as she’s about to fire an ice arrow towards the rouge magician. Honestly, that bandit already sealed his fate. 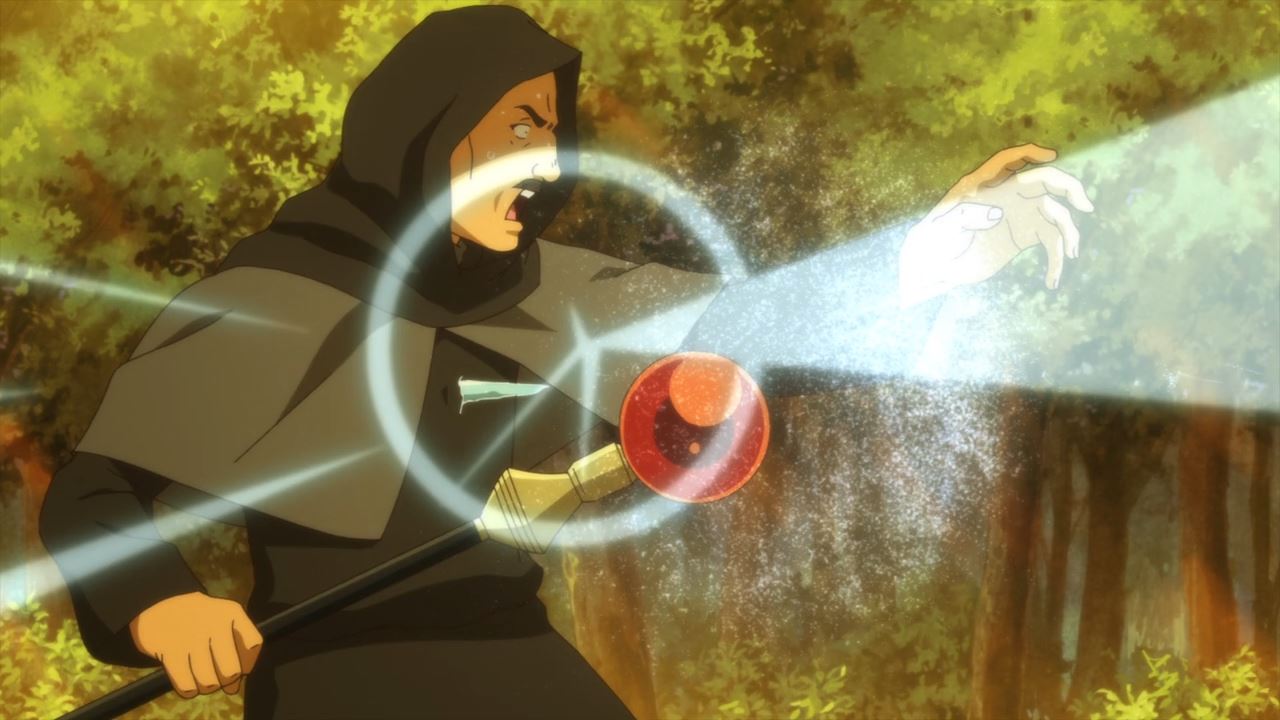 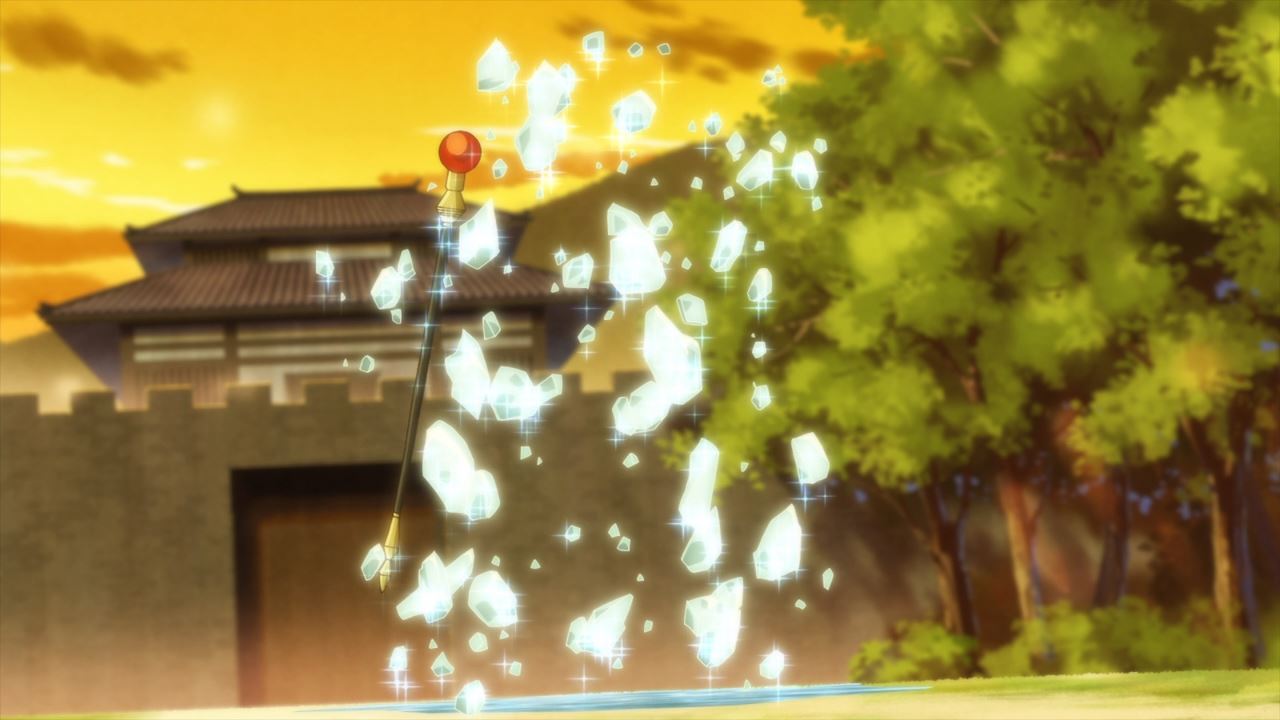 But anyways, the bandits are defeated as Elineh and his caravan can move forward to the next town.

Of course, seeing that rouge magician being reduced to a pile of ice cubes is the most brutal way to die. 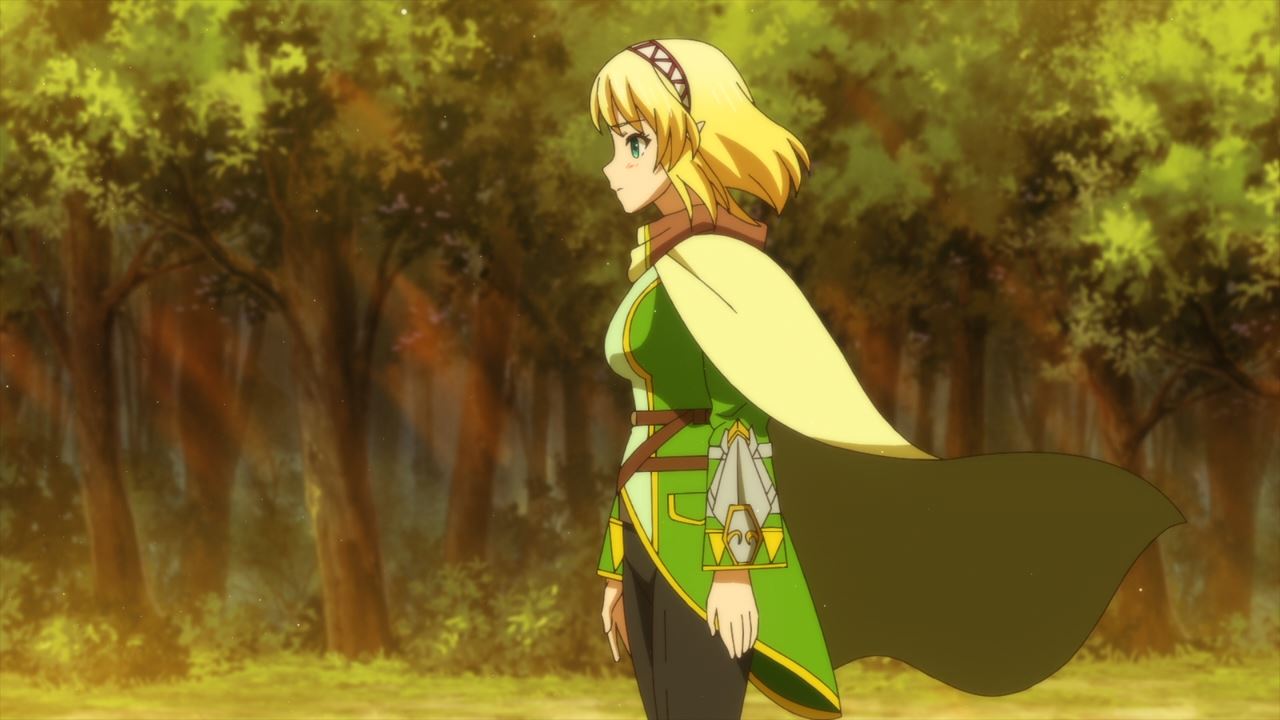 For Cayna, this is her reality as being killed in Leadale is permanent. While I doubt that she’ll die easily given that Cayna is the strongest player around, she can’t make mistakes that might spell doom for her.

But that’s about it for this episode as the caravan will continue their journey to Helshper. Let’s hope that they’ll arrived there safely…