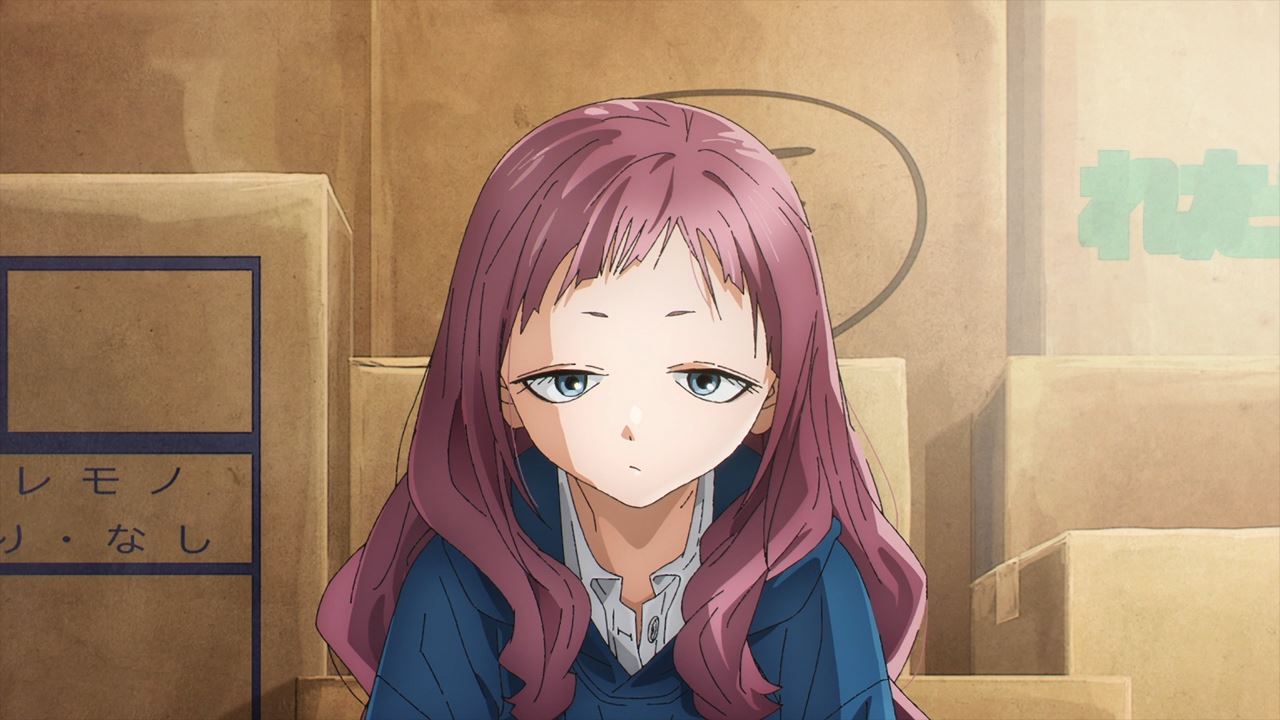 Let’s start this episode with the introduction of the president of the drama club as Komichi Akebi is starting her first day.

Sadly, both Akebi-chan and the club president are the only active members so they need to recruit more. 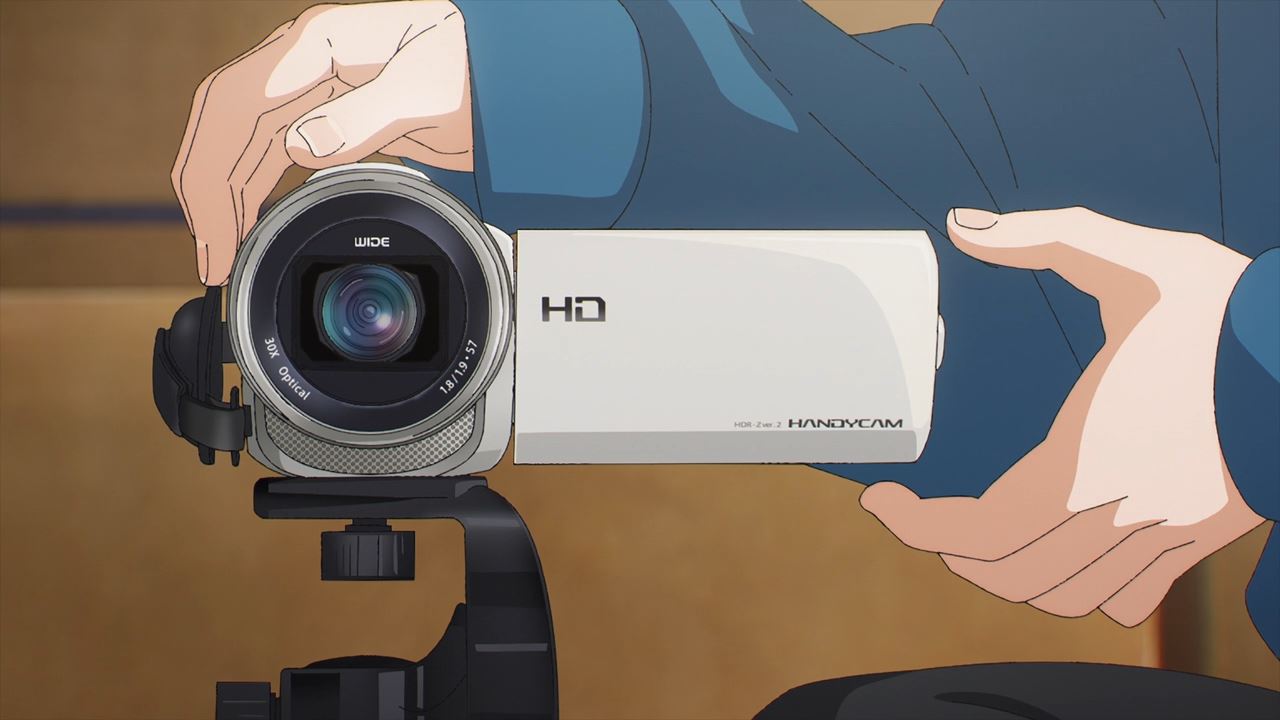 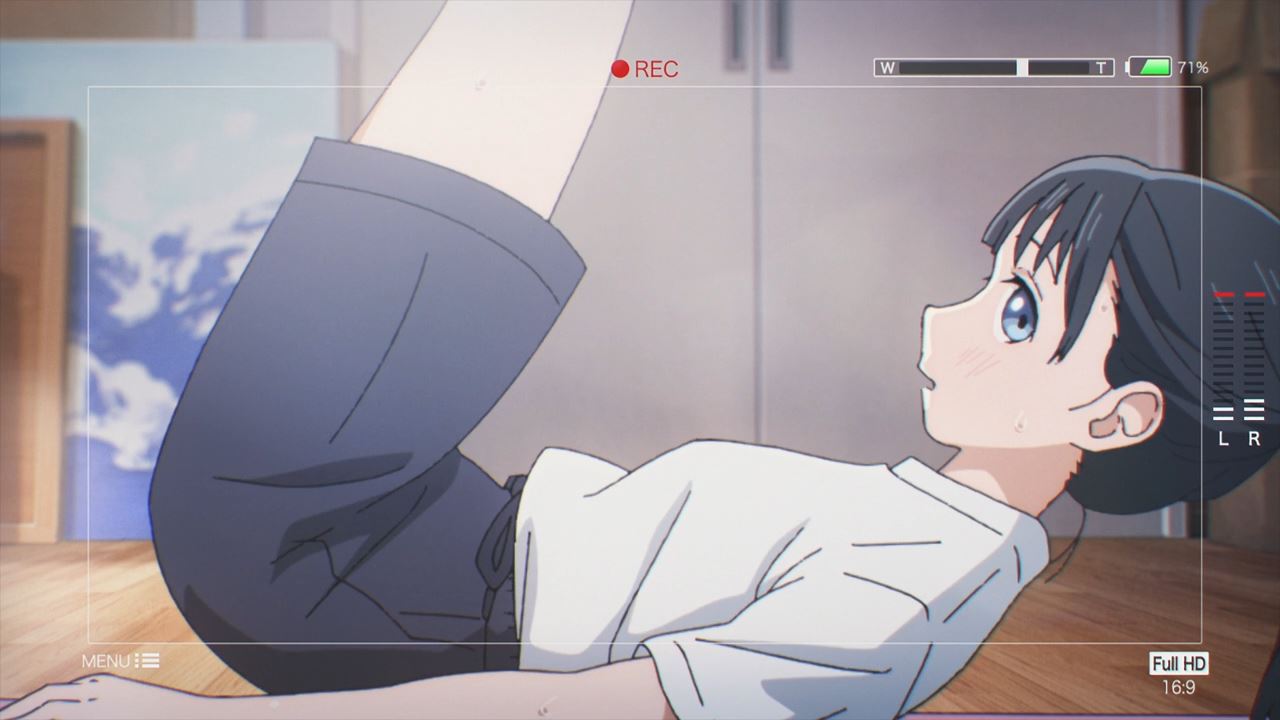 Speaking of Akebi-chan, she’s doing some exercise while being recorded by her club president. Of course, I’m hoping that the drama club will be successful or Komichi will be feeling disappointed if her club didn’t succeed. 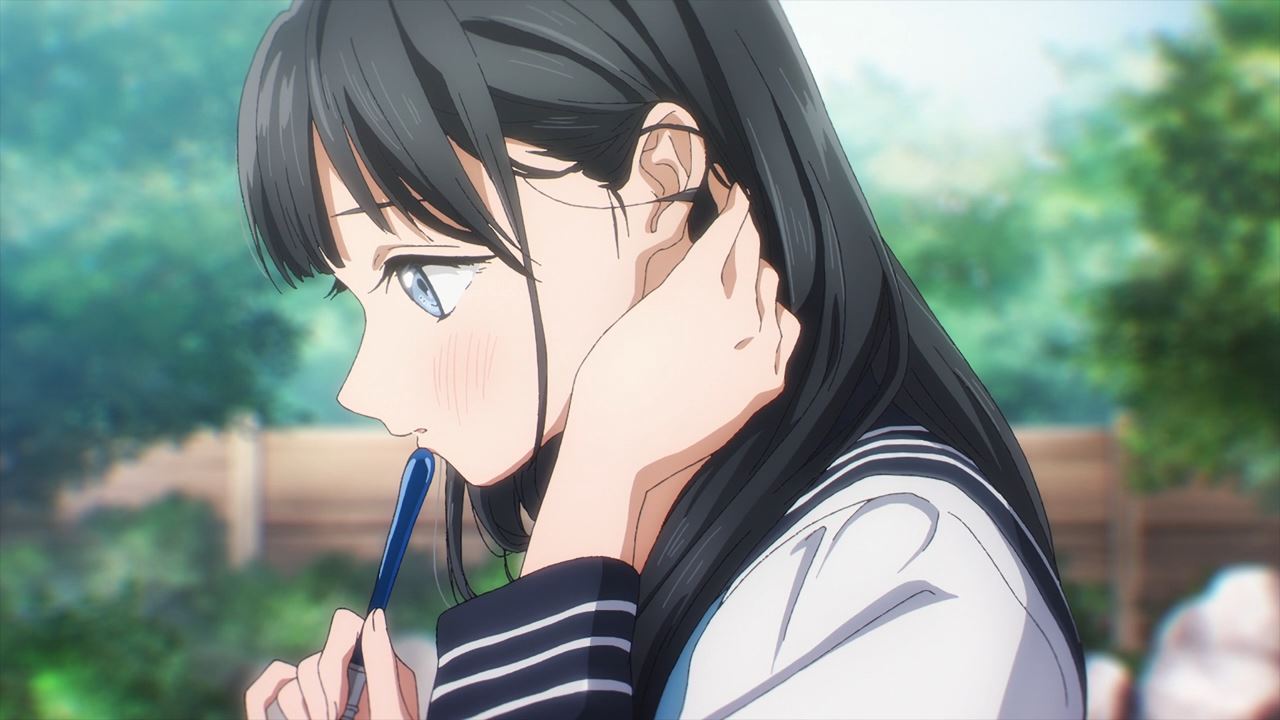 For now, Komichi Akebi is helping Kei Tanigawa by being a model. Turns out that Tanigawa joined the photography club as she’s making an album with Akebi-chan as her subject. 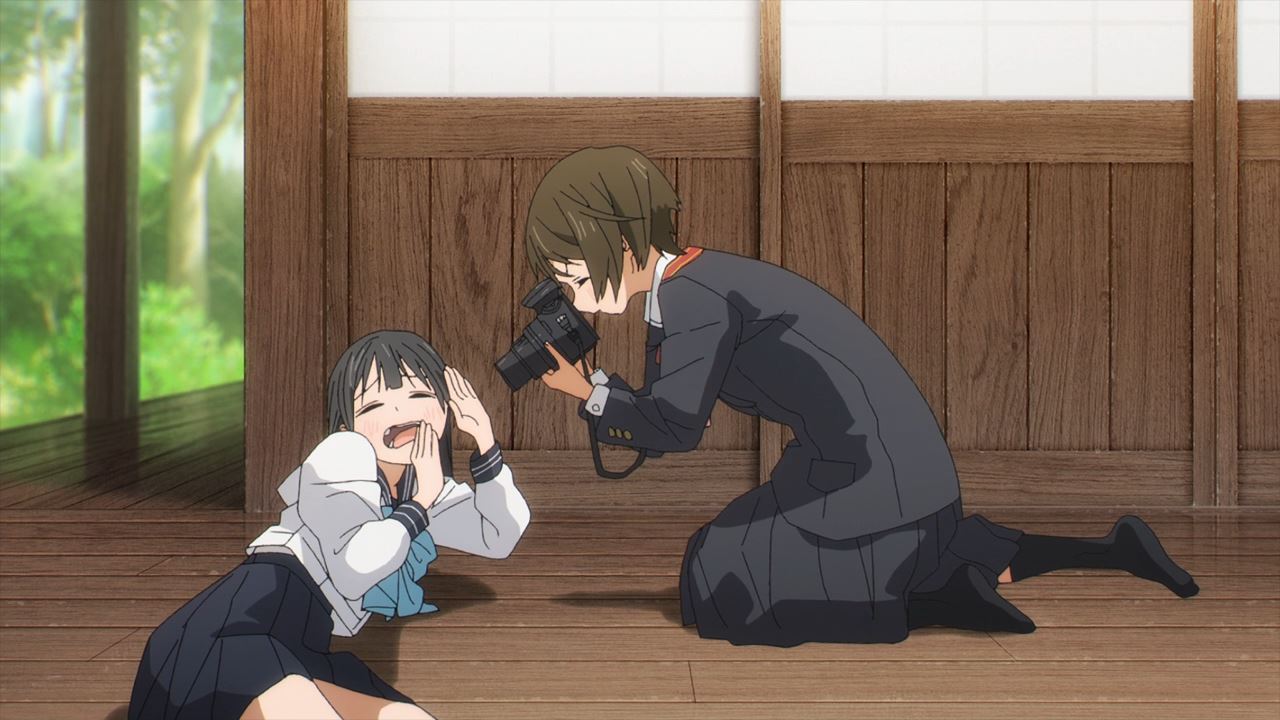 Then again, Tanigawa is being so eager to take pictures of Akebi-chan that she’s really scared towards her classmate. Still, I’m hoping that it goes smoothly… 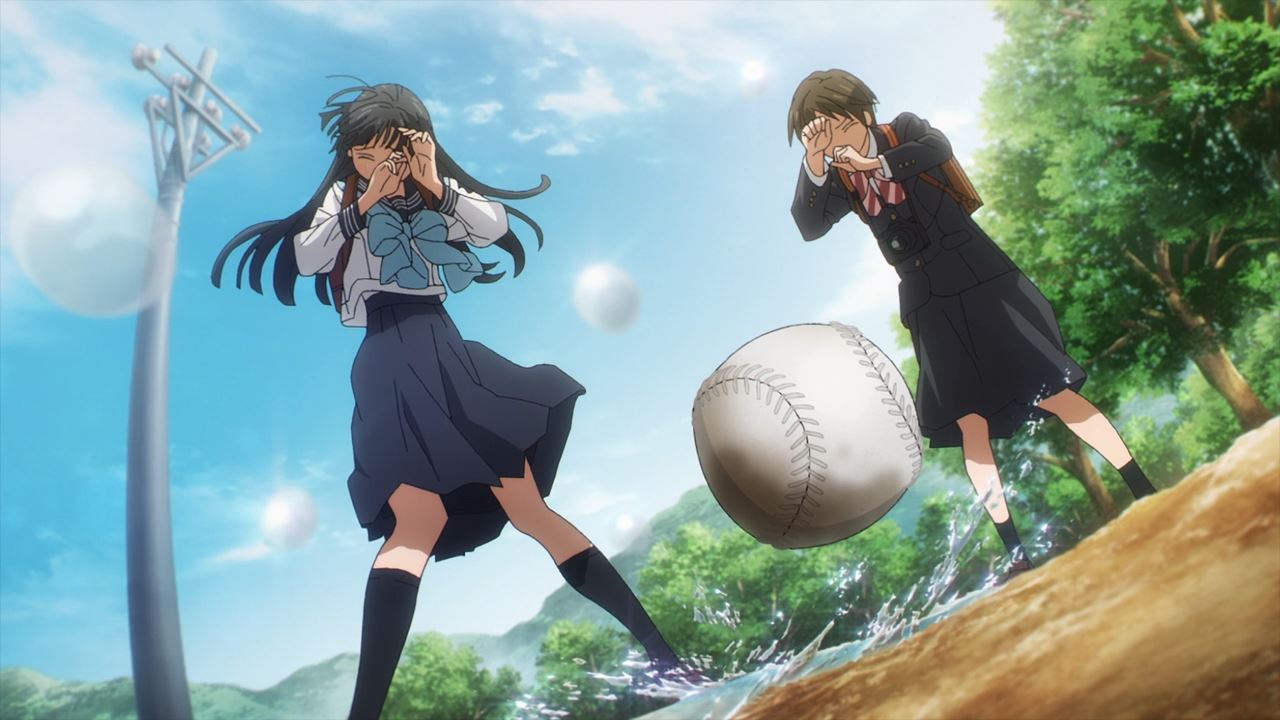 That’s until someone throws a softball towards a puddle of mud which sullies Akebi’s uniform. Okay, who did that? 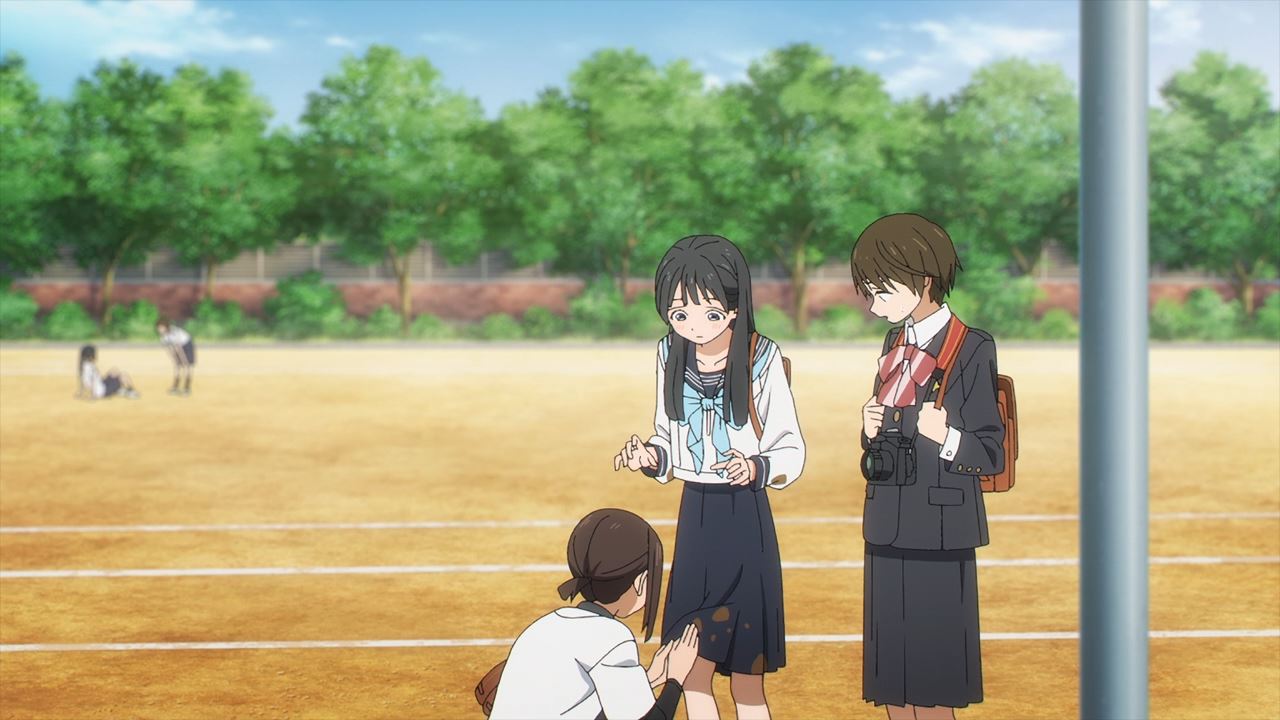 Turns out that it’s actually Touko Usagihara where she didn’t catch the fly ball on time. Thus, she decides to take responsibility as Usagihara takes Akebi-chan to the Mangetsu Dormitory. 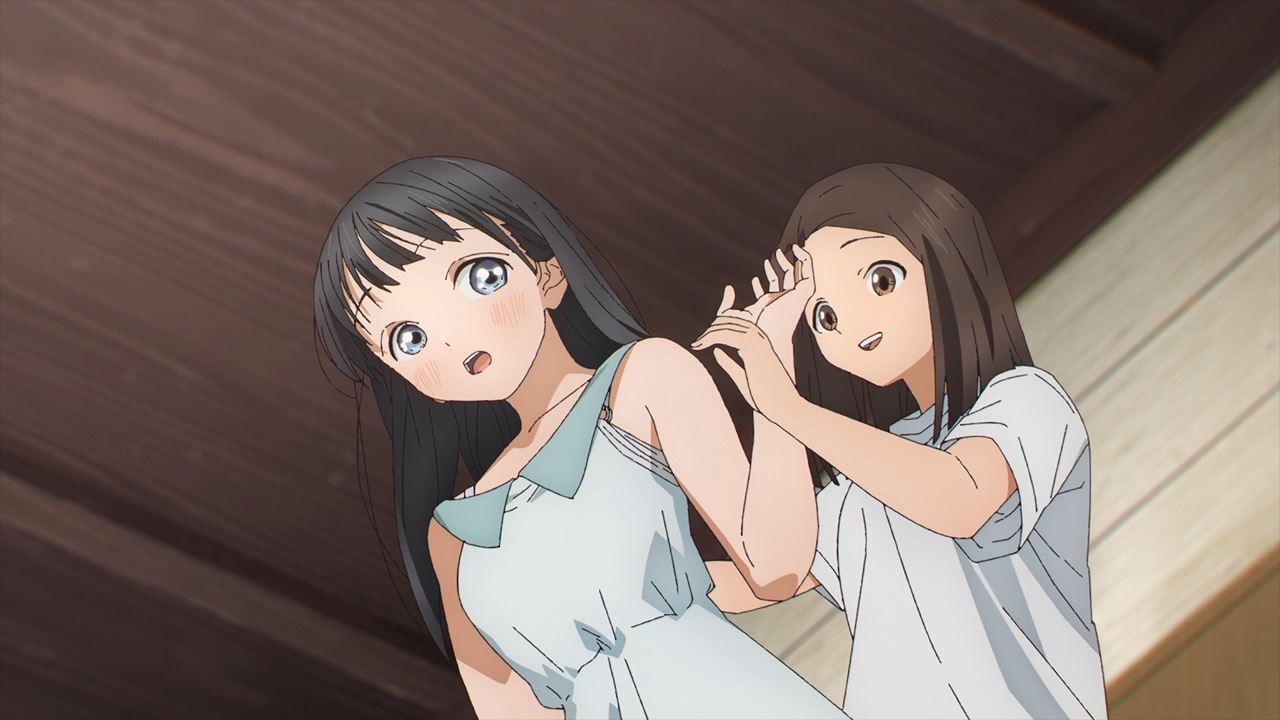 But first, Touko will have to change Komichi’s clothes first as she’ll wash Akebi’s uniform. Come to think of it, Akebi-chan looked stunning in her blouse. 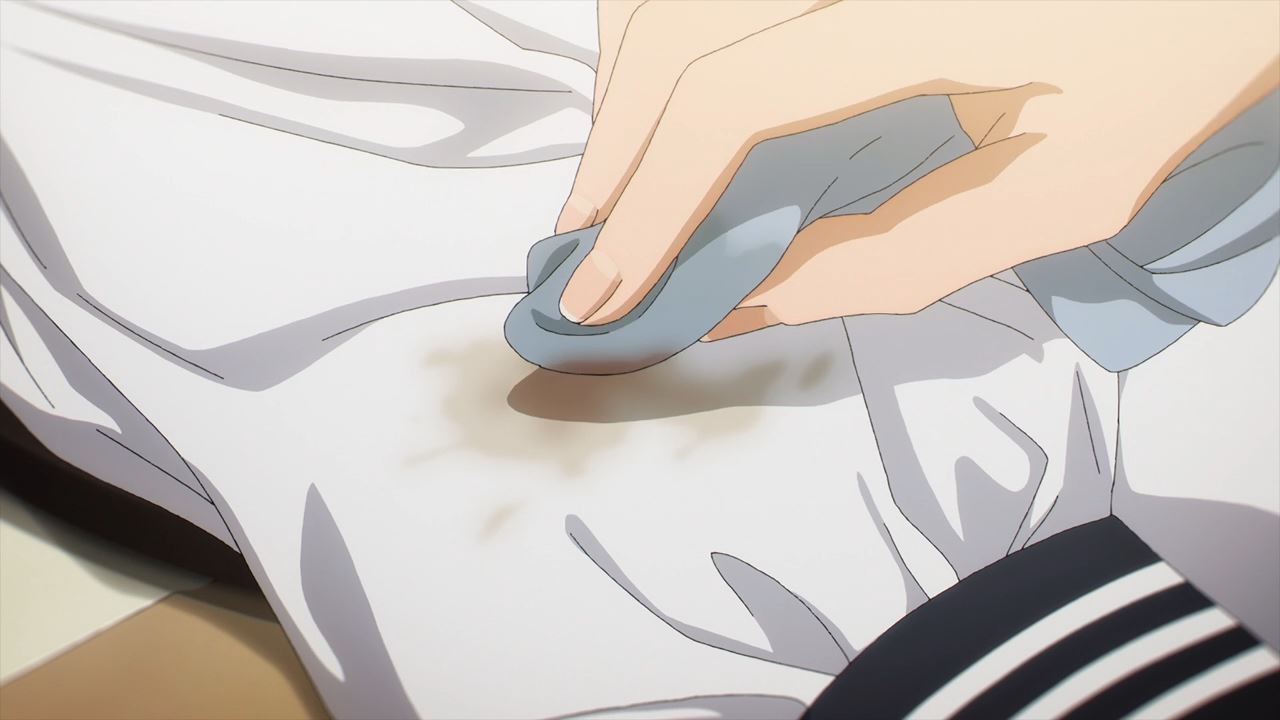 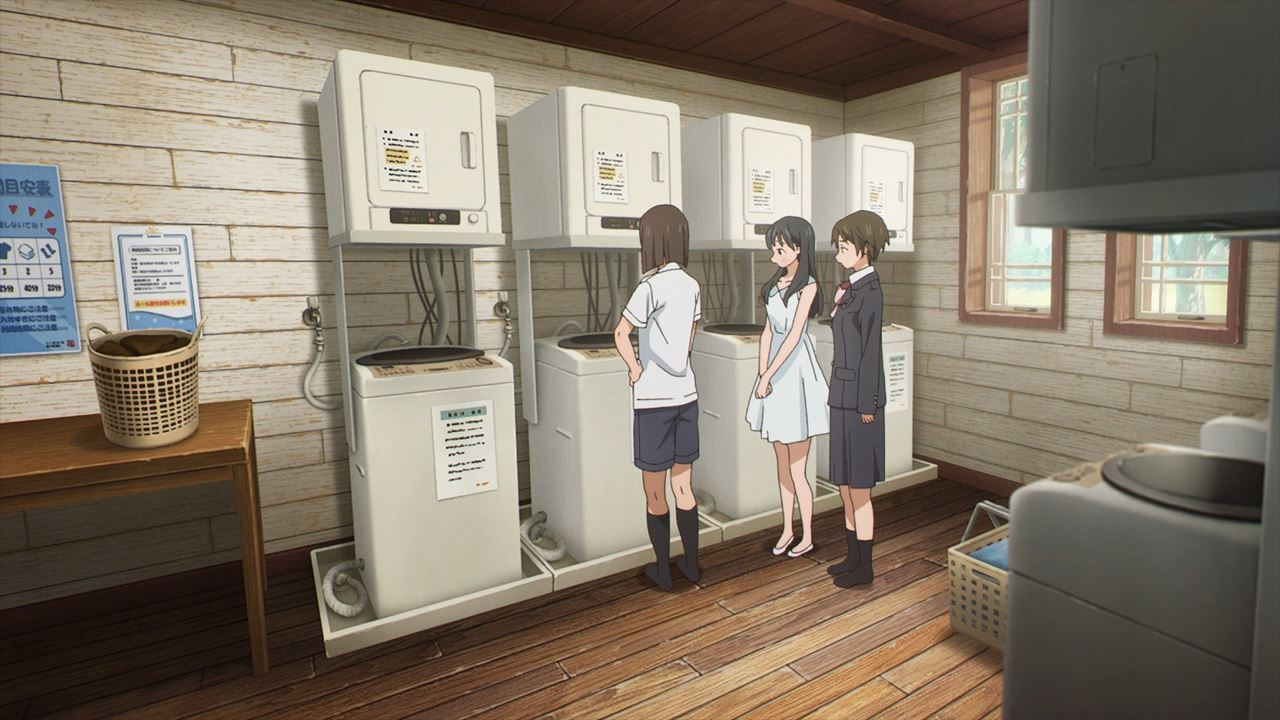 Anyways, Touko Usagihara will put Komichi Akebi’s sailor uniform to the washing machine until all the stains are removed. For the time being, Akebi-chan and Kei Tanigawa will have to stay at the dorms until her uniform is cleaned. 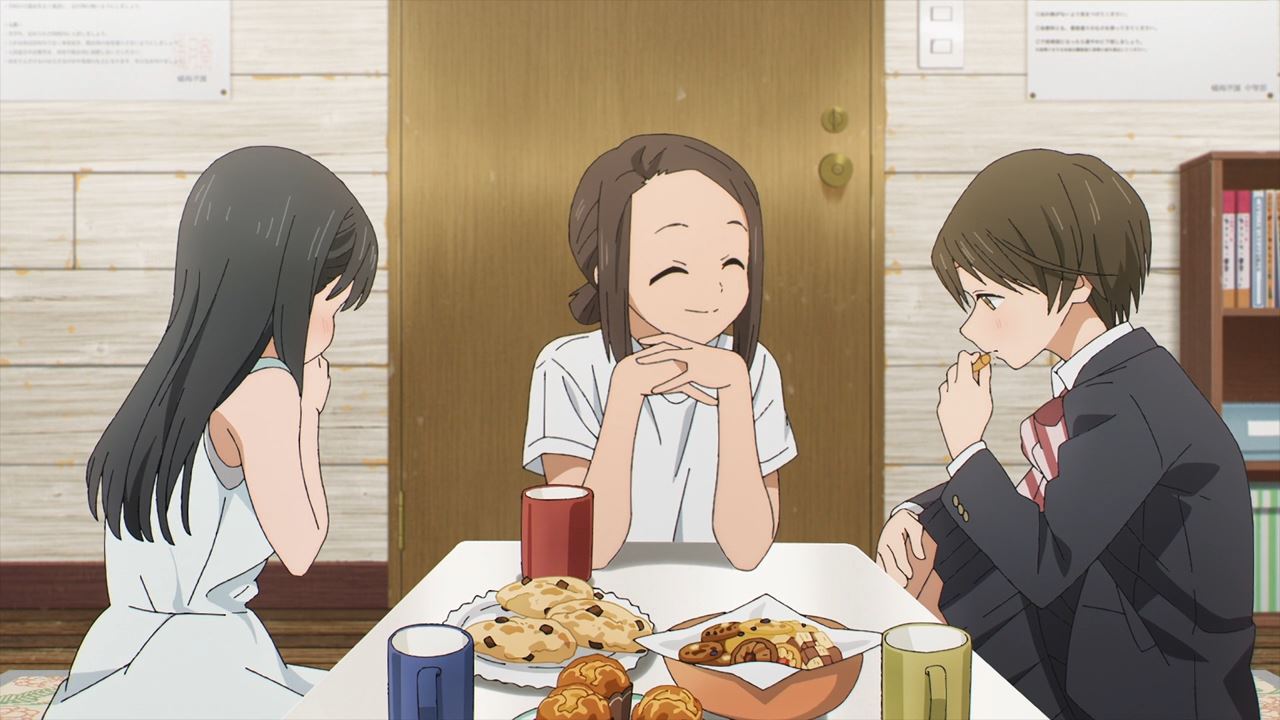 Now then, here’s Touko Usagihara where she baked some cookies for both Komichi Akebi and Kei Tanigawa.

I’m really surprised that she not’s only a member of the softball club, but Usagihara can make cookies in her spare time. 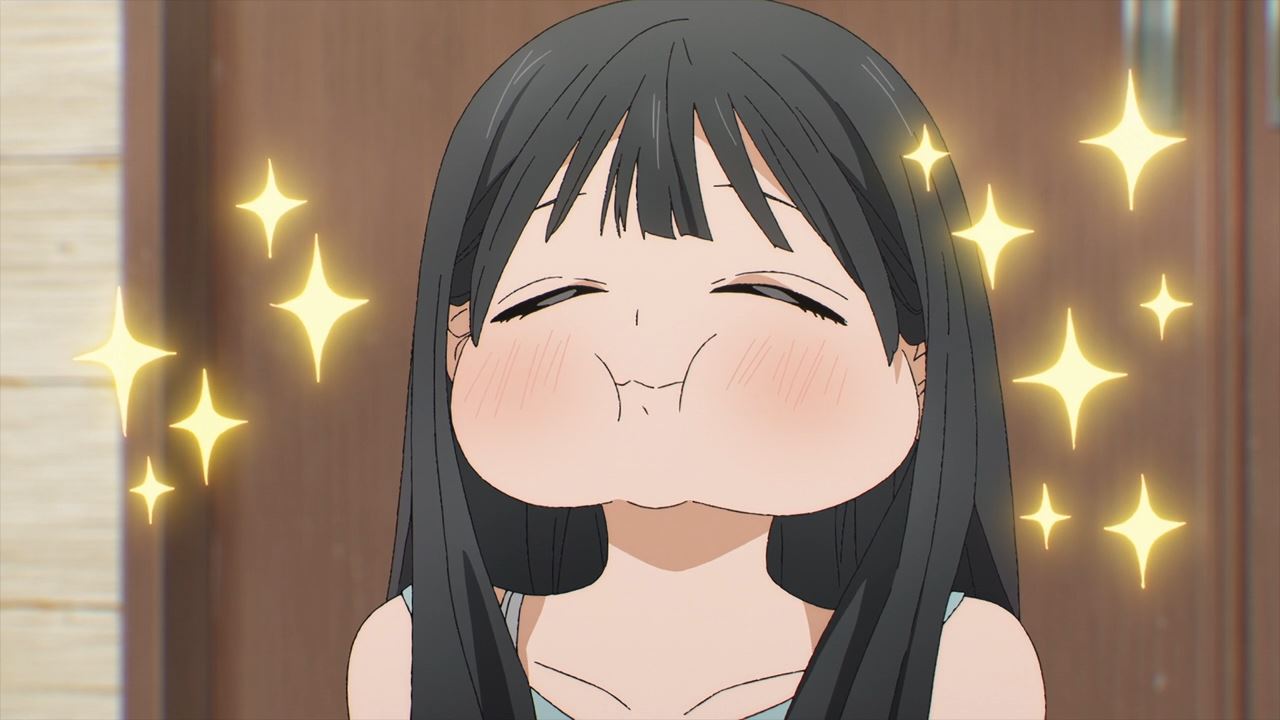 Oh yeah, looks like Akebi-chan loved Usagihara’s cookies that she ate lots of it. By the way, I wish someone would touch Akebi’s puffy cheeks. 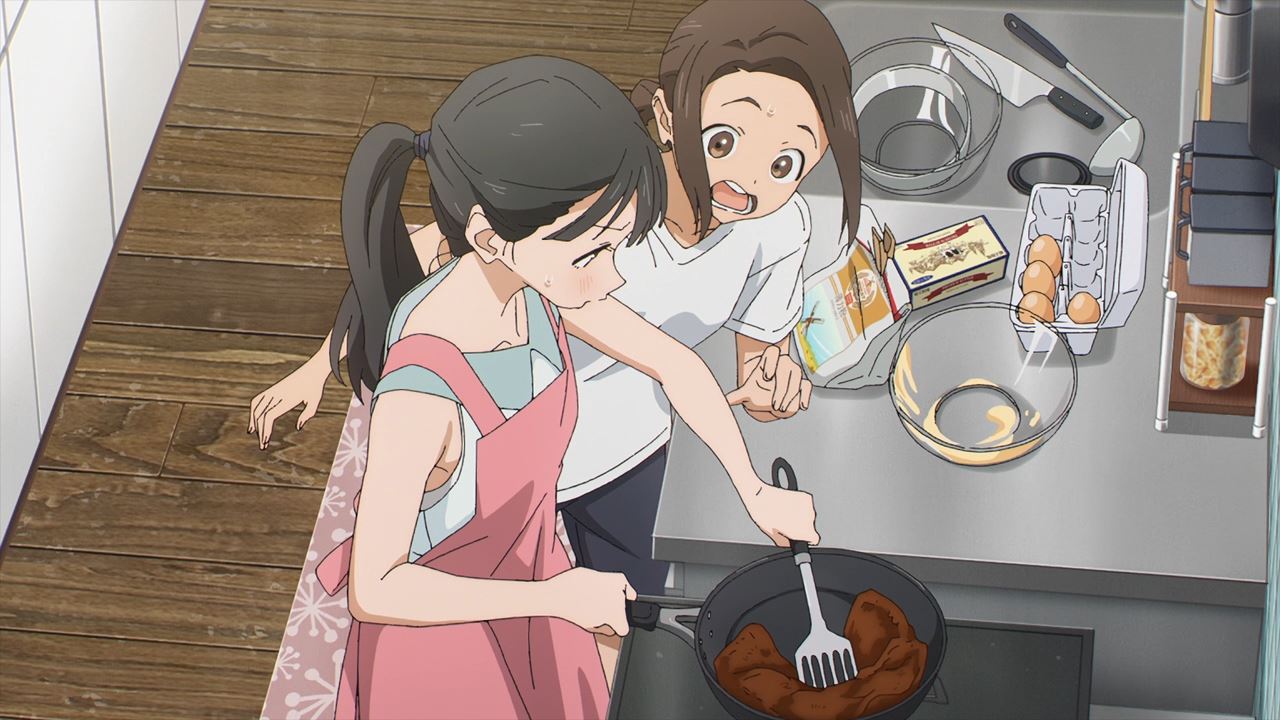 Meanwhile, it looks like Akebi-chan tries to cook some food, but it turns out that she’s not good at it as Usagihara tries to stop her friend to no avail. 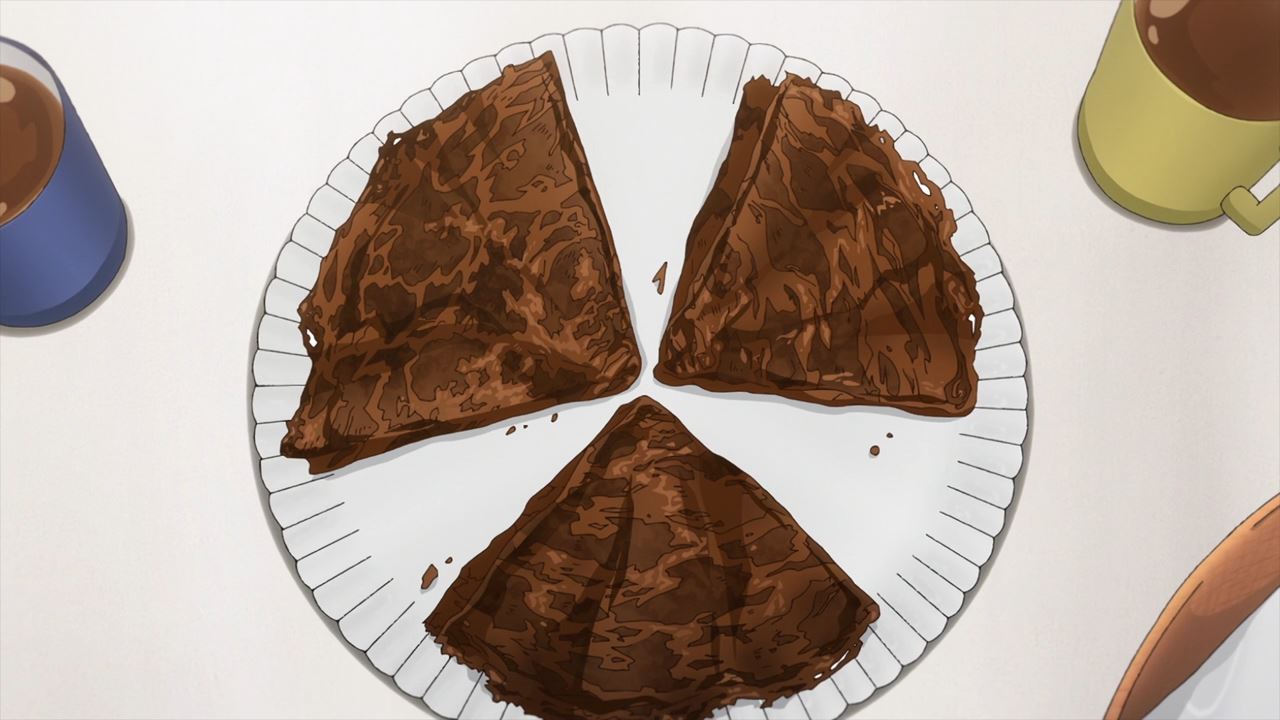 Anyways, here’s Komichi’s crepe where it’s a bit burned outside. But how’s the taste? 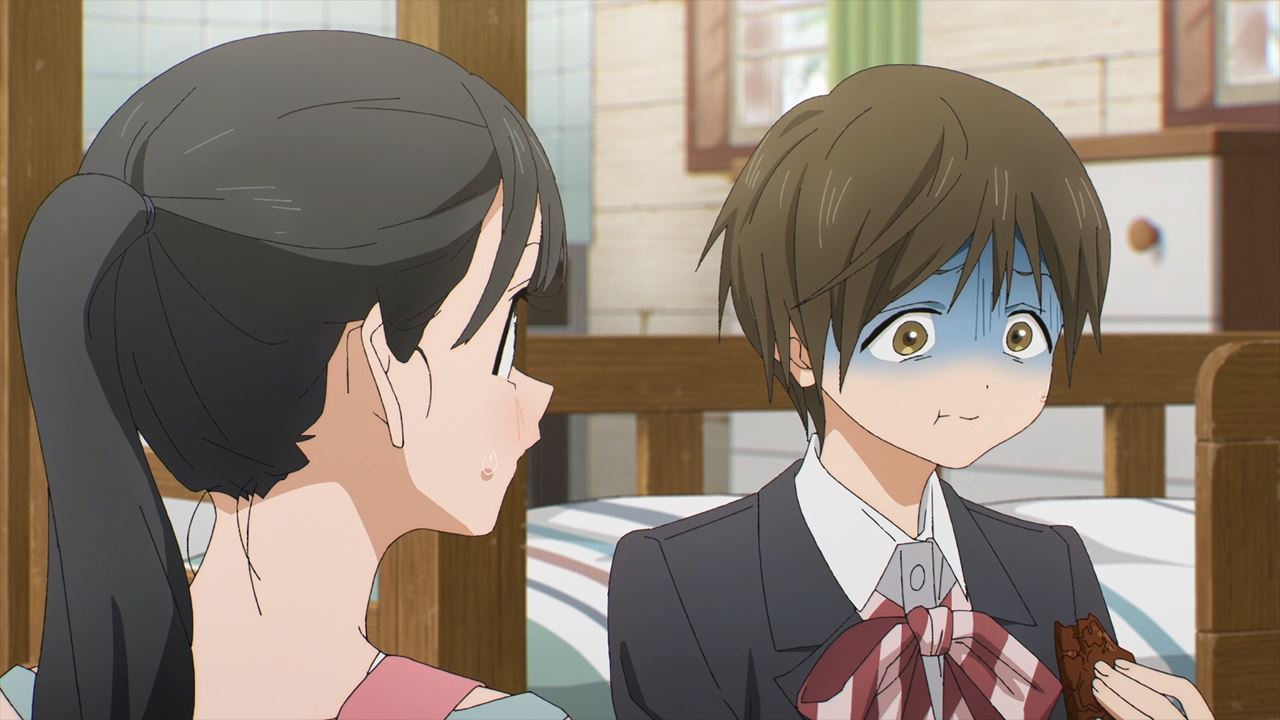 Oh, seems that Tanigawa found it awful upon taking a bite at Akebi’s crepe. I have to say that she’s not good at cooking after all. 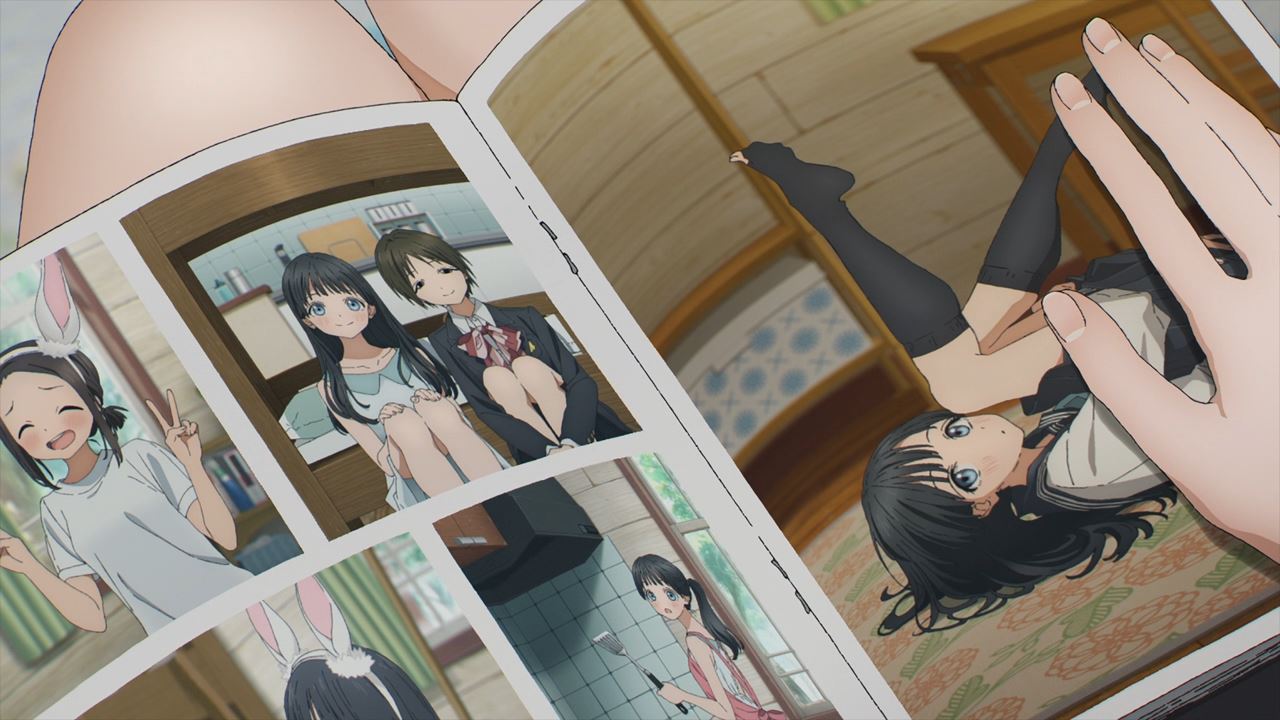 But still, Kei Tanigawa managed to finish her project where it turned out great, although it appears that Akebi’s socks got some big holes as she runs a lot. I think she should buy another pair next time. 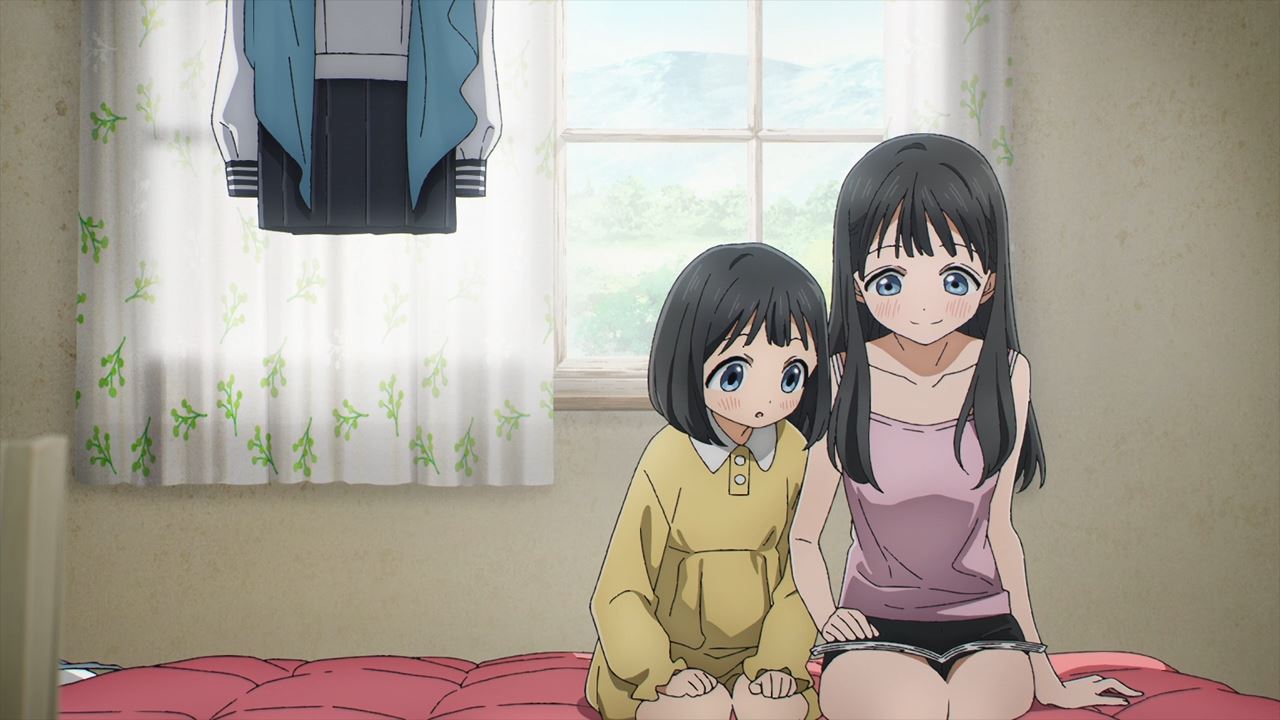 And that’s about it for this episode where Akebi’s uniform is cleaned thanks to Usagihara. C’mon, Touko is emitting her motherly energy where cleaning clothes and cooking food.

Anyways, I’ll see you next time as I’m hoping for Komichi’s success at the drama club!