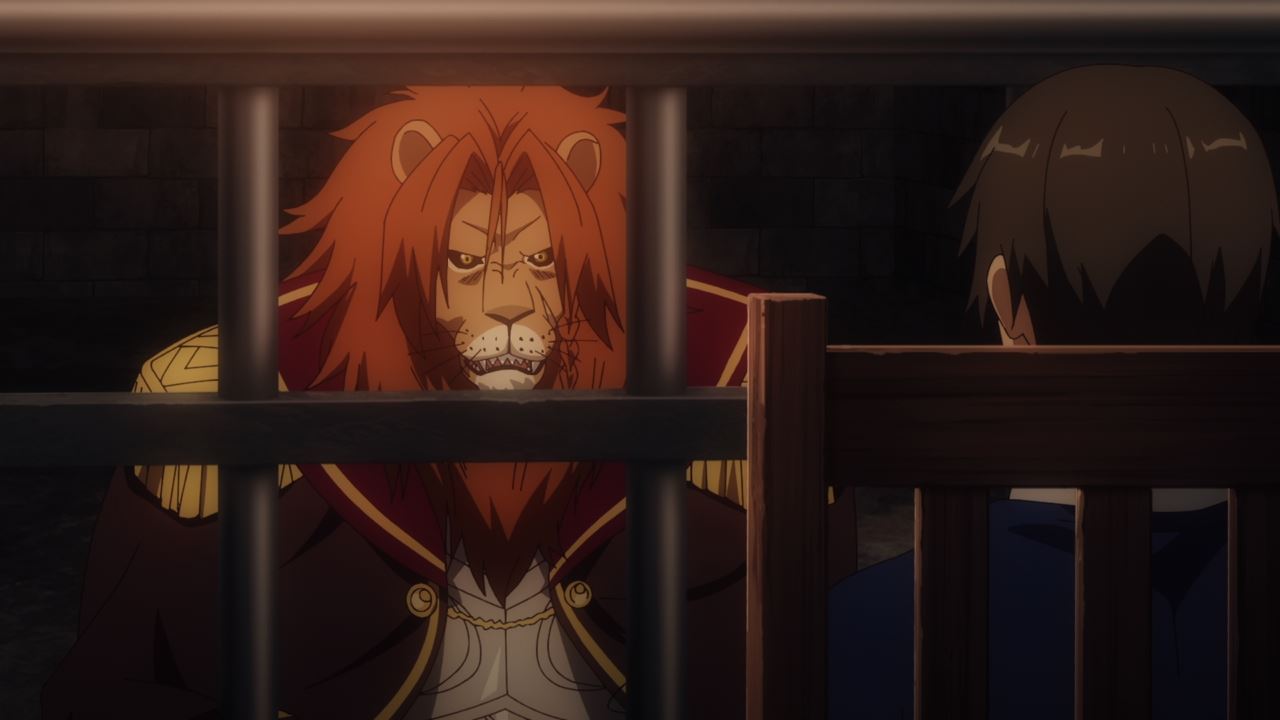 Let’s start this episode with Georg Carmine where he claimed responsibility for instigating a rebellion against the kingdom, but the truth is that he wants to gather a bunch of corrupted officials and nobles under his wing so that King Kazuya Souma and his allies can crush them in one fell swoop.

Of course, Georg’s gambit comes with a sacrifice of countless innocent victims who got caught in both the civil war and the Amidonian invasion. 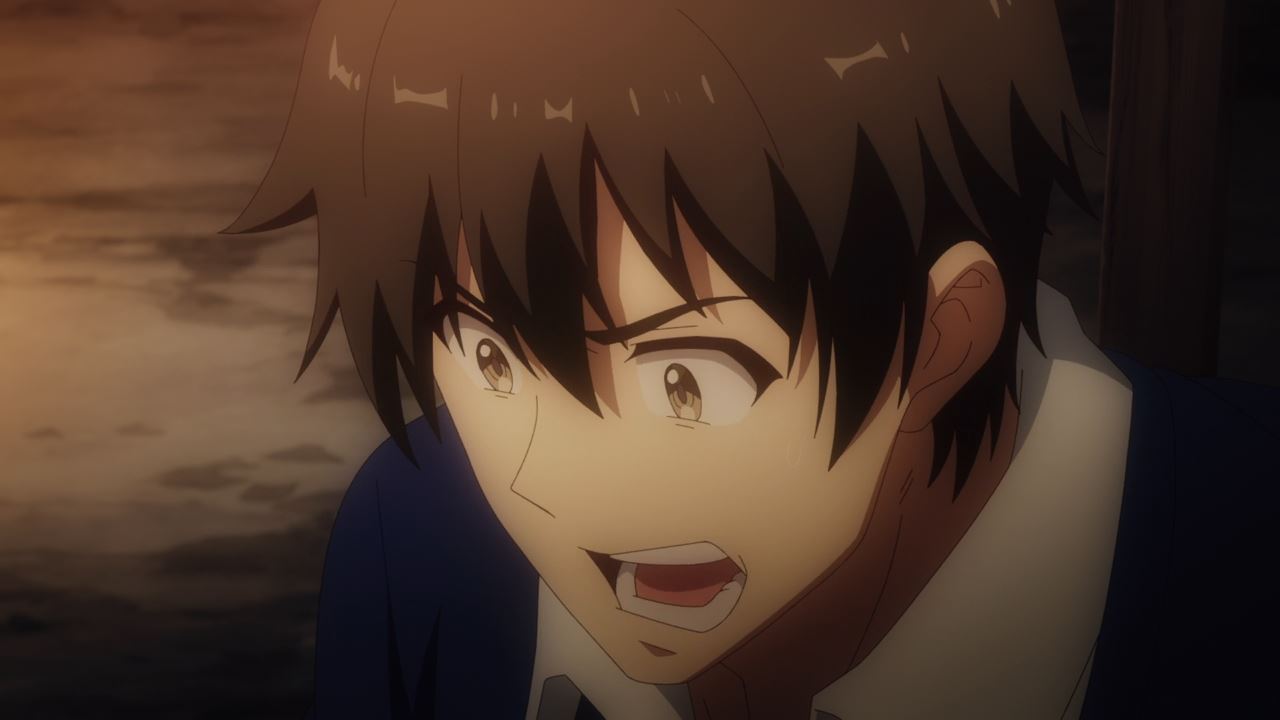 Even Kazuya is feeling frustrated that Georg shouldered all of the responsibilities to make his gambit work. At worse, Georg’s gambit won’t be remembered in the history books, nor how he pull it out as the lion-hearted noble decided to keep it in his grave.

One more thing, Georg hinted that the reason why his gambit worked in the end is because he received some instruction from someone within the royal family, although Georg told Kazuya that he’ll know the truth someday once he have children. 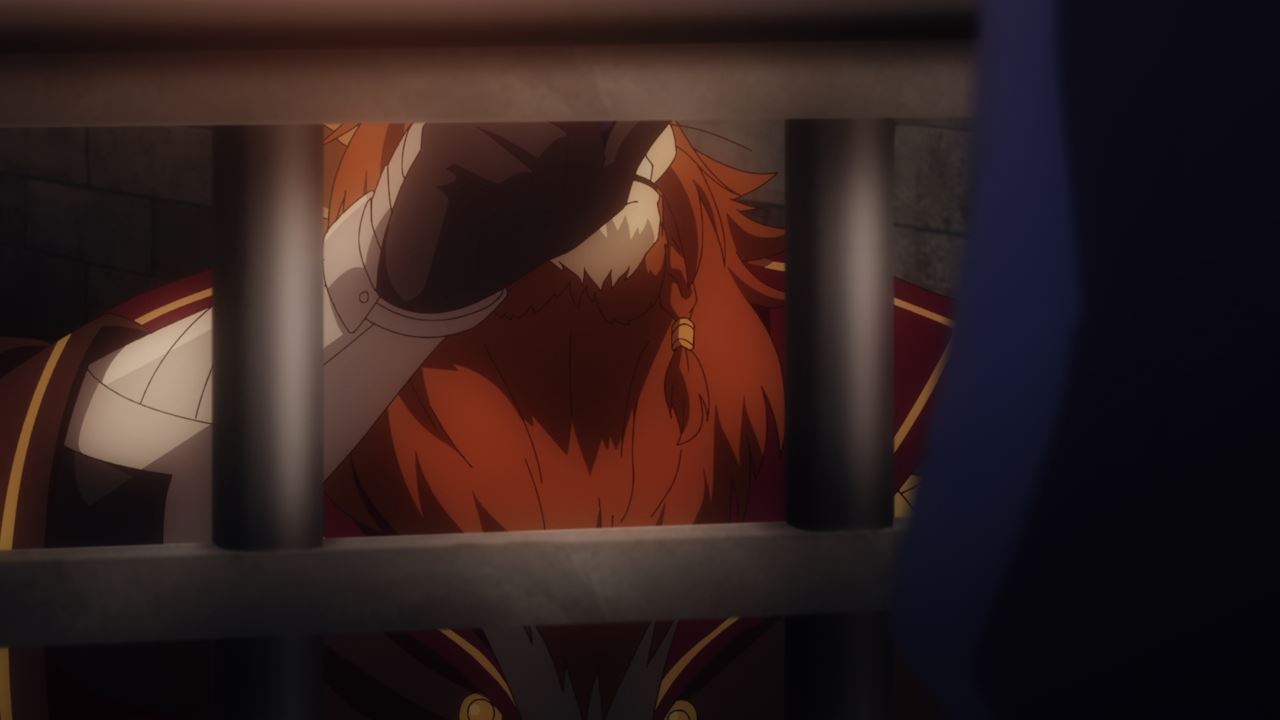 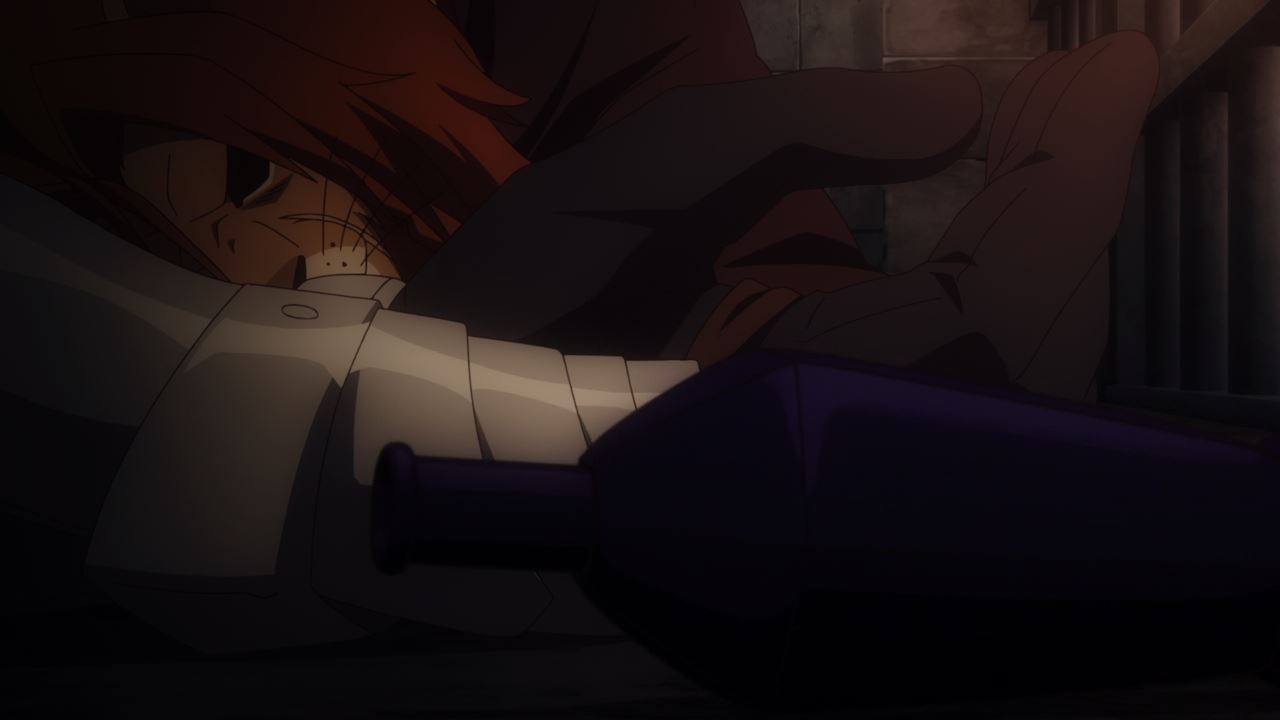 In any case, Georg Carmine drank a bottle of poisoned wine and died. While Kazuya Souma wanted Georg at his side, the lion-hearted noble decided to become a martyr for the greater good of Elfrieden. It feels like rain today! 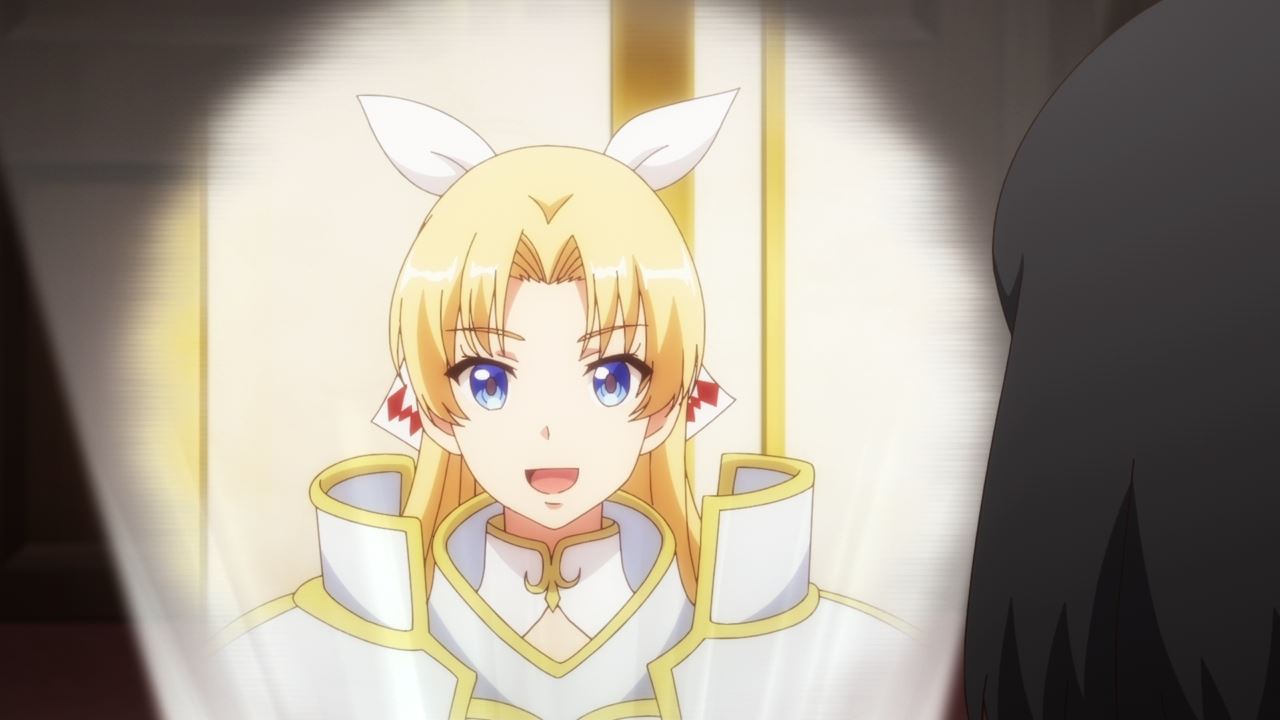 Now then, looks like Hakuya Kwonmin received a gemstone where he’s having a lengthily conversation with Jeanne Euphoria. Oh, and a bunch of books from Amidonia’s library as collateral.

So far, the alliance between the Kingdom of Elfrieden and the Gran Chaos Empire is looking good, aside from the various reforms enacted by the king. Seems that Elfrieden is moving along smoothly. 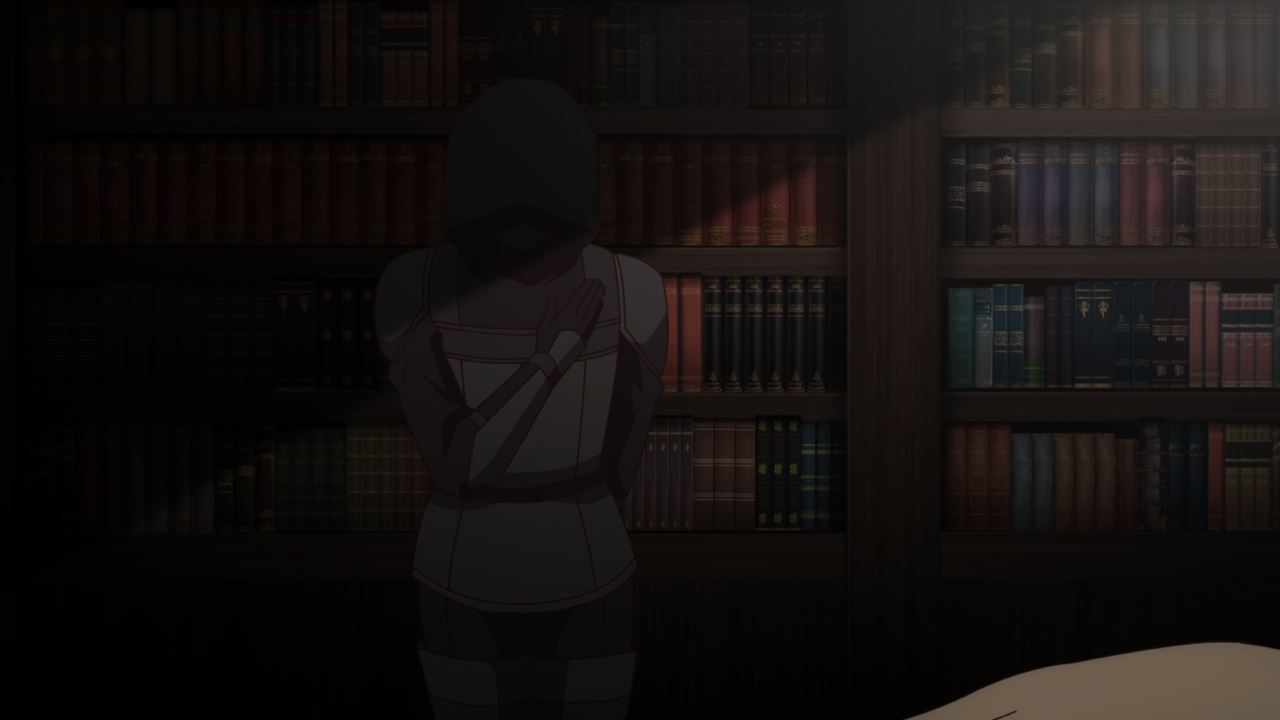 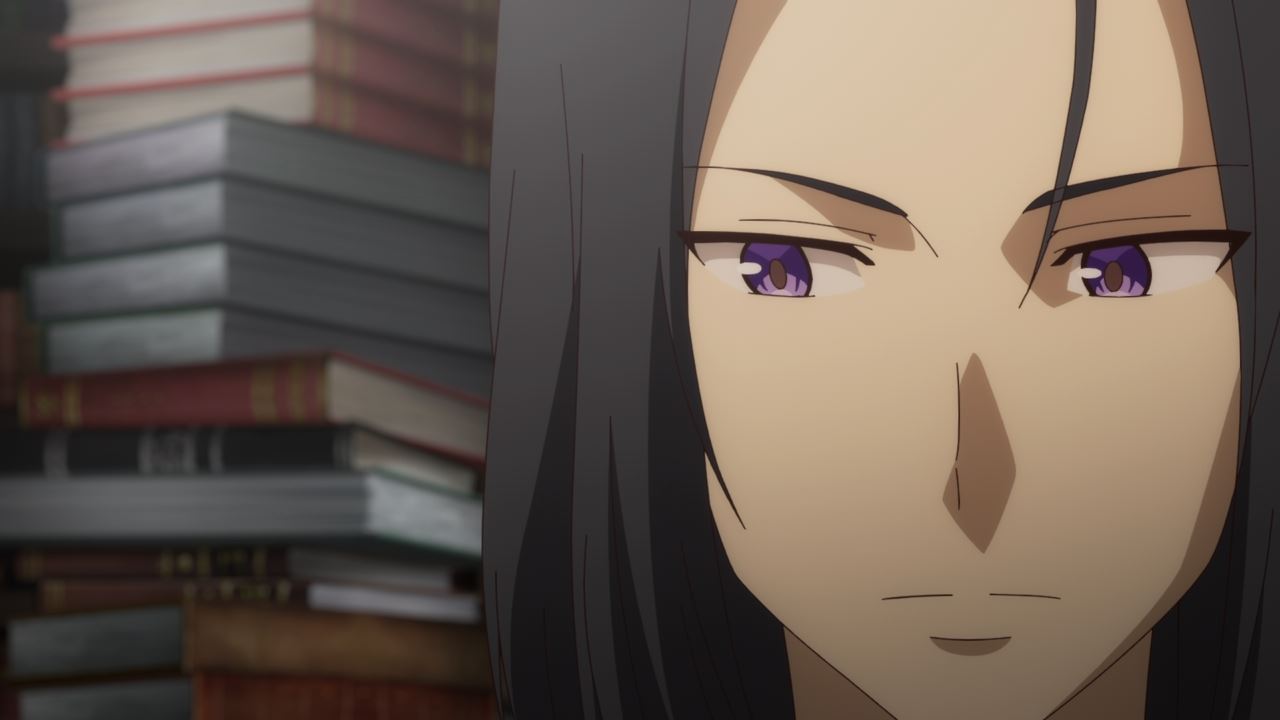 For now, Hakuya Kwonmin will have to investigate further as the kingdom can’t let their guard down against those corrupted nobles.

Then again, King Kazuya and Hakuya’s purging of those criminals responsible for the rebellion might convince a few of them to think twice when committing a crime right under their noses. 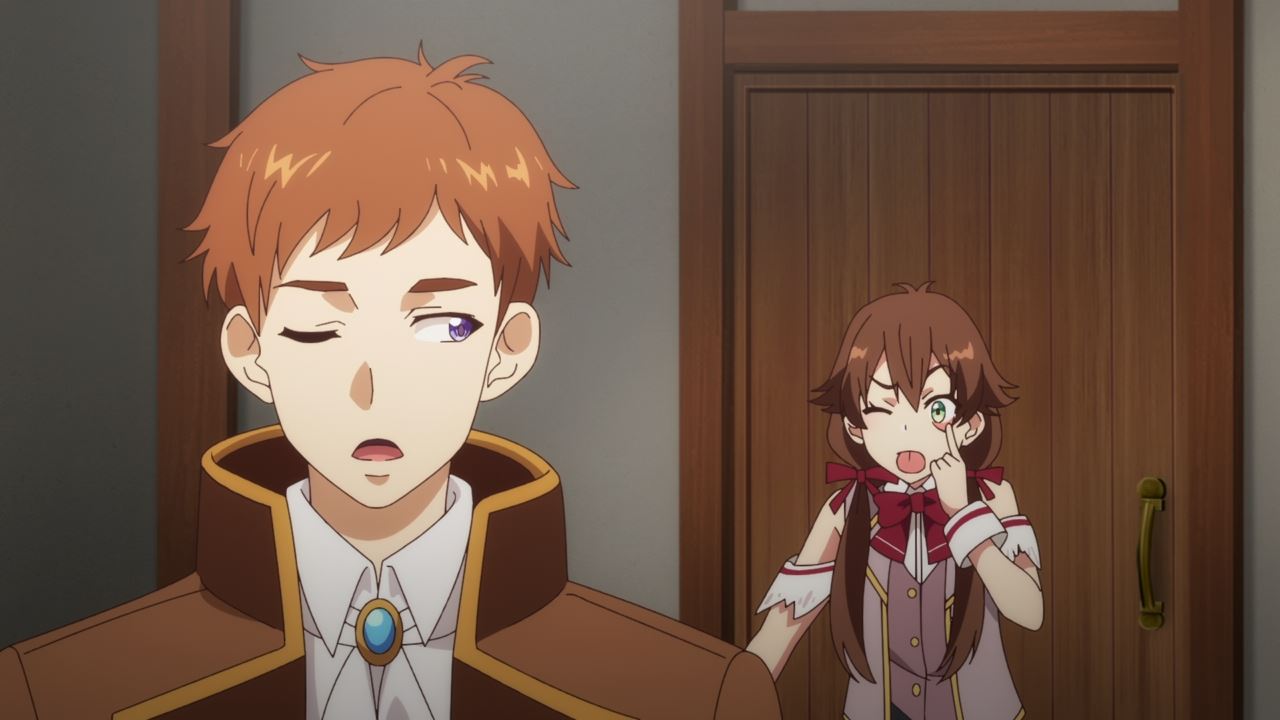 Meanwhile, here’s Roroa Amidonia where she’s still hiding together with Gatsby Colbert, although the rebellions princess wanted to go outside and possibly meet with Kazuya Souma, the king who bested her foolish father and brother.

Still, I feel that they’ll meet Kazuya someday as Roroa is planning something to stop Julius from invading Elfrieden again. 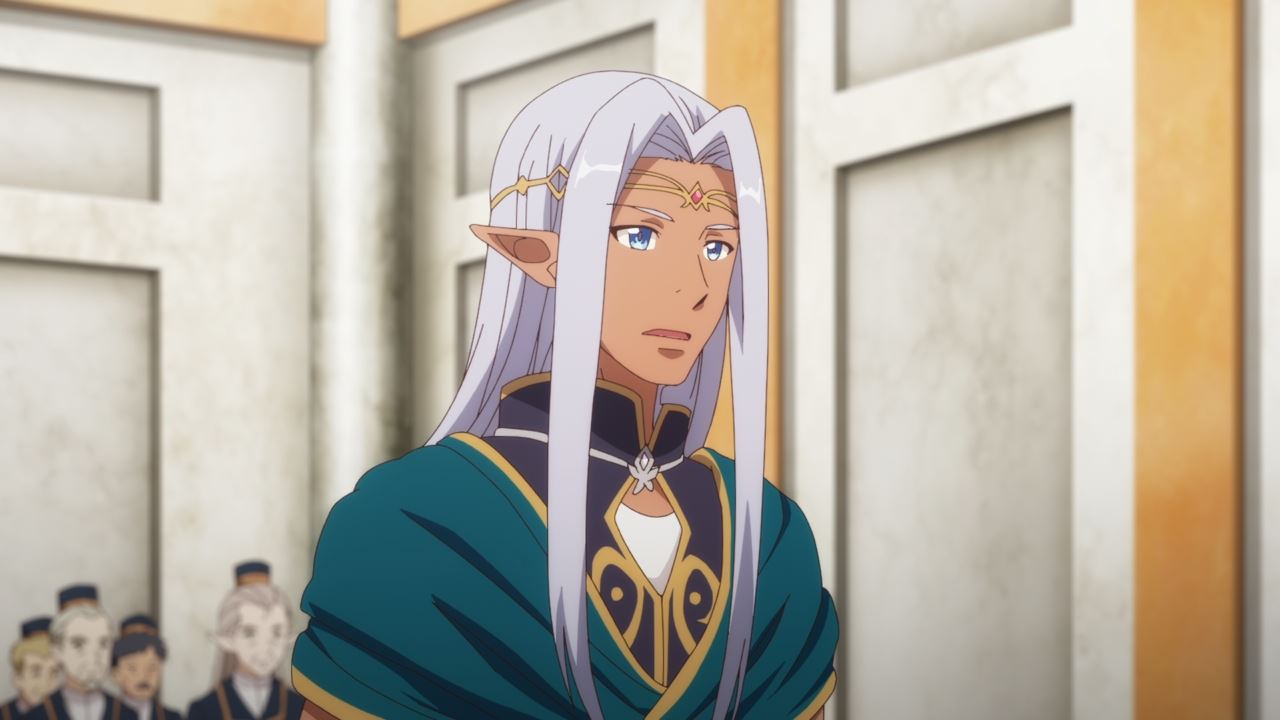 Now let’s return to Elfrieden where Wodan Udgard wants to tell something important to Kazuya Souma. Turns out that he wants the king to marry his daughter Aisha. 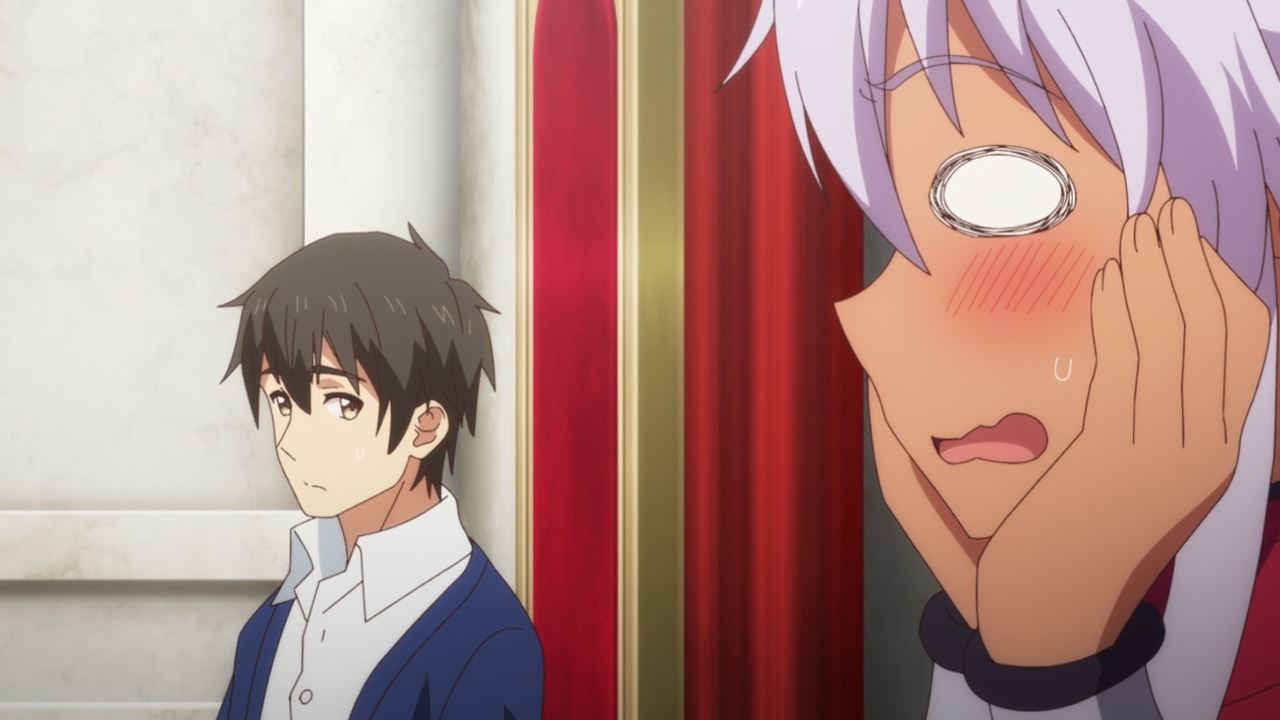 And speaking of Aisha, she’s getting flustered now that she’ll become Kazuya’s second wife. Can’t believe that Kazuya is getting a harem already! 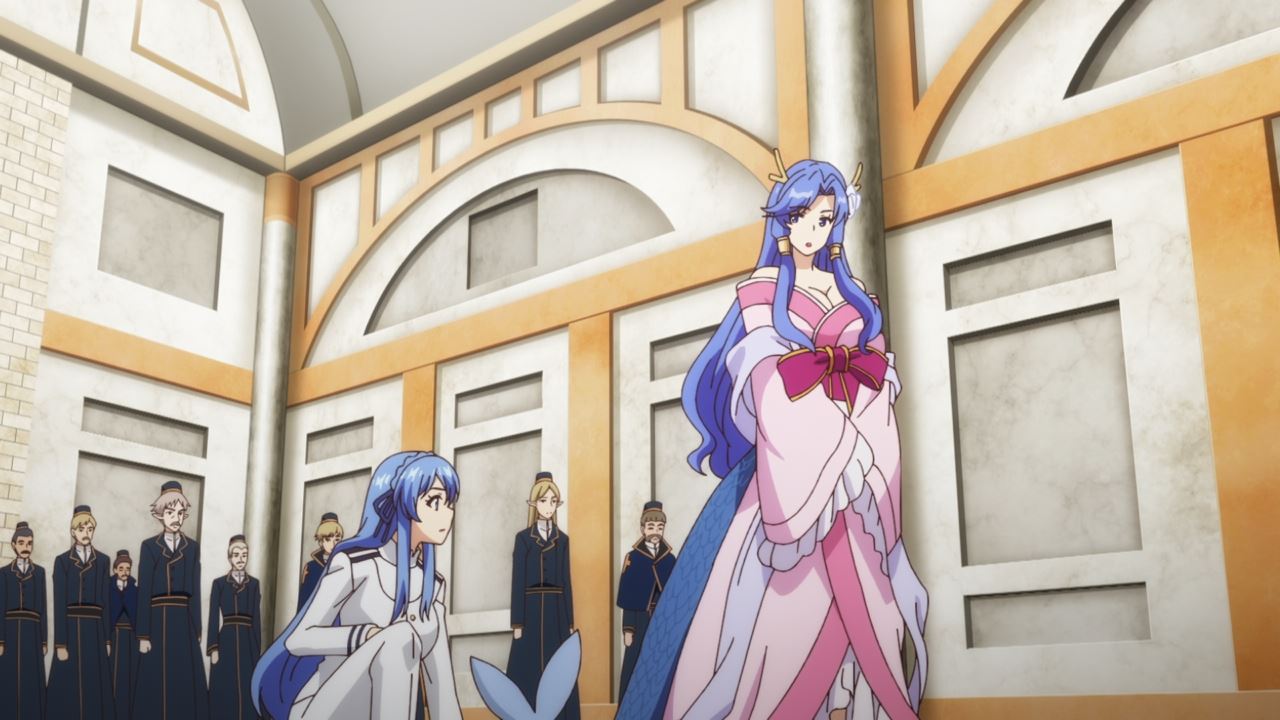 Oh and it’s not just Aisha Udgard, but Juna Doma is planning to marry Kazuya Souma as well. Okay, why the rush there Juna?

Well, Excel Walter explained that her granddaughter Juna wants Kazuya’s influence as well as her own achievements to become a noble herself and possible challenge the House of Vargas. However, Excel wanted Juna not to get involved with the House of Vargas anymore and instead pursue her own happiness. 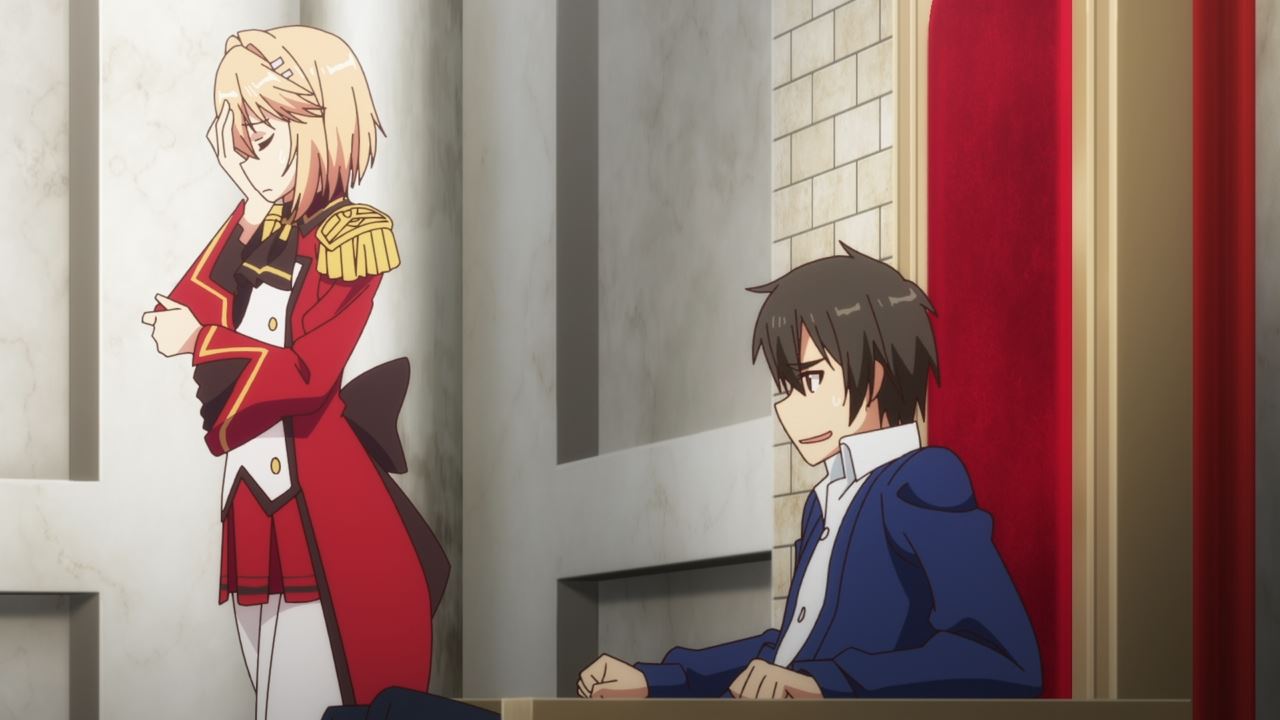 As for King Kazuya, he told Juna to wait for the right time as everyone will get mad that an idol like her would get married to the king early. Basically, Juna needs to become everyone’s songstress until a worthy successor emerges.

But anyways, I have to say that King Souma is getting ready to have a harem soon enough, although he’ll be busy reforming Elfrieden now that all undesirables are eliminated. 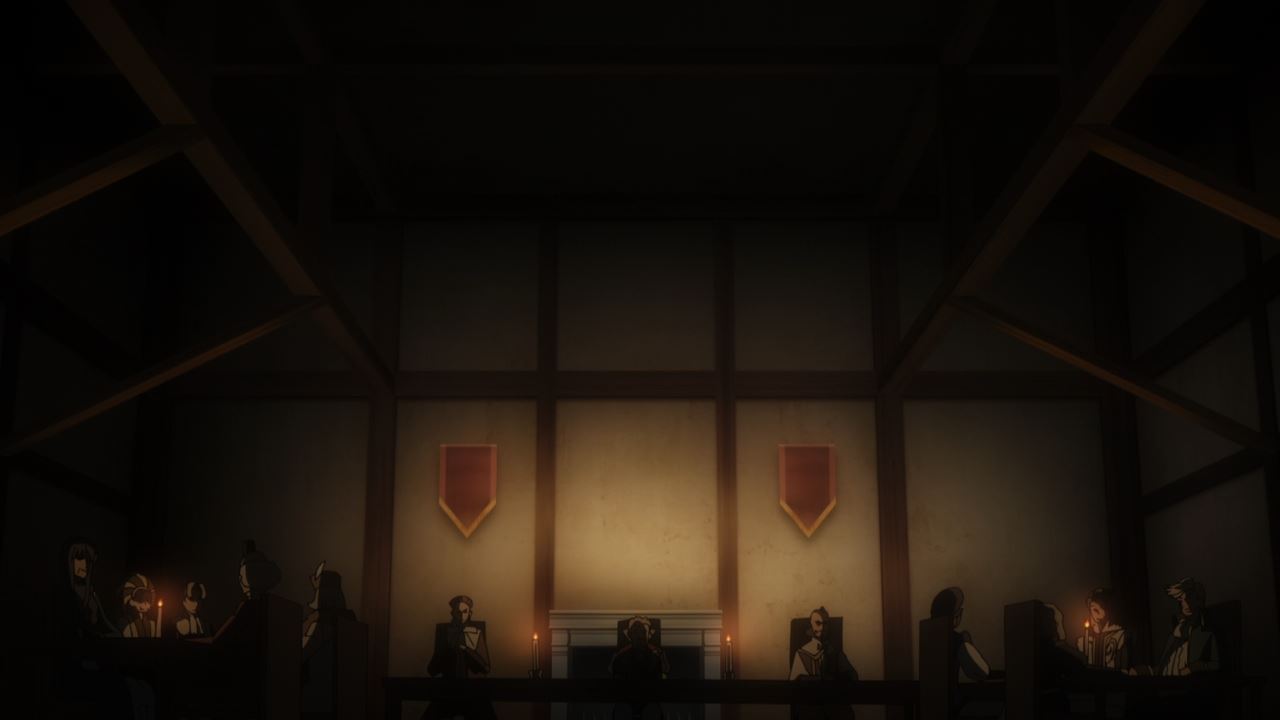 On second thought, there are a few corrupted nobles who are still opposing the current king, albeit they’re currently in hiding at the moment as they’re gonna invoke another rebellion.

Seriously, both Kazuya Souma and Hakuya Kwonmin will have to purge them as soon as possible. With that said, I’ll see you next time!