In the Land of Leadale Episode #05

Posted on February 3, 2022 by benigmatica 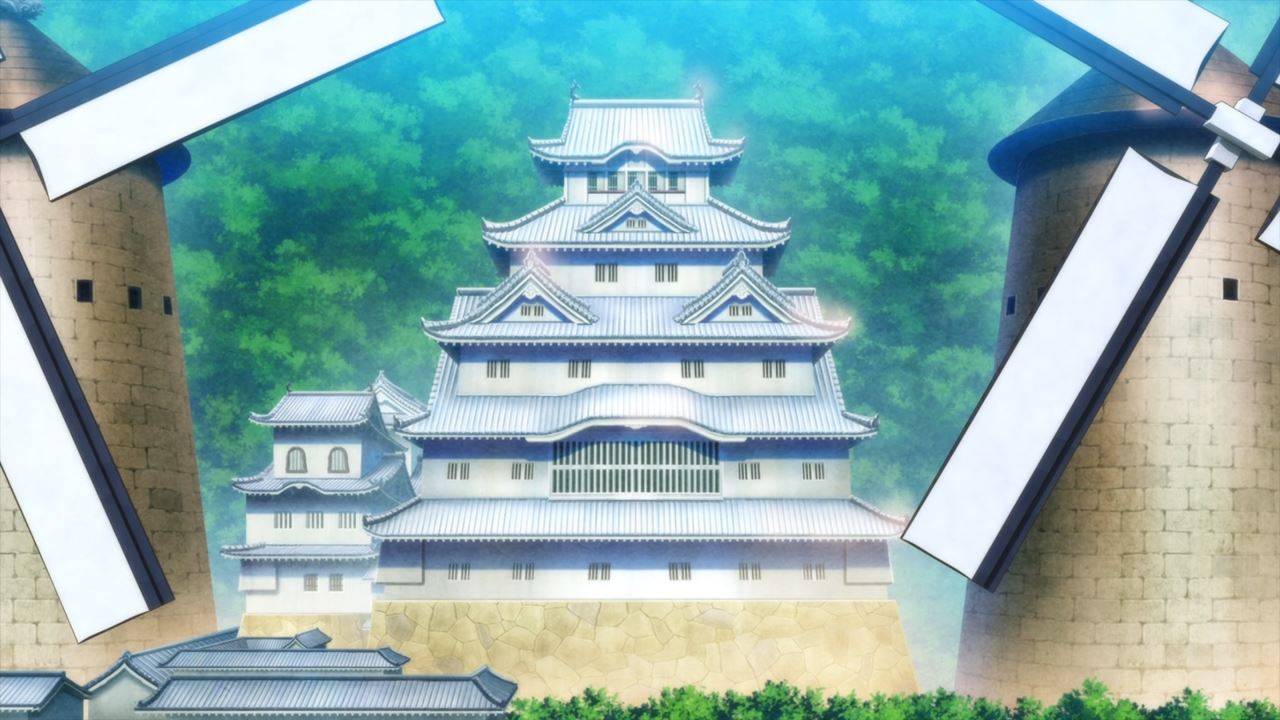 Welcome to Helshper where this merchant city has an interesting fusion of Dutch and Japanese architecture. It’s really weird, yet amazing to see a Japanese-style castle standing between two windmill towers. 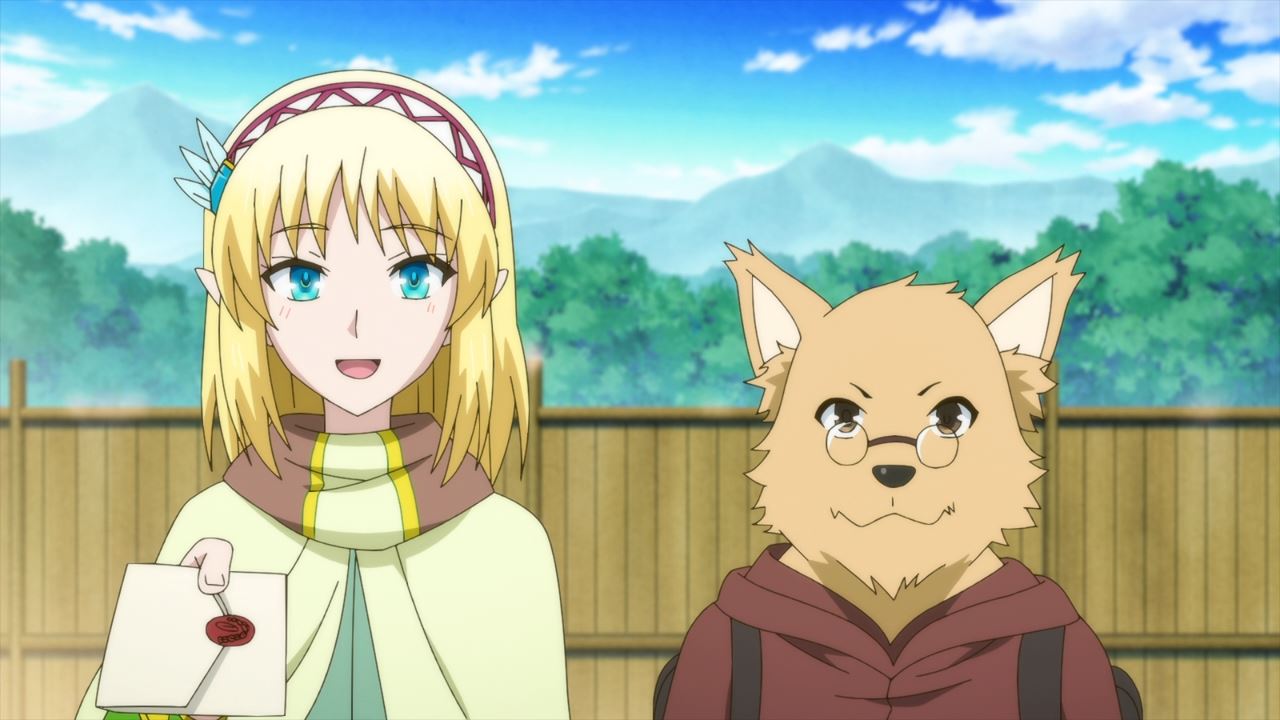 But now, it’s time for Cayna to deliver Mai-Mai’s letter to one of the most successful merchant companies named Sakaiya. 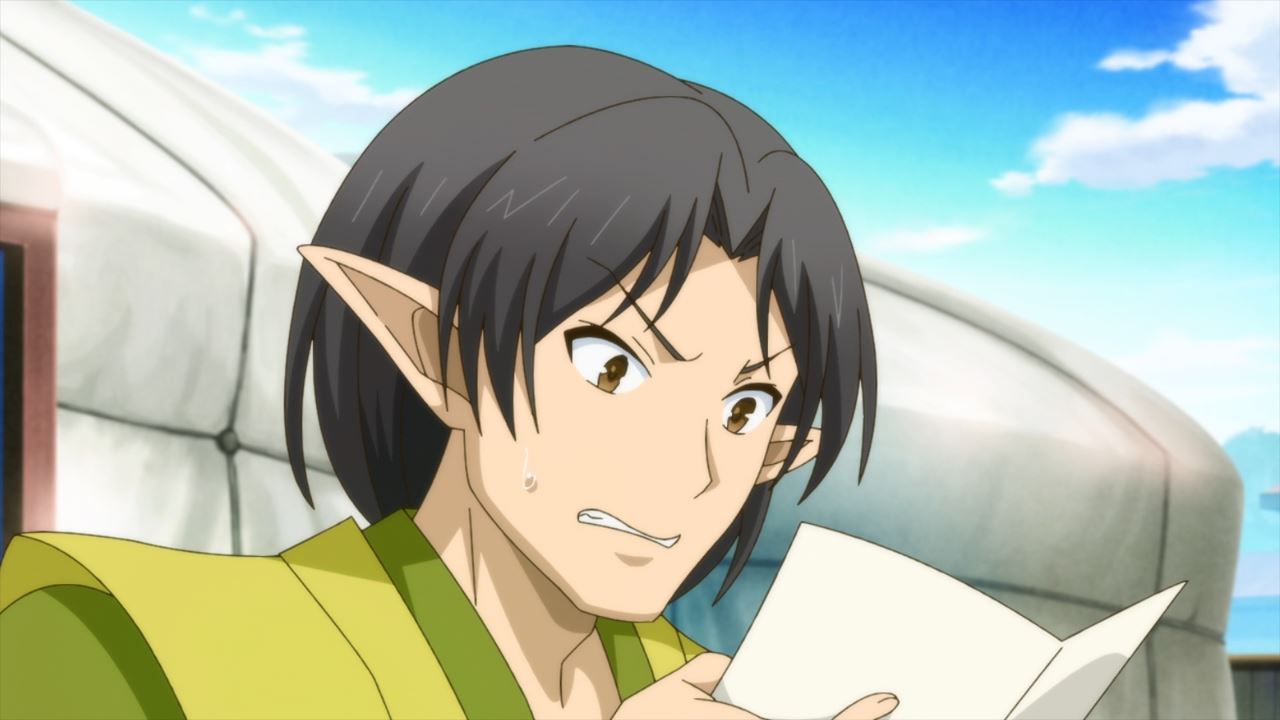 So when one of the employees read Mai-Mai’s letter, it looks like he have to summon his boss right away. Man, what is Mai-Mai thinking when writing this letter? 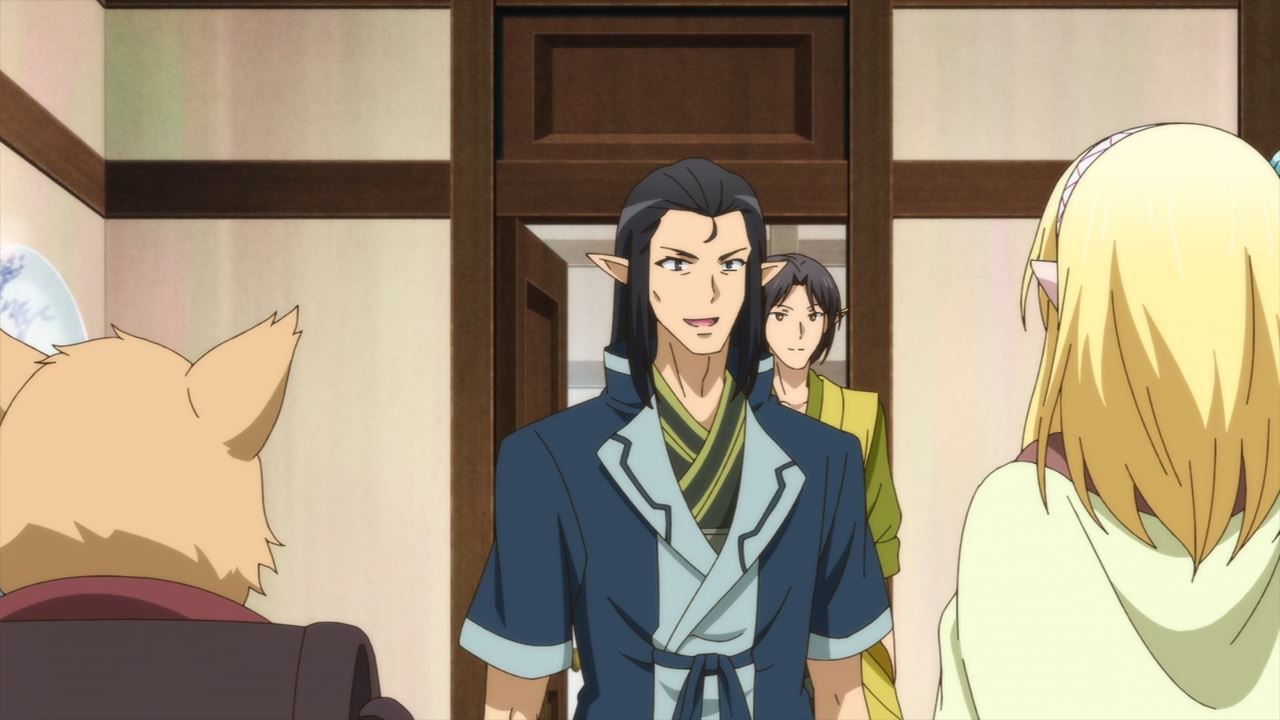 Anyways, this is Caerick Sakai who is the owner of Sakaiya merchant company. 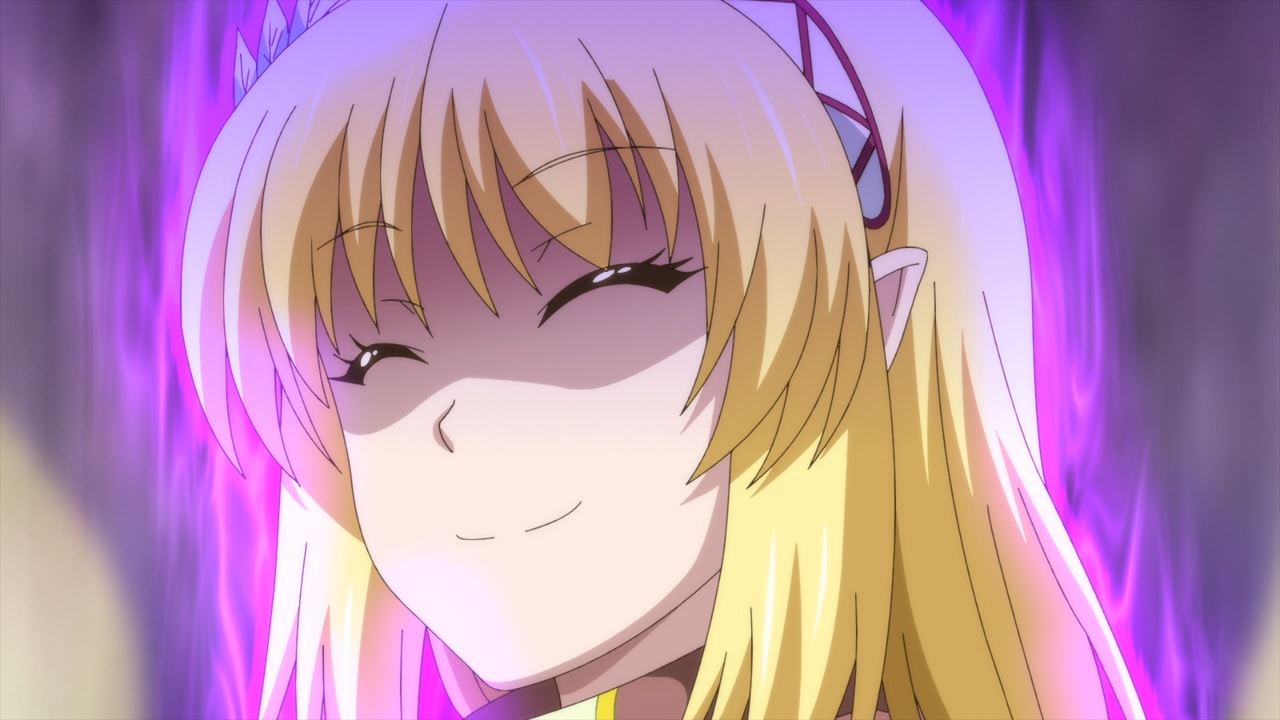 Unfortunately, Cayna doesn’t need a fancy hotel to stay as she’ll rather take a plain ol’ inn instead.

Also, she’s really angry towards Mai-Mai as Cayna didn’t know that she had a grandchild. 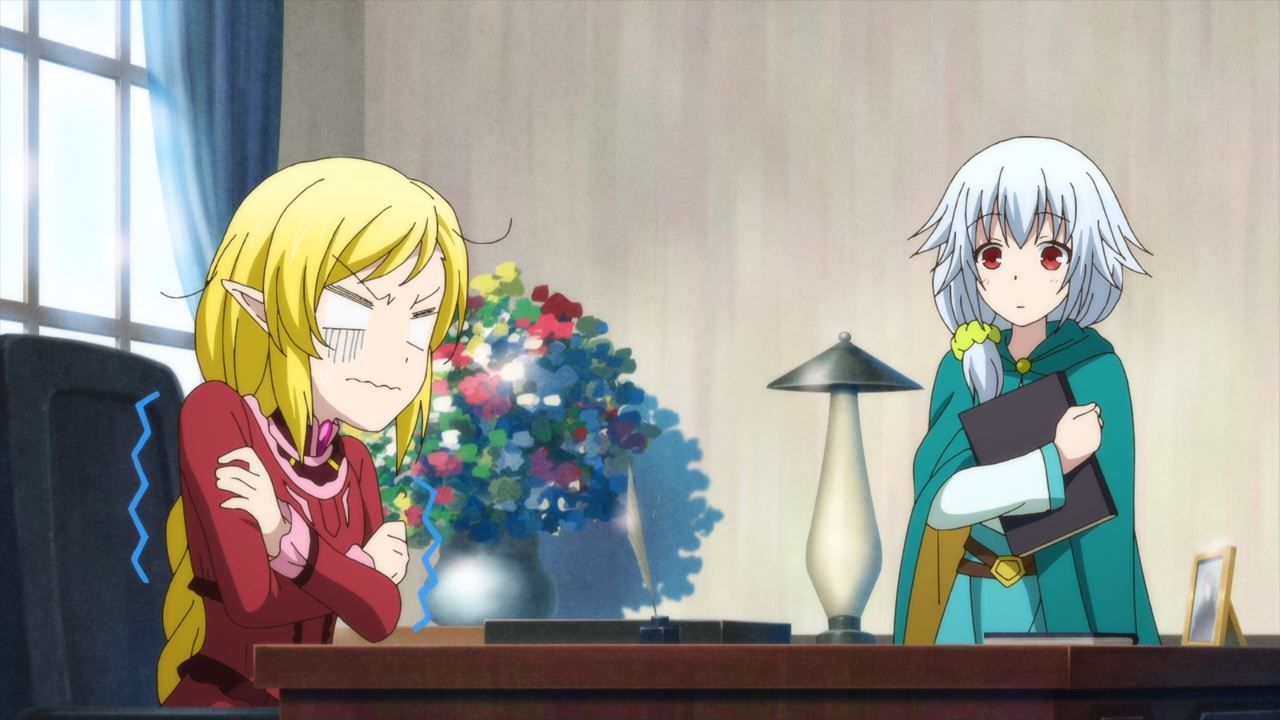 Speaking of Mai-Mai, she’s having some chills down to her spine as Mai-Mai felt Cayna’s wrath for hiding the truth. 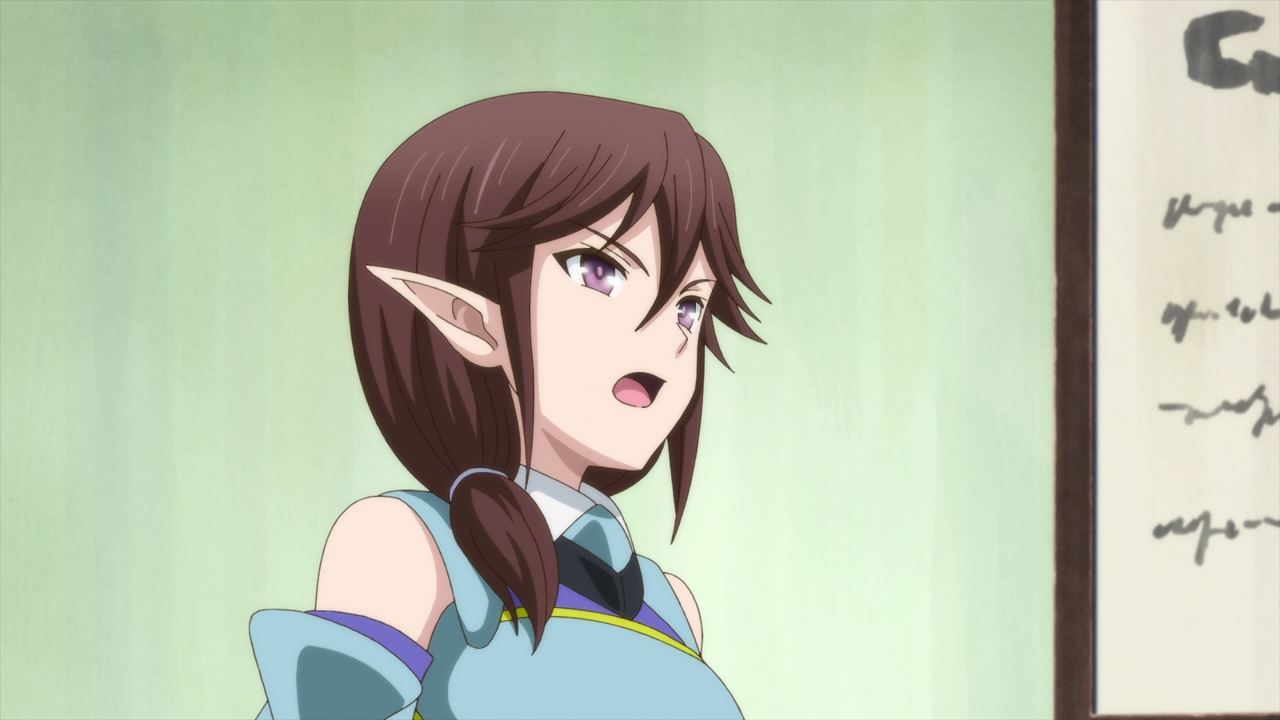 Oh yeah, I forgot to tell you that Caerick isn’t the only grandchild as I introduce you to Caerina Sakai, the leader of the mercenaries who happened to be the older twin sister of Caerick.

Speaking of Caerina, she and Caerick have telepathy in which they can communicate with each other remotely. And by the way, Caerina heard from her mother that Cayna is a sadist where this elf will tear every limb whenever she’s angry. Okay Mai-Mai, you’re spreading bad rumors to you step-mom! 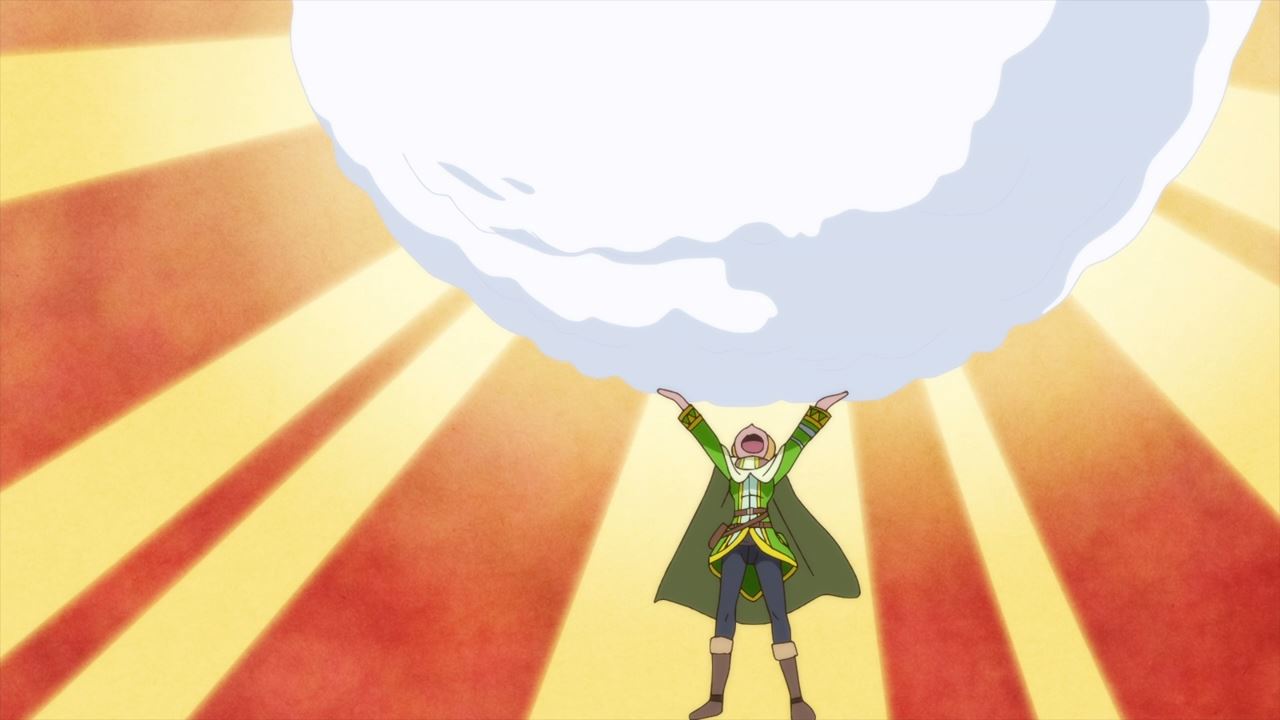 But anyways, looks like Caerina and her fellow mercenaries will taste the frozen wrath of Cayna as she created a giant snow ball. 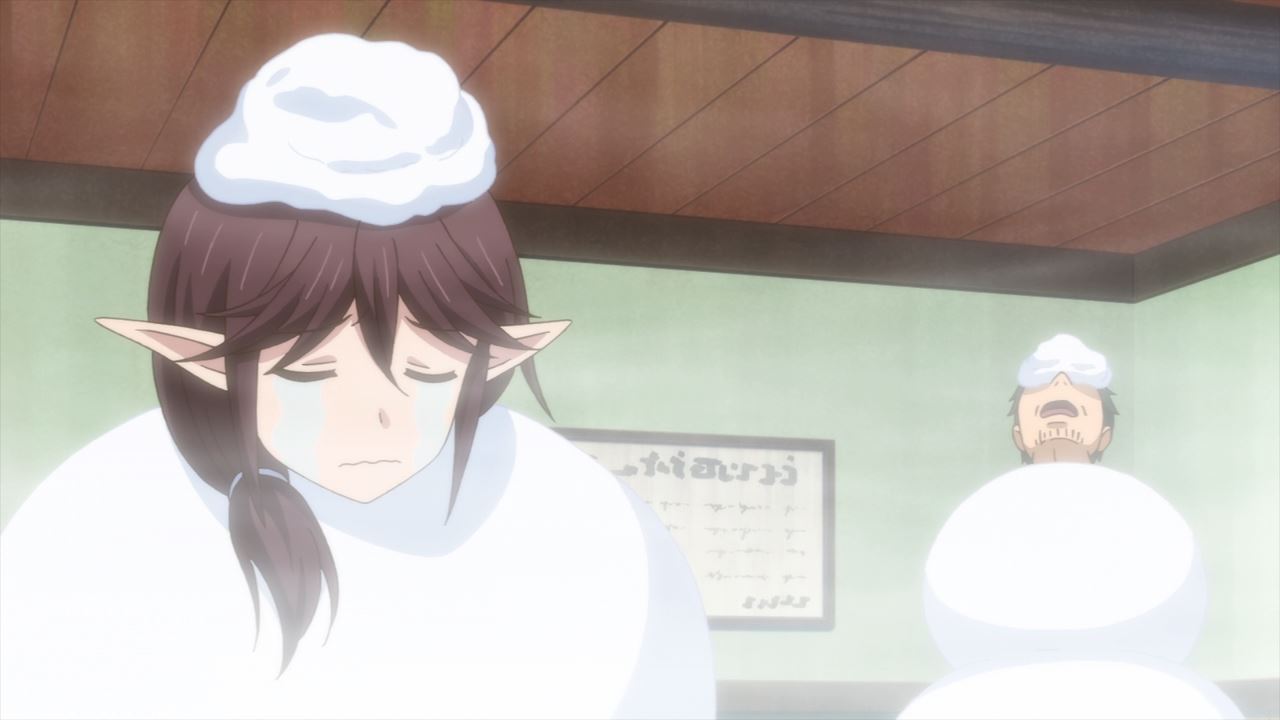 Fortunately, the high elf mage didn’t kill them as Cayna turned Caerina and the rest into snowmen. Seriously, I think Cayna will have to punish Mai-Mai for making a big misunderstanding. 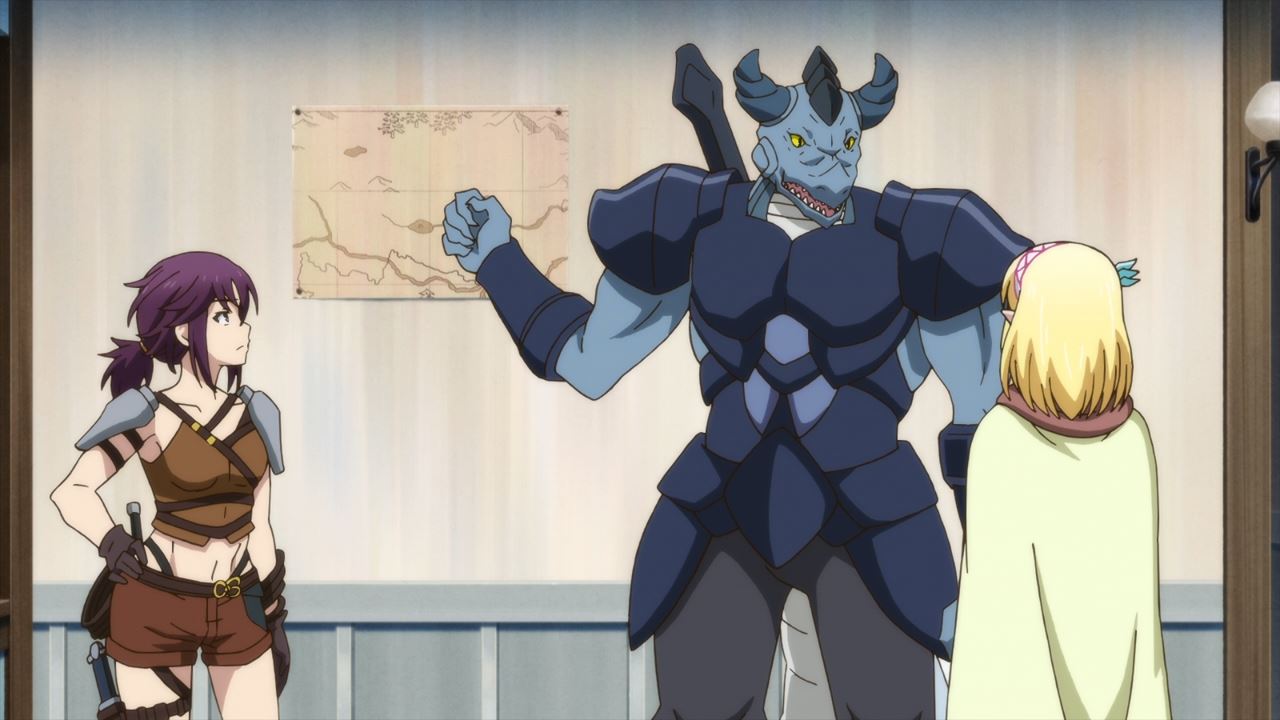 Meanwhile, it’s time for Cayna to visit the adventurers’ guild in Helshper where most of the requests are coming from merchants who wanted protection against bandits.

Of course, Cayna doesn’t want to take those requests for the time being as she wants to go to the Crescent Moon Castle, although one of the adventurers told the high elf mage that it’s dangerous to go there as the bandits turned the castle into their hideout.

You know what, I think Cayna will be okay as she’ll destroy those bandits inside the Crescent Moon Castle. As for these two adventurers, I have some suspicion that they might be bandits. I mean, how come they know that the castle became a hideout for criminals? 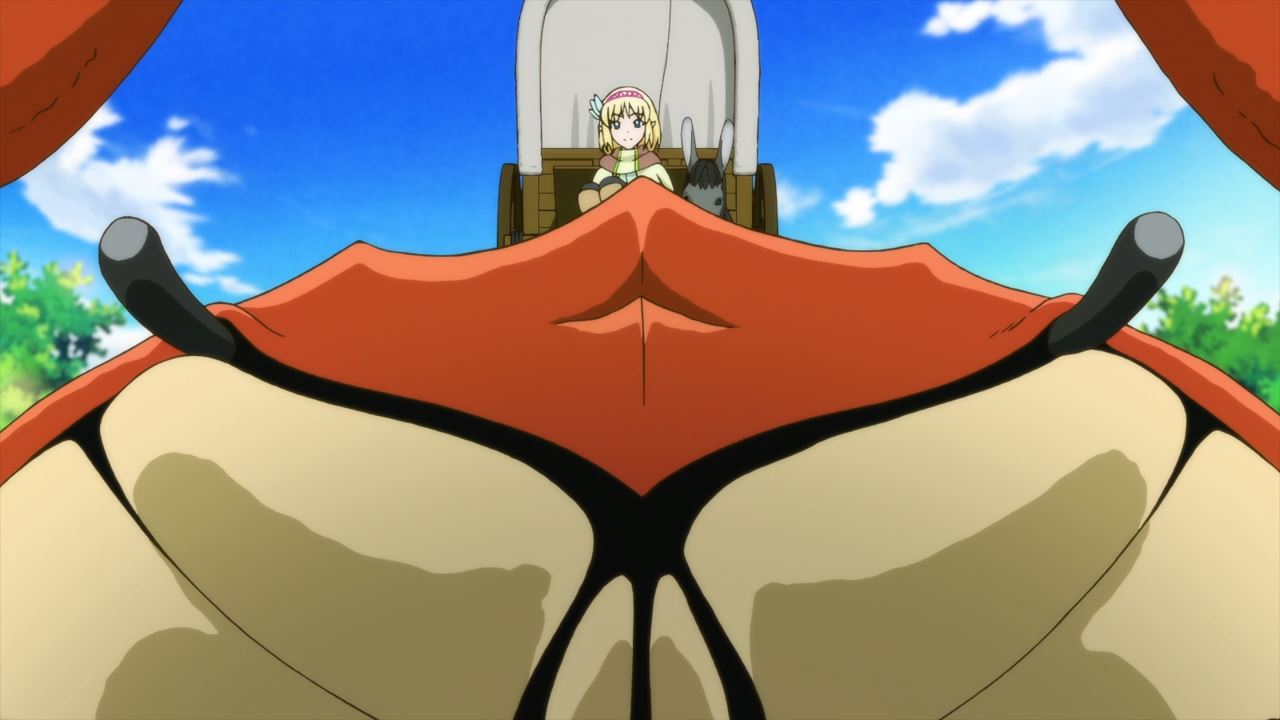 Anyways, it’s time for Cayna to travel to the Crescent Moon Castle. However, she’s not gonna use her trusty donkey as the Silver Ring Witch is gonna summon a giant crab named Veldocancer to travel faster. Would it be nice if she just teleport instead? 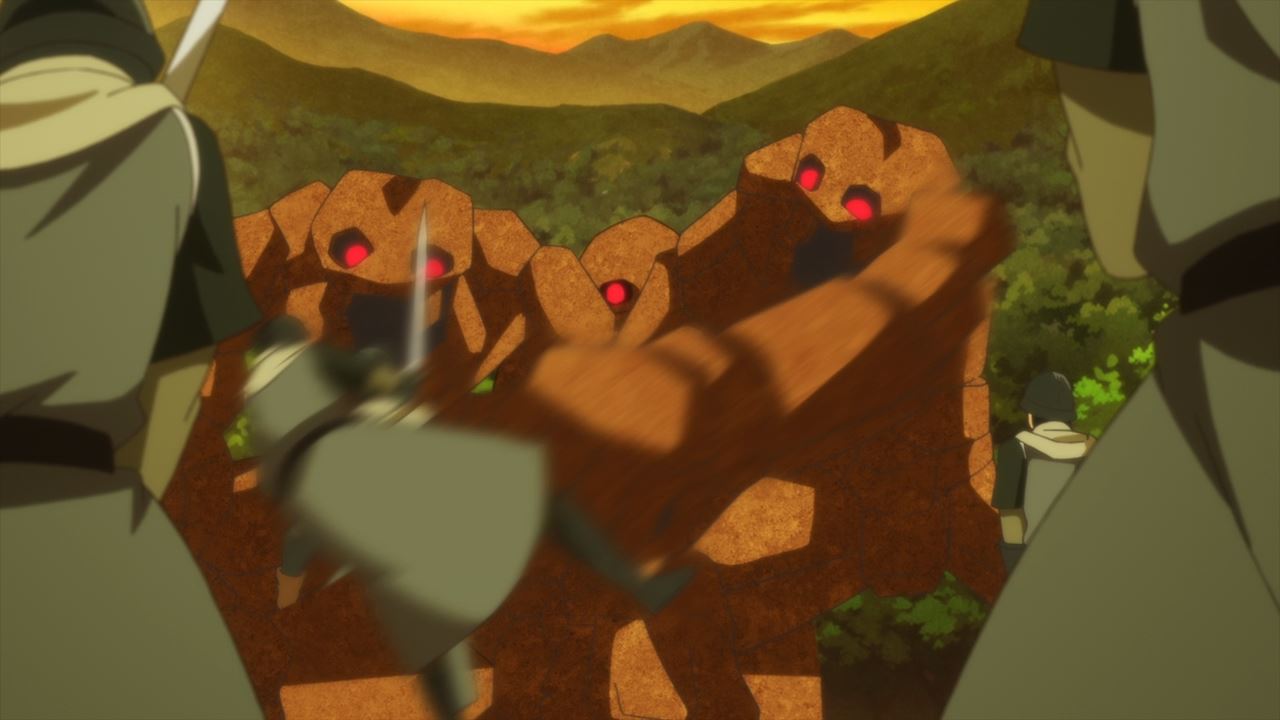 Of course, the reason why she used Veldocancer is because Cayna sensed danger where an army of golems are attacking a fort full of Caerina’s mercenaries.

Looks like the Silver Ring Witch will show her stuff next week where she’ll destroy those golems in less than a minute!