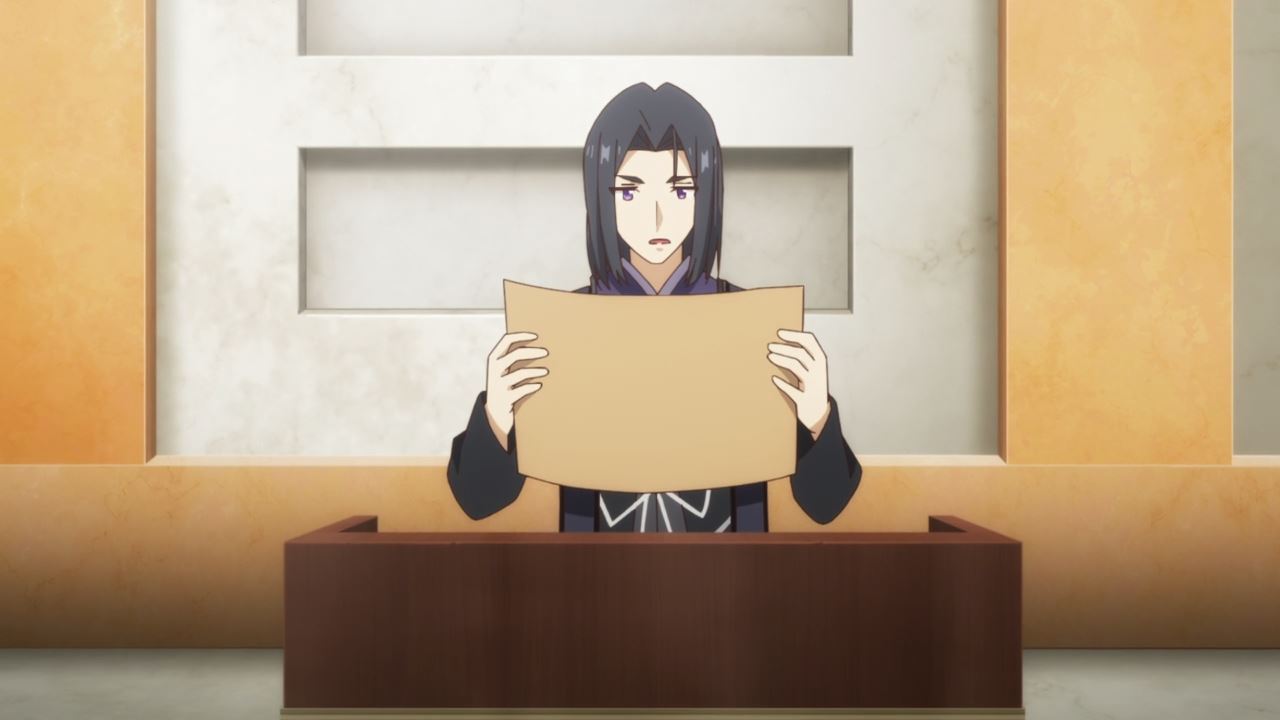 Well everyone, it’s time to deliver justice to both Castor and Carla Vargas as Hakuya Kwonmin told everyone that the trial will begin.

After all, King Kazuya Souma won’t tolerate those who want to disturb order within Elfrieden. 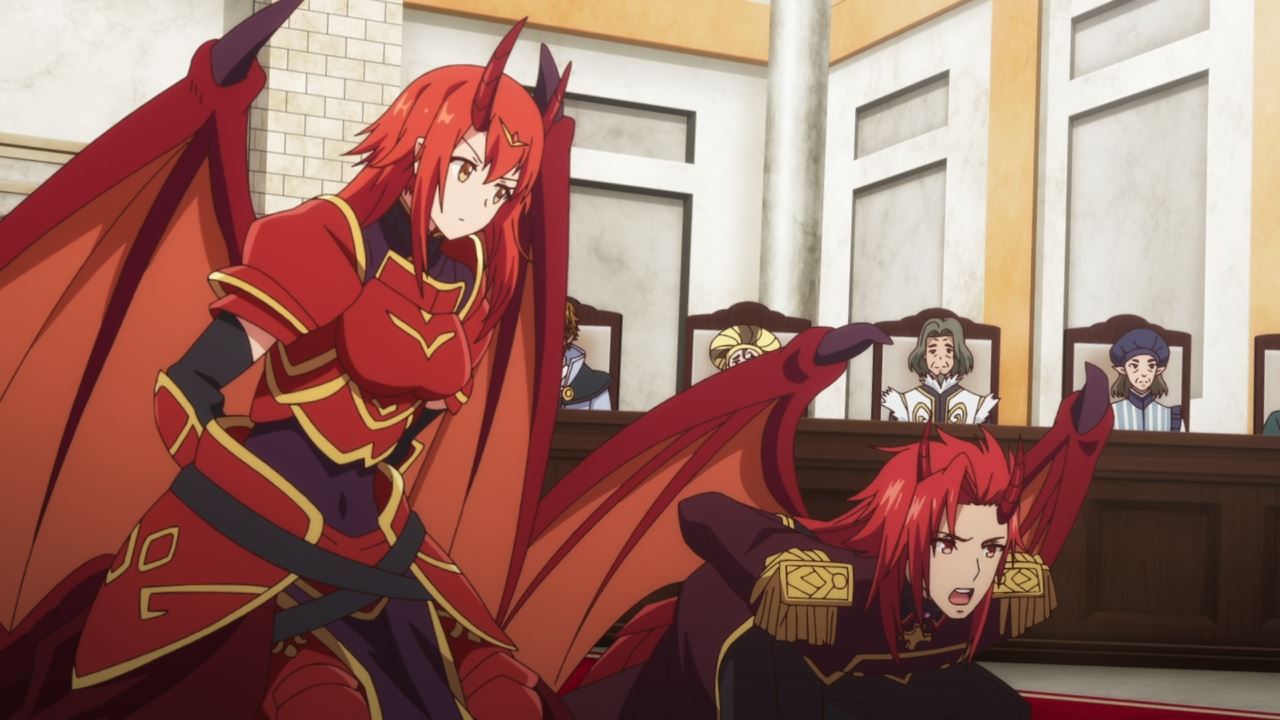 However, Castor told the king to spare his daughter Carla as he wants to take responsibility for instigating the rebellion, although Kazuya might not consider his plea since he wants to set an example towards everyone who tries to bring chaos within the kingdom. 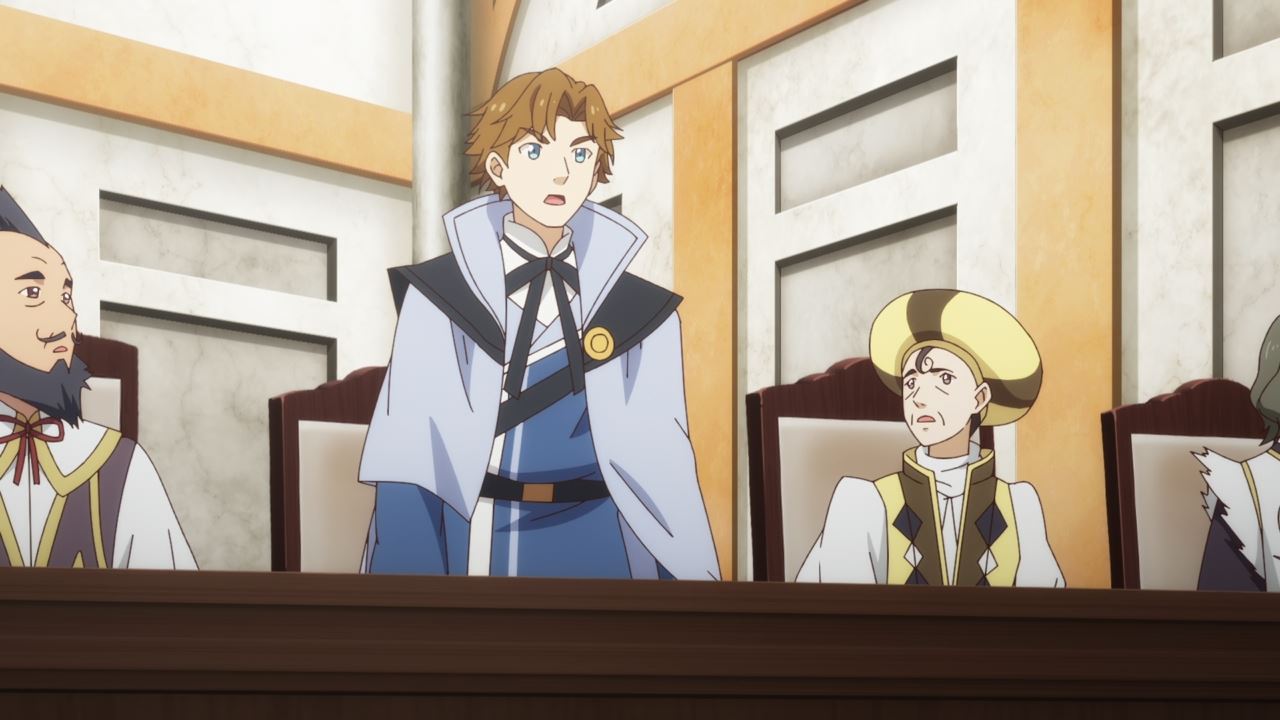 Meanwhile, it seems that some nobles are trying to convince King Kazuya to reconsider Castor’s sentence like Piltory Saracen for example, where he argued that executing Castor is not ideal given that he achieved military honors for more than a century. 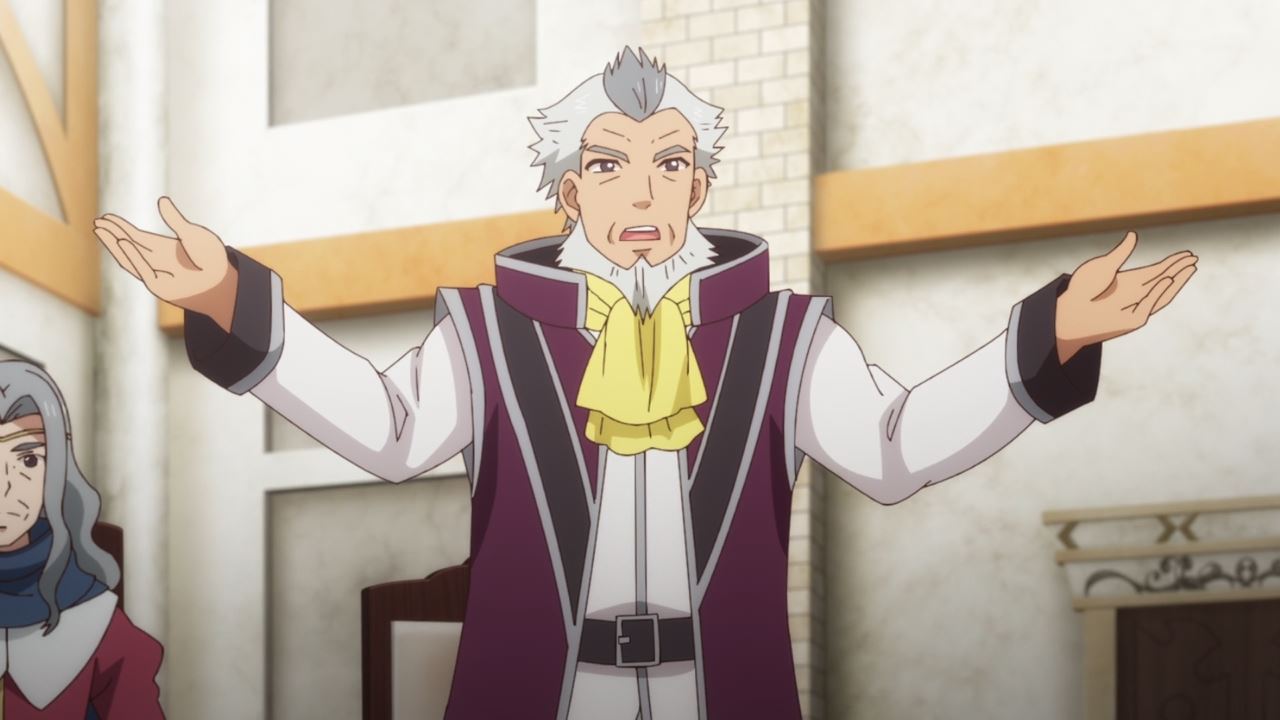 Heck, even Owen Jabana supported Piltory’s argument where executing both Castor and Carla Varga seems cruel. All I can say is that while their arguments are valid, it’s up to Kazuya’s decision on their fate.

With all that said, it looks like the nobles are done providing their statements regarding Castor Vargas. 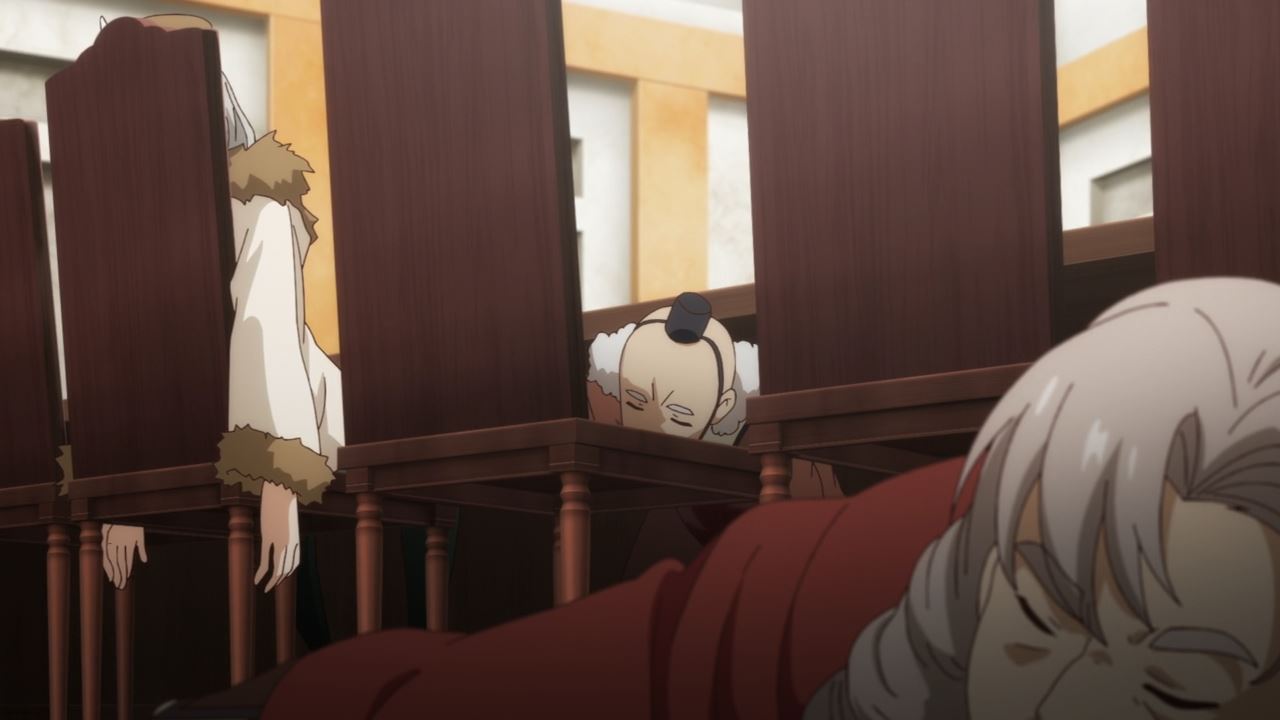 And sadly, these nobles will get the axe by King Kazuya Souma where he ordered a group of assassins called Black Cats to kill them for conspiring with Amidonia. Better to take out the roots of corruption rather than regret it later. 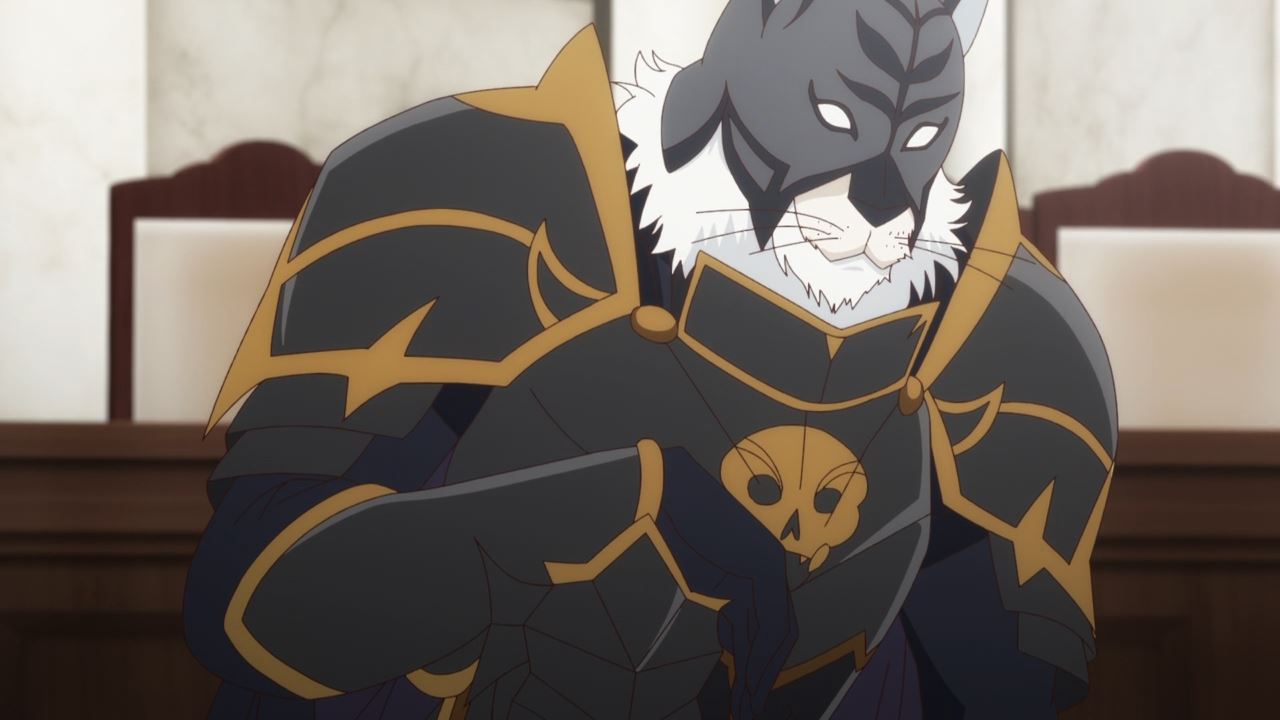 By the way, I forgot to tell you that the Black Cats are led by Kagetora, although something tells me this masked feline is somewhat familiar to me.

Wait, is that Georg Carmine wearing a goofy mask? Nah, it can’t be ’cause he committed suicide in the previous episode. 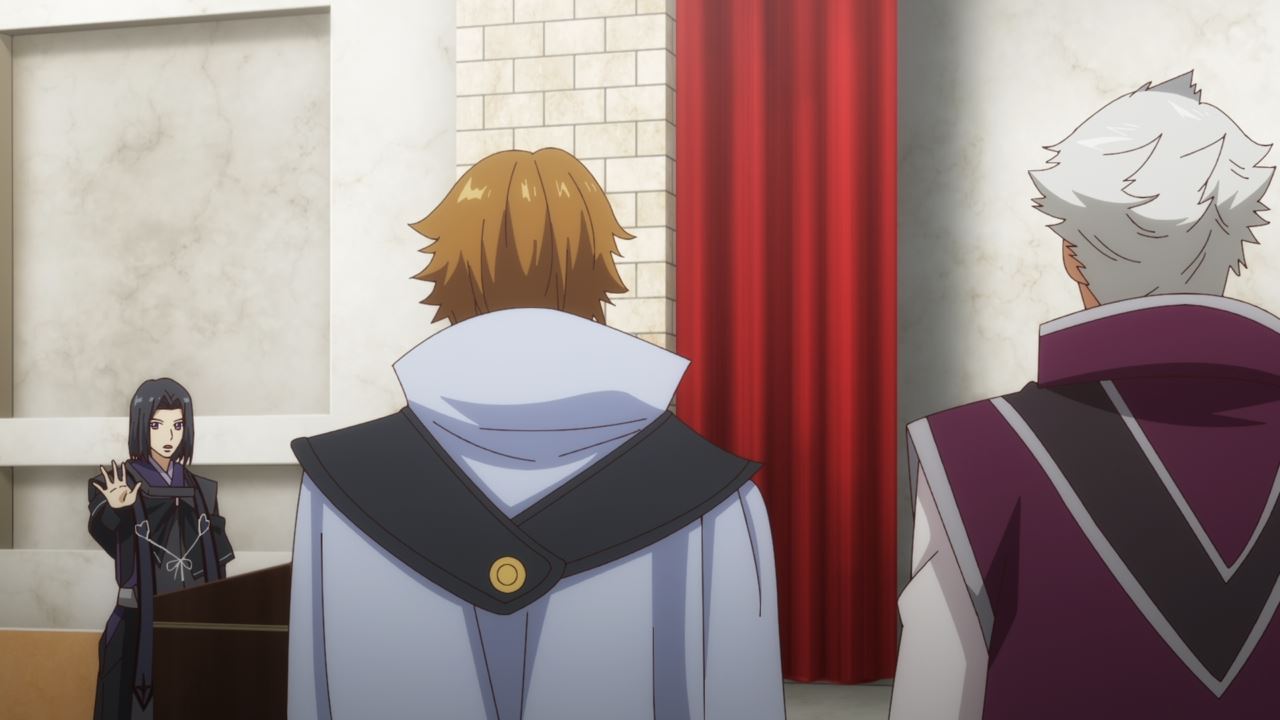 Now then, Hakuya explained that Piltory and Owen decided to serve King Souma without any hidden agenda is not because they’re talented people, but they fear that they might suffer the same fate as the rest of the corrupted nobles.

Thus, both the House of Saracen and Jabana have cut ties with the rest of the noble families as they pledge allegiance to the current king. 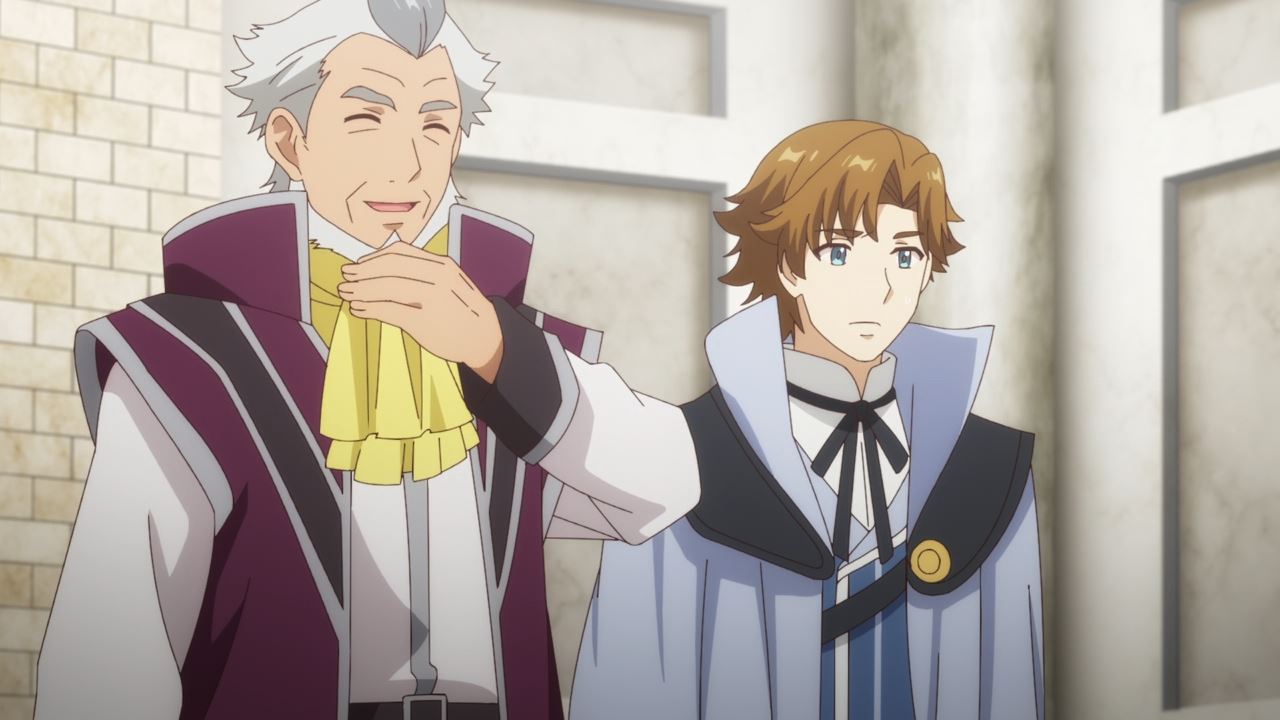 And while they felt a sigh of relief, Owen and Piltory know that King Souma can be a cruel leader if anyone took advantage of his kindness. C’mon, he played straight out of Machiavelli’s works. 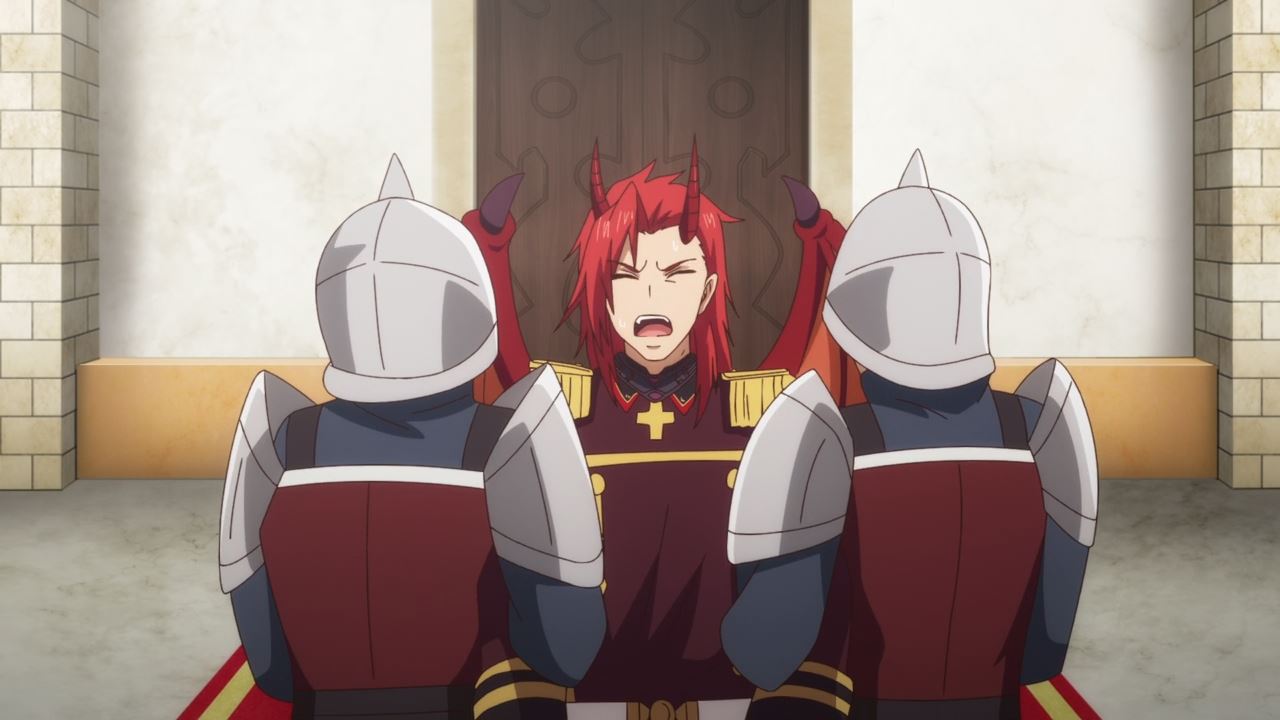 But anyways, the verdict is in as Castor Vargas is stripped of his nobility and placed under the surveillance of Excel Walter. Also, he’s barred from entering to the Duchy of Vargas, as well as seeing his son Carl and his former wife Accela.

Of course, Castor doesn’t care on what punishment he’ll take as he wants King Kazuya to spare his daughter Carla. 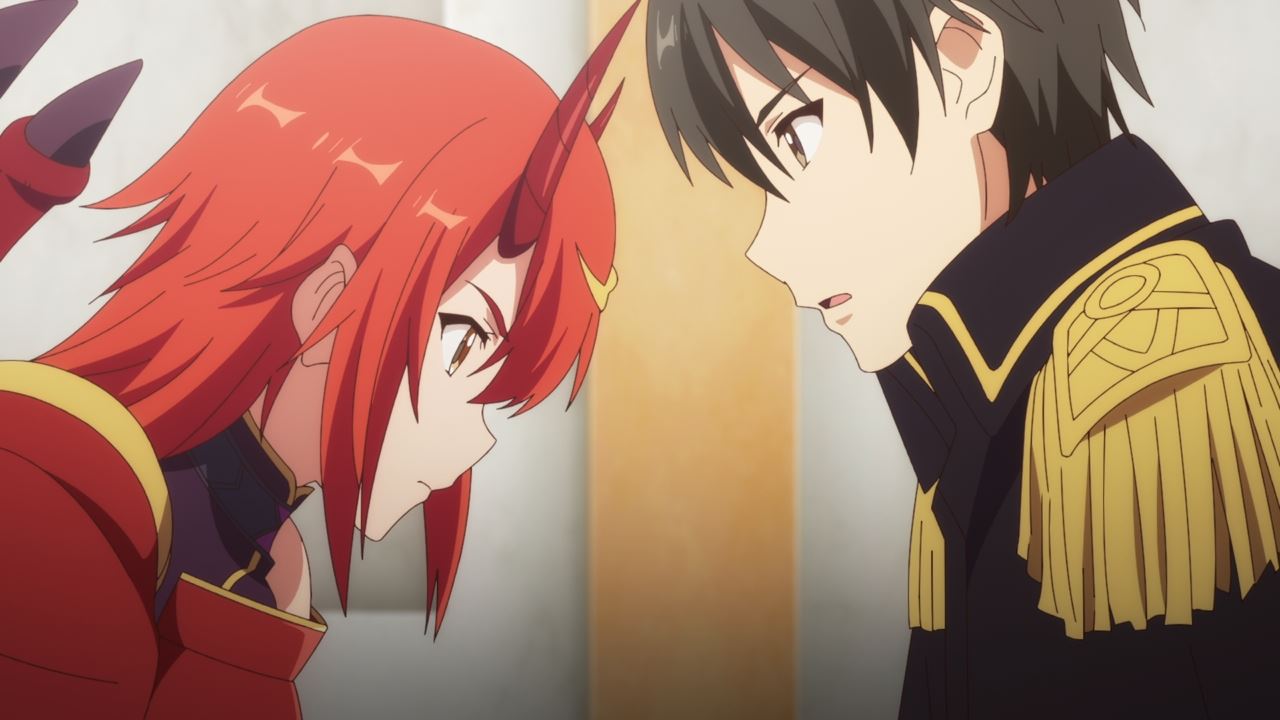 Speaking of Carla Vargas, King Kazuya Souma decided that she’ll become a slave for him and Liscia Elfrieden.

Of course, Kazuya wants Carla to take his head should he became a tyrant. Well, if Kazuya got beheaded, Carla will surely perish since she’s tied to his life. 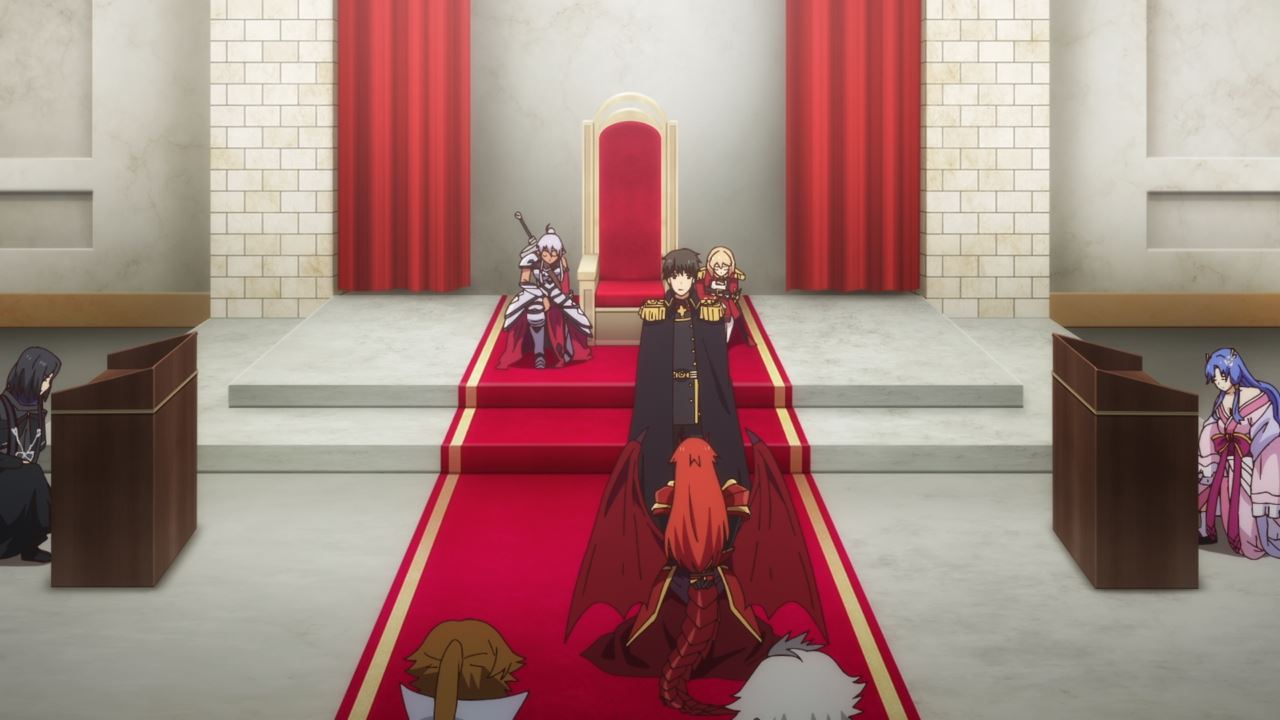 But that’s the end of the trial where Castor and Carla’s life was spared, but King Kazuya has blood in his hands where he ordered the death of 12 corrupted nobles sans Piltory Saracen and Owen Jabana. 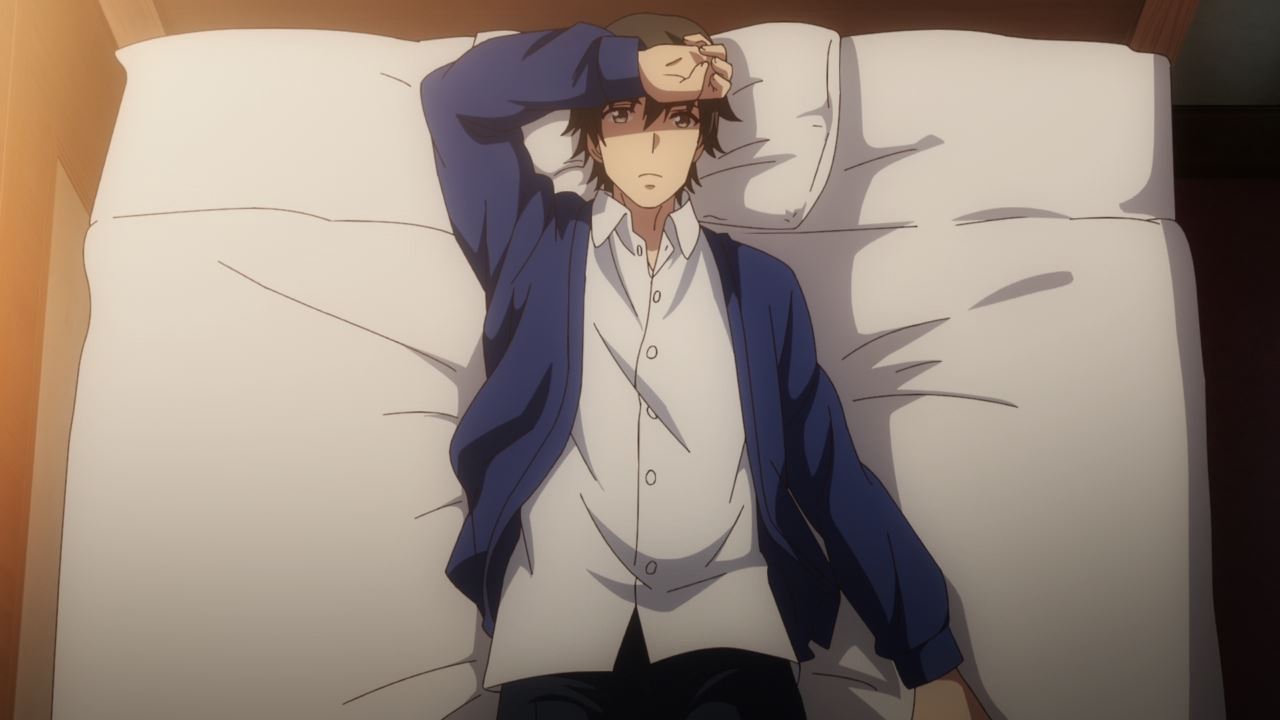 And speaking of Kazuya, he’s really stressed-out that ordering his assassins to decapitate the corrupted nobles almost broke his spirit.

While he has no regrets on eliminating the undesirables, Kazuya Souma needs to clear his mind or his judgement will be clouded. 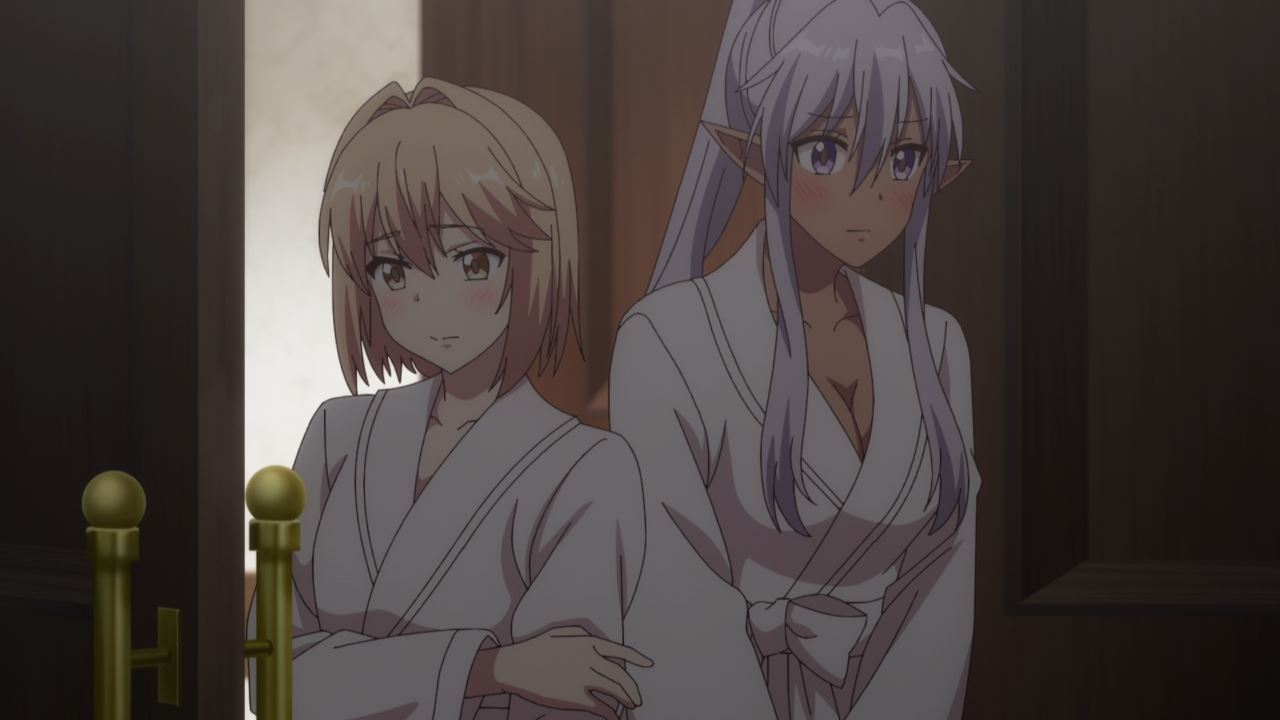 Fortunately, someone decided to calm Kazuya’s mind… in bed. Yes, both Liscia Elfrieden and Aisha Udgard decided to sexually heal his spirit since they’re queens after all. 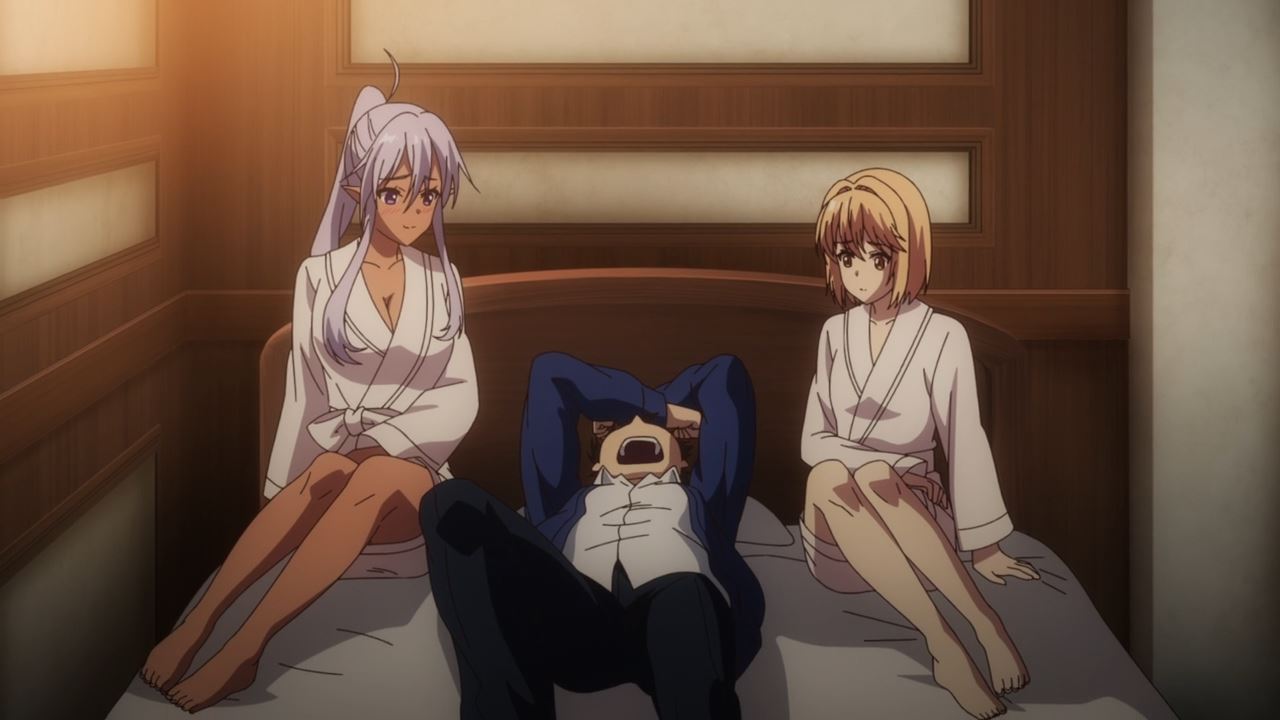 Of course, Kazuya felt that it’s too early to have sex with both ladies. Oh c’mon Kazuya, you have to do it for the sake of the kingdom! 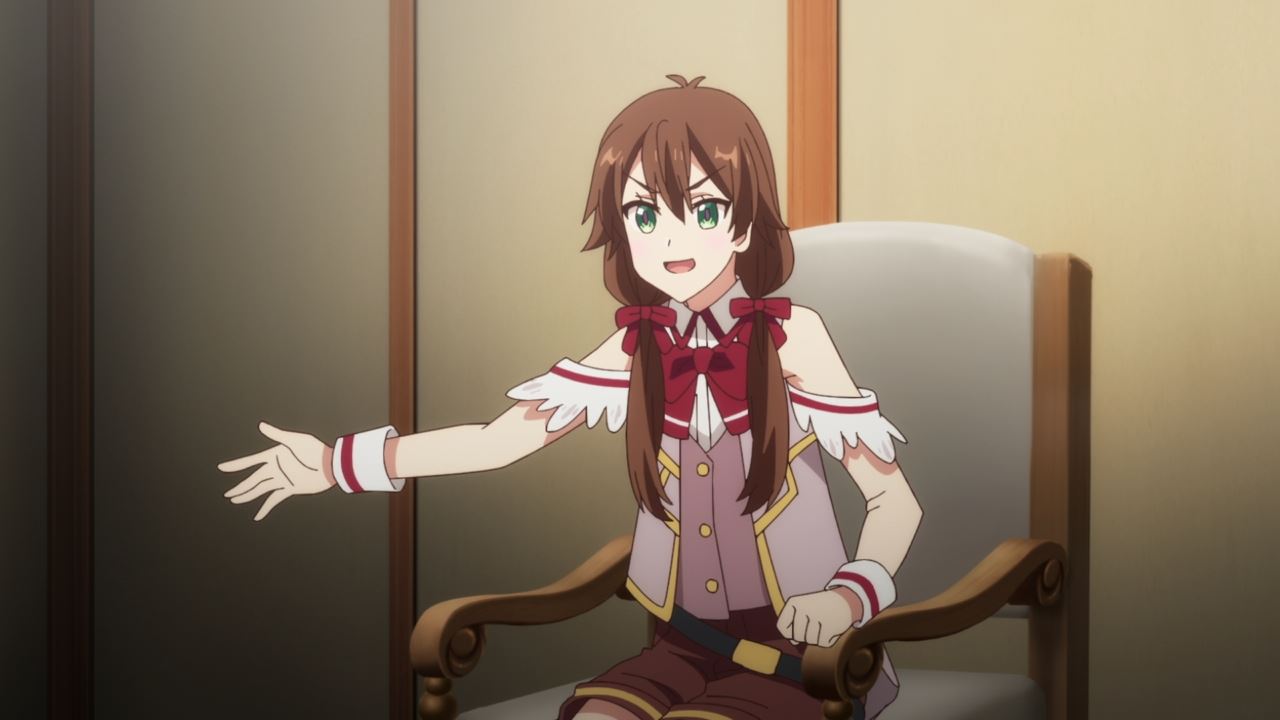 One last thing, looks like Roroa Amidonia is planning to outdo her idiotic brother Julius with a brilliant plan. I’m not sure what Roroa is planning on Amidonia’s future, but she needs Kazuya Souma to make her plan work.

But that’s about it for this episode where the Kingdom of Elfrieden no longer have any corrupted officials who try to undermine Kazuya’s rule. Now, let’s hope that there won’t be another war that will endanger Elfrieden as I’ll see you next time!