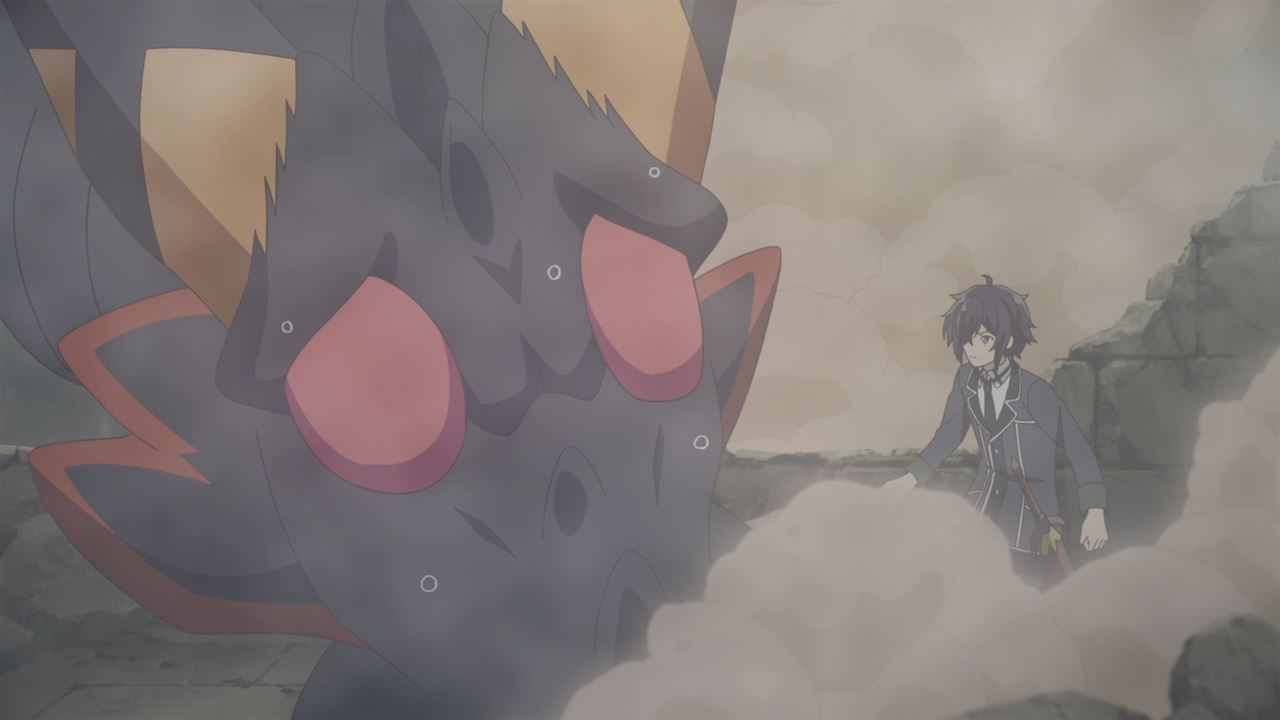 Well everyone, it’s time for Episode 4 where Mathias Hildesheimer and his friends have finally arrived at Erhard’s hideout, although Iris made a boo-boo where she made a crash landing. 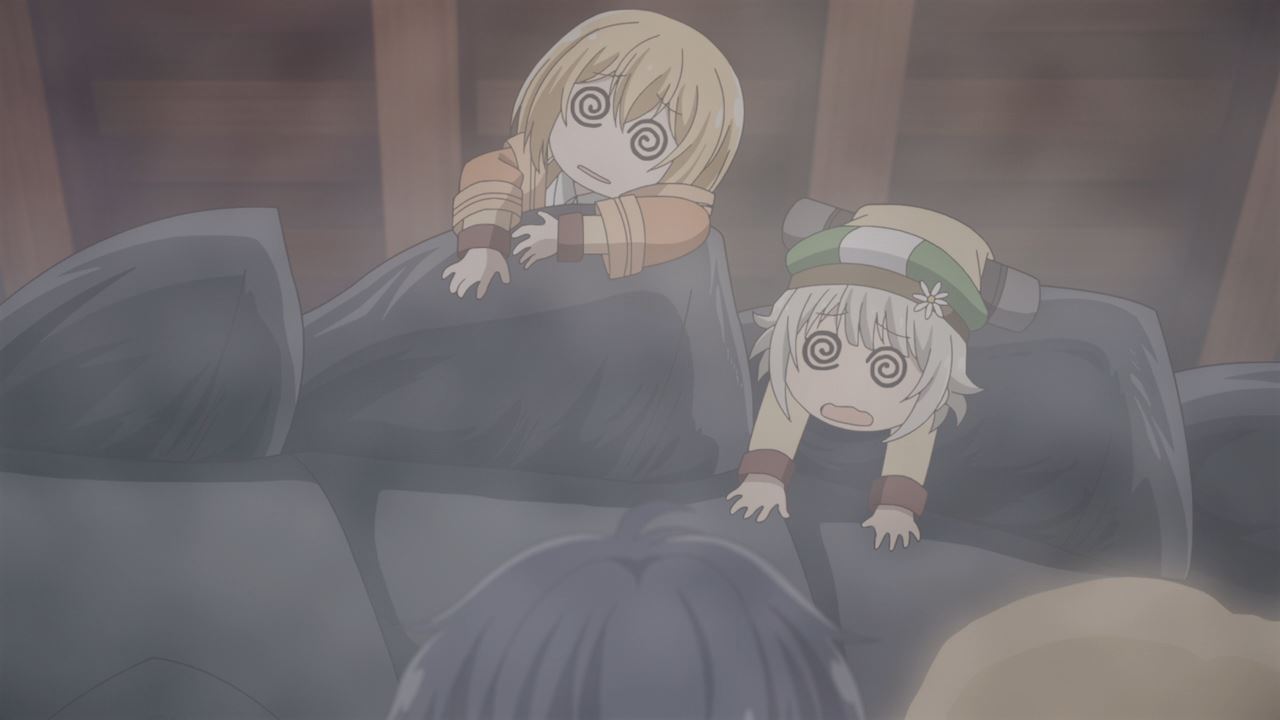 Anyways, let’s find Erhard where he’s hiding somewhere. Fortunately, Matty will use his magic to detect the demon. 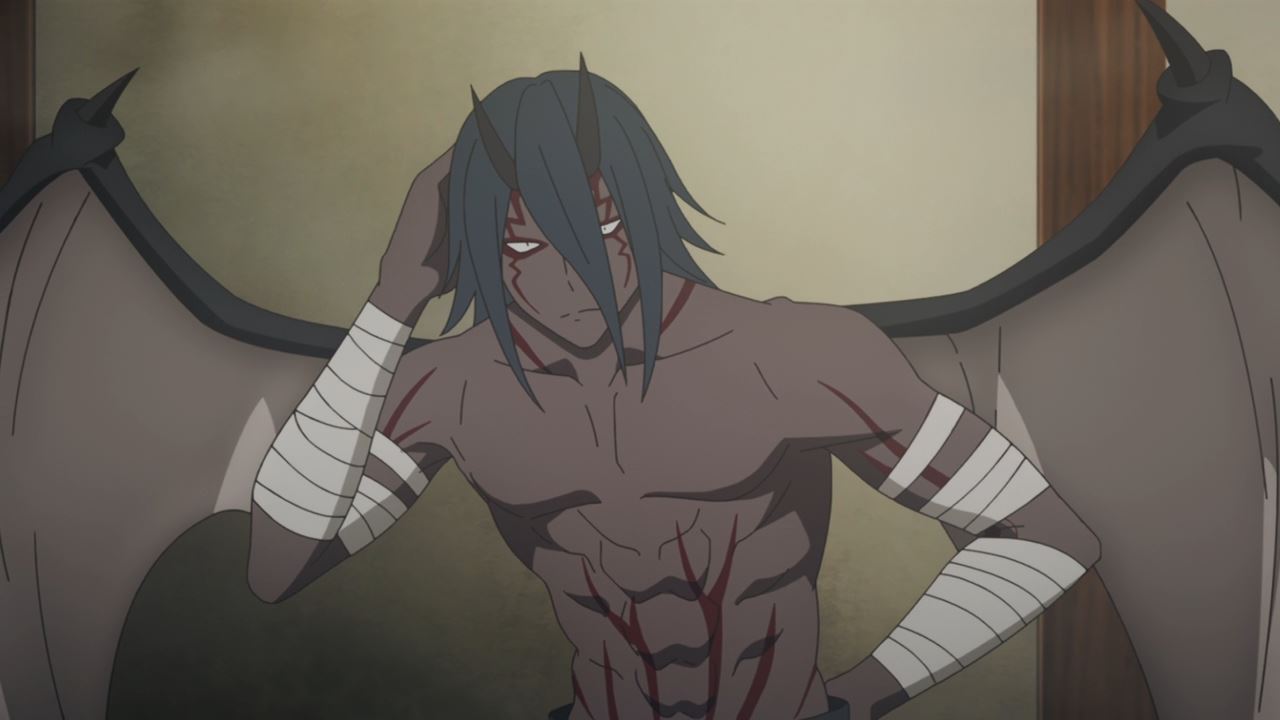 Oh, and here’s Erhard where he’s unaware that the intruders have finally arrived. Man, I feel that this demon will be easy to- 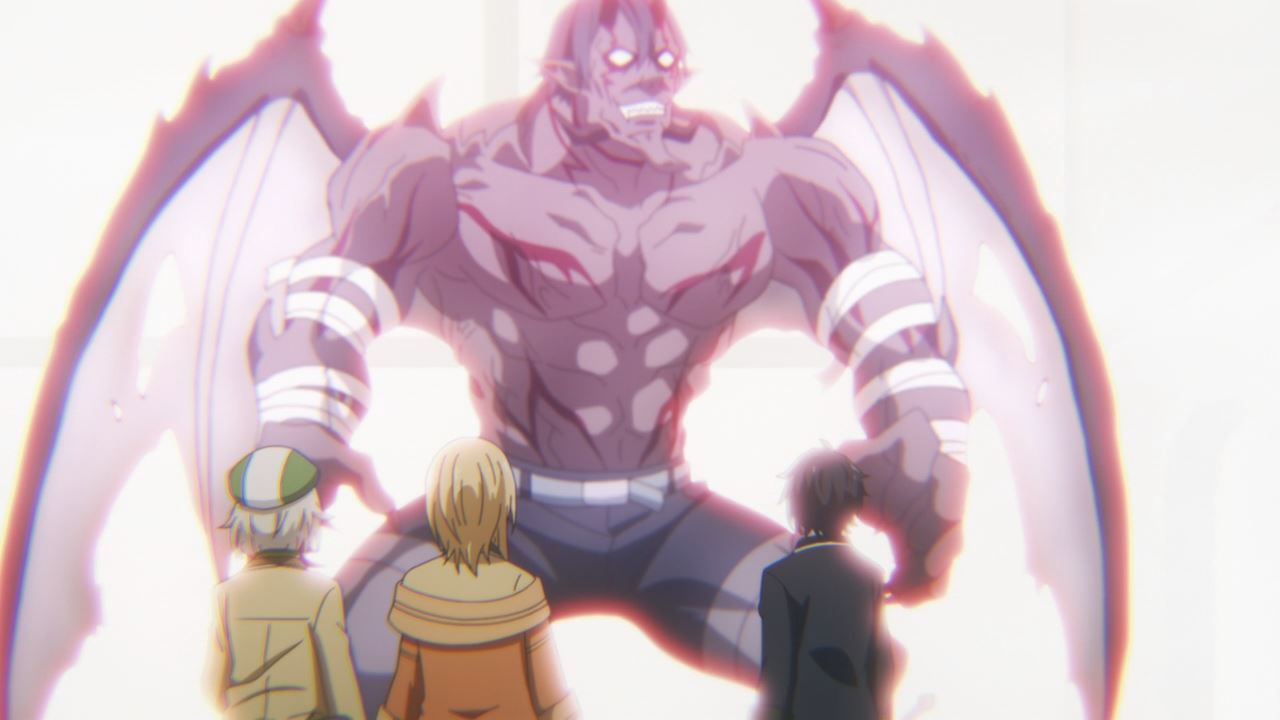 Oh wait, Erhard went into super mode called Disfortune where he basically bulk-up his body to become stronger. Honestly, despite his bulk, Erhard looked so dumber. 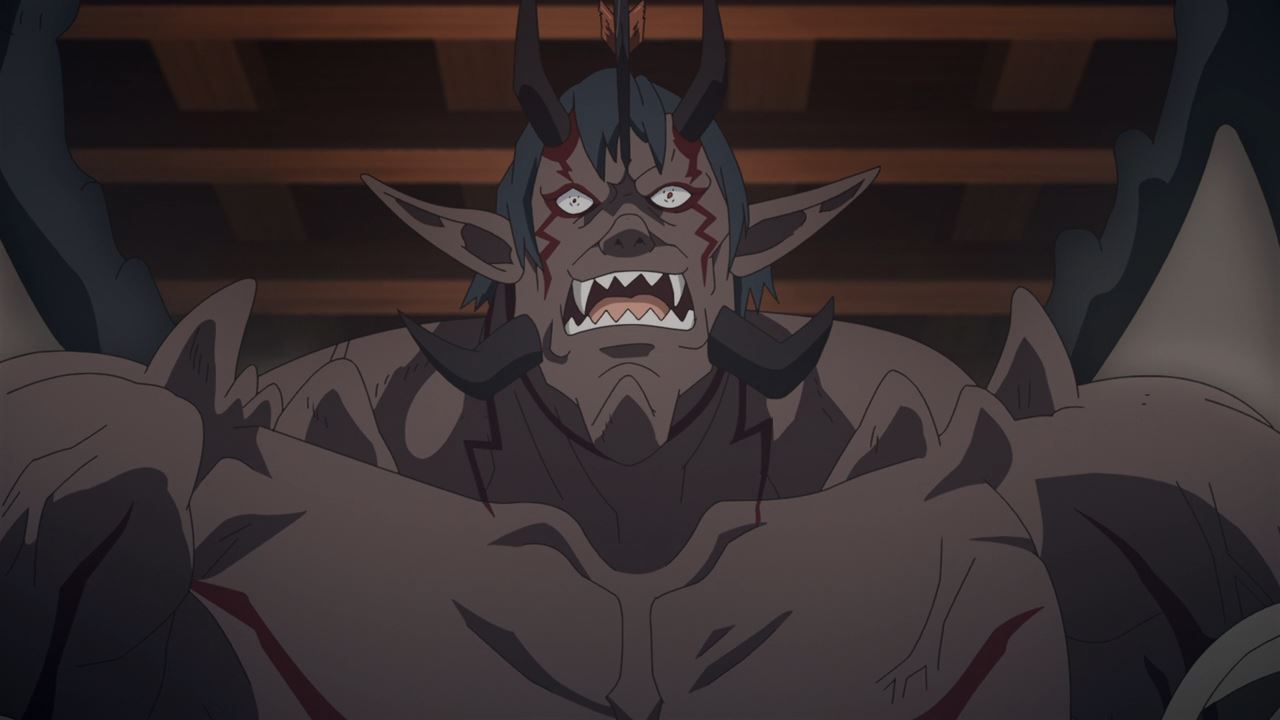 Therefore, Alma shoots Erhard with a toxin-filled arrow straight to his head. That was quick and disappointing coming from this demon. 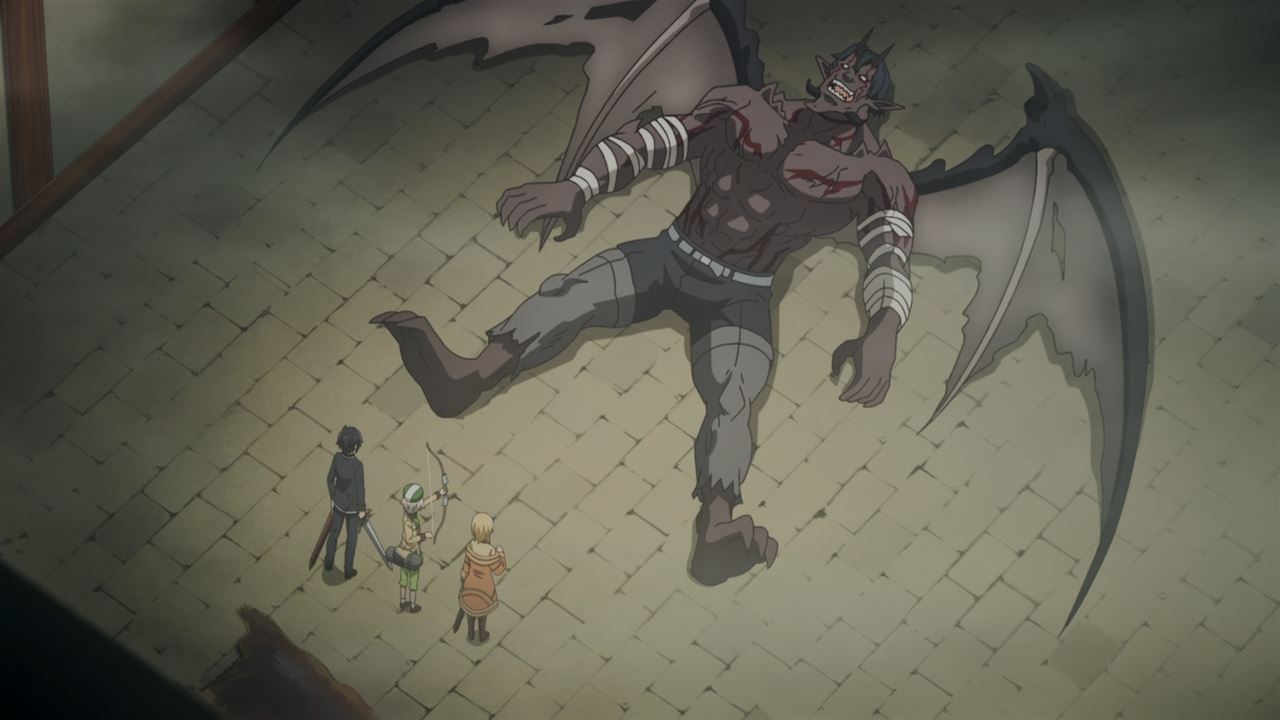 Well then, Erhard is defeated thanks to the combined efforts of Lurie and Alma. However, there’s one more demon lurking around the hideout. 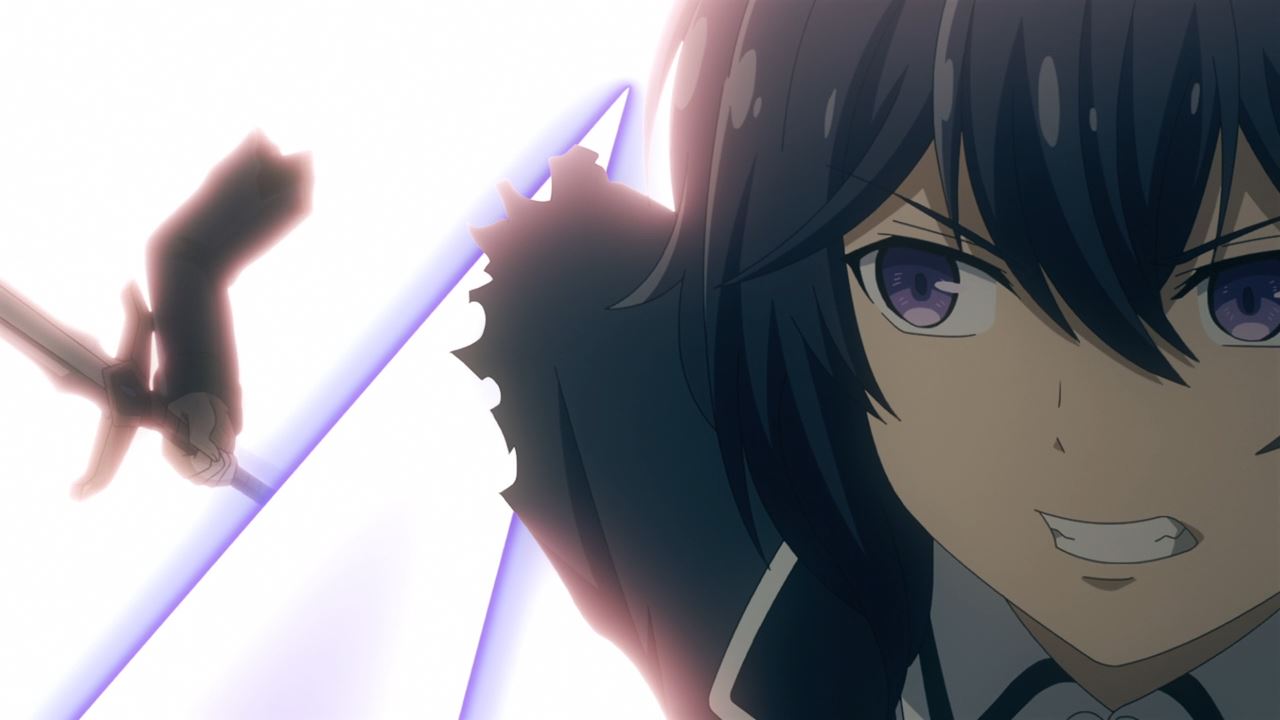 And it turns out that this demon cuts Mathias’ right arm cleanly. Oh no, a mere demon beat the reincarnated sage easily! 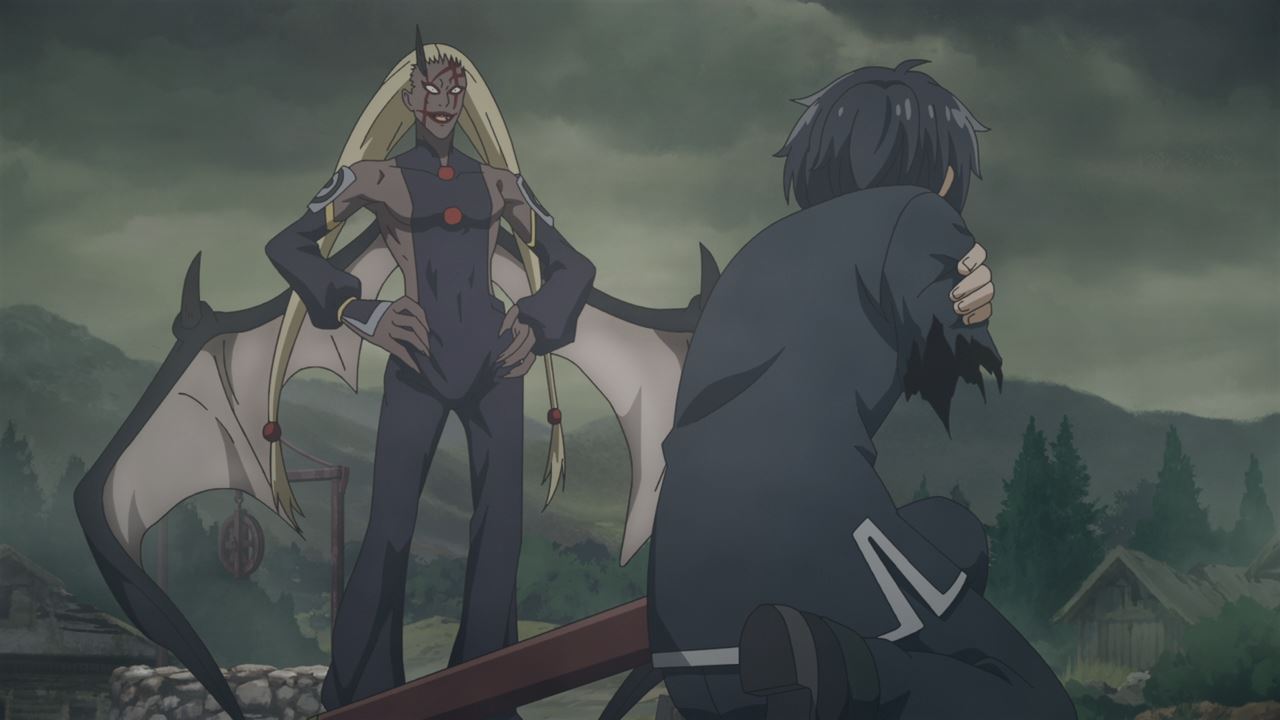 Anyways, this is Ayrias where he’s about to kill Mathias Hildesheimer once he told the sage to say his last words. Oh really Ayrias, are you sure that Matty is gonna die at your hands? 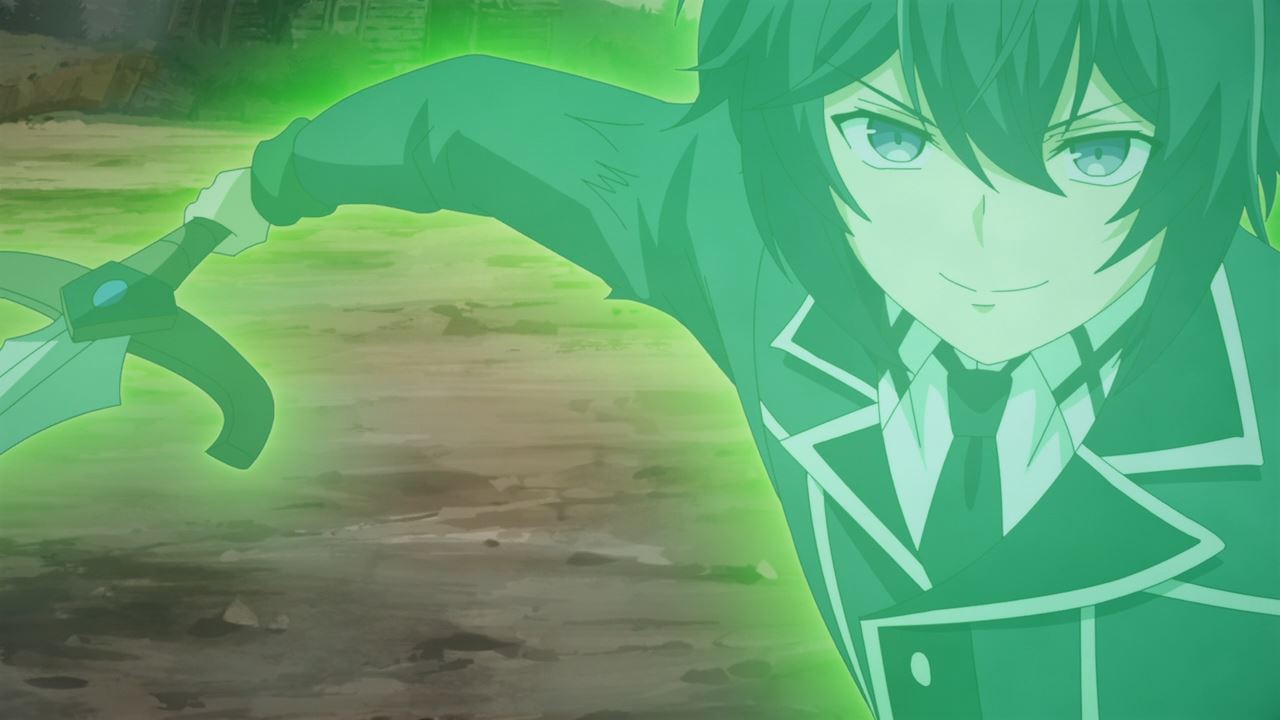 That’s until Matty showed off a party trick where reattaches his right arm. Well everyone, it’s game over for Ayrias! 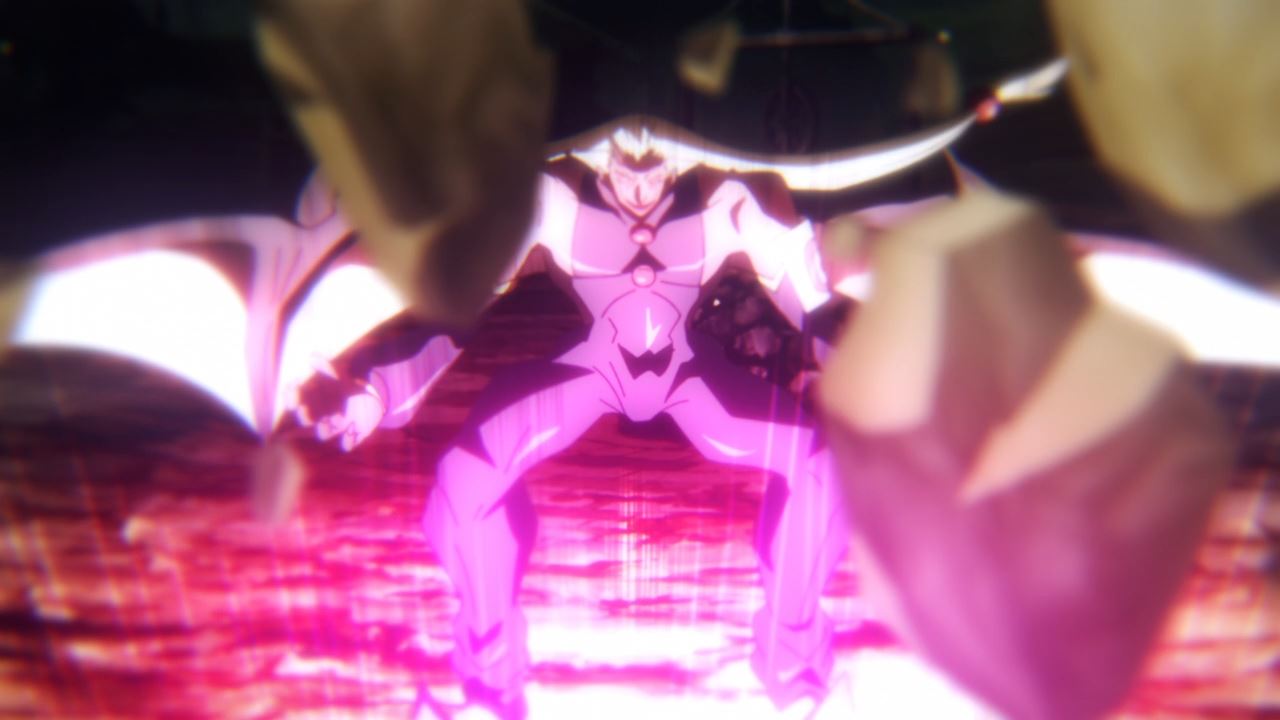 Except that he’s not yet done as the demon used Magic Circuit Overclock to become stronger. Oh, I’m so scared that Matty will lose! 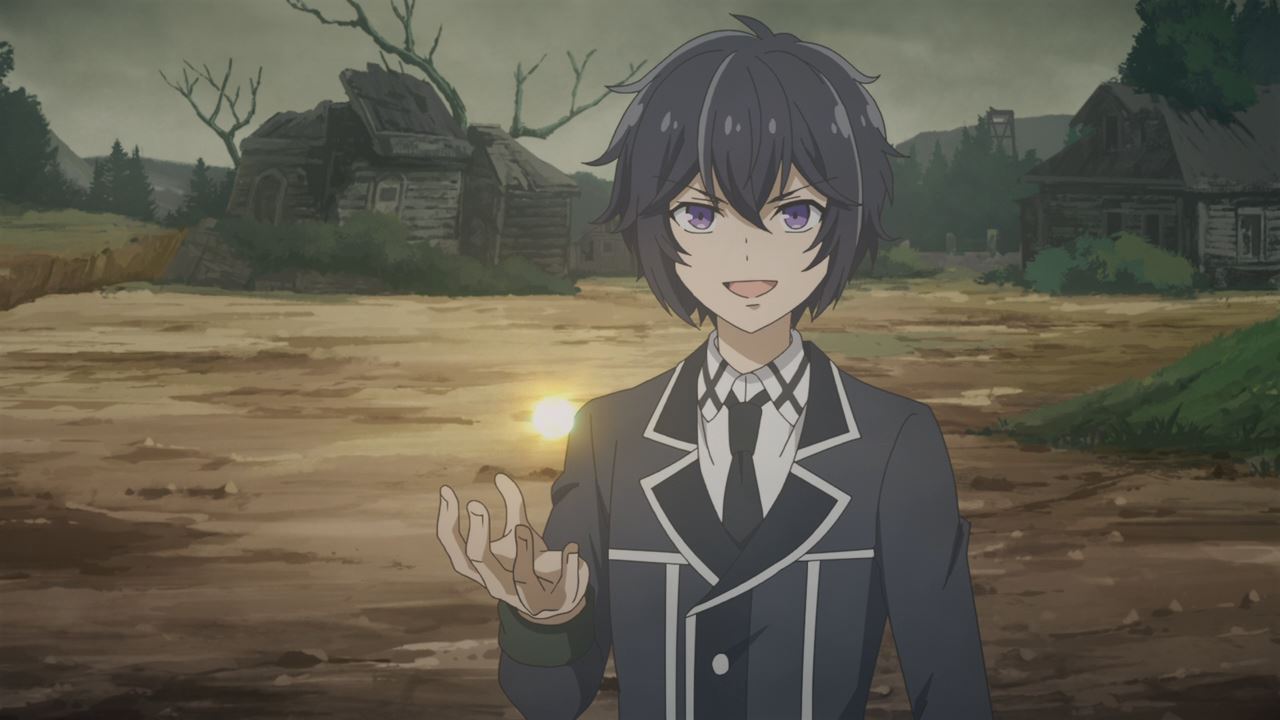 Speaking of Mathias, he’s holding a yellow orb where he’s planning to overload Ayrias’ magic powers until his body can’t contain it. That’s a brutal way to kill a demon. 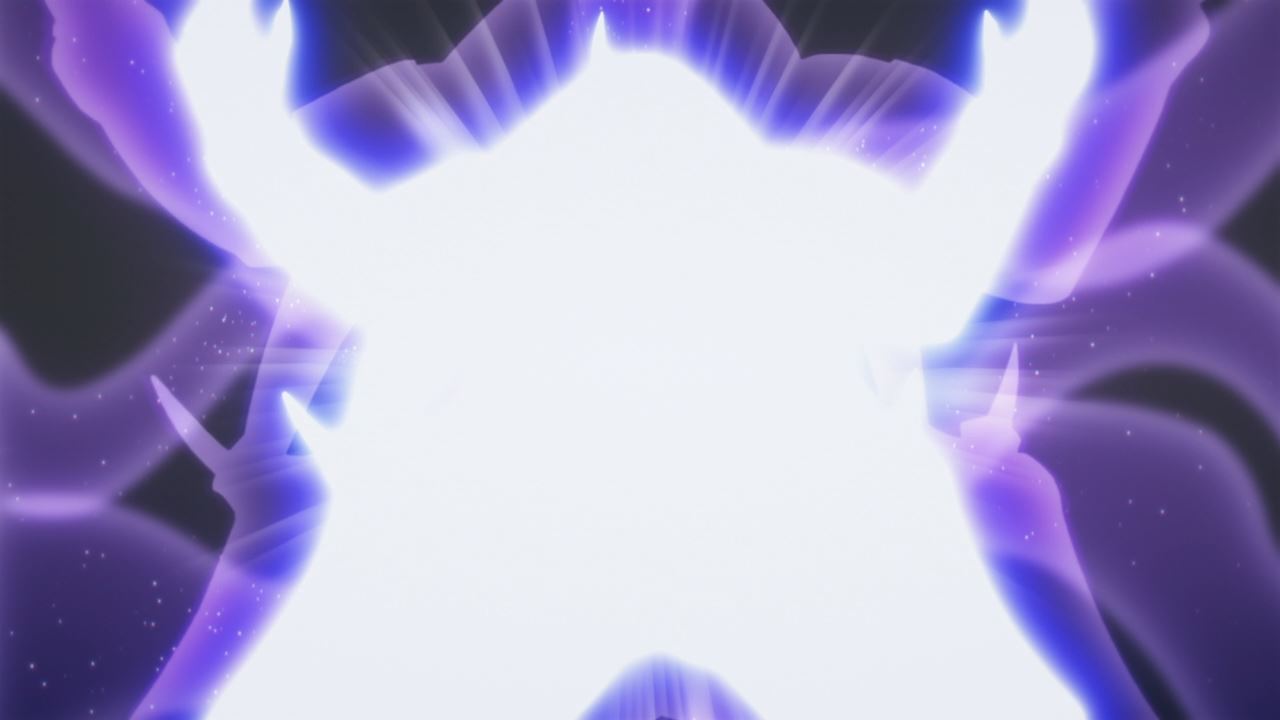 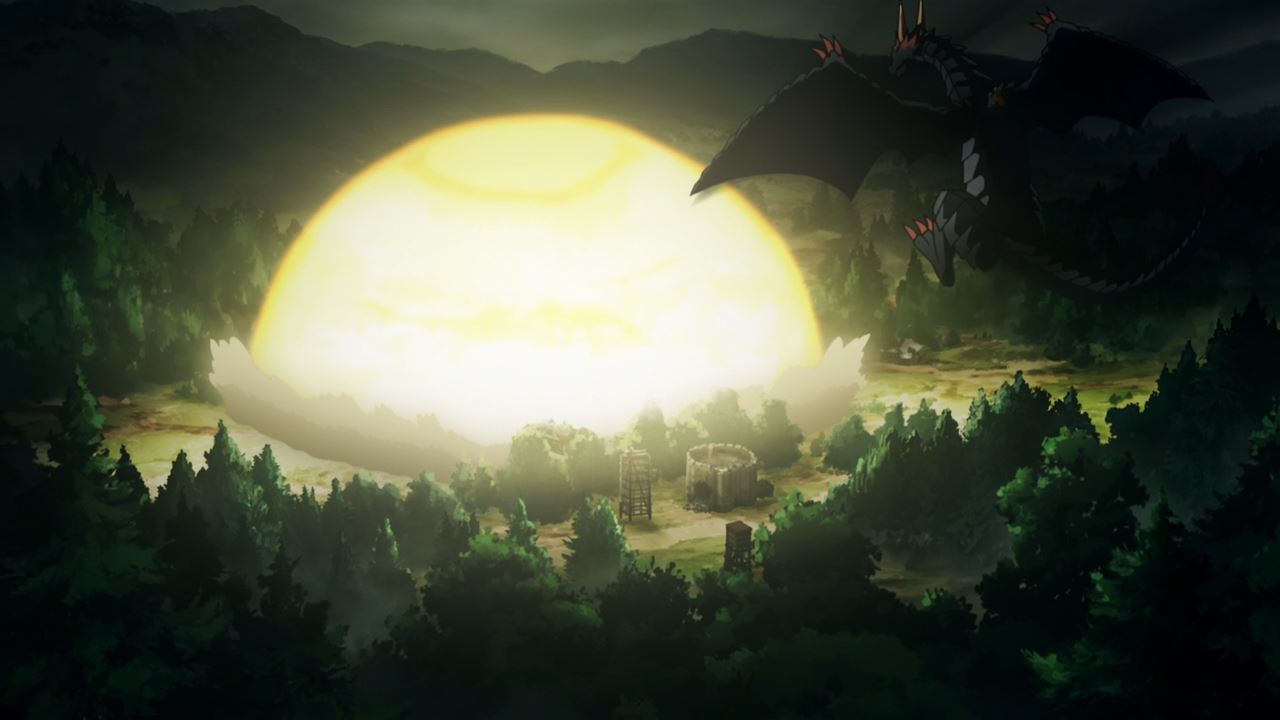 Anyways, Ayrias is defeated where Mathias Hildesheimer made his body explode. And seriously, he sure overdid himself with this giant explosion! 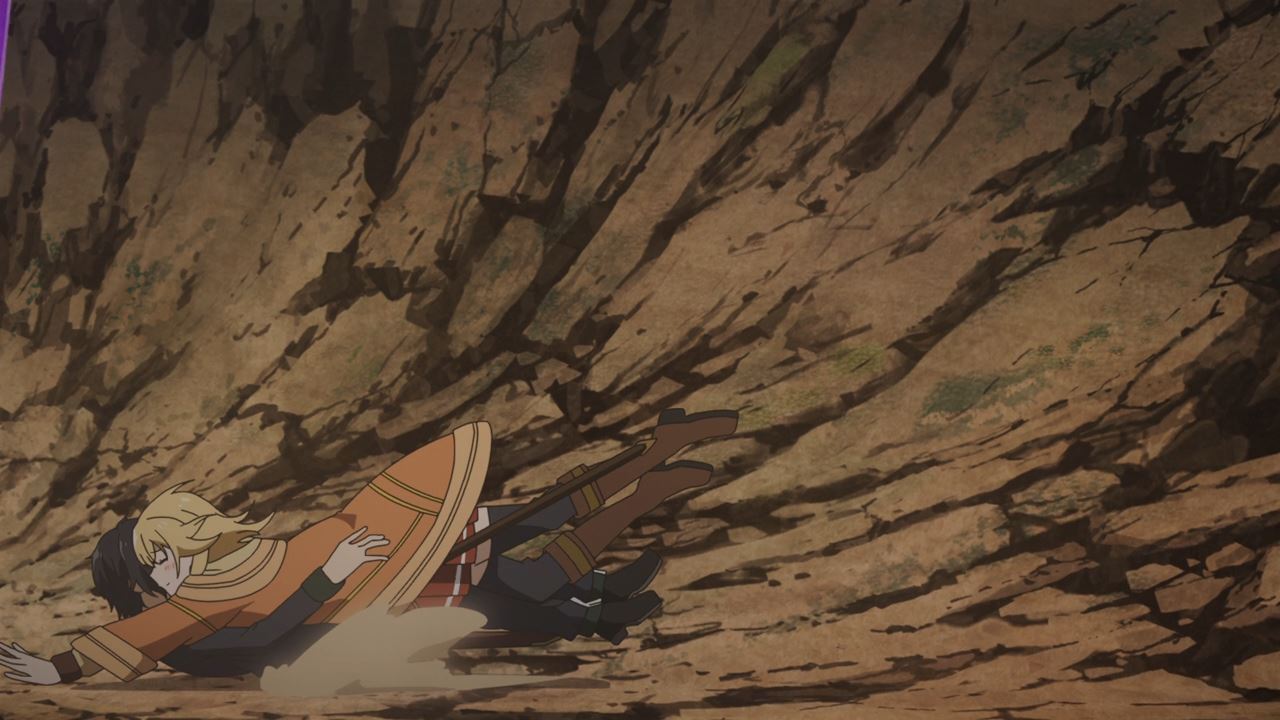 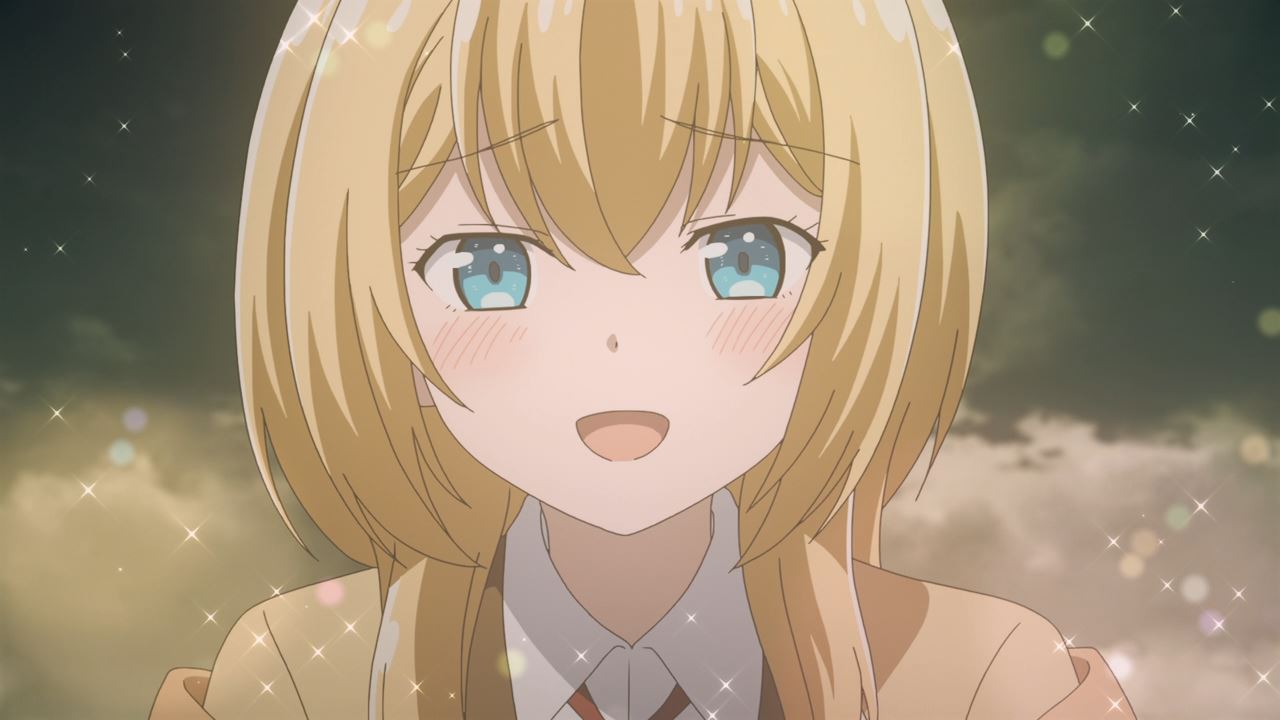 Now then, time for Lurie Arvento Roth to grab Mathias Hildesheimer as she’s really worried that he might die in the explosion. 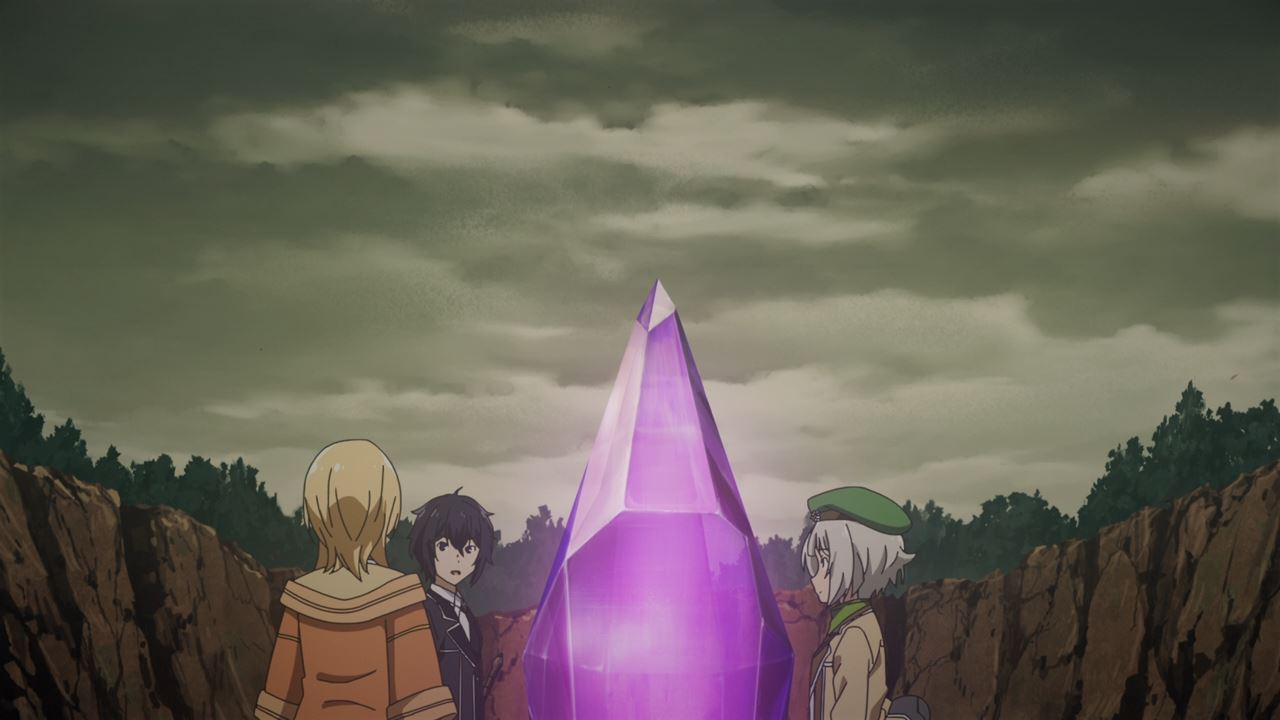 After getting that sweet embrace from Lurie, it’s time for Matty to talk about this giant crystal underneath Erhard’s hideout.

This is a Dragon Vein Pillar where it can attract a horde of monsters. Well, 5,000 dungeon-class monsters where Erhard and Ayrias will command them to attack the capital. 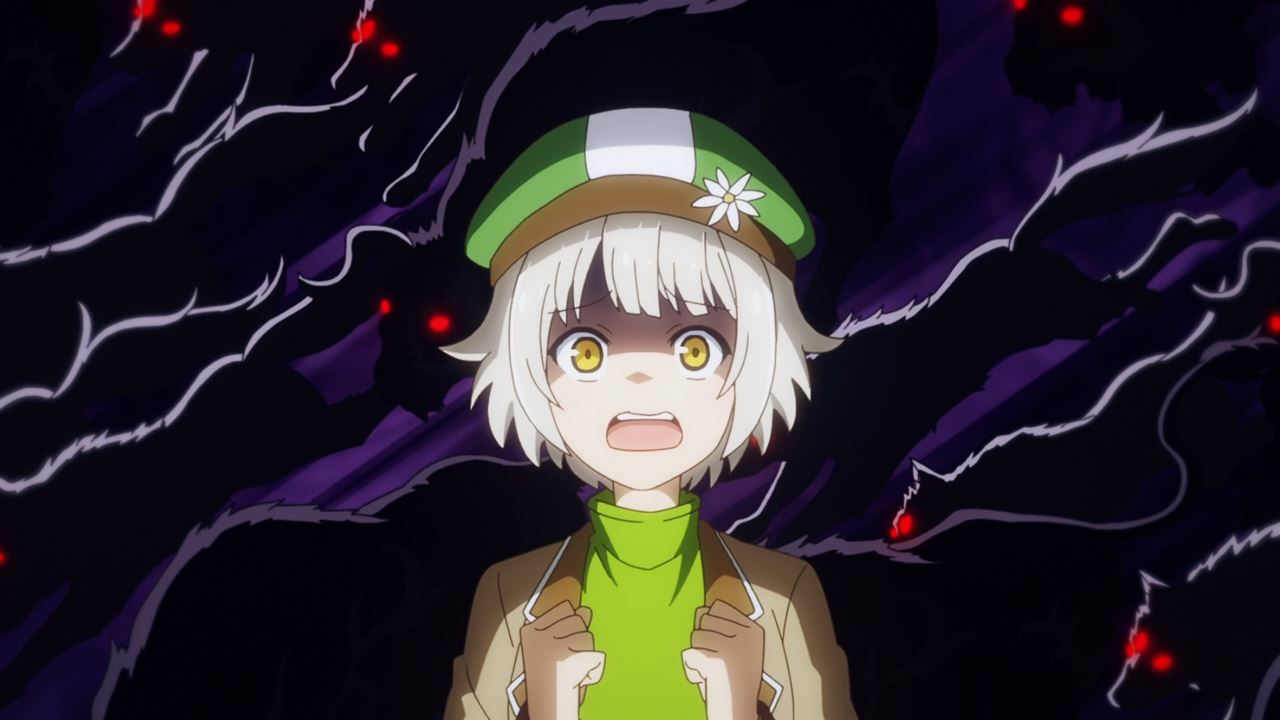 Yeah, it’ll be a scary sight for sure that Alma might get overwhelmed when a horde of monsters attack the Kingdom of Eis. 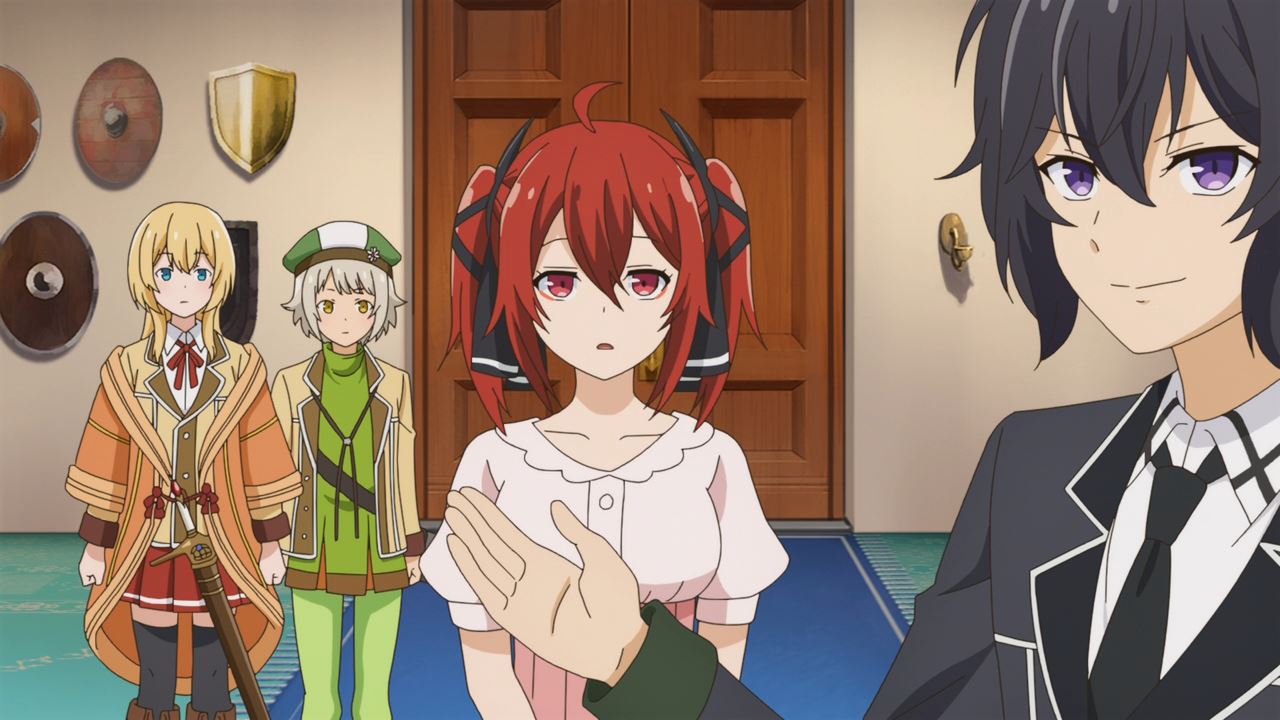 But first, Matty will have to let Iris enroll to Second Magic Academy as a human. Then again, I’m worried that the faculty staff and the students might learn that she’s a dragon. 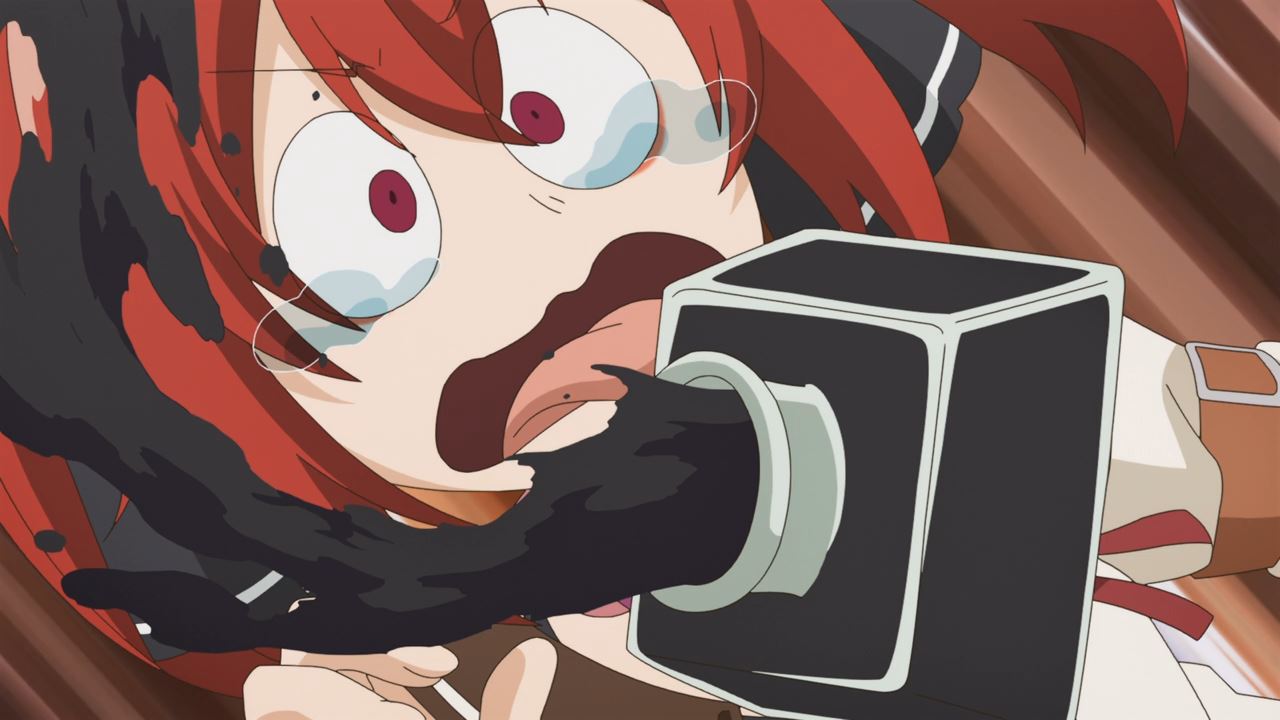 I mean, look at Iris as she tries to taste black ink. Well, there goes her written test as she failed spectacularly. 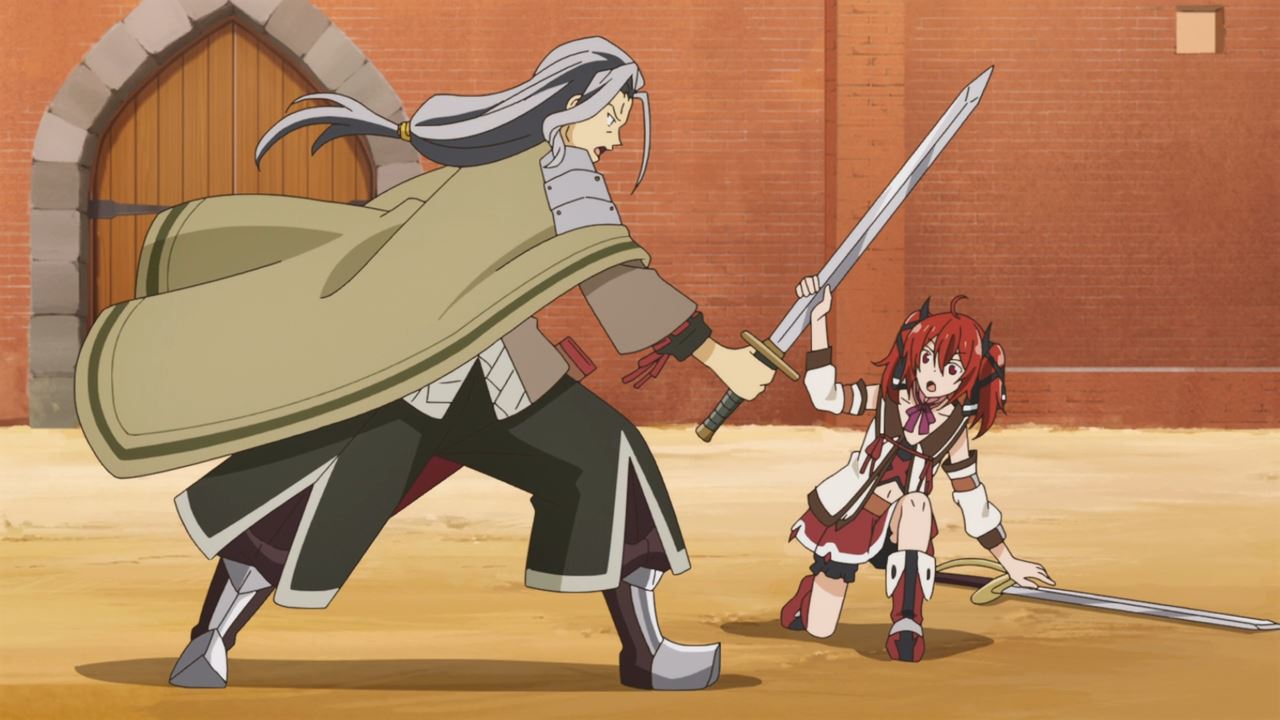 On the other hand, Iris managed to beat Guile in the swordsmanship test where she not only grabbed his sword with her bare hands… 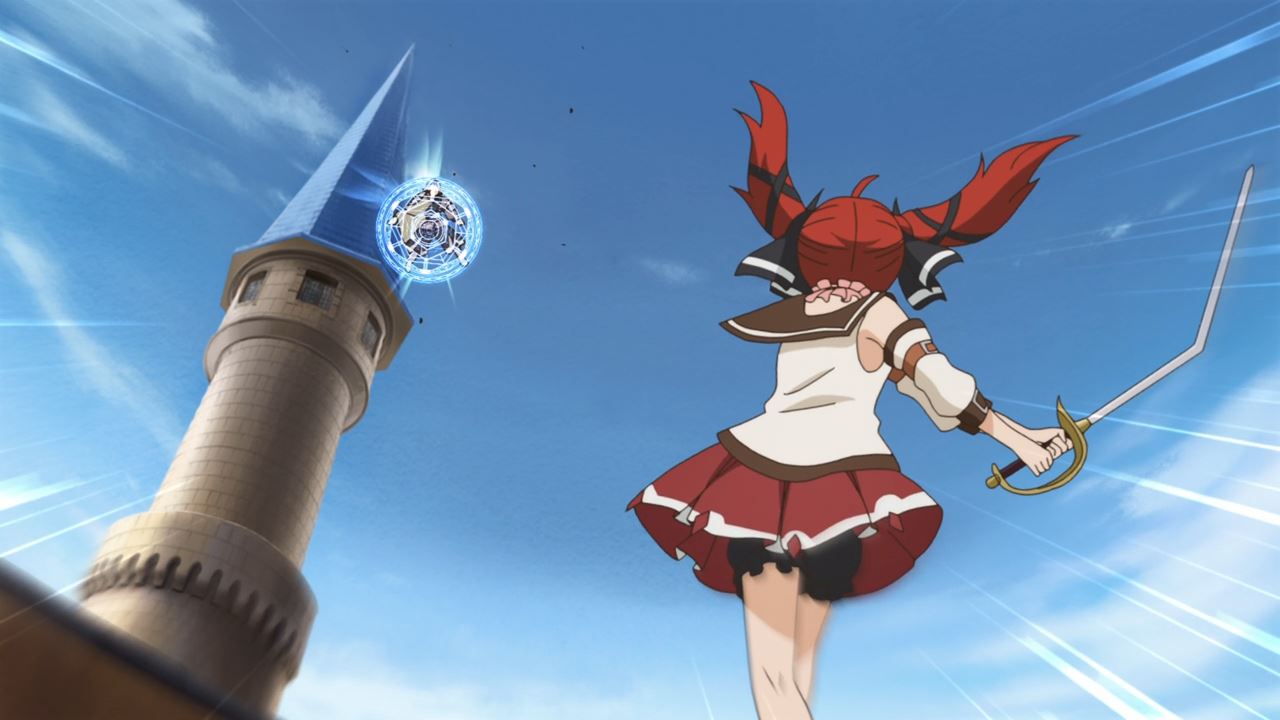 …but also whacks the facilitator like a baseball bat. Okay Iris, it would be better if you use gauntlets instead of swords ’cause you bent one. 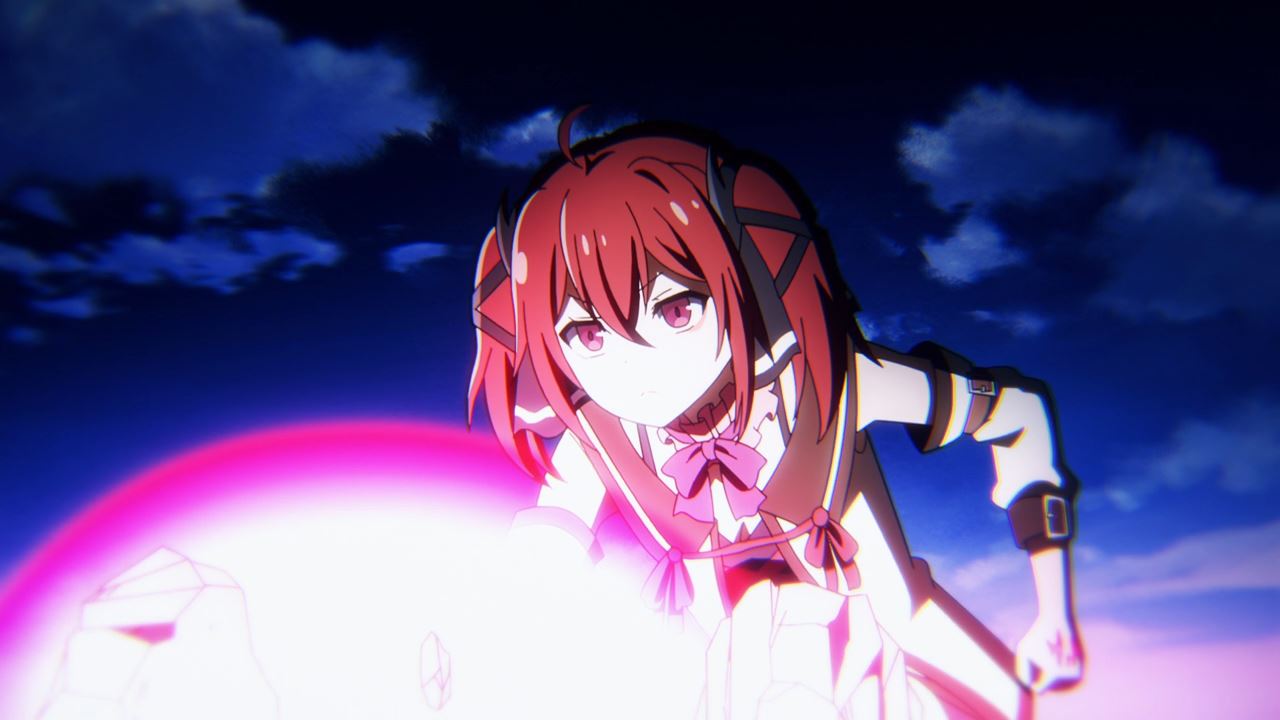 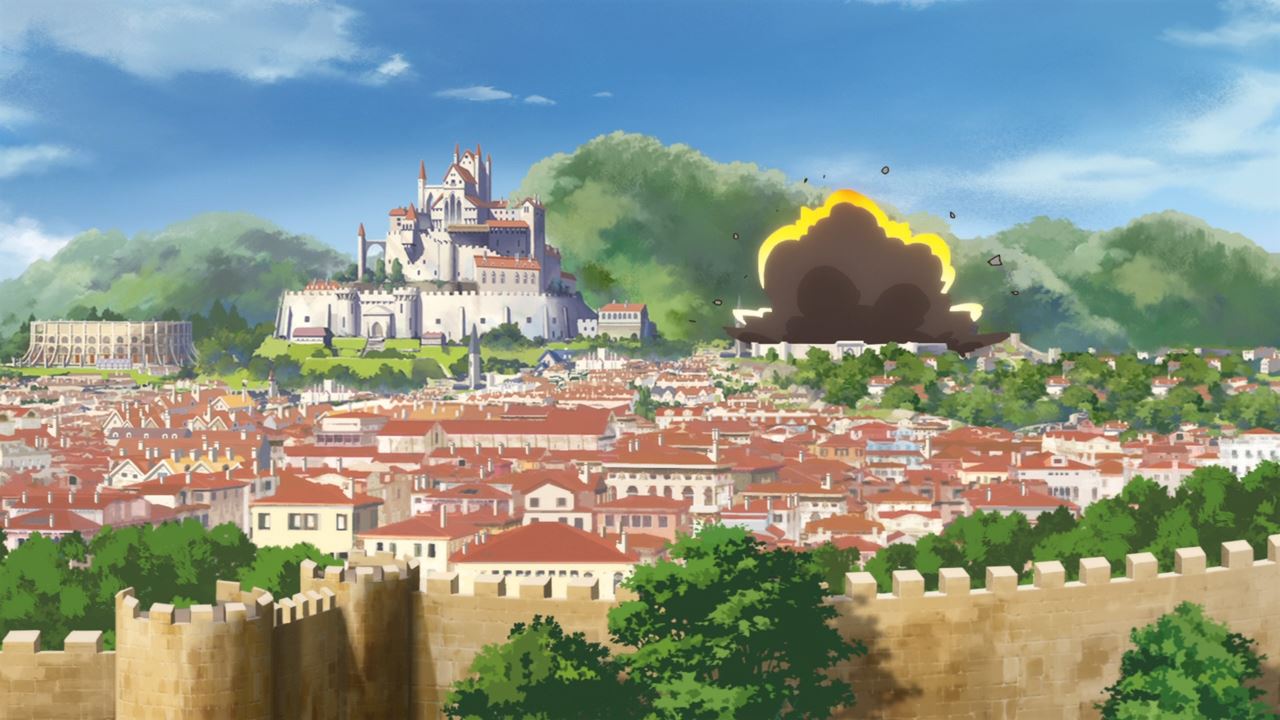 And one last thing, it appears that Iris blew up the entire campus rather than the targets for the magic aptitude test. But hey, at least Iris passed the entrance exam and thus she becomes a student of the Second Magic Academy.

You know what, I’m starting to feel that this generic fantasy show is getting interesting now that it’s getting even more ridiculous. If this direction continues on the next episode, I might forgive Shikkakumon no Saikyou Kenja for being a boring show to watch.