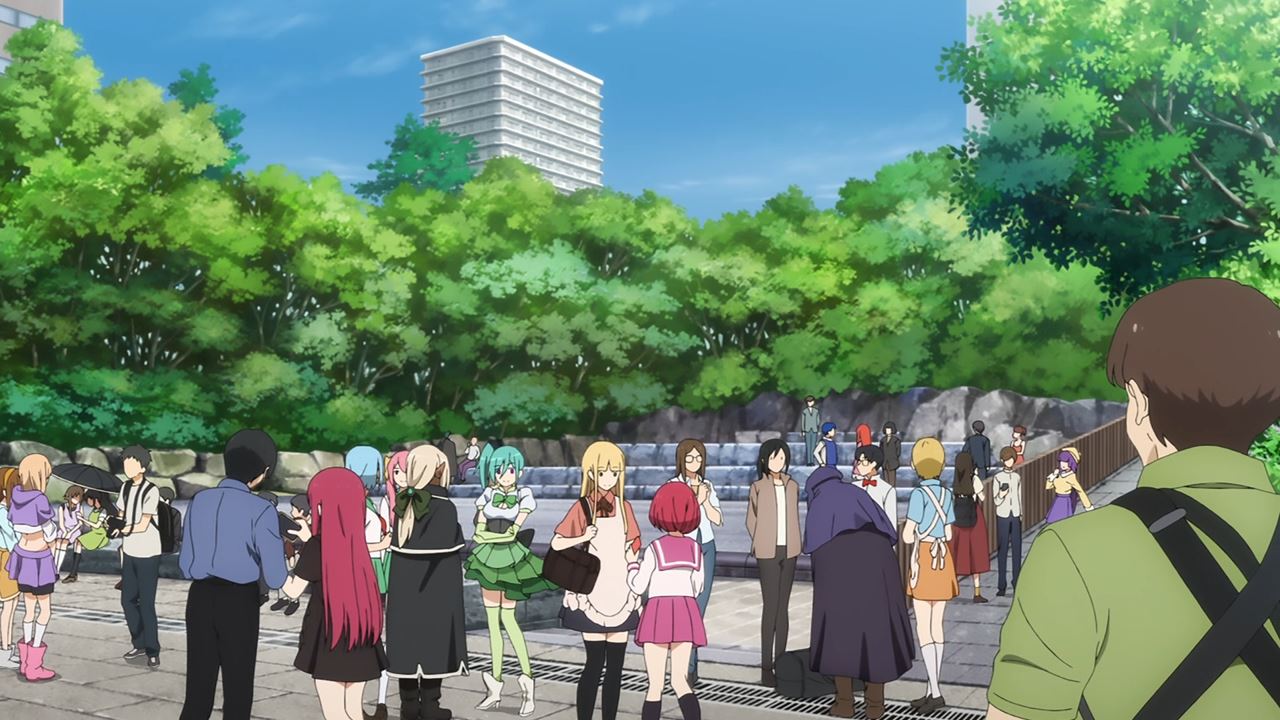 Well everyone, it’s time for Marin Kitagawa’s cosplay debut as she and Wakana Gojo went to an event where it’s full of cosplayers, both male and female.

Speaking of Gojo-kun, is he okay after pulling an all-nighter on making Kitagawa’s costume based on Shizuku Kuroe? C’mon, he’s feeling a bit tired after that ordeal. 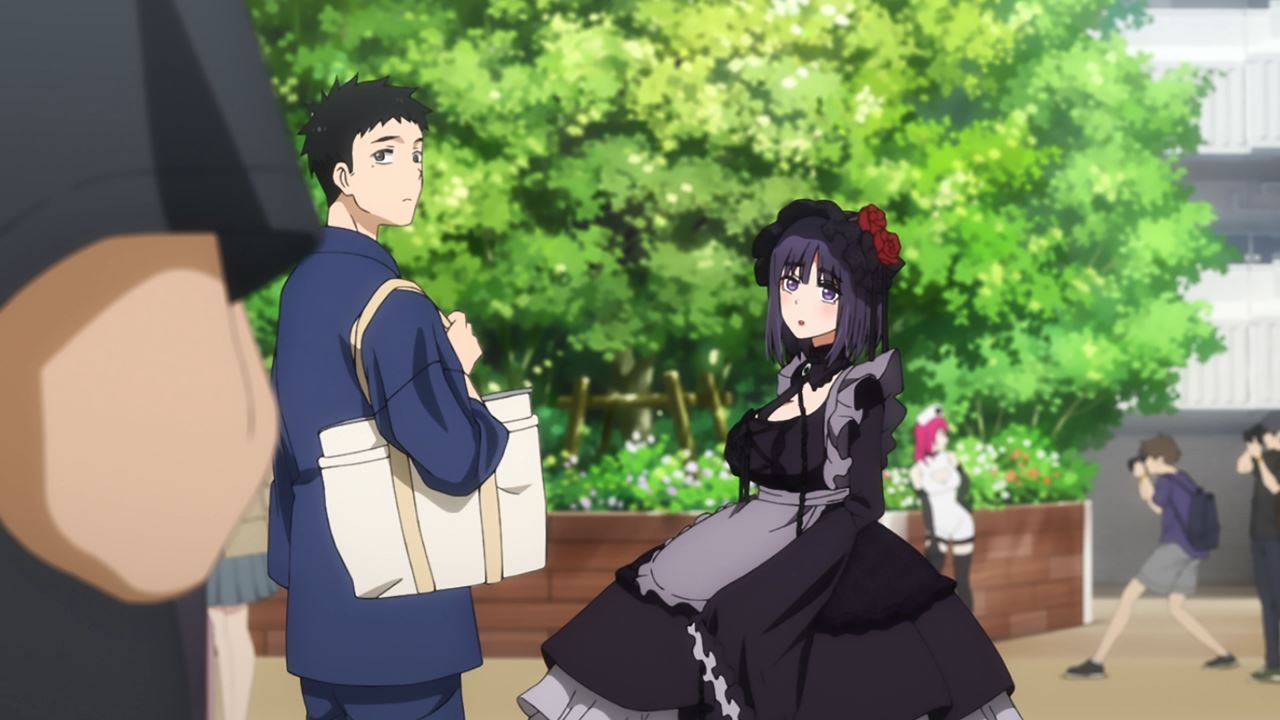 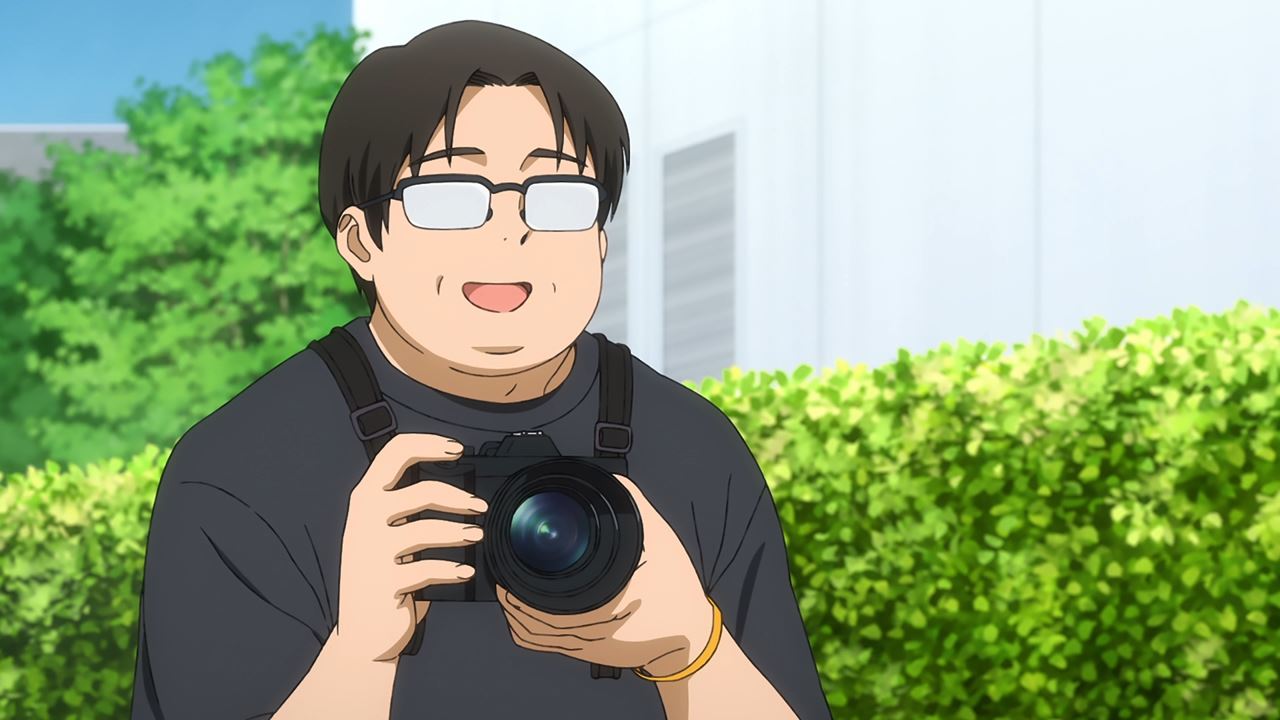 Now then, it’s time for Marin to strike a pose at various photographers, including this dude who’s a fan of the Slippery Girls eroge series. I bet that his favorite character is Shizuku-tan. 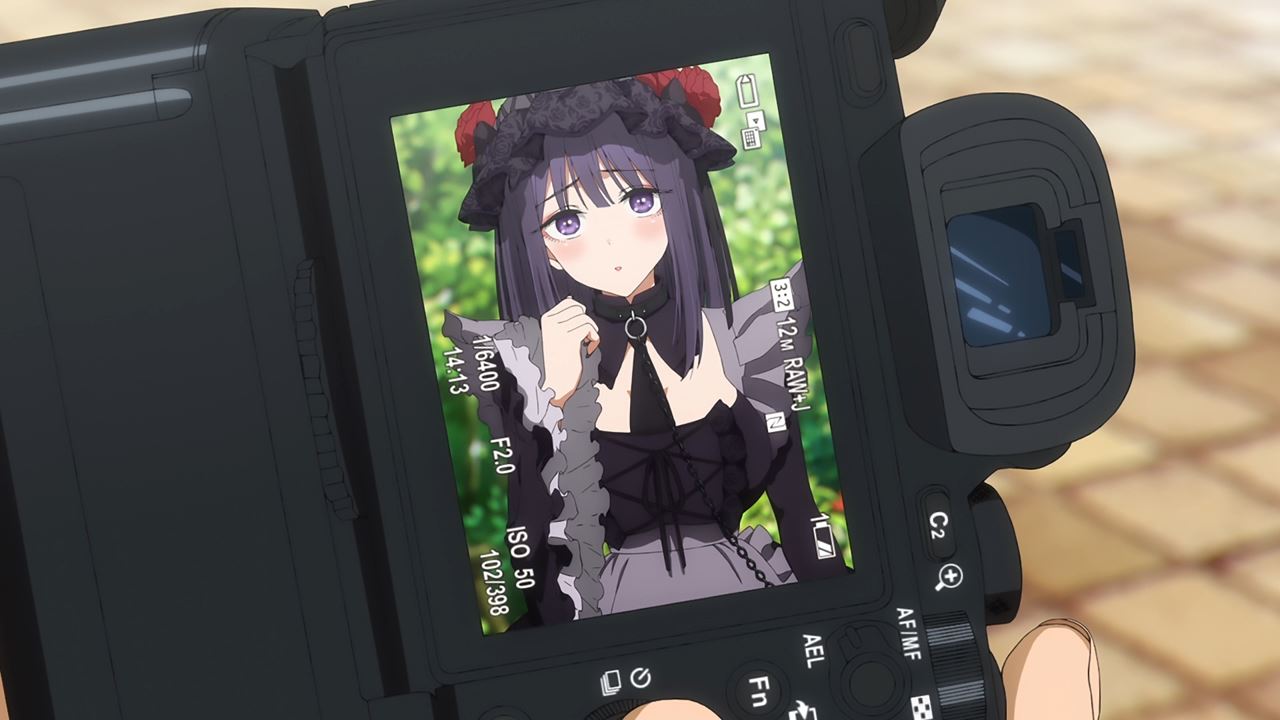 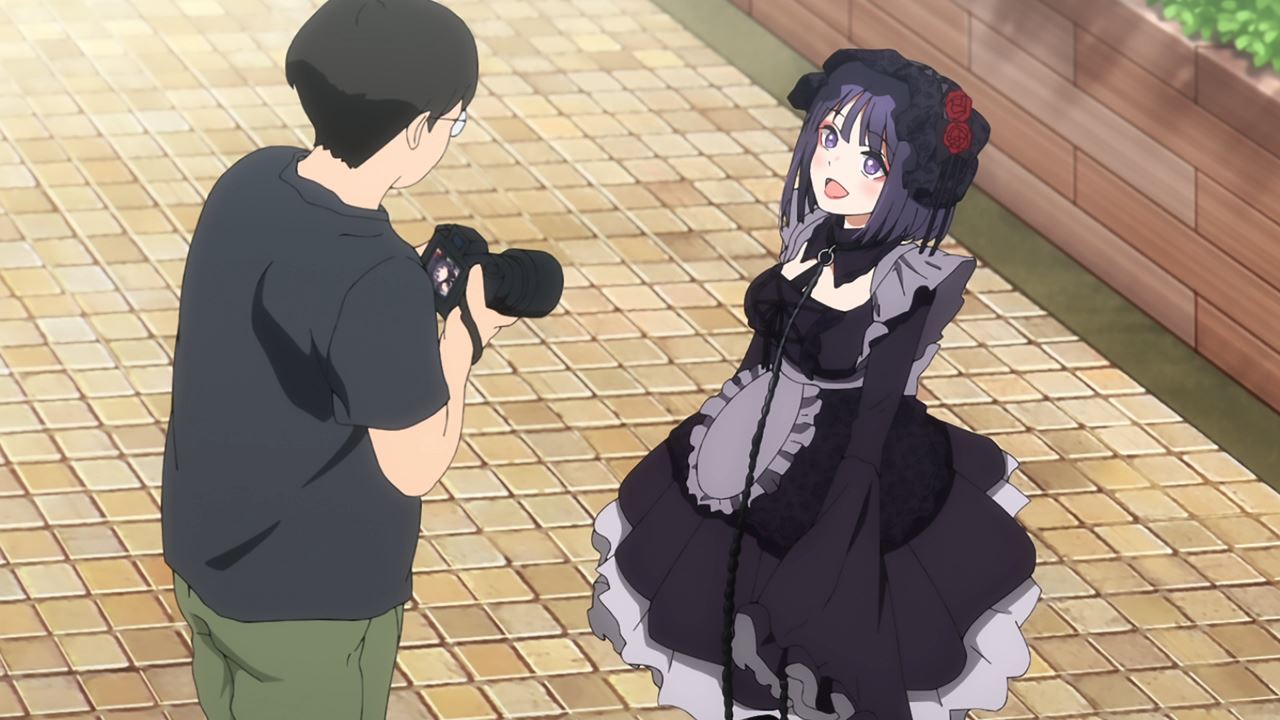 Anyways, looks like Kitagawa managed to act like her favorite character as the photographer got some candid shots of her.

Well, glad that she’s doing great in her cosplay debut, but it appears that Marin is feeling the heat after wearing the Shizuku costume for a long period. 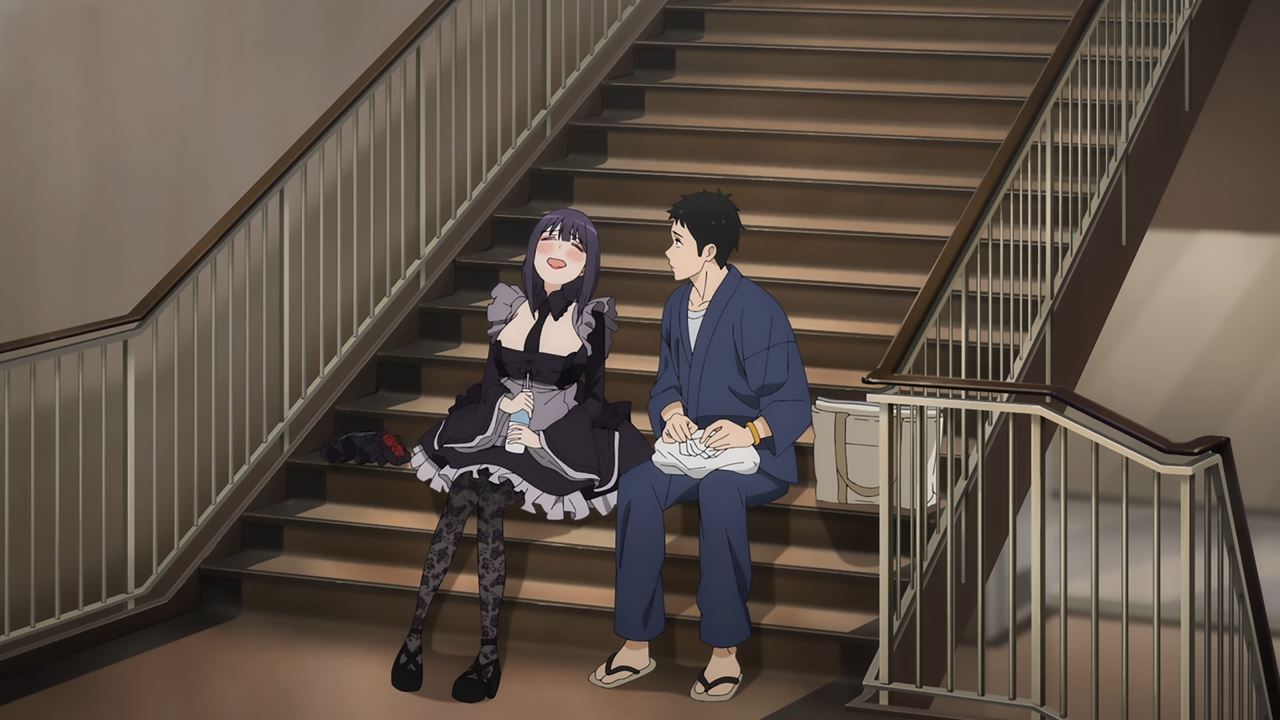 In any case, time for Kitagawa to cool herself down as Wakana Gojo will assist her, from wiping her sweat to giving her a bottle of water. It would be bad if Marin collapsed due to heatstroke. 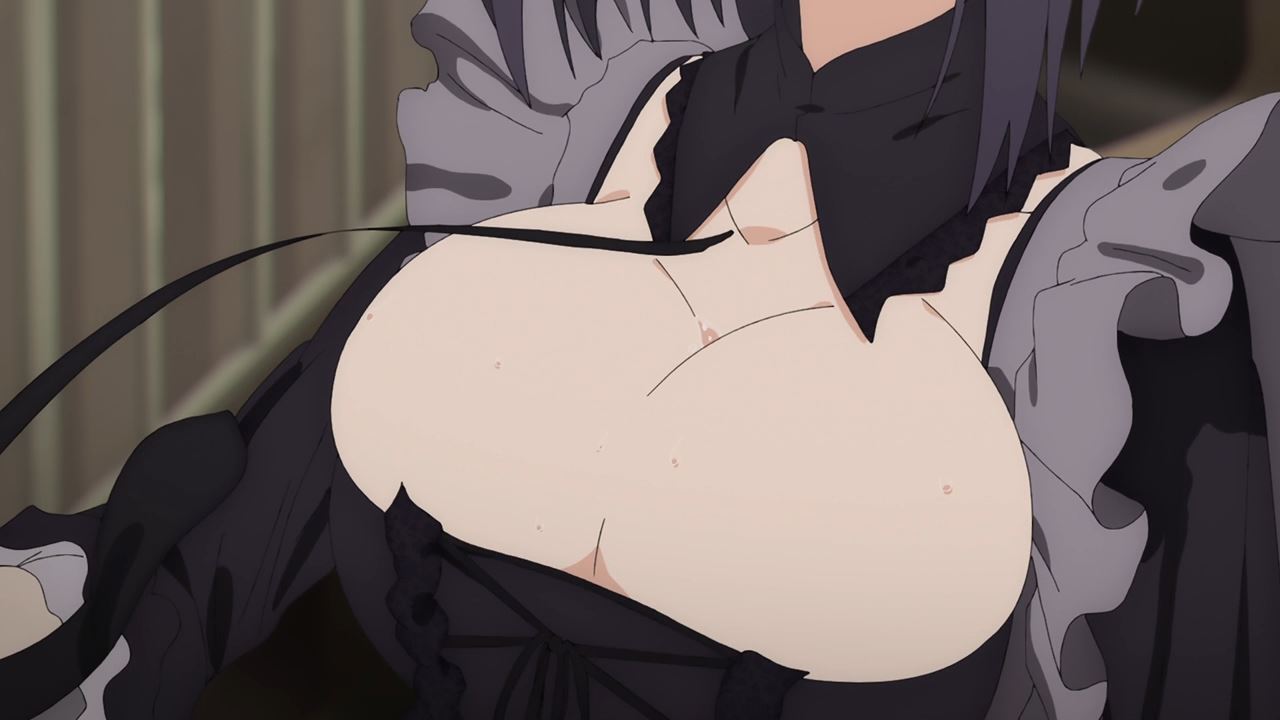 Well then, time for Kitagawa to dress down starting from the top where she removed the tie that holds her massive breasts. 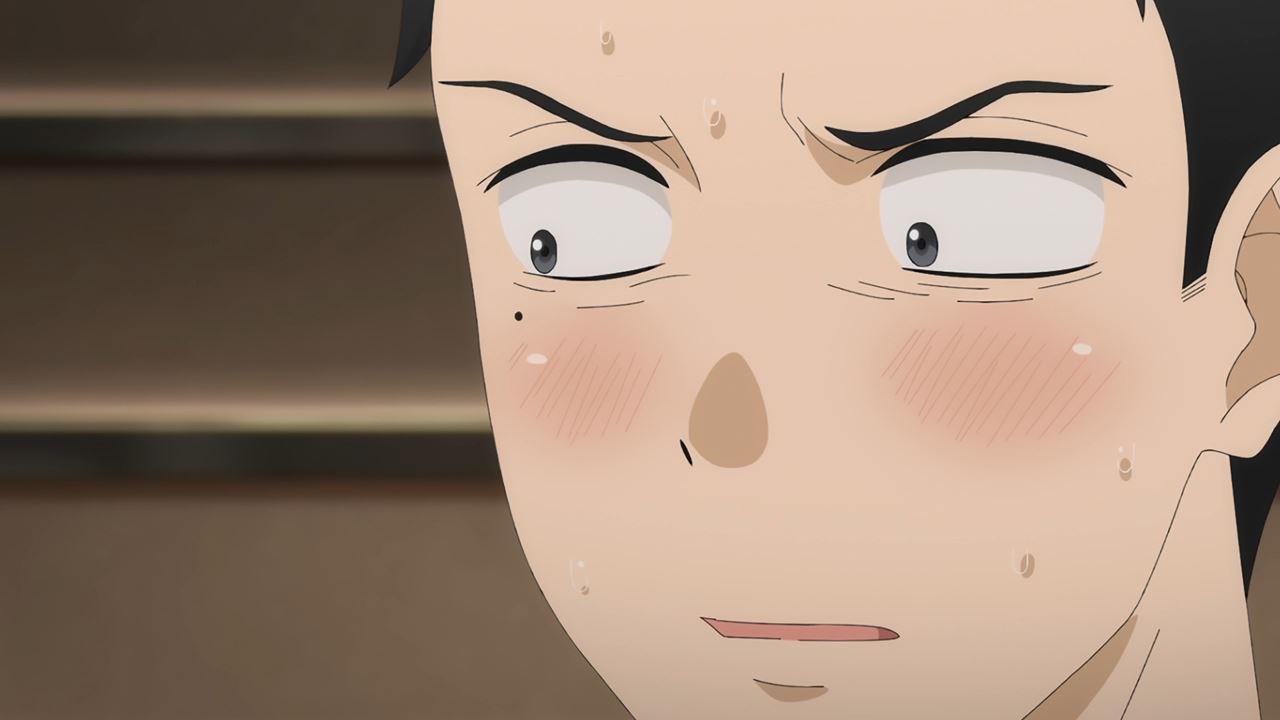 For Gojo-kun, he’s mesmerized towards Kitagawa’s tits but the thing is that he can’t wipe the sweat from her breasts. What if someone sees them?

Anyways, looks like Wakana will have to wipe Marin’s back then since she needs to cool herself down. 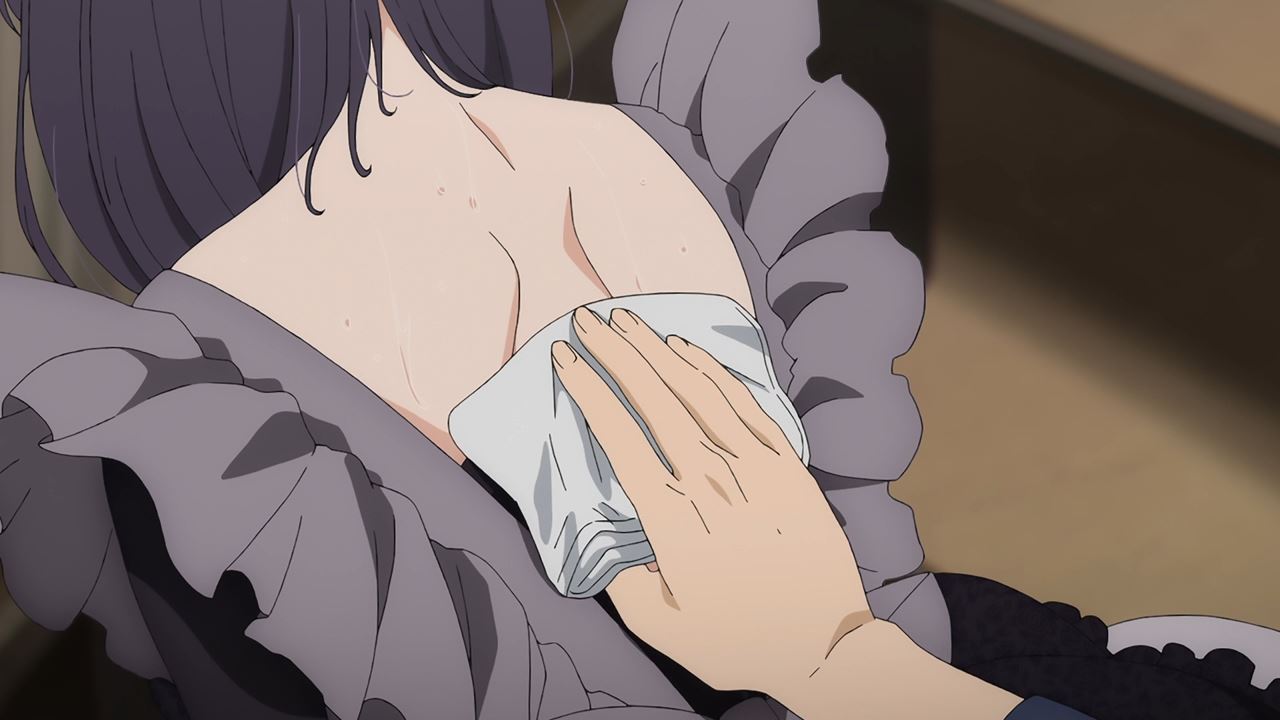 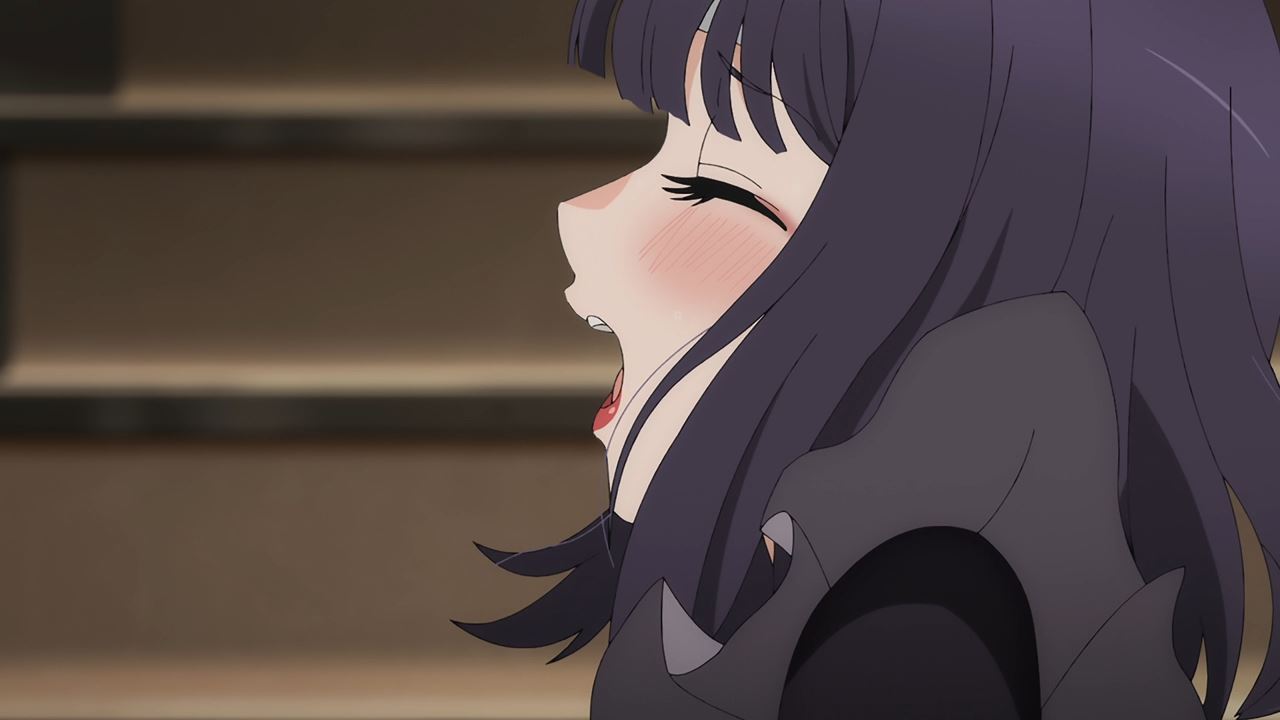 Oh wait, never mind as it’s not safe to wipe her back, especially when Kitagawa is making some loud noises. Of course, this is not the only risque scene on this episode… 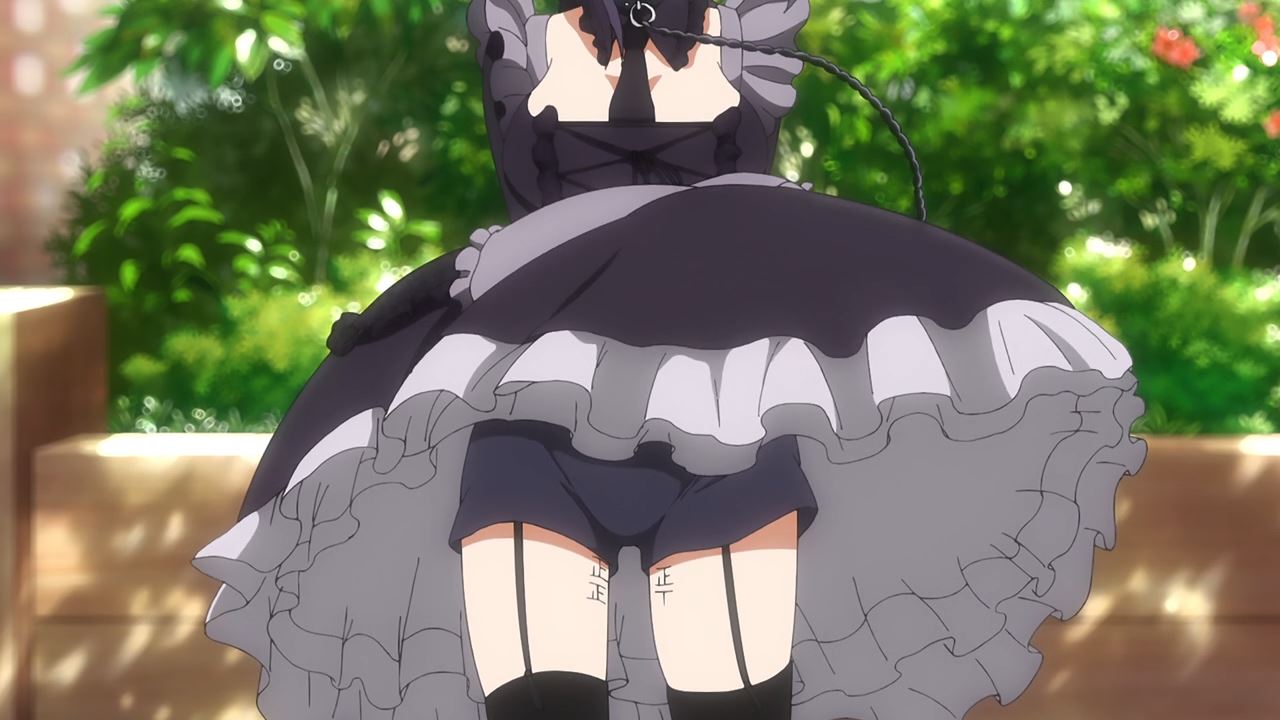 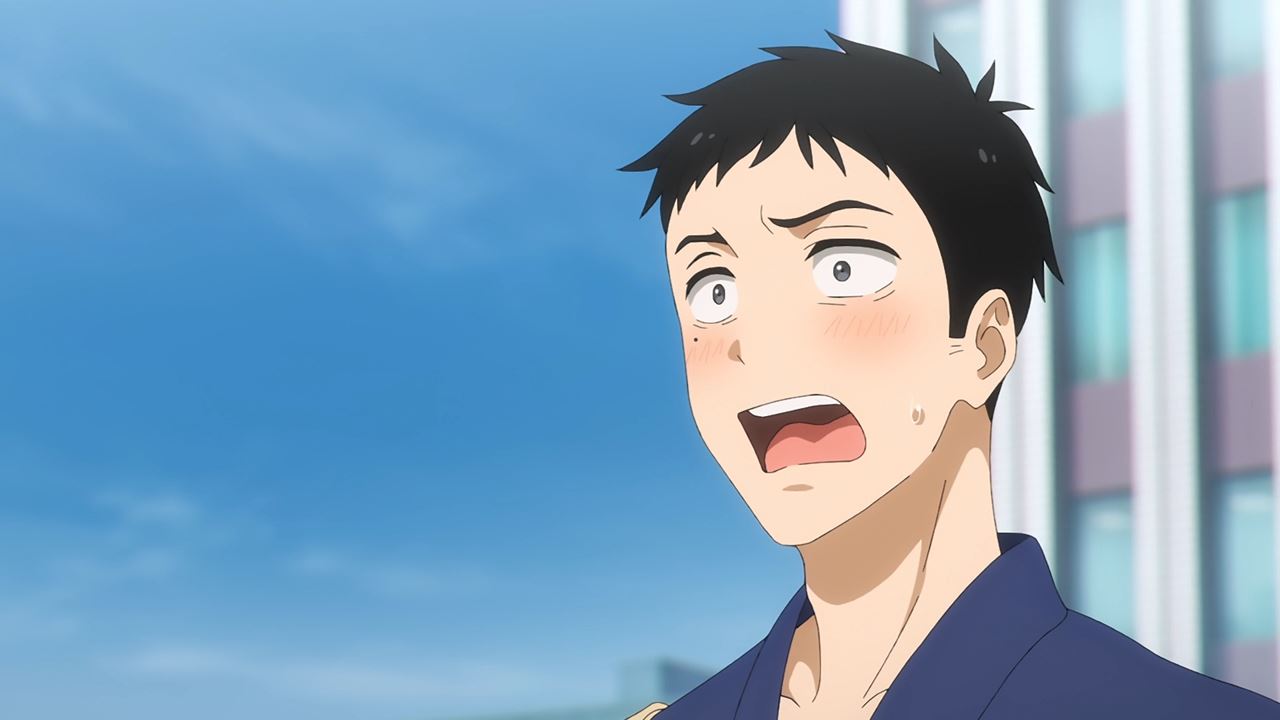 In fact, a gust of wind blew Marin’s long skirt which not only revealed her shorts, but some writing on her thighs. Looks like Gojo-kun has seen some lewd things today. 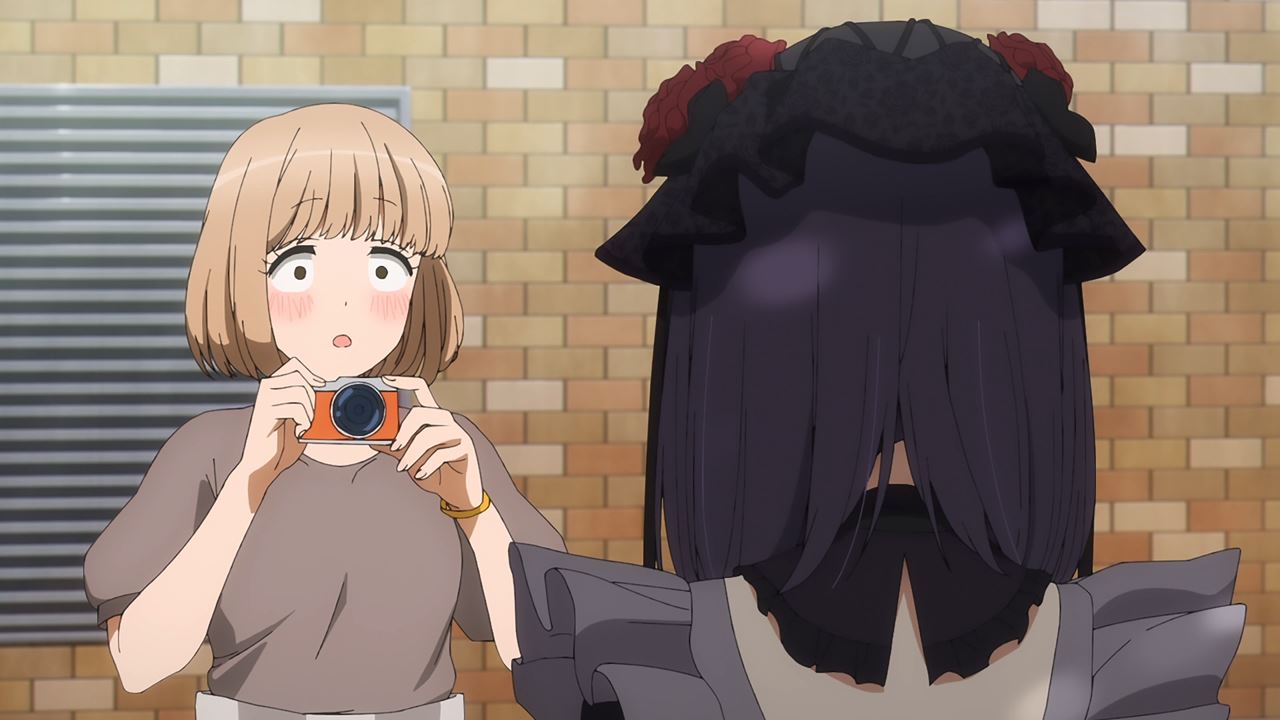 And by the way, this lady over there is stunned to see the writing underneath Kitagawa’s shorts. Of course, my question is will she delete the picture or secretly save it?

Anyways, looks like Marin Kitagawa had so much fun in her cosplay debut. Of course, there’s still more to come where Marin wants to cosplay various favorite characters, although I bet that it came from eroge. 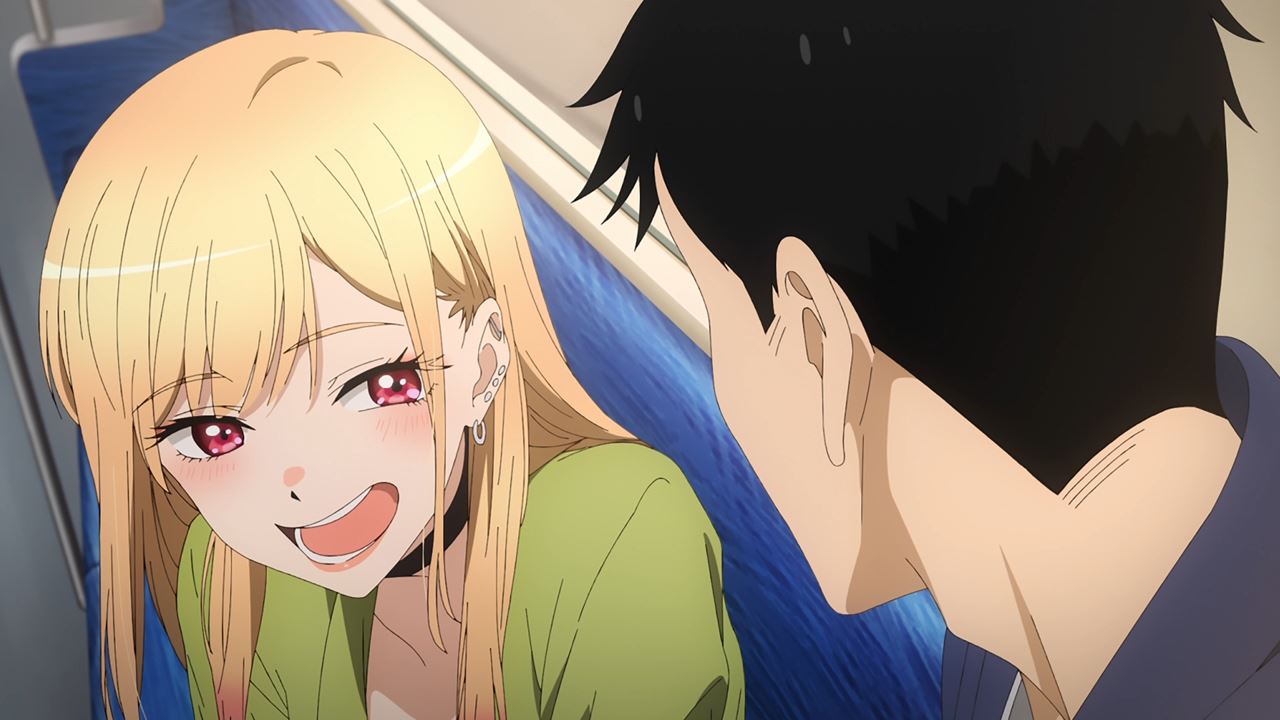 Speaking of Kitagawa, she noticed that Gojo-kun is really happy today. I wonder if he’s happy with his work, or he’s pretty excited on seeing Marin’s tits and thighs? 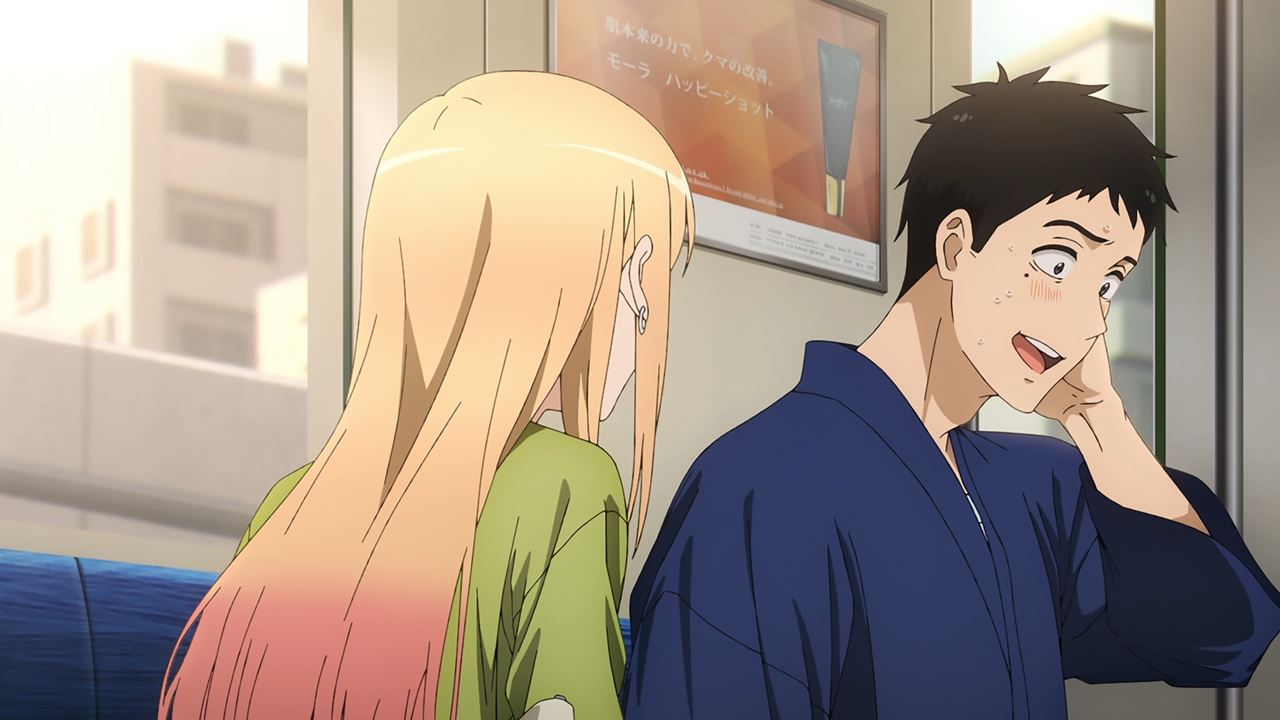 Anyways, that’s about it for this episode where I wish him good luck on making more costumes for Kitagawa.

Still, I’m hoping that Wakana Gojo won’t push himself to his limits as I’ll see you next time.