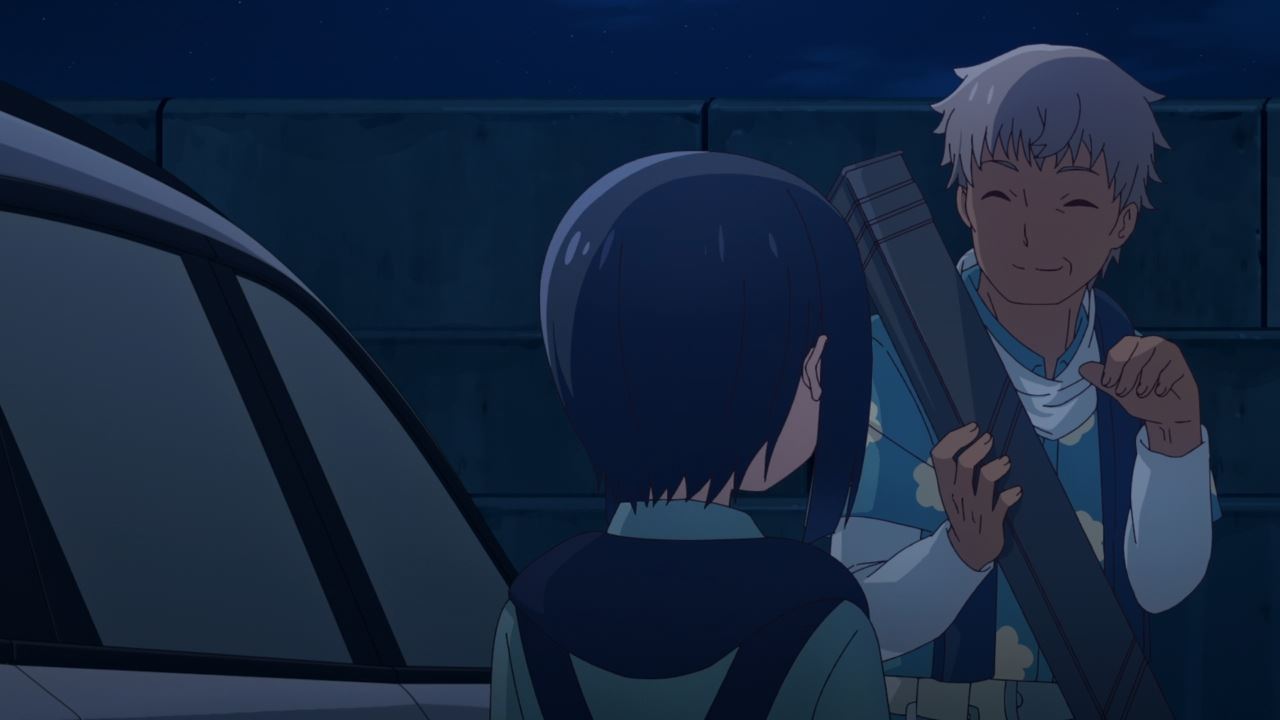 Well look what we have here, Ryouta Yoshinaga wants to give a special fishing rod to Hiyori Minagi, one belonging to Shinya Yamakawa.

Man, I thought Ryouta-san is giving a brand-new rod for free ’cause his daughter Koi might get mad at him. 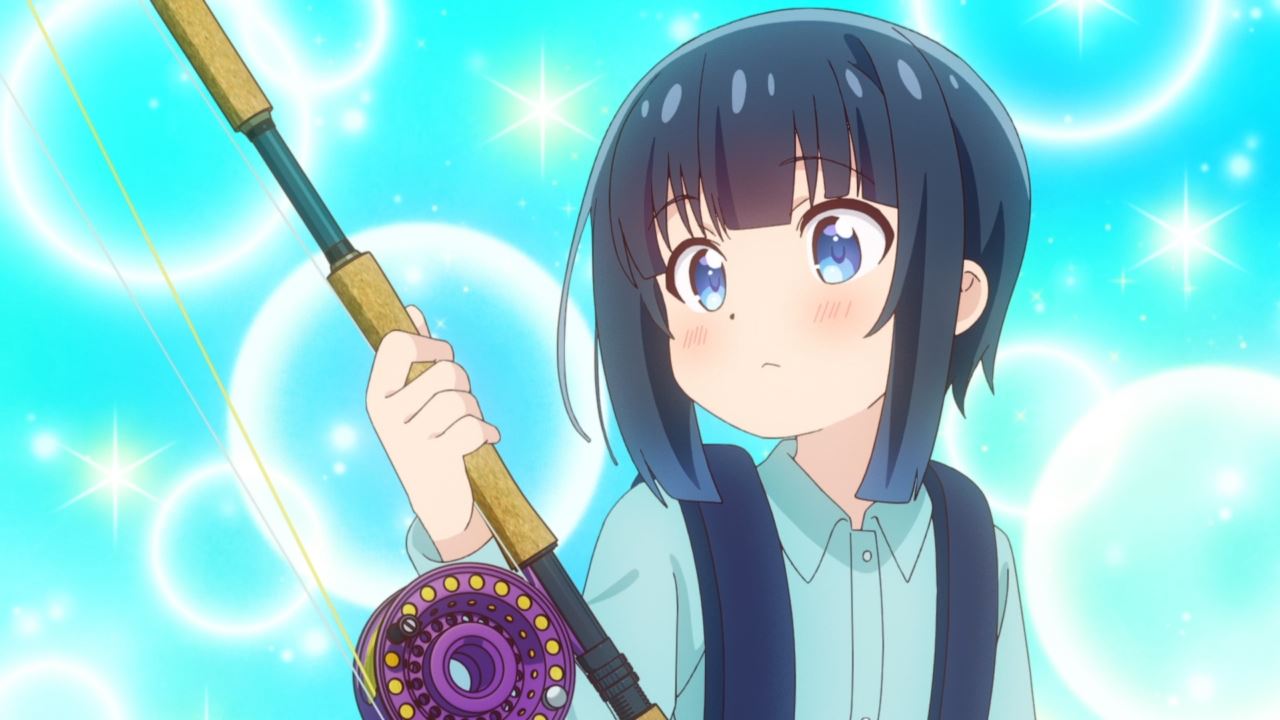 But anyways, here’s the fishing rod belonging to Hiyori’s late biological father where it looks so brand-new. 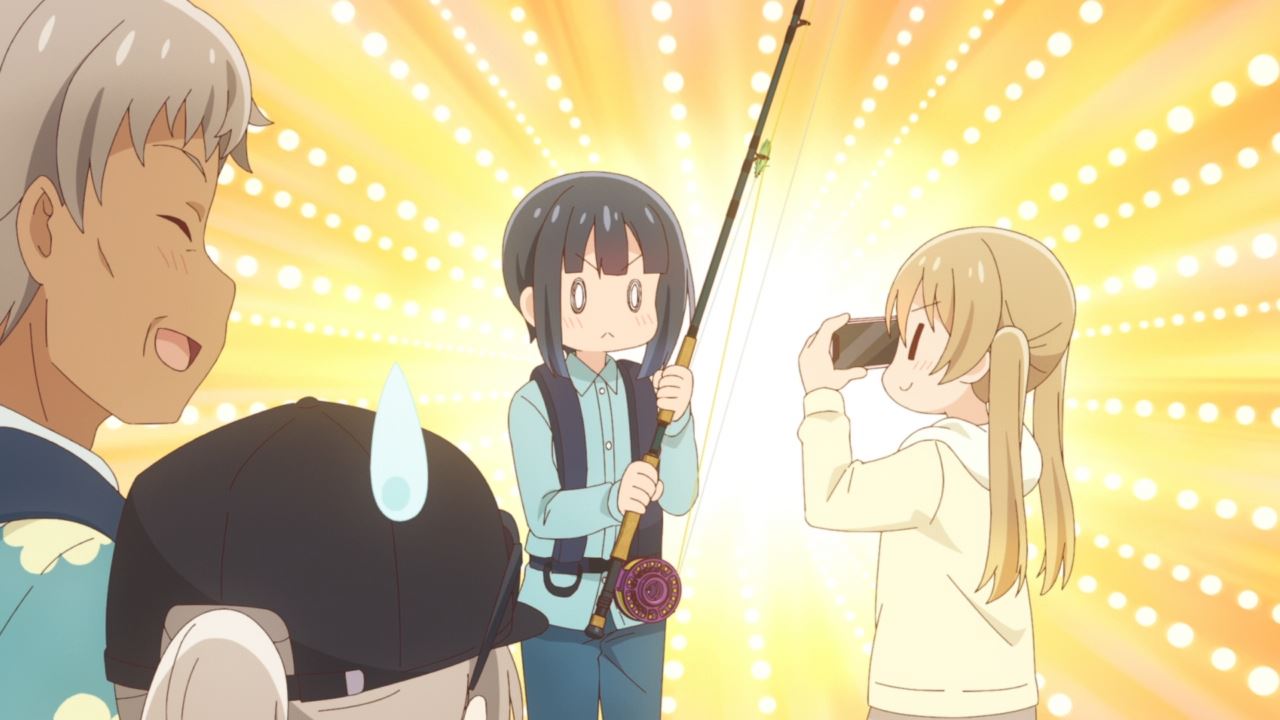 Of course, Koharu Minagi can’t miss this moment as she takes a lot of pictures of this moment. Now then, let’s go fishing! 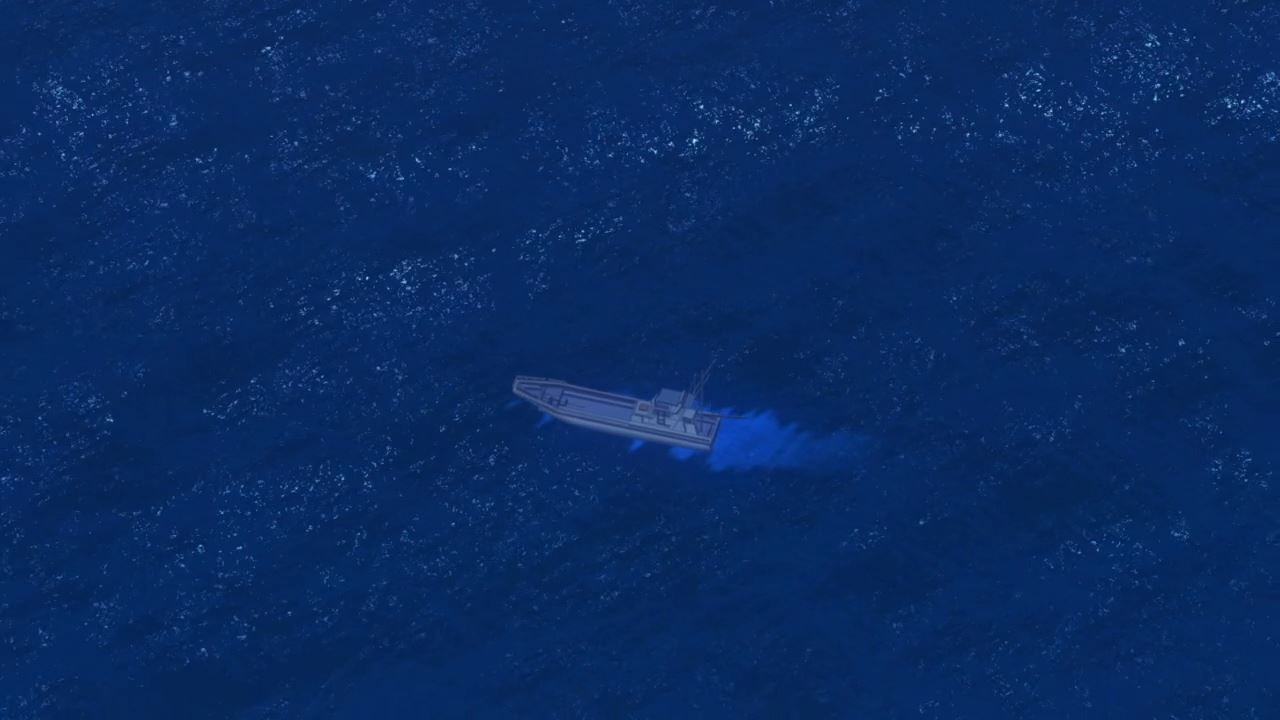 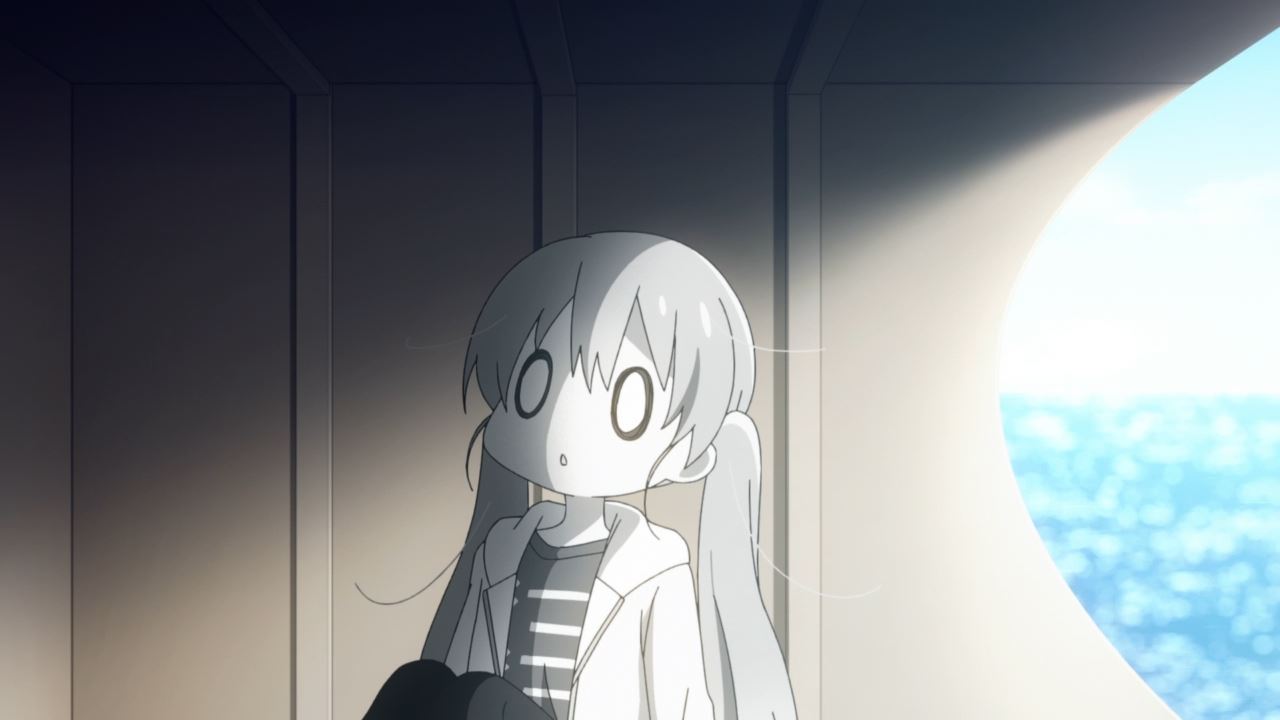 Unfortunately, there’s one person who’s having a bad case of seasickness, as Koharu’s body turned into white ash after being thrown by the strong tidal waves. 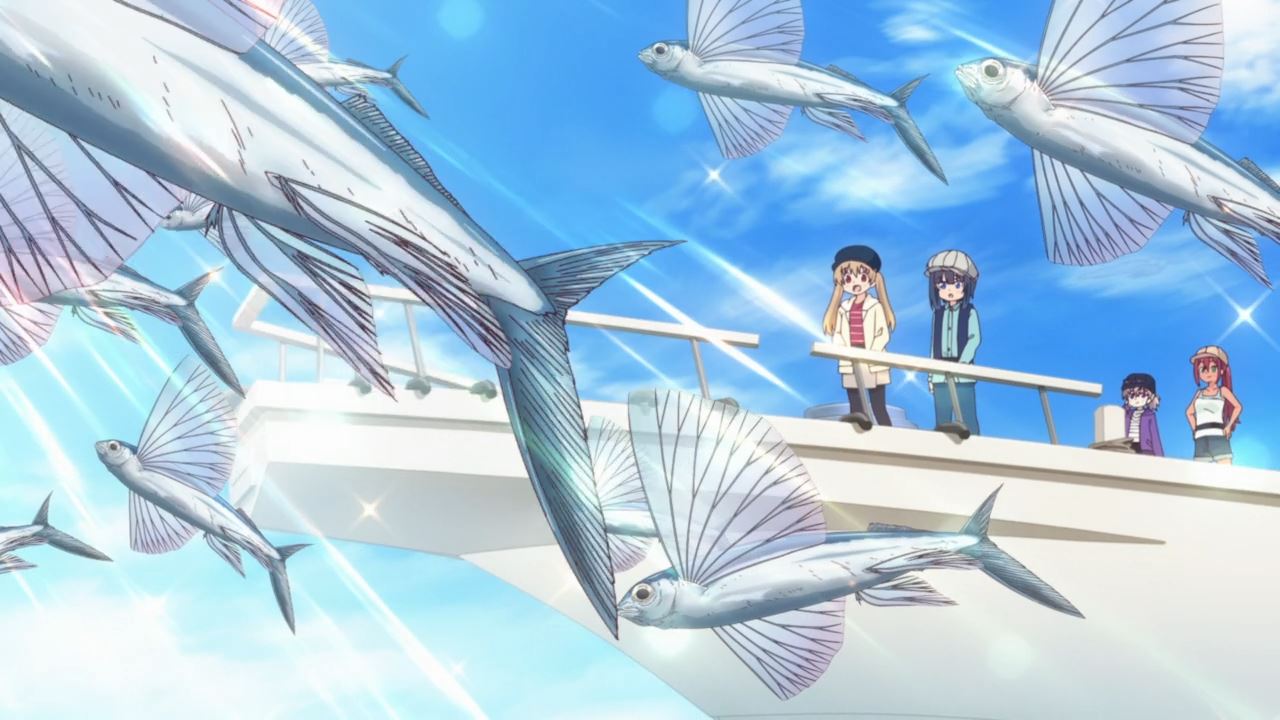 Luckily, she got better as Koharu saw a school of flying fish jumping across the sea. What a good way to start the fishing session! 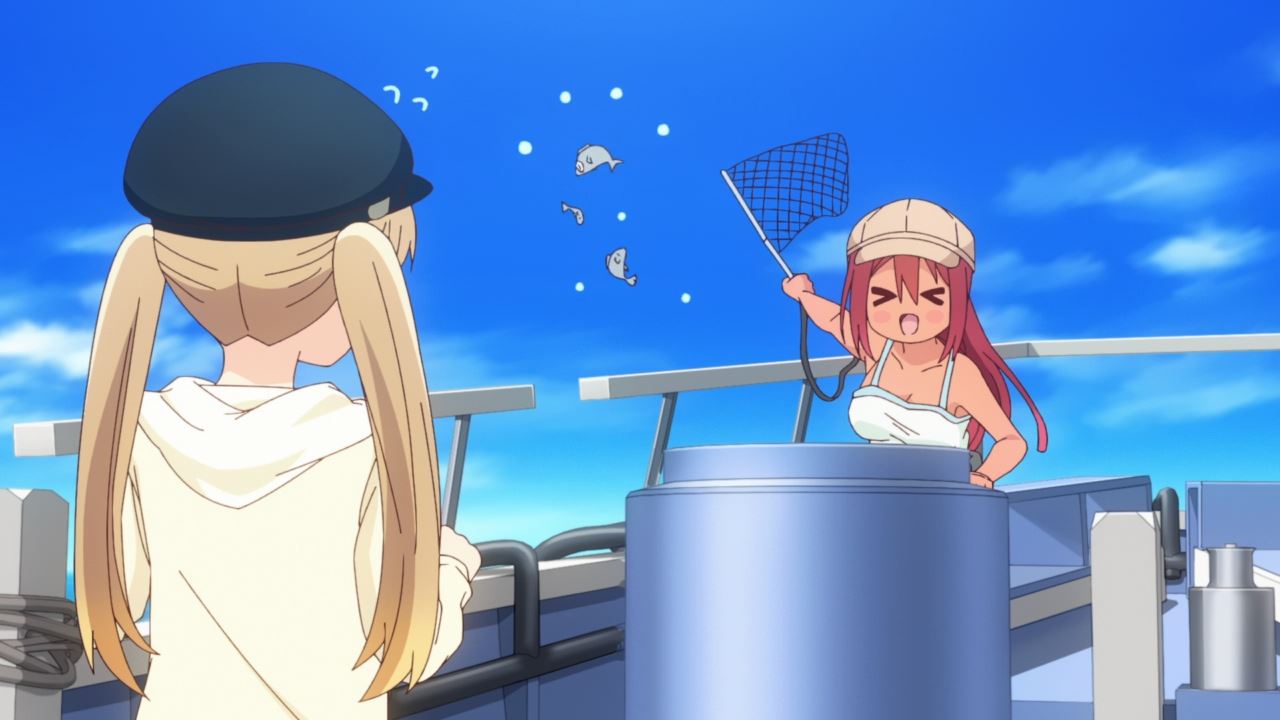 But first, Ichika Fukumoto will have to sprinkle some small fish towards the sea as bait. Anyways, let’s hope that they can catch a dorado or two. 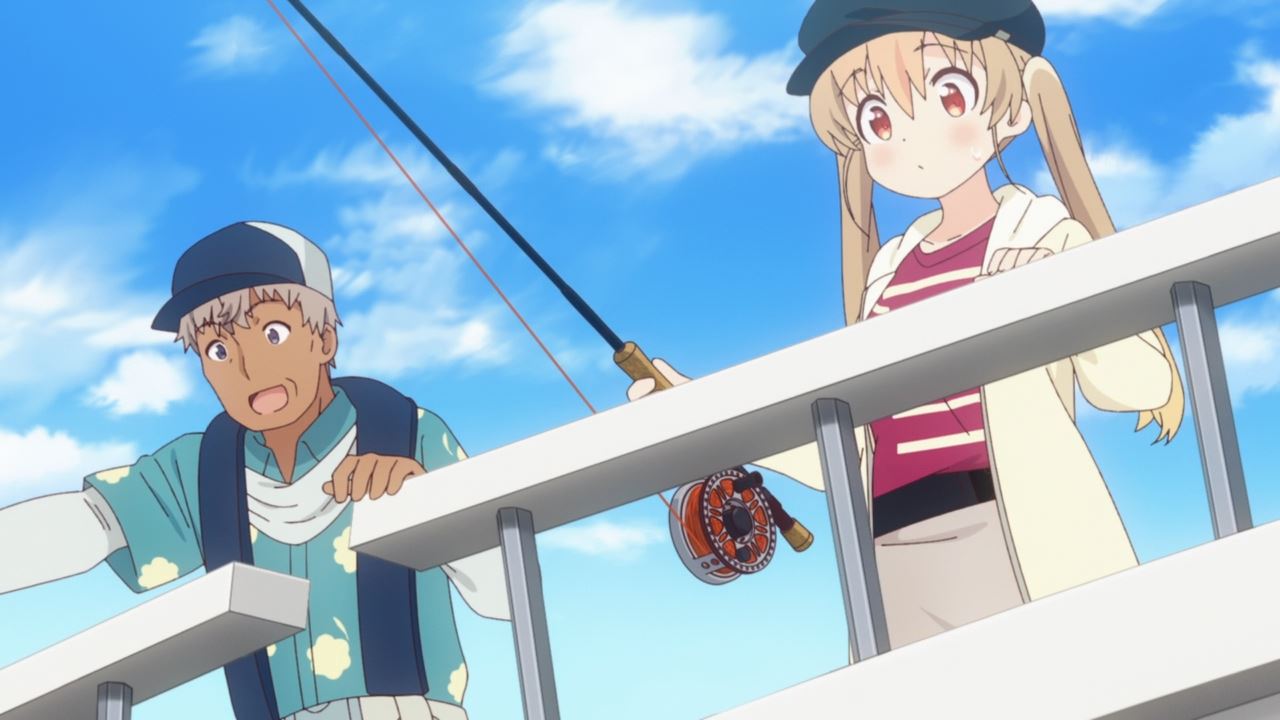 However, looks like Koharu is about to catch one right now as Ryouta-san is coaching her. Man, this is really a nervous moment for Koharu-chan. 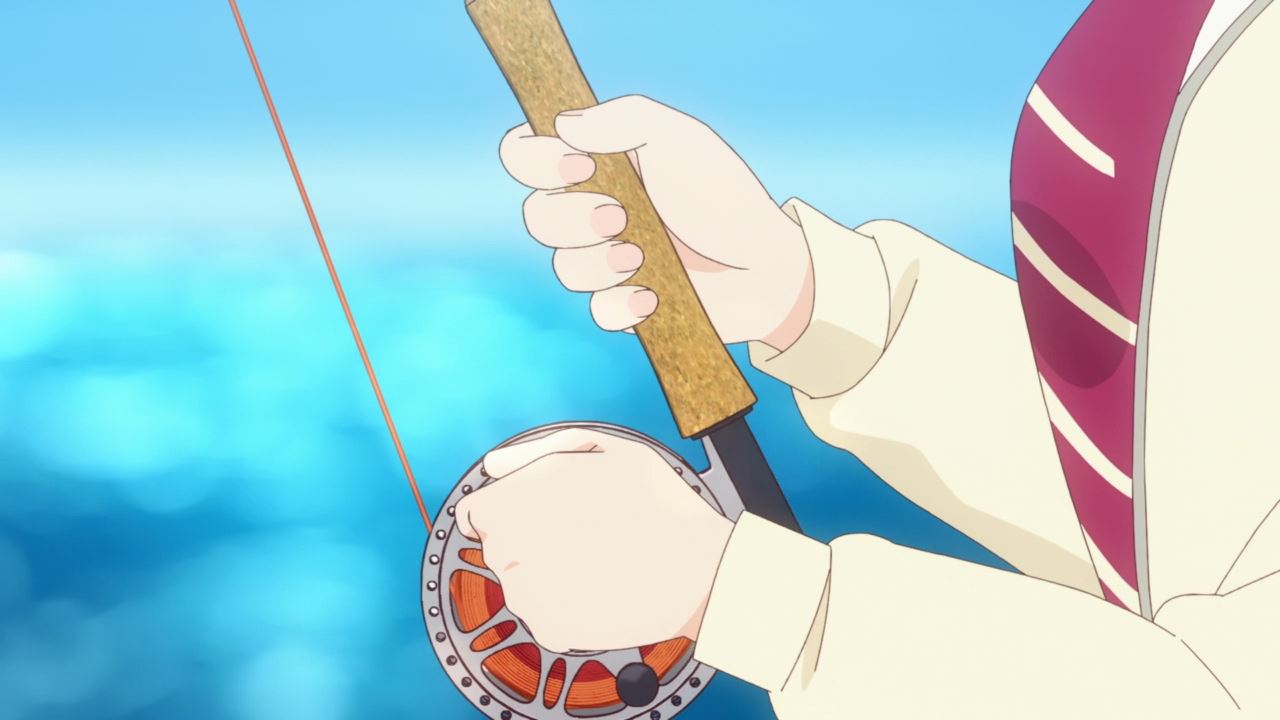 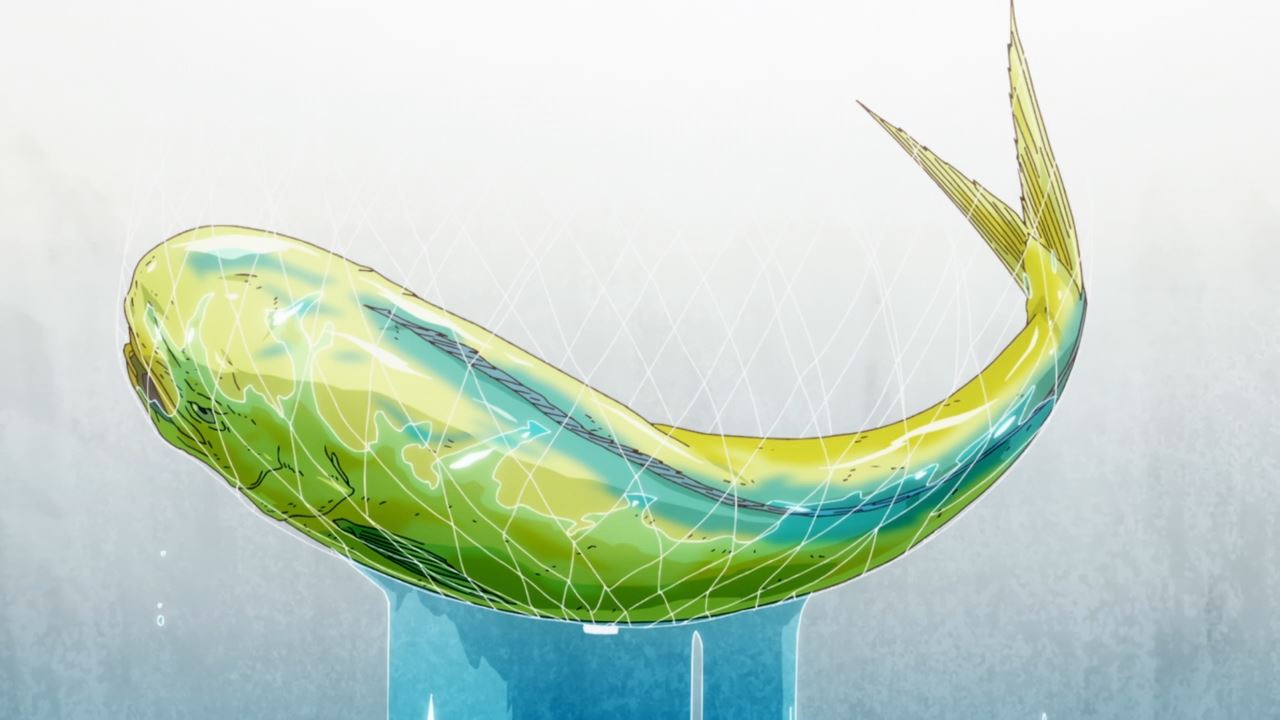 But thanks to Ryouta’s advice, Koharu managed to catch one dorado on her first try, although Koi’s dad used a fishing net to catch it as pulling the dorado out of the sea requires lots of strength. 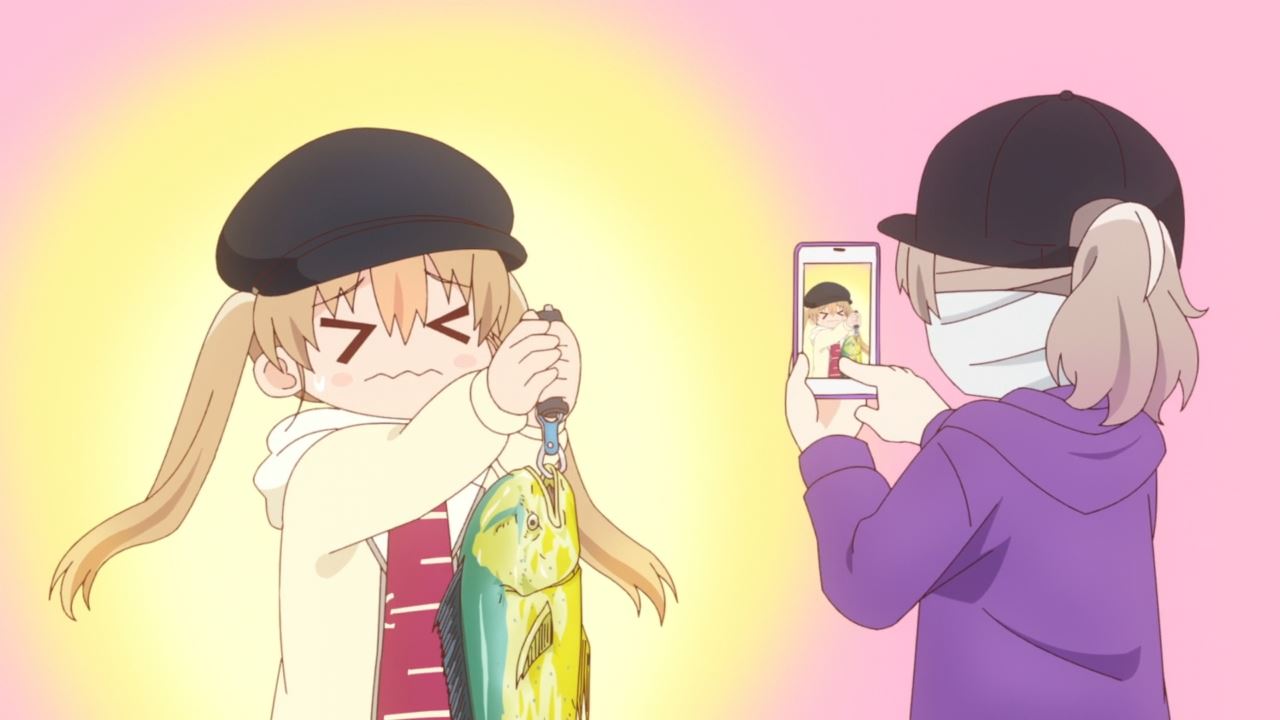 For Koharu Minagi however, she doesn’t have any muscles to hold it for more than 10 seconds. Still, I congratulate Koharu for catching a dorado. 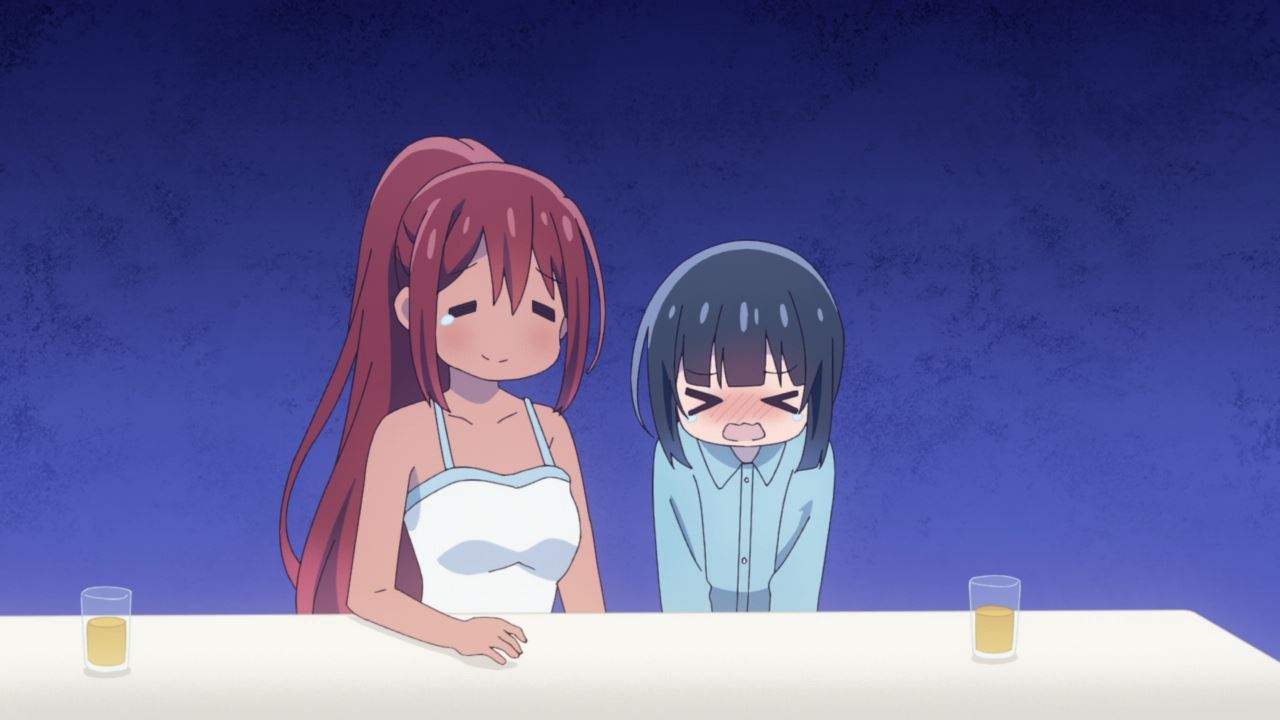 Sadly for Hiyori, she didn’t catch any dorado for today as Hiyori cry over it. Don’t worry Hiyori, there’s always next time as Ichika-san will help you catch a dorado someday! 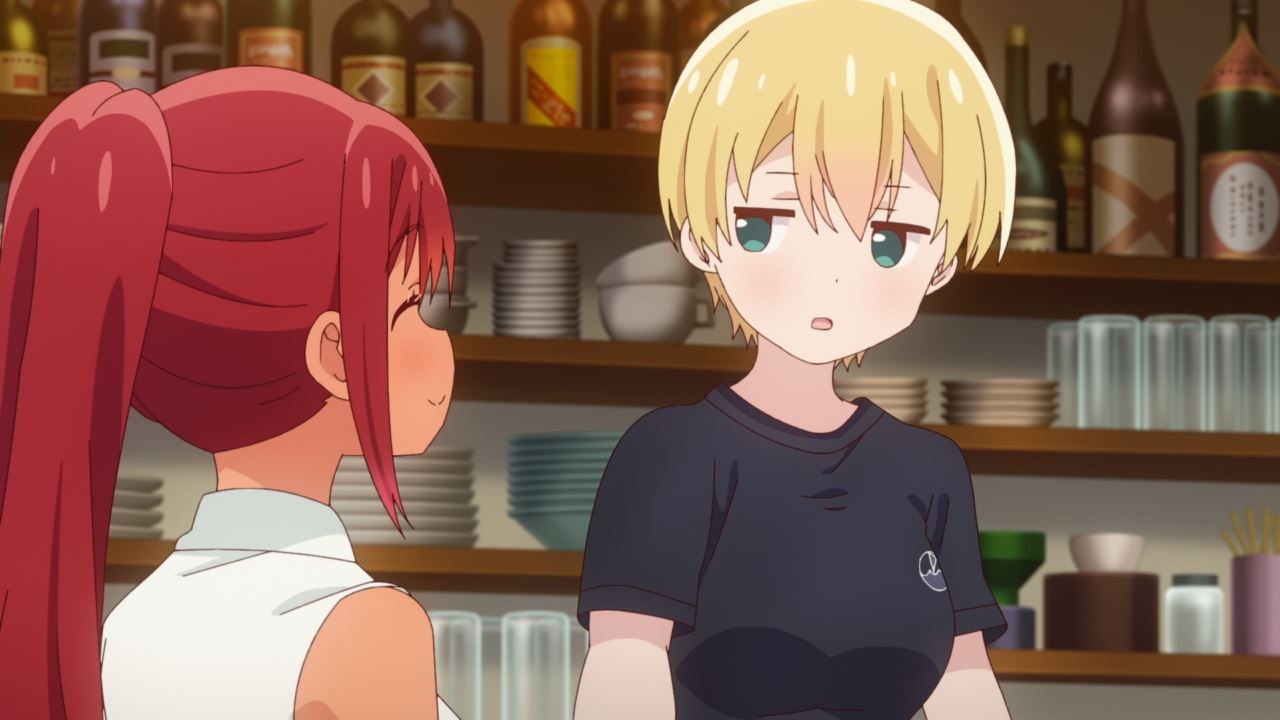 Now then, it’s time to bring the dorado to a chef as I introduce you to Ichika’s buddy Kaede Miyano, the owner of Café & Bar Base Camp.

Anyways, Ichika asked her buddy to make a meal out of the dorado that Koharu caught earlier. 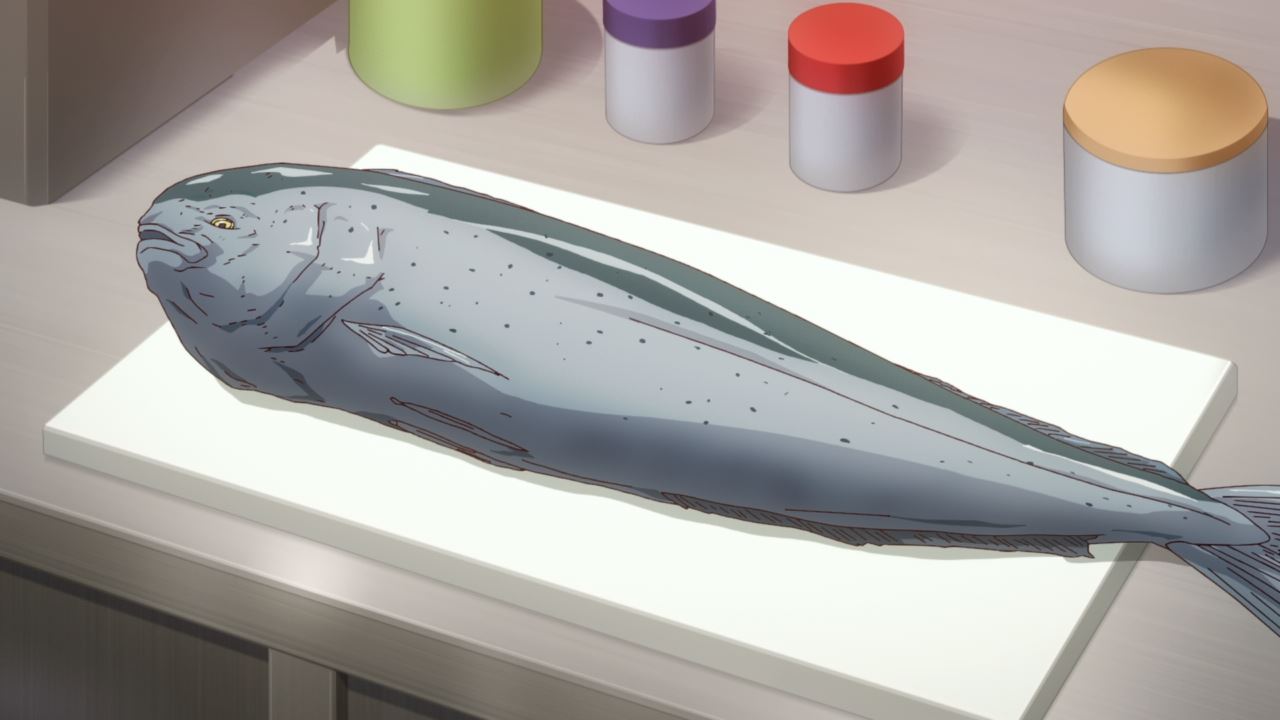 Oh yeah, here’s the dorado where its scales have changed from a bright and lively color, into something that’s drab.

Turns out that once a dorado dies, it changed color. Also, preparing a meal out of a dorado requires some delicacy or you might end up getting food poisoned. 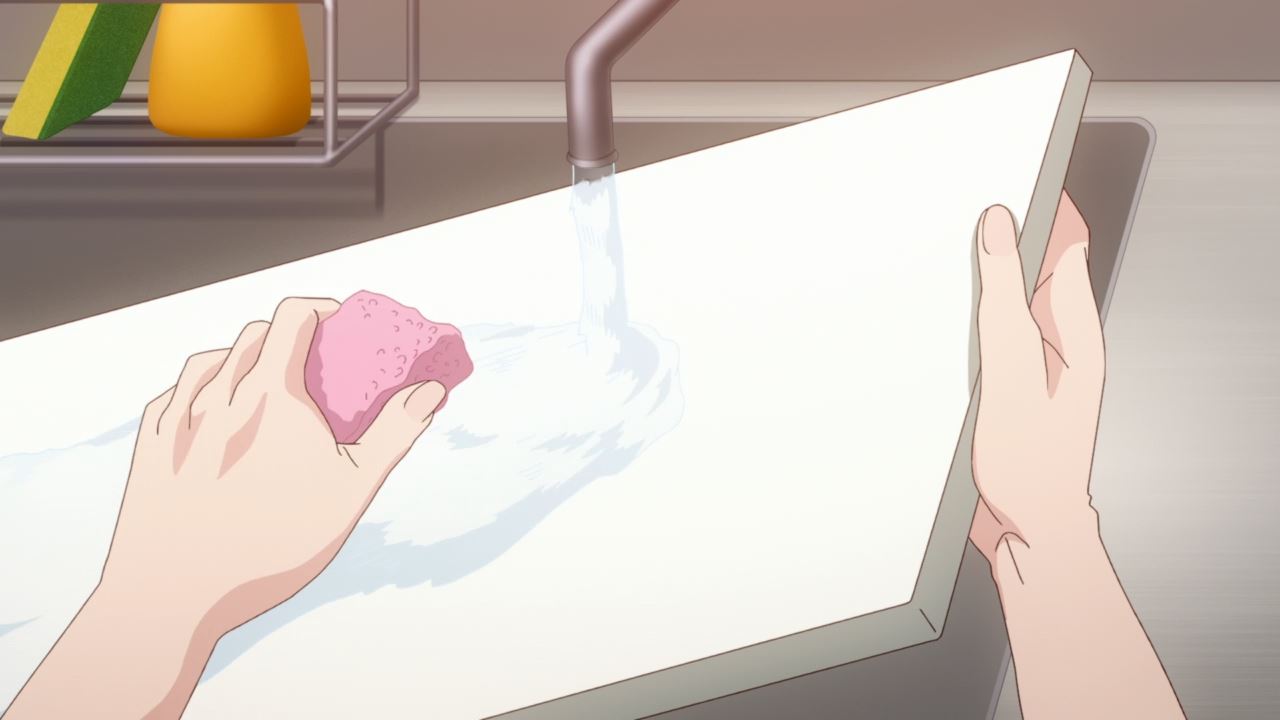 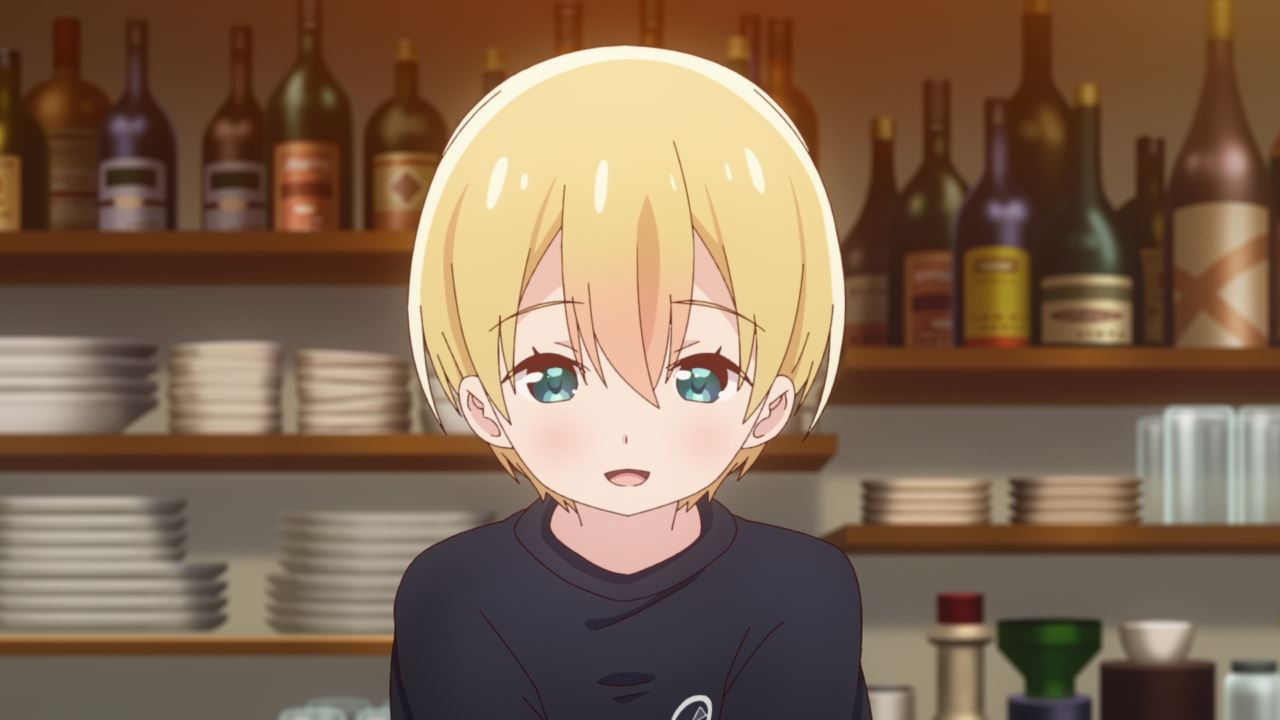 Now then, Kaede-san will have to clean the cutting board and knife thoroughly first before chopping the dorado into pieces.

And once she cut the dorado into fillets, Kaede-san will have to clean her kitchenware again or she’ll have to buy a new knife and cutting board. Yeah, it’s a delicate process after all. 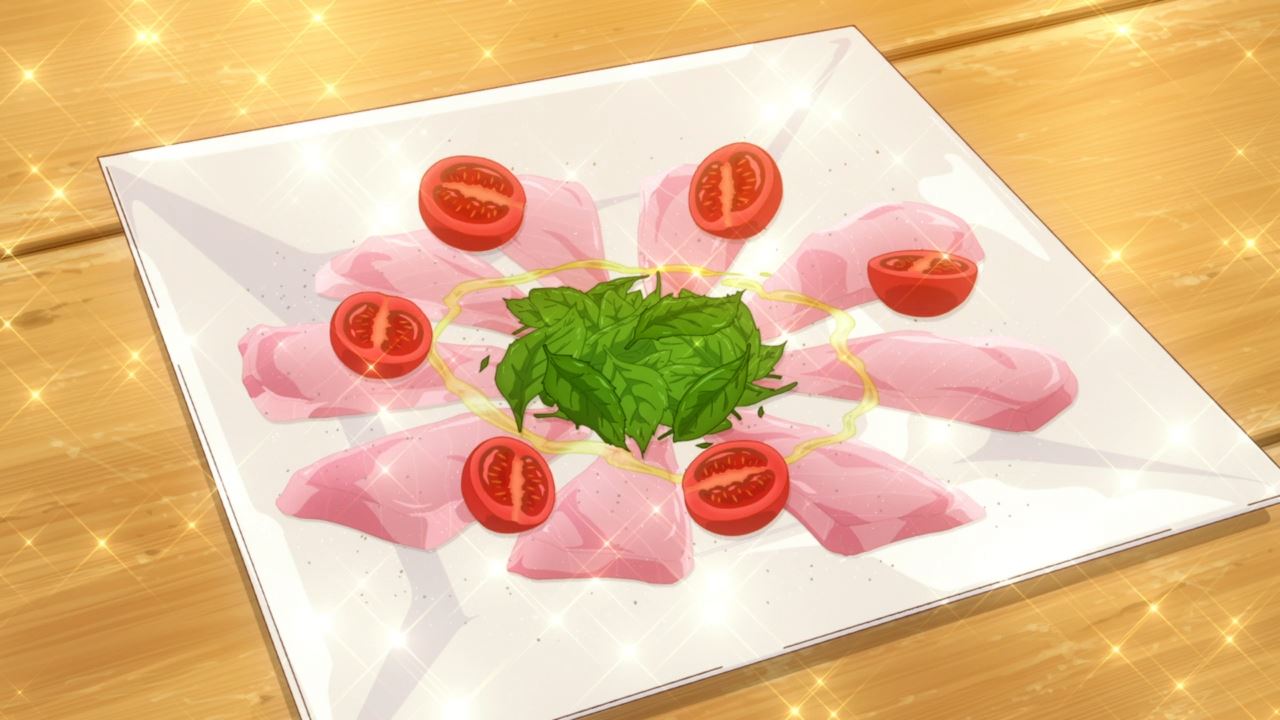 So after cutting the dorado into pieces, put them into a chiller for hours, and garnish the fillet with various ingredients like olive oil and sliced tomatoes, the dorado carpaccio is finally complete. 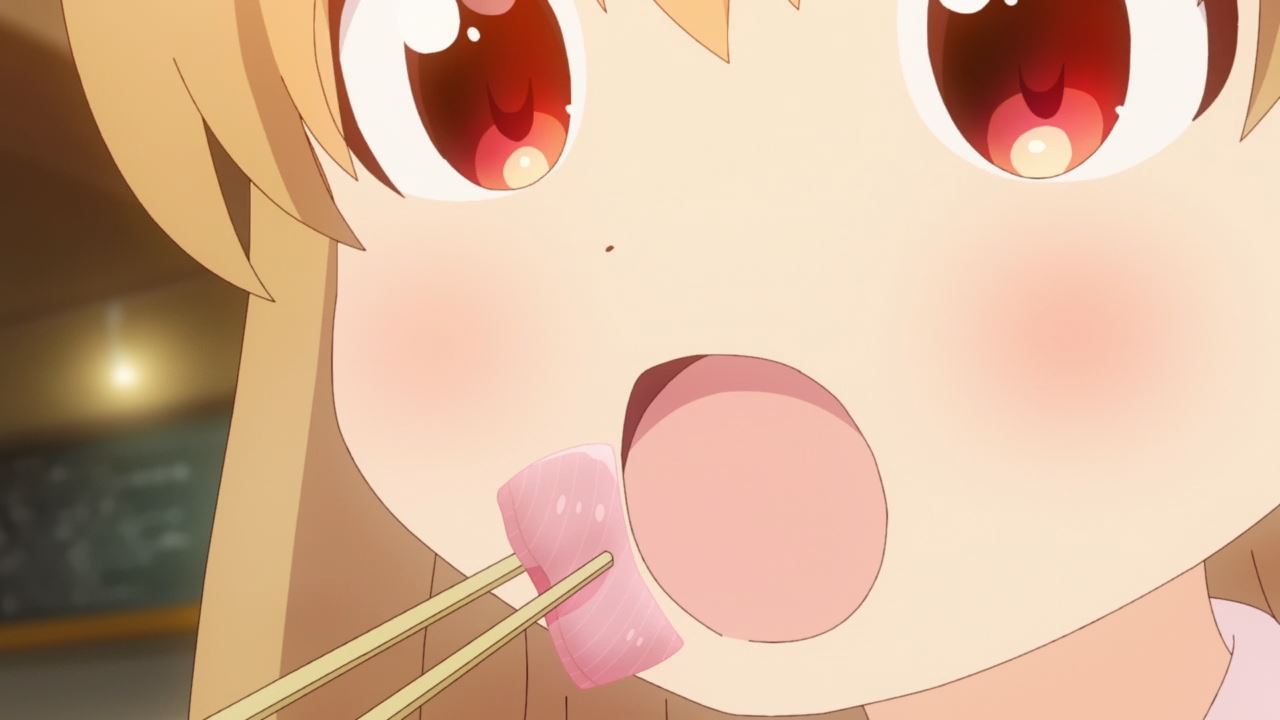 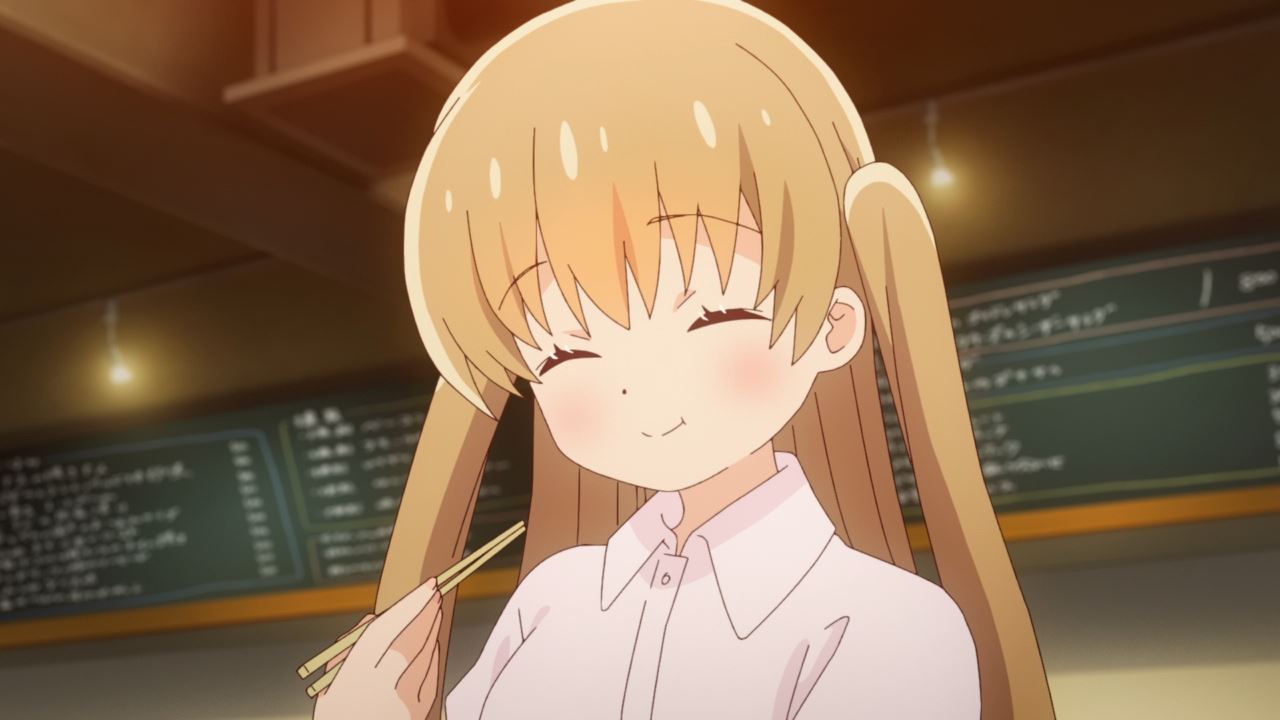 But as for the taste? Koharu found it to be chewy and delicious upon eating the dorado carpaccio for the first time. Sure that it’s difficult and tedious to prepare, but it’s all worth it! 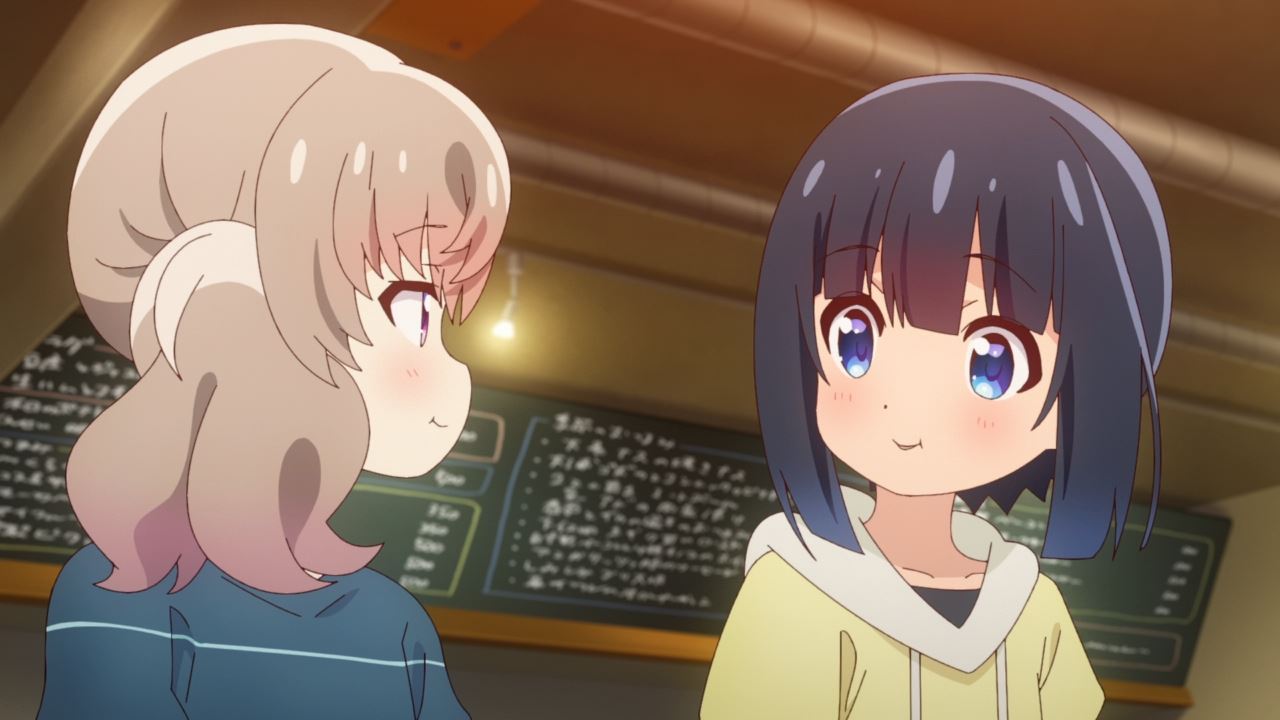 Heck, even Koi-chan and Hiyori loved eating it. But that’s the end of this episode where they had lots of fun catching fish on a boat, although I’m hoping that Koharu can get used to the rocking motion or she’s get seasick quickly.

Anyways, I’ll see you next time for another fishing session!