In the Land of Leadale Episode #07 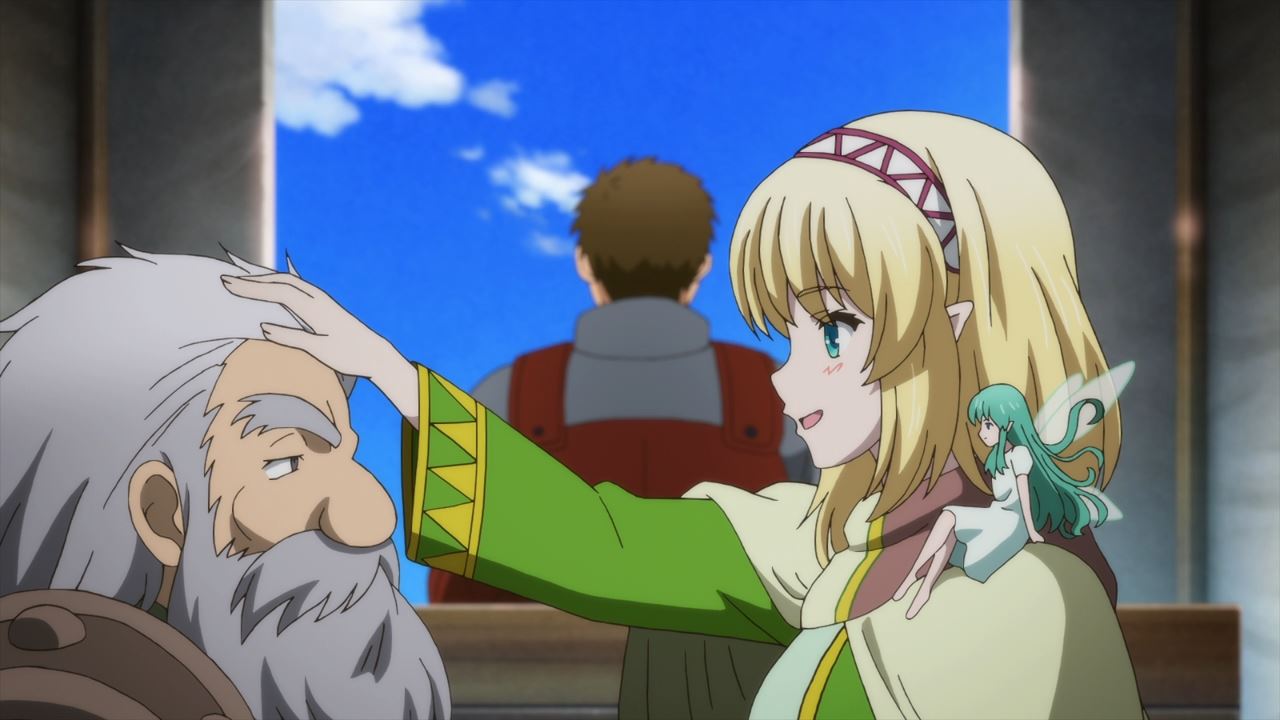 Let’s start this episode with the return of Kartatz where he receives a lovely pat from Cayna. Oh, and the reason why Kartatz is here near the Ejidd River? 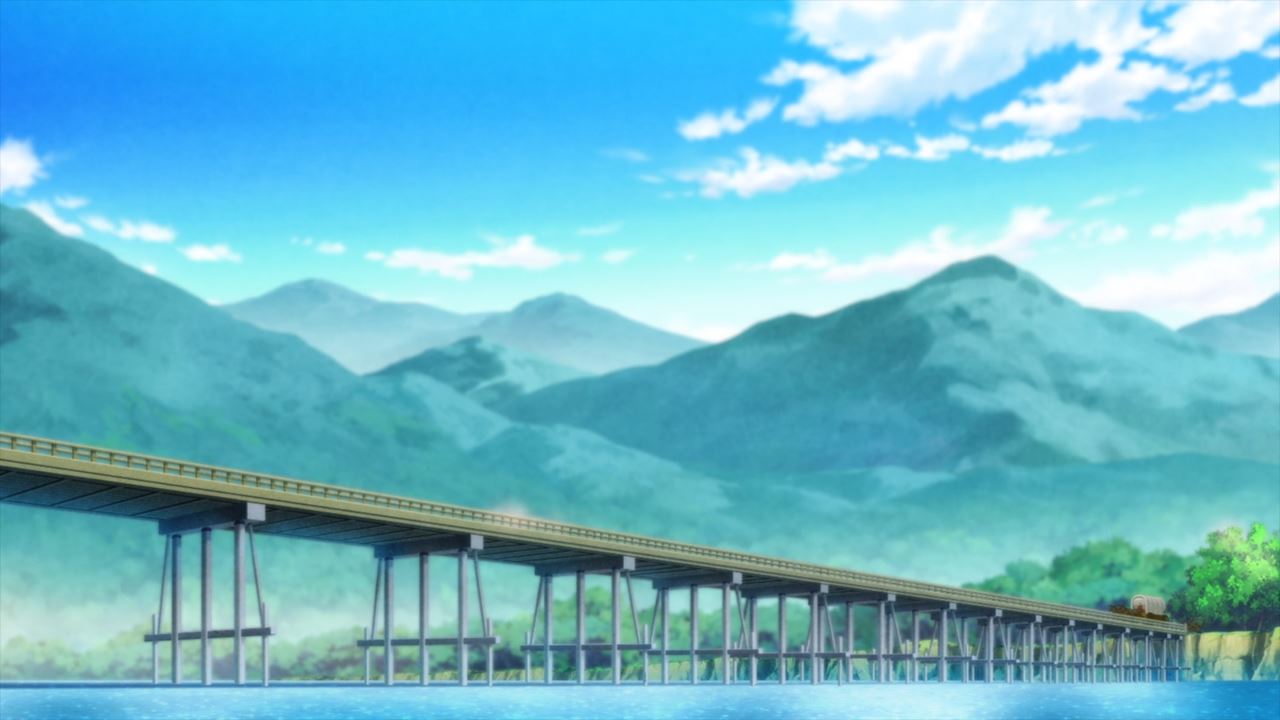 Well, he and his crew fixed the bridge in a few days. With that said, the bandits are no longer a threat as merchants can safely cross between Felskeilo and Helshper.

Of course, Cayna won’t forgive Mai-Mai for hiding the fact that she have twins working at Helshper. 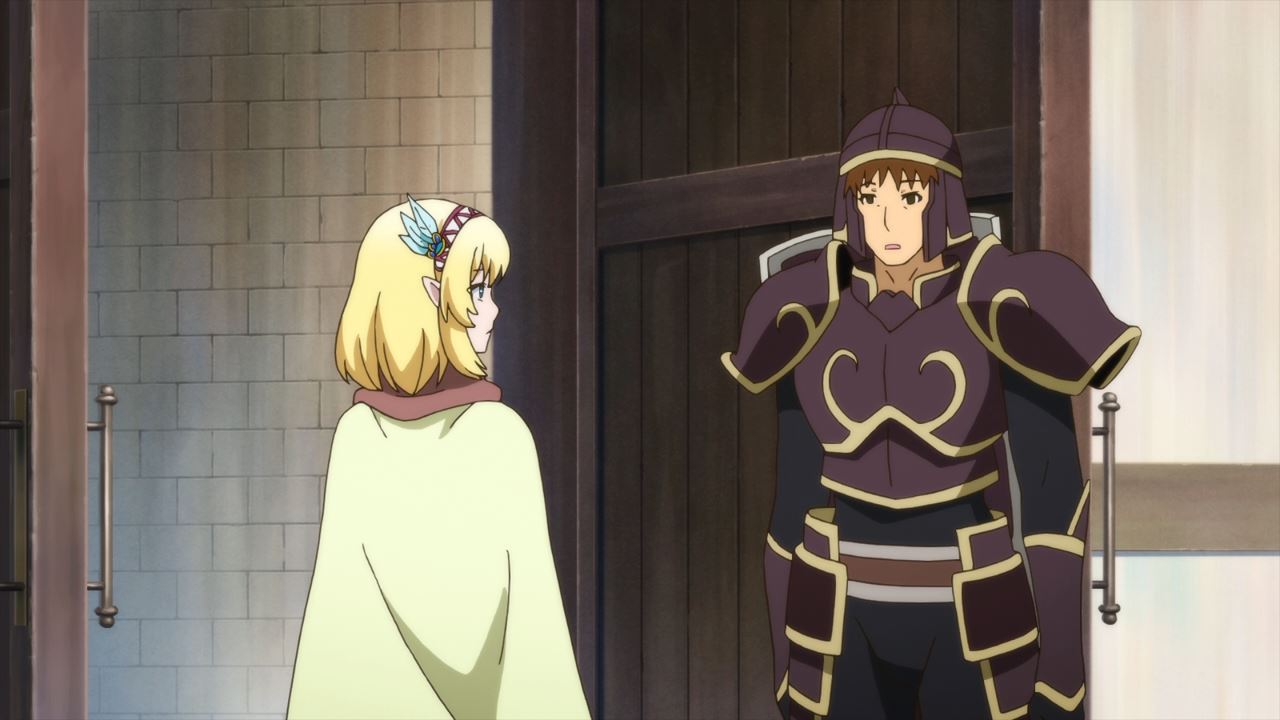 Now let’s return to Felskeilo where she’s still looking for requests at the adventurers’ guild.

By the way, there’s an adventurer named Cohral who bumped into Cayna, but decided to move along as the Silver Ring Witch might get angry at him. 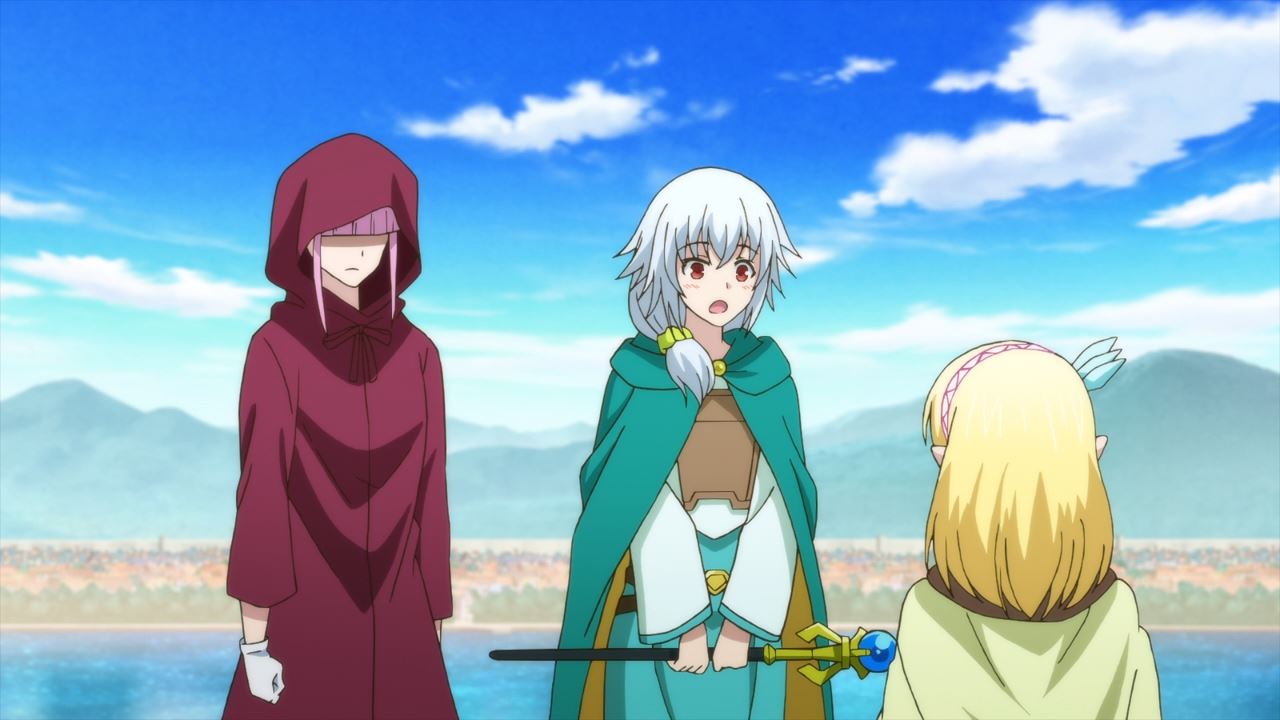 Meanwhile, here’s Lonti Arbalest where she brought a friend that needs to be taken care of. By the way, I wonder what happened to Primo after Cayna brought that prince back to his guardians? 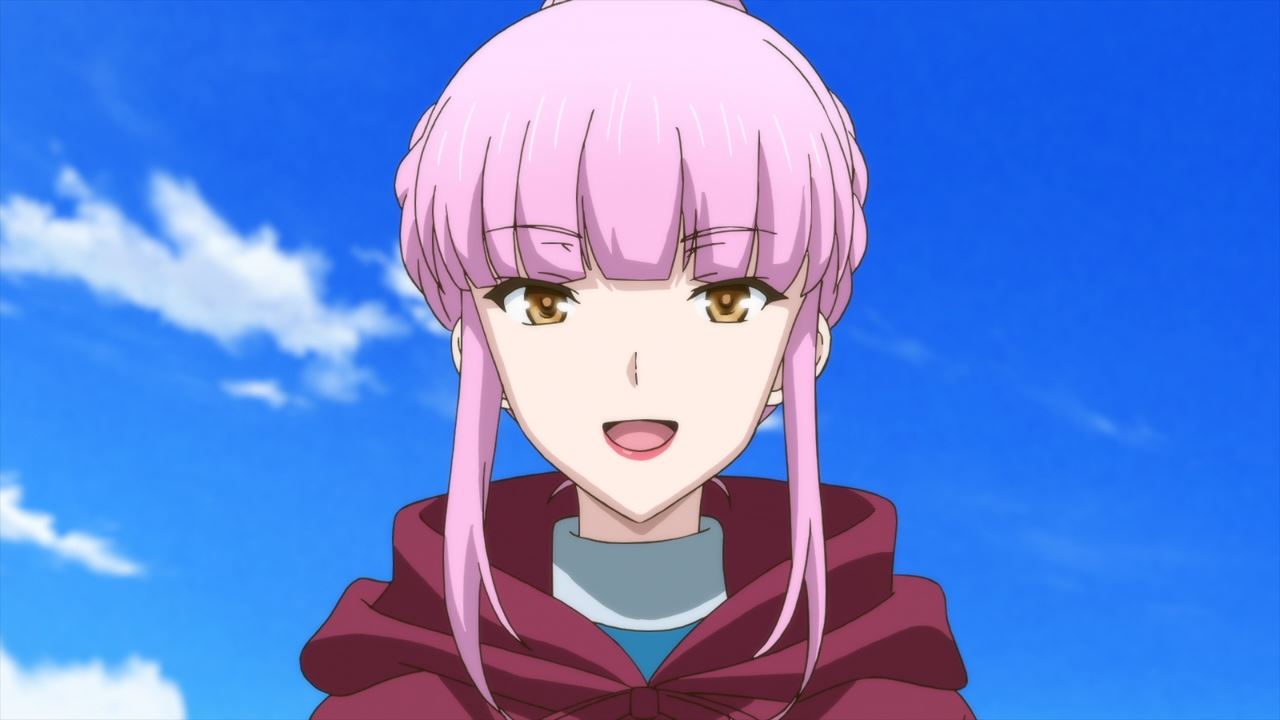 Anyways, this is Mye where she asked Cayna to act as her bodyguard. Come to think of it, Mye is somewhat has a striking resemblance to Mai-Mai. Nah, both Mye and Mai-Mai are two different people!

With that said, the reason why Mye wants a bodyguard is because she wants to run away from someone who wants to marry her. Some say that Mye’s groom happened to be a dragoid knight, but don’t count me on that.

For now, it’s time for Cayna and her companions to relax as she created a hot springs from scratch. Oh yeah, and Cayna brought her trusty cerberus too where she call it as Cerberwoof.

Still, they had a great time where Cayna, Mye, and Lonti talked about various things like romantic relationships. By the way, if Mye is running away from her betrothed, I’m sure that she has someone dear to her. 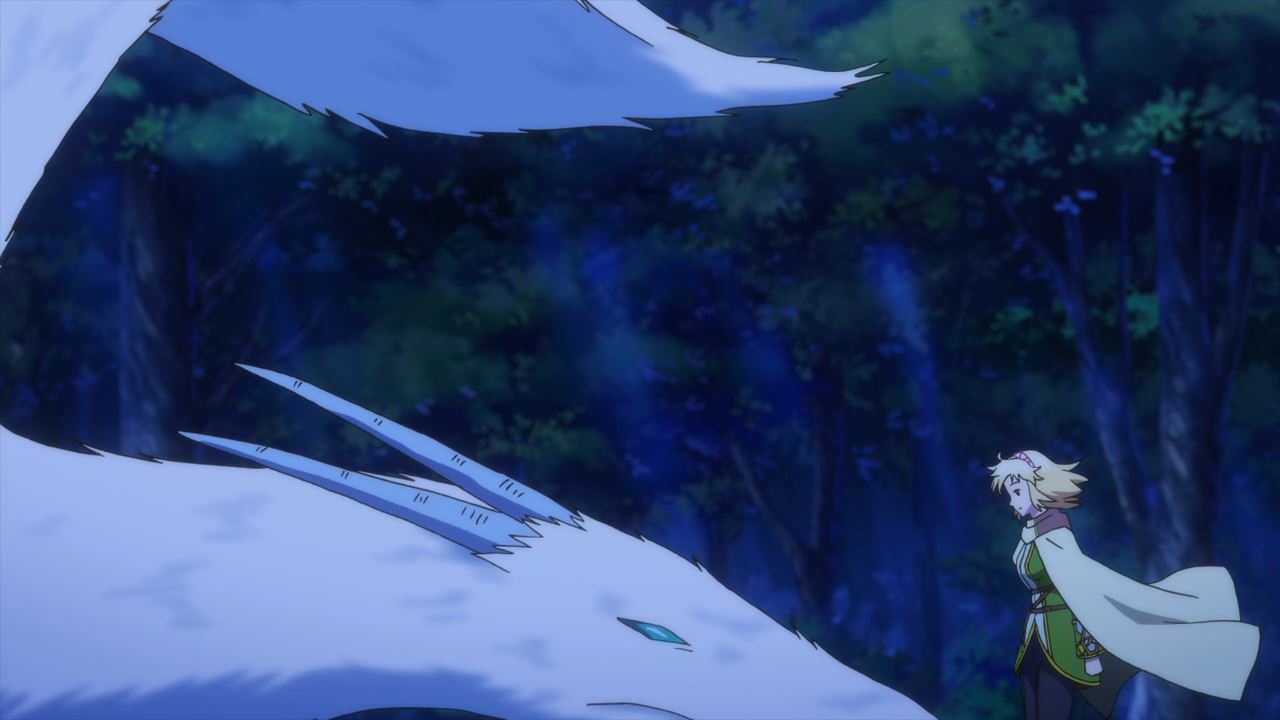 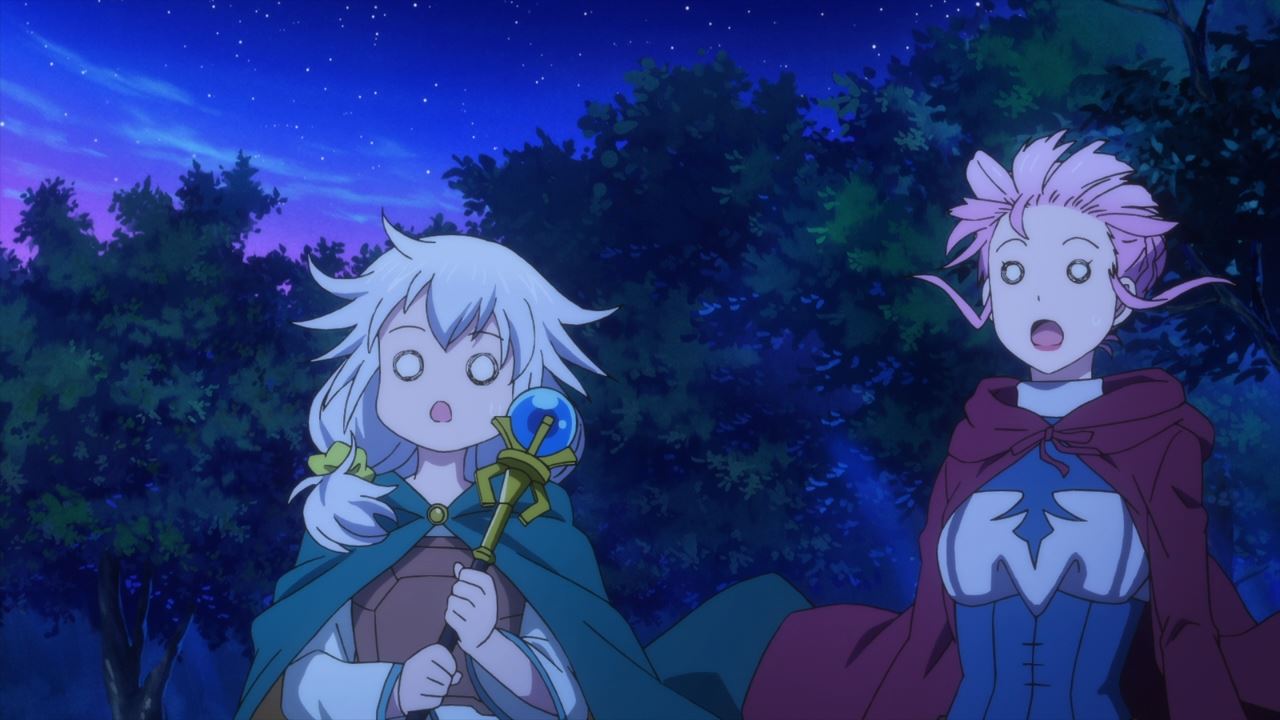 One more thing, looks like Cayna summoned a white dragon where both Mye and Lonti Arbalest are astonished by its size and soft fur.

Speaking of sizes, Cayna’s white dragon has a big pee-pee where both girls are really amused by its girth! 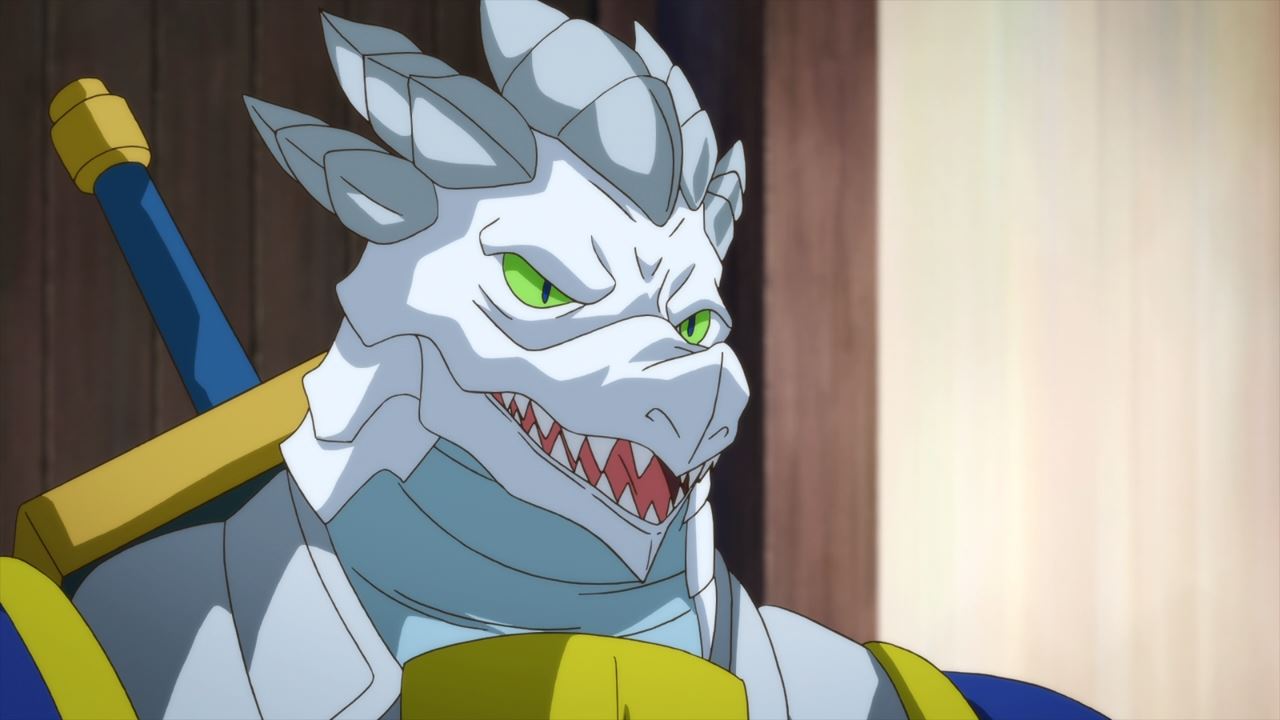 Now let’s return to Felskeilo where I introduce you to Shining Saber, a dragoid knight where he’s searching for someone. Don’t tell me that he’s coming for Mye? 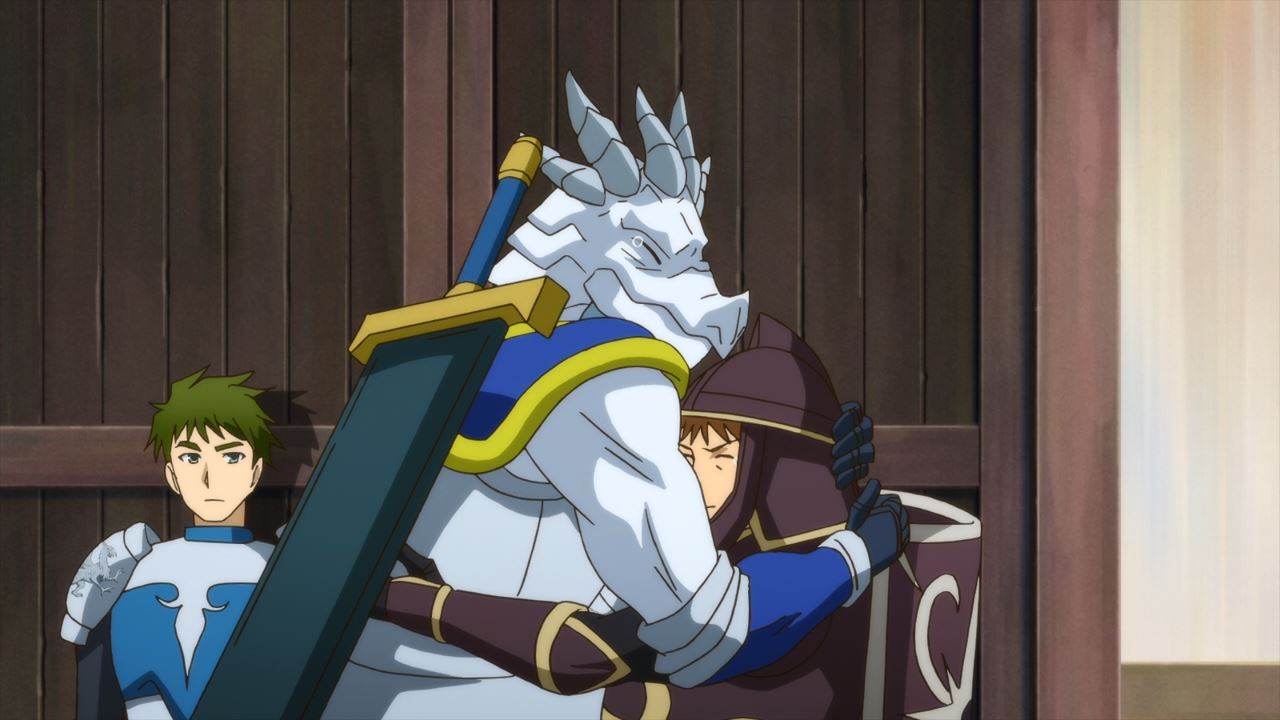 Well, turns out that Shining Saber is looking for Cohral where it’s revealed that they’re actually players of Leadale. Really surprised that Cayna and Luvrouge are not the only ones who got transported to the defunct VRMMORPG.

While it’s nice that both Shining Saber and Cohral are reunited, I think it’s time for Cayna to return to Felskeilo as soon as possible. 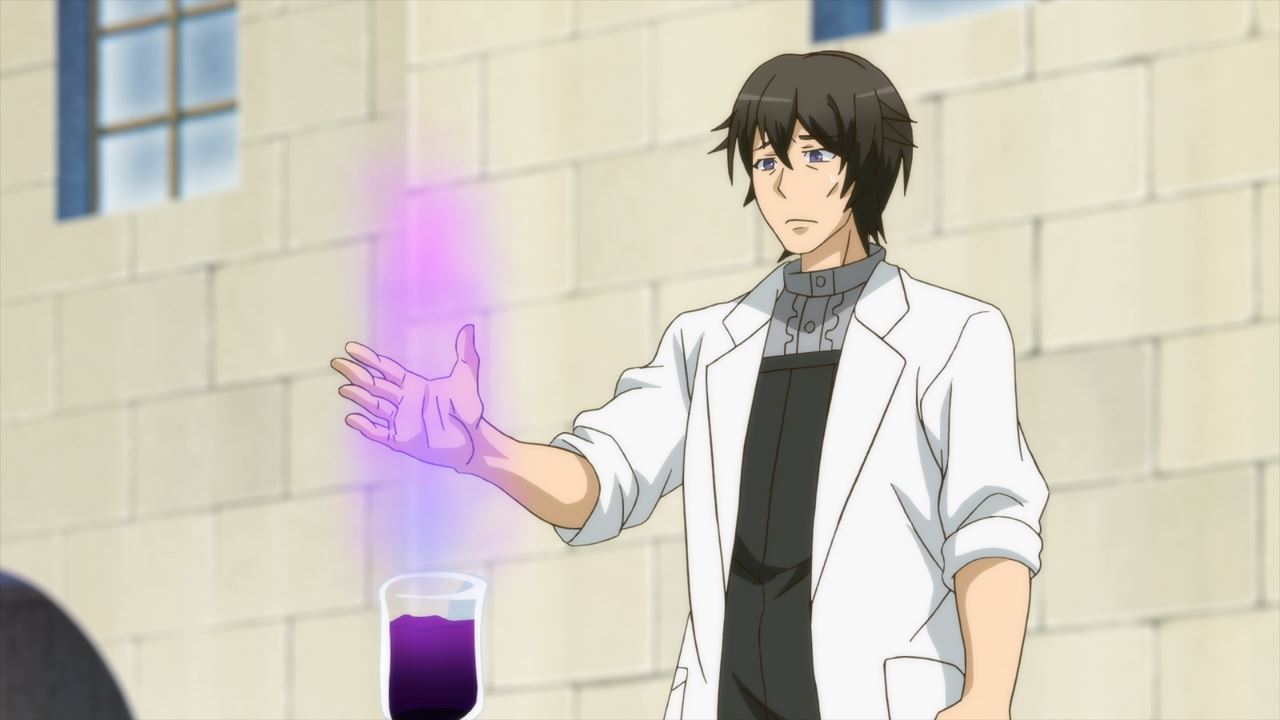 One last thing, here’s Lopus Harvey where he tries to recreate Cayna’s potion to no avail as he throw the dud into the dumpster. 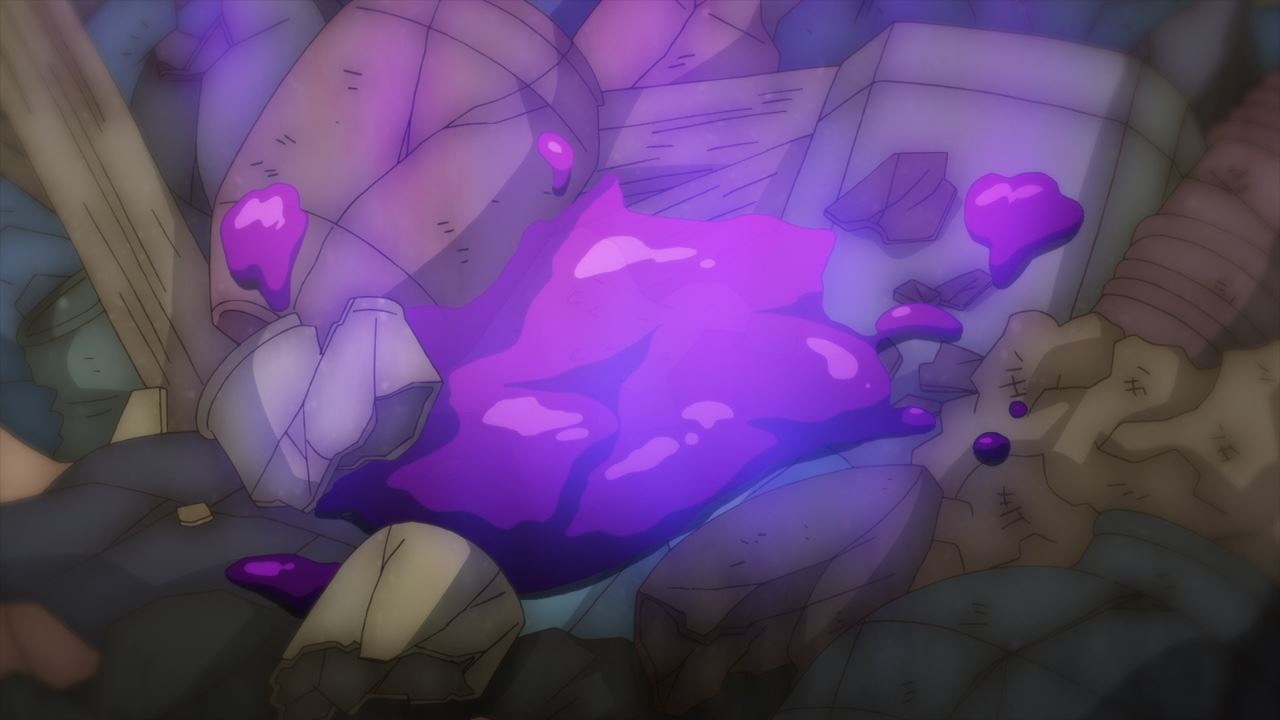 But you know something, Lopus made a grave mistake ’cause his failed concoction might turn a pile of trash into something horrifying. I can feel it… 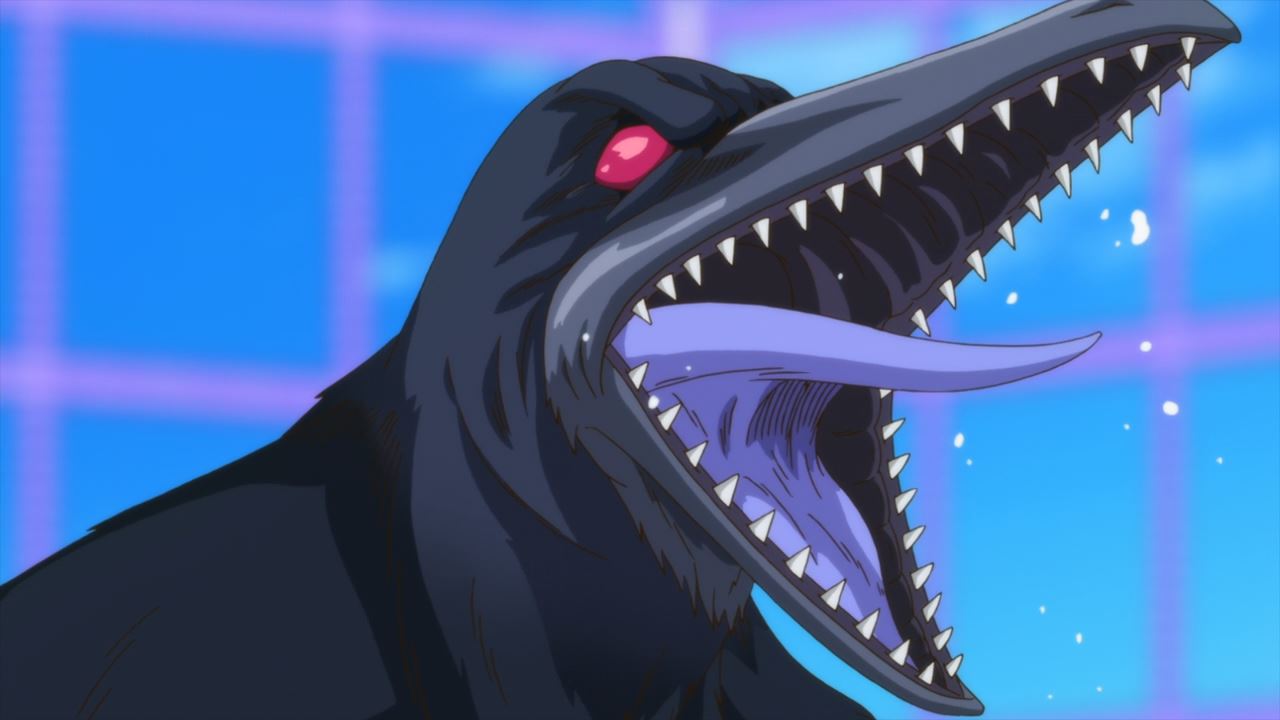 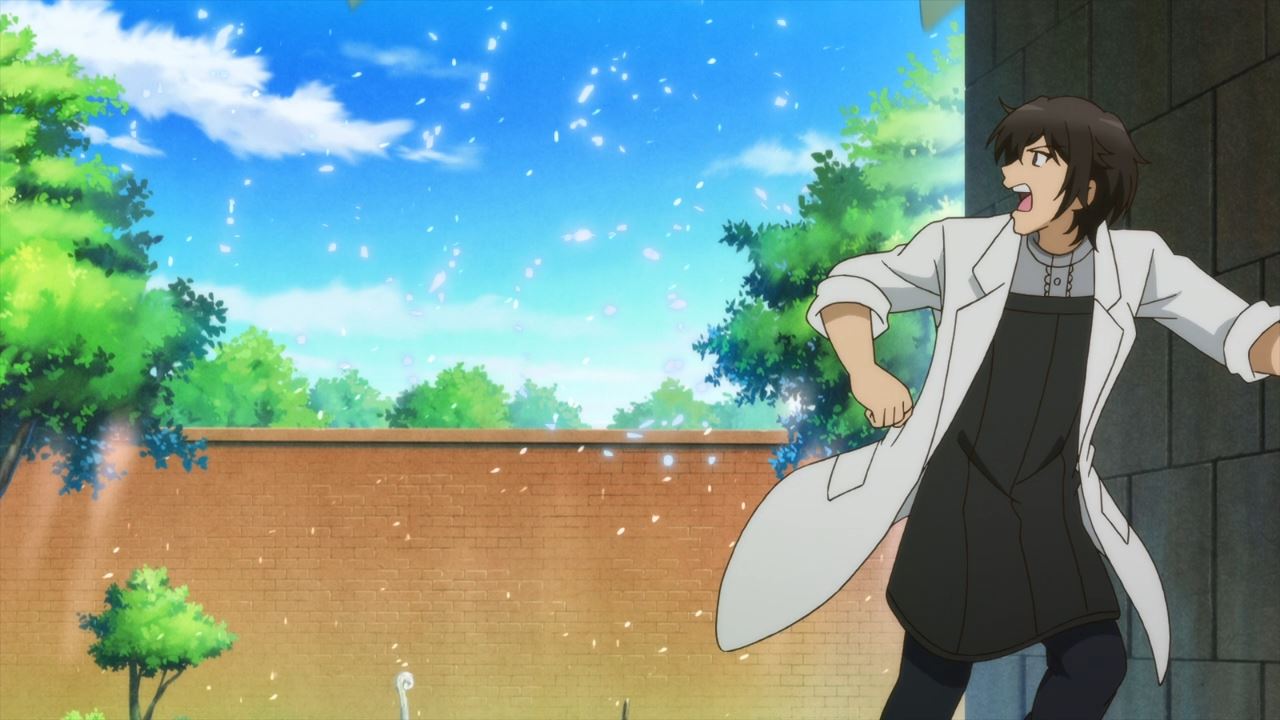 And speaking of Lopus, he runs away as the professor tries to call for help. Seriously Lopus Harvey, you should dispose your failed creation to somewhere safe.

With that said, I’ll see you next time where Cayna will have to deal with a powerful monster. Just hoping that she won’t cause any collateral damage in Felskeilo.