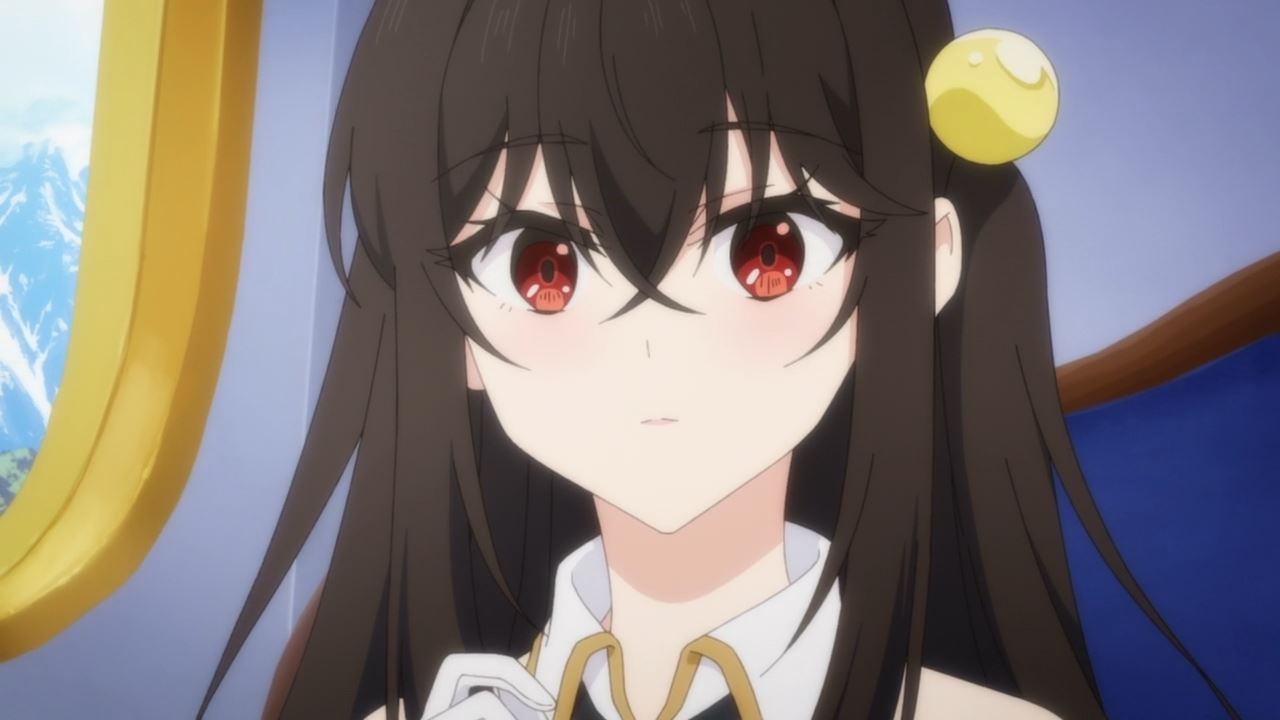 Well everyone, we have a new character introduced! Actually, it’s just Ninym Ralei sporting black hair as she and Wein Salema Arbalest are heading to the Kingdom of Cavarin for the Festival of the Spirit, a Levetian festival 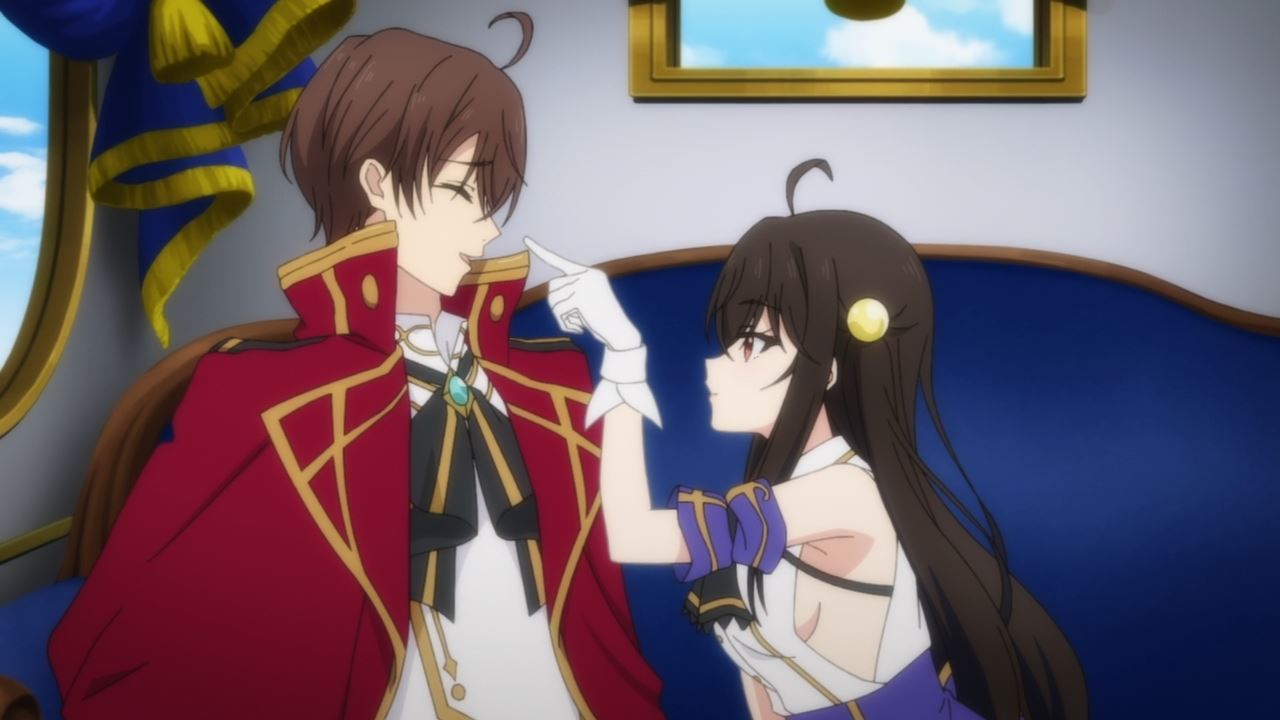 And speaking of Prince Wein, he’s really confused on whether he likes Ninym’s black hair or her original hair color. Oh yeah, and he can’t mess up Ninym’s hair or the dye will simply wore off. C’mon, he’s entering a kingdom where Flahms are treated as slaves.

By the way, Wein’s trusted general Hagal was retired from his line of duty, which is a shame as he’s still capable of leading his troops to victory or even protect the prince. 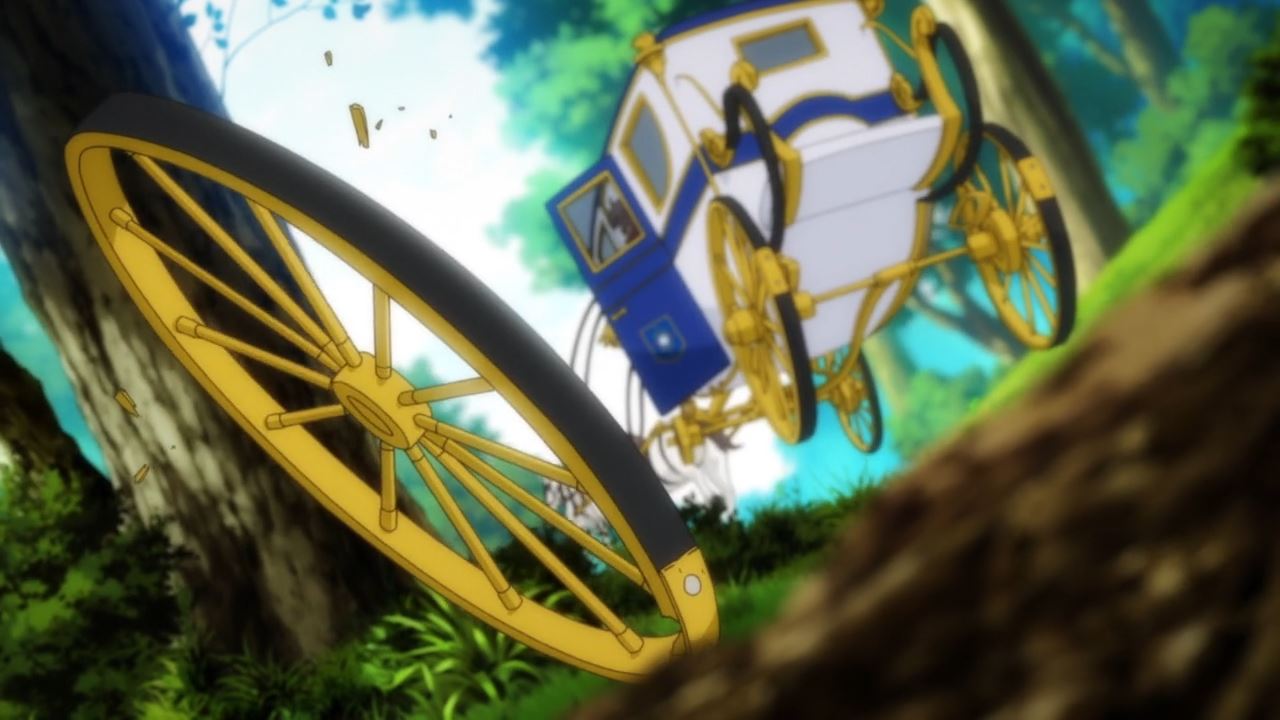 Unfortunately, their convoy got attacked by some bandits, although I feel that someone ordered those bandits to kill Prince Wein before reaching Cavarin. 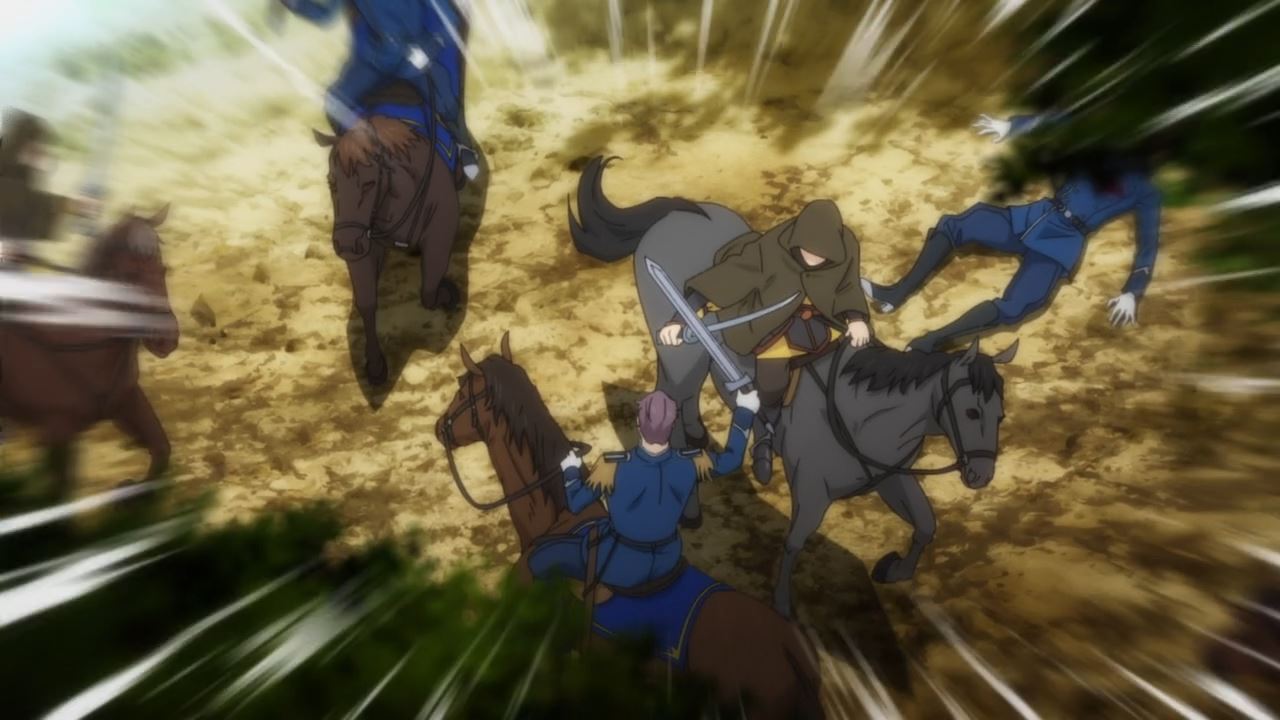 But hey, it’s a good thing that Prince Wein brought his entourage of guards led by Commander Raklum. Still, I’m hoping that both Prince Wein and Ninym are okay. 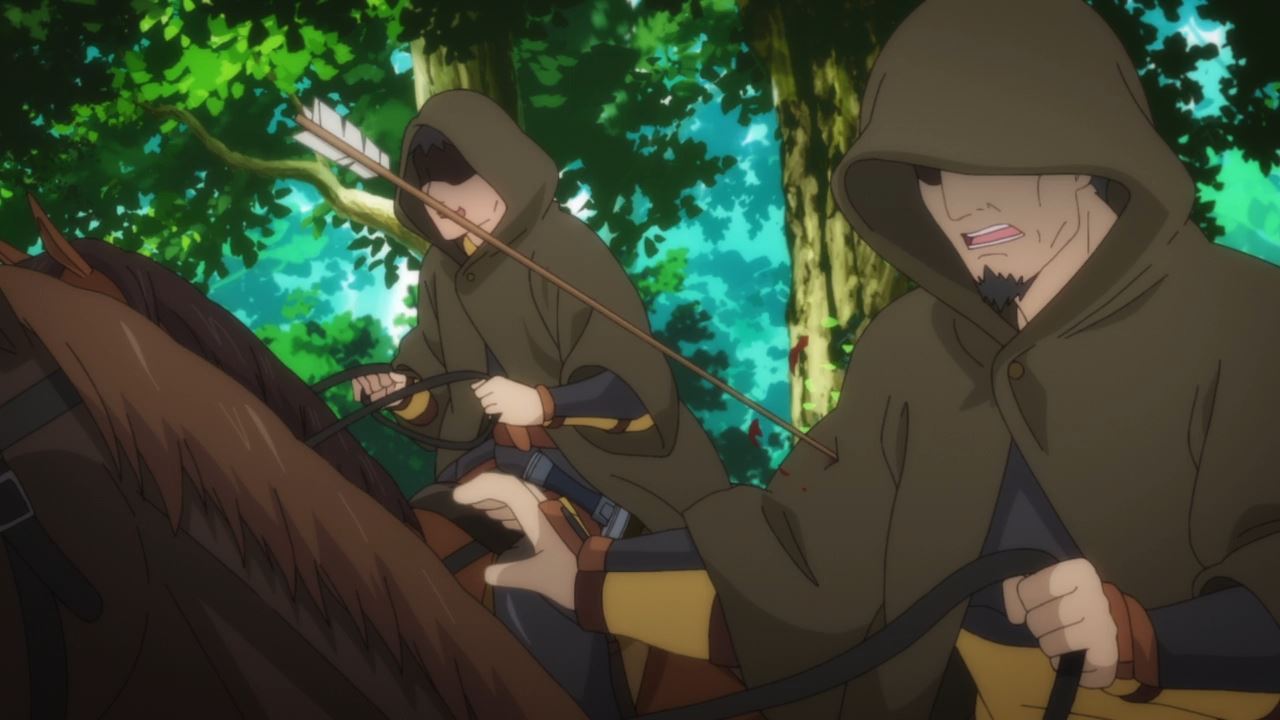 Meanwhile, looks like someone shot an arrow to one of the bandits. Of course, Commander Raklum and his men are currently armed with swords, so who did it? 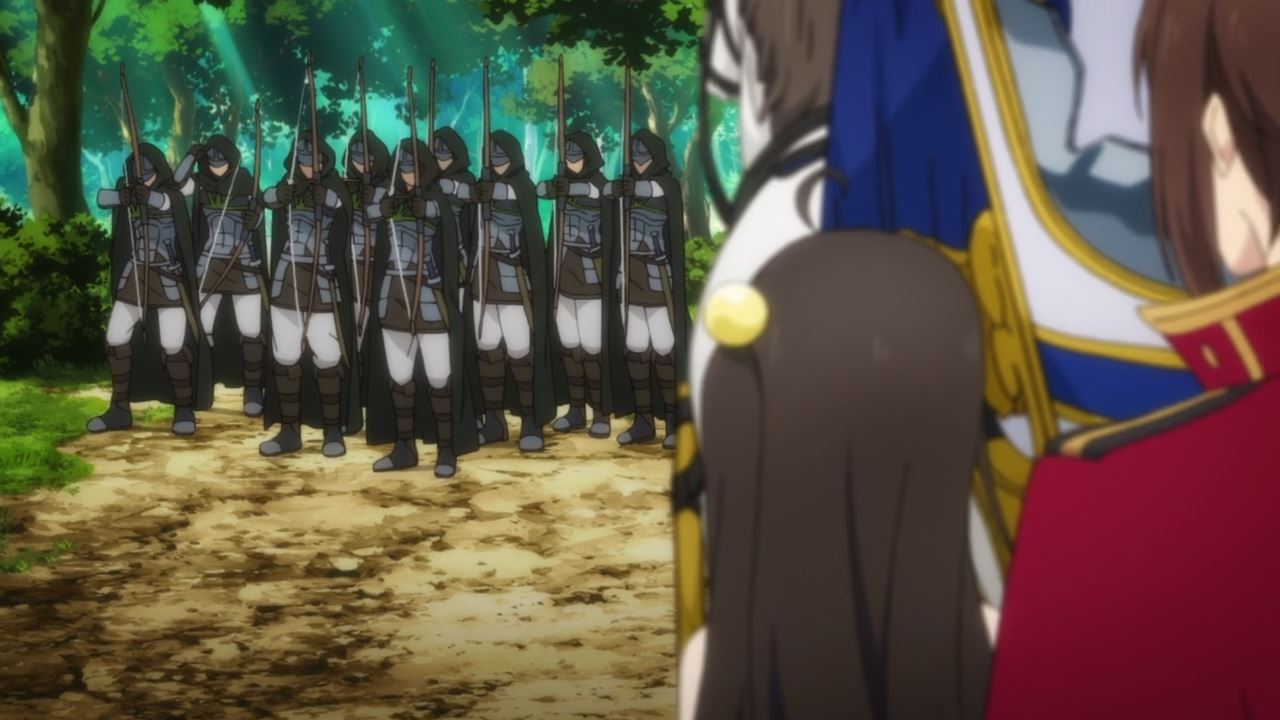 Well, it’s actually the Marden remnants who fired arrows at those bandits. Then again, both Prince Wein and Ninym are doomed because these remnants still won’t forgive them for losing the previous battle.

However, the remnants are not being antagonistic towards Prince Wein and Ninym as they want to hear their story. 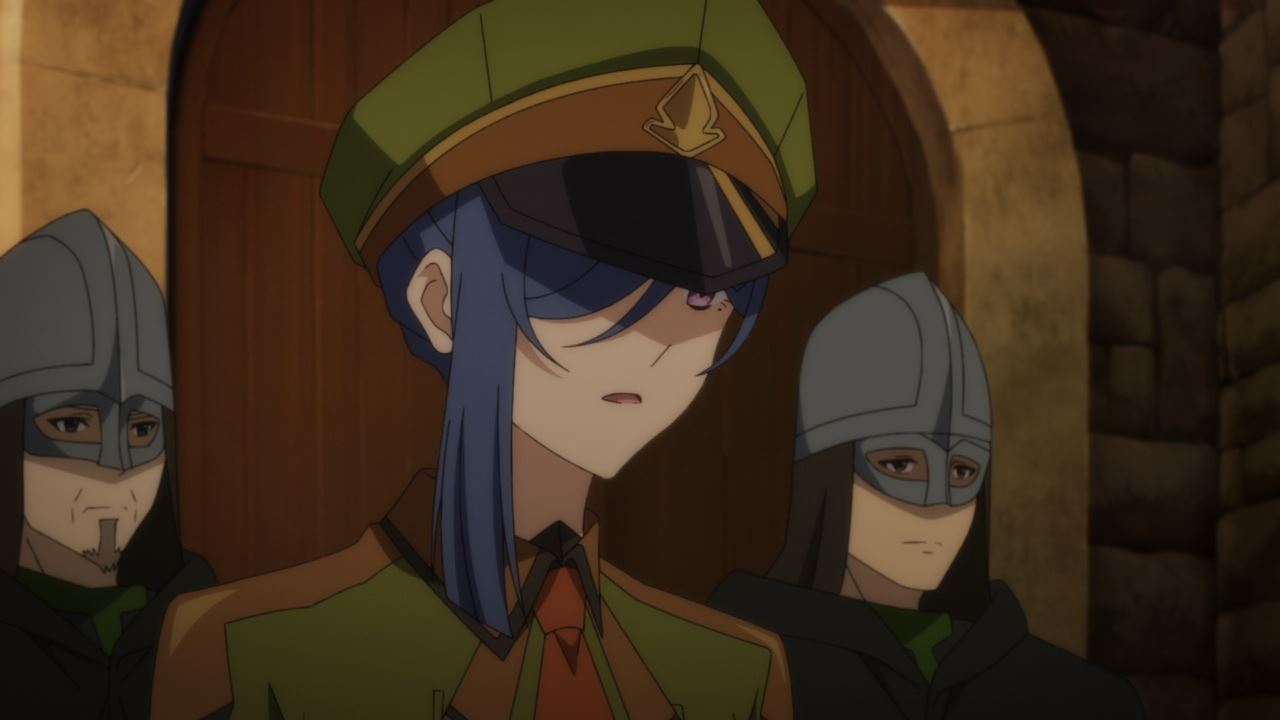 Anyways, the Marden remnants or the Marden Liberation Front are led by Zeno where the commander wants to retake the kingdom from Cavarin. By the way, I’m not sure what Zeno’s gender is given the commander’s appearance, although I suspect that Zeno is actually female due to her voice.

Speaking of Wein Salema Arbalest, while the prince understands Zeno’s struggles to retake Marden, he and Ninym Ralei have a party to attend to, especially when the king of Cavarin invited the prince to attend the festival. 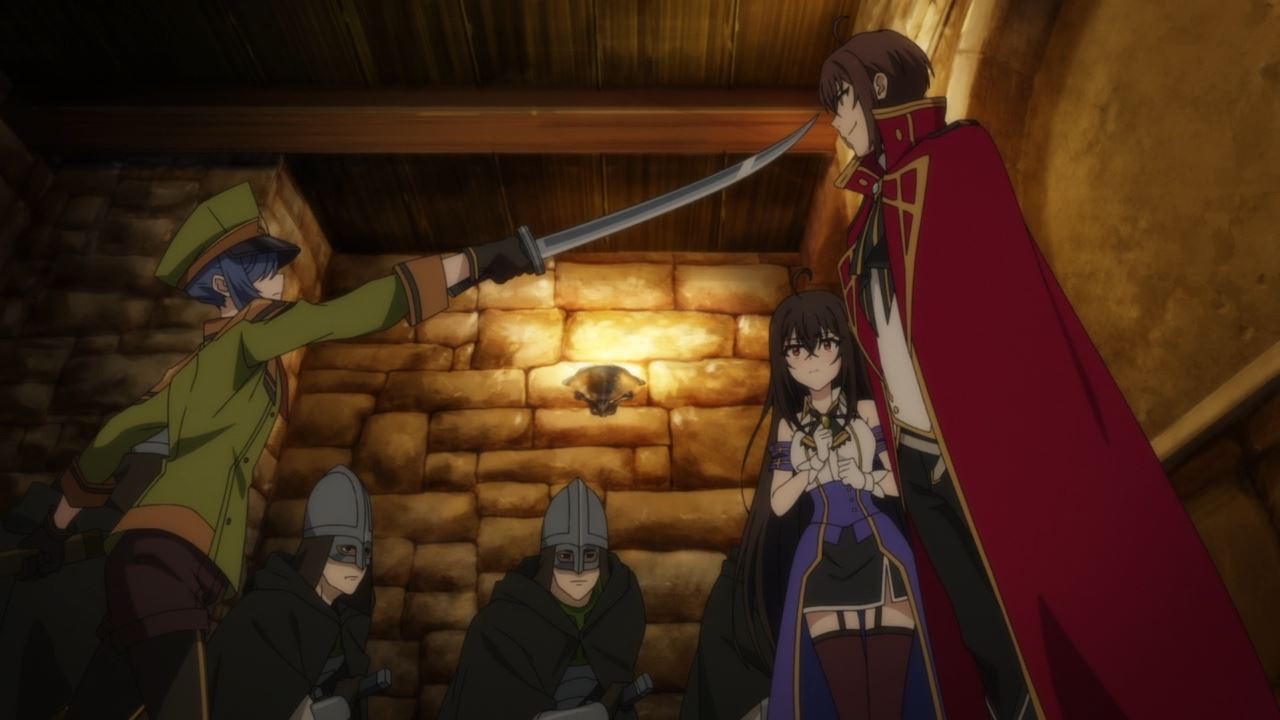 This angered Zeno as the commander wants to cut Wein’s head, although the prince wants to strike a deal with the remnants ’cause he doesn’t want Zeno and the rest getting clobbered by Cavarin’s soldiers once spring comes.

With that said, looks like Prince Wein and Zeno are buddies now. Of course, Prince Wein needs to know the Kingdom of Cavarin from the inside out. 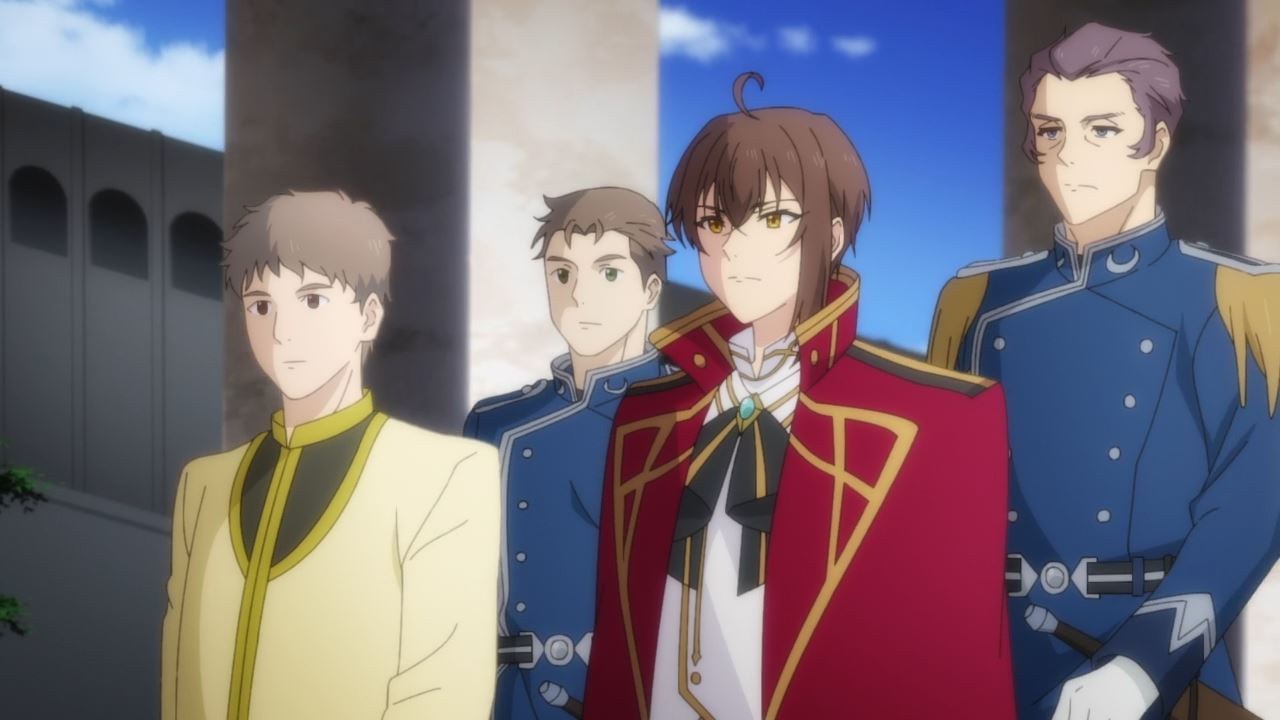 Now then, Prince Wein Salema Arbalest and his entourage have arrived in Tristoria, the capital of Cavarin. But seriously, I’m really glad that they made it in one piece. 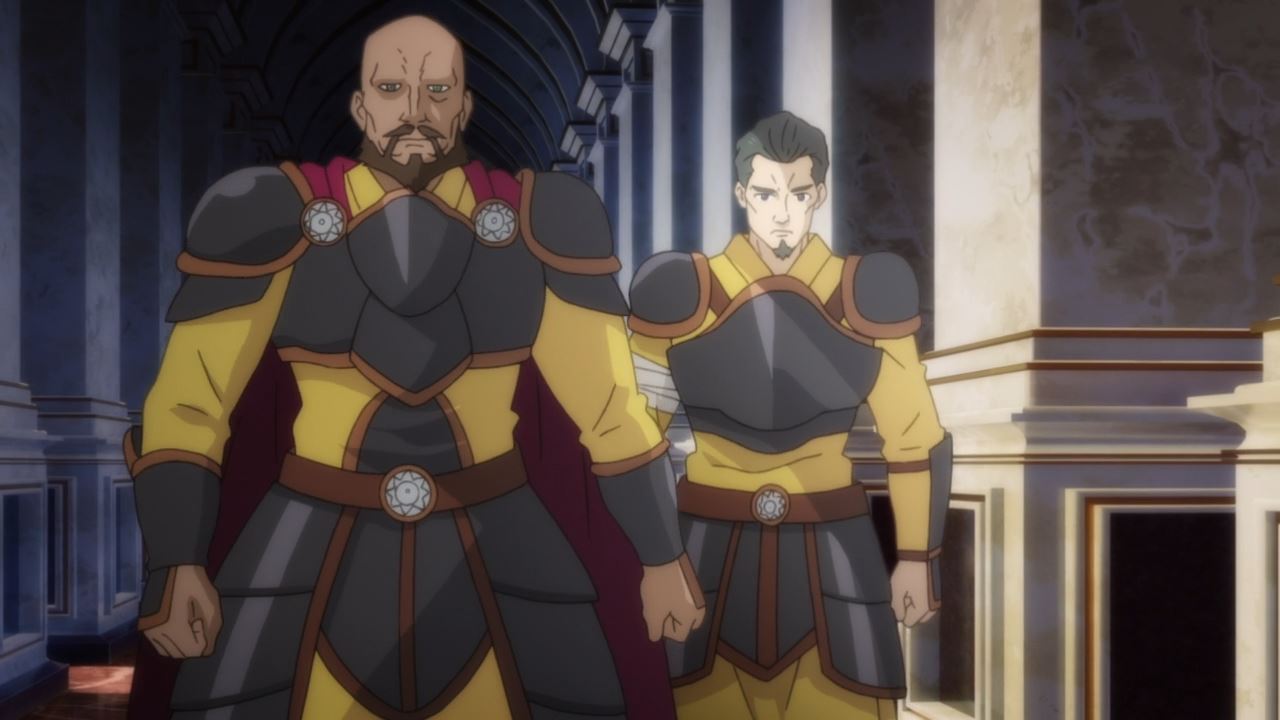 Hmm, I wonder if that soldier got shot by one of the Marden remnants ’cause I have a feeling that he’s dressed up as a bandit. Then again, there’s no confirmation yet! *wink wink* 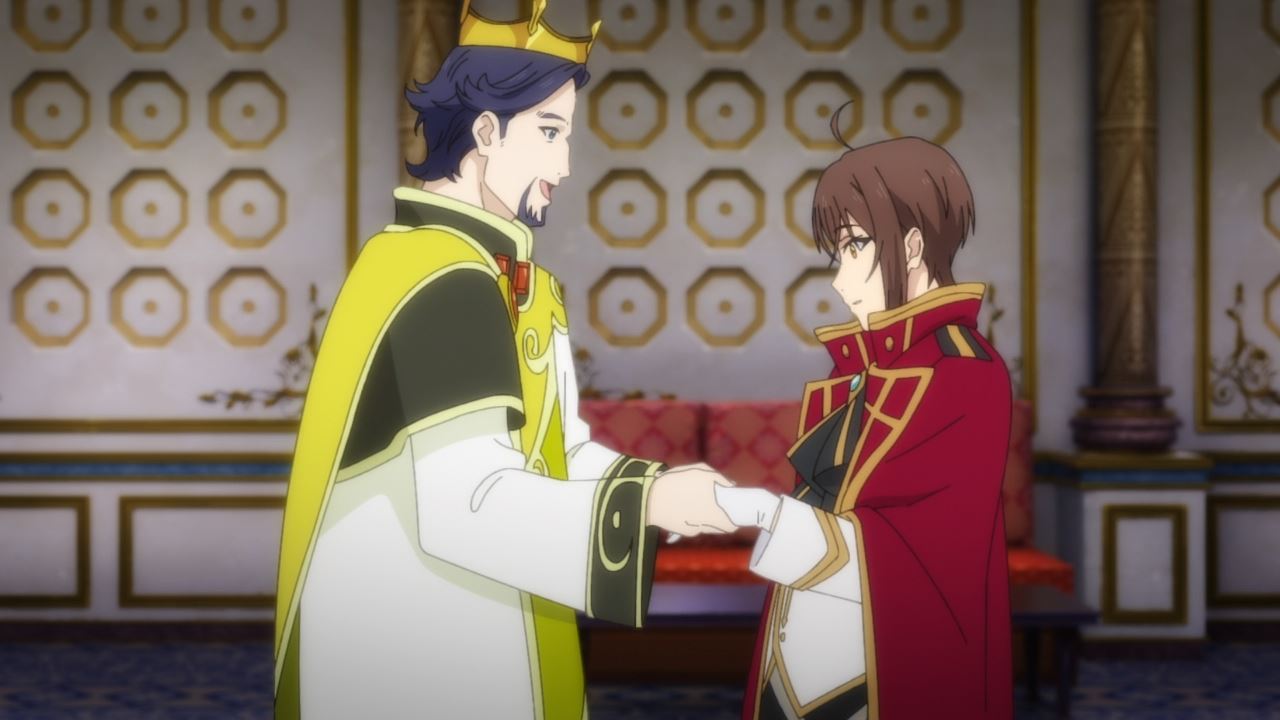 Anyways, this is King Ordalasse where he welcomed the prince to his kingdom for the Festival of the Spirit. However, King Ordalasse has other plans where he invites Prince Wein to join the Levetian Holy Elite. 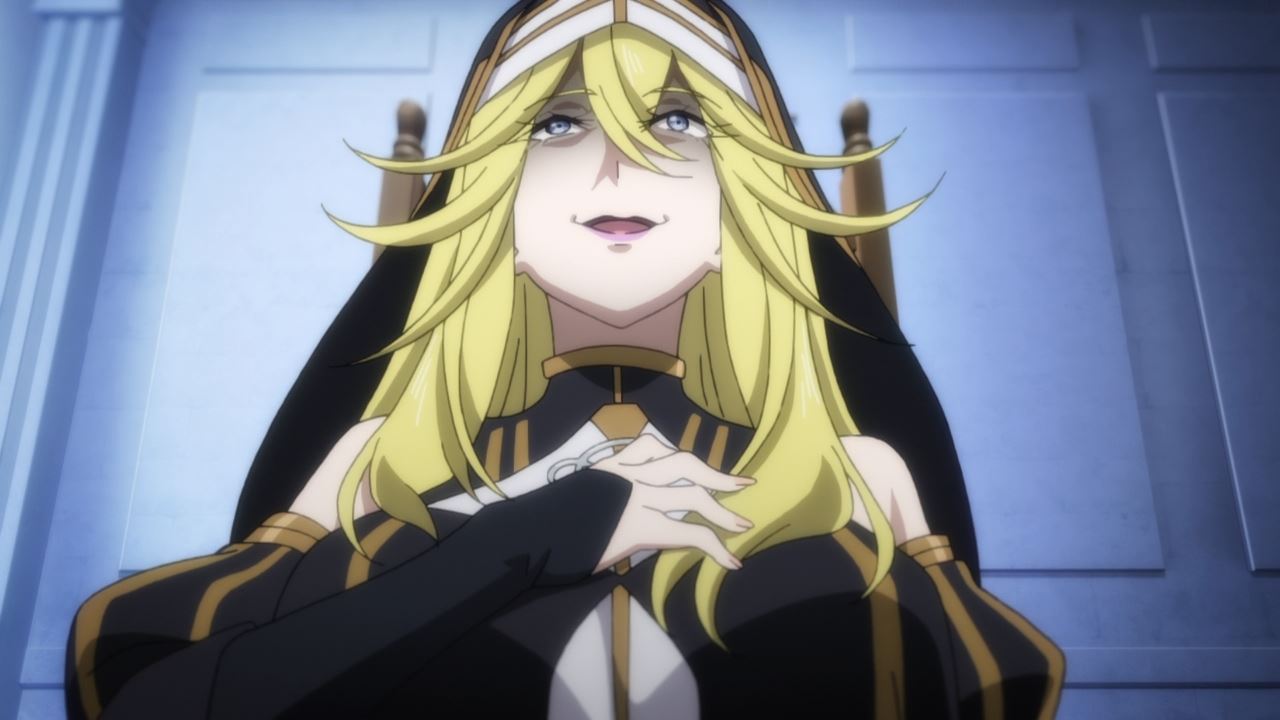 And speaking of the Holy Elite, they’re comprised of influential people related to the Levetian faith. One of them is Caldmellia where despite being a woman, she holds the position as director of the gospel bureau.

Oh yeah, and Caldmellia desires the complete destruction of the Marden Liberation Front where I have to say that this nun is not so holy after all! 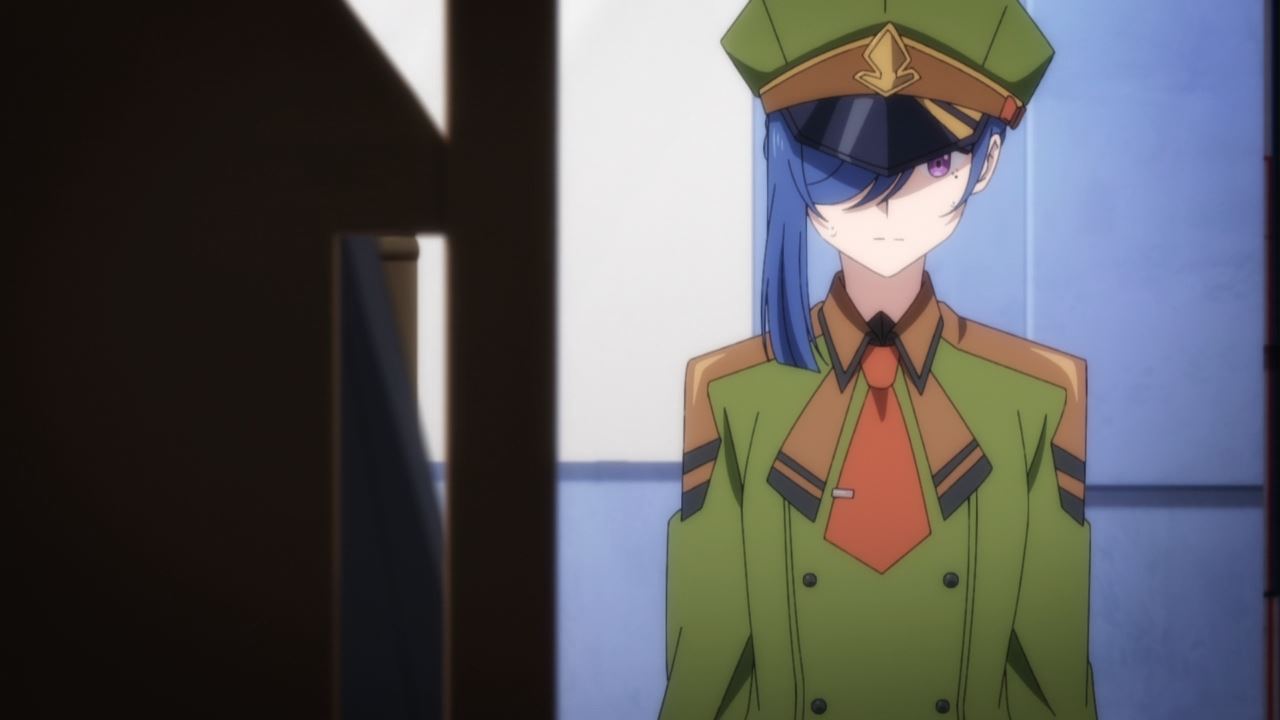 For Zeno, she’s really angry that Caldmellia would say something horrible towards her people, although the commander can’t show her emotions or Caldmellia might suspect that Zeno came from Marden. 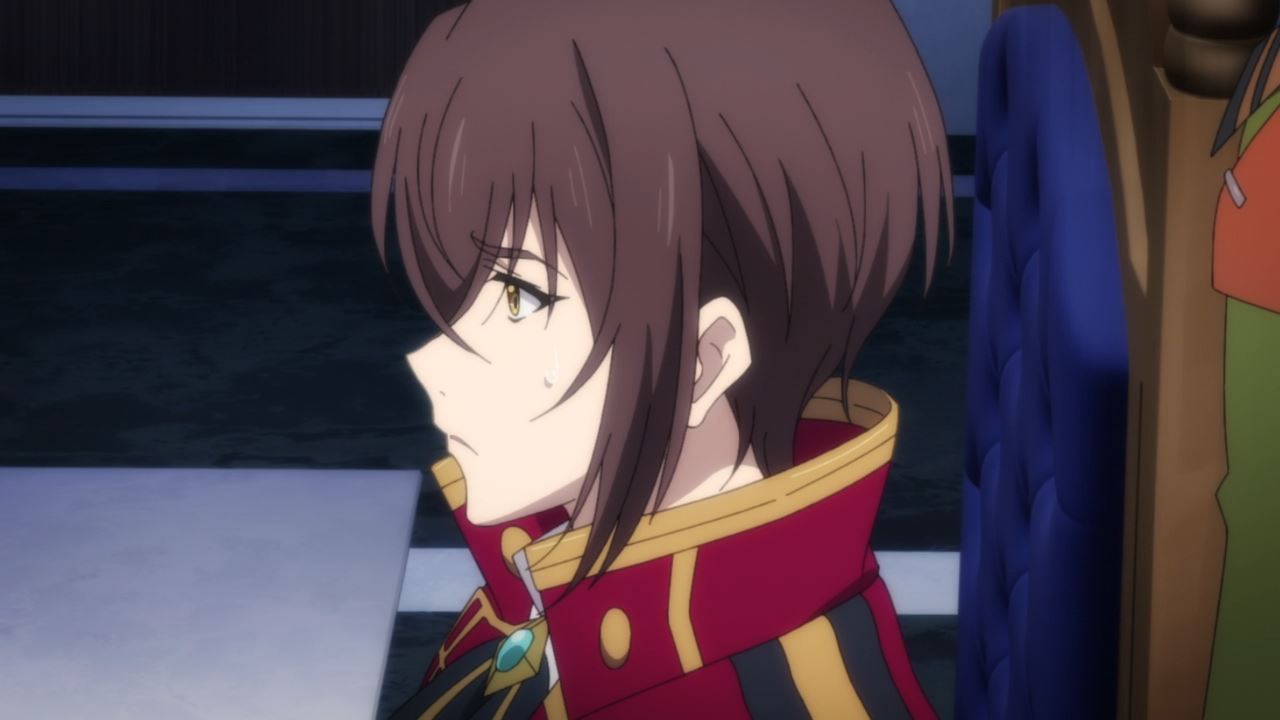 For Prince Wein Salema Arbalest, while there are benefits on joining the Holy Elite, I think he has second thoughts on becoming a member. 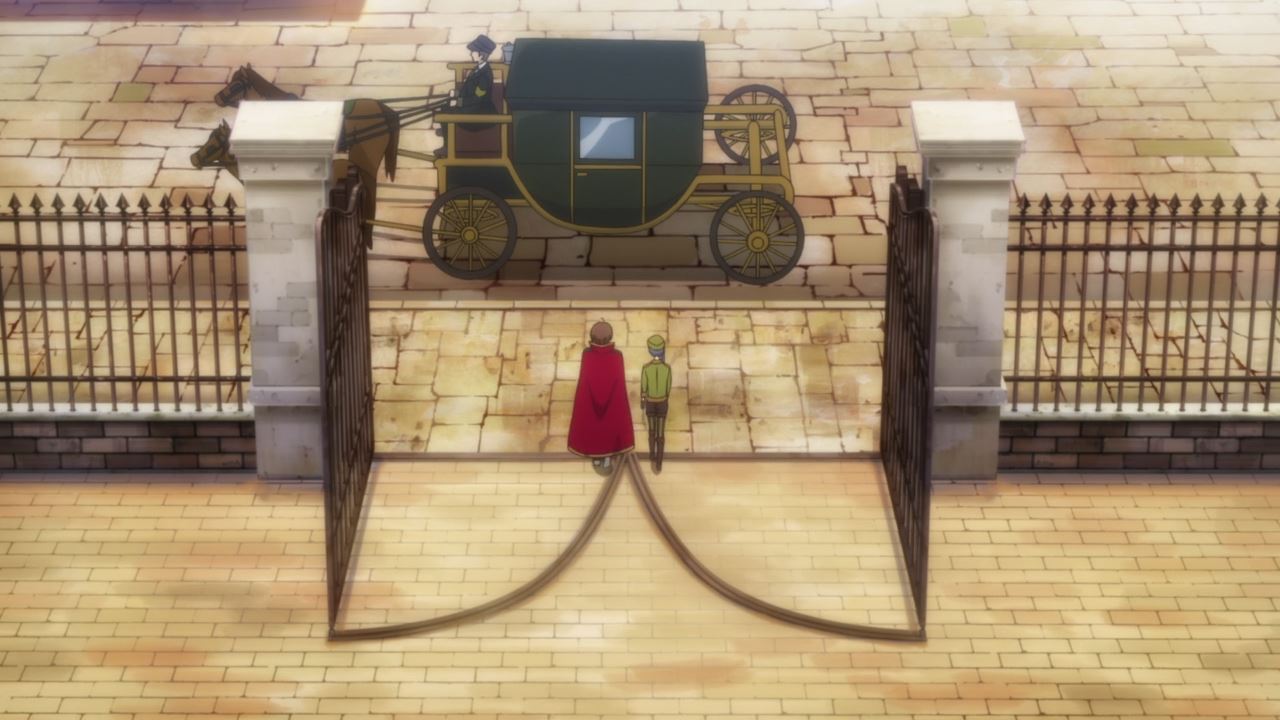 Anyways, both Prince Wein and Zeno left the building as they’re pretty much shocked on what Caldmellia said to them regarding the massacre of Marden remnants. Oh yeah, and Caldmellia has her own assistant… 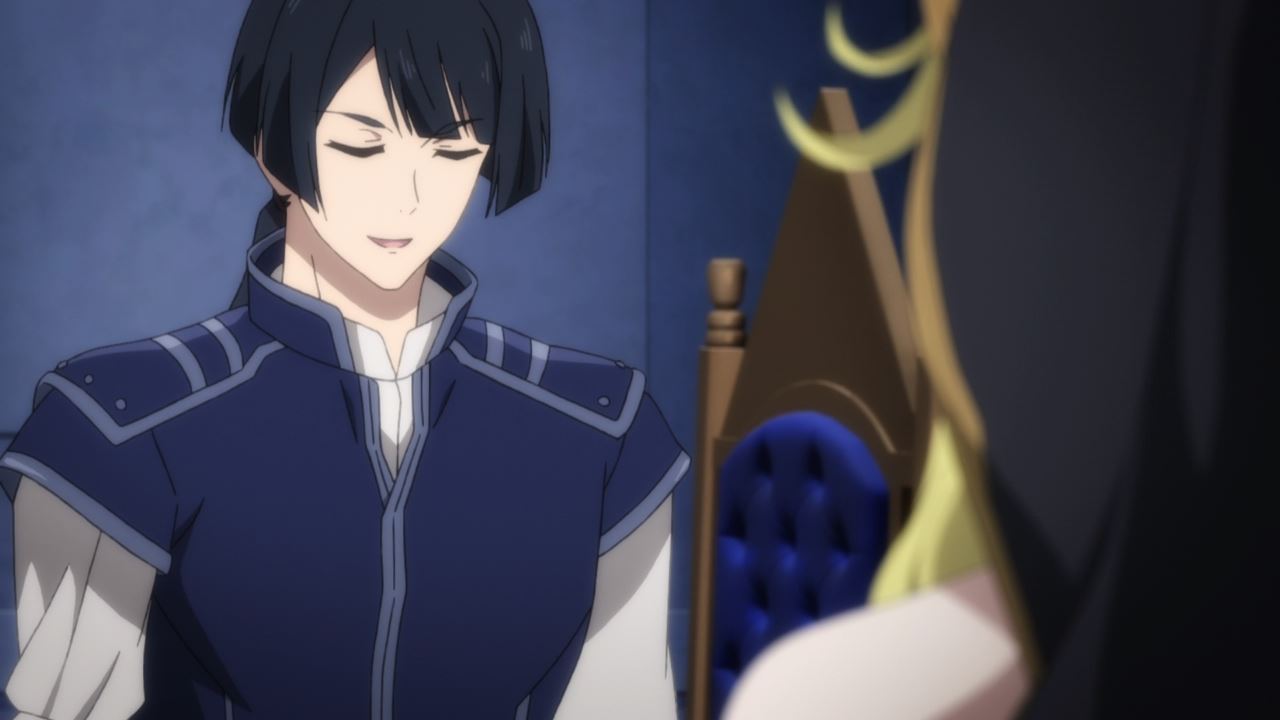 …which turned out to be Owl where he’s planning to outwit Prince Wein after losing his arm in Gairan. Of course, I feel that Prince Wein will remain triumph over Owl. 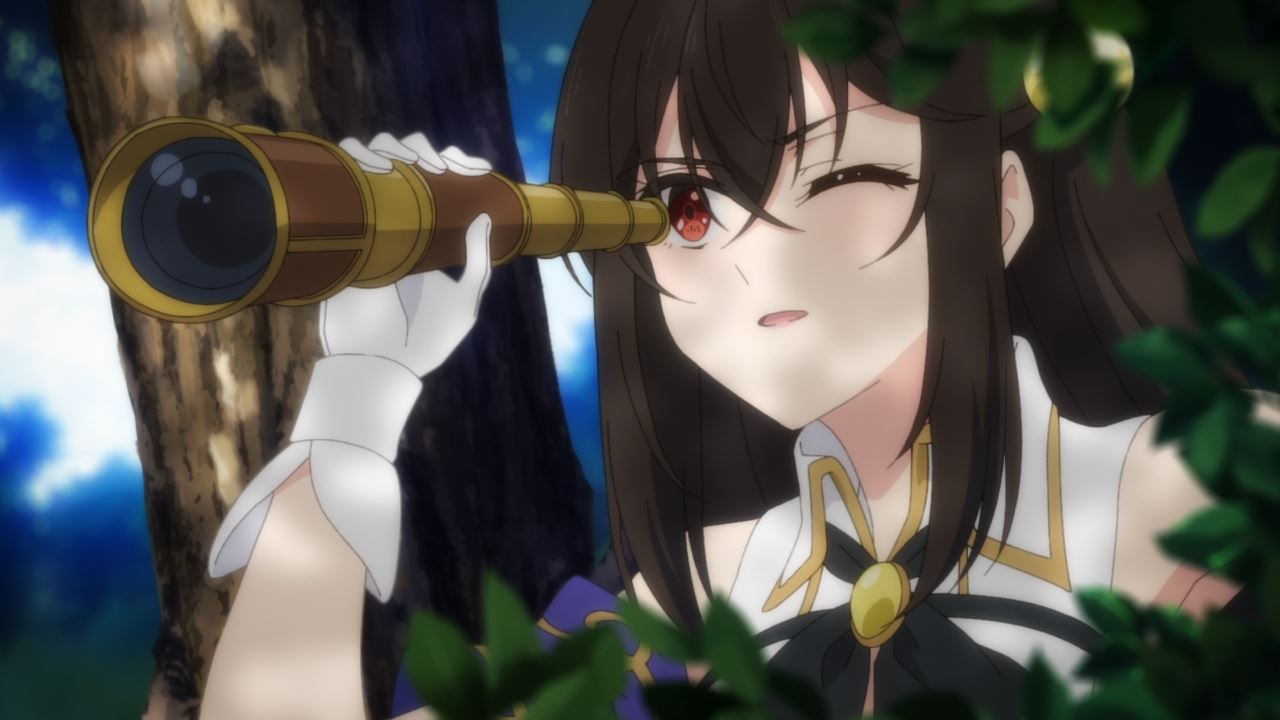 Meanwhile, here’s Ninym Ralei where she’s currently spying on various people within Cavarin. Come to think of it, I wonder if she’s scared of losing her disguise ’cause the kingdom is not so tolerant towards the Flahms? 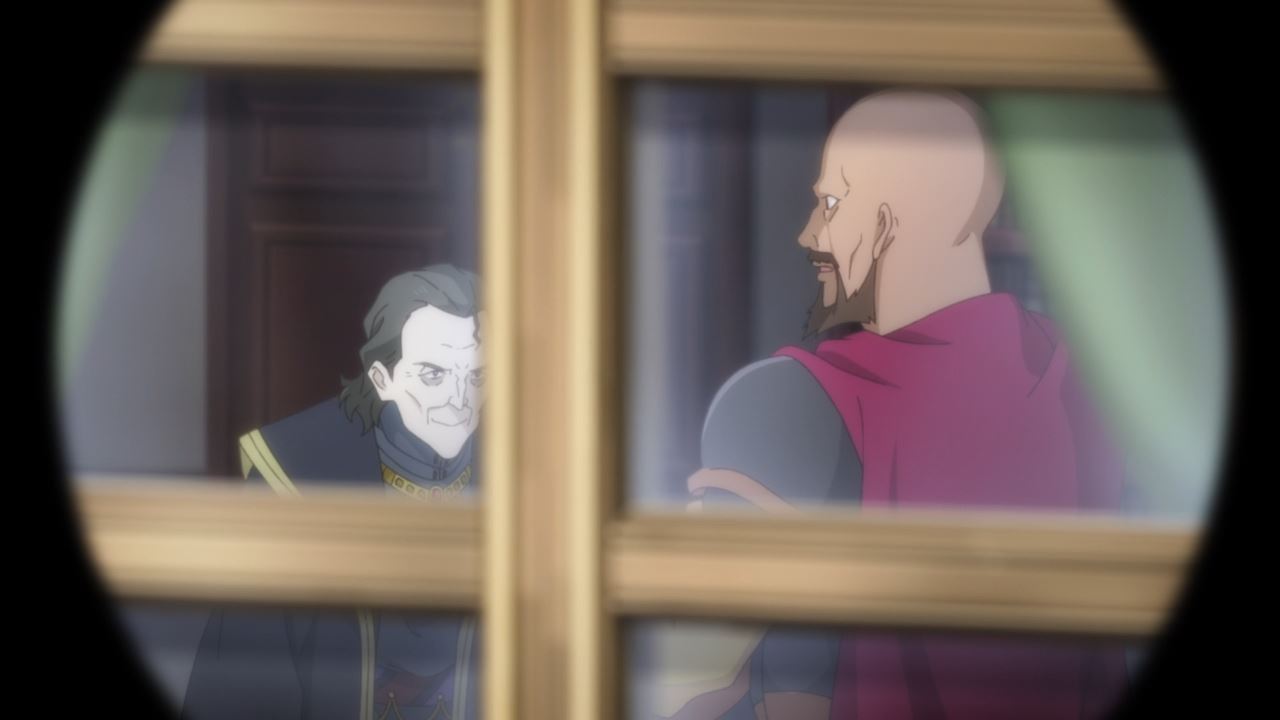 Anyways, Ninym saw Holonyeh where he joined Cavarin after betraying King Fyshtarre. And now, he’s talking to General Levert where they’re planning to invade Natra while the prince is still in Cavarin.

Well then, looks like the prince should return to his homeland as soon as possible. C’mon, the Kingdom of Cavarin are really hungry invade Natra, becoming the next superpower that might pose a threat to the beleaguered Earthworld Empire. 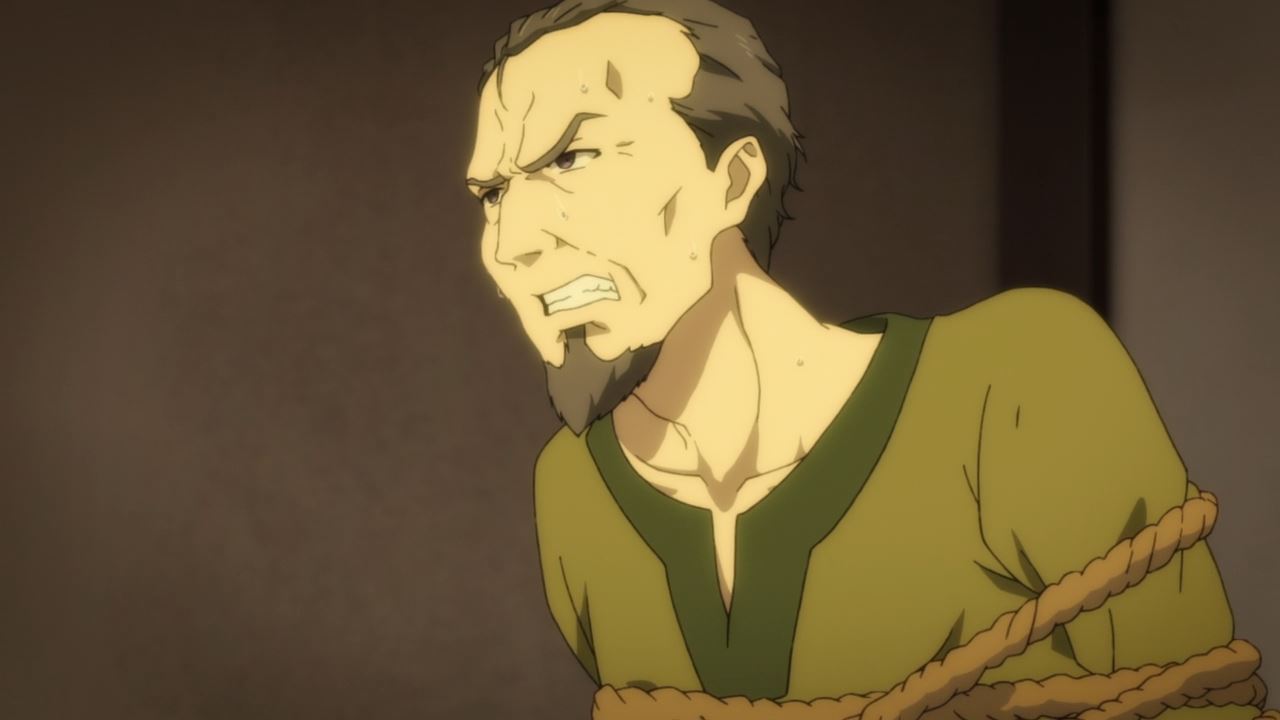 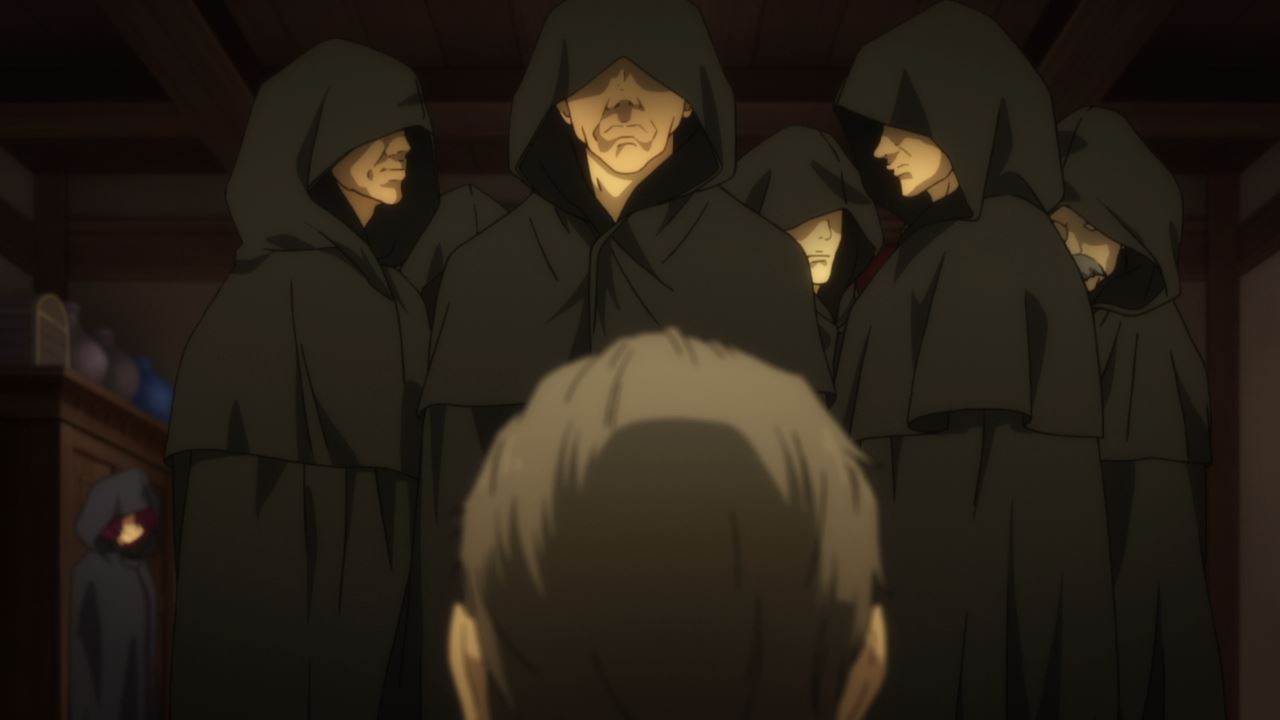 Sadly, it appears that Cavarin made their first move by retaking the Jilaat Gold Mine. Oh yeah, and someone took Pelynt hostage as their invasion of Natra begins. 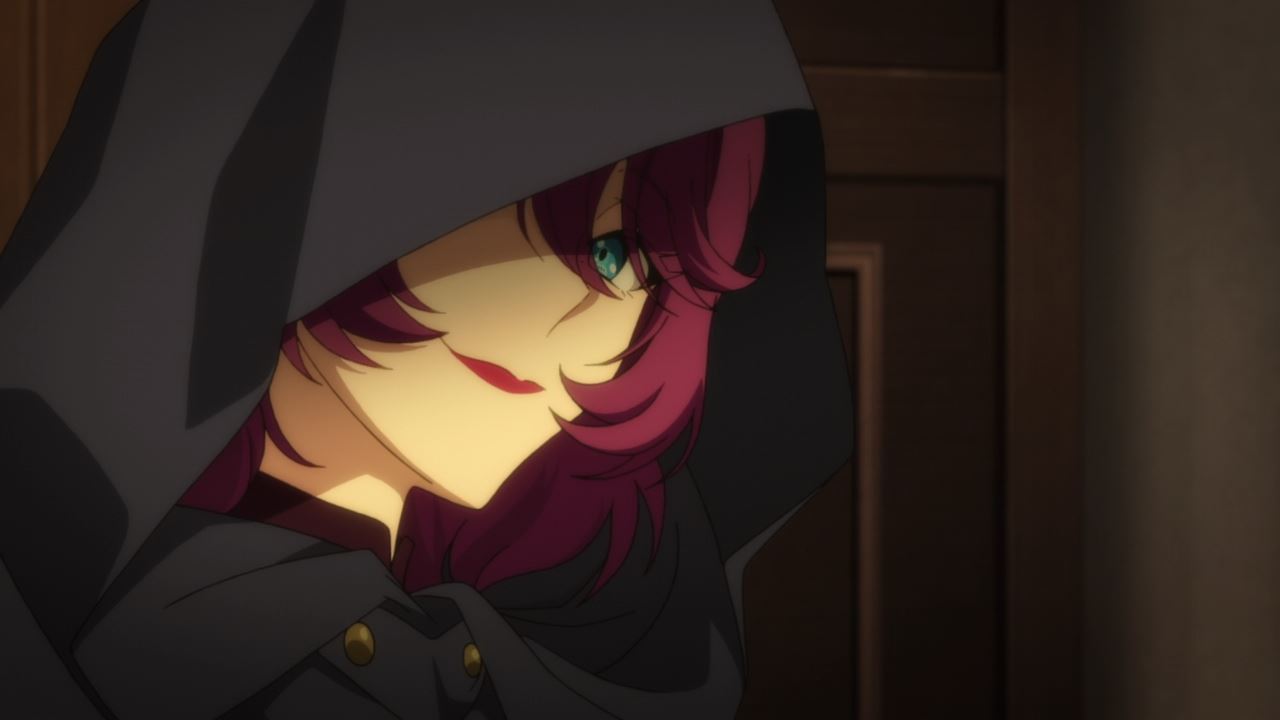 One more thing, I’m curious on who this person is as she’s either devotedly loyal to King Fyshtarre, or planning to usurp the throne in the future much like Holonyeh.

Anyways, I’ll see you next time where I’m hoping that Prince Wein Salema Arbalest and his allies can save their kingdom once again.