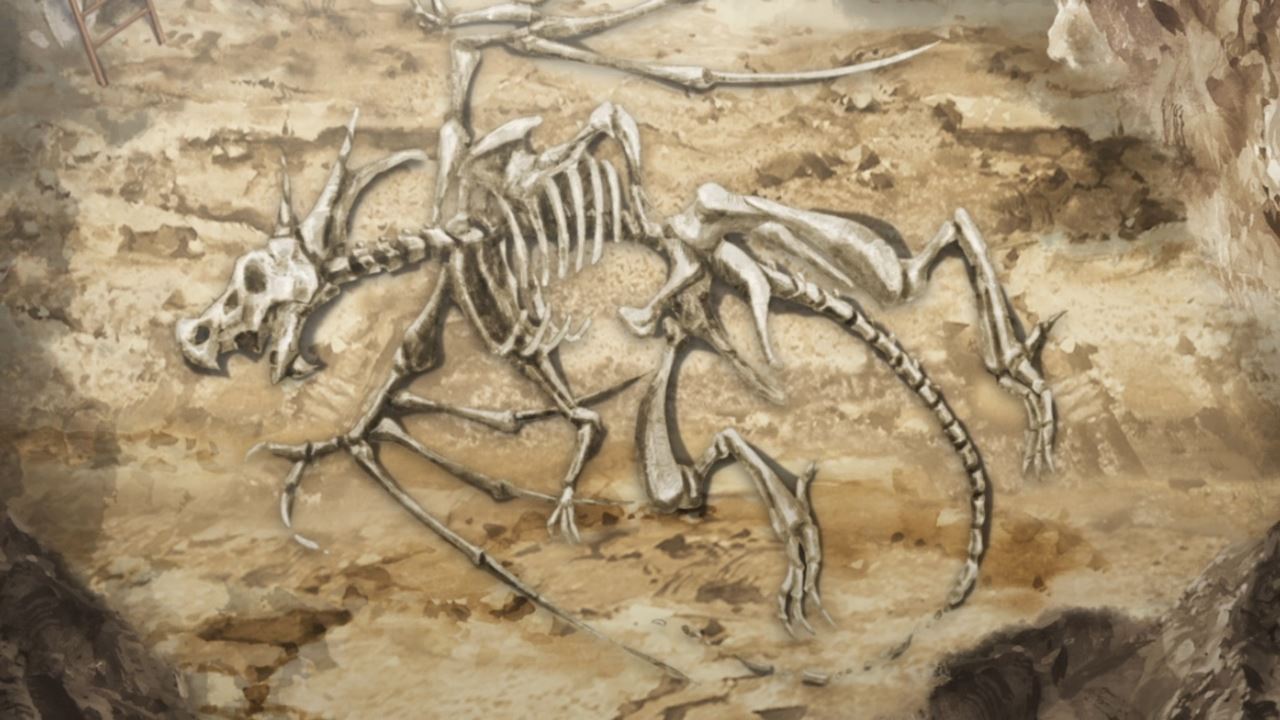 Let’s give you some context before we begin this episode as during the reconstruction of Elfrieden’s capital Parnam, they found the remains of a dragon along with monster fossils.

Unfortunately, a certain over scientist stole the dragon bones to her laboratory. Man, what could possibly go wrong when Genia Maxwell stole dragon bones? 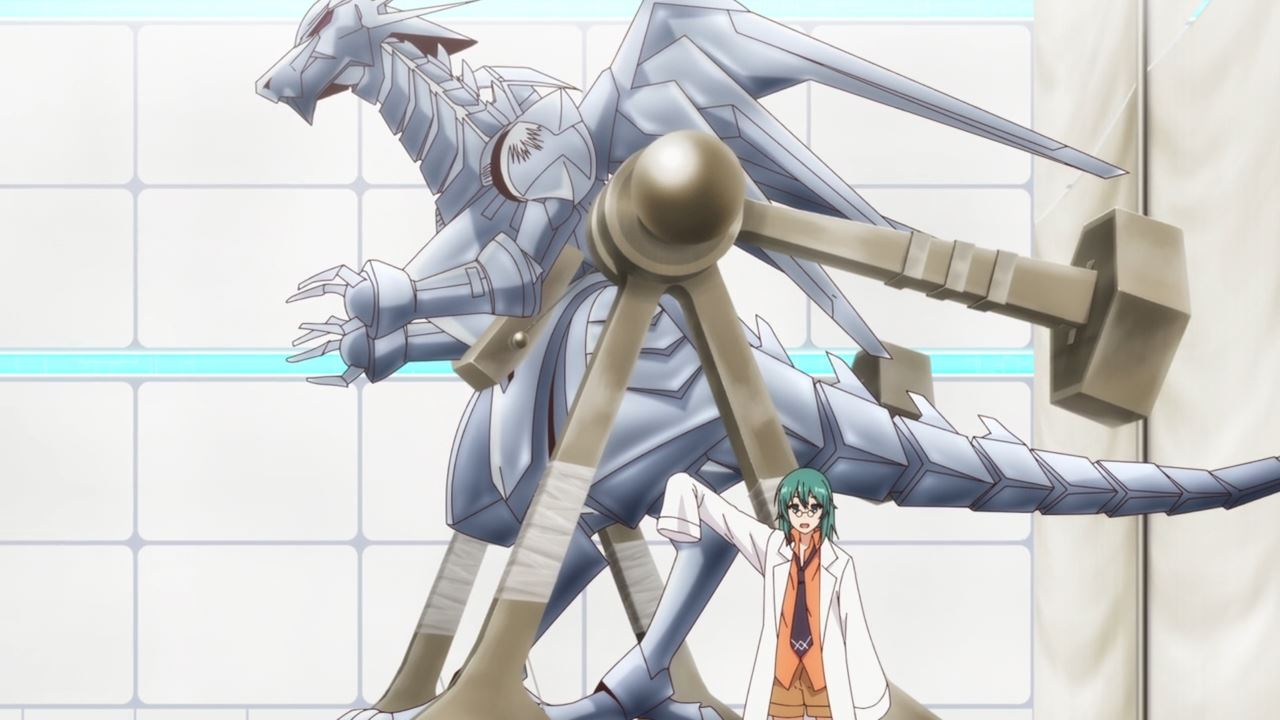 Well, use them to create a mecha dragon where it’ll be used as a secret weapon. Oh, and it’ll make the denizens of the Star Dragon Mountain Range very angry that their kin was turned into a robotic monstrosity. 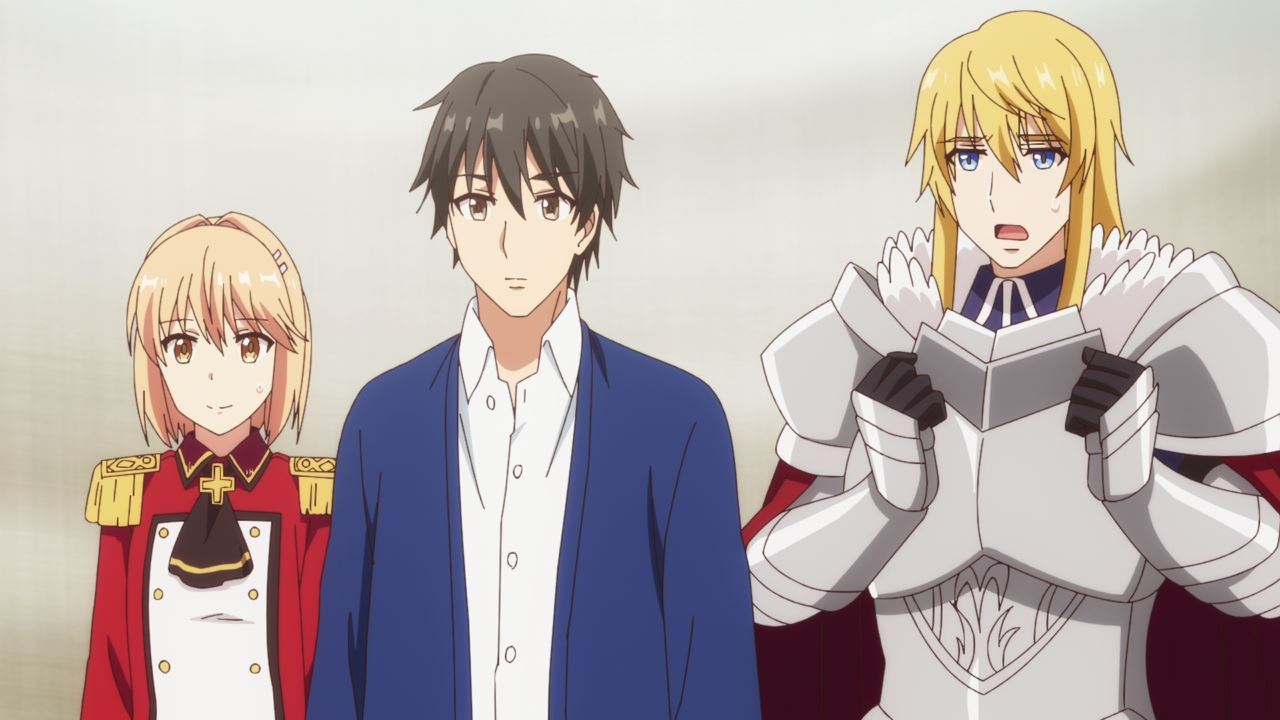 For Ludwin Arcs, seeing his fiancé create a mecha out of dragon bones is pretty terrifying. Hell, even Kazuya Souma can control the mecha dragon using his Living Poltergeist skill.

With that said, the king will have to keep this mecha dragon a secret while sending an apology to the Star Dragon Mountain Range for desecrating their kin. 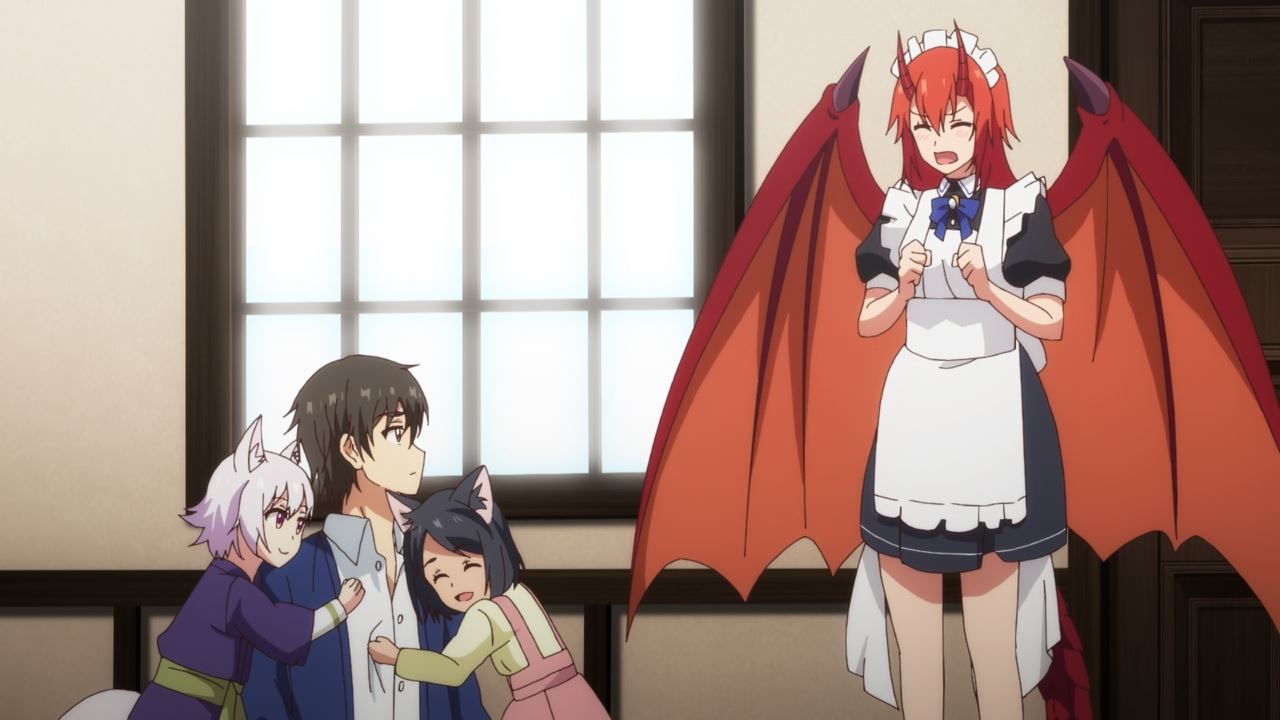 Meanwhile, looks like the king is taking care of the fox children as he’s pretty much kind to them.

By the way, here’s Carla Vargas where she begins her life as a maid and geez, she looks cute in her maid uniform! However, the only thing that Carla fears is her trainer Serina… 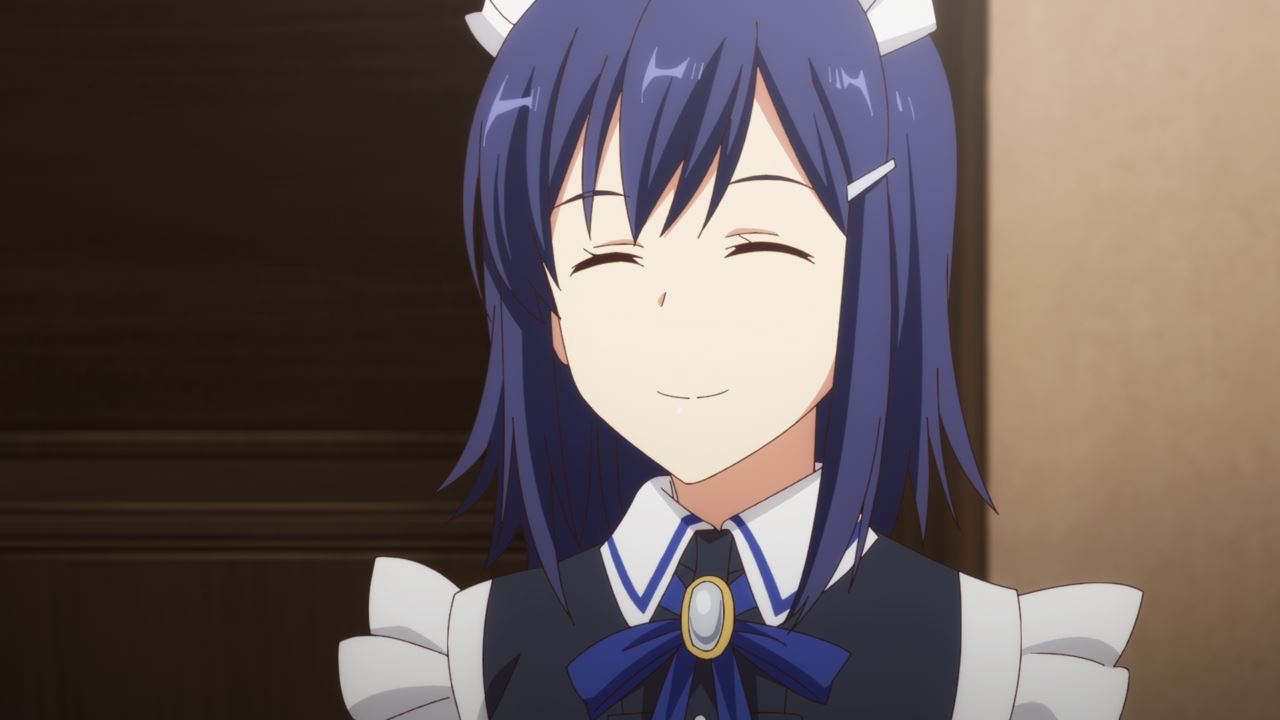 Speaking of Serina, despite not being part of the military, the head maid won’t show no mercy when someone is not doing their job properly.

I mean, look at her smile, Serina doesn’t play around when her fellow maids don’t work efficiently. 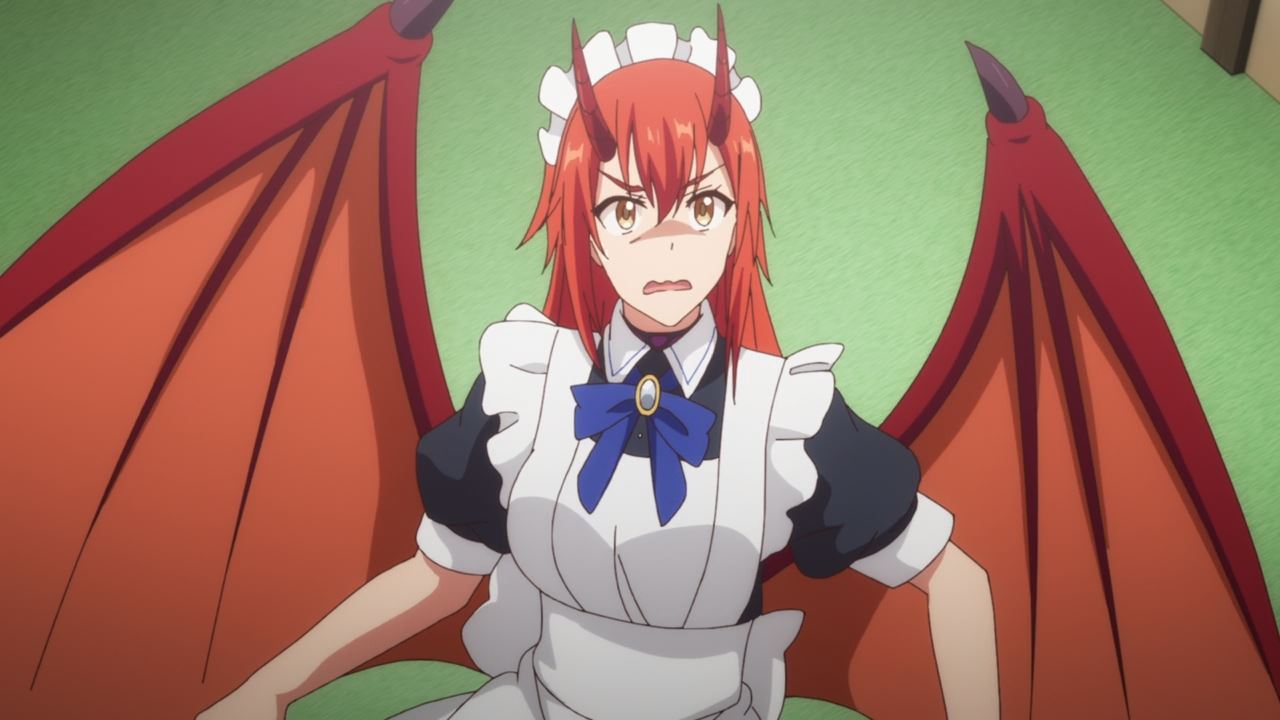 But yeah, I’ll say good luck to Carla Vargas as I’m hoping that she’ll survive the grueling life as a maid. 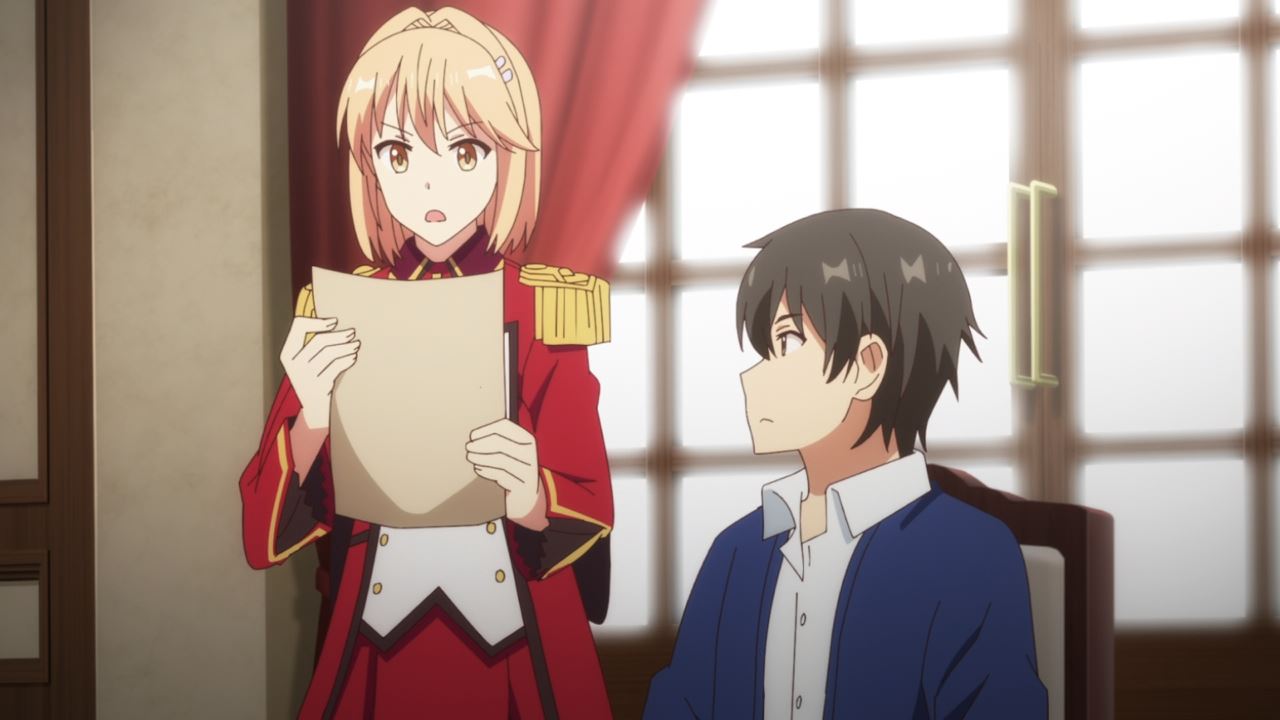 Now then, it’s time for some bad news where Liscia Elfrieden received reports that the Principality of Amidonia is in a state of upheaval upon the return of Prince Julius Amidonia.

Oh boy, I wonder what that idiot prince did with his own country? Oh wait, he destroyed infrastructure that bear the name of the invaders, on top of silencing anyone who defied him. Sounds like a recipe for a potential rebellion, huh? 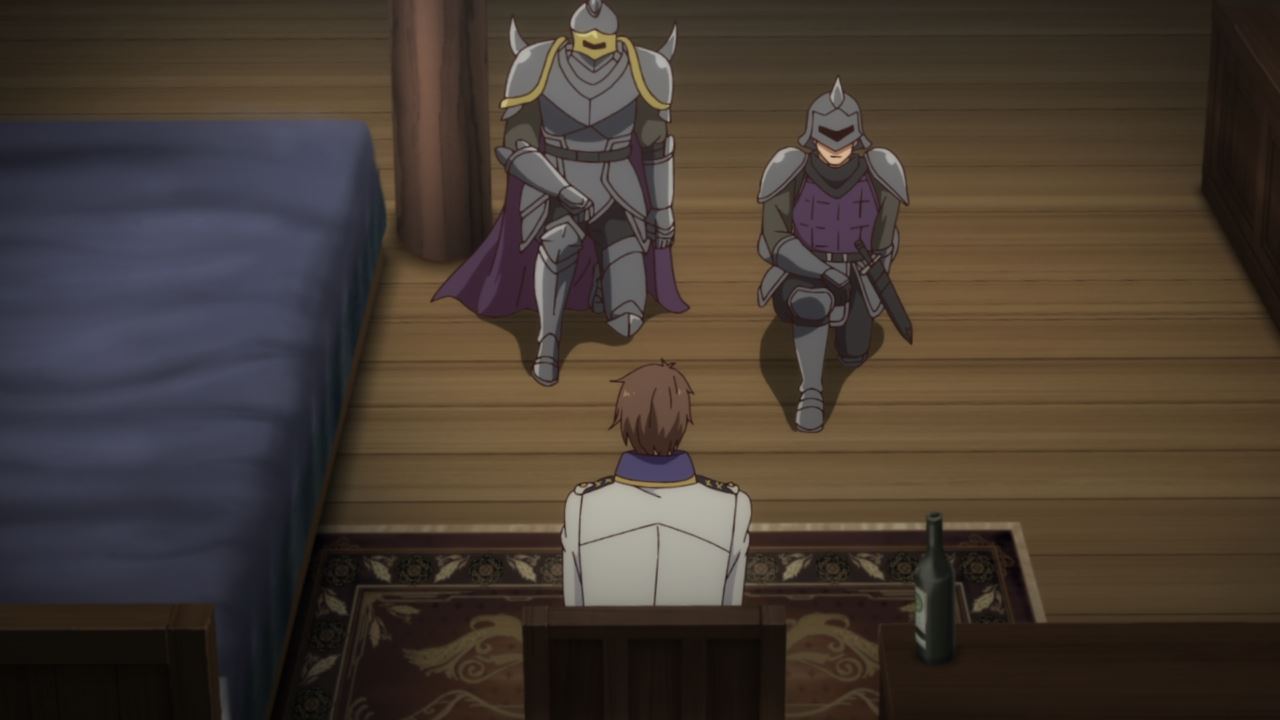 Well it turns out that various cities such as Galua and Van are demanding the abdication of Prince Julius Amidonia. Heck, even his generals have joined the uprising.

Even worse is that Van wants to join Elfrieden since they prefer King Kazuya’s treatment over the crown prince. Truly the most insulting thing that Julius experienced as his people within the capital want him gone. 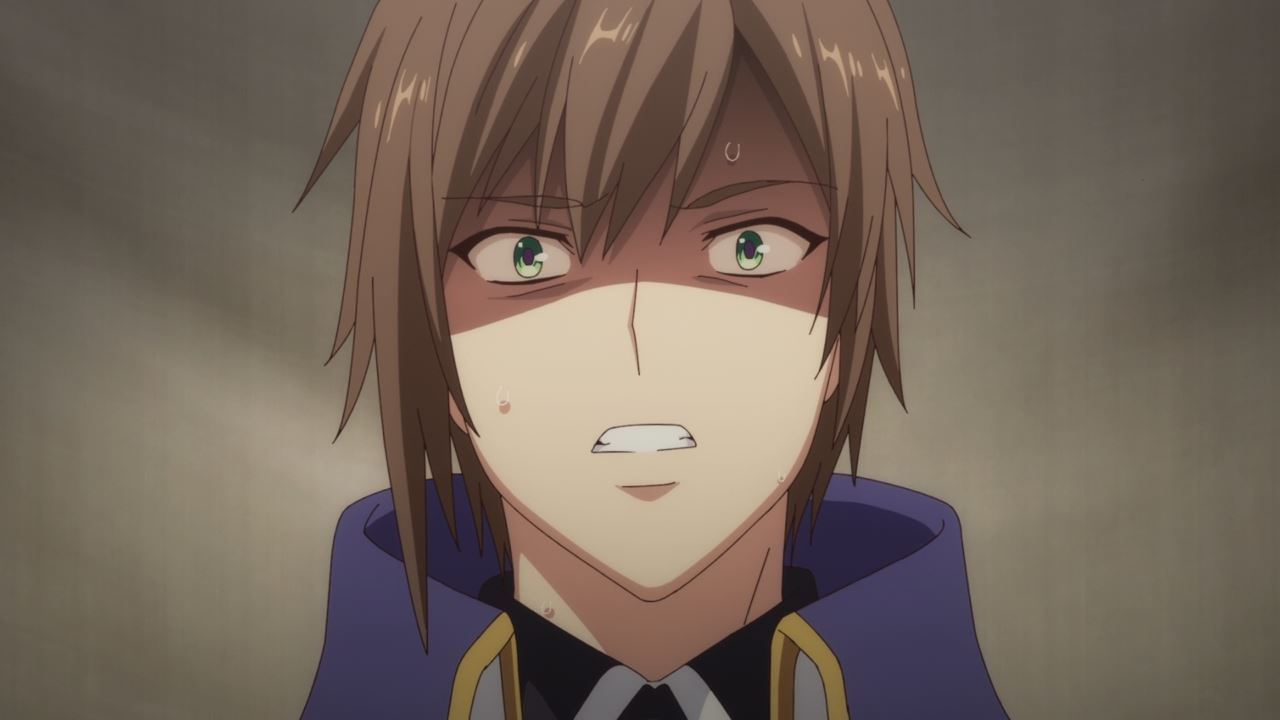 And so, Prince Julius Amidonia fled to Gran Chaos Empire where he’ll try to plead for help towards Empress Maria Euphoria. Then again, the crown prince might get arrested for his incompetence and seriously, it’s his fuckin’ fault for acting like a tyrant! He should have learned Kazuya’s words beforehand.

With Prince Julius out of his own country, the Principality of Amidonia is ripe for invasion where the Orthodox Papal State of Lunaria and Republic of Turgis are vying to conquer the land. Of course, the people of Amidonia want the Kingdom of Elfrieden to annex their country as they really love King Kazuya Souma and his way of governing the country. 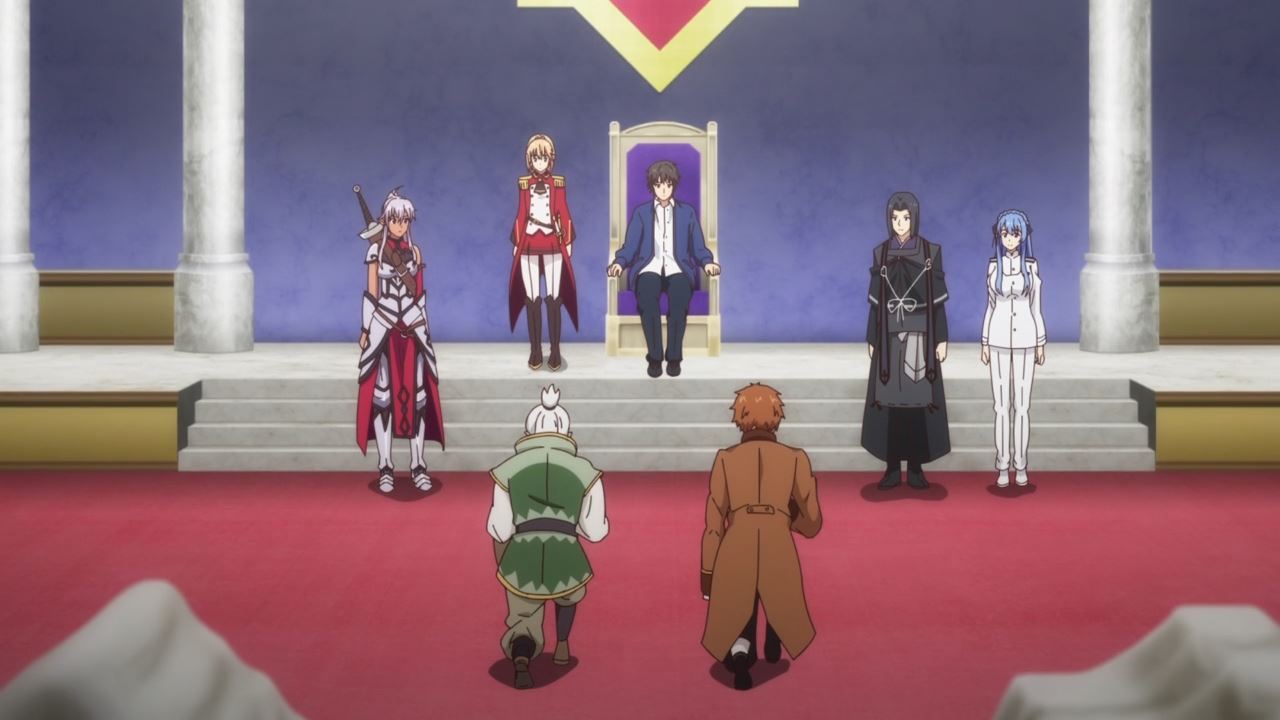 Anyways, looks like King Souma will go ahead on annexing Amidonia and solve various problems such as food shortages and financial troubles.

Of course, he won’t shoulder the burden as Kazuya got two people from Amidonia who are willing to work with the king. 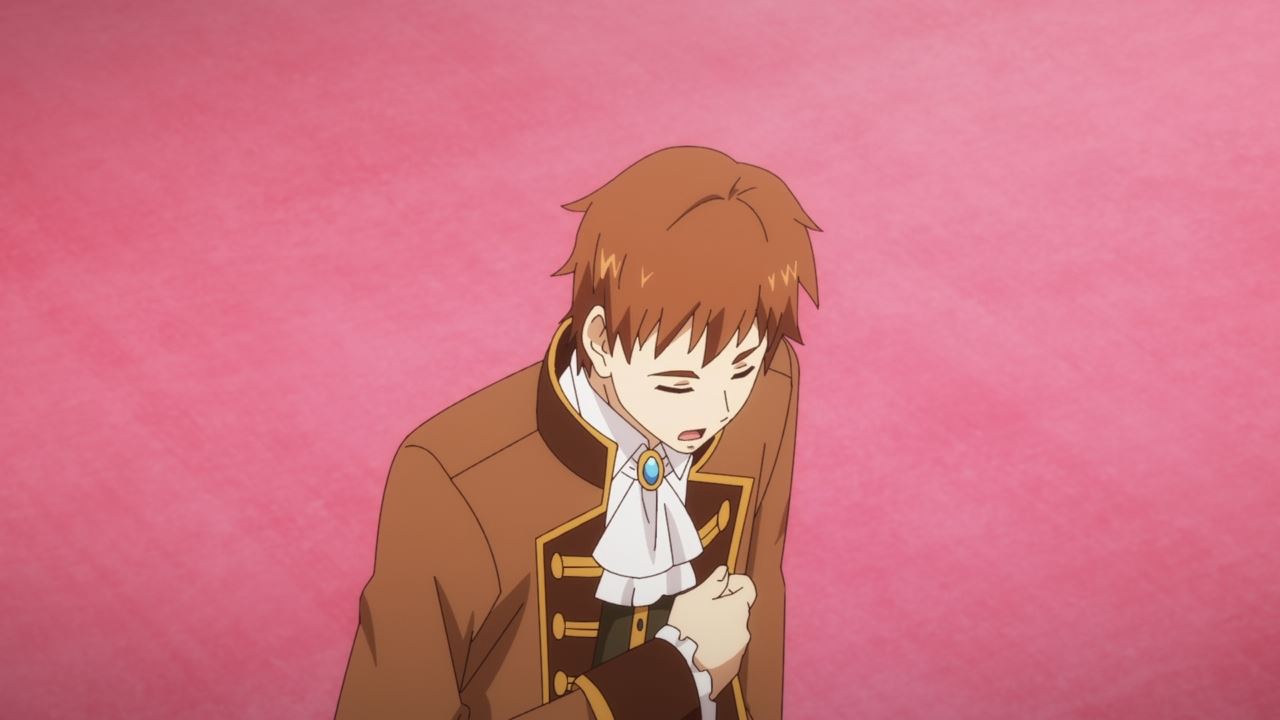 One is Gatsby Colbert where he becomes the finance minister and handle the expenditures committed by the principality, especially when they poured tons of money into strengthening their military.

And seriously, I’m impressed that Gatsby managed to keep Amidonia financially afloat despite Gaius VIII’s attempts in invading other countries. It’s sad that the former prince kicked Gatsby out, but I’m glad that King Souma took him. 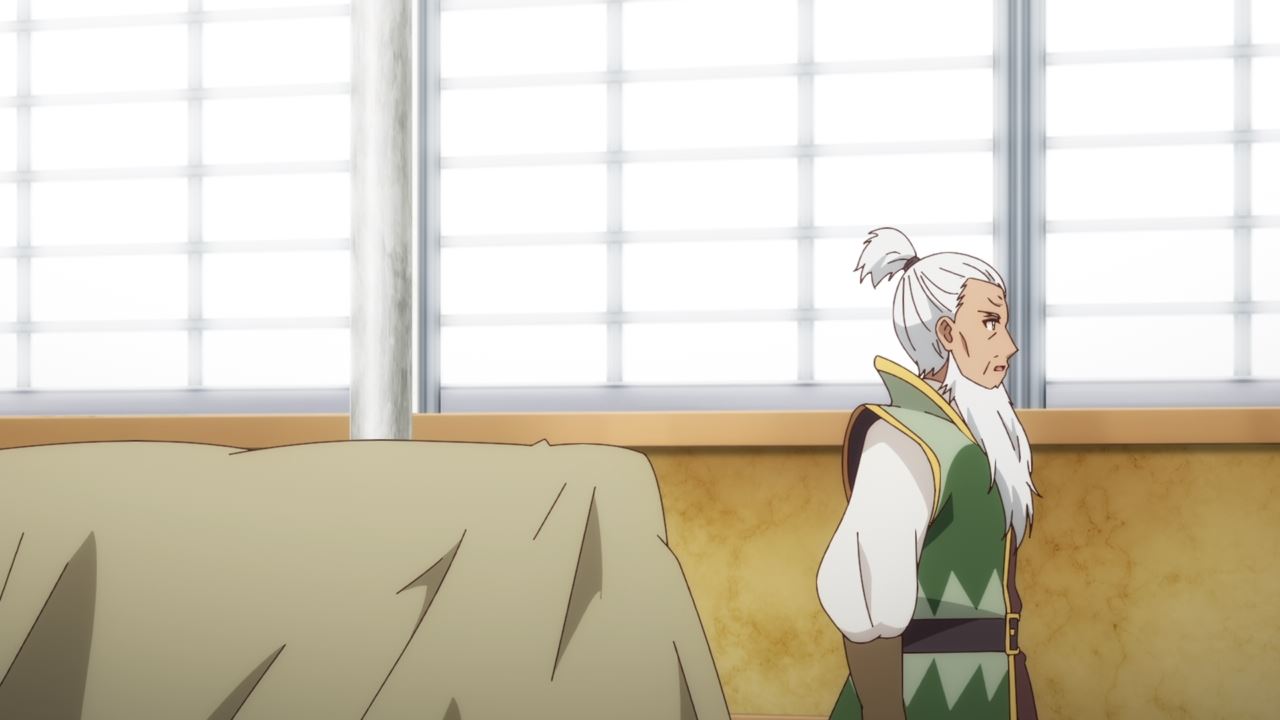 Another one is Hermann Neumann where he and his men defended the Amidonian town of Nelva from Turgis forces. And honestly, his bravery to hold the line is impressive that Hermann will be a great asset to Elfrieden.

But first, Hermann wants to give something to King Kazuya. Oh I bet that it’s a death trap sent by Prince Julius. 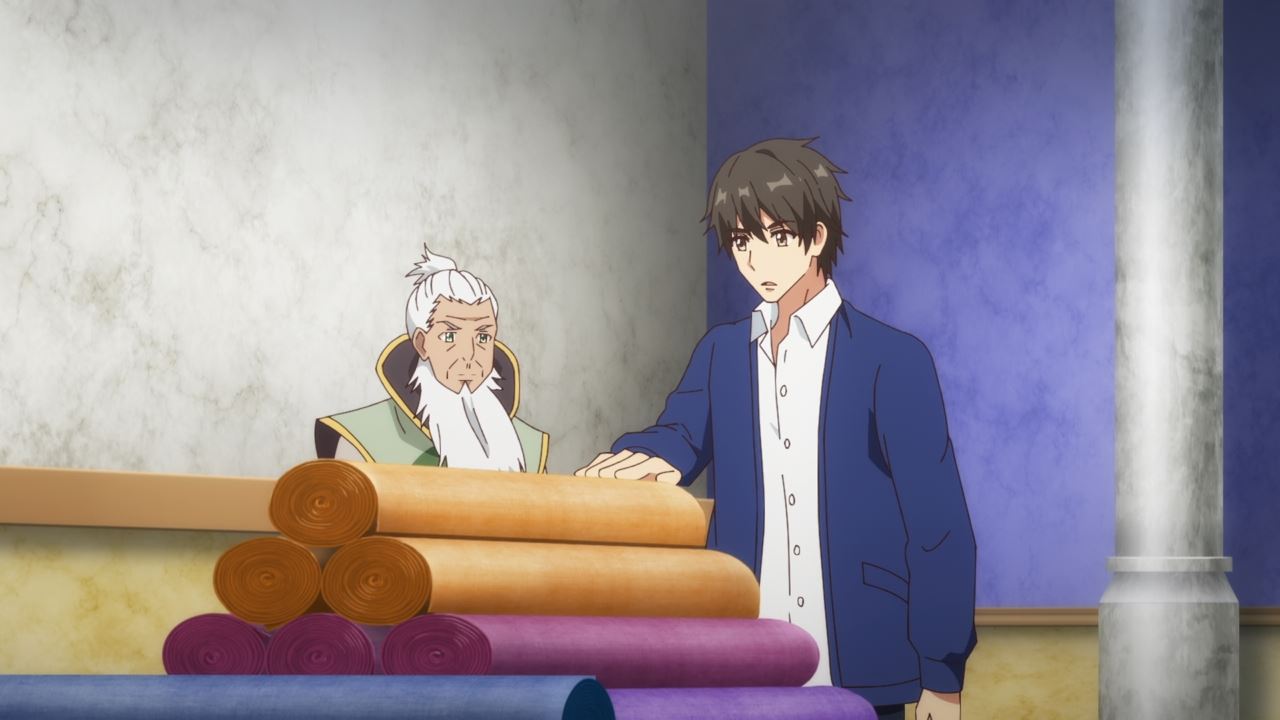 However, turns out that Hermann is giving a dozen rolls of the finest wool rags to the king of Elfrieden. That’s really nice from the general!

Then again, it’s still a death trap as King Kazuya carefully examines the gift. C’mon, it would be bad if someone pop-up from a pile of wool rags and shoot Kazuya in the head. 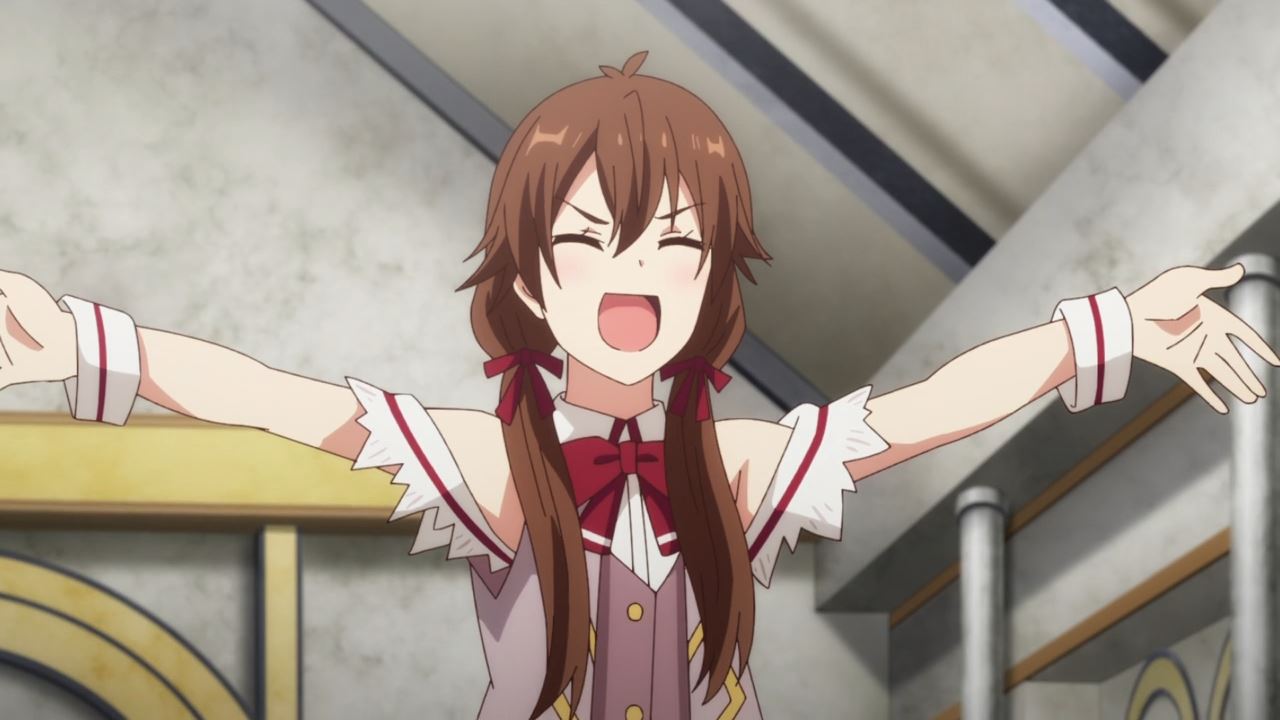 However, turns out that it’s actually Roroa Amidonia hiding underneath those rags, as she wants King Kazuya Souma to marry her. Wow, a marriage proposal straight out of the blue! 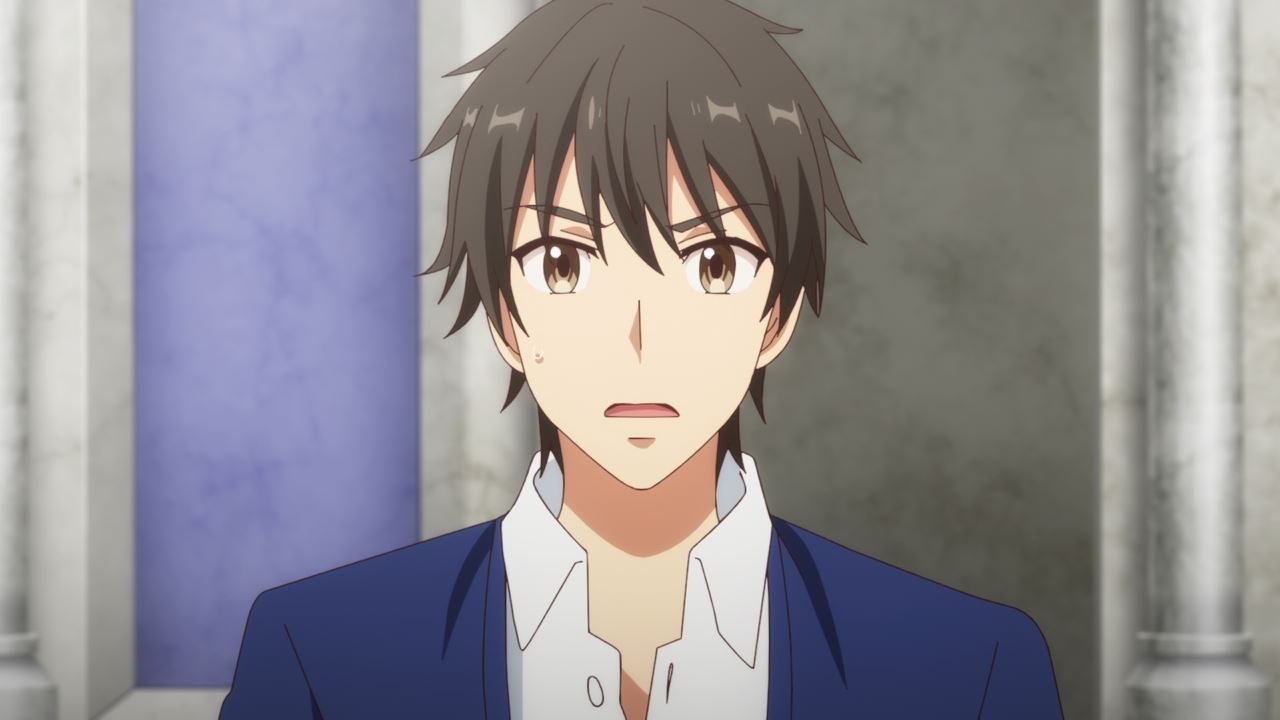 For King Kazuya Souma, hearing Roroa’s proposal sent shivers down to his spine as his harem is growing. Oh by the way, he can’t refuse her proposal ’cause Roroa Amidonia might declare a rebellion against Elfrieden. Seriously Roroa, you took Kazuya right under your thumb with that plan of yours!

Well then, I have to say that there are lots of surprising turn of events for this episode. Now, the thing about Genia Maxwell stealing dragon bones to make a mecha is stupid, but amusing on how she makes something straight out of science fiction.

As for Elfrieden annexing Amidonia, let’s hope that there won’t be any trouble popping up once King Kazuya accepted Roroa’s marriage proposal. C’mon, having another food shortage after Poncho Ishizuka solved that problem would be disastrous.