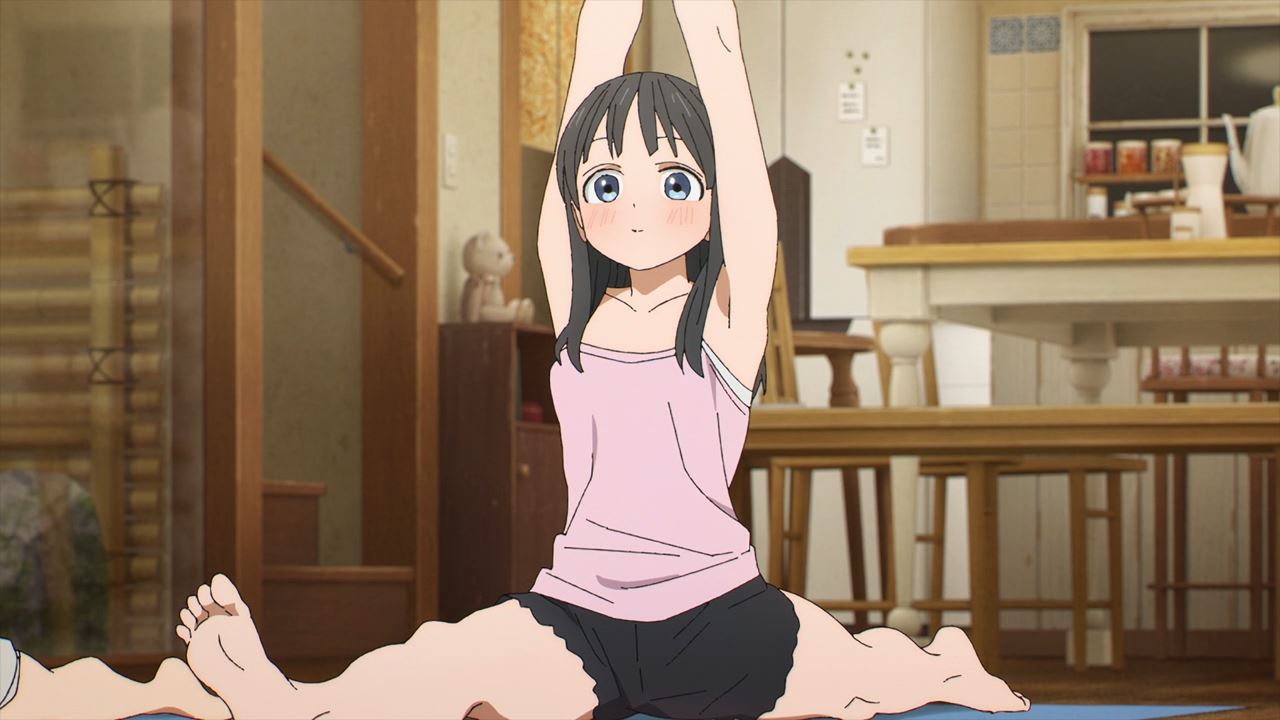 Let’s start with Komichi Akebi doing some yoga poses along with her little sister Kao-chan. I’m still impressed on how flexible she is! 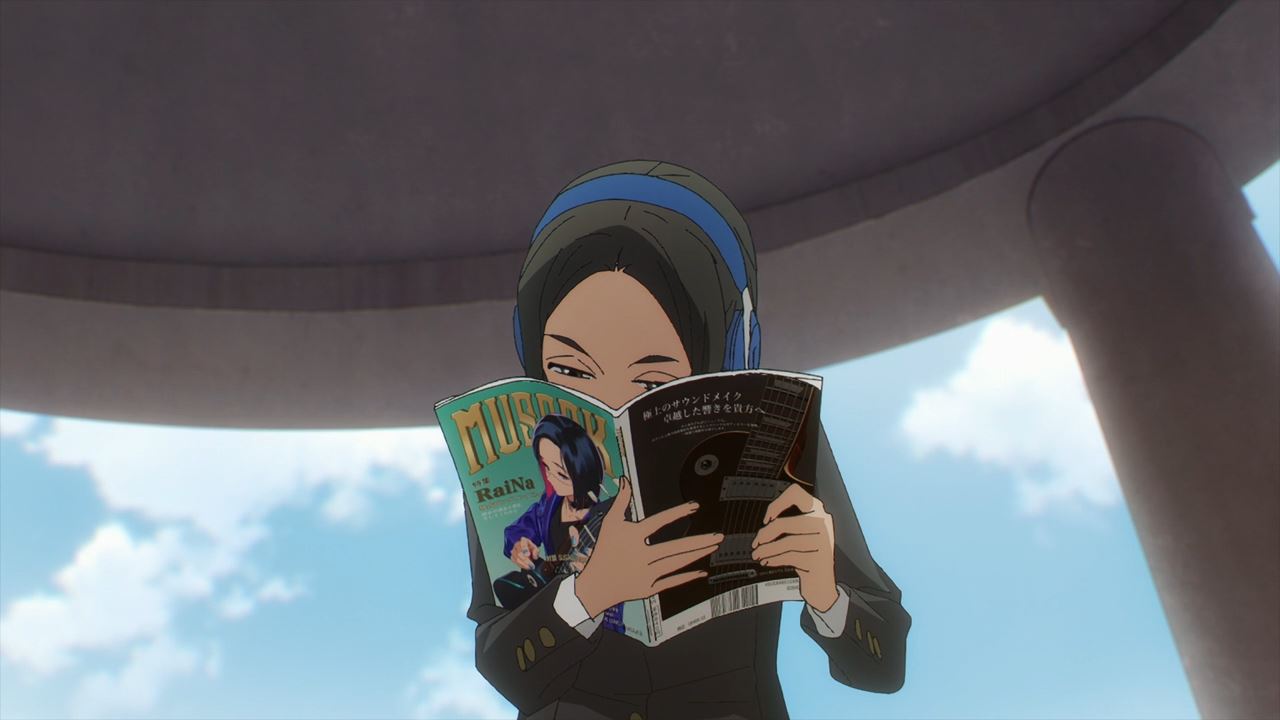 Oh by the way, Hebimori is reading sheet music. Don’t tell me that Oshizu-san plays a guitar or a keyboard? 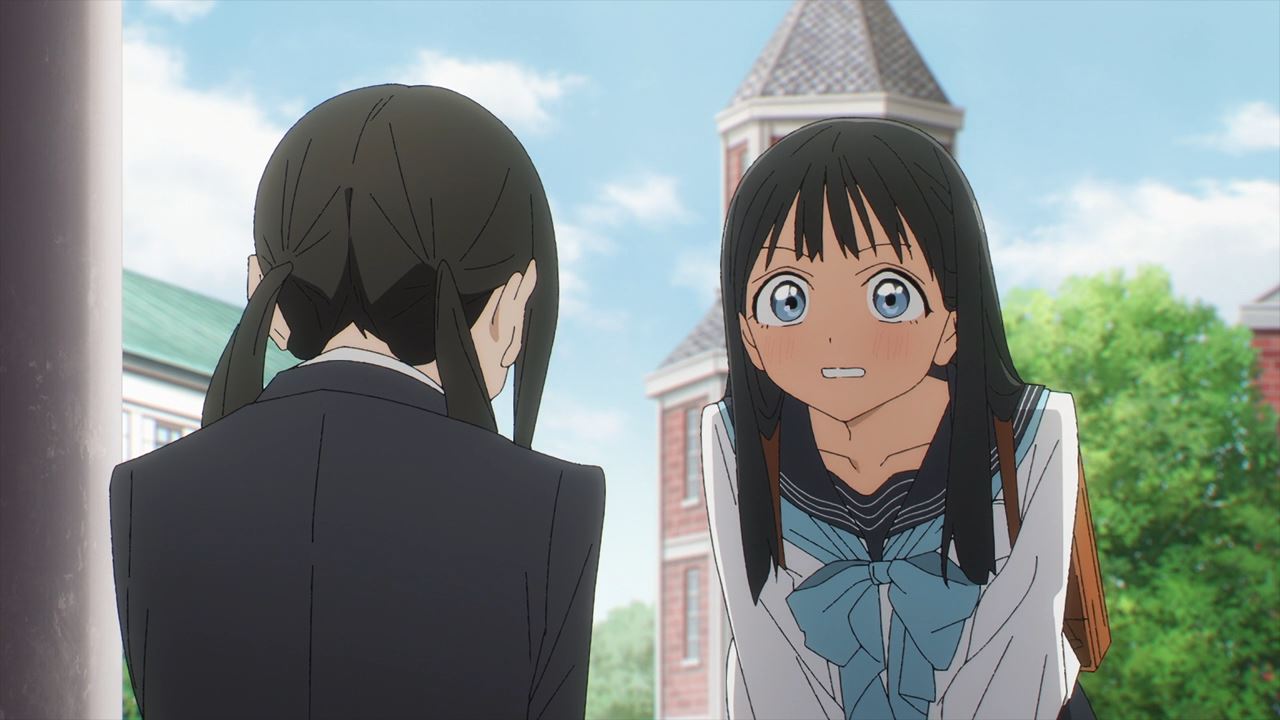 Anyways, Komichi Akebi is really curious that she wants Oshizu Hebimori to play an instrument. Are you sure about that, Akebi-chan? 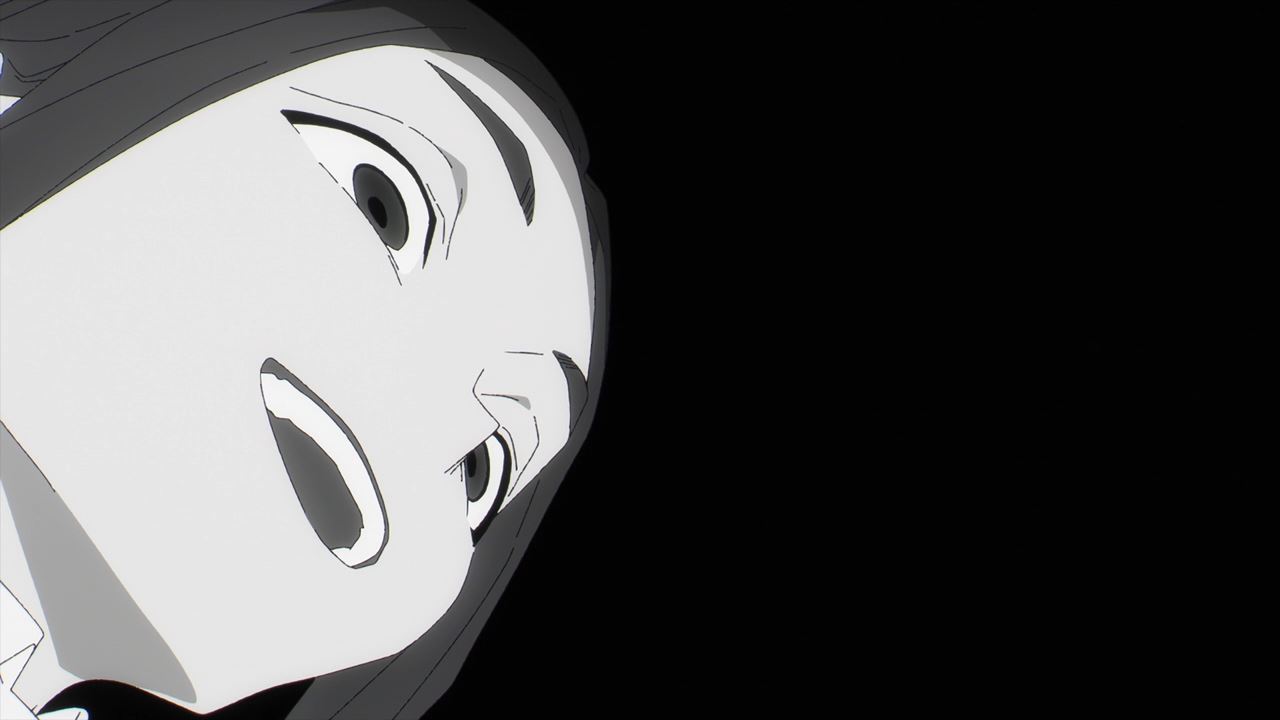 Turns out that she doesn’t play any musical instrument at all as Hebimori only loves hearing rock music. 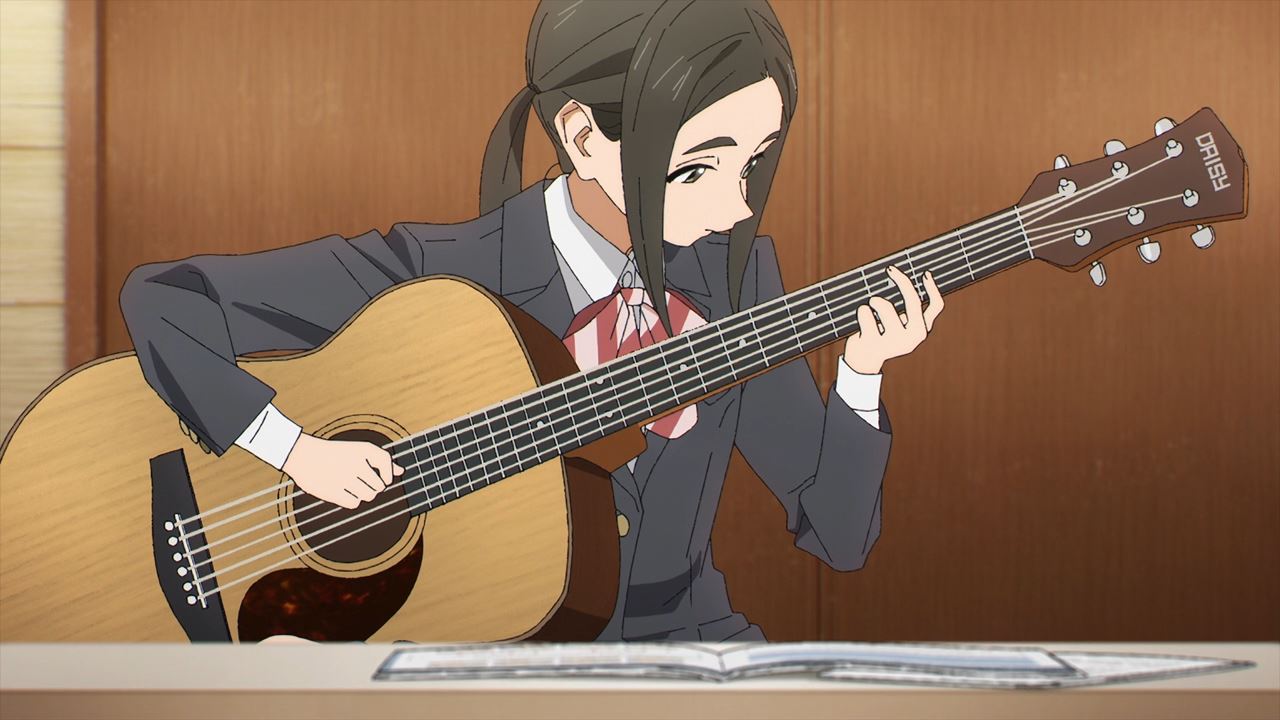 But since she can’t turn down Komichi’s request, looks like Oshizu has no other choice but to learn to play the guitar.

By the way, this is Oshizu’s first time using her guitar as Hebimori brought it to the Mangetsu Dormitory as a display piece. Then again, I’m not sure if it’s still usable since Hebimori haven’t used it at all. 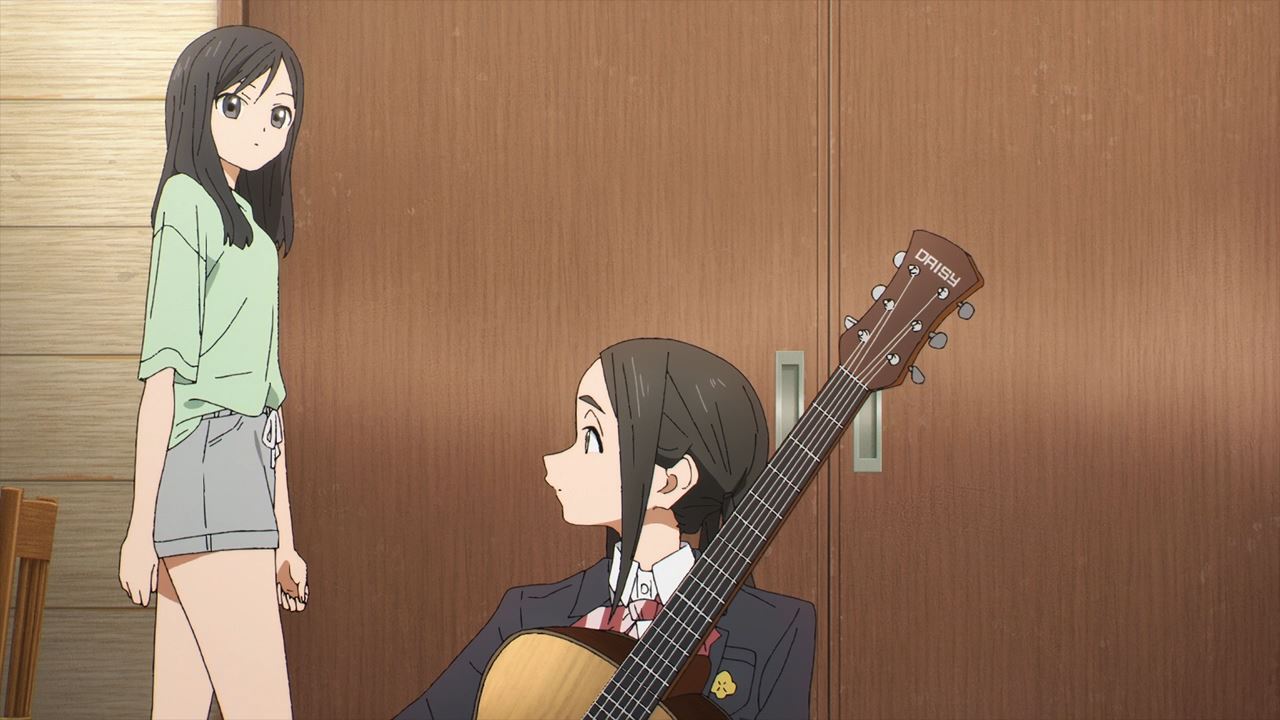 One more thing, I forgot to mention that Oshizu Hebimori has Mai Togano as her roommate where she’s surprised that Hebimori is starting to learn how to play a guitar.

Of course, she really doubt if Hebimori can master it in such a short time. In fact, it takes lots of practice to get the hang of it. 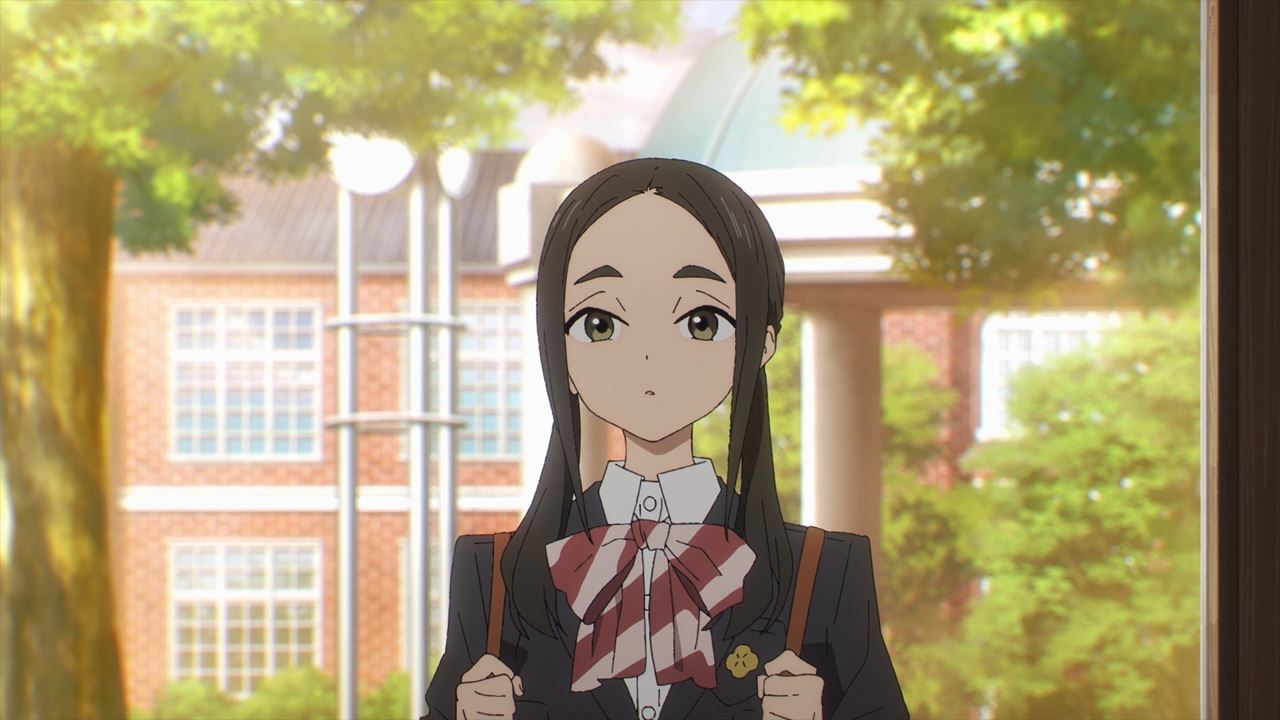 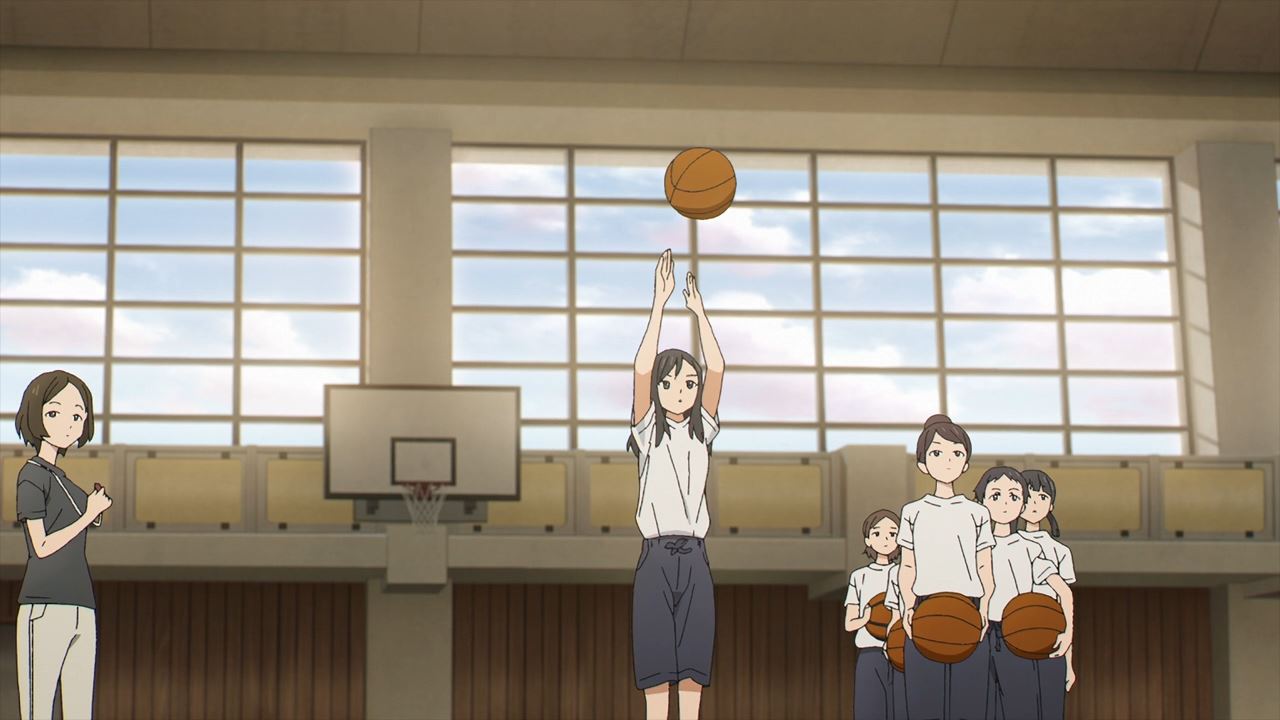 Speaking of Mai Togano, she’s a member of the basketball club where she hones her free throwing skills in order to become a regular. And yes, it takes lots of practice to pull it off. 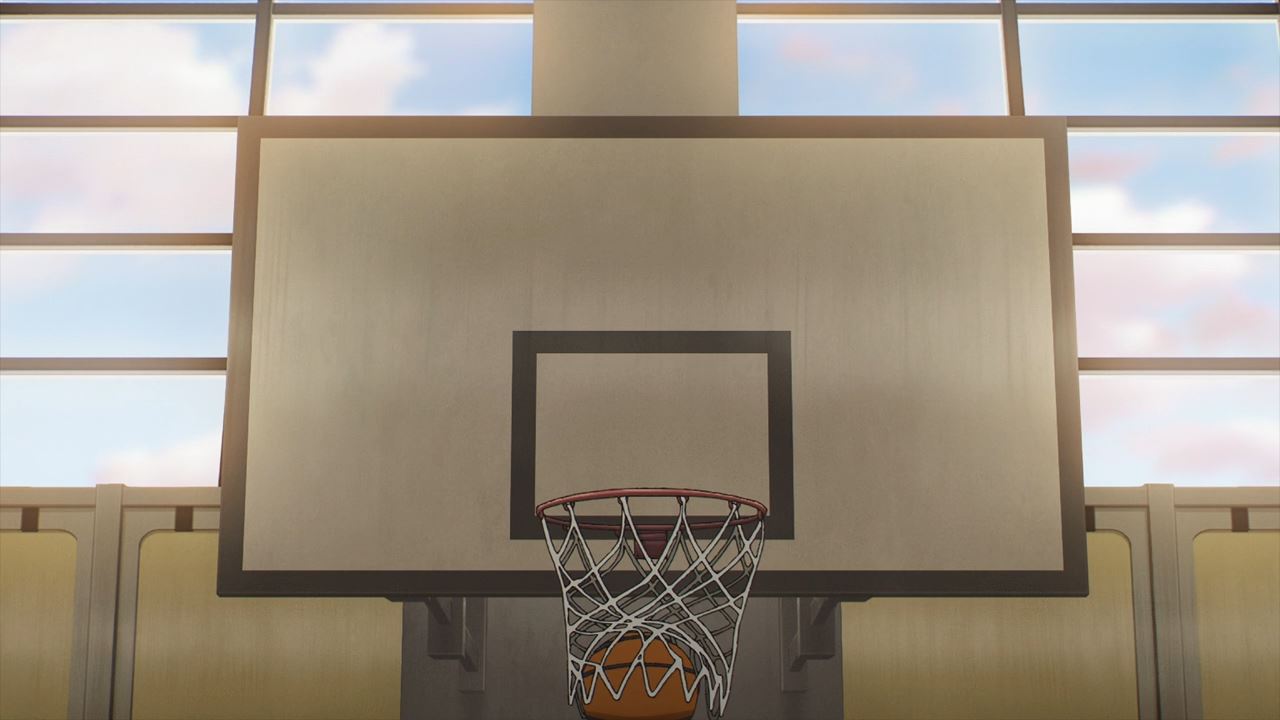 Fortunately, Togano managed to score a free throw. See, it takes a lot of effort to pull that amazing shot. 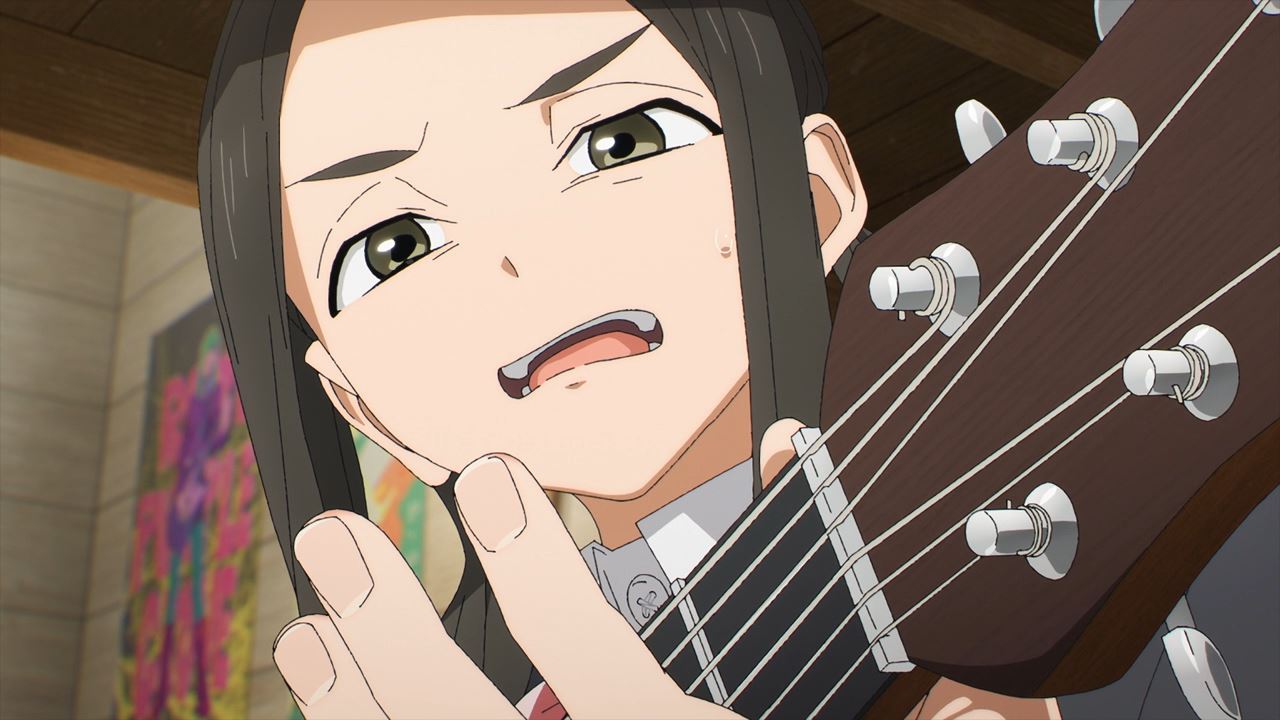 Not to be outdone by her roommate, Oshizu Hebimori went all out on practicing her guitar skills. Not only that, but she brought some brand-new strings for her guitar.

Anyways, let’s hope that Hebimori won’t embarrass herself when playing a guitar to Komichi Akebi. 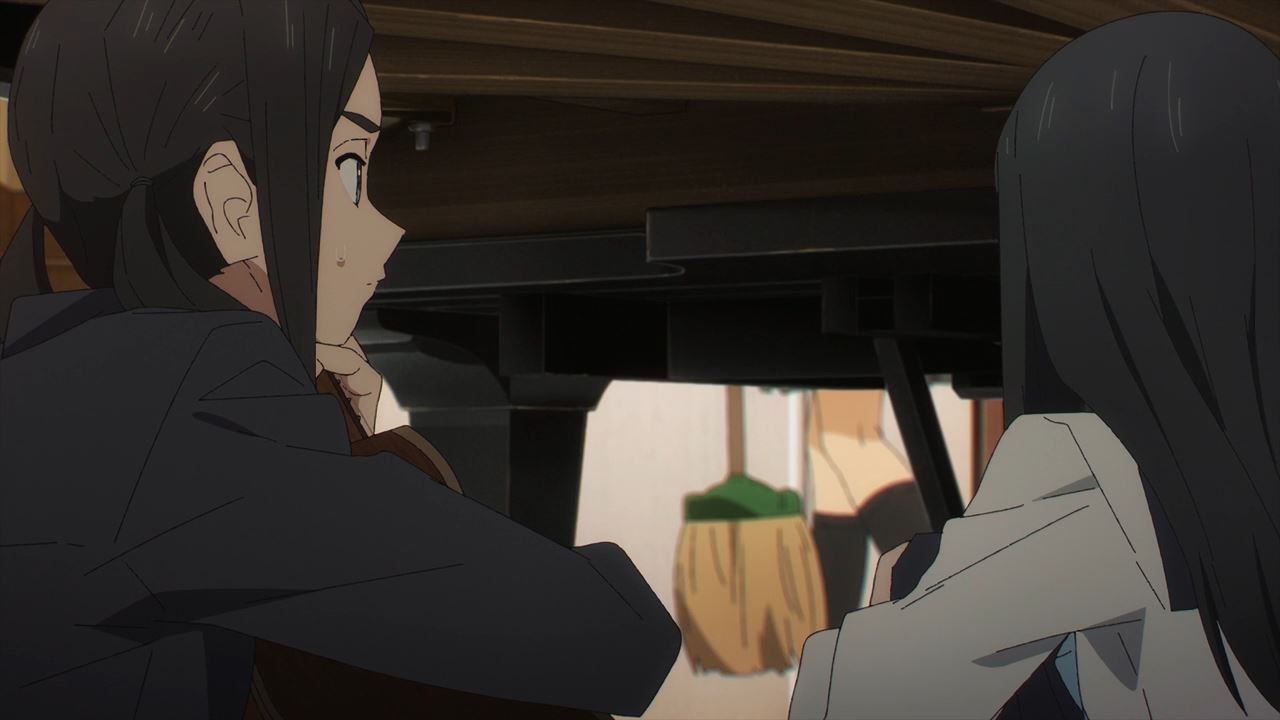 However, it appears that someone interrupted Hebimori’s guitar session as she and Akebi hide under the piano. Okay, who went inside the music room? 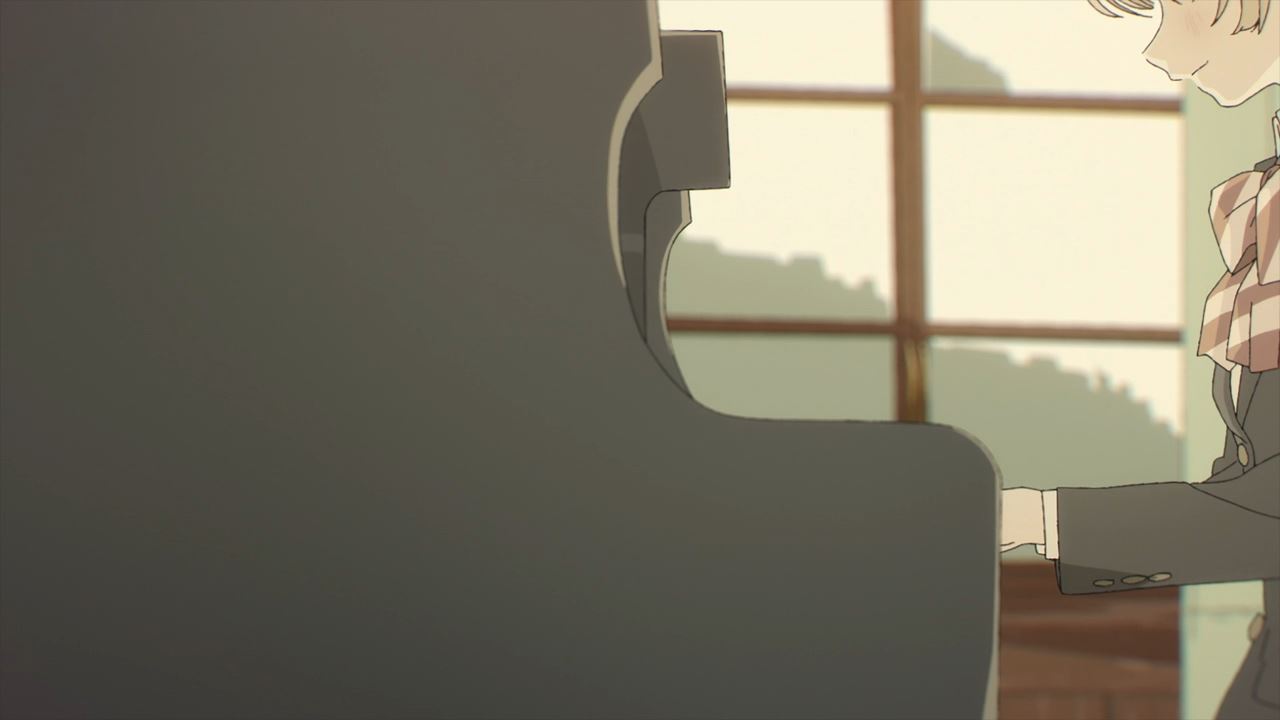 Oh, looks like a certain student got a crack on playing the piano where she plays it gracefully. Wait a minute, that’s Erika Kizaki over there!

Of course, seems that Kizaki’s impromptu piano performance has put a damper on Hebimori’s guitar gig, but Akebi-chan still wants her to perform. C’mon, I don’t want her time practicing the guitar going down the drain. 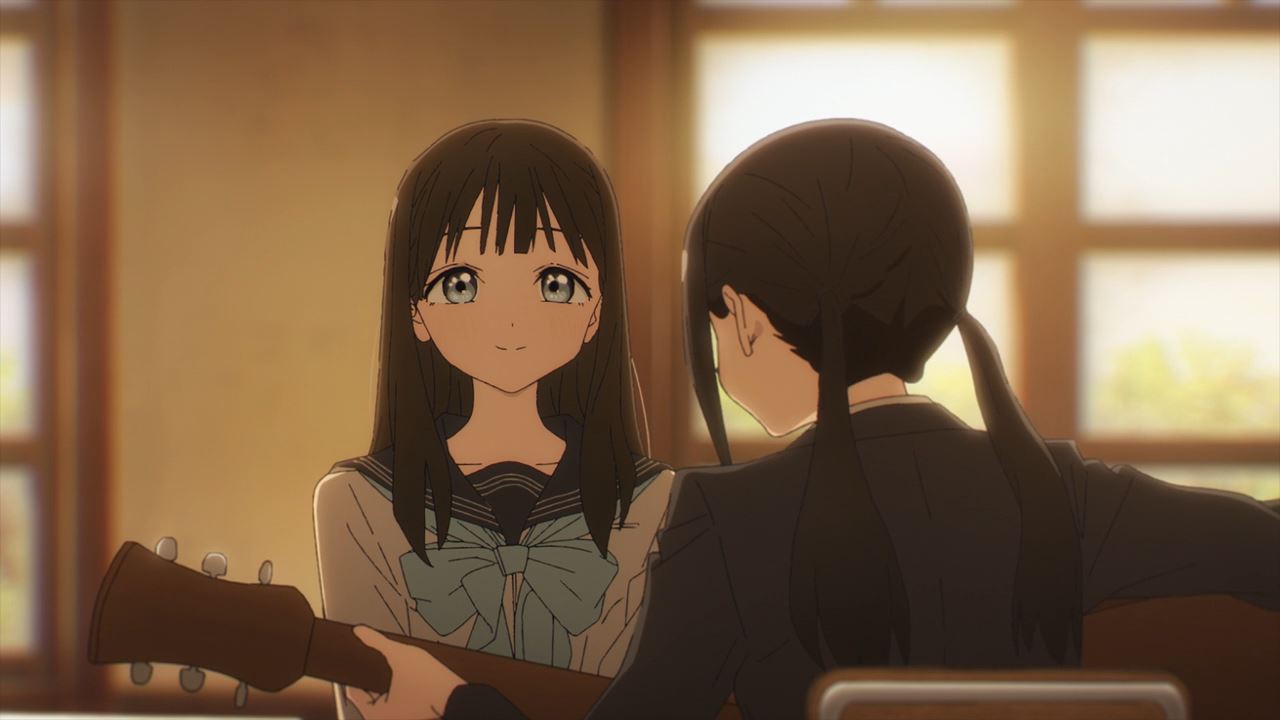 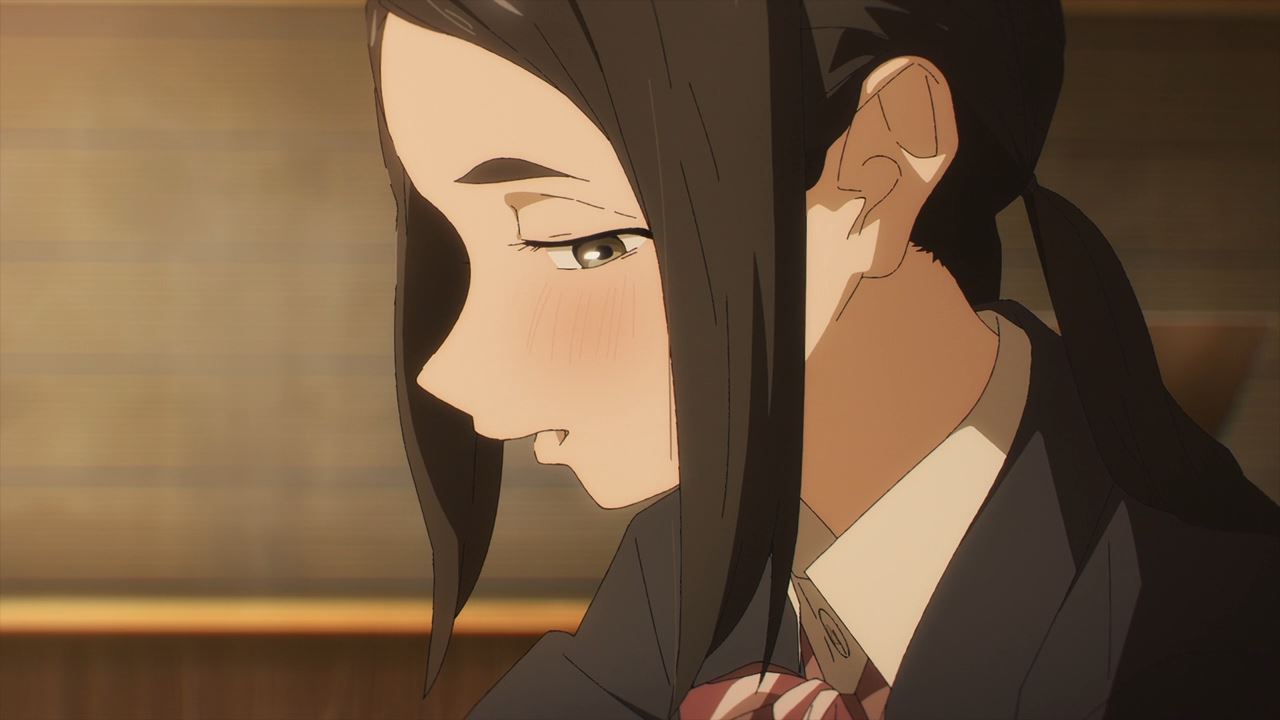 But anyways, here’s Oshizu Hebimori where she performs a song to Komichi Akebi. Sure that she’s rough on the edges, but Hebimori put her time and effort on learning how to play a guitar. 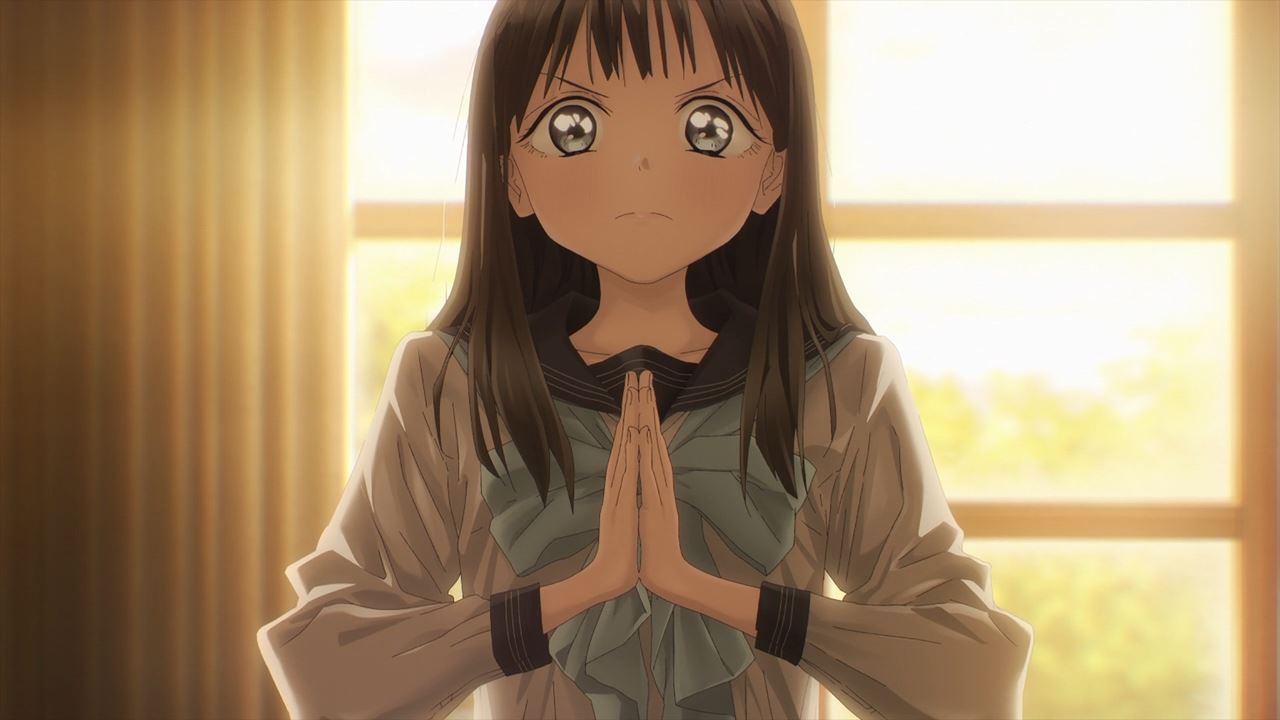 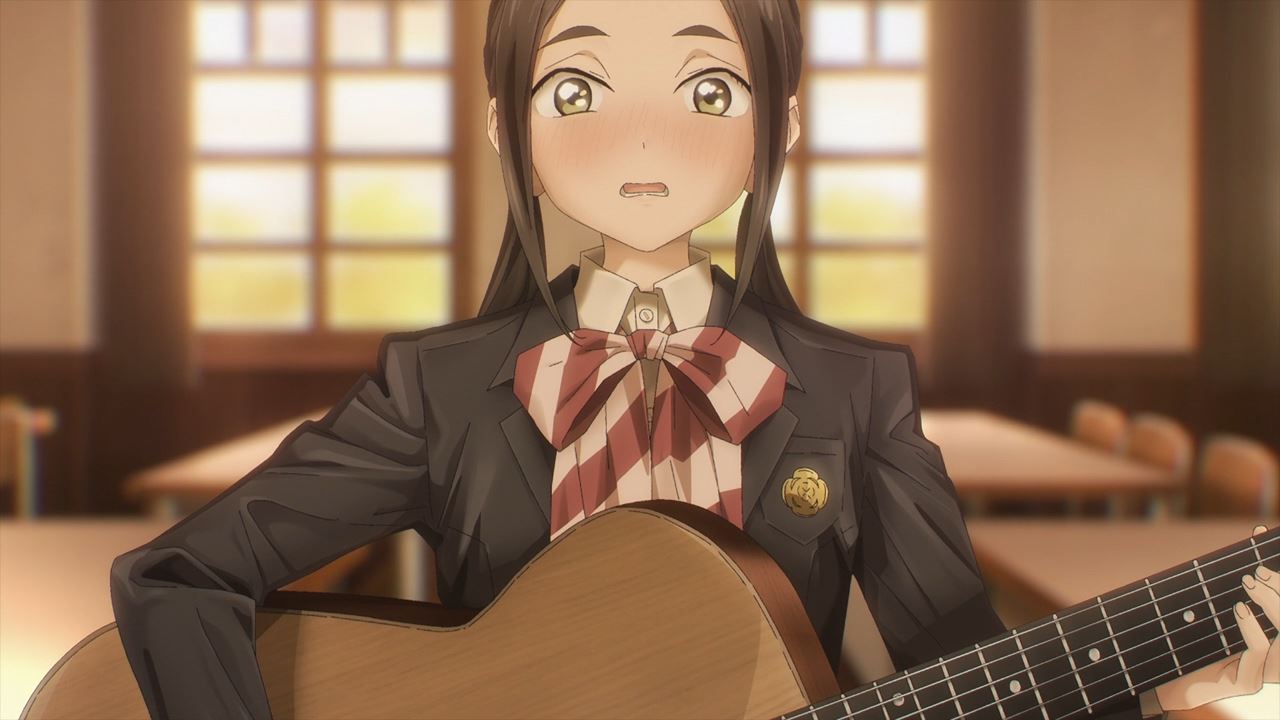 With that said, Akebi-chan is really happy to hear Hebimori’s guitar gig as she really appreciate Oshizu’s efforts. Let’s hope that Hebimori will continue to play the guitar until she get the hang of it.

Anyways, I’ll see you next time where I’m hoping that Komichi will get curious on Erika Kizaki’s piano playing skills.