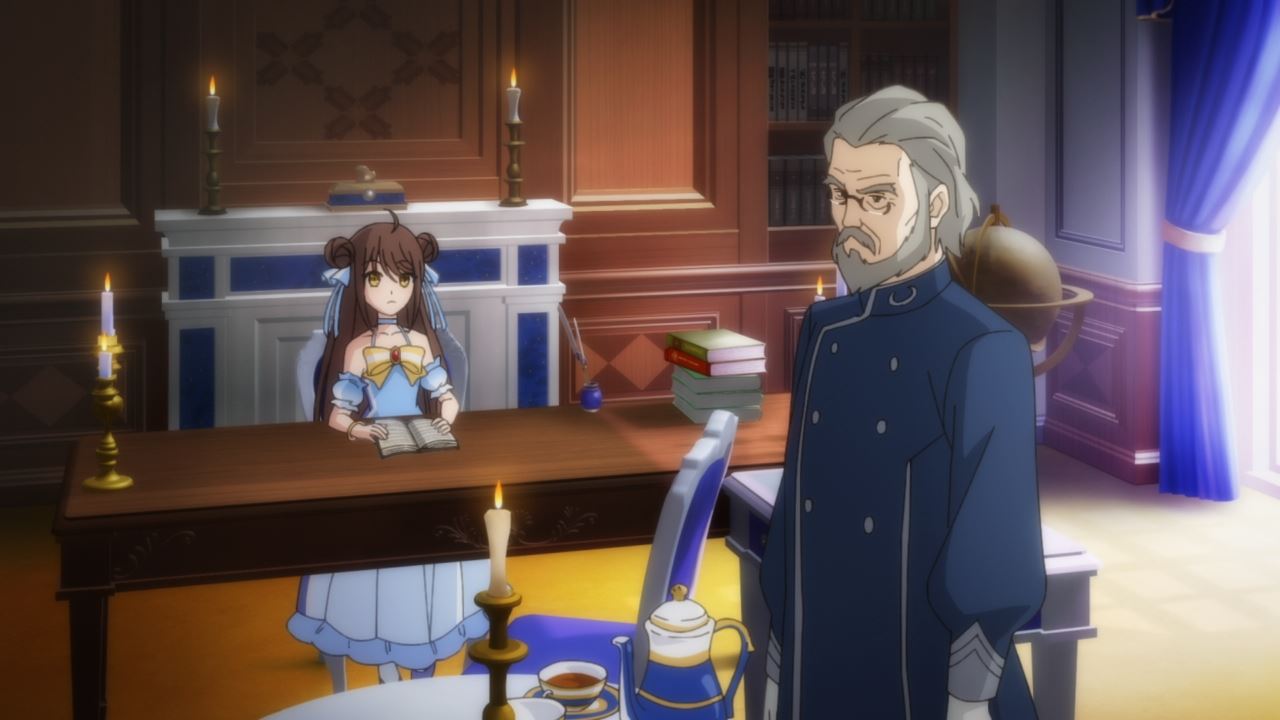 Let’s begin with Natra where Falanya Elk Arbalest and her tutor Claudius are worried about Wein Salema Arbalest, especially when meeting King Ordalasse in Cavarin. 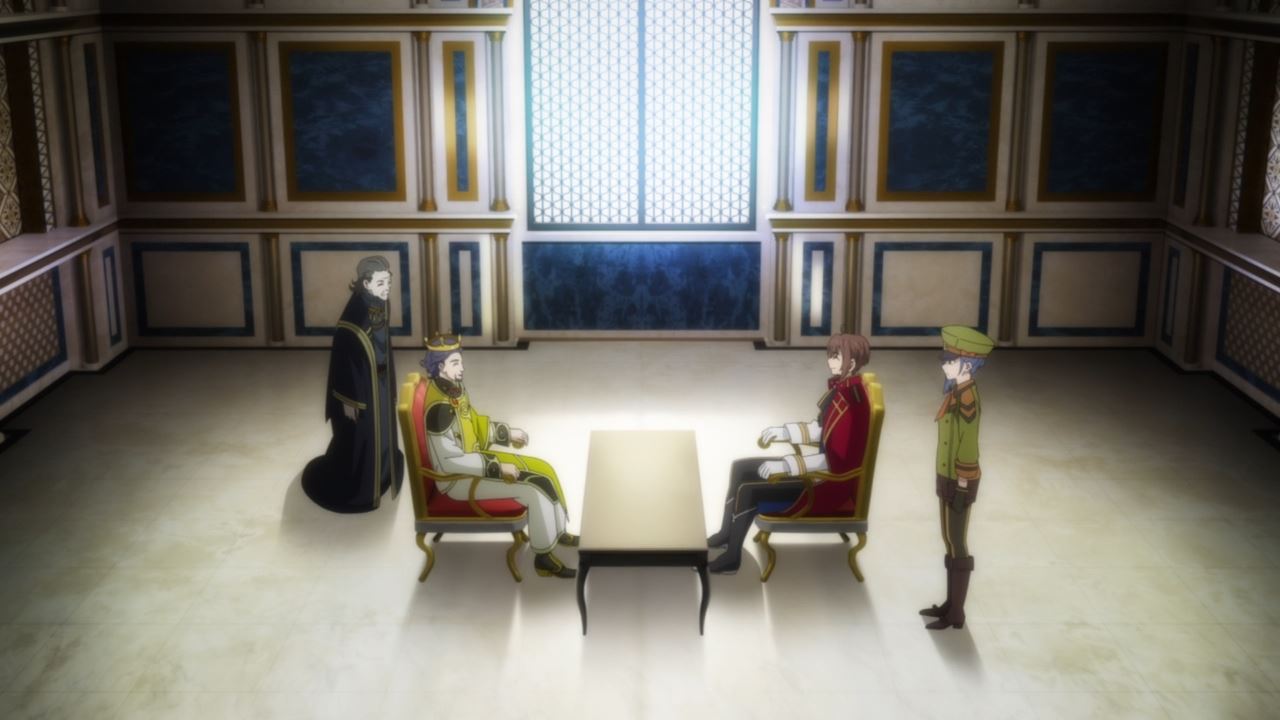 But here’s the prince where Wein is joined with Zeno, as he tries to strike a deal with King Ordalasse even though Natra is being invaded behind his back. Oh, and Holonyeh’s presence doesn’t help either. 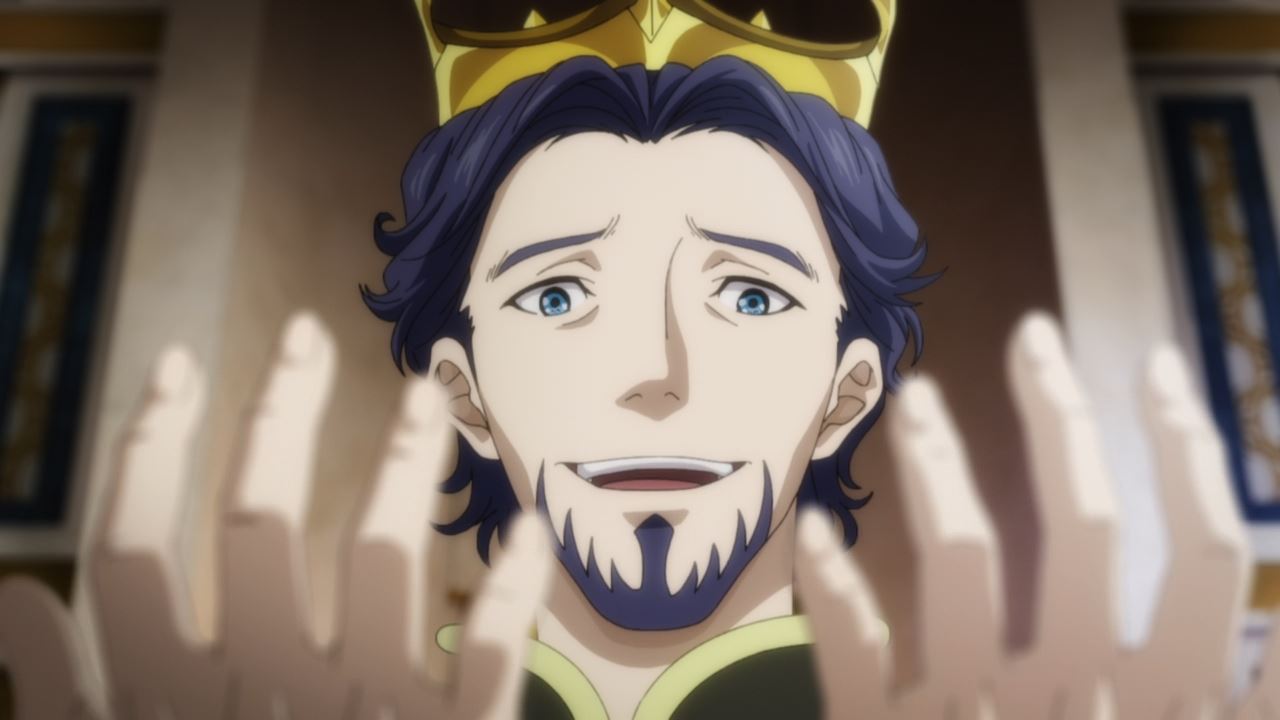 Speaking of King Ordalasse, he’s getting a little twitchy lately where he wants to slaughter some Flahm for sport. In fact, the king wants to capture a bunch of them in Natra.

Okay Mr. King, but let’s see if Prince Wein agrees to your views… 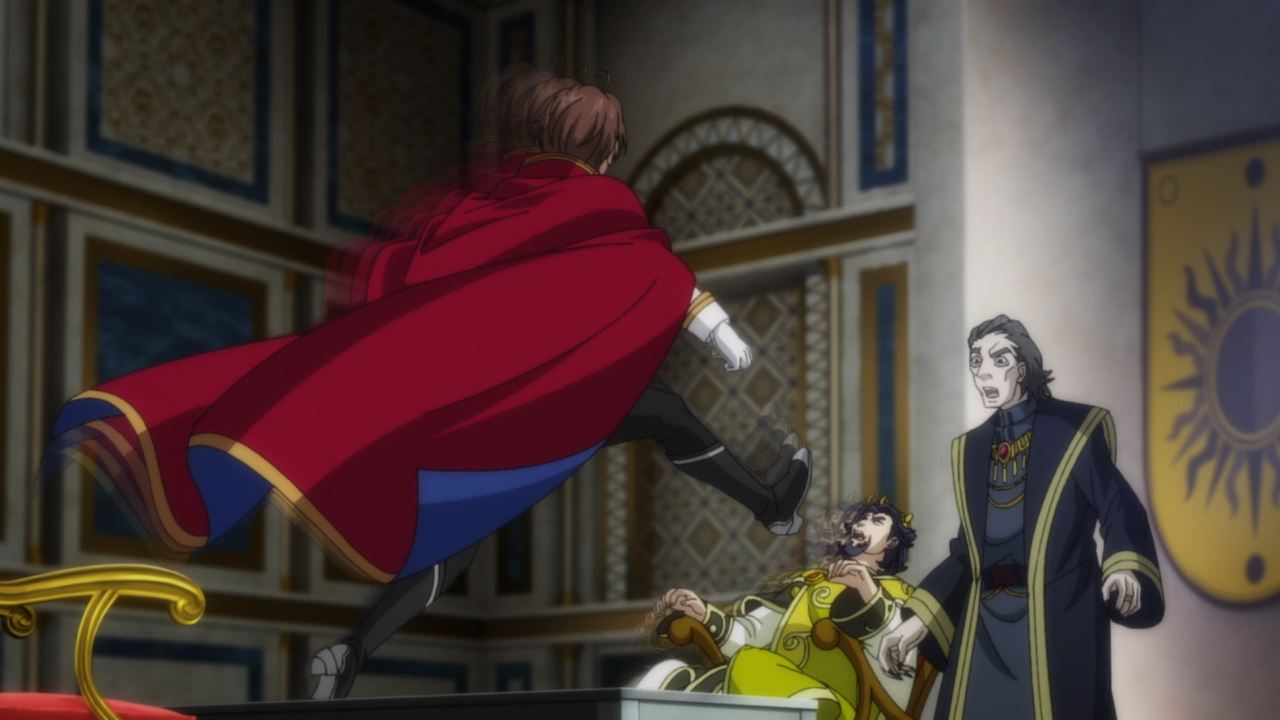 Oh wait, he just kick the king straight to the face. Looks like Prince Wein made a little international incident in Cavarin. 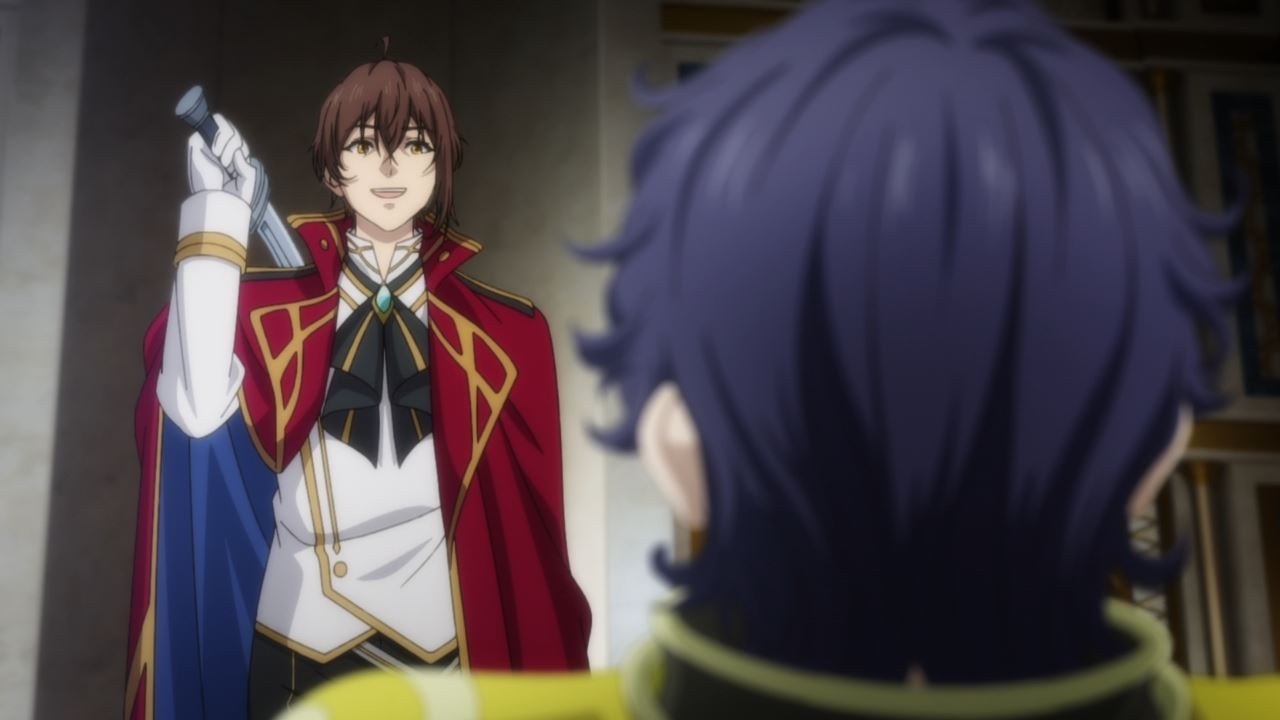 Speaking of Prince Wein, he’s really angry that King Ordalasse treats Flahm as cannon fodder or anything that’s demeaning of them, therefore Wein decides to call off his intent to join the Holy Elites because of how insane the king is. 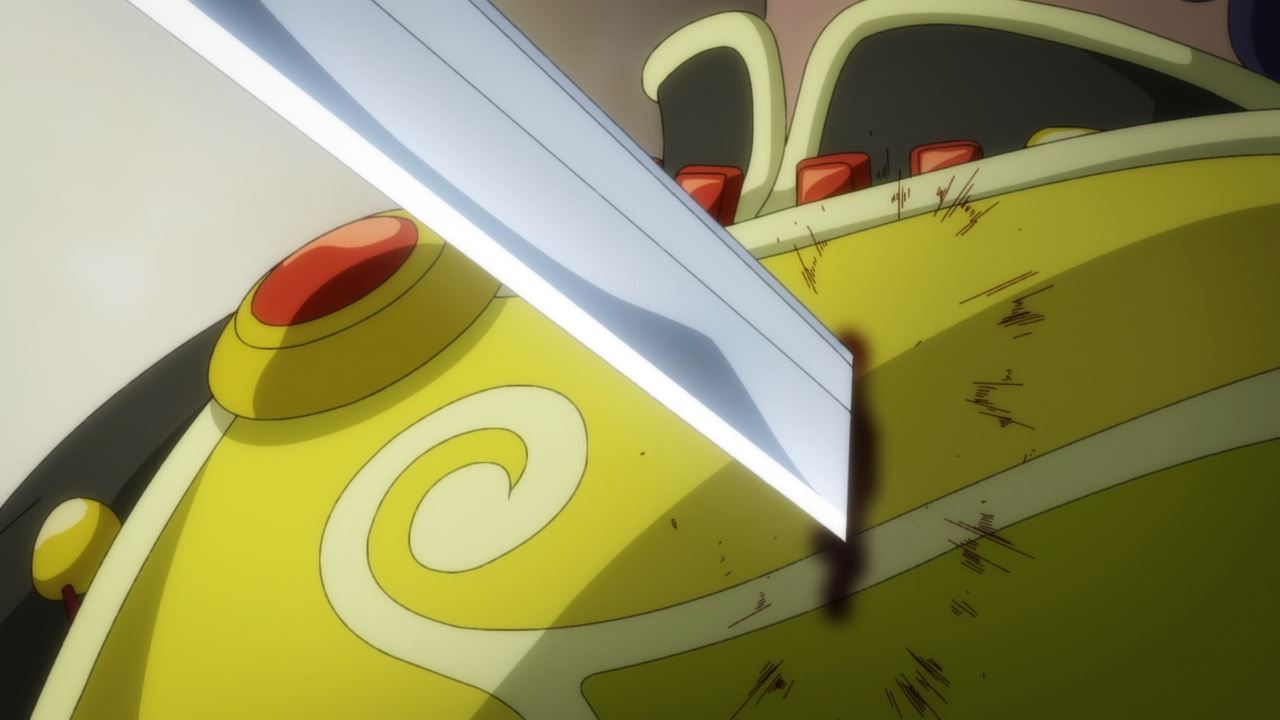 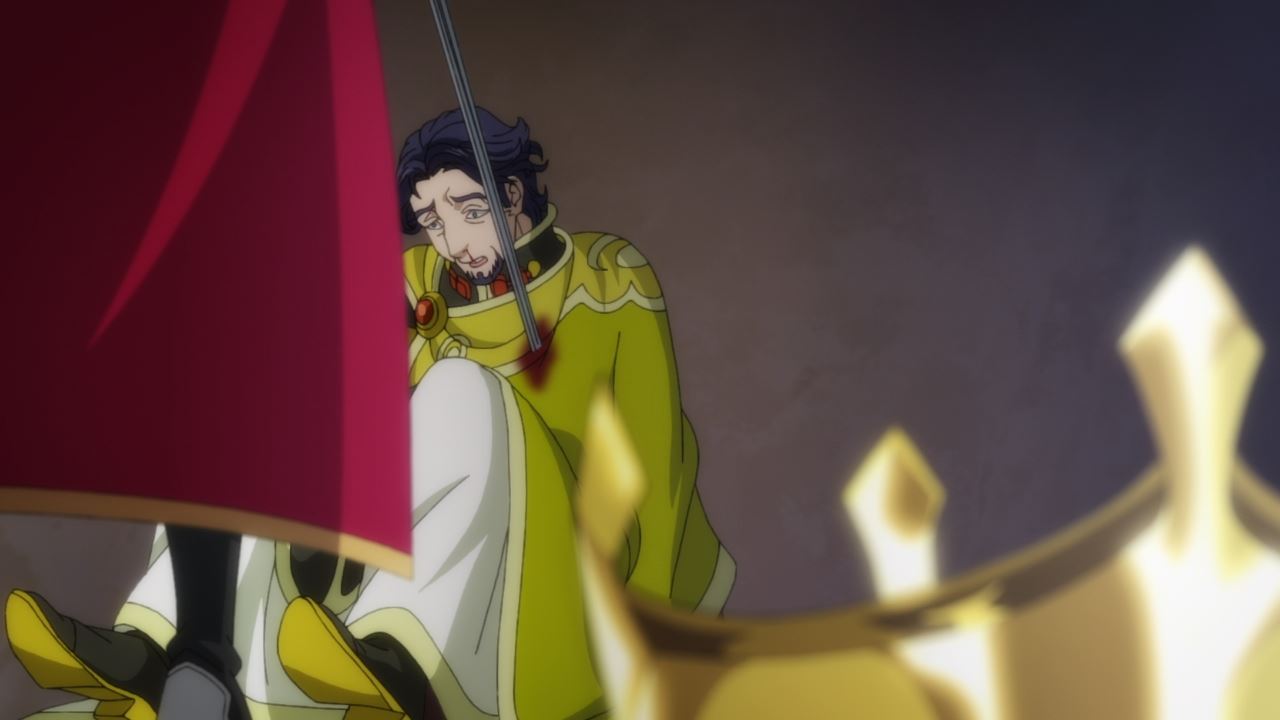 Oh, and King Ordalasse is murdered when the angry prince pierces his heart. Well, that takes care of the mad king, but now it’s time to deal with Holonyeh. 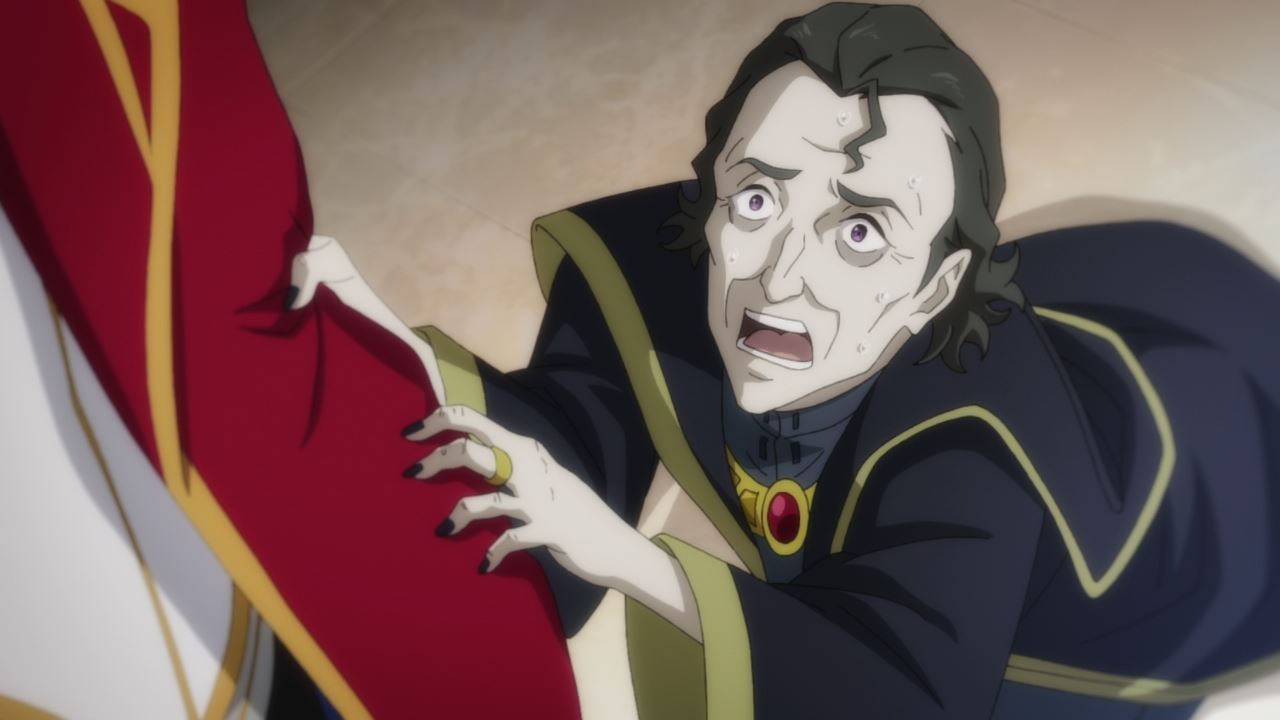 Oh, and here he is as Holonyeh tries to beg for his life, although I bet that he’ll betray Prince Wein much like what he did to King Fyshtarre of Marden. 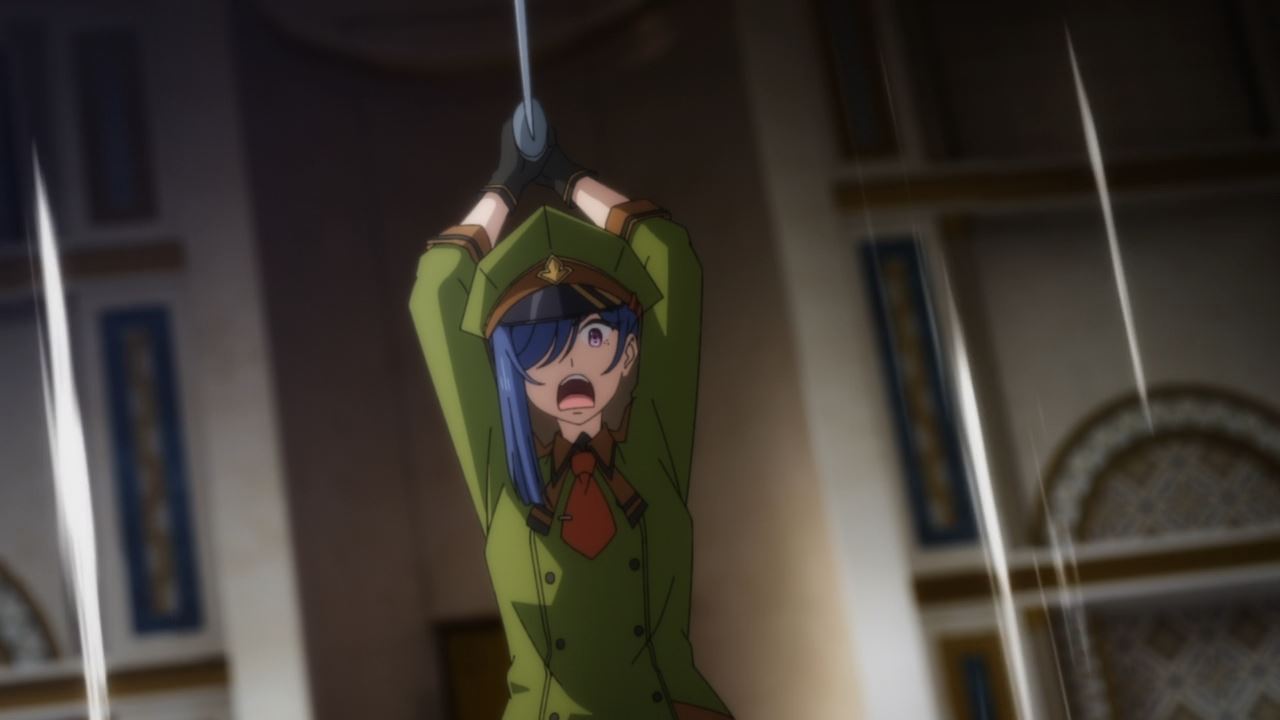 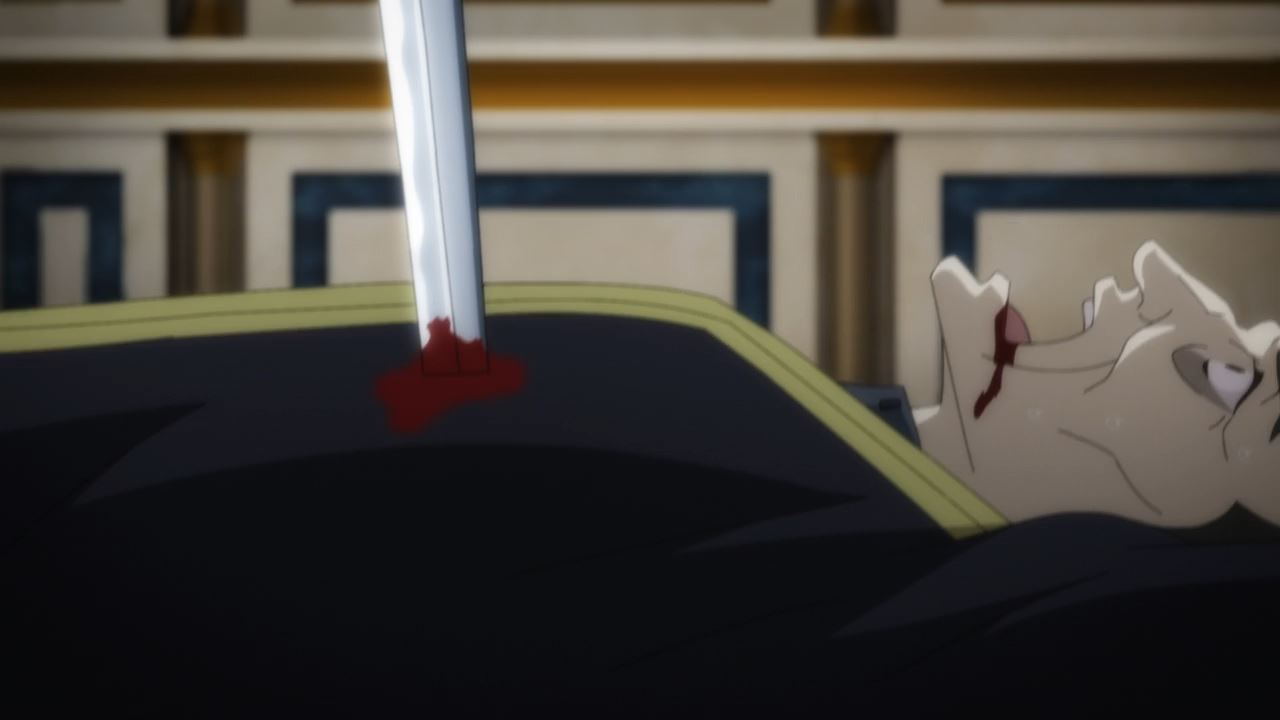 In any case, looks like Holonyeh got unceremoniously killed by Zeno. Serves him right for being a treacherous bastard he is!

Now, the only thing that Prince Wein and his allies do is to run away, but not before doing something cheeky towards General Levert. 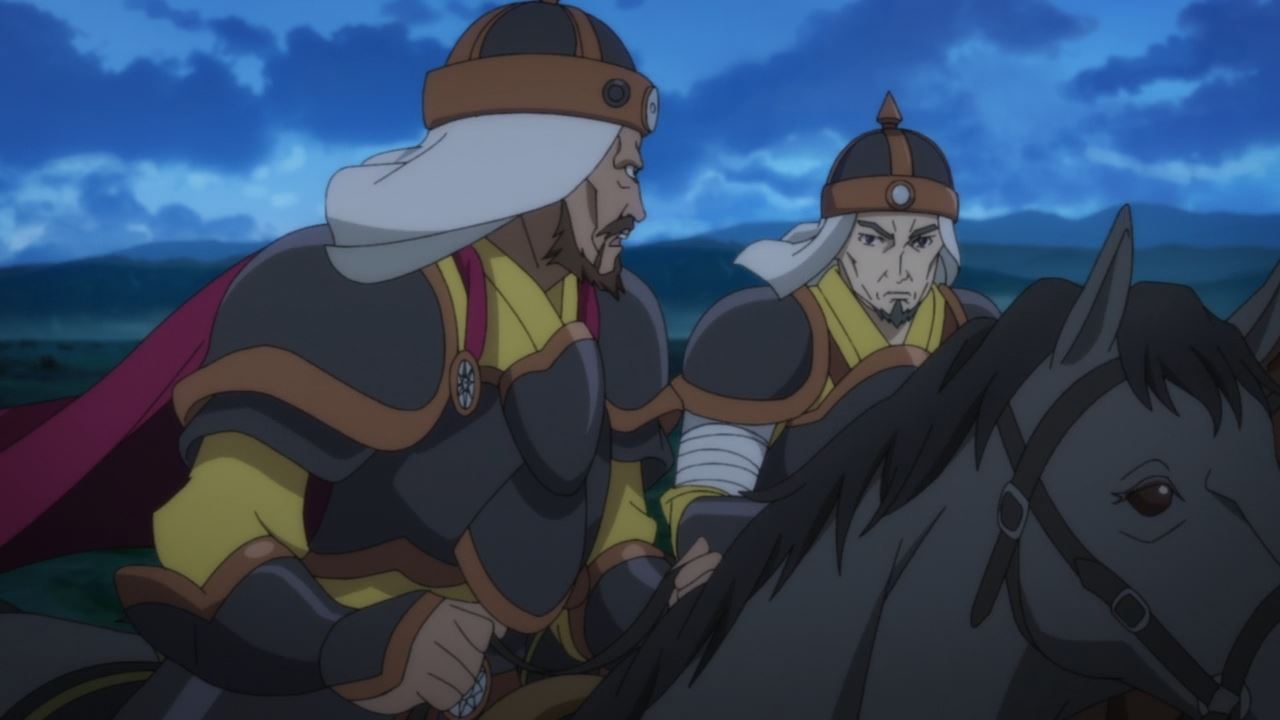 You see, Prince Wein pinned the general for attempting to usurp the throne. Oh and for the evidence regarding his rebellion plot? A certain Levetian director and her aide provided some secret aide ’cause it amuses them.

Of course, General Levert won’t accept the fact that he’s being blamed for usurping the throne, so he and his men decides to take down Prince Wein and his allies. 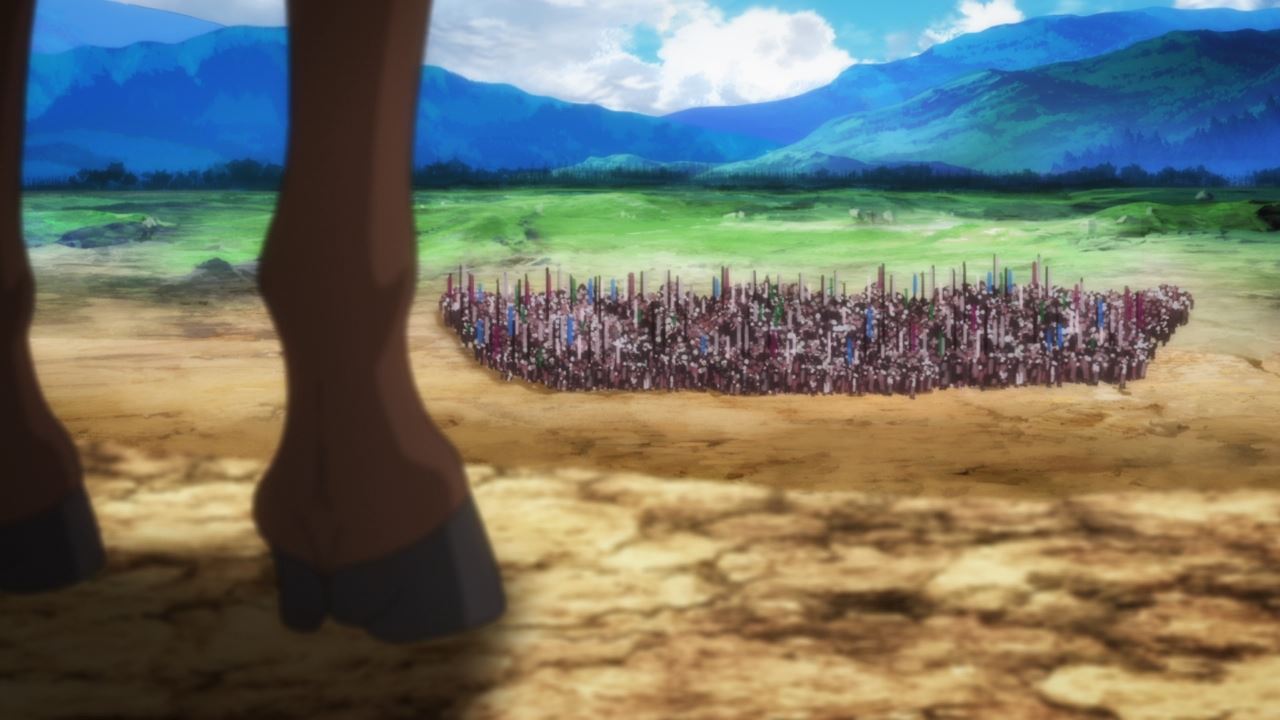 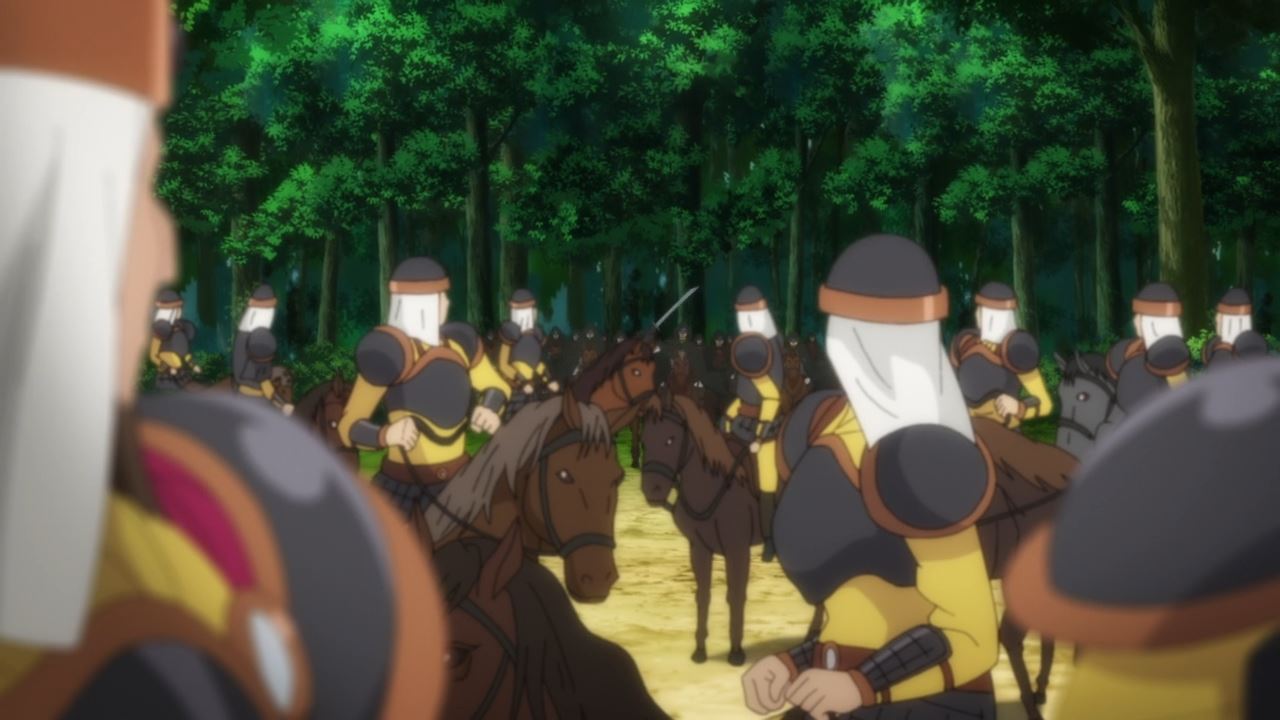 Unfortunately, the Cavarin cavalry got caught between the renegades who took the Jilaat Gold Mine, and the Marden Liberation Front.

Speaking of the renegades, they thought that they’ll encounter Wein Salema Arbalest but what happened to the prince anyway? 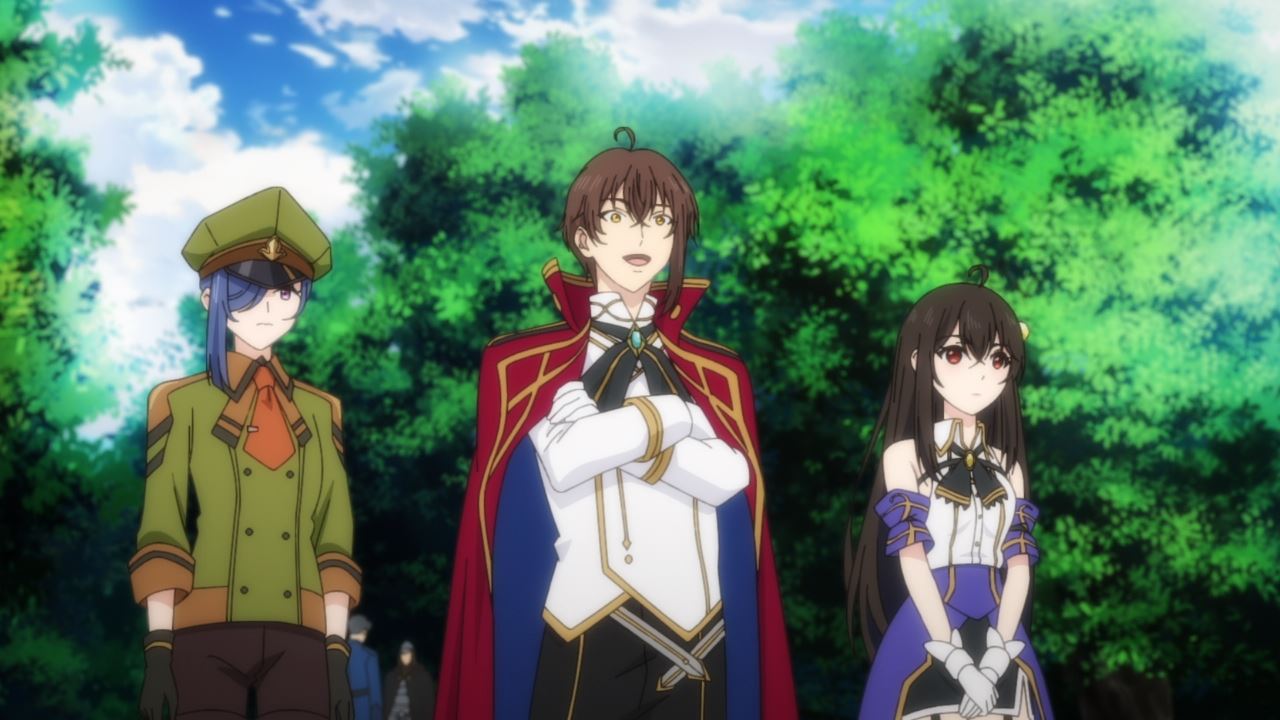 Oh, here he is as Prince Wein and his allies are just standing there on the cliff. And here’s the thing as Wein created a fake trail for the Cavarin cavalry, all while hiding at the mountain pass.

Now while it’s a genius move from Prince Wein, he has another ace up his sleeve… 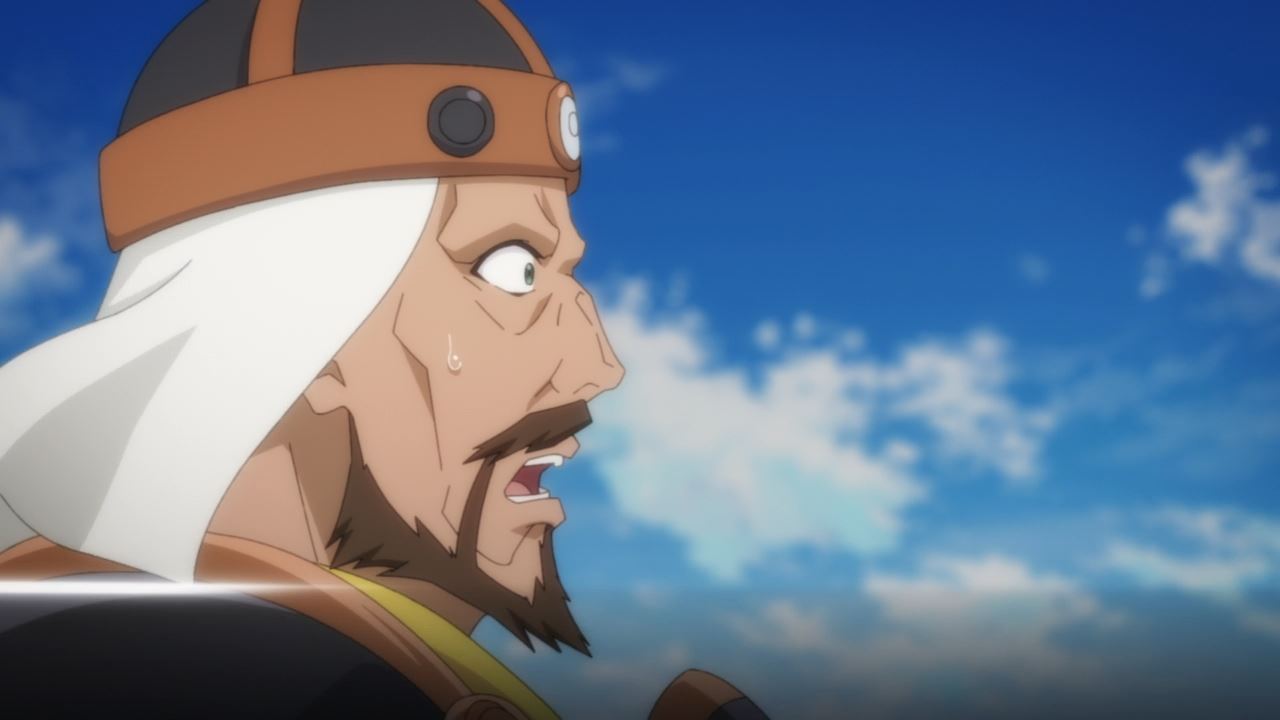 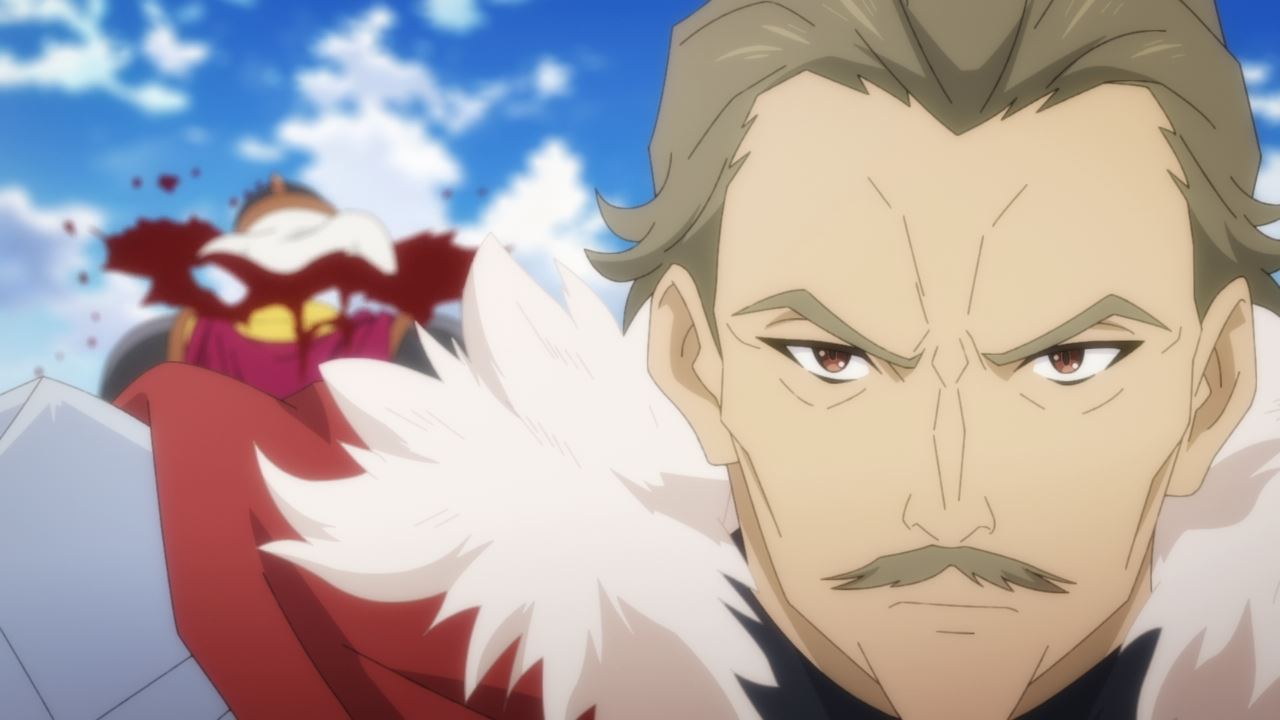 Turns out, he brought General Hagal out of retirement as he cut Levert’s head. Man, I thought that he’ll stay at the farmlands forever.

Well then, looks like Prince Wein and his allies can finally get out of Cavarin safely. Seriously though, King Ordalasse and his Holy Elites are pretty much assholes, although the latter might get out of the kingdom scot-free. 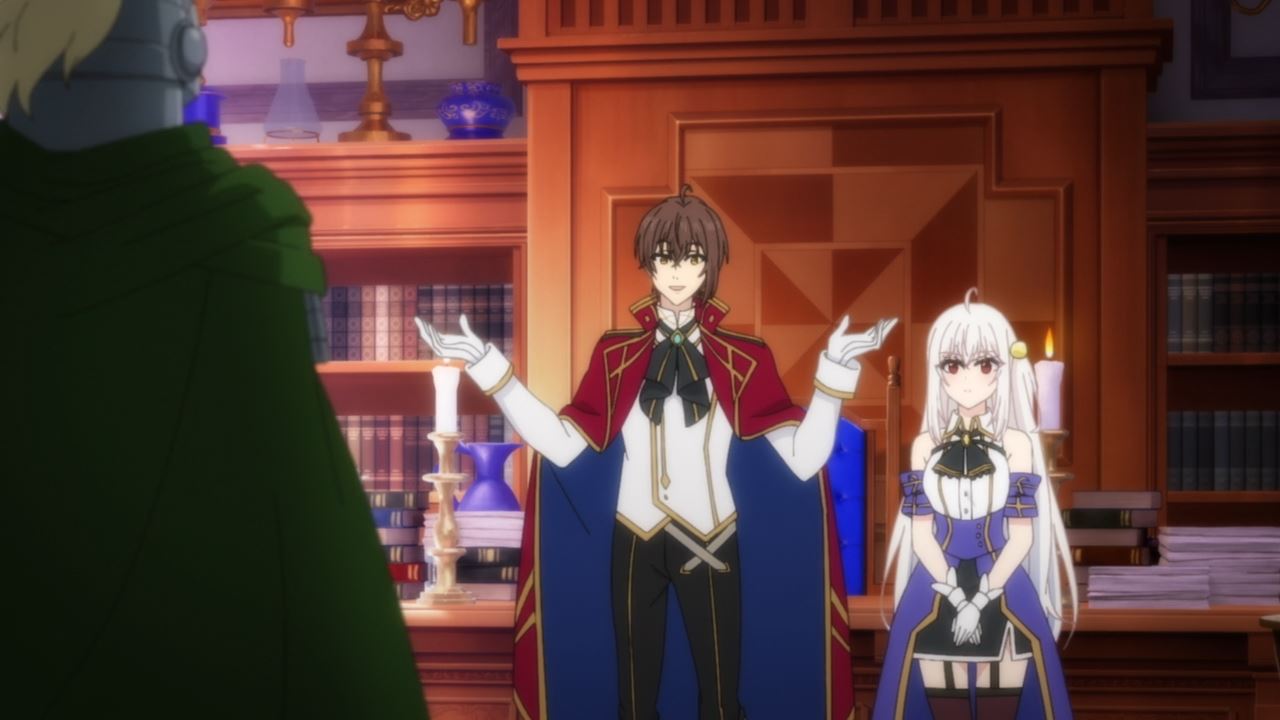 A few days later, Prince Wein Salema Arbalest and Ninym Ralei will meet Prince Helmut from Marden. Man, it’s surprising that they became friends after Marden tries to invade Natra thanks to the previous king.

Anyways, let’s see who this Prince Helmut is as he removes his helmet. C’mon, his name is basically “helmet” after all. 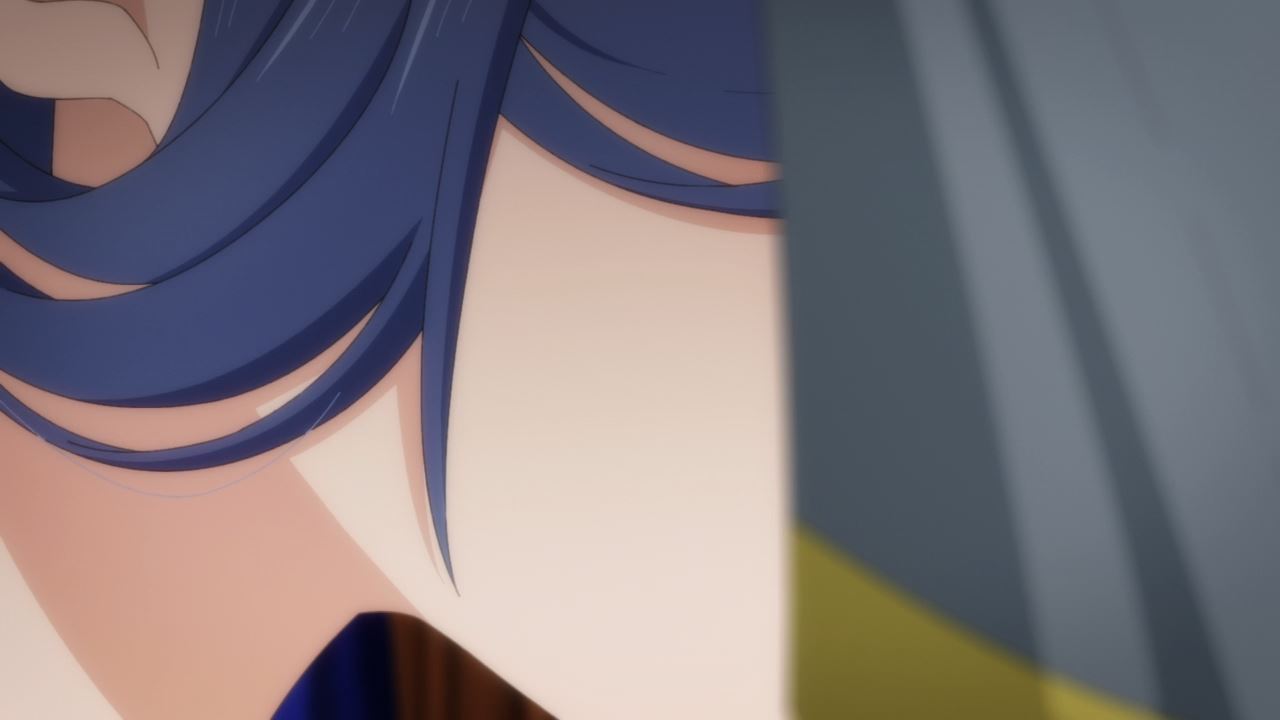 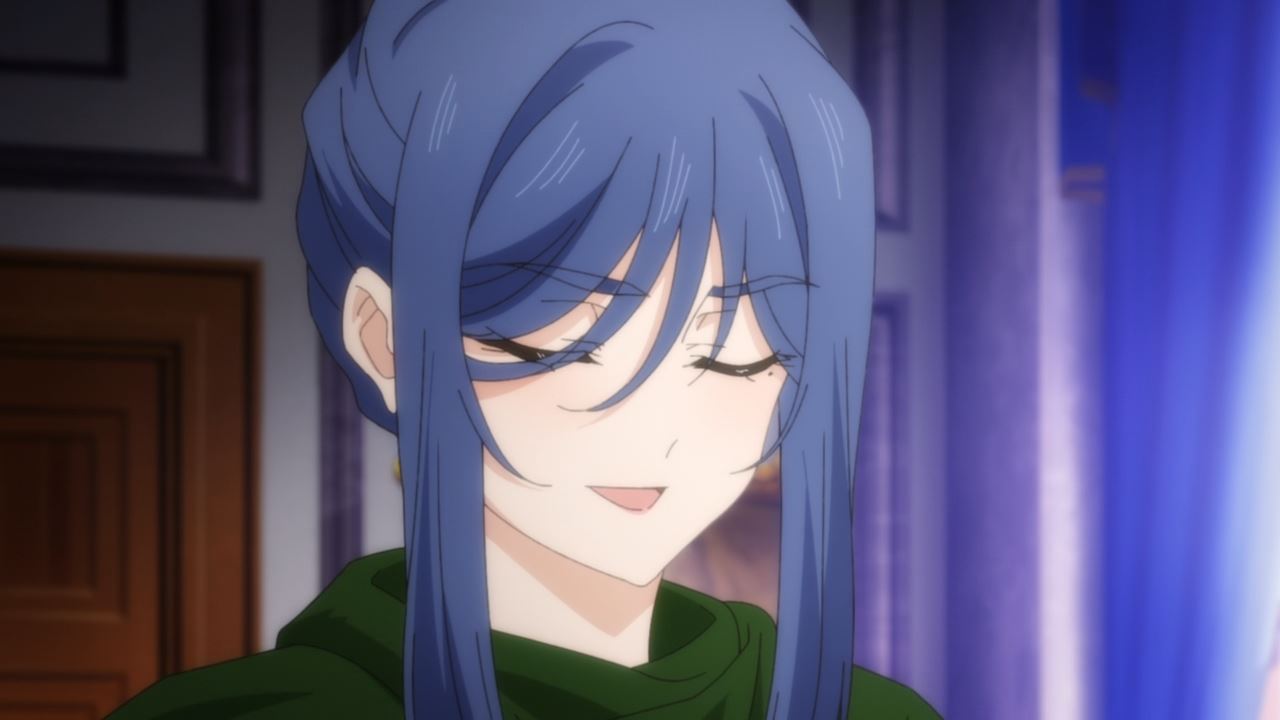 However, it turns out that Prince Helmut is actually Commander Zeno. Sorry, I meant to say Princess Zenovia as she reveals herself to be the surviving member of Marden royal family.

Oh, and here’s a funny (and ironic) story is that Zenovia is spared due to being a woman. Of course, she can’t lead the remnants due to her gender, so Zenovia became Prince Helmut and later Commander Zeno in which she convinced her remnants that she’s a capable leader. 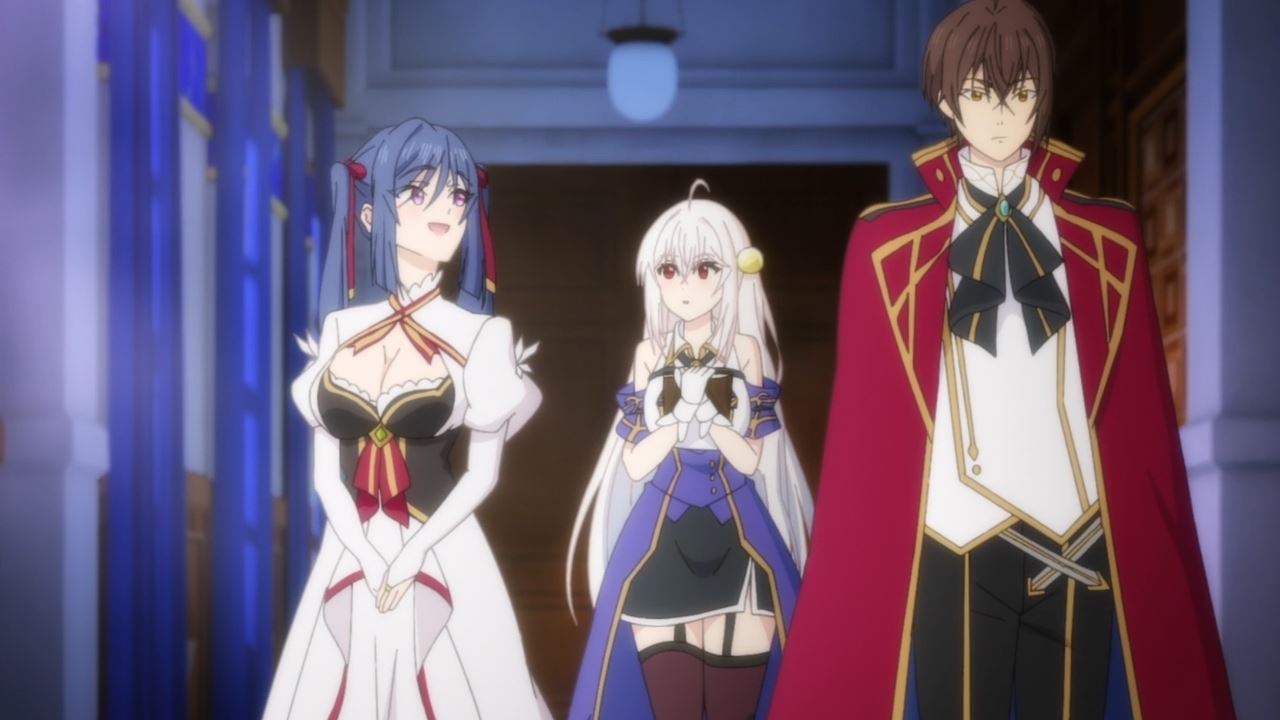 Anyways, Princess Zenovia told Prince Wein that her kingdom will become a vassal state to Natra. Come to think of it, I feel that I’ve seen a similar thing happened in Genjitsu Shugi Yuusha no Oukoku Saikenki, although it appears that it doesn’t involve any political marriage nor wishing for Marden to be annexed by Natra.

By the way, did Prince Wein and his men retake the Jilaat Gold Mine? C’mon, there’s still some financial value for it, especially when Pelynt found a new gold vein. 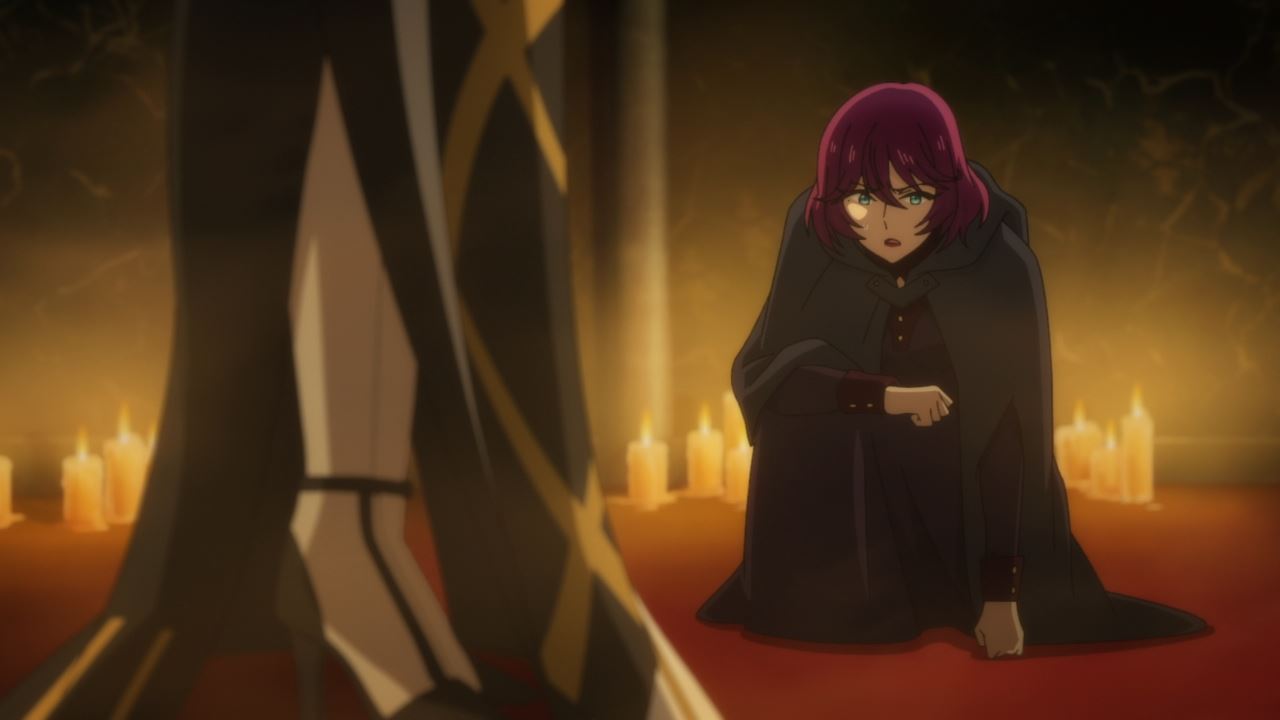 One last thing, I want to introduce you to the mysterious woman who almost conquered Natra. This is Ivis where she apologized to Caldmellia for failing to let Prince Wein killed in battle.

But seriously Ivis, you shouldn’t underestimate the genius prince from Natra. I mean, Owl got trounced by Prince Wein back in Gairan. 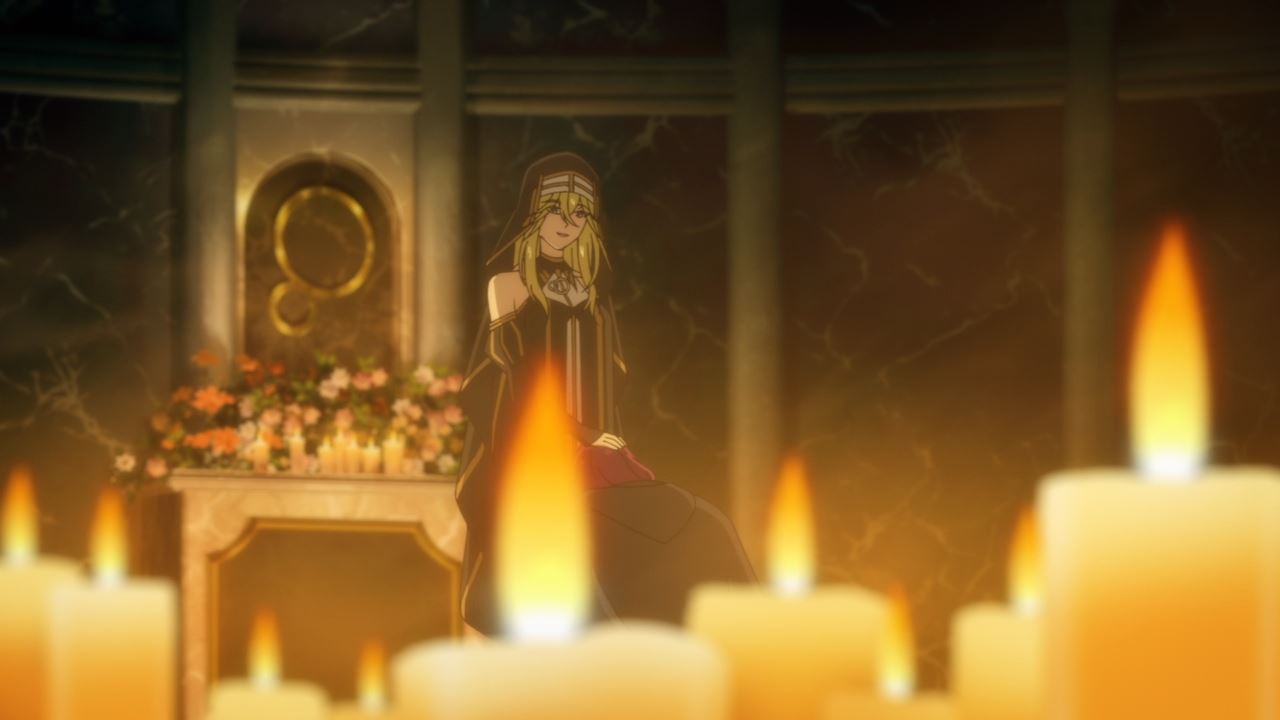 Speaking of Caldmellia, she accepted Ivis’ apology as they’ll continue to spread chaos across the Varno continent. Forget about some despot king from the west, or even the beleaguered Earthworld Empire as the Levetian Church are the most dangerous group ever!

Anyways, I’ll see you next time where Prince Wein Salema Arbalest will have to deal with Marden becoming a vassal state. Hey, at least Natra is protected from tyrannical kingdoms from the west.