In the Land of Leadale Episode #08 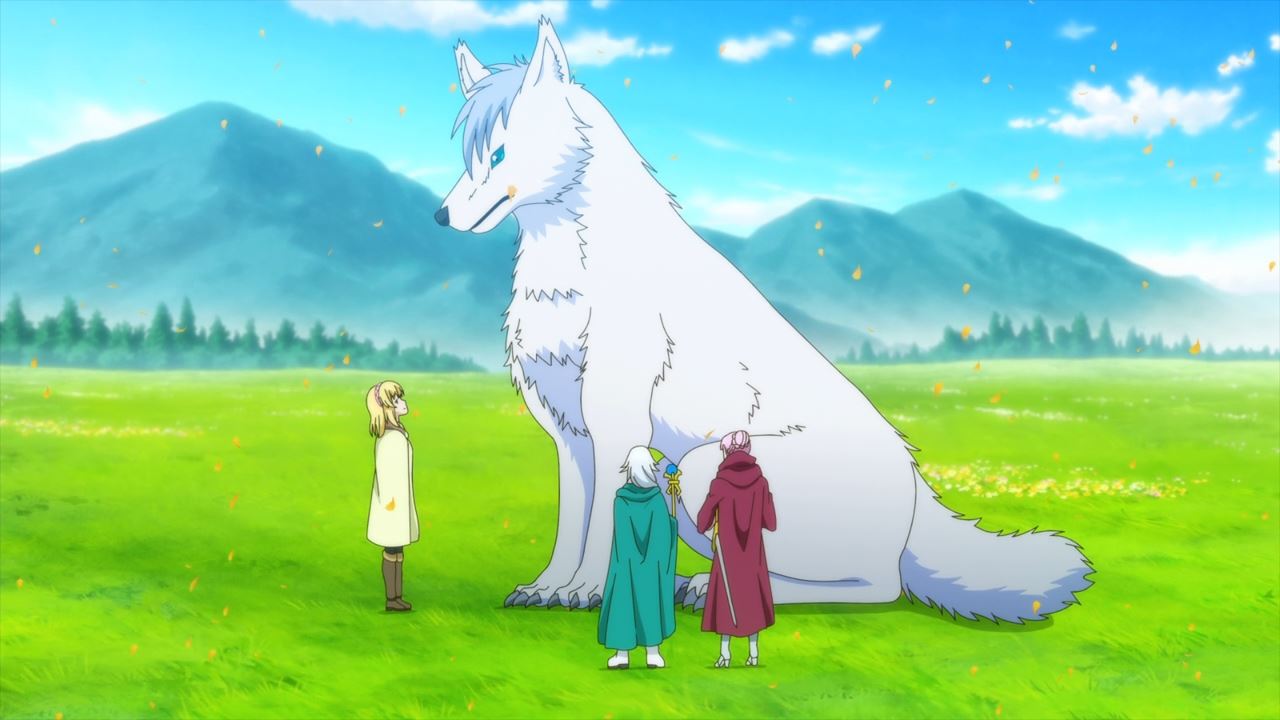 Let’s start this episode where Cayna summoned a giant wolf named Therwolf, as the high elf mage will return to Felskeilo together with Lonti Arbalest and Mye. C’mon, they felt that trouble is already brewing in the royal capital. 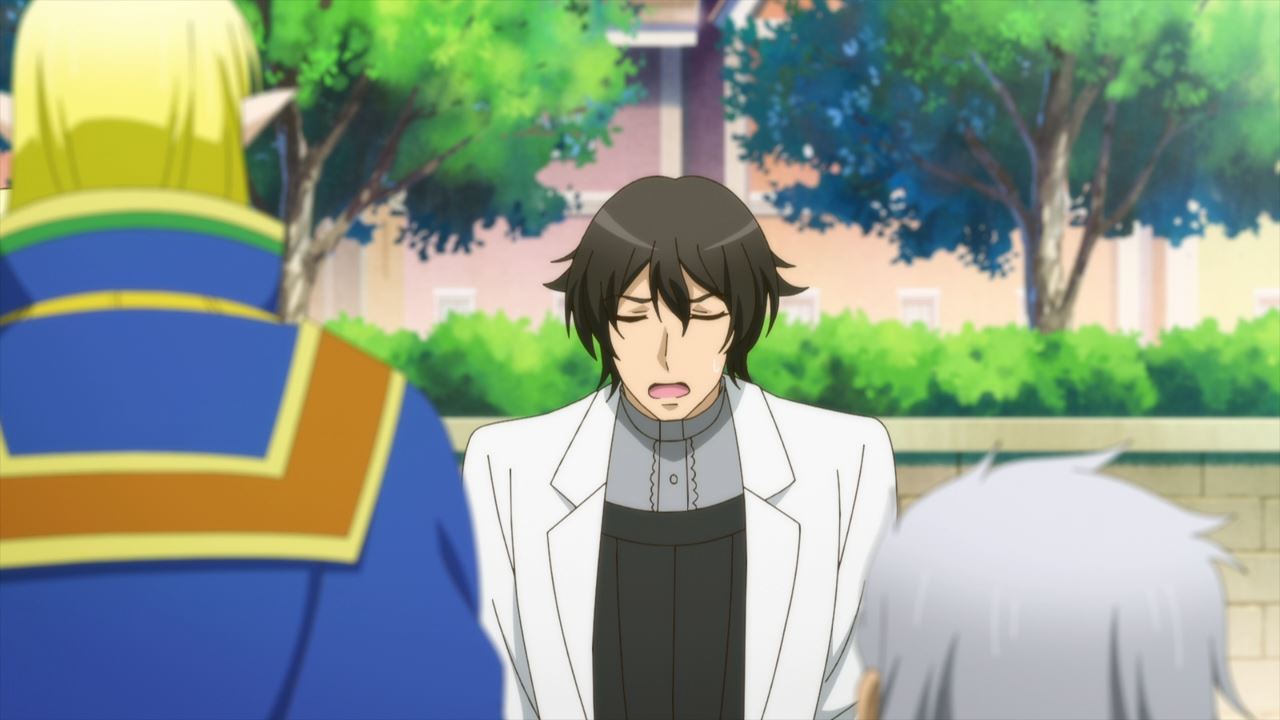 Anyways, here’s Lopus Harvey where he apologize to everyone for summoning a powerful event monster. This is the first time this kind of monster is summoned since turning Leadale from a video game into reality.

Of course, who will stop the event boss since Cayna has not yet arrived? 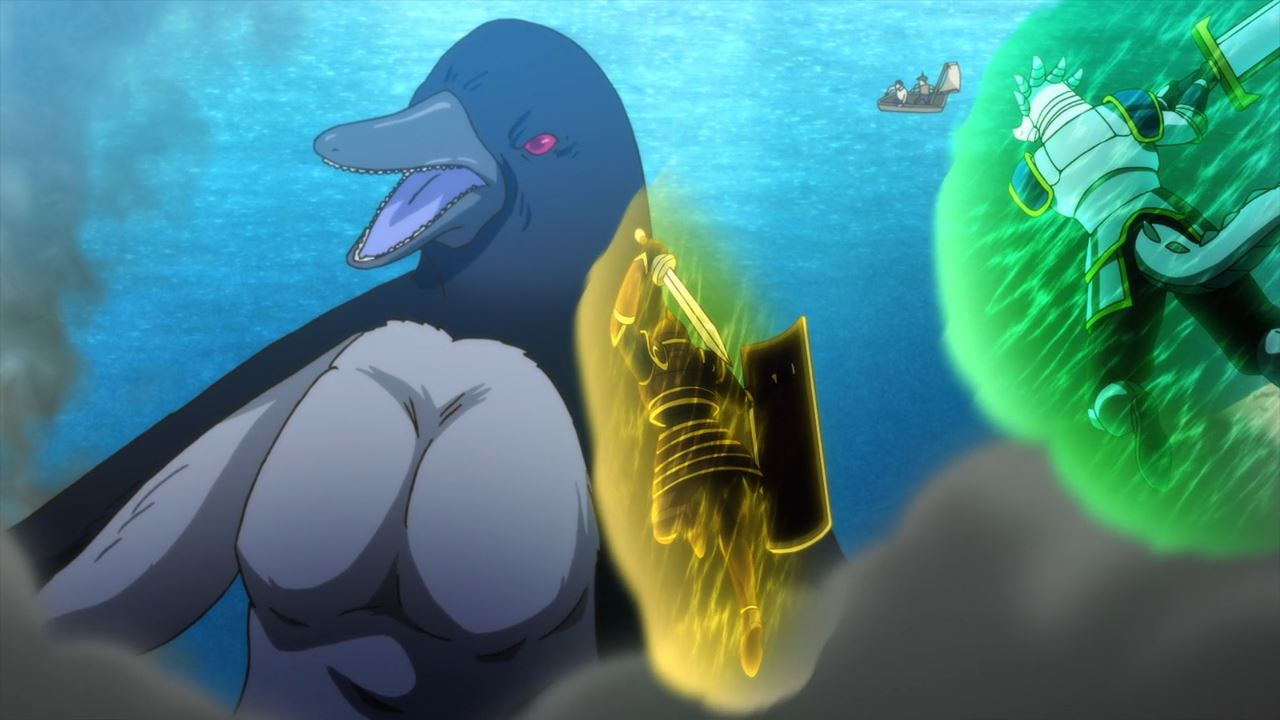 Well, say hello to Shining Saber and Cohral where they try to take down the event monster on their own. By the way, they’re pretty strong too since both of them are veteran’s during Leadale’s heyday. 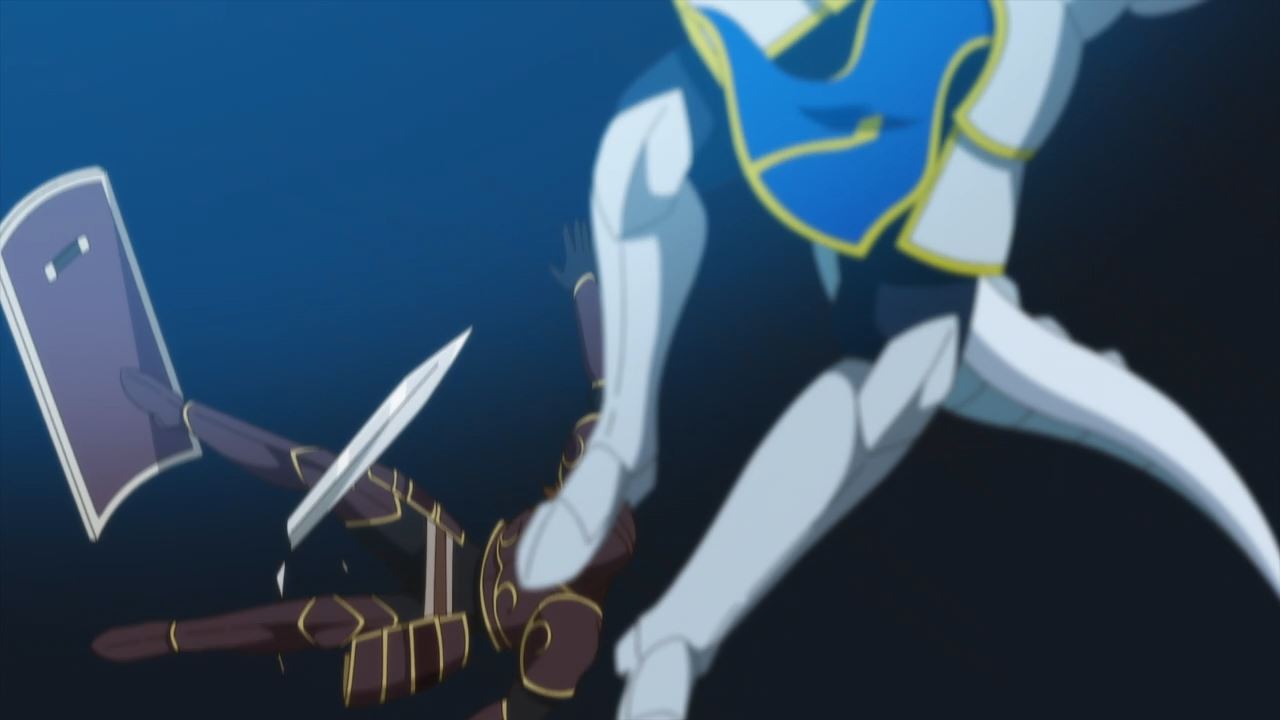 Sadly for Shining Saber and Cohral, they can’t take down the platypus-like monster as they’re swatted away. Man, I’m hoping that nobody died with that attack. 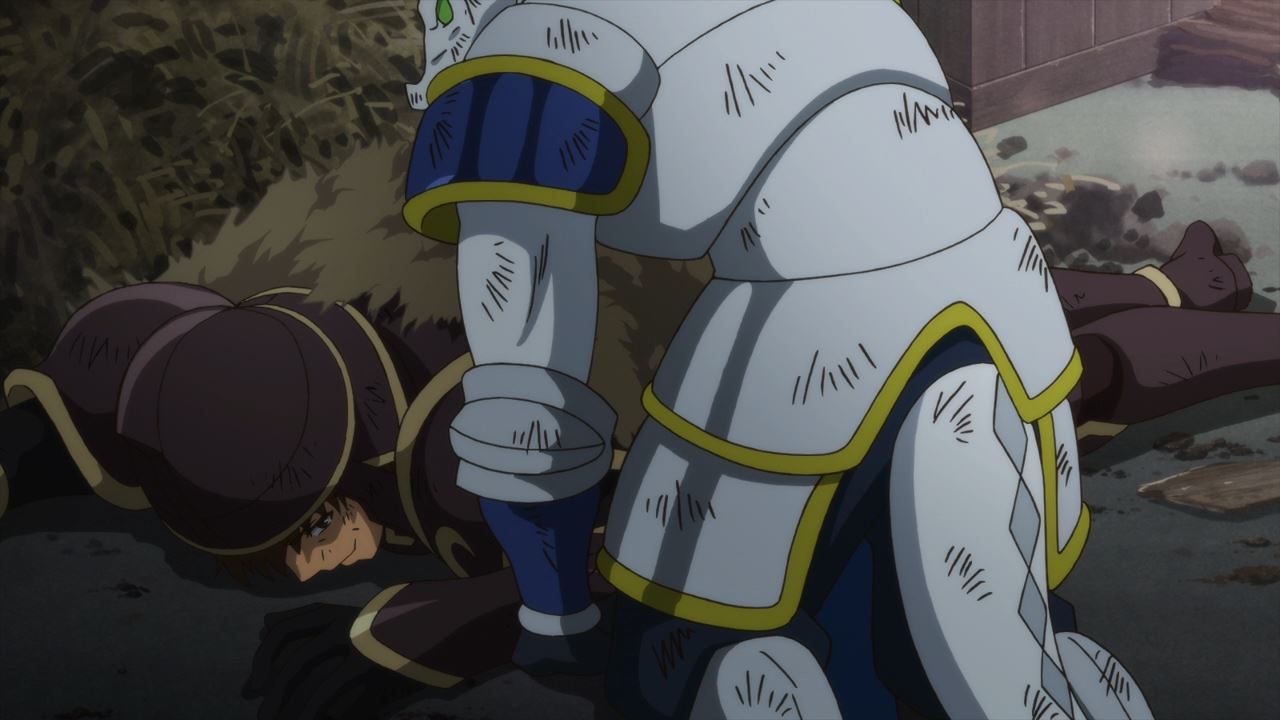 Well, there’s one adventurer who almost died as Cohral clings to his life. Oh yeah, turns out that he didn’t get any recovery magic before the game went dark. 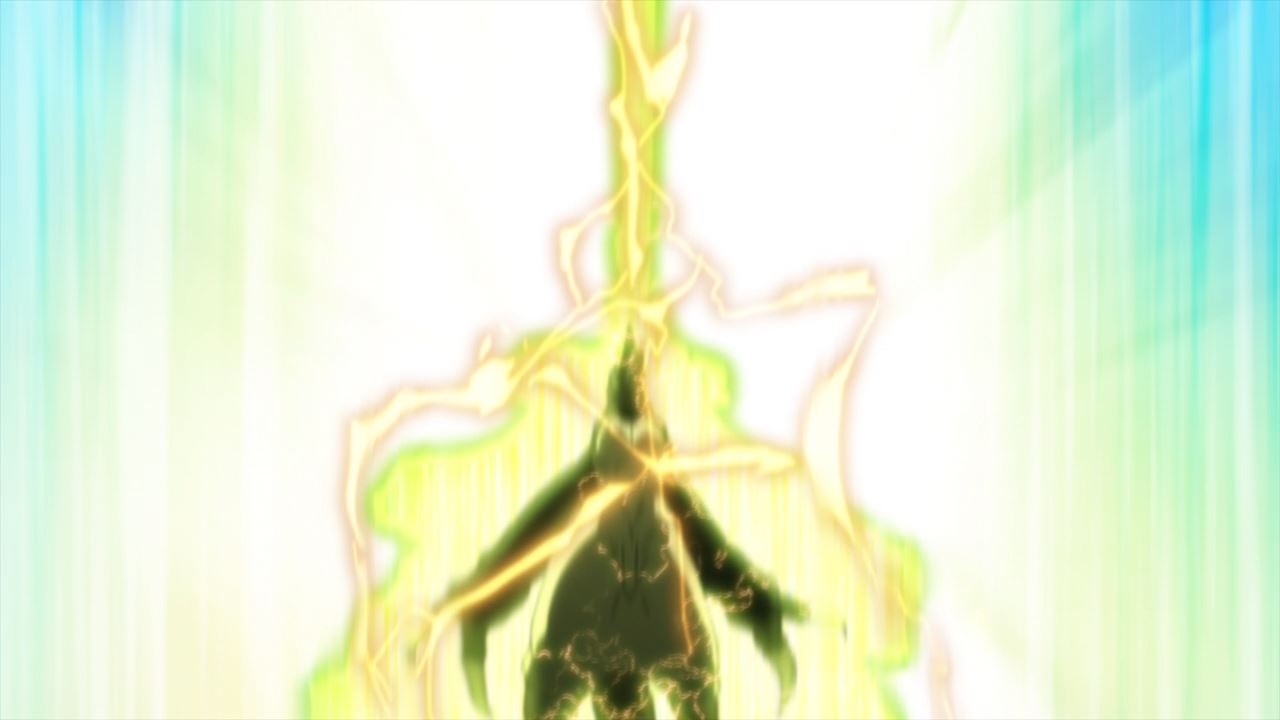 Fortunately, a certain Silver Ring Witch managed to return to Felskeilo just in time to destroy the monster in a single shot. 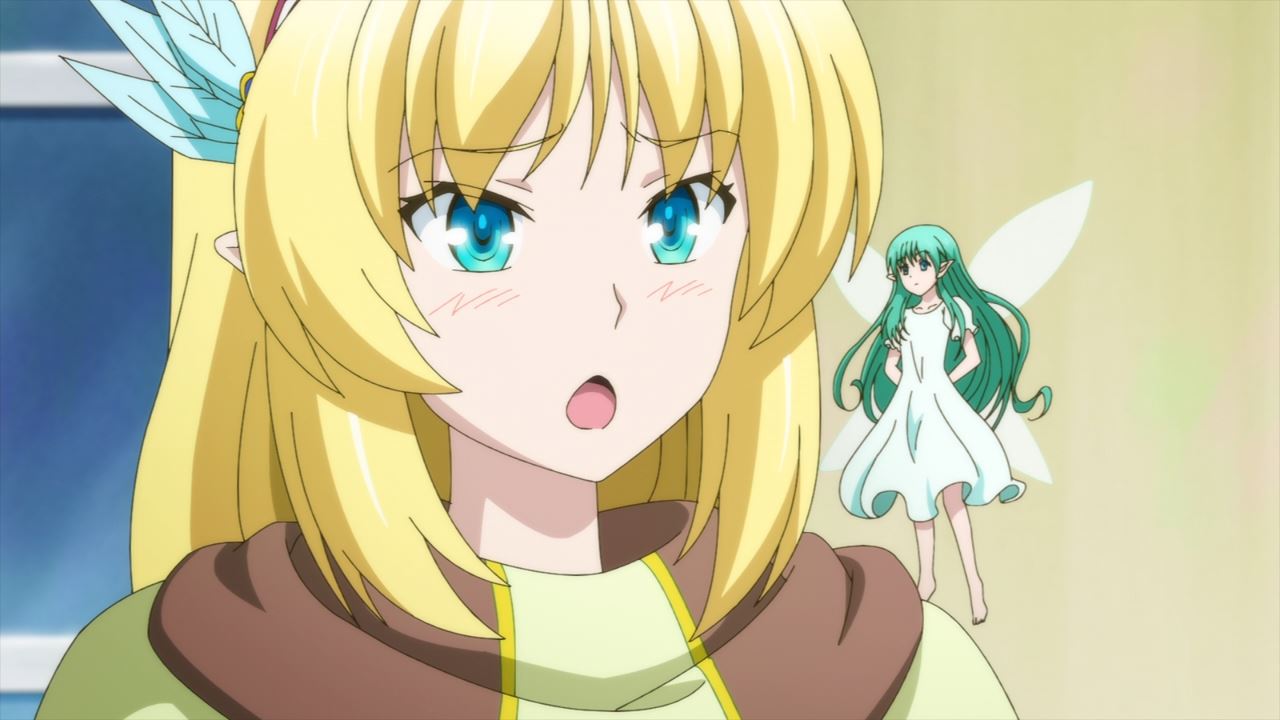 Then again, she was disappointed that the event monster was just pathetically weak. In fact, it wasn’t challenging at all.

So, the only thing that Cayna will do is tell both Mai-Mai and Lopus Harvey to seal off the area where the event monster is summoned. Otherwise, she’ll destroy it if someone tries to summon the monster again. 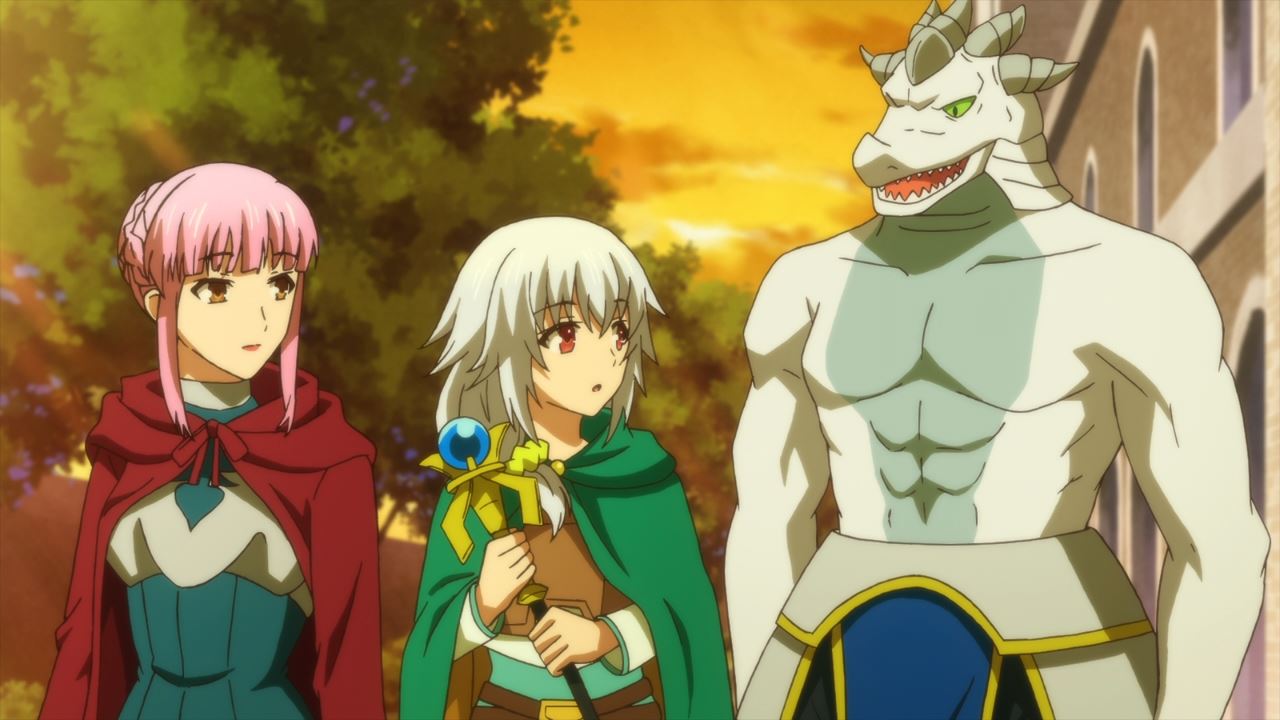 Meanwhile, it appears that Shining Saber knows Mye to the point that the dragoid calls her as princess. Honestly, I have a feeling that the royal family in Felskeilo just want to have fun outside rather than staying indoors.

One more thing, there are rumors that Mye is somewhat in love with Skargo, but don’t bet on my take! 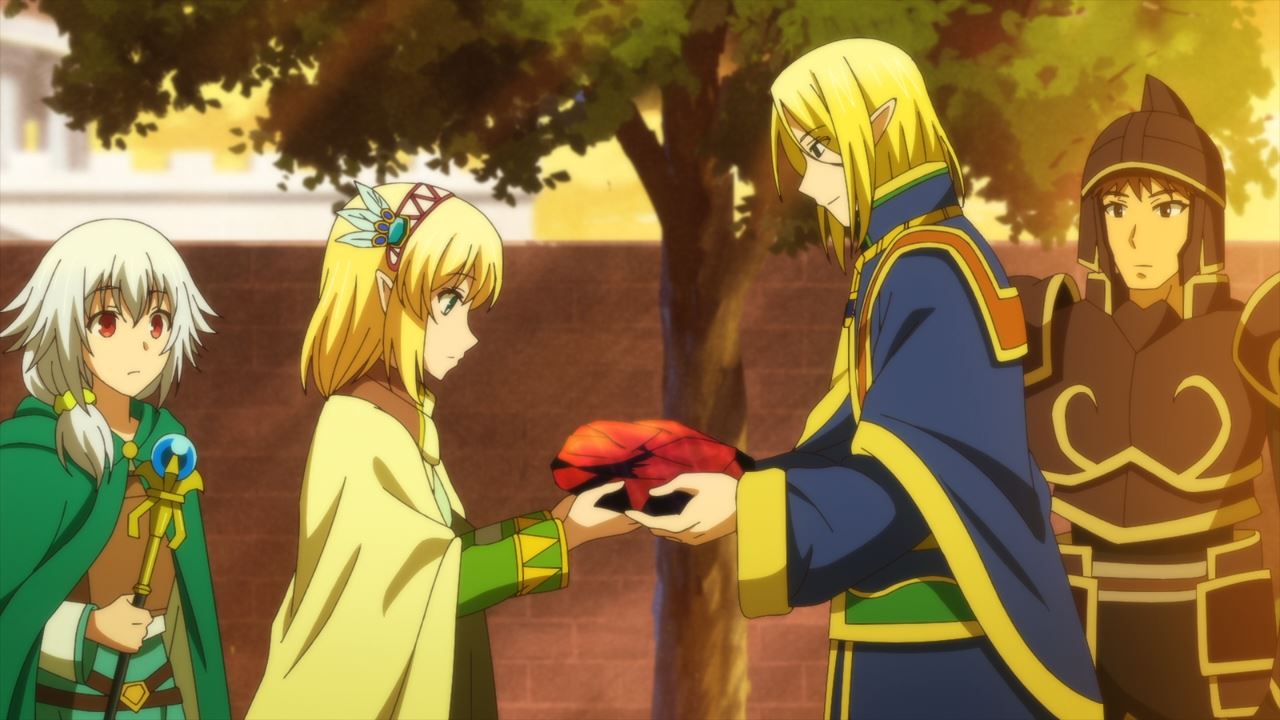 For now, it’s time for Cayna to receive the spoils since she defeated the event monster on her own. The reward? A large piece of Orichalcum.

While she’ll take it, Cayna wants to give something to both Cohral and Shining Saber since they need to be rewarded for defending Felskeilo. 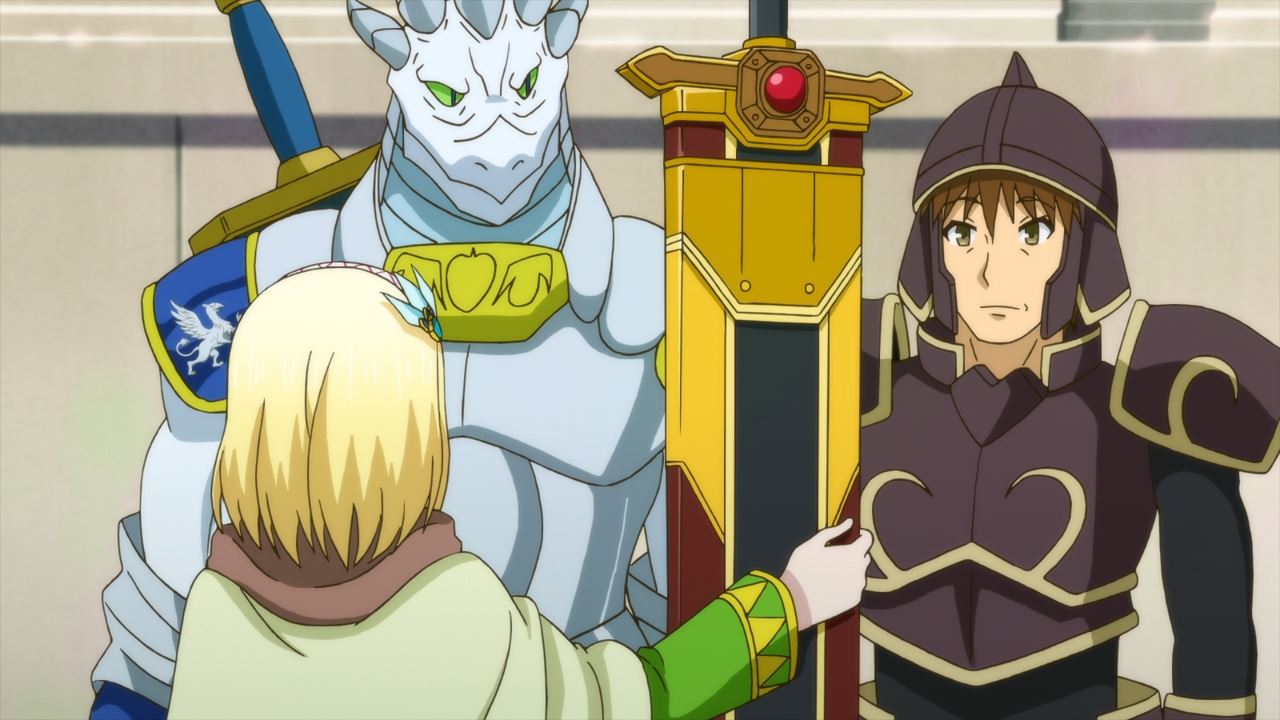 So, they met at the colosseum where Cayna gave a powerful sword called Valhalla, as well as recovery magic since he needs to heal himself in the heat of battle?

As for Shining Saber? He gets nothing! Really sad that the dragoid didn’t get anything from the Silver Ring Witch. 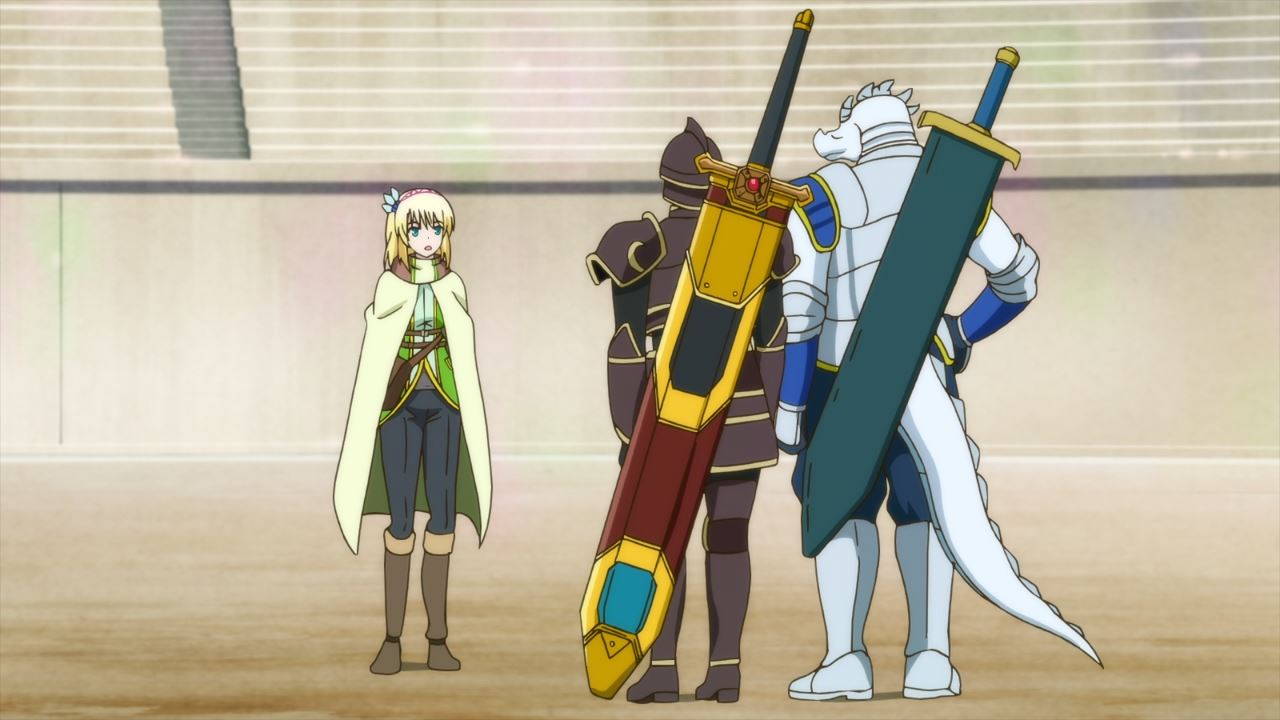 Speaking of Cayna, she’s surprised that both Cohral and Shining Saber came to Leadale for a long time, whereas the high elf mage came to this world in just two months after she died in real life. 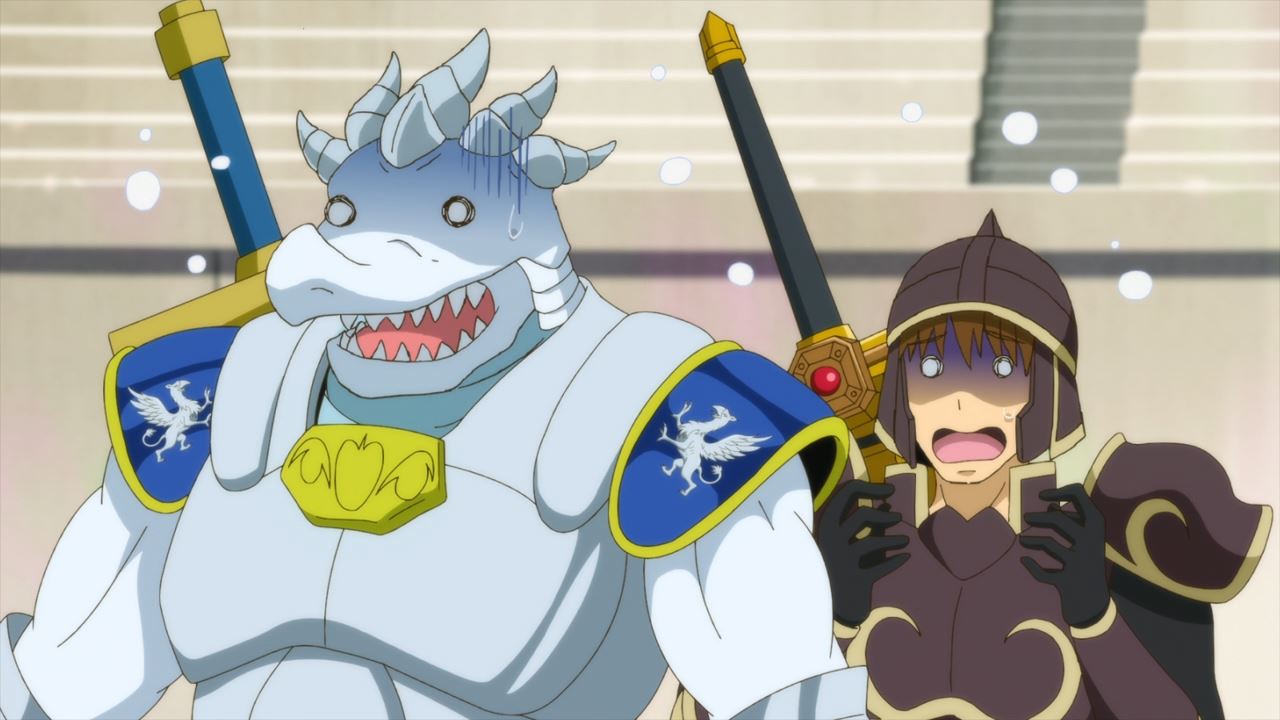 And when these two adventurers heard Cayna’s story, they’re terrified that the high elf mage might be a ghost. In fact, there’s a rumor that the reason the World of Leadale got shut down is because someone died in real life, although both Cohral and Shining Saber are convinced that Cayna is that person who died which led to Leadale’s servers pulling the plug.

Still, it wasn’t her fault that the MMORPG shut down because of her death as there’s a huge blackout back then. Besides, even though her body is already gone, Cayna’s spirit lives on. And by the way, both adventurers want to tell something towards the high elf mage… 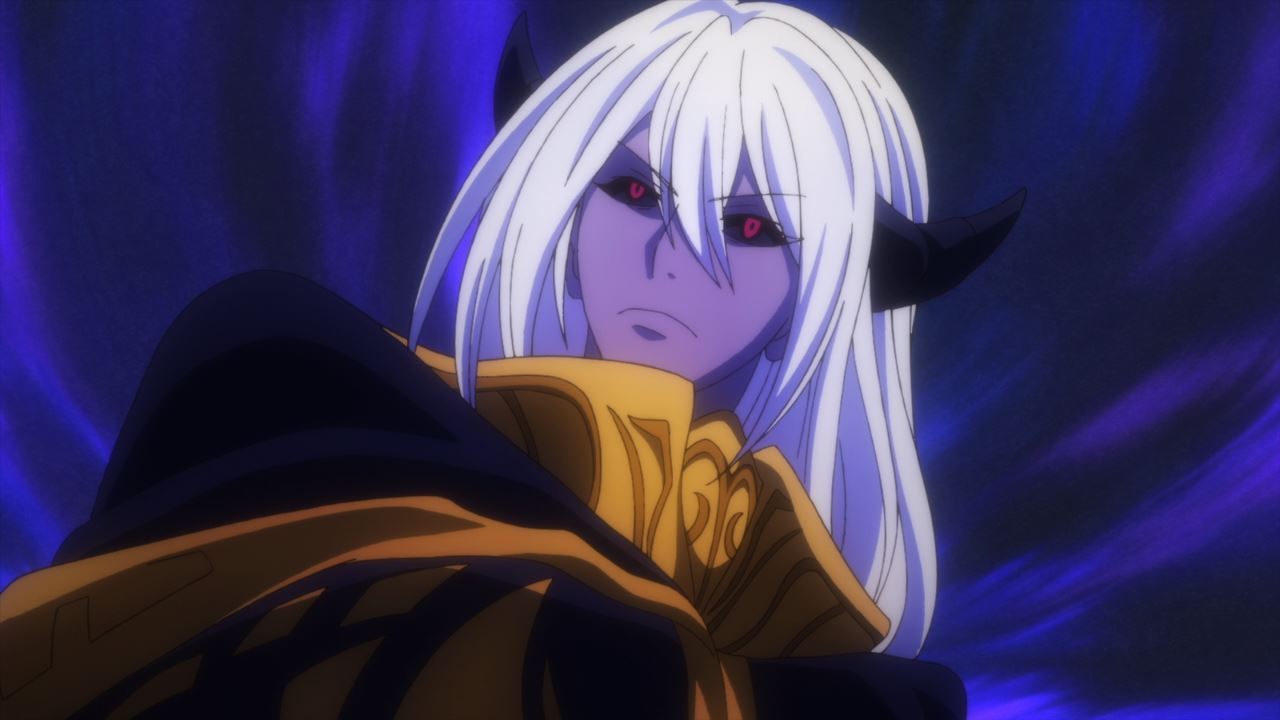 This regards to Opuskettenshultheimer Crosstettbomber or Opus for short where Cohral and Shining Saber told Cayna that he’s alive and this adventurer is somewhat of a prankster.

Come to think of it, I feel that Opus is oozing some final boss vibes due to his menacing look. On the other hand, Opus might be some dork who might cry over spilled milk, or a kid who got way too adventurous that it’s a nuisance to everyone. 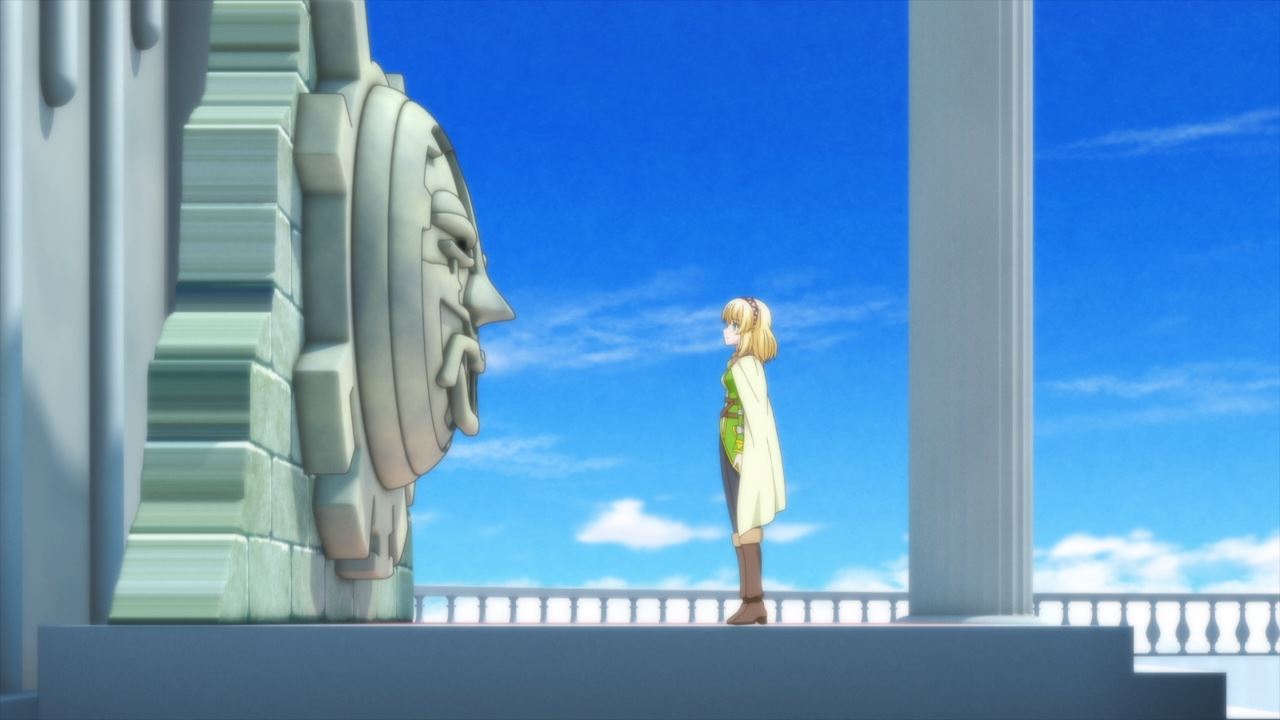 Anyways, it’s time for Cayna to return to the village. But first, a short visit to the silver tower where the guardian really misses the high elf mage. 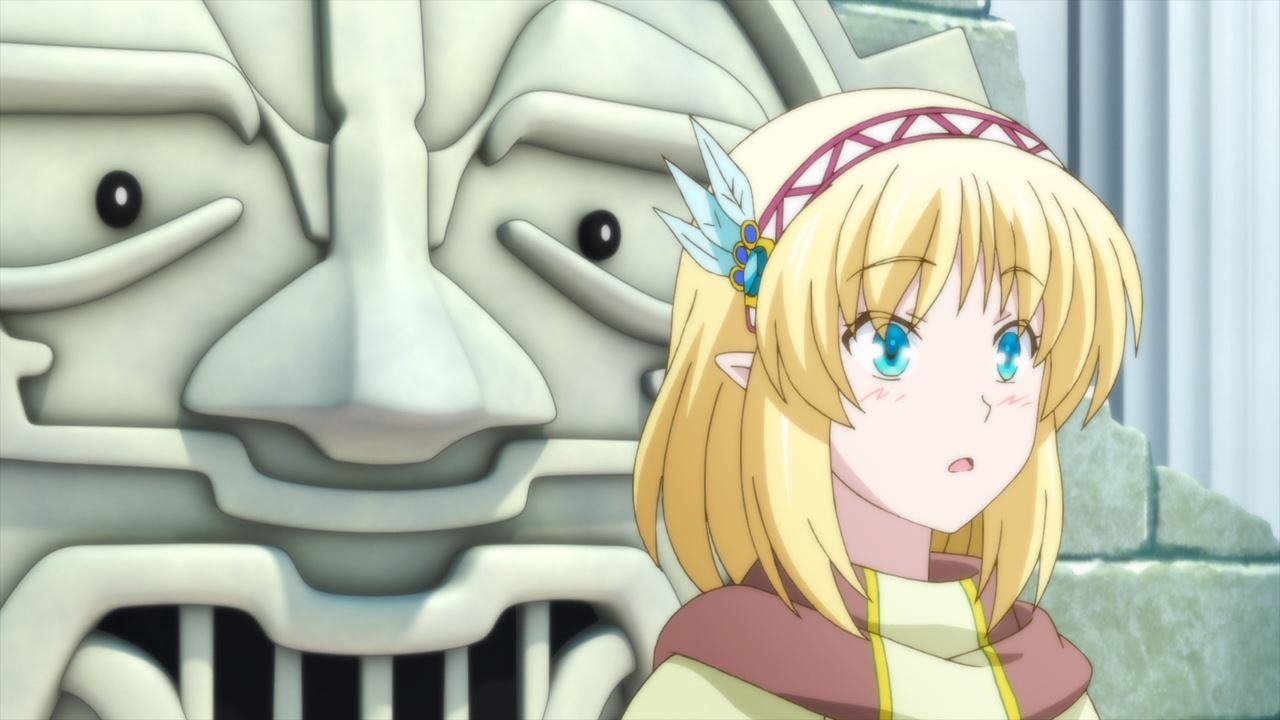 In fact, Cayna’s guardian wants more MP ’cause it doesn’t want to act lethargic again like the rest of the guardians. With that said, Cayna will pay a visit to the tower some time as the Silver Ring Witch will travel to Liothek’s domain. 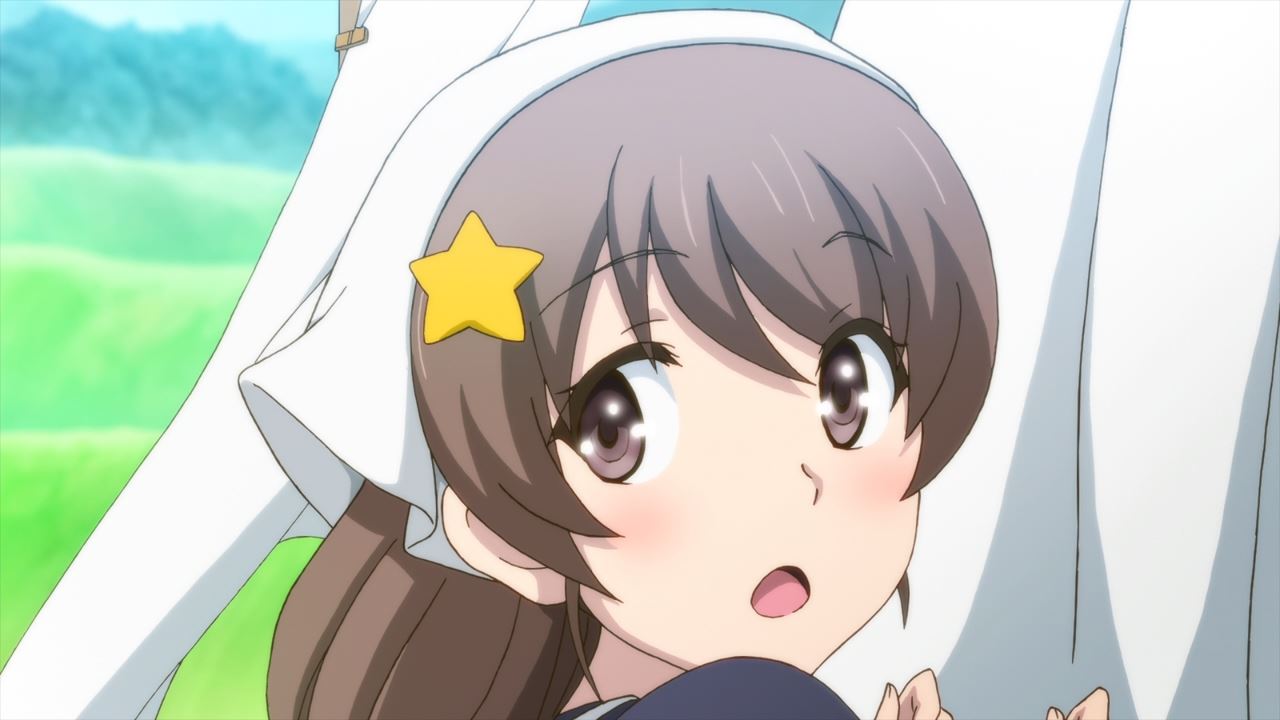 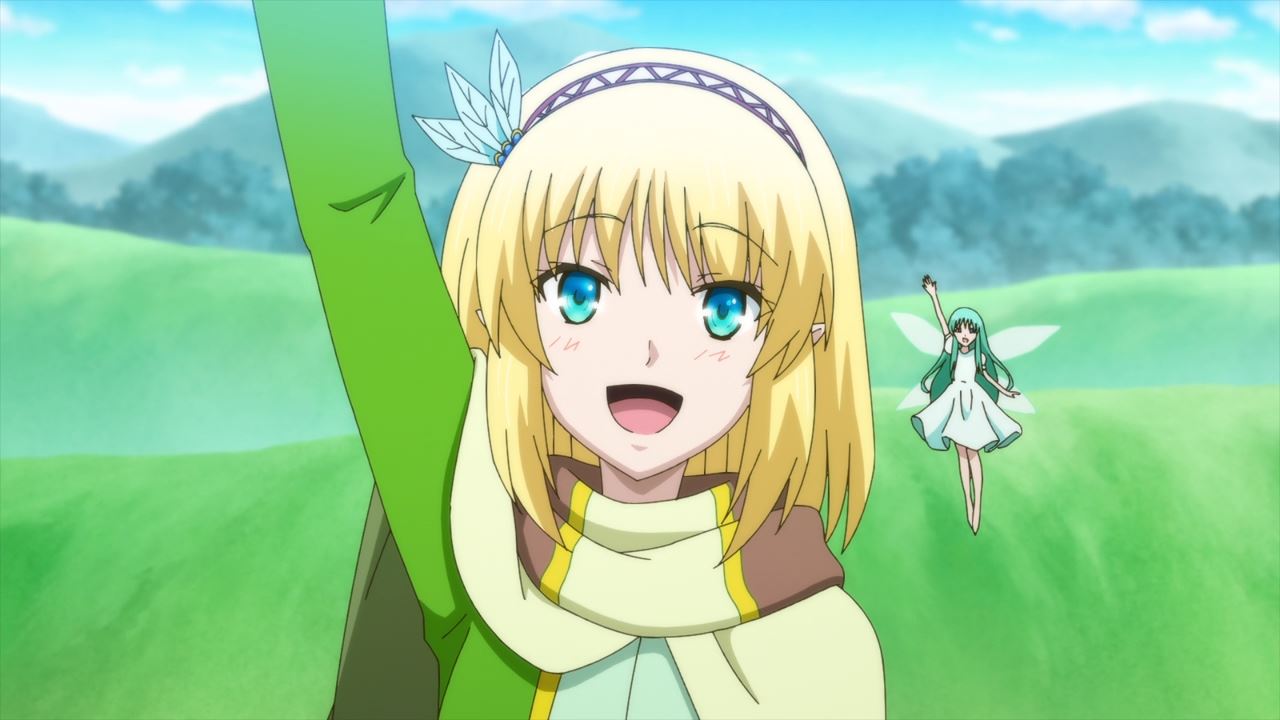 And now, it’s time to end this episode where Cayna went to see Lytt again. It’s really nice that Cayna returns to the village for a brief moment as she has some fond memories of that place.

Of course, the high elf mage will continue her adventures ’cause she doesn’t want to settle down yet. Anyways, I’ll see you next time!