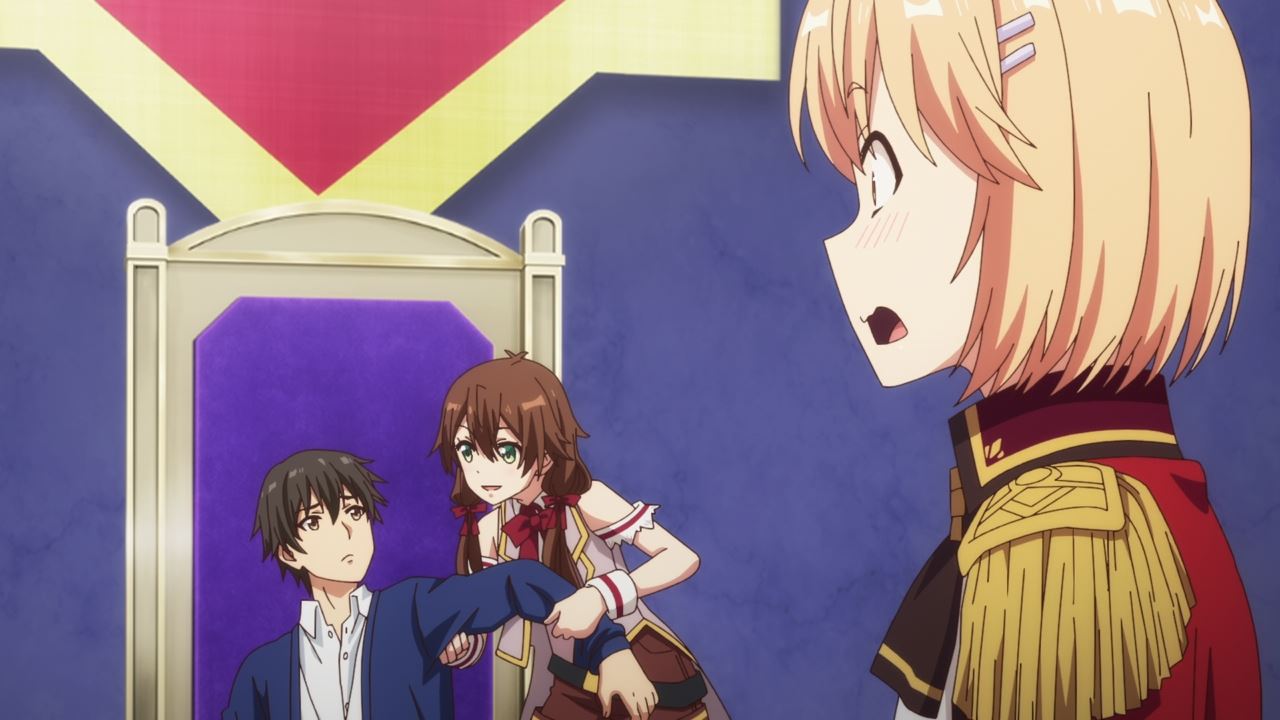 Well everyone, it’s officially confirmed that Roroa Amidonia will marry Kazuya Souma in exchange for annexing the principality to become the United Kingdom of Elfrieden and Amidonia, otherwise known as the Kingdom of Friedonia. That was really fast where there’s no need to shed more blood when merging both states together, although the Mankind Declaration dignitaries won’t accept that.

Still, it’s nice to have Roroa in Kazuya’s circle as she’s not only at promoting and selling products, but the princess has lots of connections to various merchants across the continent. 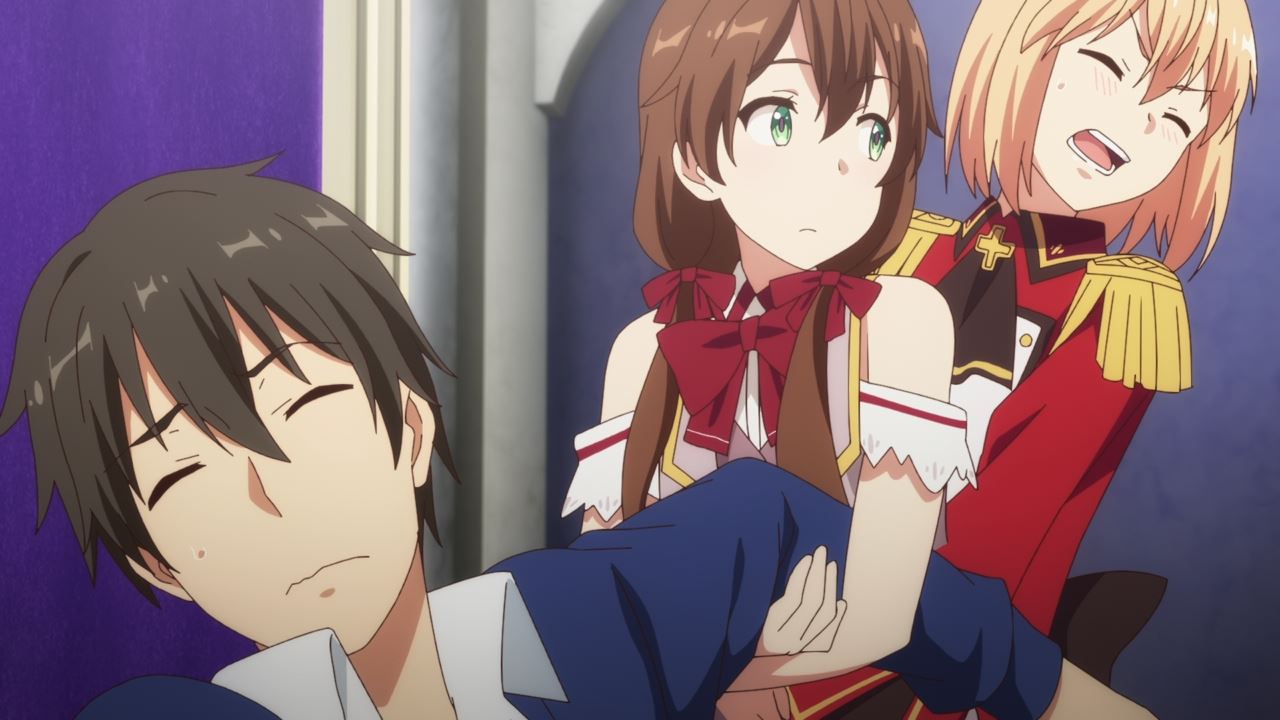 But now, Roroa wants to have Kazuya’s babies as she offers her own body to the king, although Princess Liscia Elfrieden and Aisha Udgard tries to stop the Amidonian princess.

On a serious note, King Kazuya will have to make amends with the Gran Chaos Empire, especially when Elfrieden violated the Mankind Declaration even though his kingdom didn’t sign for it. 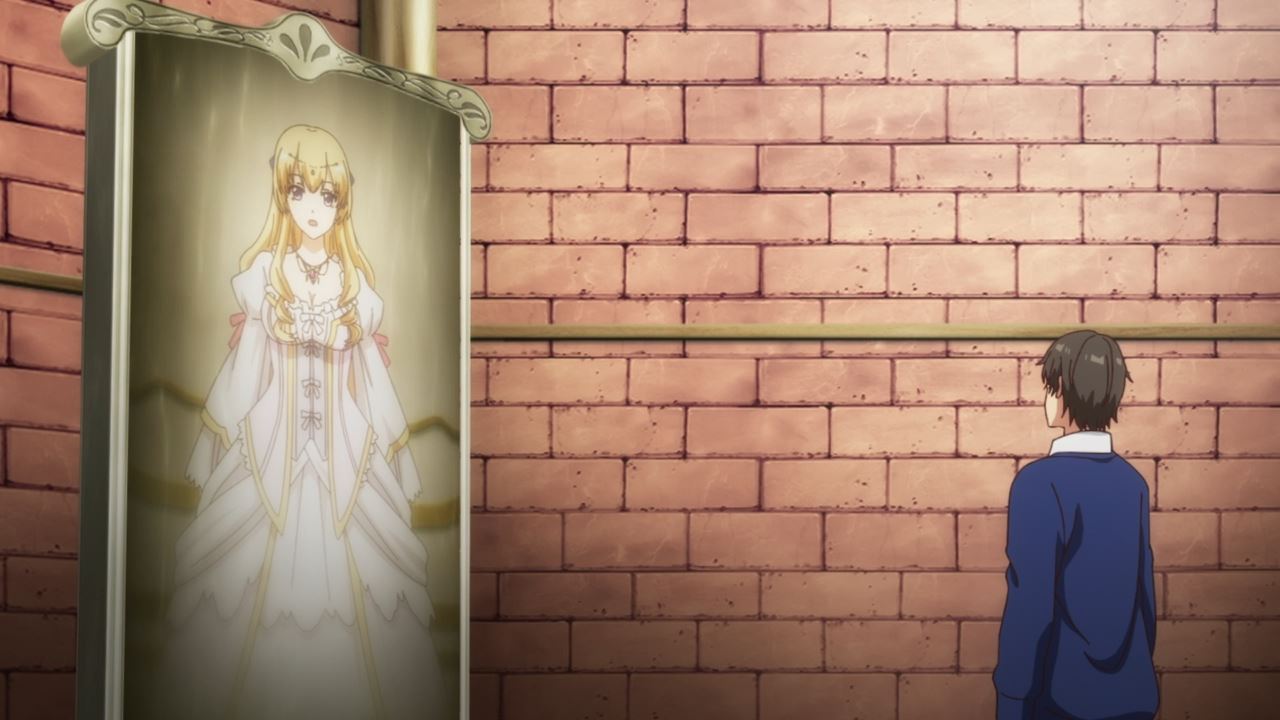 Anyways, this is the first time that Maria Euphoria and Kazuya Souma met via the gemstone broadcast. But let’s begin with the talks where the reason why King Souma didn’t let his kingdom sign the Mankind Declaration is because there are inconsistencies.

Let’s say if there’s one of the ethnic groups decides to break free from an multi-ethnic state like Elfrieden or even the Gran Chaos Empire, then recognizing their independence using a loophole where the principle of ethnic self-determination is applied, this means that border will be changed because of it. It’s no wonder why the Kingdom of Elfrieden didn’t sign the Mankind Declaration agreement in the first place due to its inconsistencies.

By the way, there’s one country who wants to exploit the loophole within the agreement. No, it’s not the Star Dragon Mountain Range nor the Republic of Turgis, but rather the Orthodox Papal State of Lunaria where they not only have a hatred towards Maria Euphoria for being a saint (even though Maria’s people called it as such), but they have plans to capture one religious enclave in Amidonia on the pretense that they’re protecting their followers. 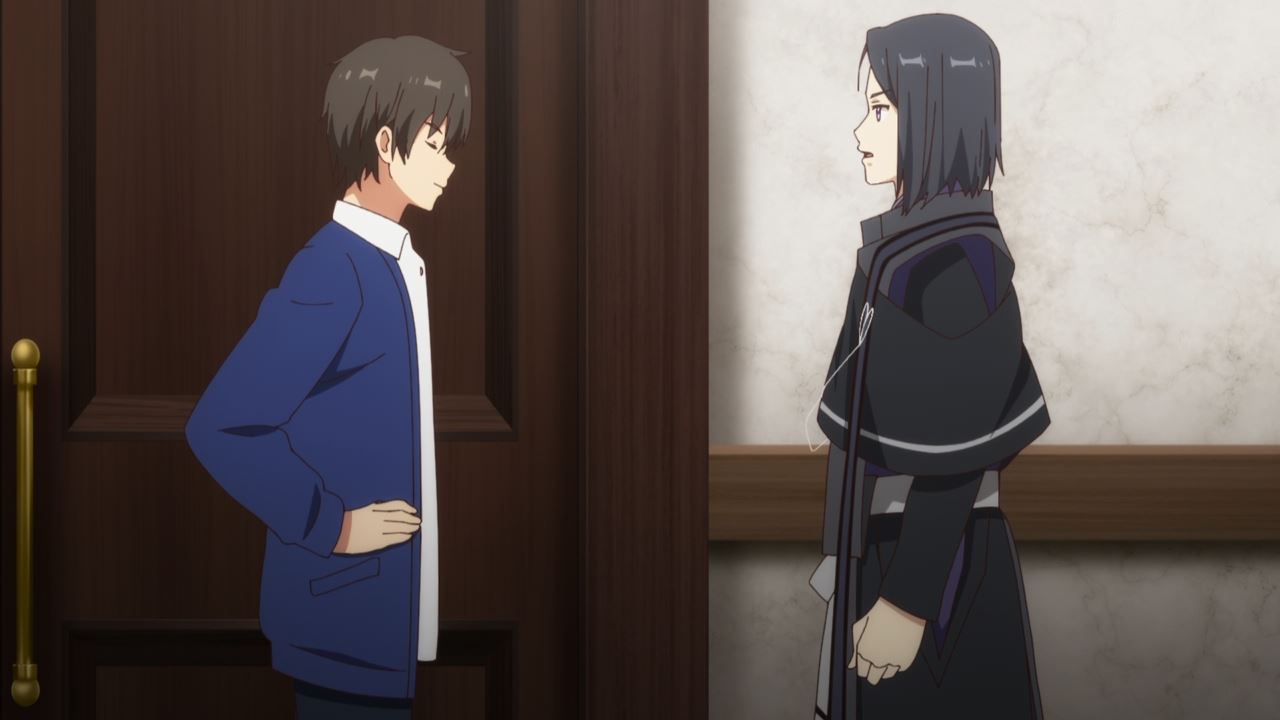 With that said, it appears that the Gran Chaos Empire and the Kingdom of Elfrieden (now the Kingdom of Friedonia) reached a mutual understanding despite the fact that Amidonia offered the latter to be annexed and created a powerful state. Oh yeah, King Kazuya Souma told Maria Euphoria to continue her role as the beacon of mankind despite what the Orthodox Papal State of Lunaria says otherwise.

Meanwhile, here’s Hakuya Kwonmin where he’s done with his bilateral talks with Jeanne Euphoria. Of course, he and Kazuya will have to deal with tons of paperwork since their alliance with the Gran Chaos Empire is very important. 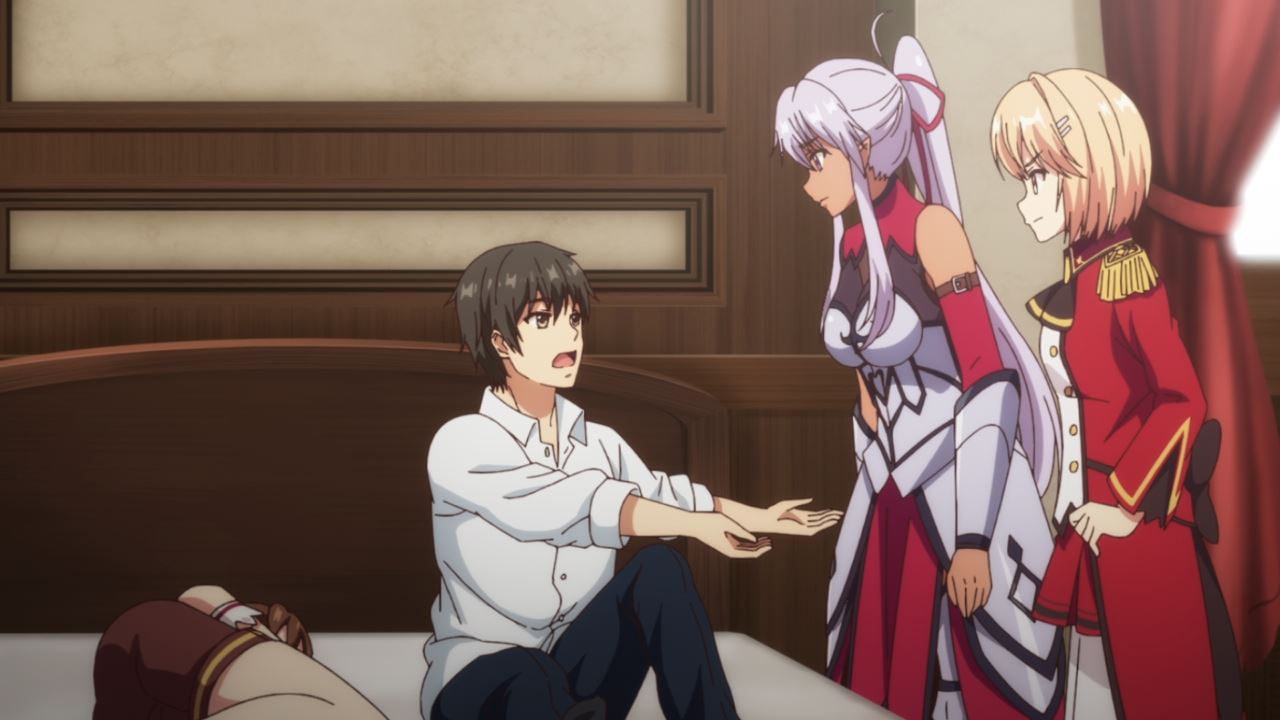 One last thing, it appears that Roroa Amidonia is sleeping beside Kazuya Souma, although the king is not aware of it.

Come to think of it, did Roroa already had sex with him? Even Liscia and Aisha are really angry that a pint-size merchant princess beat them to the punch. 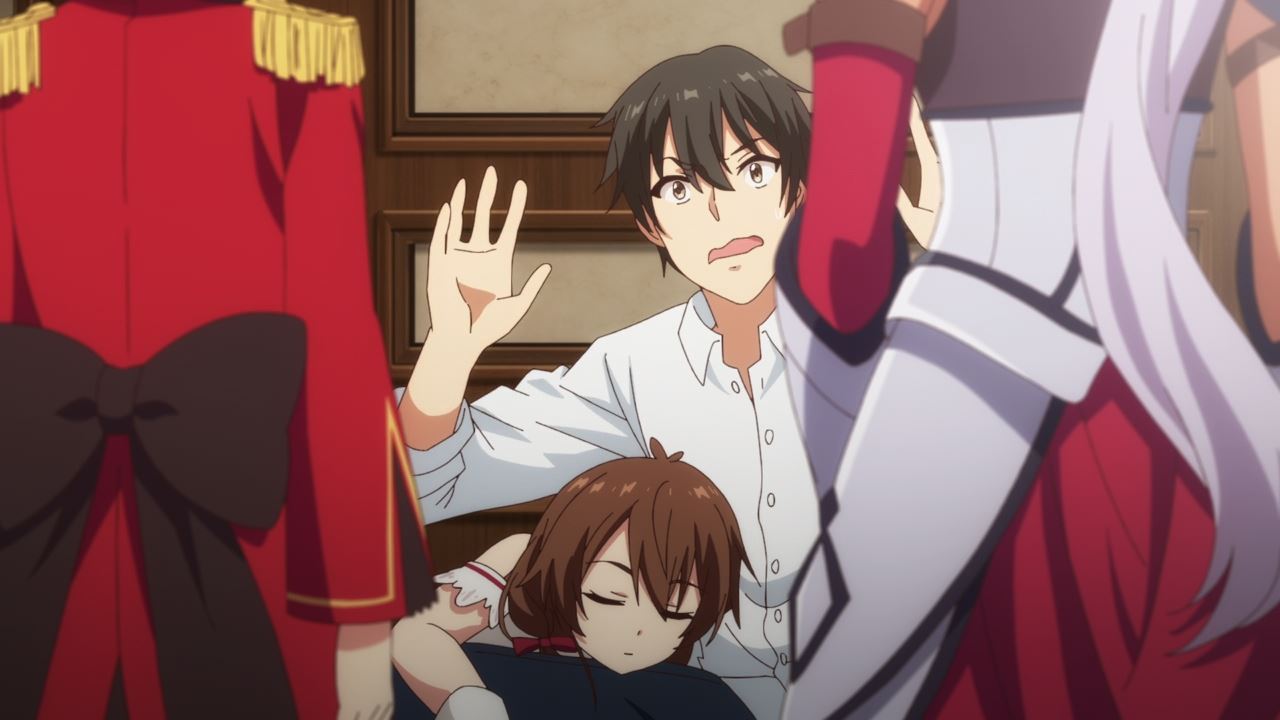 But you know what, there’s no way King Kazuya would have sex with Roroa ’cause he’s busy with tons of paperwork. C’mon, he needs to sign papers in order to maintain Friedonia’s relationship with the empire.

Anyways, I’ll see you next time where I’m waiting for Lunaria’s plan of action. I mean, the papal state can’t be trusted despite their beliefs.