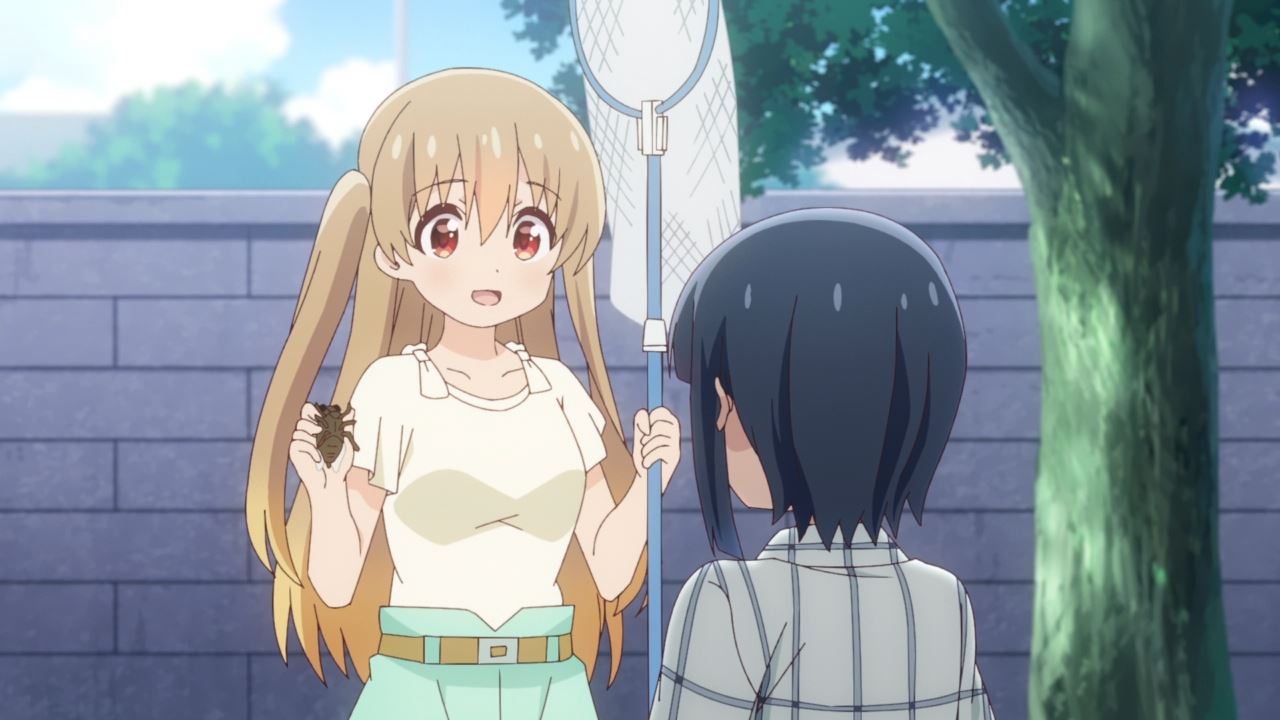 Let’s begin with Koharu Minagi where she caught a cicada, although Hiyori Minagi is scared of bugs as expected. 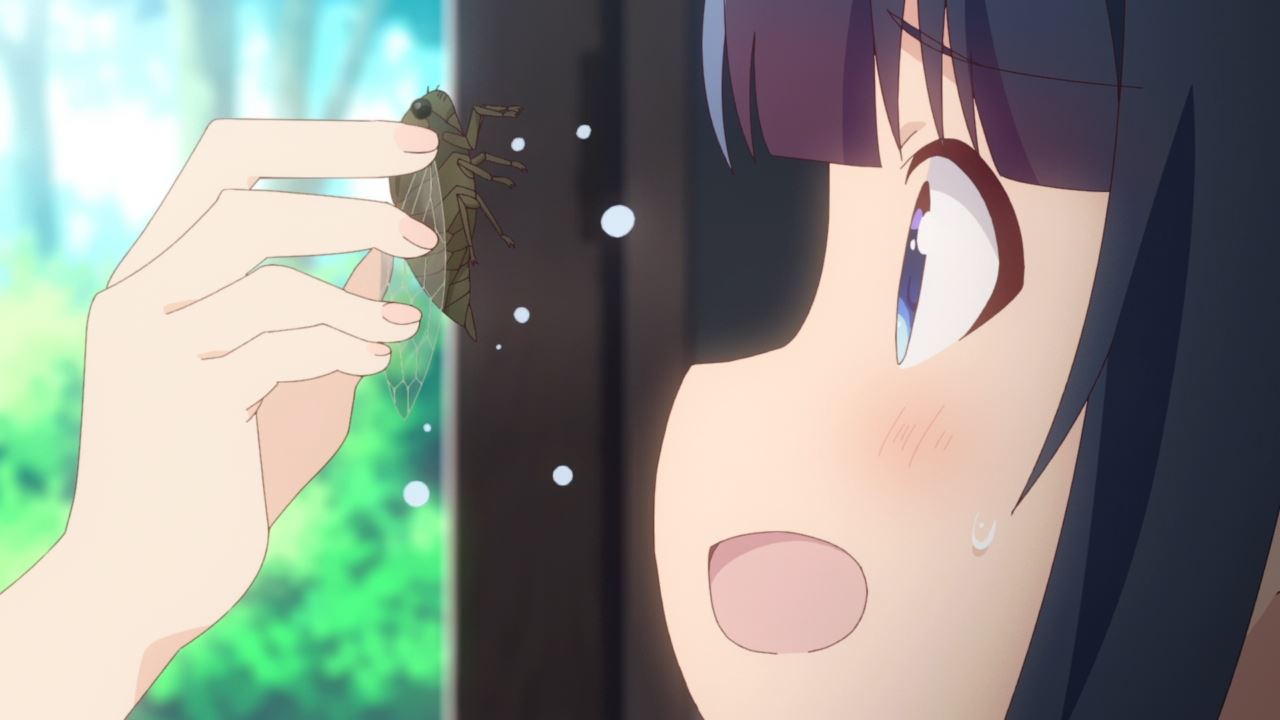 Speaking of bugs, cicadas are good as bait but given that Hiyori has insectophobia and helminthophobia, it’s understandable why Hiyori prefers artificial flies as bait. 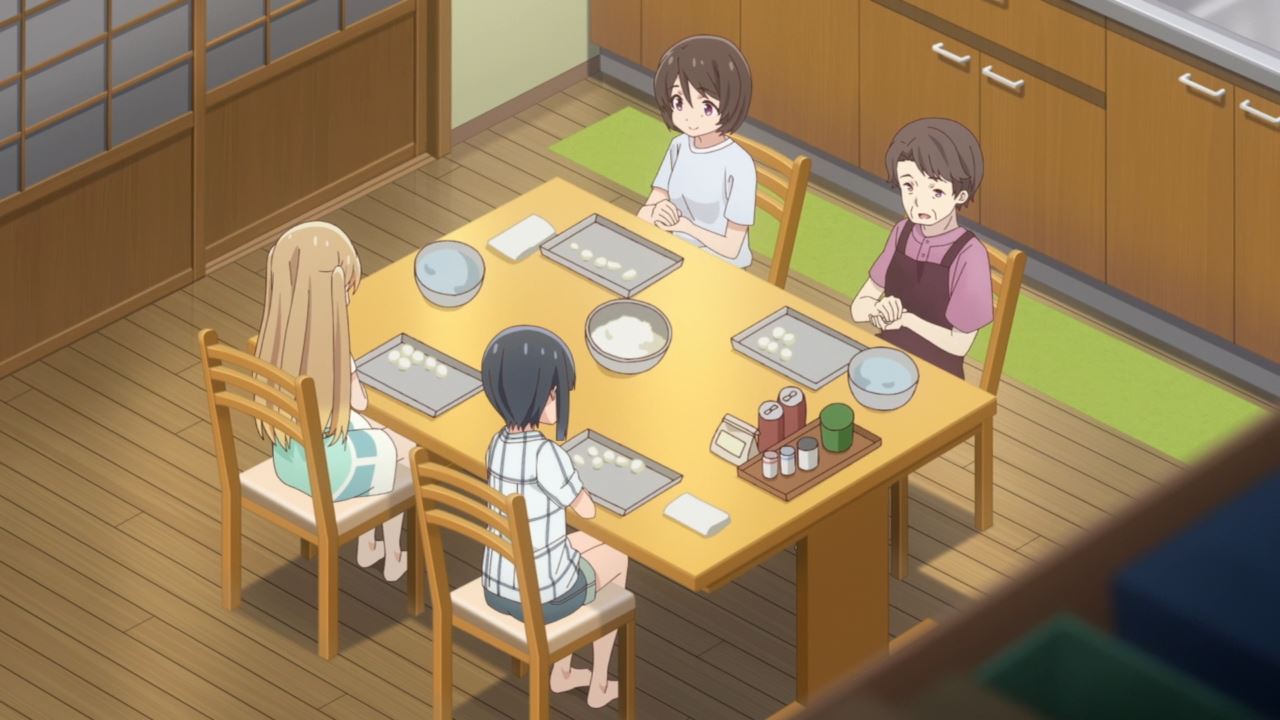 But let’s talk about this episode where Hiyori, Koharu, and their mother Hinata went to the countryside to visit their grandparents.

While their grandmother is nice where she makes dumplings together with Hinata-san, Hiyori’s grandfather is something else which you’ll find out later. 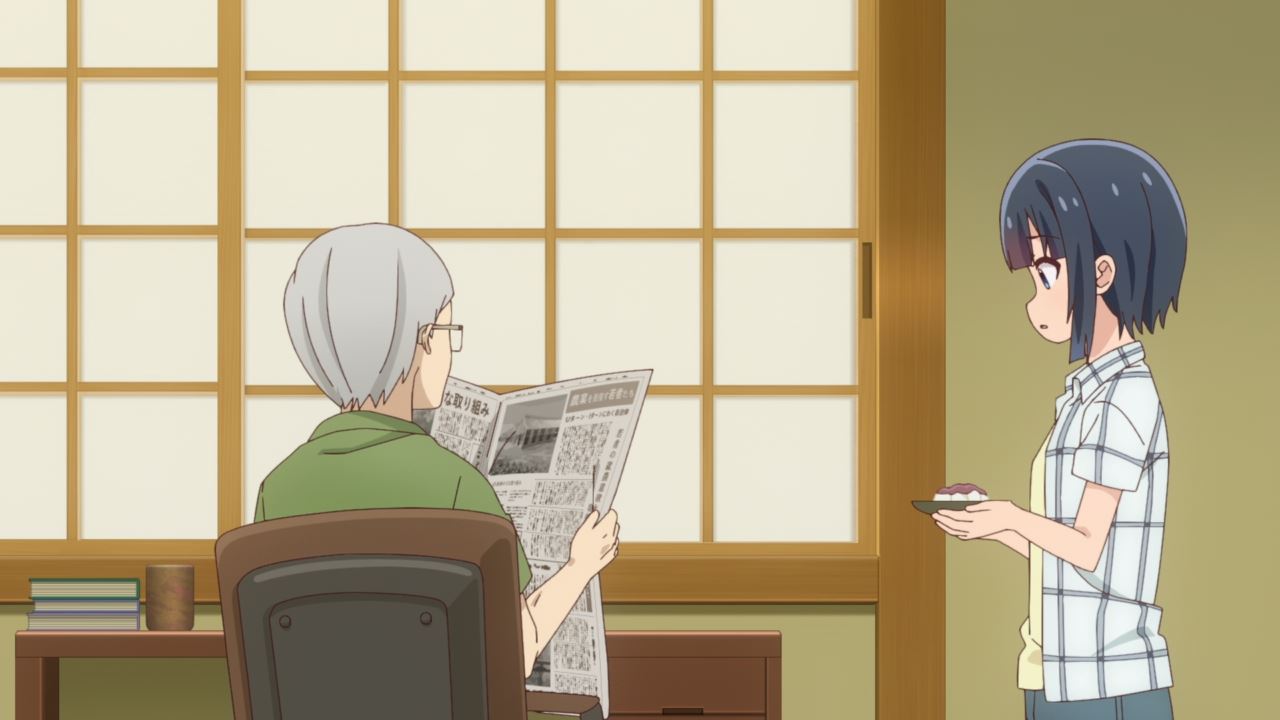 Anyways, Hiyori offered a plate of dumplings to her grandfather, but he didn’t say anything other than nodding. 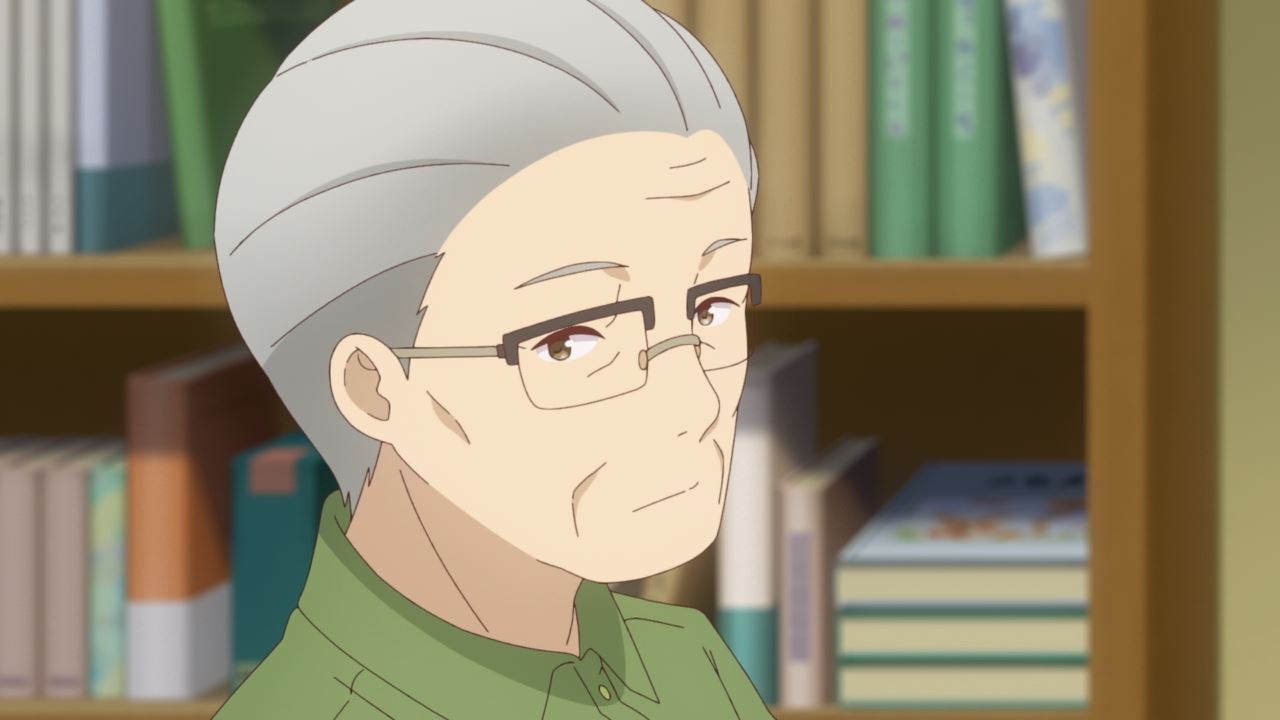 Turns out that Hiyori’s grandfather doesn’t talk much and while she thought that he’s angry, especially when he has back pain, her grandpa is a really nice guy. 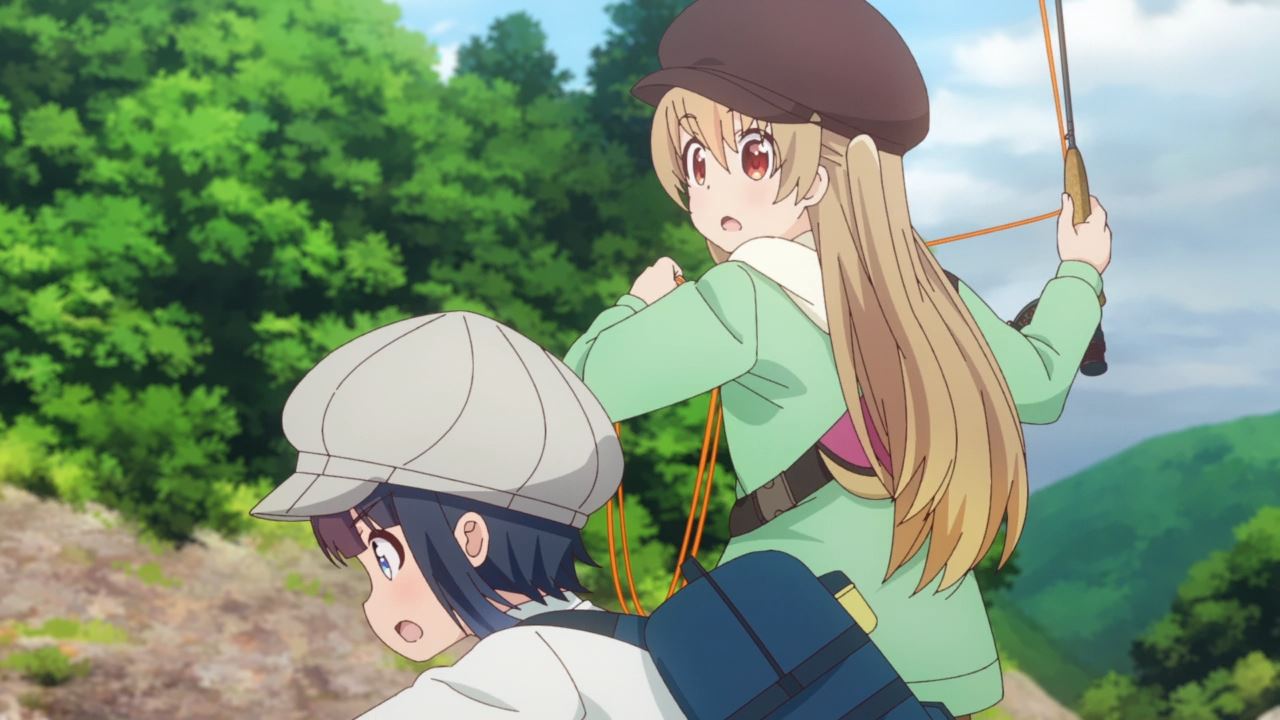 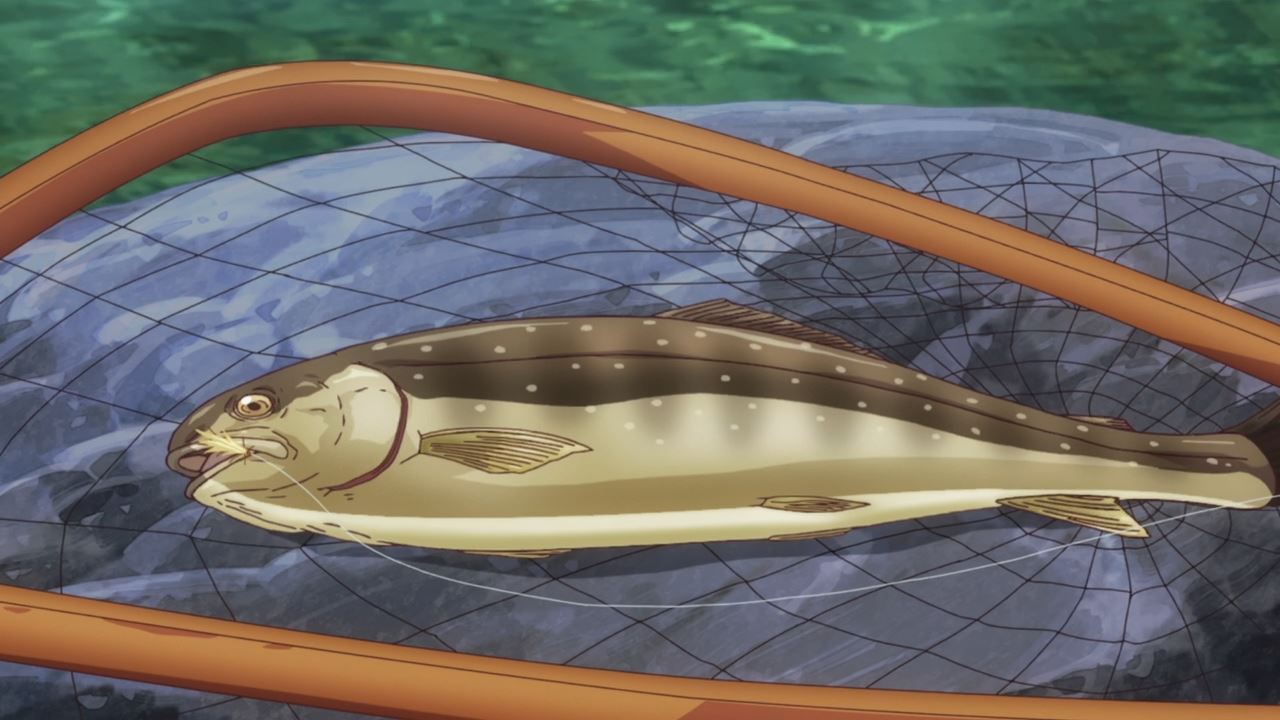 Now then, time for these girls to catch some rock fish where Hiyori and Koharu worked together to catch a char. I have a feeling that it’ll be used as a dish later. 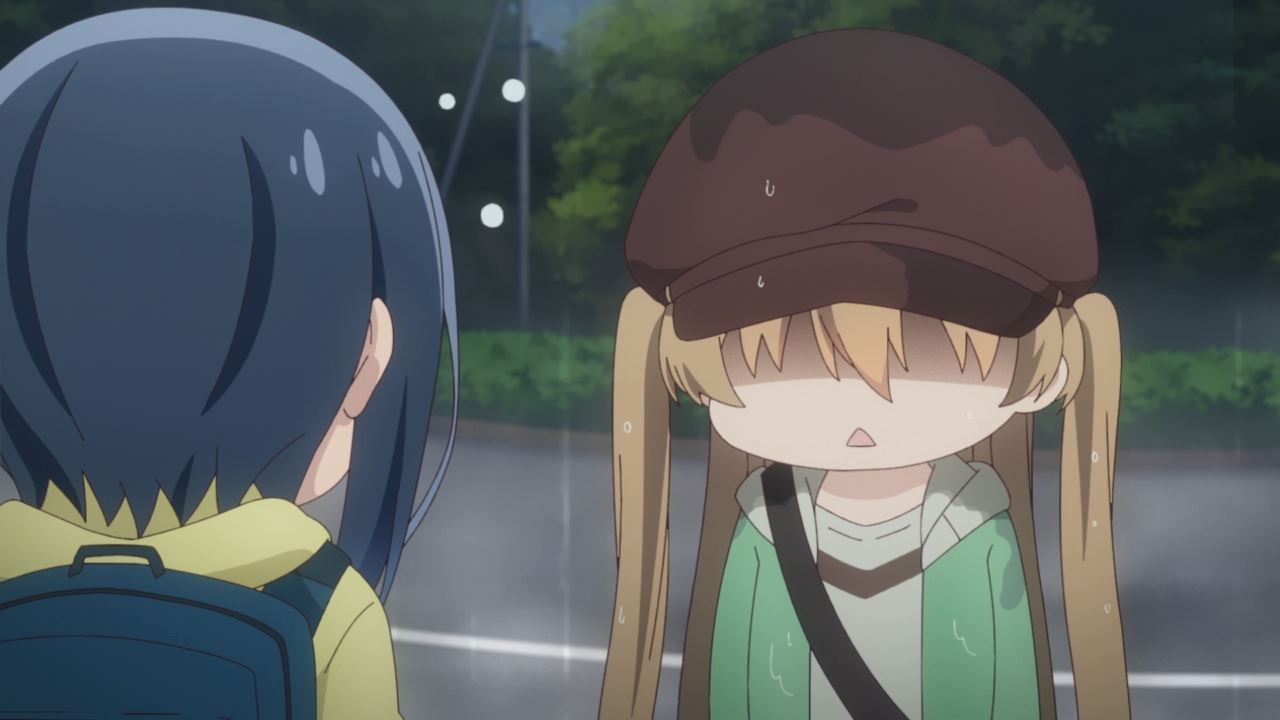 Unfortunately, their fishing session got interrupted by rain and it appears that Koharu got drenched badly. Man, I wish she brought her raincoat on. 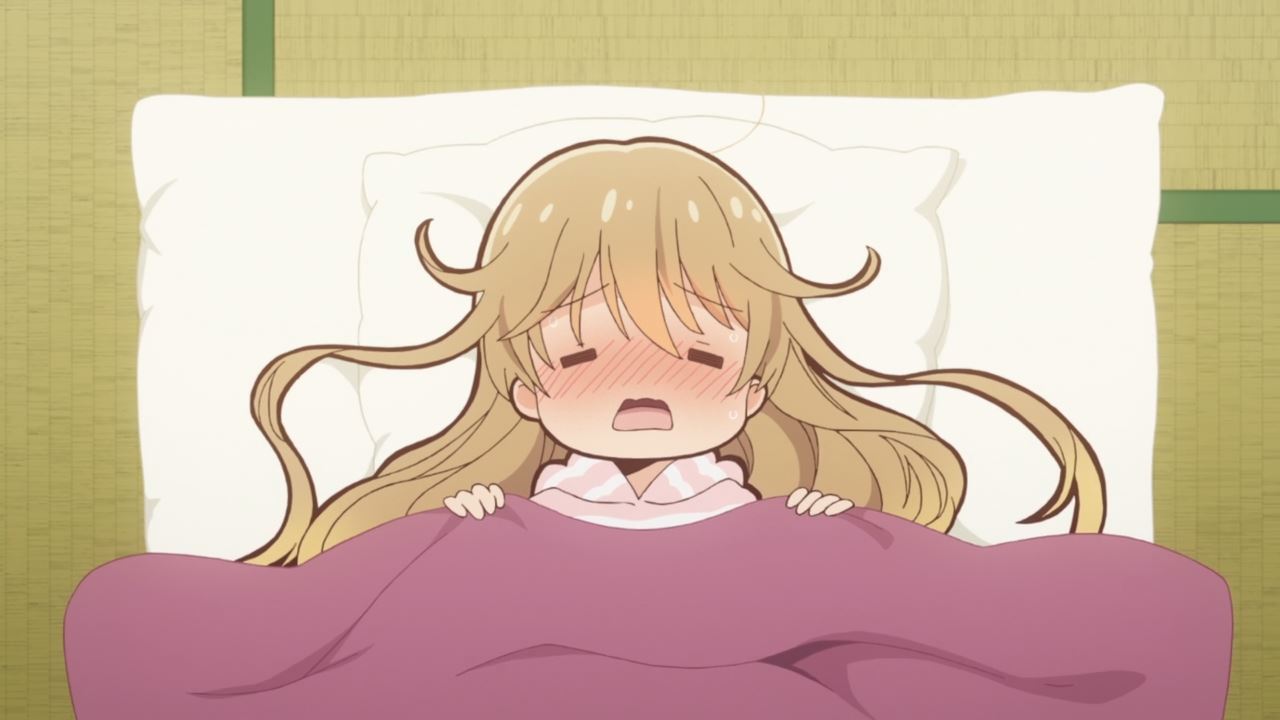 But it gets even worse when Koharu caught a fever after getting drenched in the rain earlier. Oh boy, Koharu’s dad Issei is really worried about his daughter. 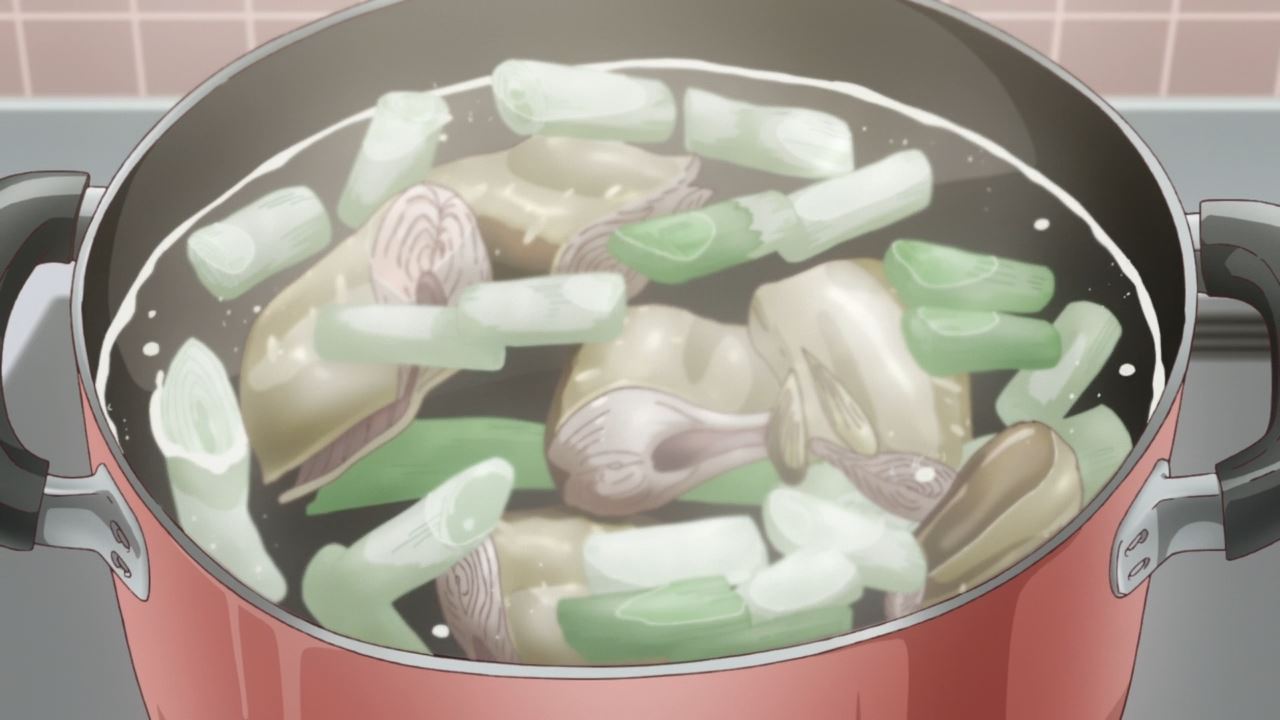 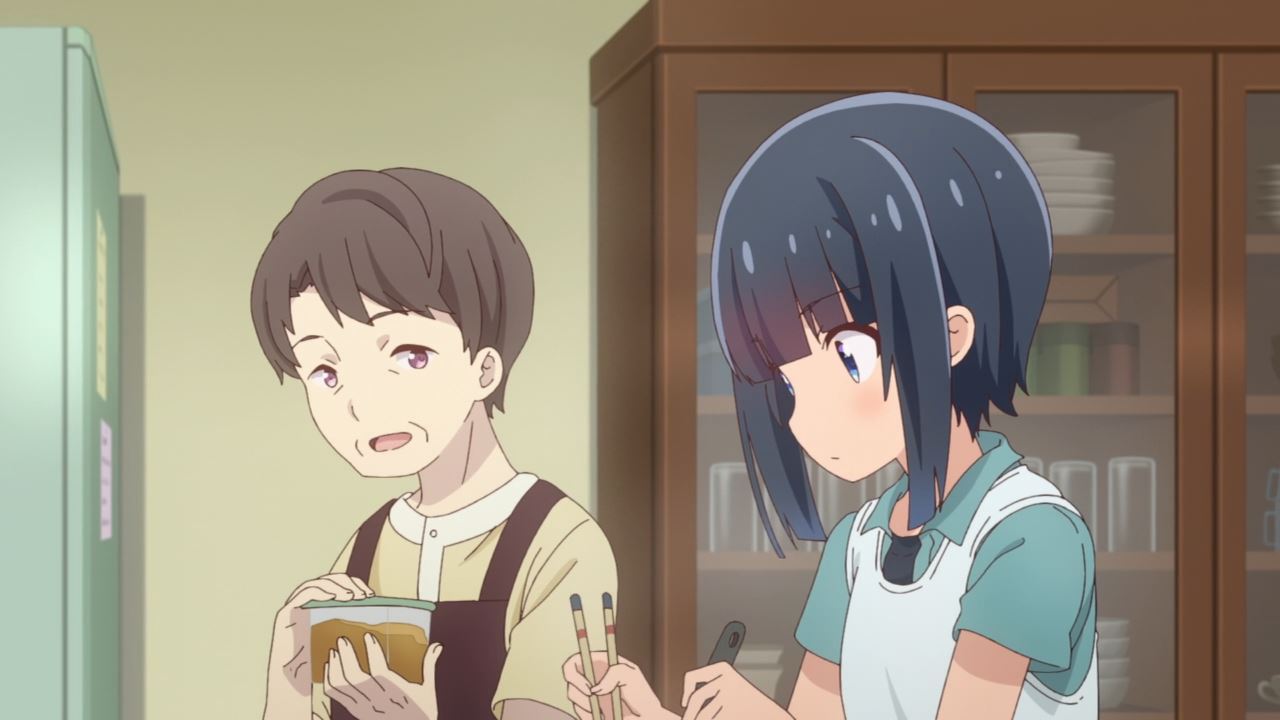 Fortunately, looks like someone step up their game as Hiyori decided to make some char soup as her grandmother helps her prepare and cook the soup.

I’m really glad that Hiyori went out of her way to learn how to cook food for herself and her family. Let’s hope that Koharu is still okay. 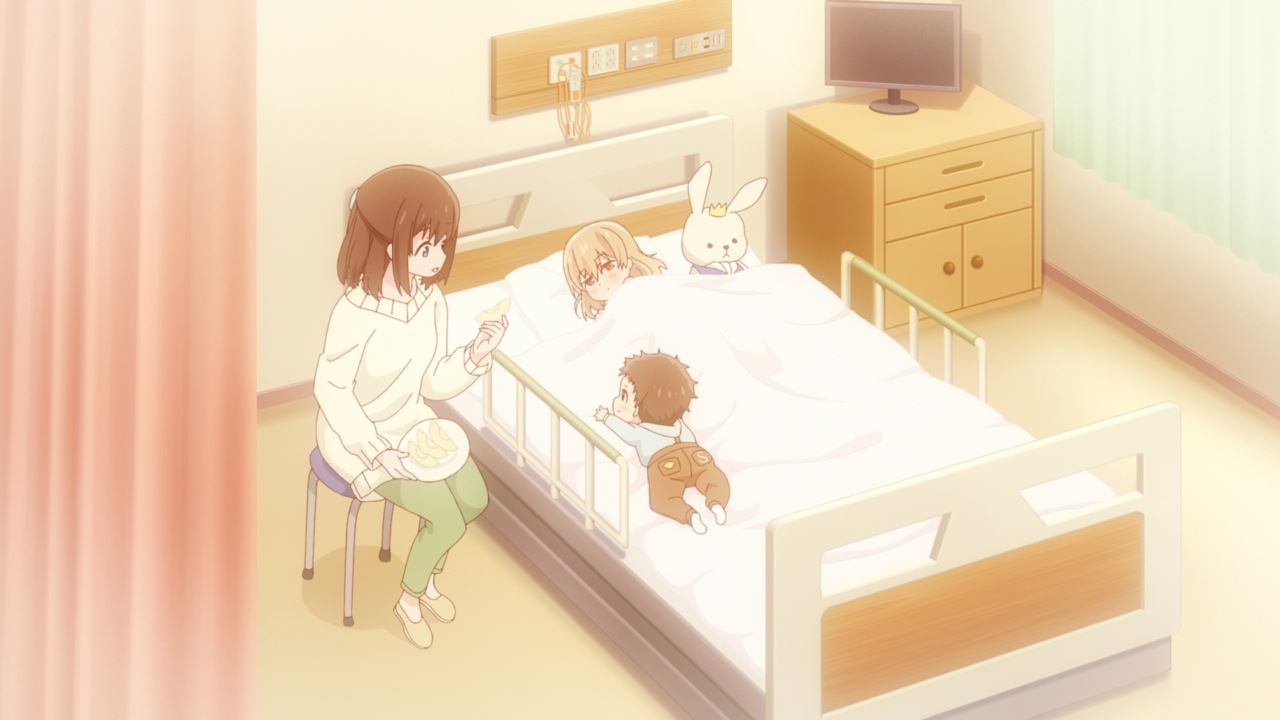 But speaking of Koharu, she’s dreaming about the time her biological mother Yuuko-san and her little brother Natsuki took care of her when Koharu was just a sickly young girl.

While it’s still sad that her mother and little brother died, Koharu is no longer alone as she has Hiyori at her side. Oh, and her father and step-mother too. 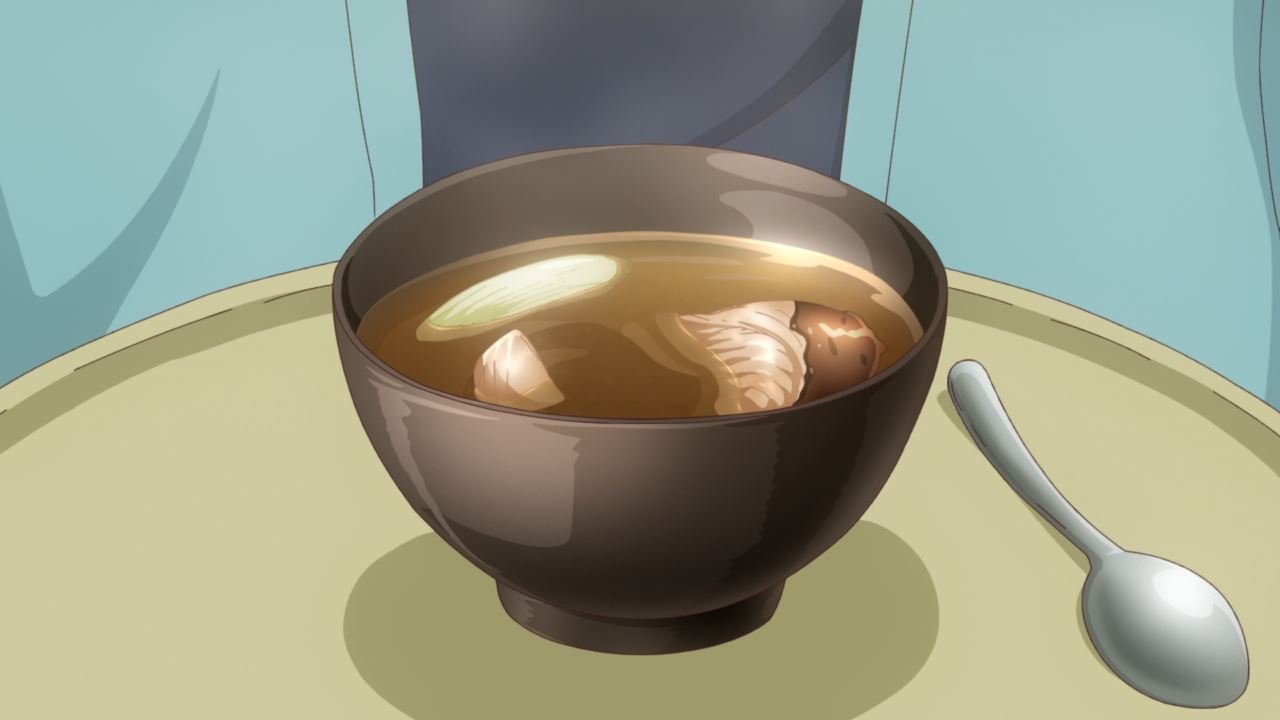 Anyways, looks like Hiyori is done making some char soup. Now, the only left to do is for Koharu to eat it. 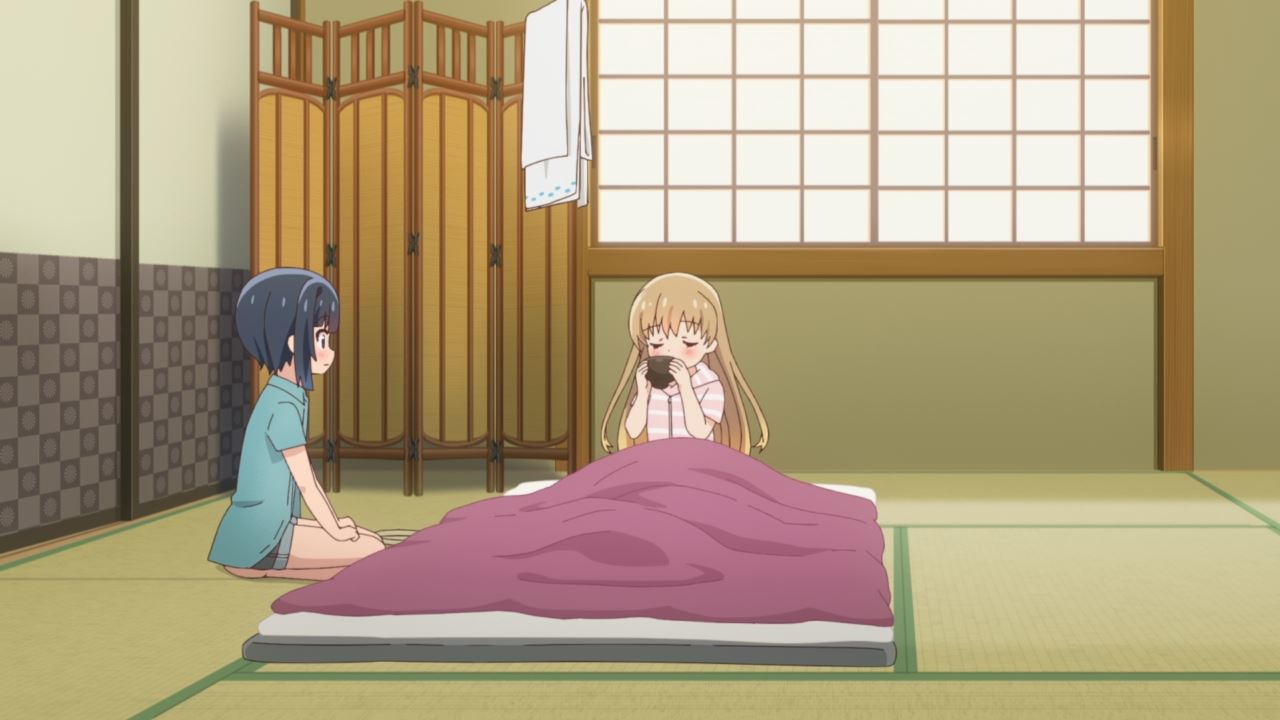 Fortunately, her strength has been reinvigorated upon eating a bowl of char soup. Not bad for a first-timer as Hiyori managed to make a decent meal for her step-sister. 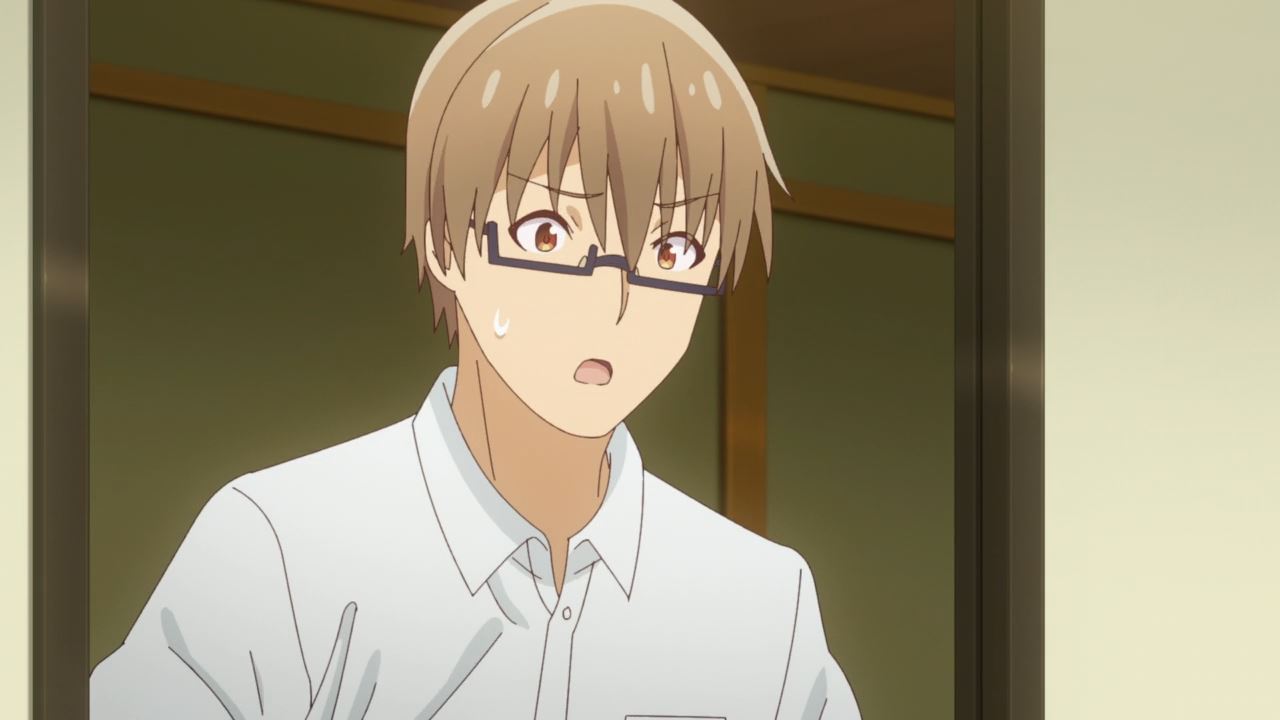 One last thing, here’s Issei-san where he just arrived to see if Koharu is okay. Um Issei-san, there’s nothing to worry about ’cause Koharu recovered from her fever. 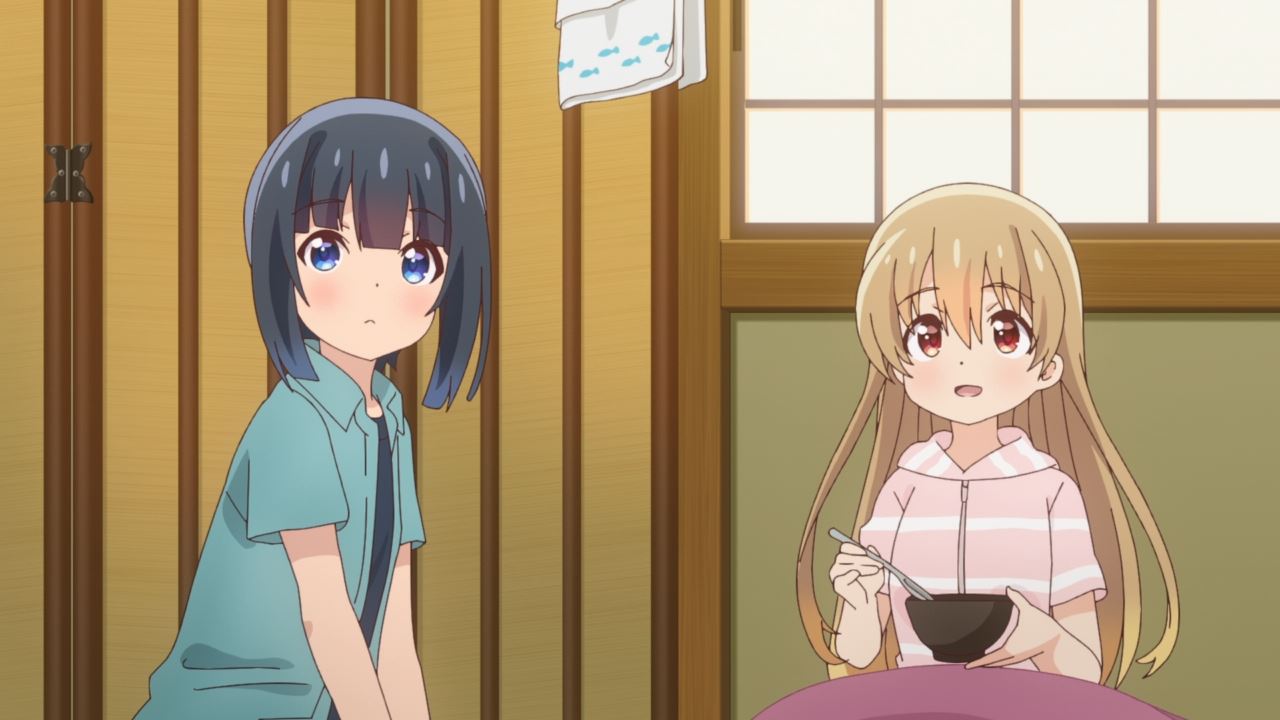 See, she’s okay now! Still, I’m glad this episode shows on how to challenge one’s self to save others. In the case of Hiyori, she’s grown to become a reliable sister to Koharu.

On the other hand, I wish Hiyori’s grandfather would talk to his granddaughter sometimes… unless he has communication problems. But anyways, I’ll see you next time!