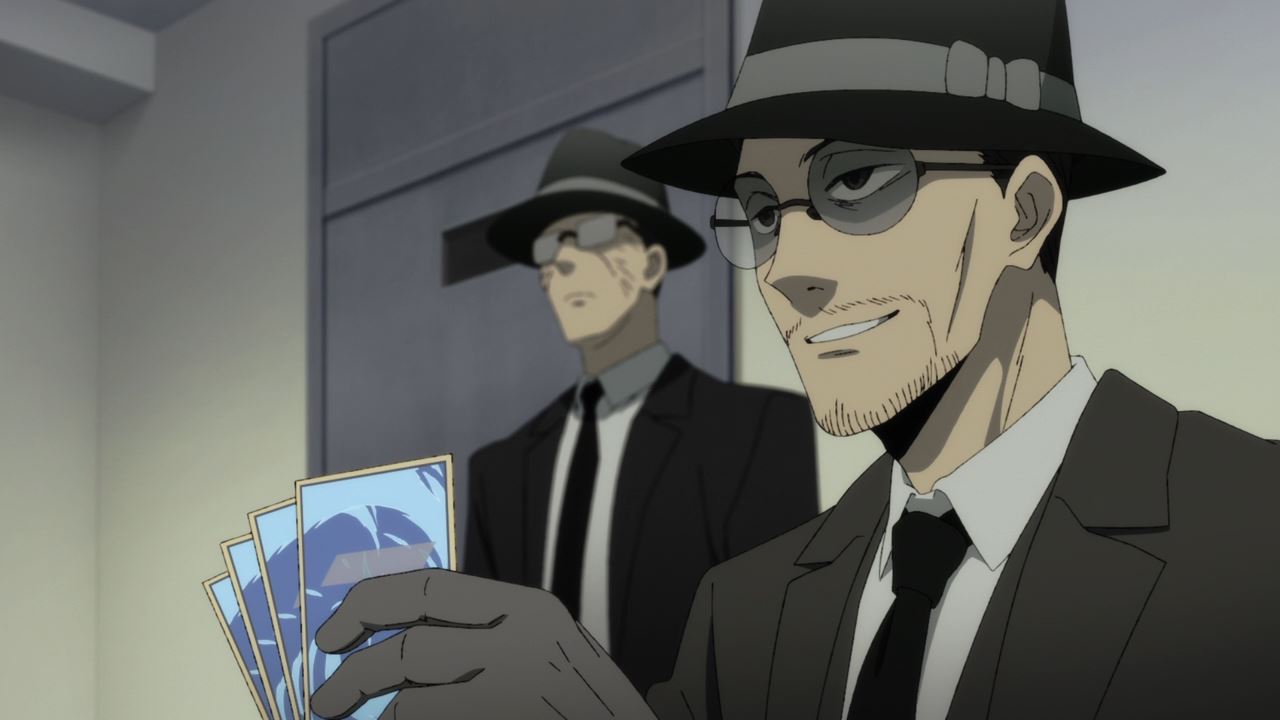 Oh Kenjiro Tsuda, you really want to make a shout-out to Seto Kaiba as your character Governor Kurokawa plays a trading card game.

But let’s move onto this episode where the governor expects Milo Nekoyanagi to arrive at the Shimobuki Base to rescue his sister Pawoo and Jabi-san. 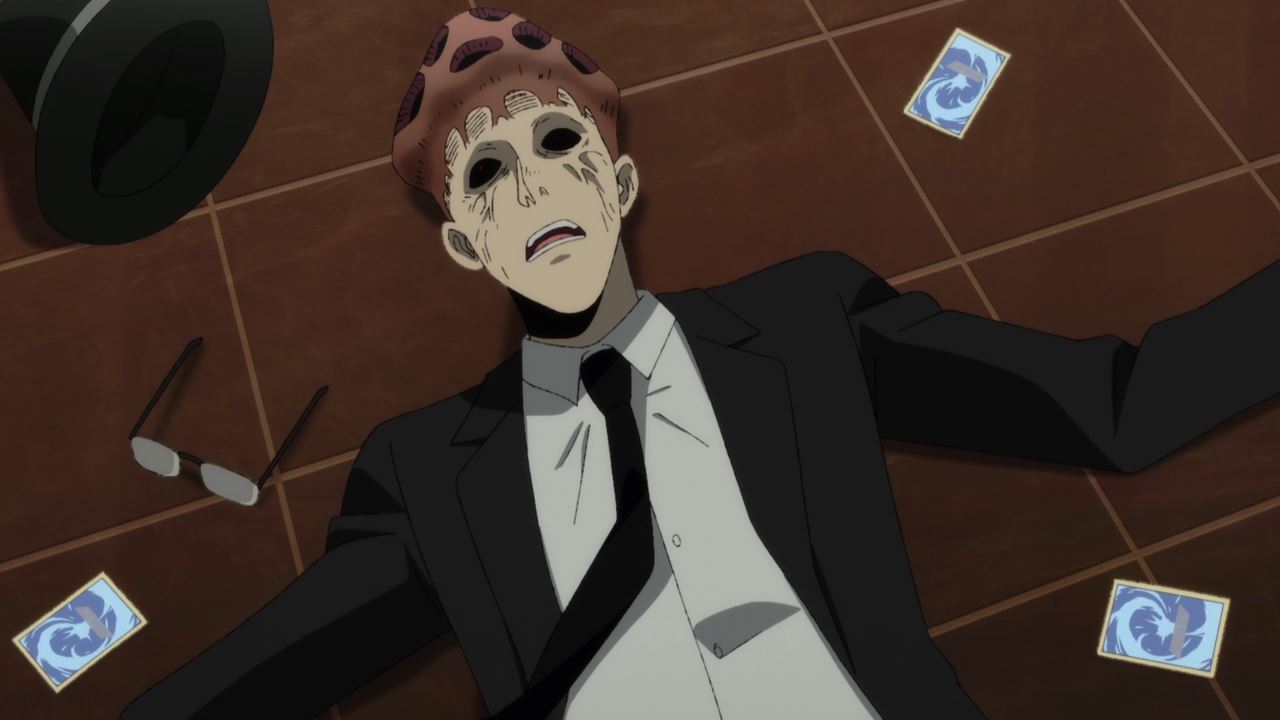 Oh by the way, it appears that Kurokawa’s elite soldiers got a large mushroom on their heads. Kinda grotesque-looking where it turns everyone into zombies. 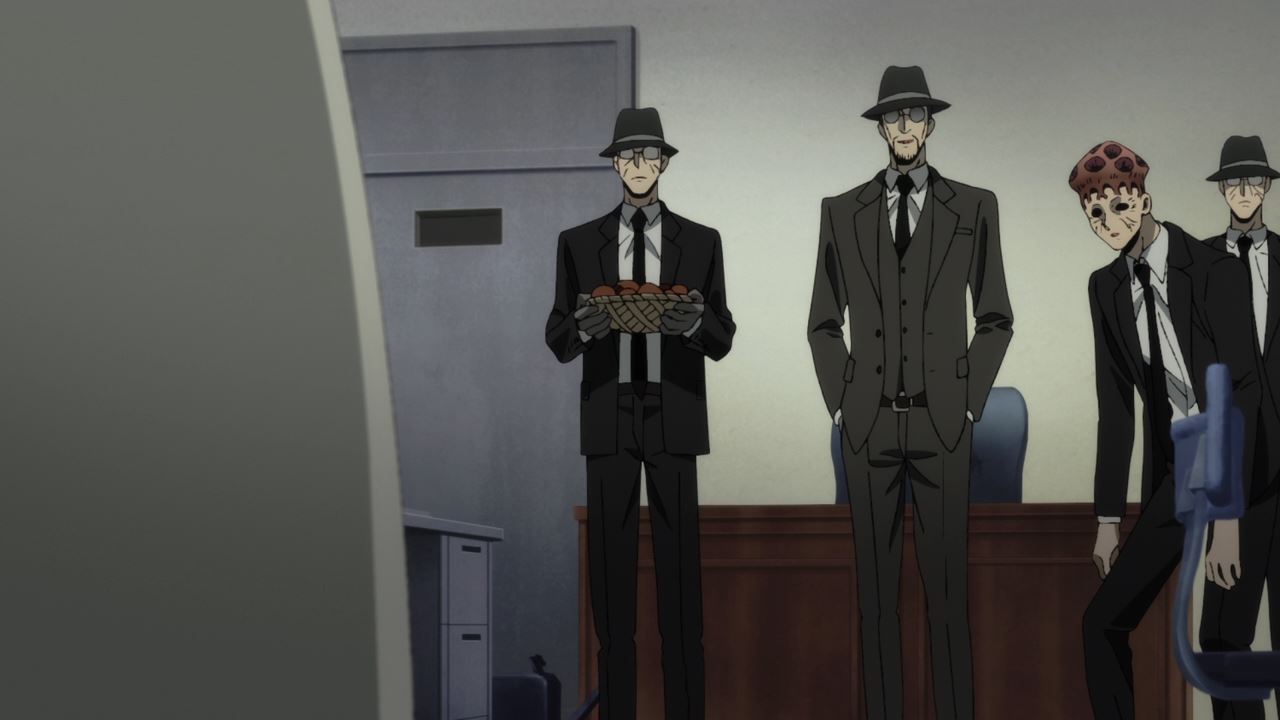 Anyways, looks like the prey has finally arrived as Milo Nekoyanagi is about to reveal the secrets of the Rust-Eater mushroom. 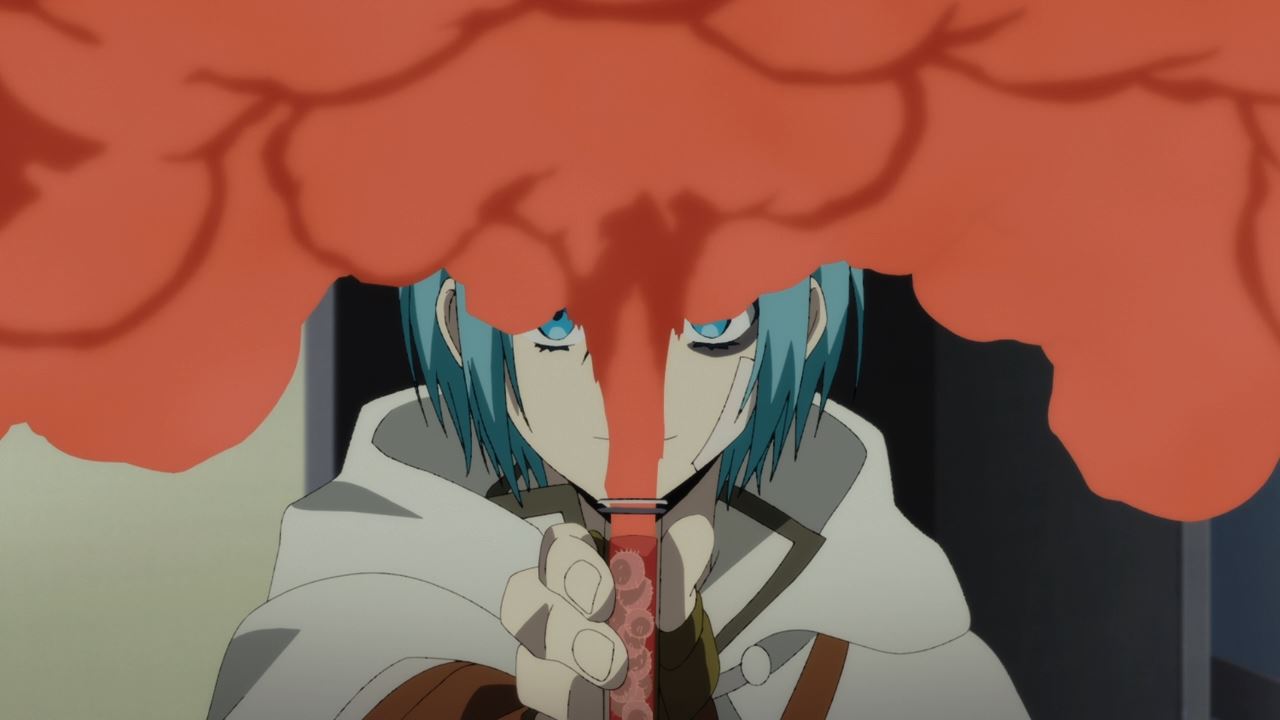 Just kidding, Milo decides to create a smokescreen that paralyzes anyone who inhales it. Gotta give props to his bravery… 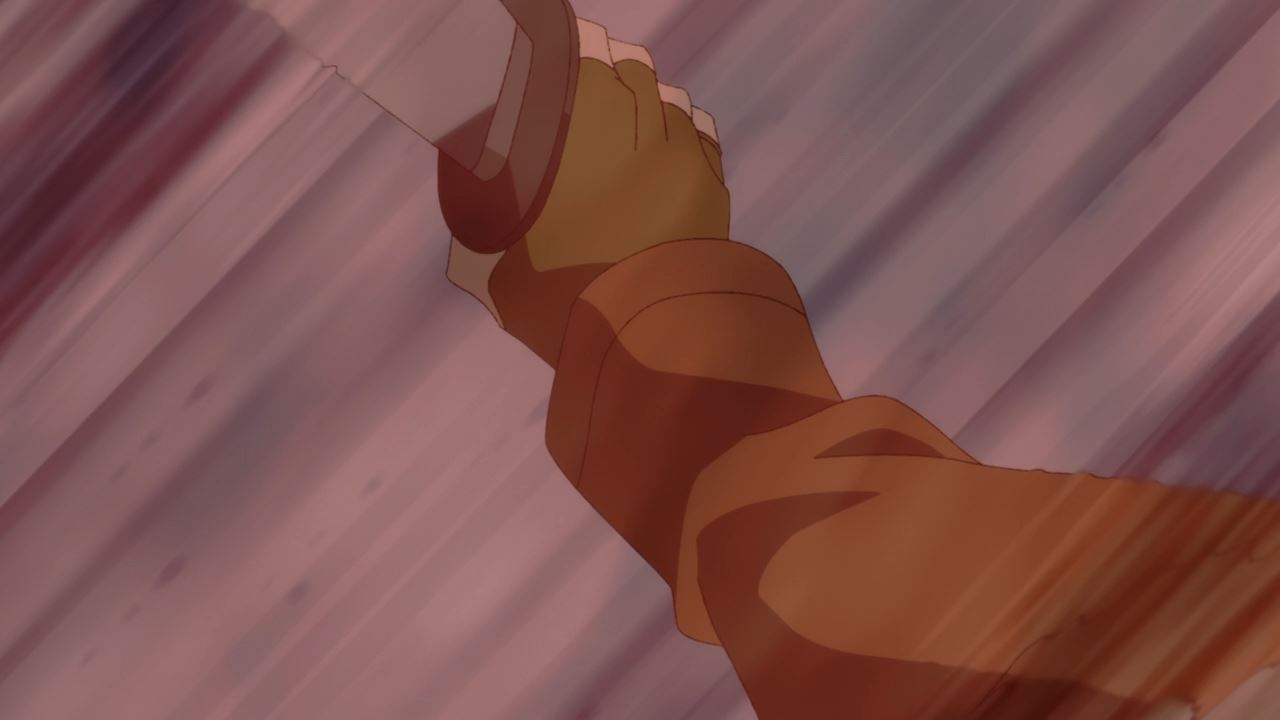 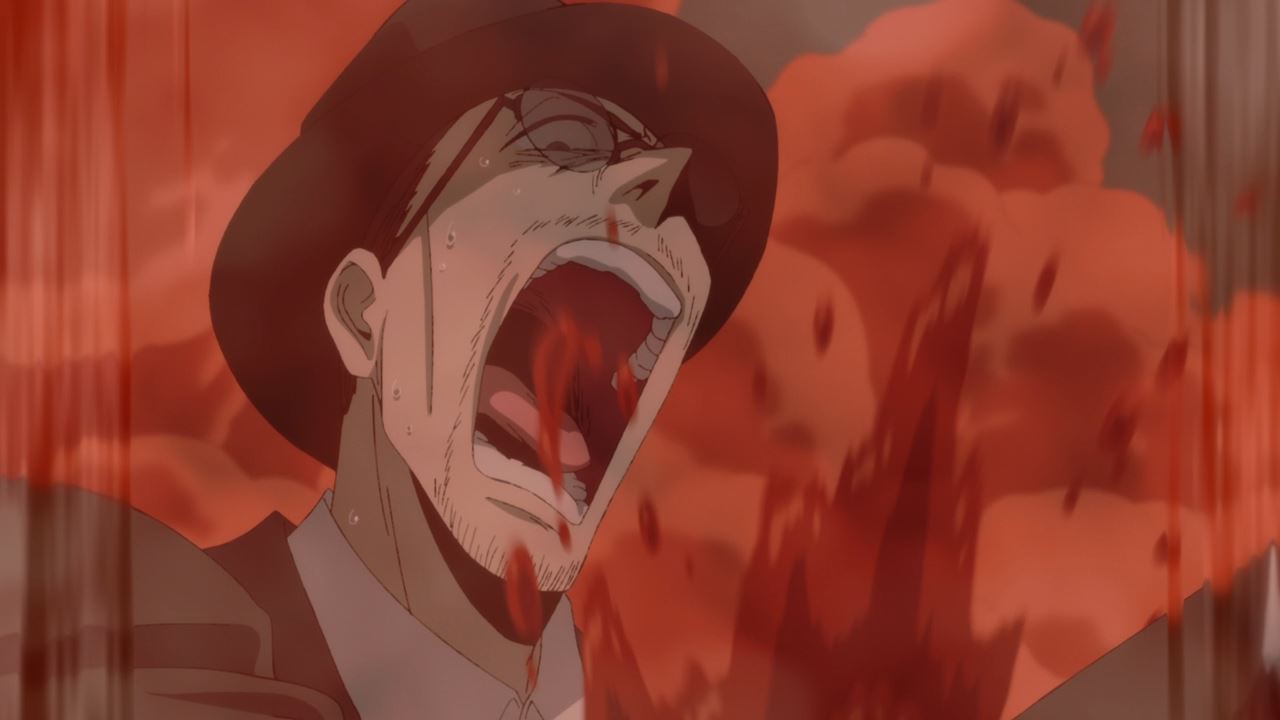 …especially when Milo slashes Kurokawa with a knife. Looks like the governor is not dealing with the average doctor anymore. 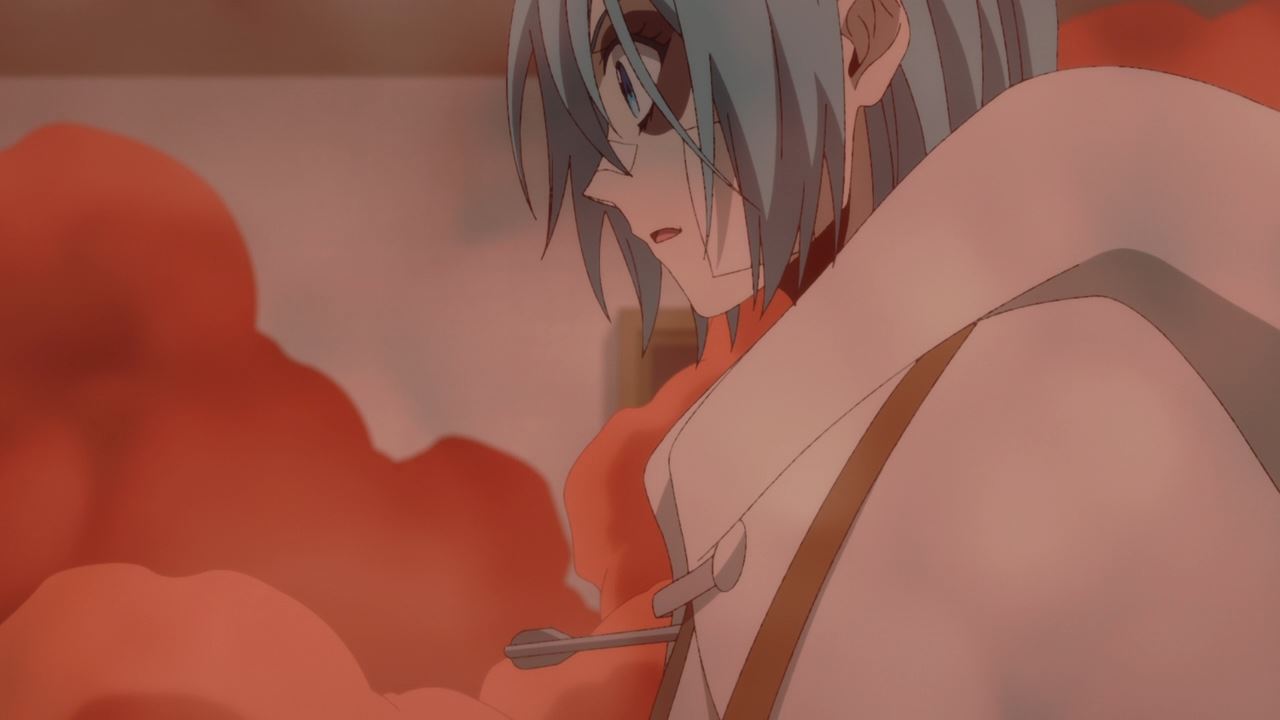 Unfortunately, Milo Nekoyanagi got hit by an arrow coated with a special puppetshroom toxin, making it easier for the governor to take control of Milo. 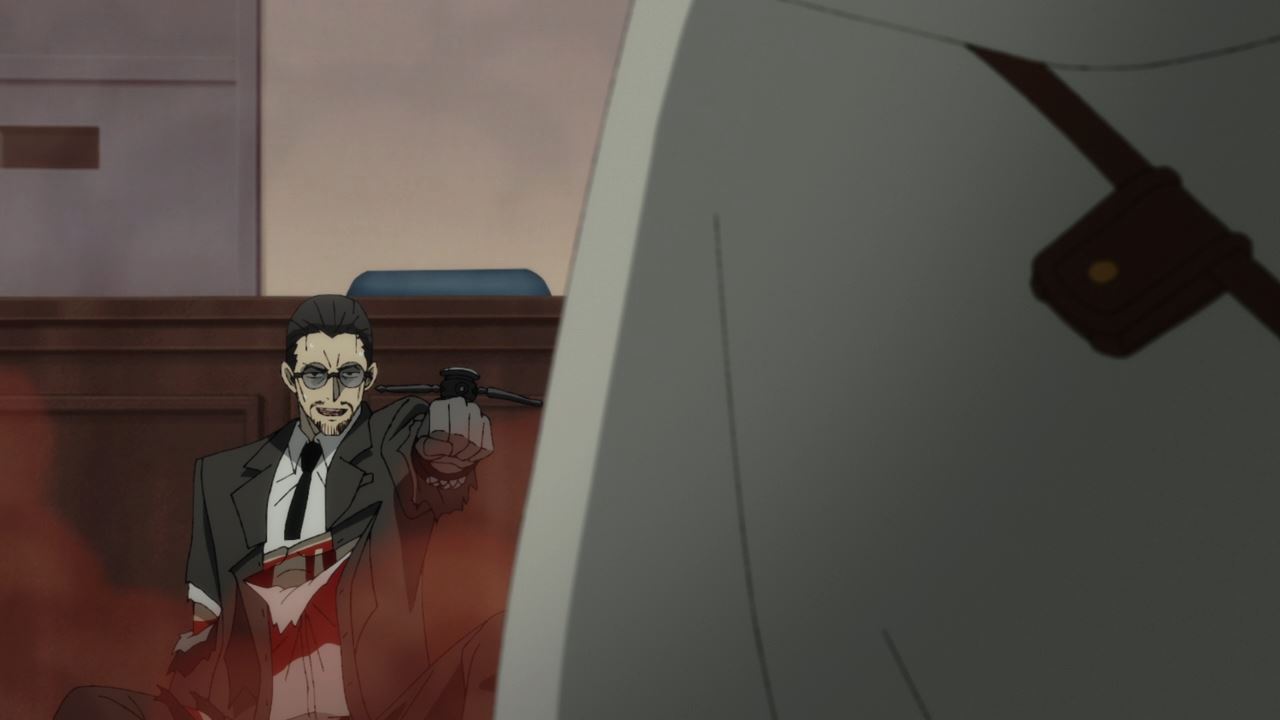 And speaking of Kurokawa, that puppetshroom toxin isn’t made by some random Mushroom Keeper ’cause it turns out that the governor is actually a former keeper. Oh my god, what a revelation there!

But come to think of it, I wonder if Governor Kurokawa happened to be that mysterious Mushroom Keeper from Episode 5? I mean, there’s a chance that he might have experimented various people before becoming a governor of Imihama.

One more thing, I forgot to mention that Governor Kurokawa is the one who spread false rumors that Mushroom Keepers are the ones who spread Rust across the land. Man, I have more reasons to hate this bastard! 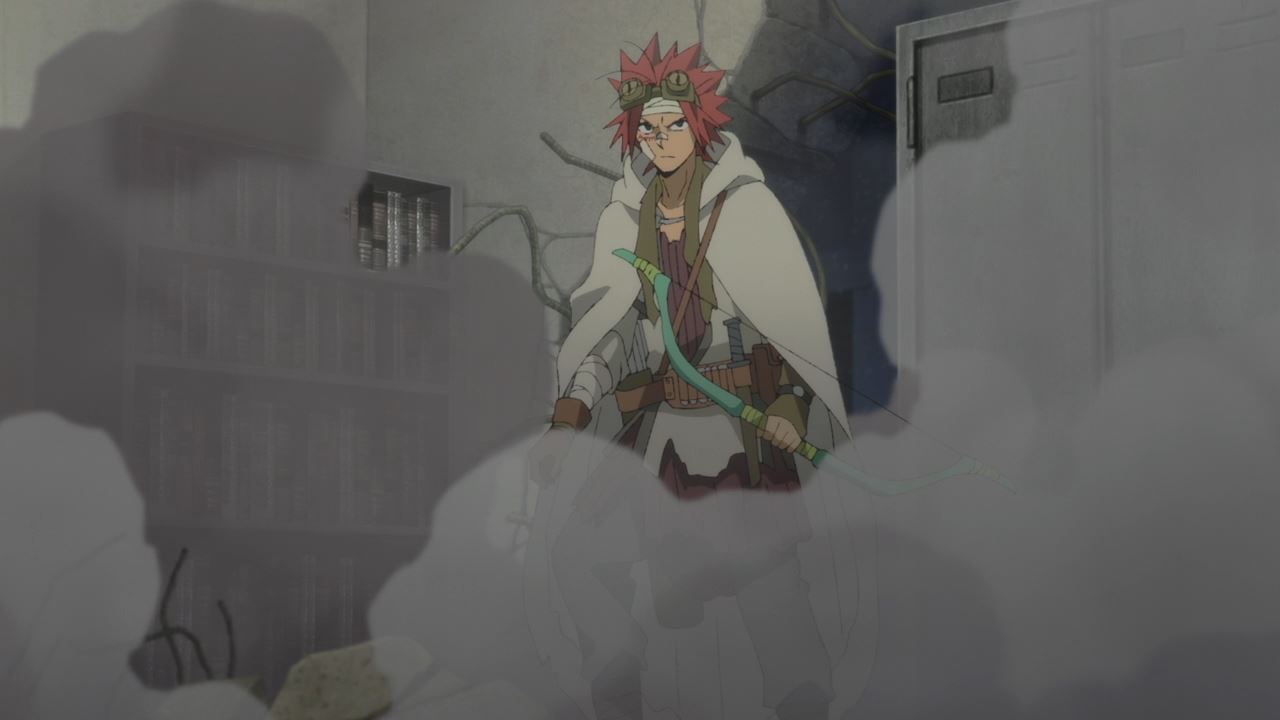 Meanwhile, looks like Bisco Akaboshi has arrived in Shimobuki Base to save his partner from Governor Kurokawa. Then again, I’m not sure if he’s okay since he got shot by Kurokawa in the previous episode. 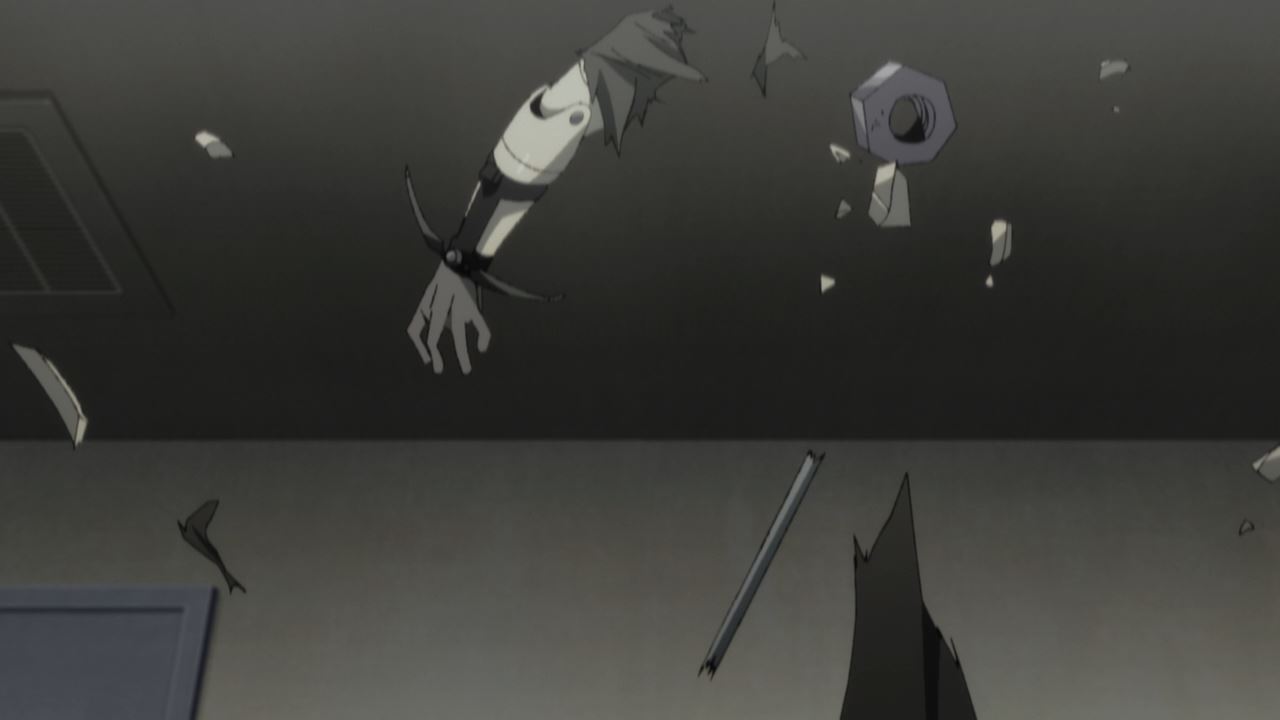 But that doesn’t matter anymore ’cause Bisco shot Kurokawa’s left arm which turned out to be a prosthetic one. Of course, it’s not over yet though! 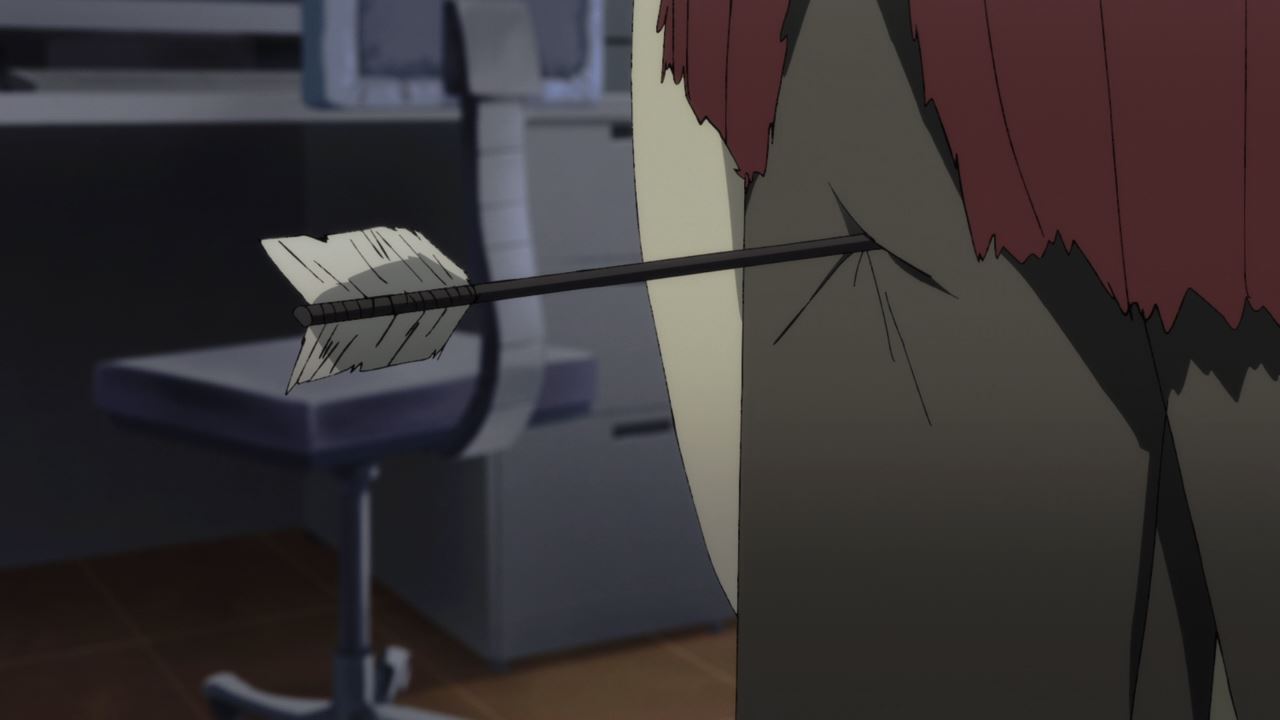 Turns out that Bisco got shot by a rust-coated arrow. Oh yeah, I forgot to tell you that Kurokawa has control over Milo thanks to the puppetshroom. 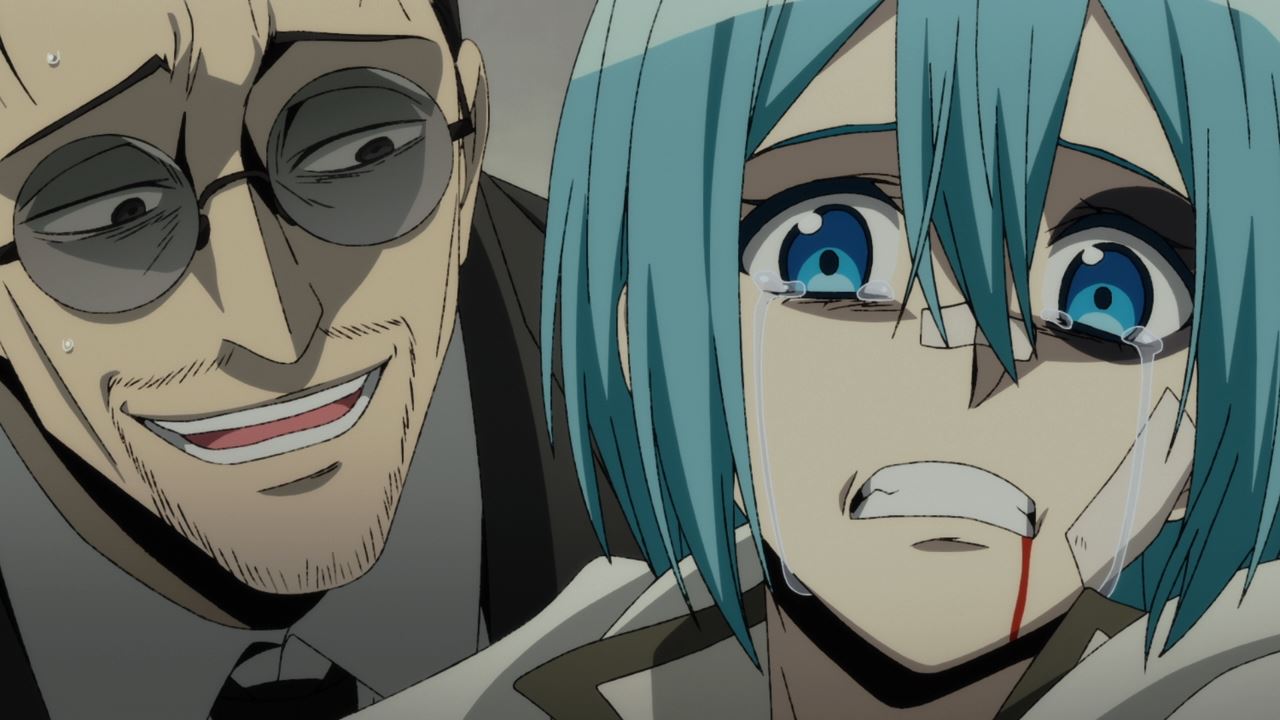 But yes, the governor made the cruelest thing ever by controlling Milo Nekoyanagi and then shoot Bisco Akaboshi with an arrow that’ll spread the Rusting disease across his body. 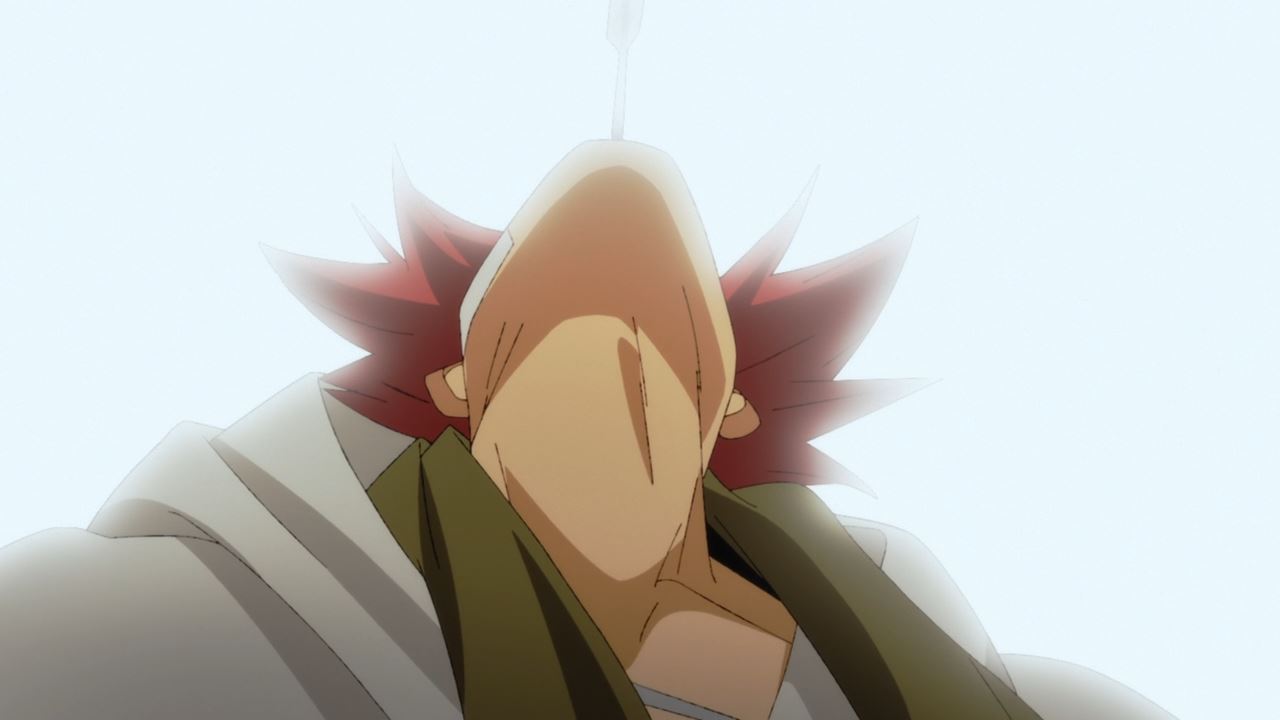 Anyways, Governor Kurokawa forced Milo to shoot Bisco to the head, but the Mushroom Keeper did the unthinkable by catching the arrow with his teeth. 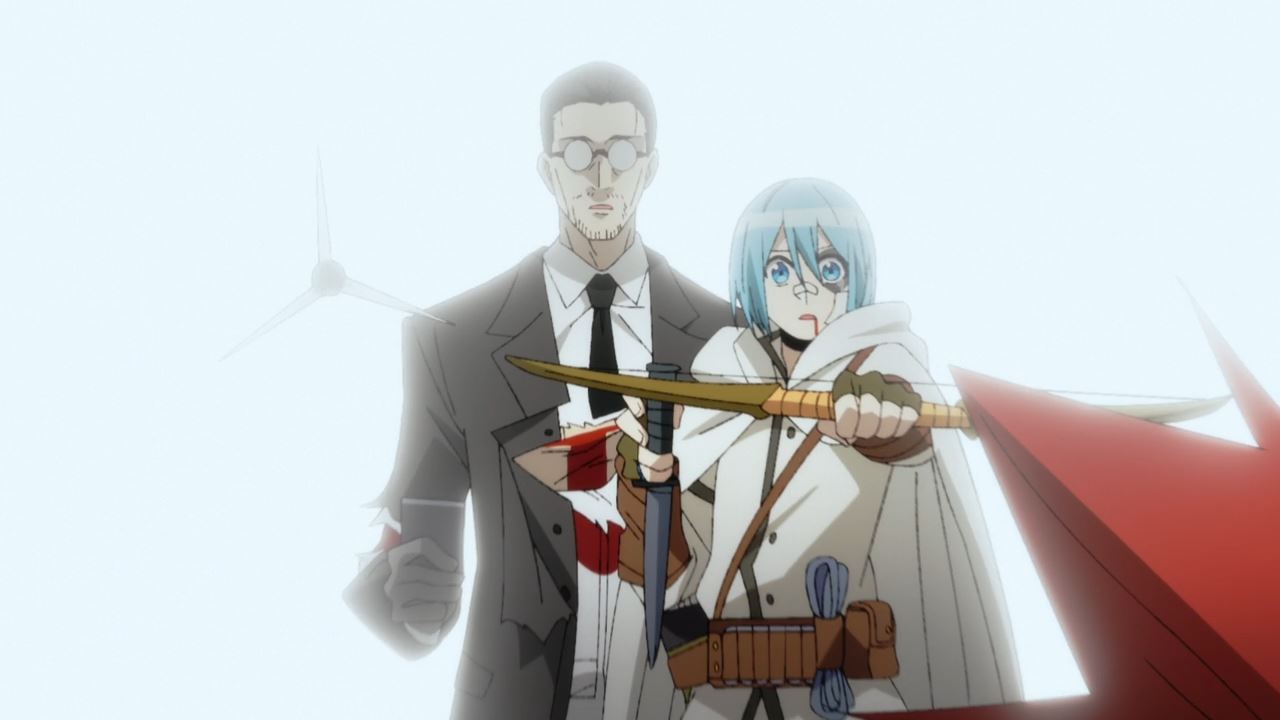 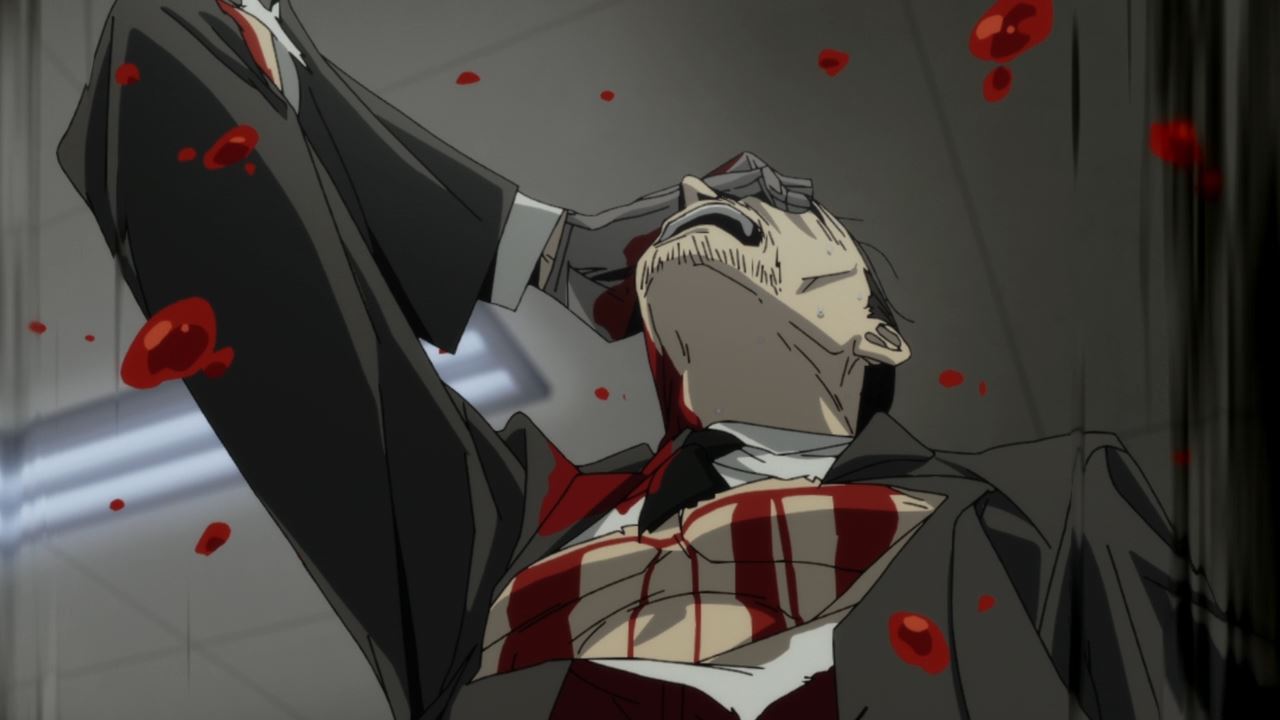 And then throw the arrow straight to the governor’s face. Gotta admit that Bisco catch and throw that arrow like a fuckin’ madman! 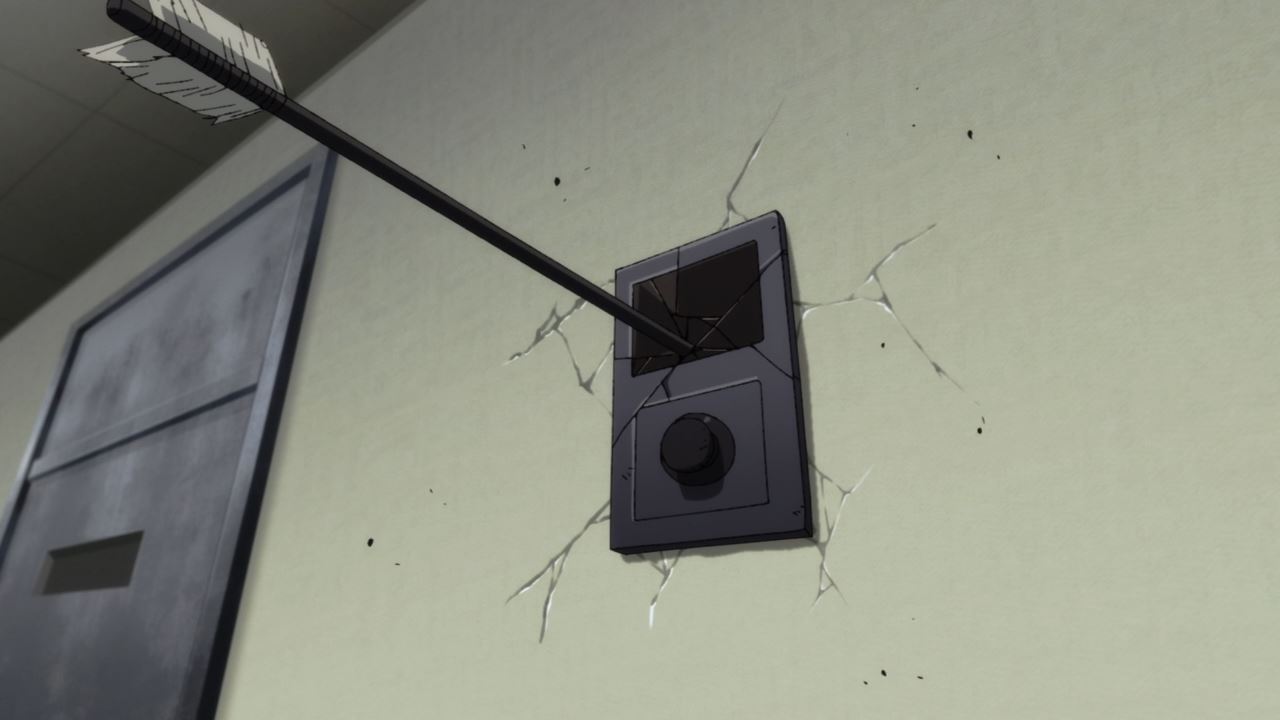 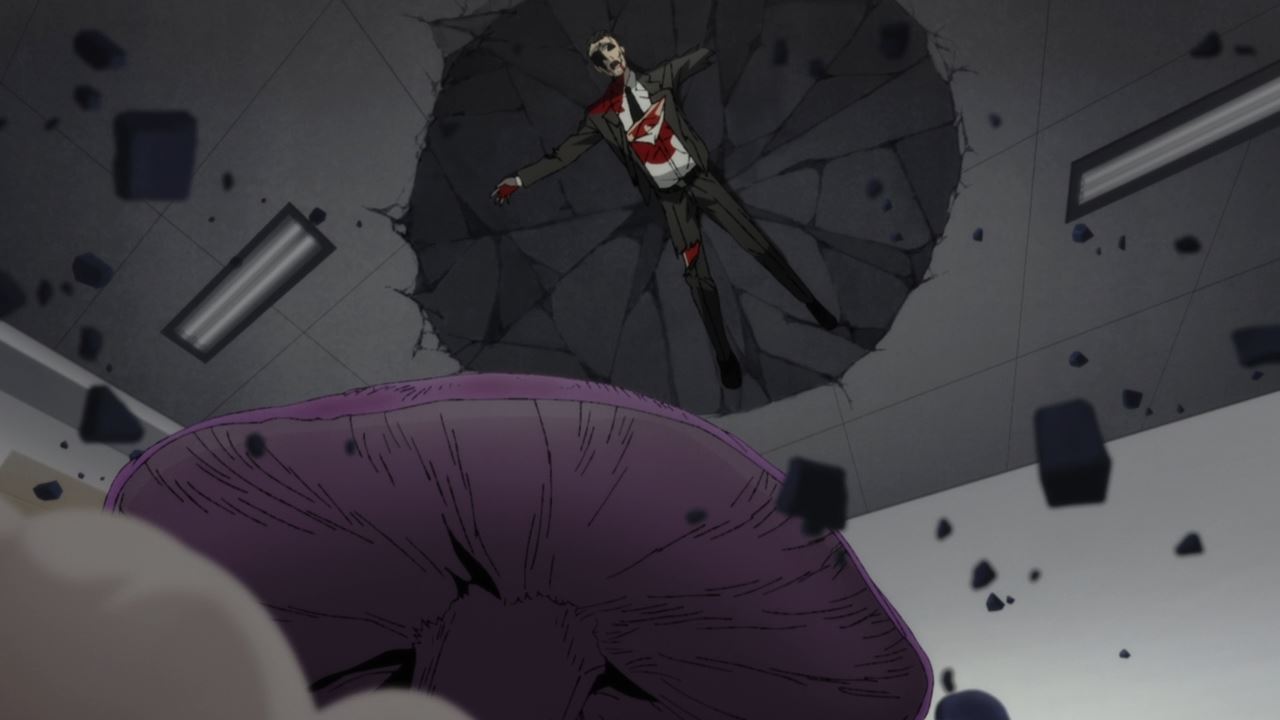 Oh and one more thing, someone destroyed the remote control while creating a giant mushroom that slams the governor towards the ceiling. Okay, is someone arrived to help both Bisco and Milo? 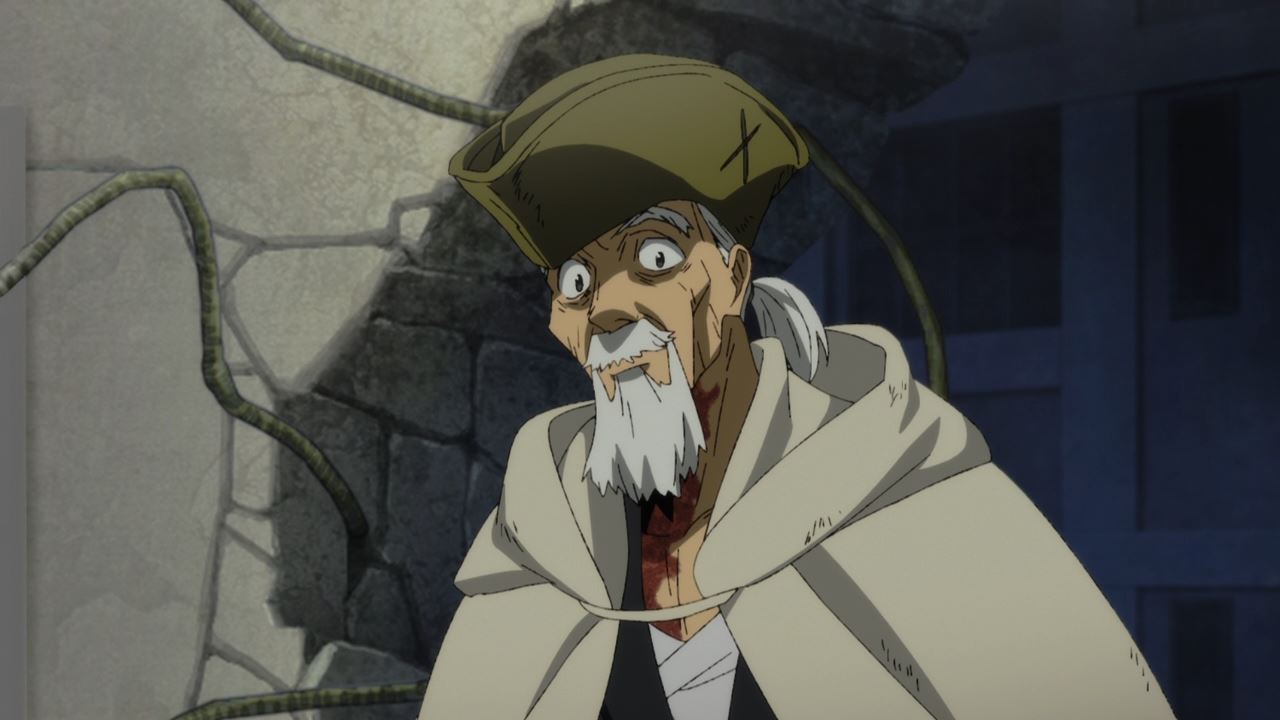 Well it’s none other than Jabi where the old master somewhat escaped from his prison yet again. Oh, and he saved both of them from Kurokawa’s sick game.

By the way, what happened to Pawoo Nekoyanagi since she’s also captured by the governor? 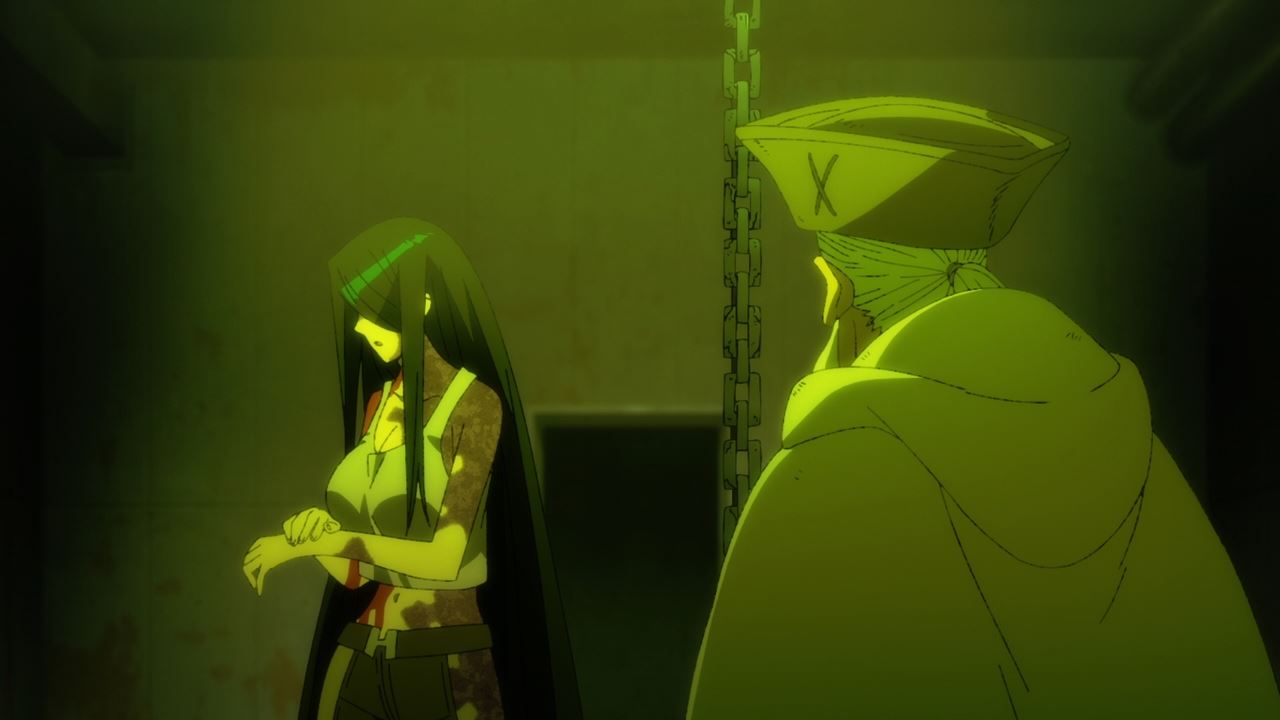 Oh, Jabi has that covered where the old man rescued Milo’s big sister. Well then, I hope Pawoo will be okay as Bisco and Milo might see her again. 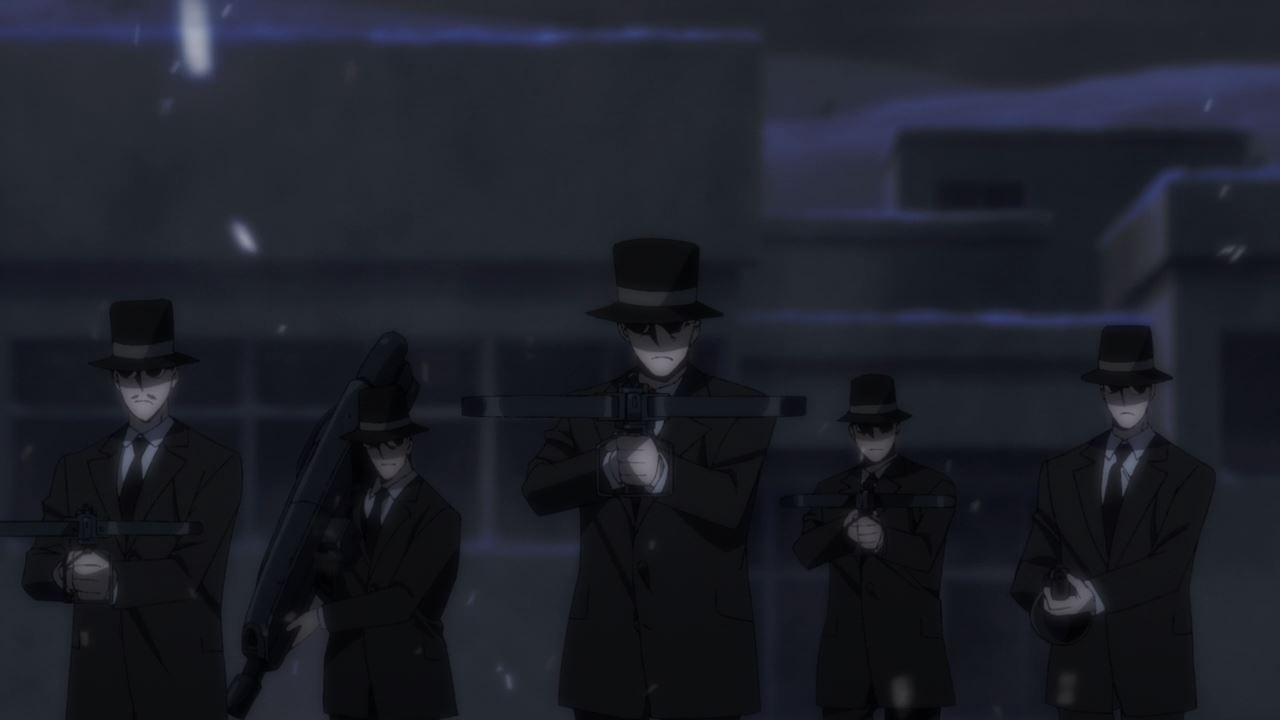 For now, it’s time for Bisco, Milo, and Jabi to get out from the Shimobuki Base as soon as possible.

Of course, they have to dodge various bullets and bolts from Kurokawa’s elite forces. Still can’t believe that they’re being controlled by the governor’s fungi. 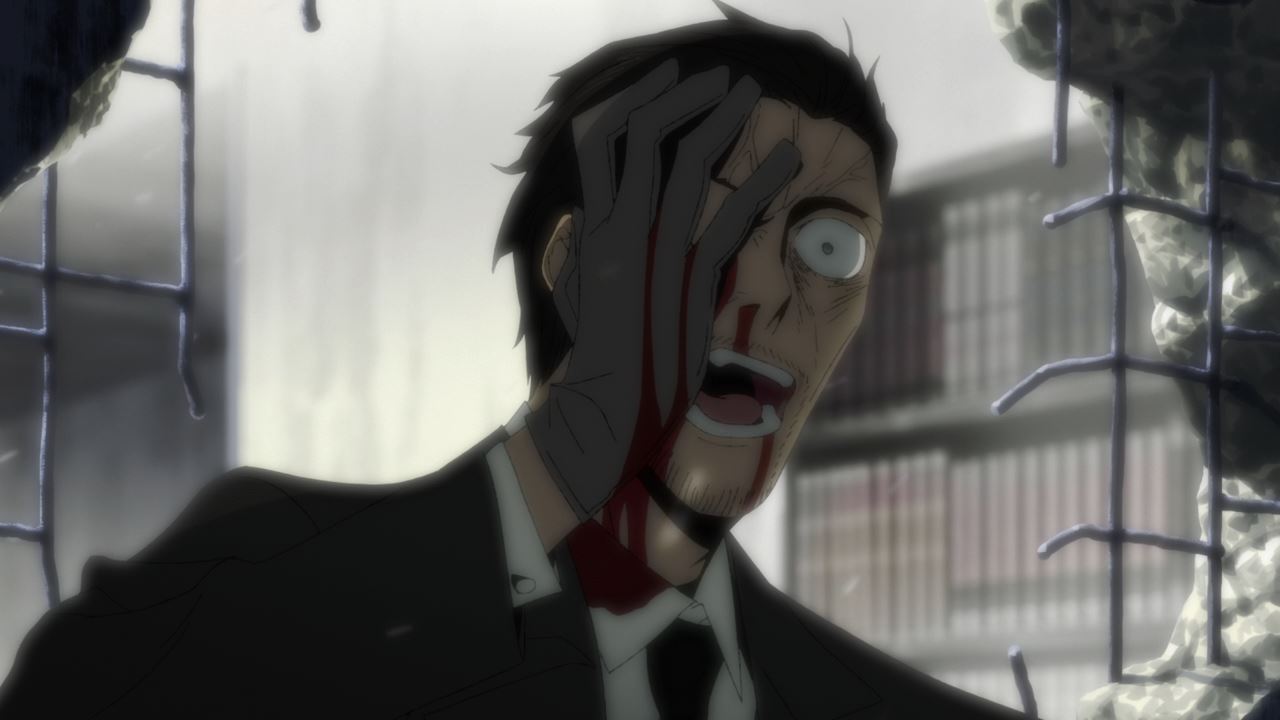 Meanwhile, here’s Govenor Kurokawa where he’s still alive after losing his right eye. That bastard is still resilient even after Jabi destroyed him. 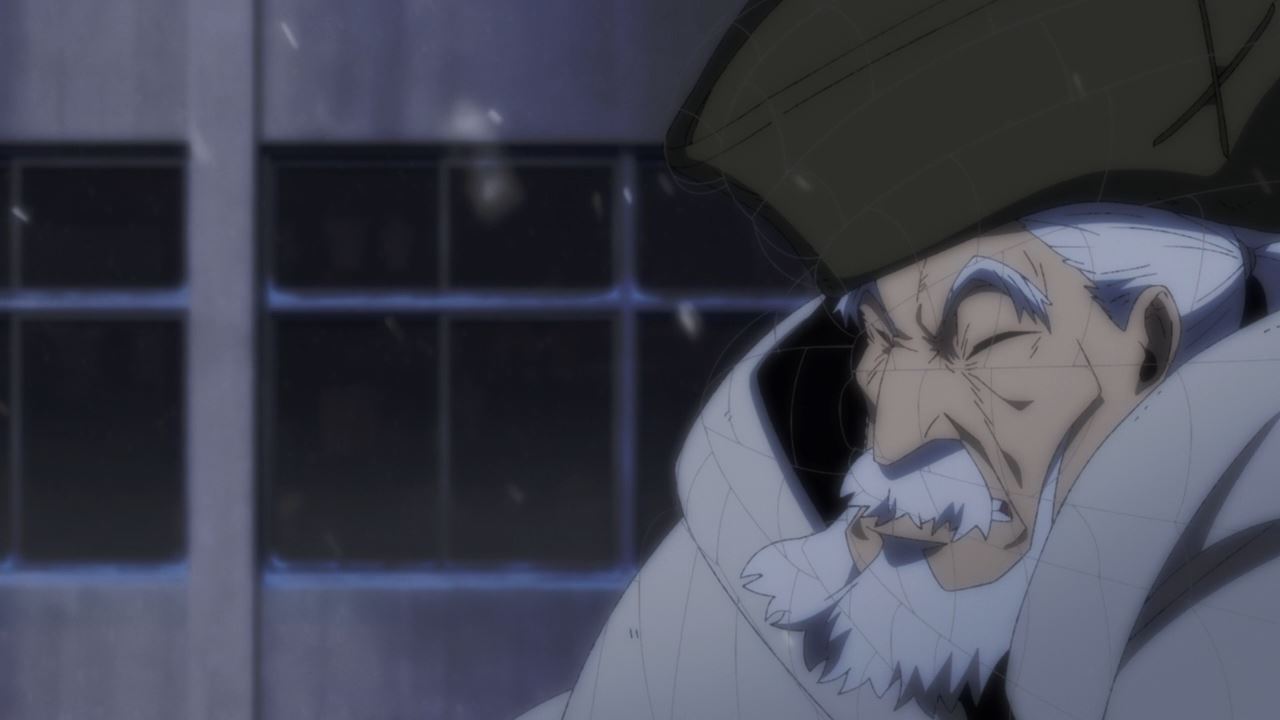 And speaking of Jabi, he got captured again. Oh c’mon old man, you should escape along with Bisco since you can set yourself free! 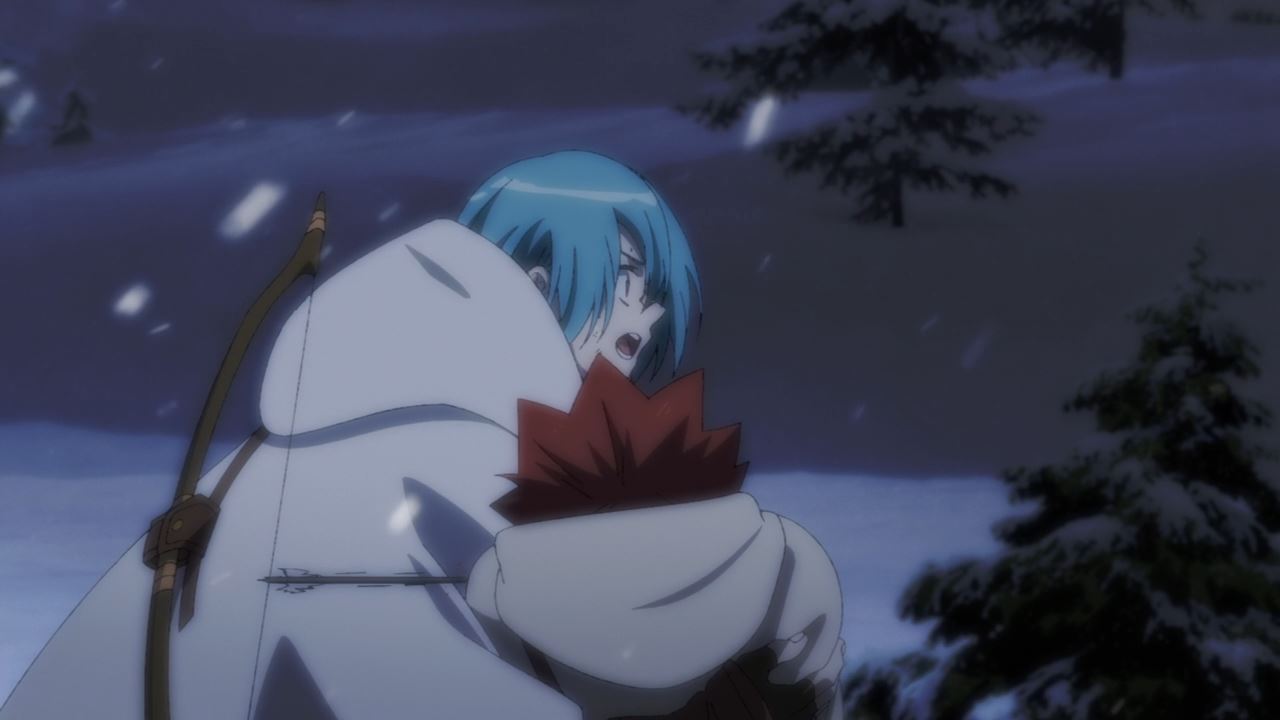 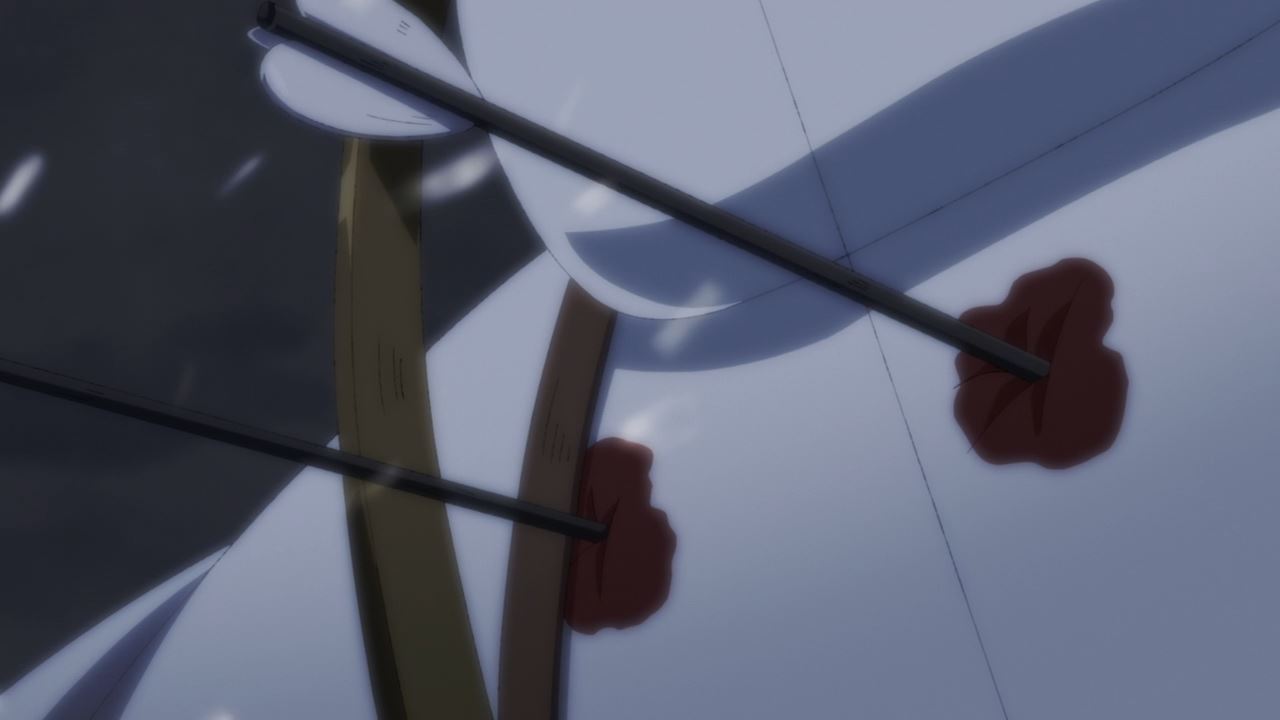 But let’s return to both Bisco Akaboshi and Milo Nekoyanagi where they’re being shot down by Kurokawa’s men fitted with rusted arrows. At this point, the elite forces might catch up with them. 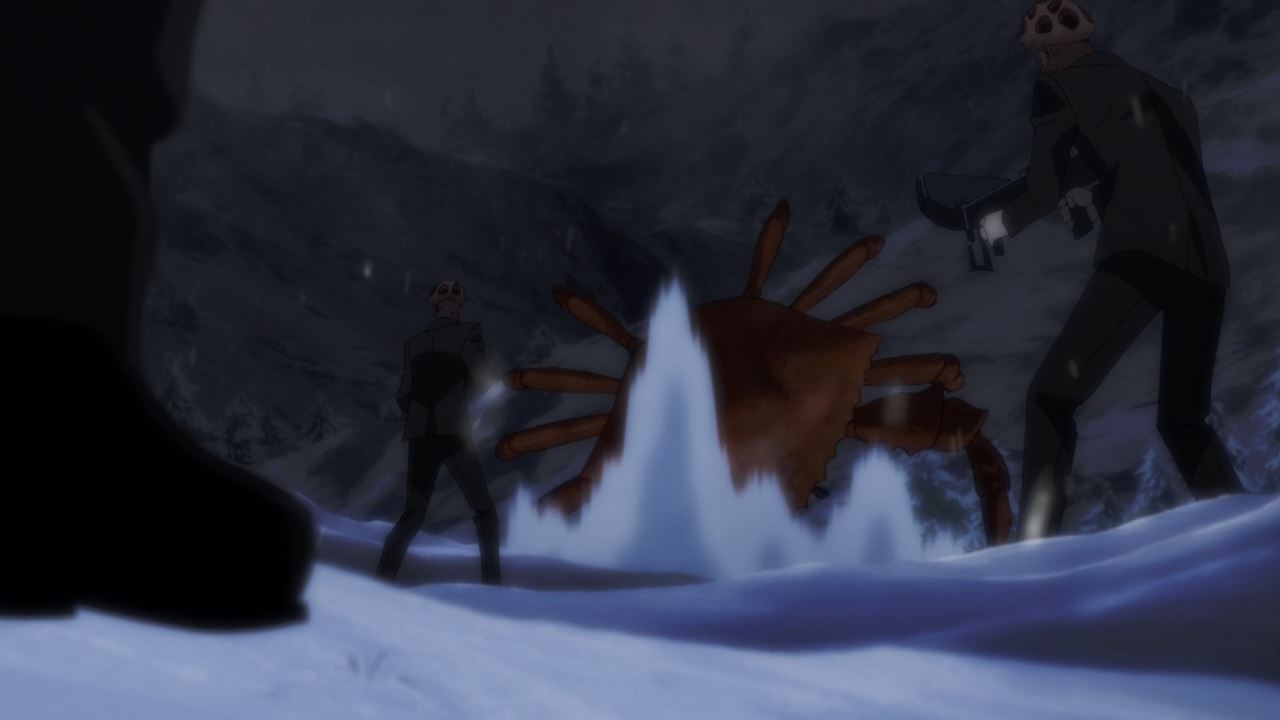 Fortunately, Actagawa has arrived to stop Kurokawa’s elite forces by smashing the ground until they’re blown away. Well then, looks like Bisco and Milo managed to escape for now. 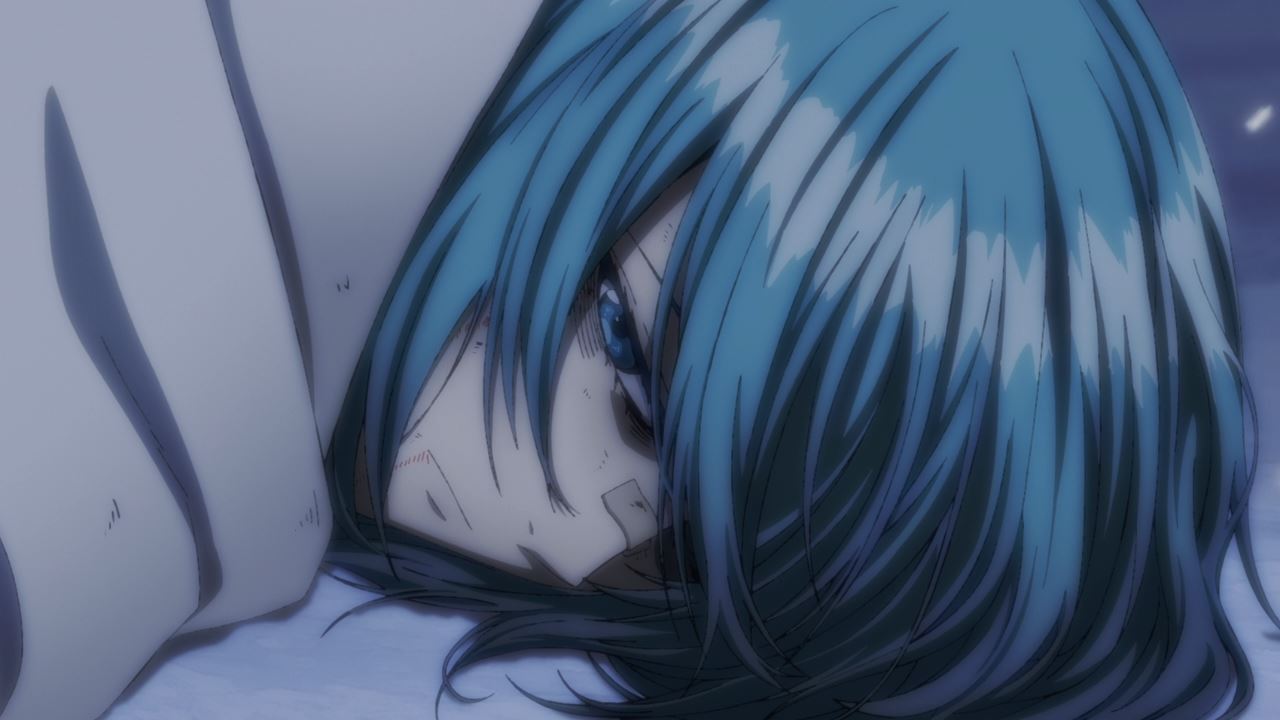 However, they’re not out of the woods yet as they need to deal with the Rusting disease. In fact, I’m really angry that Milo Nekoyanagi is about to die soon. 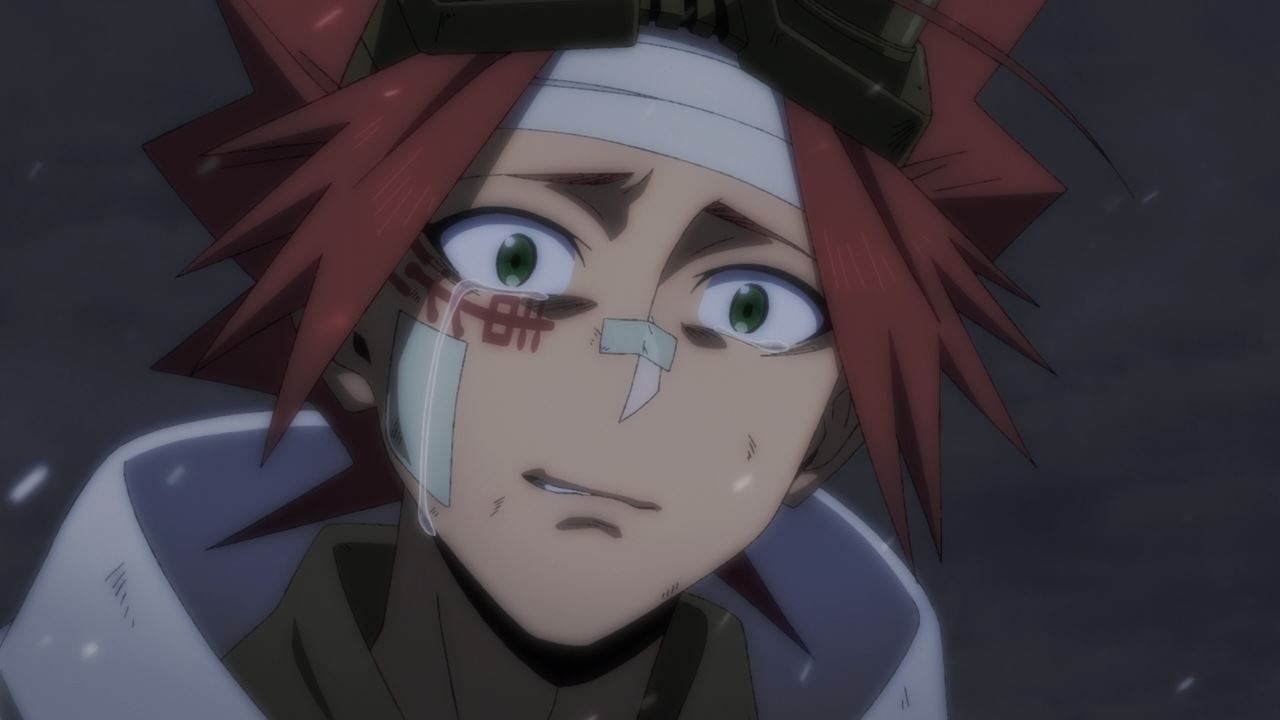 And speaking of Bisco Akaboshi, he’s running out of options as Bisco is about to lose his trusted partner. Dammit, I don’t want to end like this! 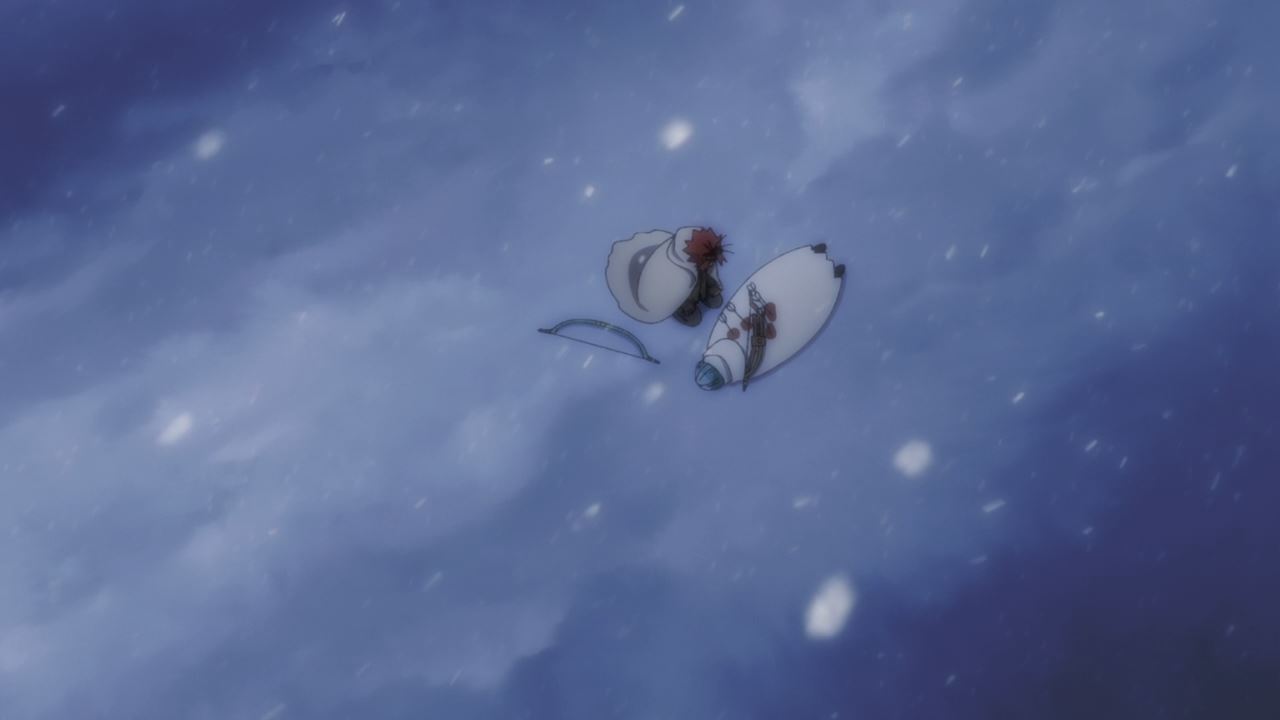 Anyways, I feel that this week’s episode went bleaker thanks to Governor Kurokawa. I won’t forget that bastard of a governor for making them suffer!

Still, I’m worried about the next episode where I fear that someone will die…