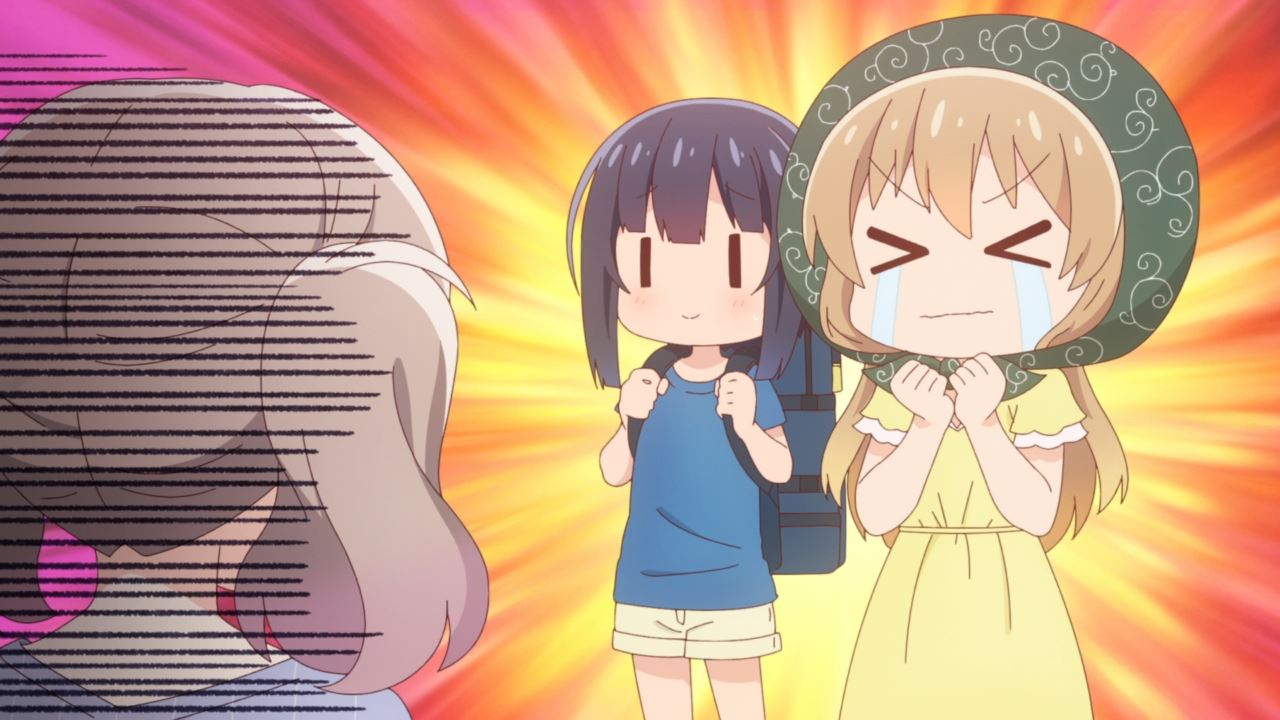 On this episode, looks like Hiyori and Koharu Minagi went to the Yoshinaga residence to stay for one night.

And the reason why they went to Koi’s place is because Koharu got into an argument with her father in which he forbid Koharu to go on a camping trip on her own. 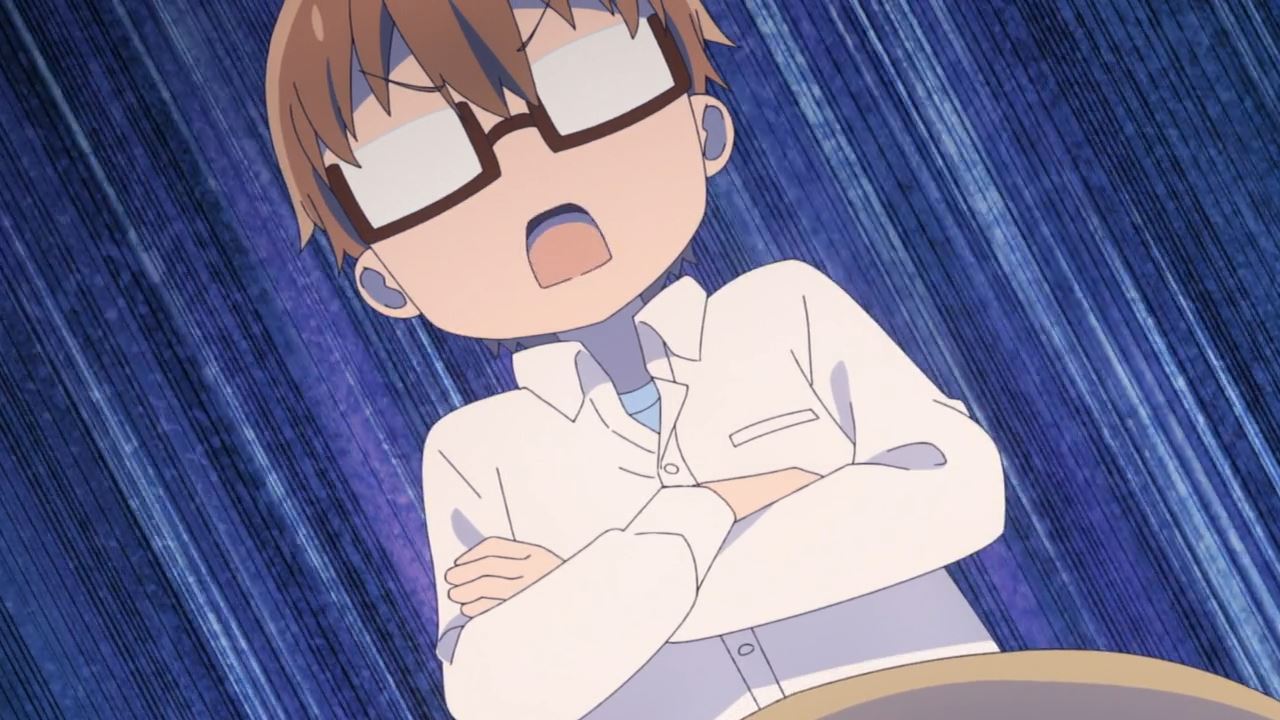 And speaking of Issei-san, he almost got an heart attack in the previous episode when Koharu got a high fever. So yeah, he’s pretty overprotective this time around as Issei-san doesn’t want Koharu getting sick again.

Honestly, I’m really glad that he cares for Koharu-chan, but let’s not forget that Hiyori can take care of her step-sister, especially when Koharu is feeling a bit absent-minded at times. Remember the time she forgot to bring her raincoat? Yes, Koharu needs someone to keep an eye on her. 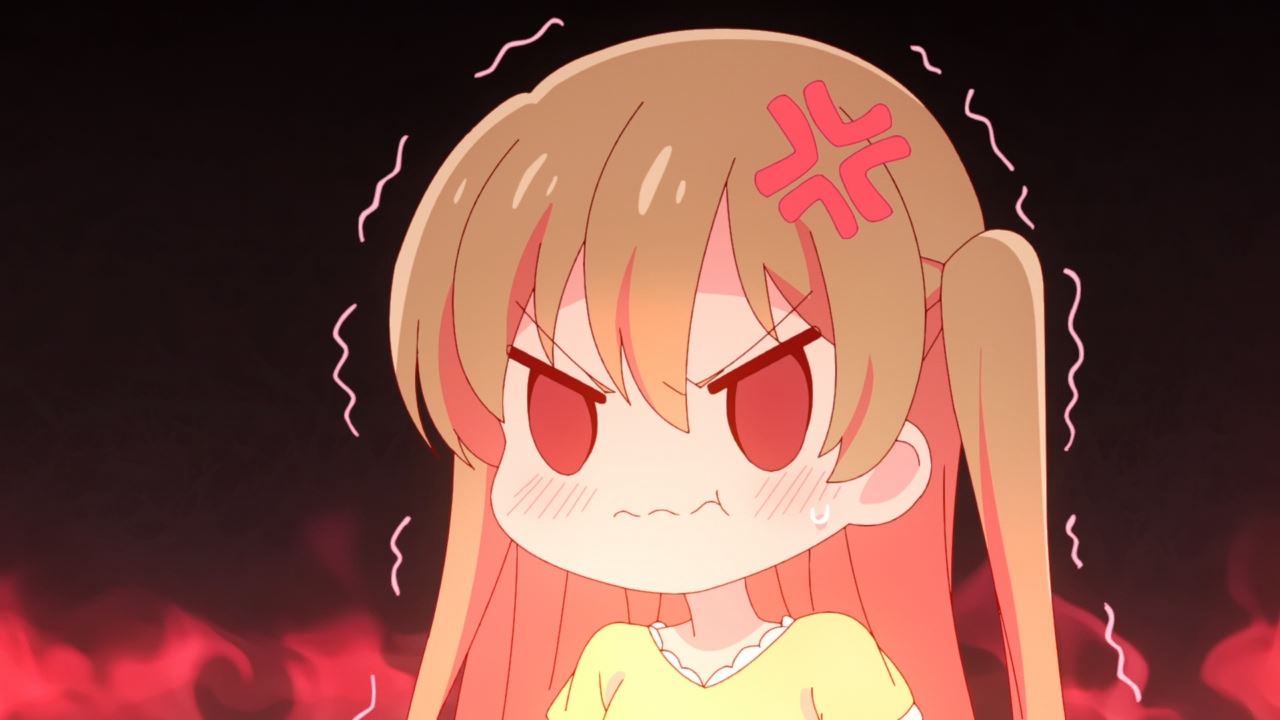 Speaking of Koharu, she’s really threw a hissy fit on her dad but to be fair, Issei-san is right that he can’t let his daughter get caught into further danger. 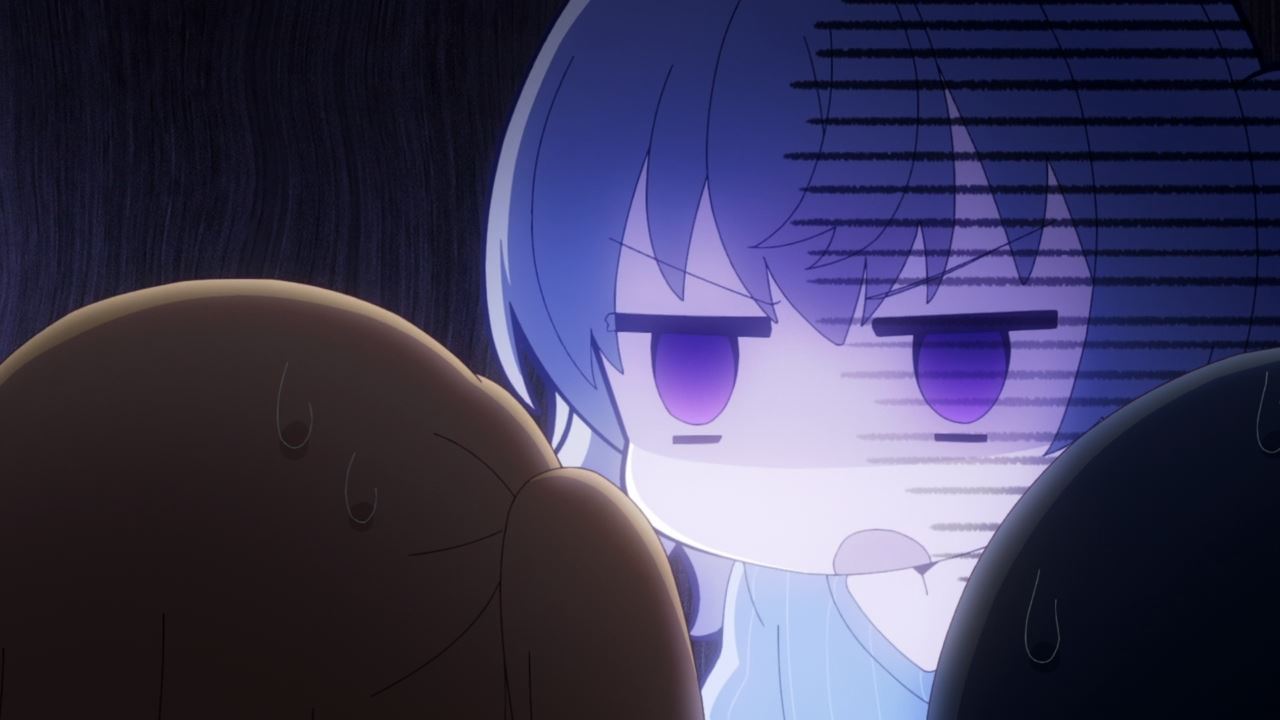 Heck, even Koi-chan calls Koharu out for her unnecessary tantrum over her father. Looks like Koharu will have to make amends with her father sooner than later. 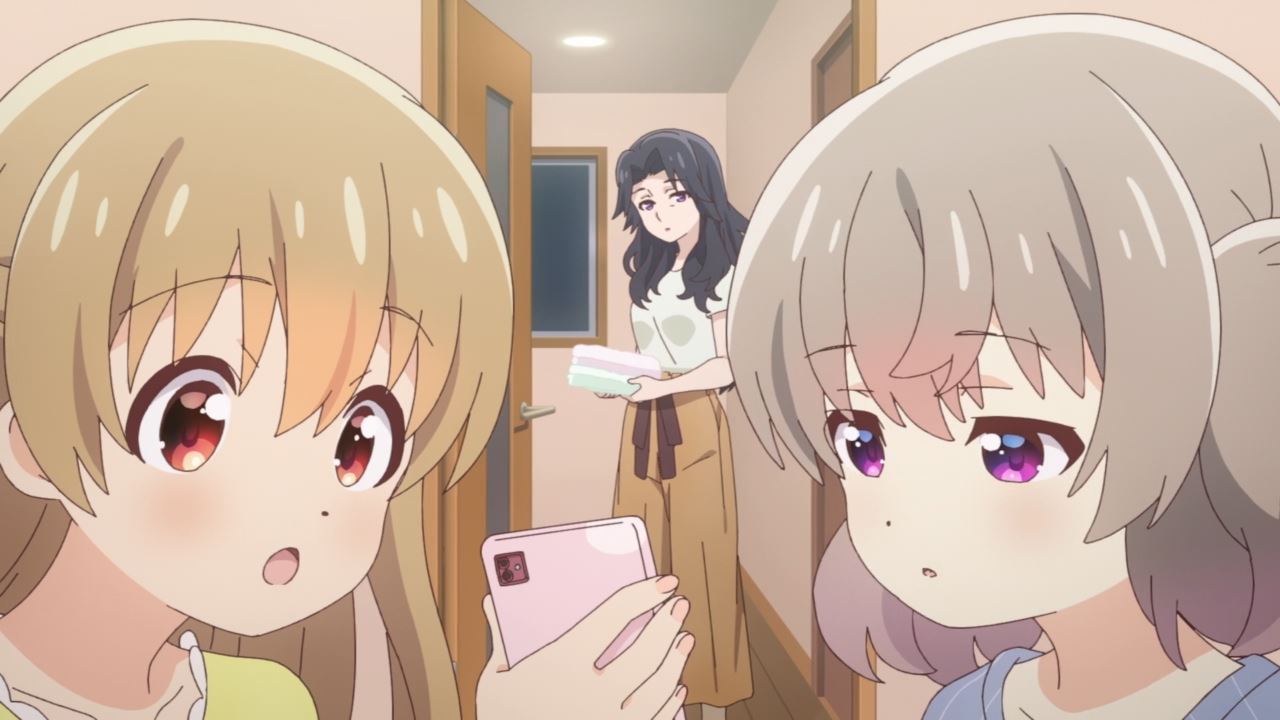 But for now, Koharu and Hiyori stays at the Yoshinaga residence for one night where they discuss about their next camping trip. This time, they’re gonna rent a bungalow rather than setting up a tent.

One more thing, looks like Reiko-san has returned to take care of the kids, as well as both Koharu and Hiyori. Now then, will Koharu make amends with her dad? 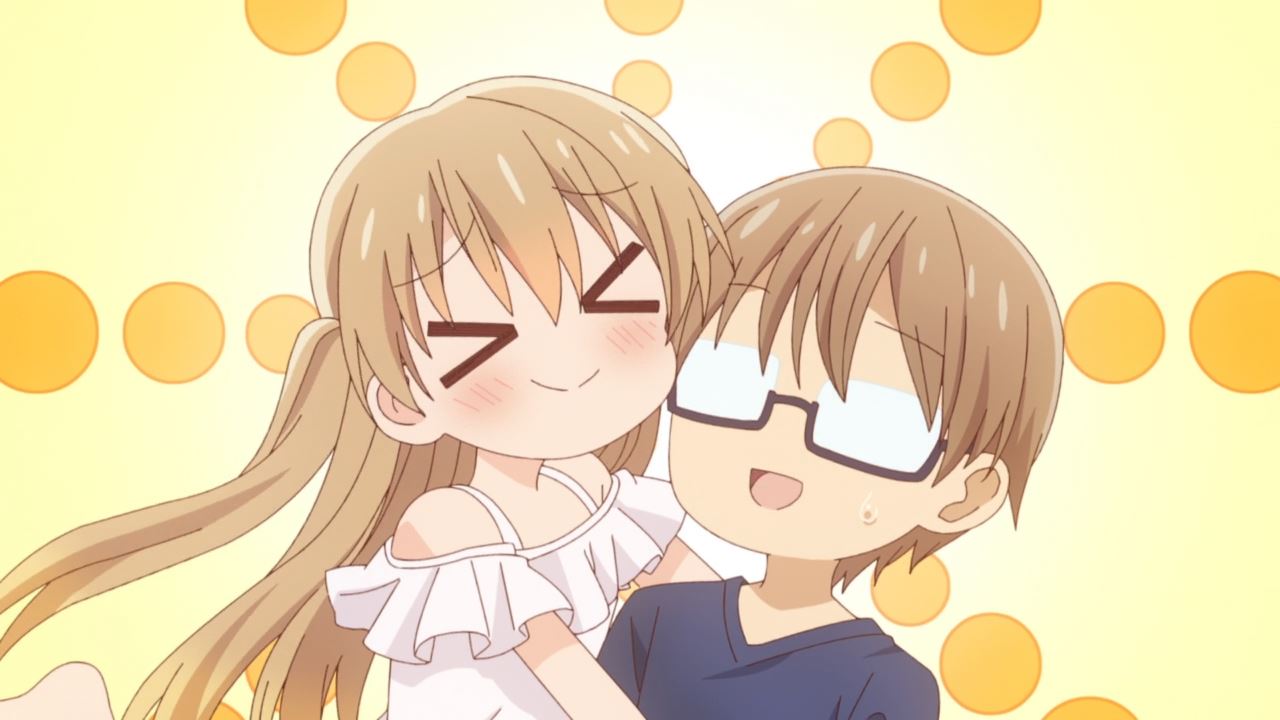 Well, they did it in a quick manner as Issei-san allowed Koharu to take the fishing trip together with both Hiyori and Koi-chan.

Speaking of Issei-san, he told Hiyori to keep each other’s backs ’cause he doesn’t want them getting sick or hurt. 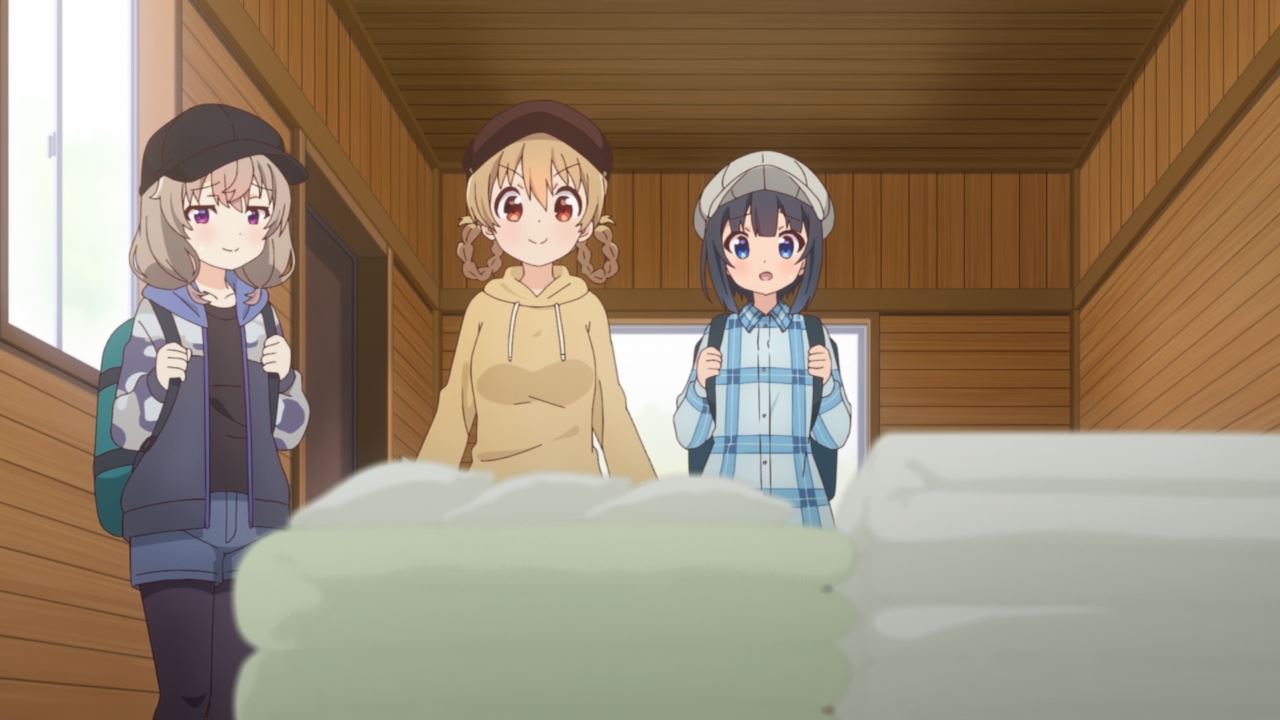 Now then, it’s time for their camping trip where the first order of business is to rent a bungalow for one night.

And while it’s pretty spacious with all the creature comforts, Koi Yoshinaga won’t join both Koharu and Hiyori Minagi in their fishing activities. 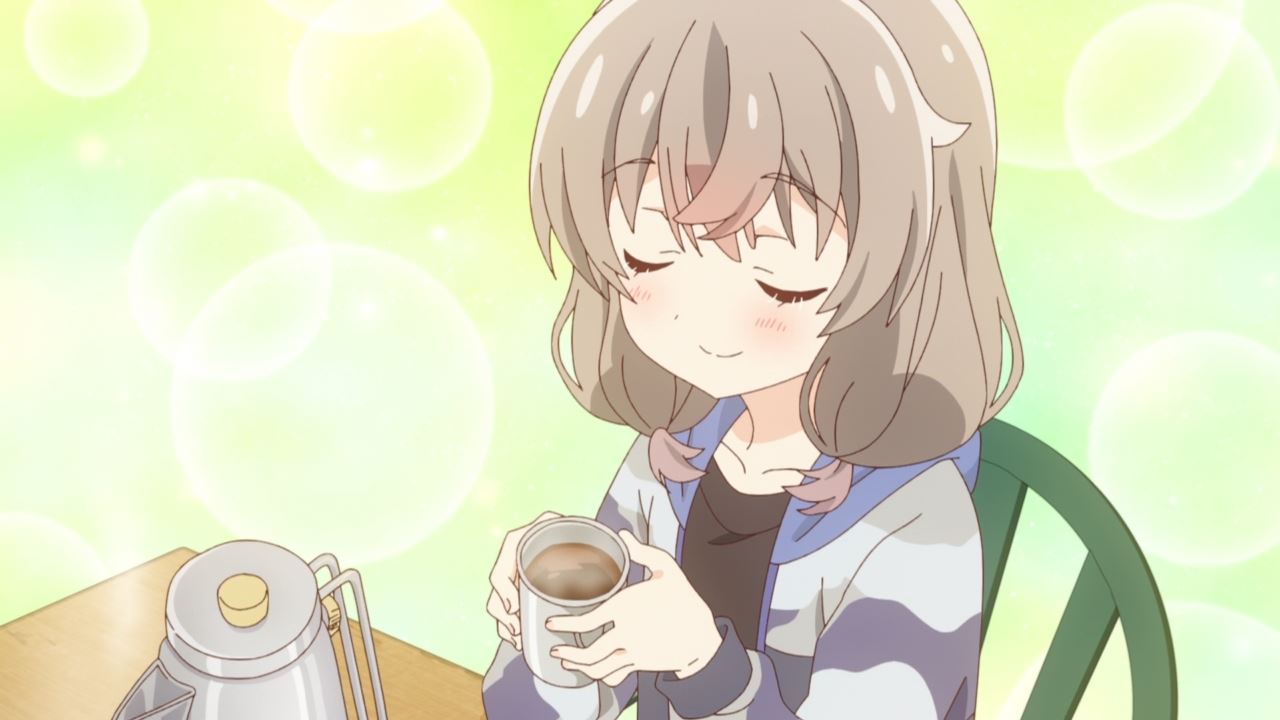 Instead, Koi-chan will just relax while sipping a cup of coffee. In fact, she enjoys watching people fishing than doing it on her own. 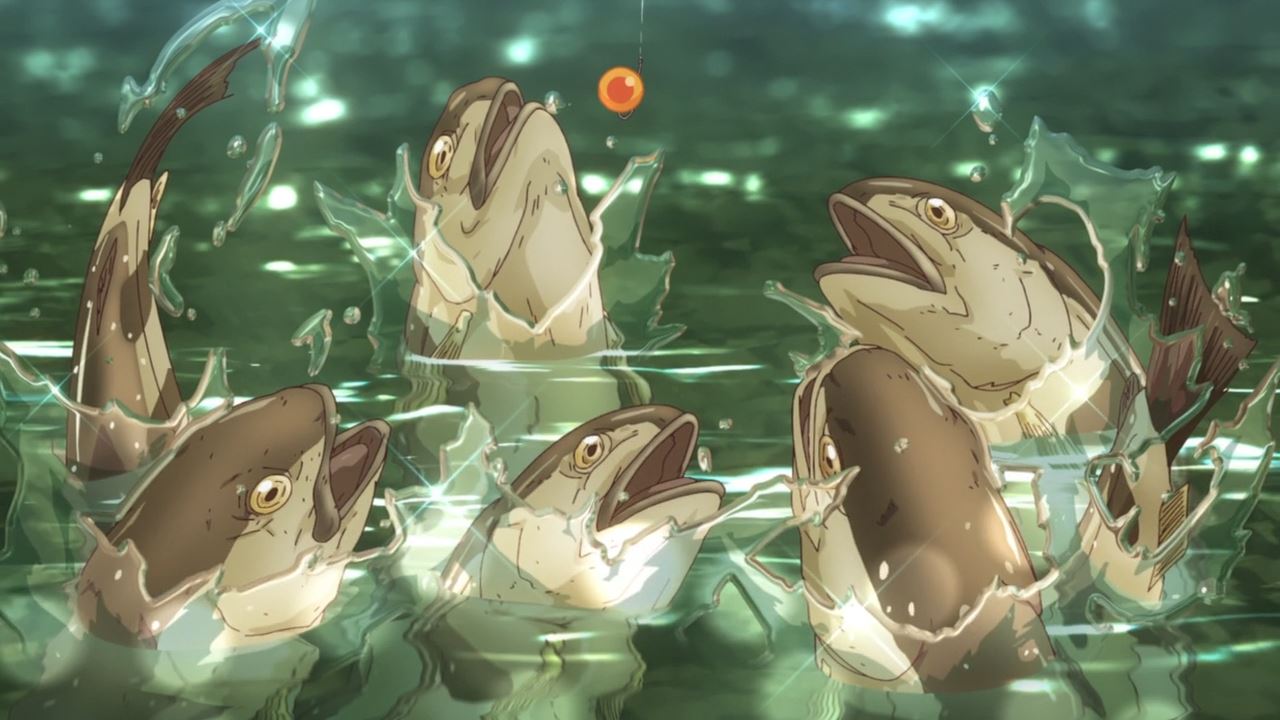 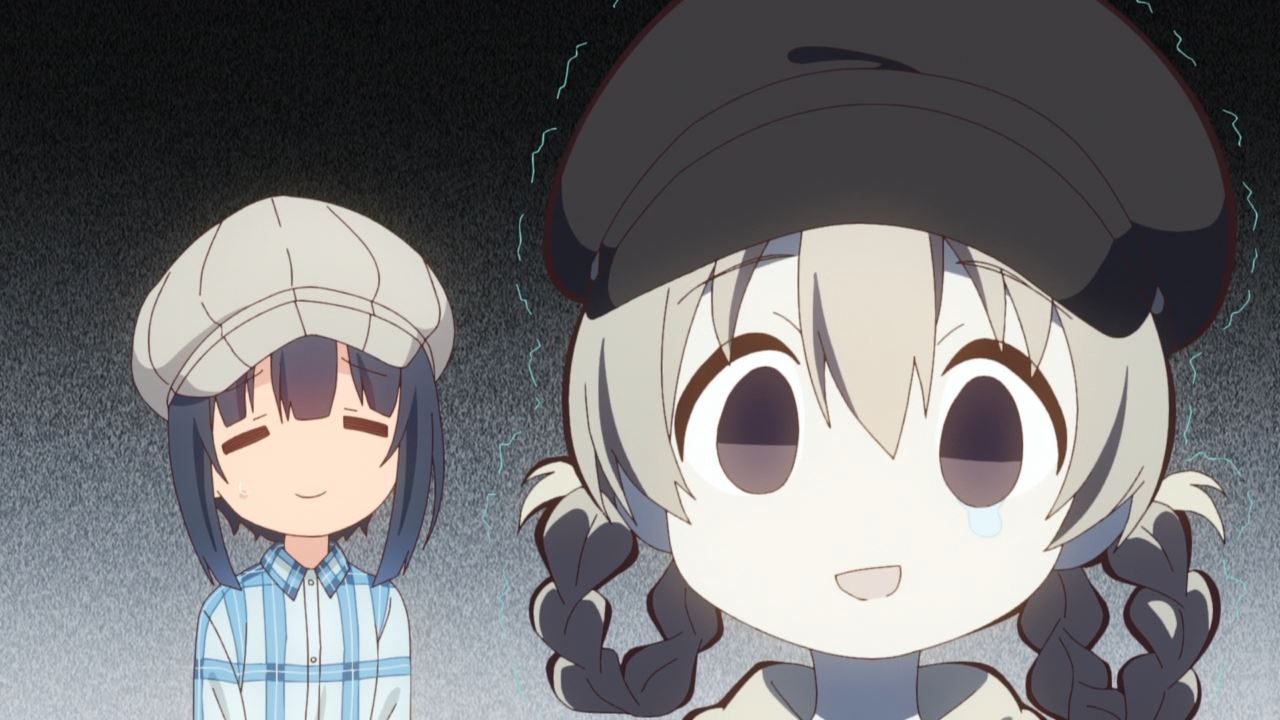 But let’s move onto the step-sisters where it appears that Koharu recalled a traumatic event when it comes to fish eggs.

Turns out that she saw the horrible truth when fish ate their own eggs to survive. So when she sees fish eggs, especially when using them as bait, Koharu doesn’t want to experience the pain ever again. 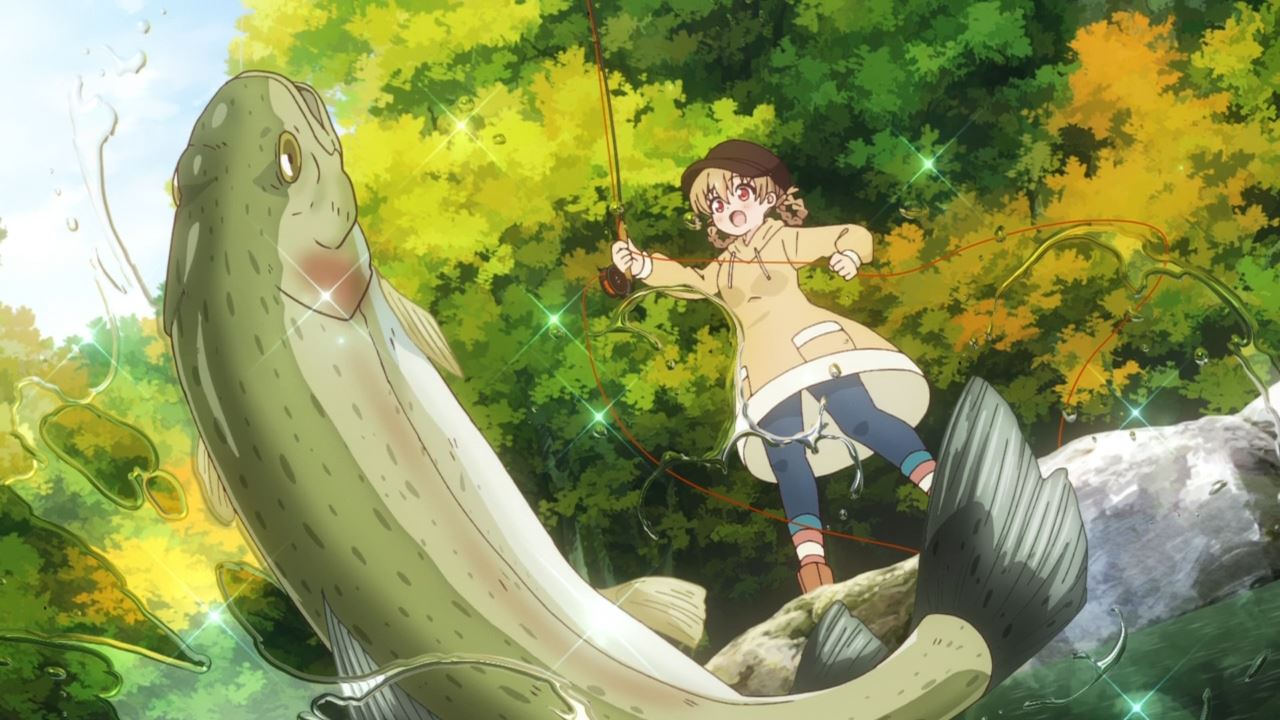 But hey, Koharu finally recovered from her previous trauma upon getting a rainbow trout. Anyways, looks like she won’t use those fish eggs as bait or her traumatic experience will return. 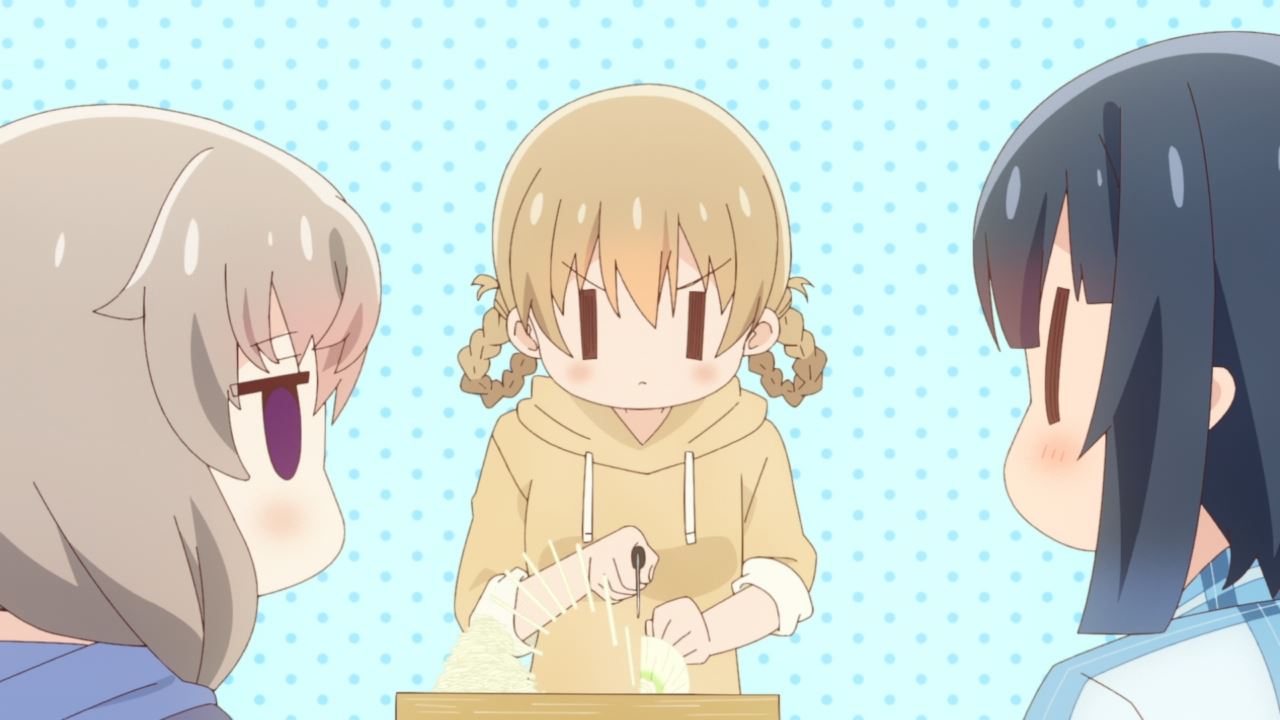 And now, it’s time for Koharu’s kitchen where she’ll turn a rainbow trout into something scrumptious. All she needs is to add some mushrooms, onions, miso, and mayonnaise. 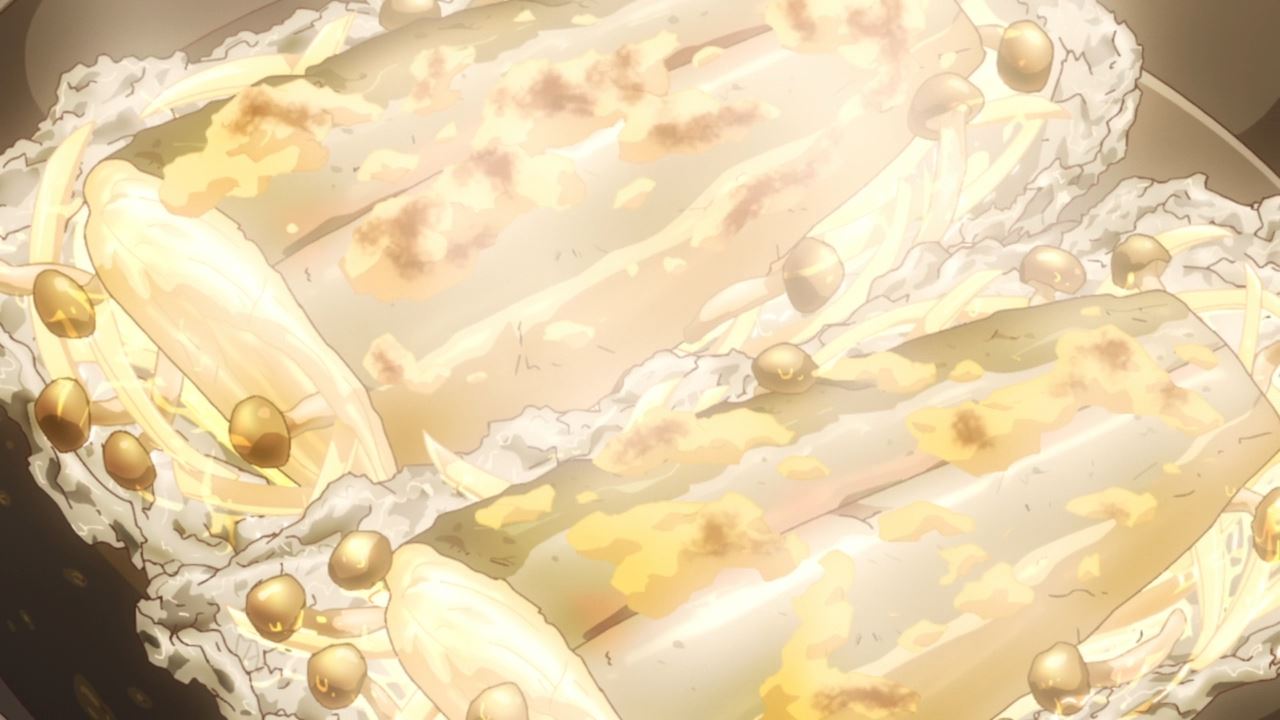 Anyways, Koharu made some steamed rainbow trout with mayo sauce. But how’s the taste? 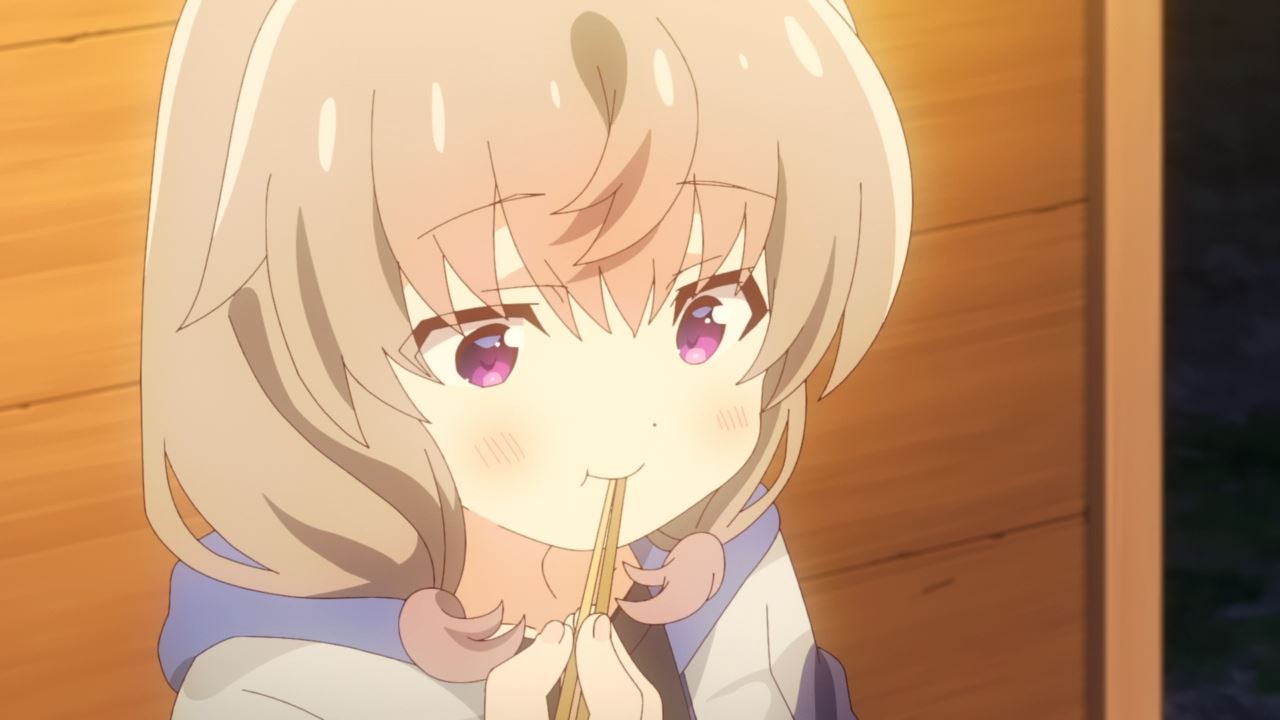 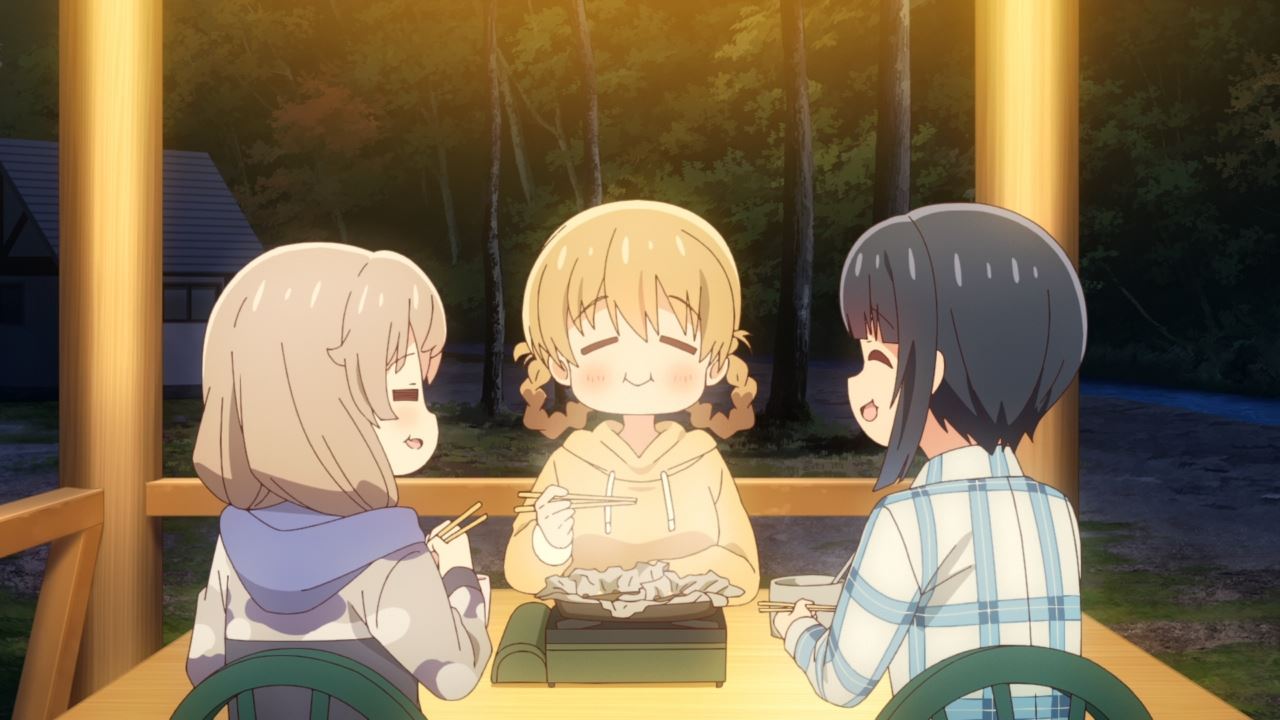 Well, it tasted better than grilling the rainbow trout alone. In any case, that was a nice camping trip. 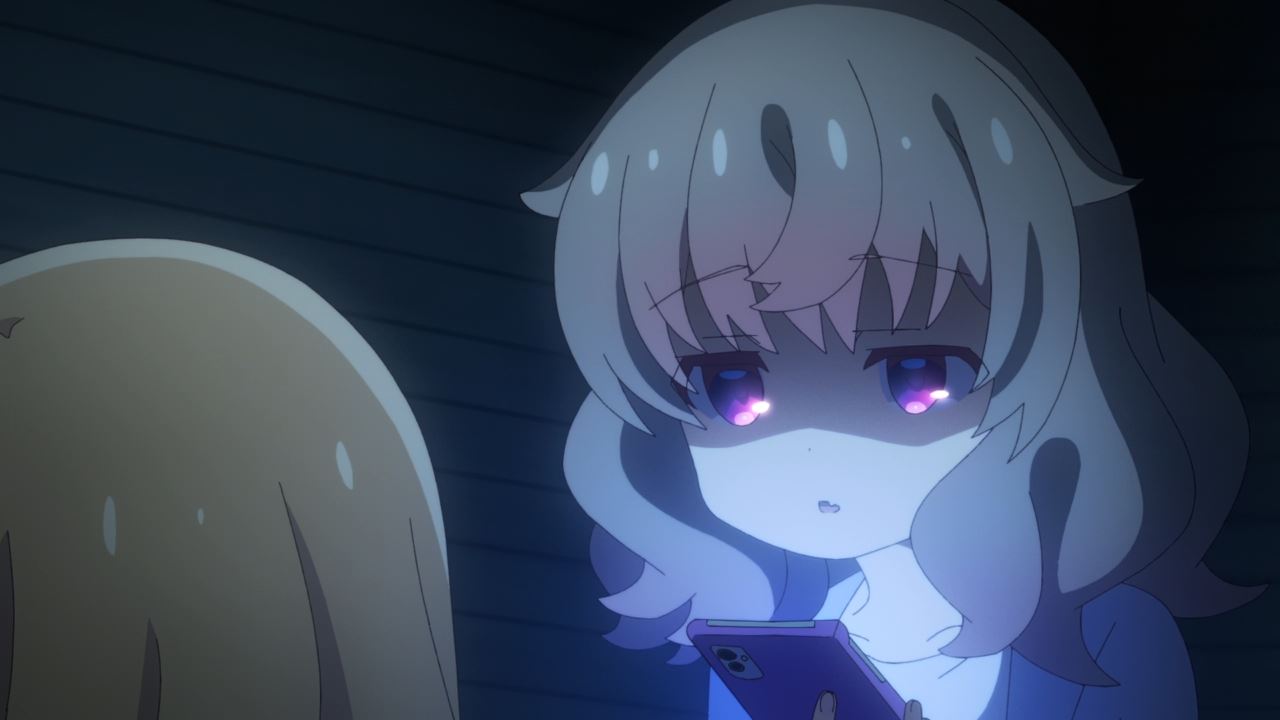 One last thing, here’s Koi Yoshinaga where she tells a terrifying story of two men on a camping trip in Hokkaido.

Oh, are your expecting some ghosts in the northern region of Japan? No, it’s far worse than that! 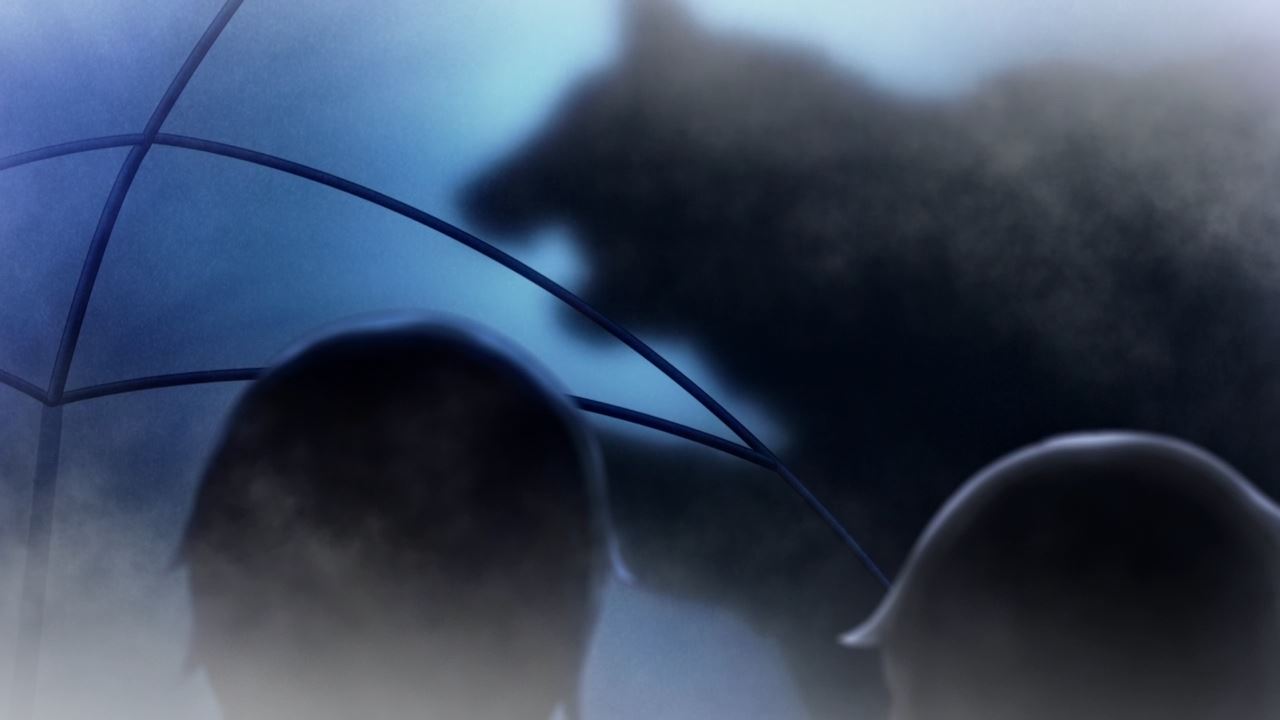 You see, both men encountered a large bear where it wrecks everything such as tents, as well as prey hapless people. And do you want to know the identities of both men? 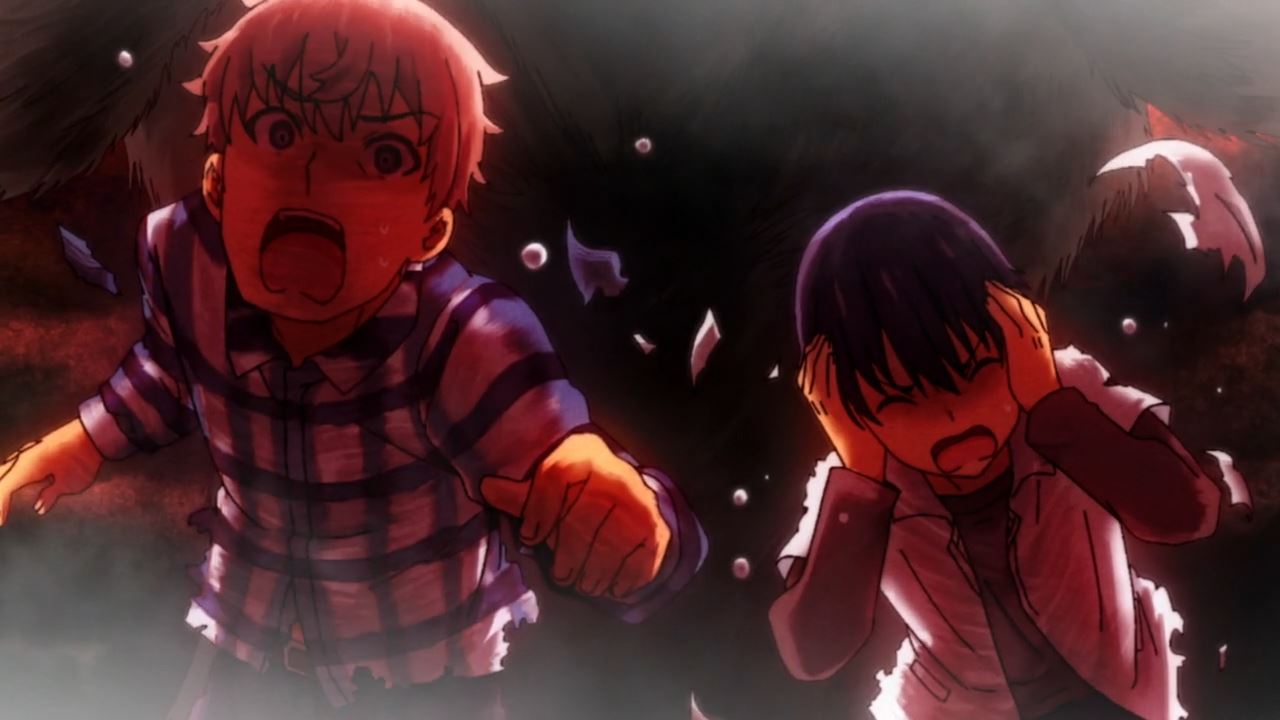 Why it’s none other than Ryouta Yoshinaga and Shinya Yamakawa where they run away from the bear as fast as they can. And really, it’s the most frightening experience that it’s a matter of survival. 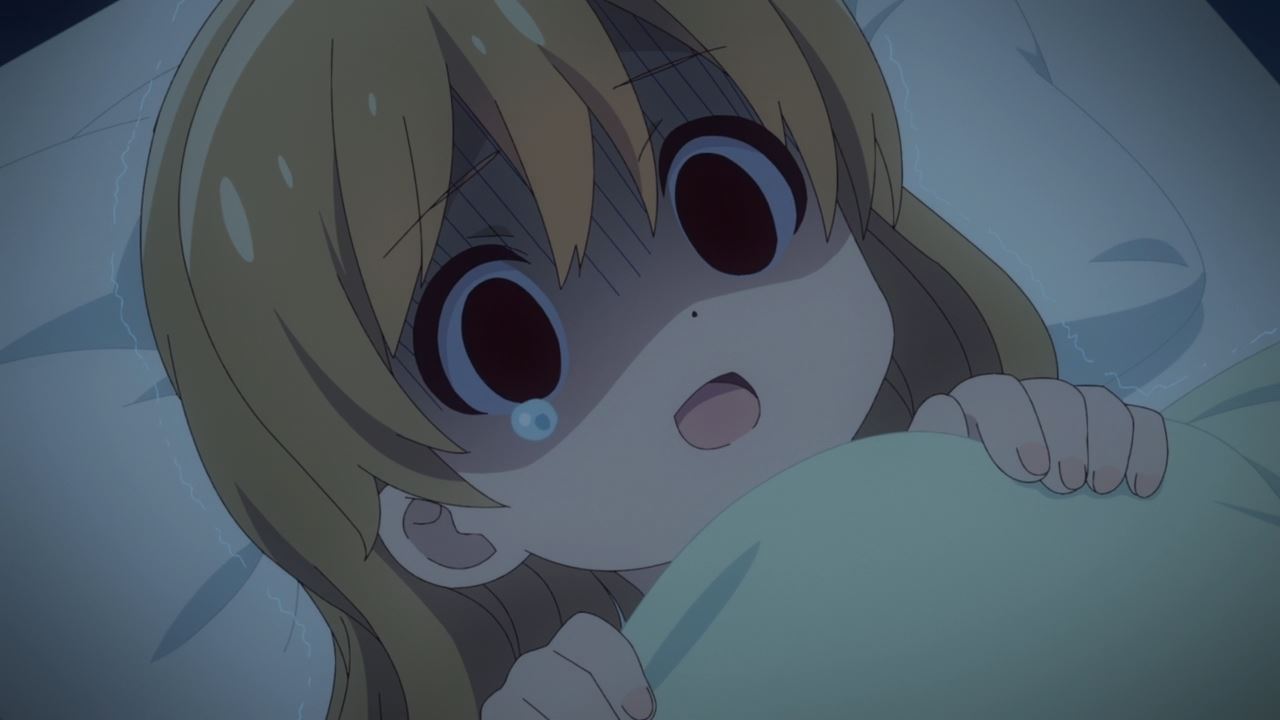 For Koharu Minagi, it appears that she develop another trauma, although I think she won’t encounter any wild bears since she’s sleeping inside of a bungalow.

Well then, looks like she’ll be awake for now which is bad for her health!

Anyways, let’s end this episode where the trio went to the hot springs for some rest and relaxation. For Koharu, it’s her first time in a public bath together with her friends, but let’s hope that she won’t get stressed just because Koi-chan told her a terrifying story.