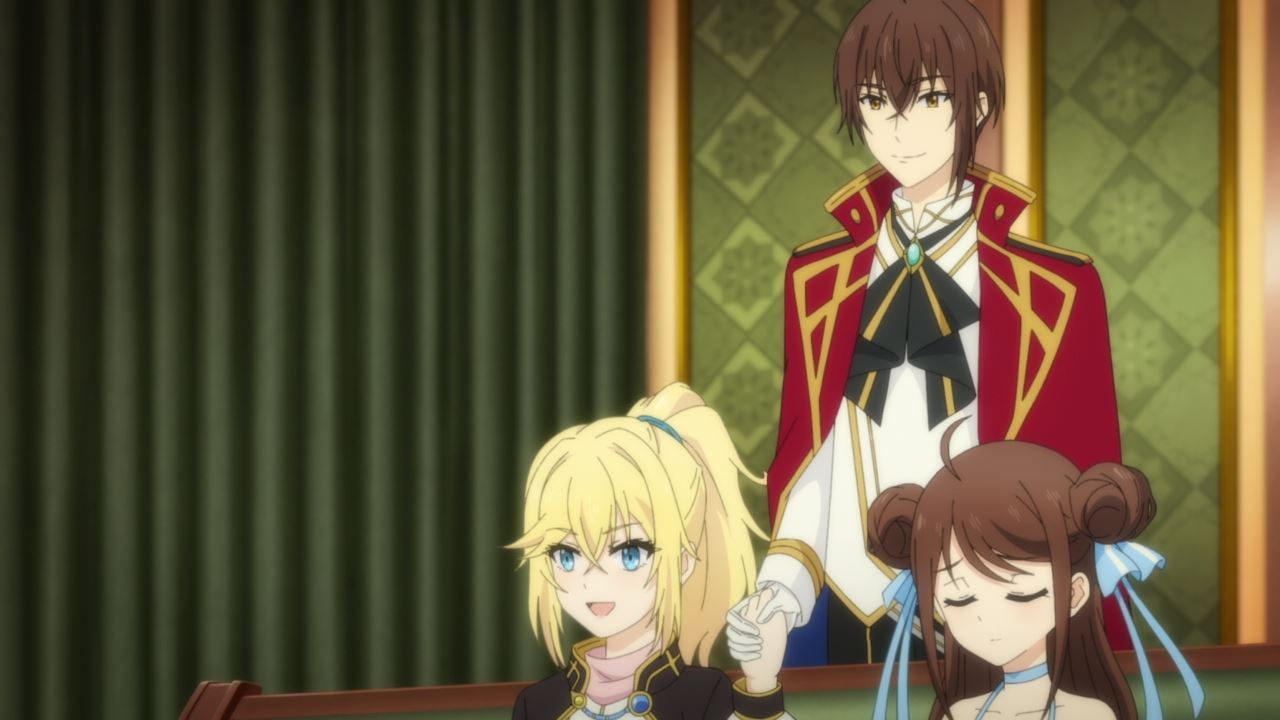 Oh boy, looks like Lowellmina Earthworld wants to butt in as she announces her marriage with Wein Salema Arbalest. And speaking of Prince Wein, he supported Demetrio’s marriage with his sister Falanya as doing so will strengthen ties between the Kingdom of Natra and the Earthworld Empire.

Of course, the truth is that both Princess Lowellmina and Prince Wein are just tricking Demetrio, with the latter refusing anyone on marrying Falanya behind Demetrio’s back. 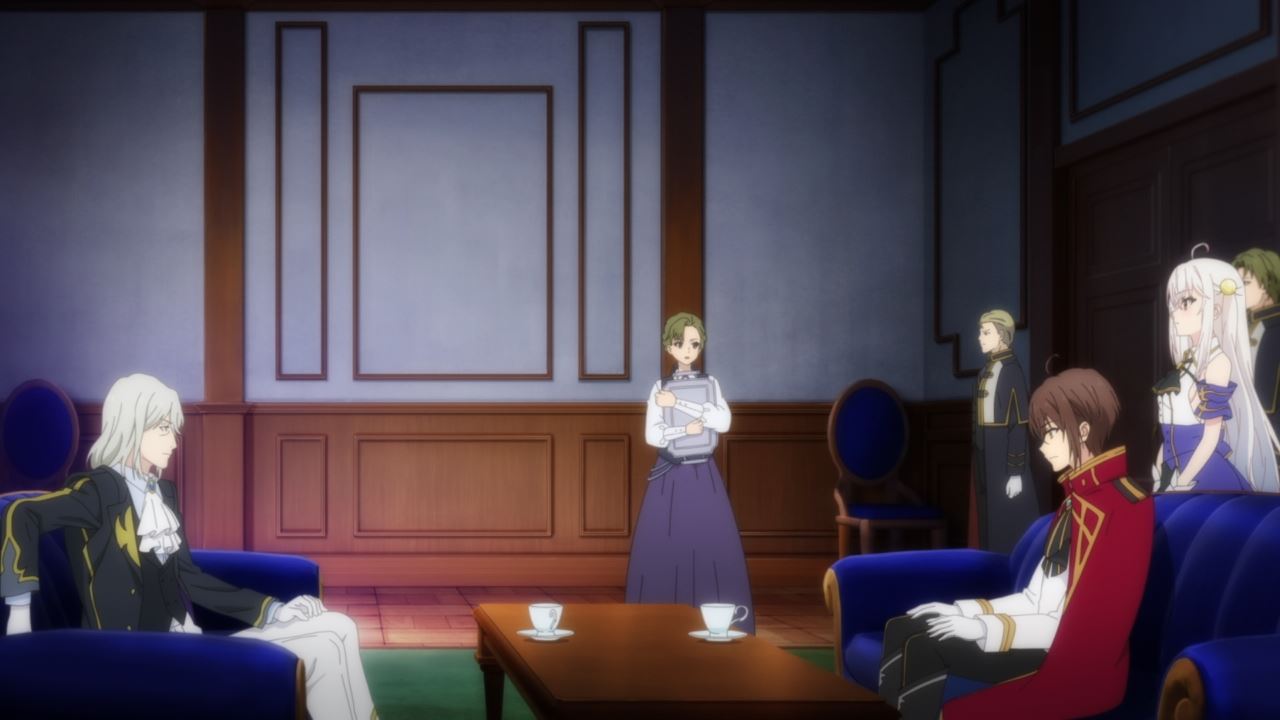 Now that Prince Wein has arrived, it’s time for Demetrio to convince him in regards to his marriage with Falanya. But first, a tea break where the maid offered two cups each.

However, Prince Wein told the maid to drink the cup of tea as he suspects that someone tries to poison him. Yeah, it seems that he’s very cautious when it comes to his life. 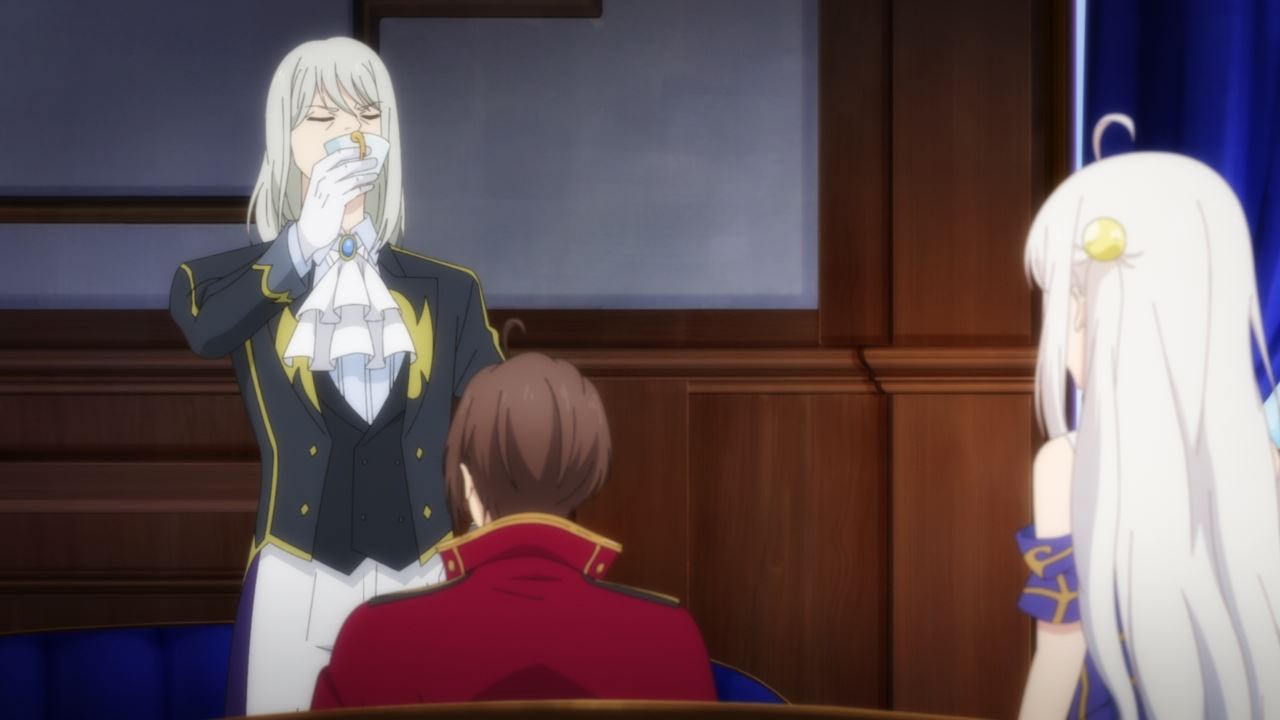 Except for Prince Demetrio where he drink the tea straight. Um Demetrio, it’s a bad idea to drink it right away or you might get killed. 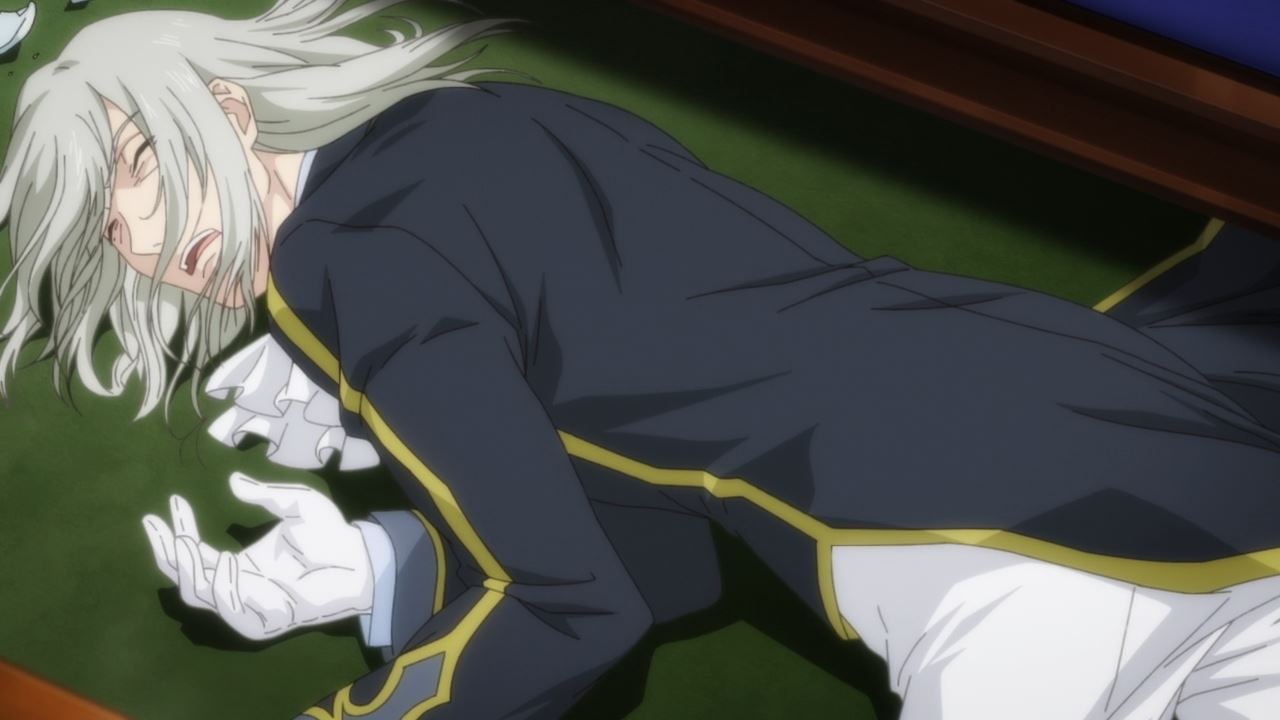 By the way, turns out that Prince Manfred spike both cups of tea with poison. Seriously, Demetrio is an idiot for drinking it! 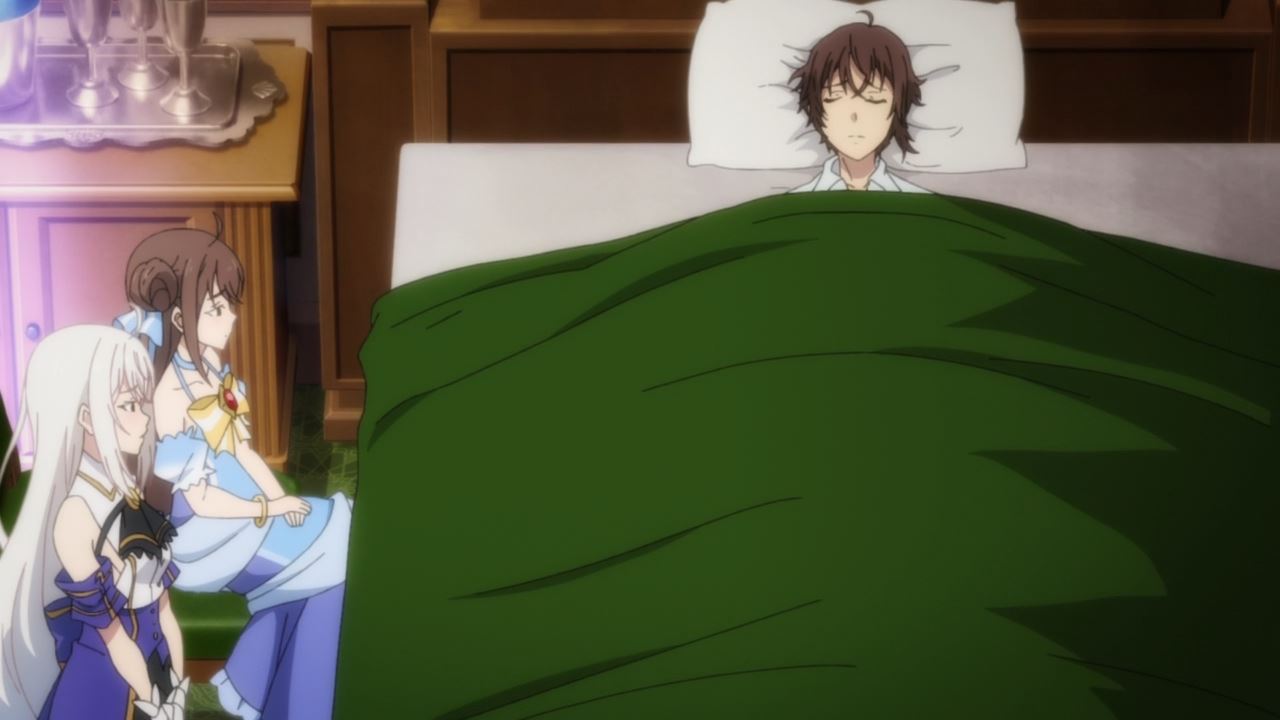 Speaking of Prince Wein, he’s feeling a bit groggy lately so he takes a rest. But during his recovery, the merchant city of Mealtars is in a state of upheaval as they feared of an invasion by the Earthworld Empire.

And to make it worse, the Levetian Church have arrived to save Mealtars through military conquest. Looks like this city is stuck between a rock and a hard place. 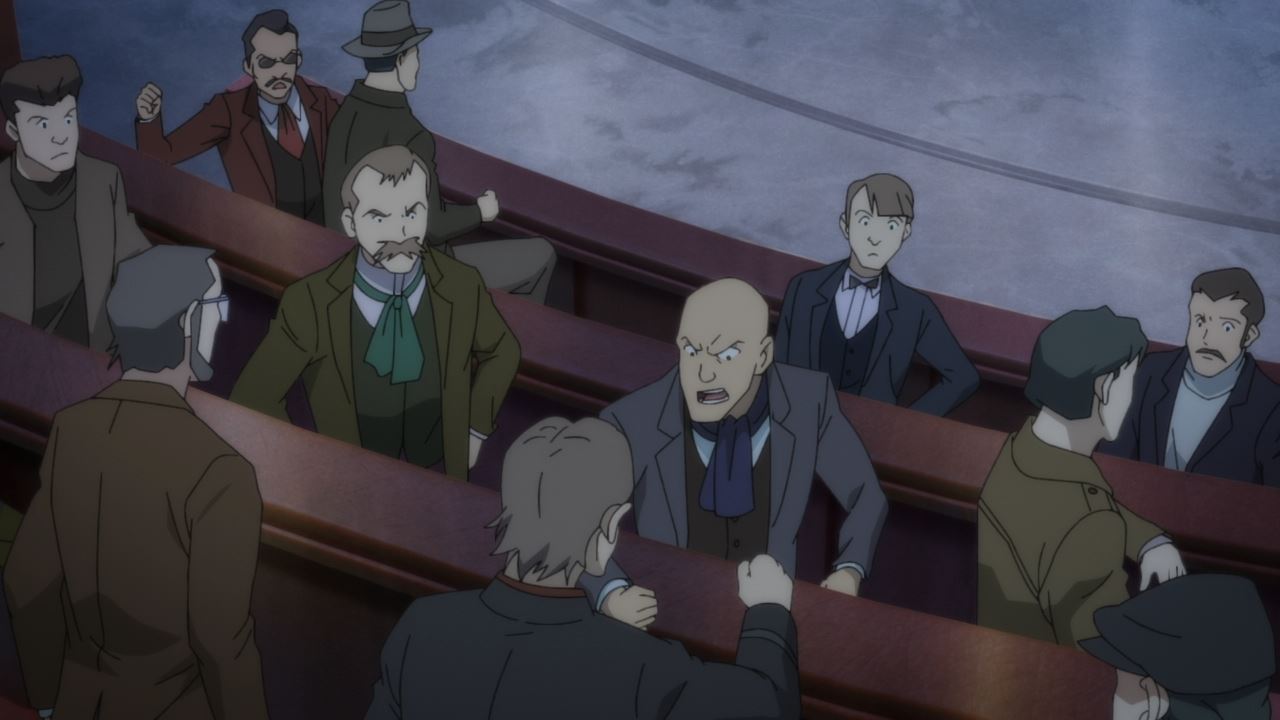 But let’s return to the Citizens’ Assembly where everyone is arguing on which side they’ll take. It gets even worse where it devolves into a brawl as they can’t agree on anything at the heat of the moment. 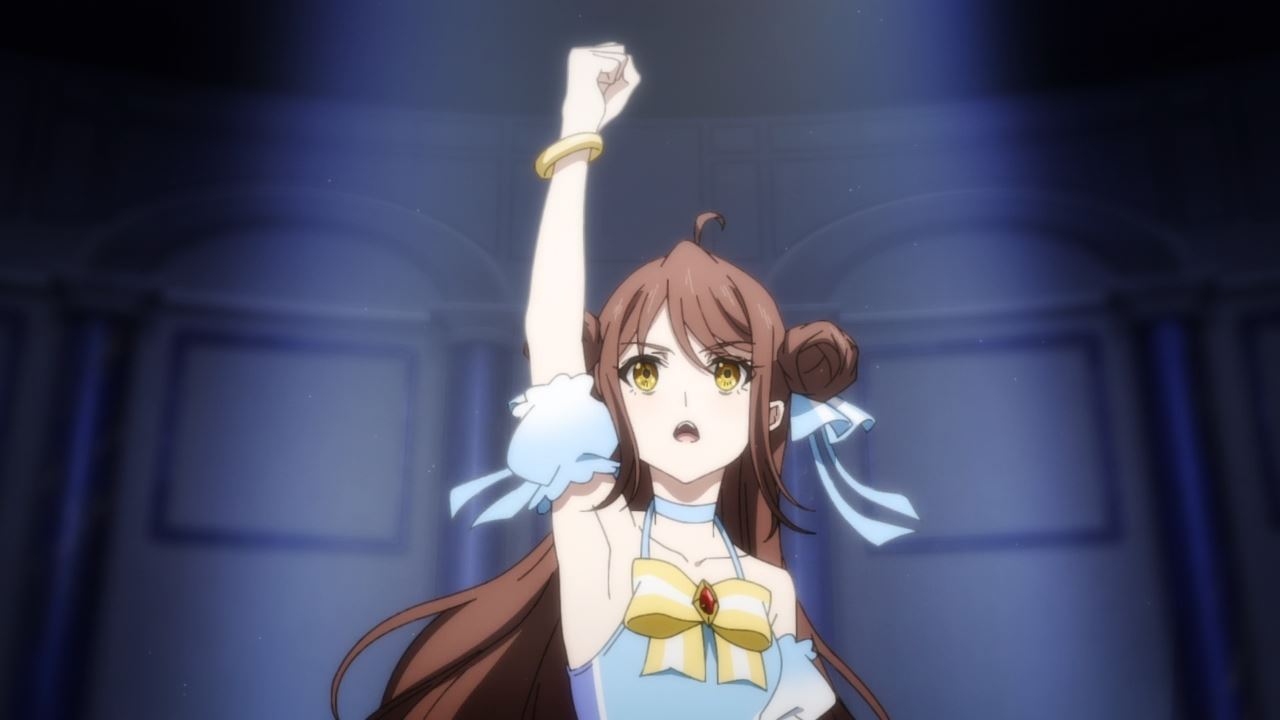 Well, until Princess Falanya Elk Arbalest steps in the podium where she convinces the rest of the citizens to use their knowledge and work together to build a better future.

I have to say that Princess Falanya made a bold move on convincing everyone through her words and gestures. Of course, what is she planning to do to save everyone from being slaughtered by both sides? 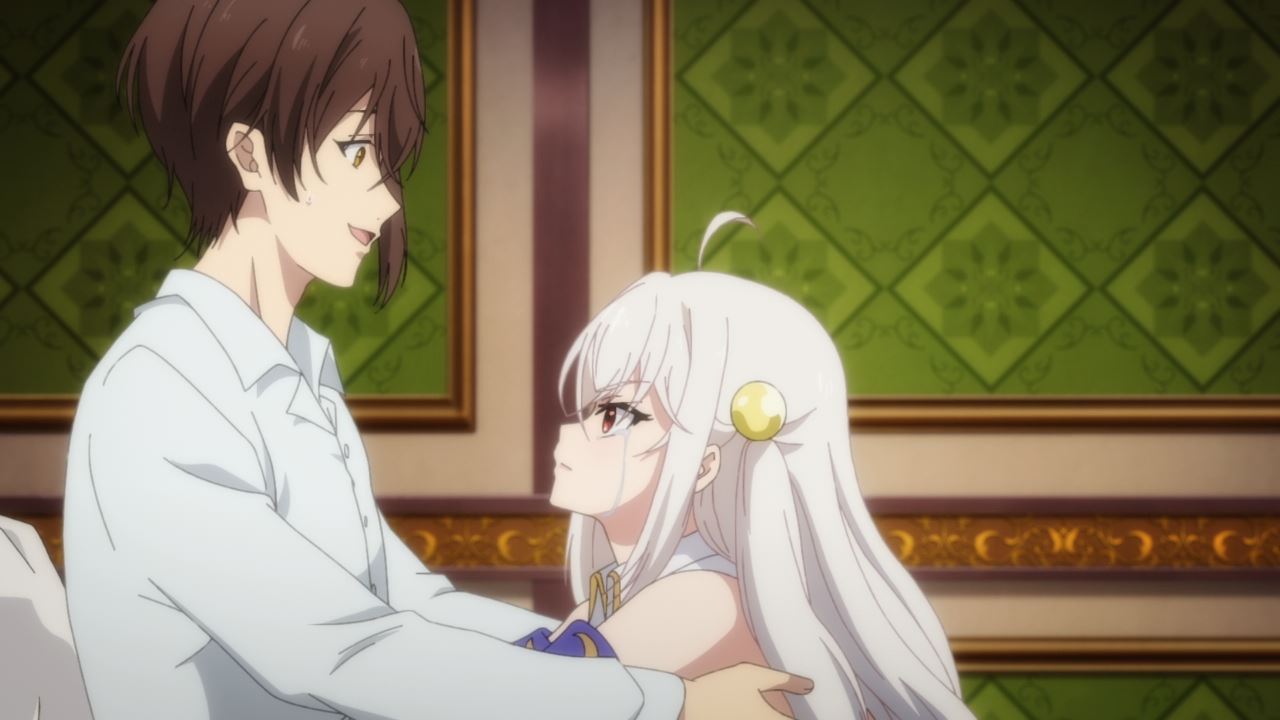 Meanwhile, looks like Wein Salema Arbalest has recovered after a long sleep. Even Ninym Ralei is delighted to see his return.

Now the only thing they left to do is to escape to the Kingdom of Natra as soon as possible. 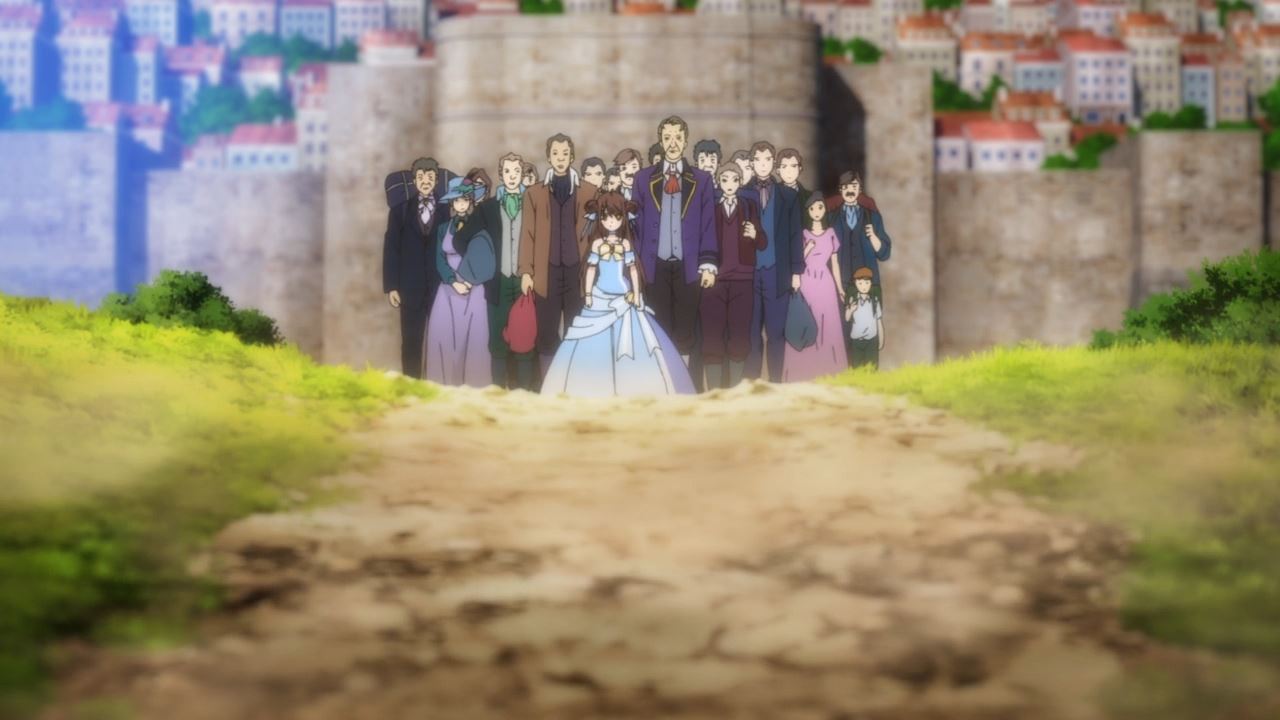 Then again, it appears that Princess Falanya took the initiative and went outside the merchant city together with its citizens.

Their final destination might be unknown, but I’m hoping that no one would hurt them. 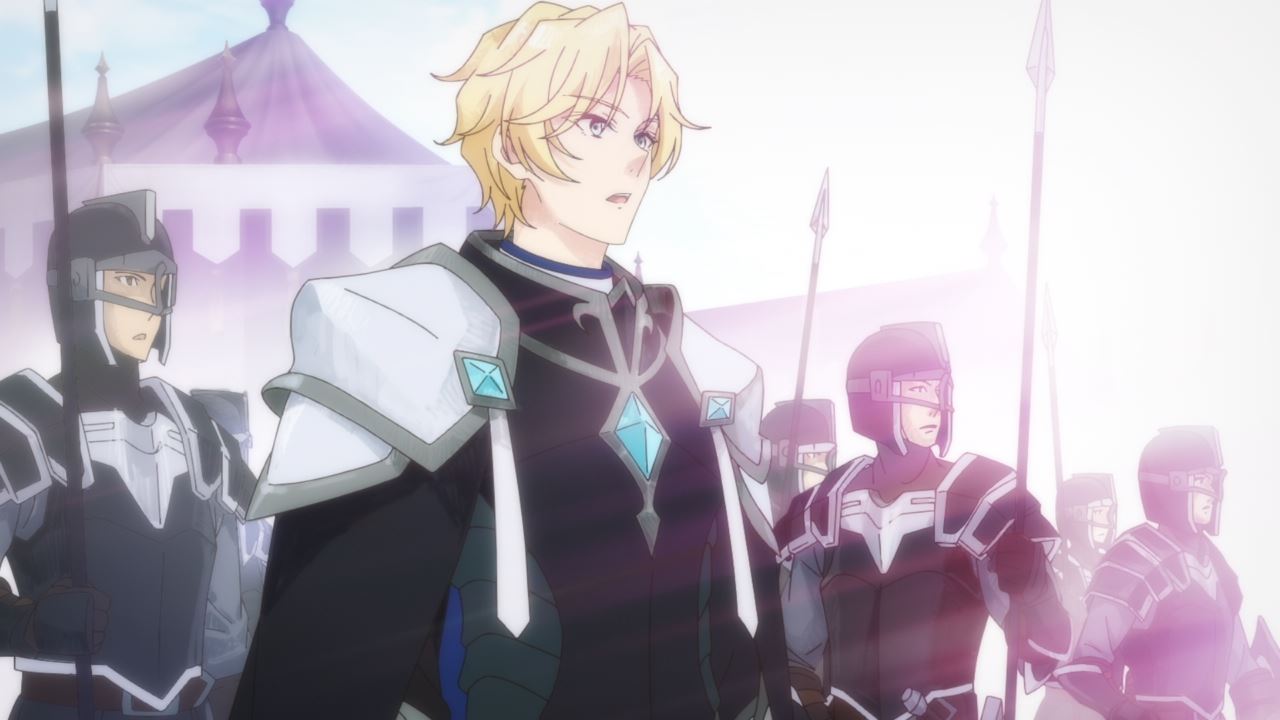 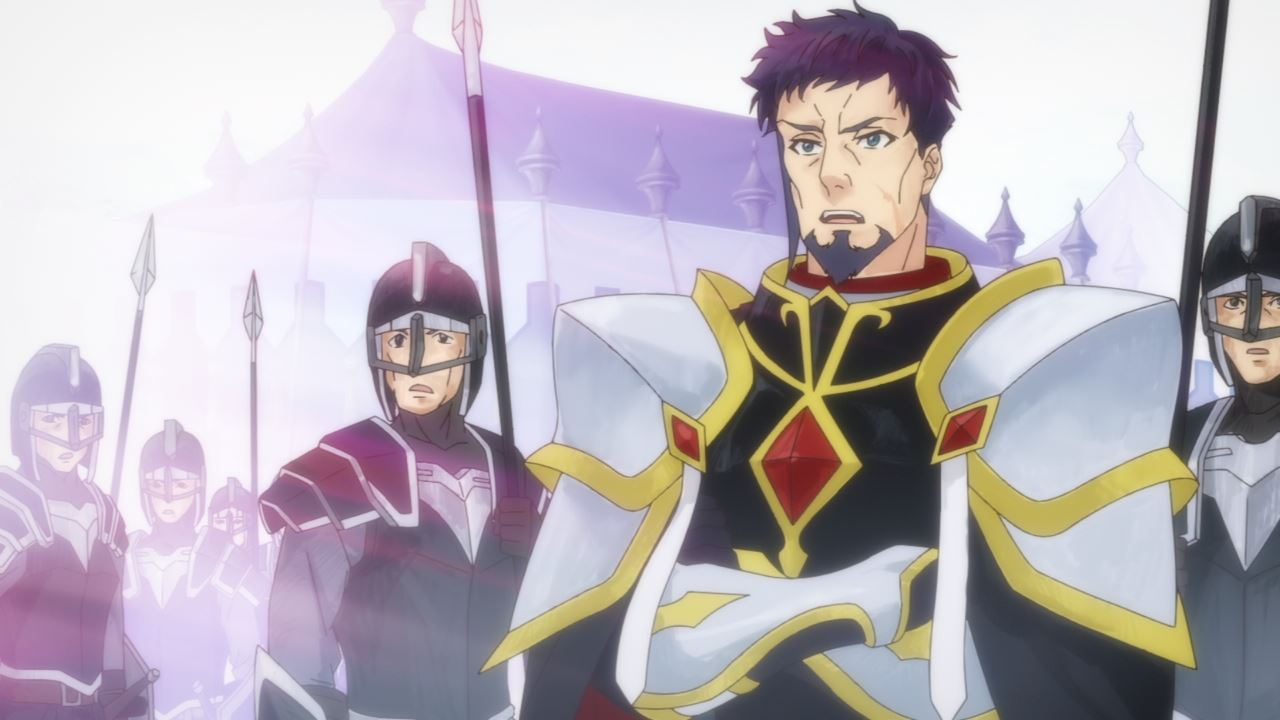 Oh yeah, here’s both Manfred and Bardloche Earthworld where both princes are stunned to see a Natran princess leading the march. Still, I’m worried that they’ll attack Princess Falanya at any given moment. 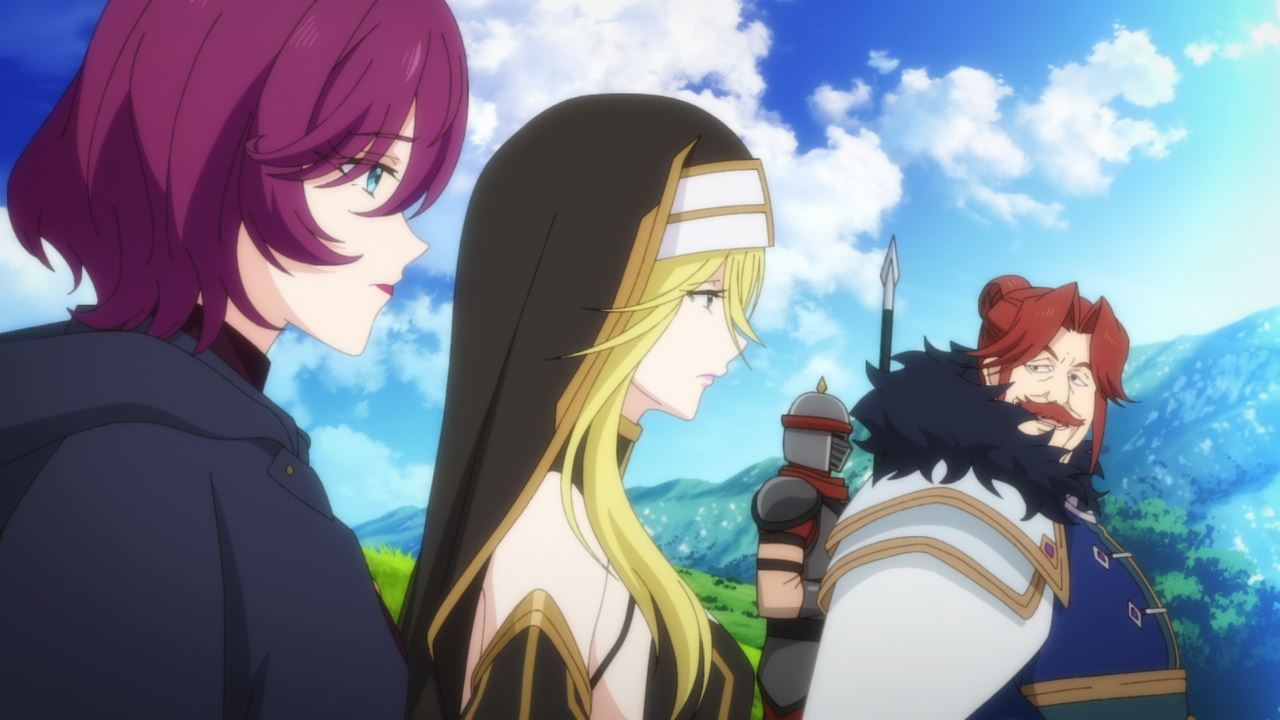 One more thing, I forgot to mention a new character named King Gruyere Soljest, where he’s in cahoots with Caldmellia since he’s an Holy Elite himself.

But wait a minute, is King Gruyere planning to capture Falanya Elk Arbalest and turn into one of his wives? Prince Wein won’t allow that! 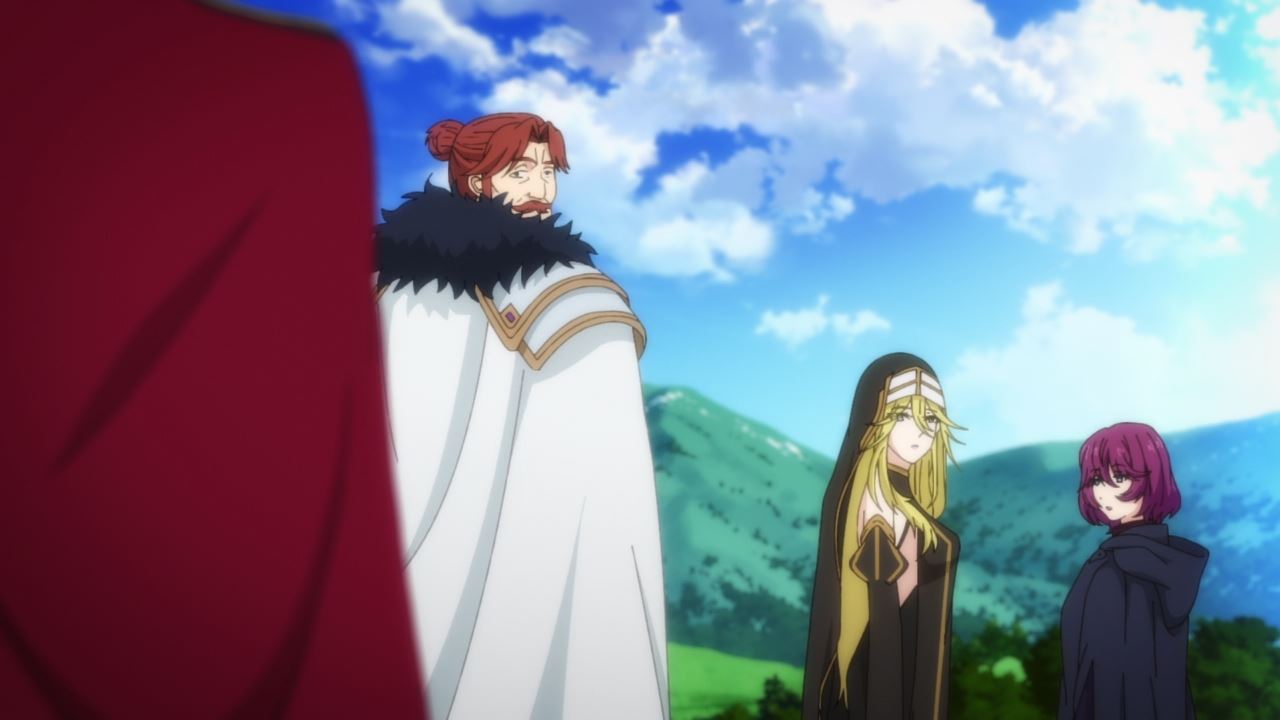 Fortunately, Prince Wein has arrived to stop them where he’ll talk his way out rather than resorting to violence. C’mon, he’s a gentlemen after all… unless they insulted Ninym or threaten Falanya of course. 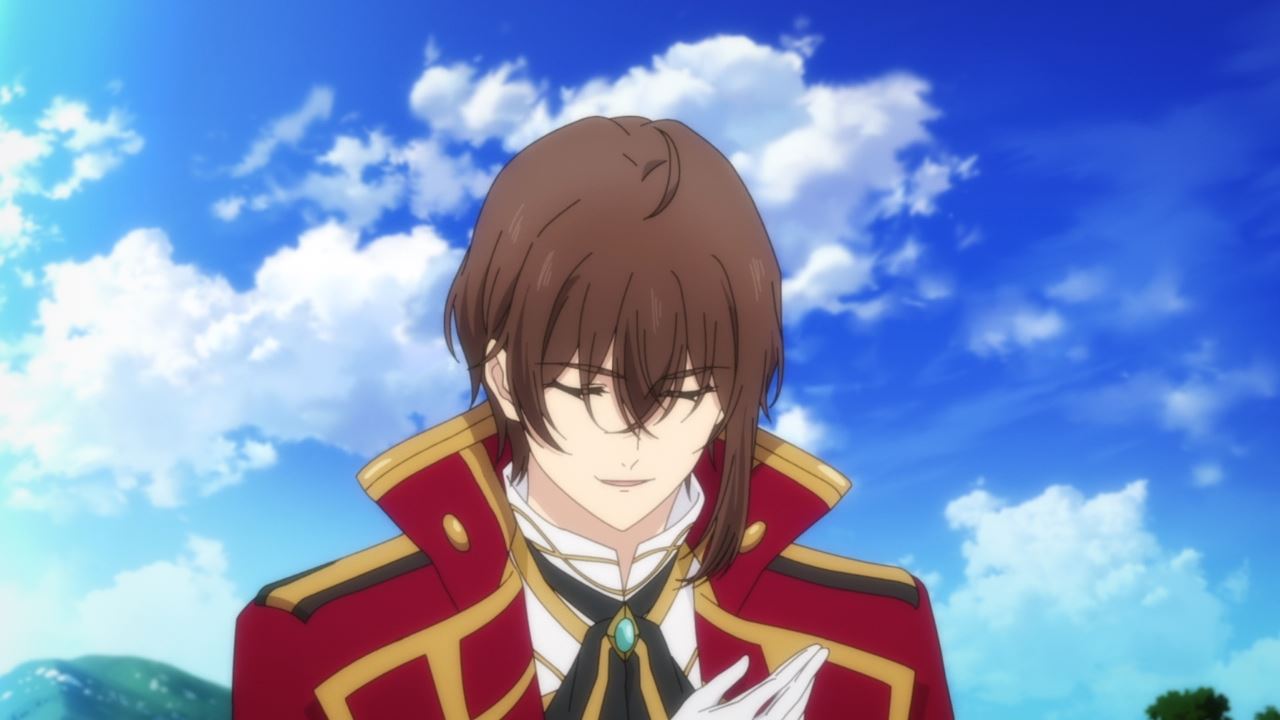 Anyways, tune in next time where Prince Wein’s gambit at Mealtars will commence. Good luck to him!