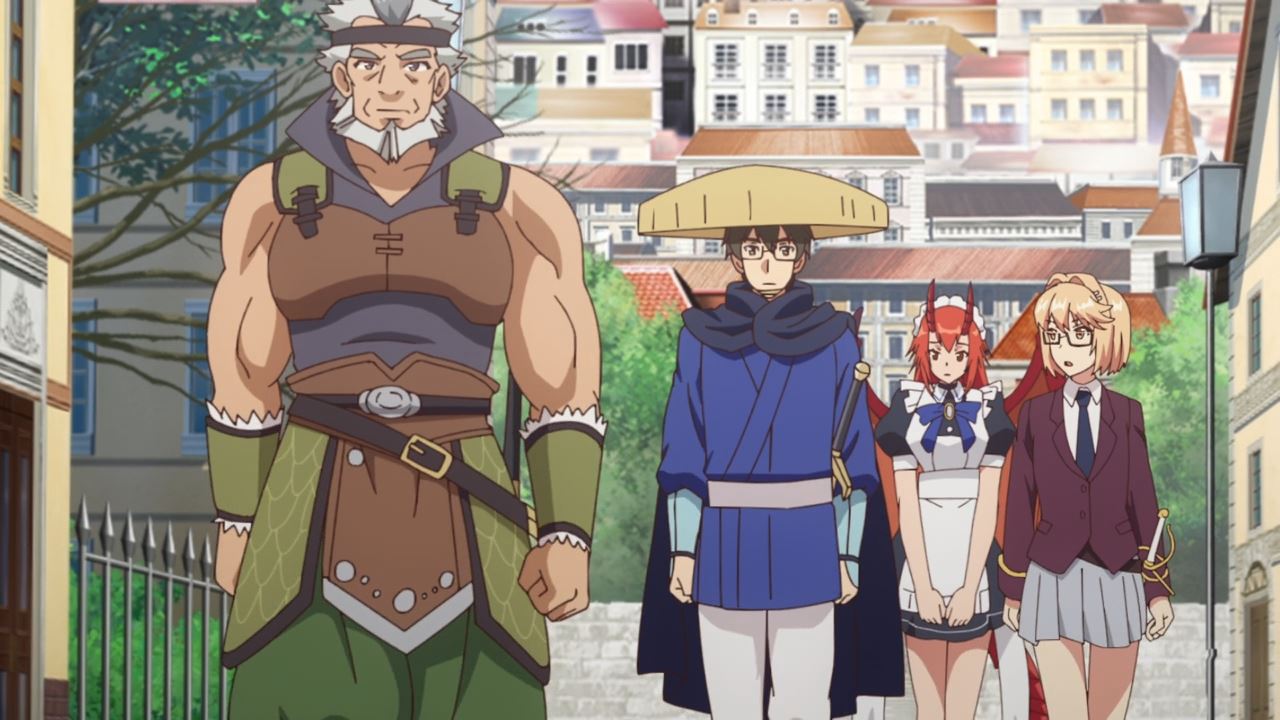 Well everyone, looks like Kazuya Souma is visiting a former slums in Amidonia or should I say Friedonia since the kingdom has doubled its size. 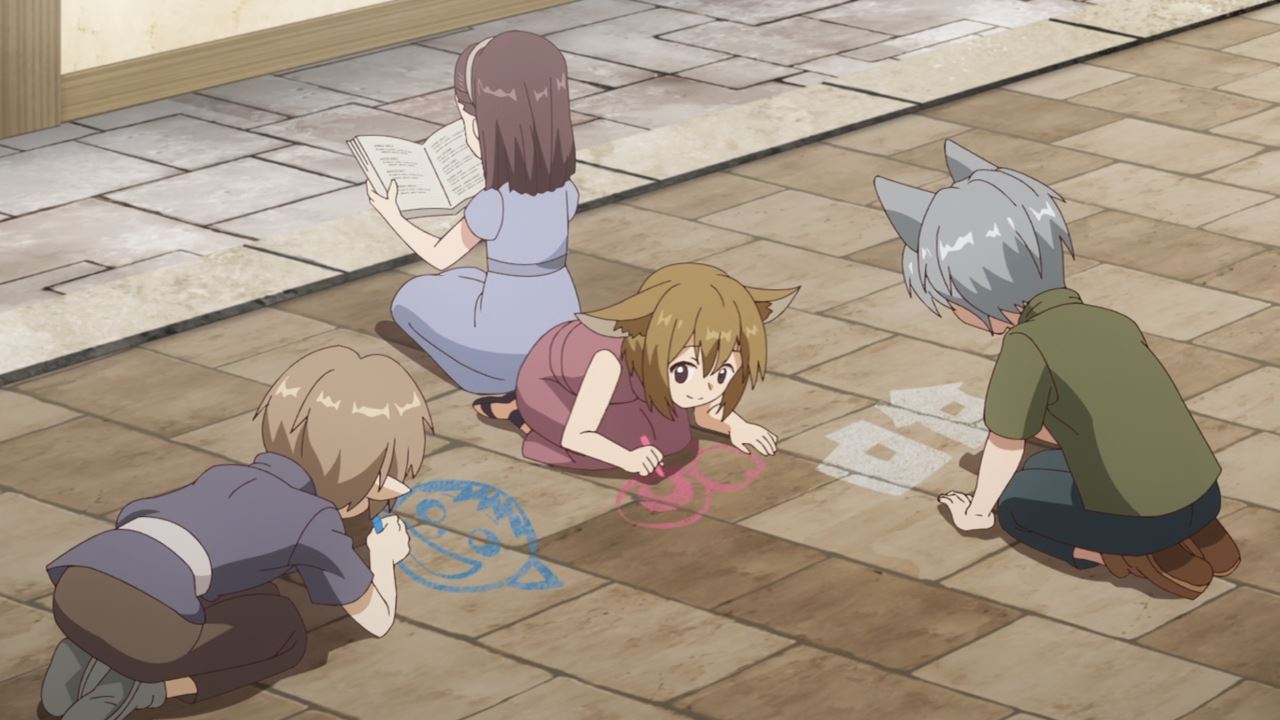 Joined by Owen Jabana, Carla Vargas, and Liscia Elfrieden, they’re surprised that the slums have been rebuilt into proper city districts where children and adults can do freely. Speaking of the kids, let’s hope that they won’t grow up as troublesome people who vandalizes on buildings.

Of course, the problem is not just turning slums into proper living spaces, but the onset of disease where the king advised everyone to wash their hands, and gargle their mouths everyday. Even with the advisory to clean themselves, there are pathogens that might infect everyone who are not careful. Even magic couldn’t heal them. 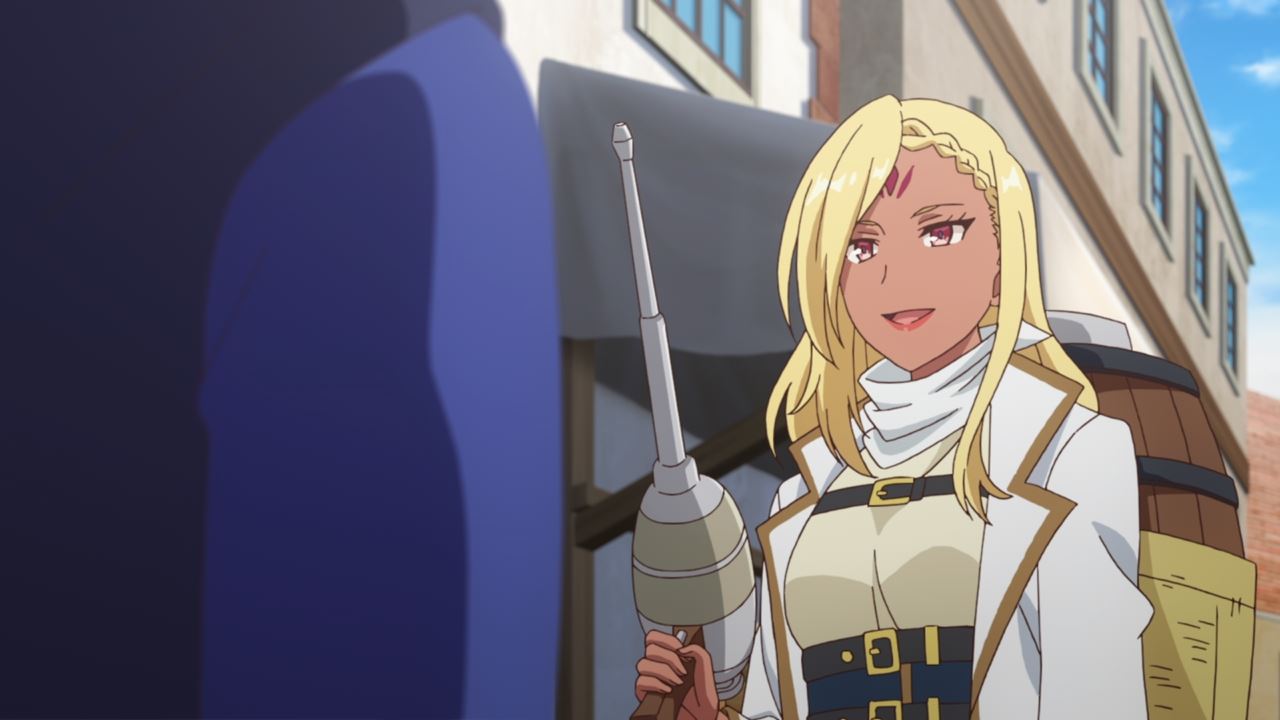 That’s where King Kazuya employed Hilde Norg, one of the first medical specialists where her third eye can detect micro-organisms nearby and disinfect them.

Oh yeah, Hilde has a partner named Brad Joker, but she doesn’t like him due to his peculiar personality. Man, I’m curious on what he looks like in the future. 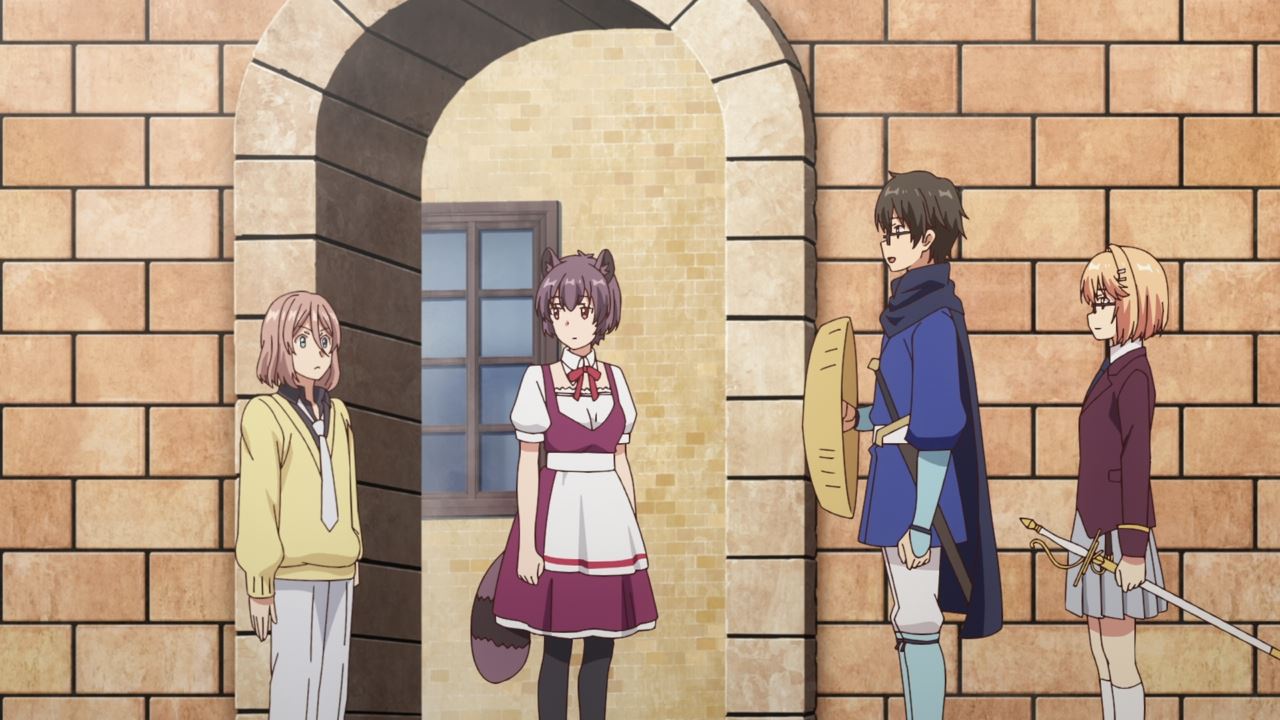 Now then, let’s visit Ginger Camus where his school is a big hit for kids who want to learn various skills. Heck, they even have free lunches too.

Unfortunately, Ginger is struggling to convince the adults to study as they would rather do hard labor than learning various skills like medicine, civil engineering, the list goes on. Man, I hope the king will convince them otherwise. 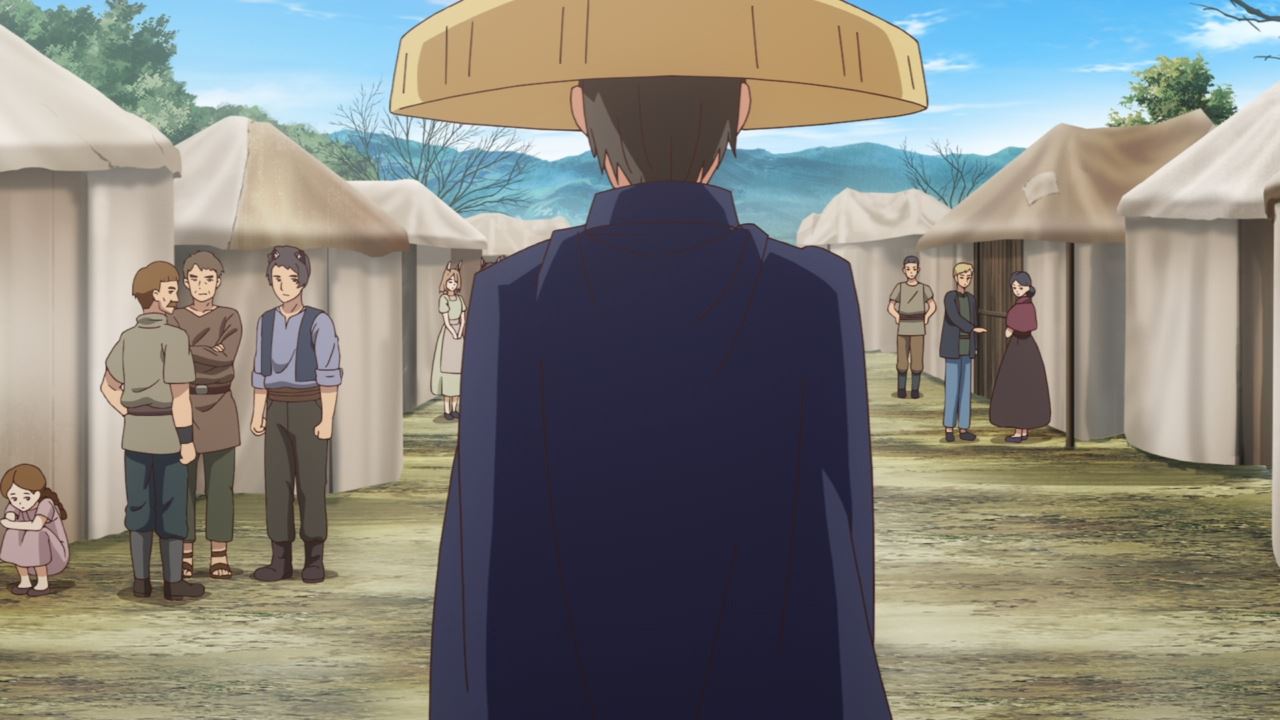 Afterwards, it’s time to deal with the refugee camps were some people are displaced due to war. Also, let’s not forget about the Papal State of Lunaria where they’re gonna invade Friedonia anytime soon. 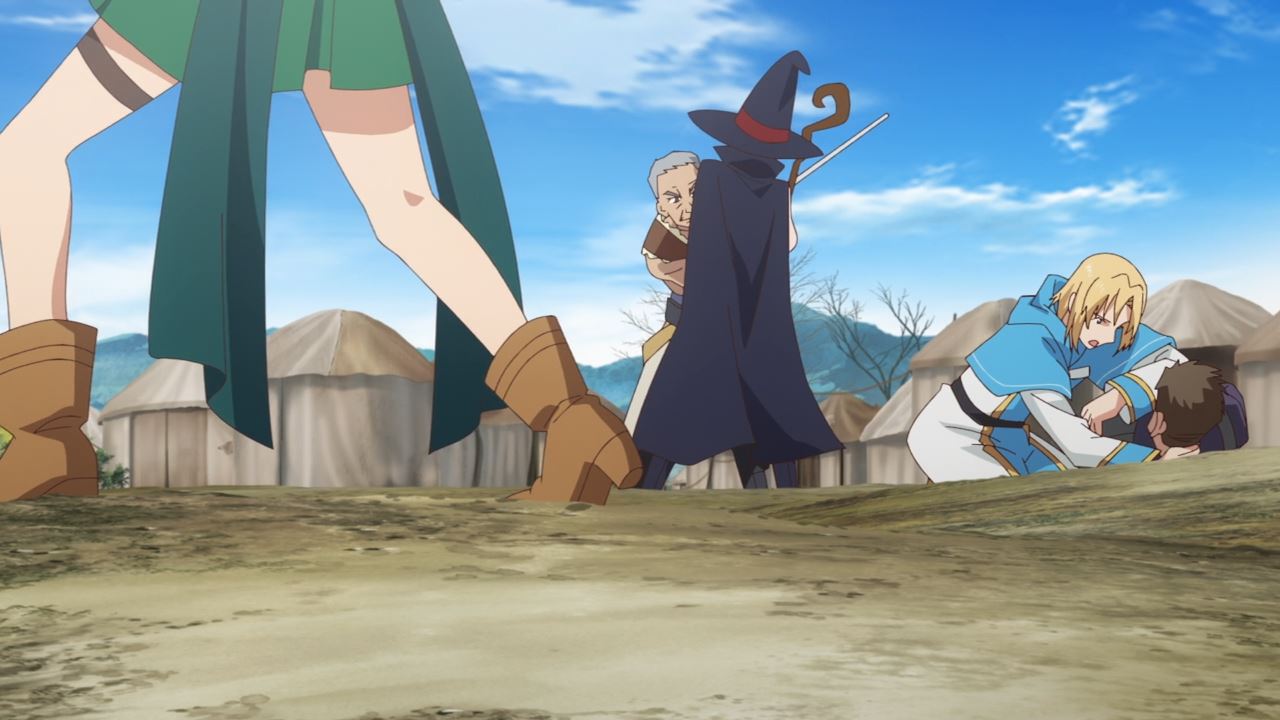 Unfortunately, the refugee camps has some bad people lurking around the area. Luckily, the adventurers are taking care of- Wait, is that Yuno over there? 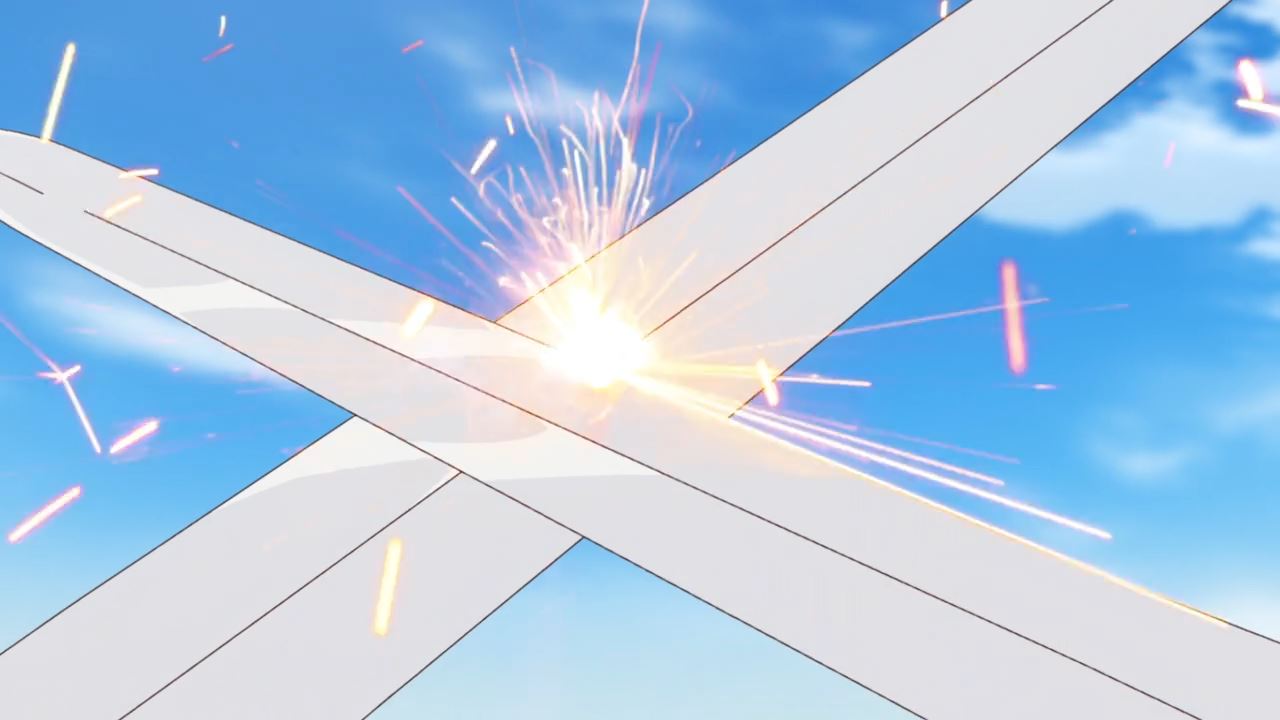 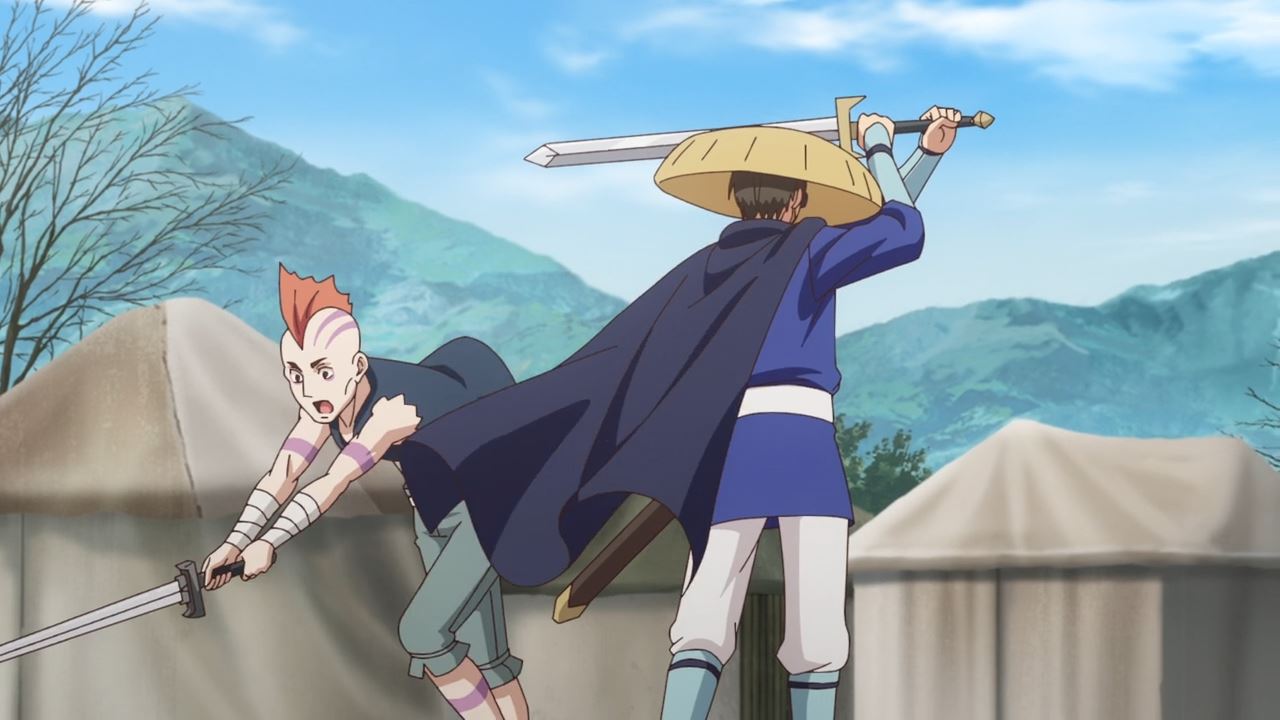 Well then, looks like Kazuya Souma and the rest will have to deal with those bad eggs by themselves, although I think he should let Liscia do the fighting. Nice parry from him, by the way! 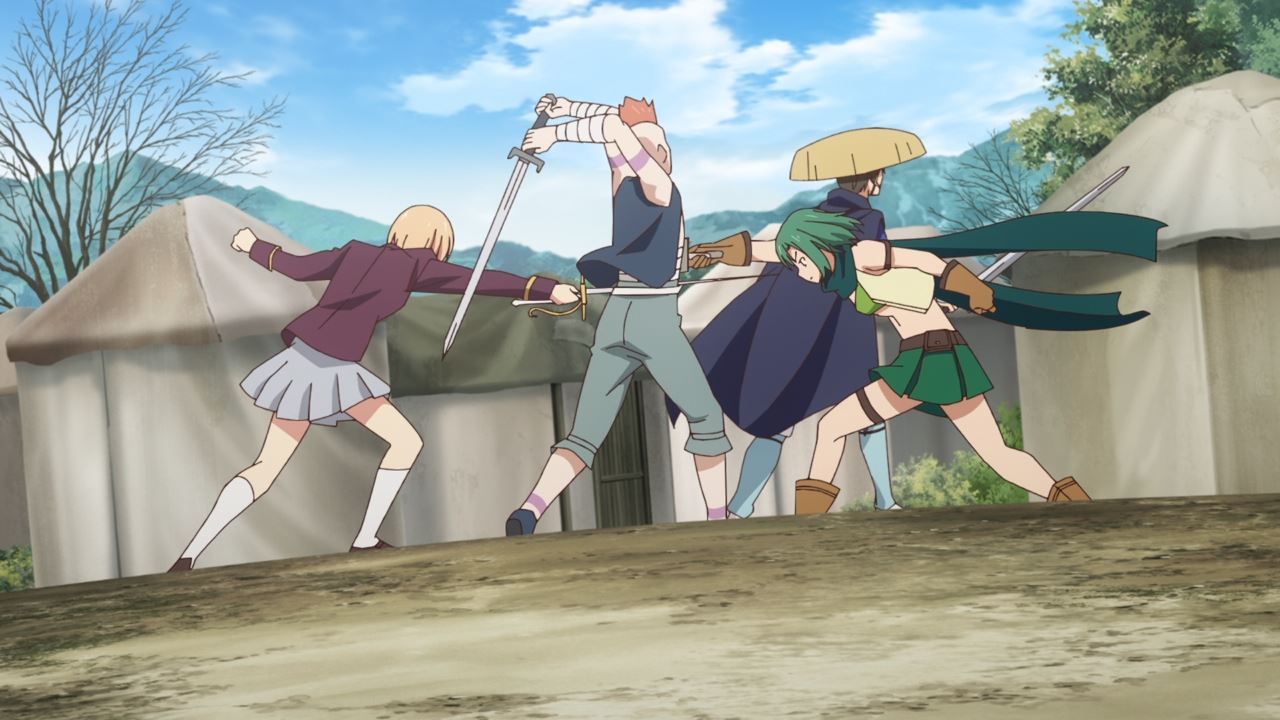 But anyways, this thug is history where Liscia and Yuno stab him. But seriously, Kazuya should take care of the innocent refugees. 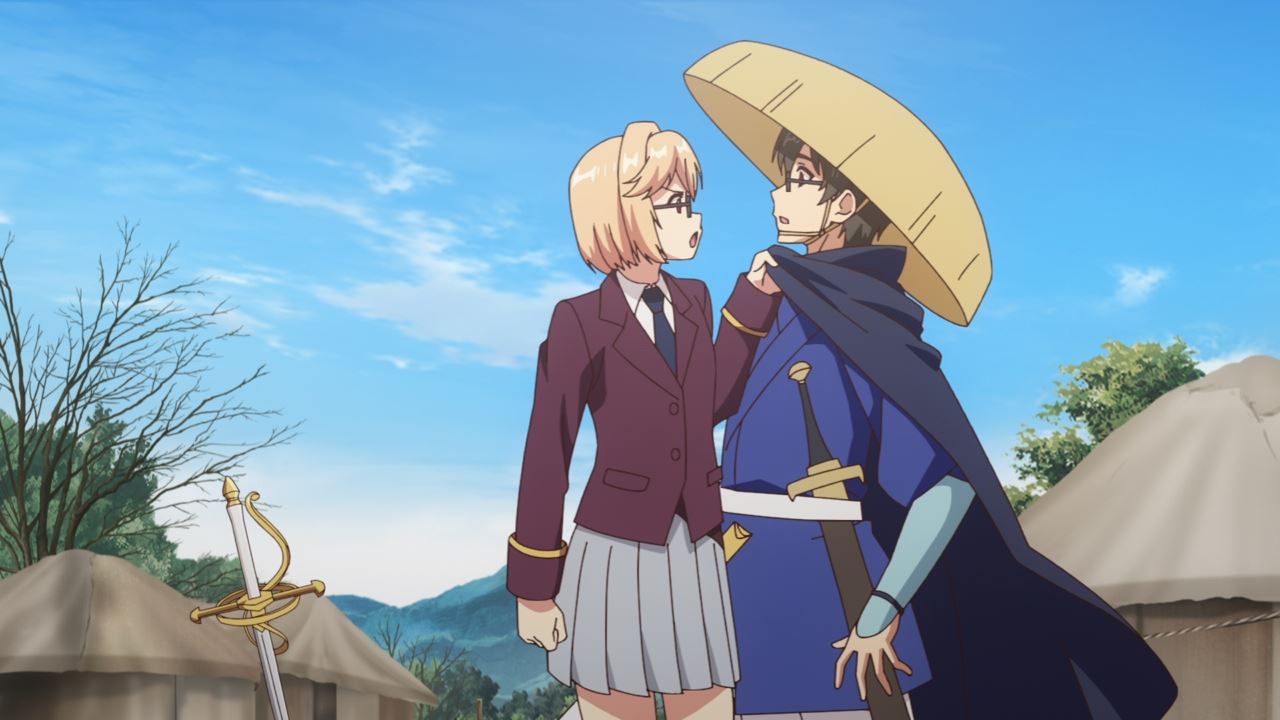 Even Liscia called him out for risking his life against a mere thug. If he dies, the entire kingdom goes down with him. 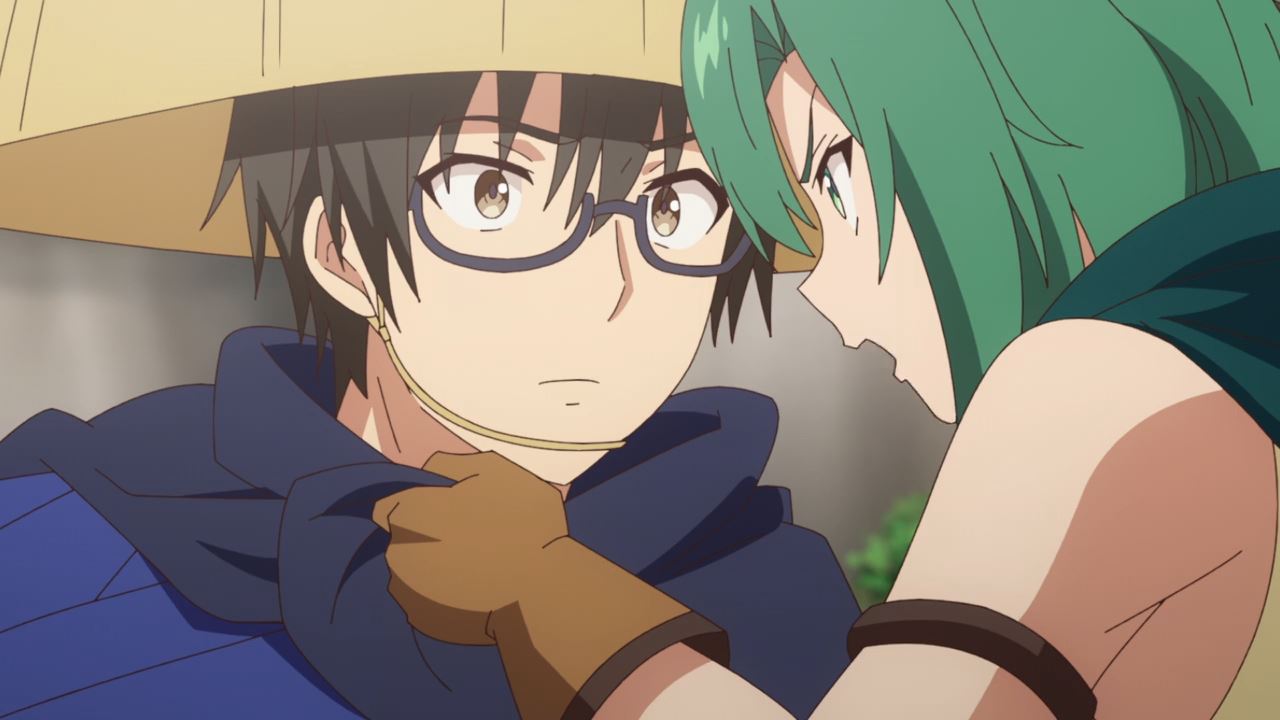 Also, looks like Yuno got really angry towards Kazuya for calling her name. Little did she know is that the Living Poltergeist named Mascot is actually the king underneath. 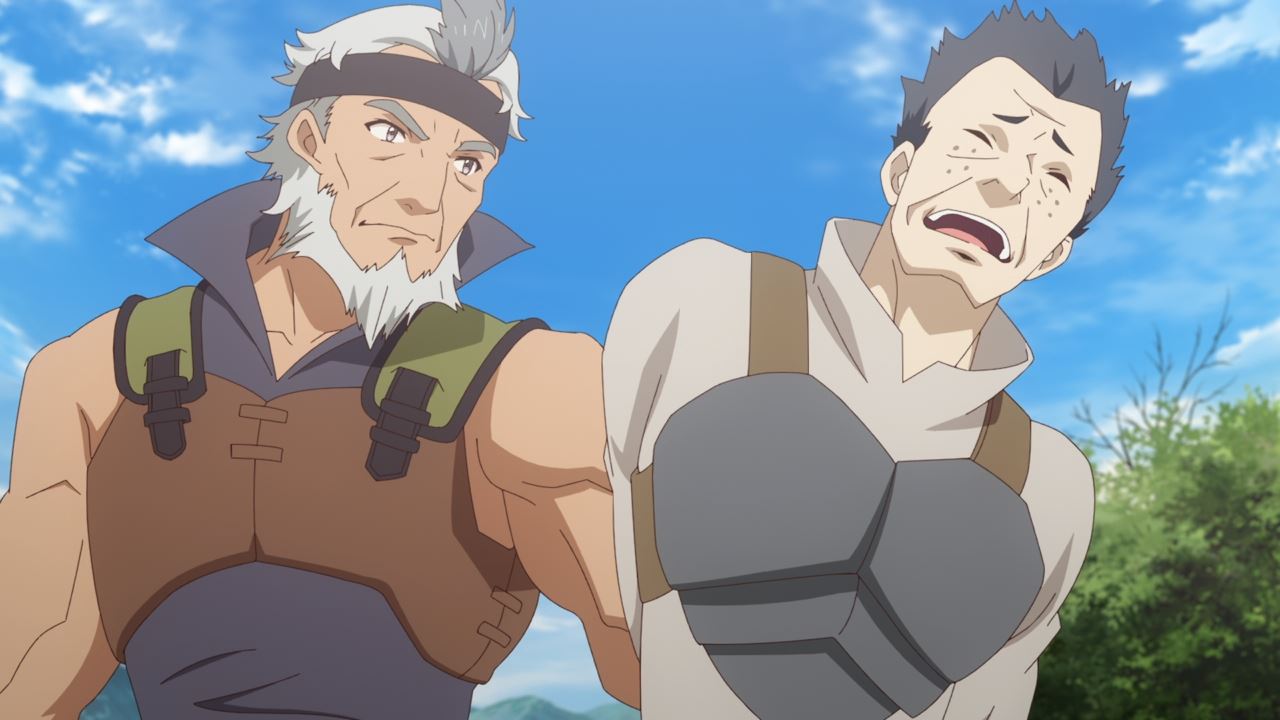 Now then, turns out that these thugs are ordered by some slave trader who refused to change his/her old ways, thus they continue kidnapping women and children.

Yeah, looks like slavery hasn’t been abolished yet in some places and the king won’t forgive that. 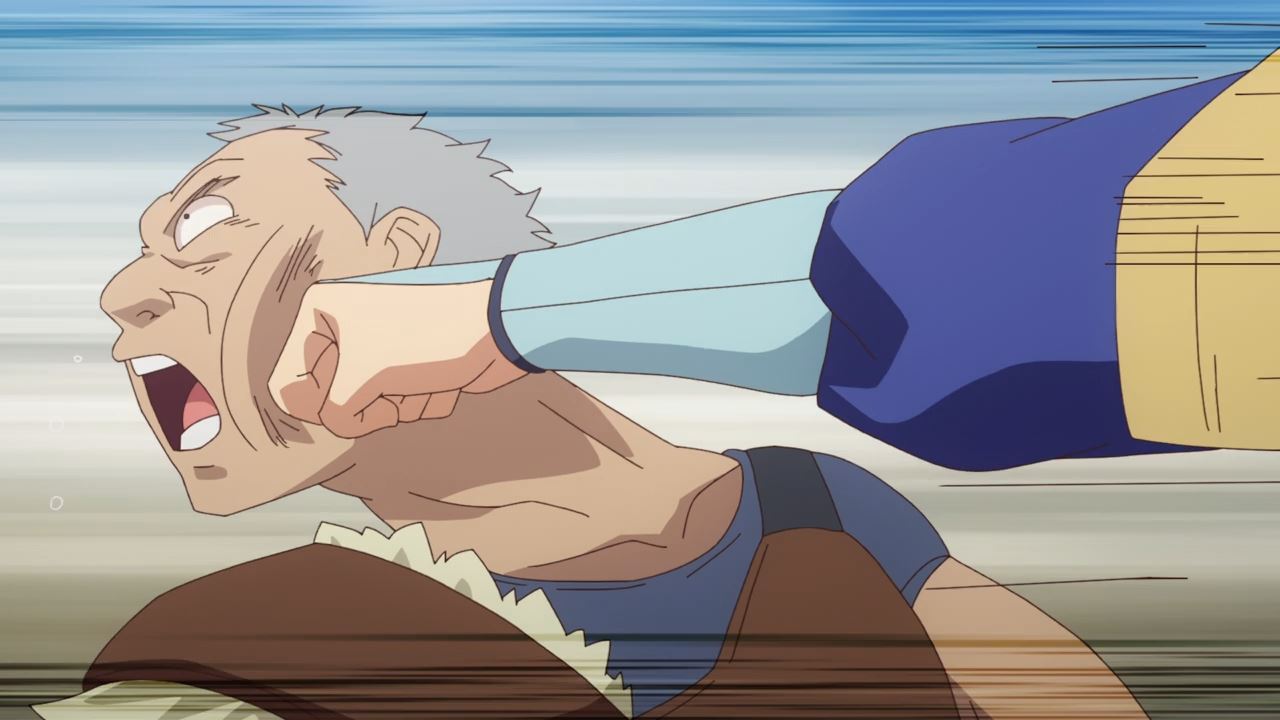 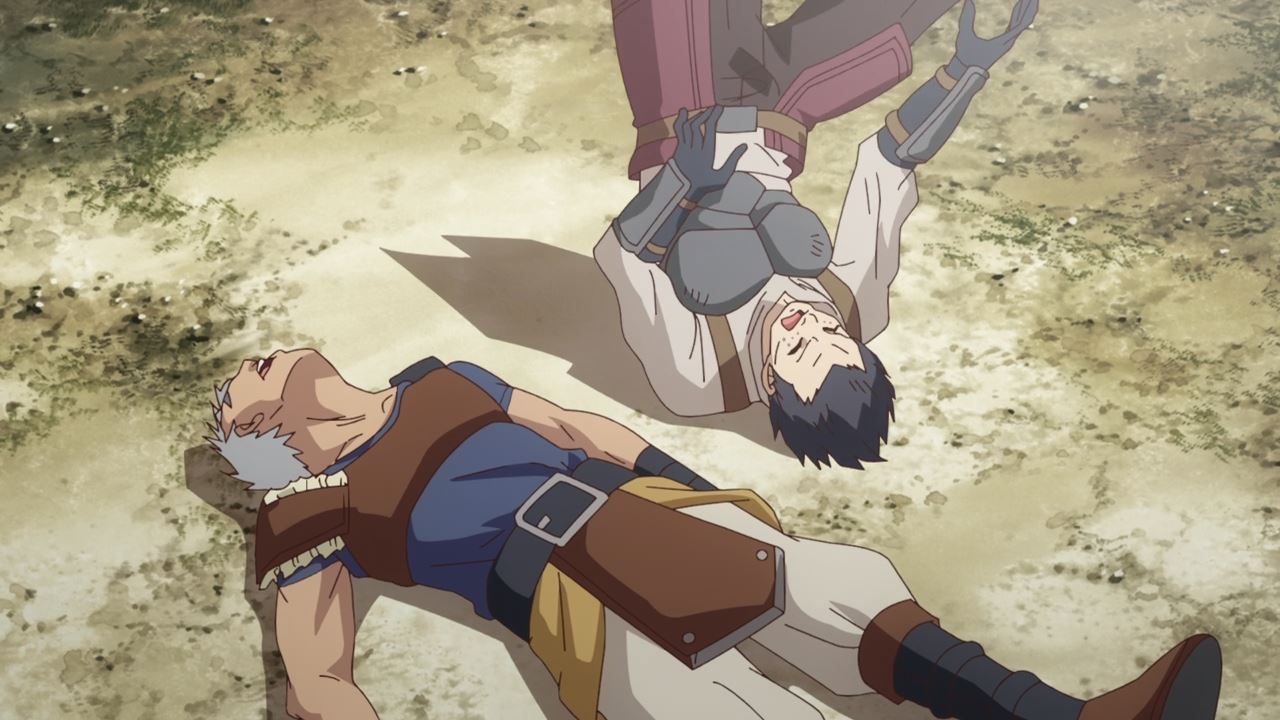 And so, the king punched both thugs and I have to say that Kazuya Souma will have to tell Hakuya Kwonmin regarding it. Of course, his actions have attracted lots of people. 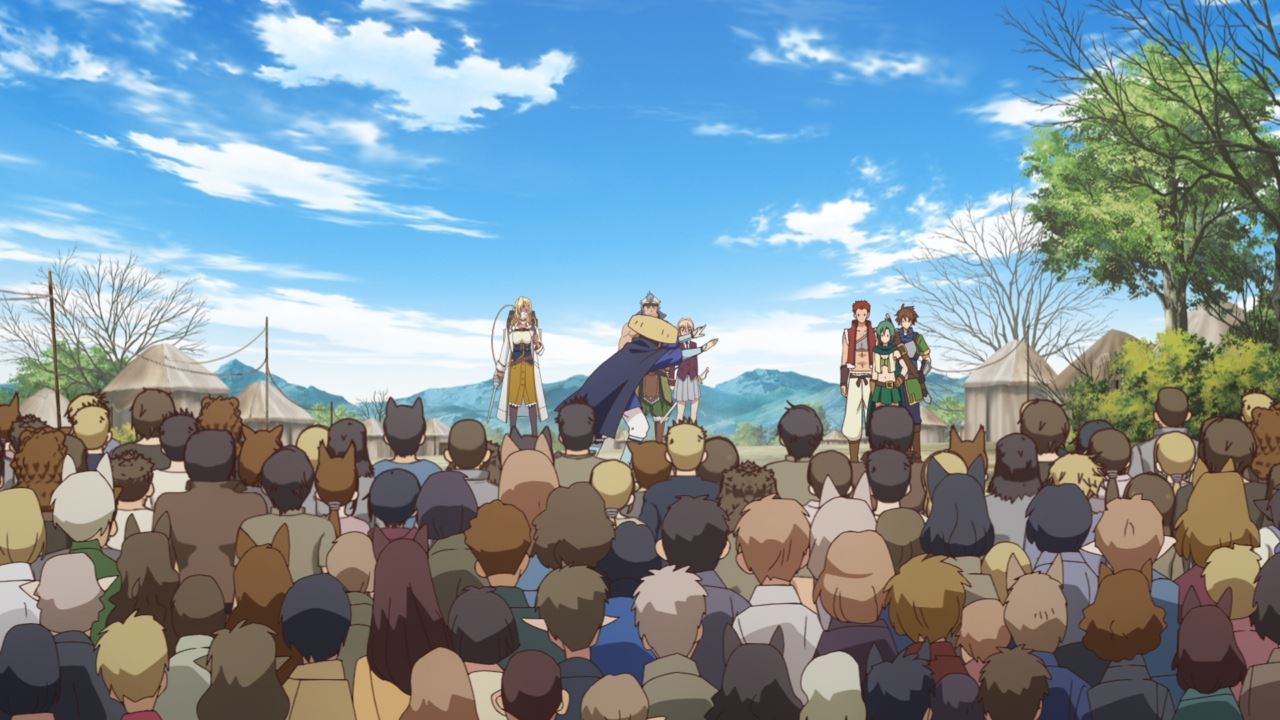 So, King Kazuya told them that Yuno and her party are the ones who stopped the criminals from kidnapping innocent refugees. 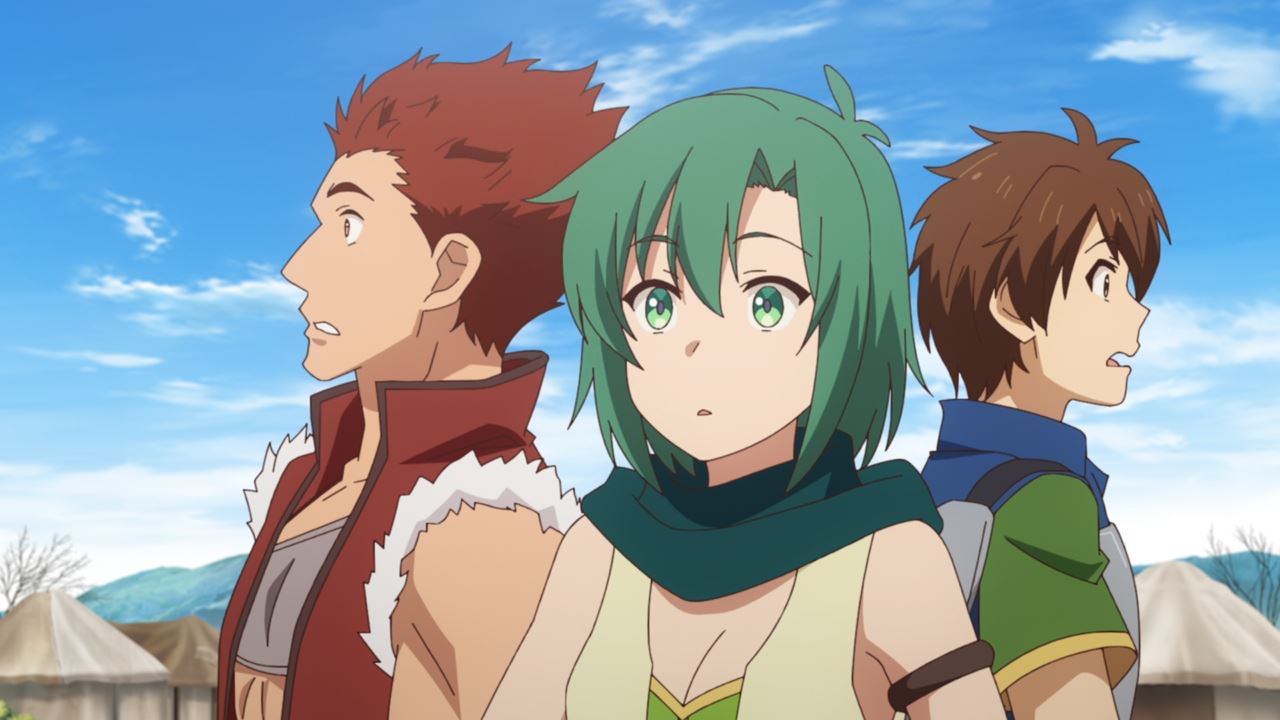 For Yuno and the rest, they’ll have to bear with lots of praises even though they hardly do anything. Sorry Yuno! 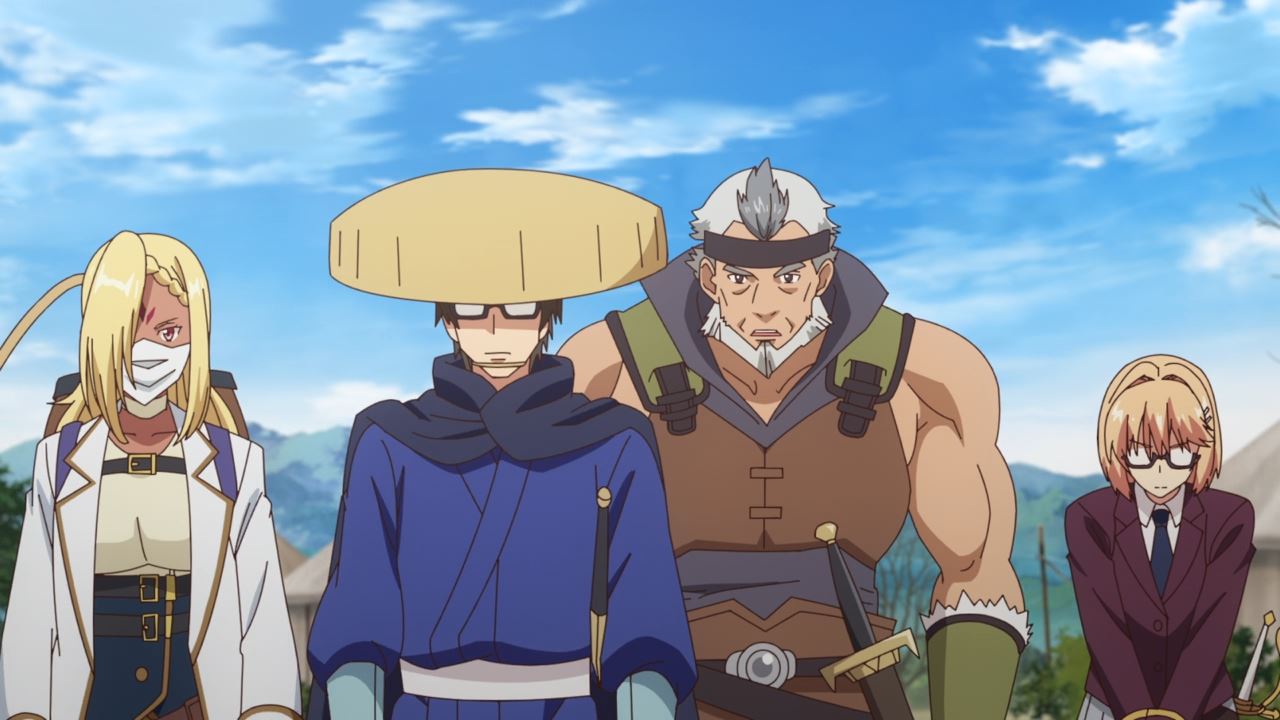 Well then, I guess Kazuya Souma and the rest will have to find the ringleader and put that person into justice. On the other hand, I feel that the slave trader is somewhat linked to Lunaria.

But you know what, I’ll find out next time as this show has 3 episodes to go!