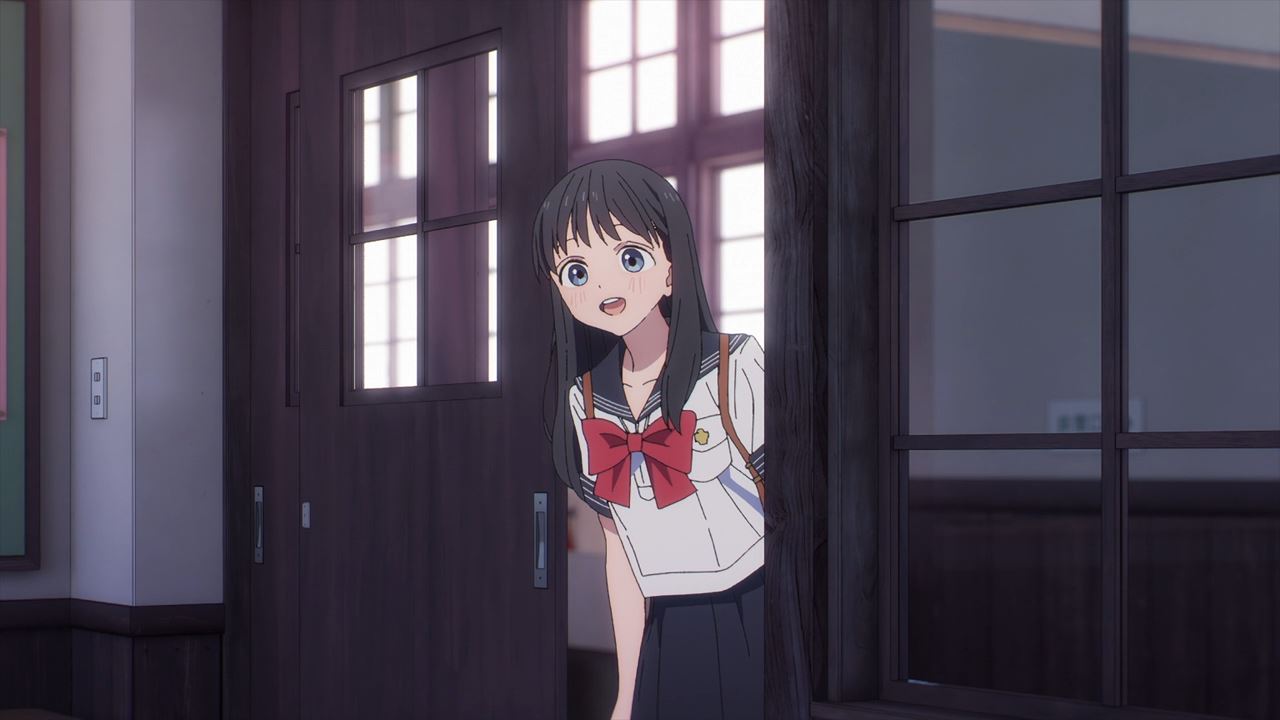 Here’s Komichi Akebi making her summer debut in her alternate uniform. But she’s not the only one who’s wearing a summer uniform. 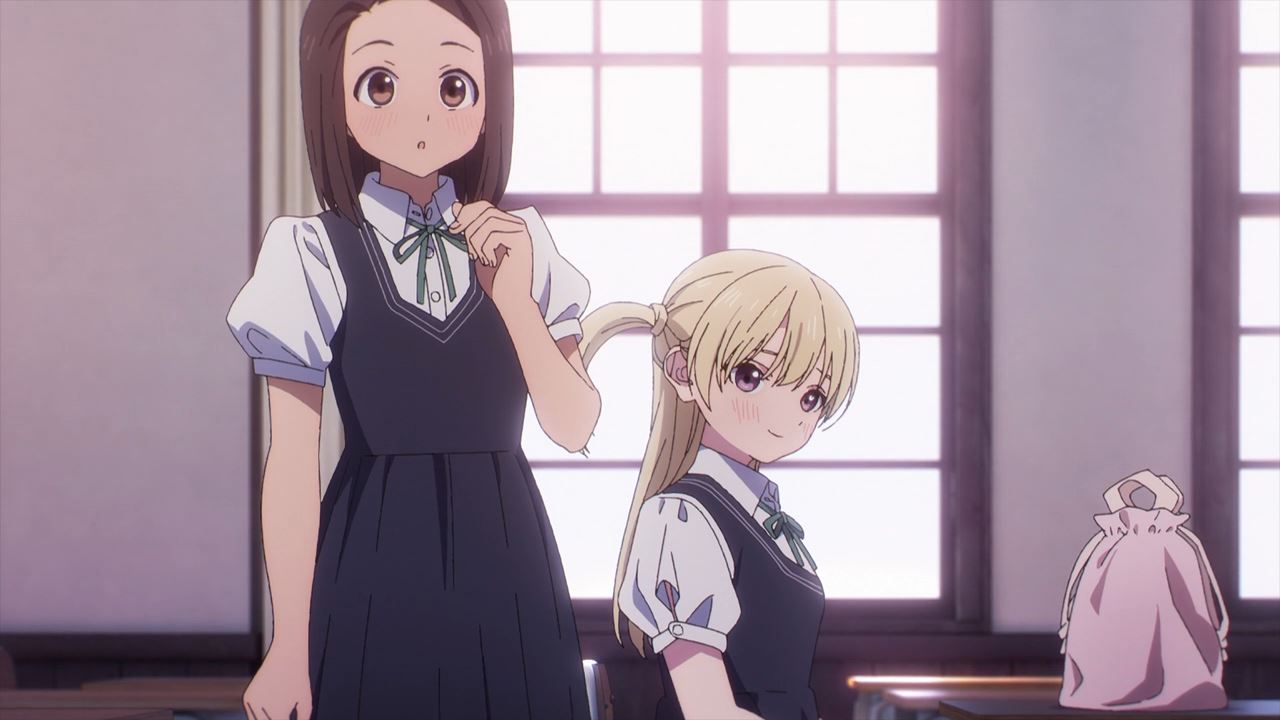 In fact, the rest of Roubai Academy are wearing summer uniforms where they actually looked great. Well then, time to focus on the school festival! 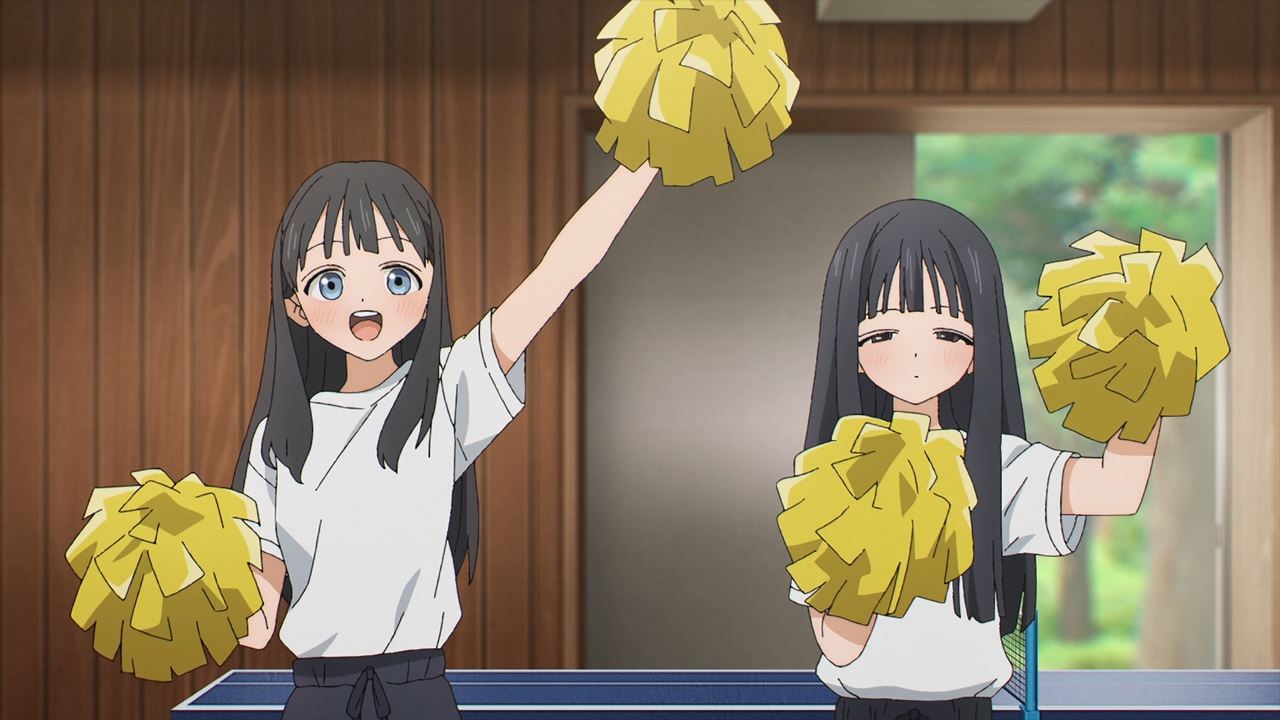 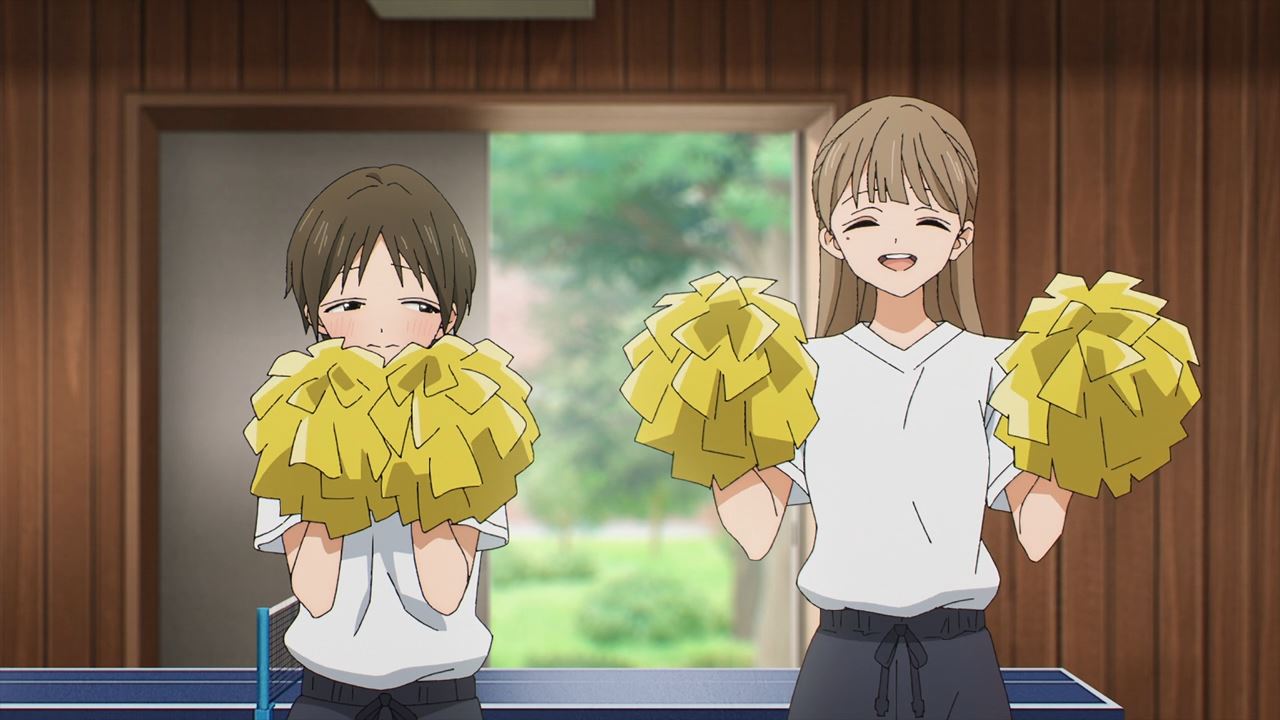 And here they are as Akebi-chan is practicing her cheerleading skills together with Neko Kamimoku, Kei Tanigawa, and Yasuko Nawashiro.

Then again, I feel they need to do lots of practice as their cheer dance is currently unorganized, not to mention the lack of energy when swinging their pom-poms. 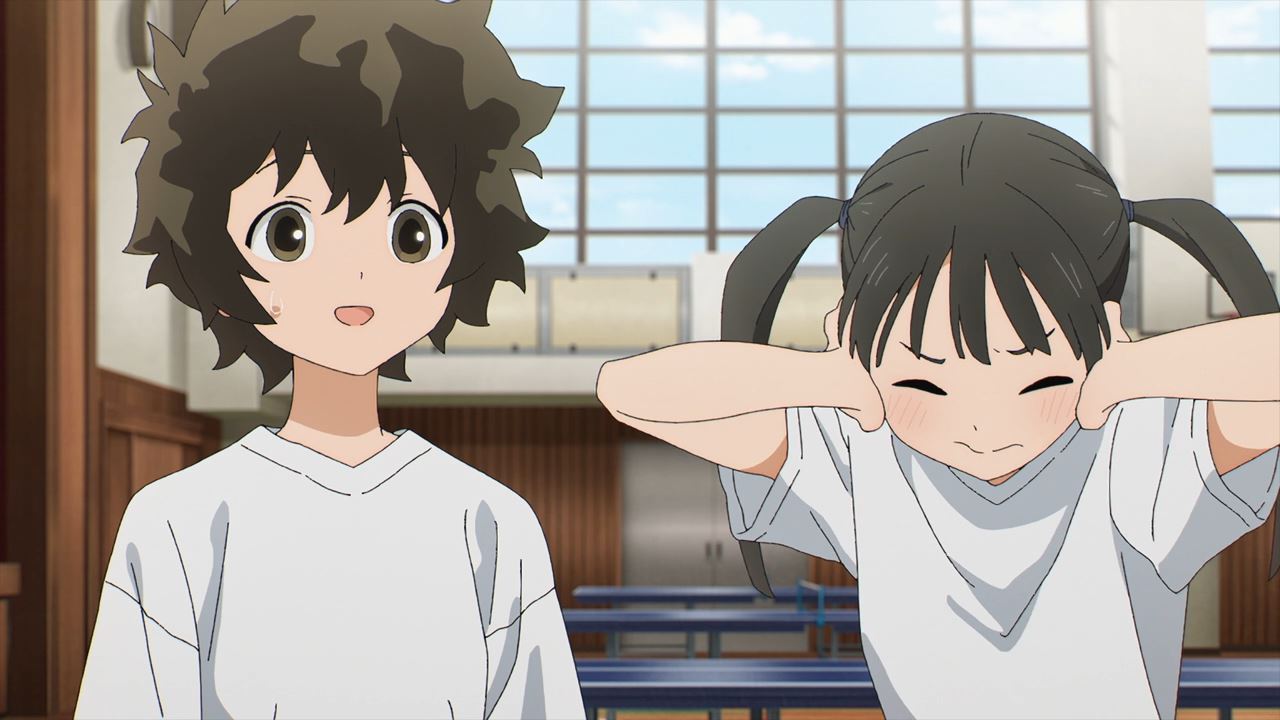 Oh yeah, here’s both Minoru Ookuma and Ayumi Tougeguchi where they’re surprised to see their cheerleading routine, although Tougeguchi is really annoyed that their dance lacked coordination.

In any case, Ayumi gave some cheerleading tips as she doesn’t want to see a messed-up performance. 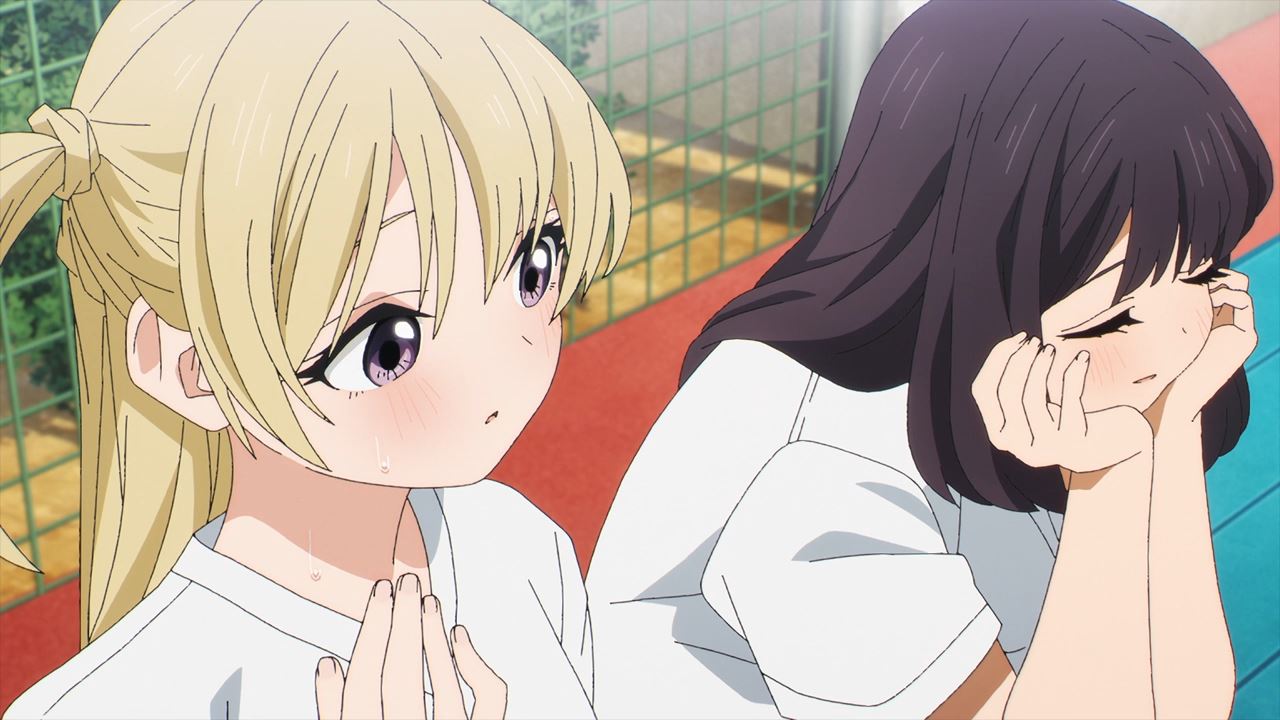 Meanwhile, let’s move onto Riona Shijou where she told Erika Kizaki that she’s struggling to hit the tennis ball over the net.

Some say that her skills have become dull, but the truth is that Shijou is very conscious when it comes to showing her tummy. Oh really, I bet that Shijou has some little fat there.

Speaking of Riona Shijou, looks like she pressed someone’s belly button. Oh boy, this is really lewd, yet I wonder which belly button belongs to? 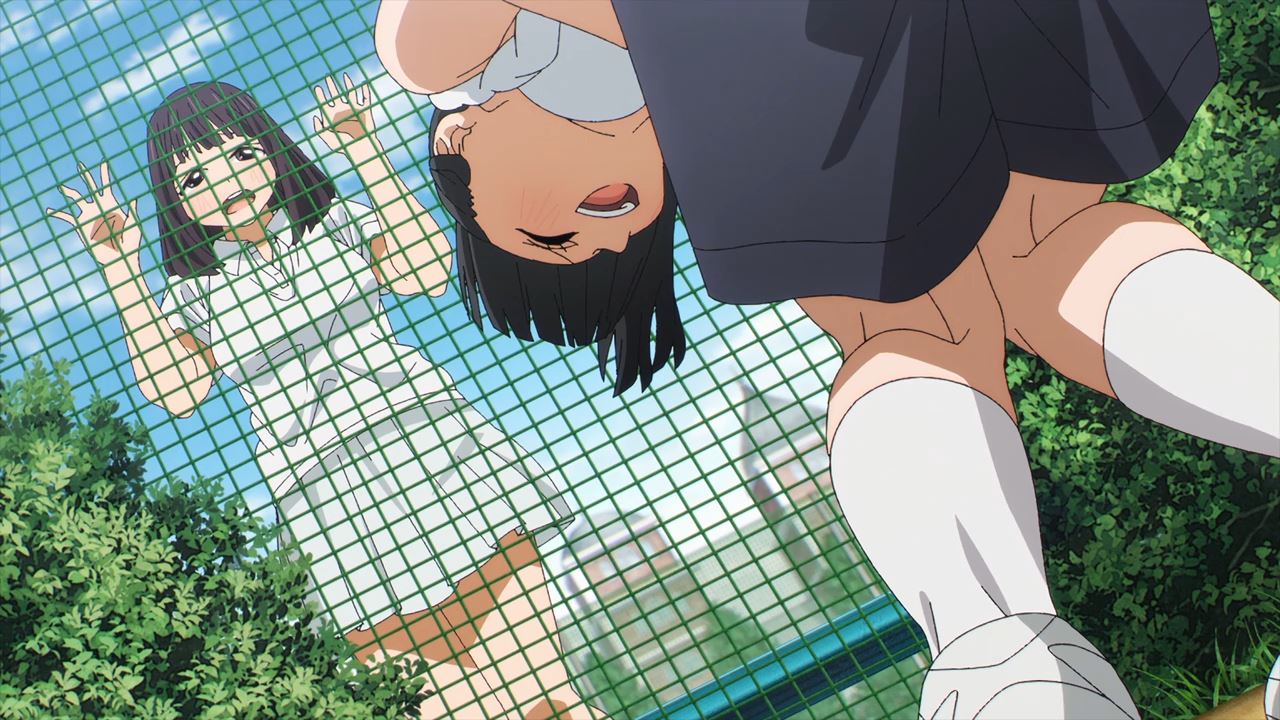 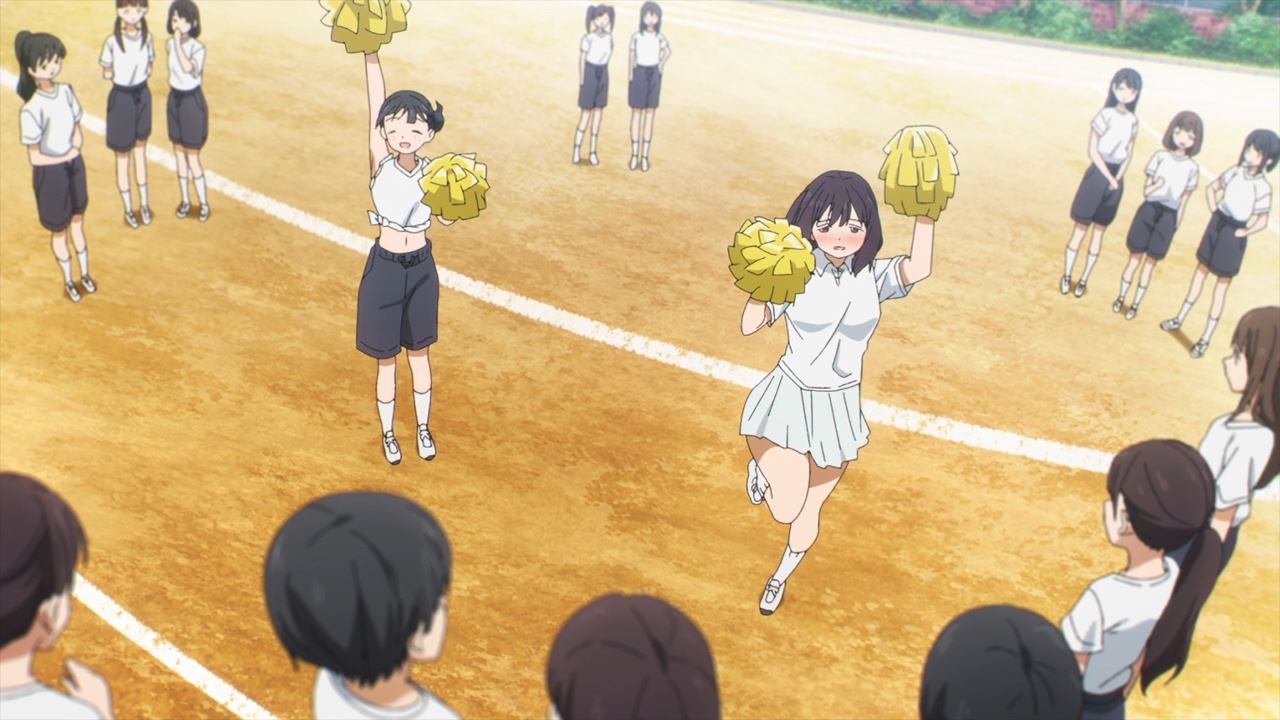 So, Akebi-chan dragged Shijou as they perform a cheerleading routine together. While Komichi improved a lot, Riona is still scared that her tummy might be seen by everybody. 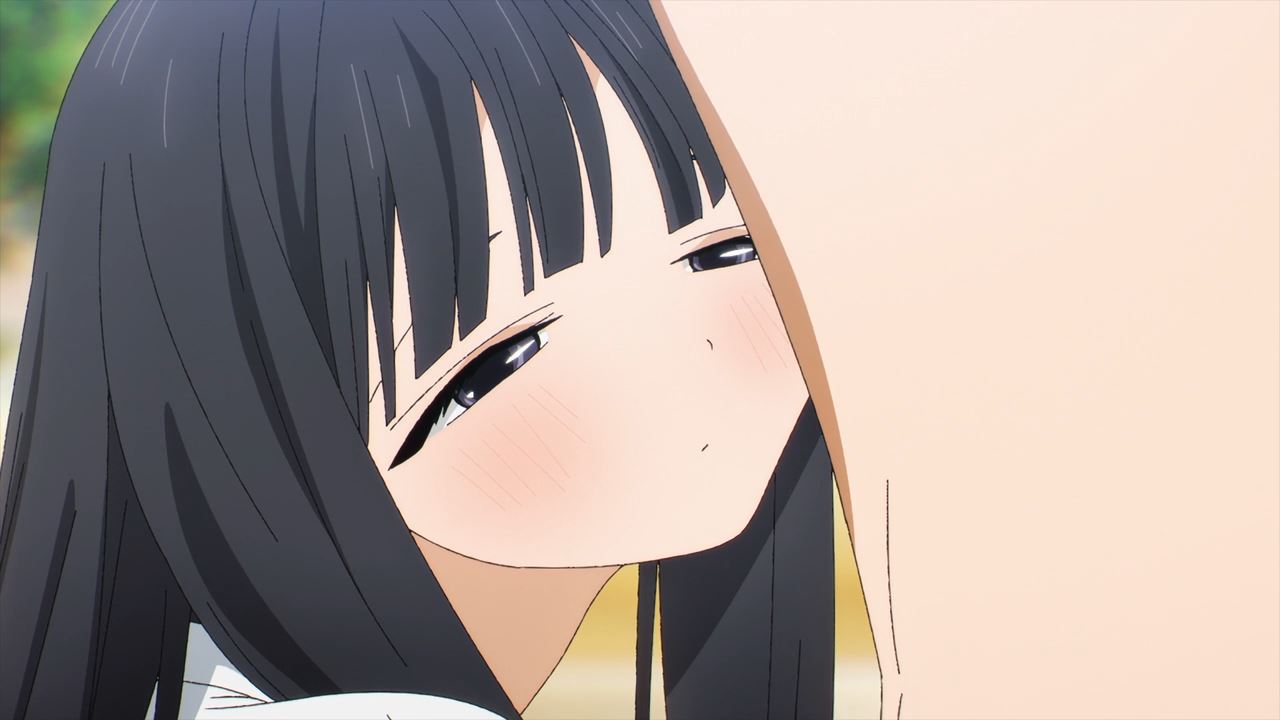 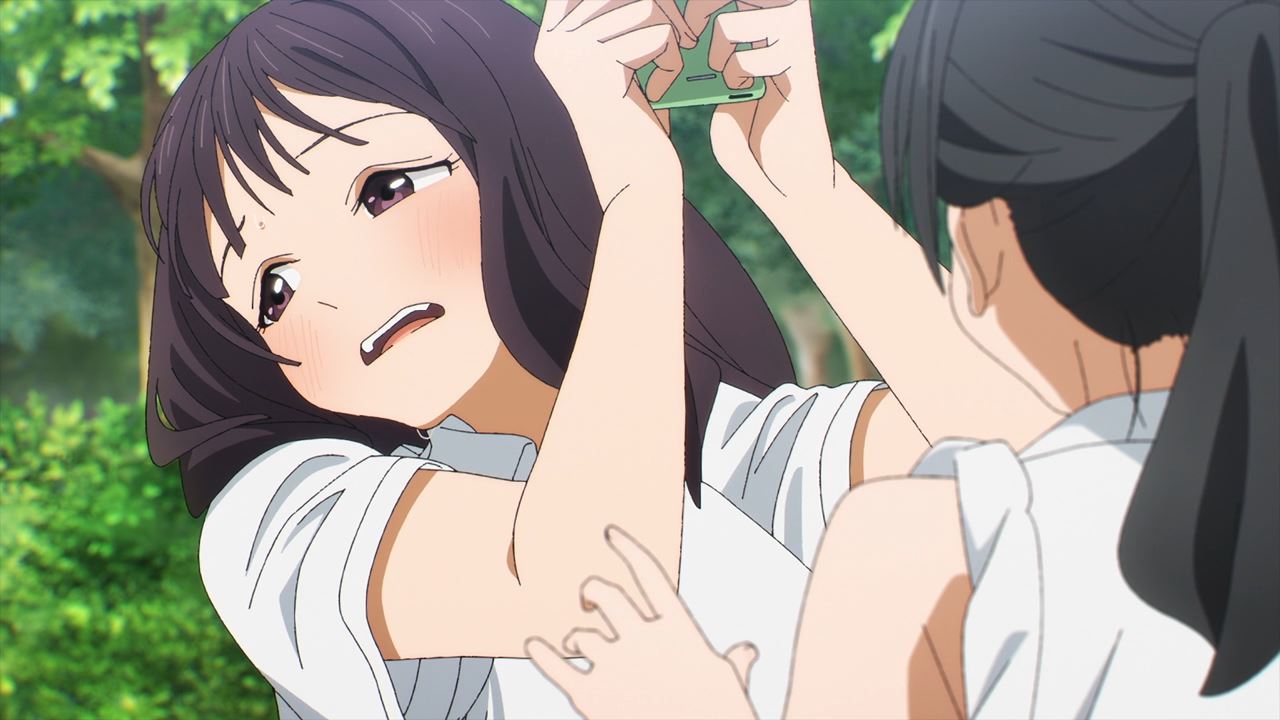 Meanwhile, it appears that Neko Kamimoku is really interested in Shijou’s thighs that she wants to lie her head on it. Of course, Riona can’t stay shy all the time. 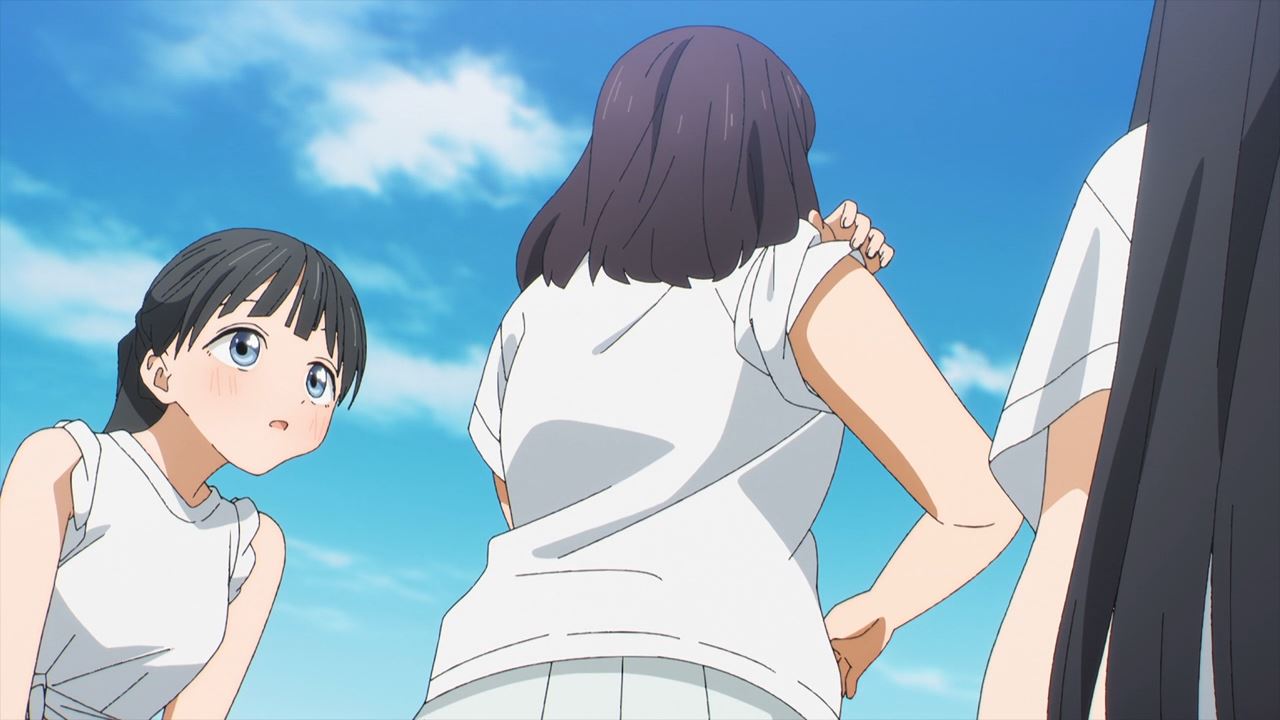 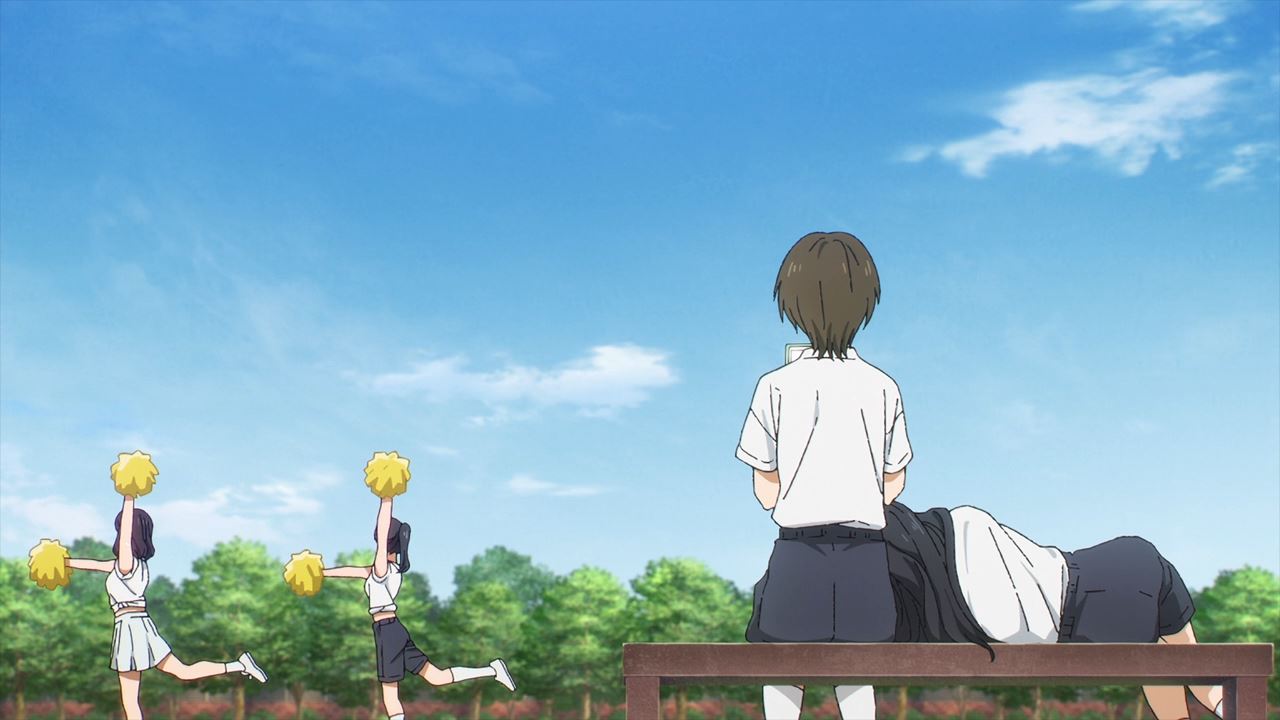 So, she decided to roll her sleeves and try again as Shijou is no longer embarrassed when showing her stomach. I have to say that she doesn’t need to restrict herself. 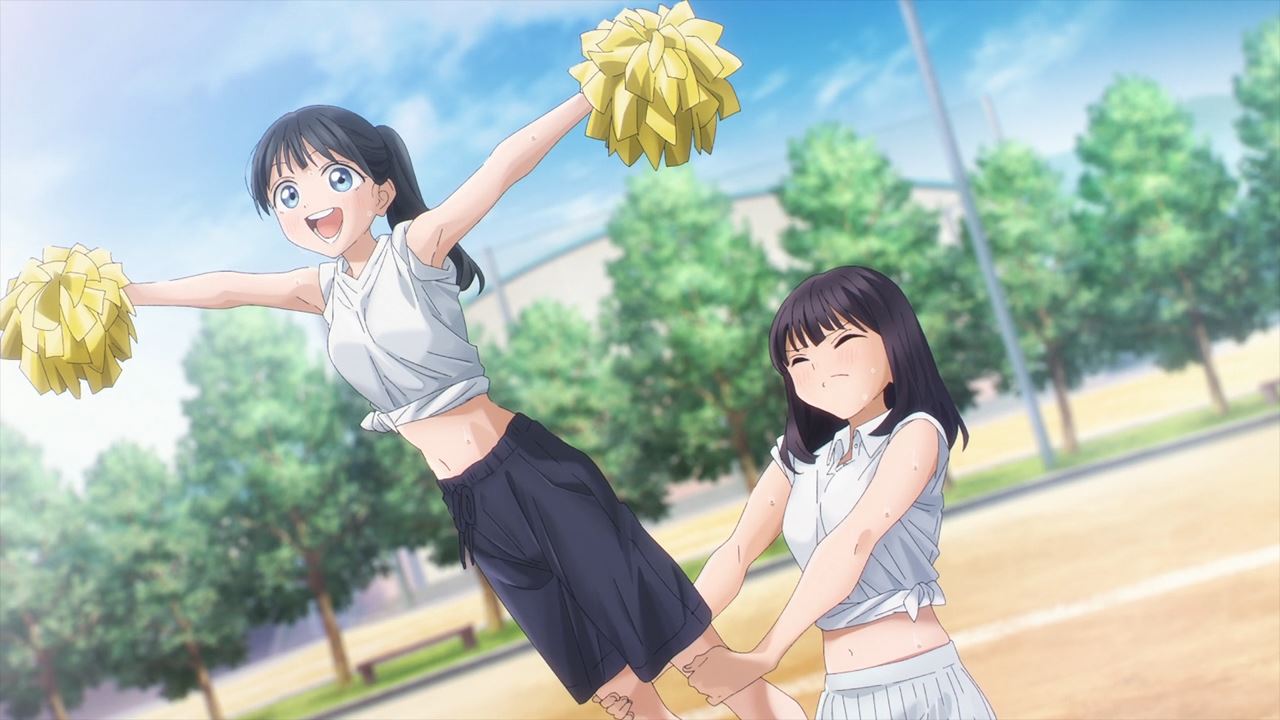 Heck, she even carried Akebi-chan too. With that said, looks like Riona Shijou is no longer conscious on showing some skin. 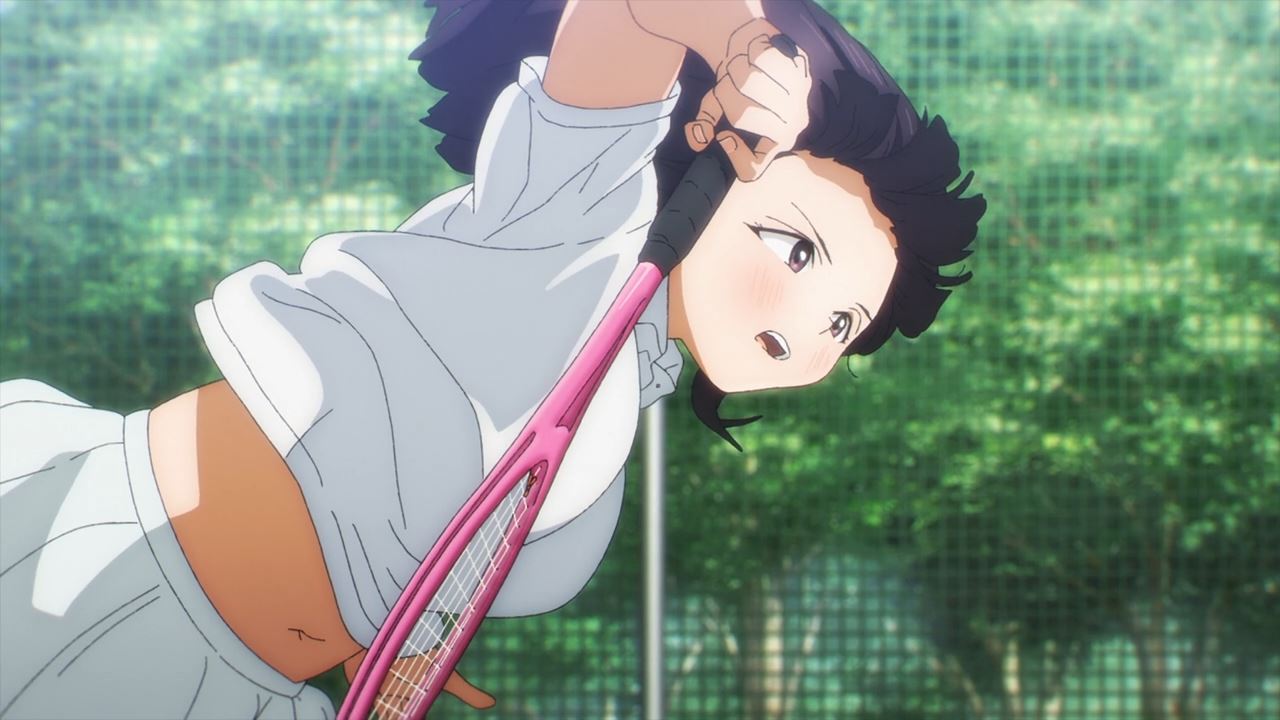 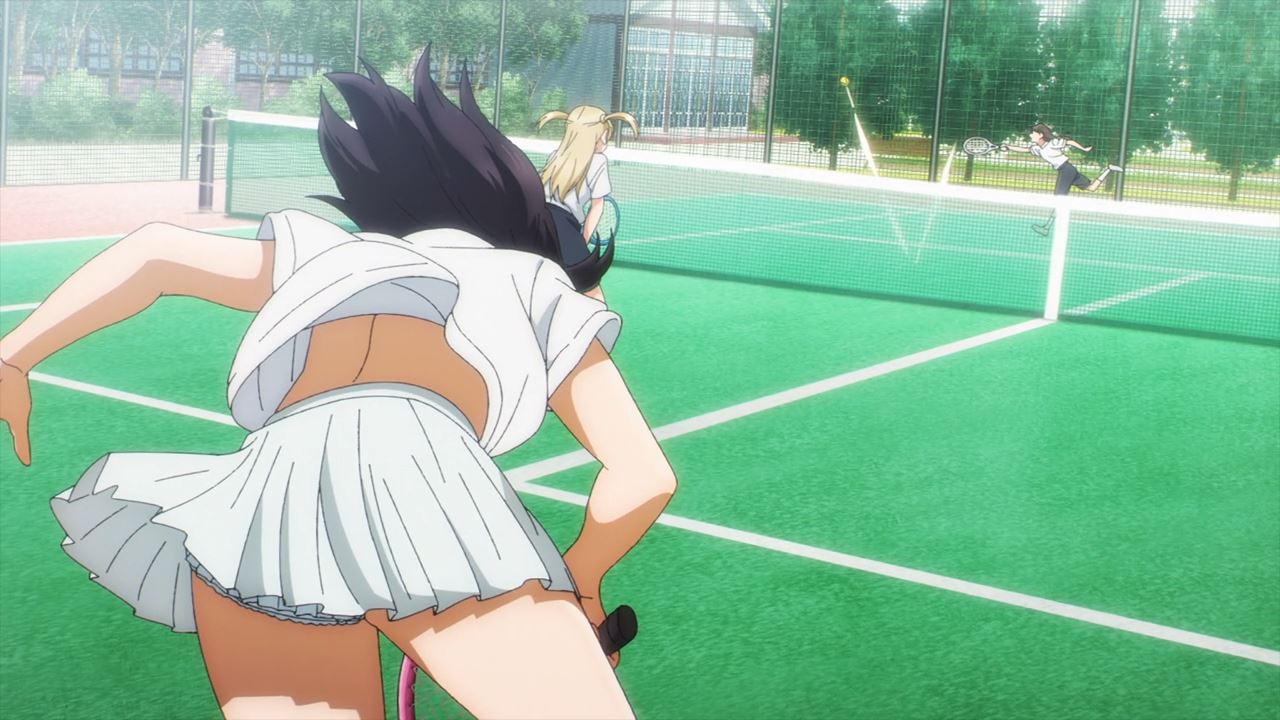 And thanks to Komichi Akebi inviting her to perform cheerleading routines, Riona Shijou can finally smash those tennis balls over the net. Glad that she’s no longer shy with her body. 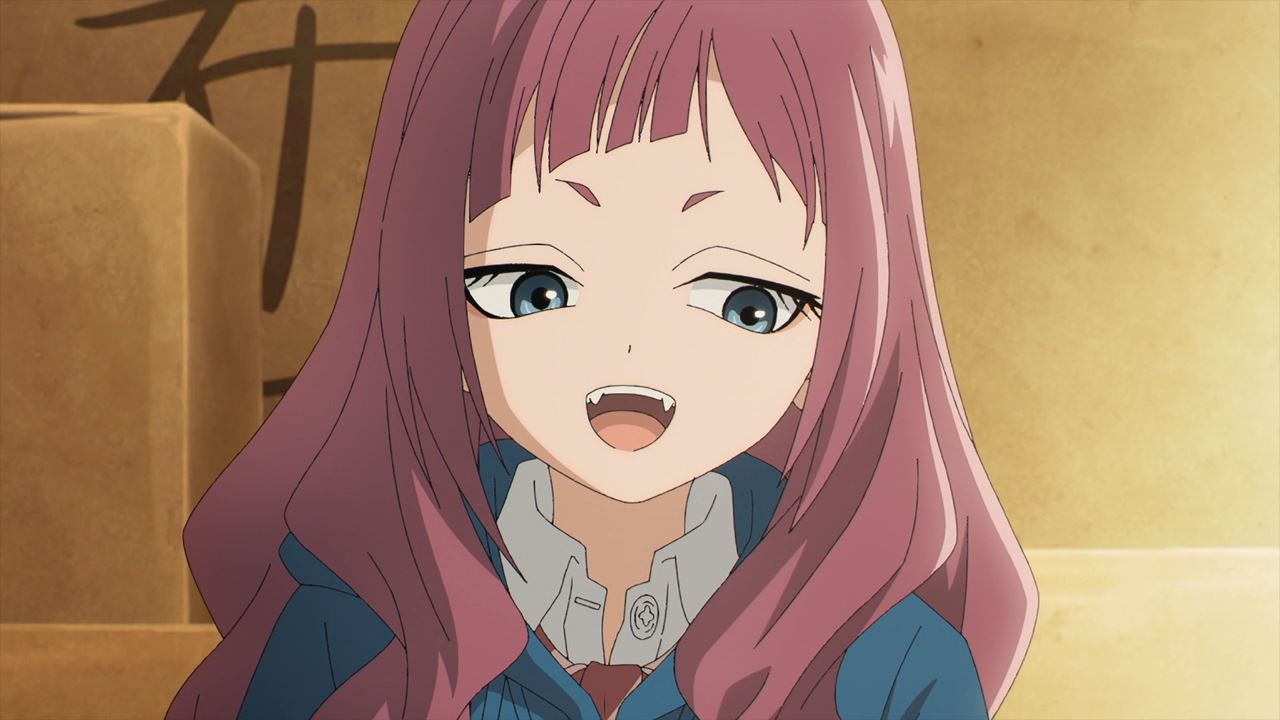 One last thing, it appears that the drama club president has an important announcement. Oh boy, is the club gonna have another member? 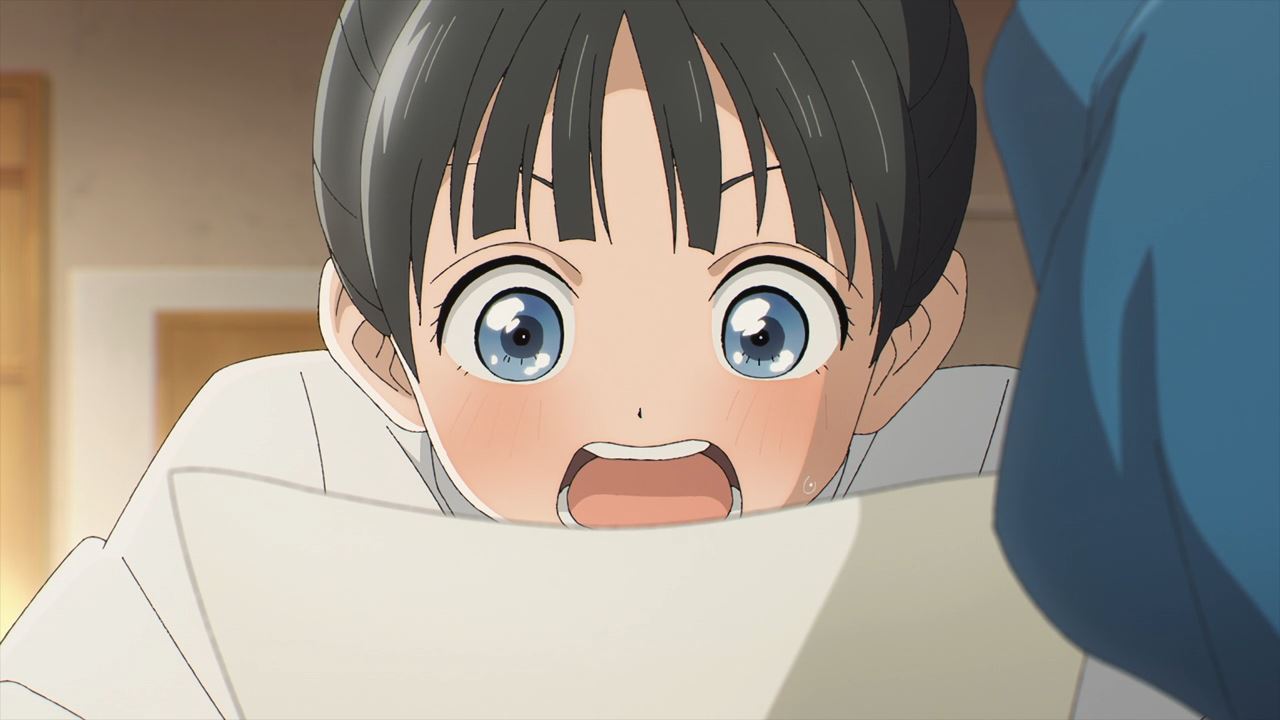 Well, it appears that the club presented a paper where Akebi-chan is really shocked to see it. Don’t tell me that the president decided to let Komichi go?

Anyways, we’ll find out next time as Komichi’s fate at the drama club is left uncertain.