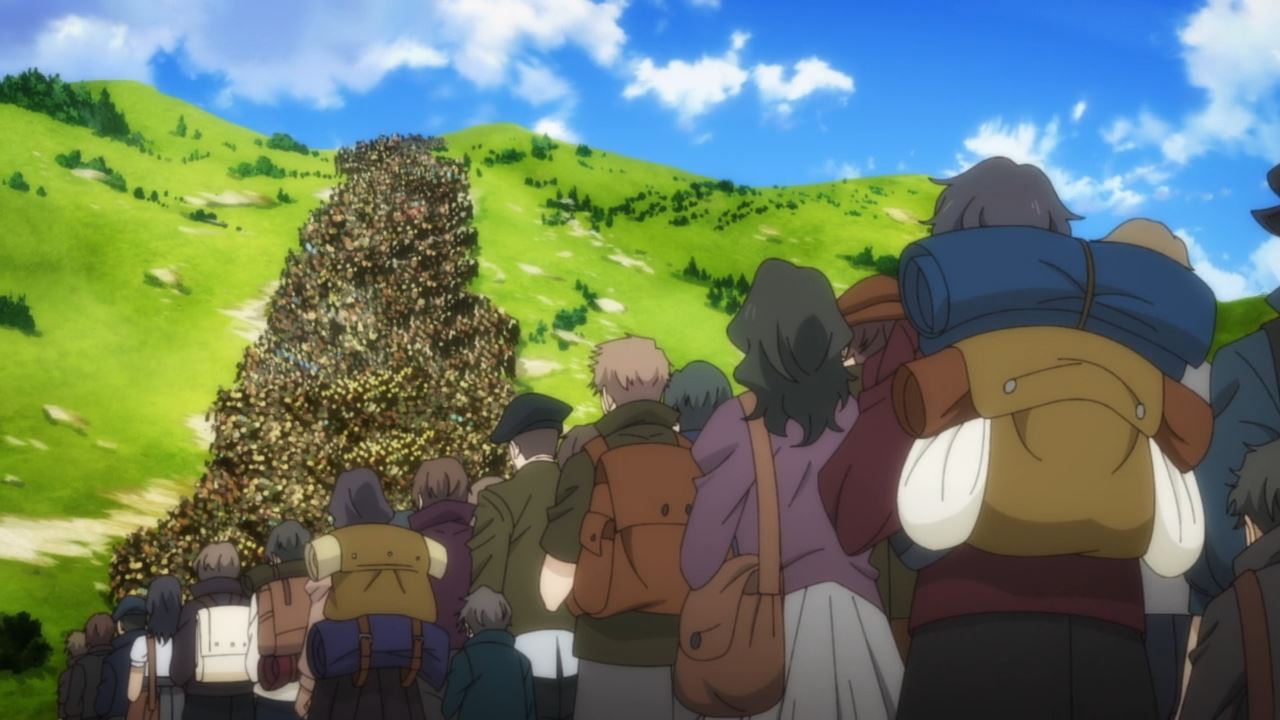 Well everyone, it looks like Falanya Elk Arbalest is leading the exodus of all the Mealtars citizens, although I’m worried that the Kingdom of Soljest might capture them as political hostages. 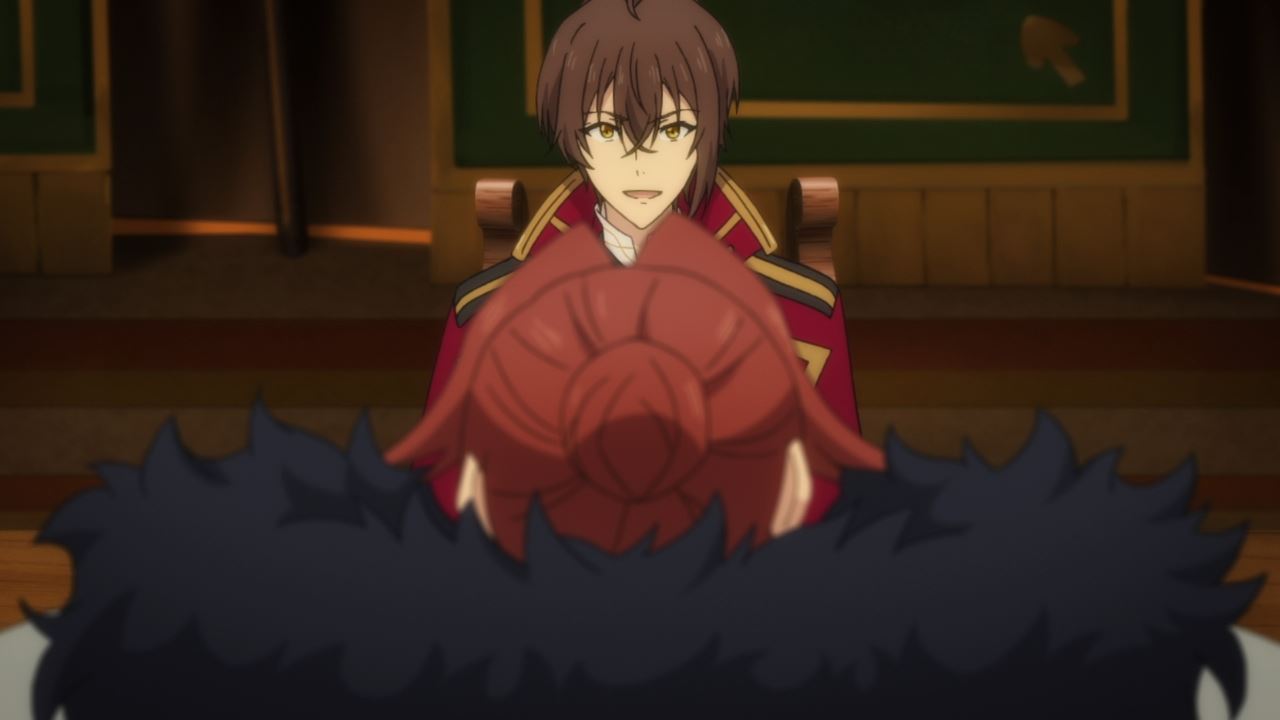 That’s where Prince Wein Salema Arbalest is here to bargain where he wants to buy weapons and equipment for three times the offering price. In exchange, they’ll erect a Levetian temple once Prince Wein and his allies retook the merchant city from the empire’s control.

Okay, why would the prince decides to buy expensive armaments and then offer the Levetian Church the right to erect a temple in Mealtars? And speaking of money, Prince Wein doesn’t have enough cash to buy weapons and armor from King Gruyere. 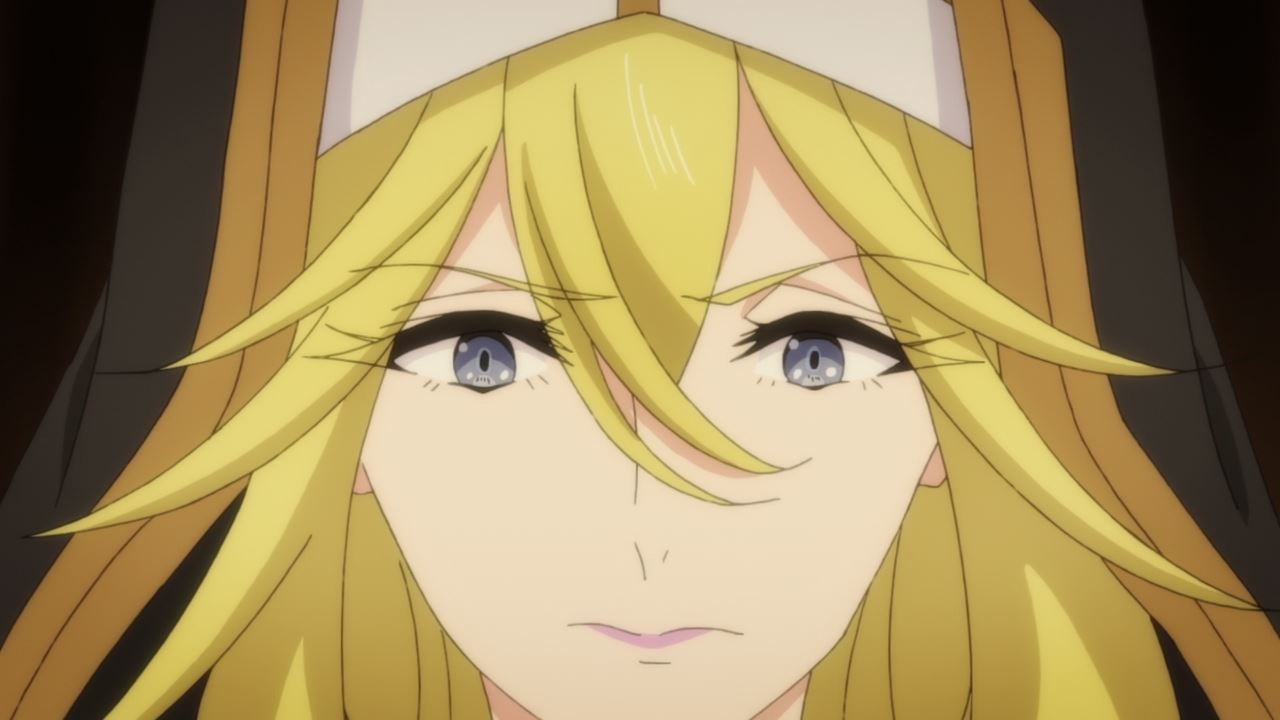 Meanwhile, here’s Director Caldmellia where she’s pretty wary of Wein’s decision as it could bite her and King Gruyere in the future. So, Caldmellia decides to refuse Wein’s request… or so she thought. 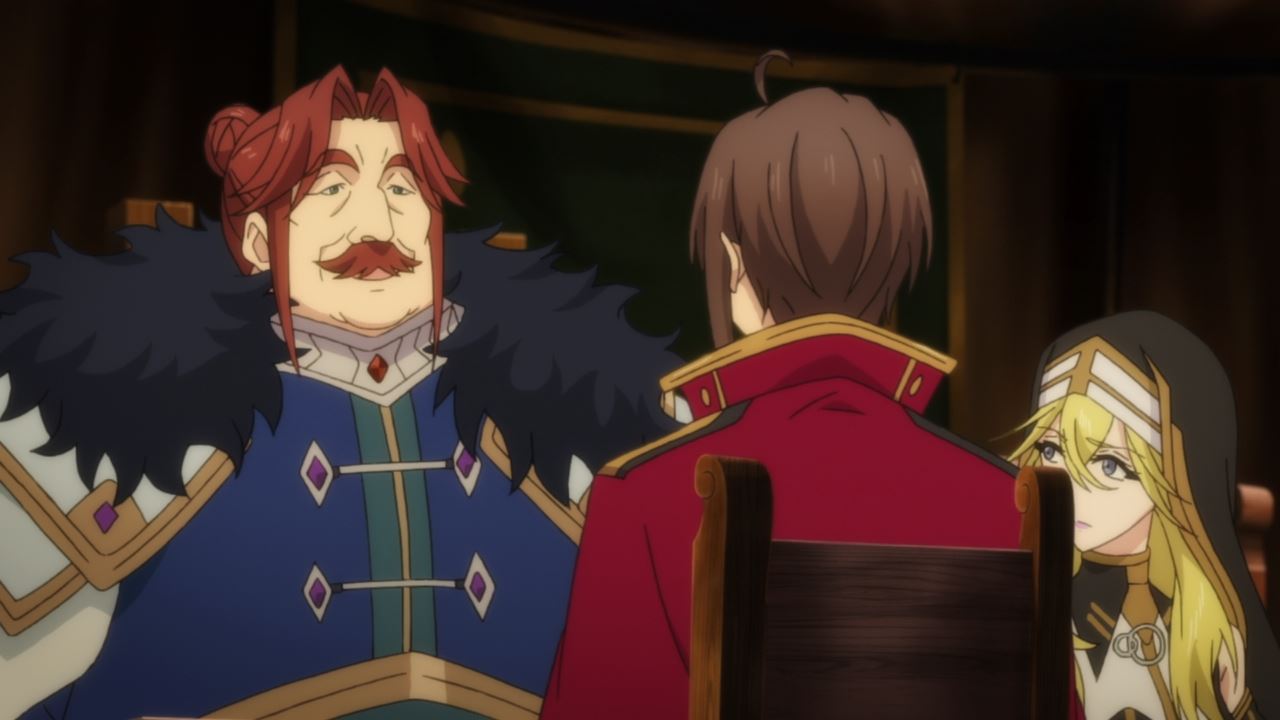 Turns out, King Gruyere accepts the deal and the reason why the king accepts Wein’s offer is that Gruyere Soljest knows that the prince will use the weapons to arm the citizens to retake Mealtars. But hey, at least Mealtars will have a temple in the future which is a win-win situation for Caldmellia.

Anyways, King Gruyere Soljest will negotiate with Prince Wein Salema Arbalest after getting back the merchant city from imperial control. 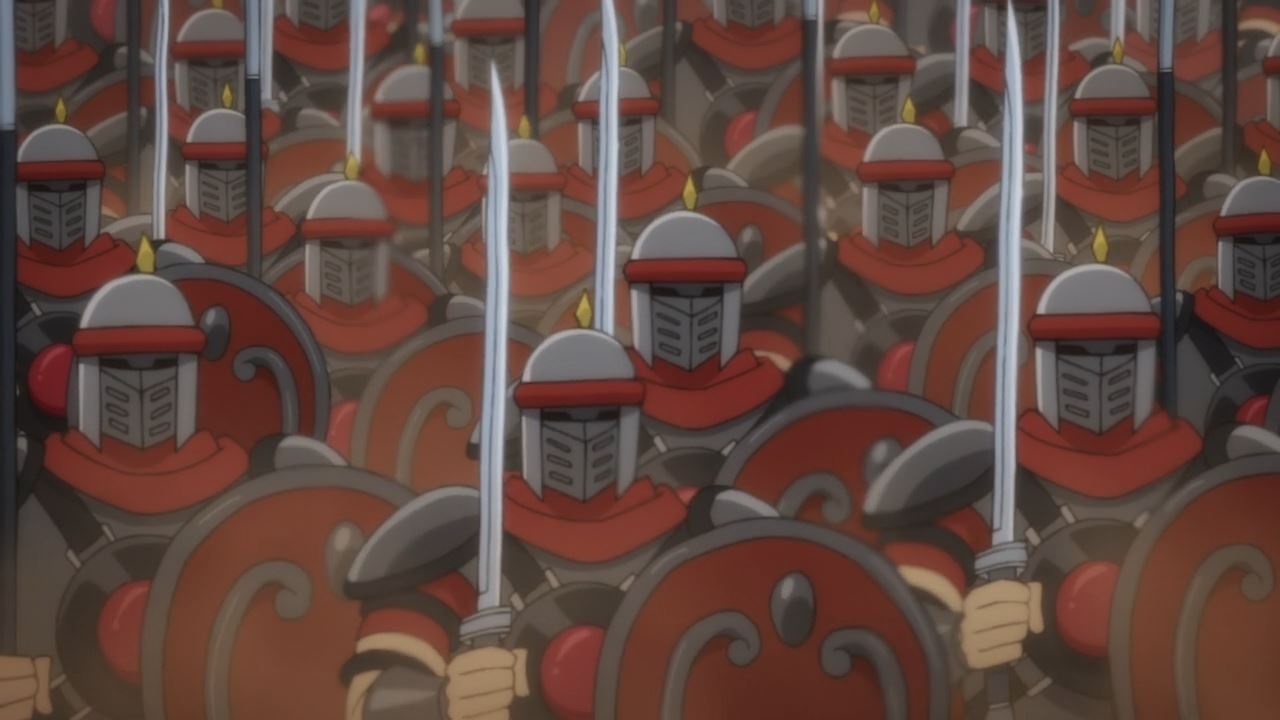 For now, it’s time for the fireworks as the citizens have formed a militia to retake Mealtars from the Earthworld Empire.

Of course, both Manfred and Bardloche Earthworld can’t kill them as it’ll put their chances at the imperial throne at risk, thus they decided to have another meeting with Lowellmina Earthworld rather than engaging with the militia. 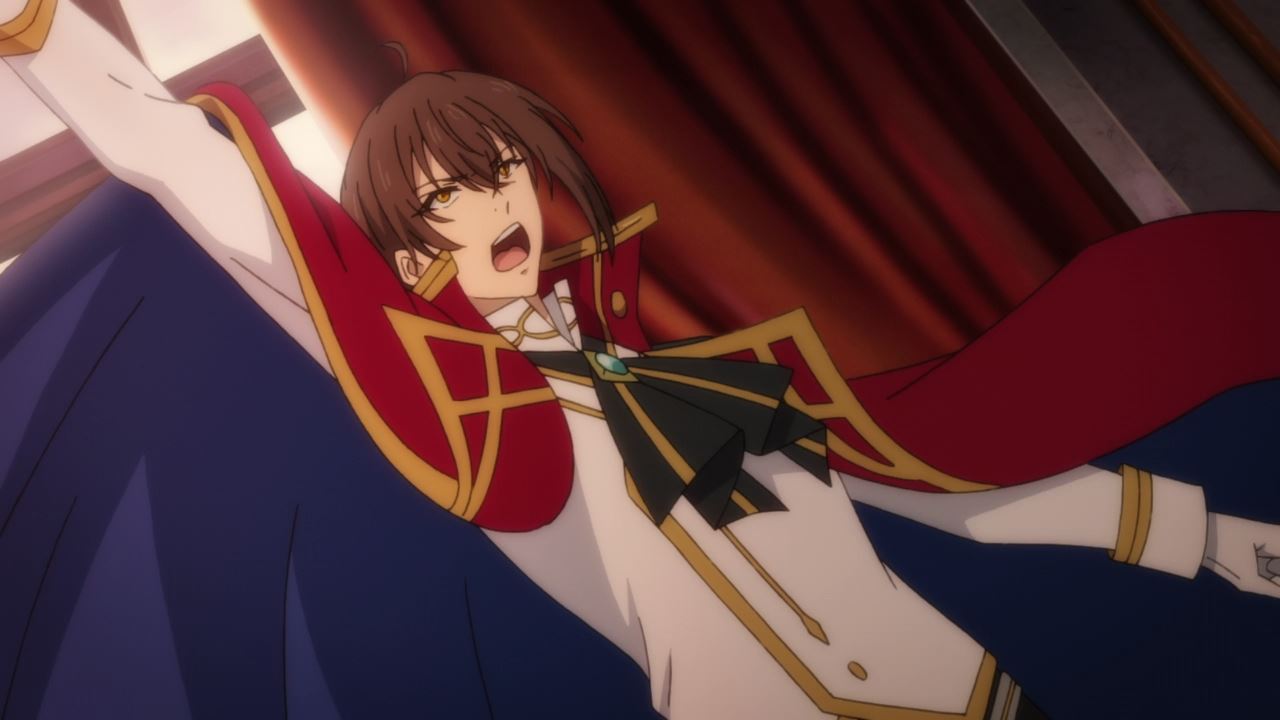 Oh yeah, and Prince Wein Salema Arbalest is invited too as he told everybody that the mastermind behind the assassination… was actually Demetrio Earthworld. Wait, I thought he’ll pin the blame on Manfred since he’s plotting to poison Prince Wein before Demetrio accidentally drink the tainted tea?

Still, Prince Wein decides to put the blame on the eldest brother for putting Mealtars into chaos after a botched attempt to assassinate one of his rivals. Oh and if Demetrio returns, he’ll have the opportunity to claim both Mealtars and the imperial throne in one fell swoop. 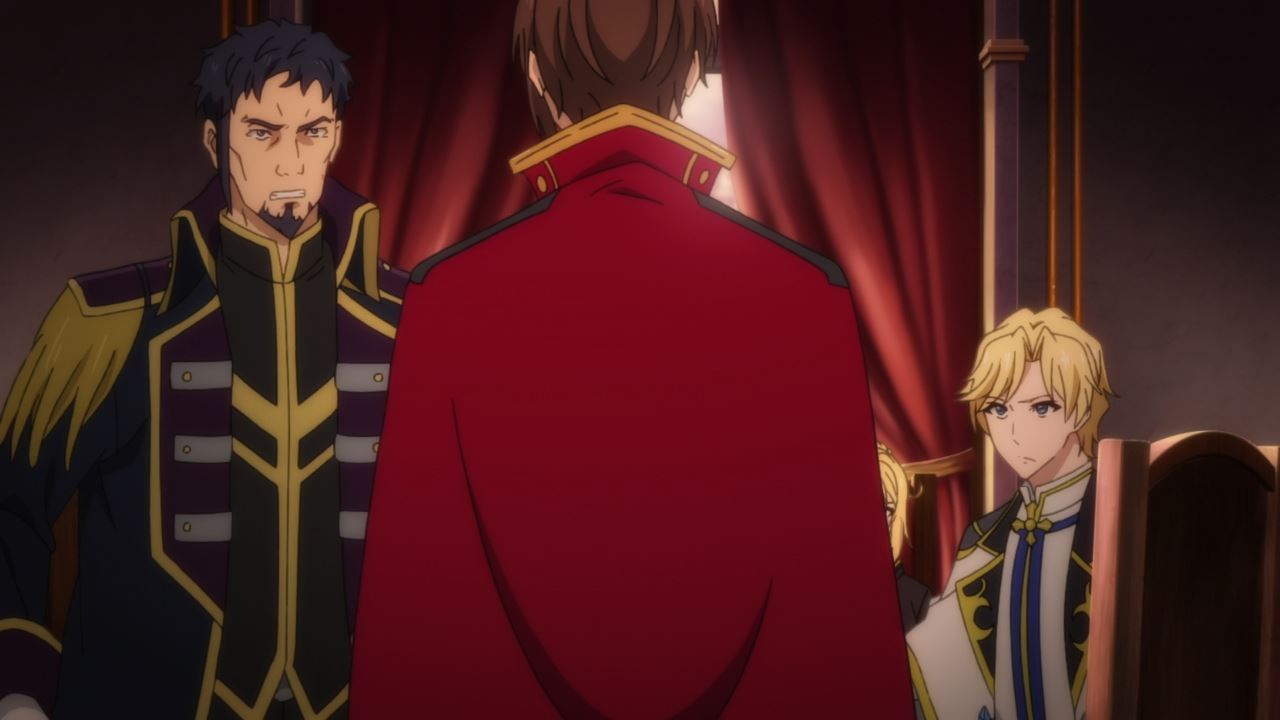 For both Bardloche and Manfred, they couldn’t believe that Demetrio would do such a thing, despite the fact that the latter is the one at fault for screwing up the assassination.

Oh yeah, let’s not forget that they greatly jeopardize their position to the throne as they showed some military might to the militia. Hmm, I wonder if they’re casualties involved?

But anyways, who benefit this kerfuffle of a succession crisis? I mean, Prince Wein blaming Demetrio for accidentally ending his life made it more confusing to be honest. 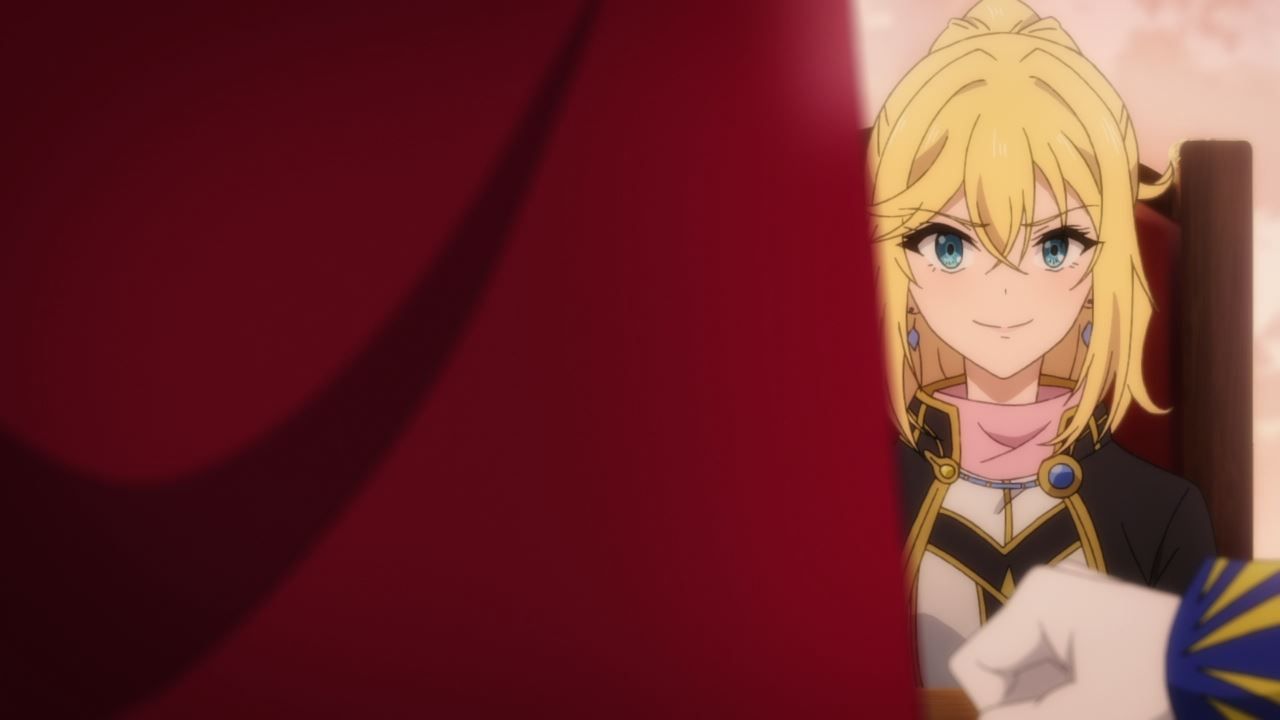 Well, it’s none other than Lowellmina Earthworld where she finally have Mealtars under her wing, thus she has a shot at taking the imperial throne. You may thank Prince Wein for letting her gain the merchant city at the expense of her brothers’ idiocy and misery. 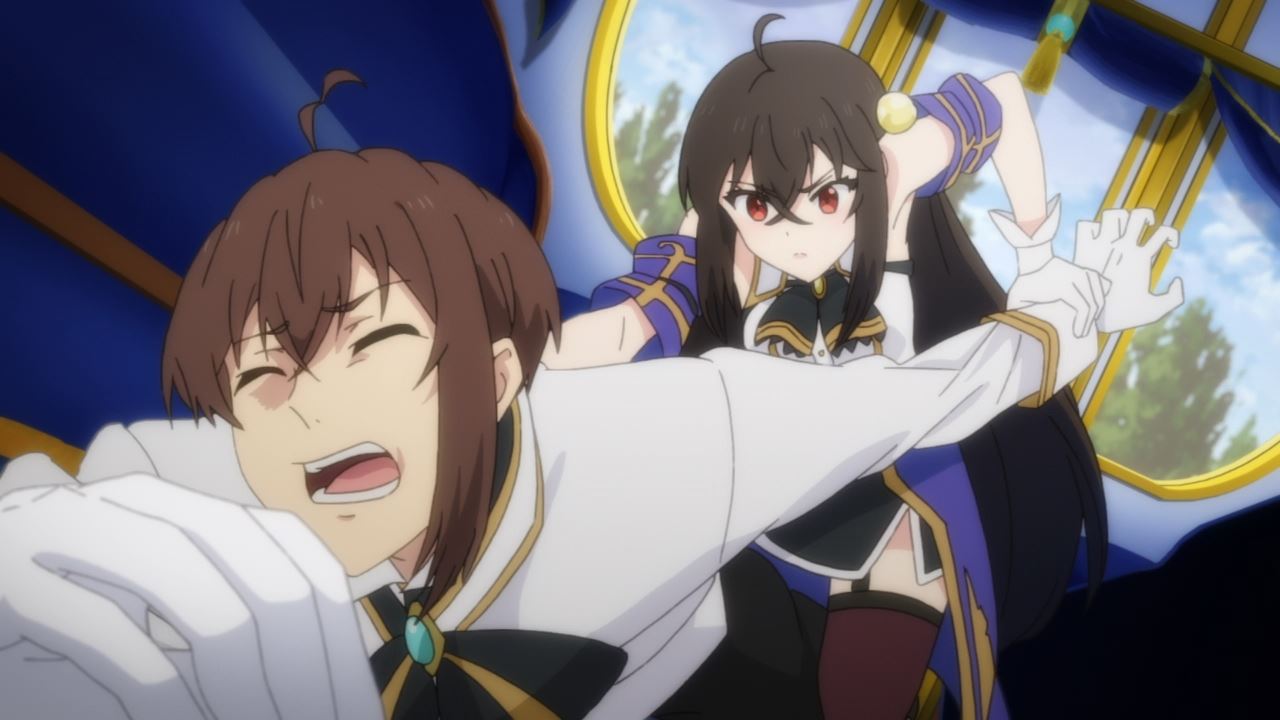 And speaking of Prince Wein, he has a date or should I say a diplomatic meeting with Zenovia who has become a Marchioness of Marden. But when it comes to internal affairs, her trusted allies such as Jiva are taking care of it.

Oh yeah, after a meeting with Marchioness Zenovia in Marden, Prince Wein will have another meeting with King Gruyere Soljest. Anyways, let’s hope that Prince Wein won’t lose his arm as he made Ninym Ralei angry again. 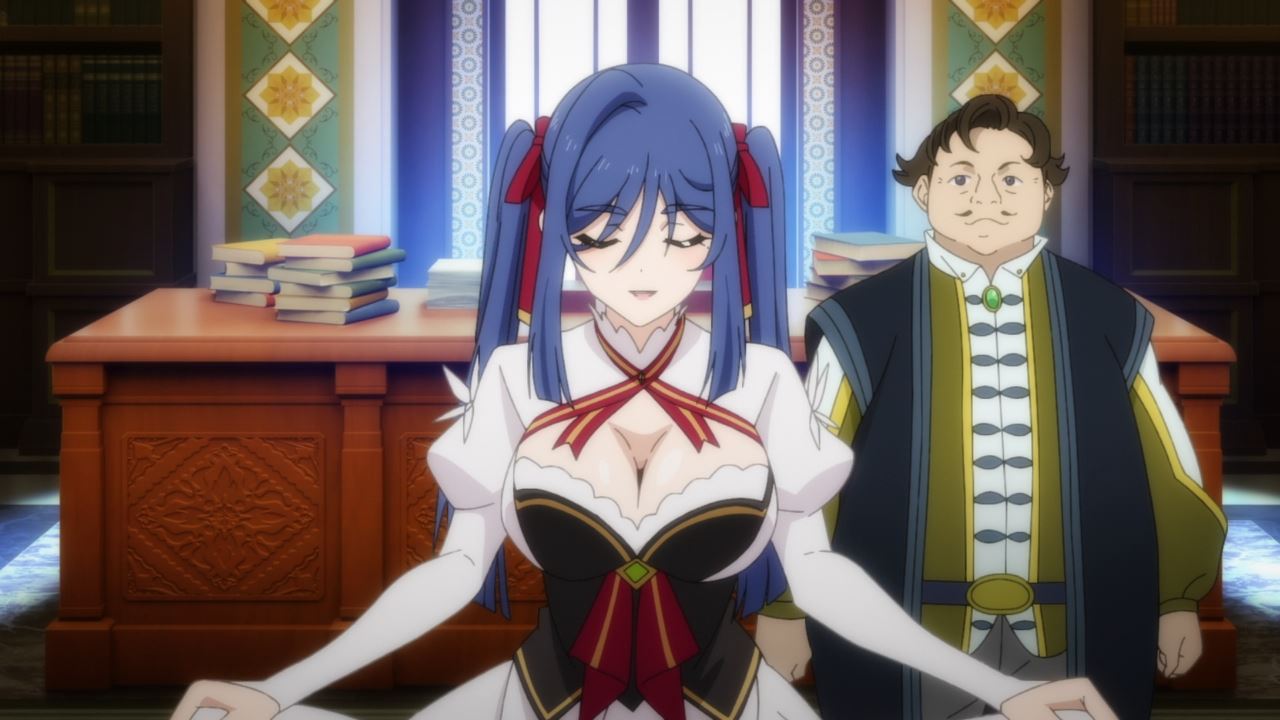 Now then, they finally arrived at Marden where Marchioness Zenovia personally greeted them. By the way, how did she manage to hold her busom when dressing up as Prince Helmut or Commander Zeno?

With that said, Marchioness Zenovia told Prince Wein that the Kingdom of Delunio, especially Prime Minister Sirgis, are complaining about the goods being brought from the Earthworld Empire despite the fact that Natra rebranded them as their own. Hmm, I thought that she wants to discuss about her marriage with the prince?

Speaking of marriage, Prince Wein wants to remain single until he decides to make Ninym as his wife. Yeah, I can see where his personal life would go in the future. 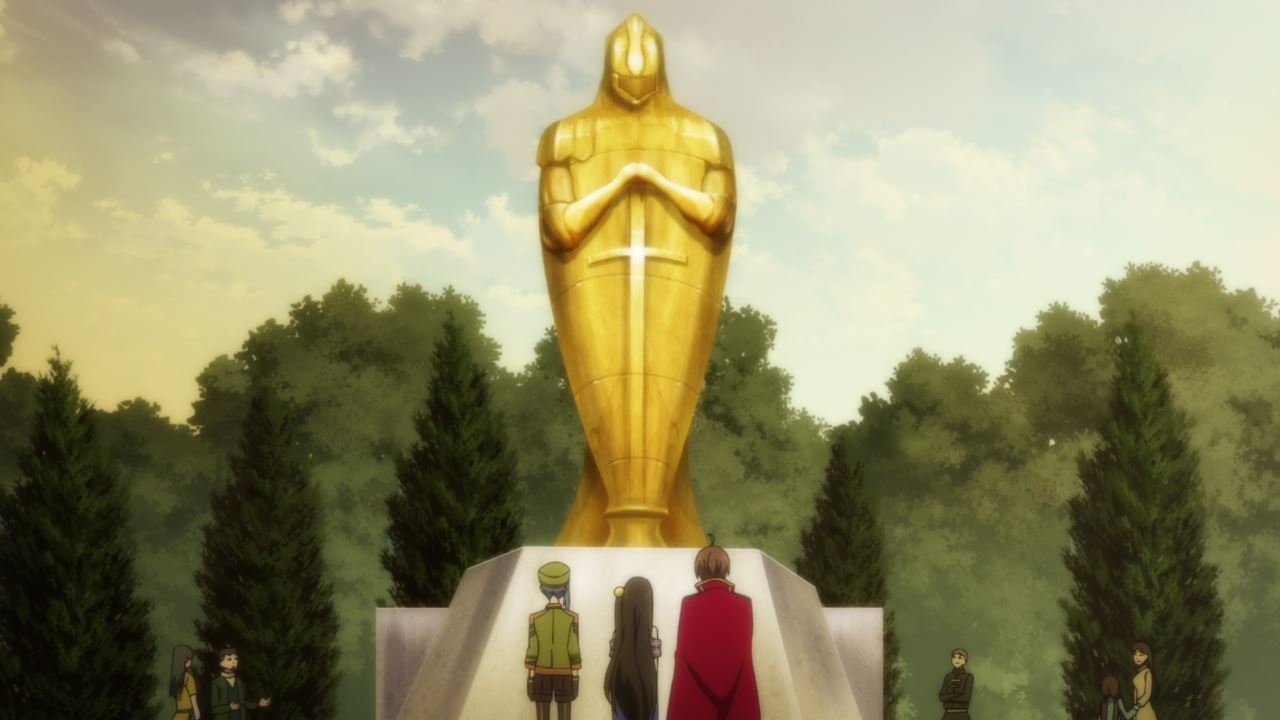 Now then, it’s time to explore Marden where Commander Zeno guides both Prince Wein and Ninym. Um Zeno, I think you should drop the commander disguise and dress up as a royal instead. 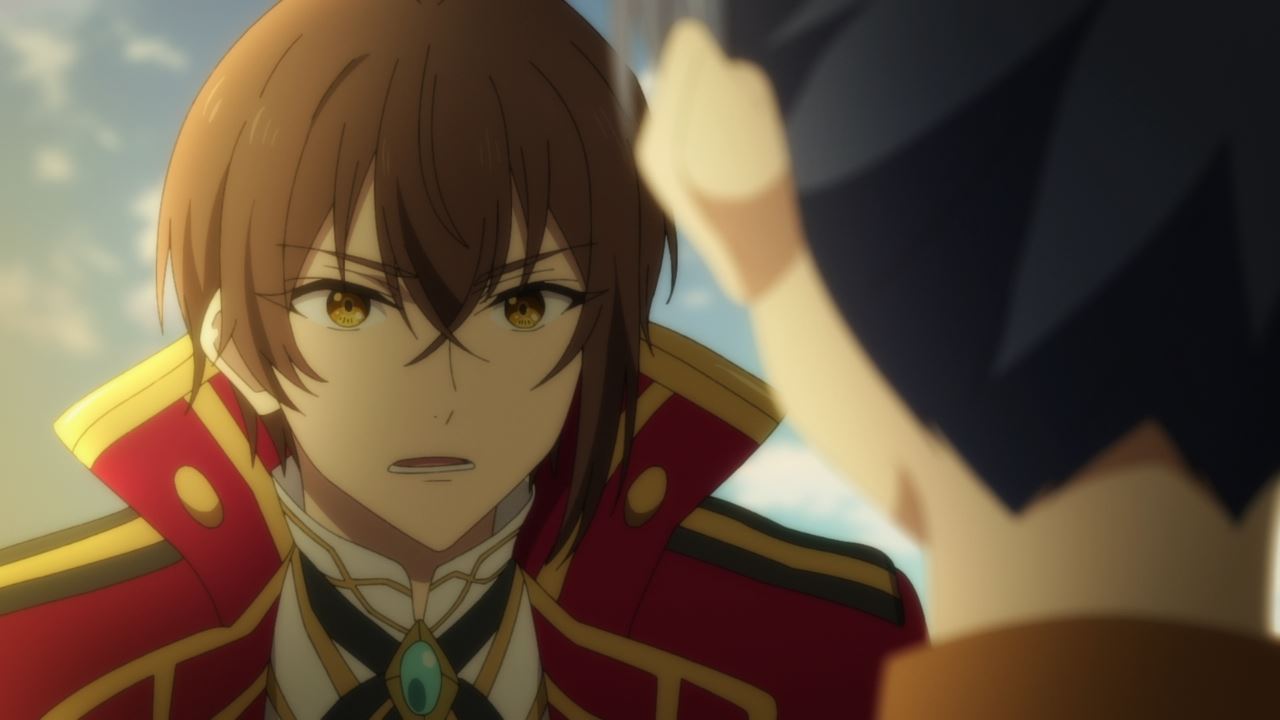 Anyways, here’s Prince Wein Salema Arbalest where he has one piece of trivia to Commander Zeno. You see, there was once a humble commoner named Caleus where the god Levetia chose him as his chief disciple and accomplished many great deeds.

Basically, what the prince is saying is that the commoners can become nobles one day, if given a chance of course like creating a successful business or plotting a revolution. 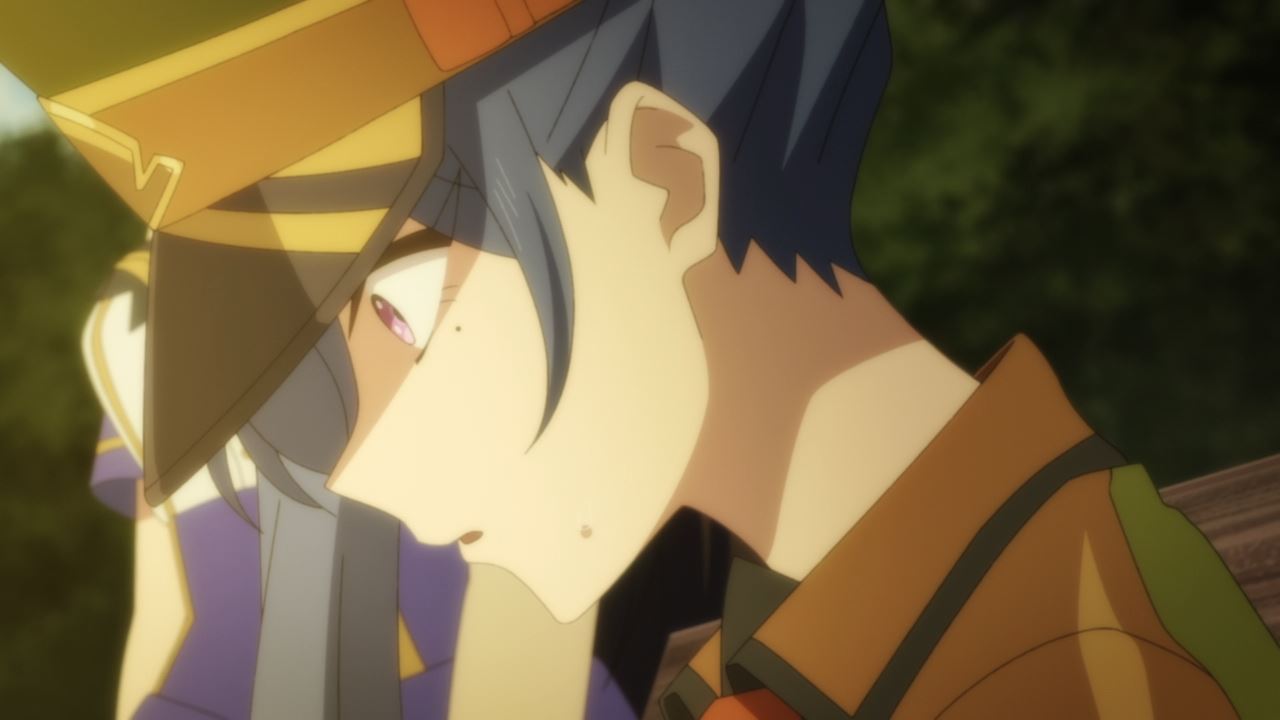 So when Zeno heard Wein’s words, she’s very shocked that anyone can become great leaders through hard work and a little bit of luck.

Anyways, I’ll see you next time where the marchioness will have to deal with a noisy prime minister from Delunio. As for Prince Wein’s meeting with King Gruyere? He’ll deal with the king in a future.