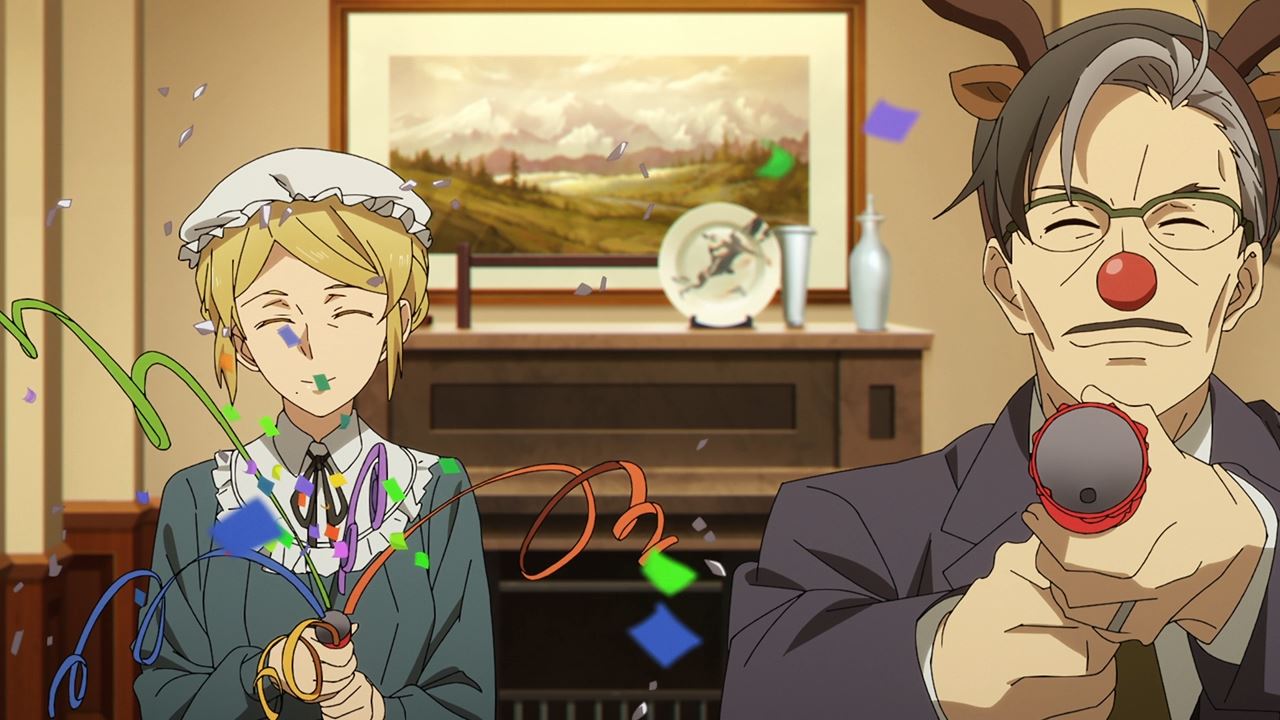 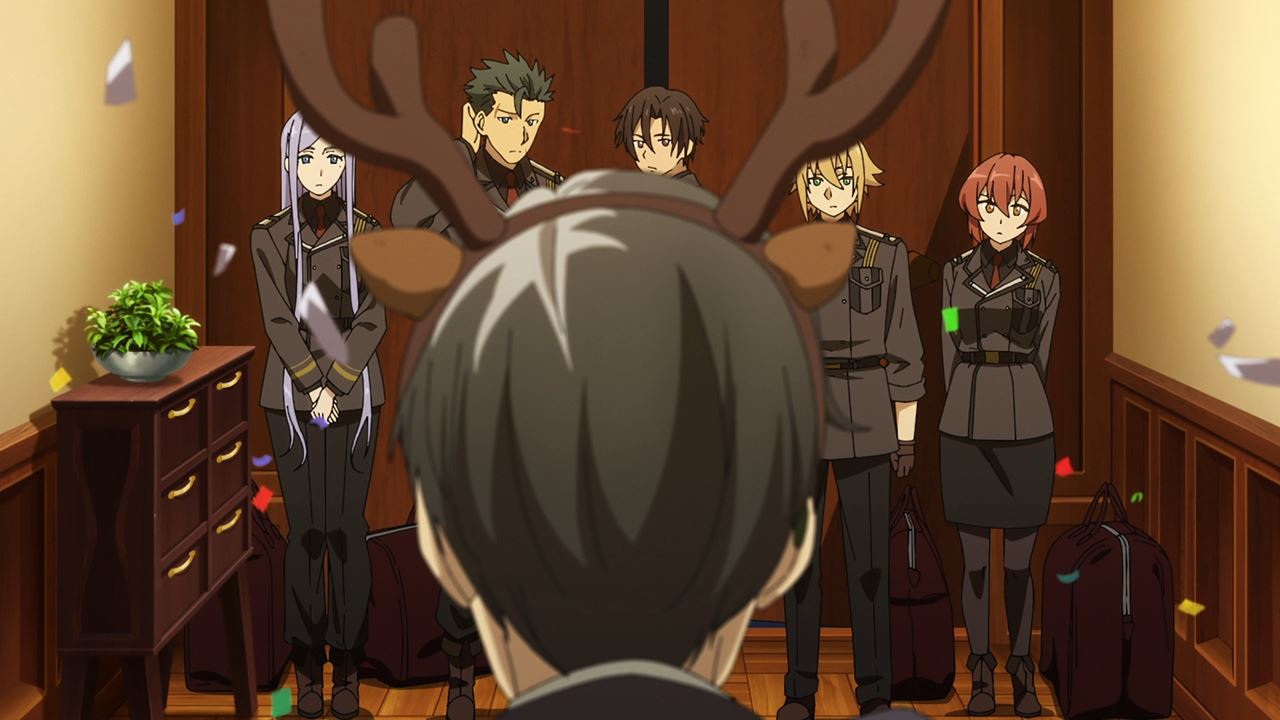 Well everyone, it’s Christmas Eve in the Federal Republic of Giad as Ernst Zimmermann and Teresa welcomed the heroes with party poppers. C’mon, the president wants to see them alive, especially Shinei Nouzen who destroyed the Morpho on his own. 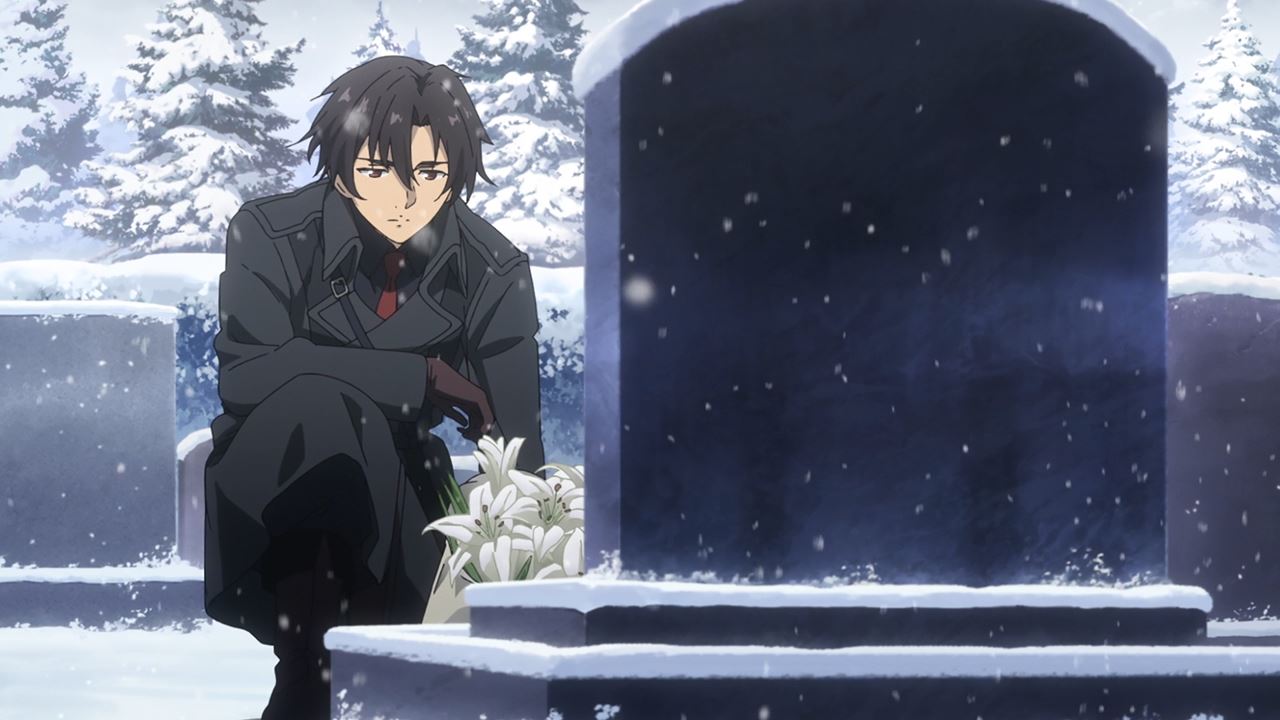 Speaking of Shin, he went to the cemetery to pay his respects to Eugene Rantz. Of course, Shinei performed a mercy kill towards Eugene to prevent his brain from being captured by the Legion. 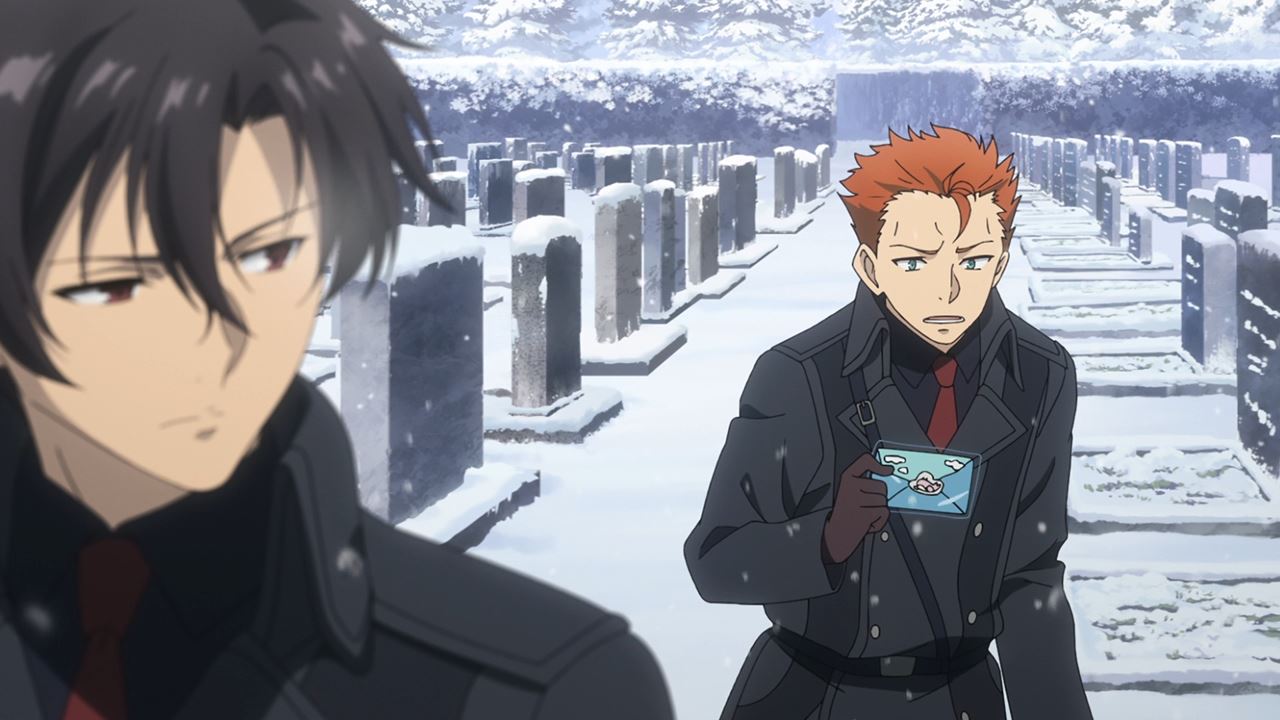 Oh yeah, let’s talk about Erwin Marcel where he apologized for being angry towards Shinei Nouzen, especially when he wrote those hateful letters towards him on behalf of Nina.

Of course, he accepted his apology but man, there’s no need for Erwin to vent his frustration towards Shin. In fact, he should be scared when Erwin’s soul is trapped inside a Legion’s body. 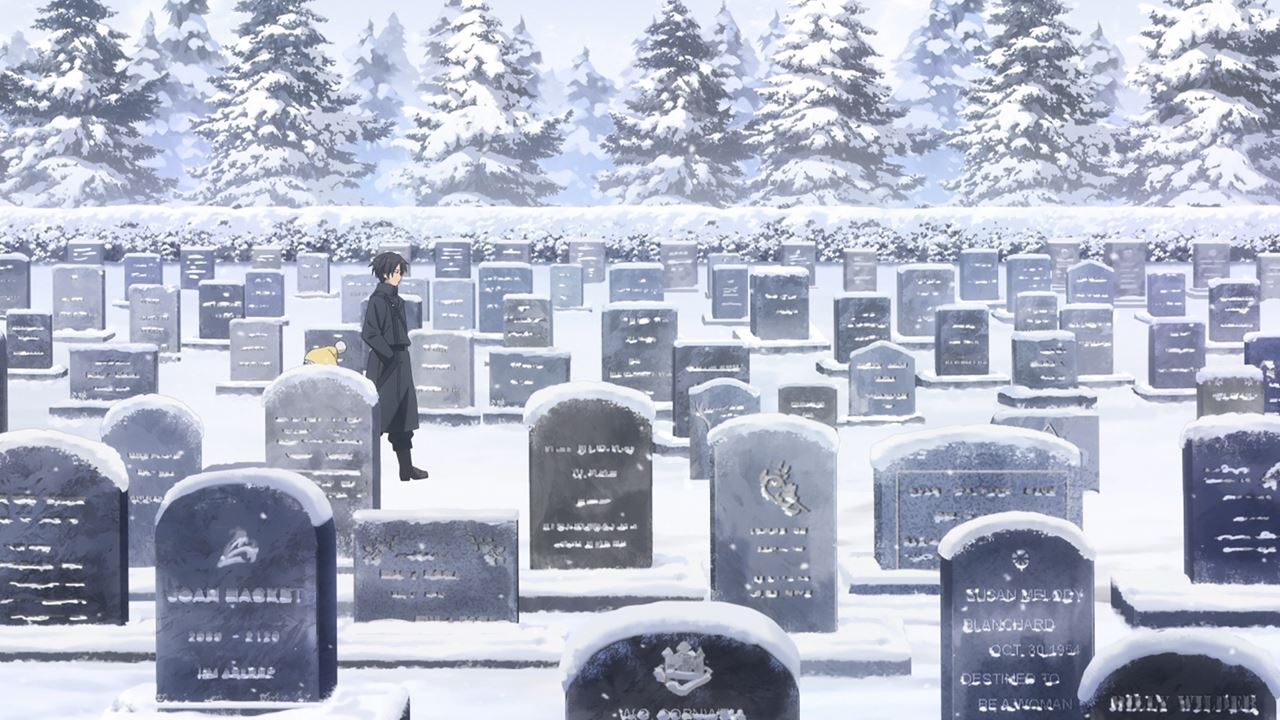 Well then, it’s time for Shin to leave the cemetery, but it appears that he bumped into Nina where she’s gonna pay her respects to her brother. It’s unfortunate that Shin didn’t personally apologize to Nina. 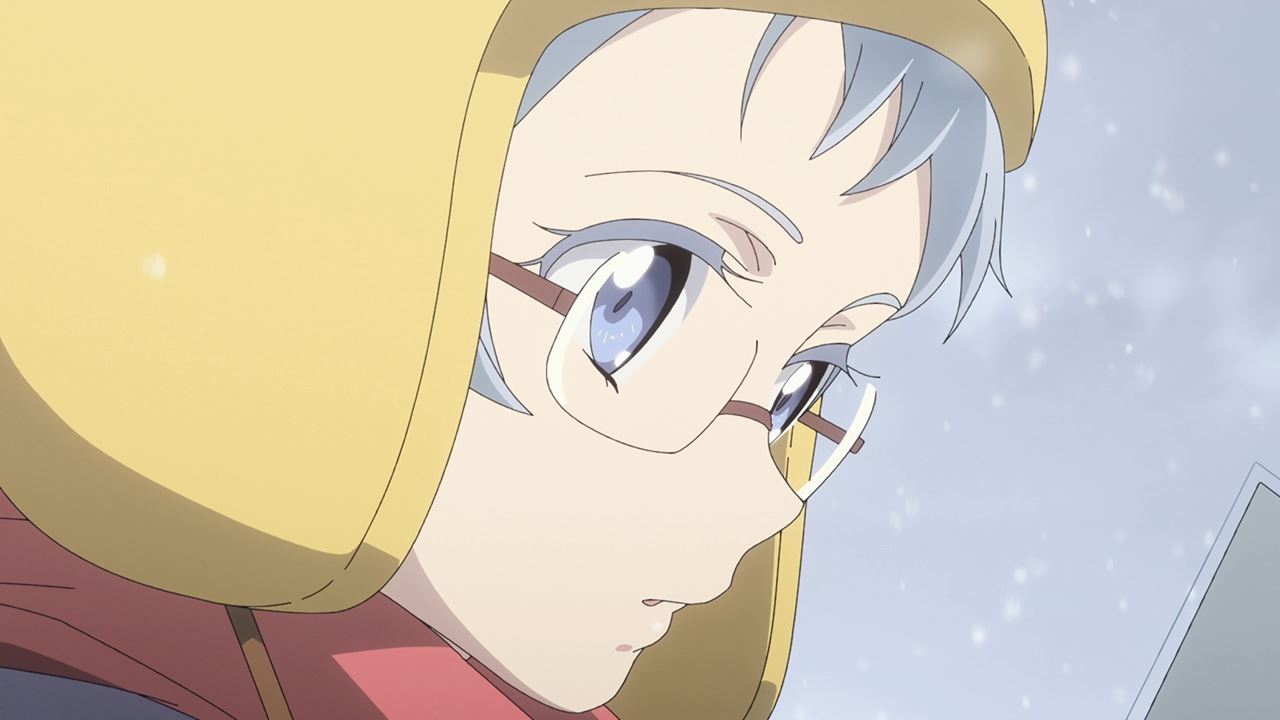 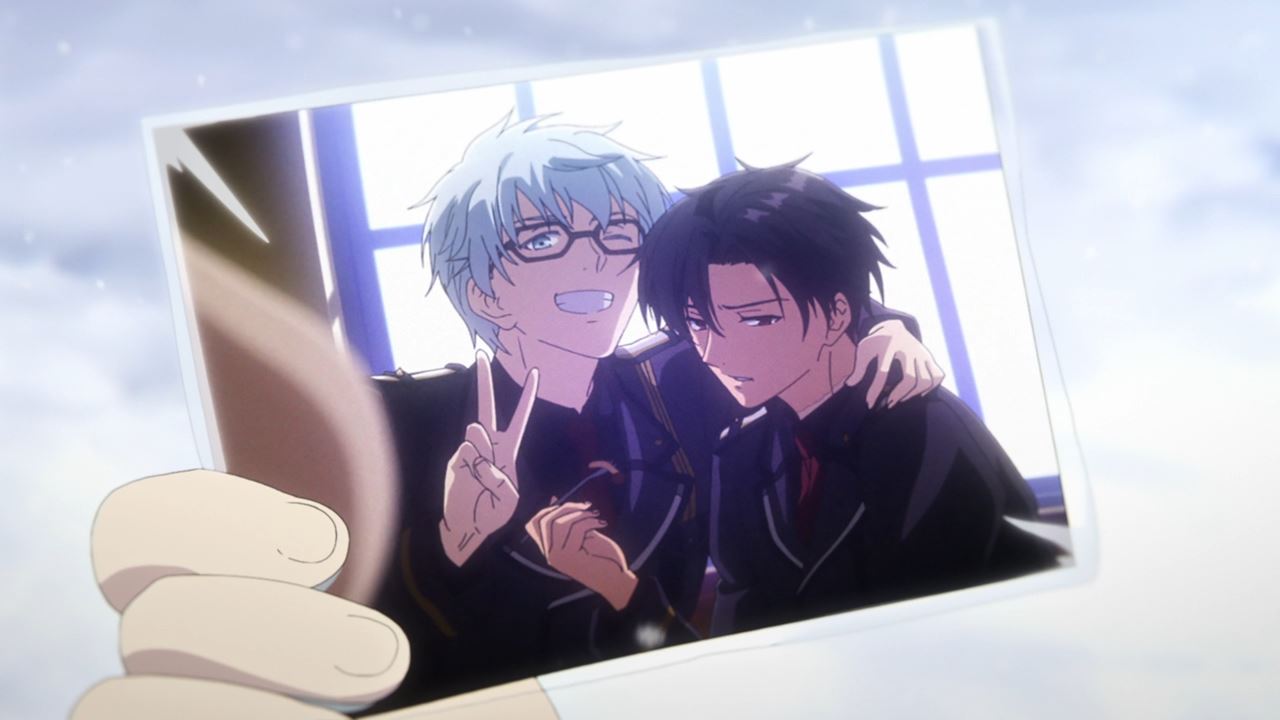 But, it appears that Shin left a photo of him and Eugune as Nina pick it up from her brother’s gravestone. I guess it’s his way on making amends with Nina, huh? With that said, looks like Shinei made peace with Nina in his own way. 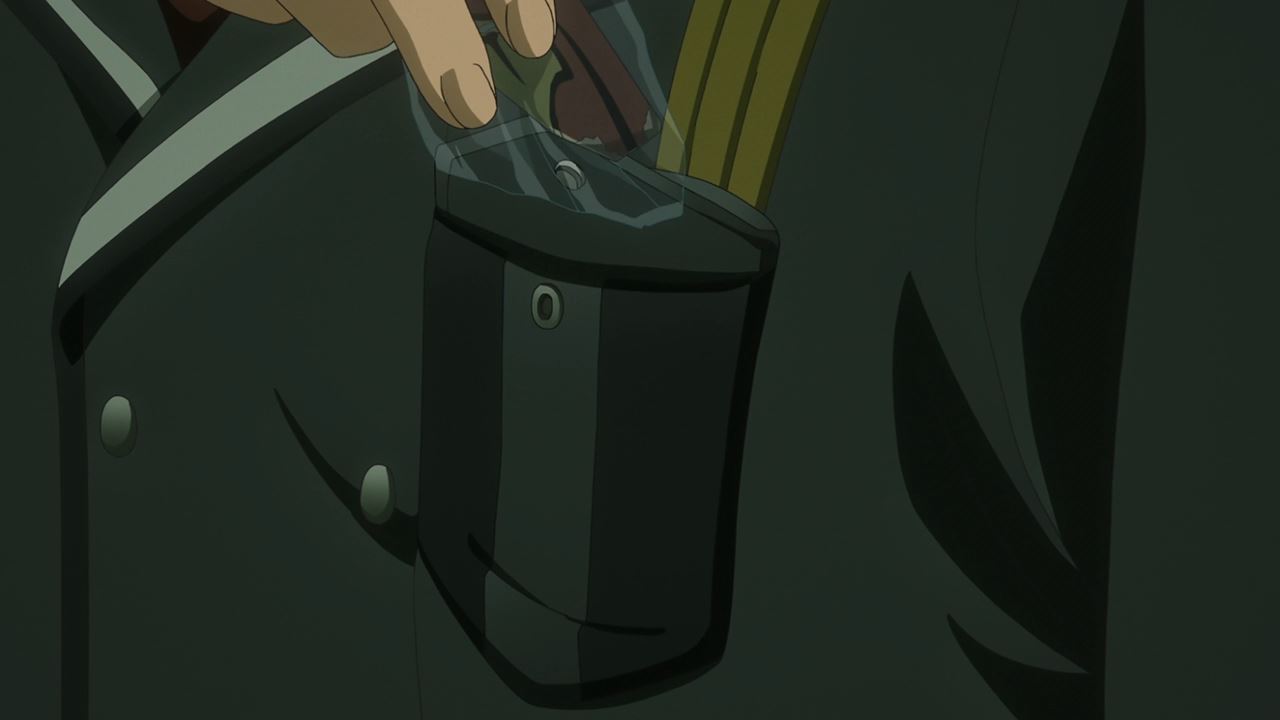 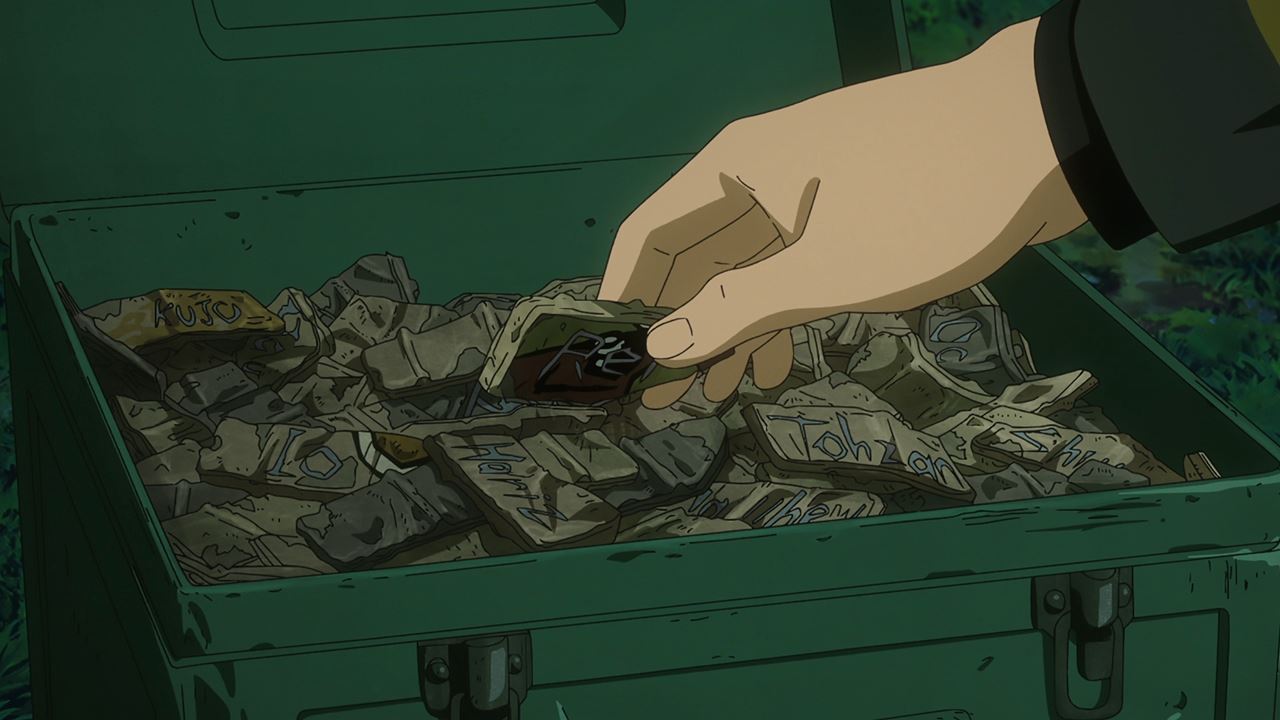 One last thing, it appears that Shinei put Shourei’s nametag onto the box that contains all of his fallen comrades. It’s really poetic that Shin wants to move forward now that he put his relatives’ souls to rest. 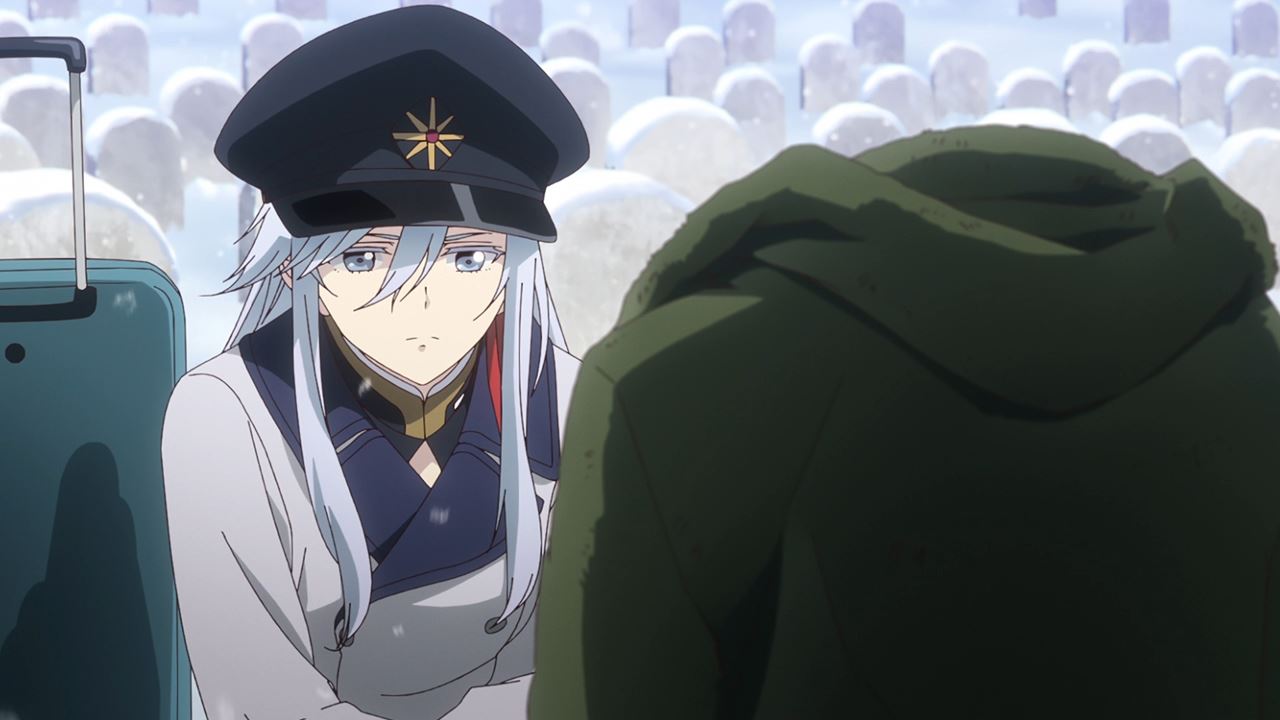 But let’s return to the Republic of San Magnolia or should I say what’s remain of it as we have Vladilena “Lena” Milizé, who pays her respects to her father Vaclav.

Oh yes, about San Magnolia as the Federal Republic of Giad took control of the country in 2149 after the Legion decimated the entire republic. While Giad managed to rescue the remaining Eighty-Six soldiers who fought tooth and nail against the enemy. the federal republic rescued some Alban survivors. 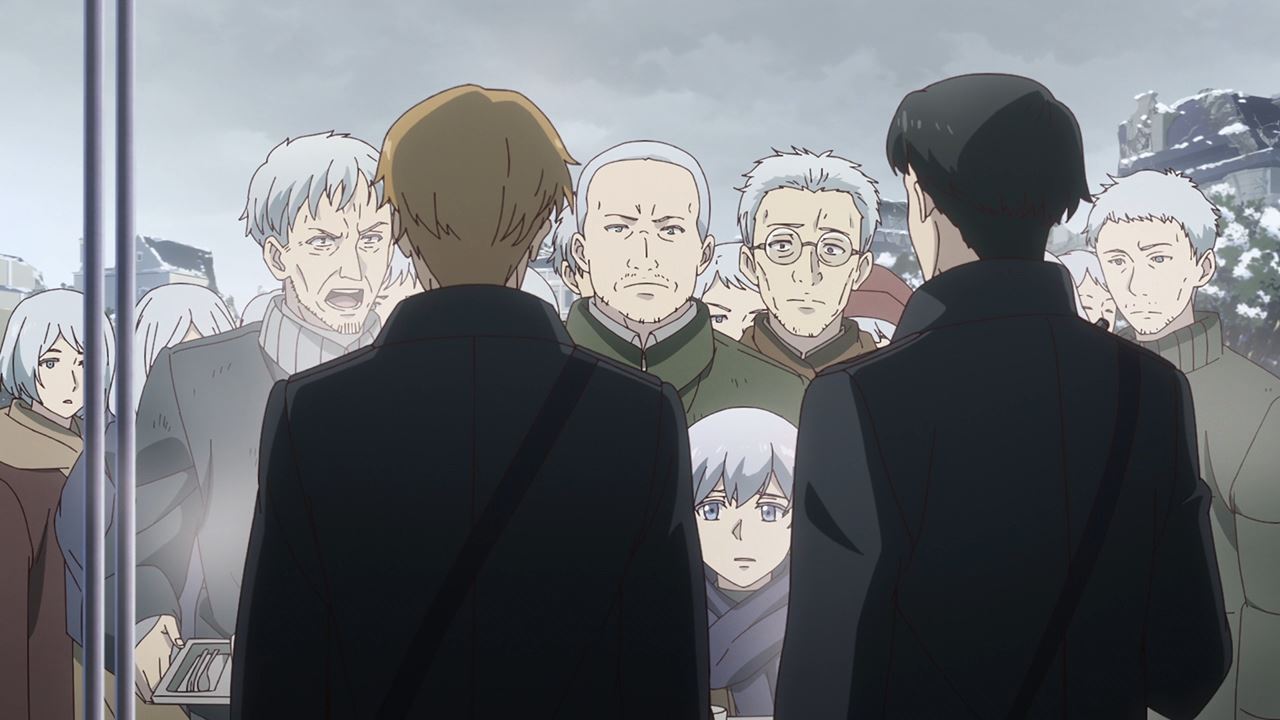 However, they’re not so pleased when the Giad personnel, especially the colored races, are doing security or even serving rations. C’mon, beggars can’t be choosers when their glorious republic has fallen. 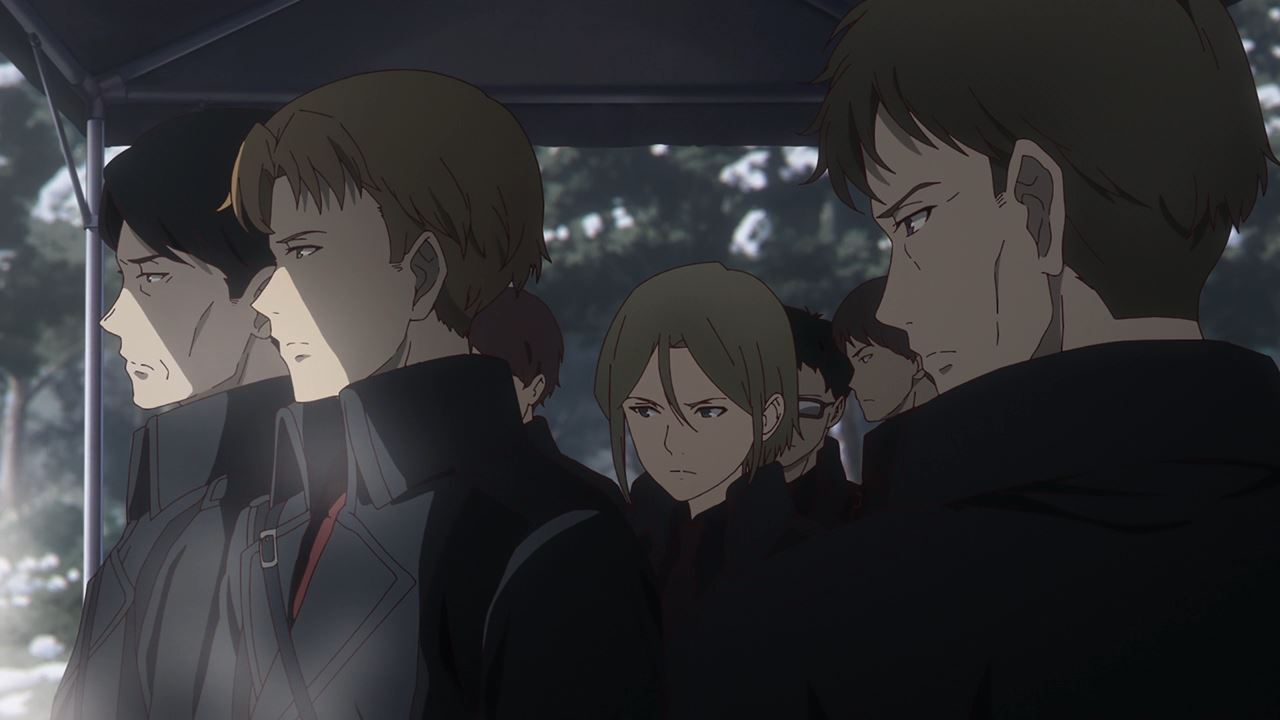 As for the non-Alban personnel or should I say the Colorata? They don’t give a shit to what the Alban survivors say as they’re just doing their job.

Now, I wish that the entire Alban population would be turned into Legion drones, but the Federal Republic of Giad doesn’t want some ethnic cleansing as retaliation for letting the Eighty-Six soldiers fight to the death. 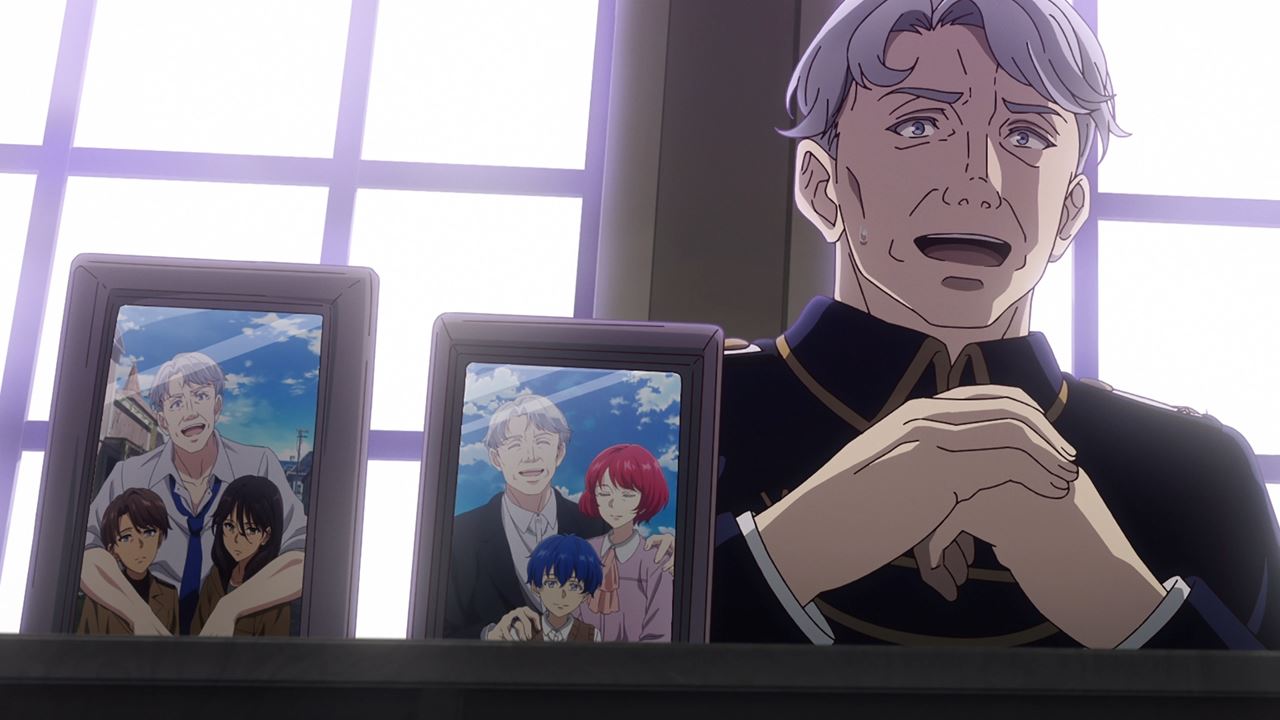 By the way, this officer here has photos of him mingling with non-Albans, although he’s looking a bit nervous as it turns out that this officer might get executed if he spouts racist remarks towards the Eighty-Six. 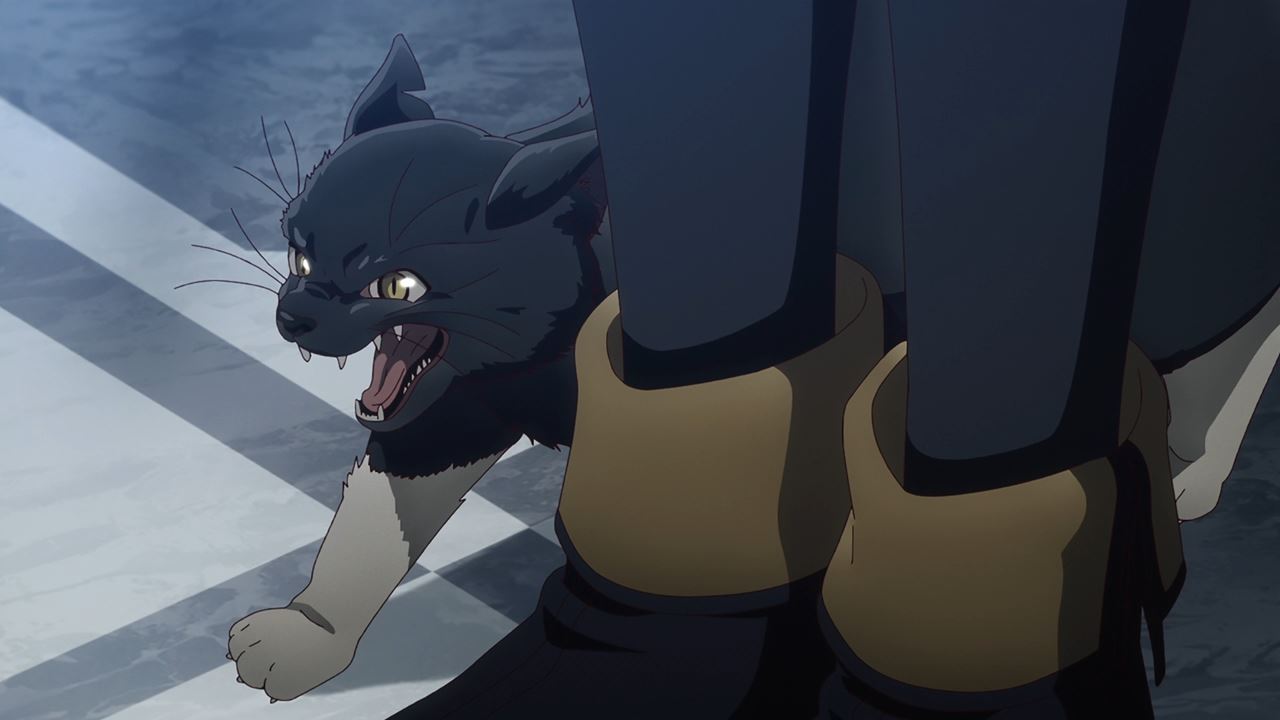 Heck, even Lena’s cat Whitey got really angry on his bullshit as the officer is just pretending to have sympathy with the Eighty-Sixes.

With that said, looks like Vladilena Milizé will leave San Magnolia to join the Giad army. But, Lena isn’t the only one who’s jumping ship. 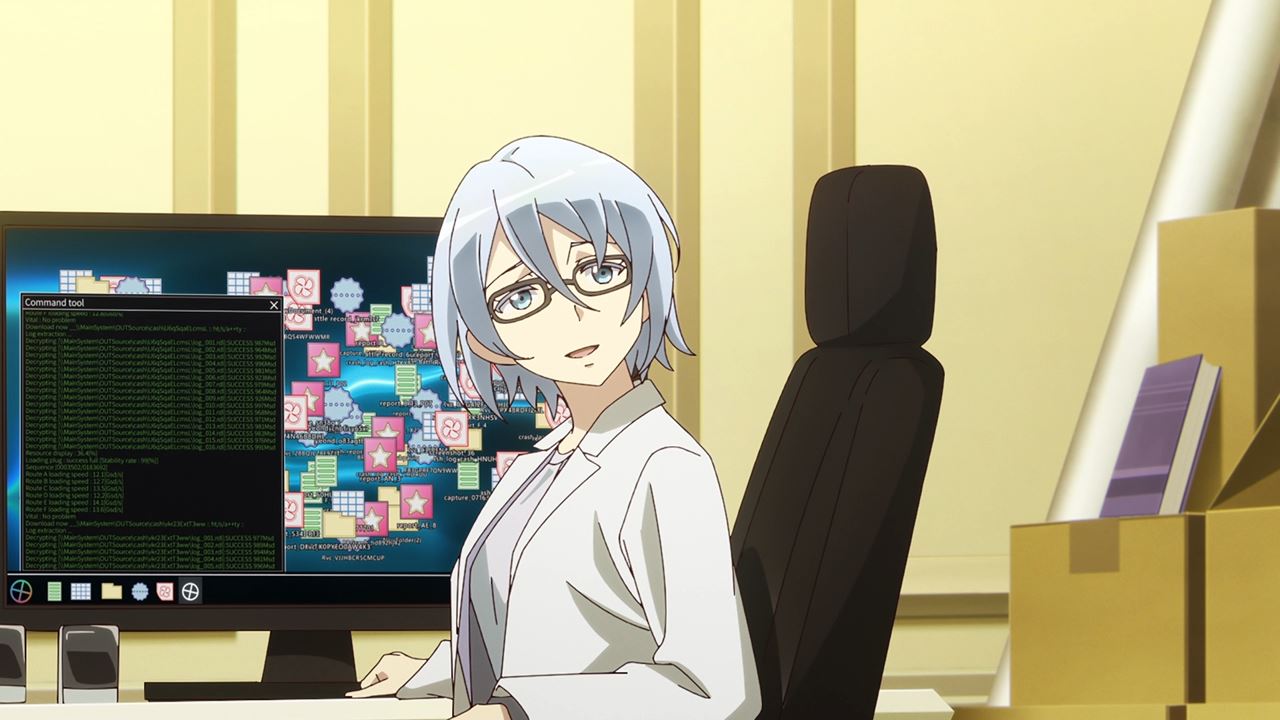 There’s Henrietta “Annette” Penrose where she’s planning to leave San Magnolia to serve as a military officer in Giad.

Of course, it would be a shocker for Annette when she met her long-lost childhood friend. Then again, that would be saved for another time. 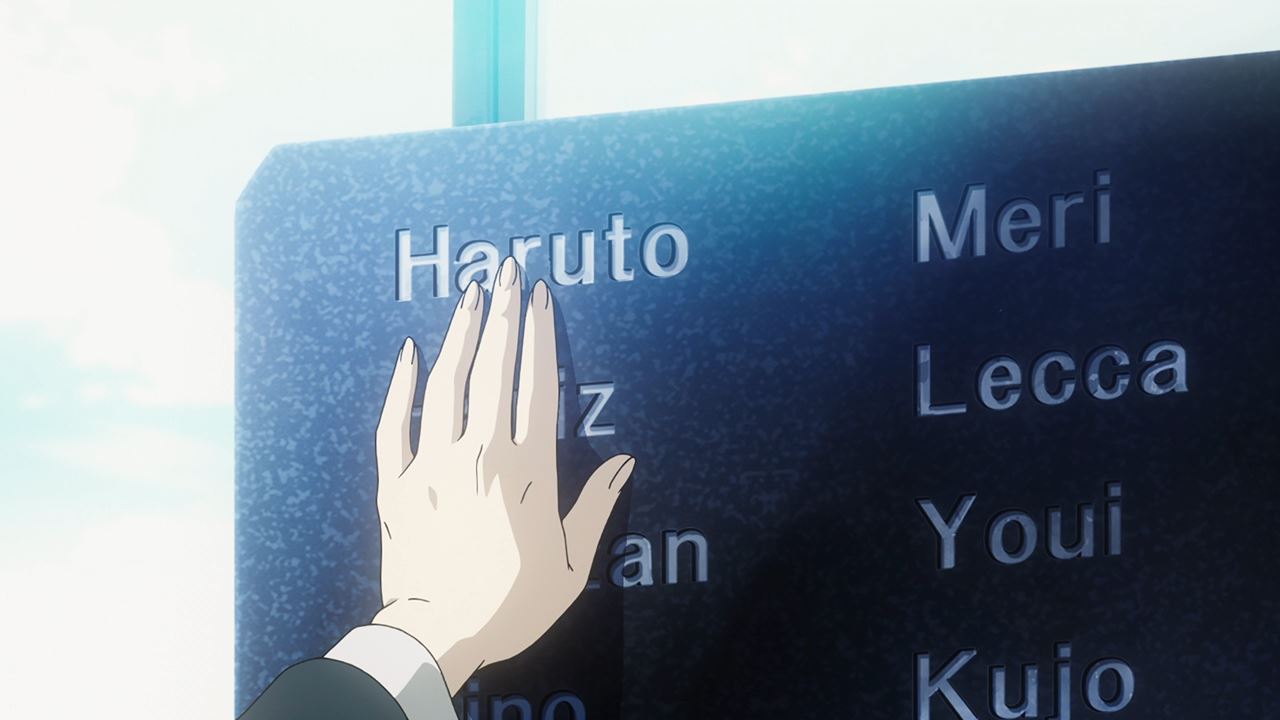 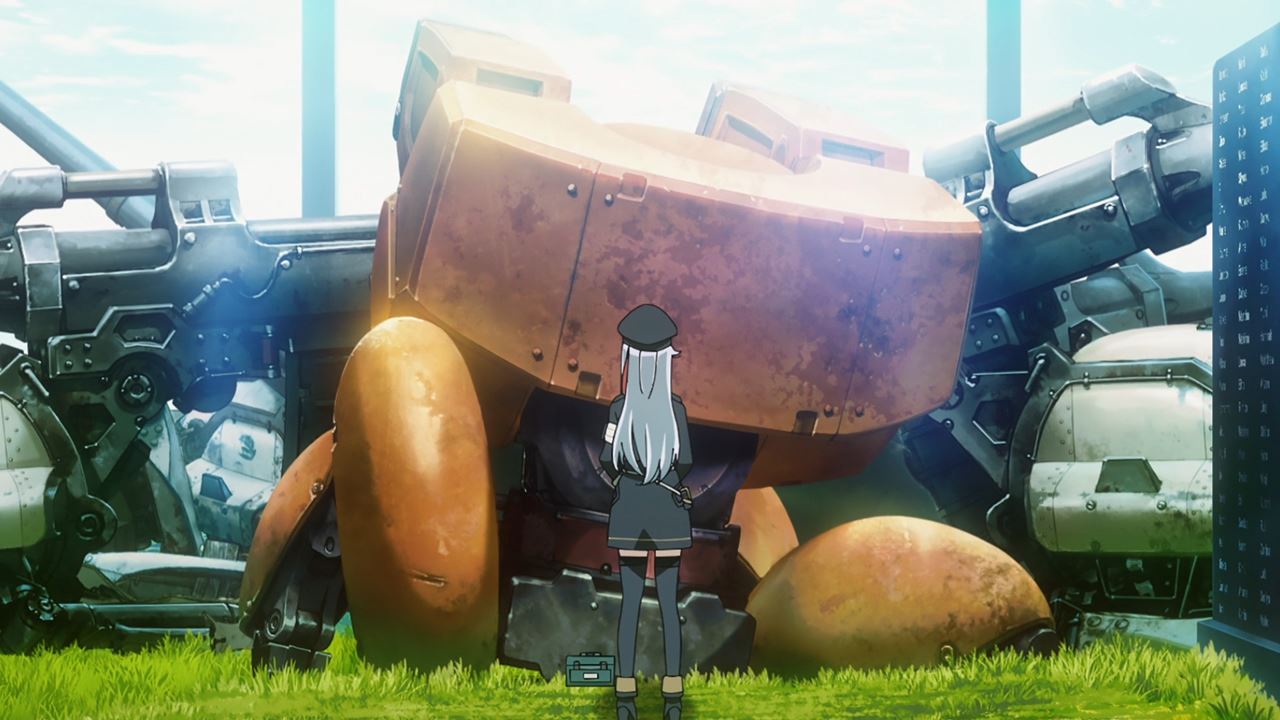 On March 20, 2150, Vladilena “Lena” Milizé went to the Federal Republic of Giad. But first, she pays respects to the Eighty-Six soldiers who died in battle.

Oh yeah, as for Lena’s role? She’ll become the handler of the newly-established Eighty-Sixth Strike Package where it’ll be comprised of Eighty-Six soldiers who survived the brutality from San Magnolia. 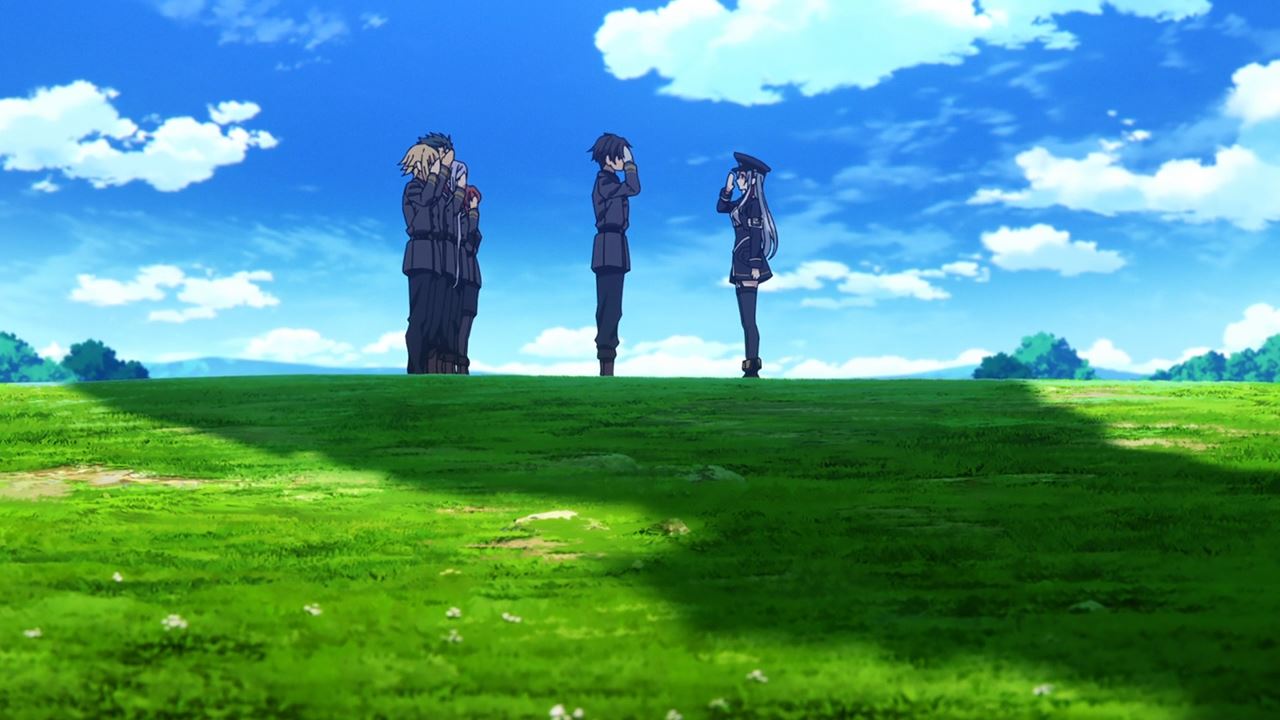 Speaking of the Eighty-Sixth Strike Package, looks like Shinei Nouzen and the rest have finally met their long-lost handler after escaping San Magnolia. It’s been a long time coming! 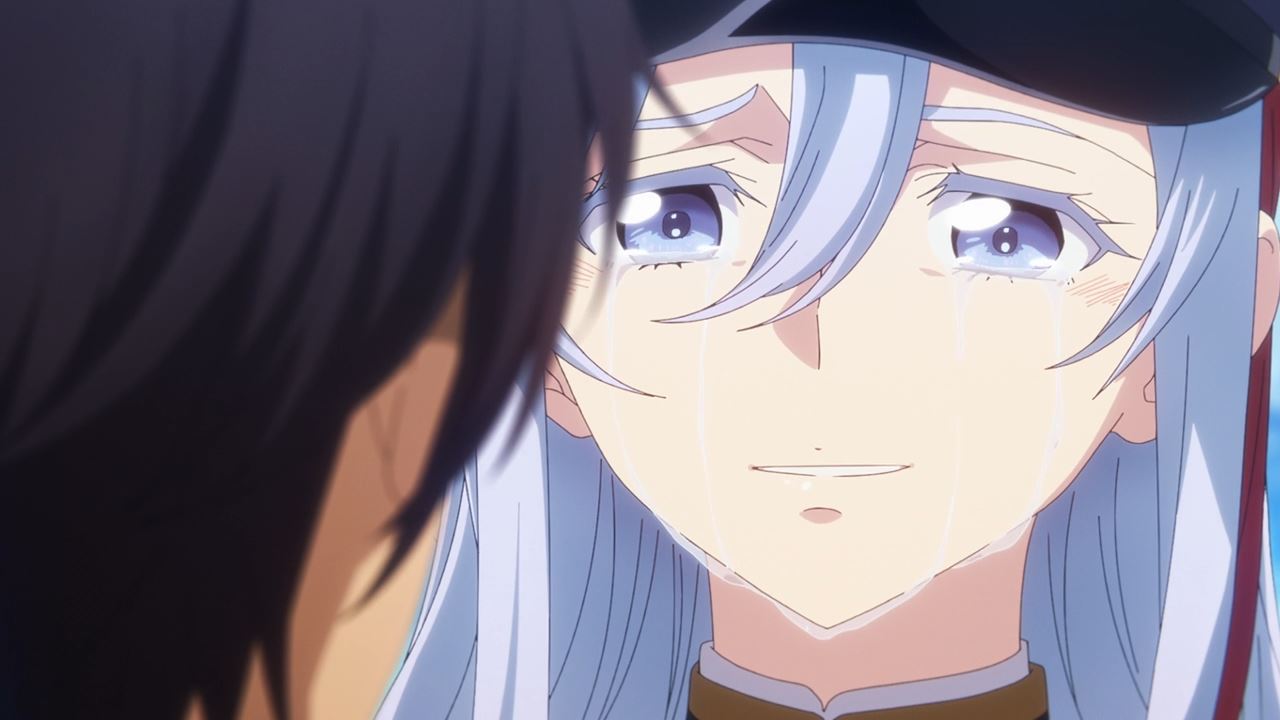 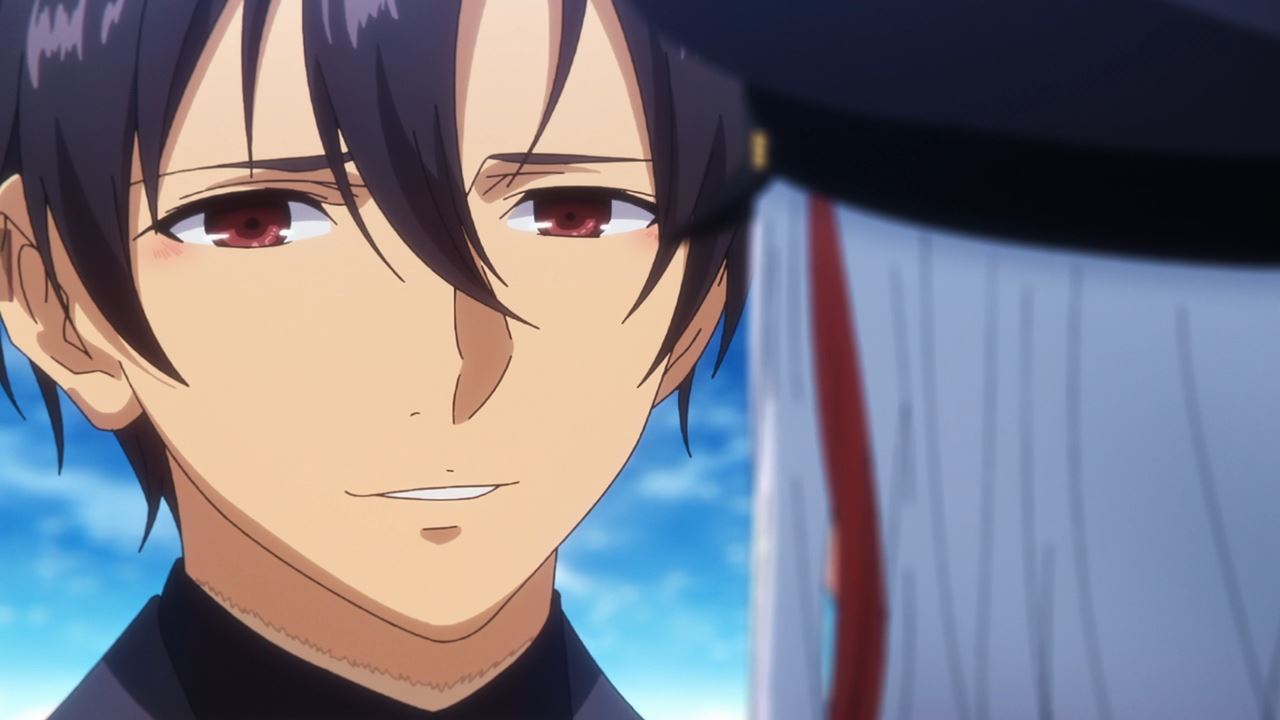 For Vladilena “Lena” Milizé, she finally met Shinei Nouzen face-to-face after all these years. God, what a way to end the first season of 86! 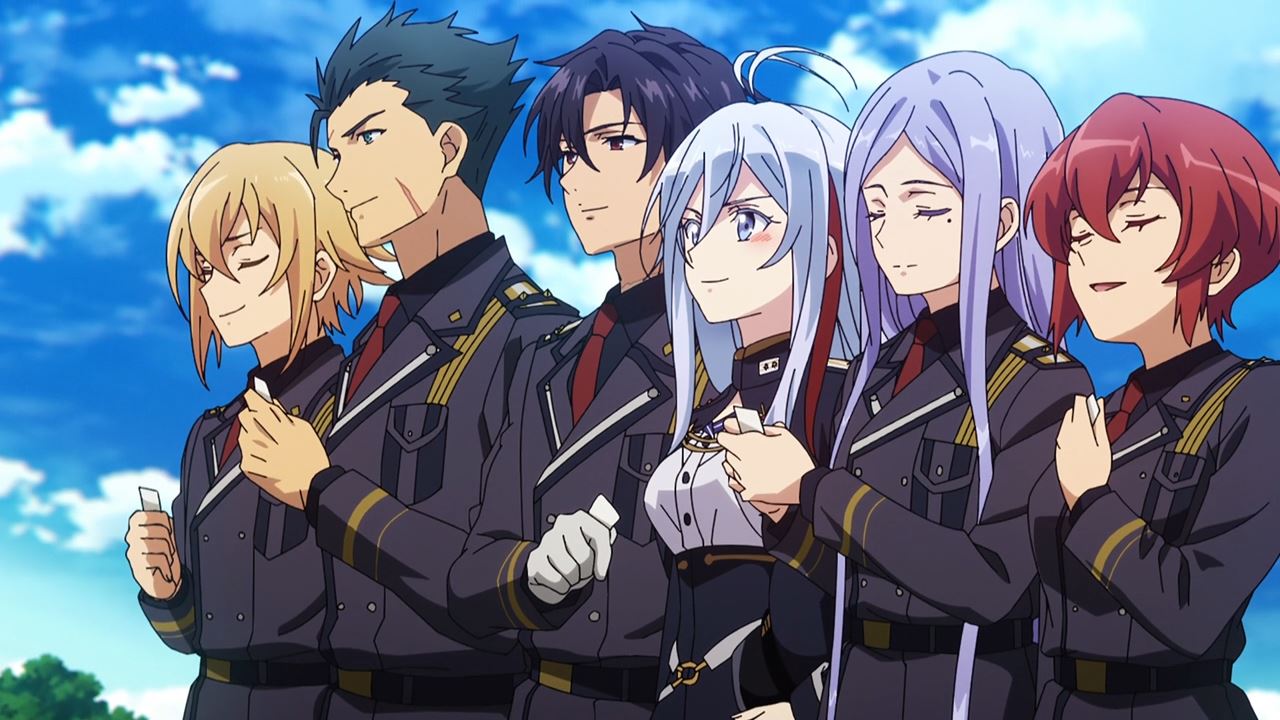 Now then, I have to say that the first half is phenomenal where A-1 Pictures did a great adaptation of the 1st volume of the novel series. Of course, the 2nd half is still marred with production issues which delayed the last 2 episodes to March.

Speaking of the final episode, it’s surprising that today marks an important event where Vladilena Milizé finally met all 5 survivors from the Spearhead Squadron. And seriously, it’s all worth watching this moment as they’ll face new challenges together. 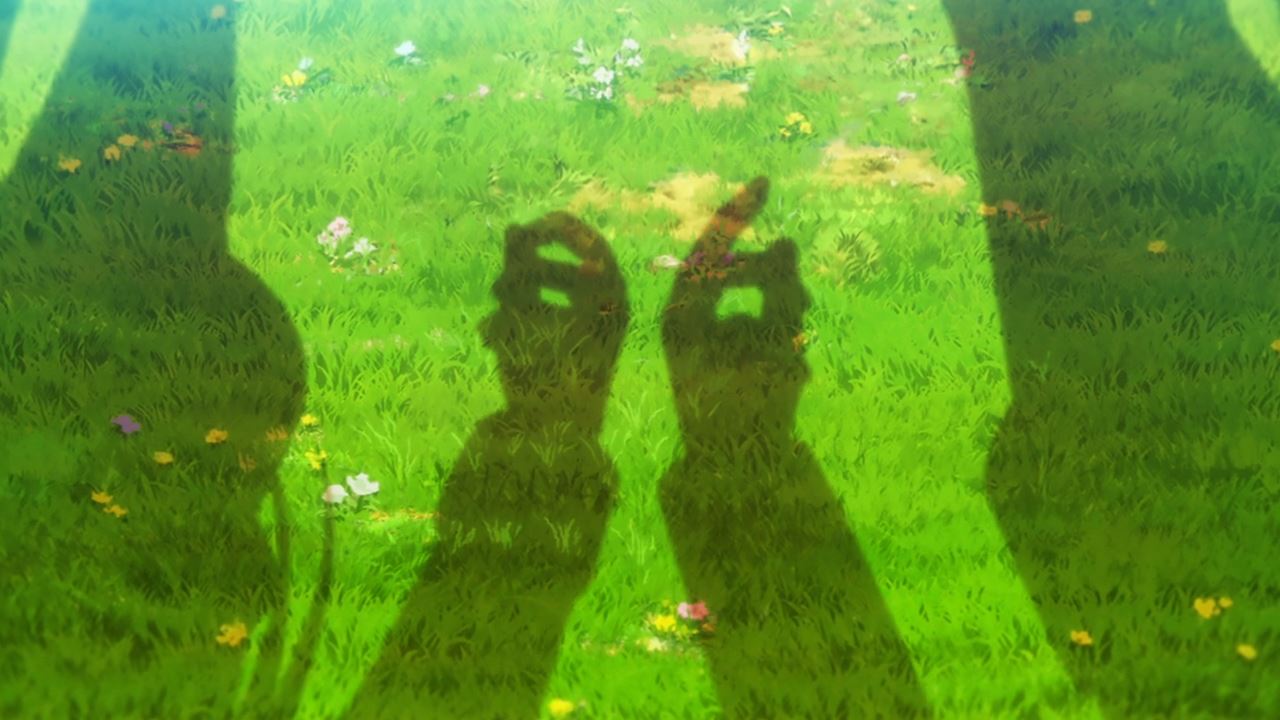 Anyways, that’s about it for 86 where it took a year to finish its first season. Despite the production challenges, it was the best mecha anime show that I’ve watched.

Now, I’m expecting Kadokawa to make another season of this anime series as it proved to be phenomenal. Just hoping that there won’t be any production issues when Season 2 gets the greenlight.