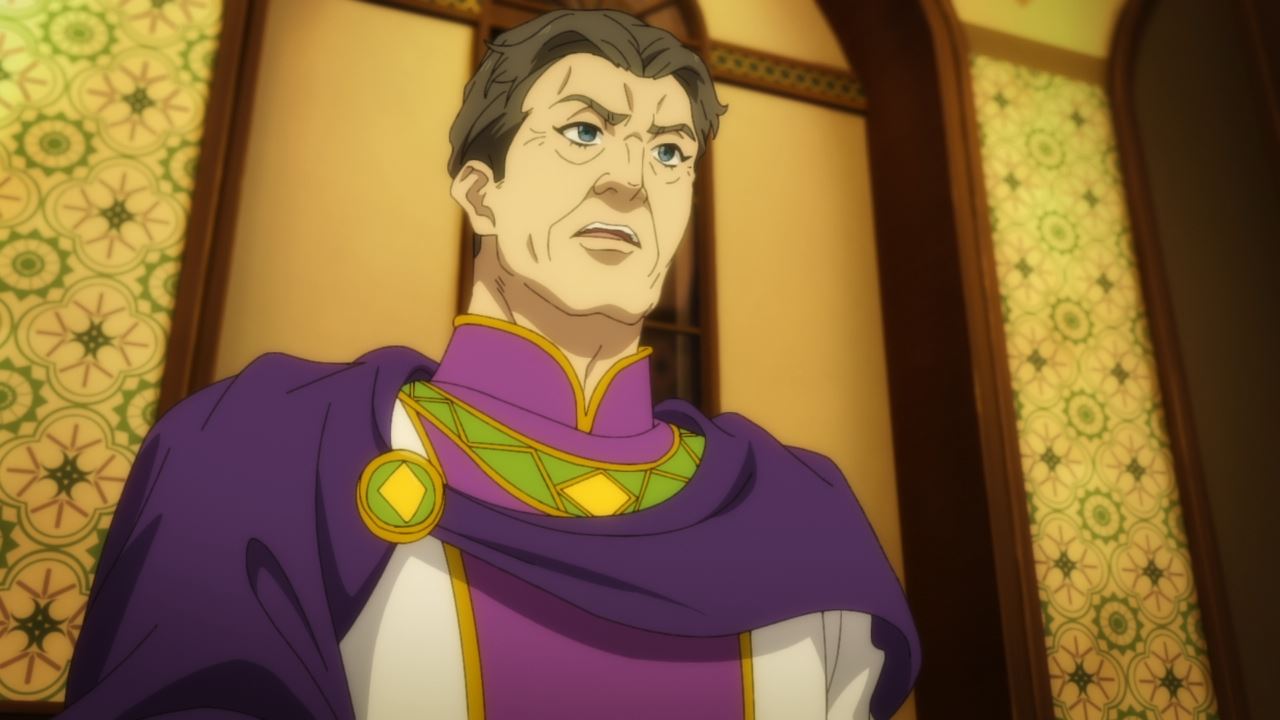 Well look what we have here, the prime minister of Delunio has arrived as Prime Minister Sirgis demanded a cease and desist order of goods being shipped from the Earthworld Empire to his country. Otherwise, it’ll lead to a state of war. 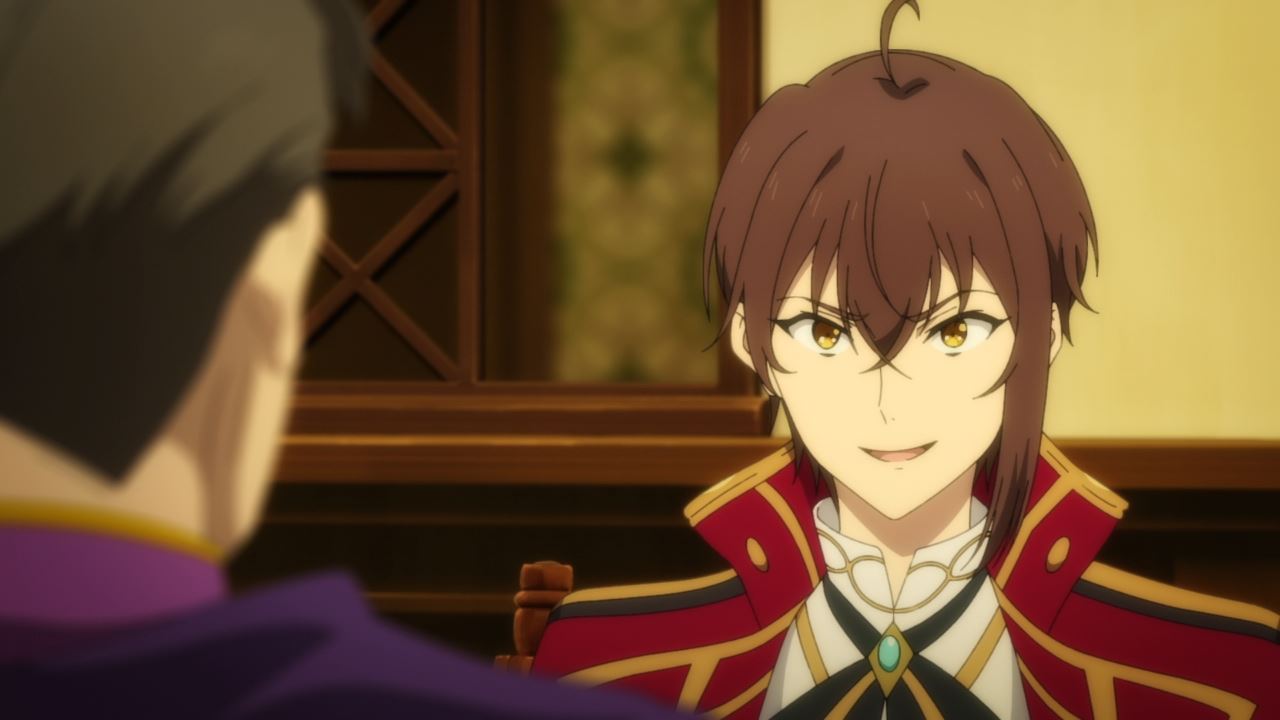 Of course, haters gonna hate as Wein Salema Arbalest will continue to insist that the goods being shipped to the west are made from his country. And besides, Sir Sirgis has no right to complain on behalf of the Levetian faith as he’s not a Holy Elite himself.

In any case, Sir Sirgis left Marden with a bitter taste of his mouth, cursing both Prince Wein and Princess Zenovia as he wishes that their respective kingdoms will fall by God’s wrath. Then again, Prince Wein will just shrug his bluff. 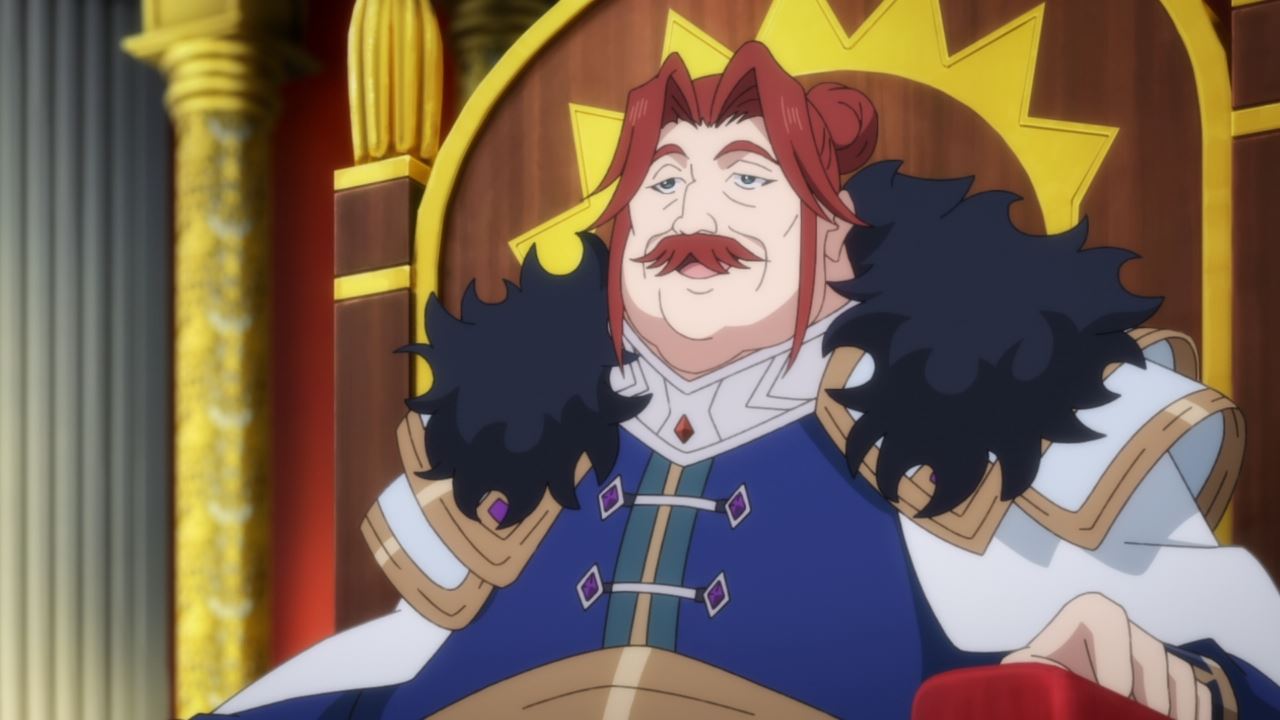 Now then, it’s time for Prince Wein to meet King Gruyere as he and Ninym Ralei have finally arrived in Soljest. But first, an official banquet hosted by the king himself. 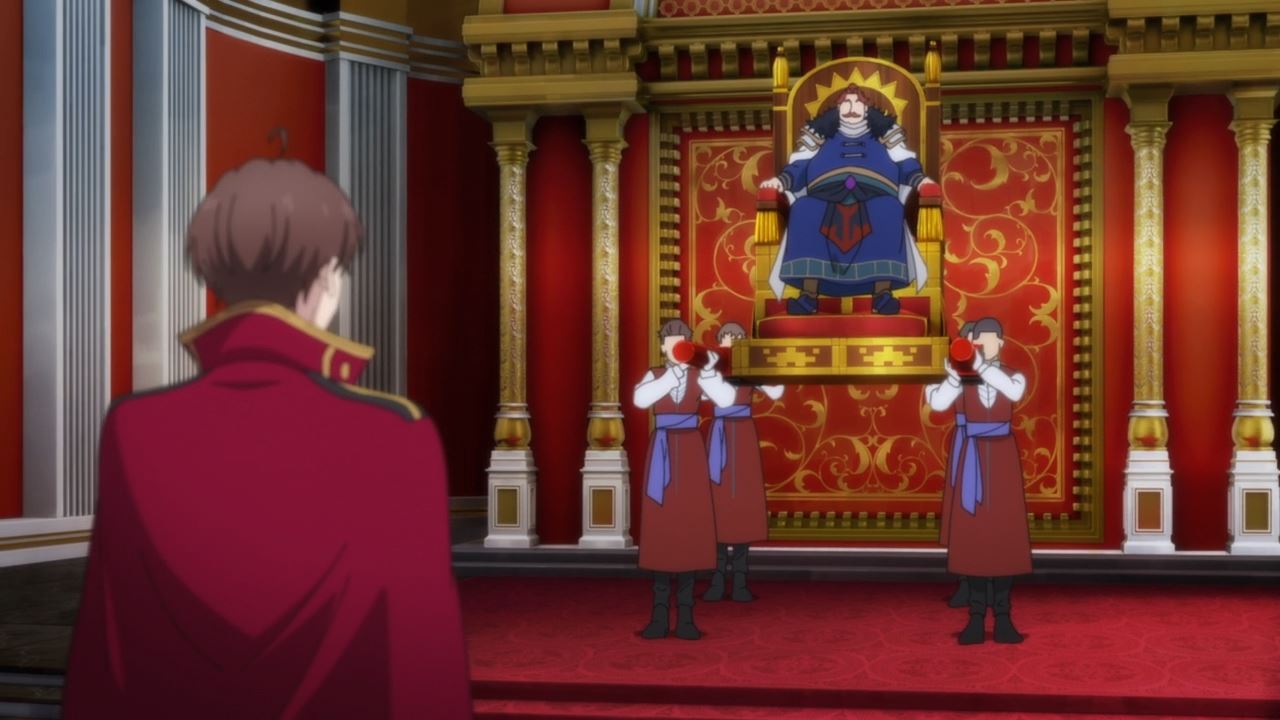 Oh, and King Gruyere needs his servants to move around ’cause he doesn’t like to move much on his own. C’mon, he’s fat and lazy after all. 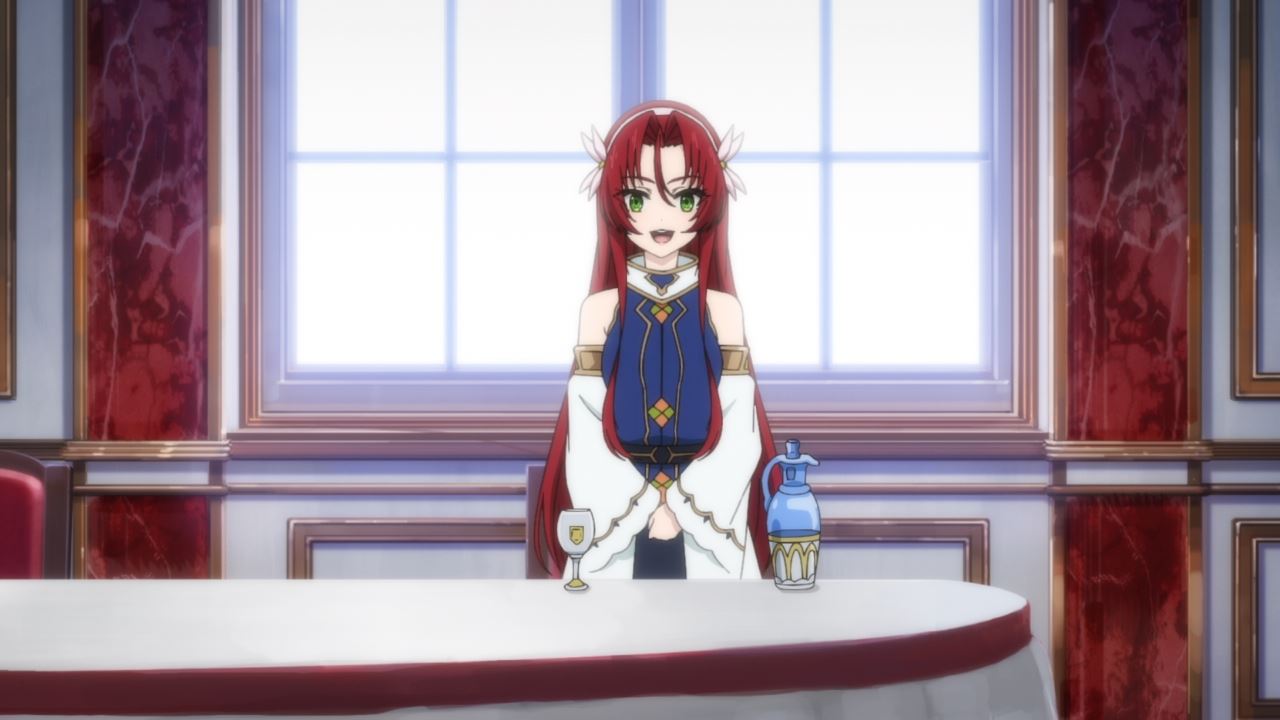 By the way, King Gruyere has a daughter named Princess Tolcheila where she offered some of the scrumptious meals prepared for this occasion. 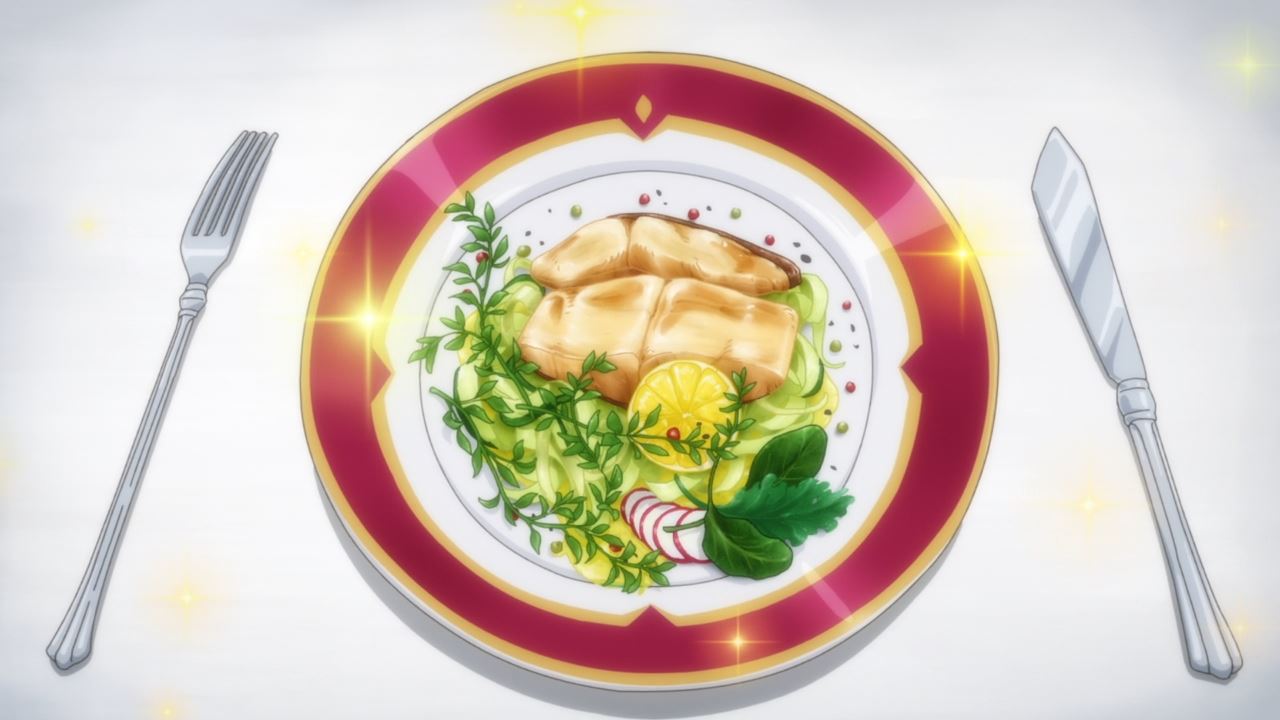 Anyways, time for the appetizer where it consists of white fish and herb salad. Then again, I’m hoping that it’s not sprinkled with poison. 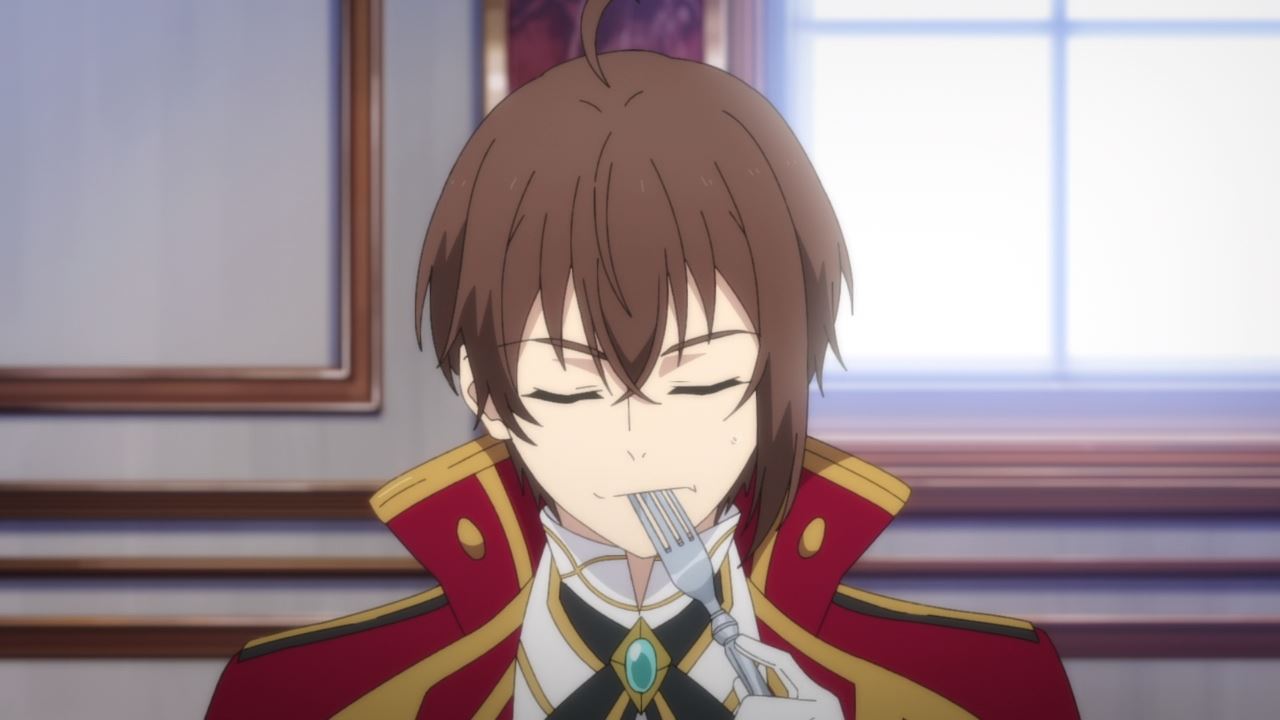 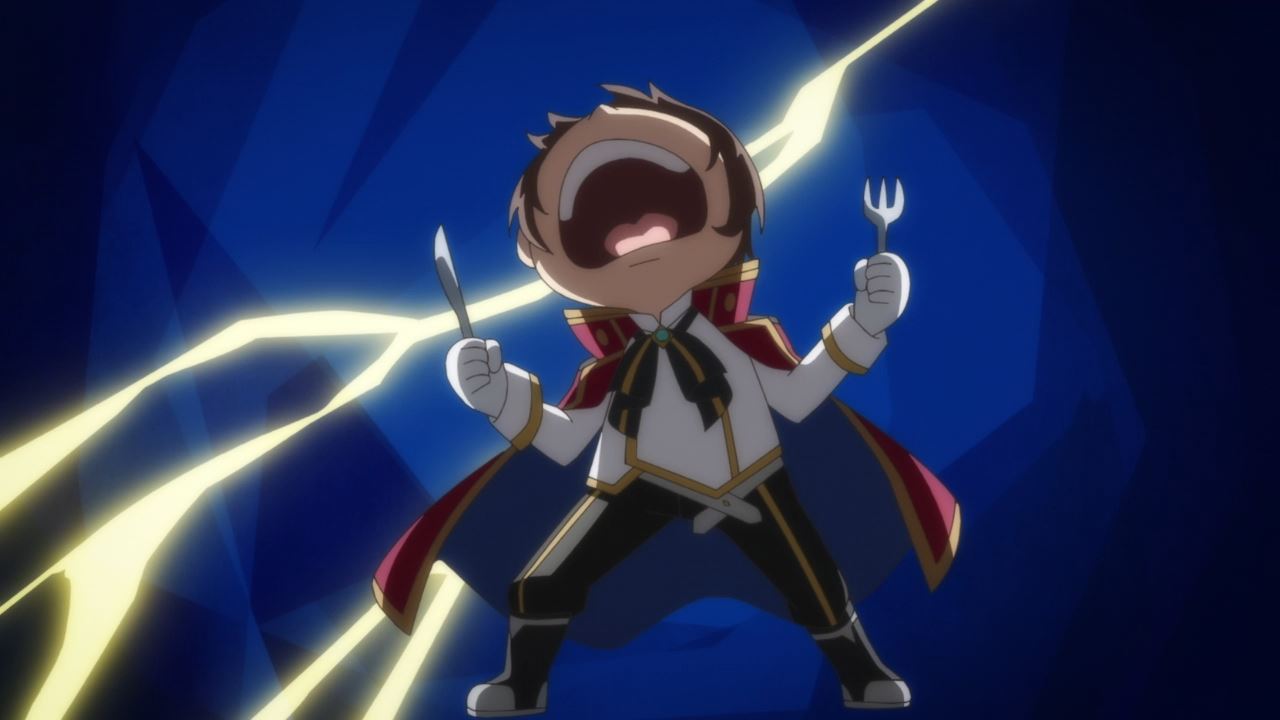 Fortunately, there’s no poison in the dish as Prince Wein Salema Arbalest is surprised that the dish is delicious.

But wait a minute, I have a feeling that King Gruyere Soljest is planning to stall the negotiations by letting Prince Wein Salema Arbalest eat some food until he becomes fat. Damn, what a nice strategy from King Gruyere. 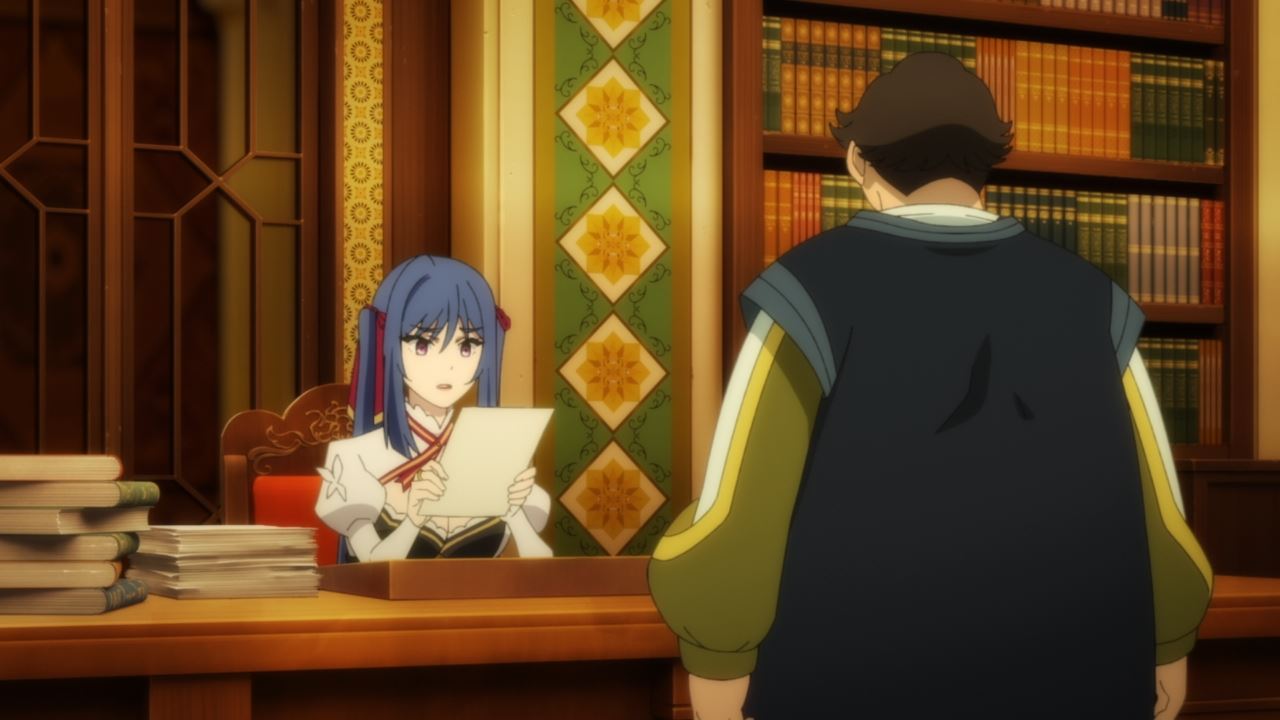 Meanwhile, looks like Princess Zenovia received another letter from Prime Minister Sirgis. This time, the Kingdom of Delunio are planning to invade Marden now that the princess refused to stop shipping imperial goods.

Oh boy, let’s hope that Prince Wein managed to strike a deal with King Gruyere as soon as possible. After all, he wants to prevent a war from happening. 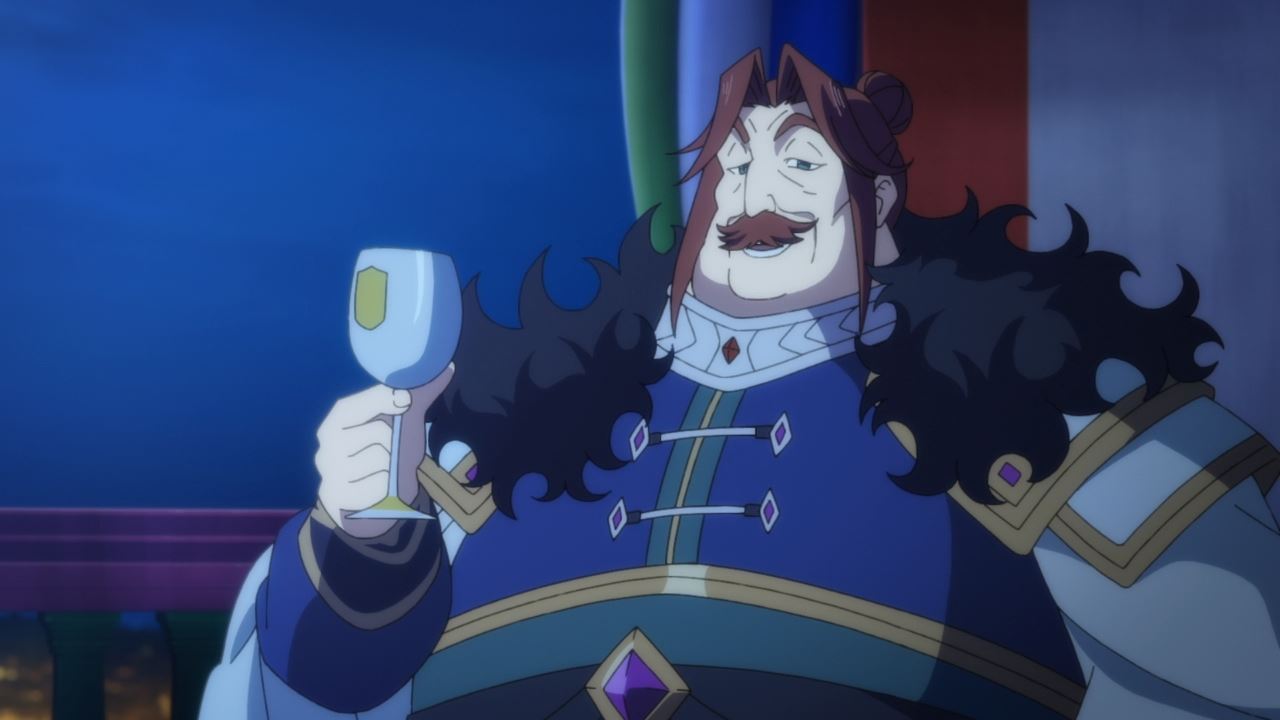 And speaking of King Gruyere, he decides to strike an alliance deal with Prince Wein at the last minute. Man, the king should have struck a deal earlier rather than waiting for the last day. 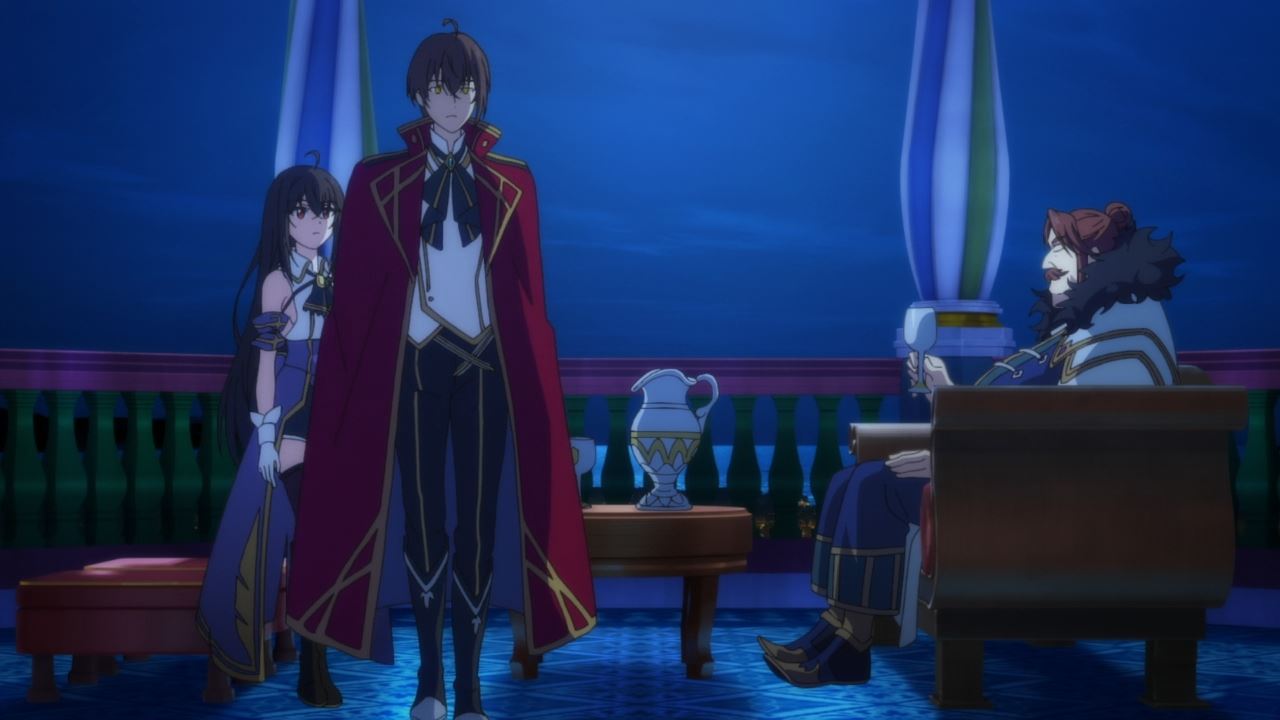 But anyways, Prince Wein and Ninym left the Kingdom of Soljest as they finally struck an alliance deal with King Gruyere… or is it? 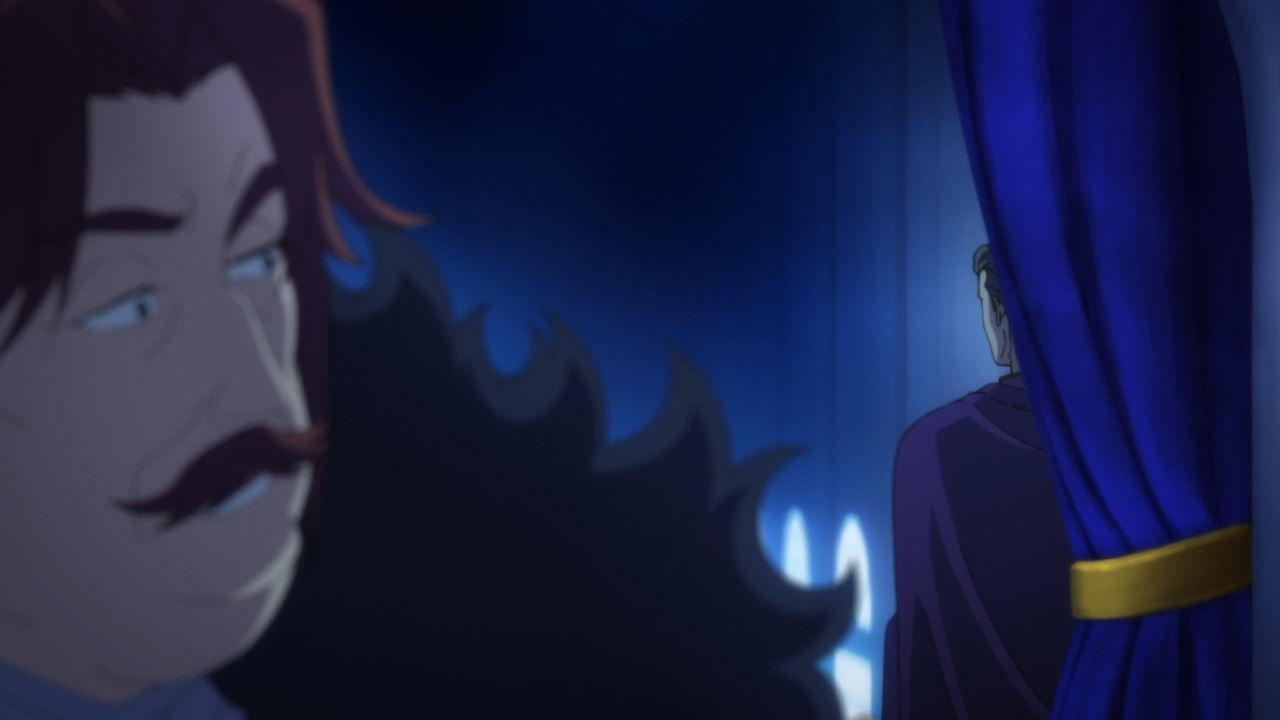 Turns out that King Gruyere was just playing mind games as he wants to play the prince’s heart until the day a certain kingdom will invade the Kingdom of Natra. 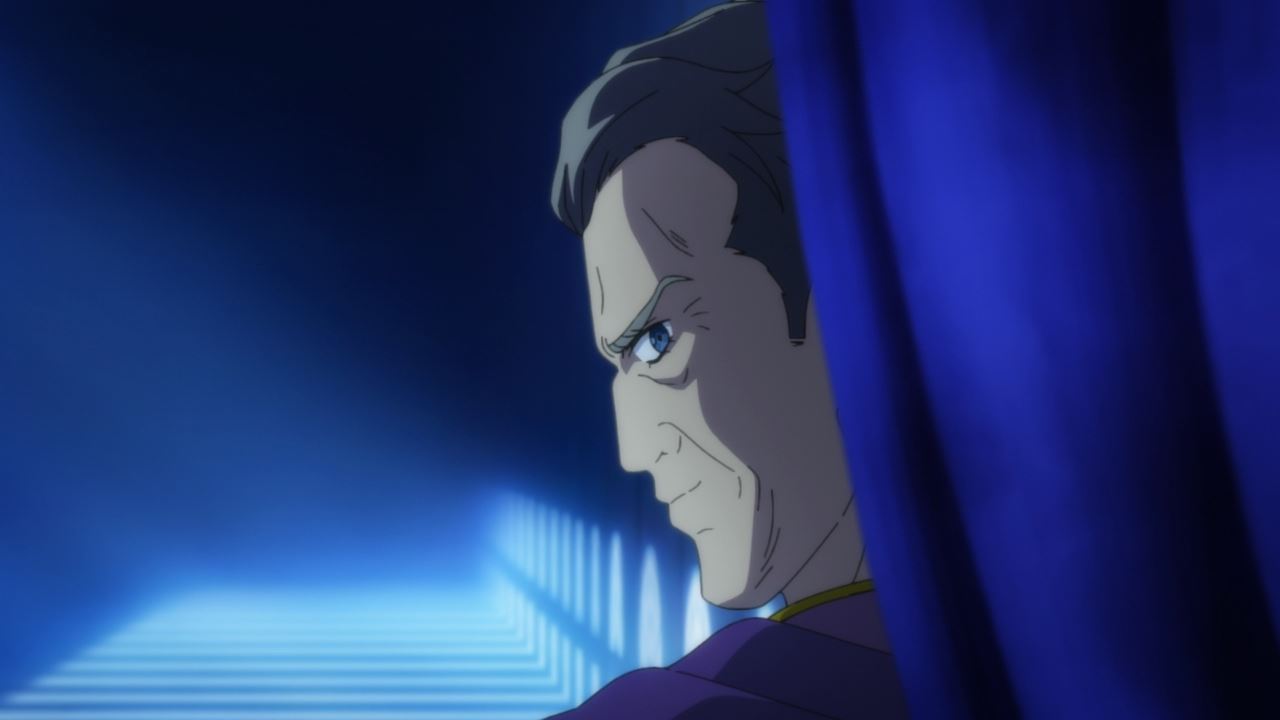 That’s right, it’s the Kingdom of Delunio where King Gruyere already struck a deal with Prime Minister Sirgis as they plan to invade both Natra and Marden. God, he played Wein like a fiddle. 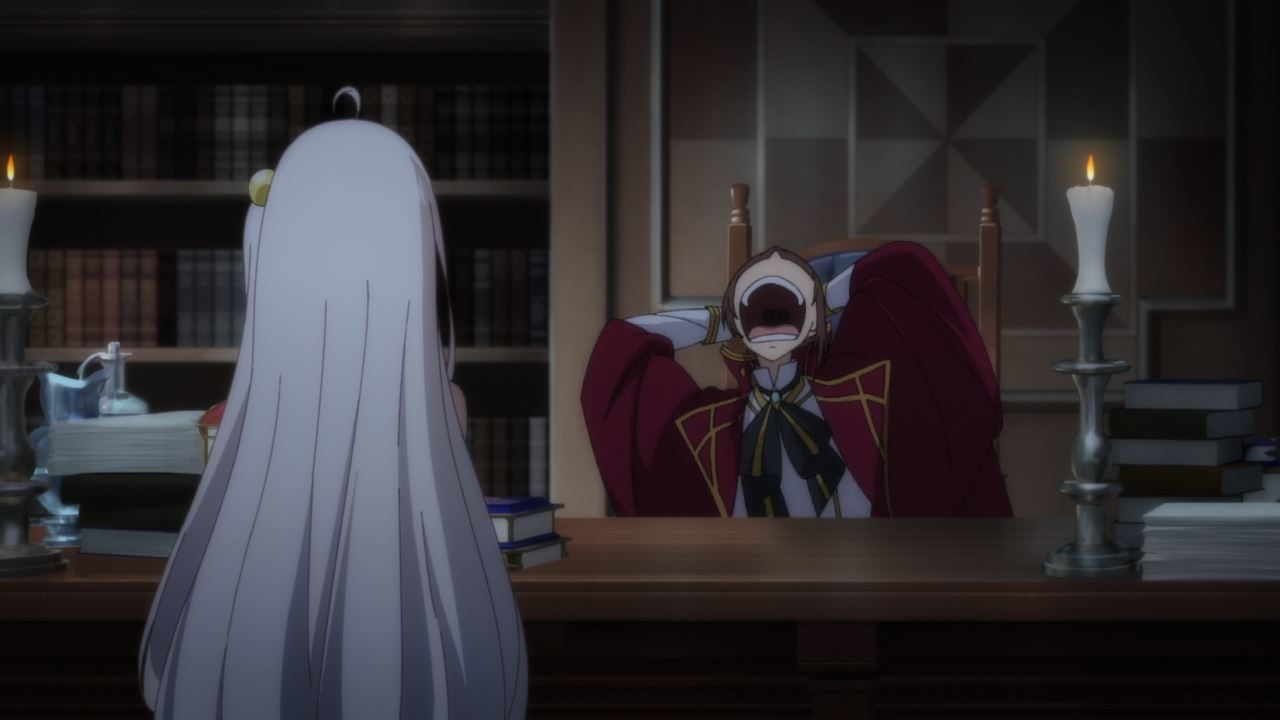 Even the prince can’t believe that Gruyere would pull a fast one on him. Still, it’s not like the end of the world for him as Prince Wein will have to focus on repelling both Soljest and Delunio.

Anyways, tune in next time for the final episode where Prince Wein Salema Arbalest and his friends will have to make one last gambit to turn the tides back to his favor.