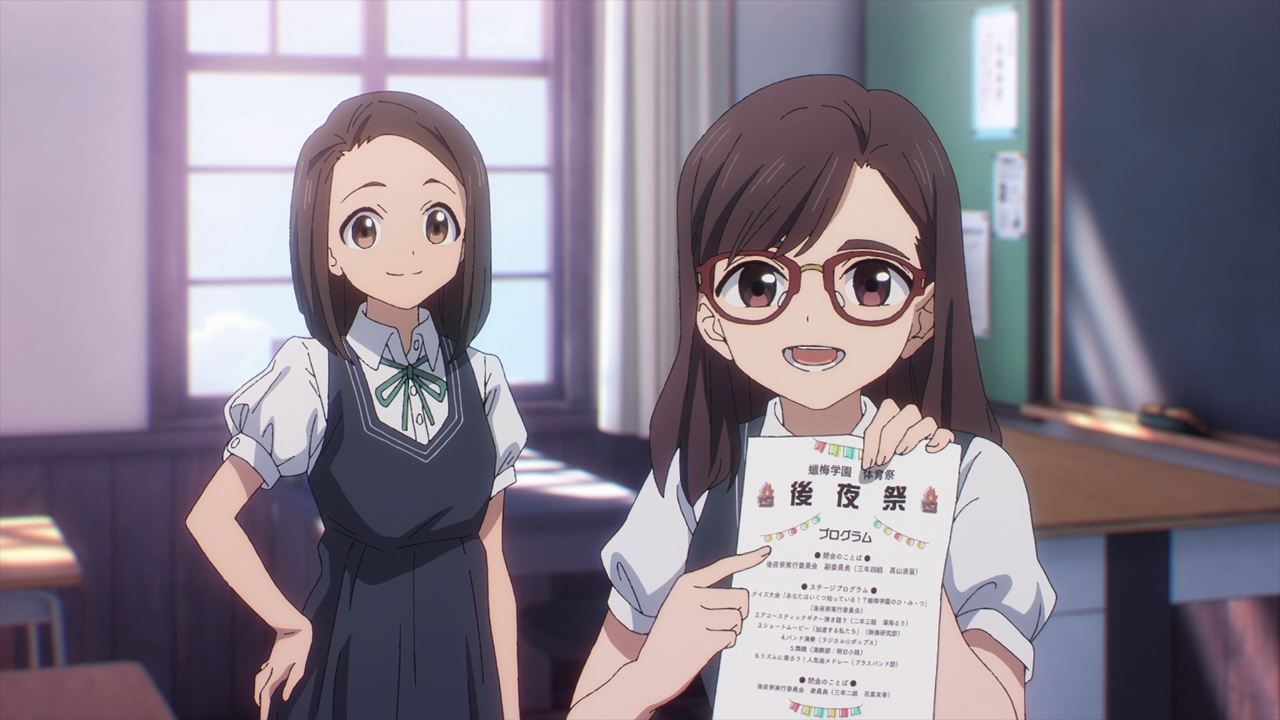 Well, this is quite surprising and I almost got a heart attack as the president of the drama club showed a paper to Komichi Akebi on her participation as a dancer during the school festival.

But seriously, I thought the club president cut Akebi-chan from the drama club ’cause I’ll get mad at her for doing that. 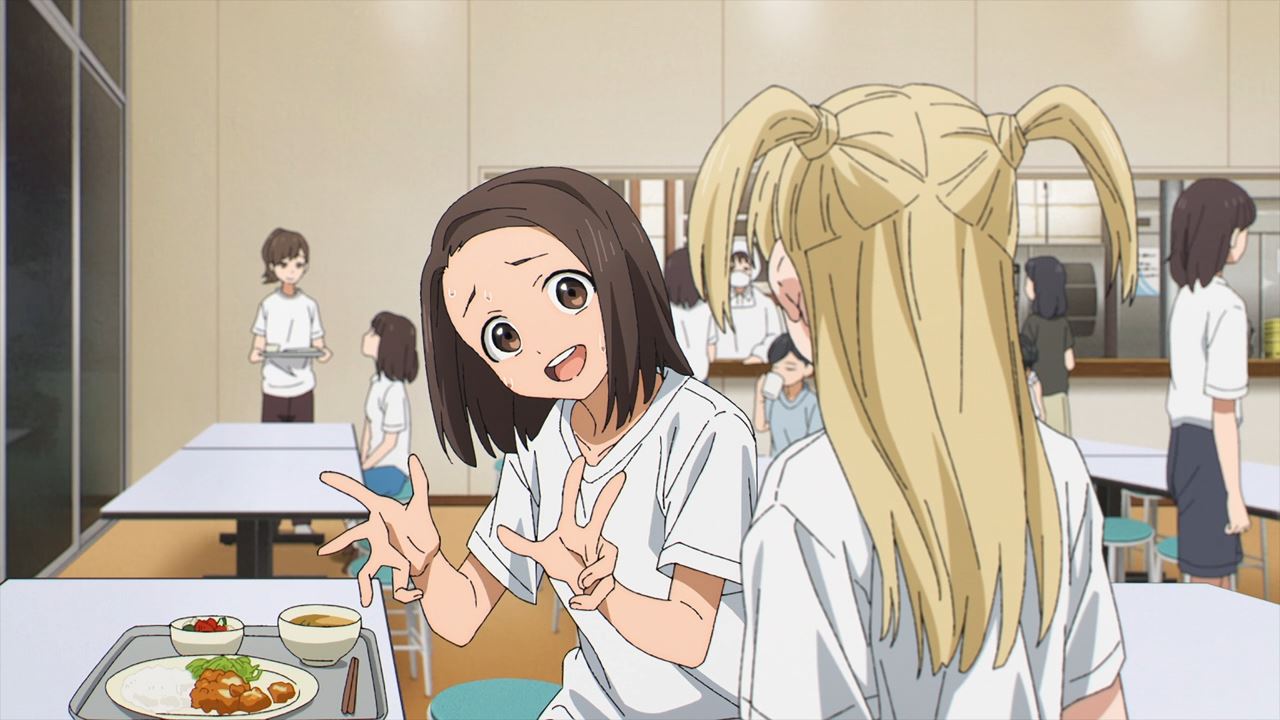 Oh yeah, I forgot to tell you that Erika Kizaki will play the piano as Touko Usagihara suggested to play one of Miki Fukumoto’s songs during Akebi’s dance performance.

Anyways, let’s hope that Kizaki will get better in her piano playing skills in time for the school festival. 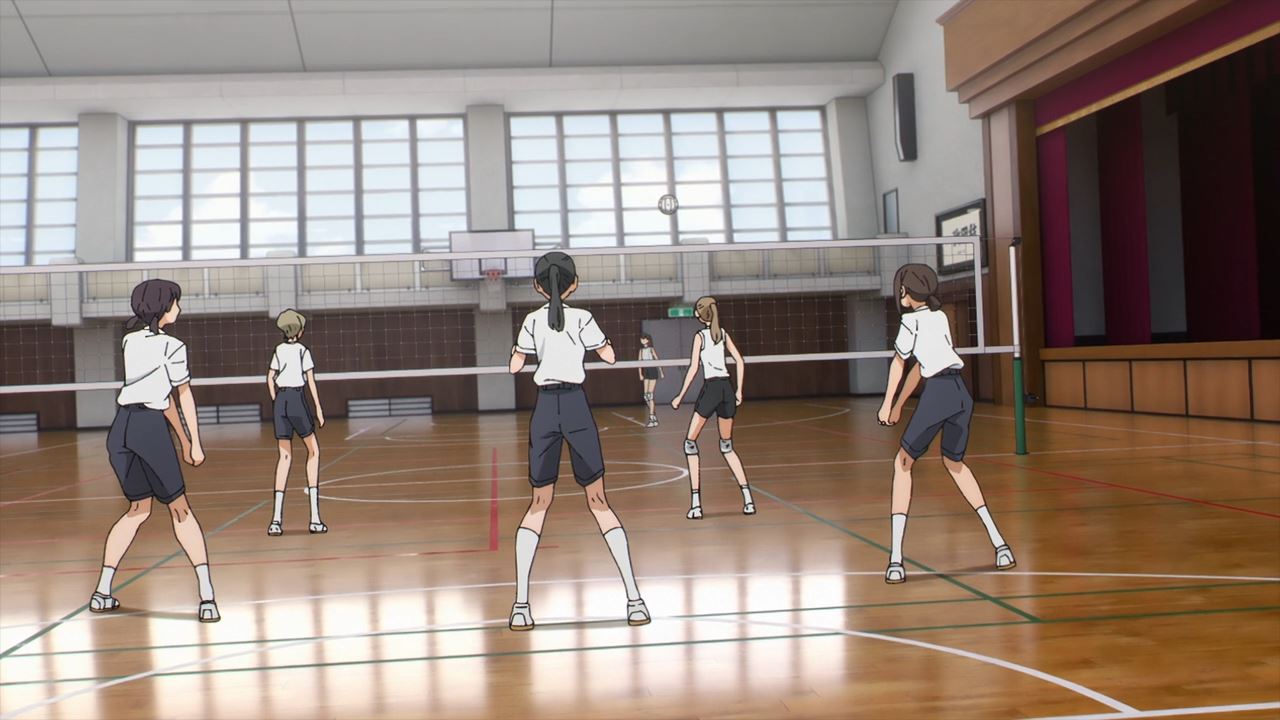 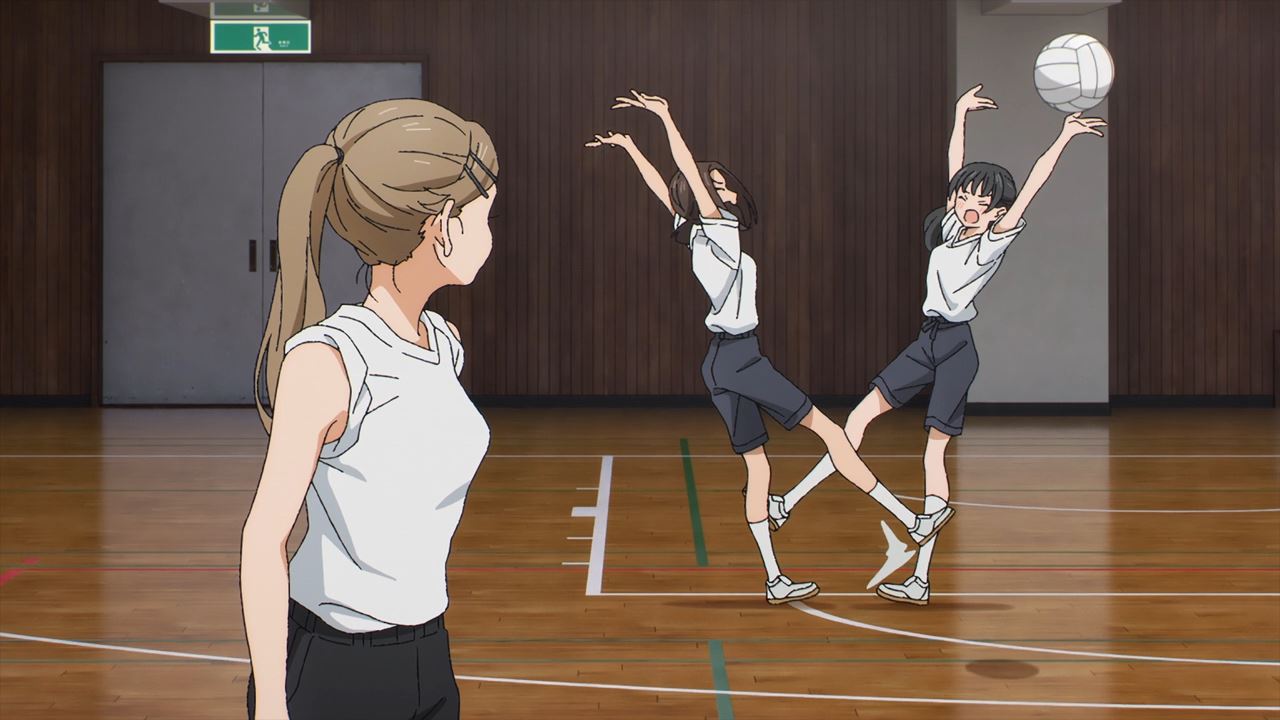 For now, it’s time for Komichi Akebi to participate in a volleyball tournament where she needs some practice.

And given that there’s little time to practice, Akebi-chan will have to take some measures as she plans to train her skills during the weekend. 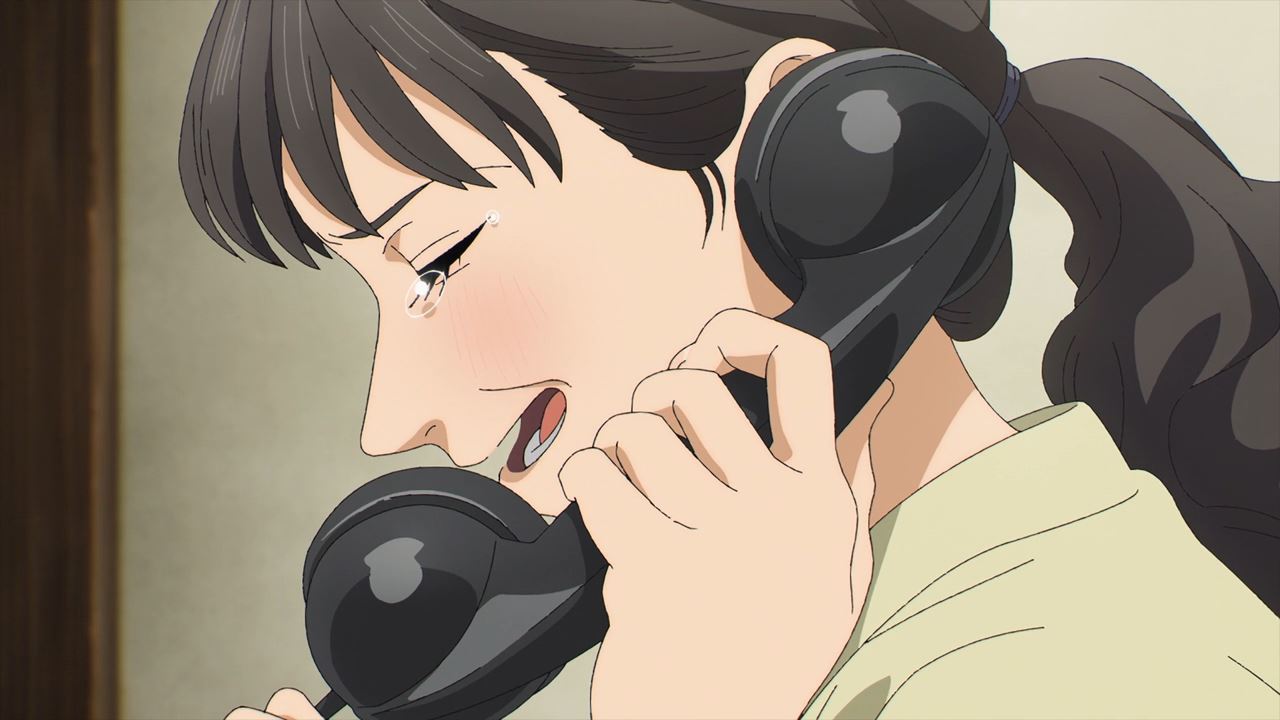 Thus, Akebi-chan decides to call Mako-sensei from Futaba Elementary School where her former teacher agreed to let Komichi and her friends rent the facility.

Of course, Mako-sensei is really happy that her former pupil has classmates, compared to Komichi’s elementary school days where she’s the only student in the entire school. 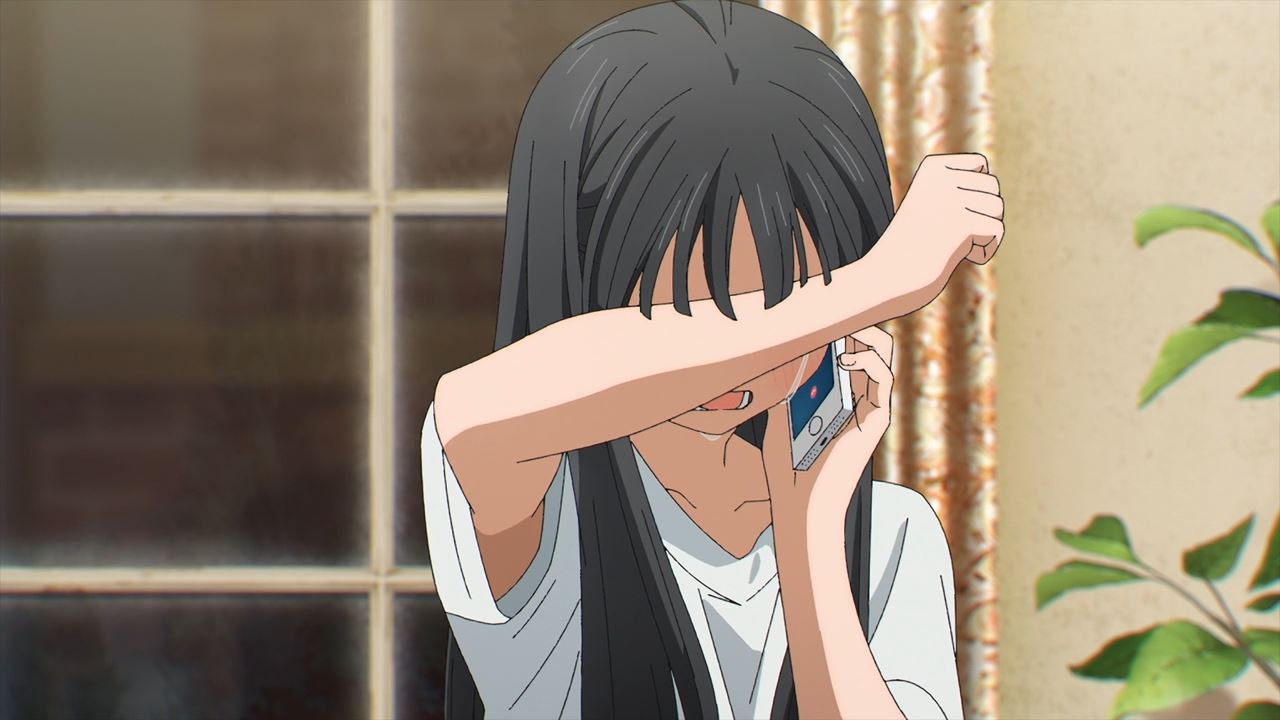 For Komichi Akebi, she’s reduced to tears as Akebi-chan understands Mako-sensei’s heartful words. Anyways, Komichi will invite her friends to her alma mater. 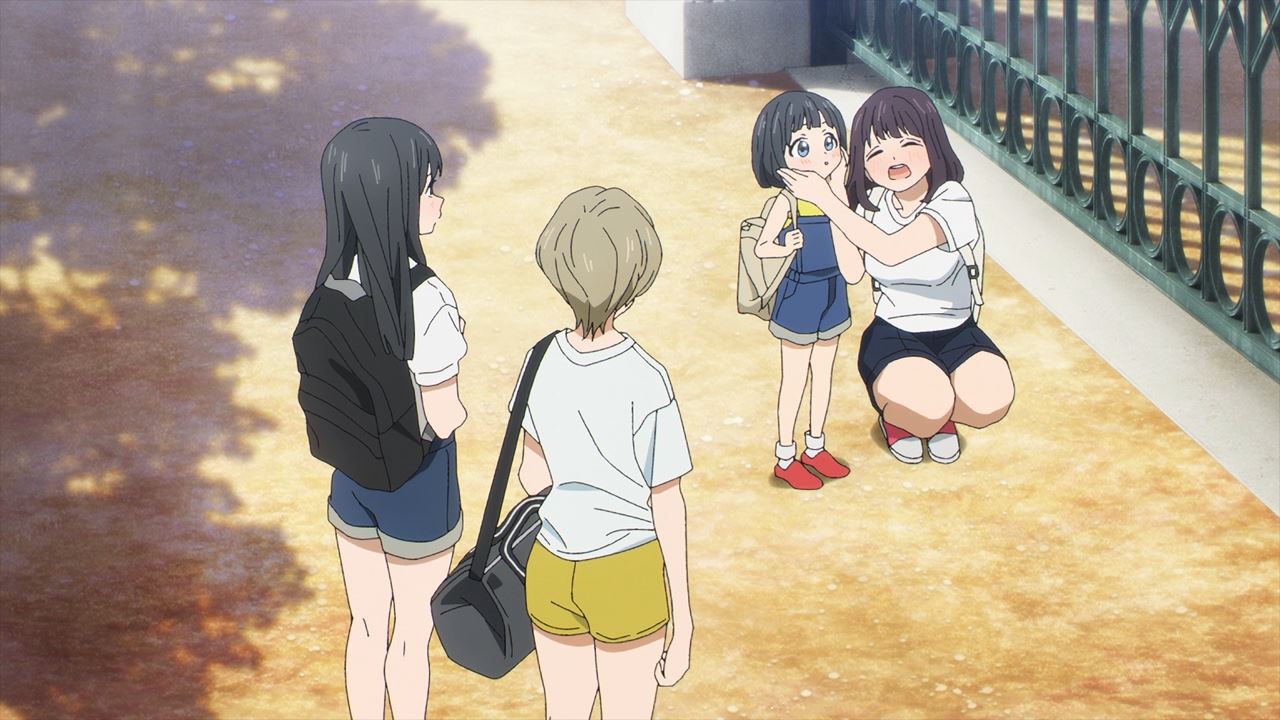 Oh, and she brought Kao-chan on this occasion as Riona Shijou is really thrilled upon seeing Komichi’s cute sister. 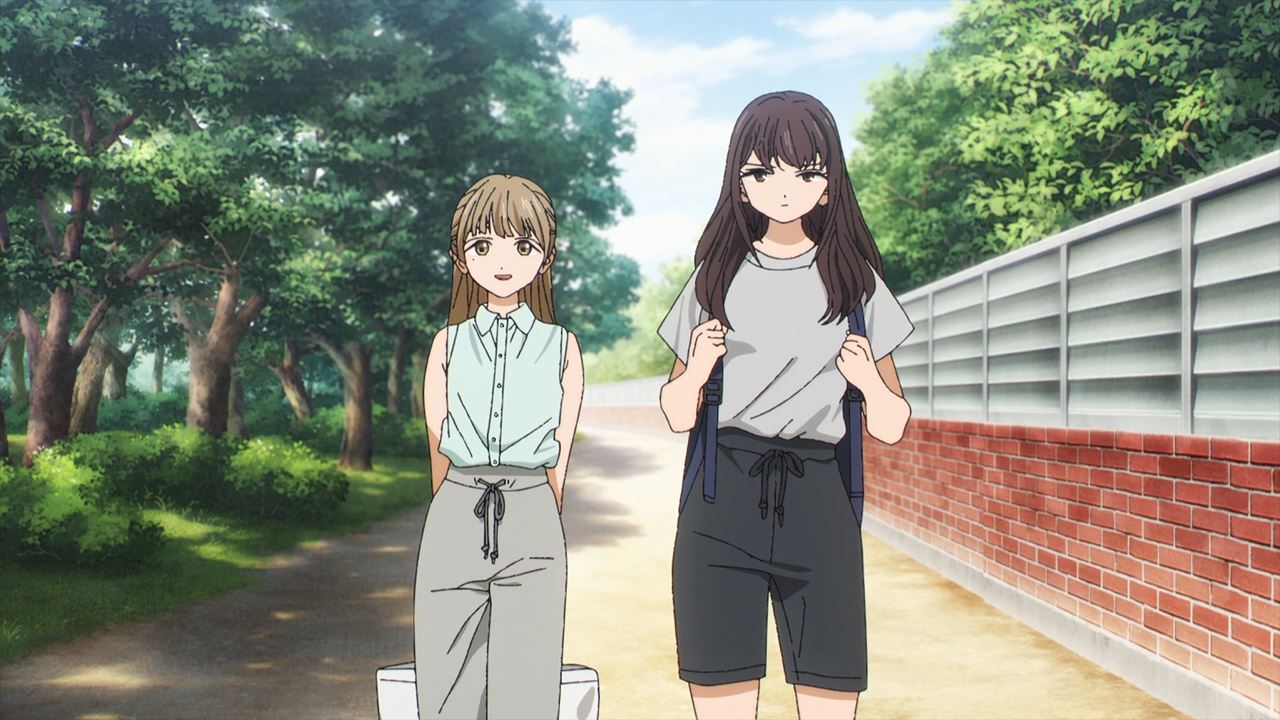 Meanwhile, here’s both Yasuko Nawashiro and Hitomi Washio where they originally don’t want to join in, but Washio changed her mind at the last minute. 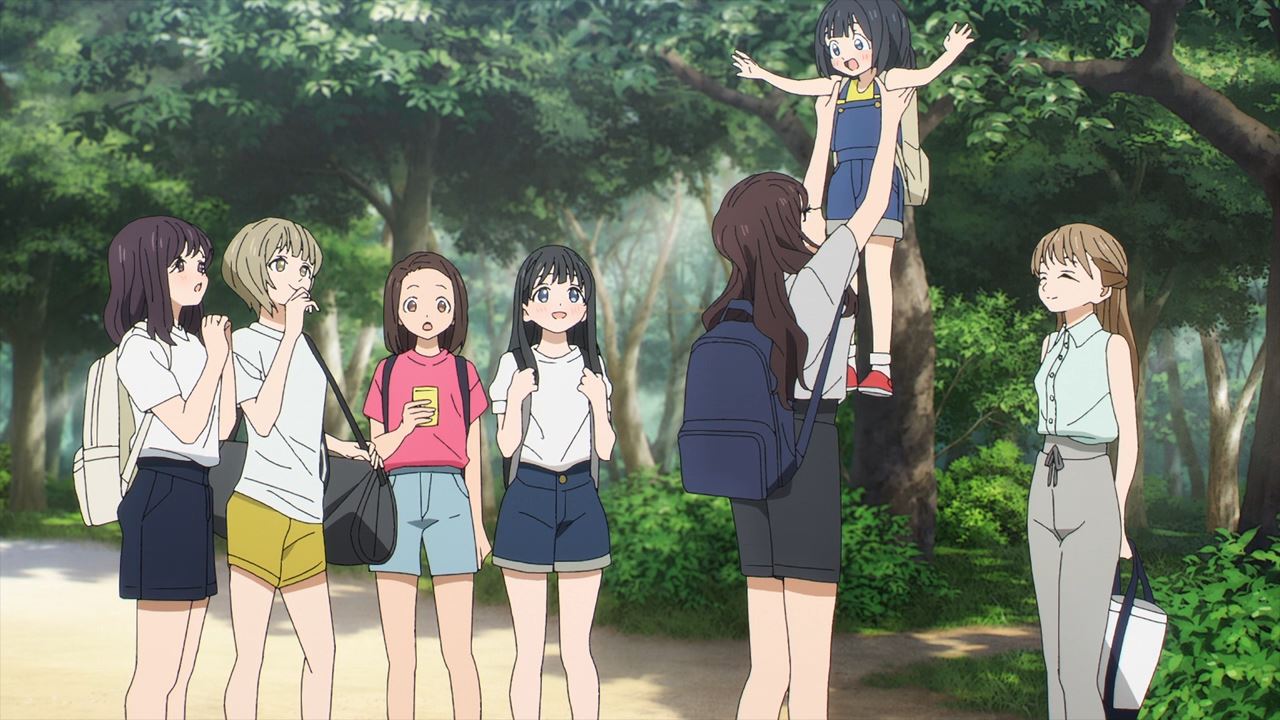 And speaking of Hitomi Washio, I have to say that she’s really fond of Komichi’s little sister that Hitomi-sempai carried Kao-chan like a lion cub. She’s really irresistible! 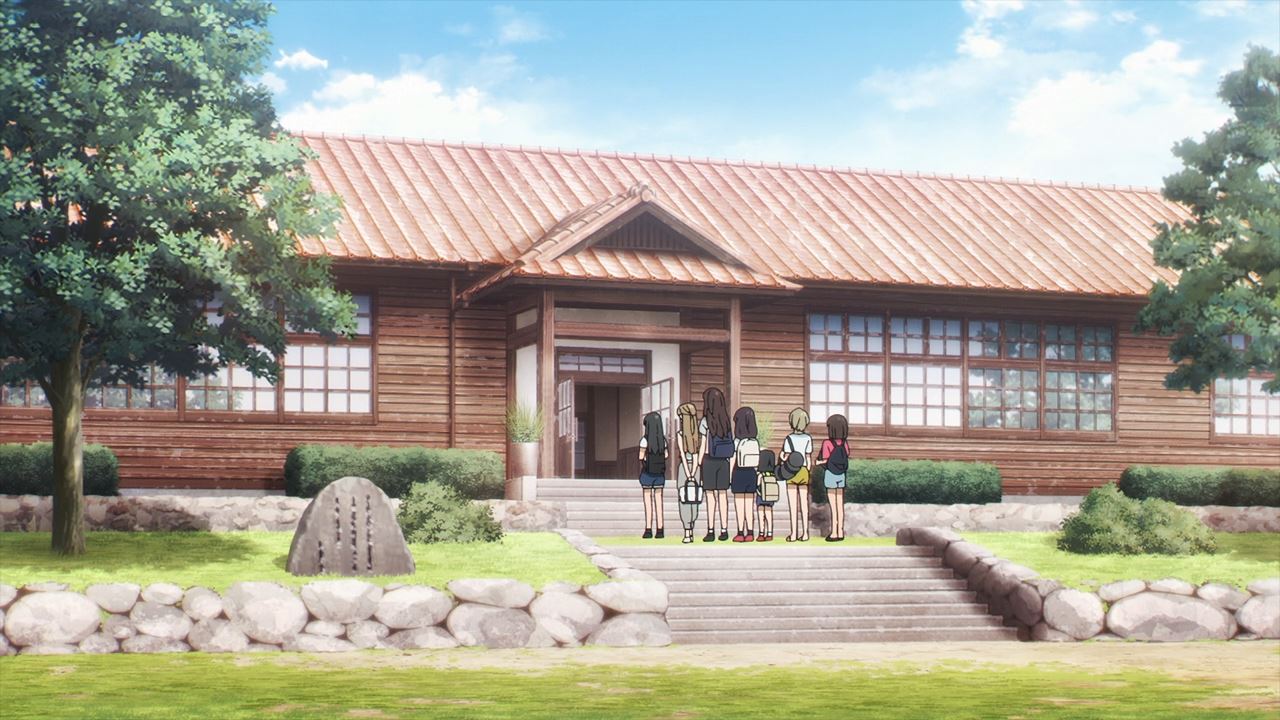 Anyways, they finally arrived at Futaba Elementary School where it’ll be closed soon once Kao-chan graduates.

Yes, Komichi Akebi has lots of memories on her former school, but it sucks that it’ll be shut down thanks to the declining population. Oh, and a few surviving elementary schools are operating in large cities. 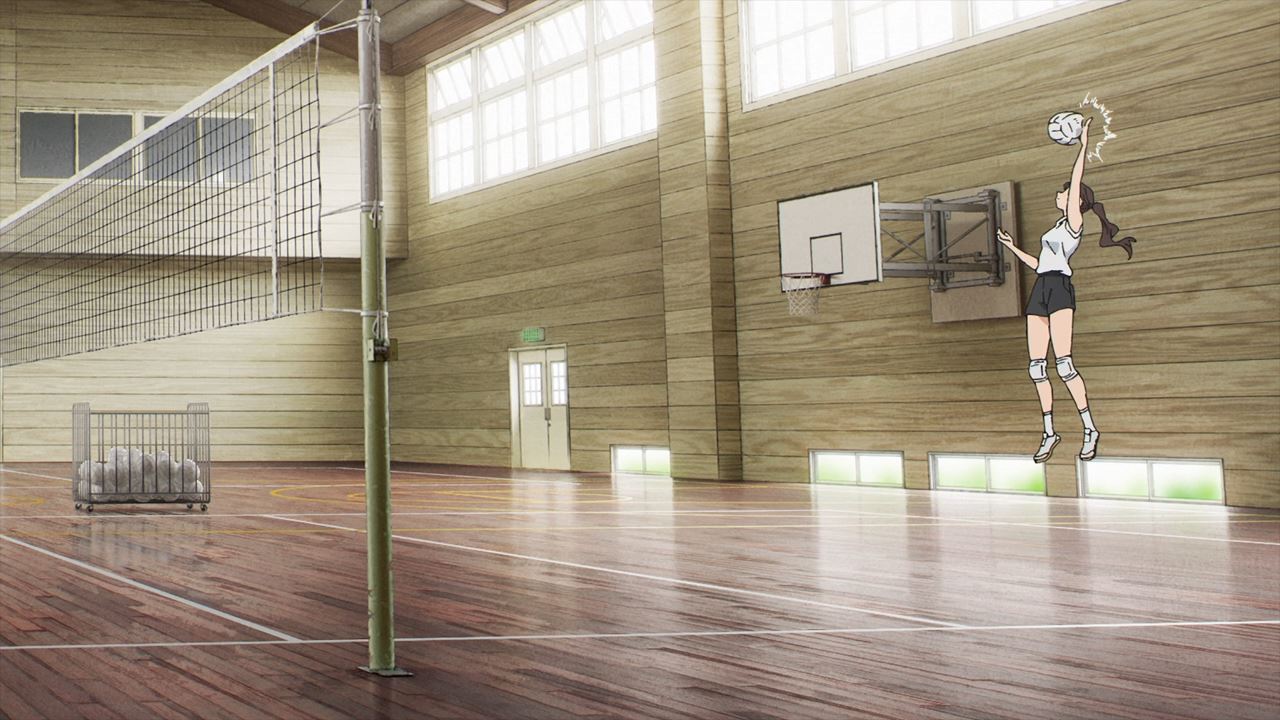 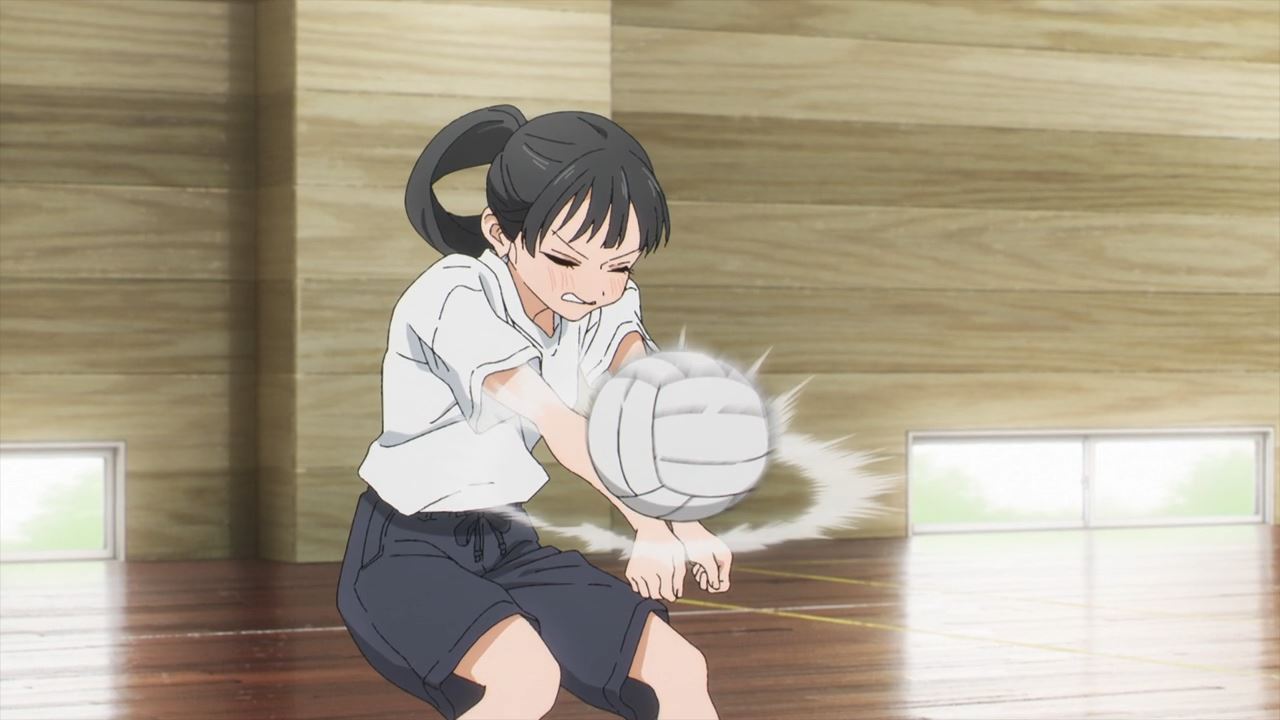 Now then, time for the training session where Akebi-chan and her fellow classmates are trying their best to become better volleyball players. 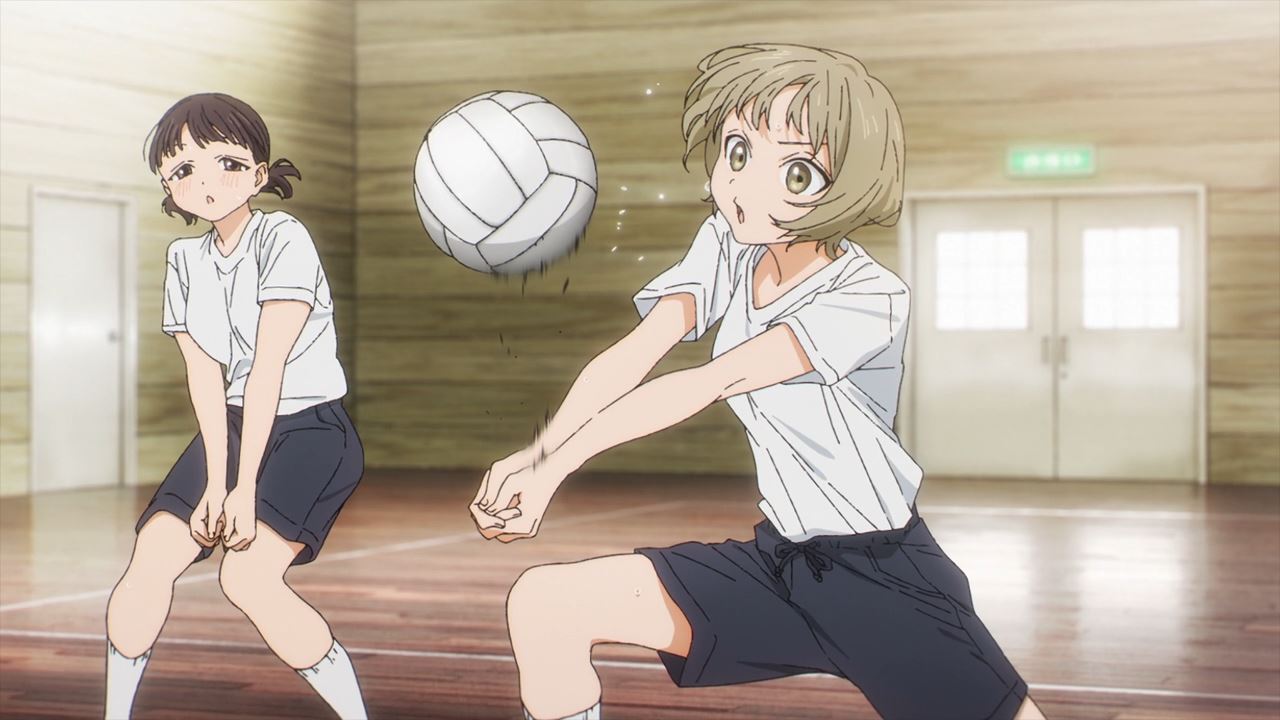 But yes, it looks like they improved a lot now that they have more time practicing their skills. Basically, there won’t be any screwups in the lead-up to the school festival.

Oh yeah, seems that some girls decided to take off their shirts as it’s getting hot inside. Take Riri Minakami where she removed her shirt to show her sports bra.

And it’s not just Minakami, Akebi-chan joined the ride where she took off her shirt. Still, the girls continue their training session in Futaba Elementary School. 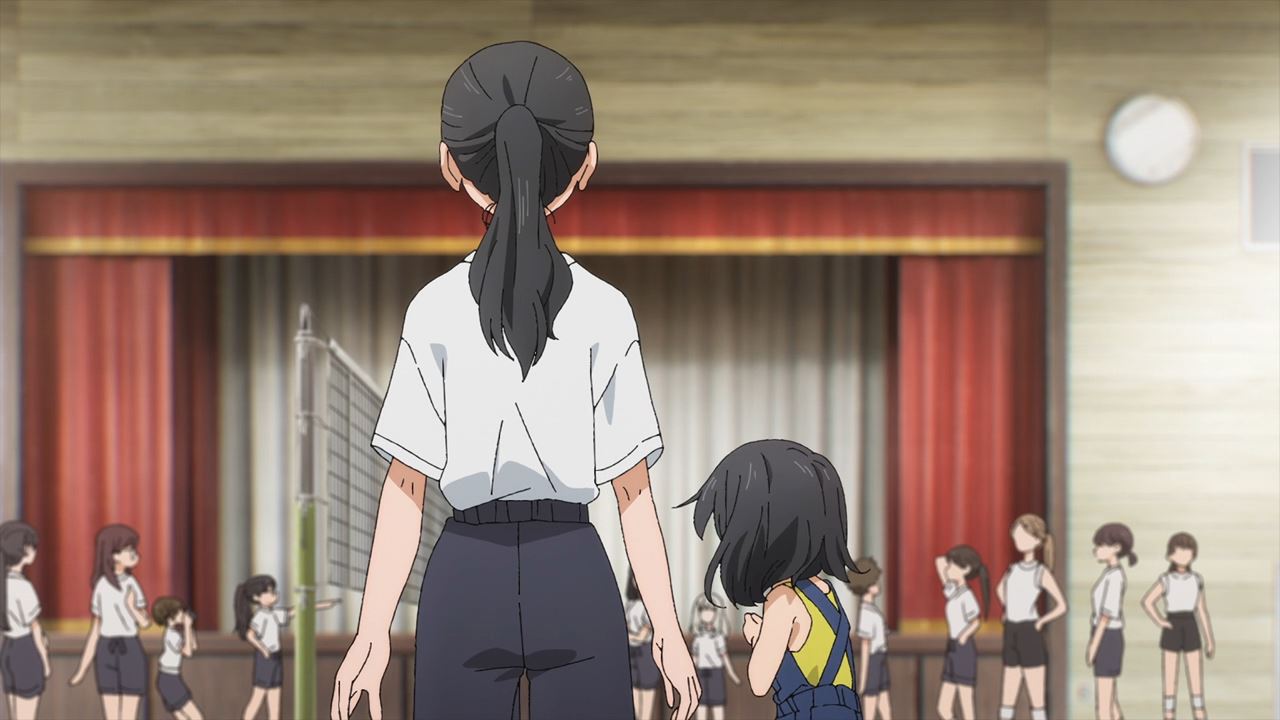 In late afternoon, the training session went from a few people to an entire class. Even Kao-chan is really surprised that Komichi’s classmates are here. 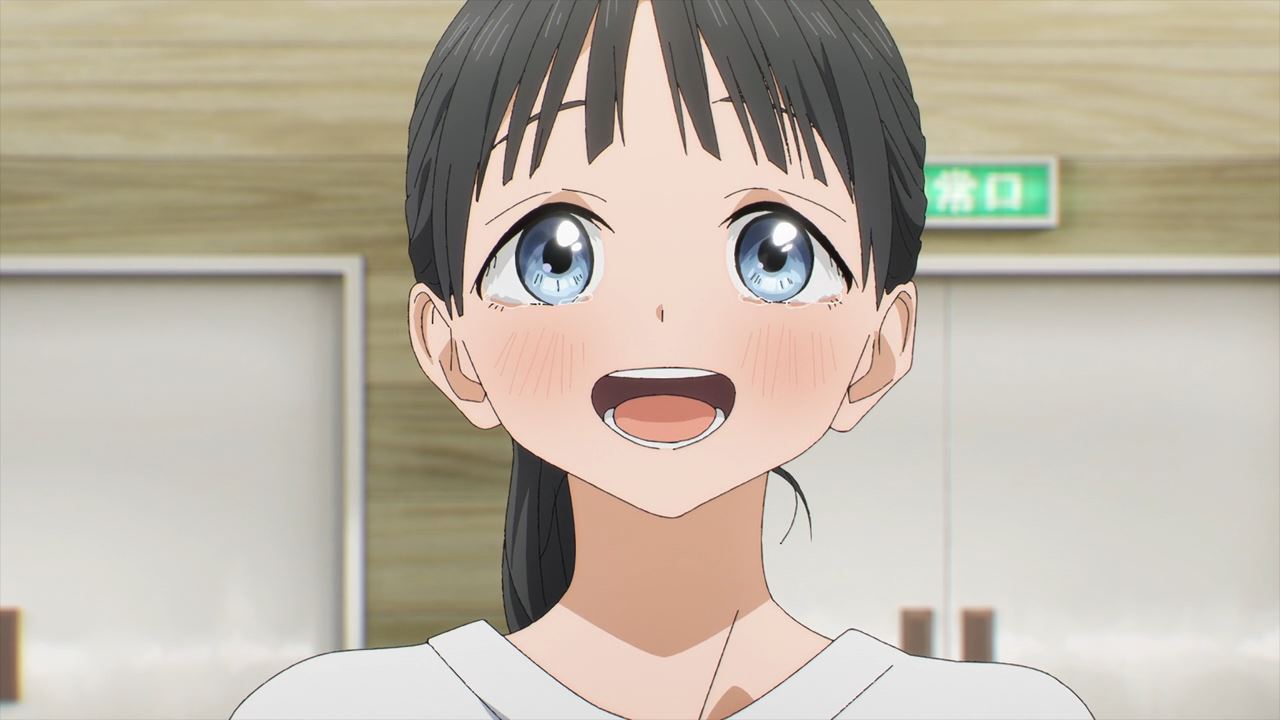 Now, I’m not sure how they found Futaba Elementary School, but I’m really surprised that Komichi Akebi’s enthusiasm has brought everyone to her alma mater. 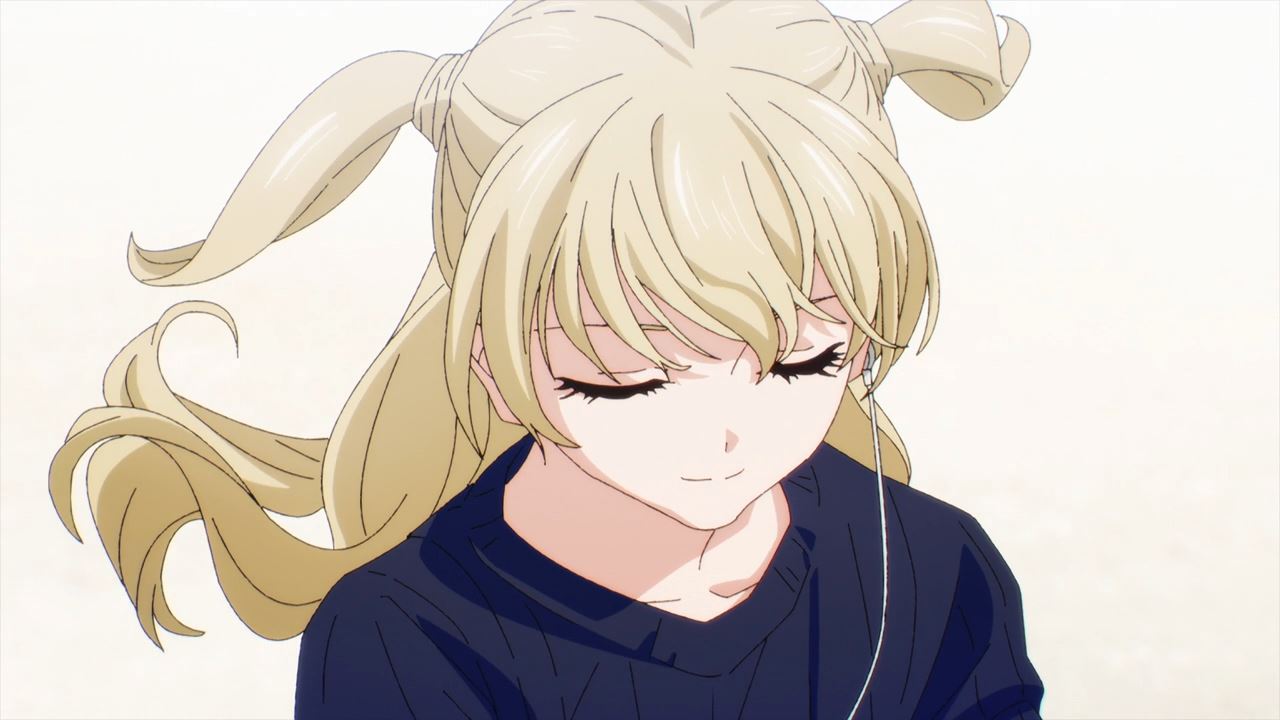 One last thing, looks like Erika Kizaki is starting to get the hang of Miki Fukumoto’s music as she managed to mastered one of her songs. Let’s hope that her efforts will pay off. 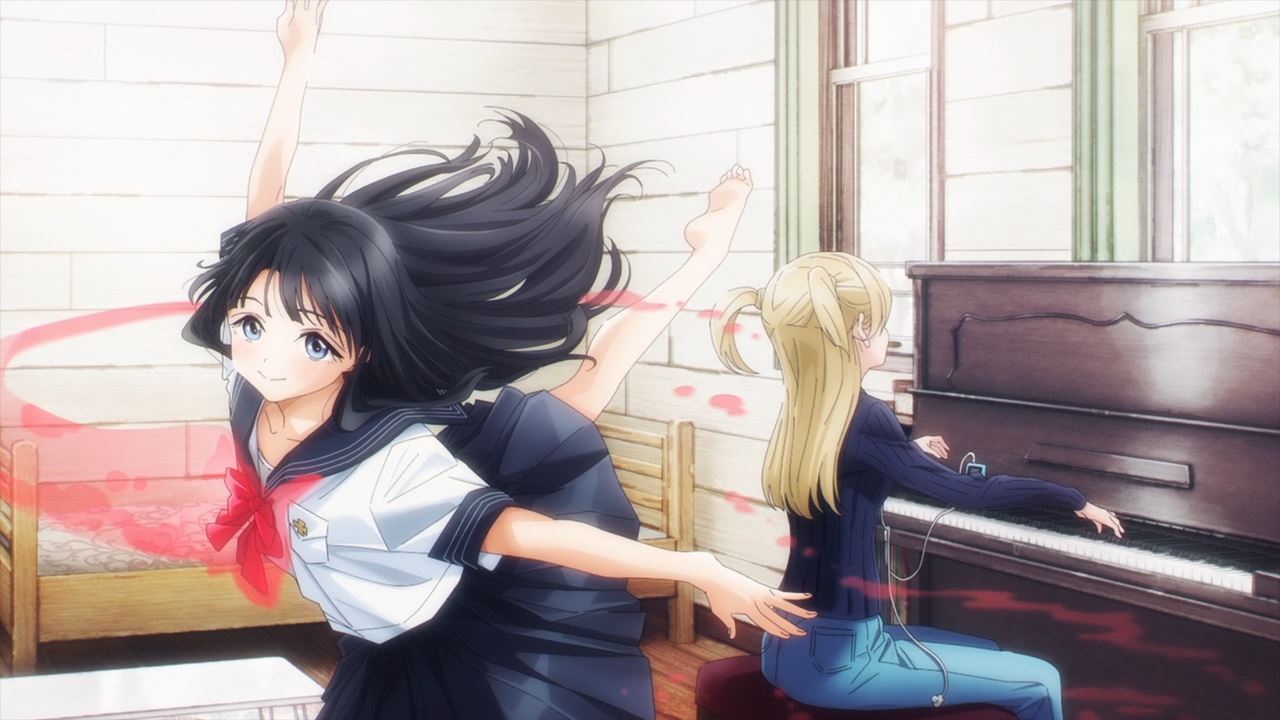 Heck, you can imagine where Komichi Akebi dance to the beat of Miki Fukumoto’s music which is played by Erika Kizaki. Best of luck for these two girls!

Well then, looks like I’m really excited for the finale of Akebi-chan no Sailor-fuku. Let’s hope that Roubai Academy will have an amazing sports festival.