In the Land of Leadale Episode #12 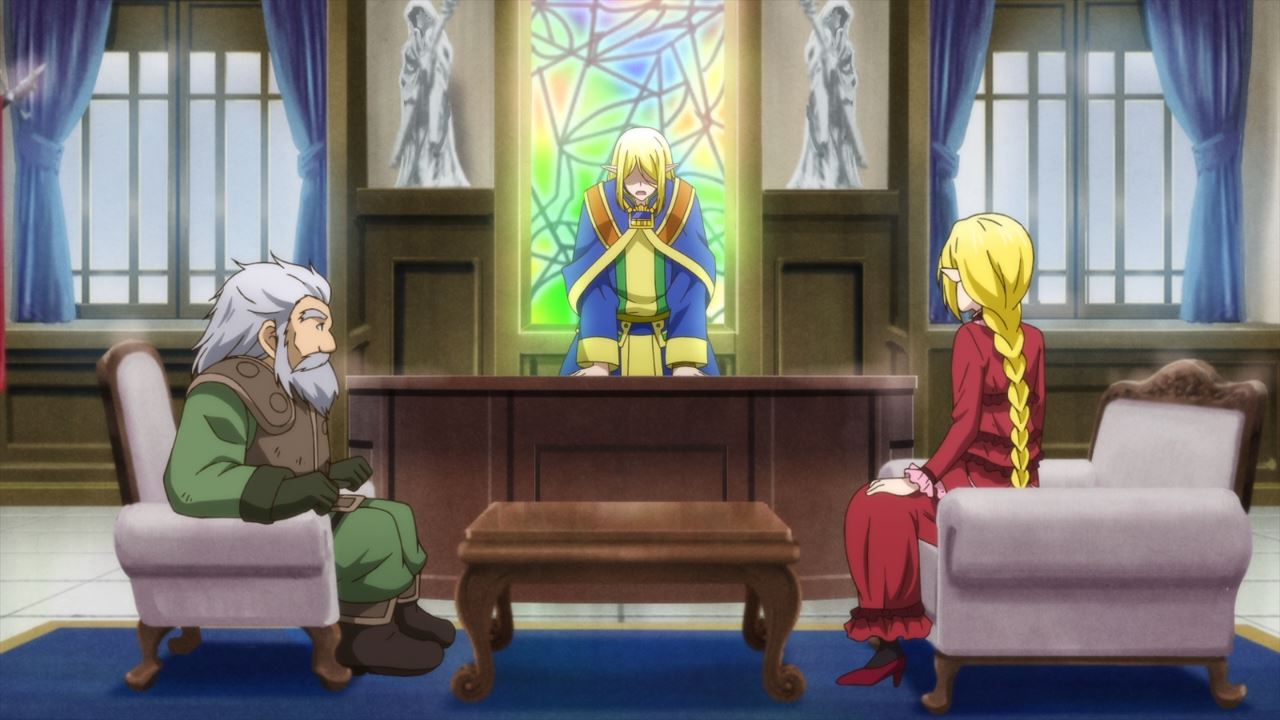 Oh boy, looks like Skargo plans to build a house next to Cayna as he wants to see his Mother Dearest 24/7. Of course, I wish Mai-Mai and Kartatz should stop their crazy brother ’cause he’s a high priest where he needs to be responsible in various things.

By the way, remember Opuskettenshultheimer Crosstettbomber? Well, Opus won’t be having his formal appearance on this final episode, so maybe his appearance will be saved for a future season. *wink wink* 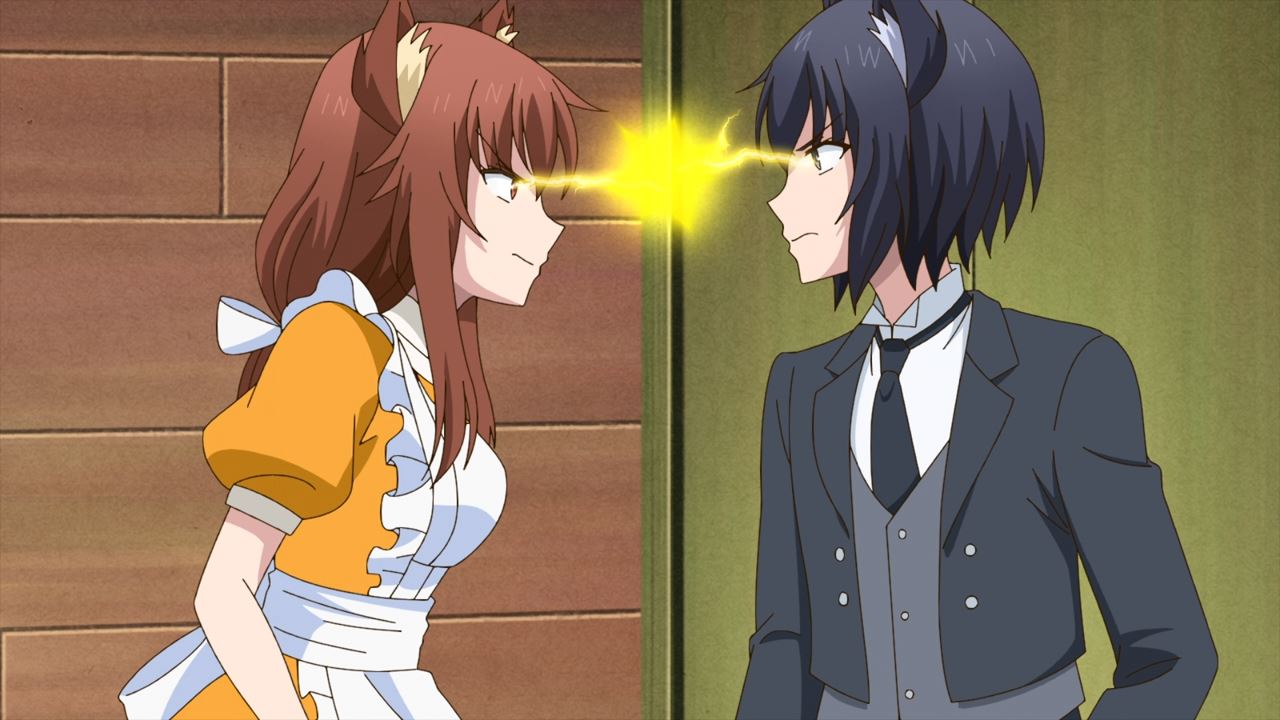 But let’s begin the finale where both Roxine and Roxilius are still arguing on who’s the better servant, while blaming each other for not protecting Cayna from getting drunk. 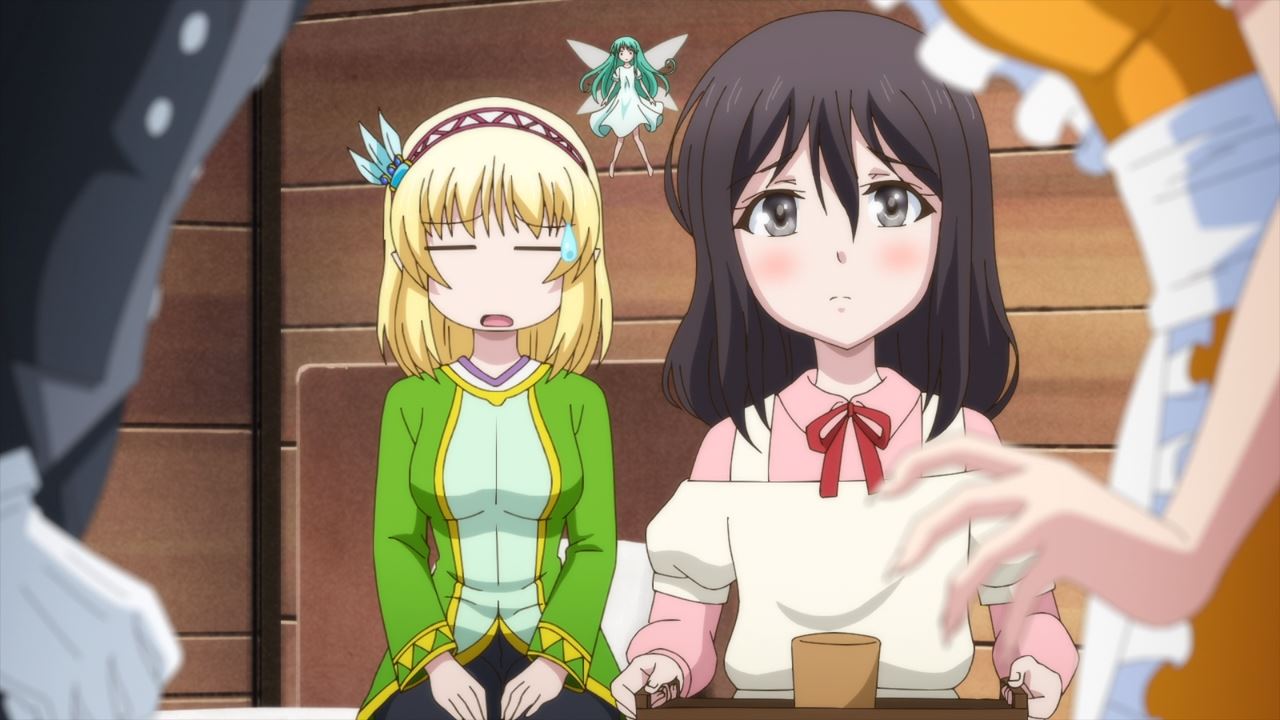 Of course, Luka doesn’t want both of them fighting all the time as she tries to convince both servants to cooperate.

But you know what, I think both Roxine and Roxilius need another bonk to the head by Cayna if they continue to quarrel like spoiled brats. 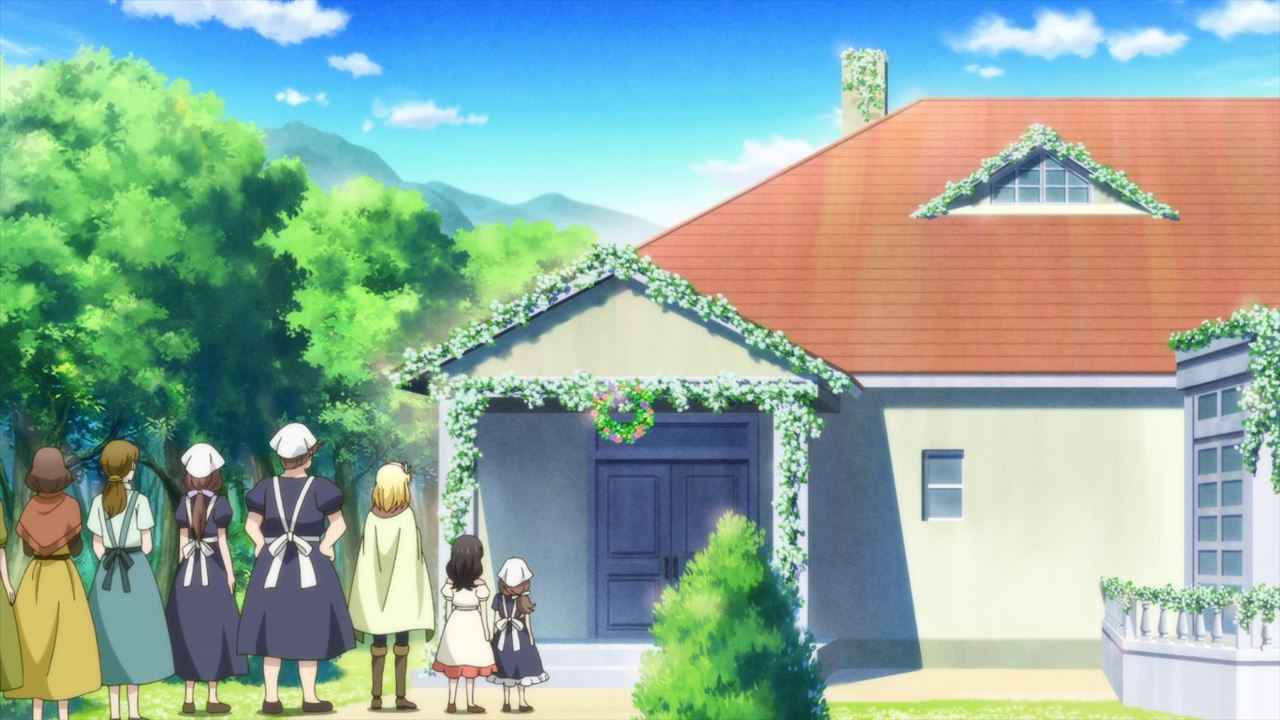 Now then, looks like Cayna’s house is finally finished in just a few minutes. C’mon, never underestimate the power of the Silver Ring Witch.

Oh yeah, Marelle and the rest of the villagers decorated Cayna’s house with flowers as part of their tradition. I mean, it brings good fortune for many years to comes. 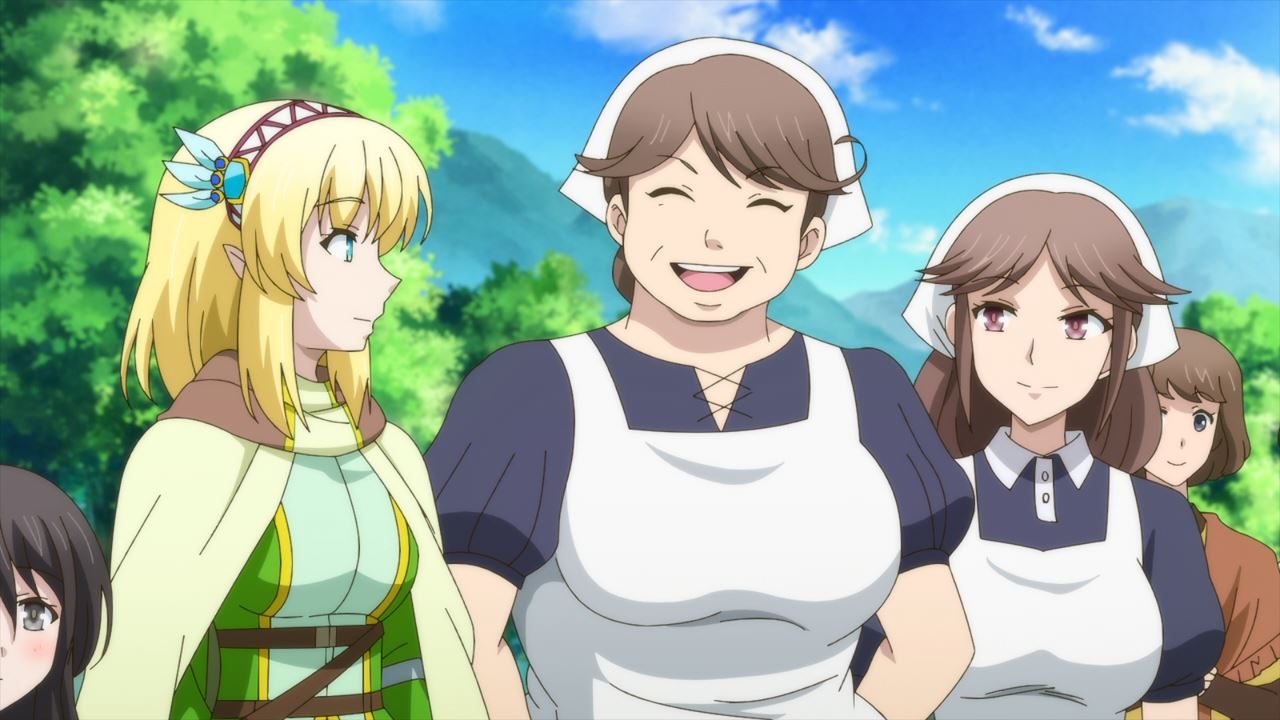 And speaking of Marelle, looks like she wants to hold another party, meaning that she’ll prepare of barrel of booze for Cayna. Um Marelle, Cayna can’t hold her liquor y’know!

By the way, here’s Mimily where she decided not to return to her homeland as she has some bad memories, like her fellow mermaids spouting mean things behind her back. That’s really cruel!

Of course, if Mimily changes her mind rather than staying at the village permanently, Cayna will help her.

Still, it’s sucks that Cayna won’t get to see Mimily’s homeland as the high elf mage might fix the problem, although she might blow it up if Cayna loses her temper. 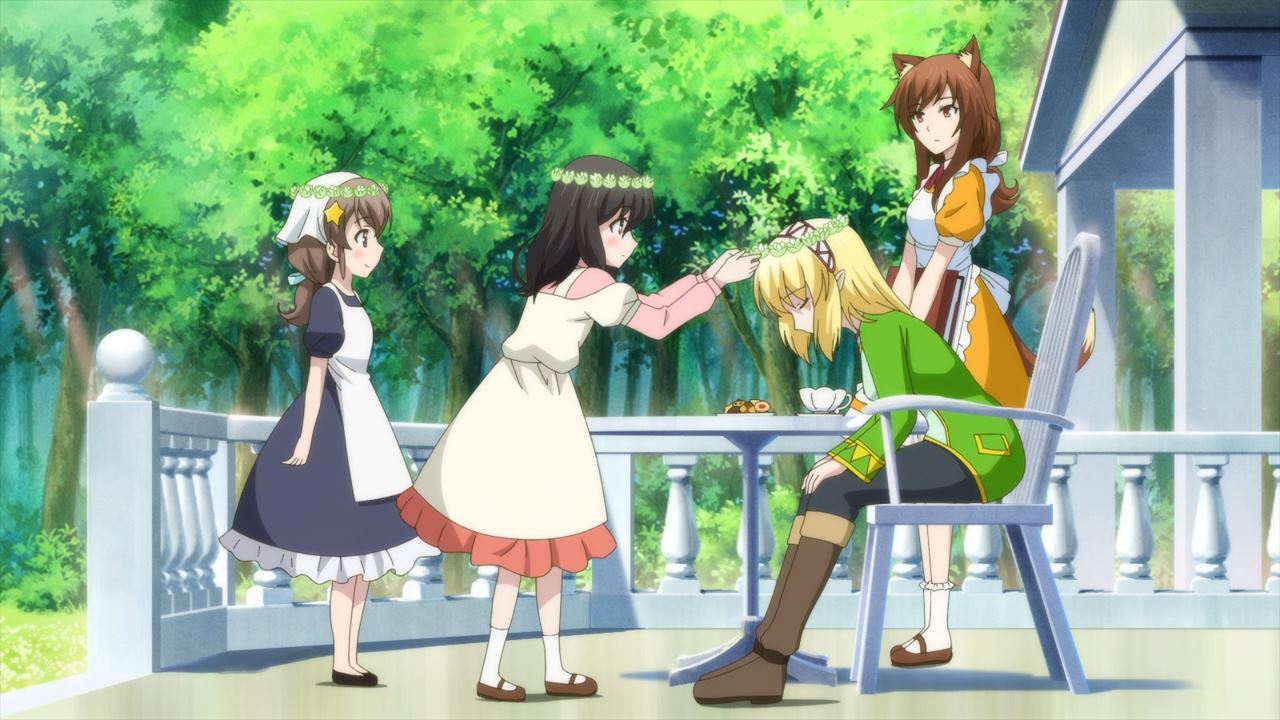 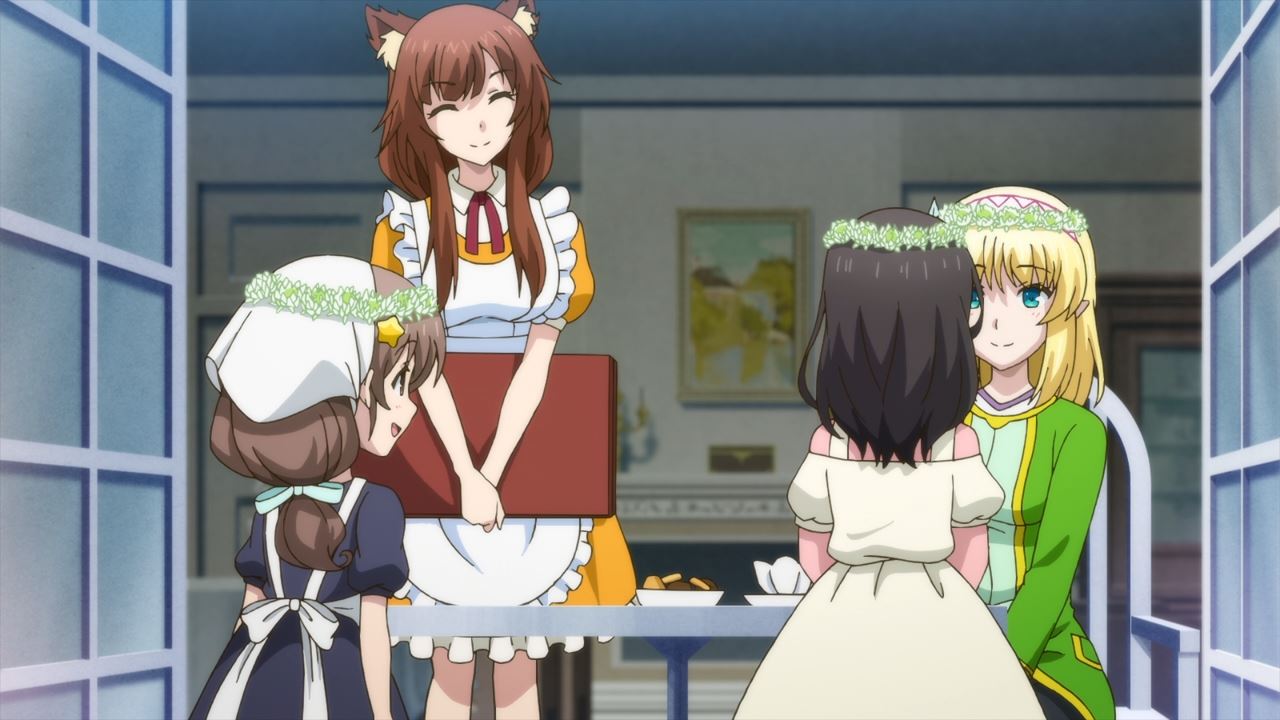 One last thing, it appears that Luka gave Cayna a flower crown as I’m really thrilled that she finally accepted Cayna as her mother. What a way to end this series, but we’re not done yet! 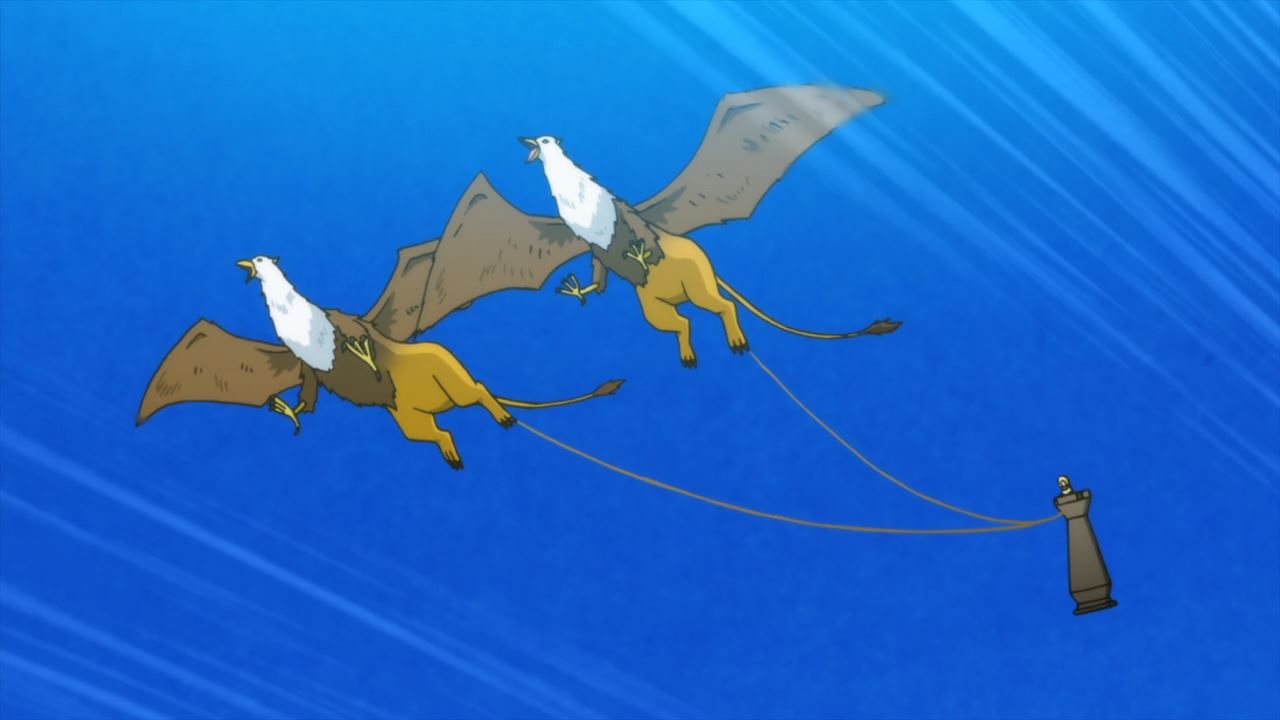 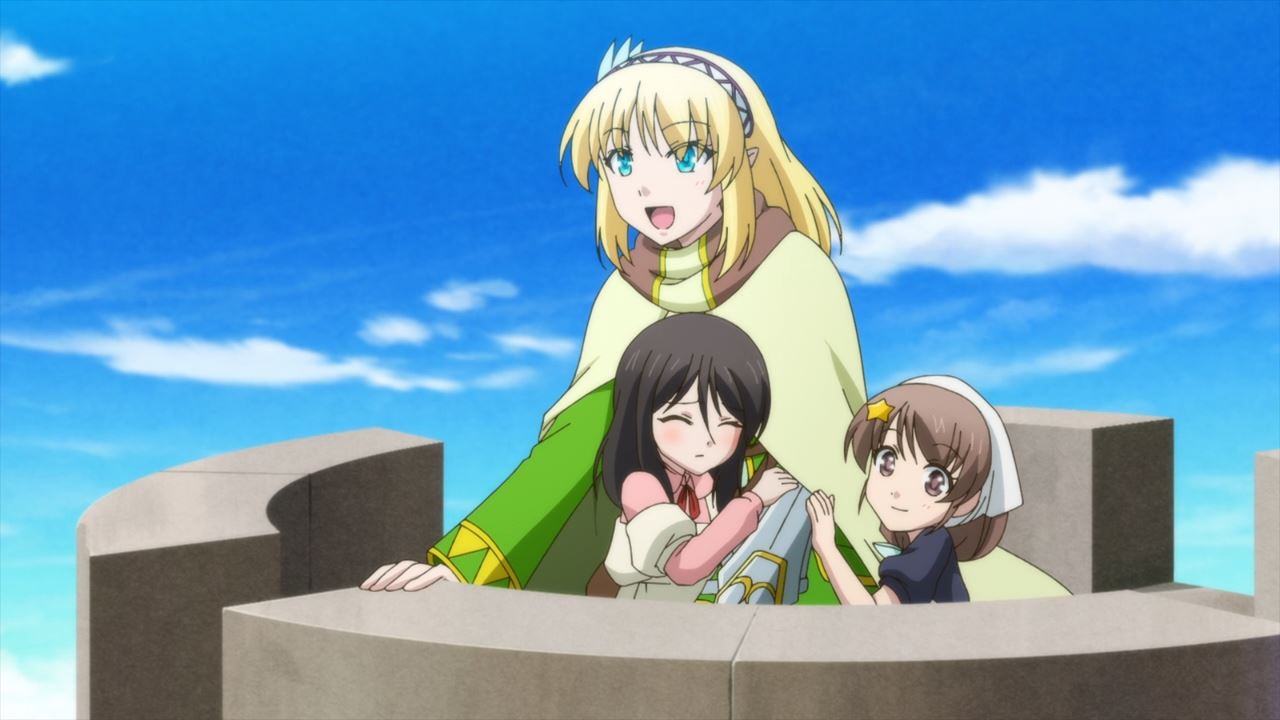 In fact, Cayna took Luka and Lytt to the skies thanks to her magic. And that my friends is the conclusion of this wonderful slice-of-life/isekai anime series.

Honestly, I really like Cayna’s personality where she’s not only strong, but also has that spunky attitude whenever she tries to solve every situation with her powerful magic. Also, it’s kinda funny that despite having a rough life, Cayna enjoyed much of her time exploring Leadale and meeting various people. It’s sucks that Cayna didn’t get to meet Opus in the end.

With that said, I’m pretty much enjoyed watching In the Land of Leadale as you have the main character enjoying her slow life while taking out baddies along the way. While I wish Kadokawa would make another season of this show, they’re busy with other light novel properties.