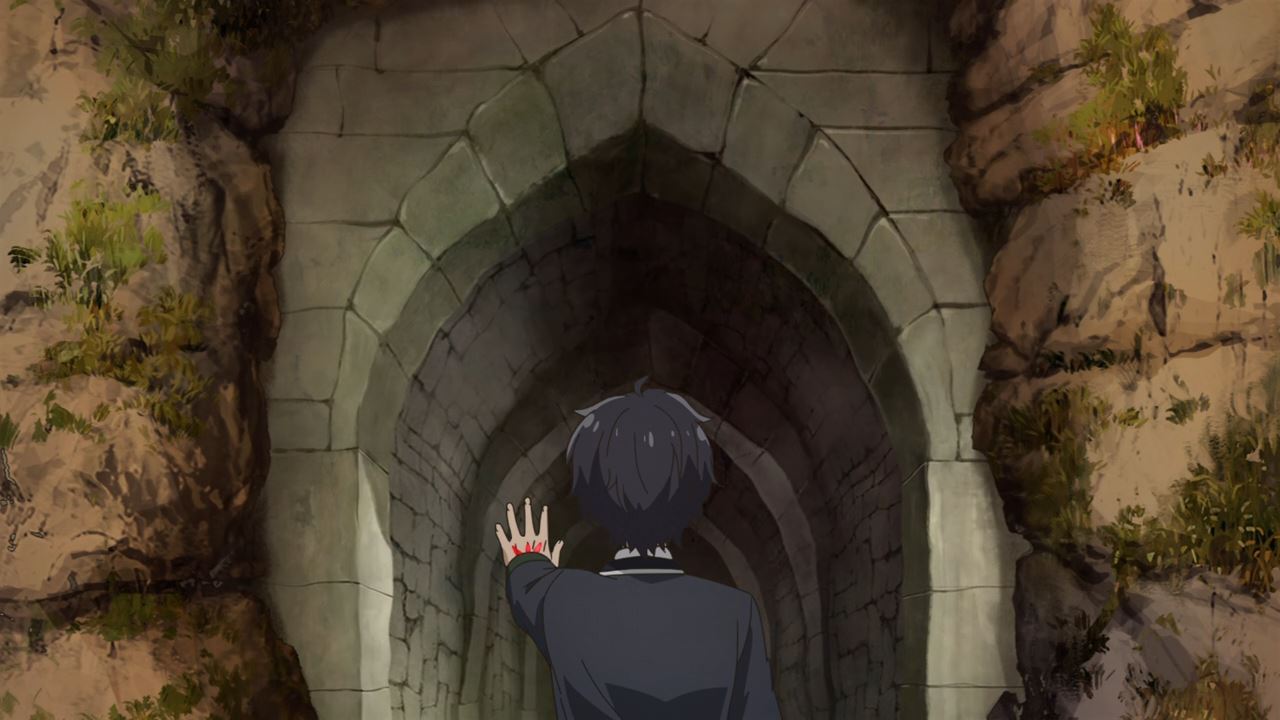 Well everyone, we’re down to the final stretch of this amazing anime show. Just kidding, it’s terrible because the final boss is about to arrive soon and finish the job.

But for now, Mathias Hildesheimer and his friends will infiltrate Folkia via the backdoor method. If they went to the front, some demons might escape. 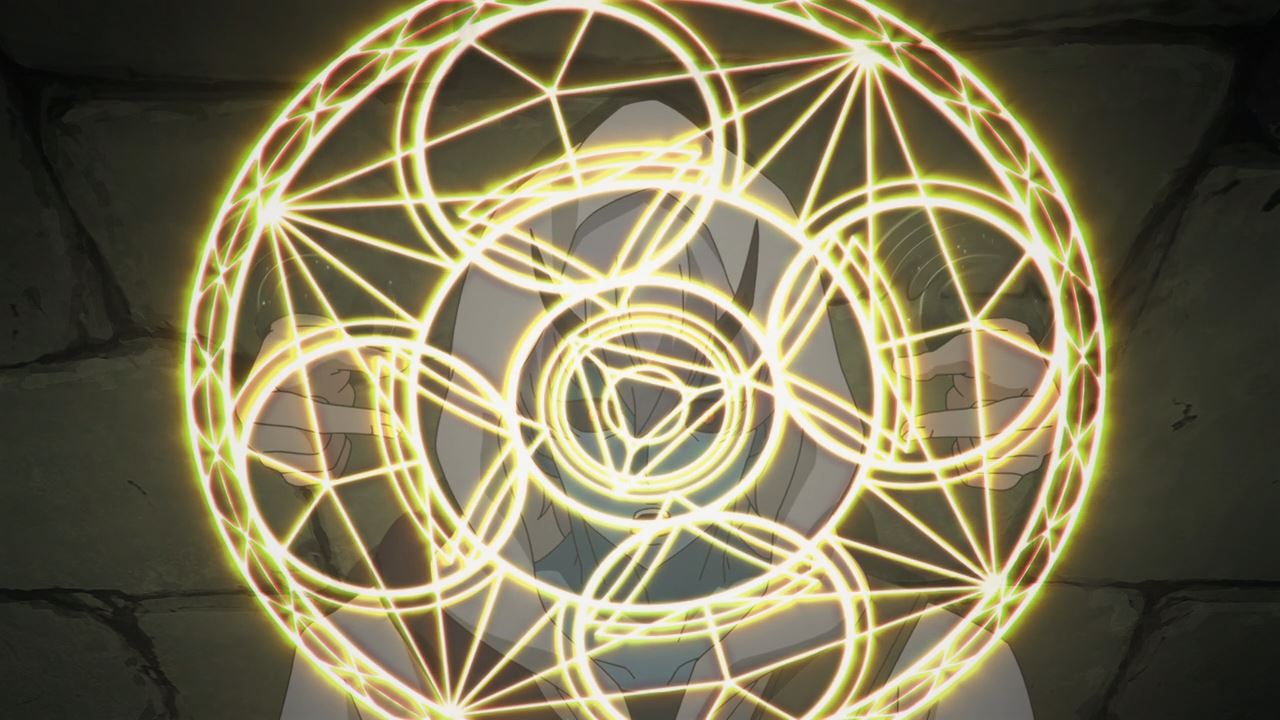 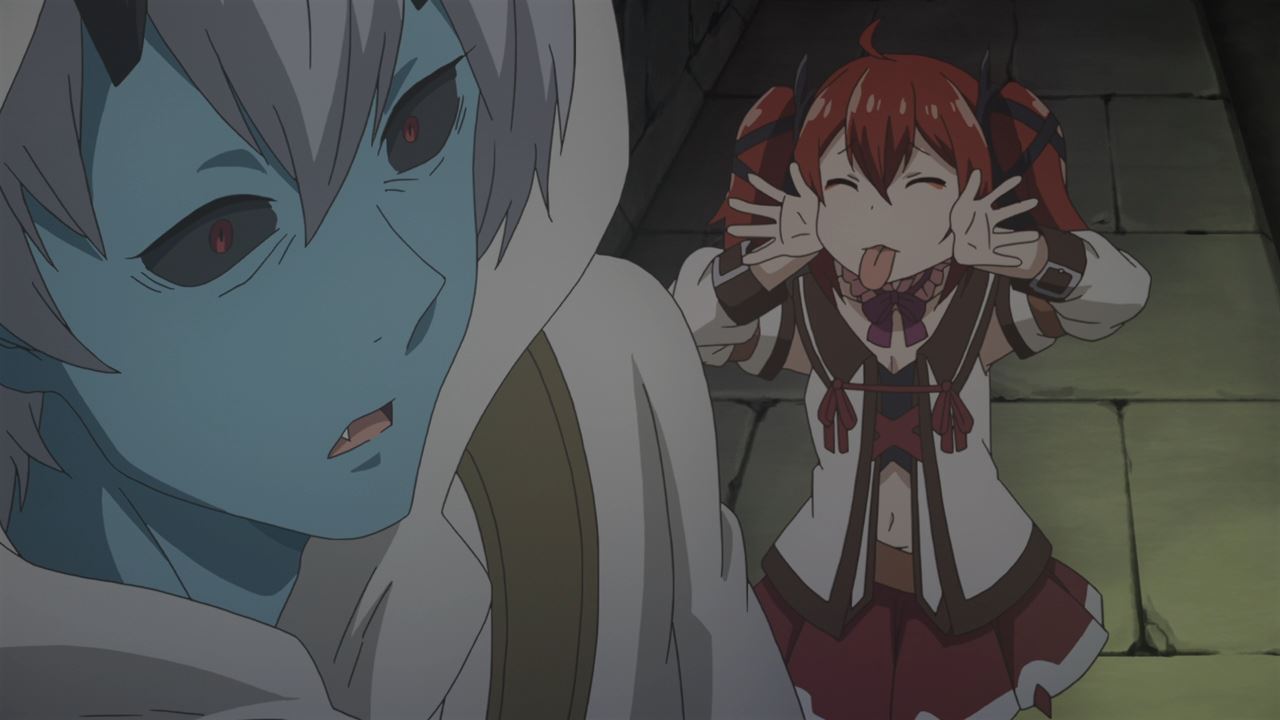 Also, they need to trick the demons or should I say demi-demons by making them stupid, thus Matty and the rest will just go inside without being detected.

Heck, even this demi-demon couldn’t noticed Iris blowing a raspberry on him. Smart plan there! 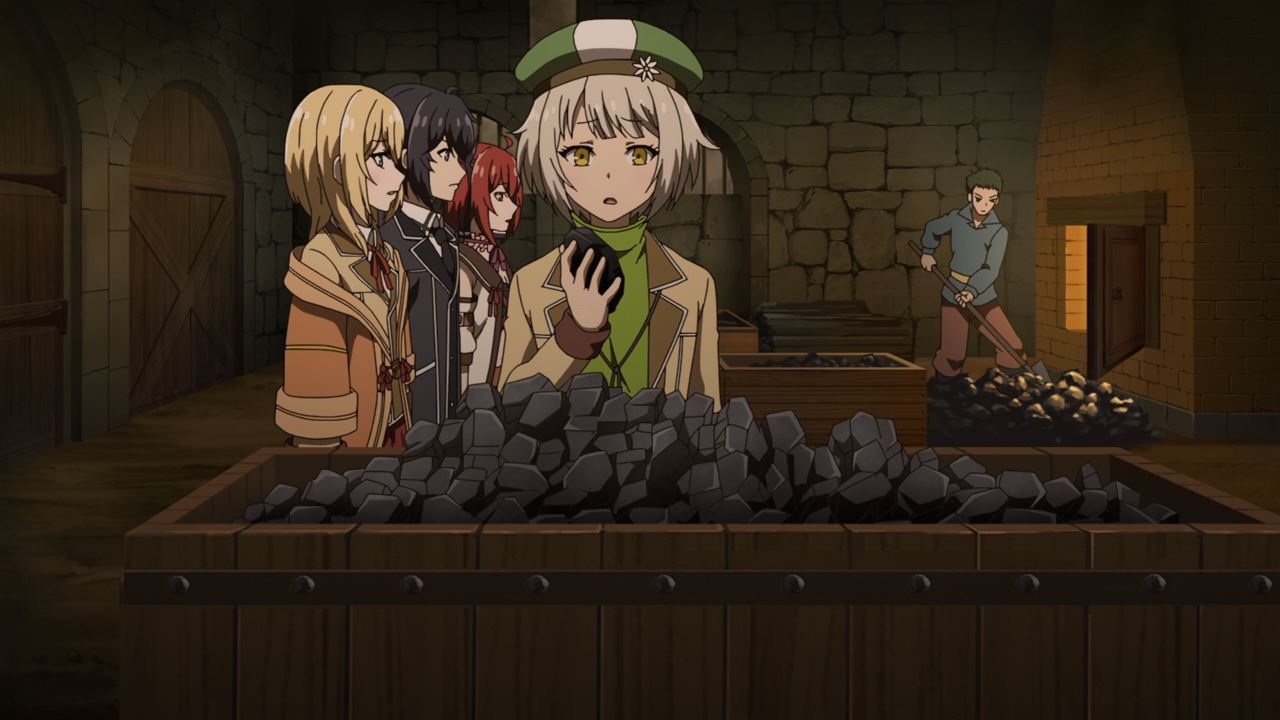 Anyways, they finally went inside Folkia where the townsfolk are under the demons’ influence, as they’re forced to mine magistones where it’ll be used as explosives that will destroy an entire kingdom.

With that said, looks like Matty and the rest will have to destroy the demi-demons and liberate the town of Folkia. 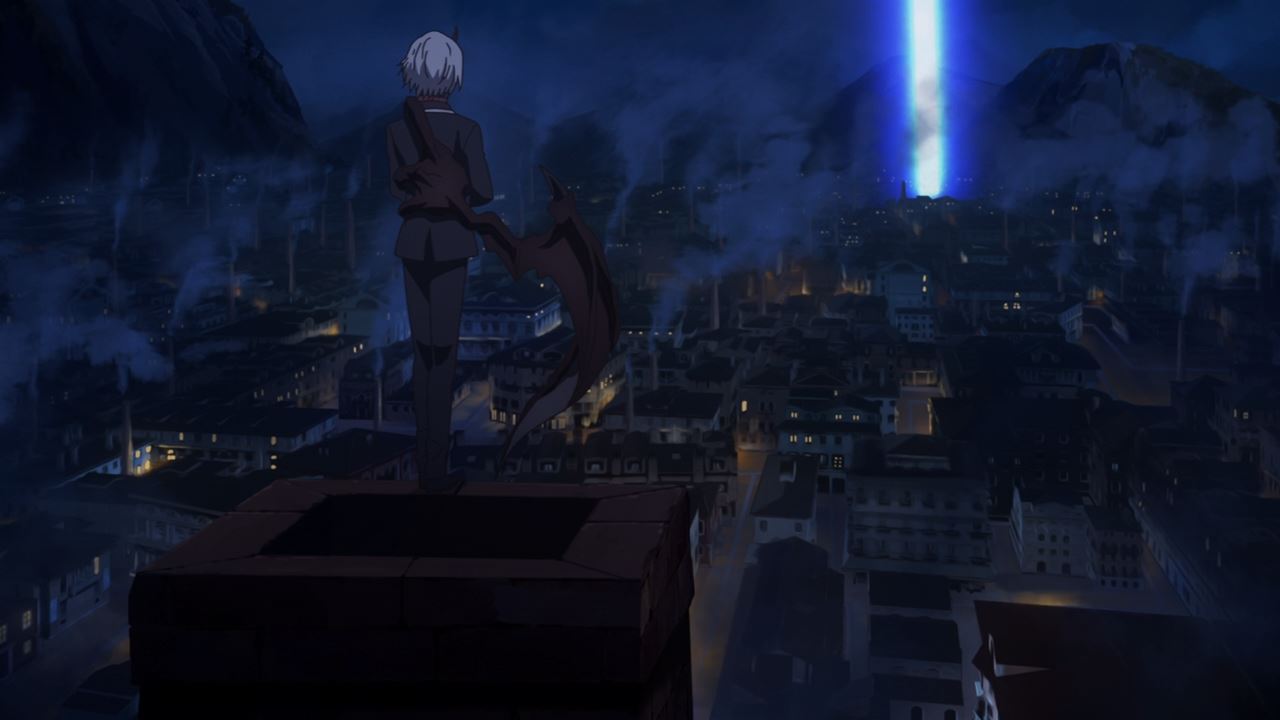 But first, they need to create a distraction in order for the demi-demons to mobilize into that single spot. Oh yeah, I forgot to tell you that Iris will act as the bait. 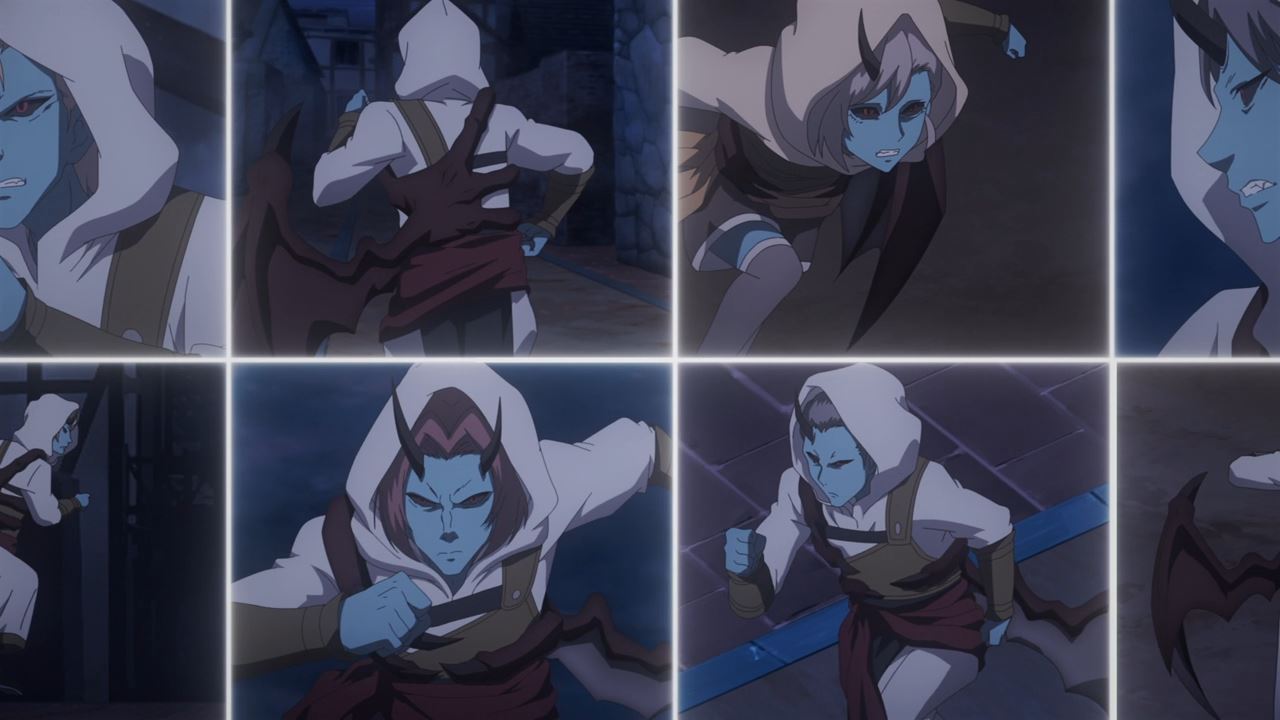 Thanks to Iris, the demi-demons have been mobilized where they home into Iris, although they’re not aware that Mathias Hildesheimer and the rest are targeting them from the shadows. 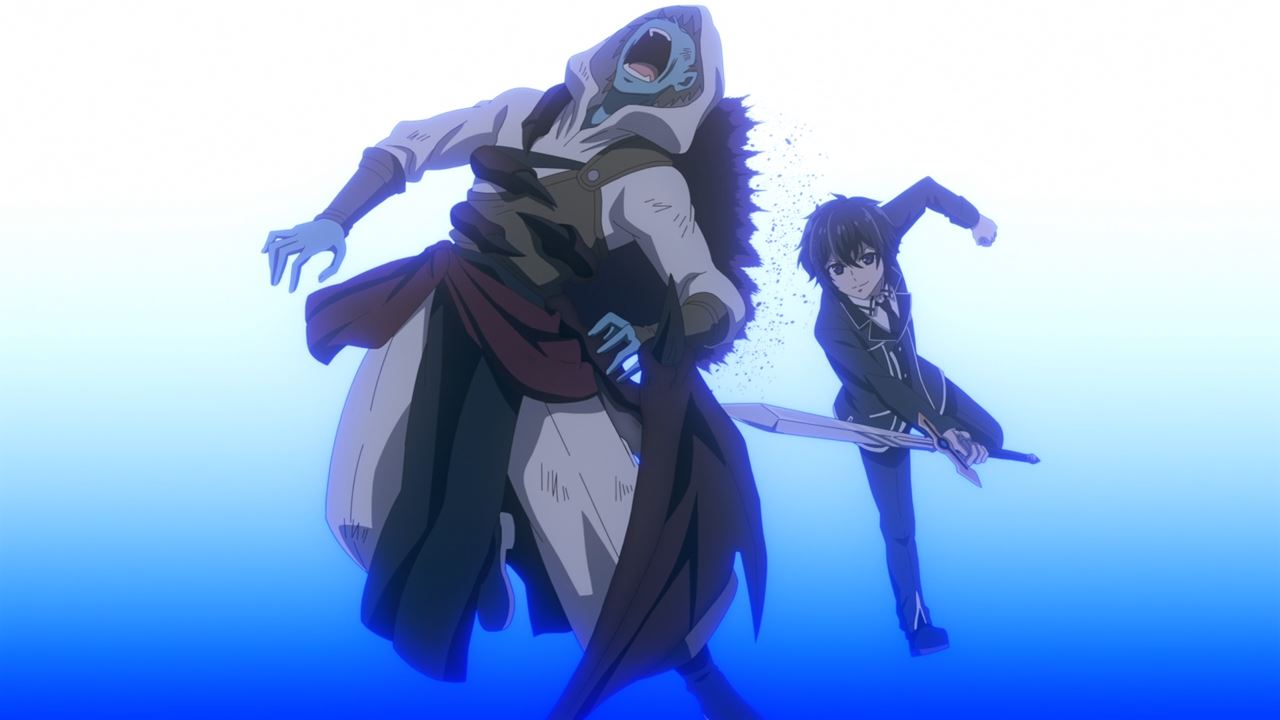 Not surprising, the demi-demons doesn’t stand a chance as Matty, Lurie, and Alma slaughtered them all. But wait, what about the leader? 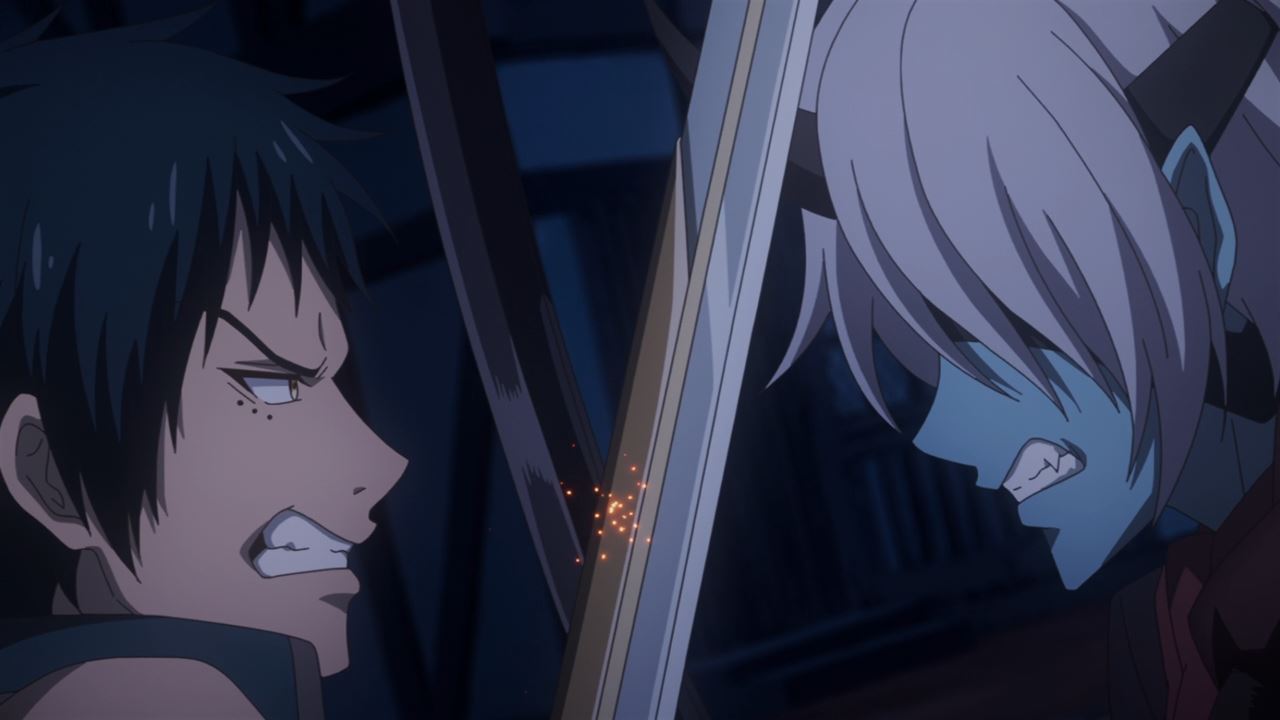 Oh, looks like Giluas went to Folkia as he’s itching for a fight against a demi-demon.

While the demi-demon leader is quite strong, let’s not forget that Giluas is an S-Rank adventurer who can take on powerful enemies on his own. 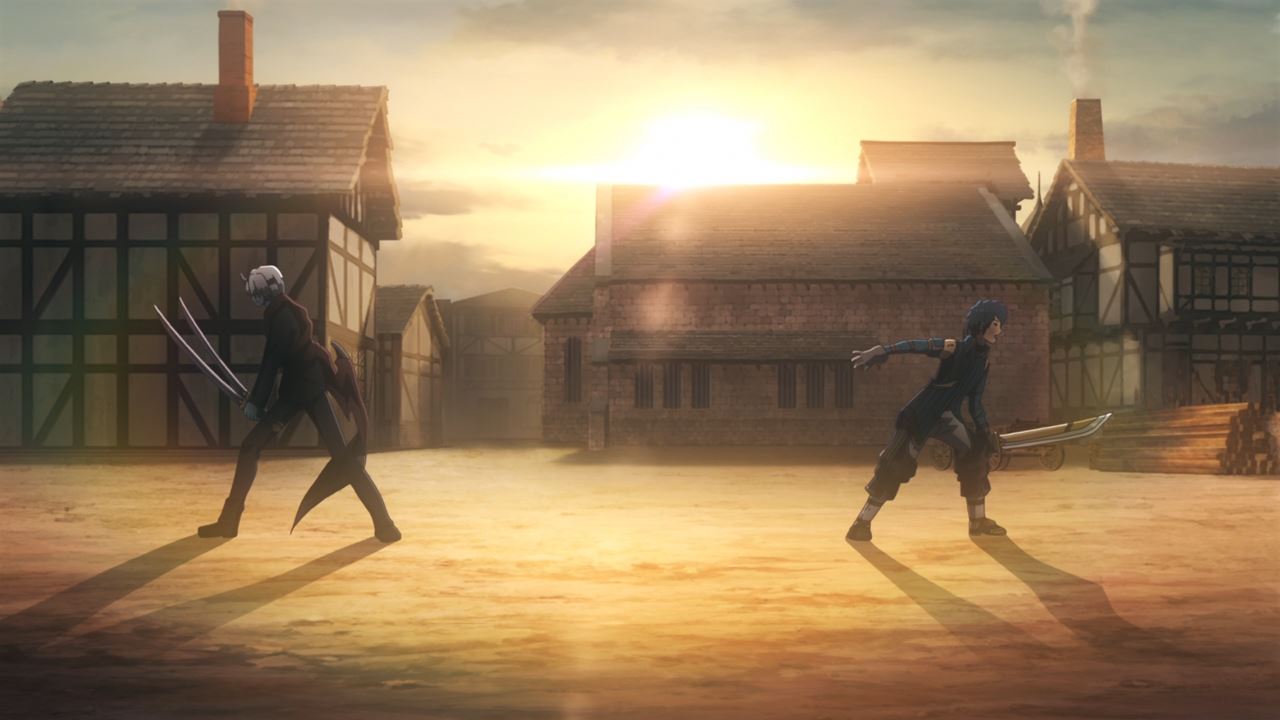 Of course, their battle took a bit long to finish as both Giluas and the demi-demon leader made their final strike at the break of dawn. 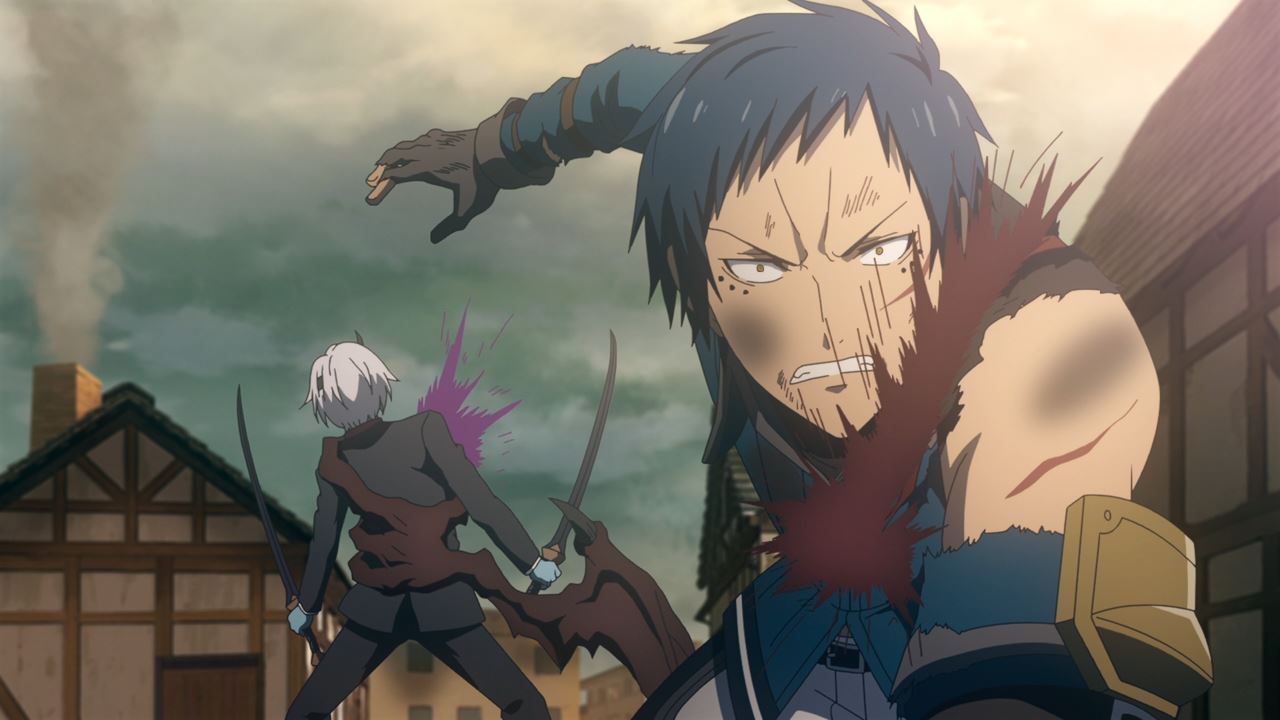 But anyways, Giluas have successfully slayed the leader of all demi-demons, although he barely made it as the demi-demon dealt lots of damage towards the adventurer. 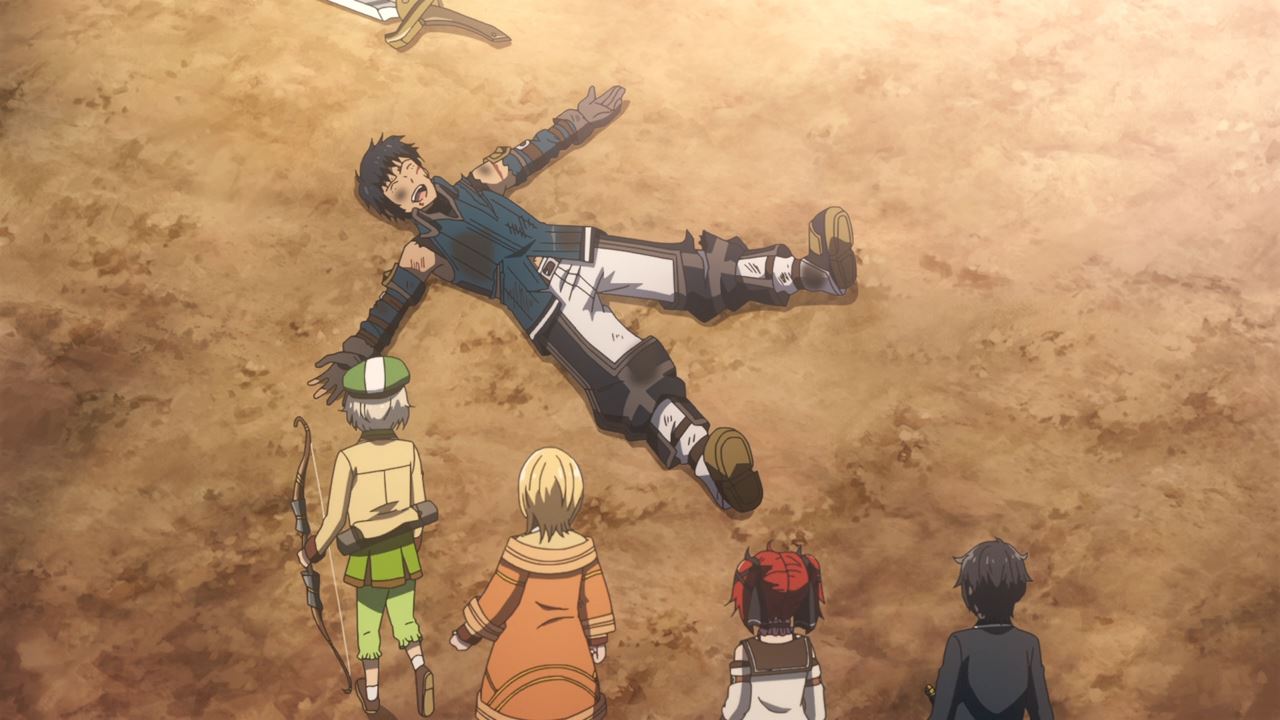 With that said, I’m glad that Giluas is alive as Mathias and the rest are here to help him get up from his feet. Then again, I have a feeling that the demi-demon leader is still alive. 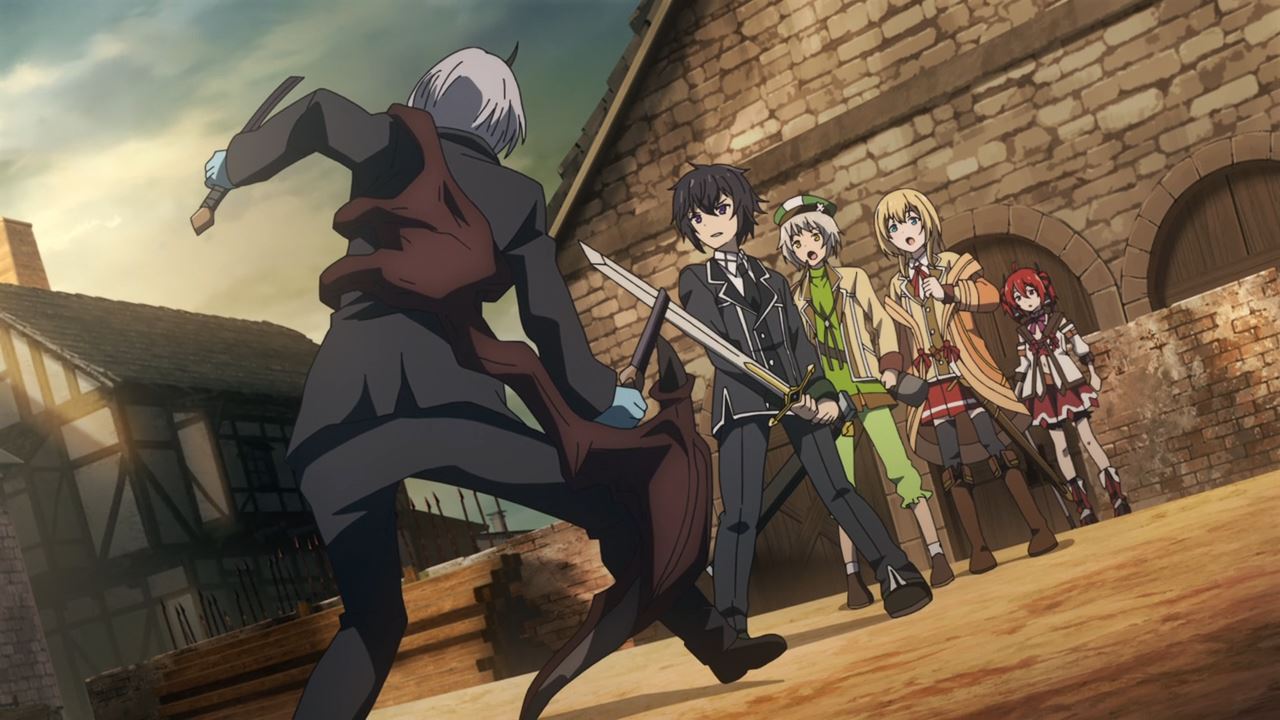 And here’s the demi-demon leader where he attacked Mathias Hildesheimer, although it won’t be long because the mysterious demon is just controlling the demi-demon’s body, telling Matty that he’ll return to finish the job. 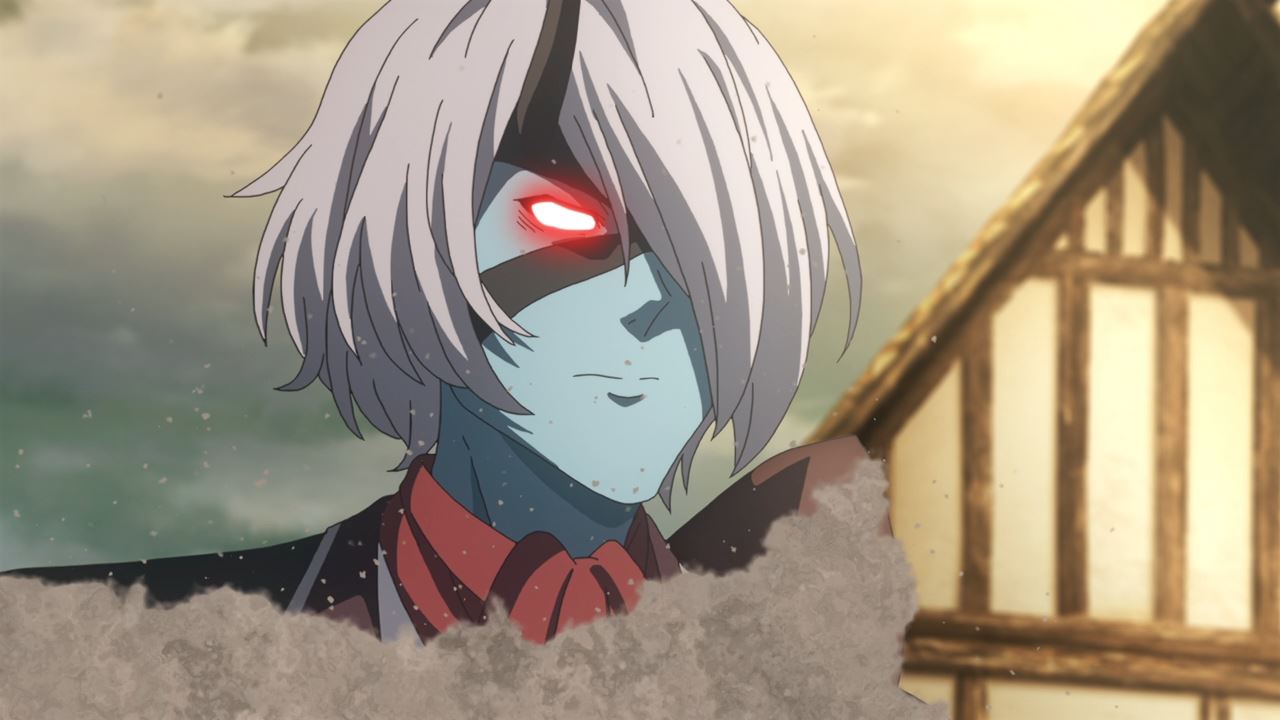 But yes, looks like the demon lord is done delivering his final message to Mathias as he let the demi-demon’s body turn into dust. 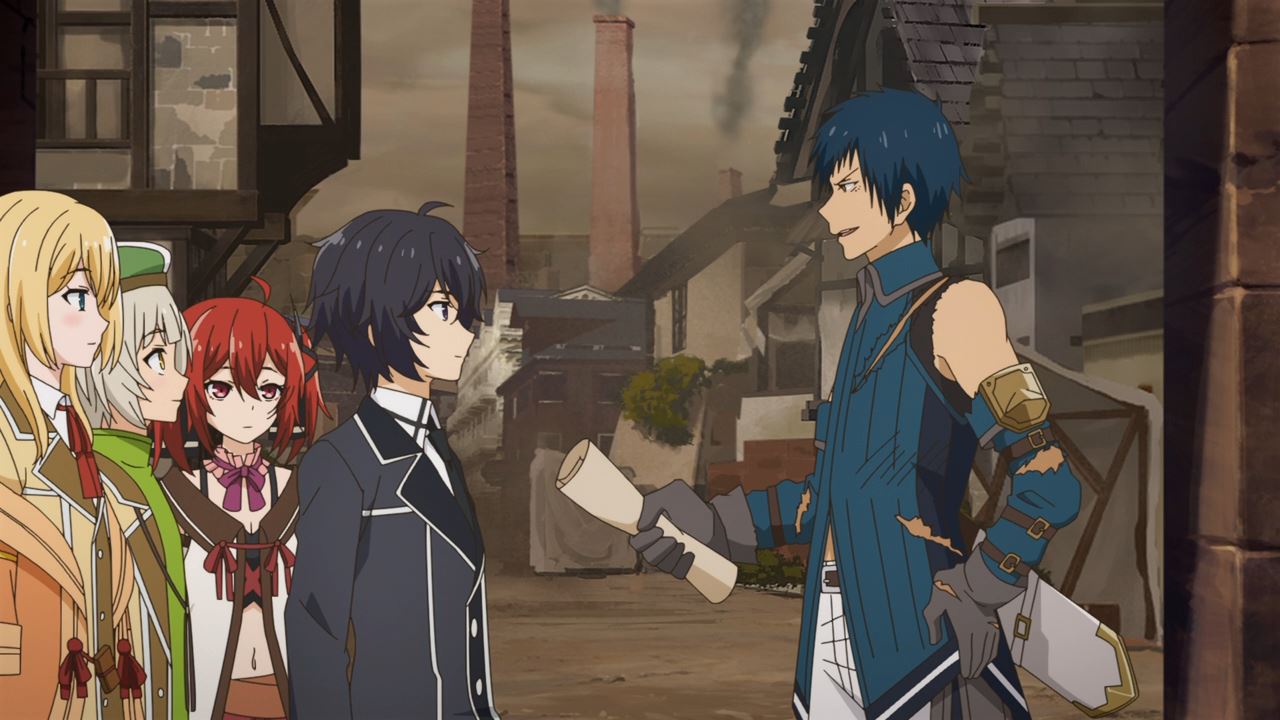 For now, the town of Folkia will be under Giluas’ control until he found someone who can become a mayor of this town.

But hey, at least Matty and his friends can enter Folkia freely as Giluas gave them a permit. Now that they’re done liberating the town, it’s time to visit one of the ruins. 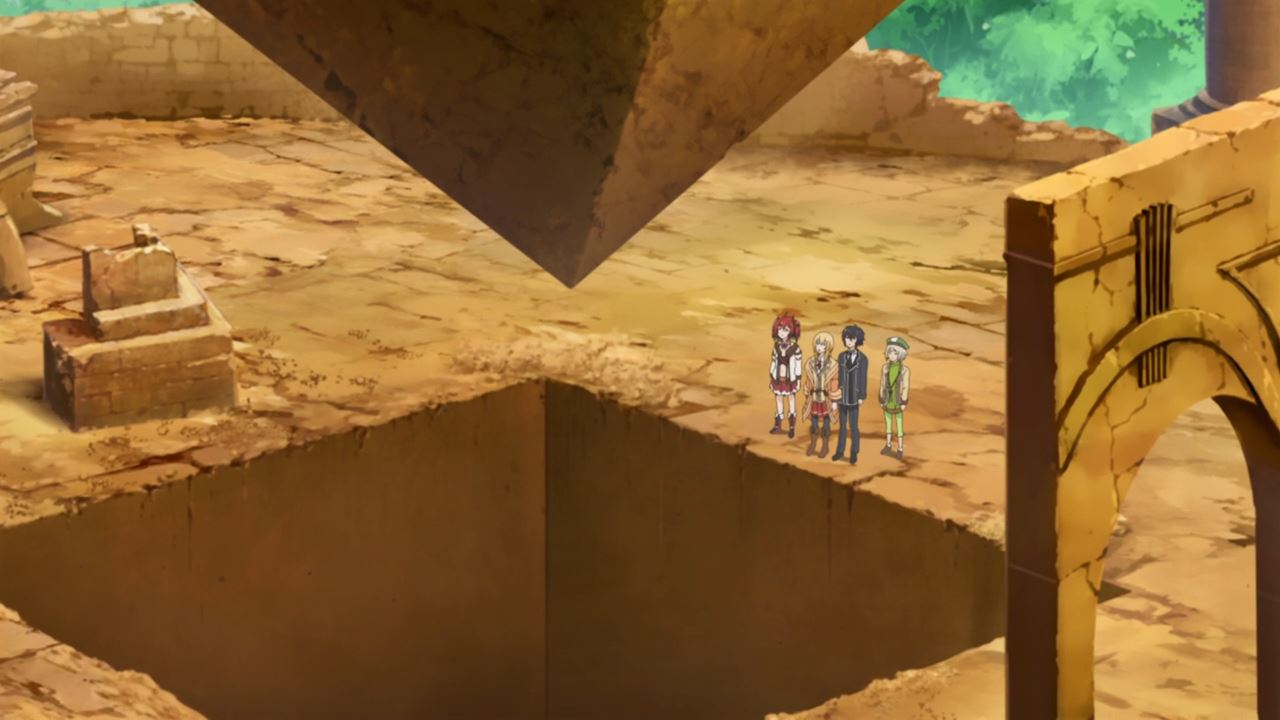 And yes, Matty or should I say Gaius built this place where the strongest sage created various weapons and items during his time.

By the way, they need to jump all the way inside the ruins. Let’s hope that they won’t break their legs in the process. 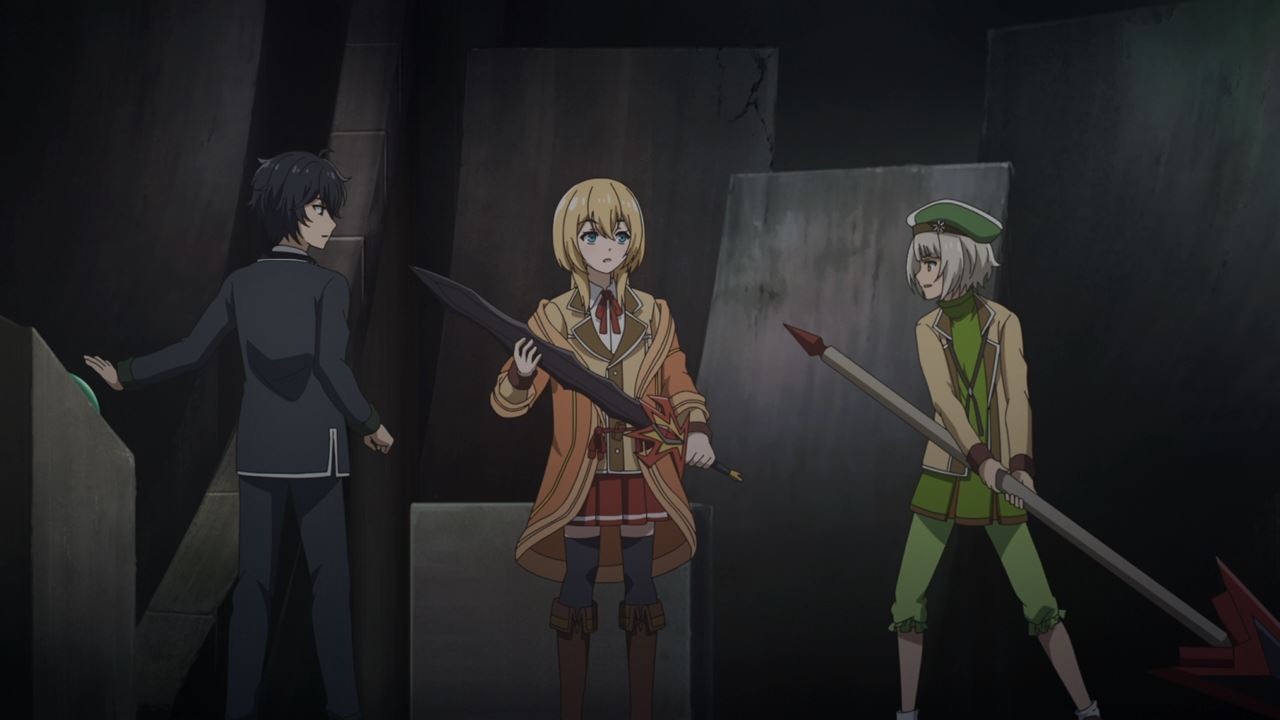 But when they got inside the ruins, there’s nothing valuable to be found as most of Gaius’ weapons and equipment are either useless or have cringy names.

Wait a minute, don’t tell me that Gaius is basically a chuunibyou? That can’t be true! 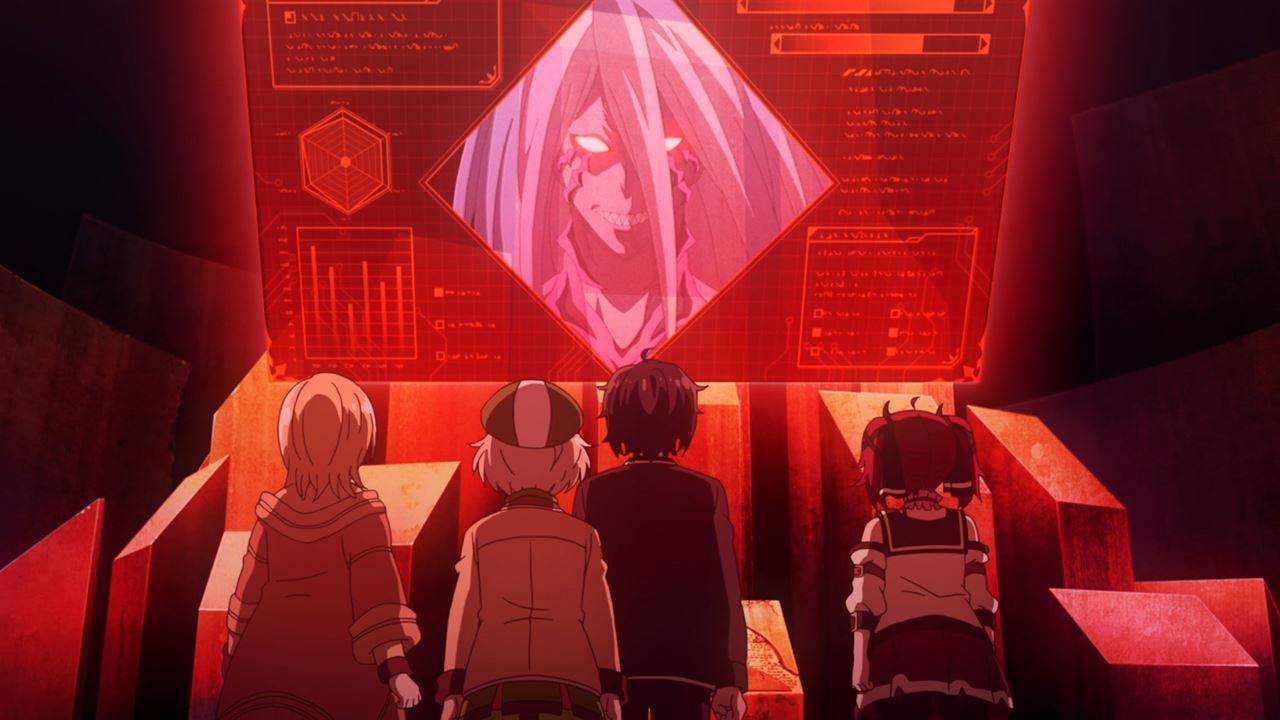 By the way, the reason why Zardias was sealed off is because Gaius and most of his fellow sages couldn’t beat the demon lord back then. Heck, Mathias Hildesheimer admitted that he has no chance of beating Zardius even after attaining the Crest of Combat.

So, the only way to somehow have the edge against the demon lord is to find a magic sword that was forged by Gaius. And here’s the thing, it was stored inside the Kingdom of Eis where Matty missed his chance of getting the sword in the earlier episodes. 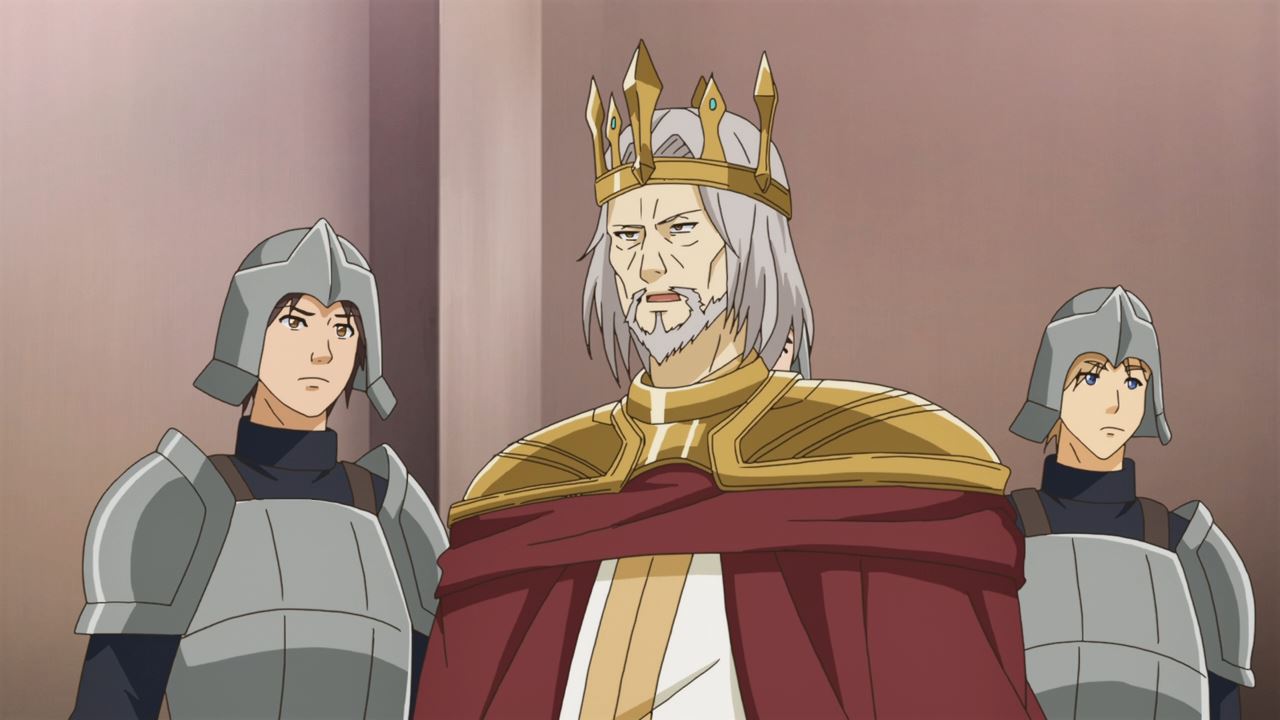 Well then, time is of the essence as Lurie Arvento Roth and Alma Repsius went back to the kingdom to get Gaius’ magic sword.

Oh, and they got permission from the King of Eis as he allowed both girls to enter the treasure vault. 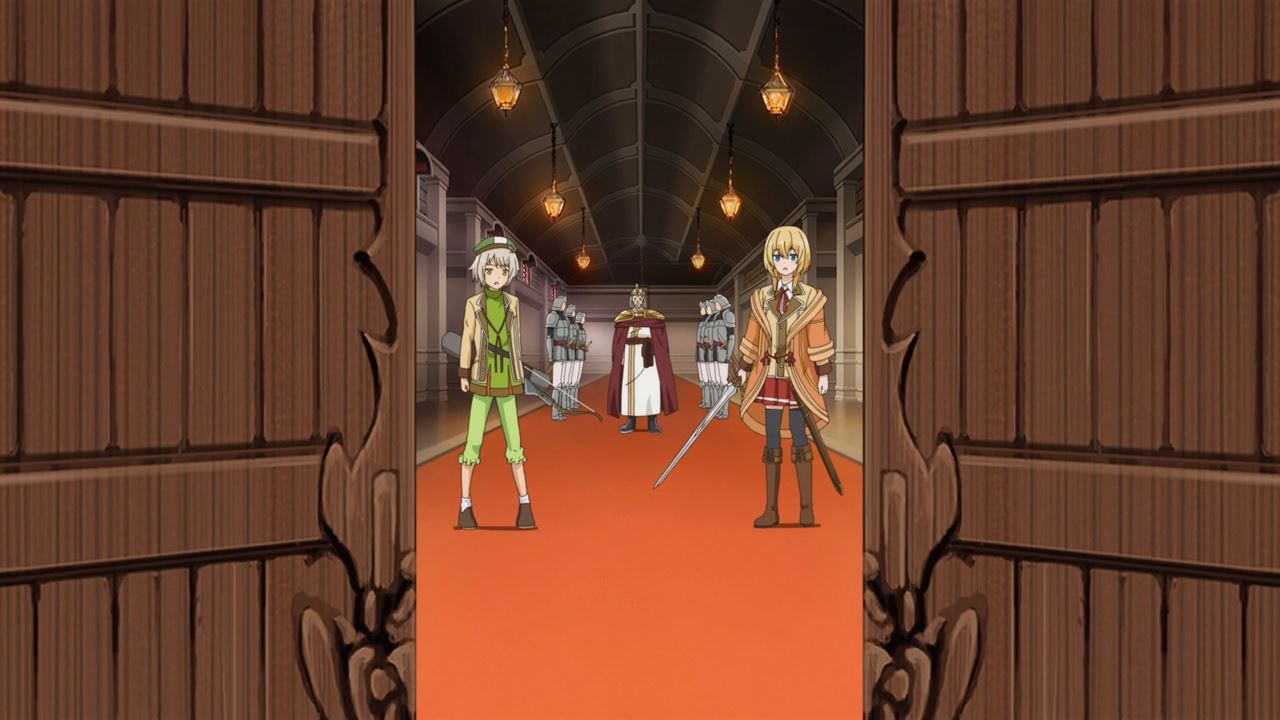 In any case, let’s hope that Lurie and Alma can find the magic sword as soon as possible ’cause the demon lord is fast approaching. 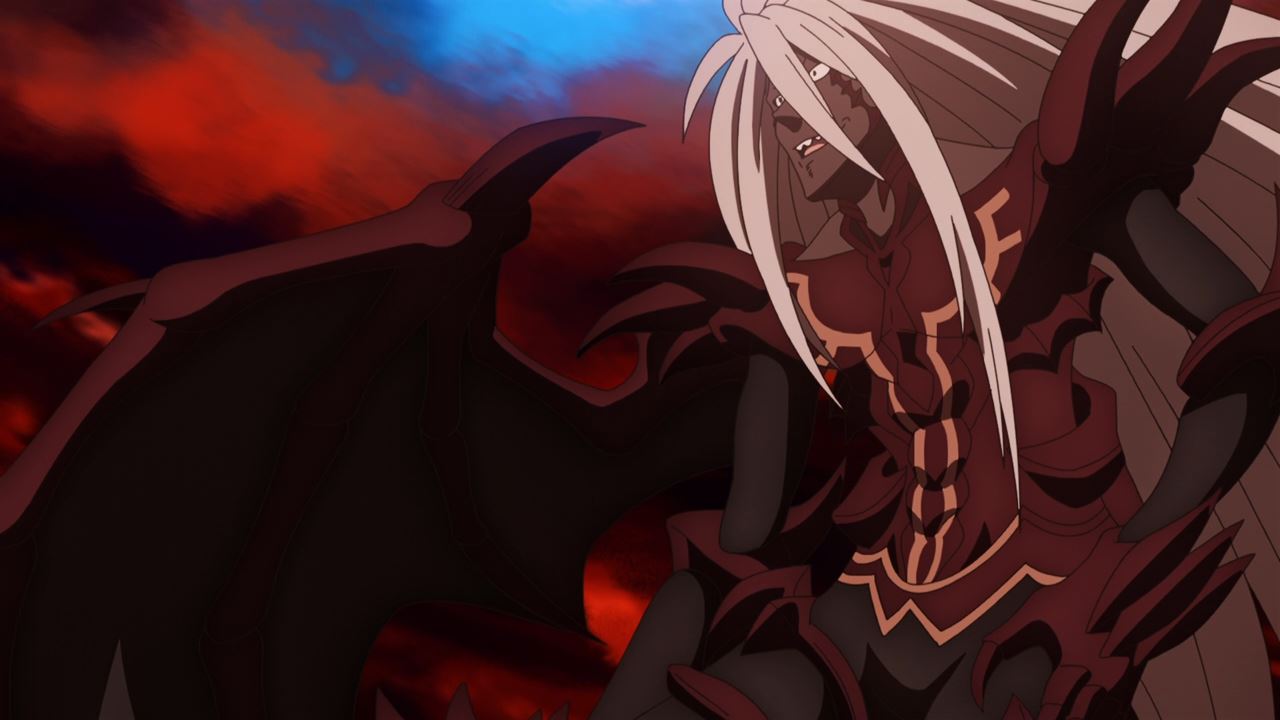 Meanwhile, looks like Takehito Koyasu’s character has finally showed up after a brief teaser in Episode 8, as Zardias is here to finish off what he started: The extinction of the entire human race.

Why would he wanted to kill all humans in the first place? We’ll never know for sure, but let’s not forget that Zardias is possibly the strongest adversary that Mathias faced and he’s not joking around. 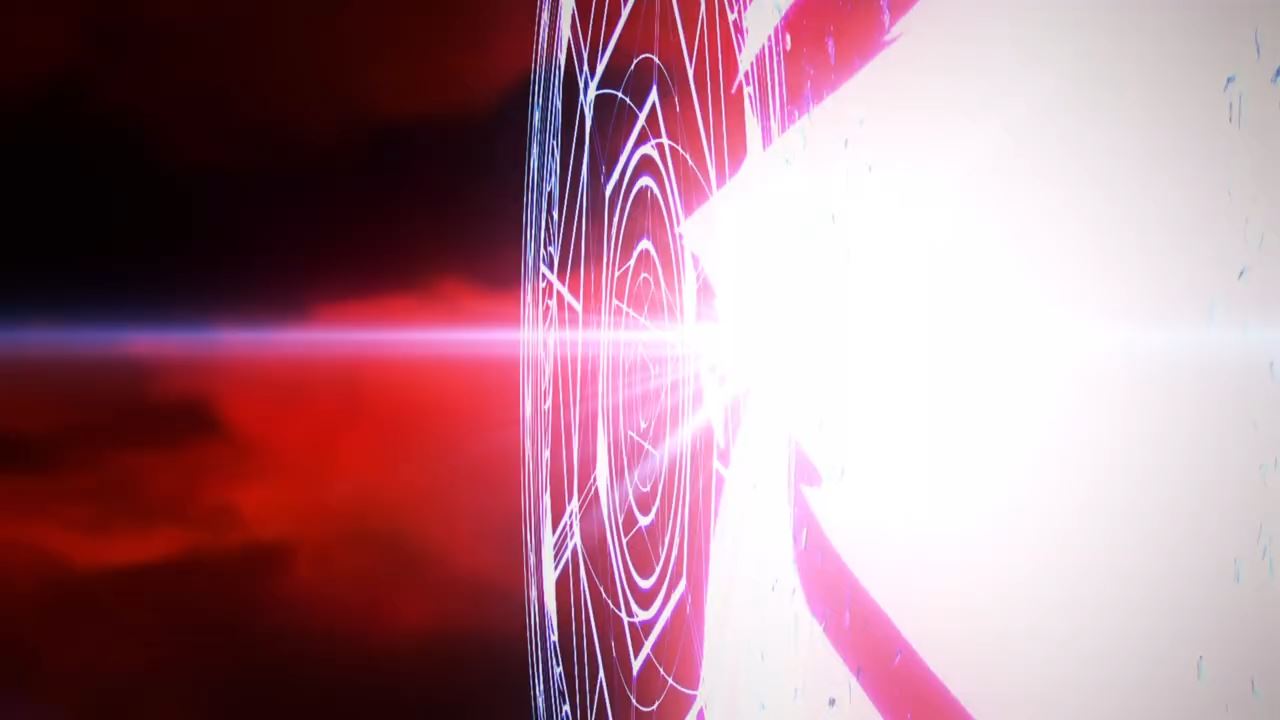 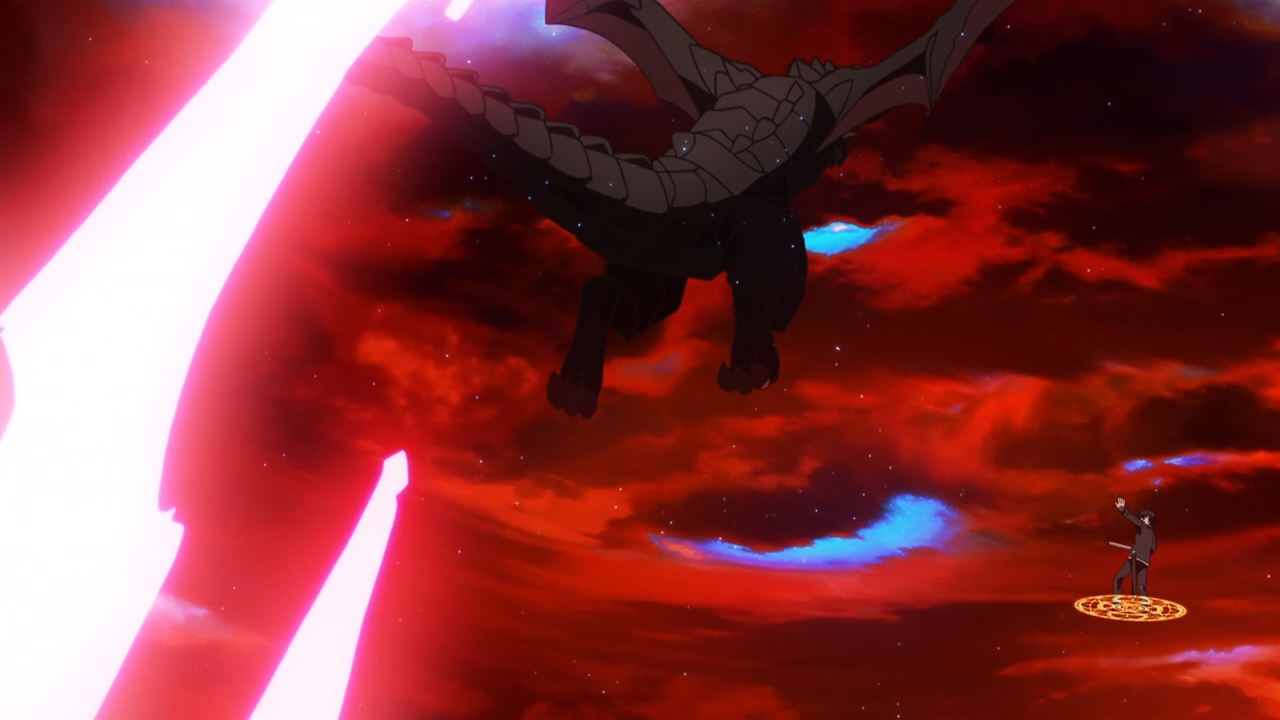 In fact, Zardias almost killed Iris had Matty created lots of barriers to save the black dragon from extinction. But sheesh, Zardias is way more powerful that I thought it’ll be. 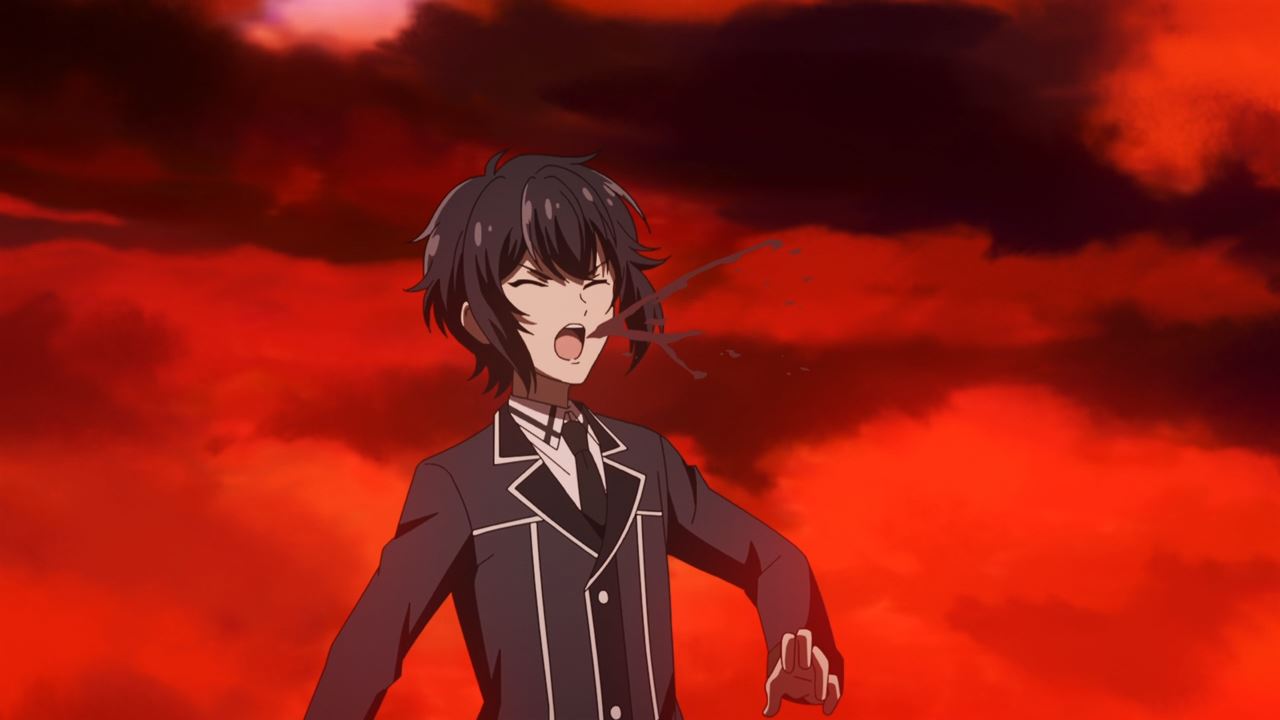 Hell, even Matty got hurt when he got the receiving end from Zardias’ attacks. Well, almost as he’s barely alive.

But anyways, the previous 10 episodes are basically cakewalks for Mathias Hildesheimer. Now, Matty is being pushed back against the wall that he needs a magic sword to inflict some damage against the demon lord.

With that said, I’ll see you next time for the final episode, although I fear that that Matty’s battle against Zardias will end in a stalemate.