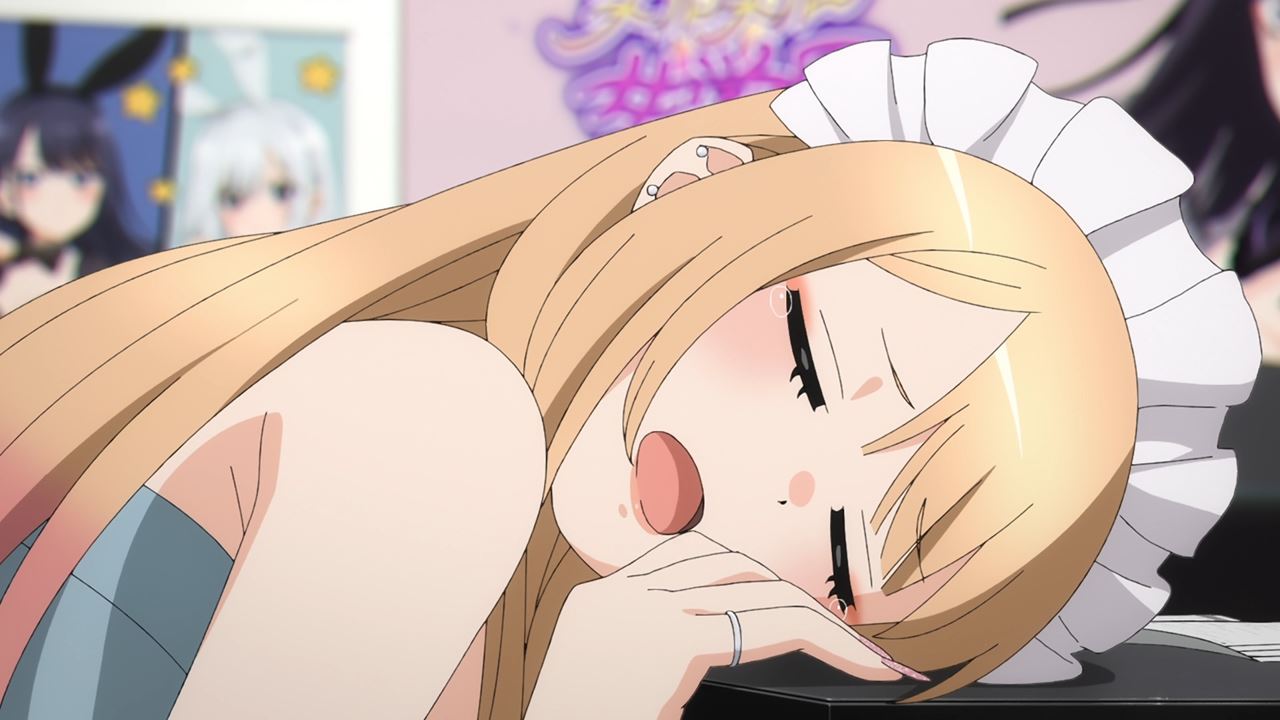 Well everyone, it’s the final episode where Marin Kitagawa is really sad that the show will be over.

Just kidding, she’s actually sad that summer vacation will be over soon and she hasn’t finish her homework yet. Oh, and it’s not just because she’s busy with cosplay… 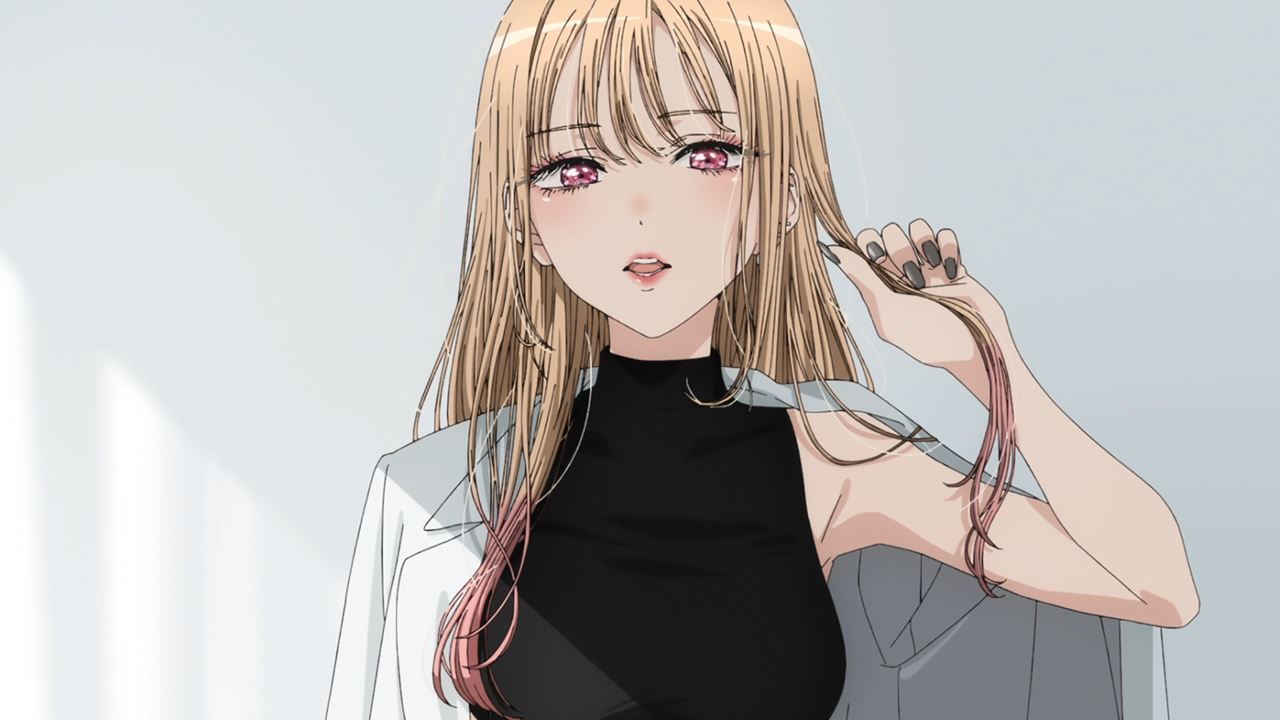 …but Kitagawa is busy with modeling work. Gotta say that Marin looked so mature when she’s featured in a fashion magazine. 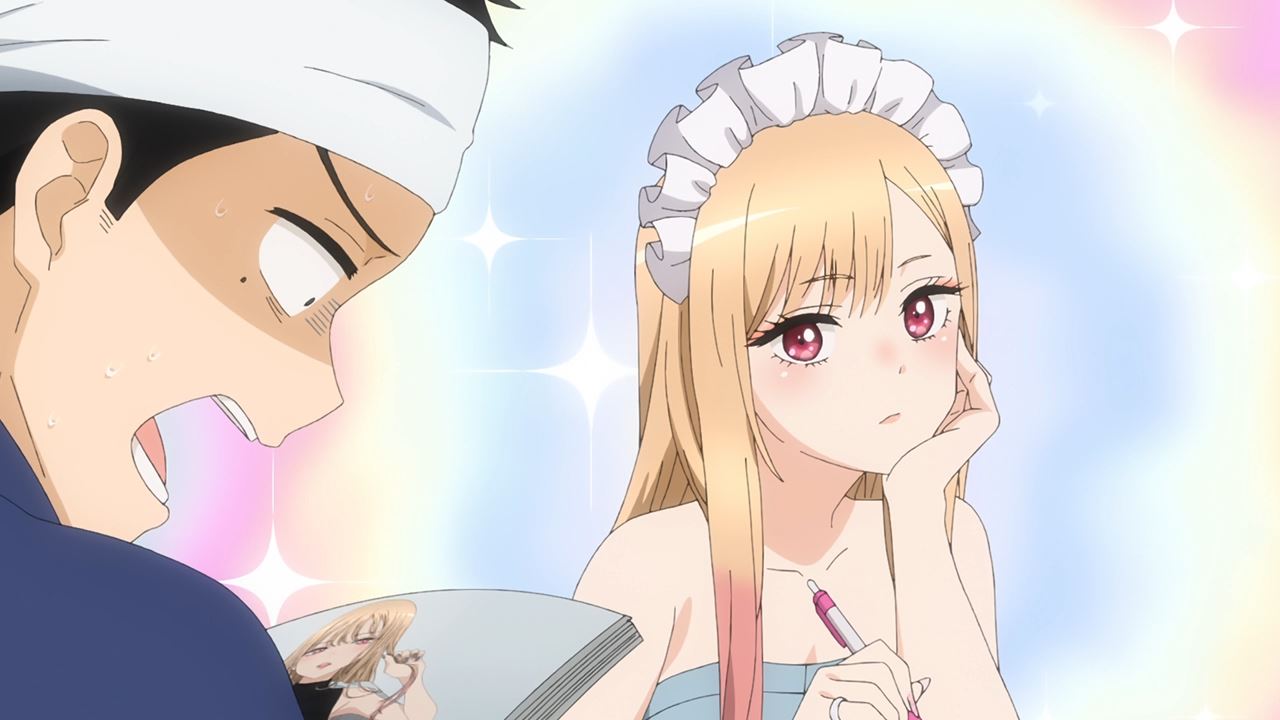 Even Wakana Gojo couldn’t believe that Marin Kitagawa looked so different as an amateur model. Now then, it’s time for Kitagawa to finish her homework. 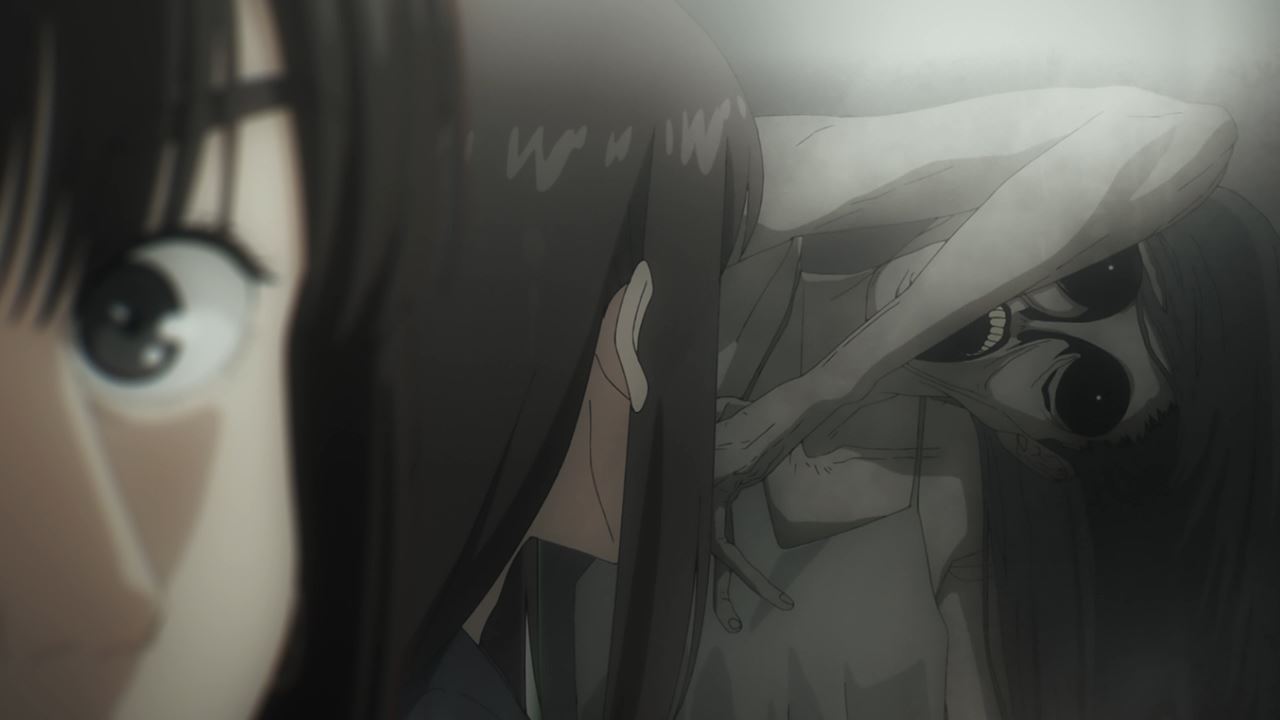 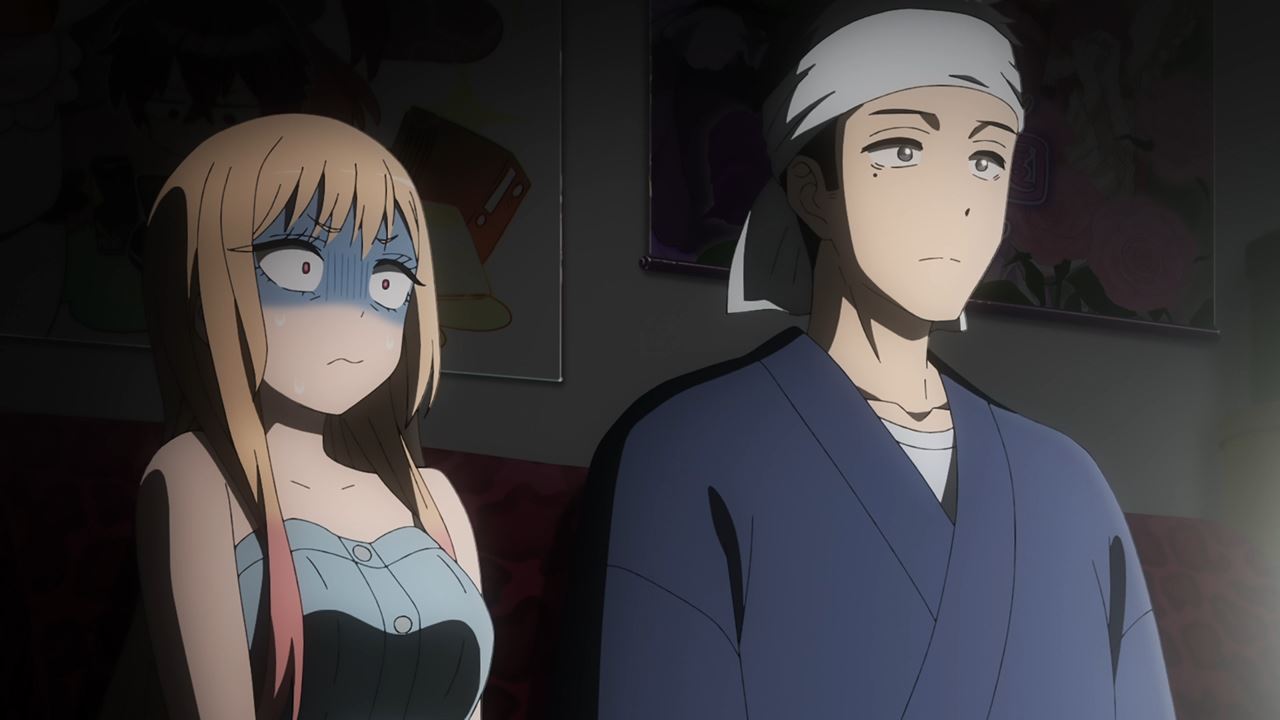 But first, Marin decides to watch a horror film which turned out to be lame as hell, although Kitagawa got scared in the end ’cause it turns out that she can’t handle horror.

Well then, I have to say that Marin Kitagawa will go straight into finishing her summer homework or she’ll have remedial classes soon. 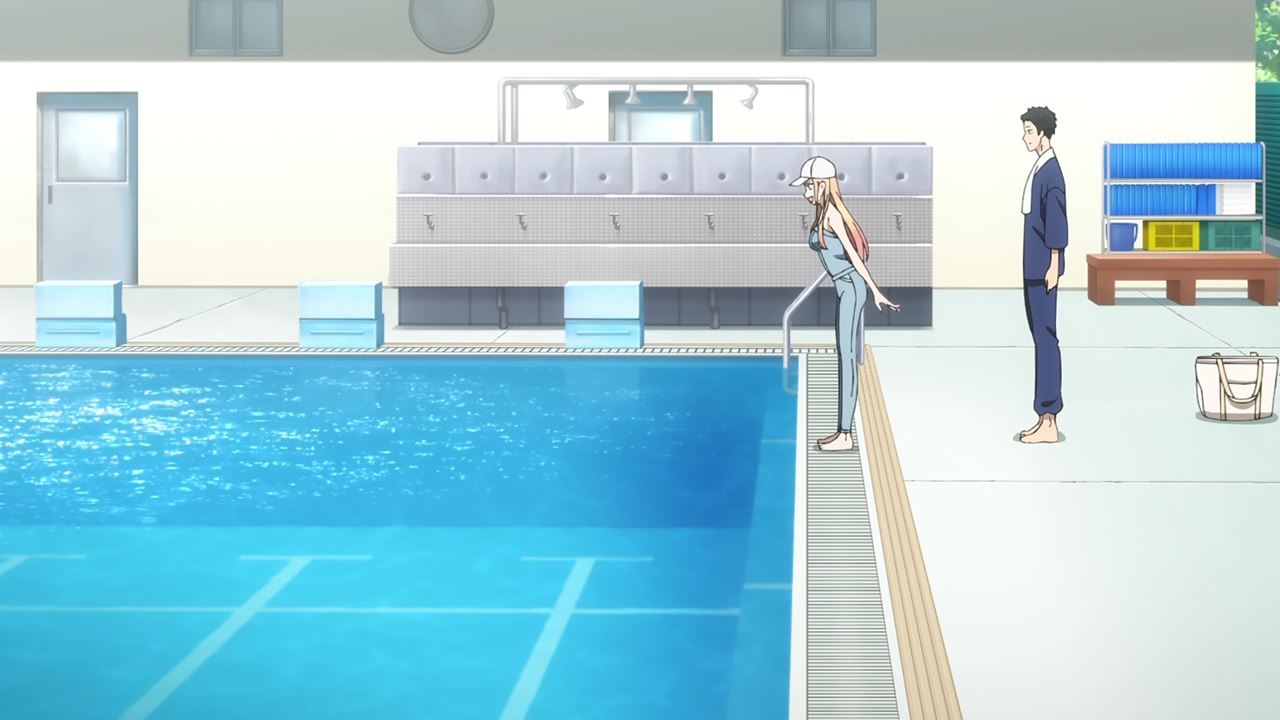 Unfortunately, the rest of her homework was left in the classroom, so Marin and Wakana paid a visit to the high school building and get the homework materials.

But first, a short dip at the swimming pool where Kitagawa wants to get her feet wet. 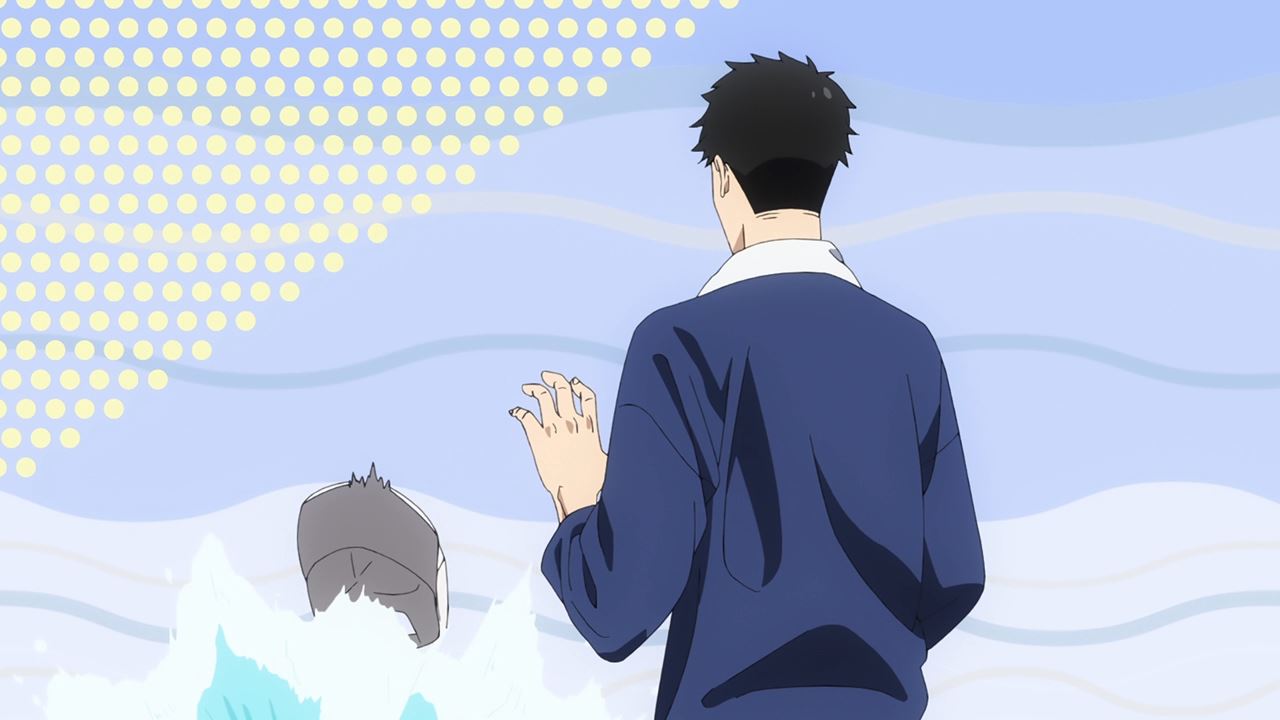 Well, that’s until Marin fell down to the pool where it turns out that she can’t swim. This is really surprising from Kitagawa despite wearing that bikini in Episode 2. 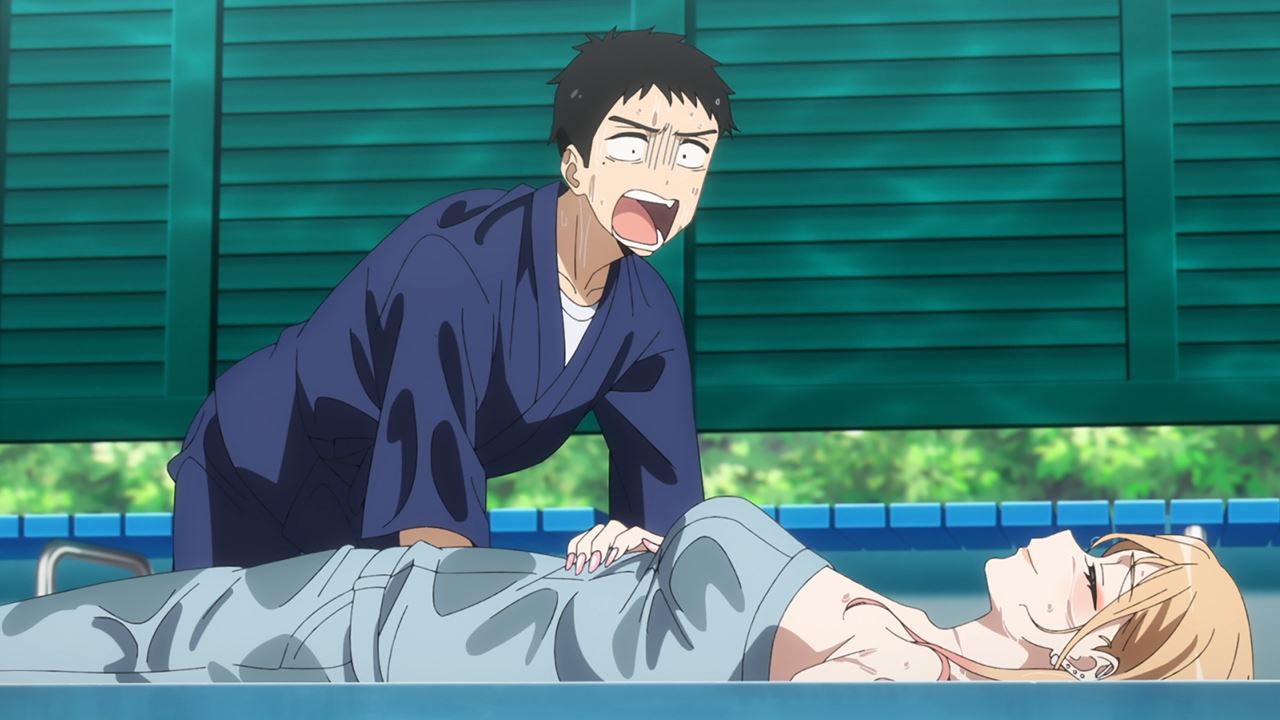 Good thing Gojo-kun rescued Kitagawa from being drowned. But seriously, I think Marin needs some swimming lessons as soon as possible. 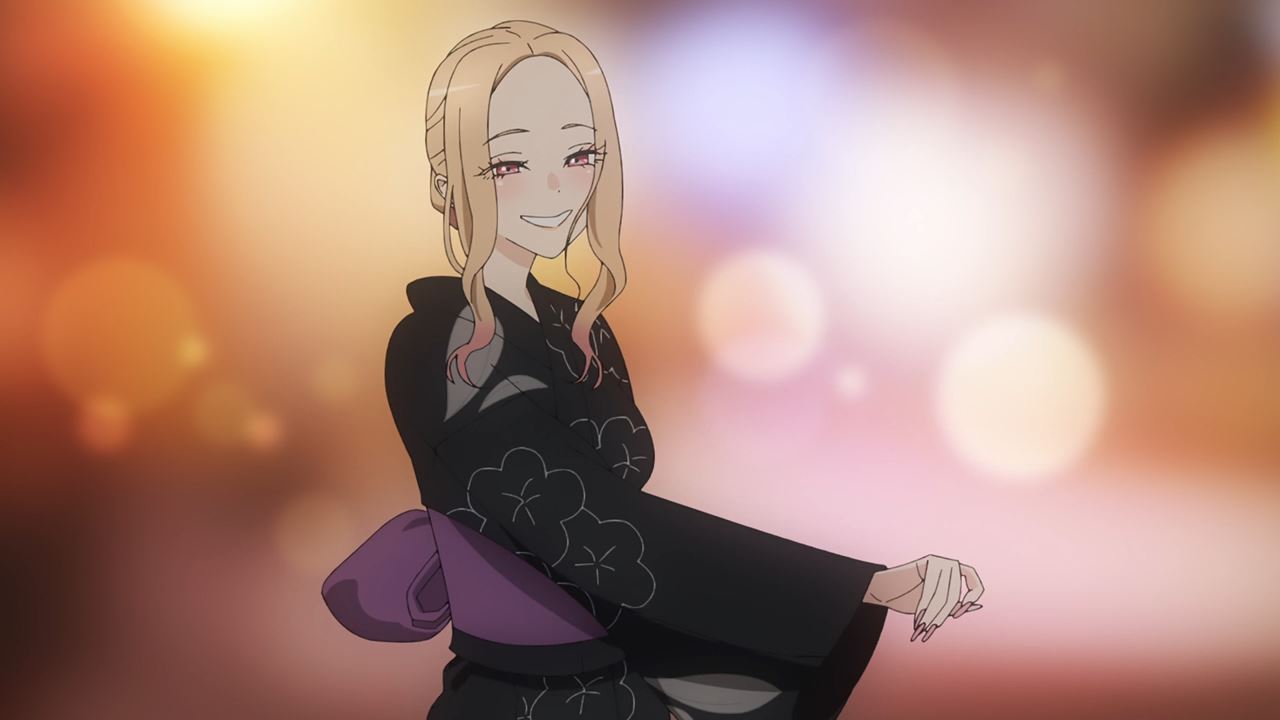 Now then, it’s time to end summer vacation by visiting the local festival where Kitagawa wore a yukata for this occasion. 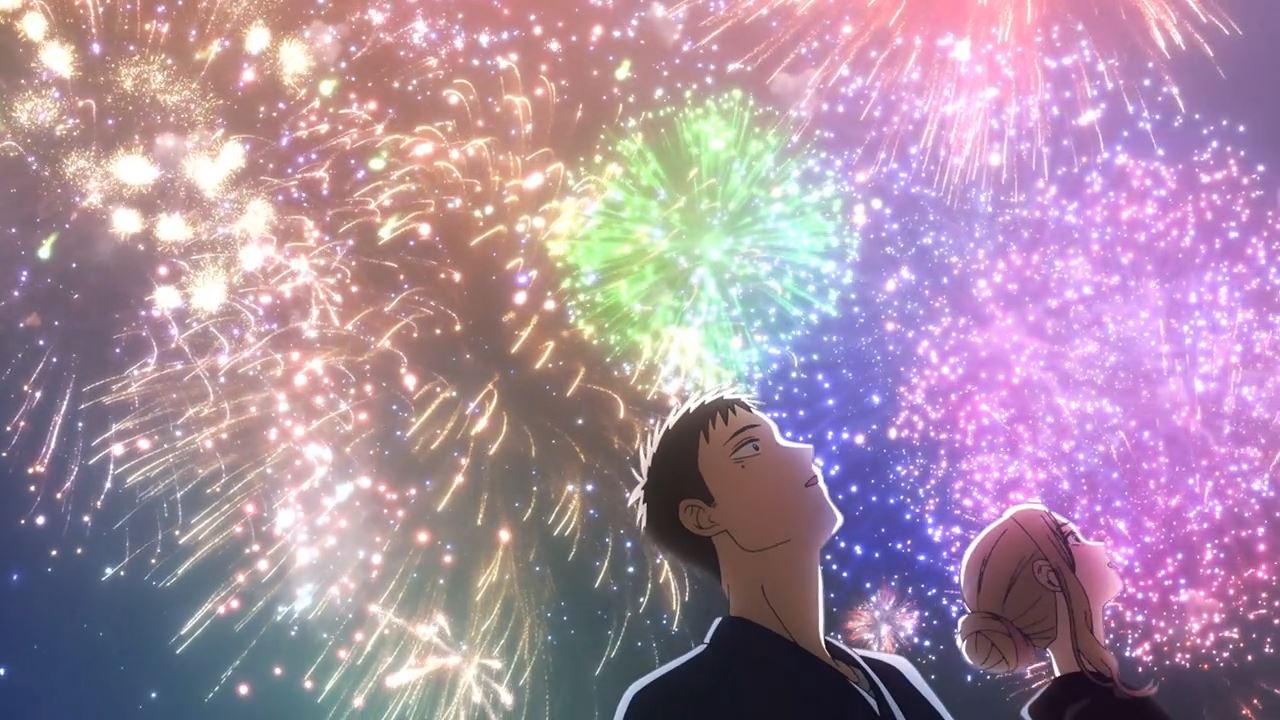 But anyways, enjoy the fireworks as CloverWorks did a great job on this scene. Seriously, what a great way to end the show as Gojo-kun and Kitagawa watched the fireworks display! 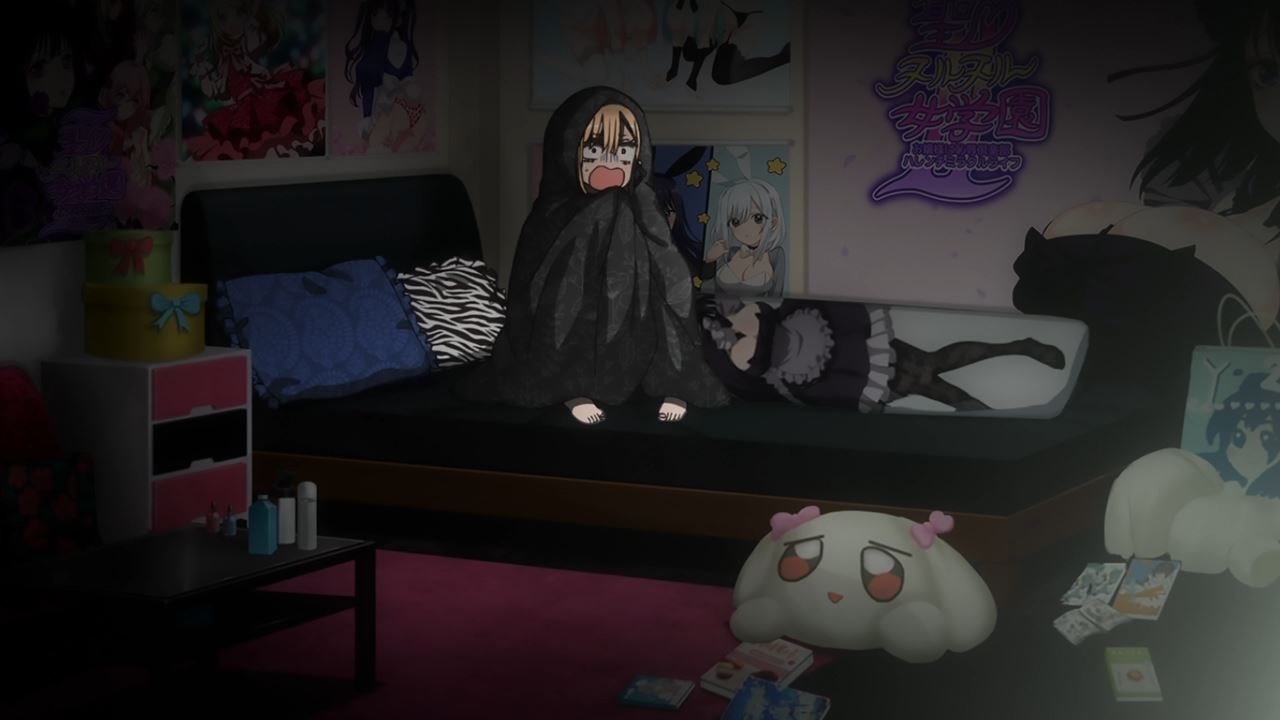 Well actually, there’s one more scene where Marin Kitagawa can’t sleep thanks to that horror film she saw in the previous day, therefore she asked Wakana Gojo to stay at her apartment for one night only.

One night only? Is he gonna- Nah, that won’t happen! 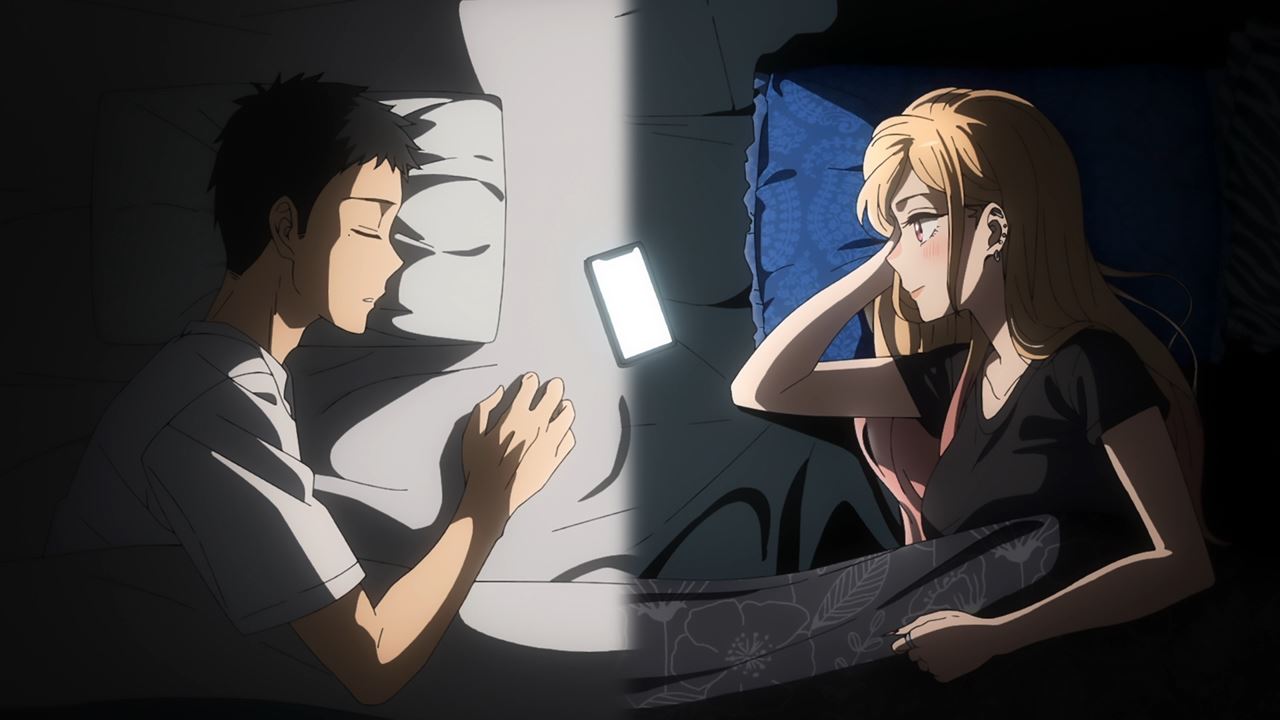 You see, Wakana Gojo went straight to bed. Well, what a strange way to end this show! Oh and by the way, Kitagawa said “I love you!” to Gojo-kun, although he won’t hear it since he’s already asleep.

But that’s about it for Sono Bisque Doll wa Koi wo Suru and I’m really surprised on how it turned out. I mean, you have a guy who wants to become a hina doll artisan got dragged into the world of cosplay thanks to a popular gal. Oh yeah, and Wakana Gojo got better at making costumes for Marin Kitagawa even though she loves sexy characters (except for Liz-kyun who is a gag character).

One more thing, while there are some ecchi moments during its run, I have to say that it’s really informative when it comes to cosplaying, right down to taking photos of cosplayers. Of course, some viewers are really mad when it comes to Kitagawa cosplaying as Veronica, but there’s no issue for it in my opinion.

In any case, I really love Kisekoi because it’s not only informative, but it has interesting characters such as Wakana Gojo, the Inui sisters, and Marin Kitagawa. Now while I wish there’s another season for this show, I think I’m satisfied with this ending!