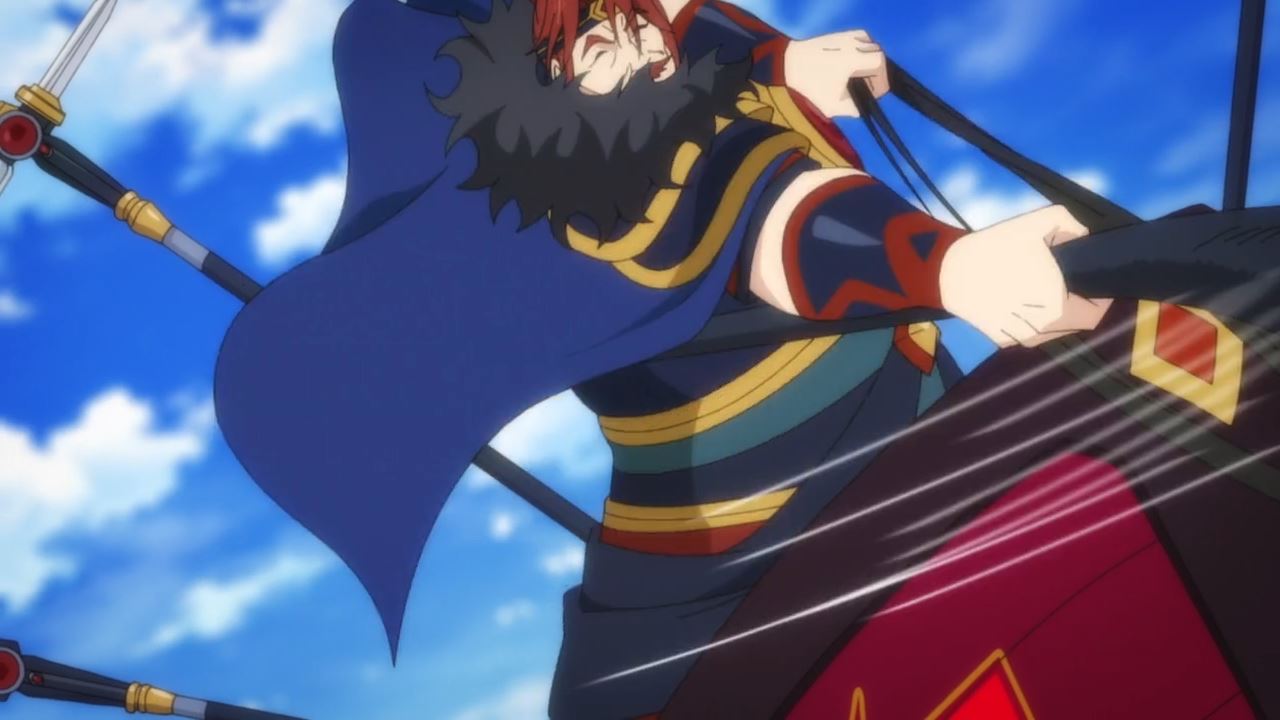 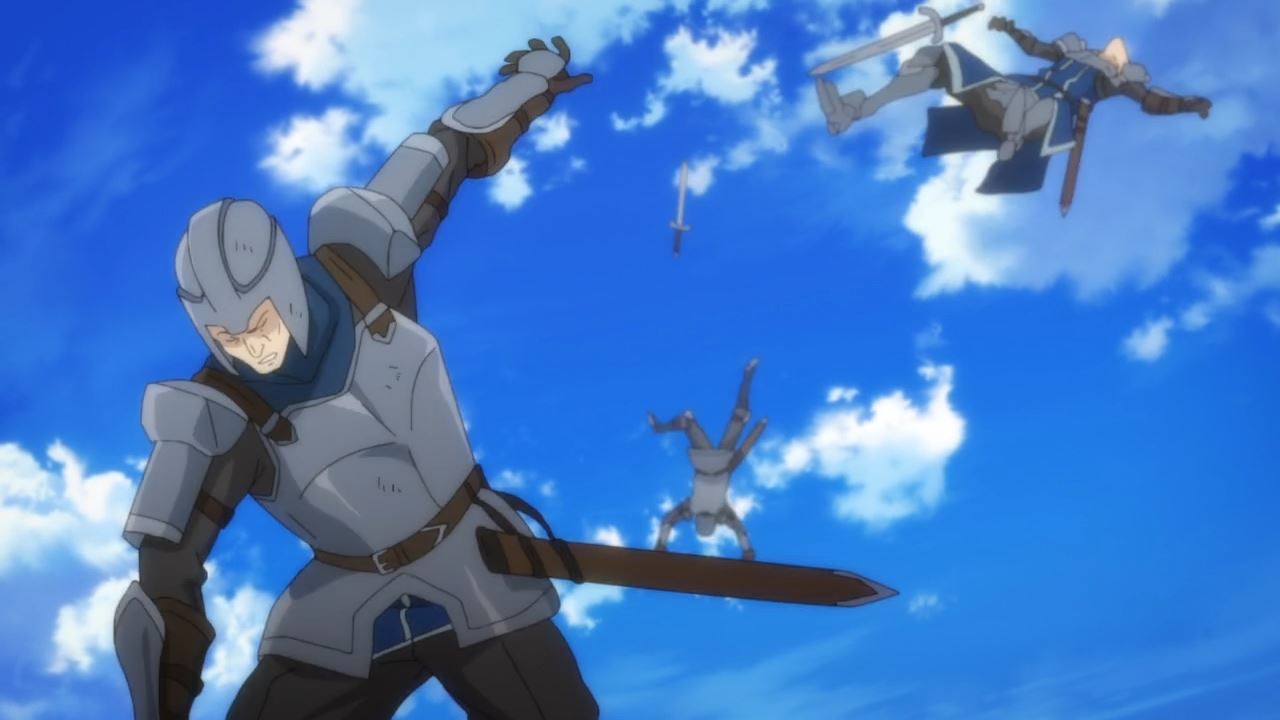 Well everyone, it’s the final episode where King Gruyere Soljest shows that he’s not a slob when it comes to hand-to-hand combat, smacking those Natran soldiers with ease which forces Commander Raklum and his men to retreat.

Looks like Prince Wein Salema Arbalest in really in danger if King Gruyere and his soldiers march towards Natra and slaughter everybody. But wait a minute, what happened to Prince Wein? 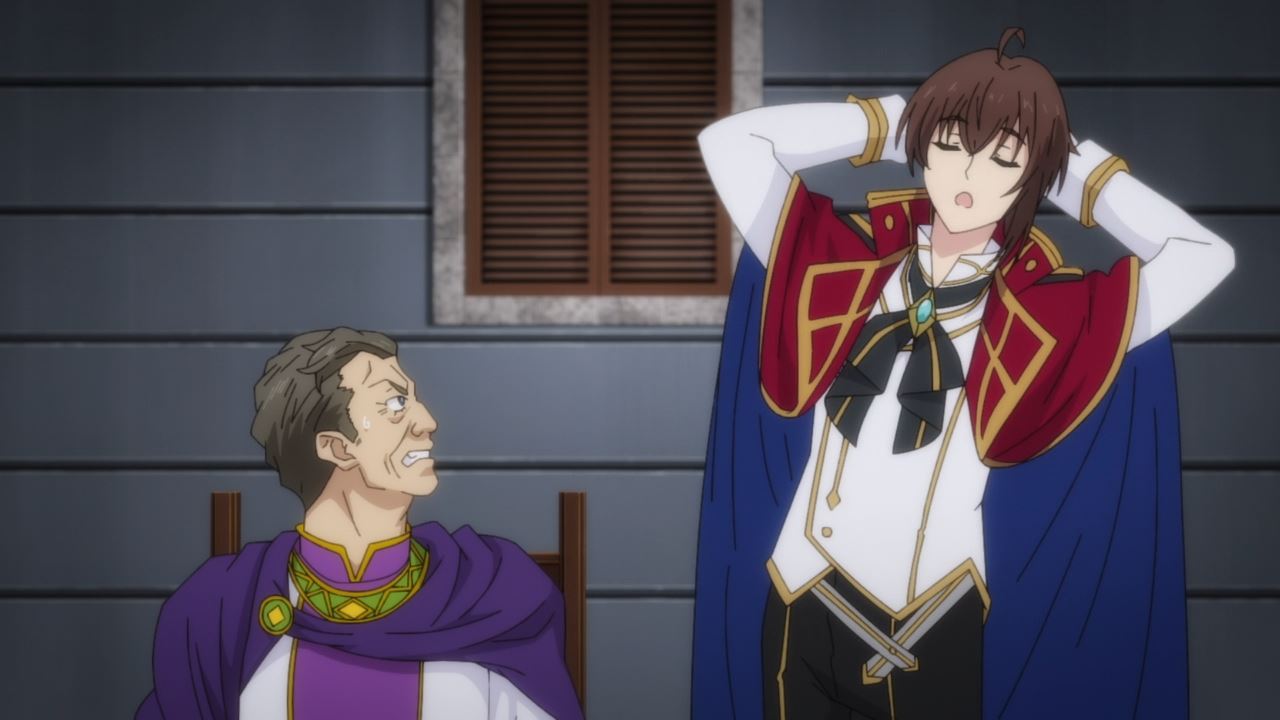 Well, he’s at Delunio together with Princess Zenovia as Prince Wein tries to convince Prime Minister Sirgis to forge an alliance between their respective countries or it’ll be too late. In fact, Prince Wein feared that King Gruyere Soljest will invade both Natra and Delunio once both kingdoms are weakened enough.

Also, Prince Wein told Prime Minister Sirgis that he’ll send 800,000 refugees to Delunio should his kingdom falls to King Gruyere. If the prime minister refused his demands, Prince Wein will curse his country as anyone who wears yellow-dyed clothing will become sick and die. 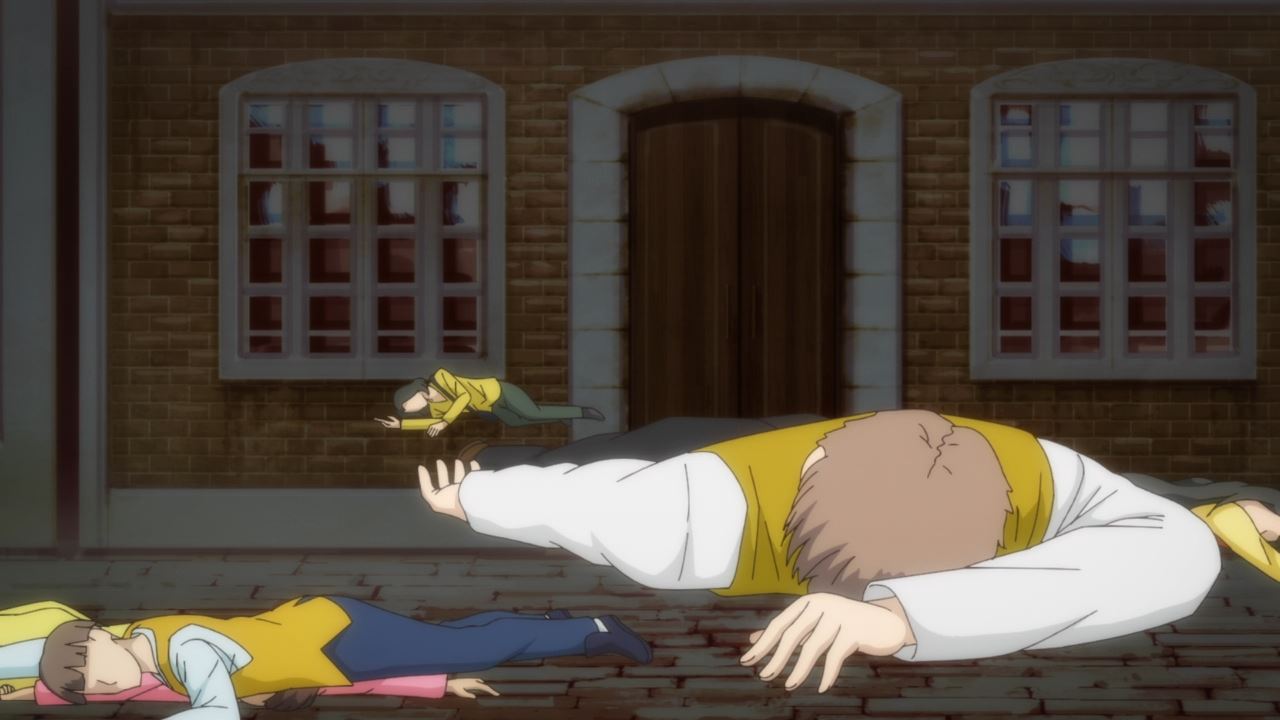 And seriously, Prince Wein is really serious regarding the curse, although the truth is that it was just a bluff. Anyways, let’s hope that Prime Minister Sirgis give in and accept the proposal. 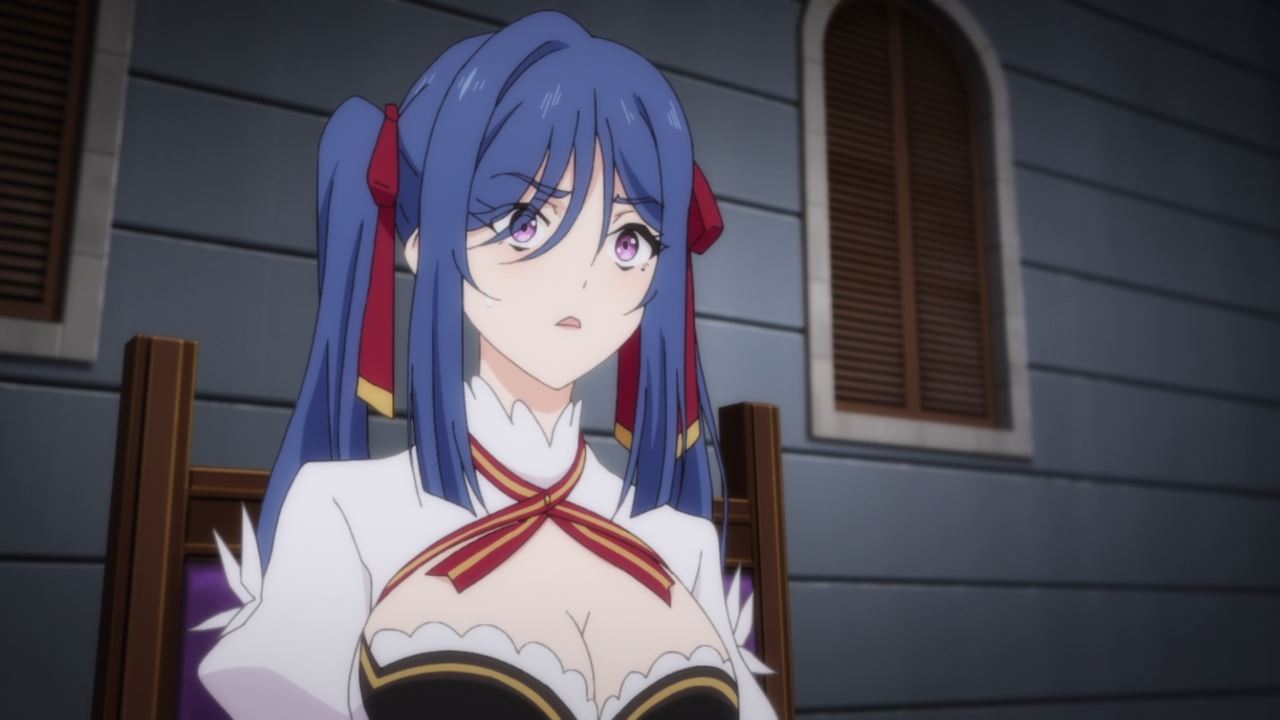 For Princess Zenovia Marden, seeing Prince Wein’s gambit being played here is pretty amusing, yet terrifying at the same time as he decides to put his people on the line. 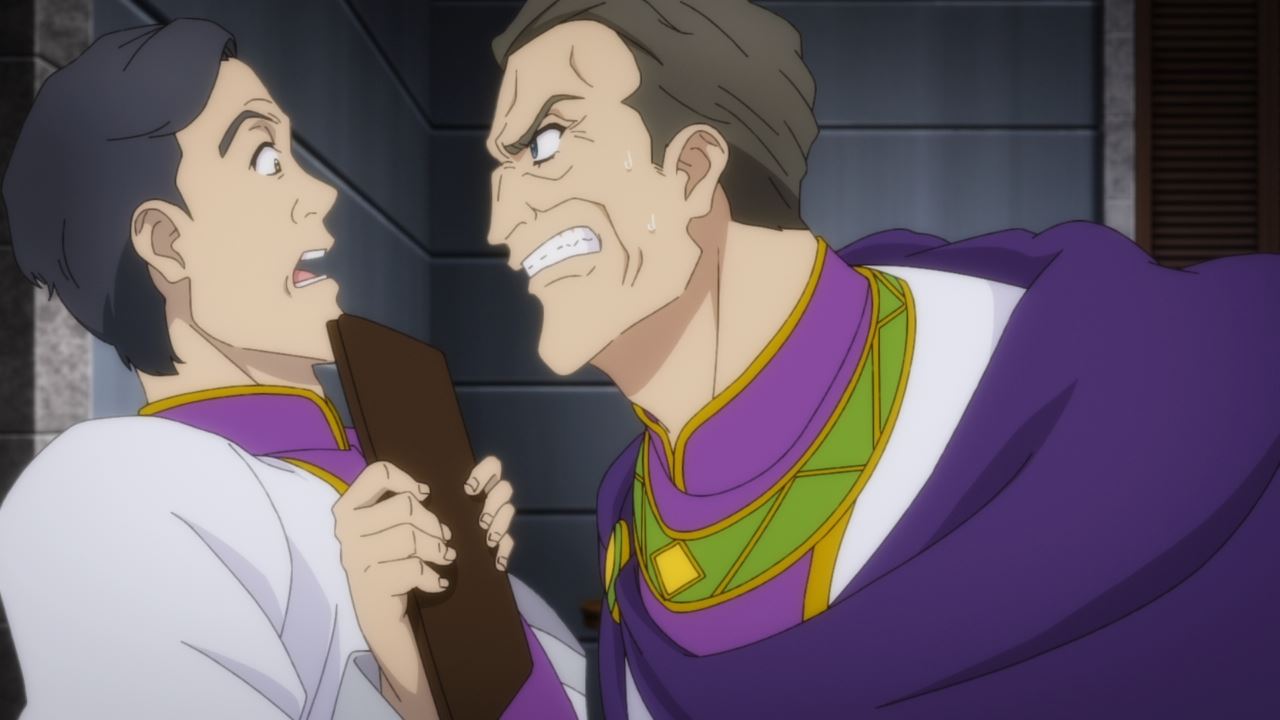 Oh yeah, and the pressure is boiling up with one of Sirgis’ aides told him that King Gruyere and his soldiers have pushed the Natran forces back to their own territory.

Anyways, looks like Sirgis will have to accept Wein’s proposal for an alliance ’cause it won’t be a matter of time before the Kingdom of Soljest conquered the Kingdom of Natra, meaning that Delunio will be flooded with refugees. 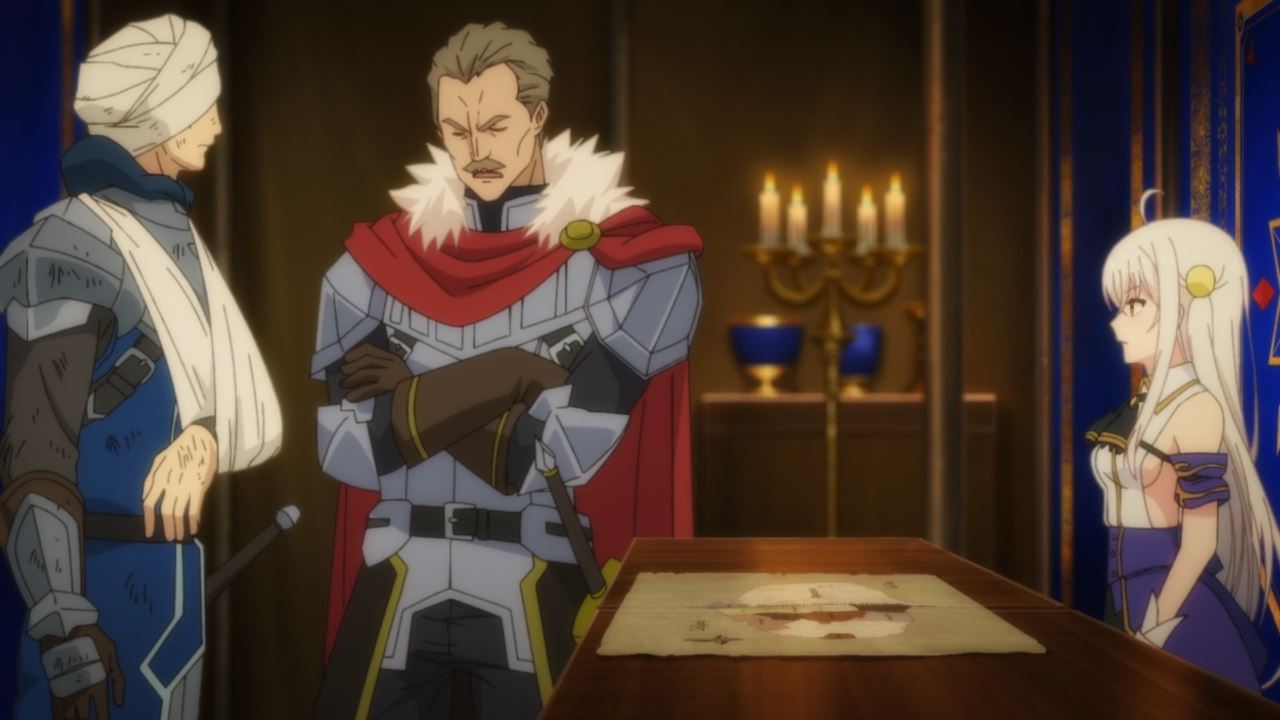 Of course, Natra won’t yield to Soljest as Raklum, Hagel, and Ninym Ralei are preparing for their next strategy which is hold the line until reinforcements have arrived.

Not sure if it’ll be the Earthworld Empire or even the Kingdom of Marden, but I’m hoping that Prince Wein will turn the tables in Natra’s favor. 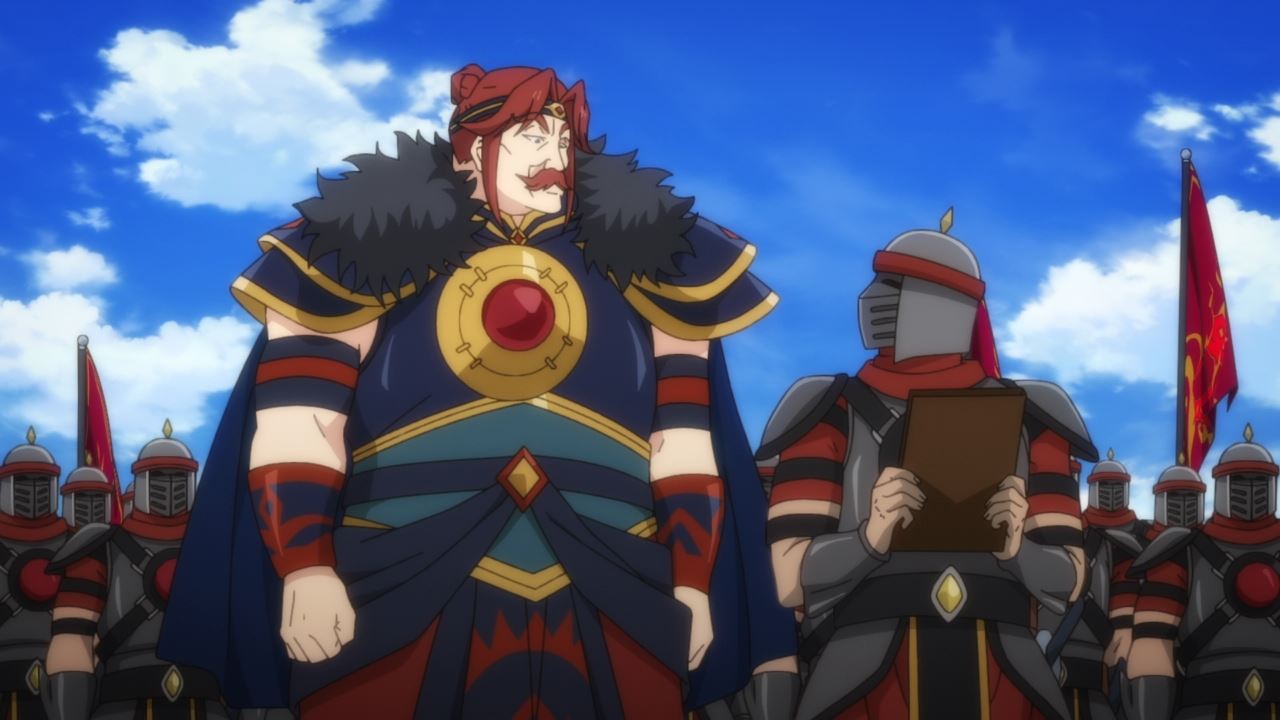 Meanwhile, looks like King Gruyere received a report where Delunio forces have arrived in battle. Oh, and they’re not here to assist Soljest… 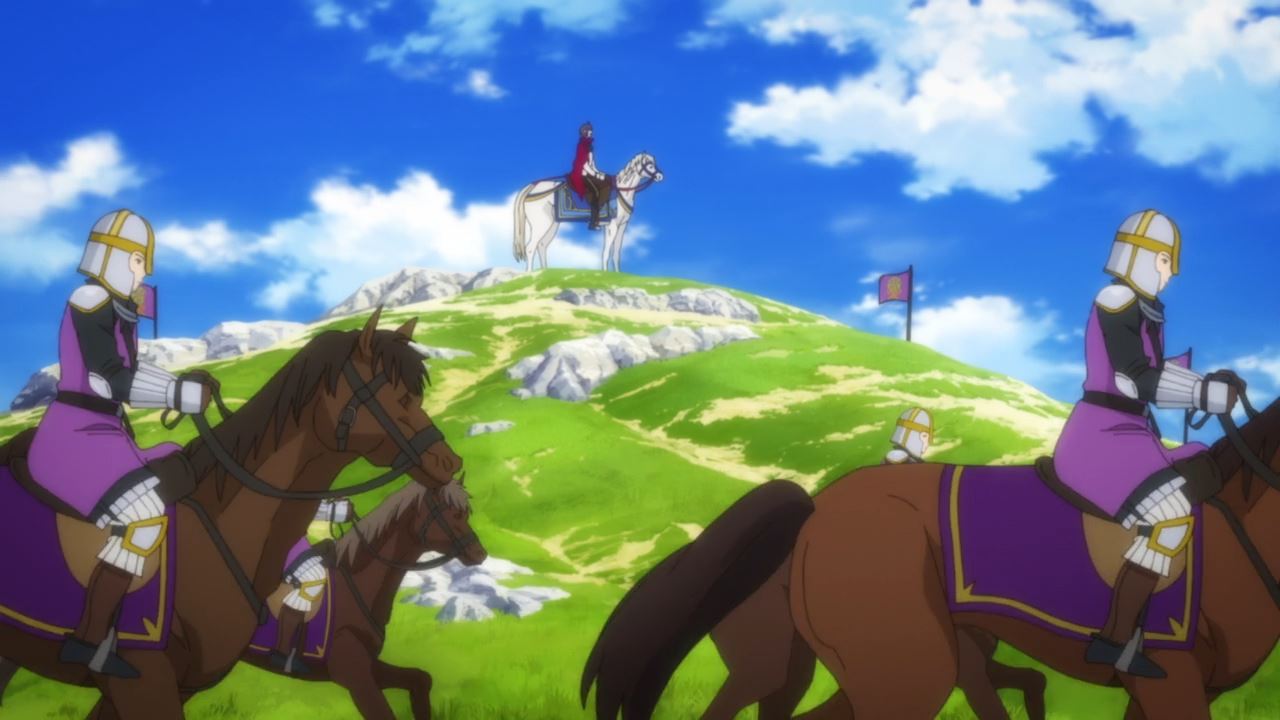 Rather, it’s under the command of Wein Salema Arbalest as he’s gonna trap King Gruyere and his men in a pincer attack, although the king won’t give up so easily. 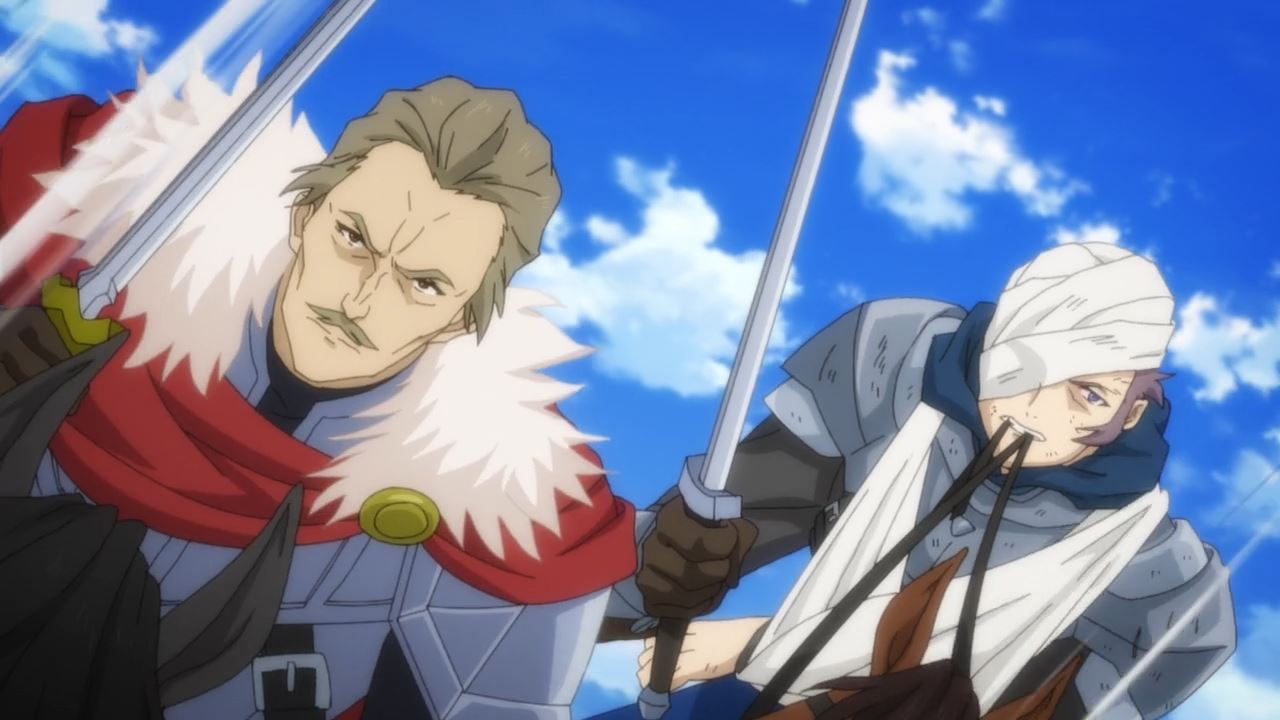 Here’s both General Hagal and Commander Raklum where they’ll attempt to take King Gruyere’s head, although I’m worried that they might get knocked out given that the king is strong despite its weight. 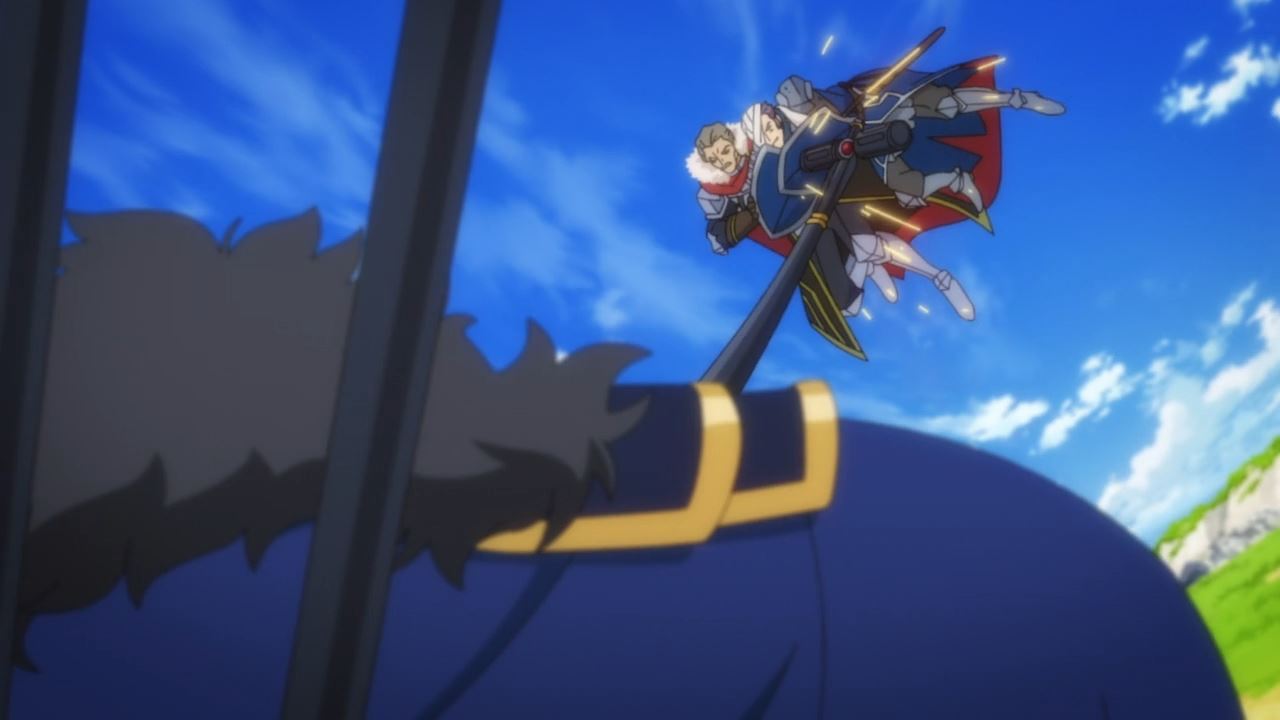 See, both officers got easily defeated, although I’m hoping that Raklum and Hagal are okay ’cause being bonked by King Gruyere’s blunt halberd is pretty painful. 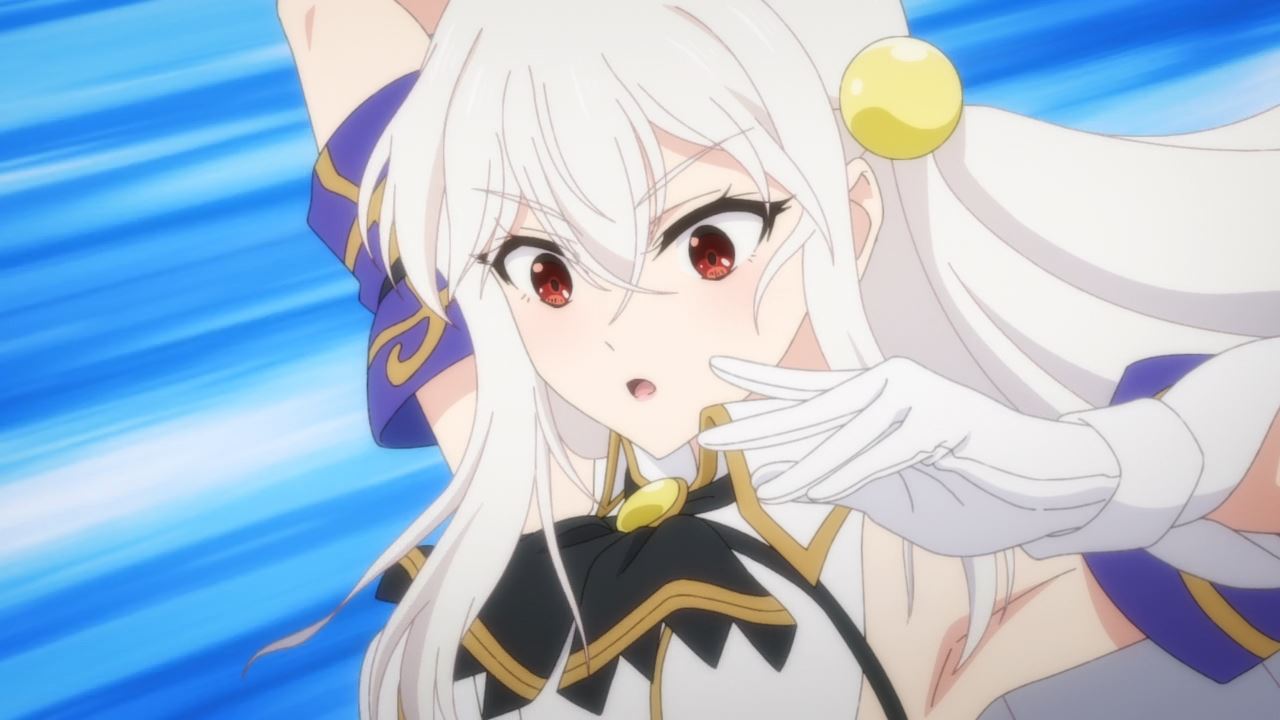 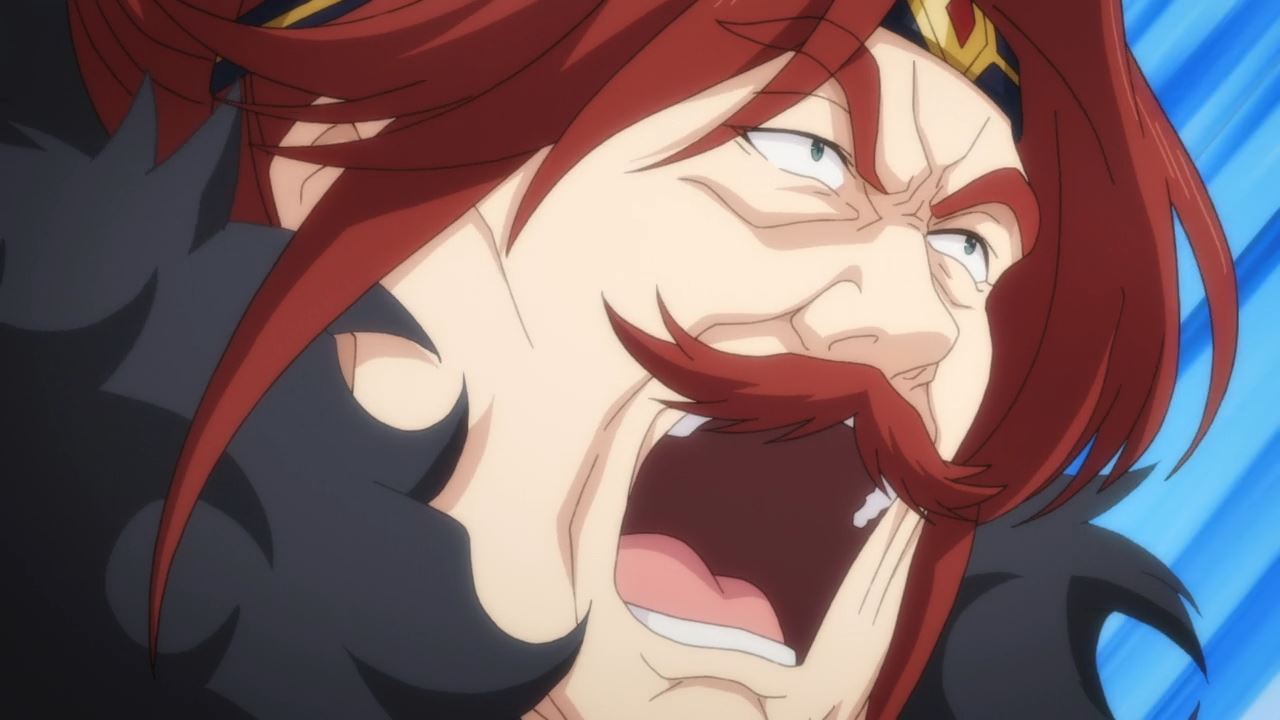 On the other hand, here’s Ninym Ralei where she’s going for the kill against King Gruyere Soljest, although the fat bastard of a king jumped from his chariot to stop Ninym’s attack. 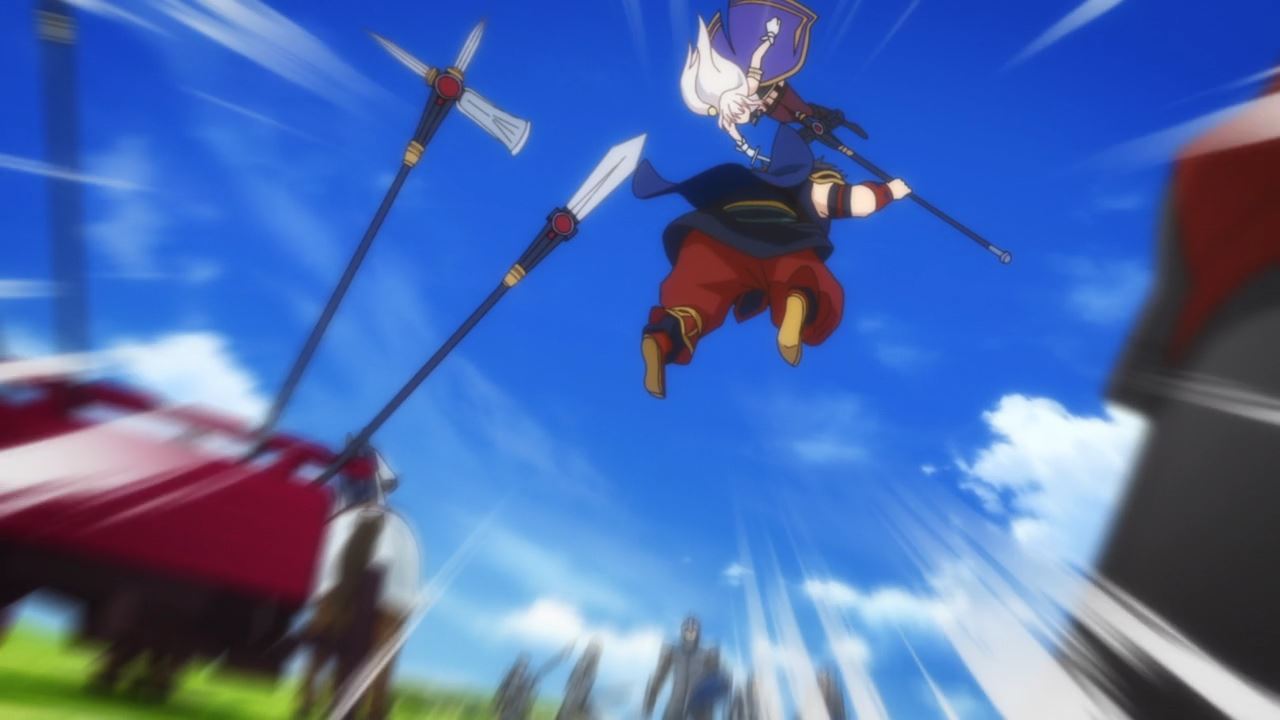 In the end, looks like Ninym won over King Gruyere as she delivered a fatal slash. And that my friends is the end of the battle as Natra defeated Soljest. 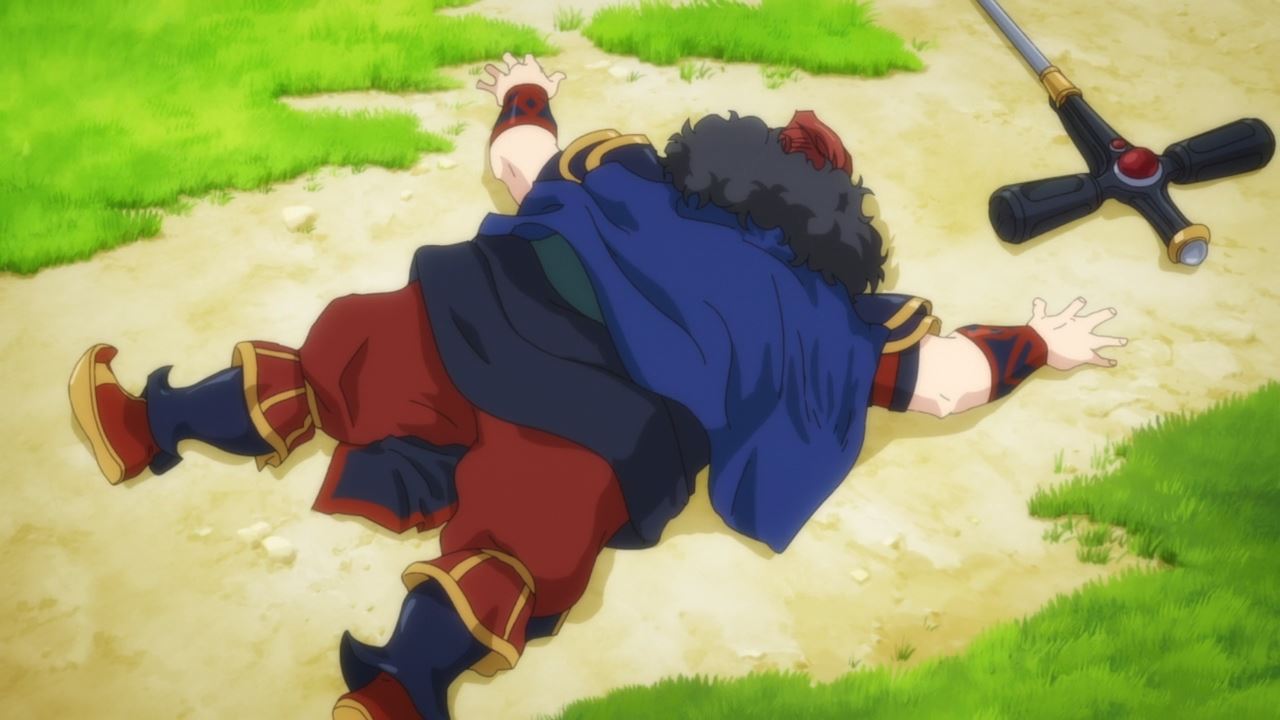 And here lies Gruyere Soljest where the king has fallen in battle thanks to Ninym Ralei. Long live the king… 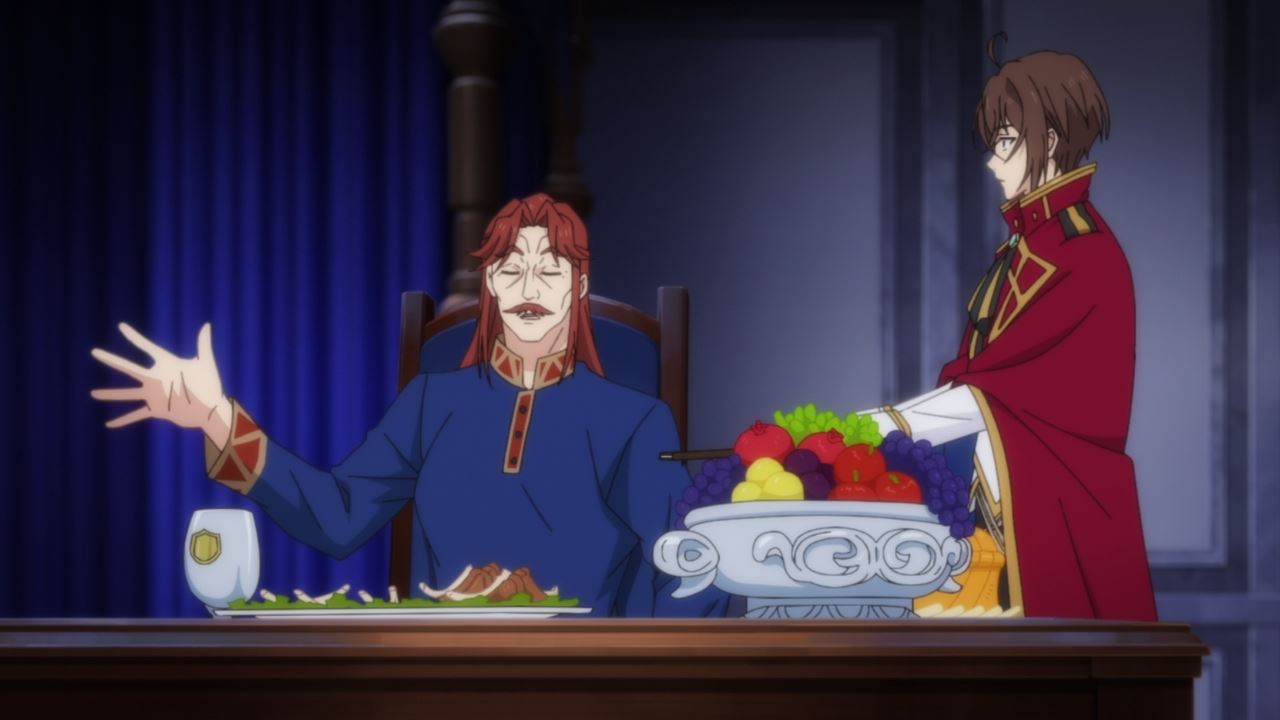 Just kidding, it appears that Prince Wein captured King Gruyere where he lost a lot of fat as he’s recovering from his wounds.

Unfortunately, King Gruyere decides to end his life as he won’t cooperate Prince Wein’s plan for a three-way peace agreement between Natra, Soljest, and Delunio. 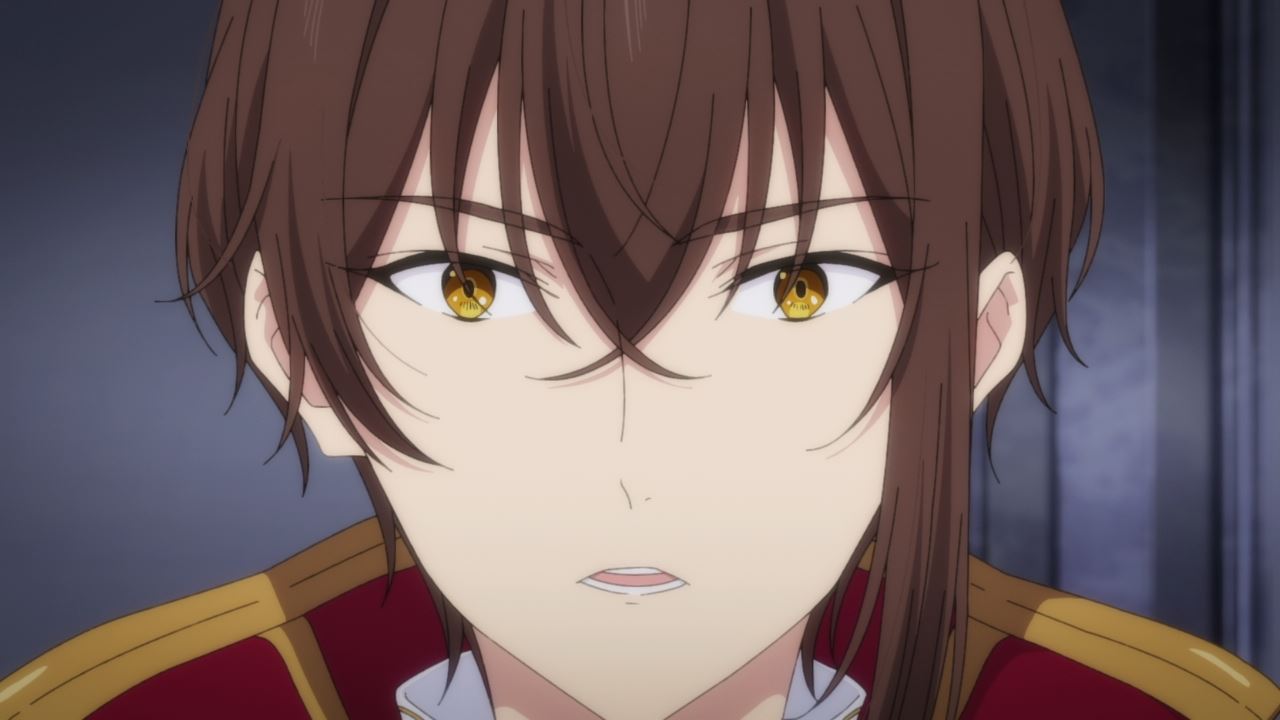 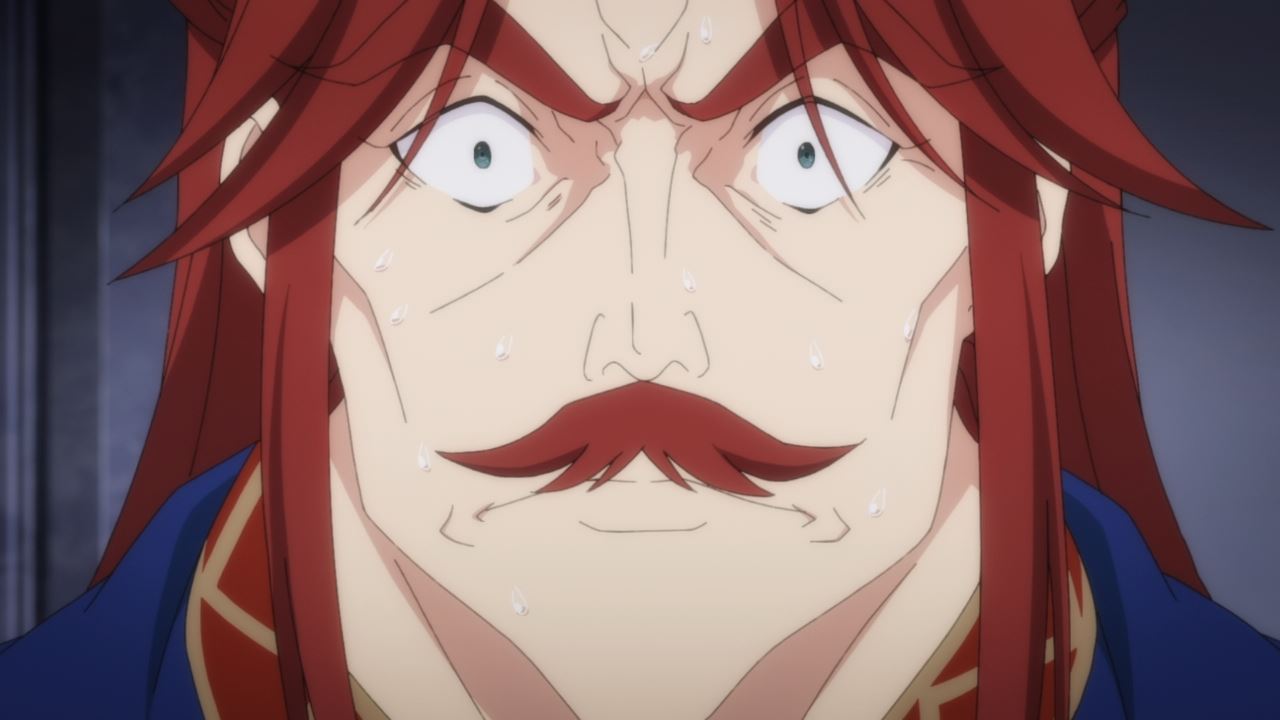 However, Prince Wein told King Gruyere something terrifying that we’ll never know what exactly he said. In any case, looks like the king will comply to the prince’s demands or he’s in danger. 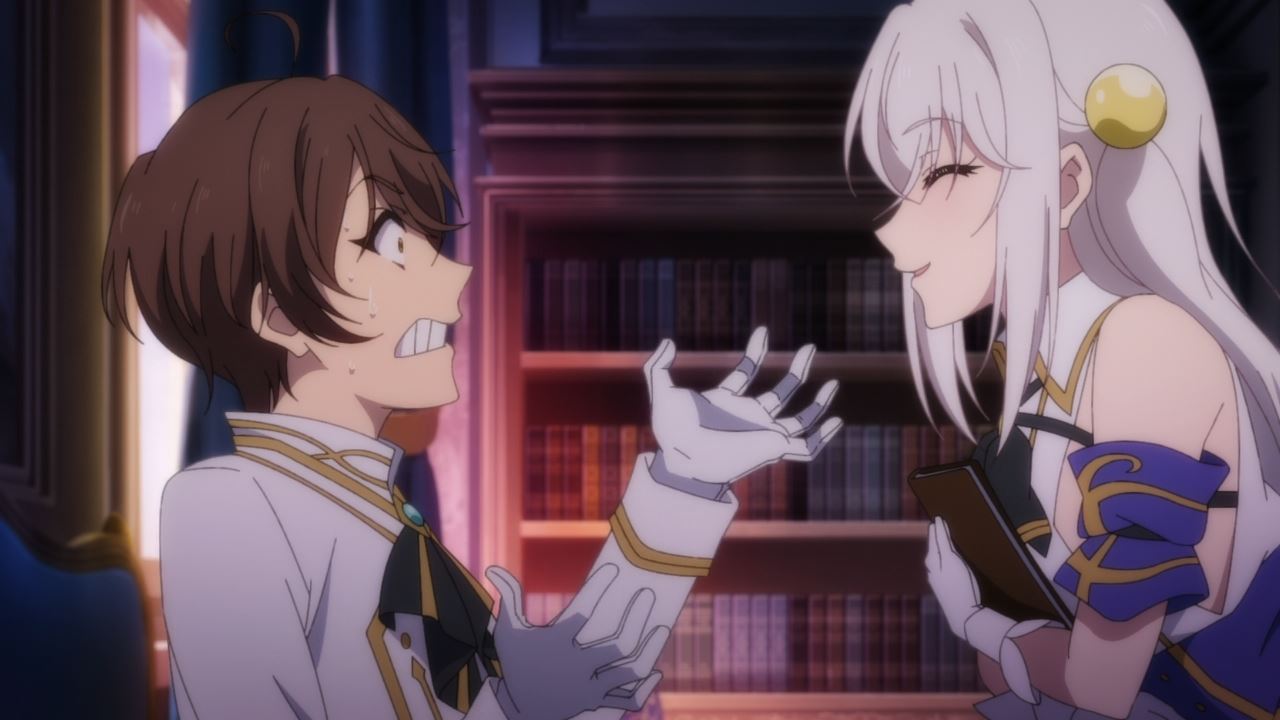 But for Prince Wein Salema Arbalest, looks like he’ll be busy rebuilding his country that Wein’s plans of selling his country won’t happen anytime soon. Heck, even Ninym told him to get his ass off and start working.

And that’s the end of Tensai Ouji no Akaji Kokka Saisei Jutsu where despite looking like an average show in terms of presentation, it’s quite amusing to see a main character who complains most of the time, but made genius moves when the going gets tough. Oh yeah, and he still cares for both Ninyn and his sister Falanya that he gets ruthless whenever one of his loved ones got insulted or hurt.

On the other hand, this show has some interesting world-building where it involves the Levetian religion and the Earthworld Empire. And while the succession crisis within the Earthworld Empire is quite amusing despite being messy, I’m still puzzled regarding the Levetian faith where even though they see the Flahm race as devils, Director Caldmellia is quite a wildcard where she wants to see the world burn. Will she be the main antagonist towards Prince Wein? Who knows…

Anyways, I feel that this show deserves another season as Prince Wein is quite an interesting protagonist along with his allies who help him overcome obstacles. Then again, SB Creative is busy promoting other GA Bunko titles at the moment.