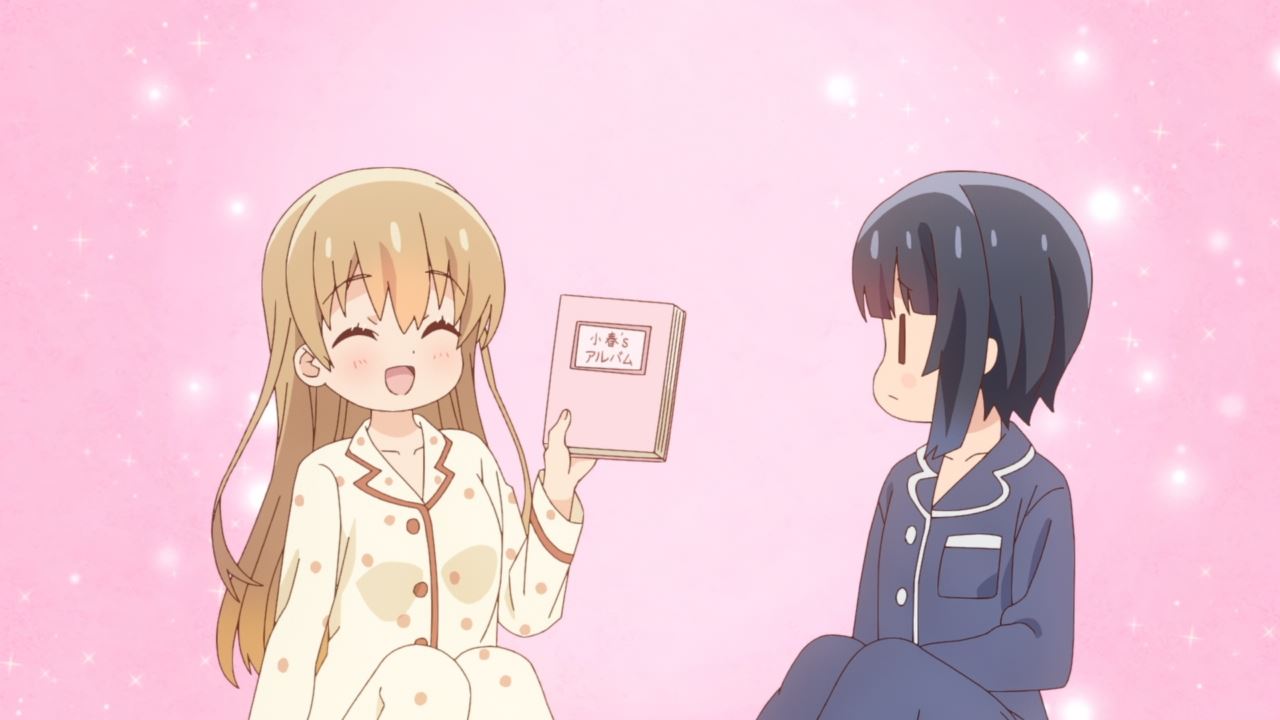 Let’s start the final episode where Koharu Minagi shows her photo album to Hiyori-chan. While it contains her childhood pictures… 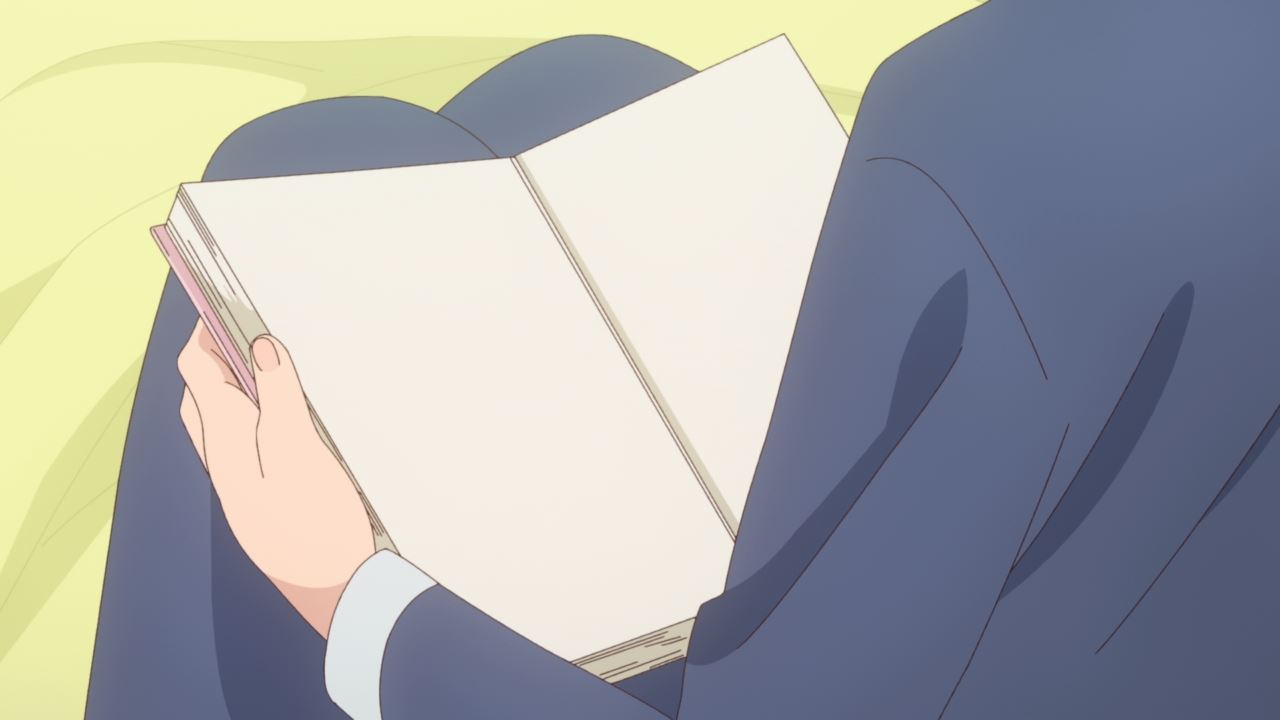 …the second half of the album doesn’t have any pictures. Still, let’s hope that they can fill out the rest with new pictures soon. 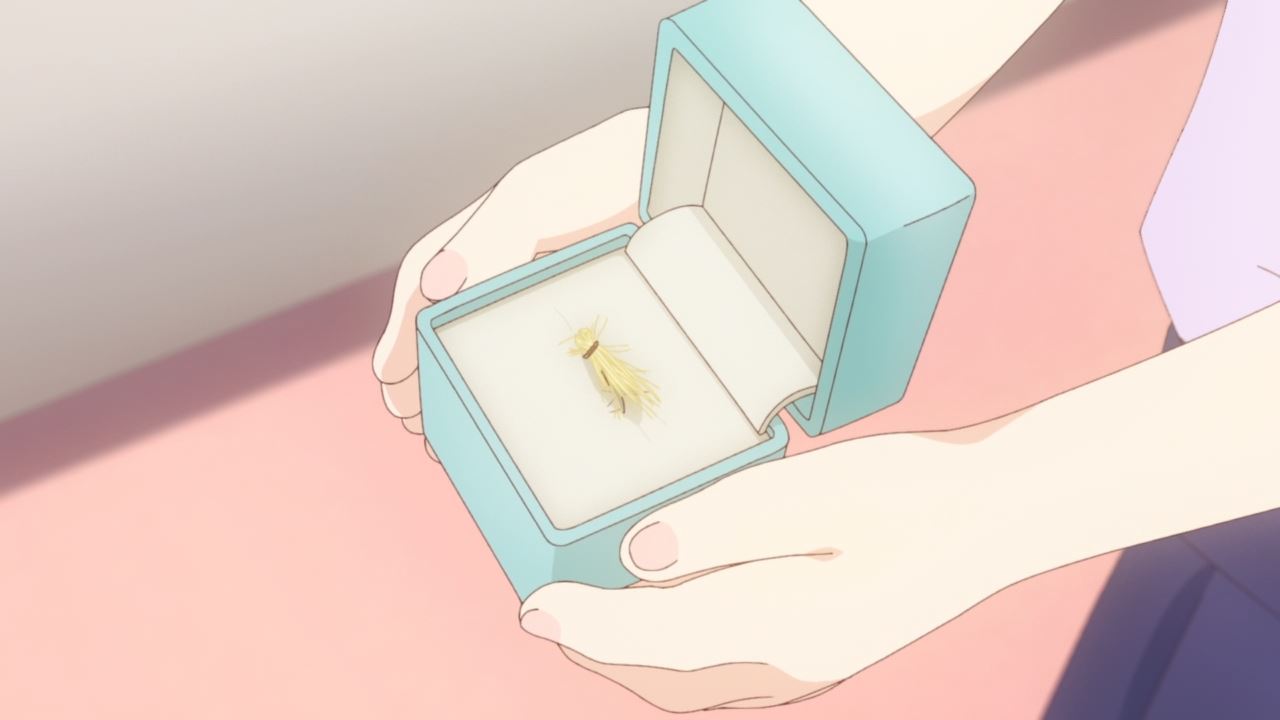 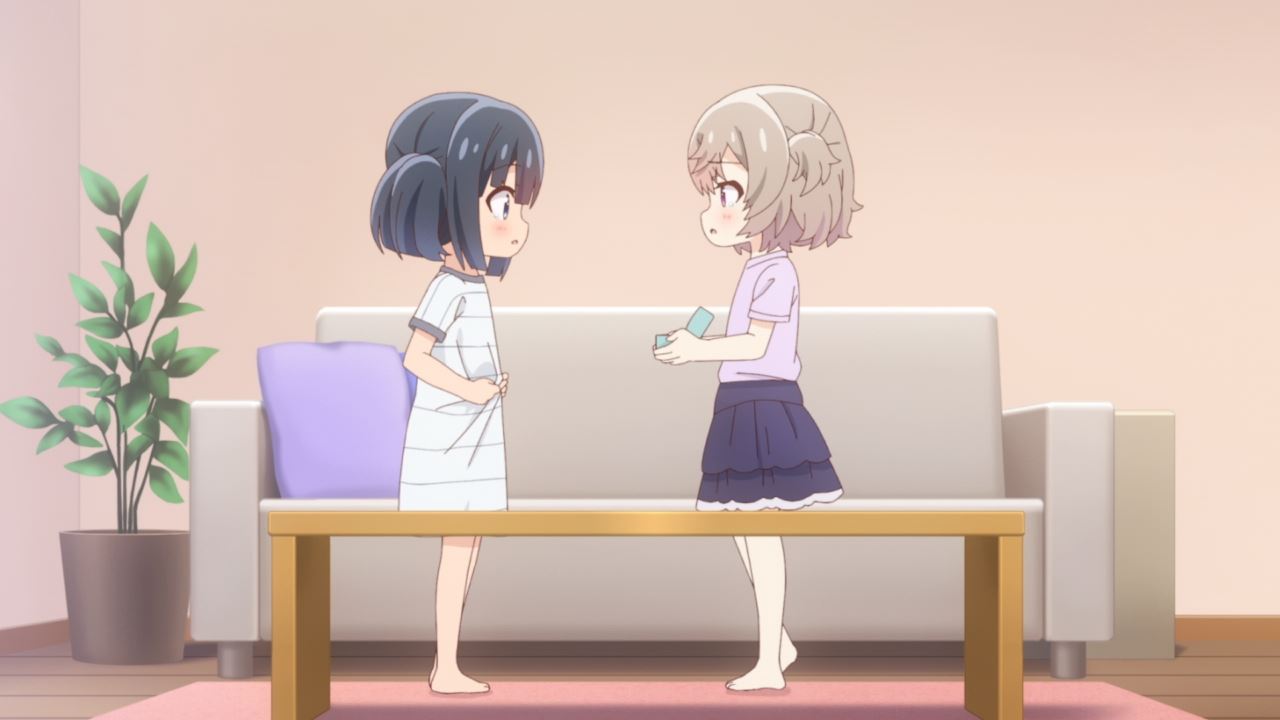 But let’s begin with a flashback where Koi Yoshinaga created her own fly, put in a ring case, and gave it to Hiyori-chan.

Sure that her first attempt at making artificial bait is really hard, at least Koi-chan put a lot of effort on making one. 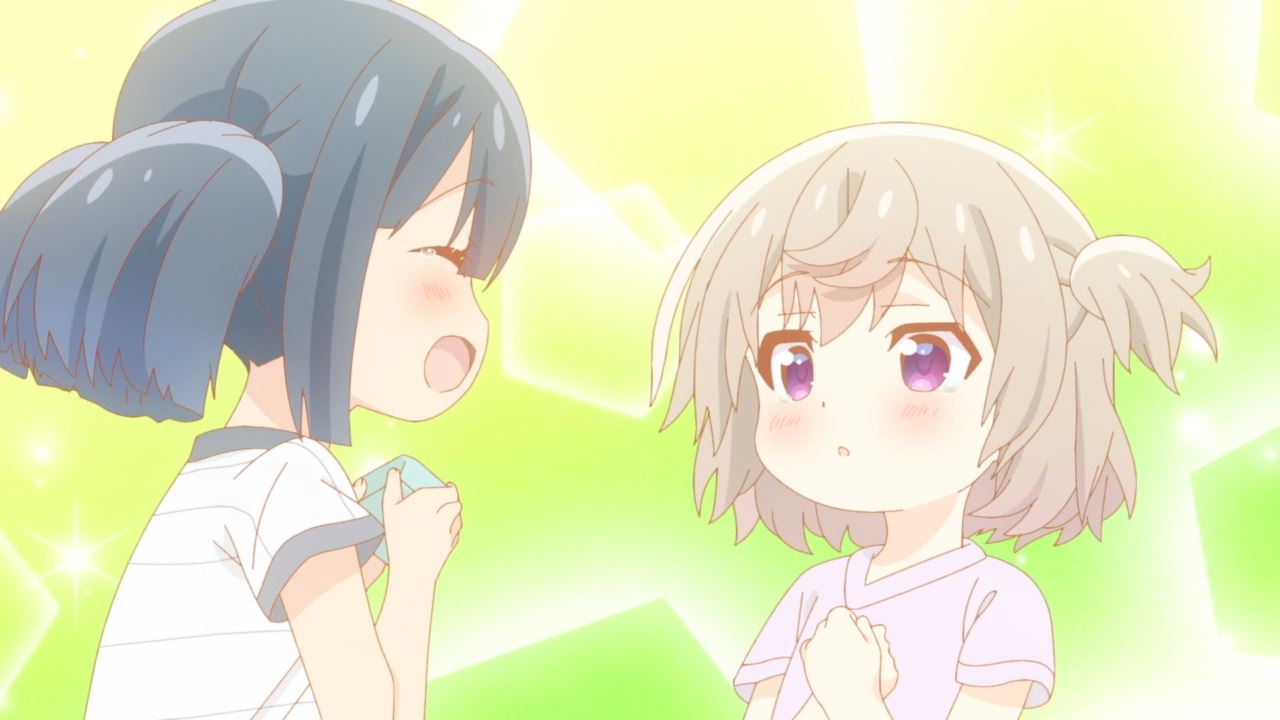 Heck, even Hiyori is impressed by her friend’s work. Still, it was a nice start as Koi would improve her skills in making artificial flies later on. 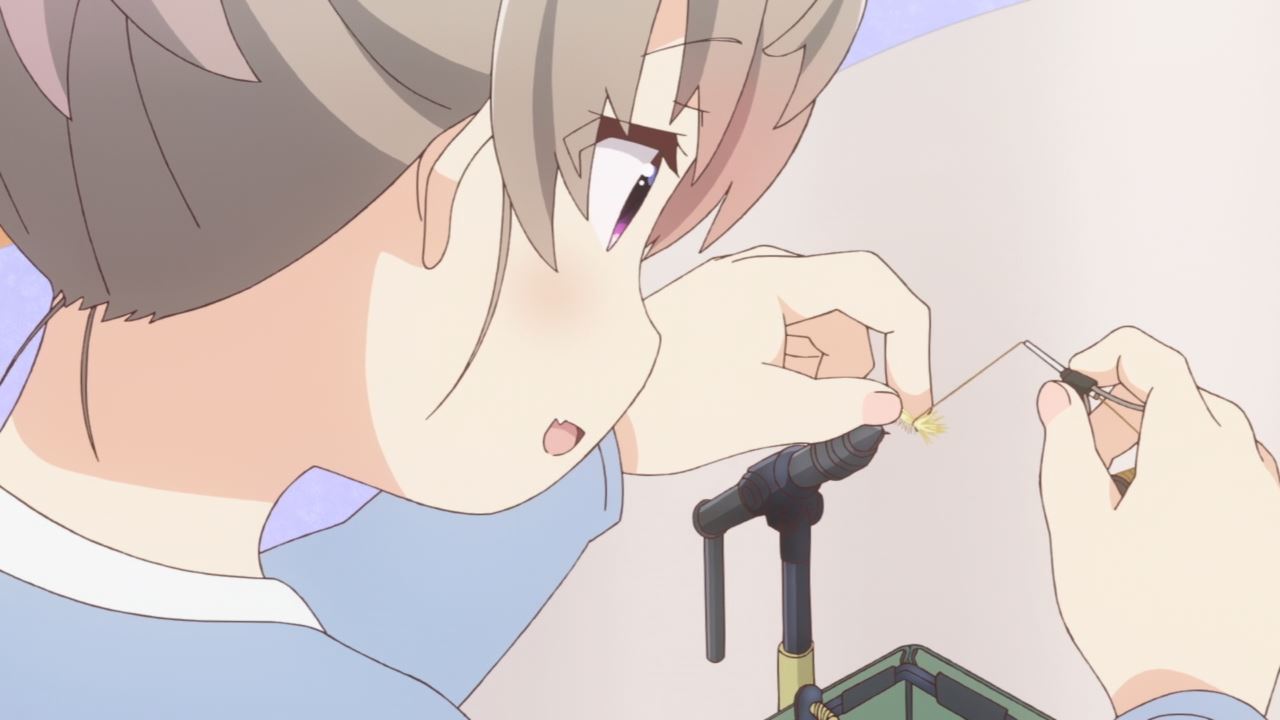 And as you can see, all her years of hard work have paid off where Koi Yoshinaga perfected the art of crafting flies.

Heck, even Koi-chan can make one with her eyes closed, although I’m just exaggerating that part. 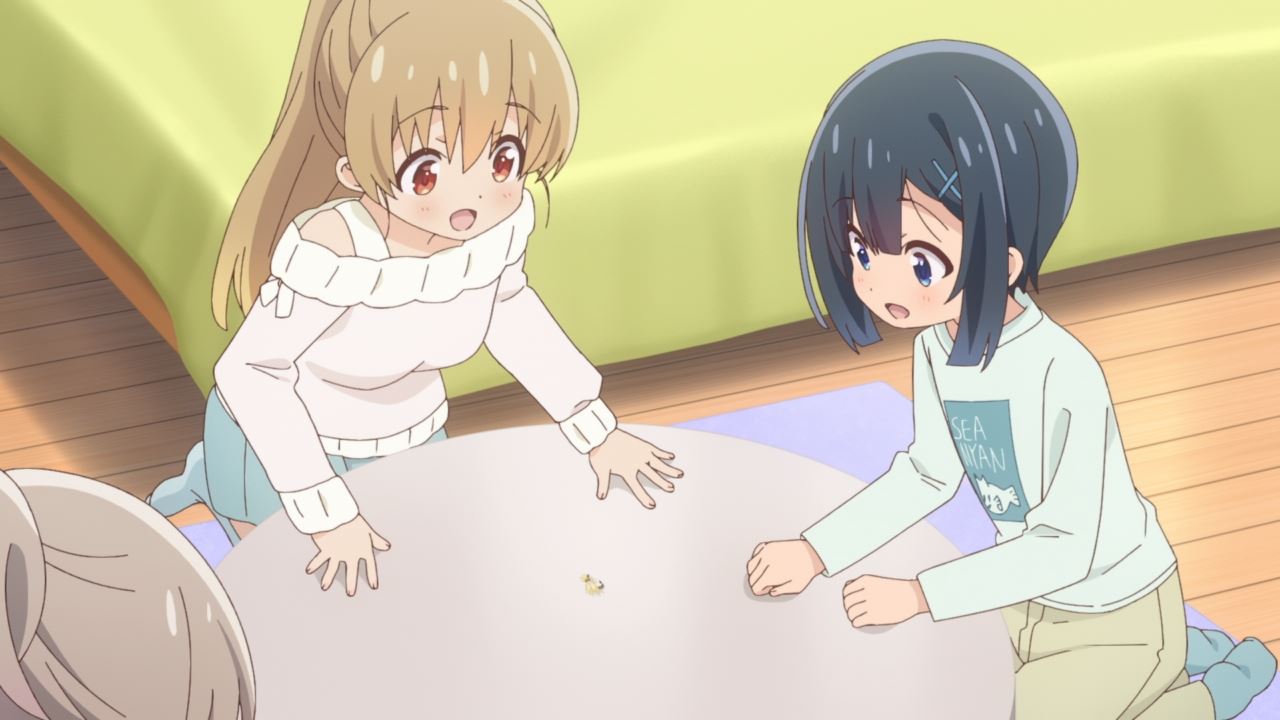 Anyways, both Koharu and Hiyori are really impressed by Koi’s fly making skills that they want to learn it from her.

By the way, I forgot to tell you that Koharu’s birthday is coming up and Hiyori needs to give something special to her step-sister. 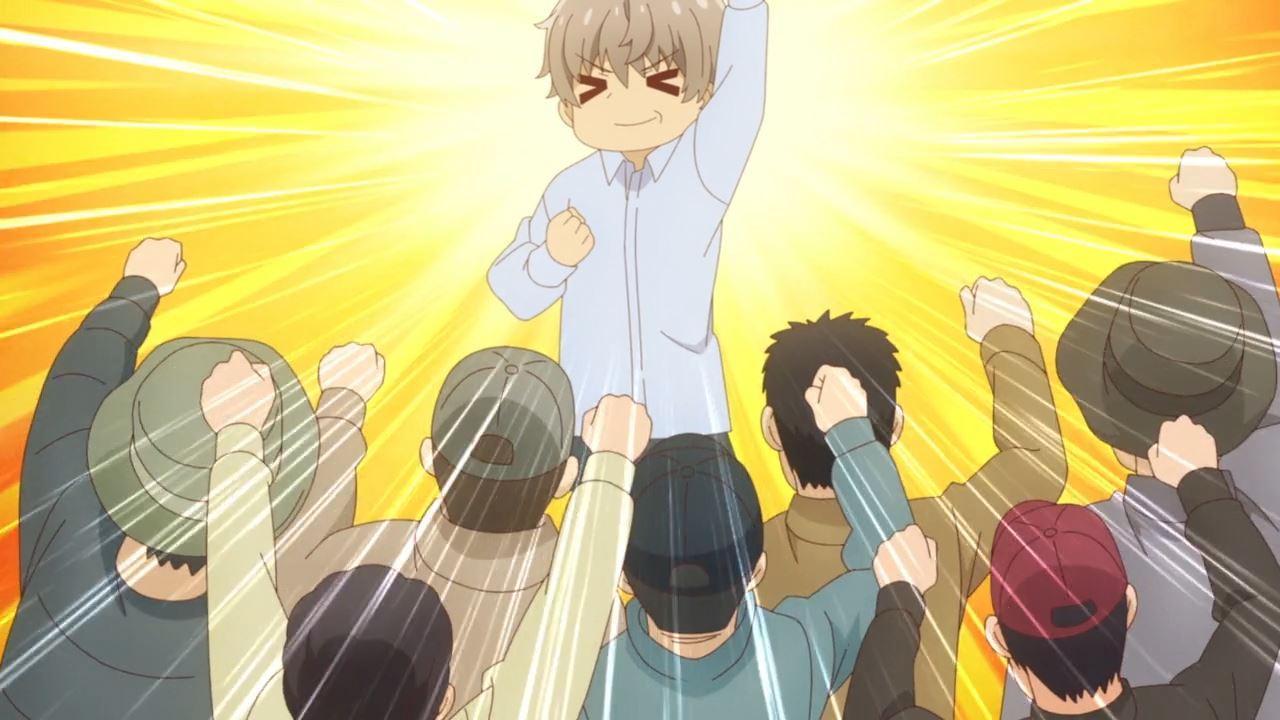 And that’s by participating in an one-fly fishing contest hosted by yours truly, Ryouta Yoshinaga. The rules are simple where anglers must catch a fish within a hour while using a single fly.

Oh yeah, and they have interesting prizes where the 2nd prize will be a robot vacuum cleaner. As for the grand prize? It’s a mystery. 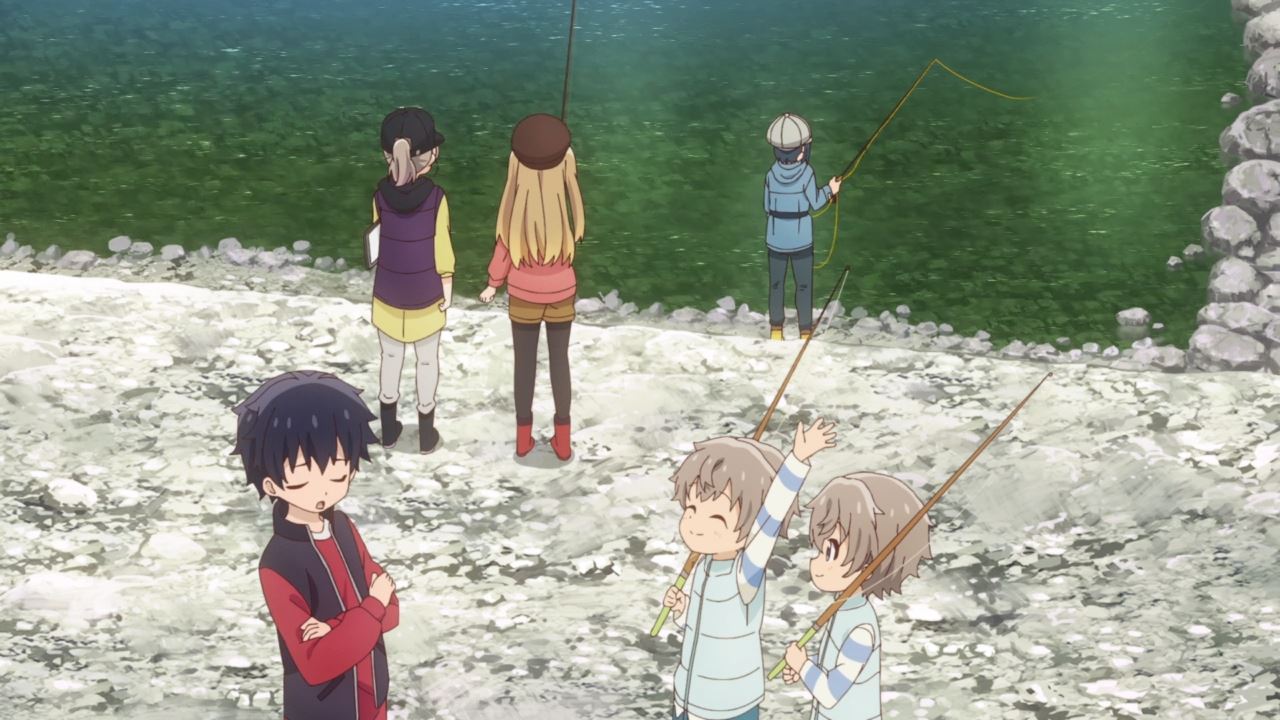 Still, the competition near the river is family-oriented where you have the Yoshinaga family enjoying the atmosphere. Heck, even Niji and Tora wanted to catch a fish. 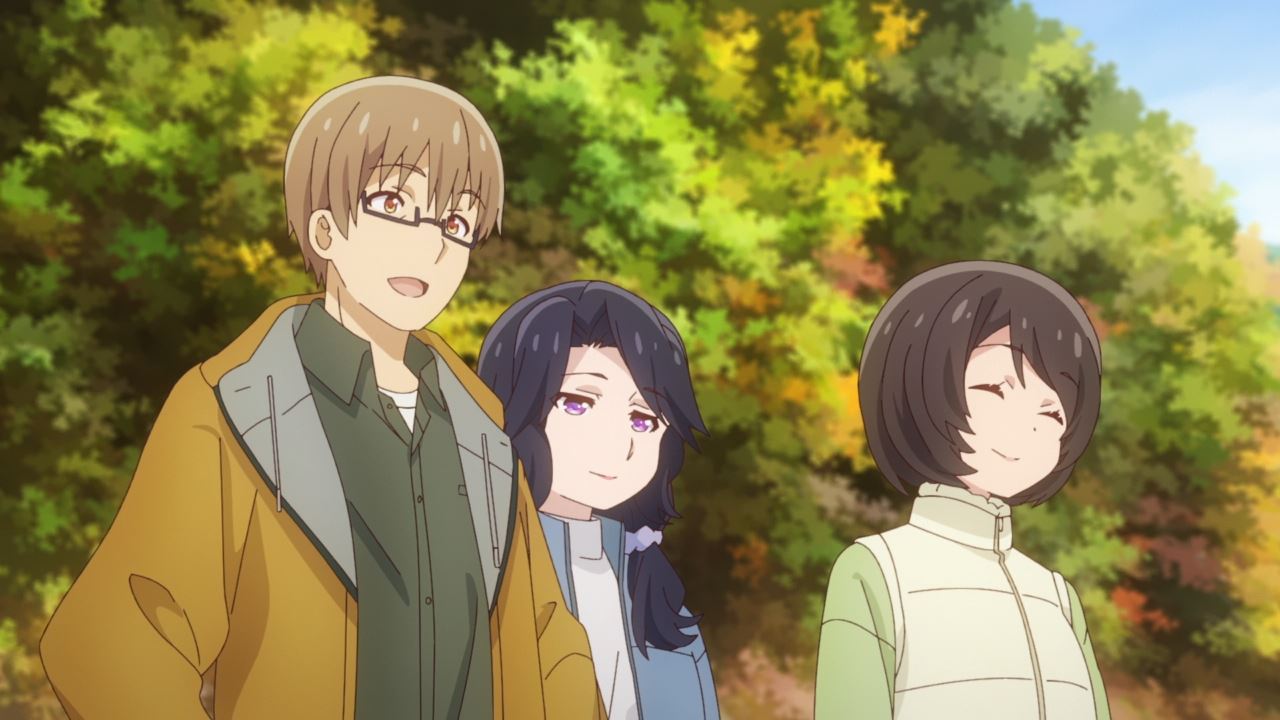 Meanwhile, you have the likes of Issei, Hinata, and Reiko who are satisfied watching their respective kids fishing near the river. Well, there are exceptions… 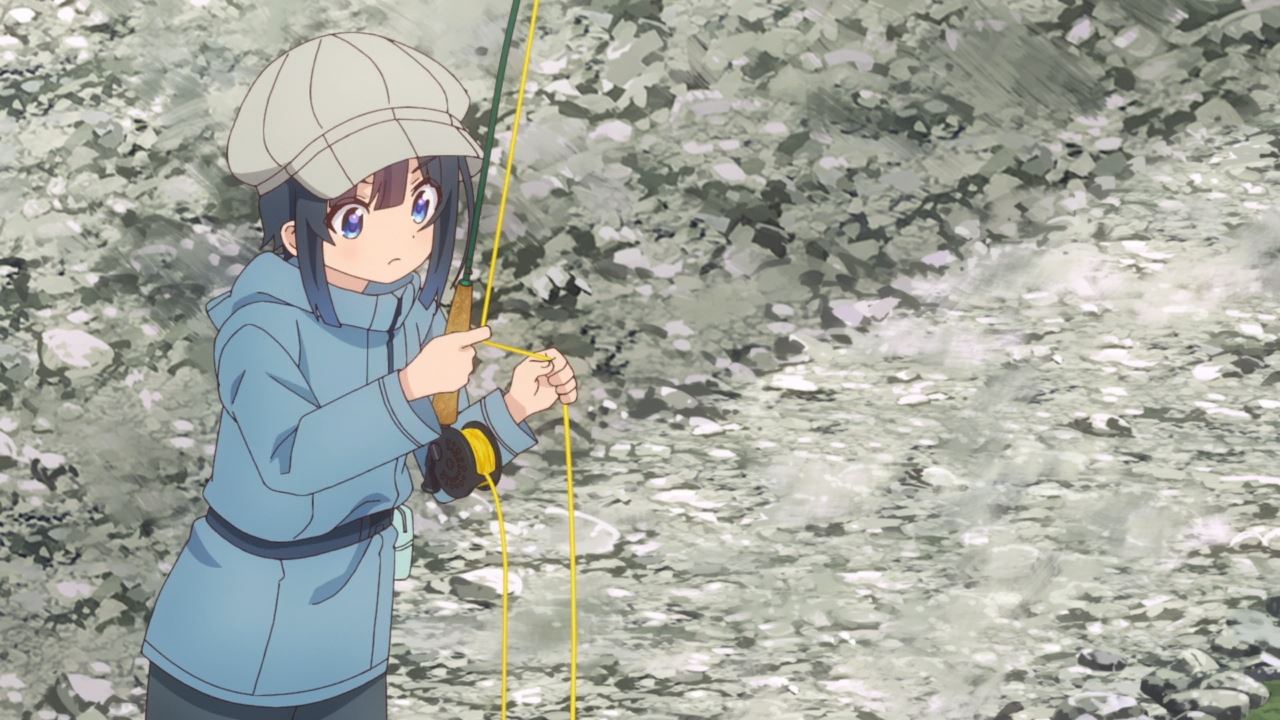 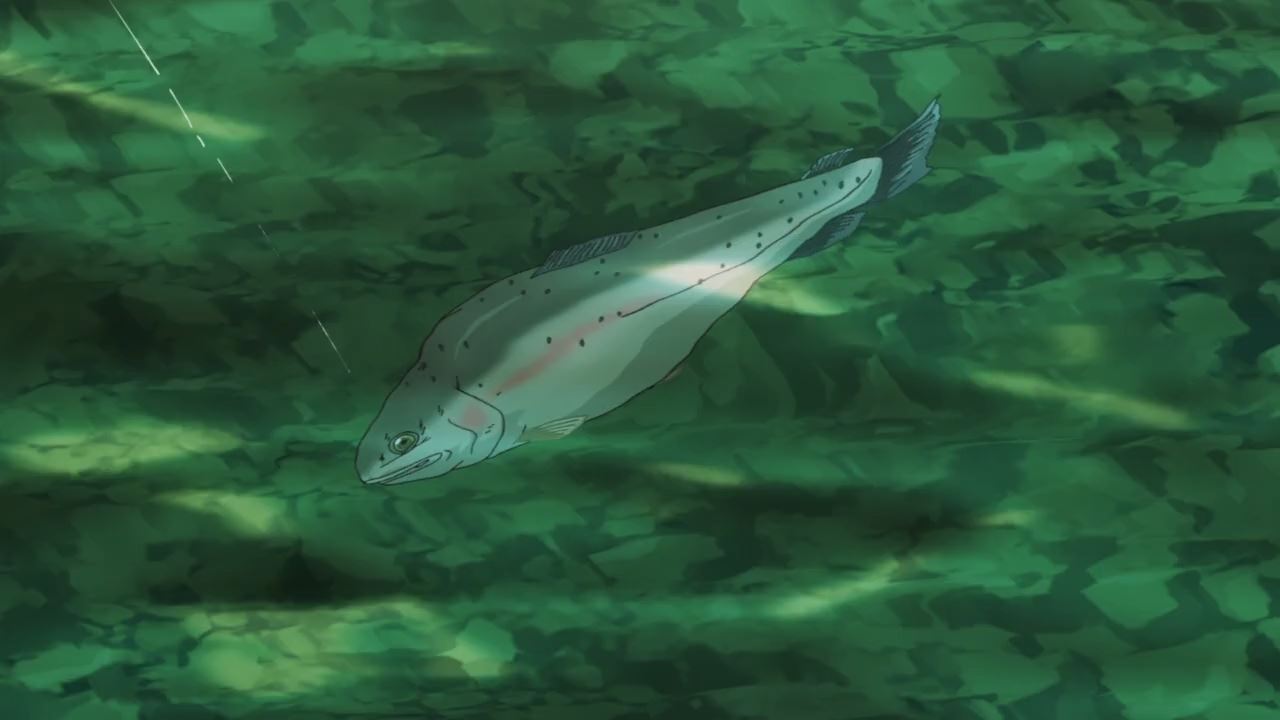 For example, you have Hiyori Minagi trying to catch a rainbow trout. Gotta show the competitors that she can catch a heavier fish than them. 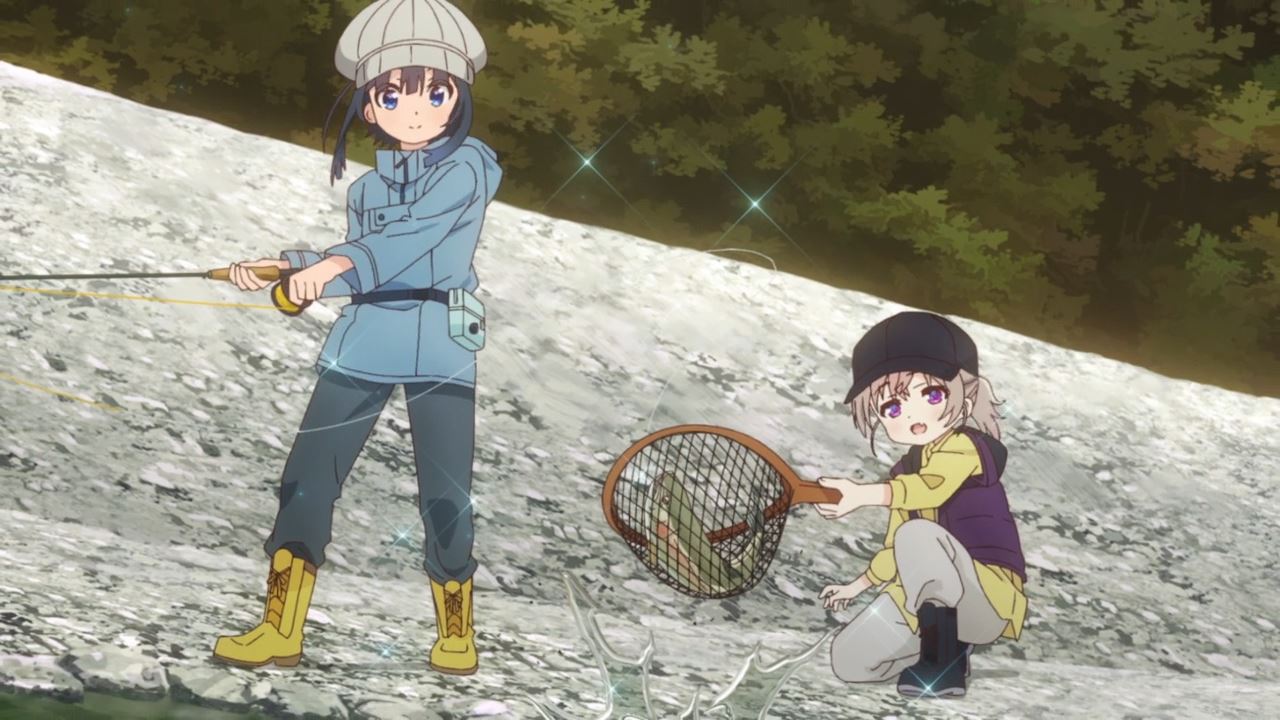 Oh yeah, and it looks like Koi Yoshinaga helped her friend out as Hiyori Minagi caught the largest fish today, meaning that she’ll win the competition for sure. 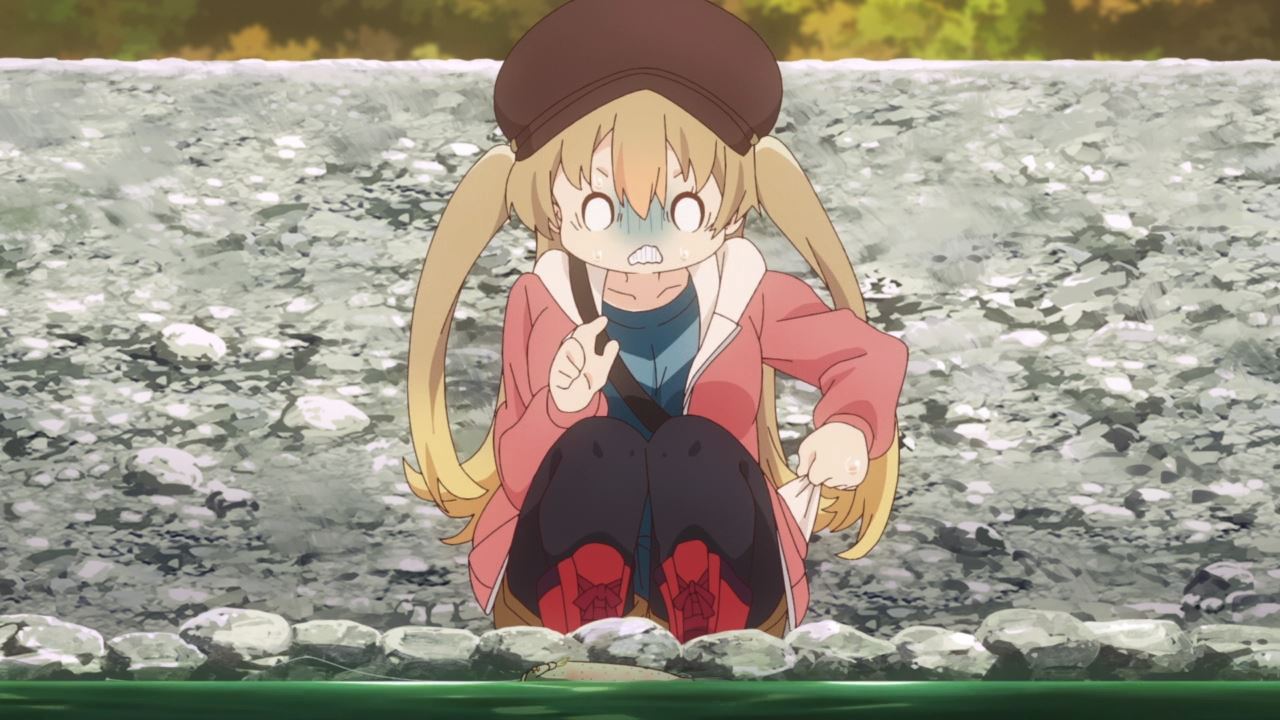 Meanwhile, we have Koharu Minagi where she lost something important. Oh boy, I bet that someone stole her wallet. 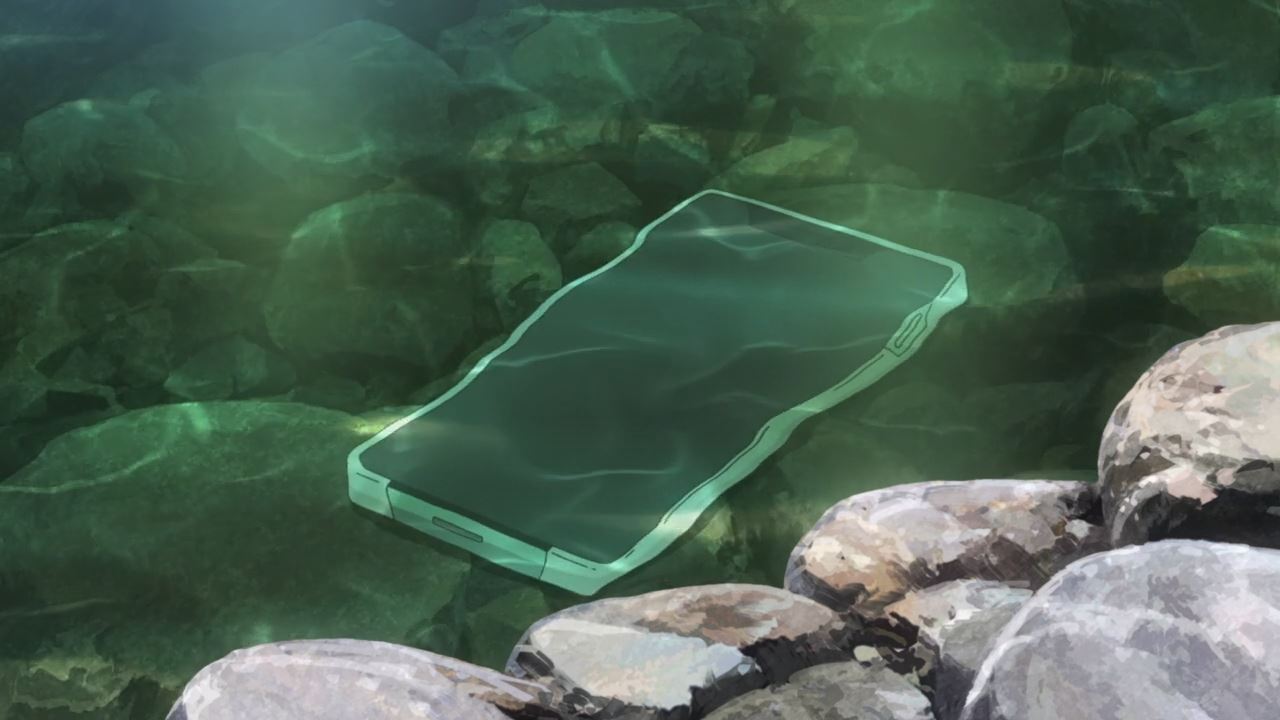 Just kidding, turns out that Koharu dropped her smartphone to the river. There goes her photos that she took throughout this show. 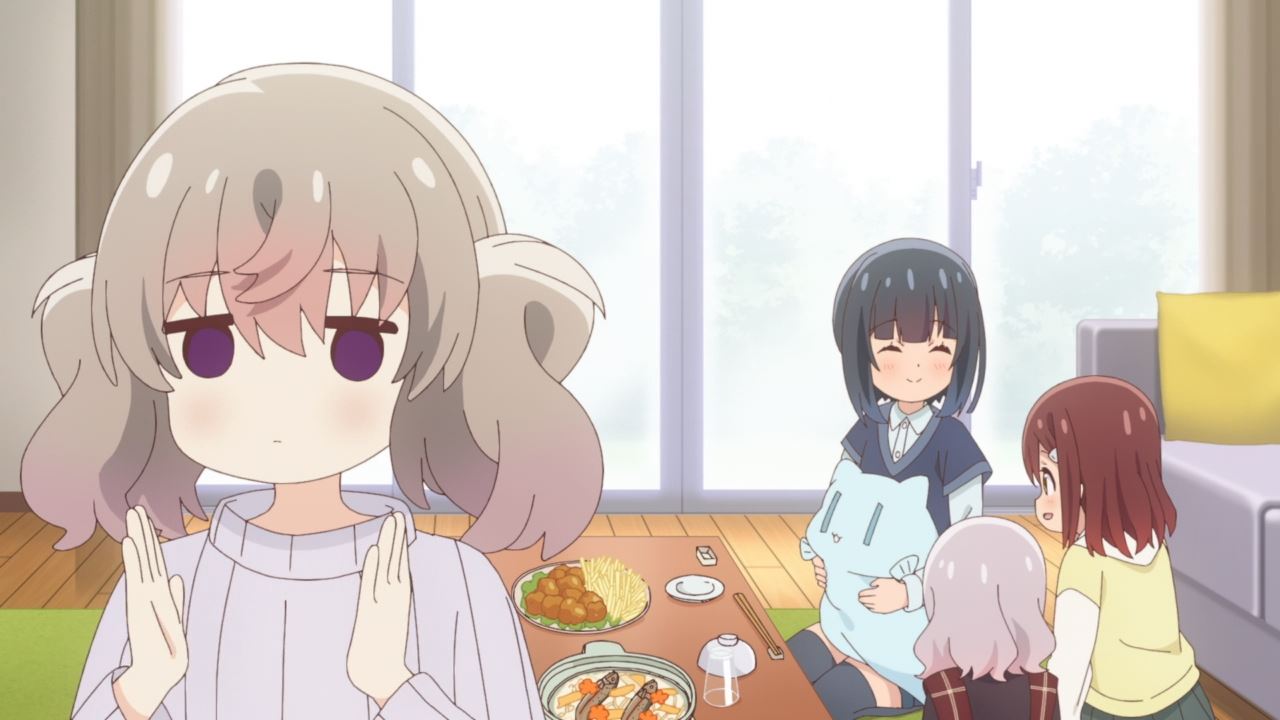 Oh yeah, about the grand prize for catching the largest fish in the competition? It’s actually a large plushie where Hiyori is currently holding it.

Um Hiyori-chan, what about Koharu’s birthday present? What are you gonna give it to your step-sister? 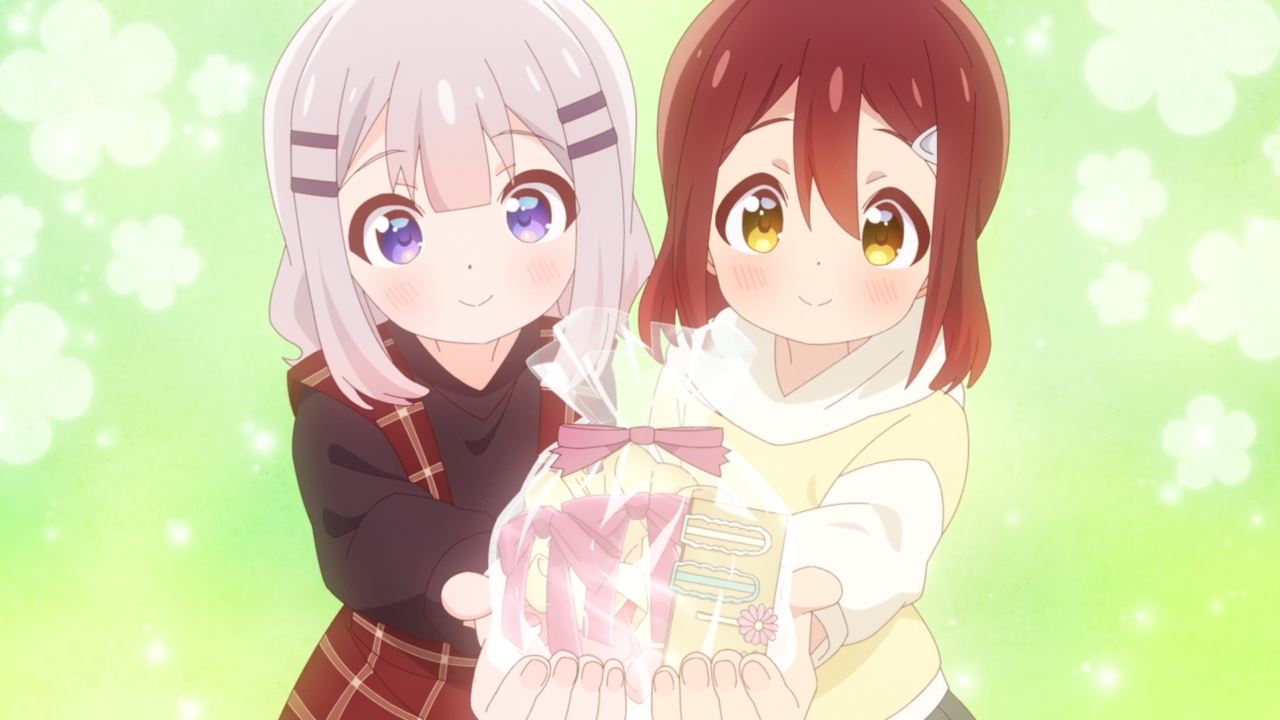 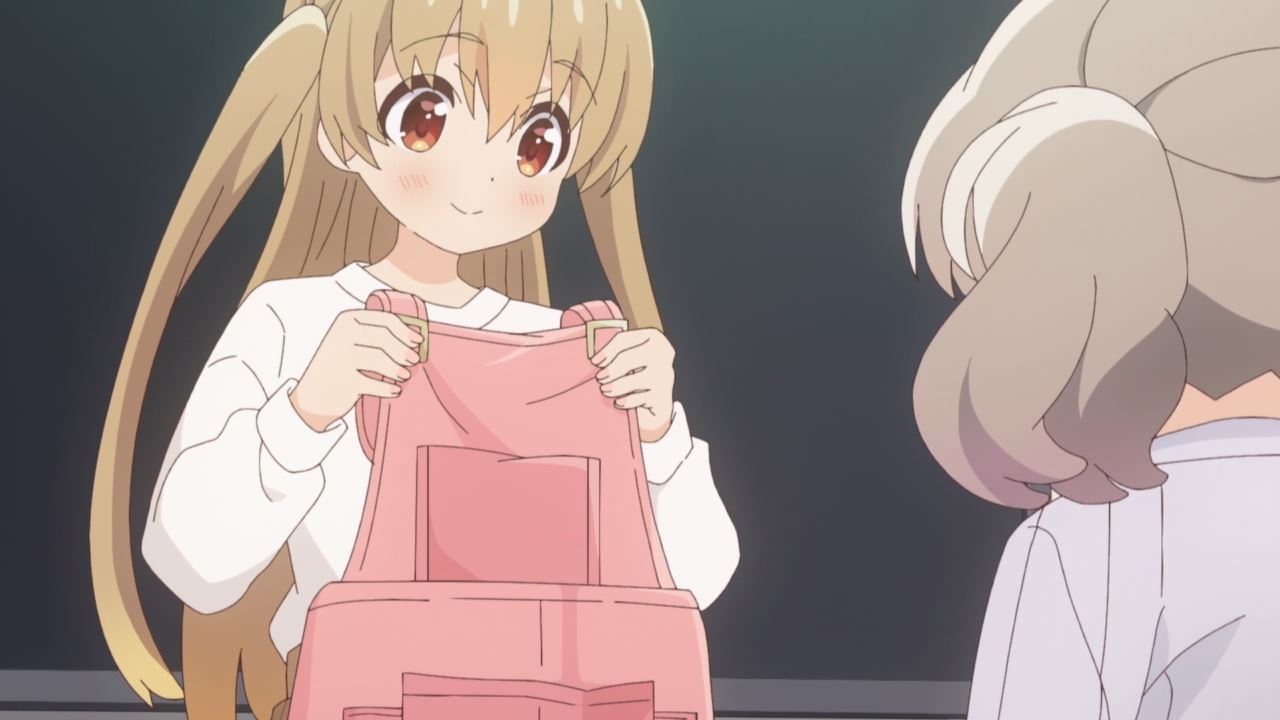 But speaking of Koharu’s birthday, looks like Futaba Fukumoto, Aiko Ninomiya, and Koi Yoshinaga gave her some nice gifts.

Still, I really wish that someone would give her a new smartphone as a birthday gift… 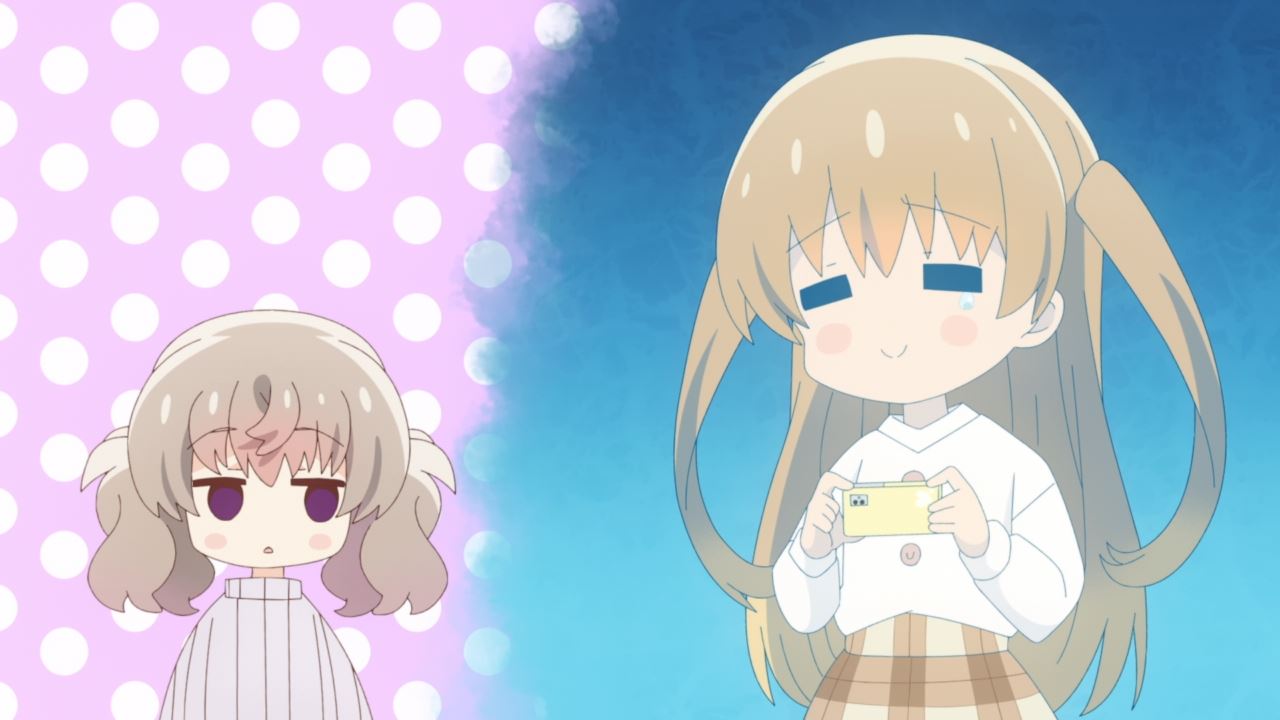 Oh wait, Koharu already bought one with her one money. But still, the fact that she can’t recover her photos is really frustrating. 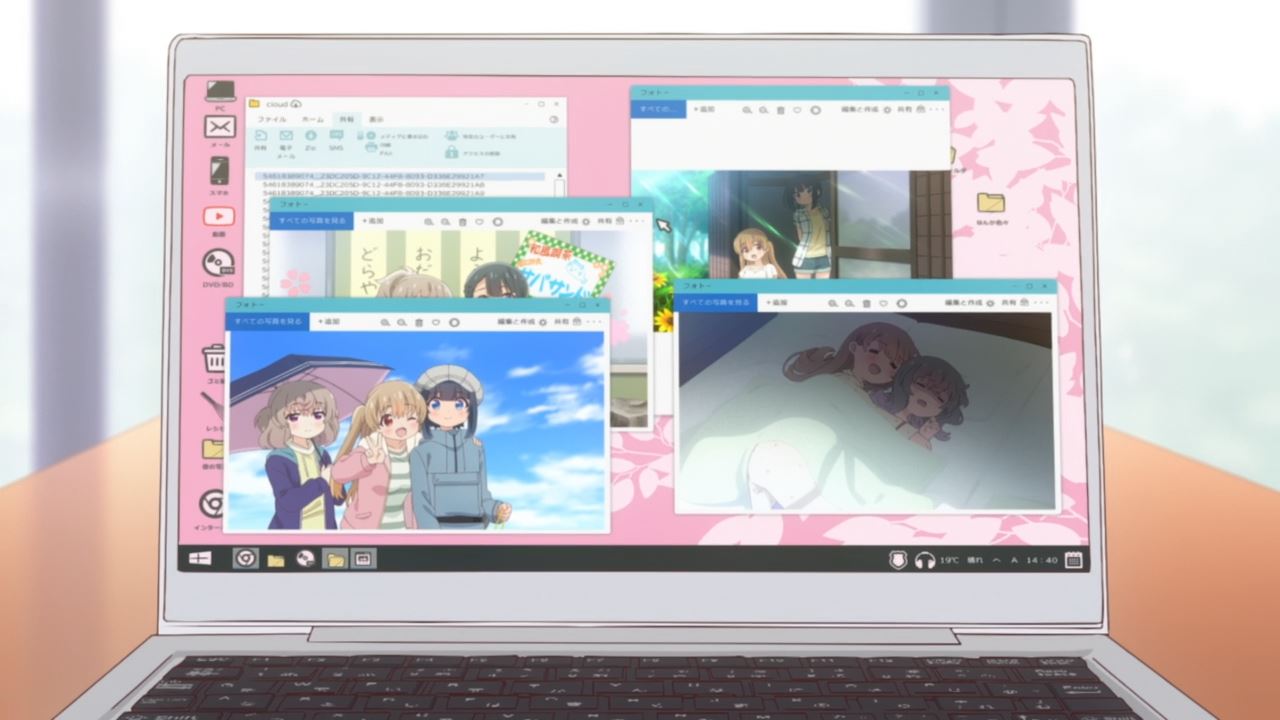 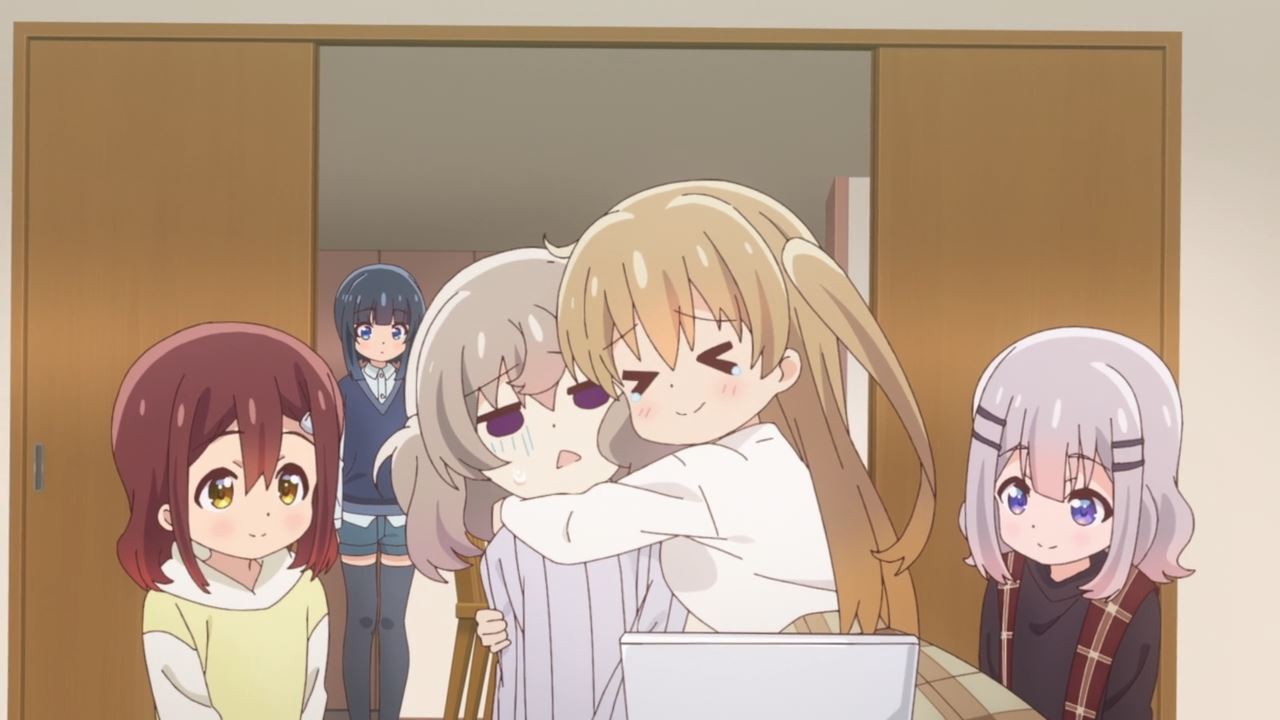 However, Koi-chan introduces her to the world of cloud storage where Koharu can finally retrieve her lost photos.

Just make sure that she’ll save it on her laptop ’cause who knows when will a cloud storage service close its doors. Now then, when will Hiyori gave her present to Koharu? 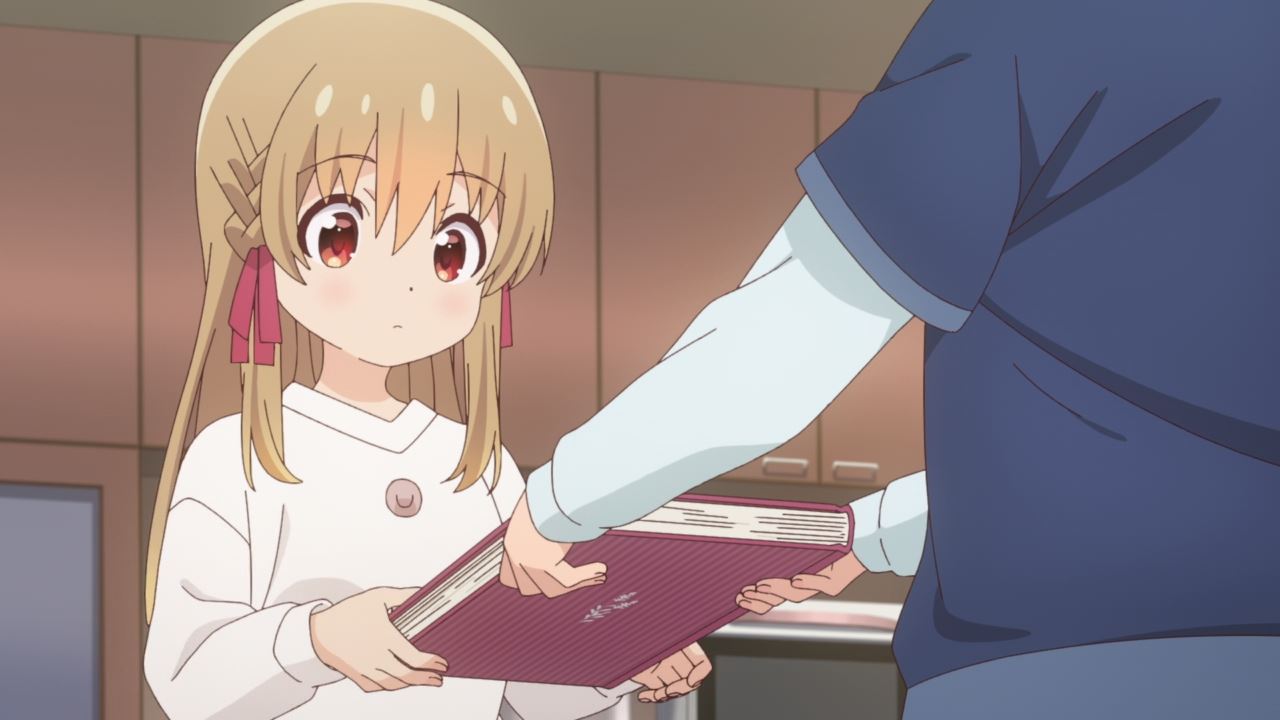 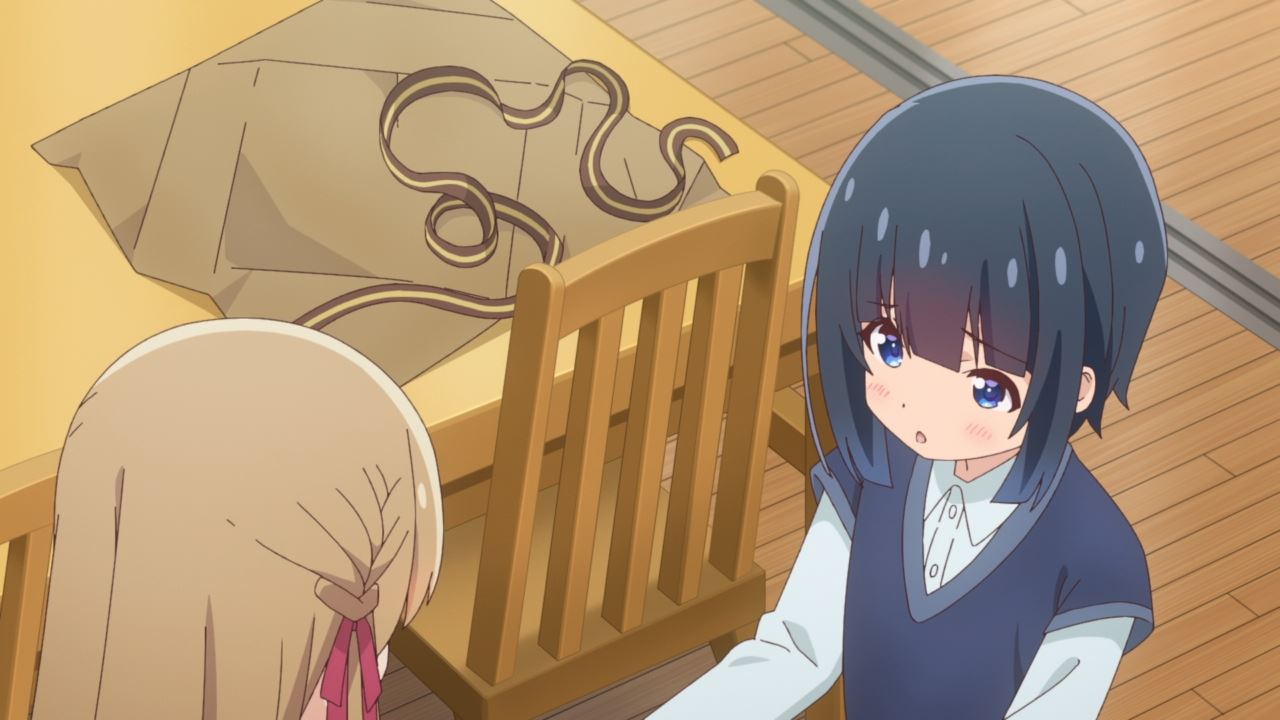 Oh wait, she already did as Hiyori gave a new photo album to Koharu as a birthday gift. And the reason for choosing a photo album is because she wants to treasure those new photos.

That was really nice from Hiyori-chan but wait a minute, do they have a photo printer? 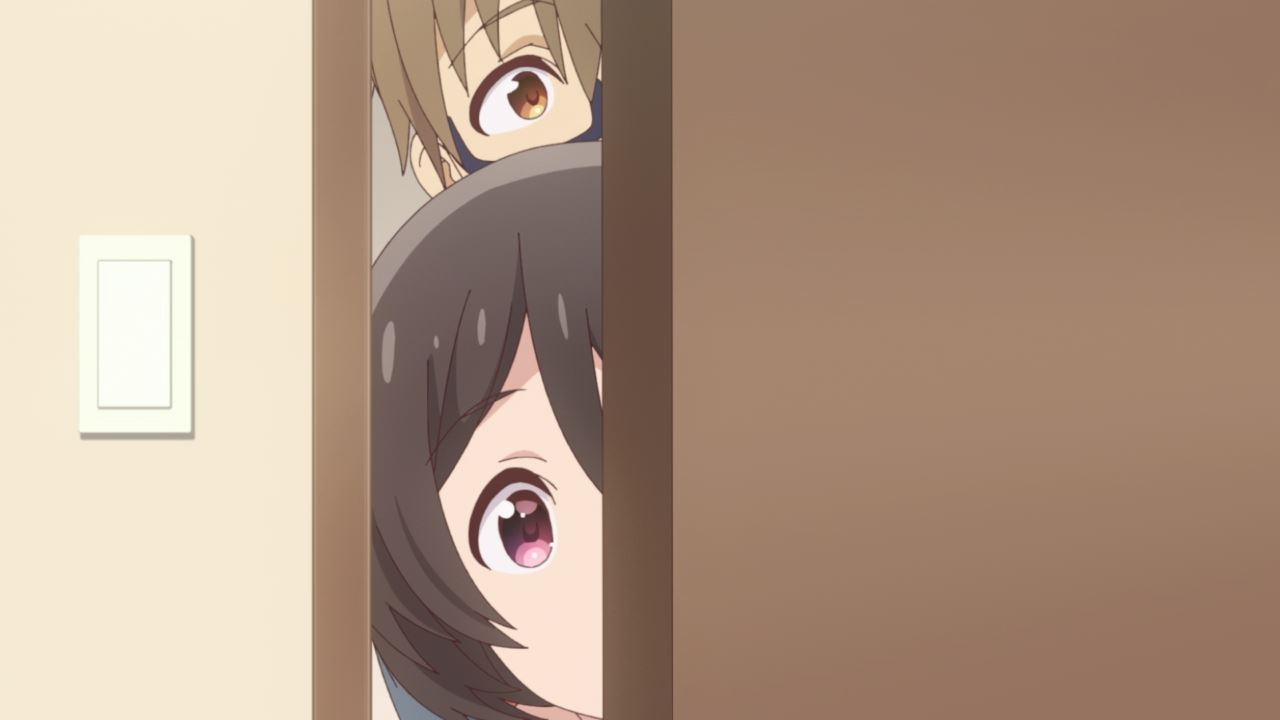 One last thing, looks like Issei-san and Hinata-san took a peek at their daughters. I wonder what are they doing? 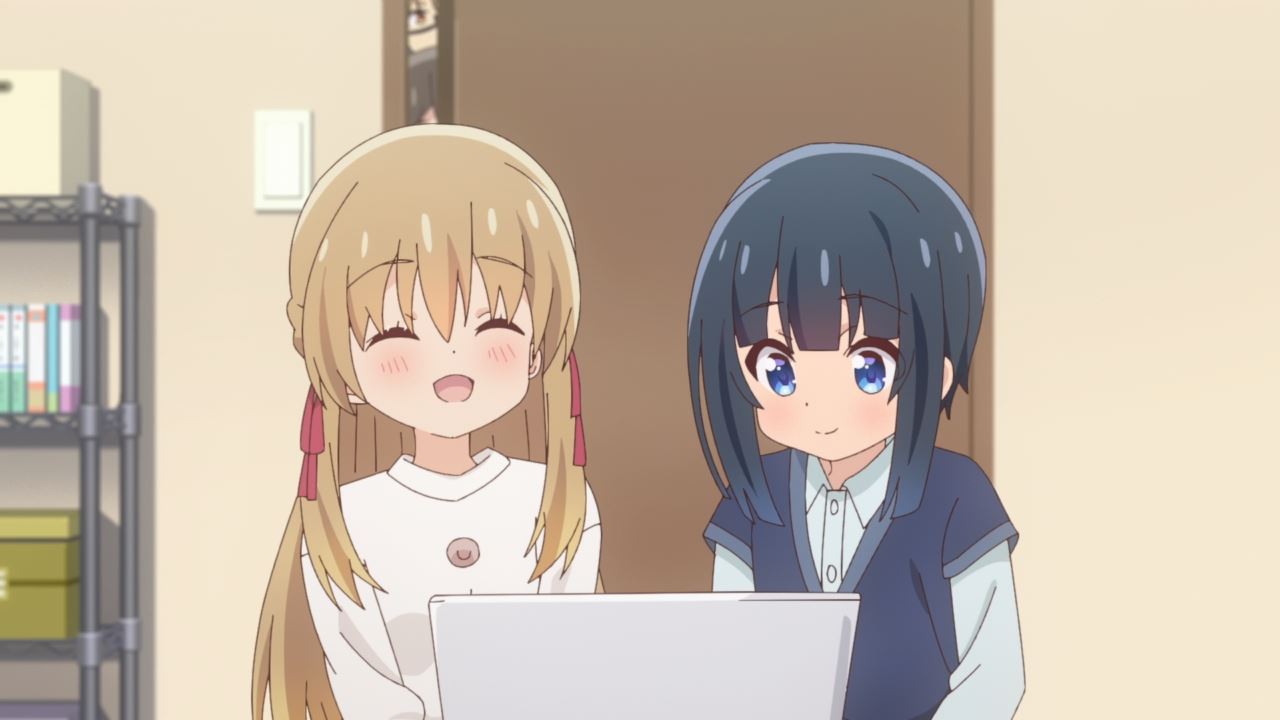 Oh, they’re selecting the best photos for their new album. Isn’t it sweet to end this show on a happier note?

But that’s the end of Slow Loop and while it’s nice to see cute girls fishing with some occasional camping trips, it’s pretty fascinating to see the sibling bond between Hiyori and Koharu despite not being blood-related. Oh yeah, and the Fukumoto sisters show some sibling love too, although I still doubt towards Ichika since she’s a party girl most of the time.

Meanwhile, I have to say that Koi Yoshinaga is the most mature character in the series as she’s not only responsible for taking good care of her siblings, but also both Koharu and Hiyori when it comes to fishing tips even though she doesn’t engage in the hobby unlike her father Ryouta.

Overall, it’s a nice and relaxing show and for those who watched Yuru Camp, give Slow Loop a chance ’cause you won’t get disappointed.