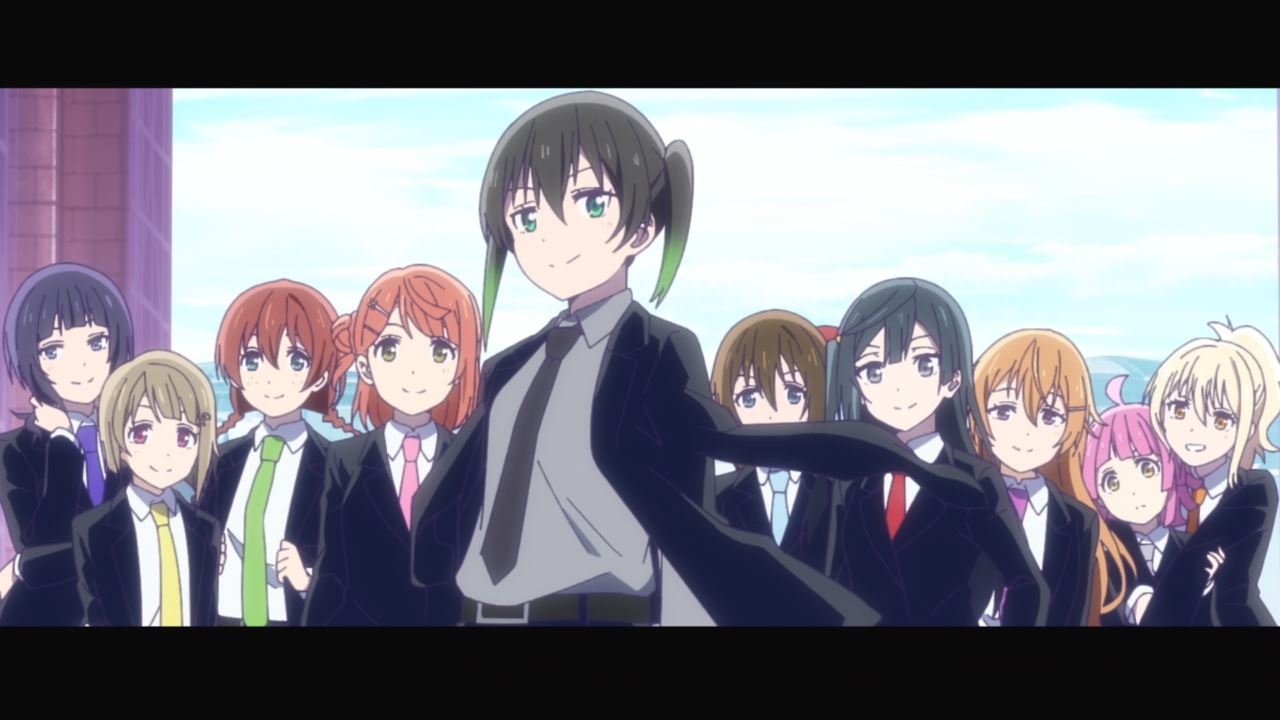 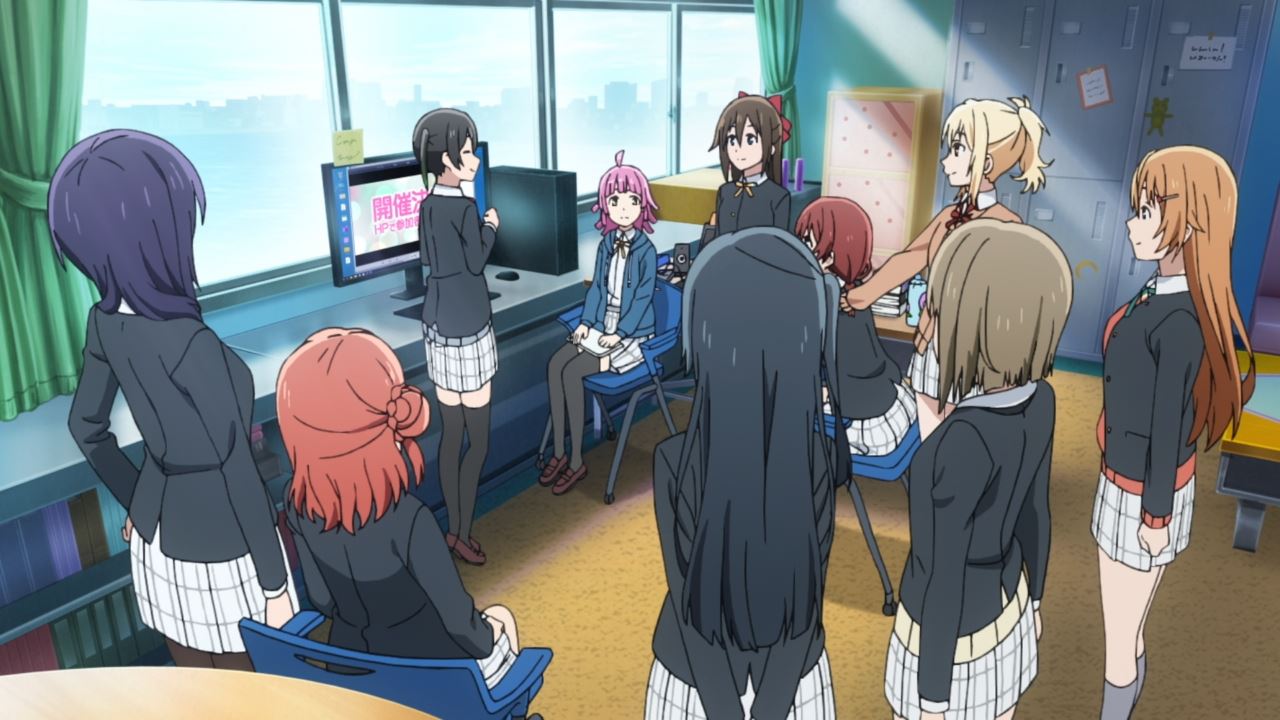 In fact, the Nijigasaki High School Idol Club made it as a promotional video for the 2nd School Idol Festival which will appear during the open campus session. I mean, they poured their heart and soul on making a video.

By the way, Yu Takasaki is still busy with her studies at the music course. While it’s fine that studying hard to become a better music producer, I hope Yu-chan still have some time for her club. 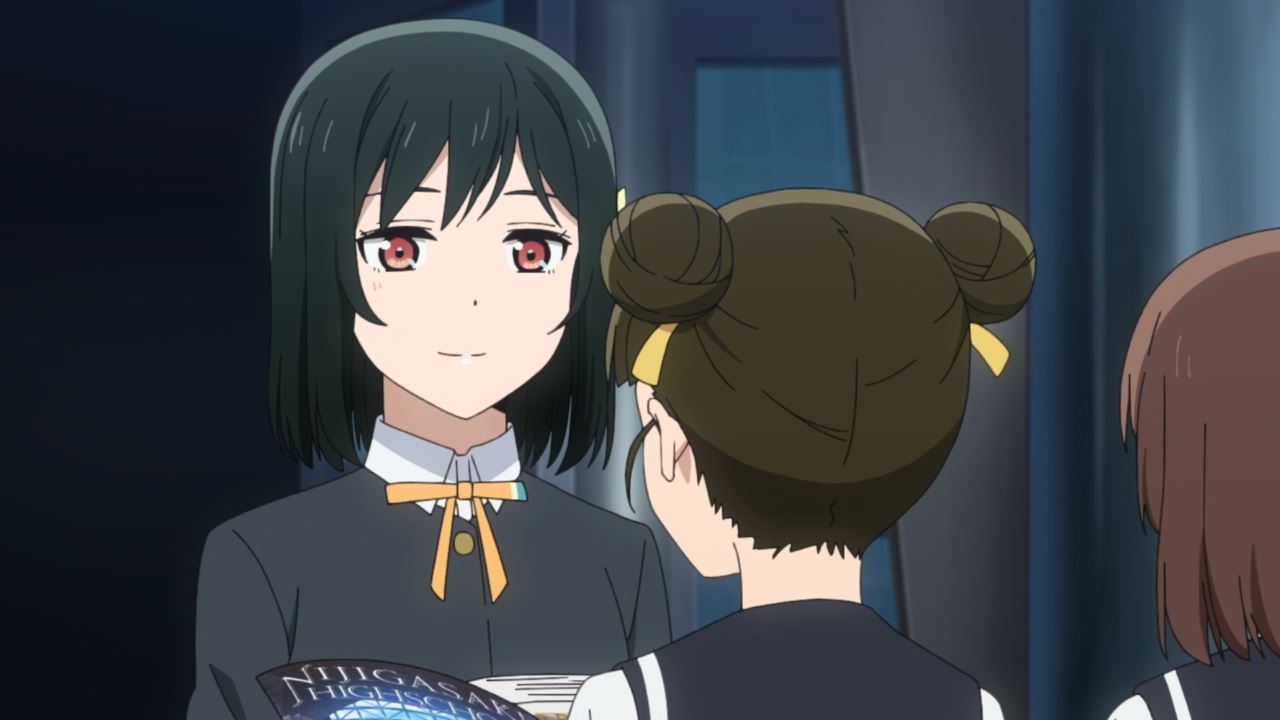 Meanwhile, time to introduce some new characters starting with Shioriko Mifune where she’s poised to be the next student council president… or so I heard. Of course, Shioriko isn’t only new character introduced. 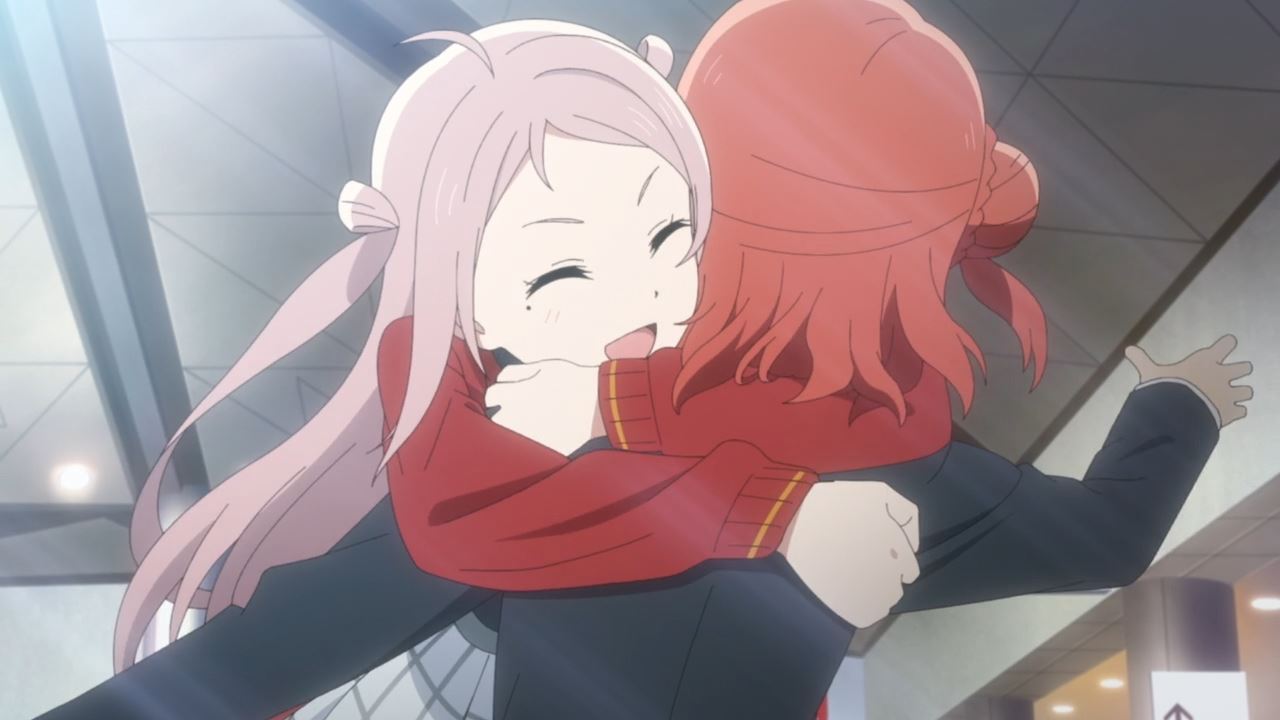 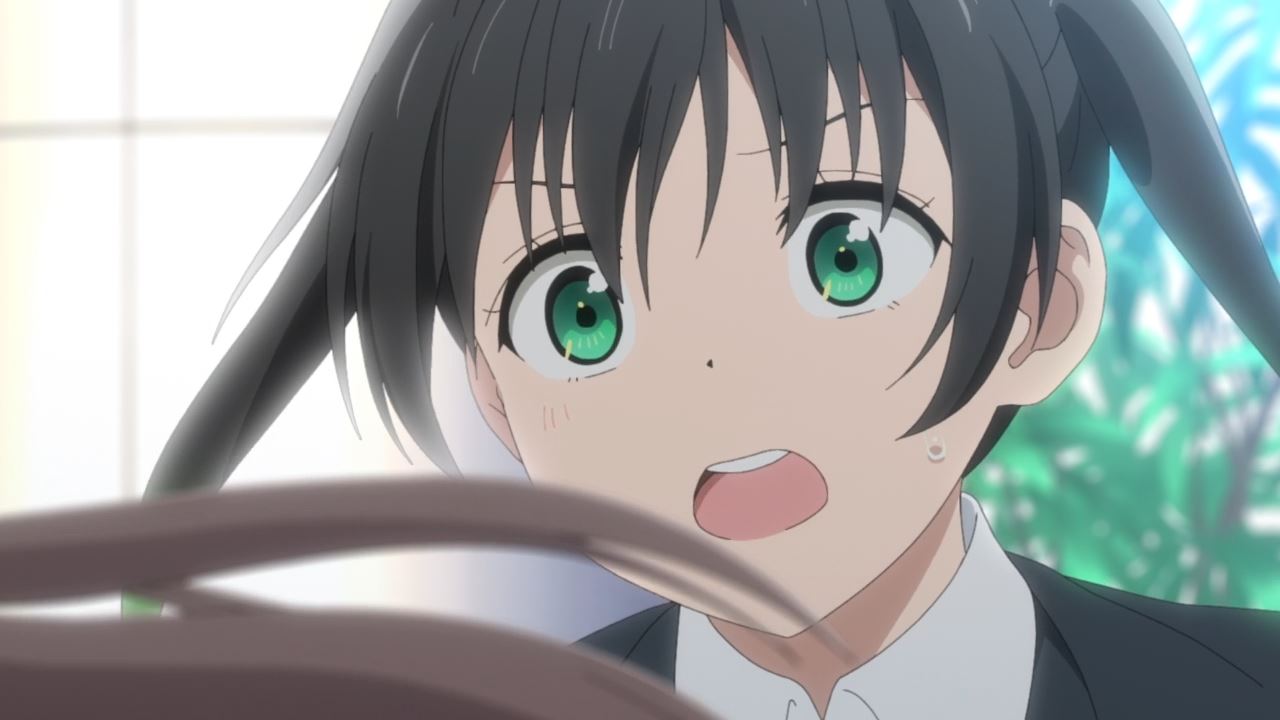 And while Yu Takasaki is surprised that Lanzhu wants to become a school idol, I have to say that Yu-chan is being cucked there as Lanzhu Zhong took Ayumu Uehara from her. Just kidding on that part!

Now then, it’s time for the premiere of the promotional video that’ll be shown across the campus. 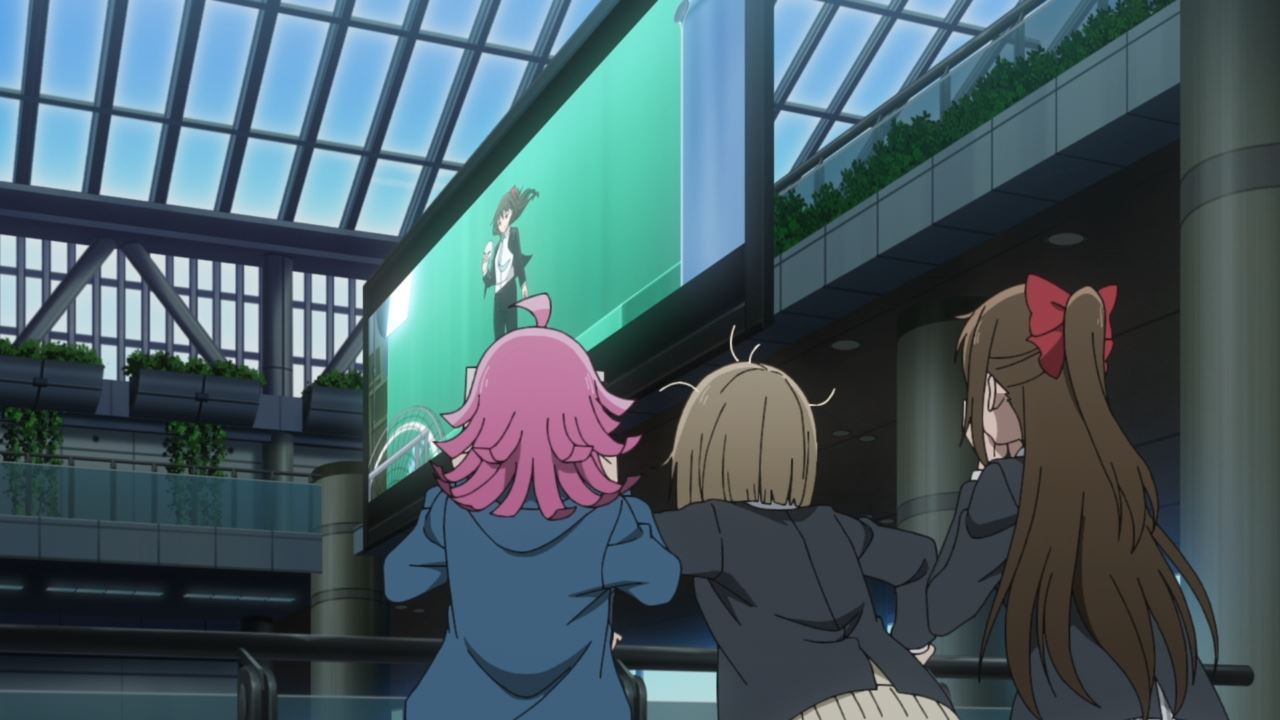 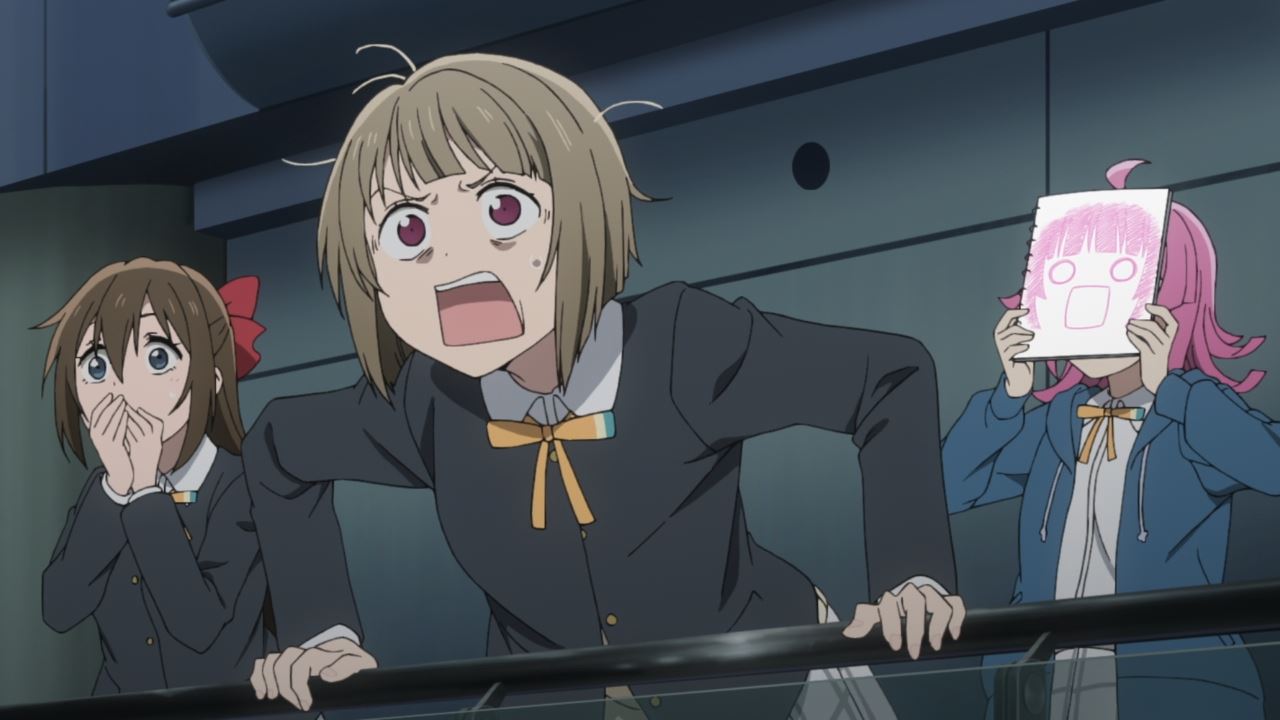 However, they end up showing the wrong video. Basically, they put the “making of” video instead of the finished product.

By the way, Kasumi Nakasu screw it up where she uploaded the wrong video. Bad Kasukasu! Anyways, looks like the school idol club are in a weird position. 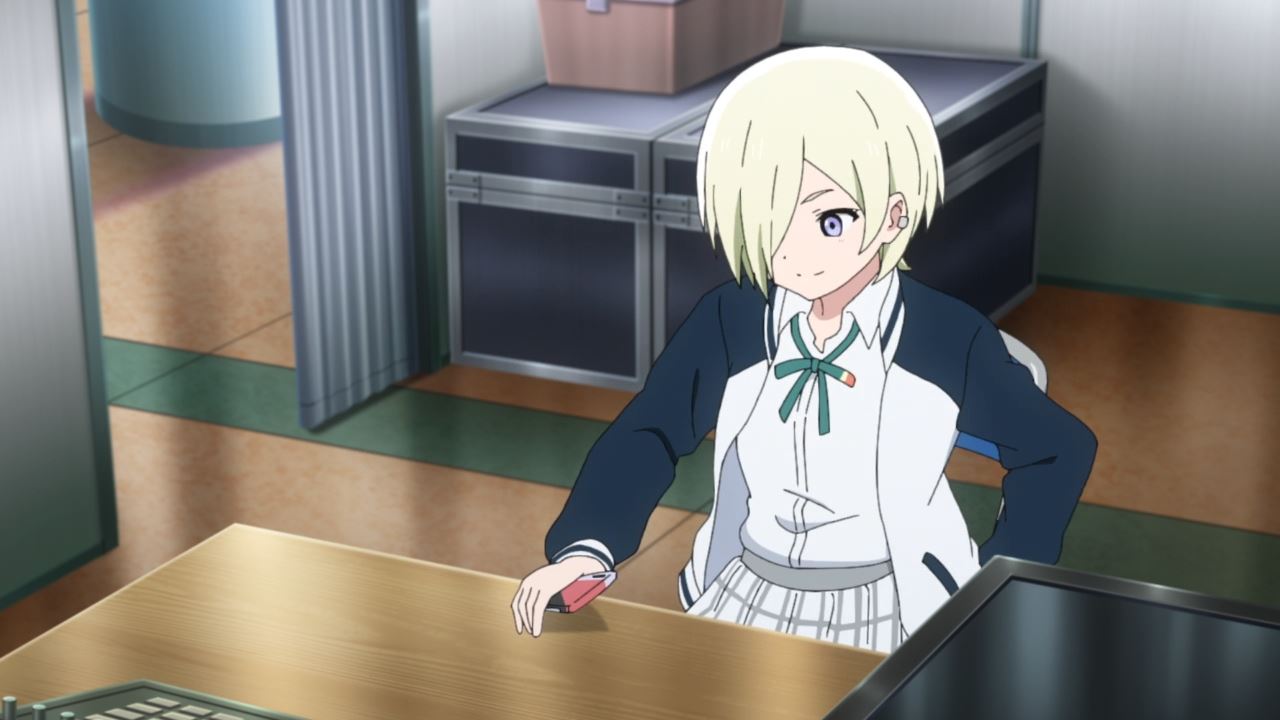 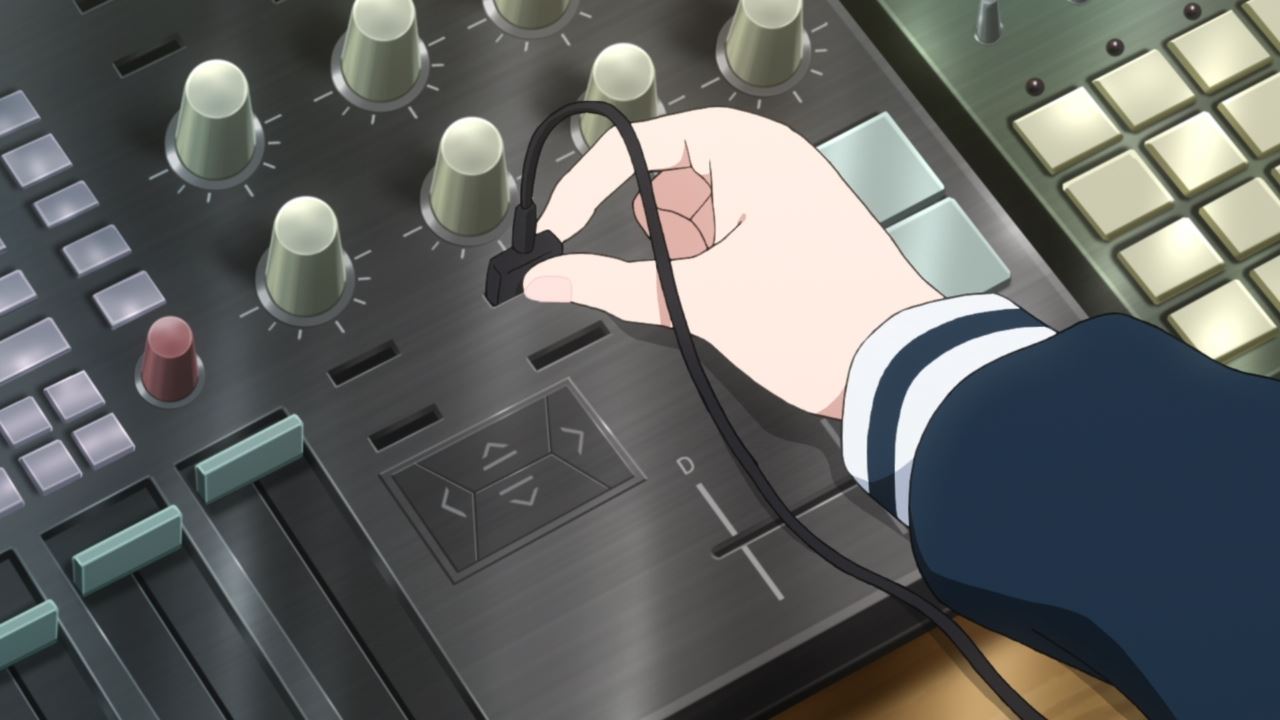 Fortunately, one of Lanzhu’s friends named Mia Taylor has arrived to save the day as she prepares a song for Lanzhu’s guerilla performance. Wait a minute, that doesn’t look right! 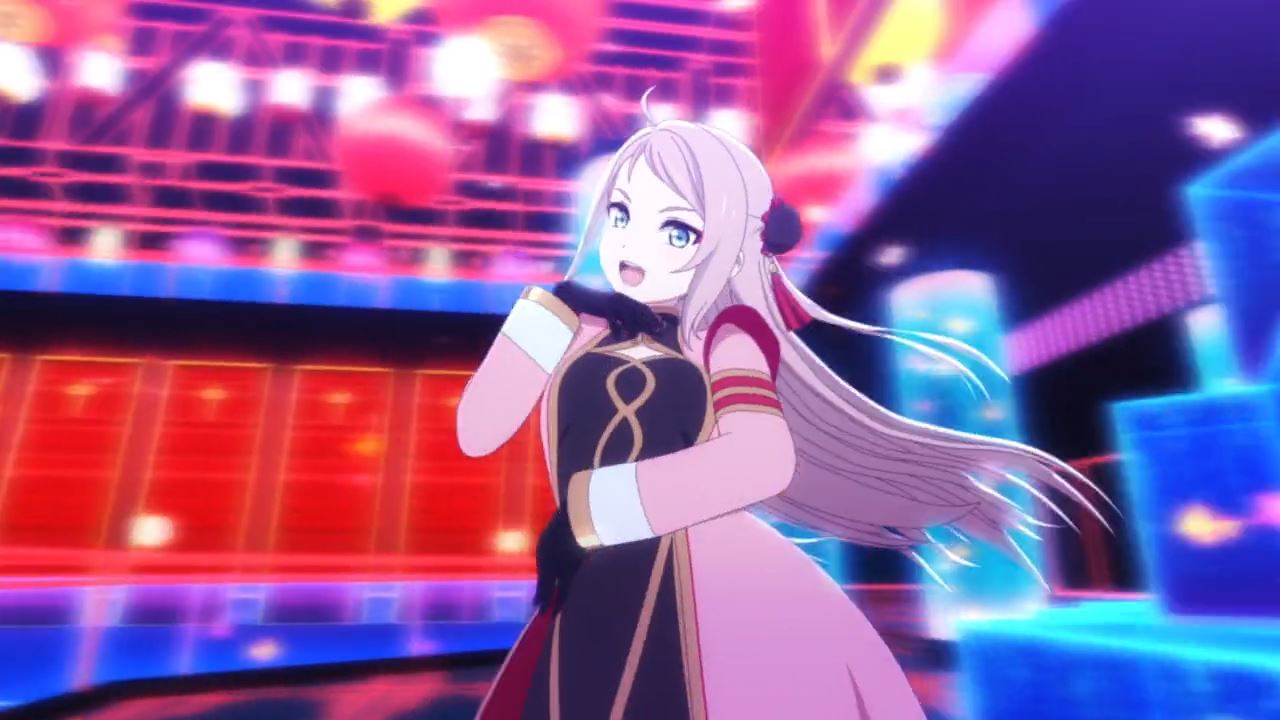 But here’s Lanzhu Zhong performing “Eutopia” in front of the crowd. By the way, Mia Taylor is a talented fellow where she composed this song for her friend. 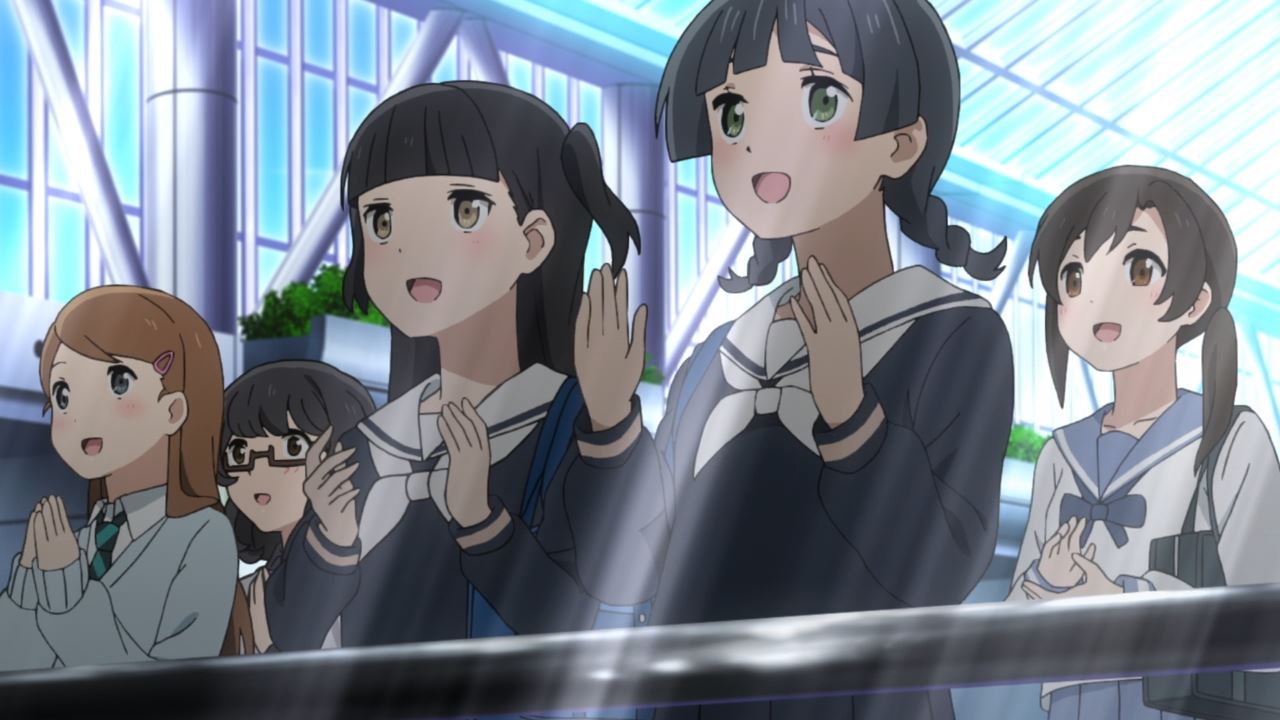 Anyways, the entire student body are impressed by Lanzhu’s school idol performance that some are assuming that she’s a new member of the school idol club. 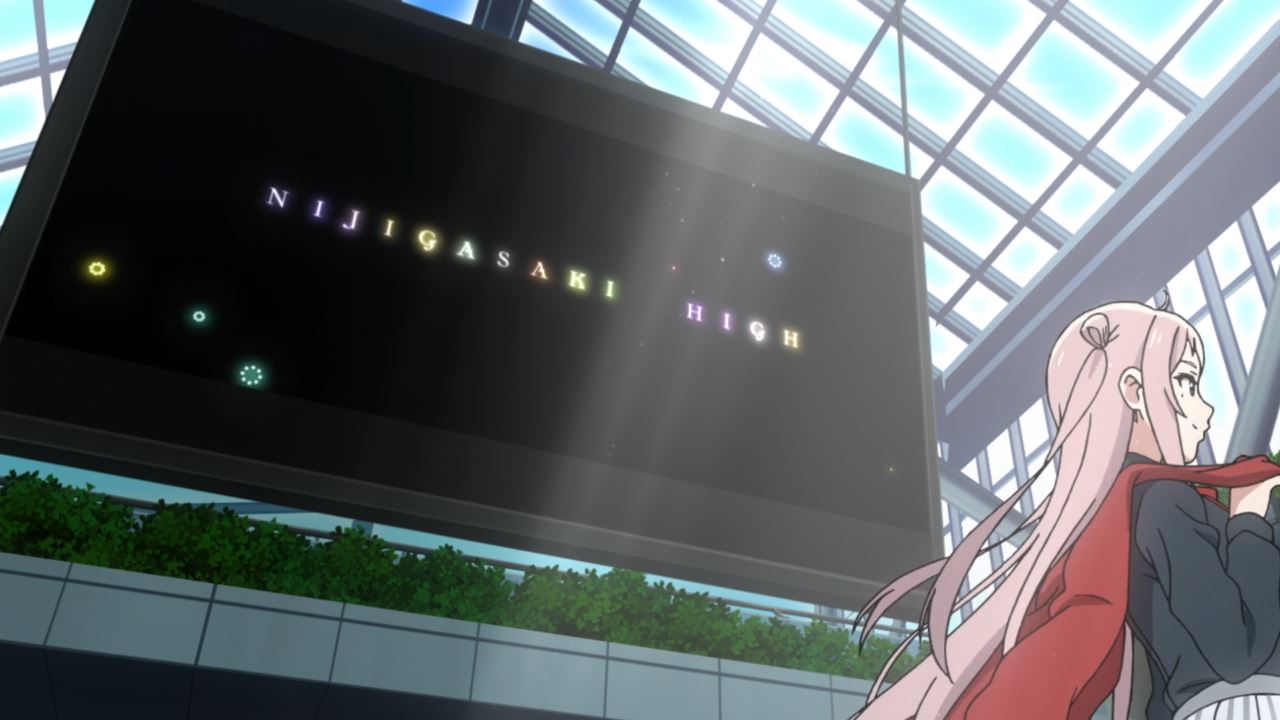 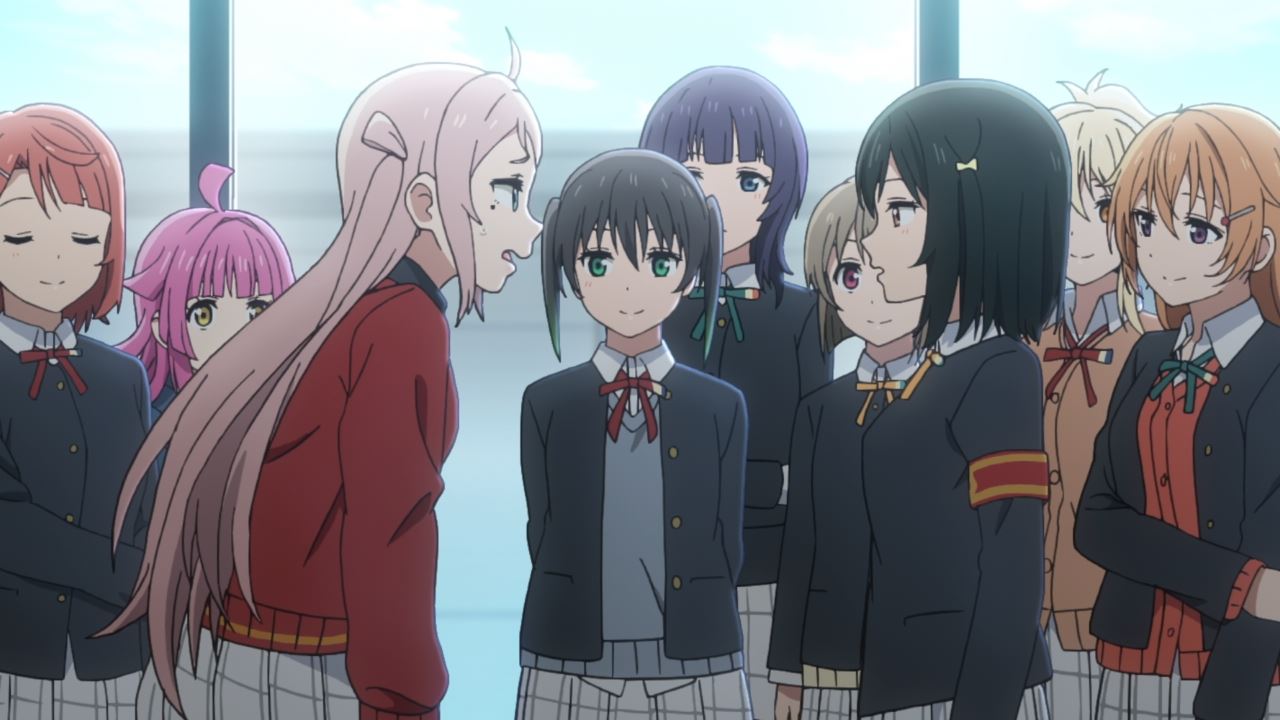 Come to think of it, I wonder if Mifune is part of the disciplinary committee? 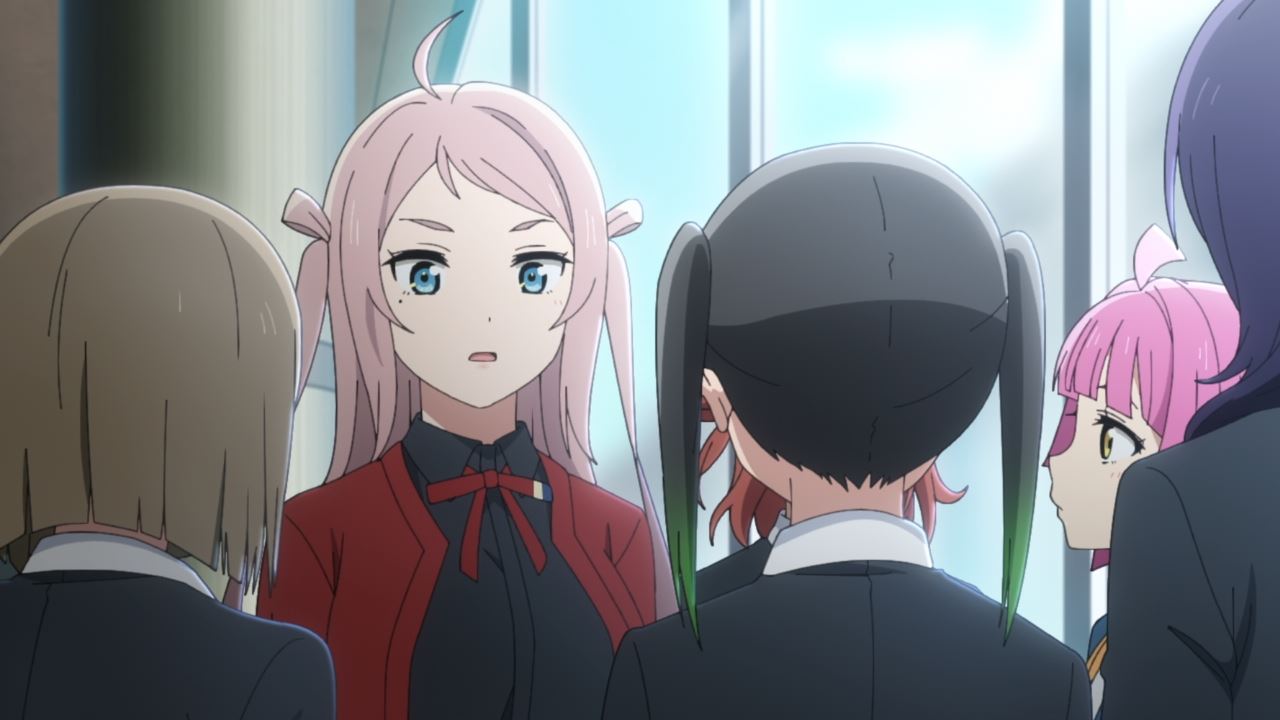 But let’s move onto Lanzhu Zhong where she’s quite disappointed that the school idol club screw it up with their promotional video premiere. Also, she doubted Yu Takasaki where Lanzhu sees her as not being a school idol.

With that said, looks like Lanzhu won’t be joining the school idol club as she’ll forging her own path. Um Lanzhu, does it include creating your own club too? 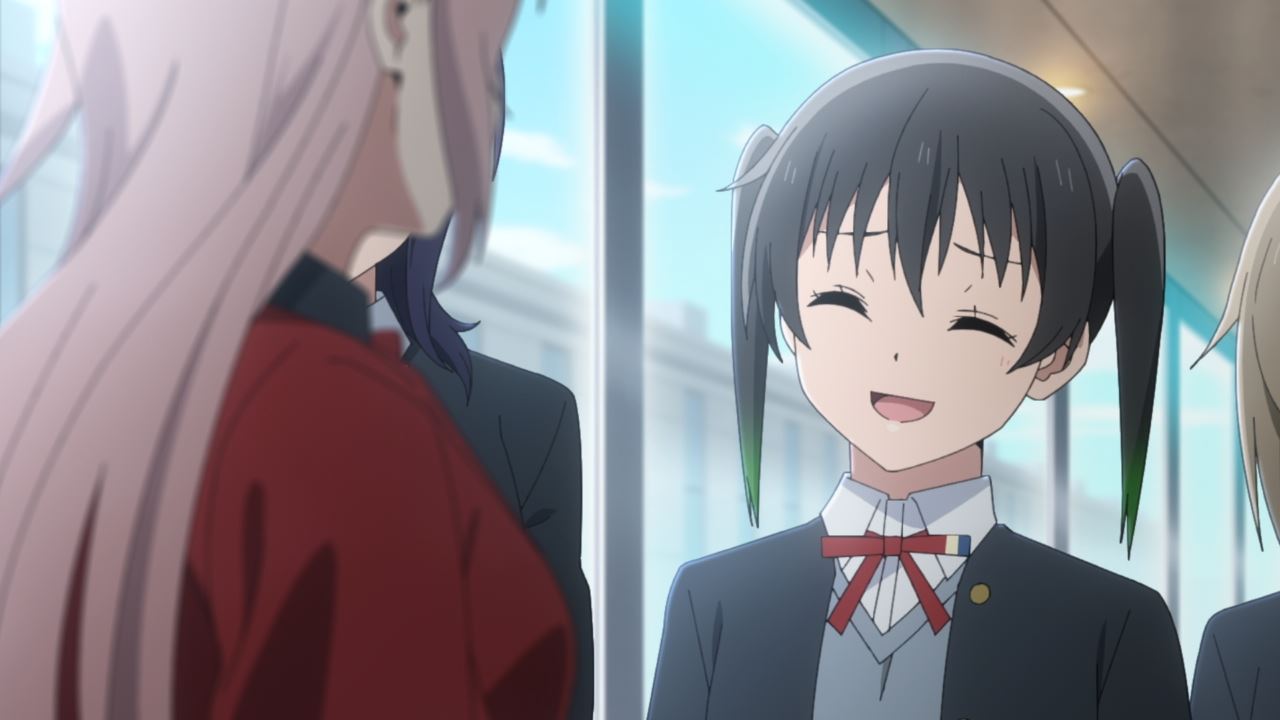 Speaking of Yu Takasaki, sure that she’s not a genius producer compared to Mia Taylor, but Takasaki has the heart of a true idol fan. Oh boy, I guess the infamous school idol civil war has begun in this second season! 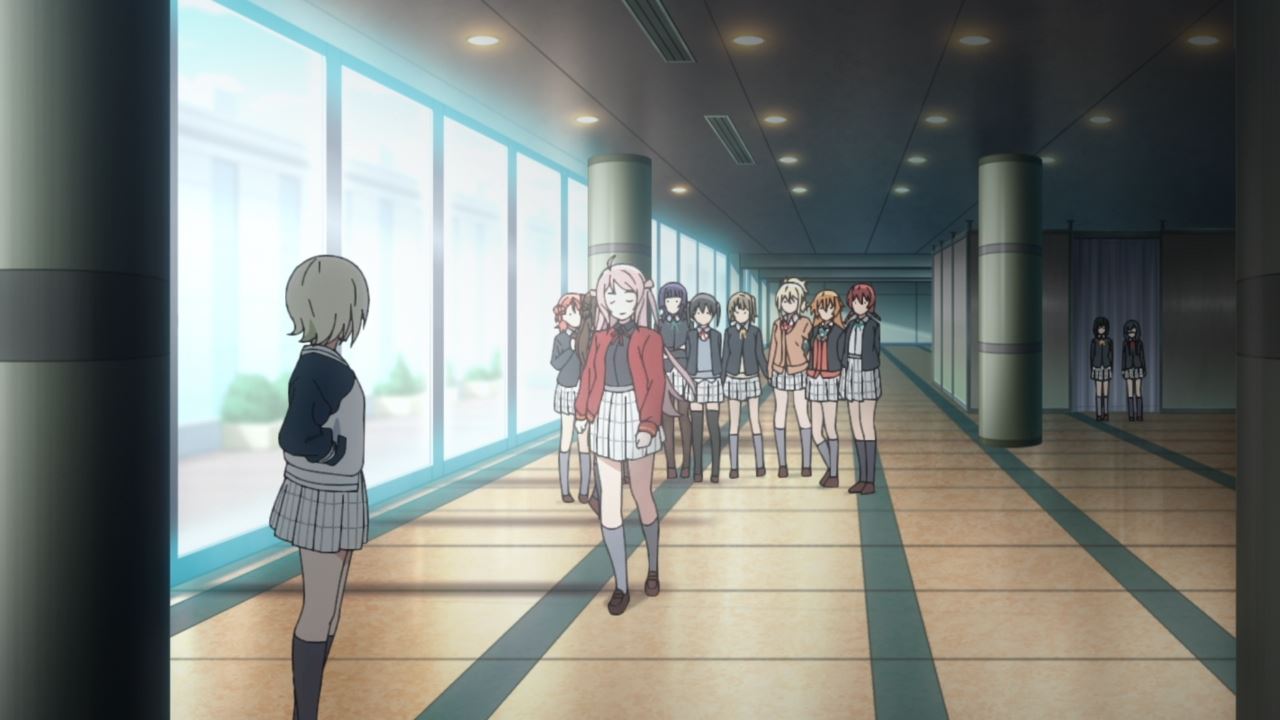 With that said, I have to say that Lanzhu Zhong wants to show everyone on what it takes to be a school idol in her own way, even as far using her fortune like recruiting a genius producer from the Taylor family to achieve her goals.

Of course, Yu-chan and the rest of the school idol club will show that it takes effort and a heart to become a school idol. But yes, it’s gonna be a battle between two idol philosophies in this 2nd season. Anyways, see you next time!