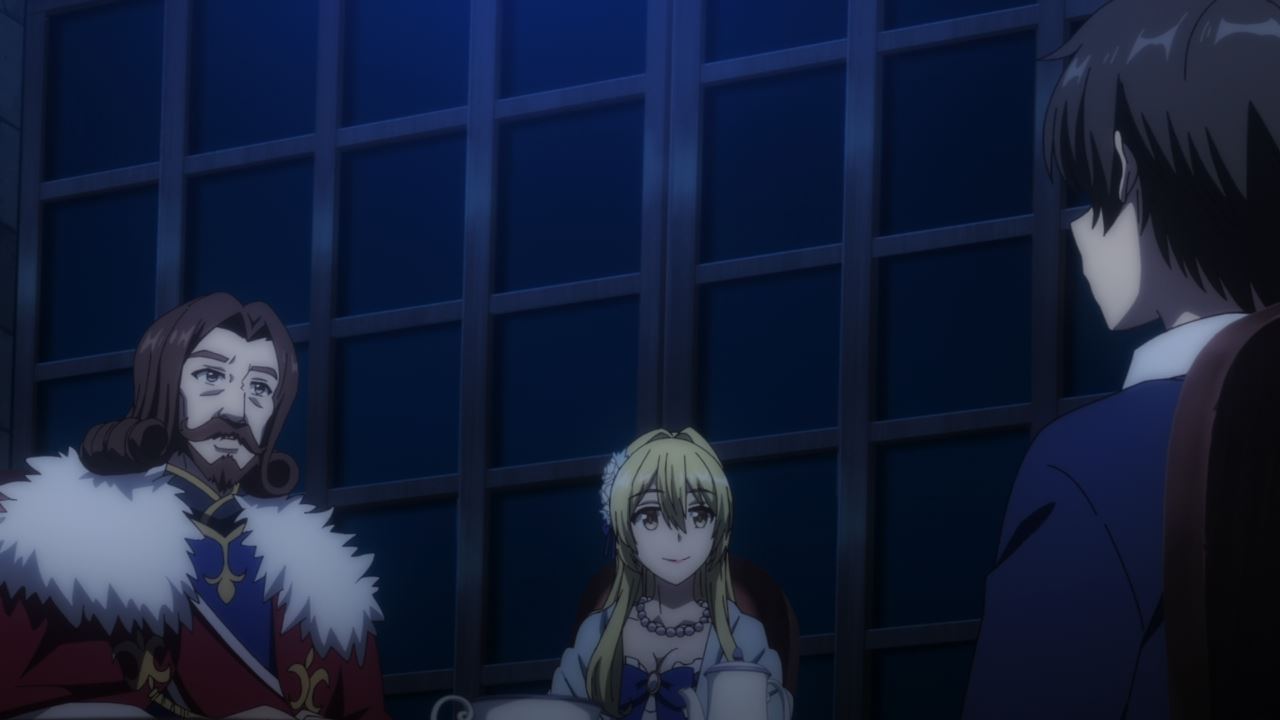 Here’s the moment we all been waiting for since Albert and Elisha Elfrieden hinted it back in Ep. 14. Now, Liscia’s parents will tell Kazuya Souma on why they chose him as the next king rather than fighting at the frontlines as a hero.

By the way, you’ve come a long way after watching all 25 episodes leading up to the finale. In any case, the post for this final episode will be a short one as Albert’s explanation involves a bit of do-overs. Wait, do-overs? 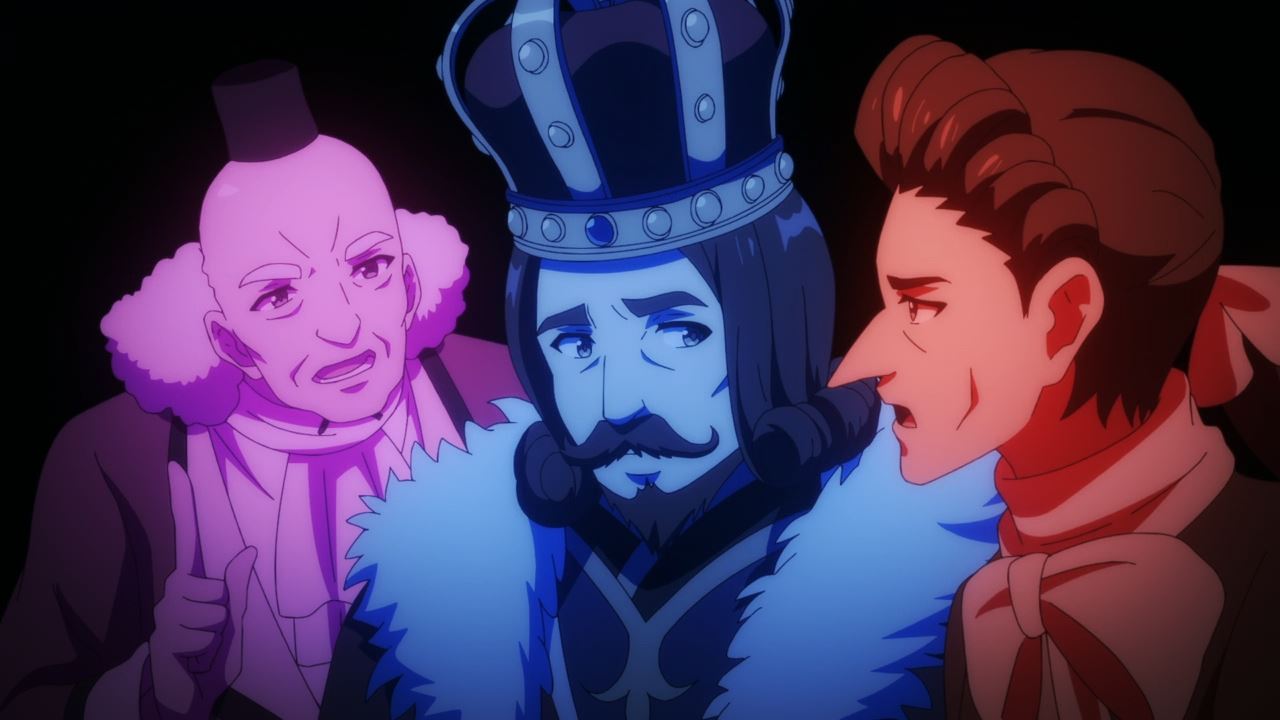 Turns out that the events that happened throughout the entire show is actually the second timeline as the former king wanted to correct his mistakes from the original timeline. More specifically, making Kazuya into a prime minister rather than the next king.

That one mistake turned Albert’s life into a living hell where he was pressured by corrupt nobles to exile Kazuya to a faraway place despite enacting reforms that benefited the entire kingdom. And seriously, I feel sorry for Albert where his weak-willed mind couldn’t back Kazuya up in the original timeline. 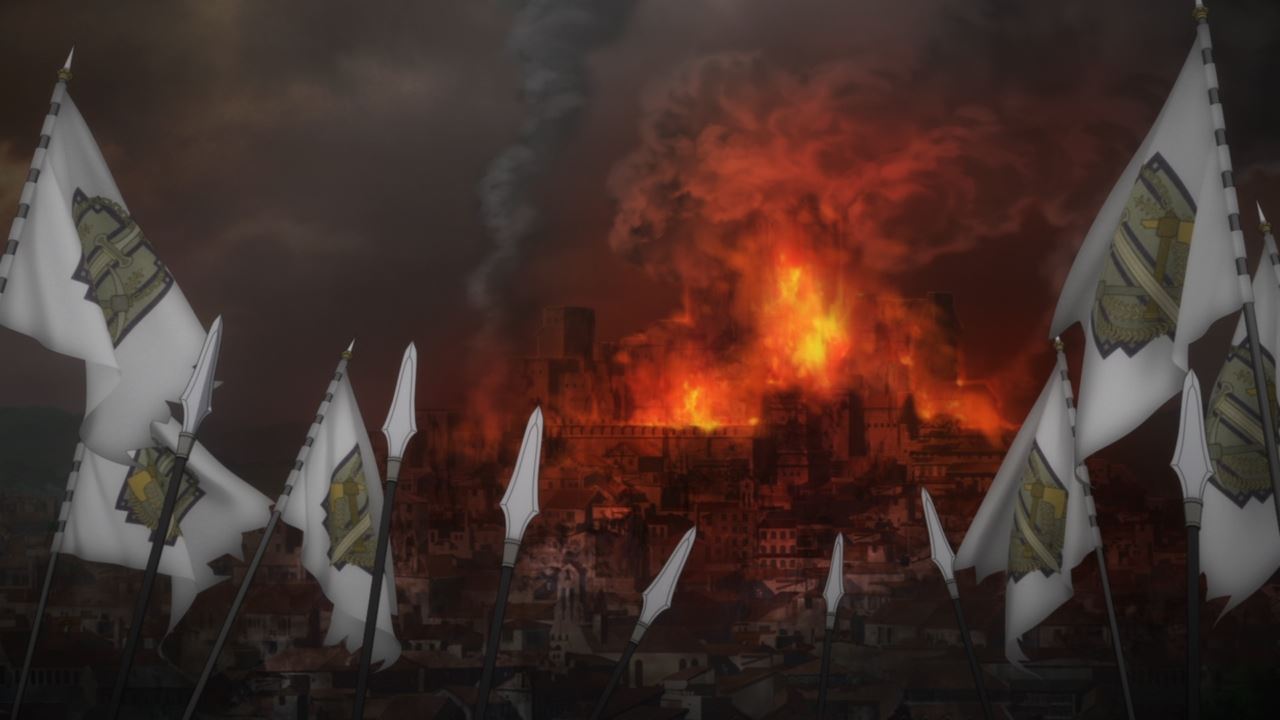 But yes, Albert’s grave mistake cost the entire kingdom greatly as opportunistic nobles, demons, and even neighboring countries invaded Elfrieden until it’s been reduced into ashes. Really unfortunate to see the original timeline ended in tragedy.

However, that’s where Elisha comes in where it turns out that she can transfer past memories into another timeline, meaning that it’ll prevent those mistakes from ever happening in the first place. Fortunately, Albert and Elisha’s gambit paid off for the most part where Kazuya becomes the king in the second timeline. 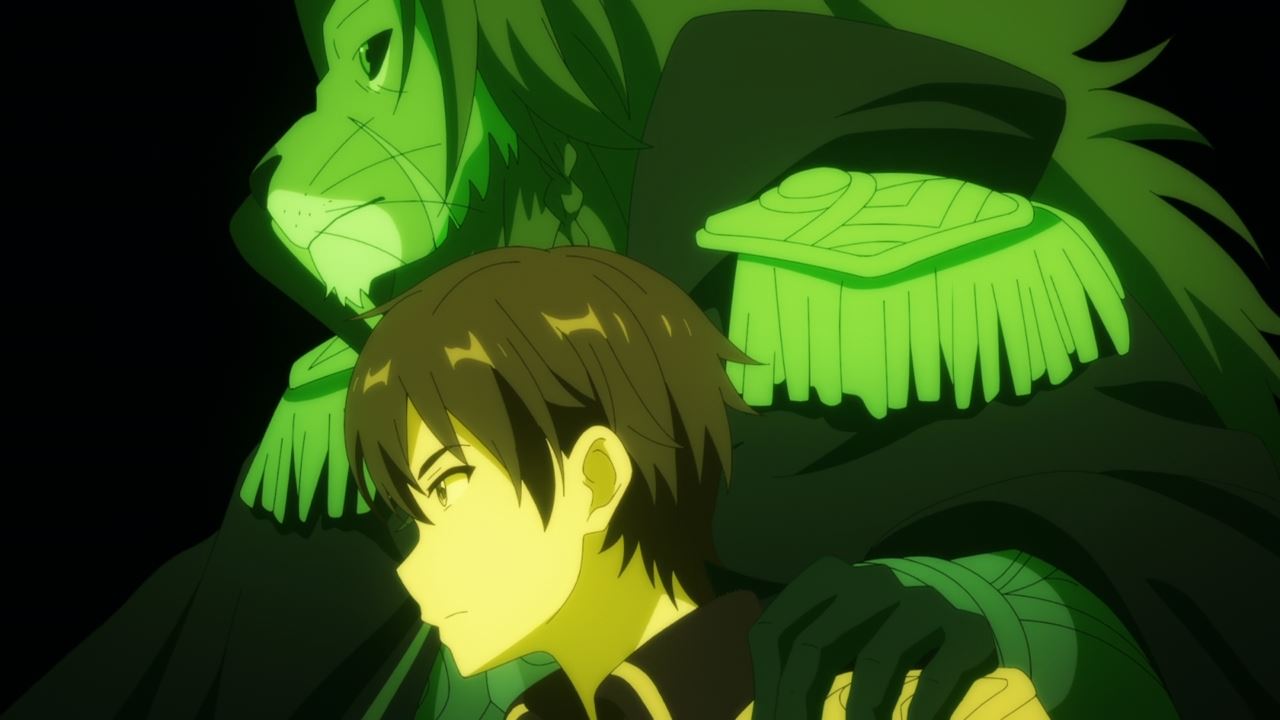 By the way, I forgot to tell you that the only people who supported Kazuya Souma in the original timeline are Georg Carmine and Liscia Elfrieden. Oh yeah, it’s really surprising that the former supported Kazuya where Georg initially antagonize him in the second timeline.

Speaking of Georg, Albert told him about the events of the original timeline. Thus, Georg Carmine took the biggest gambit in his life where he gathered all of the corrupt officials until Kazuya Souma and his allies crush them in one fell swoop. Sadly, Georg decides to commit suicide to hide the truth… or so I thought.

Oh yeah, regarding Liscia Elfrieden? While there are reports that she disappeared during the siege at Randel Castle in the original timeline, there’s a theory that Liscia escaped along with Kazuya Souma. Then again, we’ll never know what happened after Elfrieden is conquered by a powerful country. 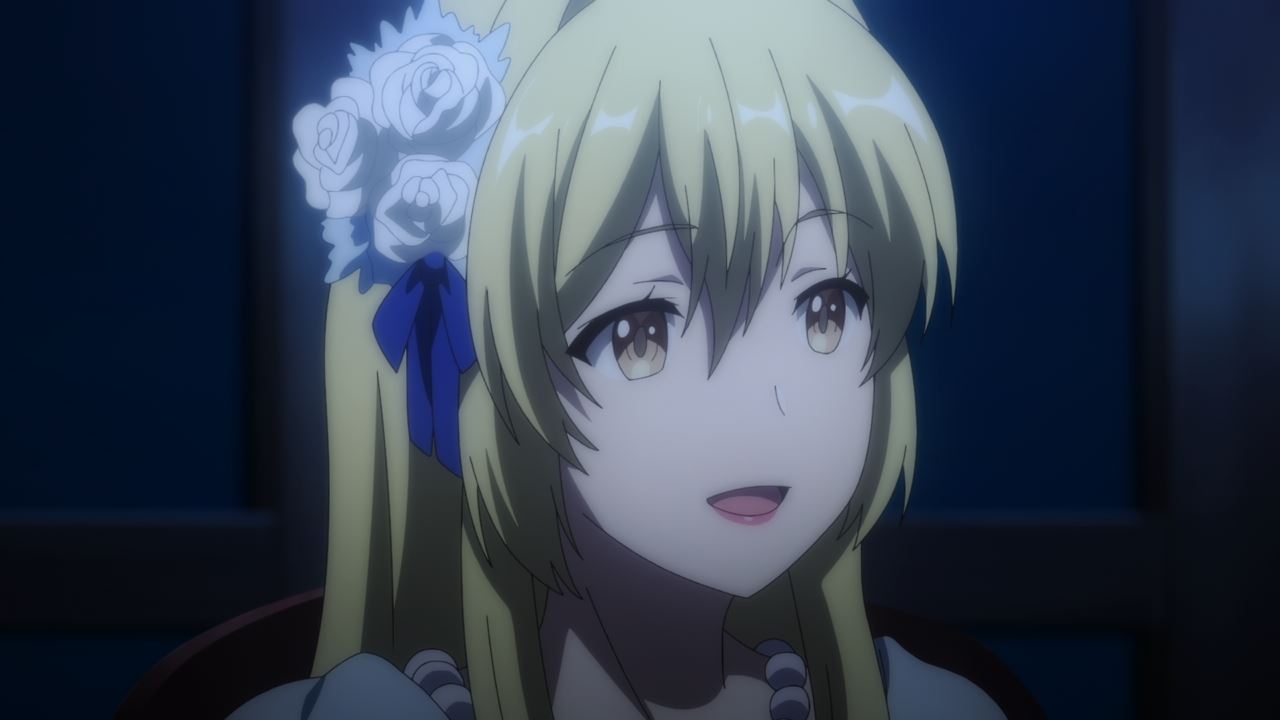 One last thing, here’s Elisha Elfrieden where this isn’t her first time using her dark magic as she used it countless times to prevent tragedy after tragedy until the desired timeline has been reached.

Man, I’m surprised that Elisha is the biggest player and the unsung heroine who set things right in order to prevent a bad future in Elfrieden. Really glad that her dark magic comes into play. 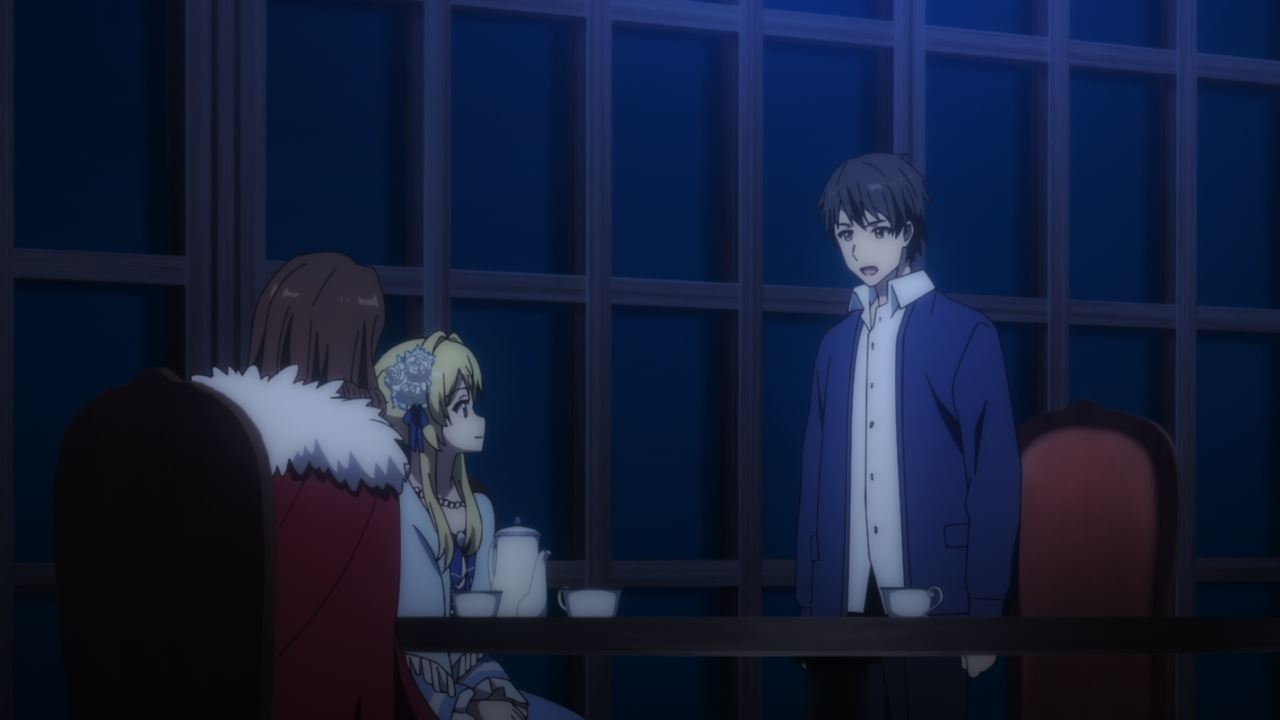 Now then, looks like King Kazuya Souma finally understand on why Albert and Elisha’s gambit paid off in this timeline, although he’ll keep this secret to himself until the day comes.

As for the former royal couple? They’ll settle somewhere remote as Albert and Elisha’s respective roles are finally over. Then again, I wish Kazuya will see them again someday. 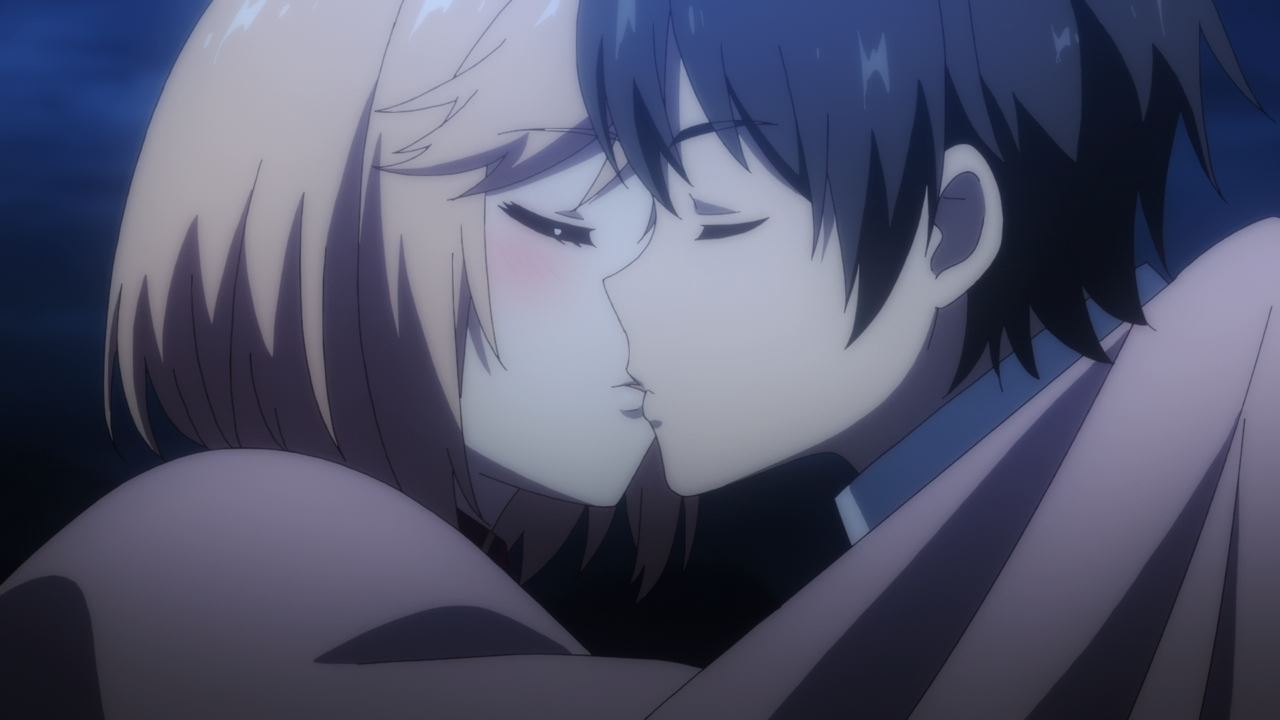 And now, let’s end this show where Kazuya Souma finally kissed Liscia Elfrieden as he’ll marry the princess. What a way to close out the old year as the new year has finally arrived in the Kingdom of Friedonia! 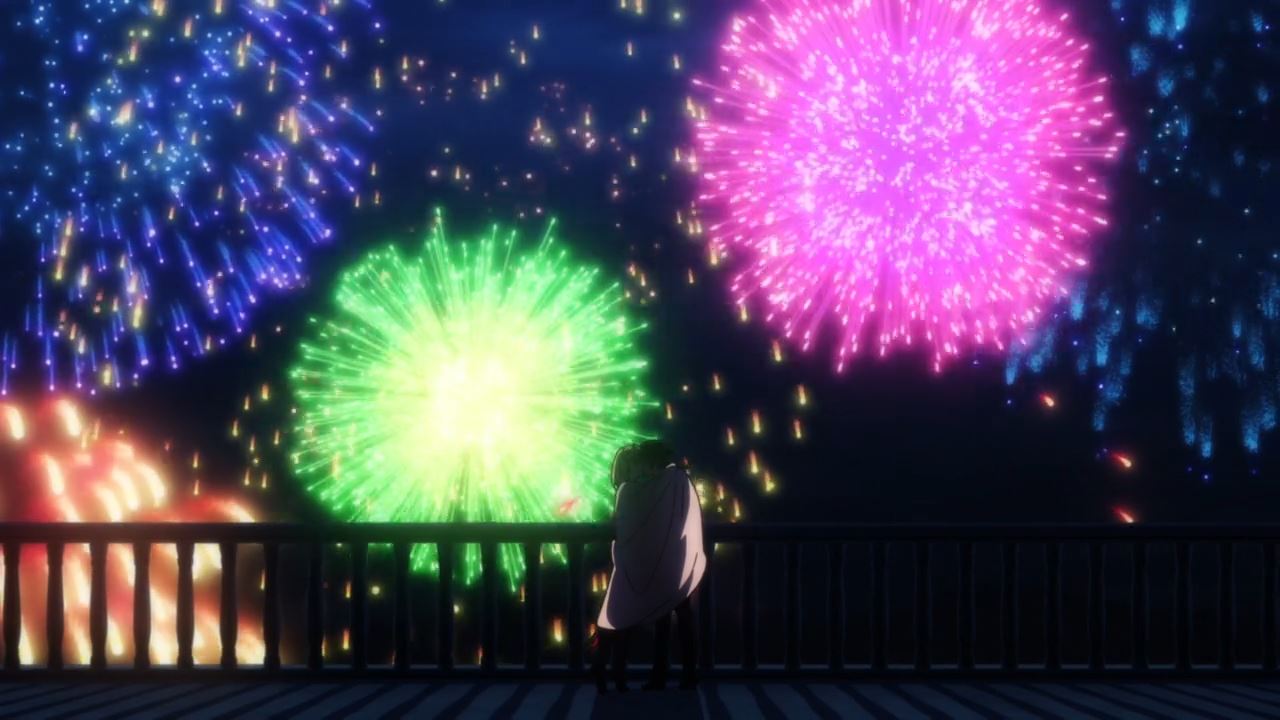 But that’s about it for Genjitsu Shugi Yuusha no Oukoku Saikenki where it’s quite an enjoyable show. For one, there’s the main character Kazuya Souma where despite the lack of combat prowess makes up for his intellect where he enact reforms while eliminating corrupt officials in a Machiavellian fashion. Oh yeah, and he found some allies who can help him rebuild Elfrieden, stop Gaius VIII’s ambitions, strike an alliance deal with the Gran Chaos Empire, and formed the biggest kingdom as they took control of Amidonia while minimizing casualties. Kazuya Souma is truly a hero in his own right!

On the other hand, I love the world-building of this anime series where it showed various factions within the Landian continent. While the Orthodox Papal State of Lunaria and Republic of Turgis will be featured in future episodes, assuming that King Records and J.C. Staff announced a 2nd season, I’m still puzzled regarding the demons as I still have no idea why they decided to wage war against everyone within the continent in the first place. Maybe the author would explore that in later volumes.

With that said, I really enjoyed watching Genjitsu Shugi Yuusha no Oukoku Saikenki and I really hope that there’s more of this in the future. I mean, have Kazuya and Liscia done it in bed already? Anyways, see ya!