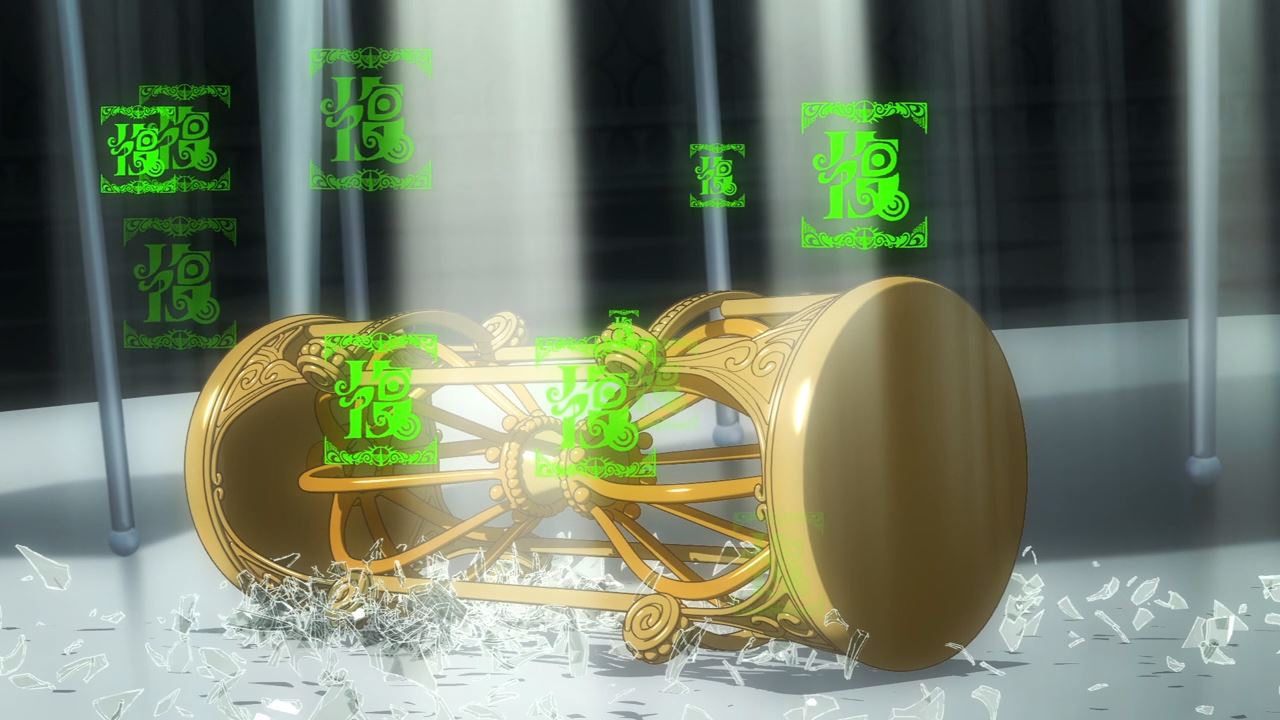 And now, it’s time to return to the present where Nemu Hiiragi released Ui Tamaki’s existence throughout the world. In fact, the breaking of the hourglass is a symbolic representation that Ui-chan has returned to everyone’s mind. 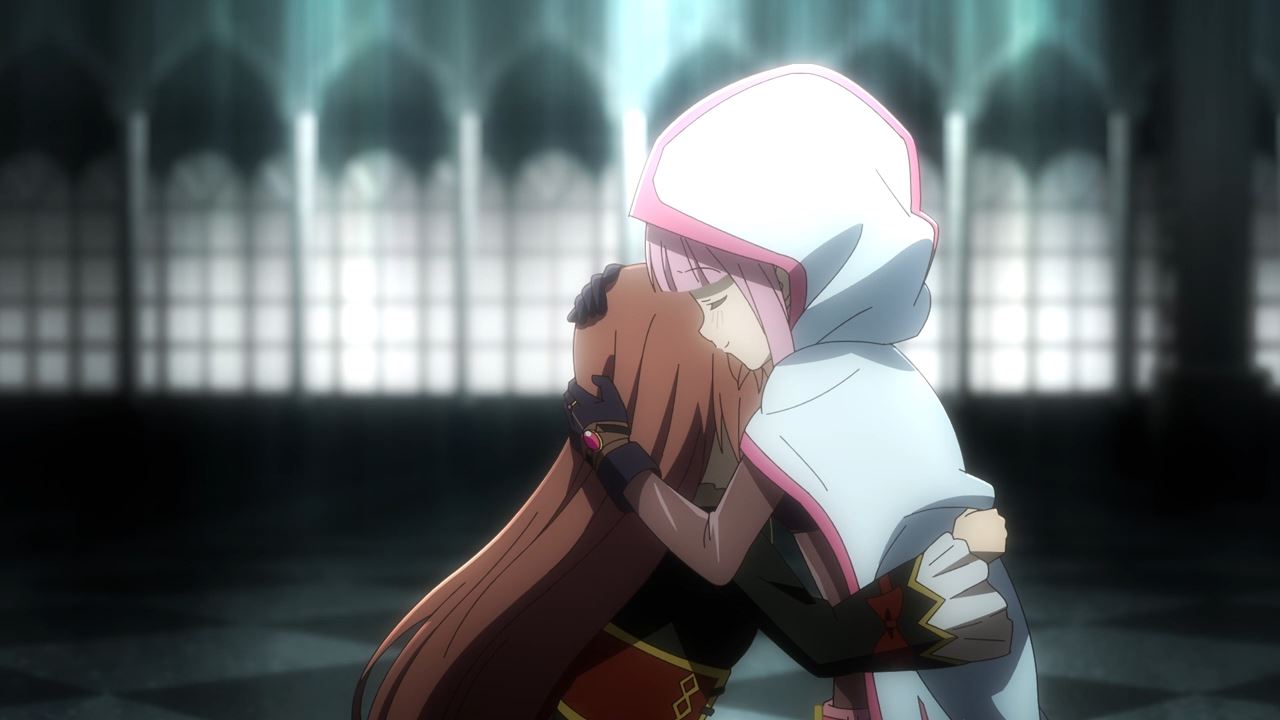 With that said, Iroha Tamaki has finally reunited with Touka Satomi as she finally regained her lost memories. Sadly, Touka is upset that she acts antagonistic towards Iroha until Nemu Hiiragi restores her memory. 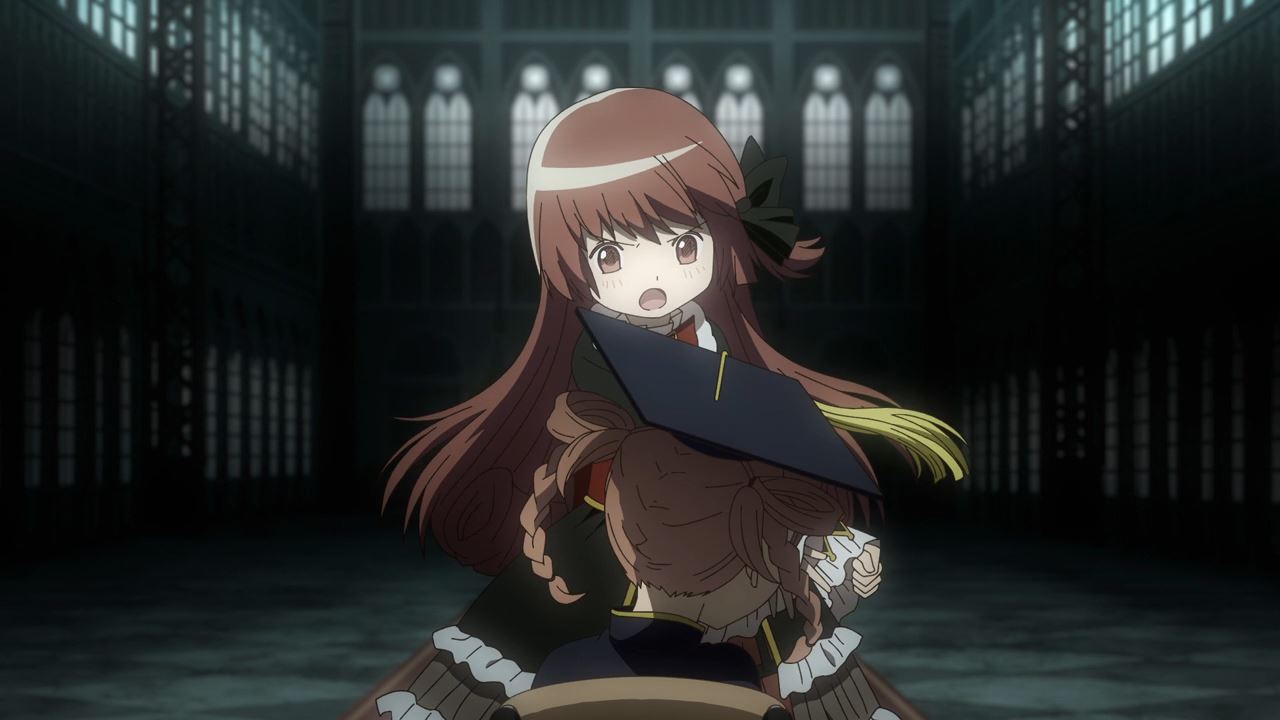 And speaking of Nemu, she got slapped by Touka for hiding the fact that Ui’s existence was erased or should I say being stuffed inside of Lil’ Kyubey. Really wished that Hiiragi would restore their memories sooner. 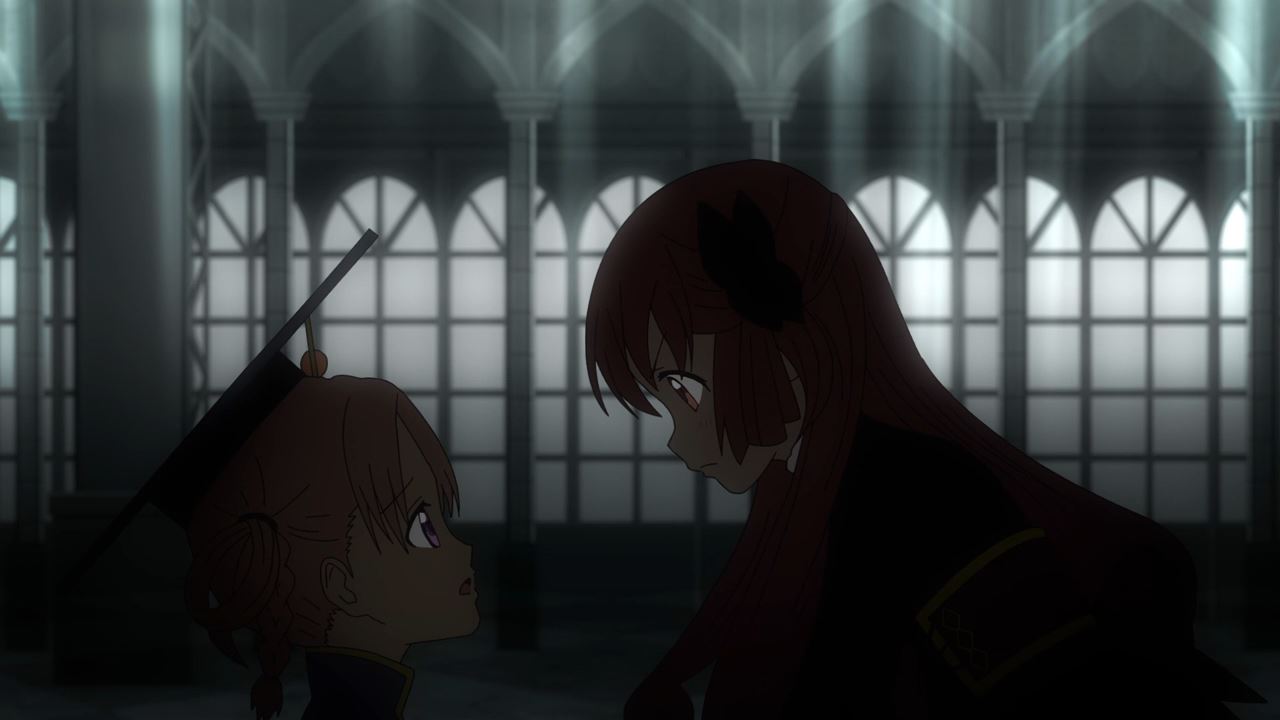 Of course, it appears that Nemu Hiiragi wants to finish their mission of liberating all magical girls from their terrible fate.

Okay Nemu, are you still insisting of continuing what you’ve started with Touka and Ui-chan? That’s suicidal thinking! 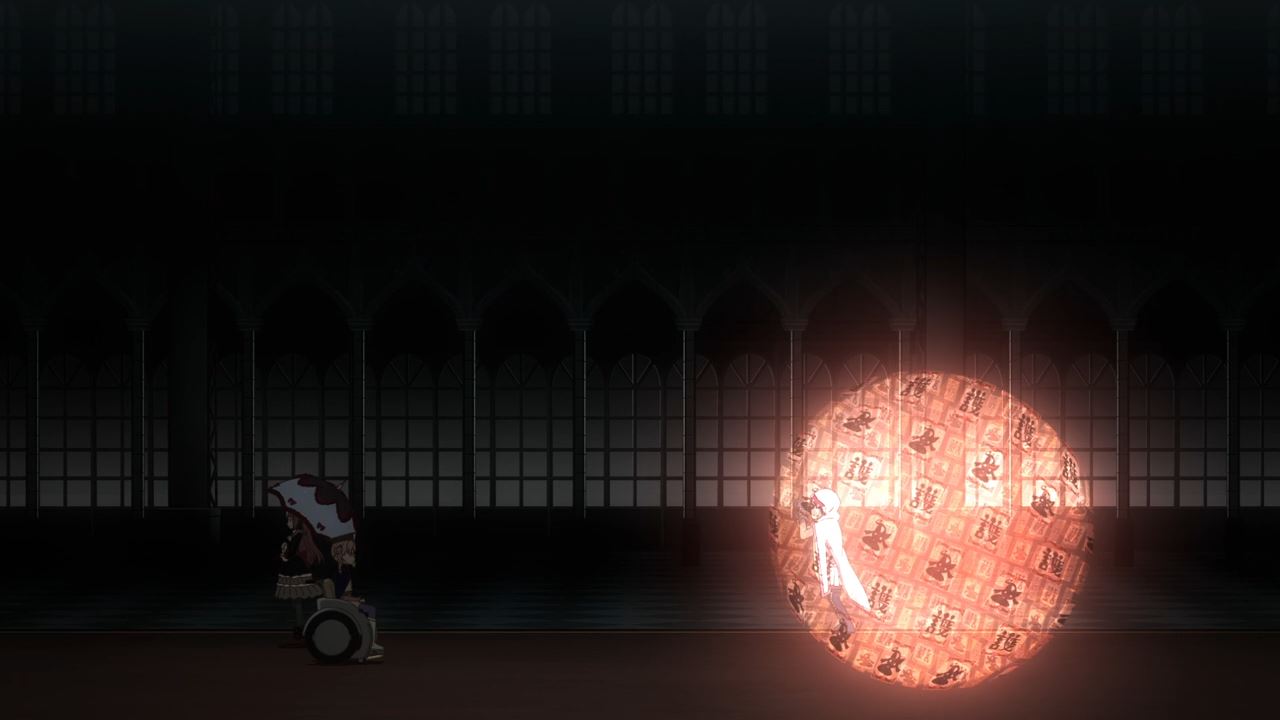 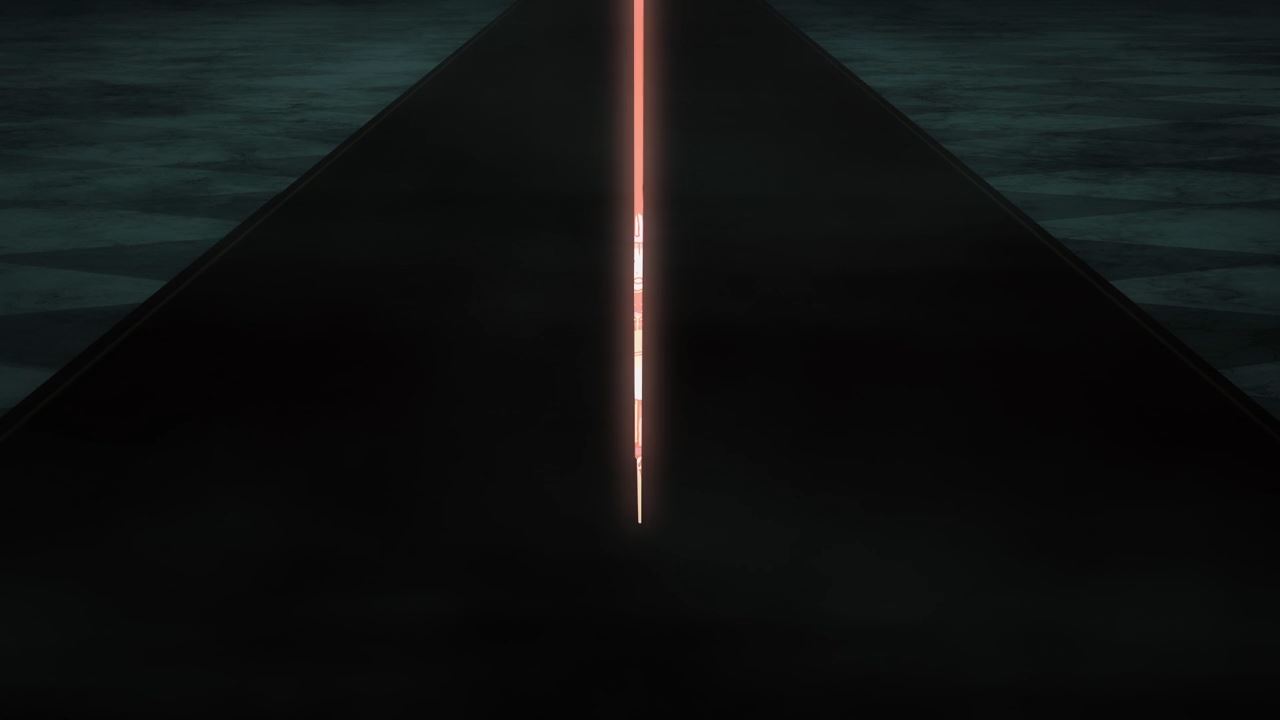 Sadly, it seems that both Nemu and Touka have fallen into deaf ears as they whisk Iroha to another dimension. Dangit, they’re gonna unleash Embryo Eve after all! 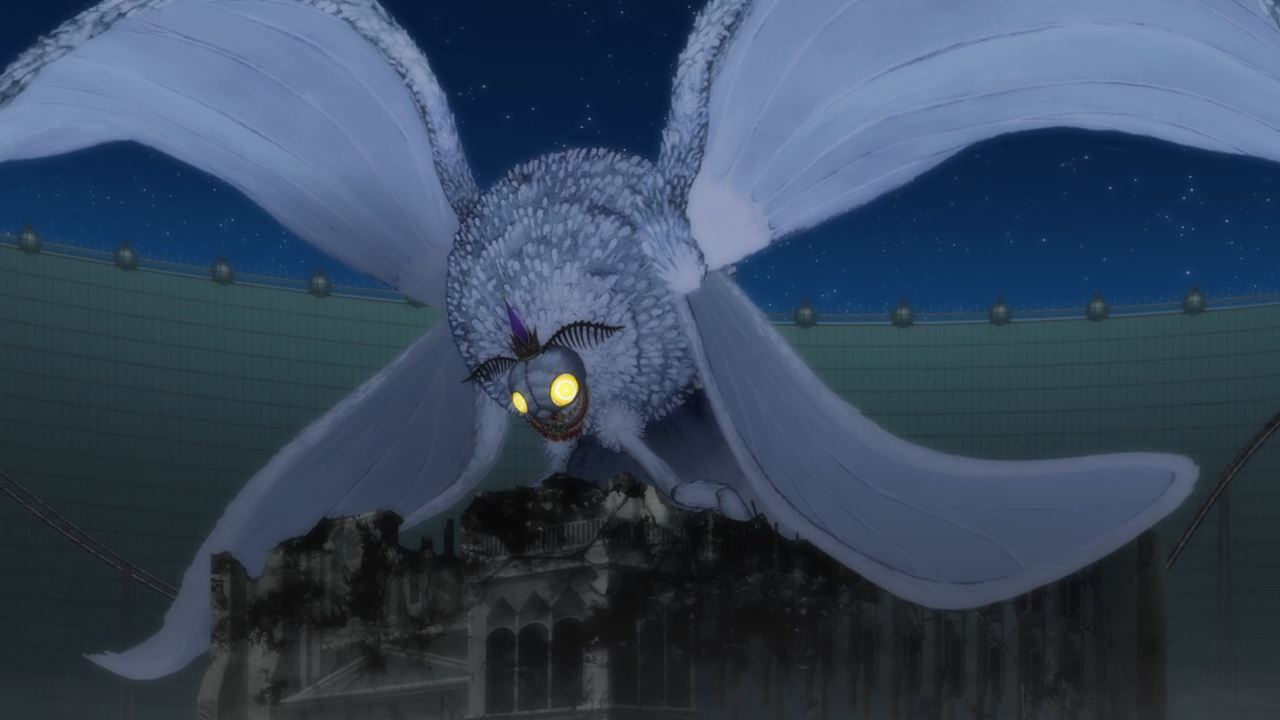 And here’s Embryo Eve where this artificial witch or rather Ui’s body will head straight to Walpurgisnacht and fuse both witches to create a supernova that might change the system created by the Incubators. 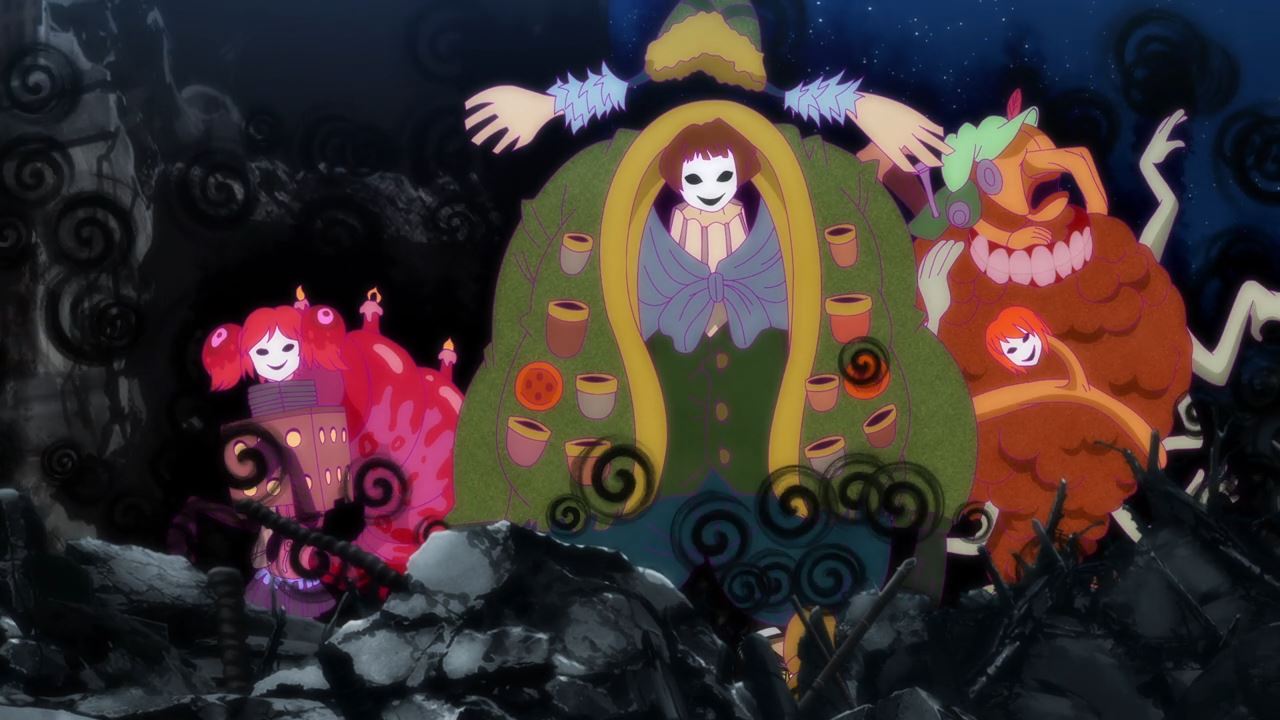 And while Nemu Hiiragi and Touka Satomi are heading to Walpurgisnacht, the magical girls in Kamihama City are losing their control. As you can see, they’re turning into Doppels already. 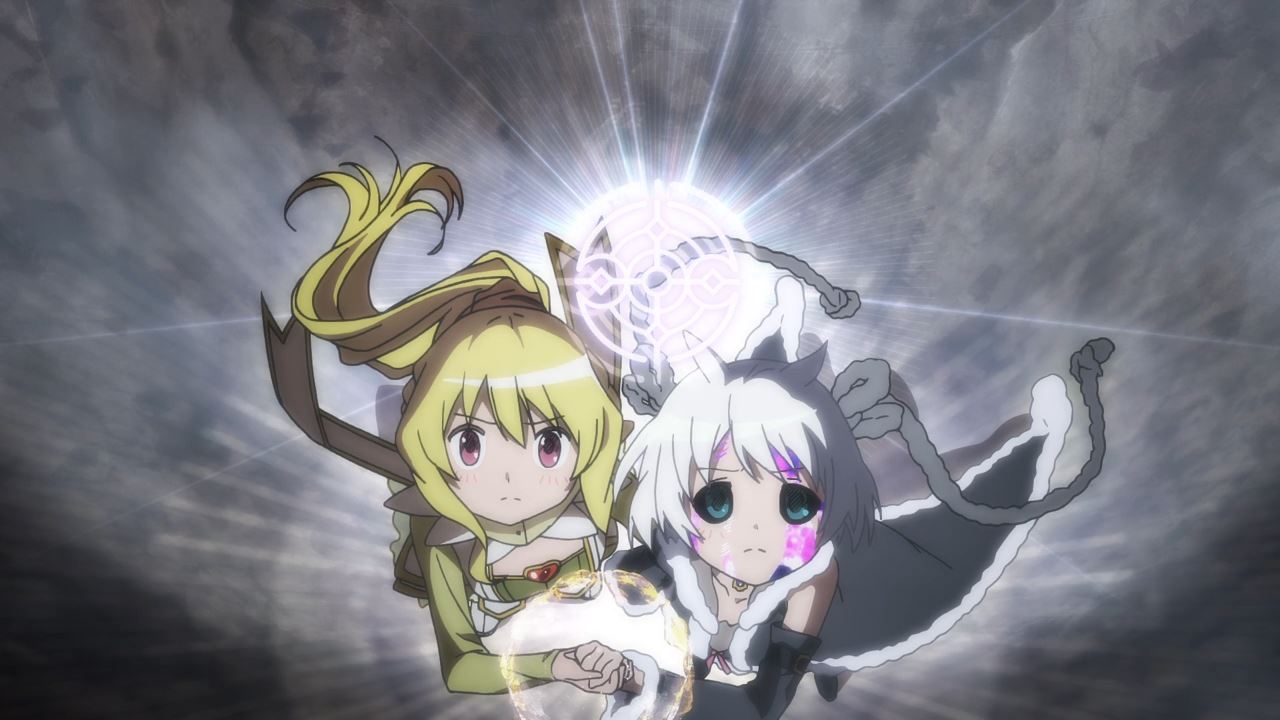 This includes Mifuyu Azusa where she’ll shoulder all of the magical girls’ souls, thus Mifuyu is becoming a Doppel much like the rest.

That’s until Momoko Togame decides to connect with Mifuyu as she’ll help her friend in saving those magical girls from becoming Doppels permanently. 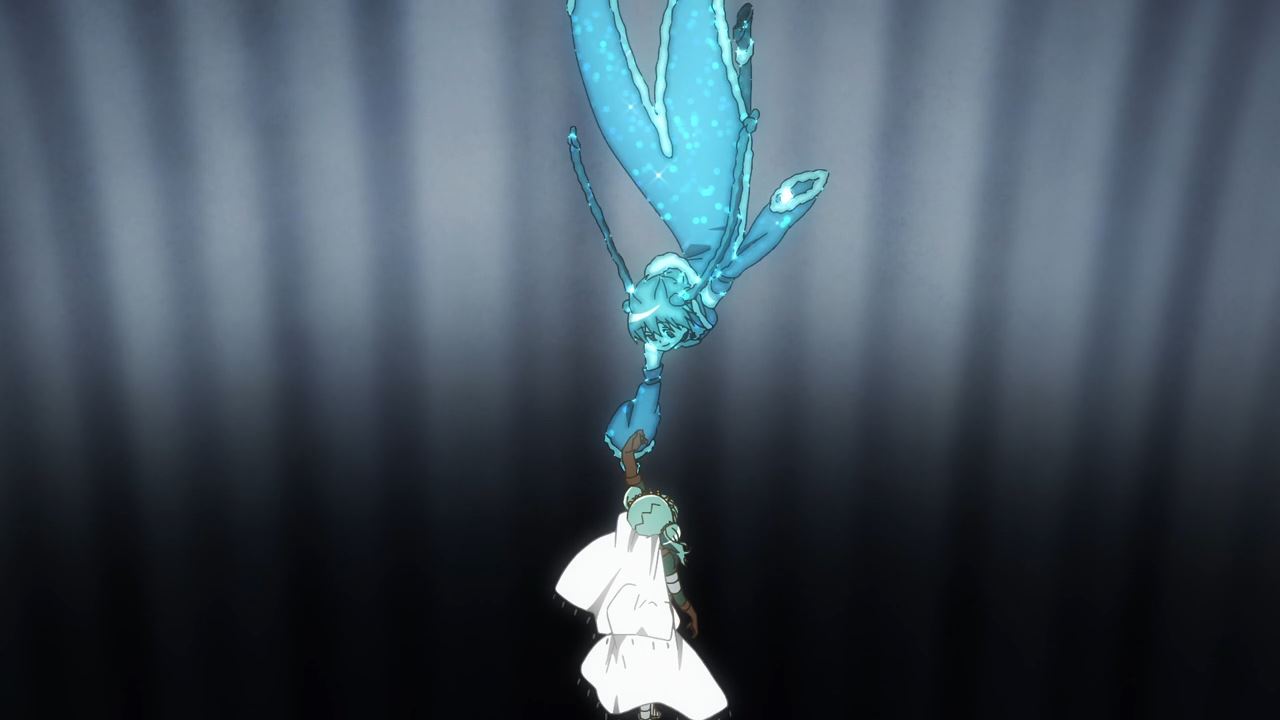 And so, they went to another dimension where all the girls’ souls reside, taking all of the corrupted energy from their Soul Gems to themselves. 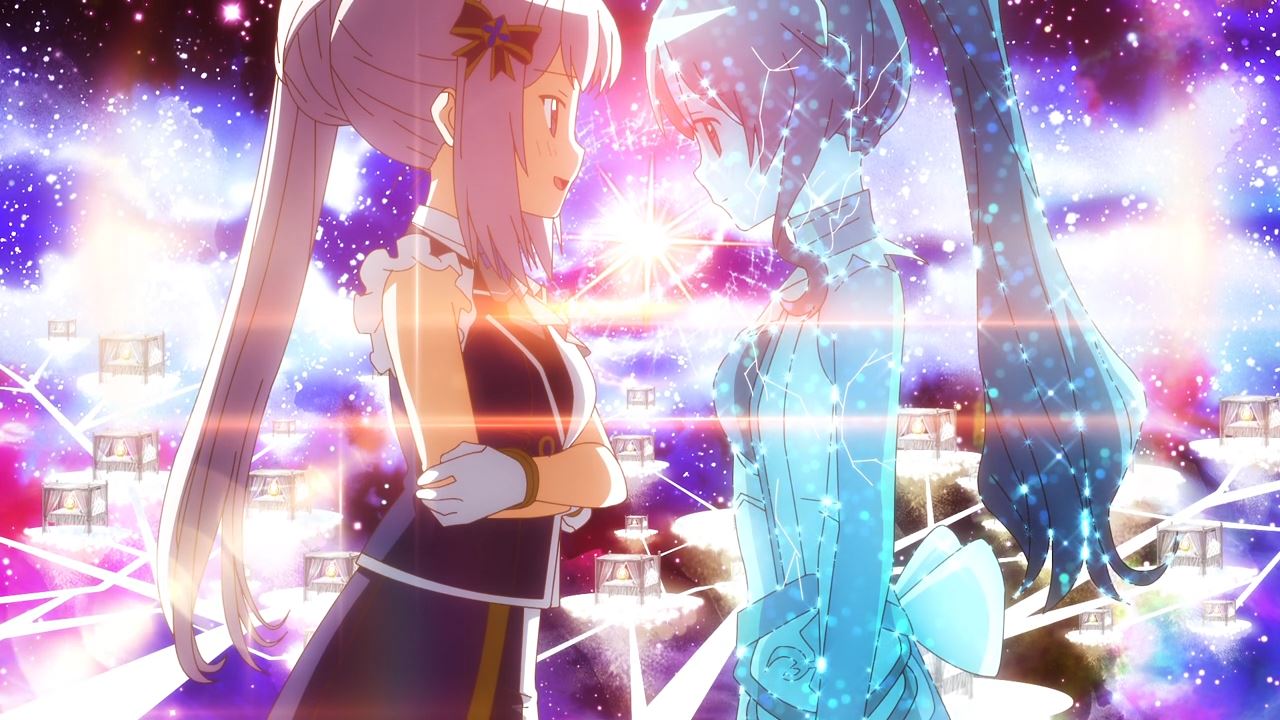 Meanwhile, it appears that Mifuyu Azusa encountered Mitama Yakumo where she told the Coordinator that there’s no need to carry the burden by herself anymore.

I have to admit that both Mifuyu and Momoko are doing their best to save all the magical girls in Kamihama City, yet I’m scared on what comes next. 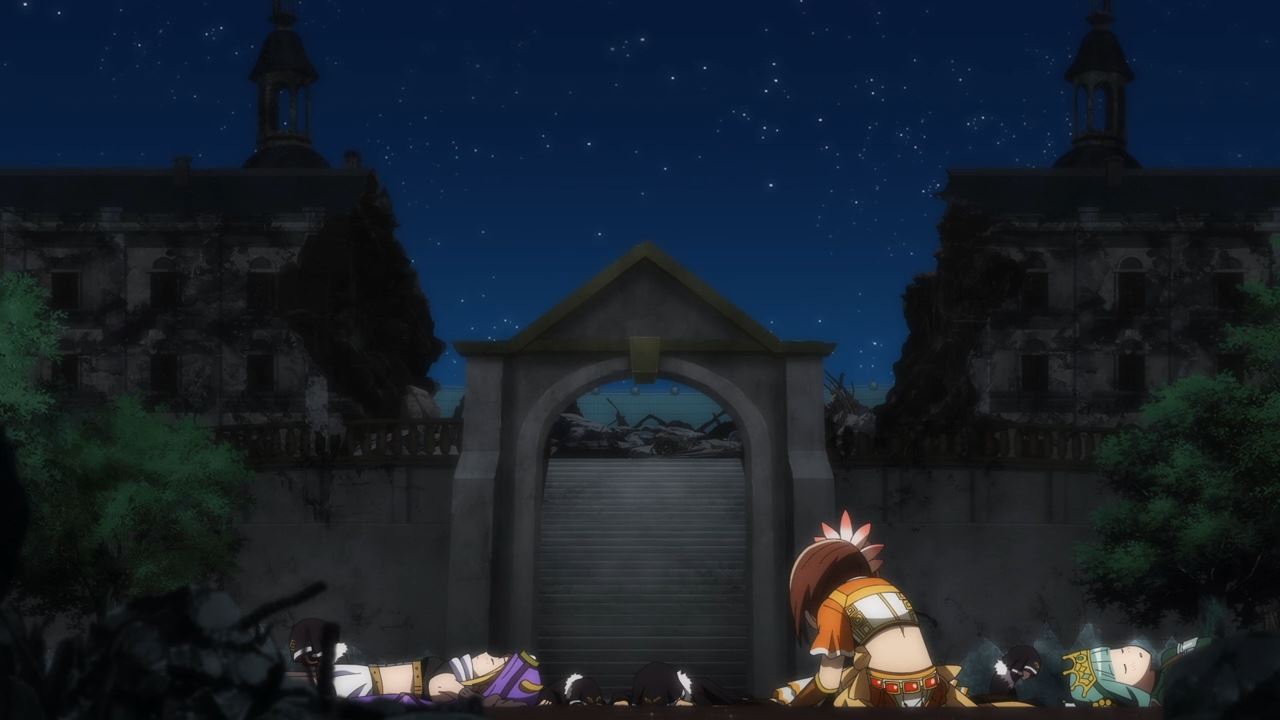 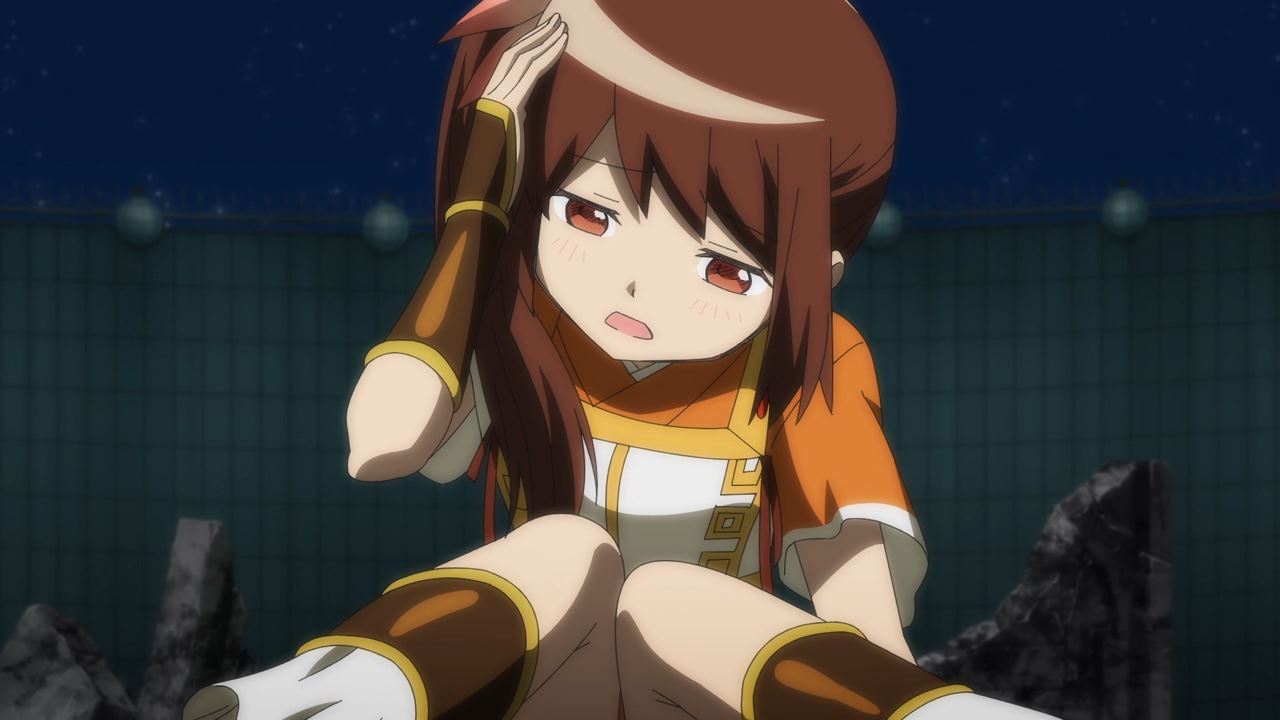 In any case, all the magical girls within Kamihama City are now free from their Doppels. Unfortunately, saving lots of magical girls requires a few sacrifices. 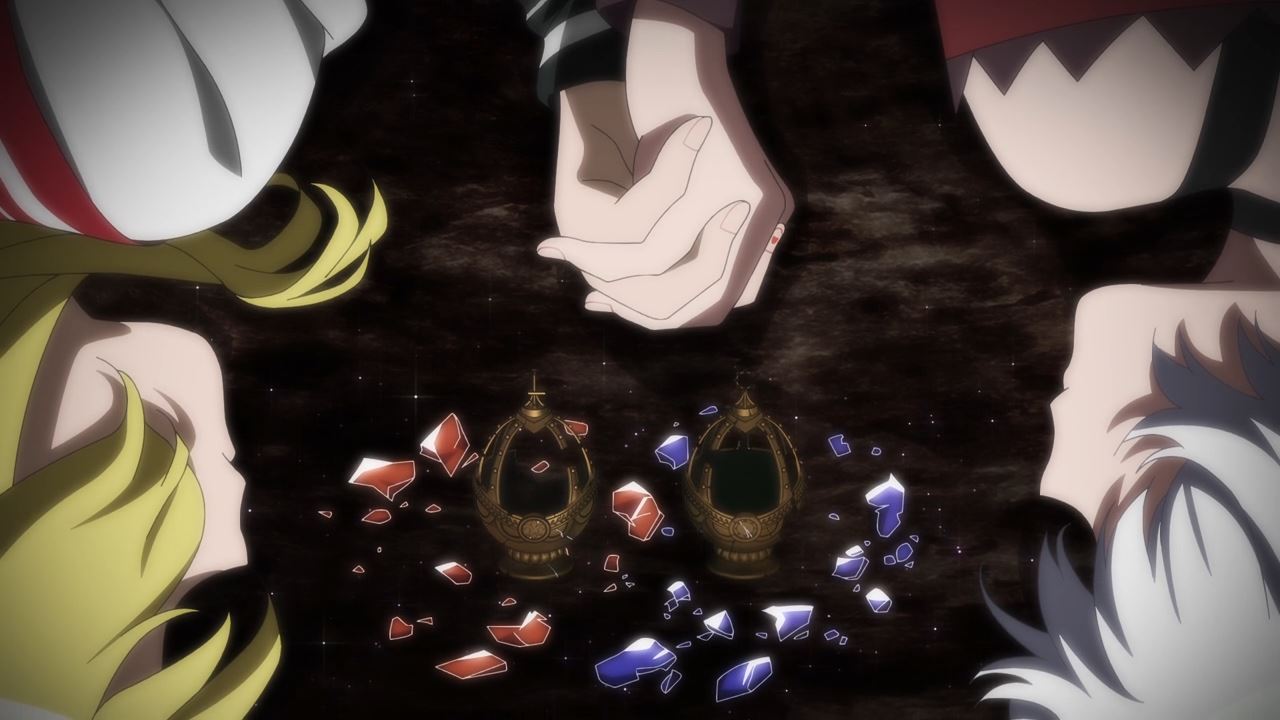 You see, both Momoko Togame and Mifuyu Azusa lost their lives as their respective Soul Gems are completely destroyed. It’s really sad that they have to die like this.

Of course, there’s Kuroe where she’s the only magical girl who’s not yet liberated from her Doppel, but we’ll get to her next time.