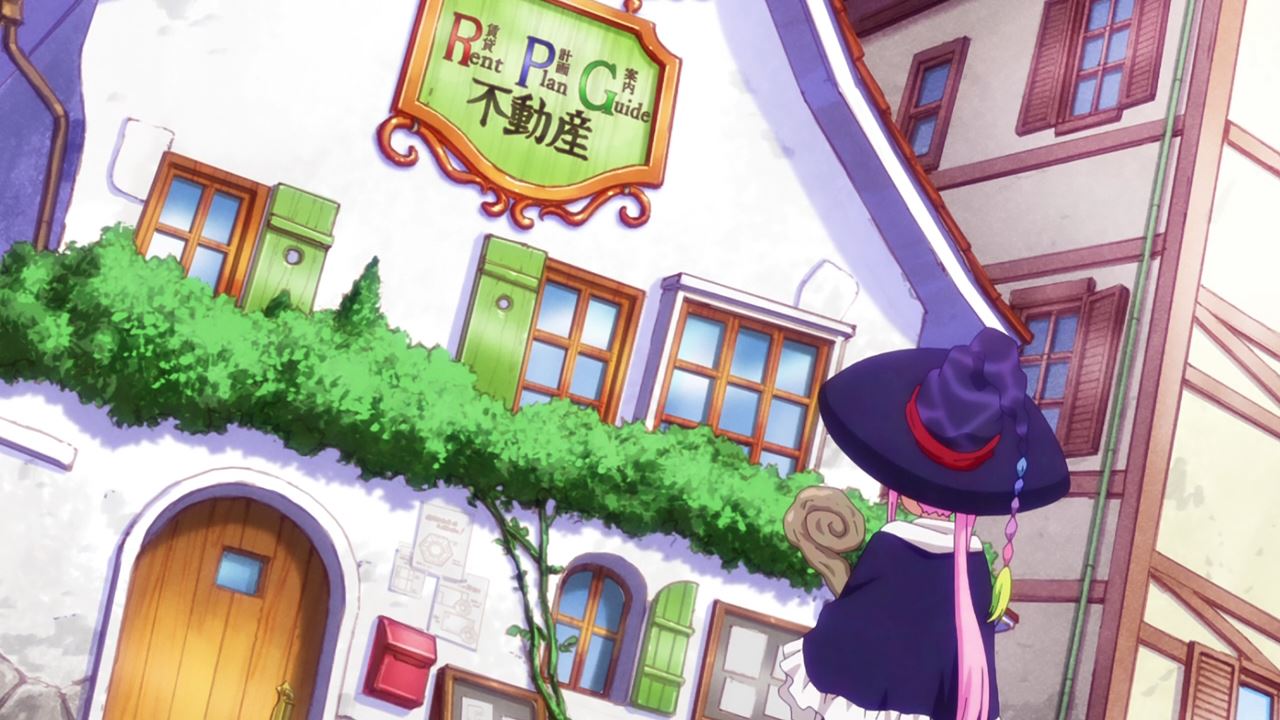 Well everyone, here’s a Manga Time Kirara anime adaptation by Dogakobo where it takes place in a fantasy world. Come to think of it, when will Houbunsha announce a Kirara Fantasia anime adaptation?

Anyways, our story begins with Kotone Kazairo where the newbie wizard went to Dali, the royal capital of the Kingdom of Actus, to begin her adventure. But first, Kotone went to the RPG Real Estate to find a place to stay. 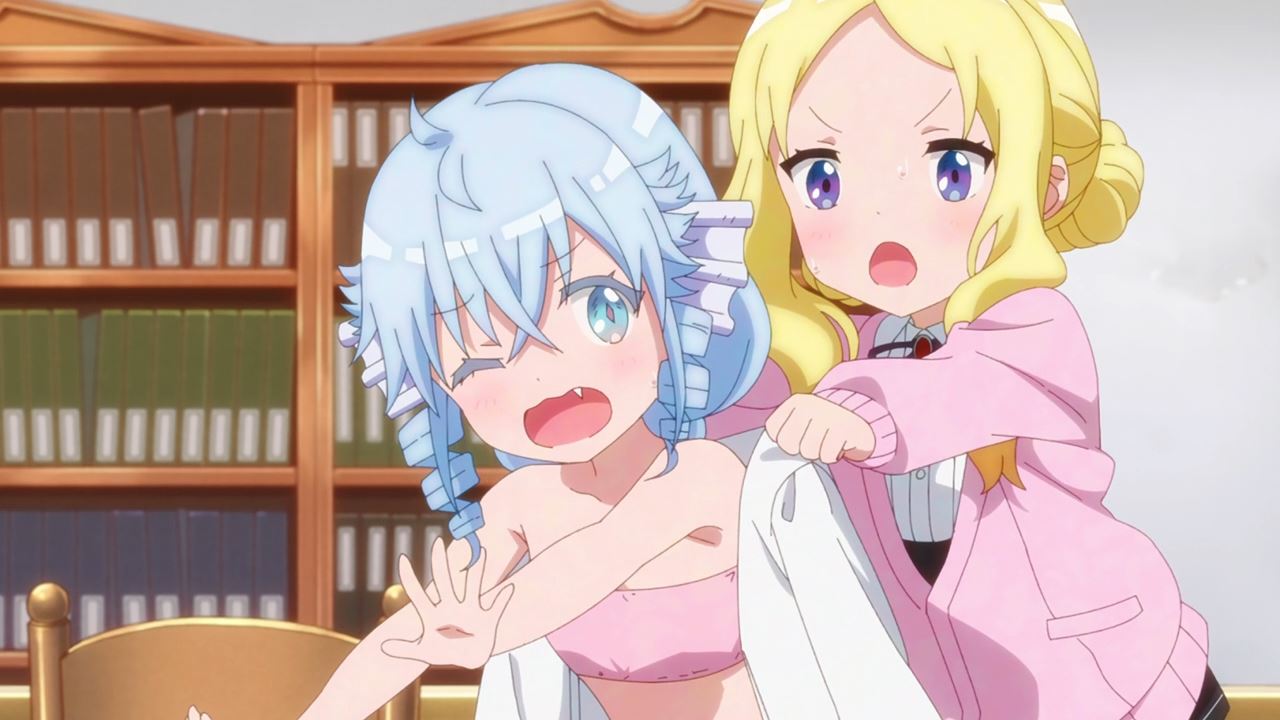 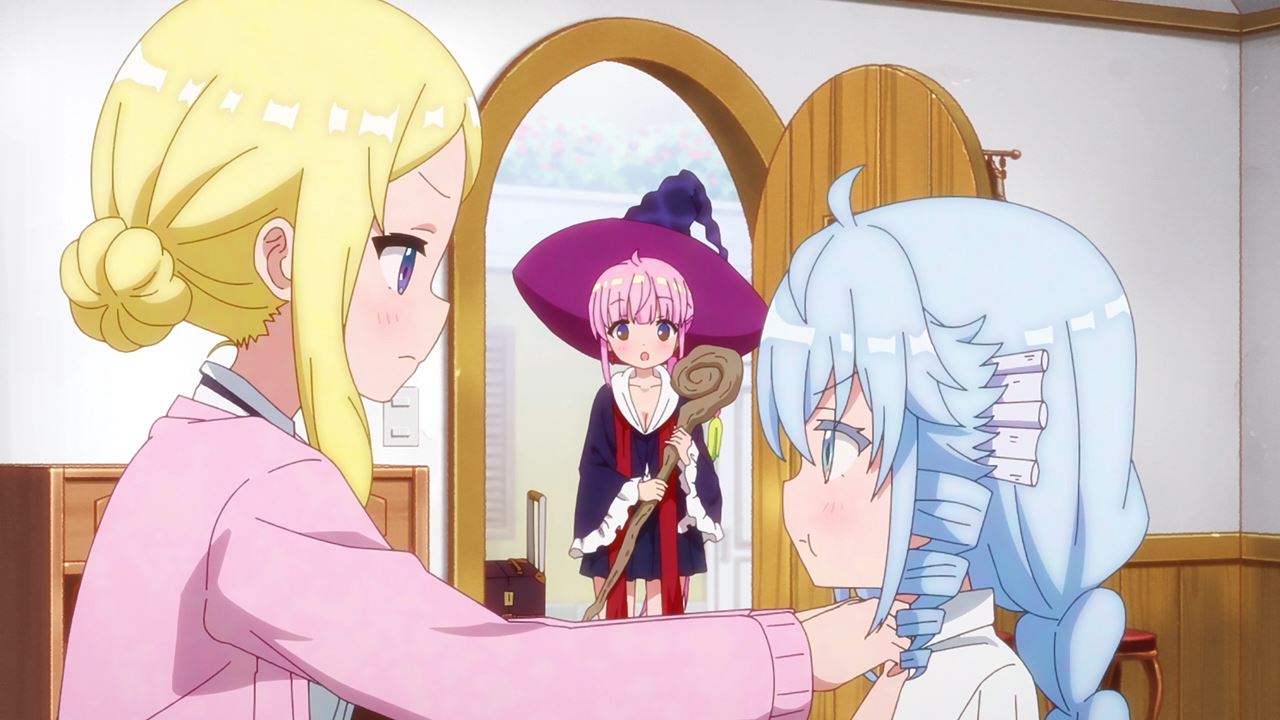 Unfortunately, it’s pure chaos where Rufuria tries to dress-up the residential dragon girl Fa. Well, that was pretty embarrassing but Kotone is still determined to get a place to stay within her budget. 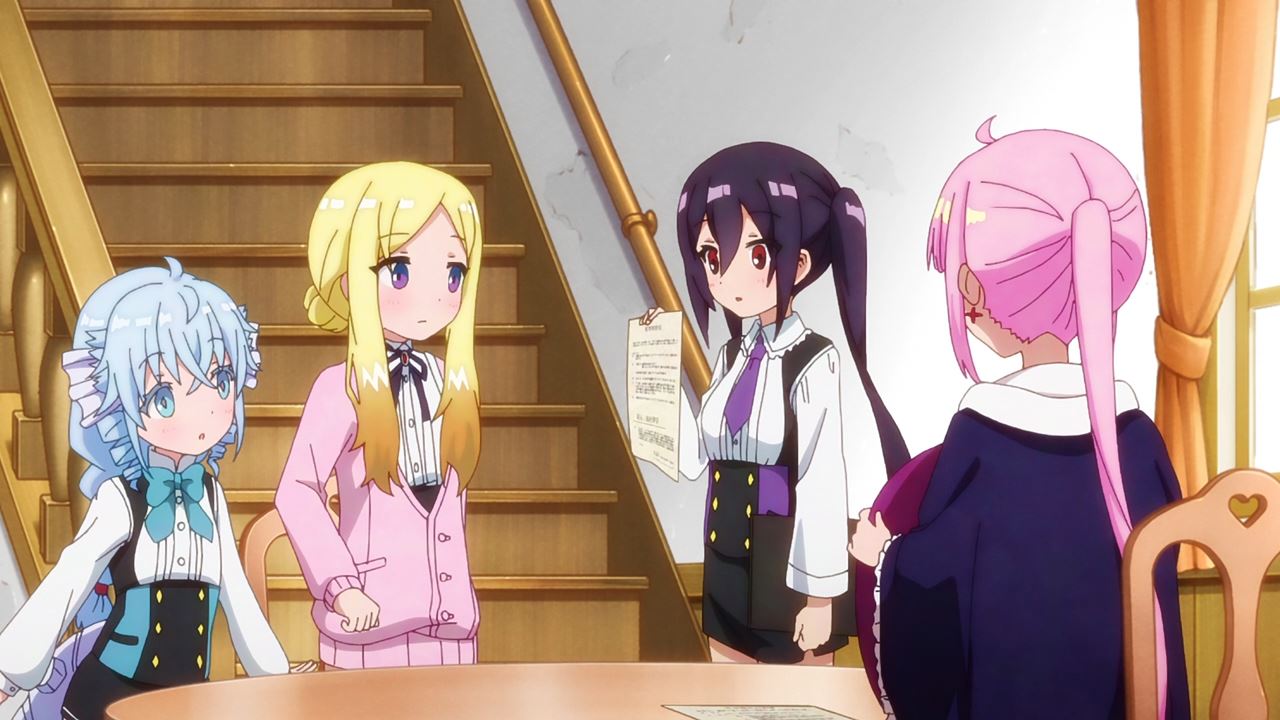 On the other hand, here’s Rakira where they told both Fa and Rufuria that they’ll have a new employee. Heck, she even showed the employment papers as proof. 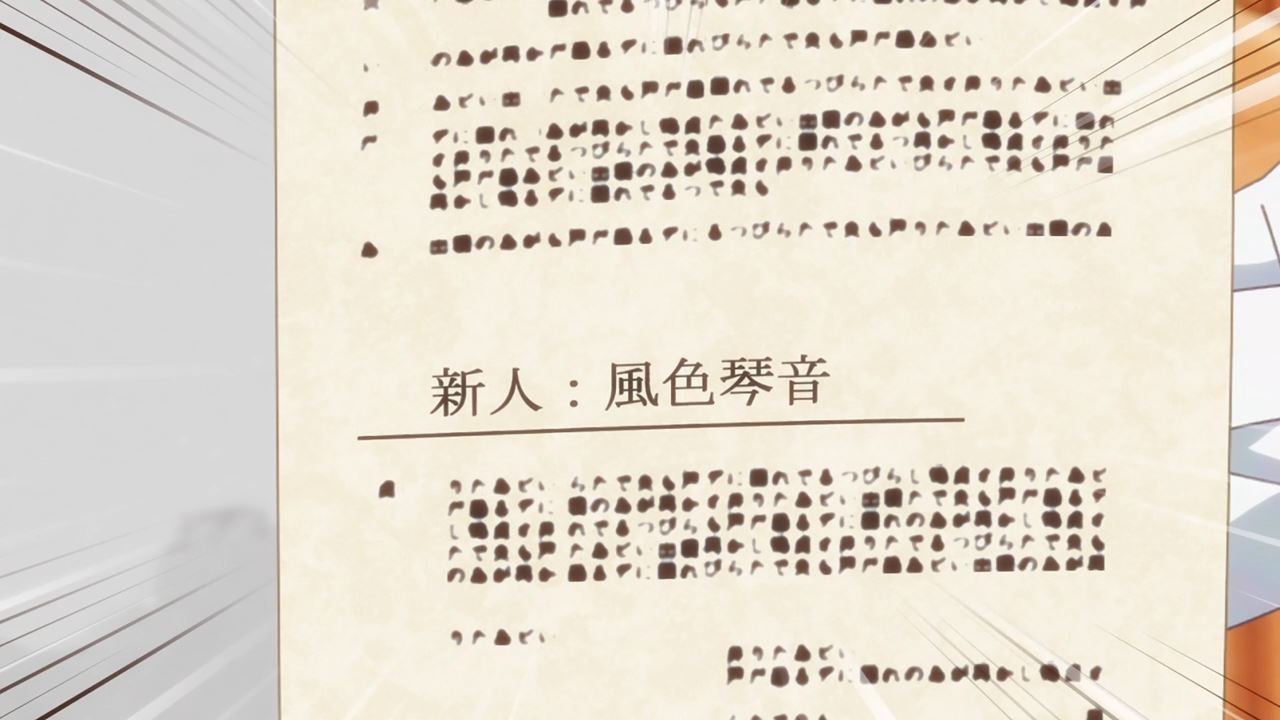 Turns out that Kotone Kazairo is actually the newest employee of RPG Real Estate. Man, I thought she’ll fight monsters and become the greatest hero across the land? What a complete surprise there!

Anyways, turns out that Kotone’s job will be helping various adventurers on finding their ideal place to stay for a longer period. Sounds pretty simple, right? 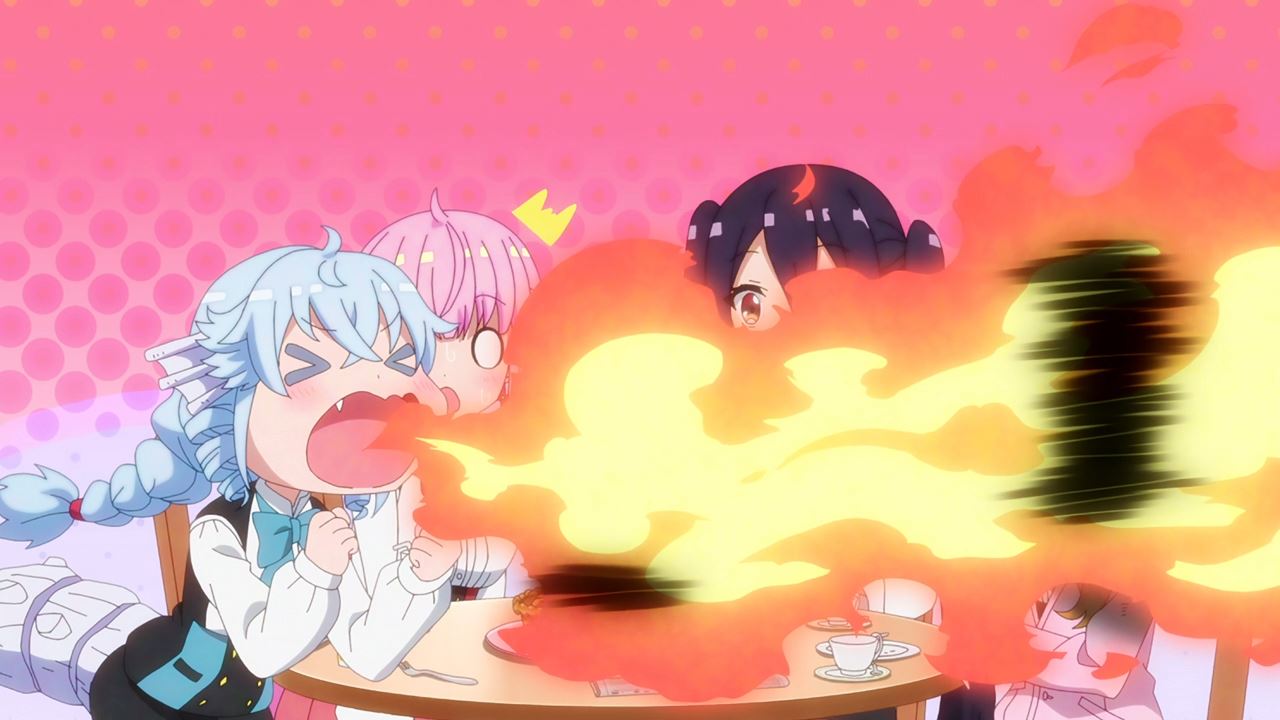 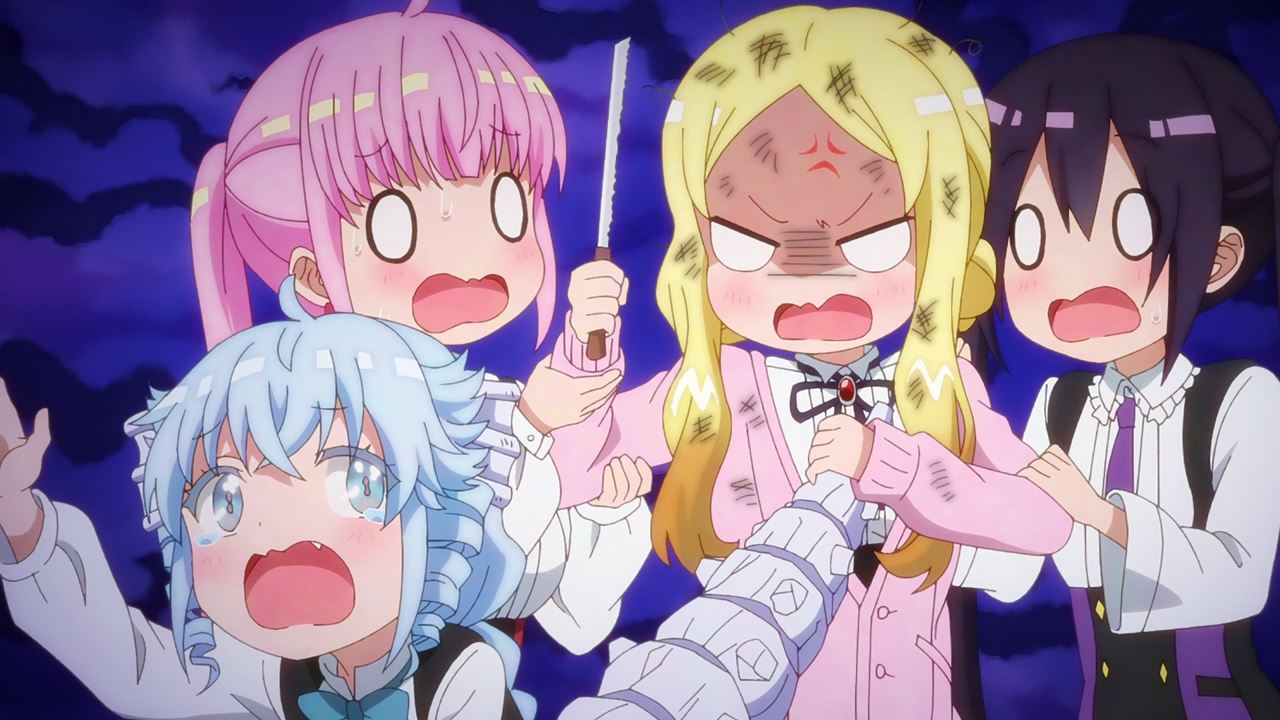 Well, let’s just say that there’s more mischief than getting sales as these girls mostly chilling out, although Fa let out some dragon breath which got Rufuria angry.

By the way, both Rufuria and Rakira wanted to do better things, but they got stuck working as salesperson instead. 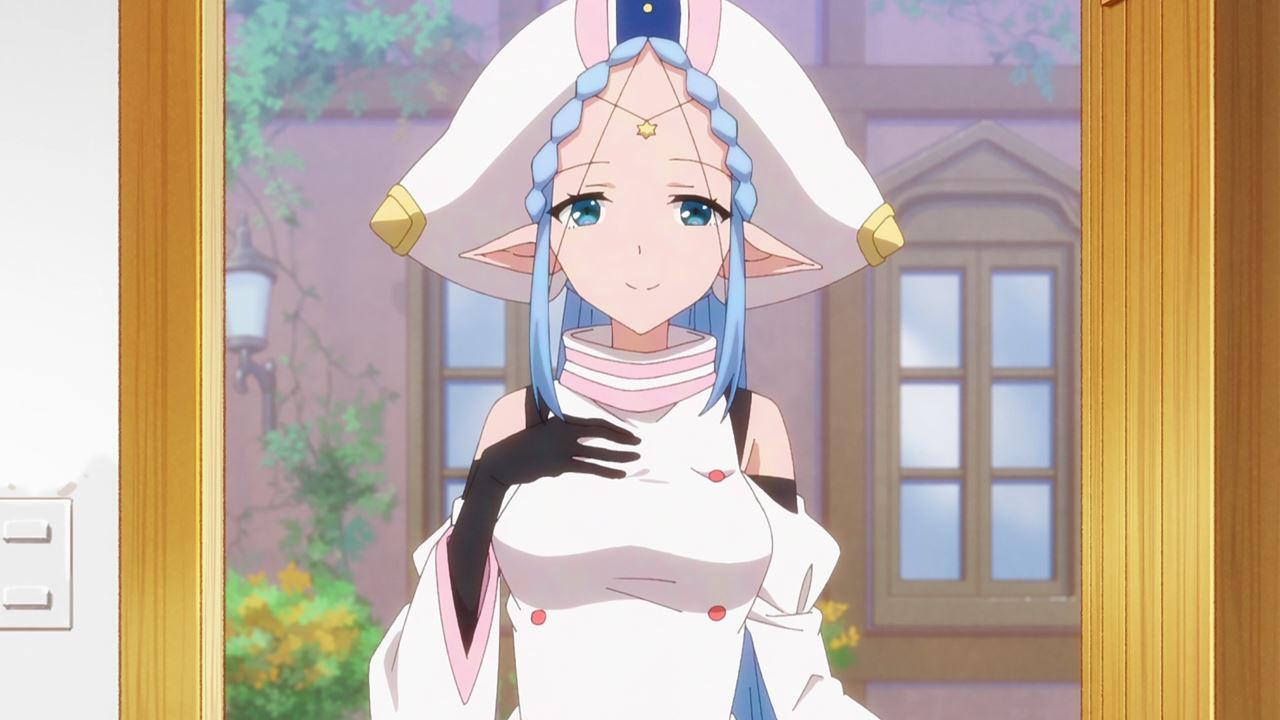 Anyways, time for their first customer named Luna Didrane where this great sage wanted a place to stay. And by the way, Luna is part of the hero’s party where she’s basically a celebrity. 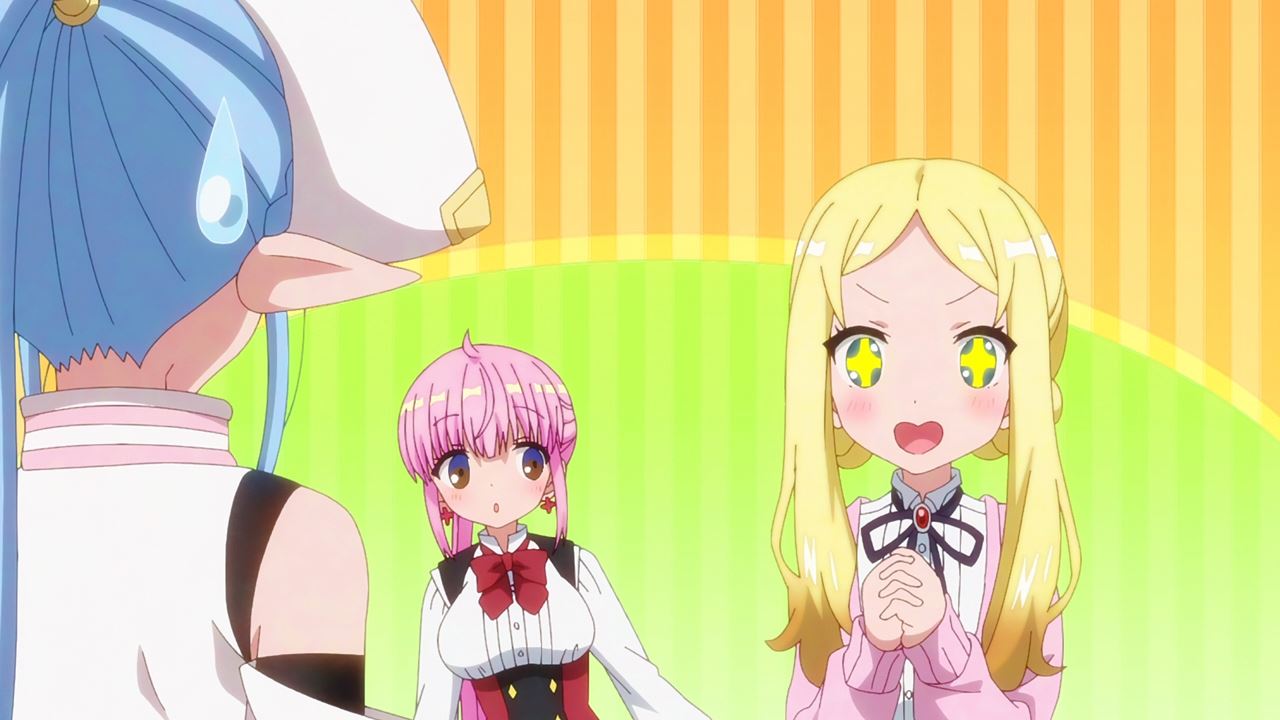 Oh yeah, here’s Rufuria where she’s pretty excited to find a house that’s worthy of a great sage like Luna Didrane. Okay Rufuria, you’re getting a bit gung-ho towards Luna-sama! 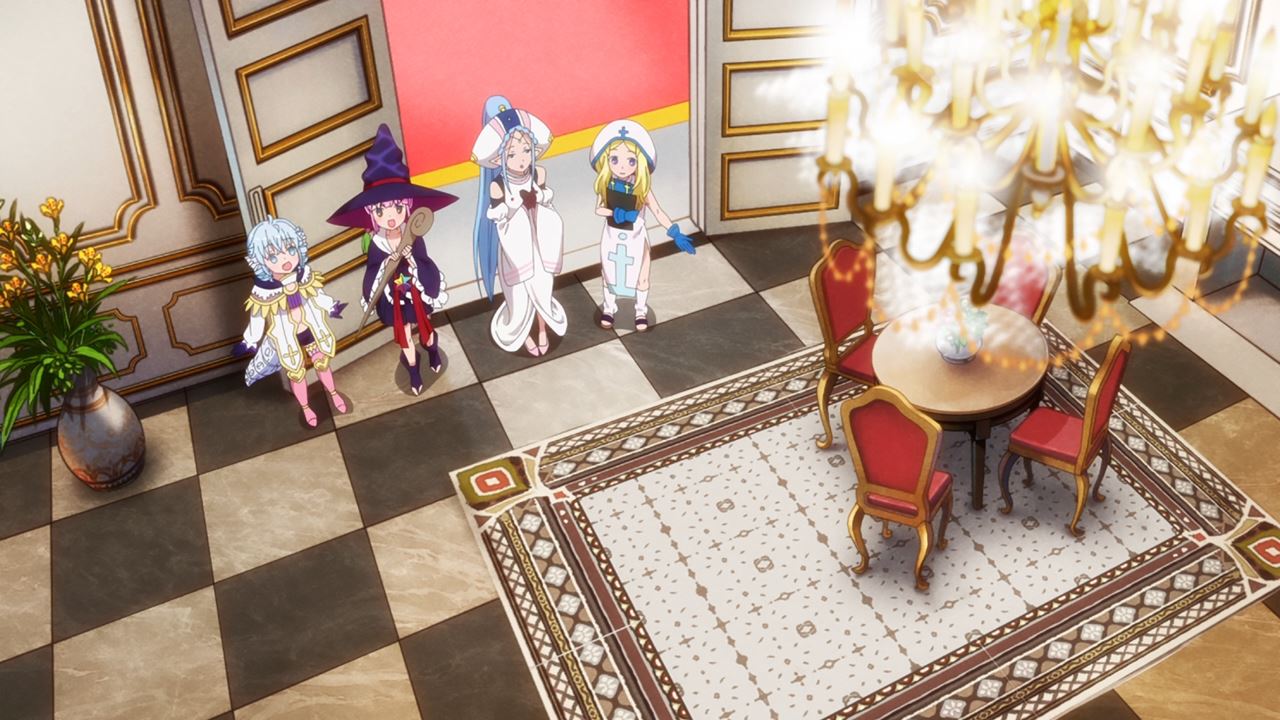 Sadly, it appears that none of Rufuria’s offer doesn’t suit Luna’s tastes. In fact, they looked extravagant that the great sage has a hard time adjusting to this lavish lifestyle. 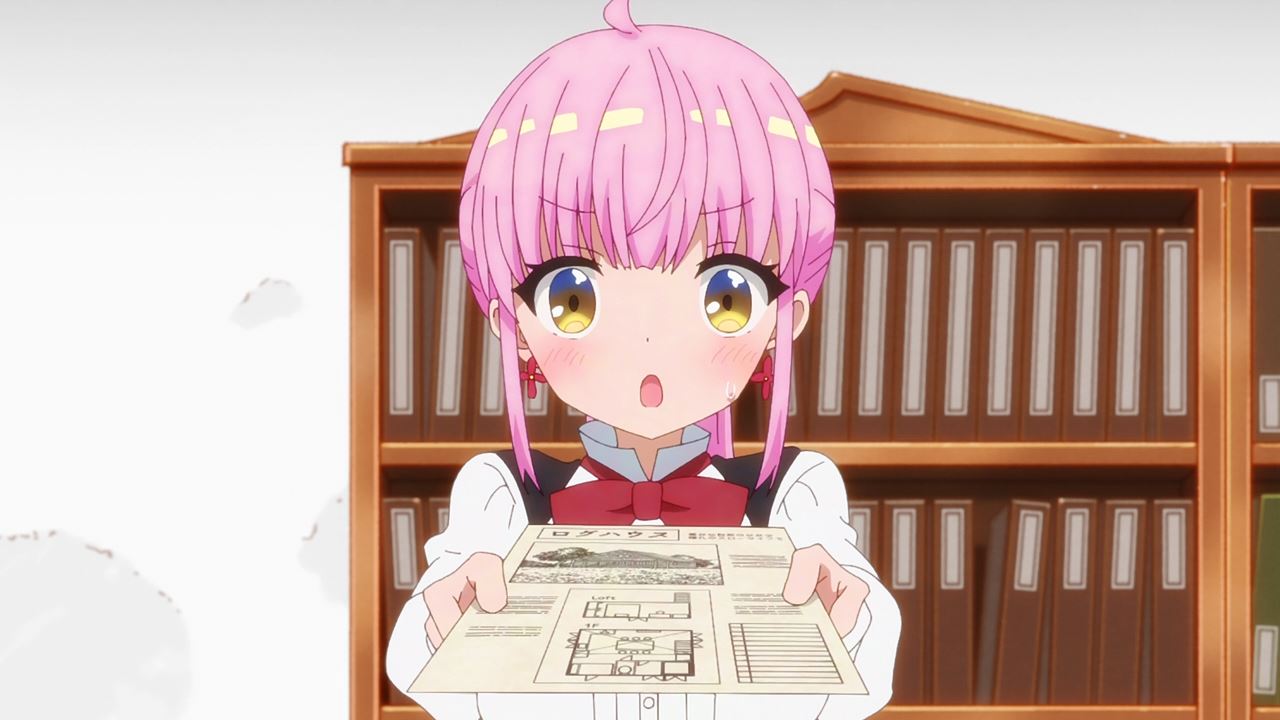 That’s until Kotone showed a pamphlet where the house is located in the outskirts of Dali. Oh boy, I wonder if it’s actually an abandoned mansion where a former witch used to live there? 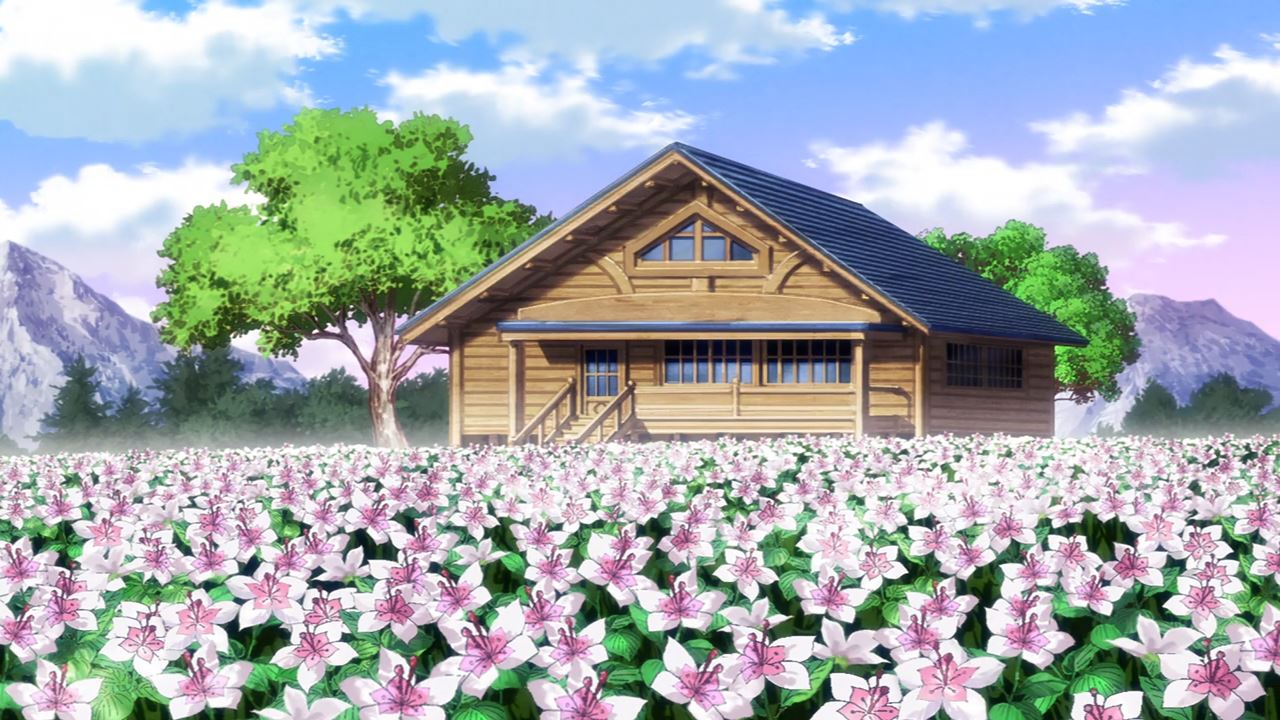 Oh wait, it’s actually a nice place full of Gustaf flowers. Turns out that Luna Didrane prefer to live in a quiet life rather than staying at some cushy mansion in a bustling city. 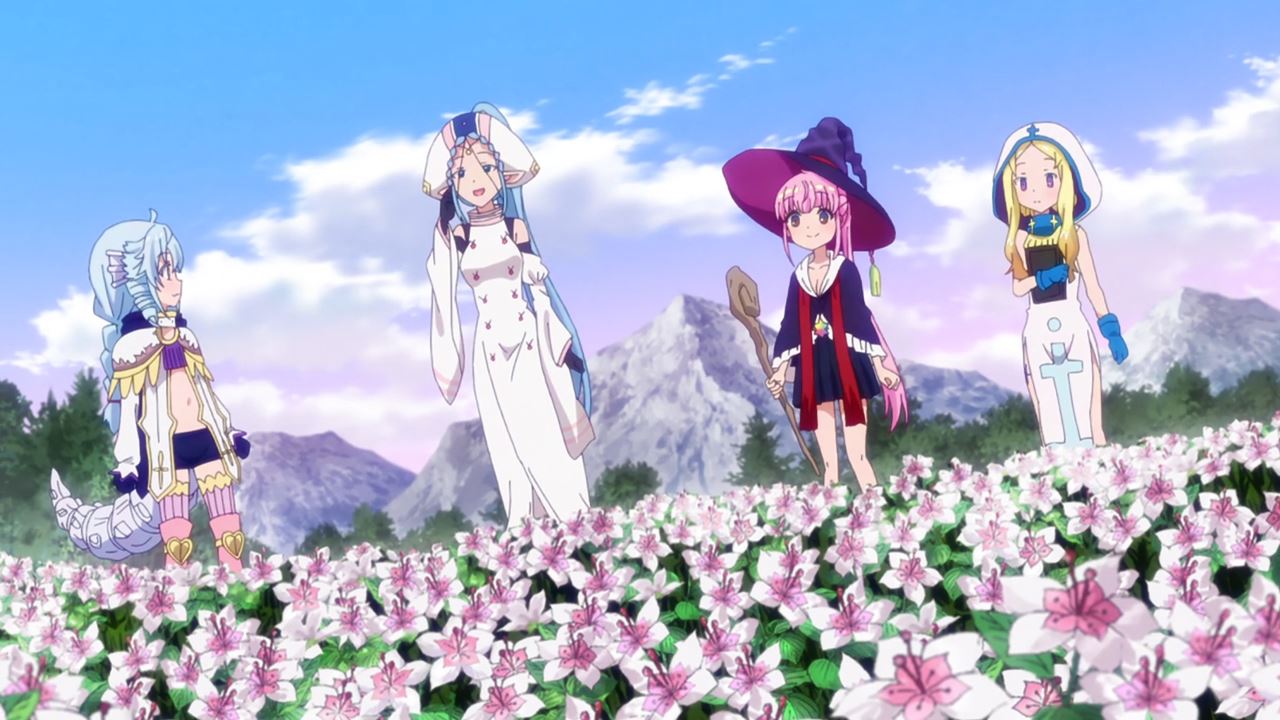 But yes, looks like they got a sale on this episode where the great sage will take this lovely abode. Let’s hope that she’ll pay them handsomely.

Anyways, I think this is somewhat interesting where it’s not about fighting monsters, but rather selling property to various people in the fantasy world. Still, I feel that I need to watch the next episode to see if it’s good or not.