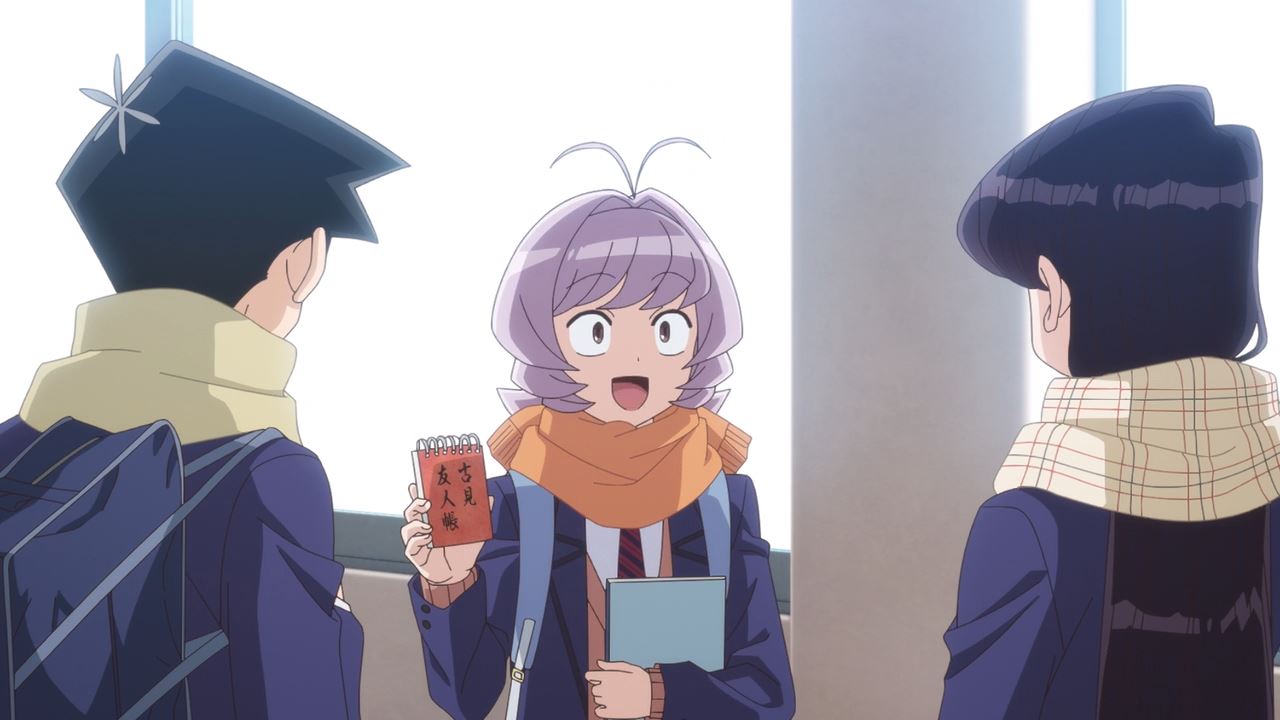 Fortunately, Hitohito Tadano and Najimi Osana are here to help Komi-san out and what a better way to do it is to list down her friends. I mean, Najimi prepared a task for her where everyone’s childhood friend told Komi-san to let everyone write their names onto the notebook. 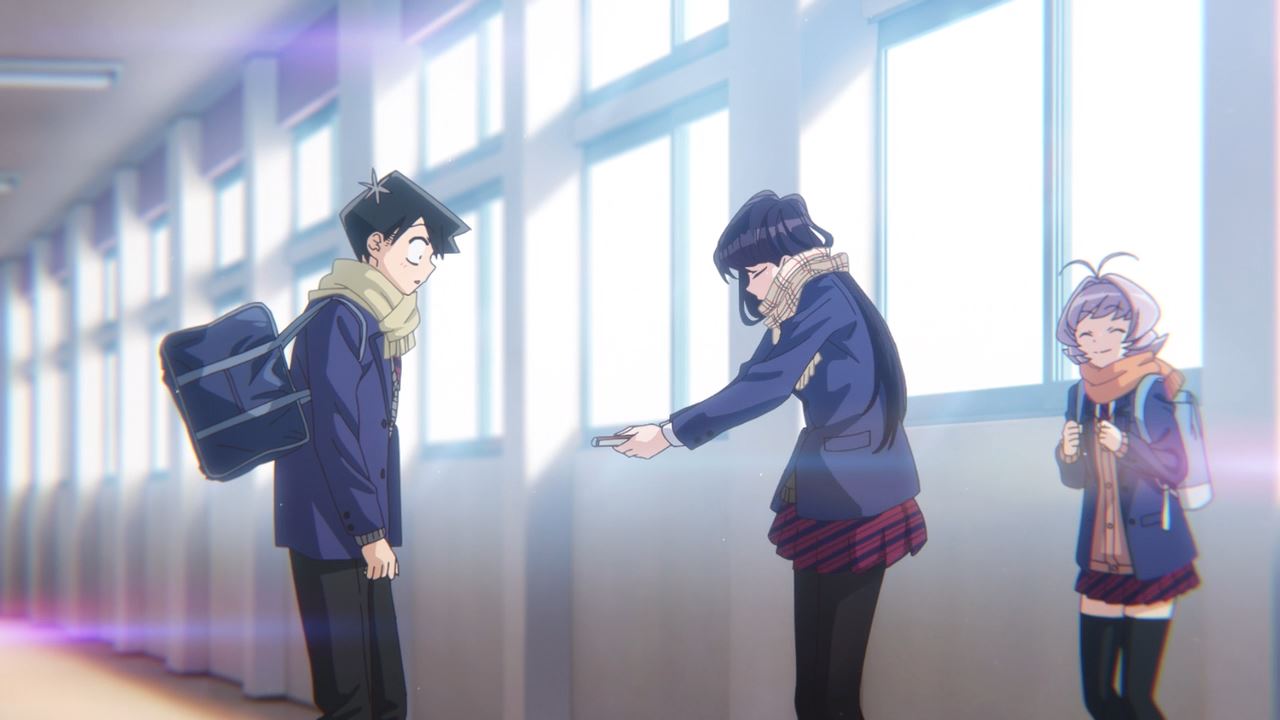 Of course, Komi-san will ask Tadano-kun to write his name onto her notebook. C’mon, he’s Komi’s first friend after all but she’s aiming for 100 friends! 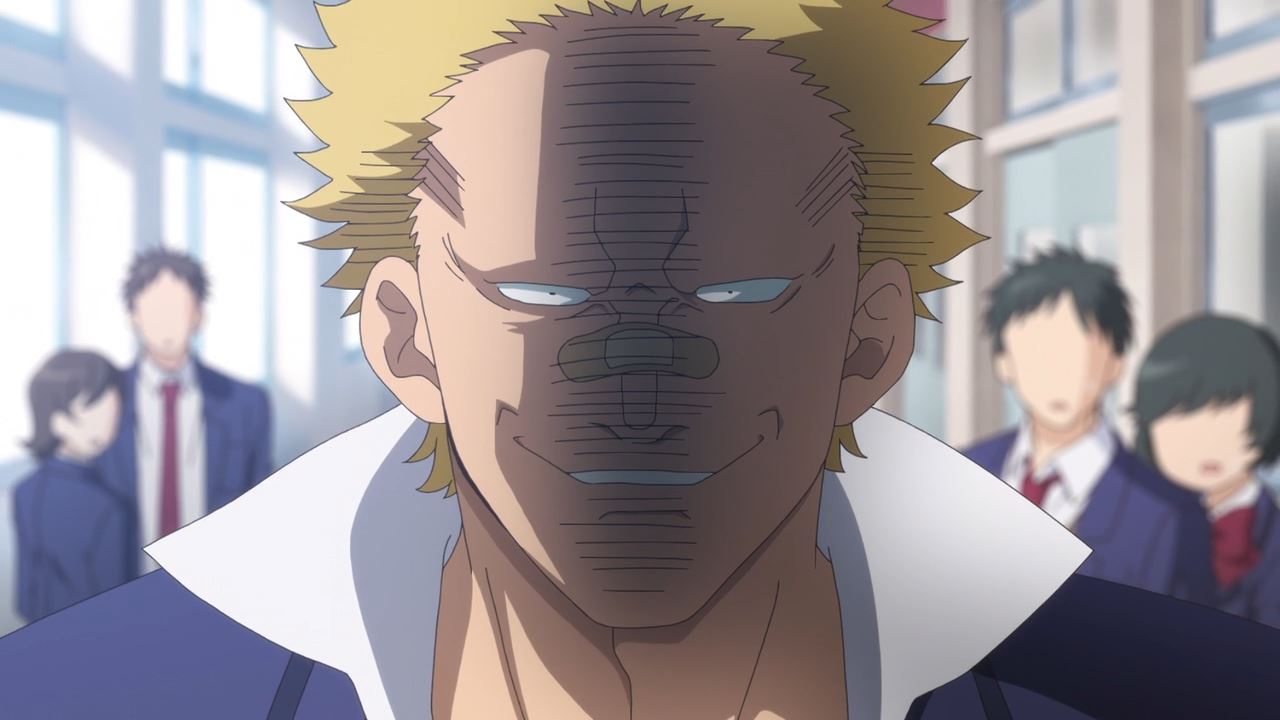 Now then, let’s introduce a character named Makoto Katai where he looked like some thug who’s gonna punch somebody if pissed off. 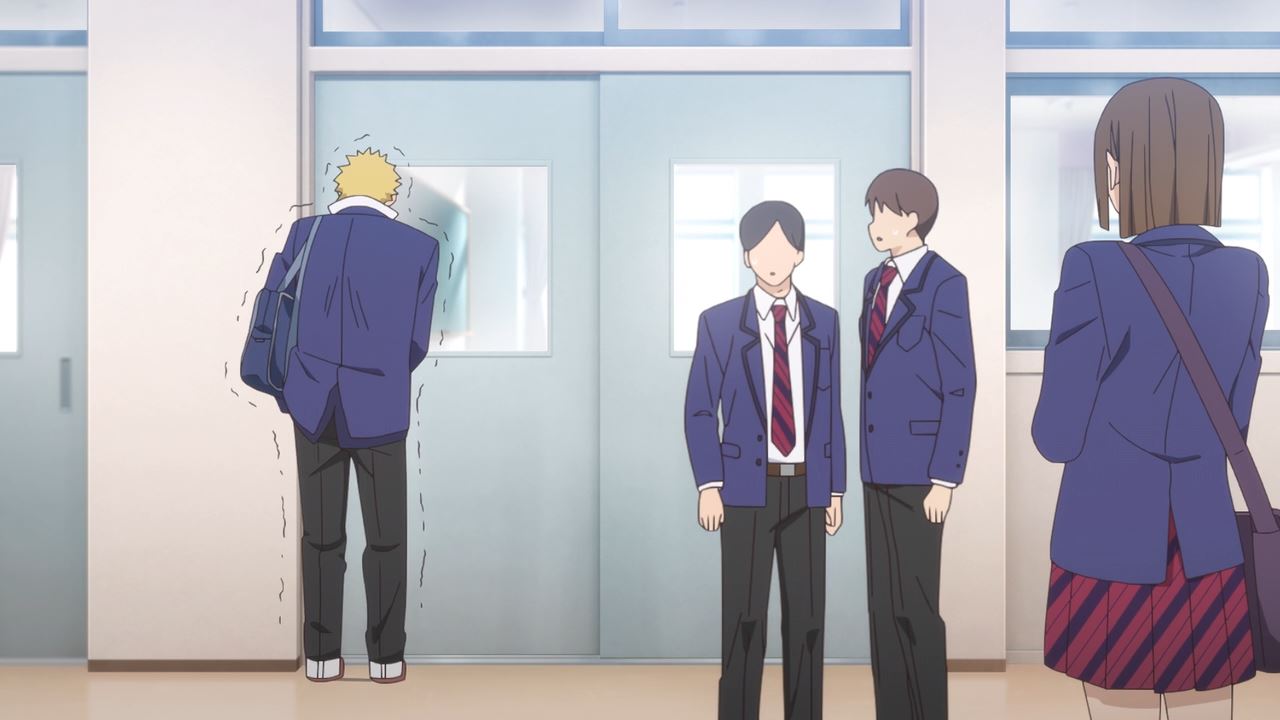 But judging from his body language, Katai-san is actually quite nervous as it turns out that he’s originally a scrawny and sickly dude who missed both 1st and 2nd terms, thus he bulk up his muscles and dyed his hair to look cool.

Basically, Katai-san is a sheep in wolf’s clothing who needs some catch-up to do. 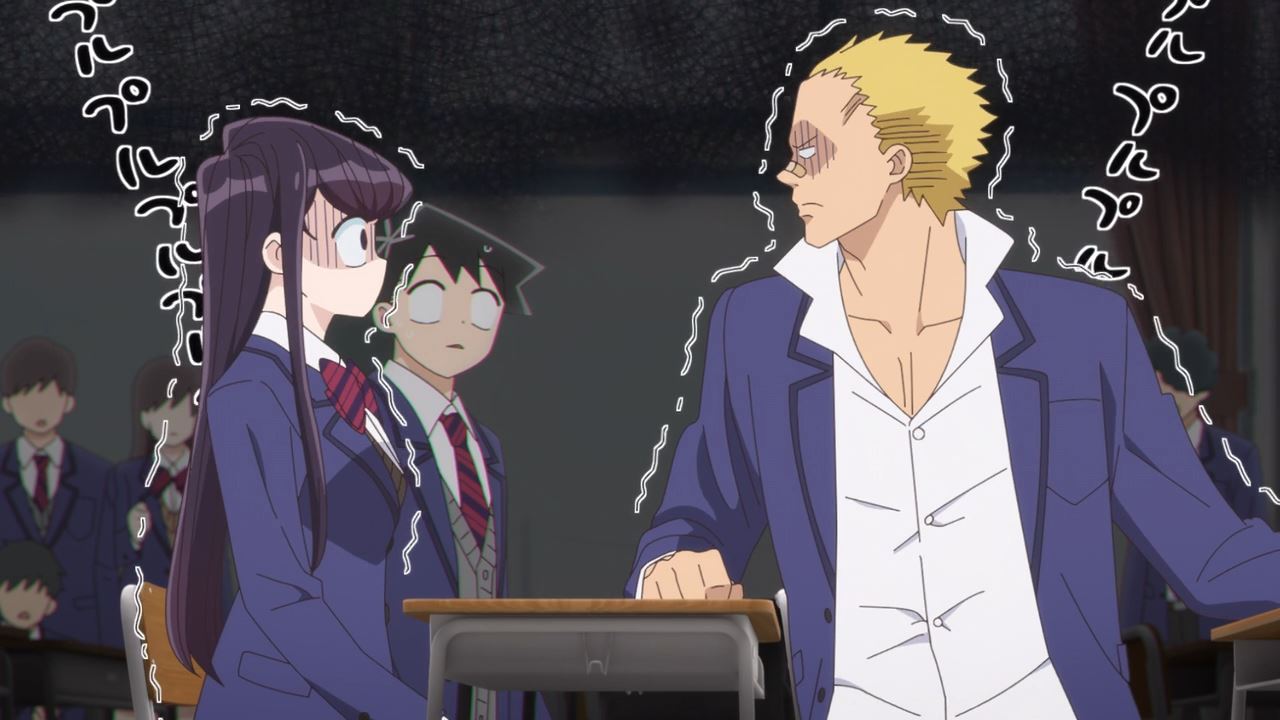 Unfortunately, seems that an unstoppable force named Makoto Katai has met an immovable object that is Shouko Komi, as both classmates couldn’t communicate aside from looking mena- I mean, awkwardly at each other. 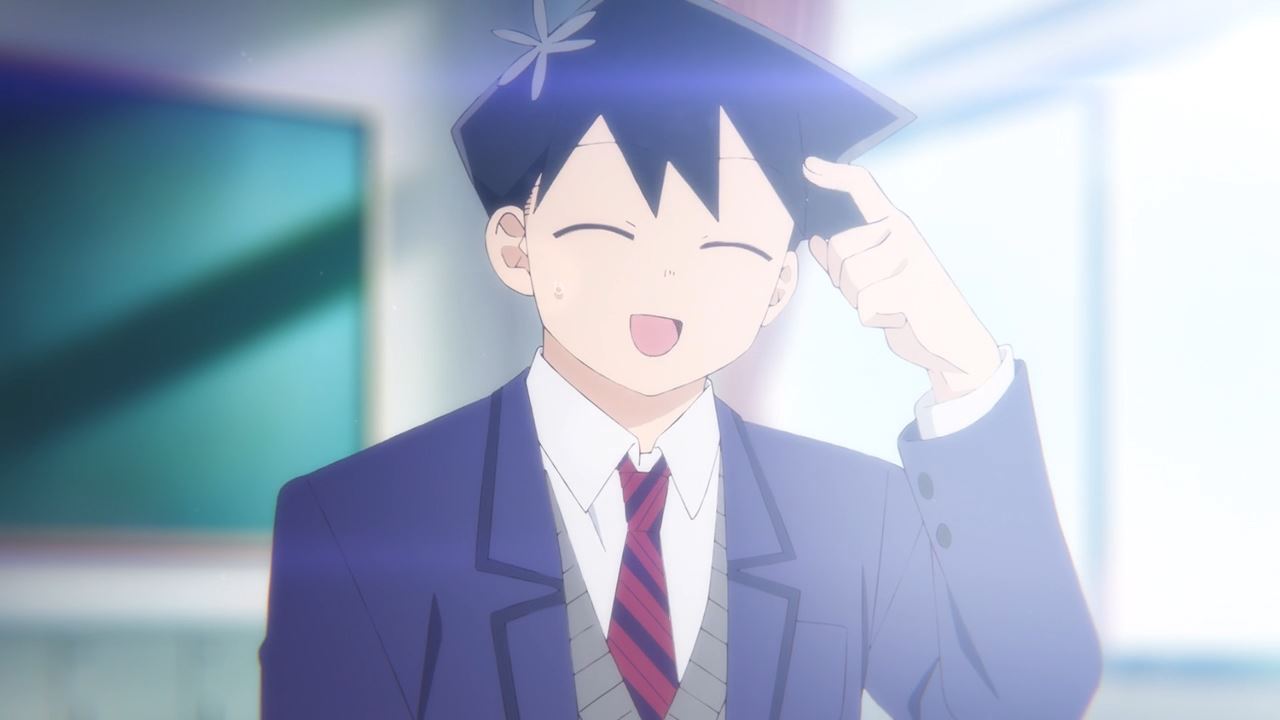 That’s until Hitohito Tadano reached him out where he already read the room. Besides, he already did this to Shouko Komi back in the first episode. 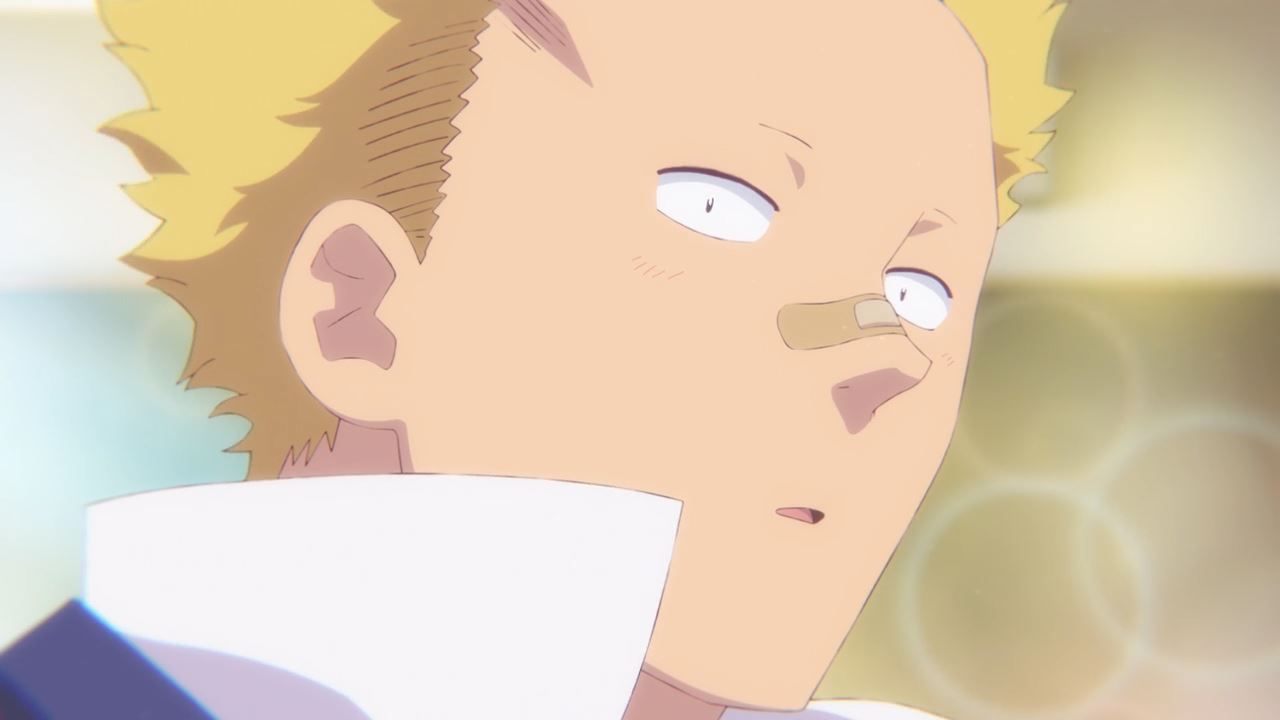 But there you have it as Makoto Katai found a new friend after missing out 2/3rds of the school year. Let’s hope that Katai-san will make up for his loss in the last term. 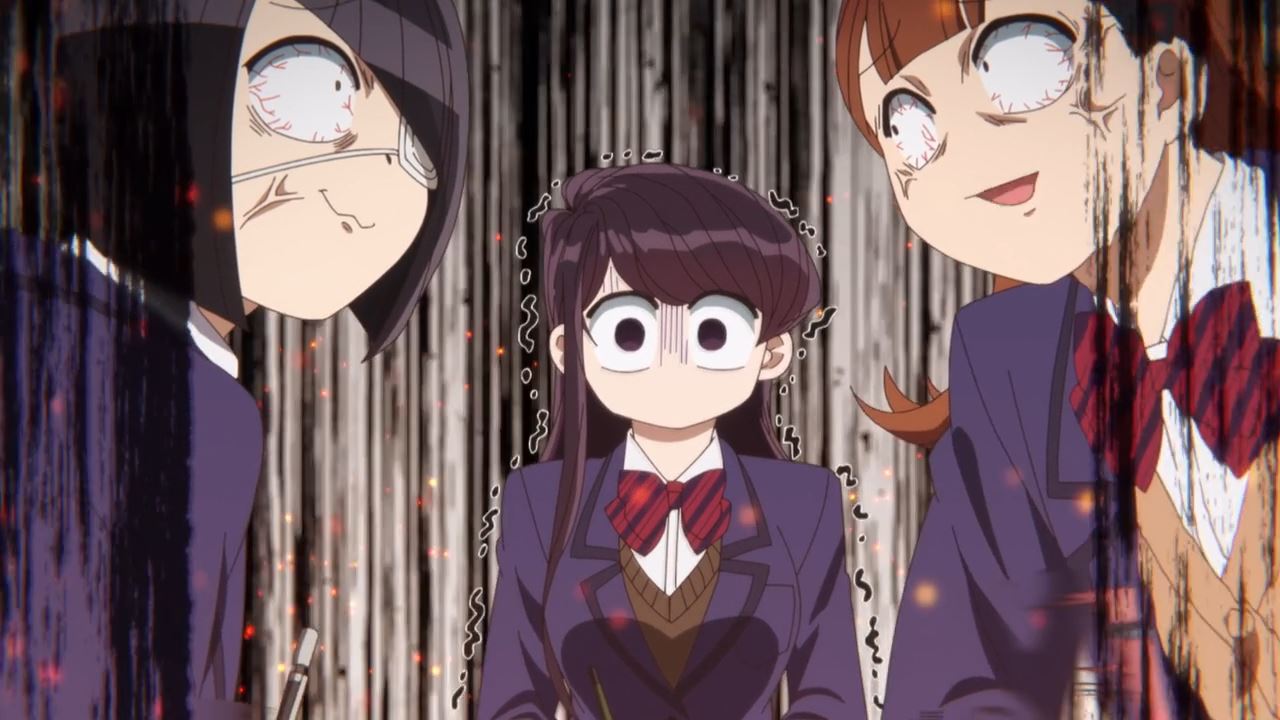 And now, let’s end this episode where we have Omoharu Nakanaka and Ren Yamai fighting over Komi’s affection, although they should focus on their studies ’cause exams will arrive soon. 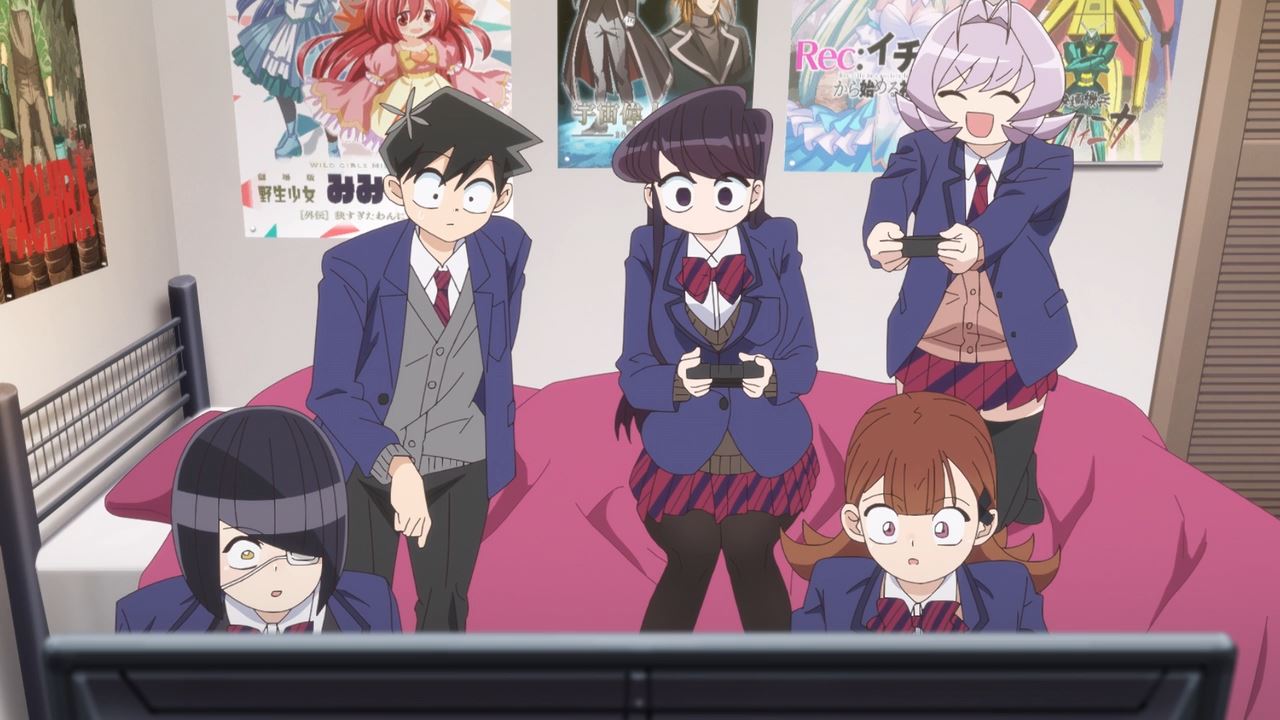 On second thought, they abandoned their time for studying in favor of beating the shit out of each other. Sadly, they lost to everyone’s childhood friend Najimi Osana! 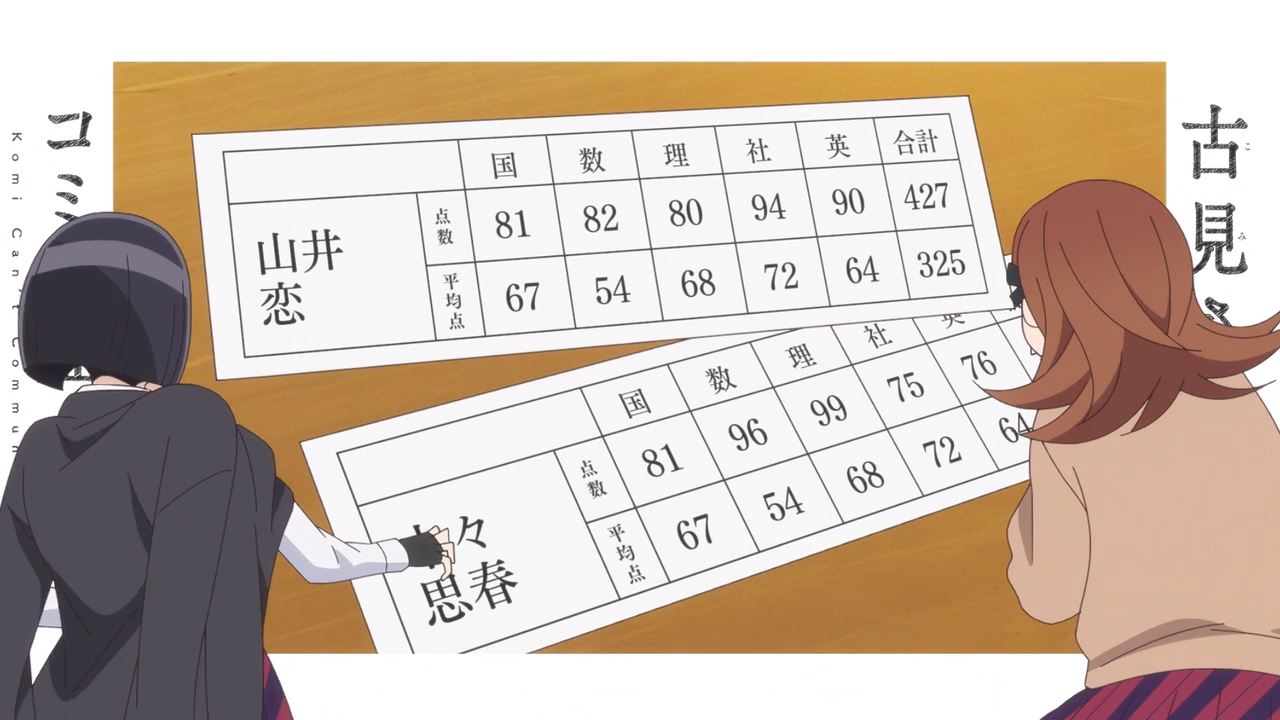 Oh and one more thing, seems that both Nakanaka and Yamai got the same test scores, so basically they’re even for now.

Anyways, I’m looking forward for the next episode of Komi-san Season 2!