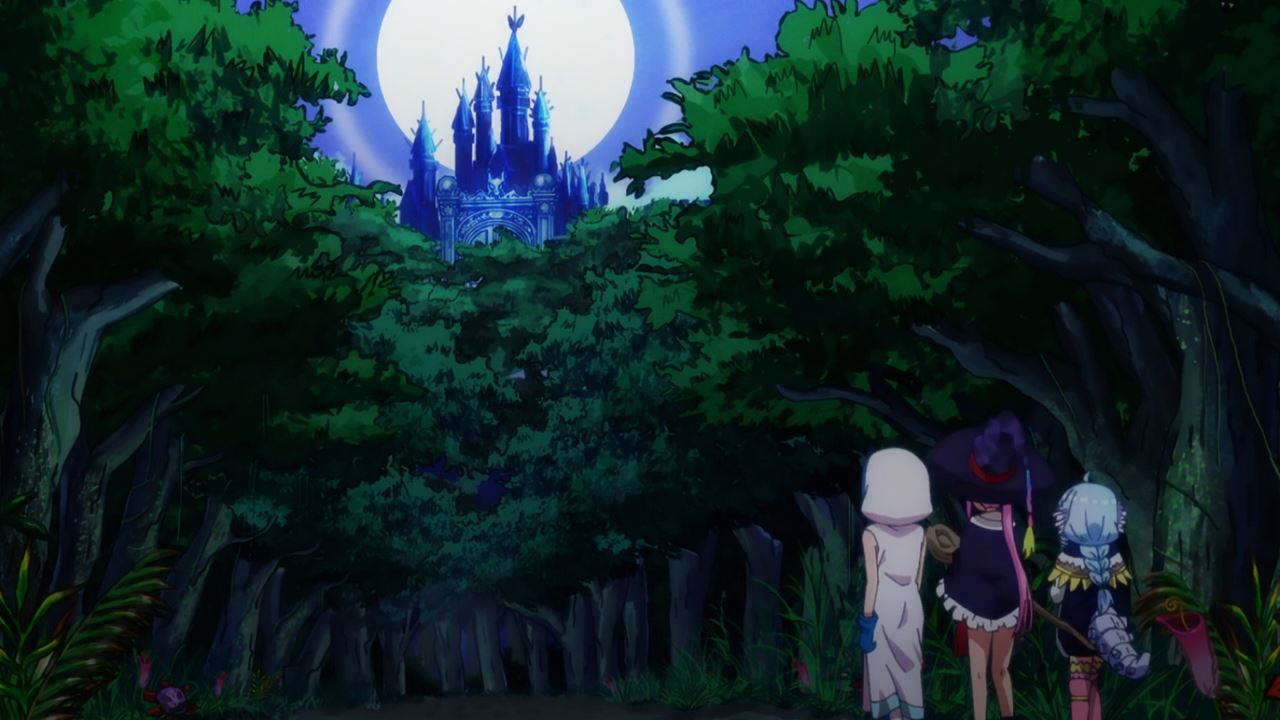 Well everyone, it’s time for Kotone Kazairo and her friends to explore the dark lord’s castle. Oh boy, are they gonna fight the final boss already? 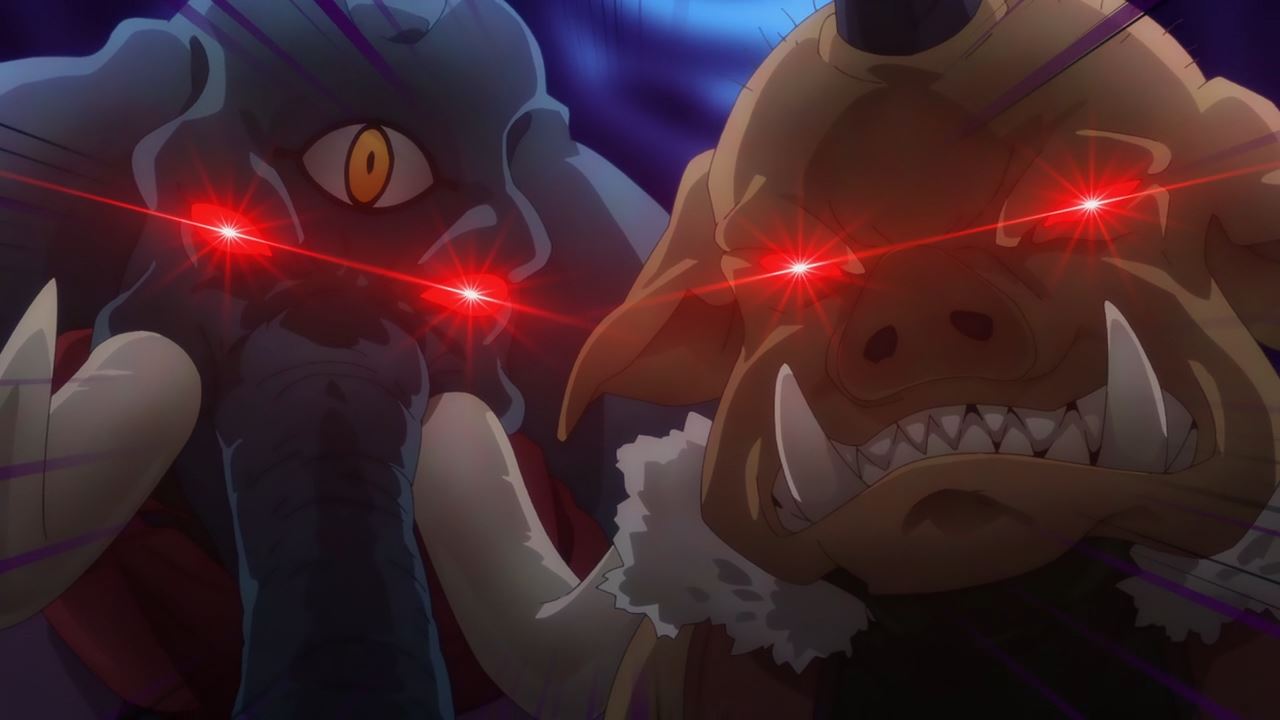 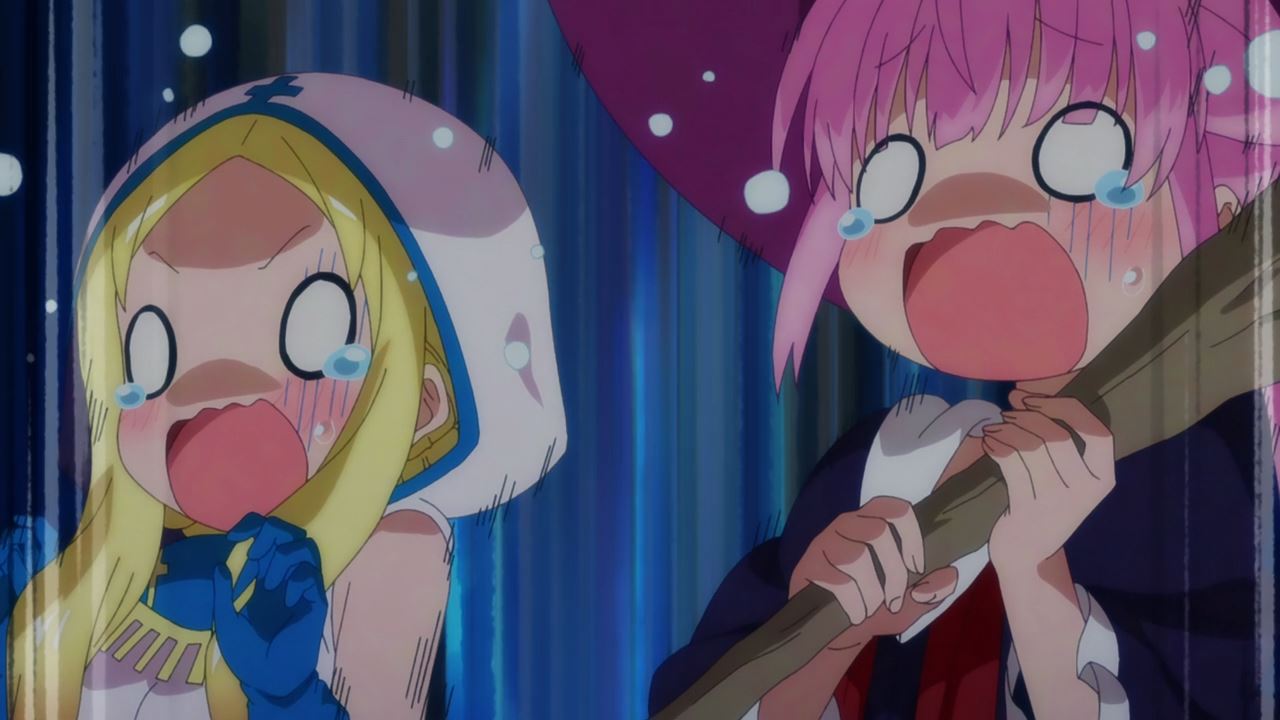 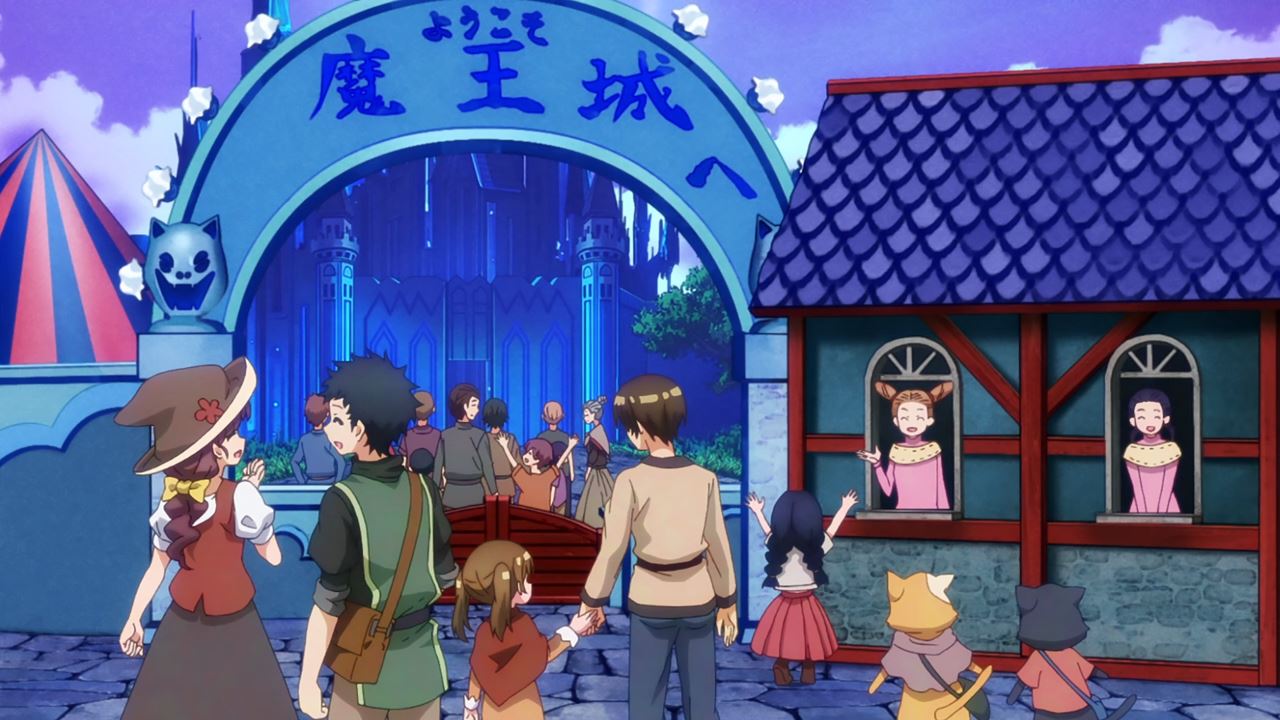 Turns out that the castle has turned into a theme park after the hero defeated the dark lord.

Yeah, seems that it became a lively place where kids enjoy the attractions, although the dark lord won’t like how his castle turned out. 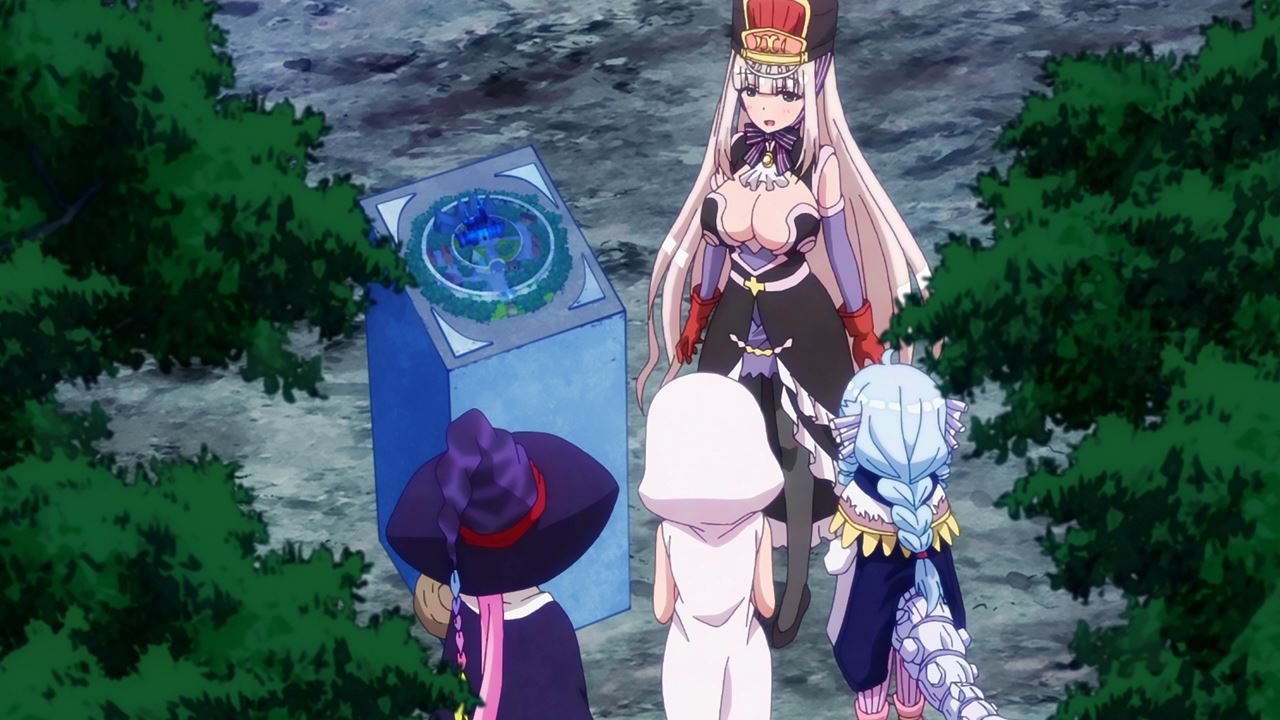 Oh yeah, I forgot to introduce you to Satona where she’s the one who brought Fa to the RPG Real Estate. Basically, a mentor to both Rufuria and Rakira.

Speaking of Lady Satona, she found some dwellings around the castle where they can be rented by various people. 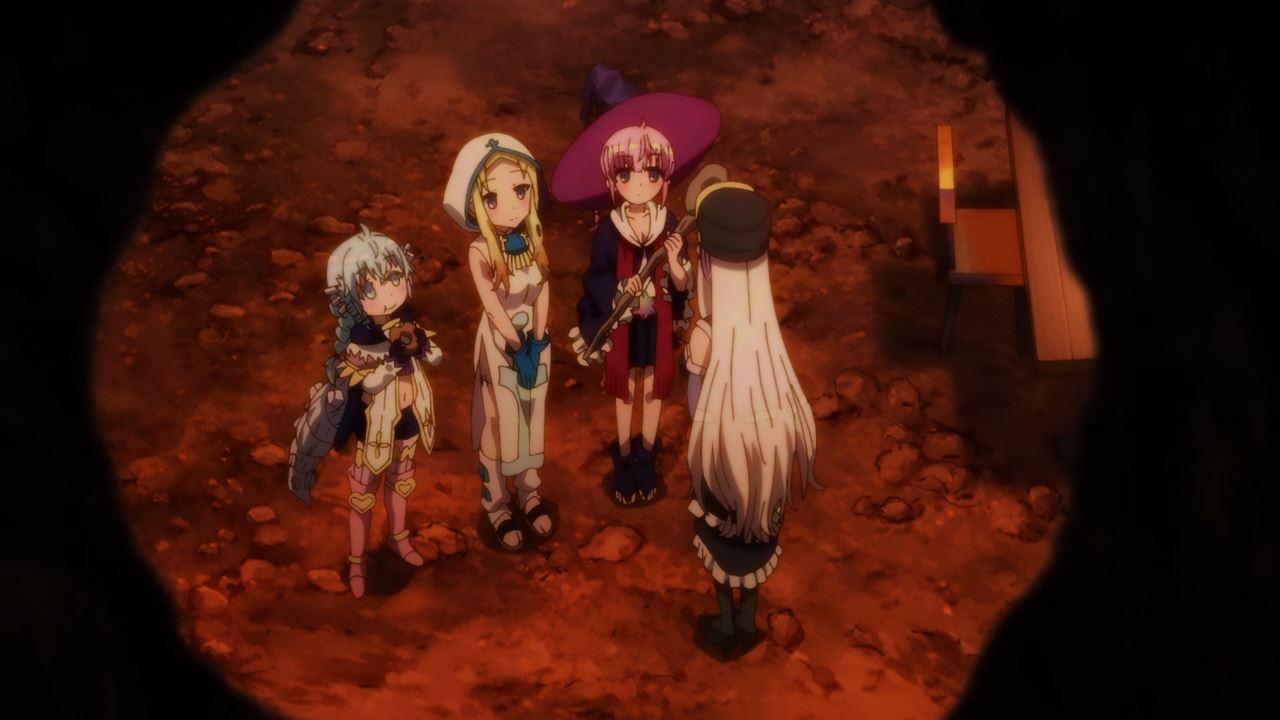 On second thought, some of the dwellings have some problems like having a bunch of holes. I think no sane human will live there. By the way, what happened to Rakira? 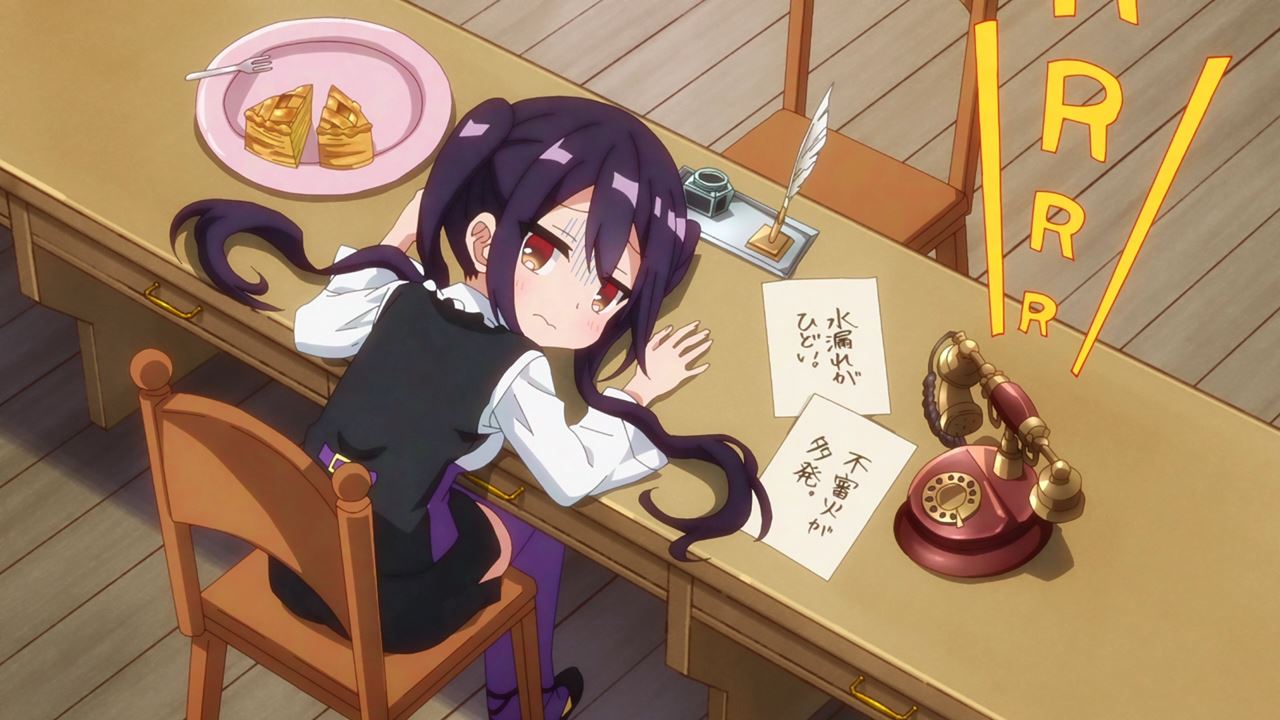 Oh, seems that she’s having trouble dealing with irate calls from various customers. I have a feeling that some tenants are complaining about monsters causing lots of trouble. 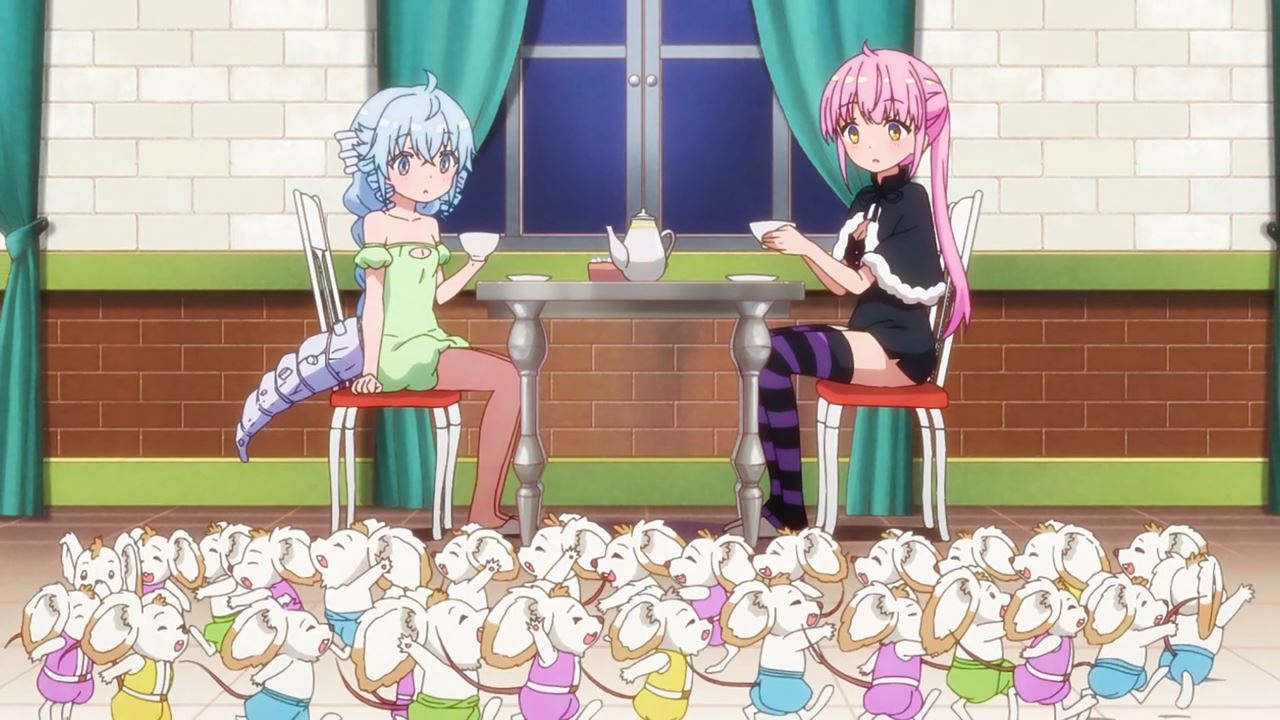 Speaking of trouble, it appears that Kotone and Fa-chan will have to deal with a large family of rodents who runs around and sometimes create some holes. 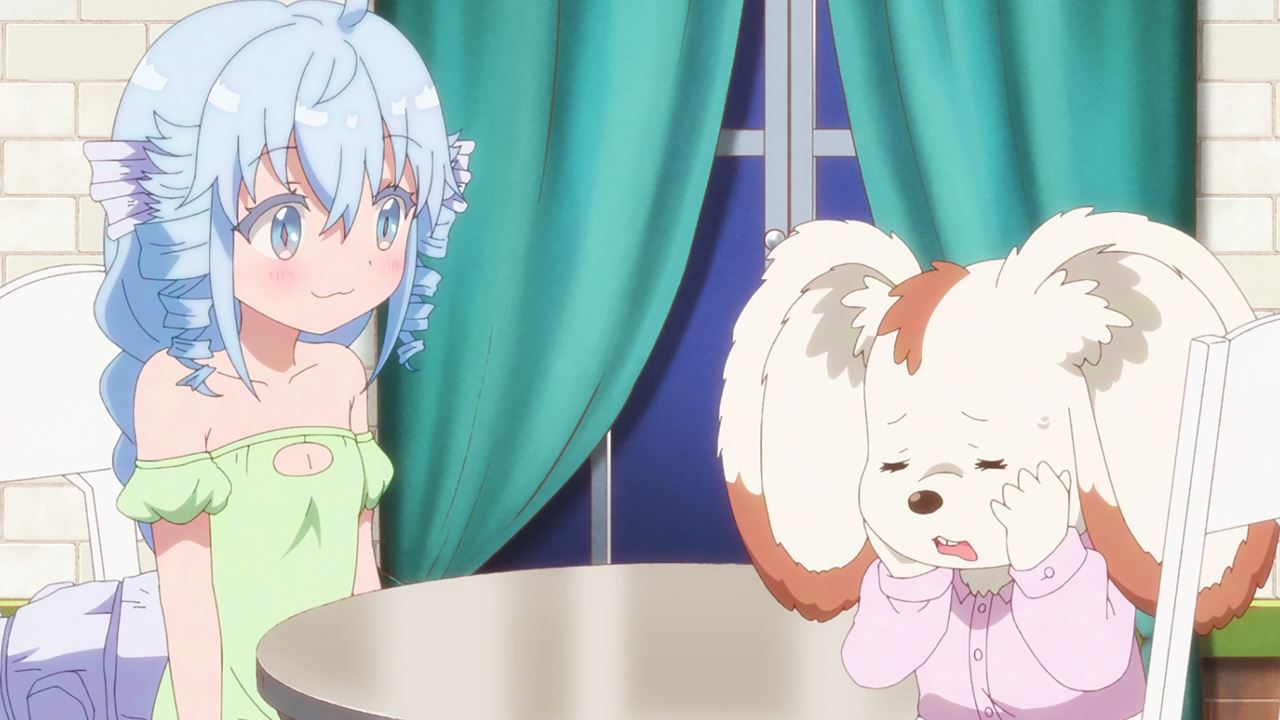 Even the mother is worried that her children might get ostracized for being too rowdy. Hmm, I think Kotone and Fa-chan got an eureka moment upon hearing the mother’s plea. 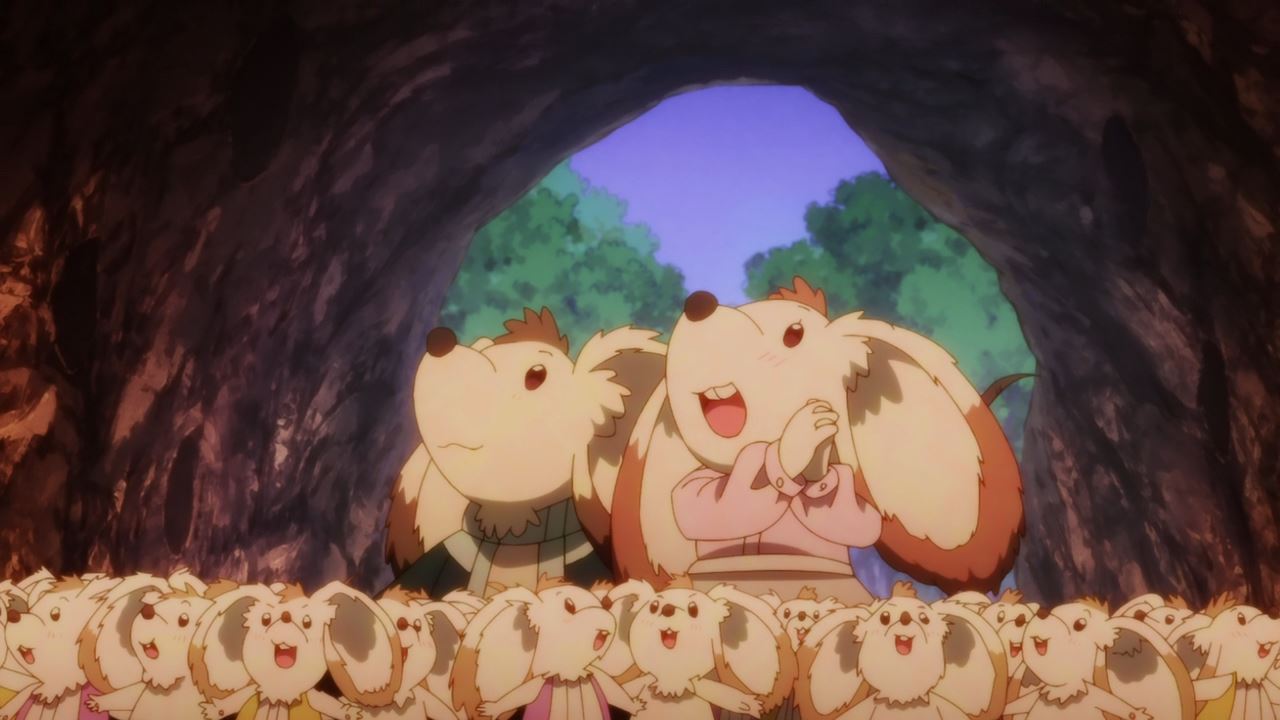 Anyways, their solution will be placing the rodent family to a cave where the kids can dig holes. 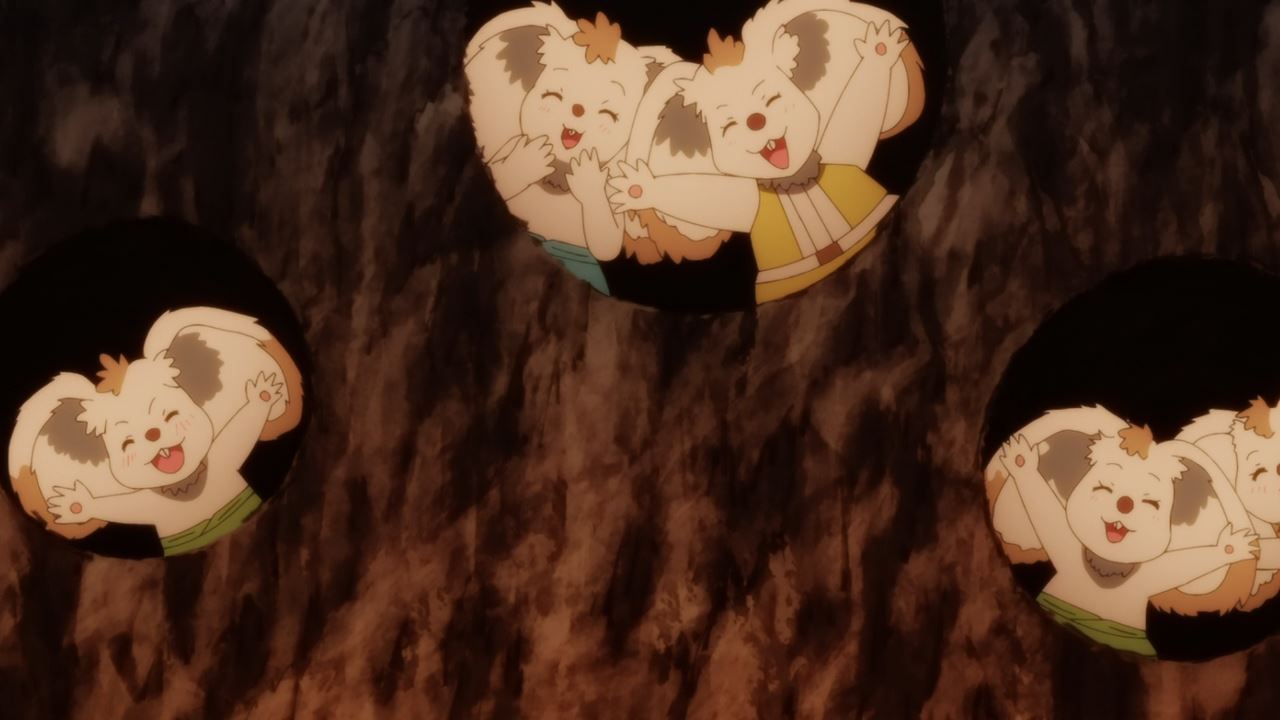 Heck, even the kids love it as they can dig holes or even live inside them. But yes, looks like Kotone Kazairo and Fa did a great job of solving one’s problem. 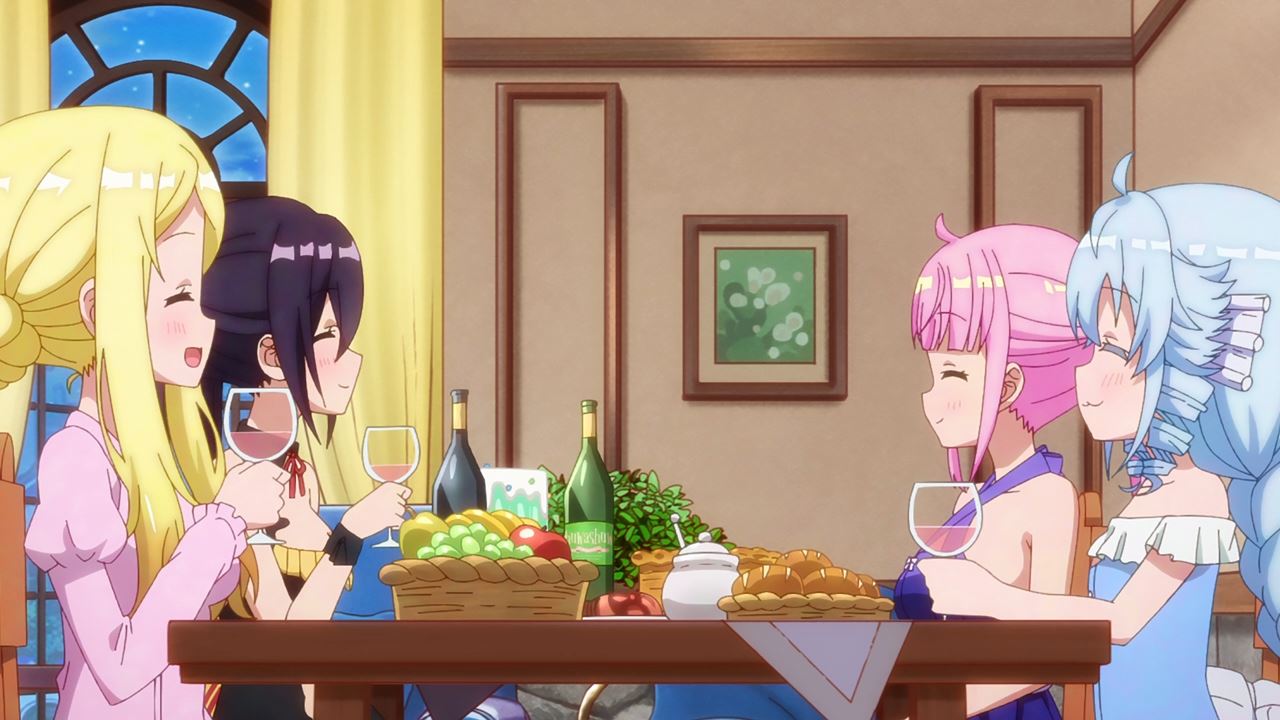 And now, let’s end this episode where Rufuria and Rakira invited both Kotone and Fa-chan to their fancy apartment for a sleepover. But first, they’ll have a fancy dinner complete with champagne! 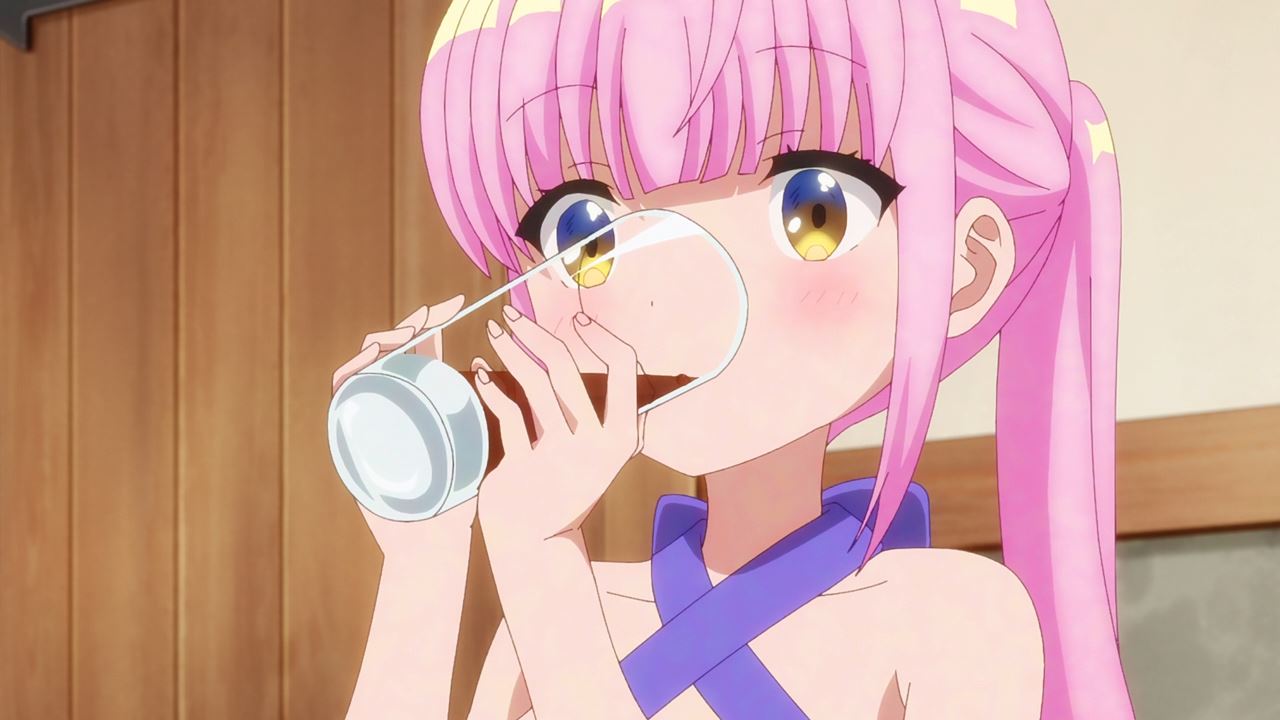 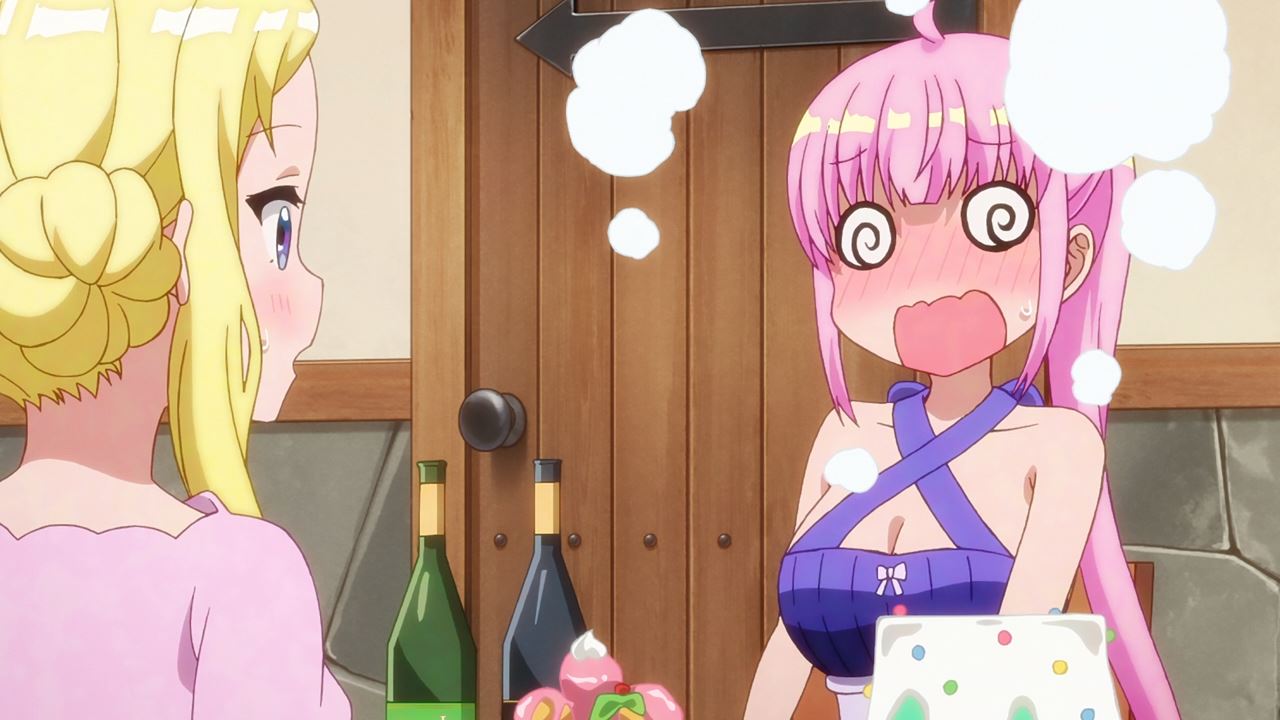 Then again, Kotone couldn’t handle strong alcohol as her head turned red. Anyways, tune in next time where the girls will help various customers on getting their ideal house!