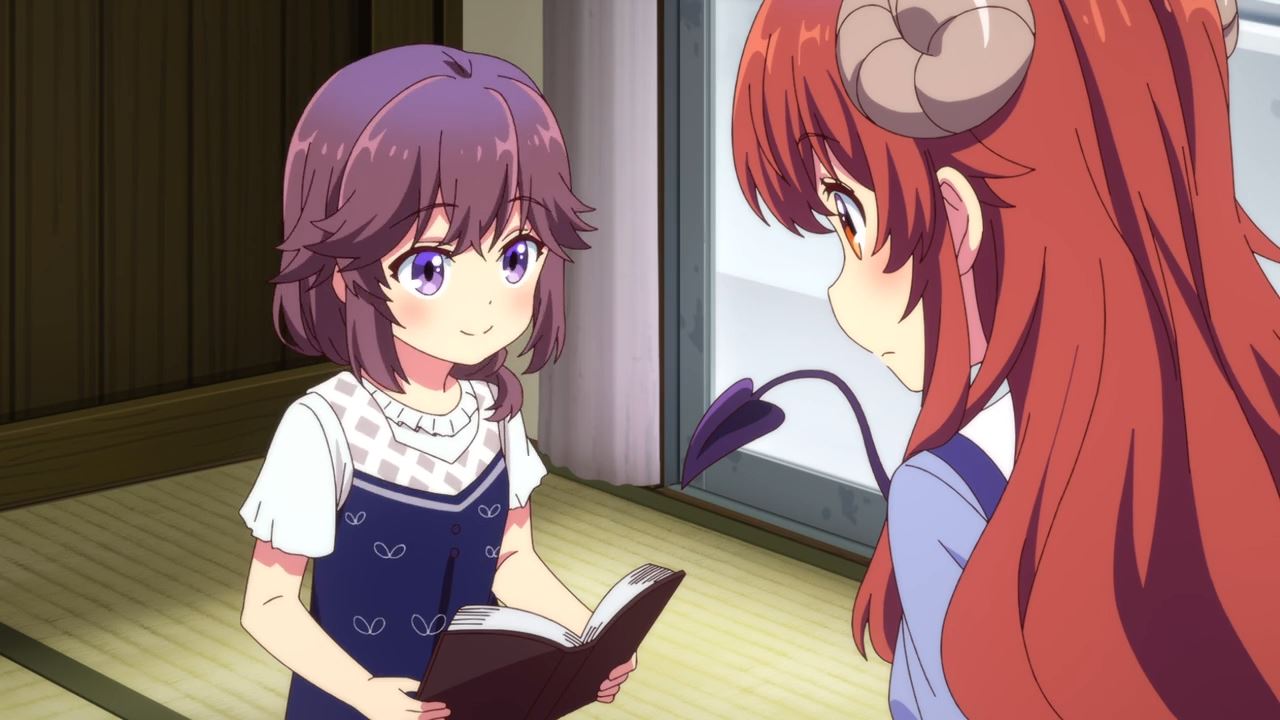 Let’s begin with Ryoko Yoshida where she’s reading a book about assassinations and betrayals in ancient China. Yeah, Ryoko is really a smart girl when it comes to reading difficult books. 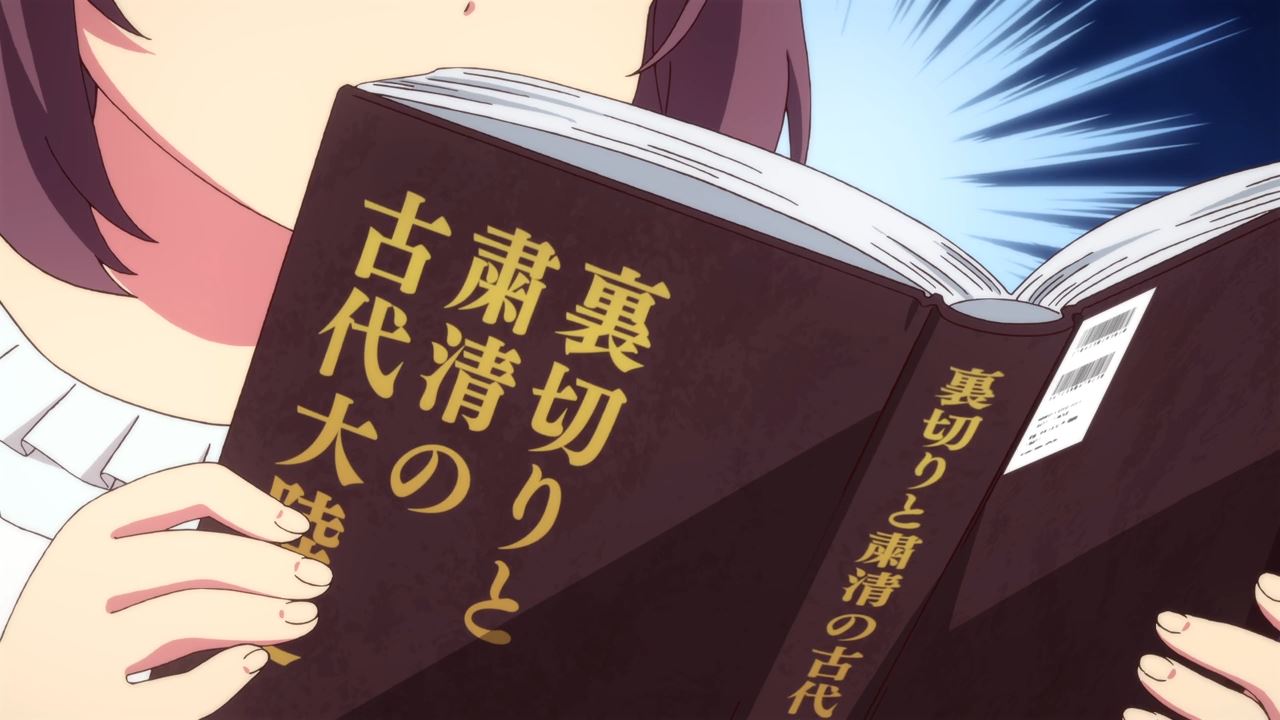 However, I think Yuko is not the sharpest tool in the shed when it comes to applying military tactics against her sworn enemy: Momo Chiyoda. 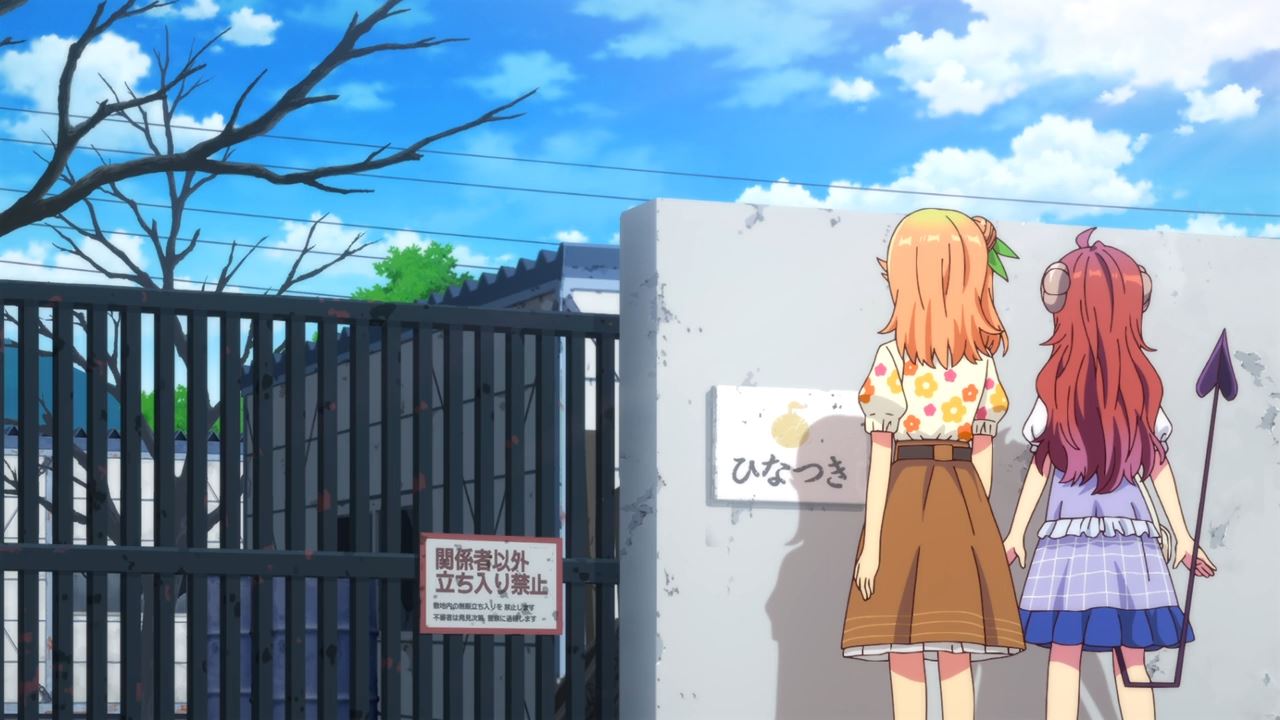 But let’s move onto the 2nd episode where Shamiko visits an abandoned factory owned by the Hinatsuki family.

By the way, there’s an interesting story from Mikan where her father’s business is on the verge of bankruptcy, thus he summoned a demon in order to save his failing business. 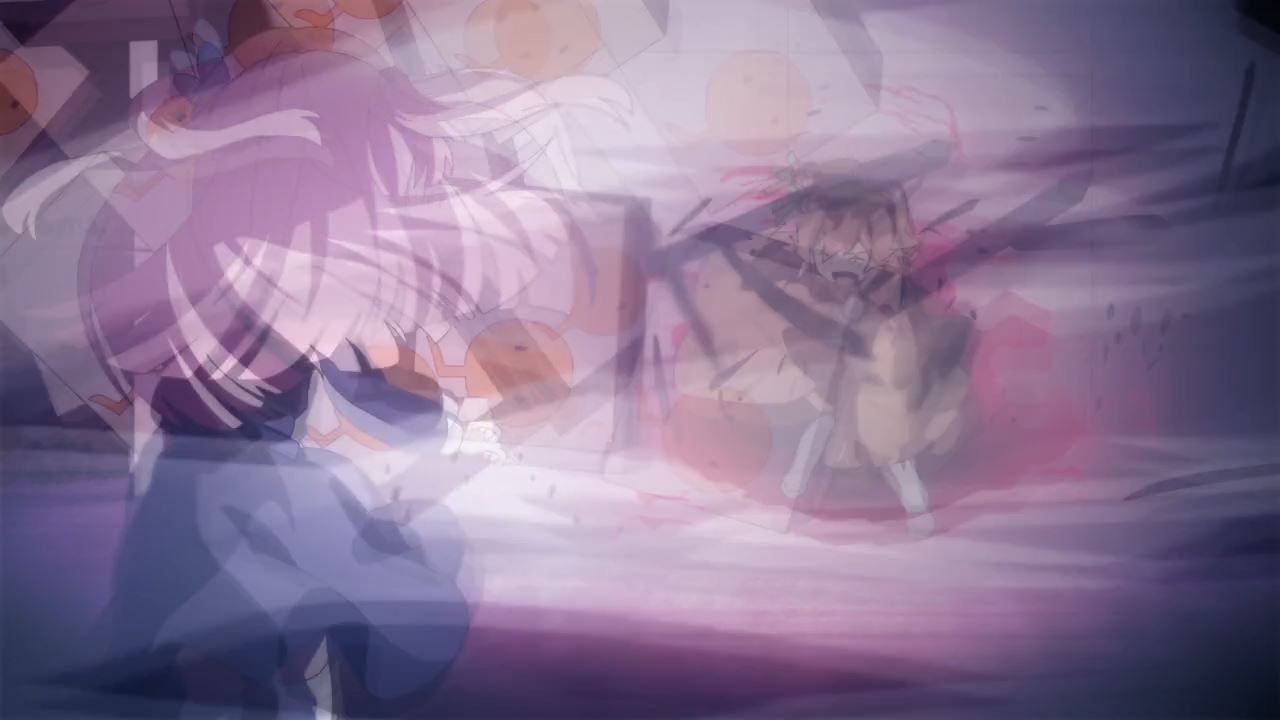 However, there’s a miscommunication where Mikan was cursed instead. Fortunately, a young Momo is here to subdue to curse inside Mikan-chan. 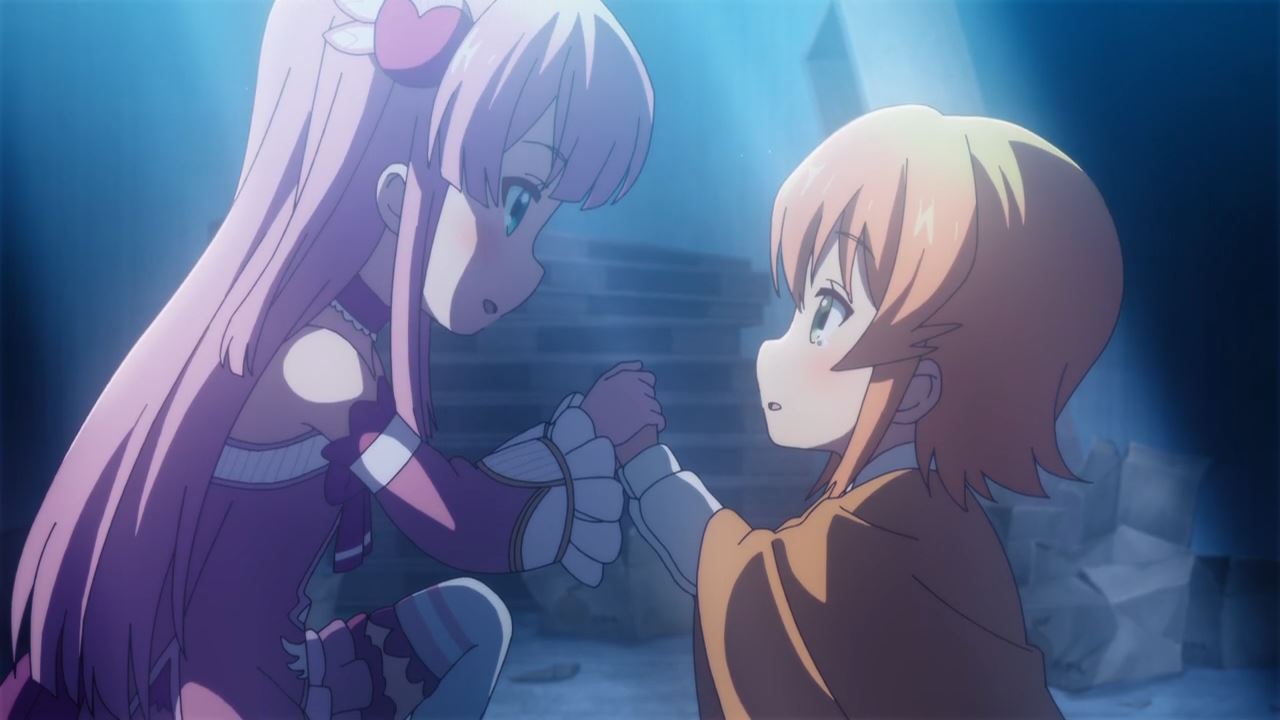 Thanks to Momo Chiyoda, the curse has been lifted from Mikan, although the Hinatsuki box business went kaput afterwards. But hey, what’s important is that Mikan is still alive. 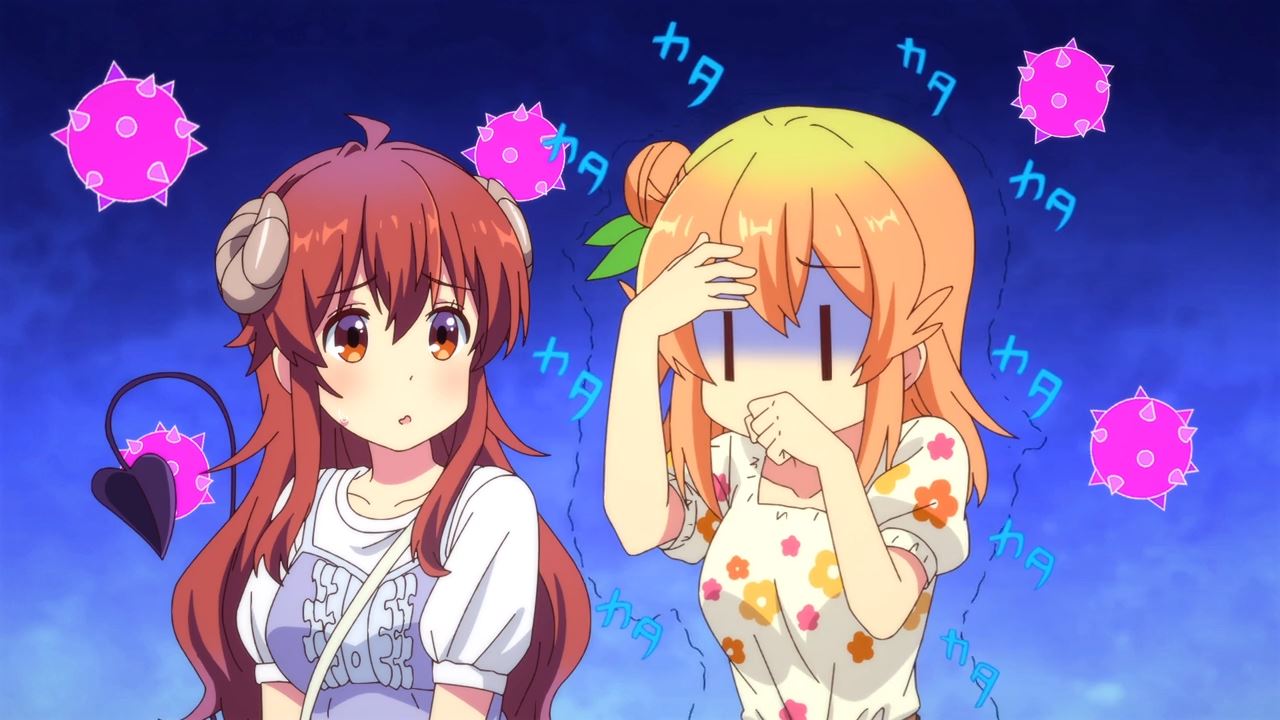 Then again, it appears that she has some bad memories when Momo gave some weird food to Mikan back then.

Oh and one more thing, there’s still some remnants of her curse when slightly-bad things happen to Mikan due to strong emotions. With that said, let’s explore more on the Hinatsuki factory. 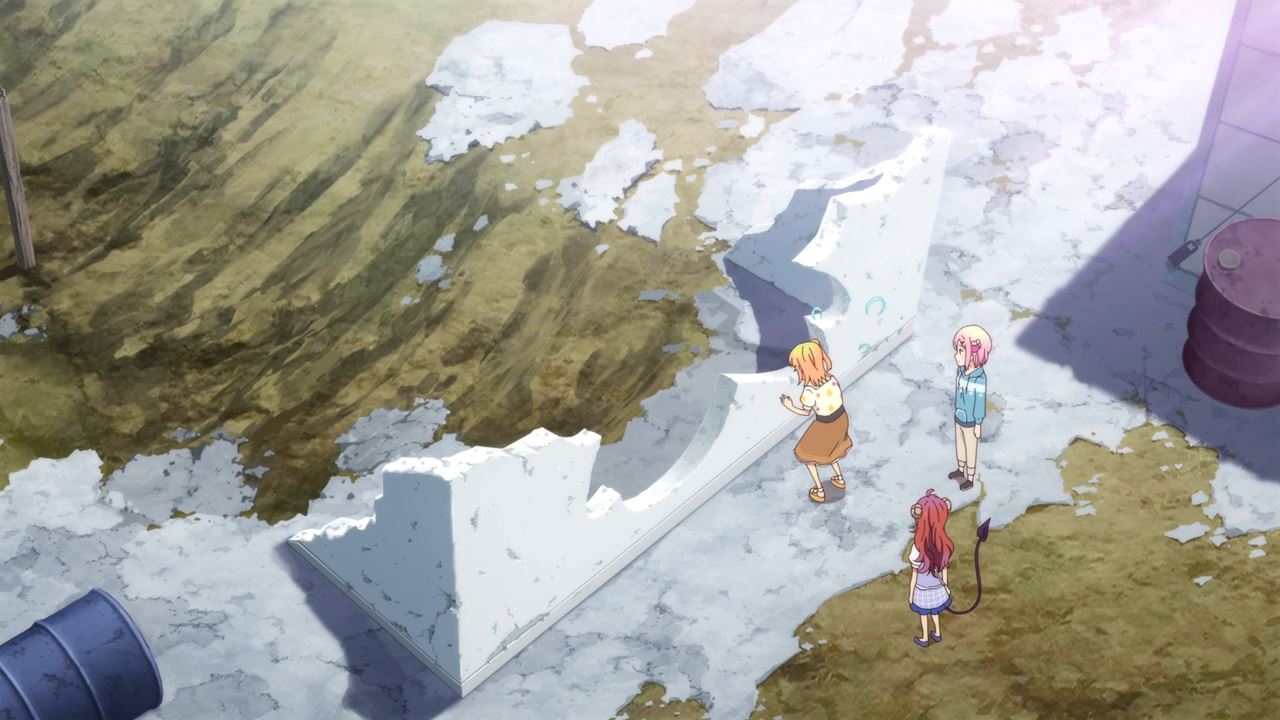 On second thought, I feel that I’ve seen this scene before. In fact, I remember back in the first season where Momo teaches Yuko how to cast magic with hilarious results.

By the way, that large building over there wasn’t demolished by Momo, rather it was her sister Sakura who destroyed the building with her hilariously-named magic spell Sakurament Cannon. Honestly, it’s better than Fresh Peach Heart Shower. 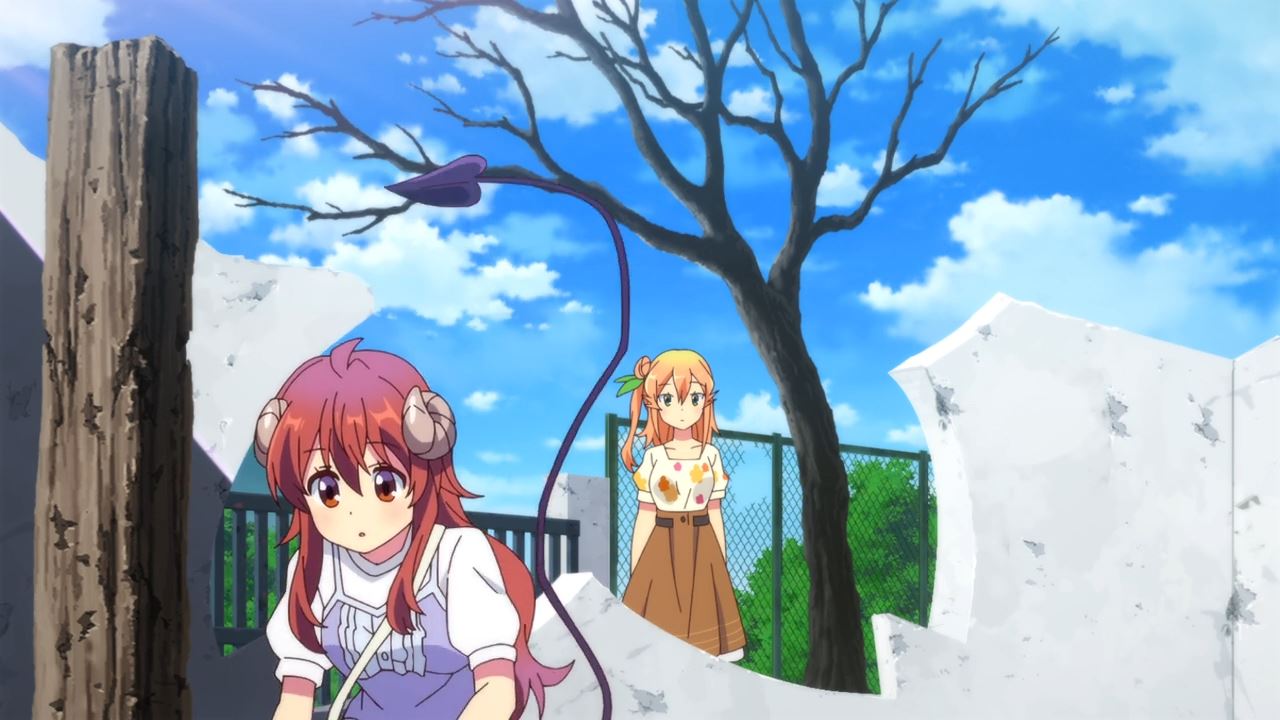 Meanwhile, it appears that Shamiko found something underneath the soil after hearing a voice. Oh boy, I wonder if it’s related to Sakura Chiyoda? 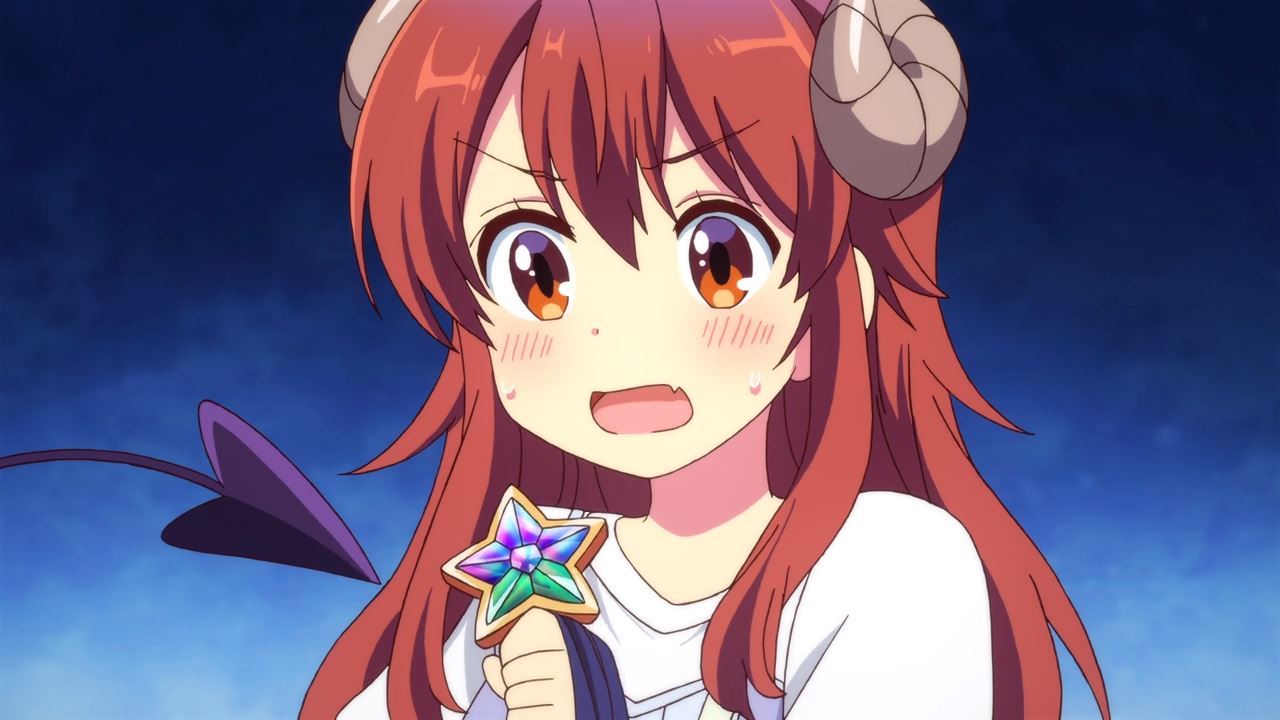 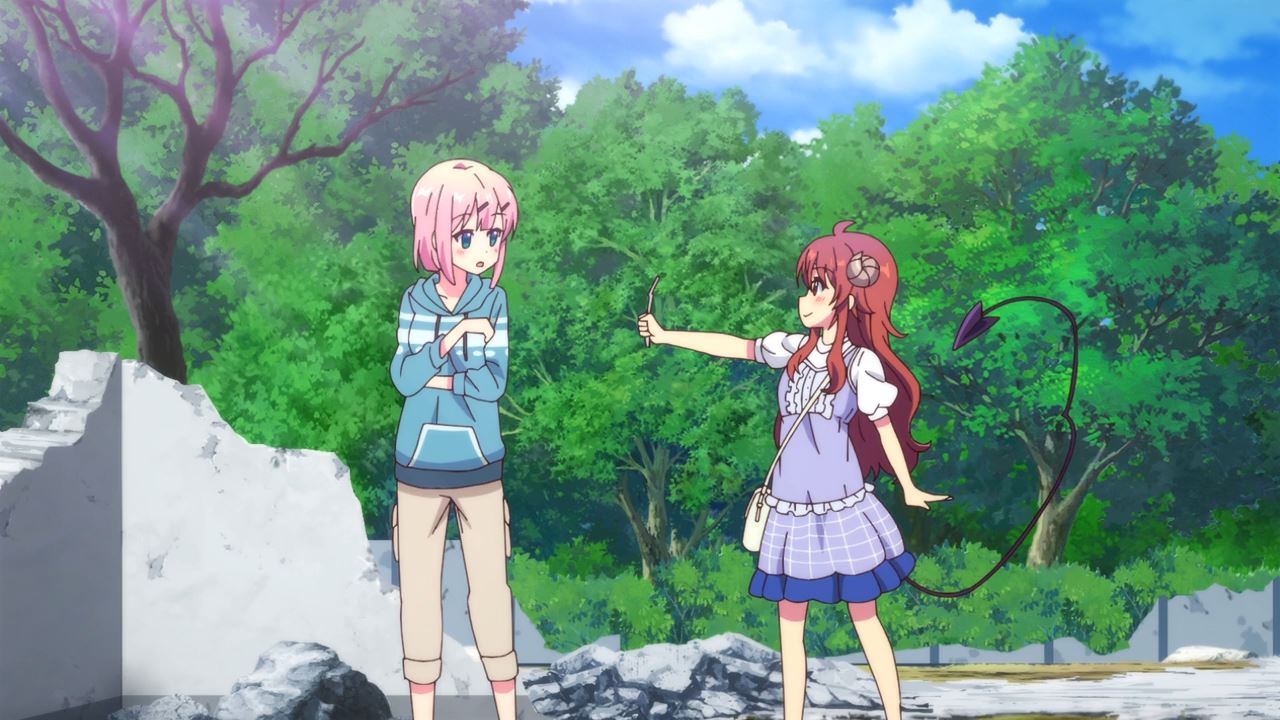 …only to find out that it’s actually a fork. Okay Shamiko, you’re feeling hot today after exploring an abandoned factory. 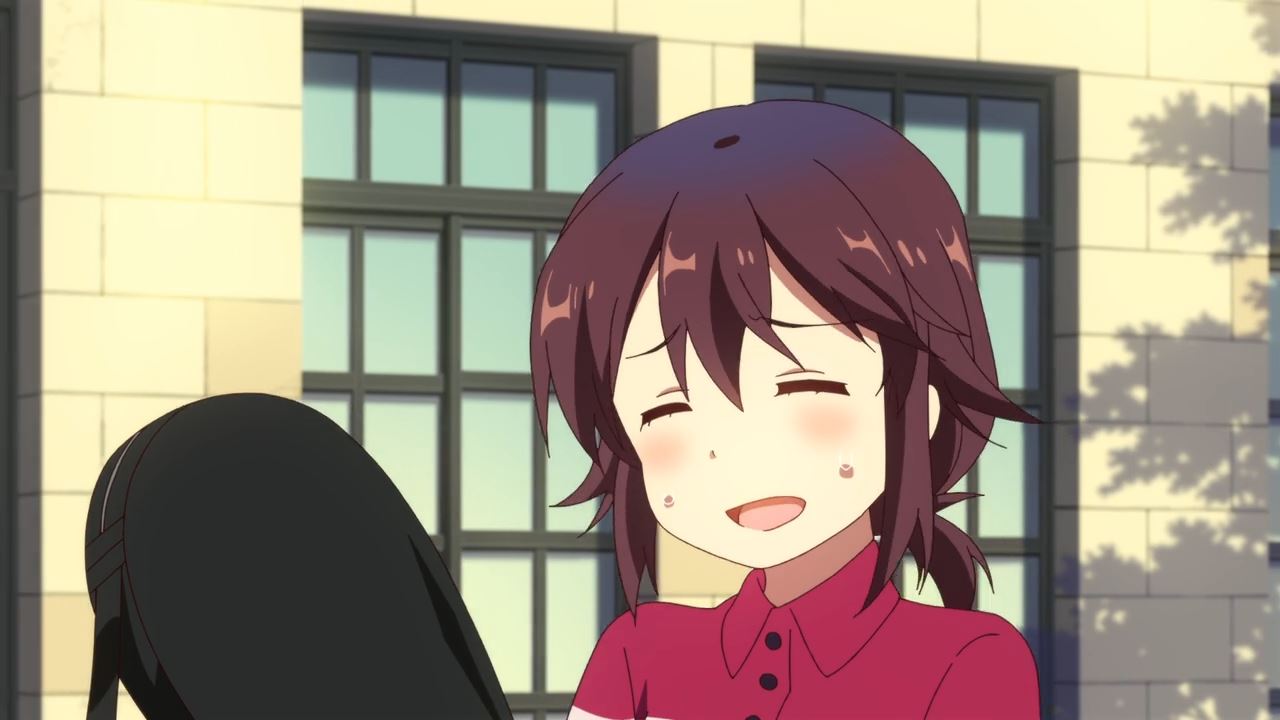 Now then, let’s sidetrack a bit with Anri Sata where she had a rough day in her club activities. 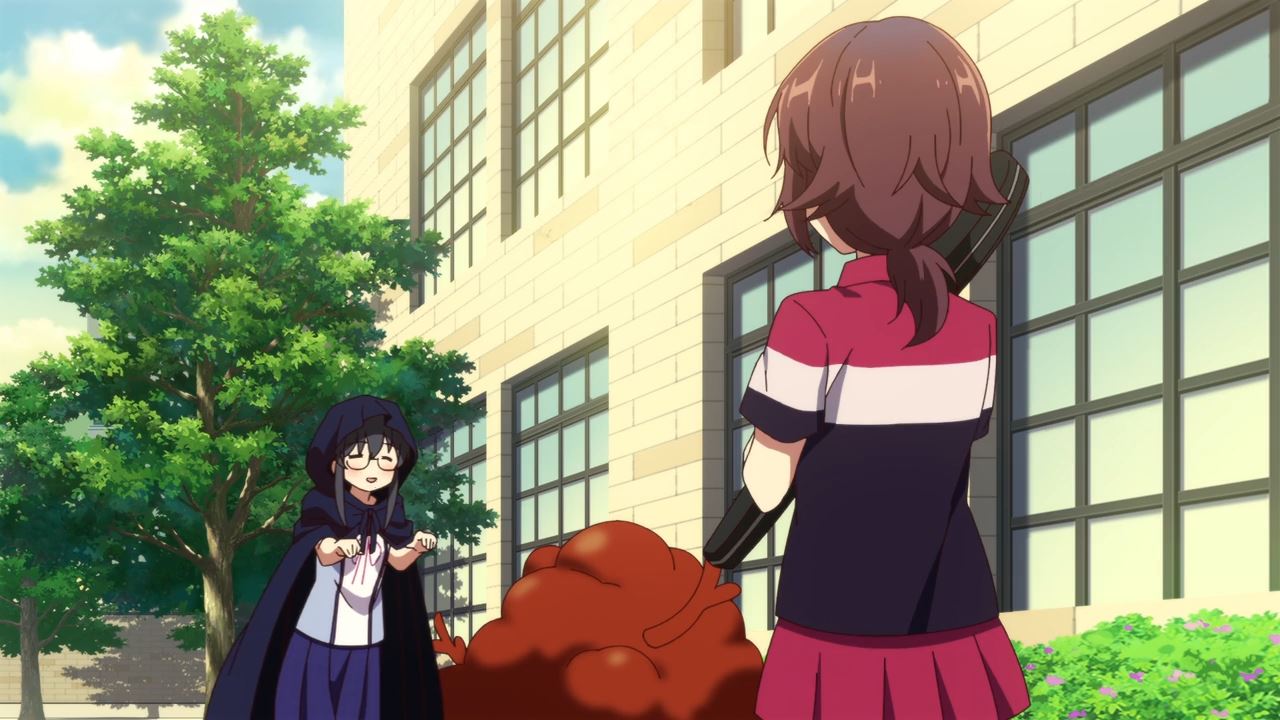 Of course, Anri-chan got weirded-out with Sion Ogura’s occult activities where she summoned a living meatball. Doesn’t look appetizing if you ask me! 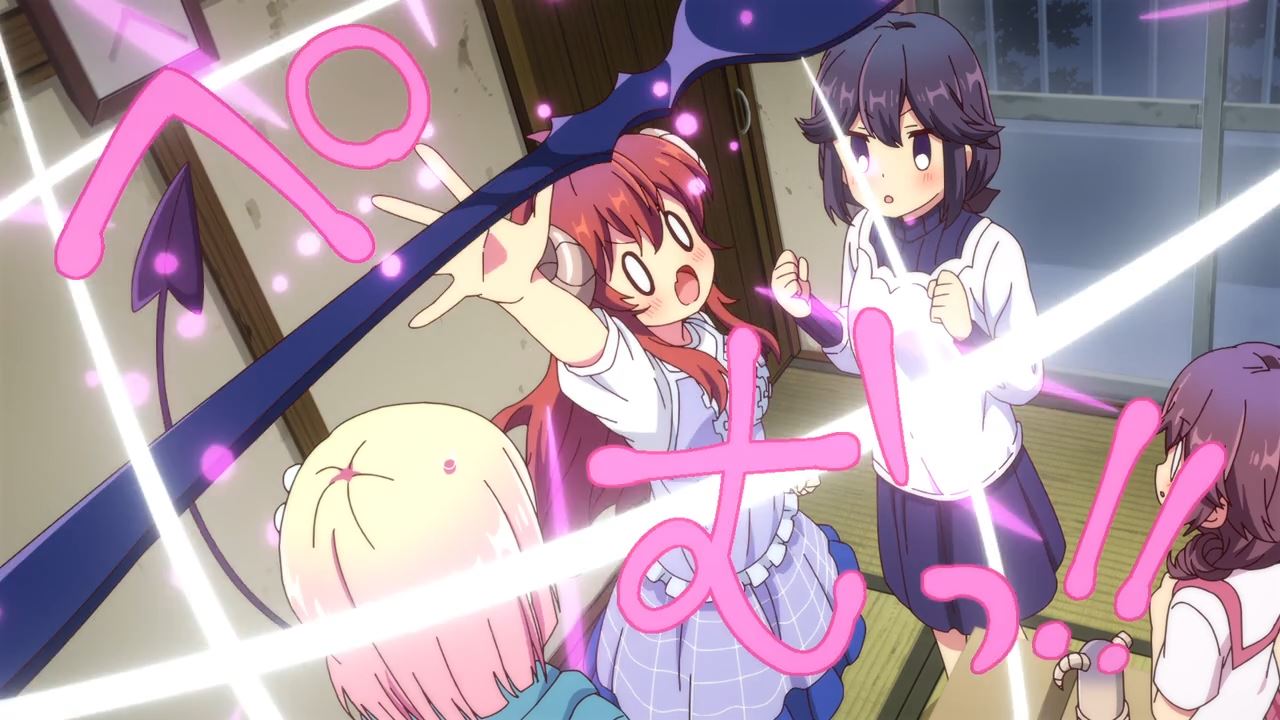 But let’s return to Yuko Yoshida where her latent demonic powers transformed an ordinary fork into a giant one. 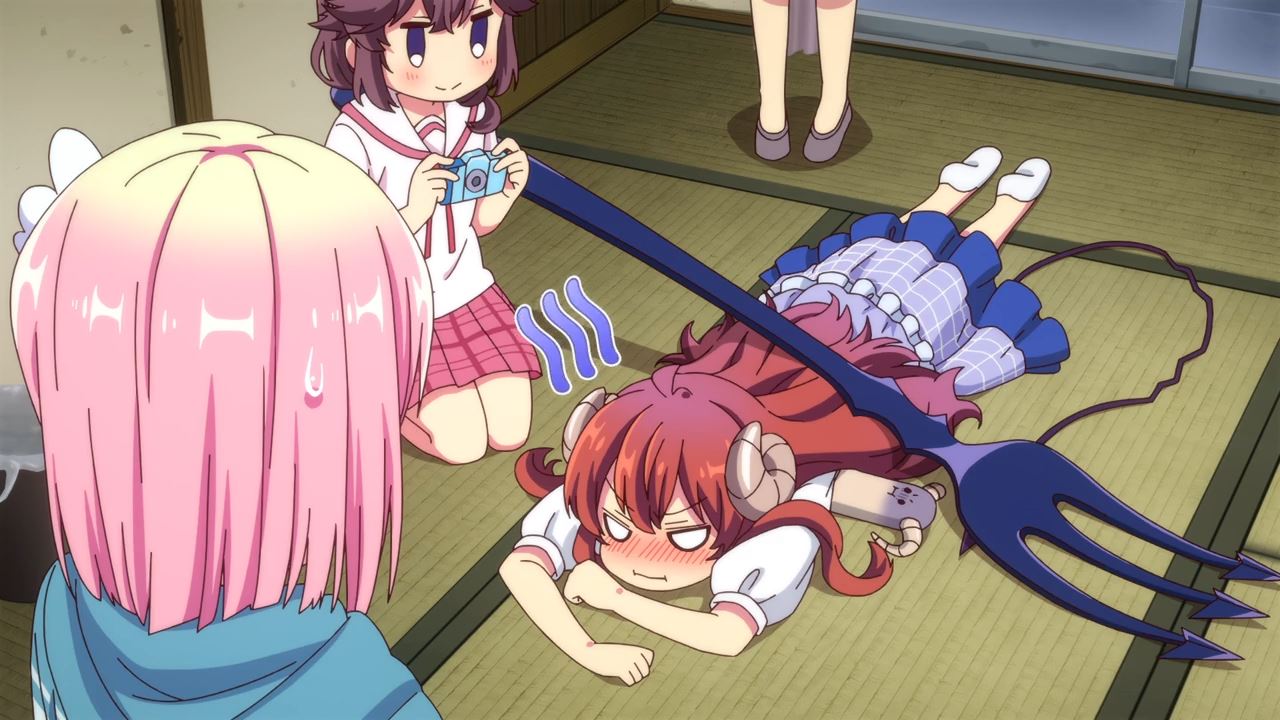 Unfortunately, Shamiko’s slightly-frail body couldn’t hold it on her own. I think it’s best for Yuko to transform Sakura’s fork into a ballpen. 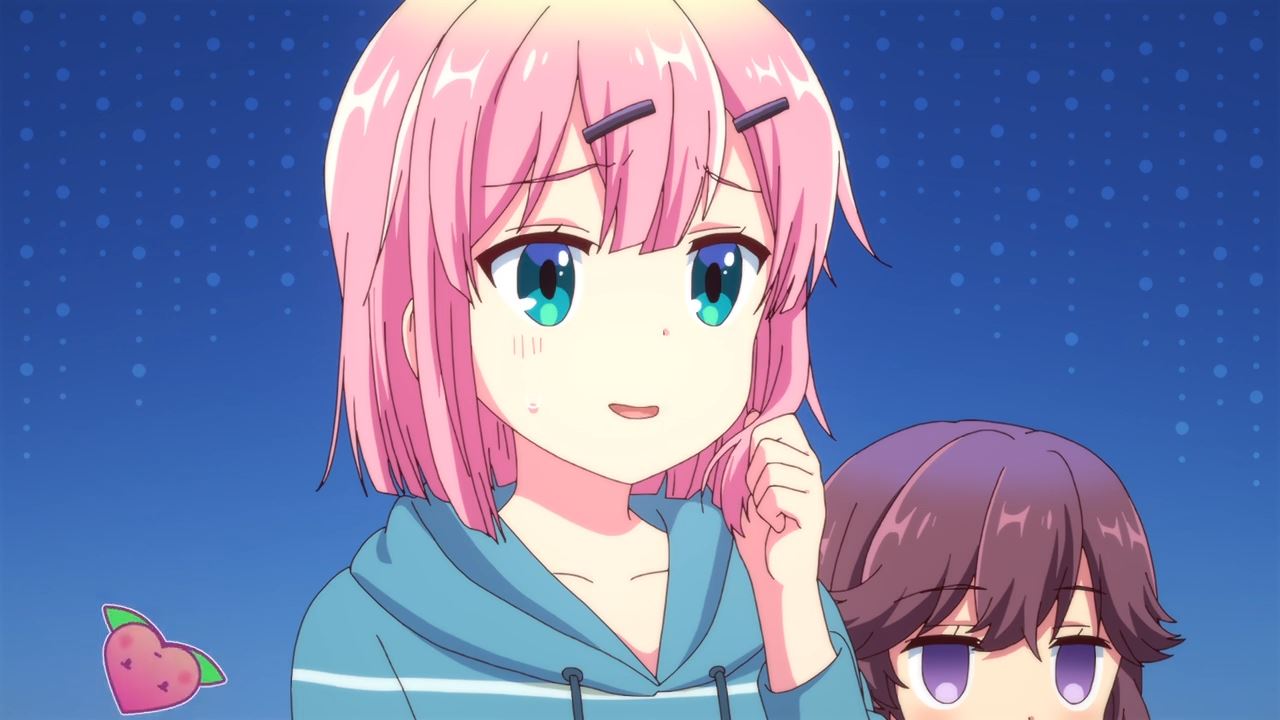 Oh yeah, here’s Momo where she’s just laughing at Shamiko’s failure to hold a giant fork. It’s pretty rare for Momo to break out her dull expression for once. 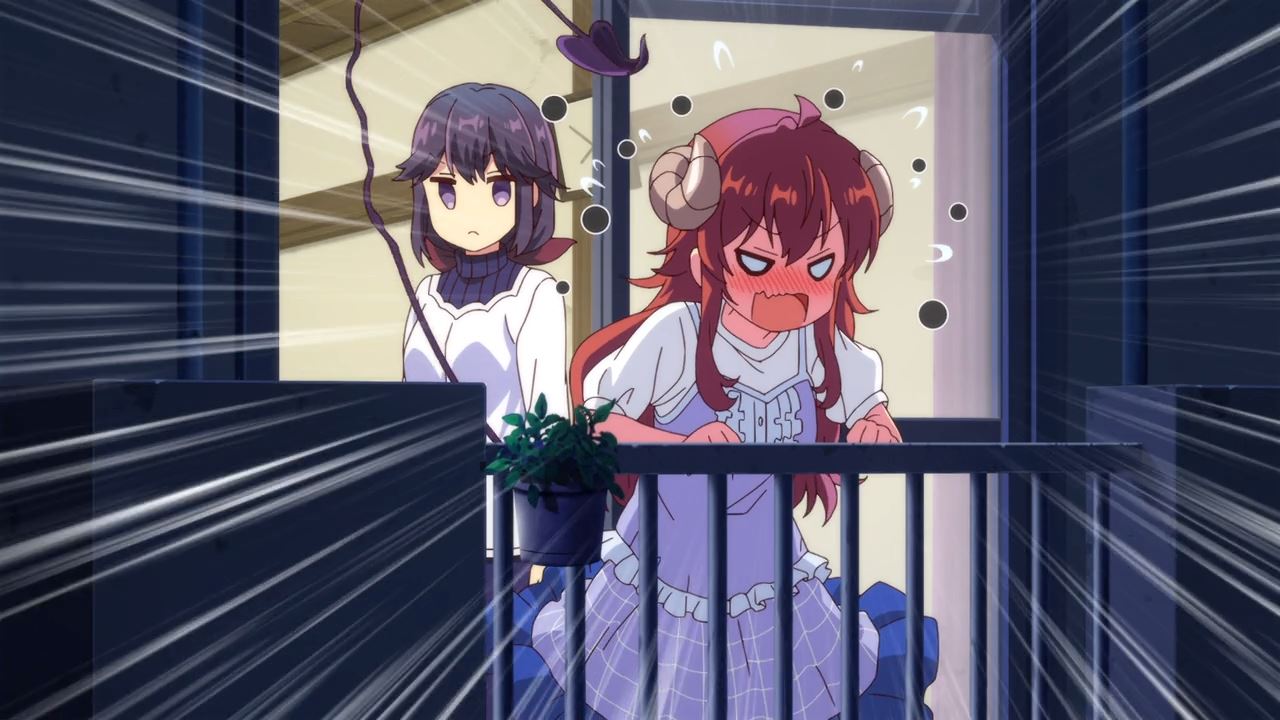 But that’s the end of this episode where Shamiko curses Momo as usual. Would it be better if she says “Don’t think this means you’ve won!” rather than “Curse you, Momo!”?

Now then, I’m hoping that we’ll dig deeper into Sakura Chiyoda where she’s still an enigma.