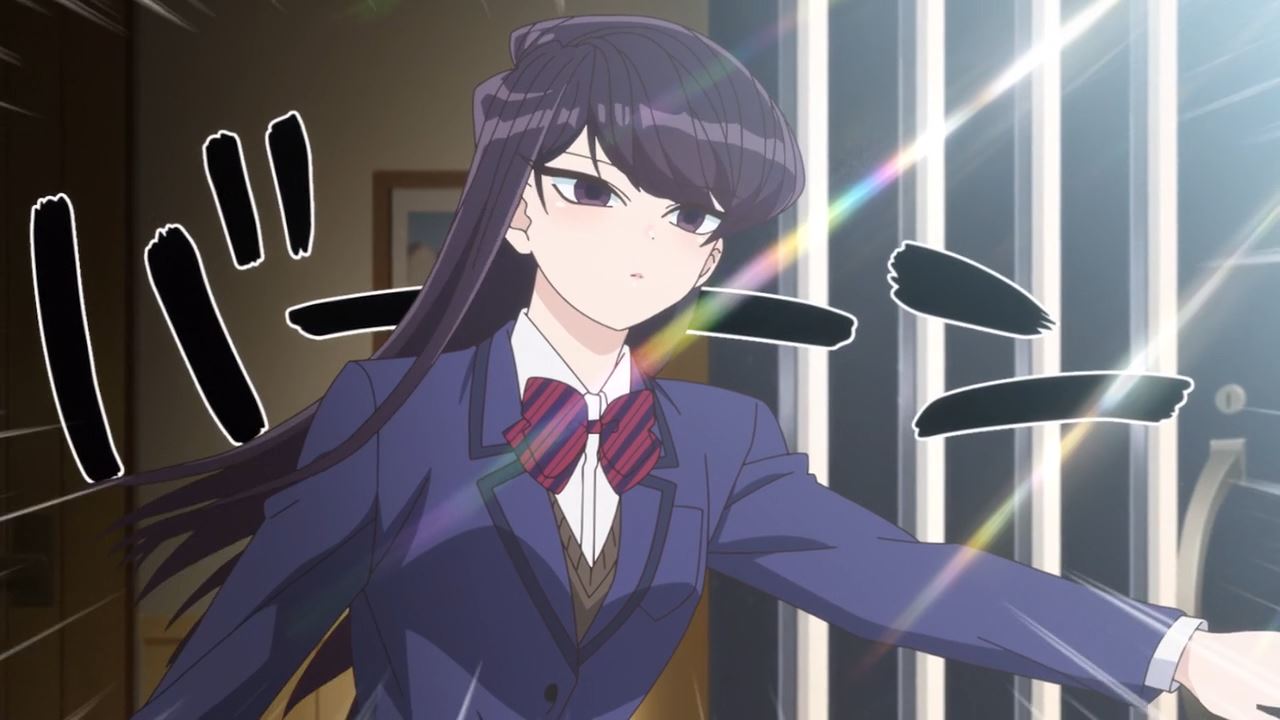 Today is another fine day for Shouko Komi where she’ll go to Itan Private High School and meet up her friends. Let’s hope that nothing bad will happen to- 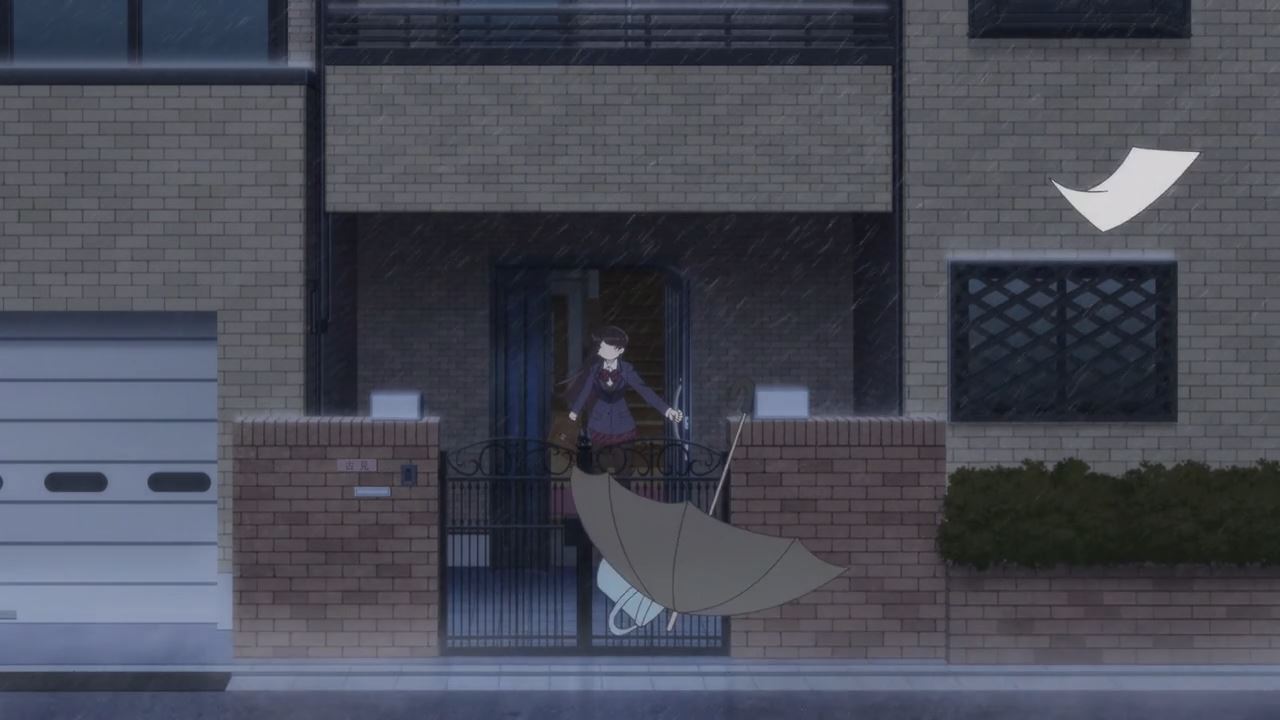 Oh wait, never mind as there’s a typhoon in the city. Looks like school’s cancelled for today. 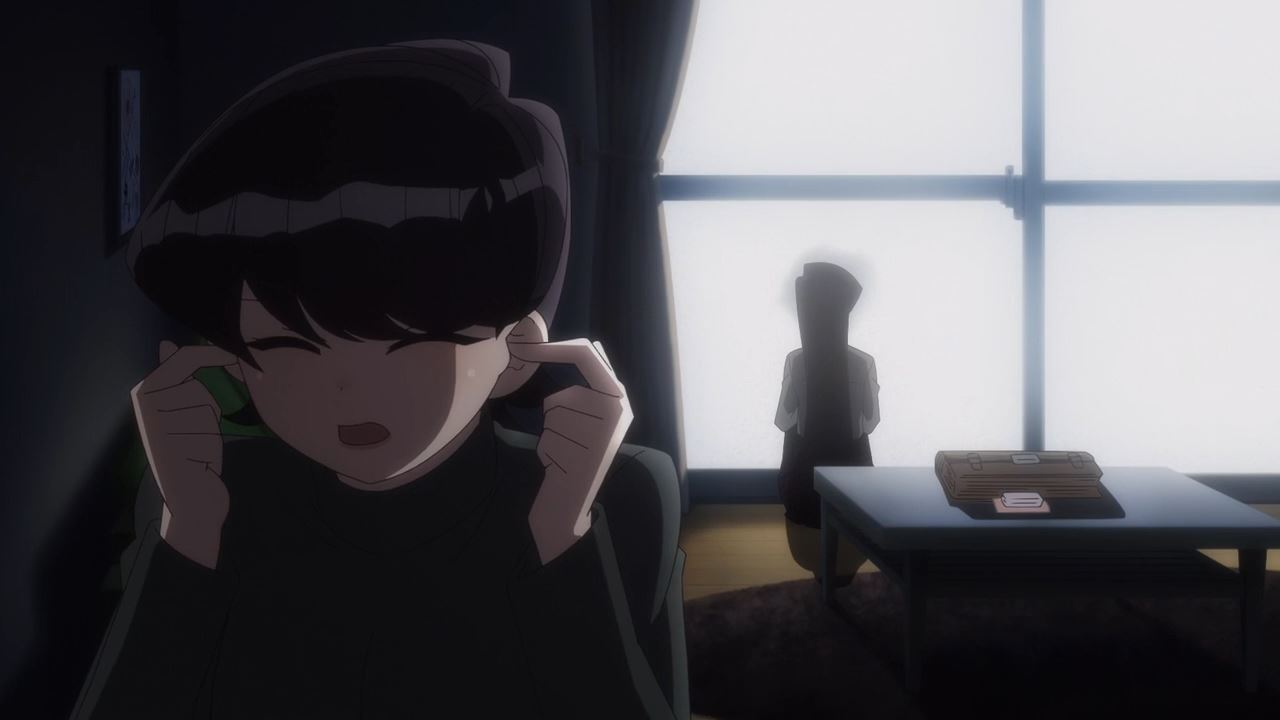 Even worse is that there’s a blackout in the area. Yes, it’s really scary to hear the thunder cracking outside. 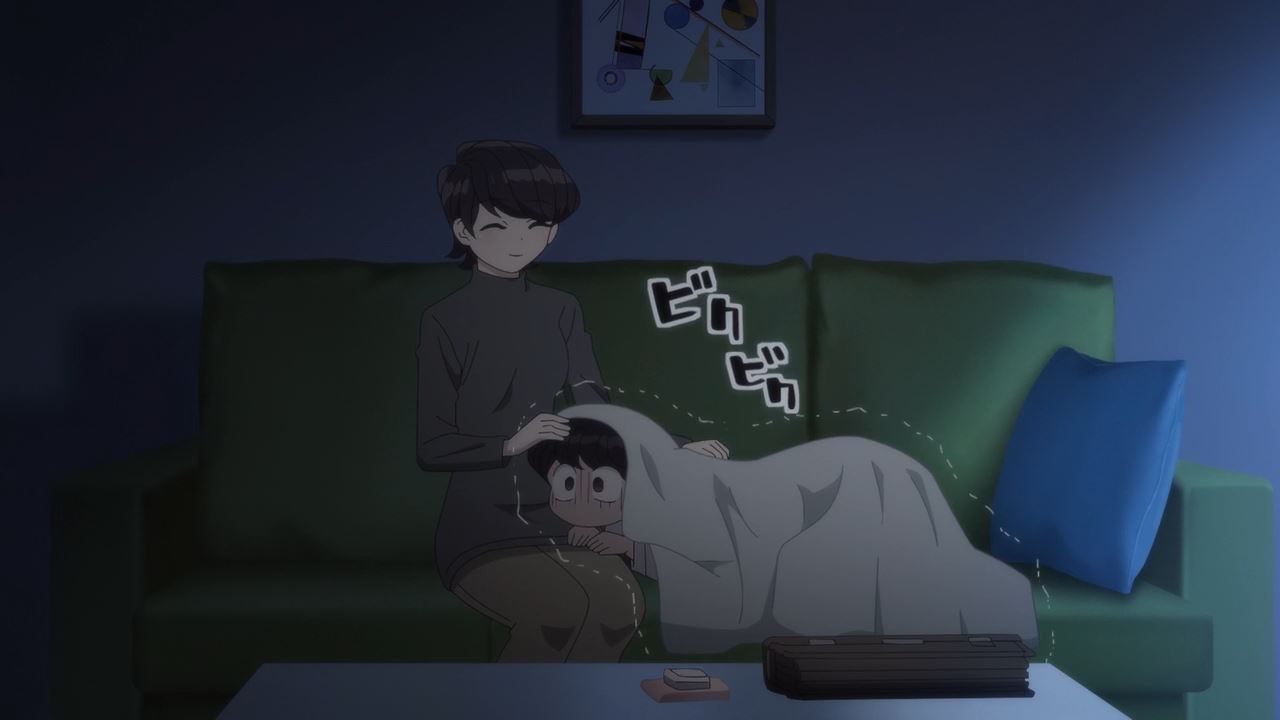 But don’t worry as her mommy Shuuko is here to comfort Shouko until the typhoon subsizes. Still, it sucks that the power went out. 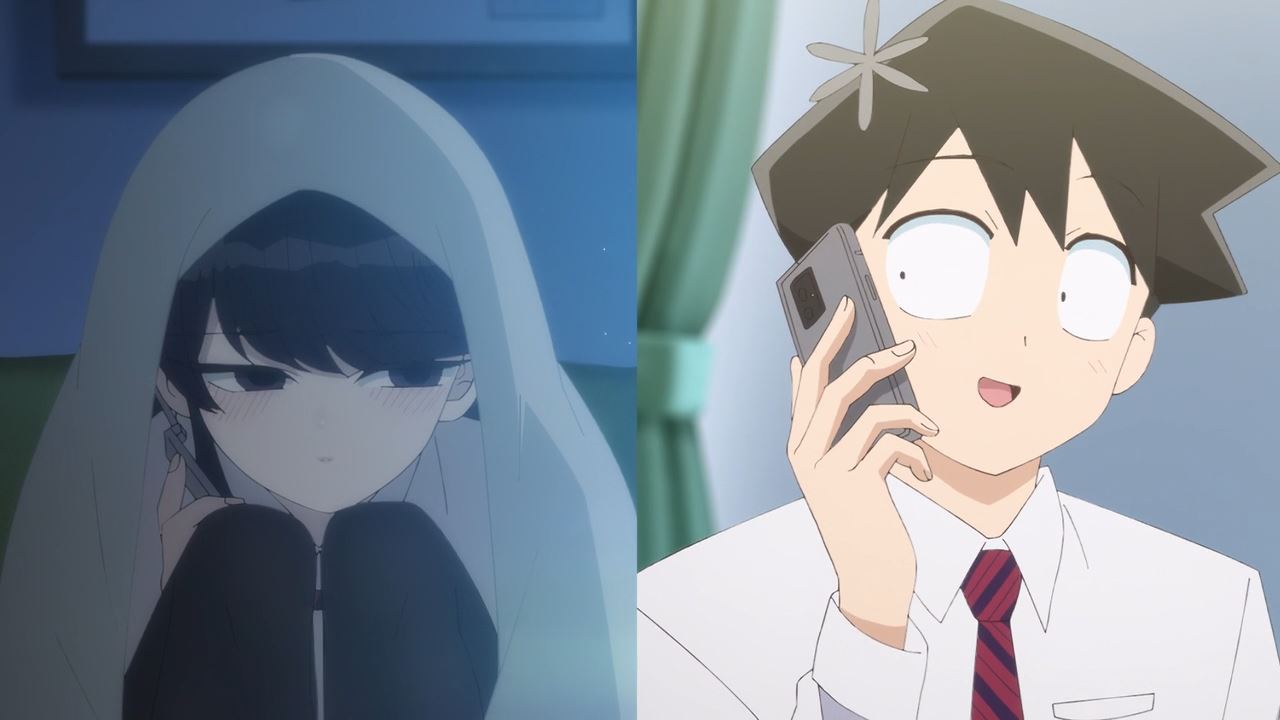 Of course, there’s Hitohito Tadano where he called Komi-san as he’s worried that she might get scared to death. Don’t worry, her entire family is here whenever there’s trouble. 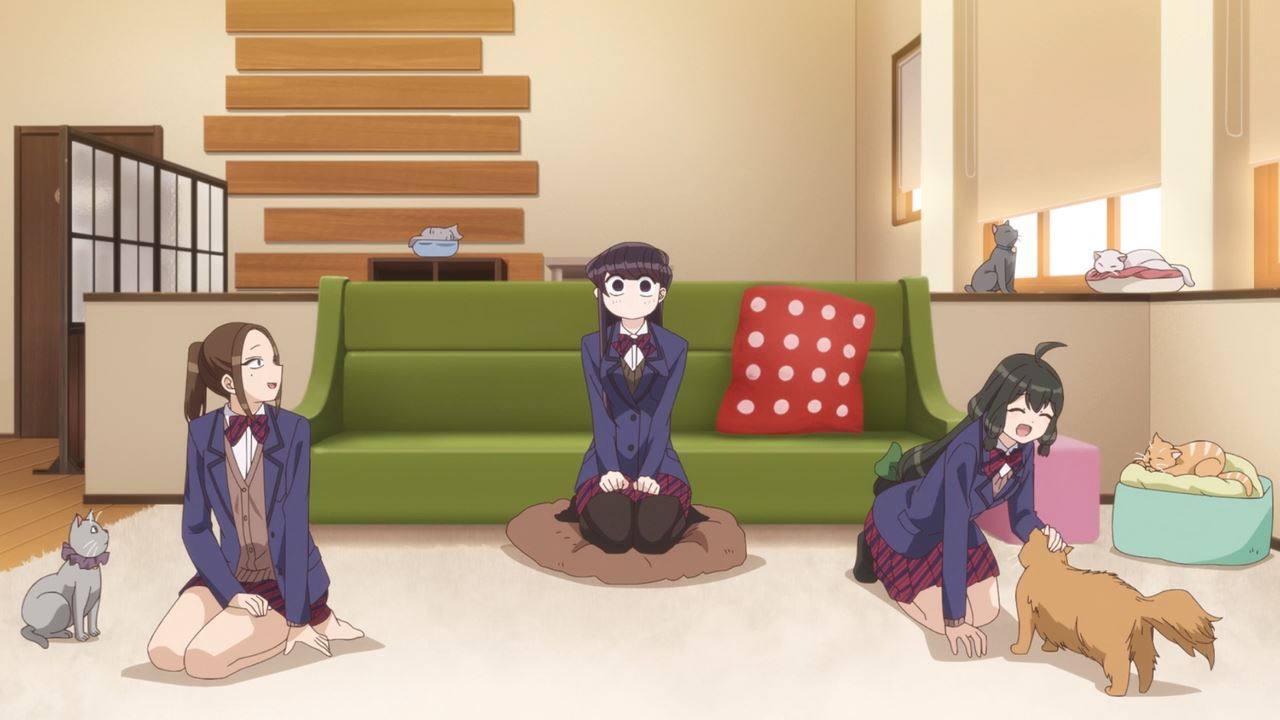 Now then, let’s move onto the next scene where Nene Onemine and Kaede Otori invited Shouko Komi to a cat café. Well, I’d say that Komi-san might get better at communicating with animals. 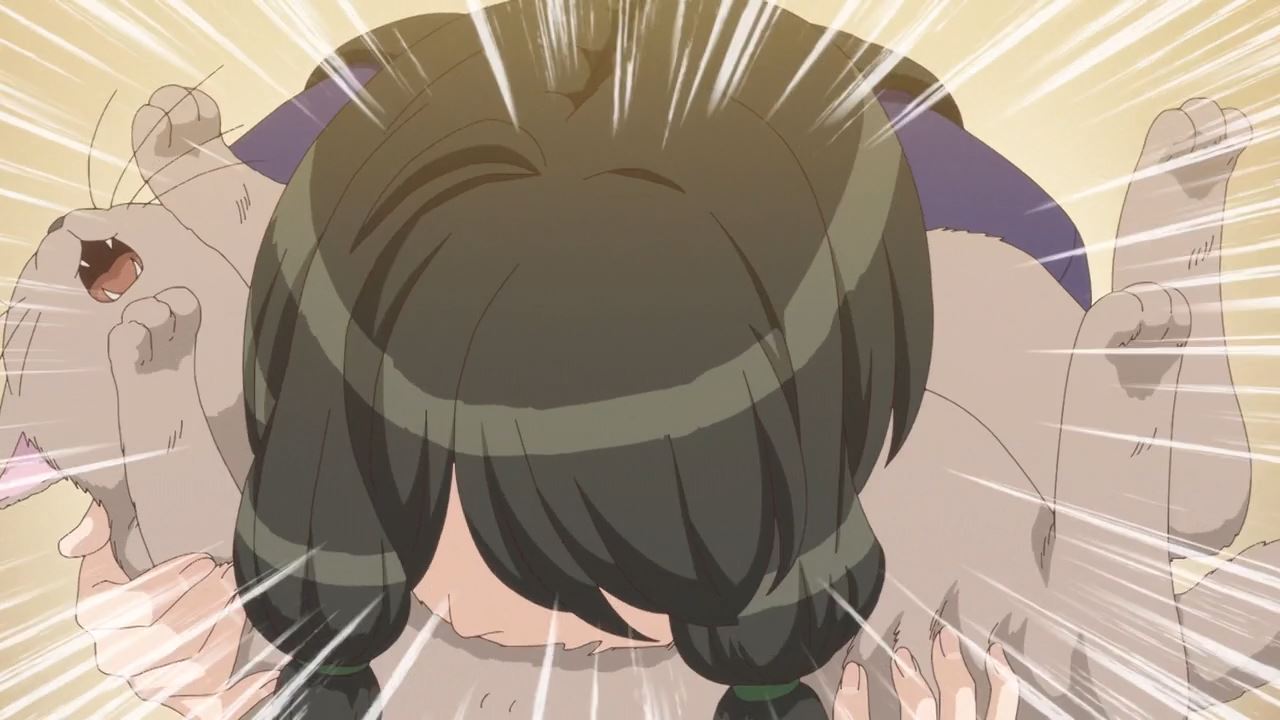 Speaking of Kaede Otori, seems that she’s too fond towards cats that Otori sniffs their bellies really hard. I’m hoping that Kaede won’t get any allergies. 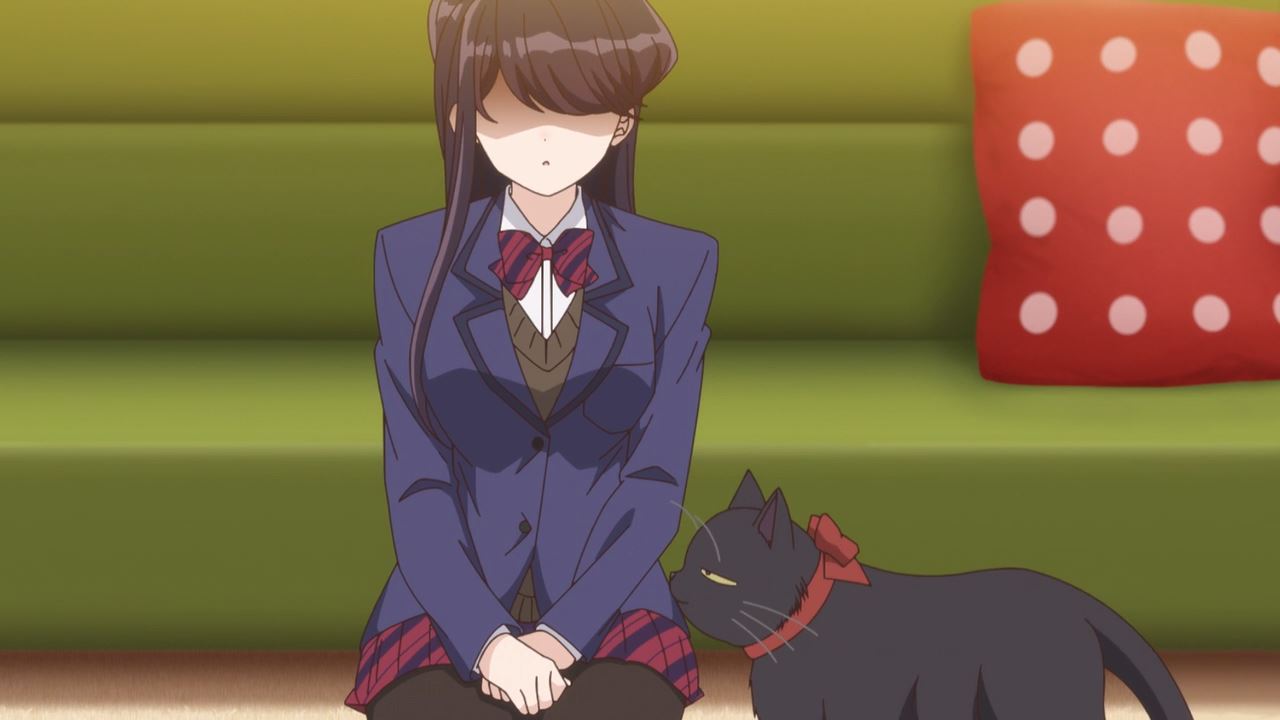 But let’s move onto Shouko Komi where she’s approached by a shy black cat named Chocolat.

Usually, Chocolat doesn’t interact with human but this one is an exception. I mean, Chocolat is dealing with Komi-san where she has difficulty in communicating with other people. 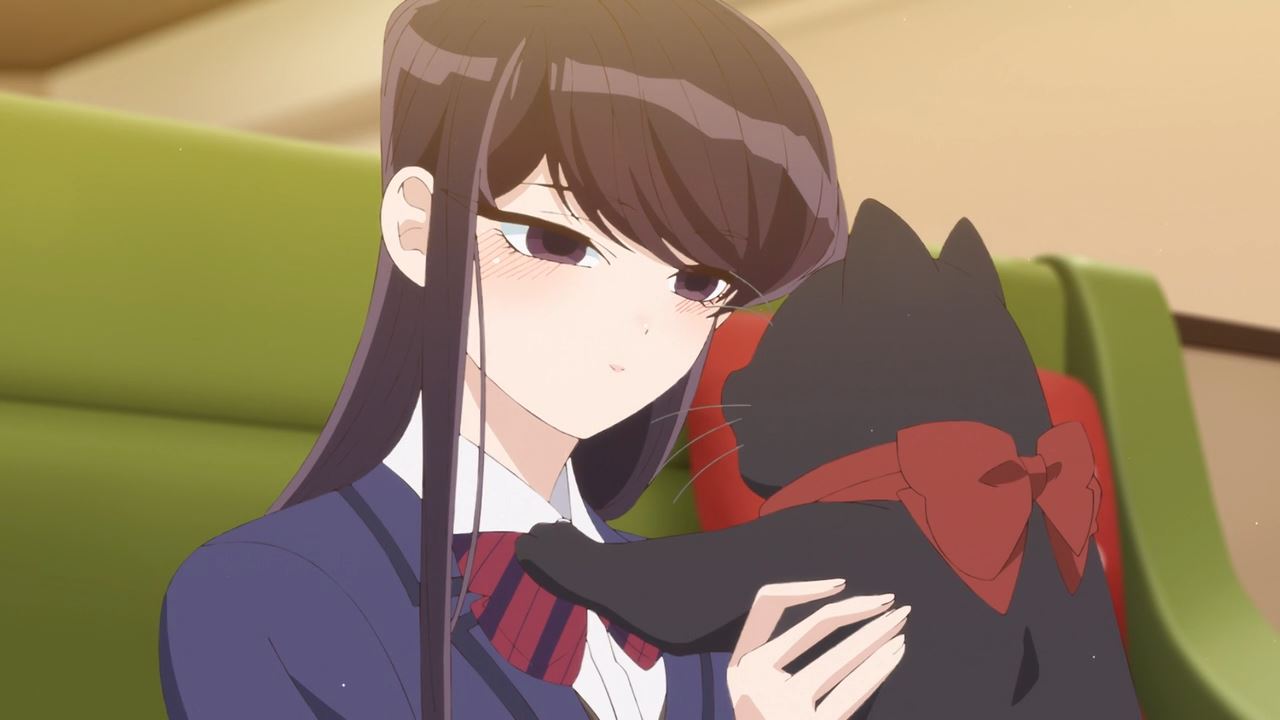 But here’s Komi-san where she holds the black cat and tries to communicate with Chocolat. Sure that she won’t understand any cat language, but this is the cutest thing I’ve ever seen. 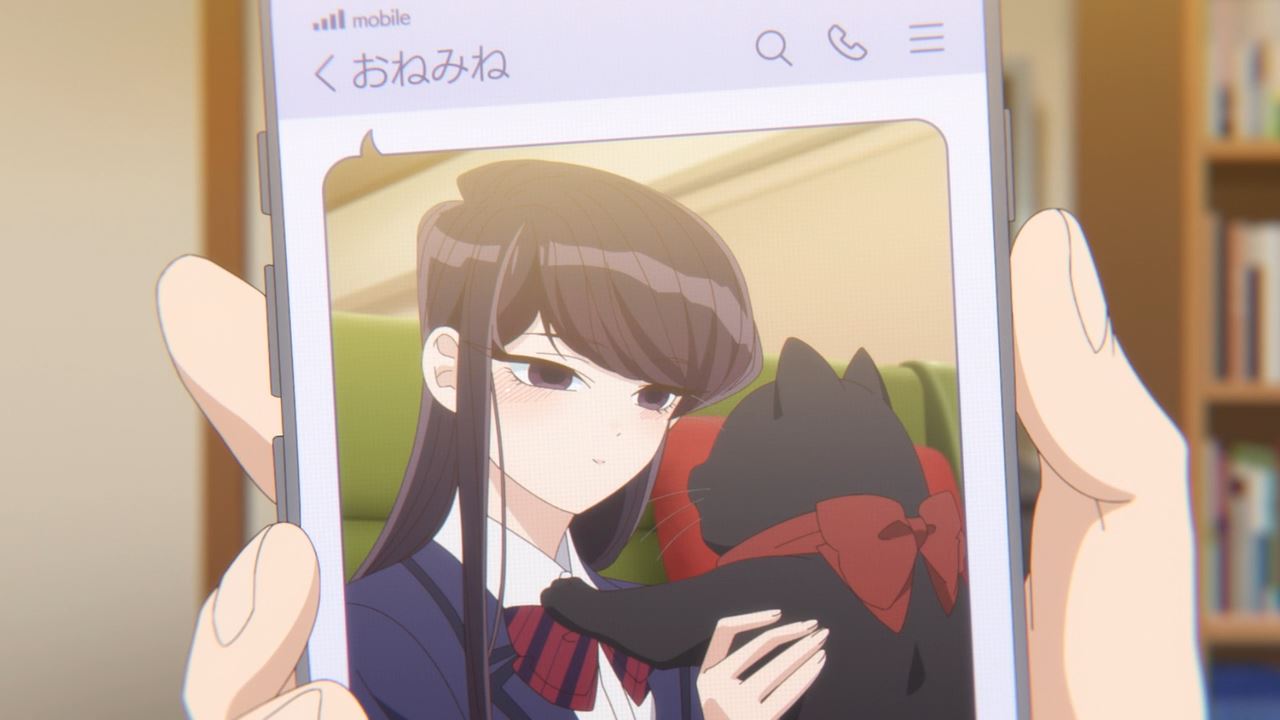 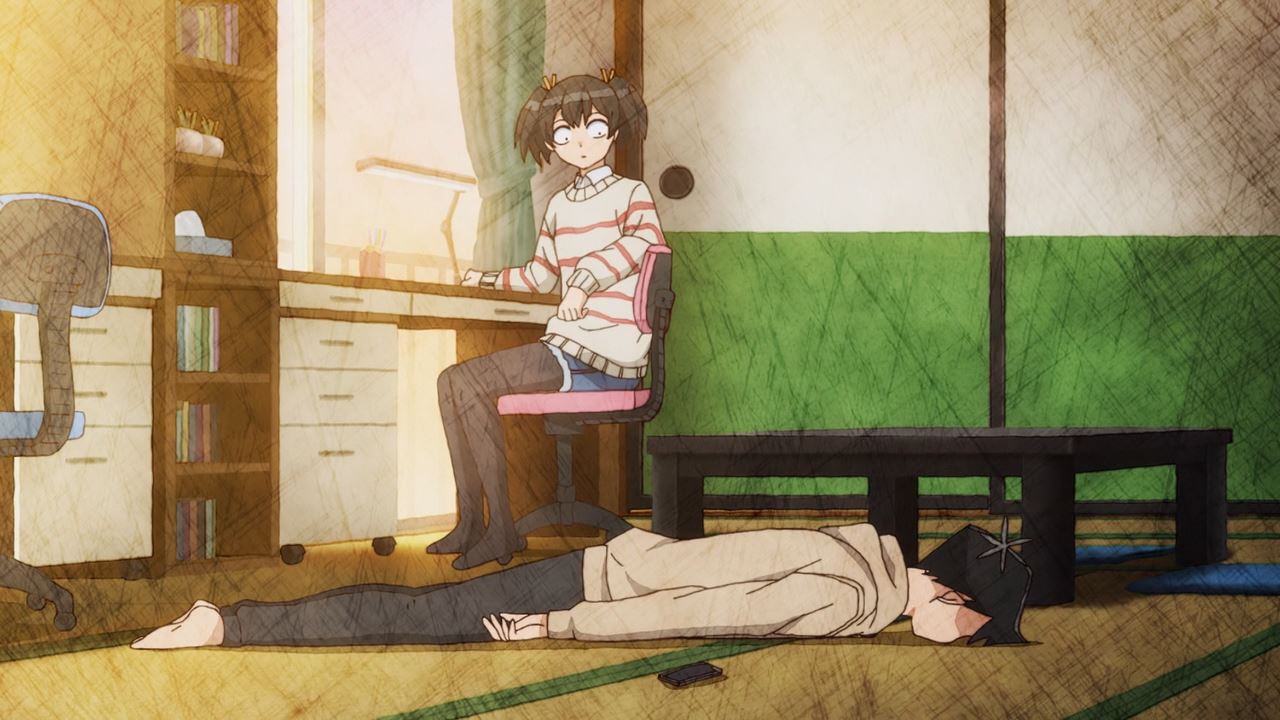 Sadly, a certain Tadano-kun is really dejected that he’s missing out the fun stuff. He should have joined Komi-san whenever Hitohito gets the chance. 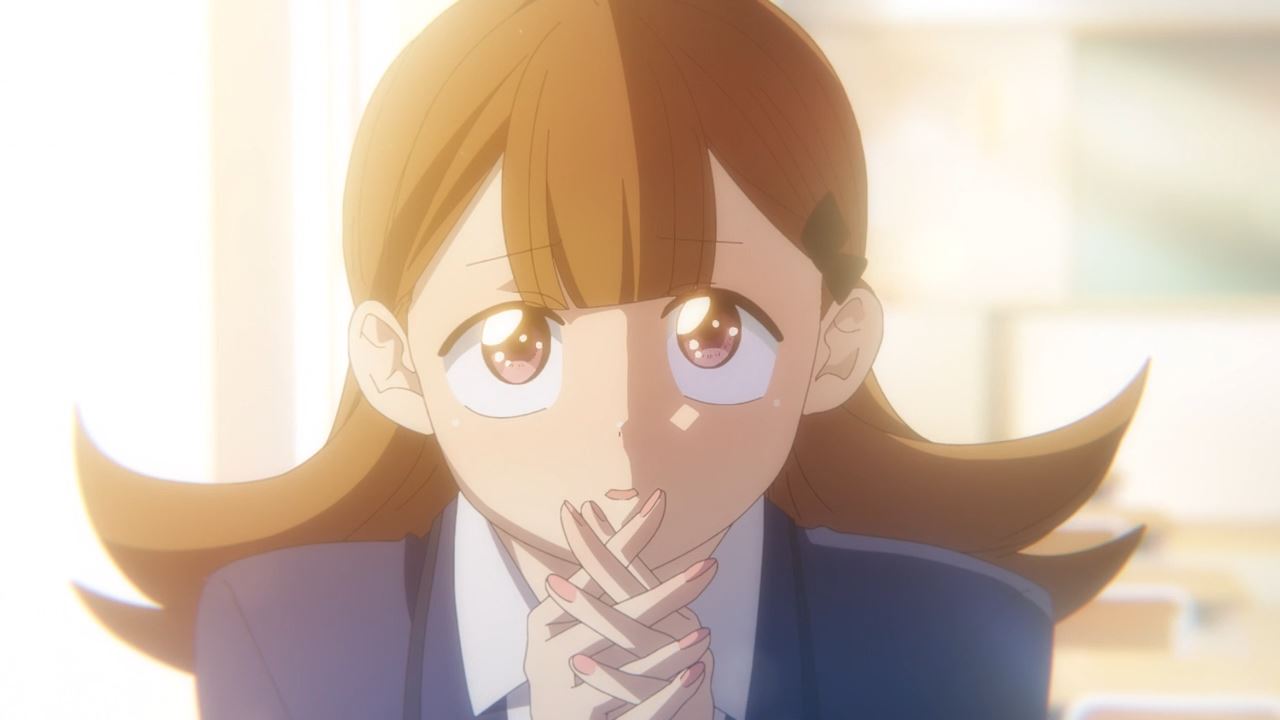 And now, let’s end this episode where Ren Yamai confesses her love to Shouko Komi. How bold she is after so many attempts. 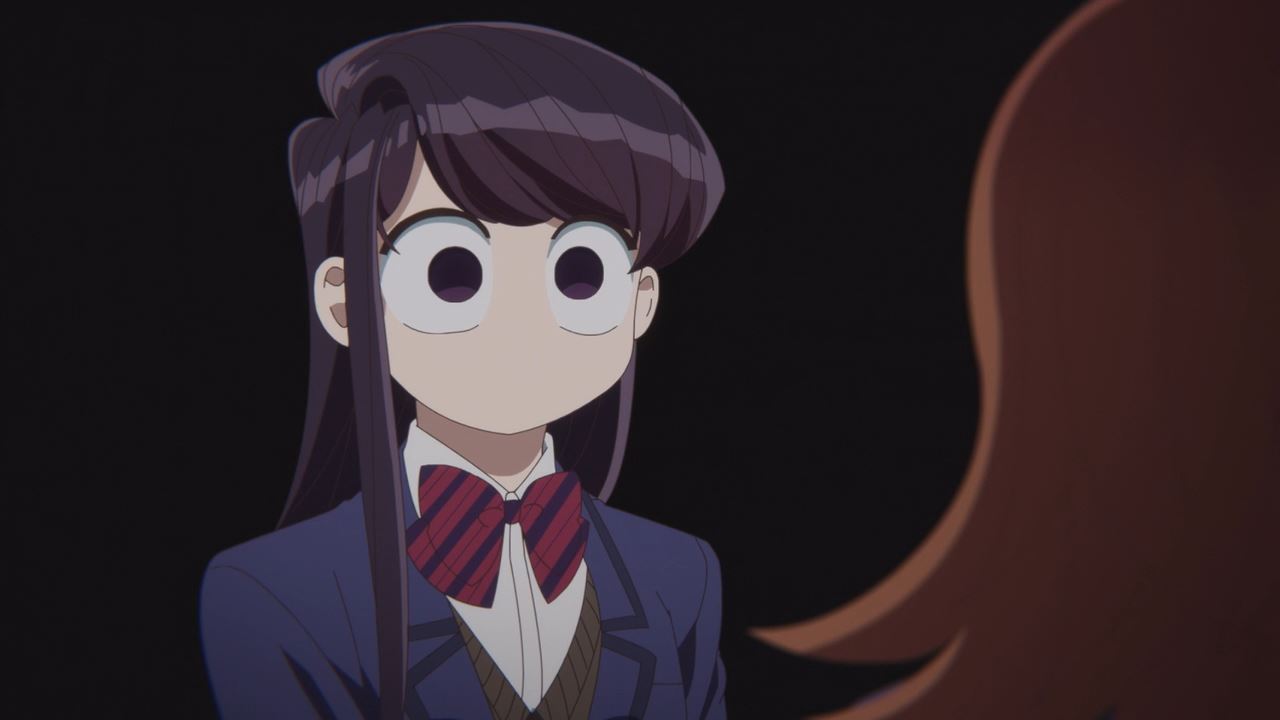 Except that Komi’s reaction is just a blank stare. I guess she doesn’t have a reaction when it comes to Yamai’s advances. 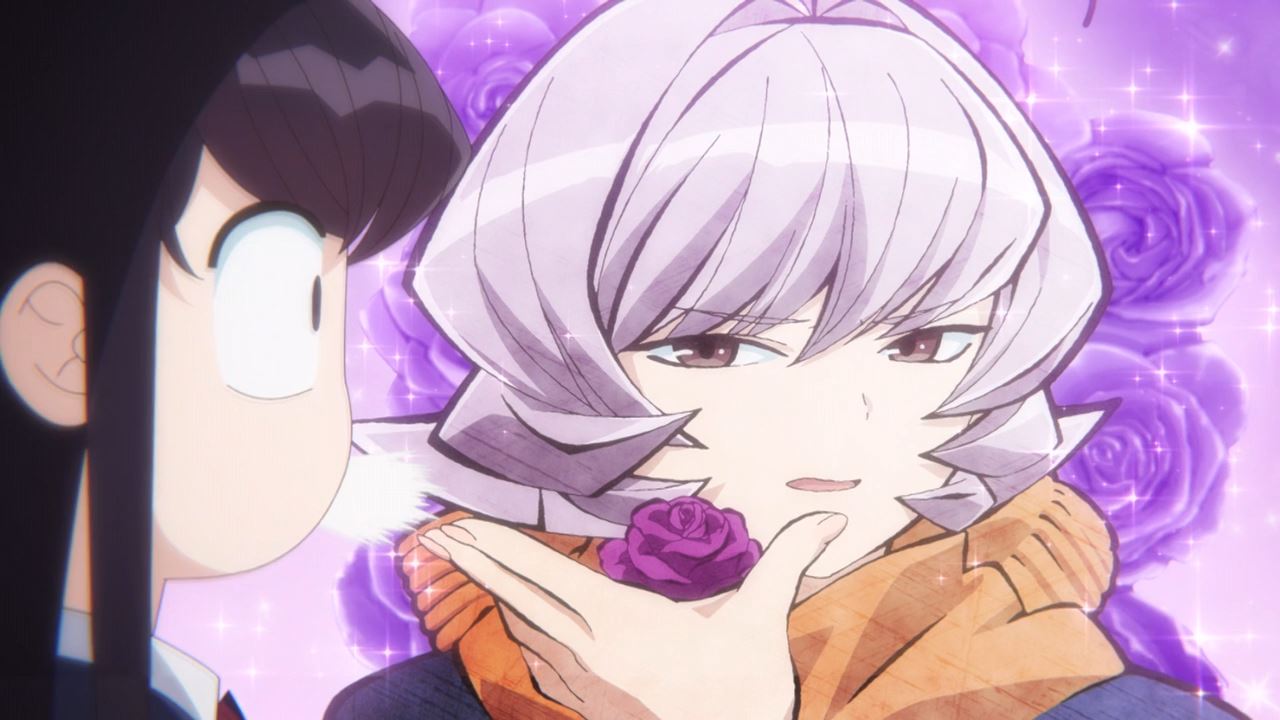 But when it comes to everyone’s childhood friend, Najimi Osana’s confession sent shivers down to Komi’s spine. Dammit Najimi, you’re too cute to be Komi’s lover!

And that’s the end of this episode where Shouko Komi is still everyone’s goddess at Itan Private High School. Till next time…