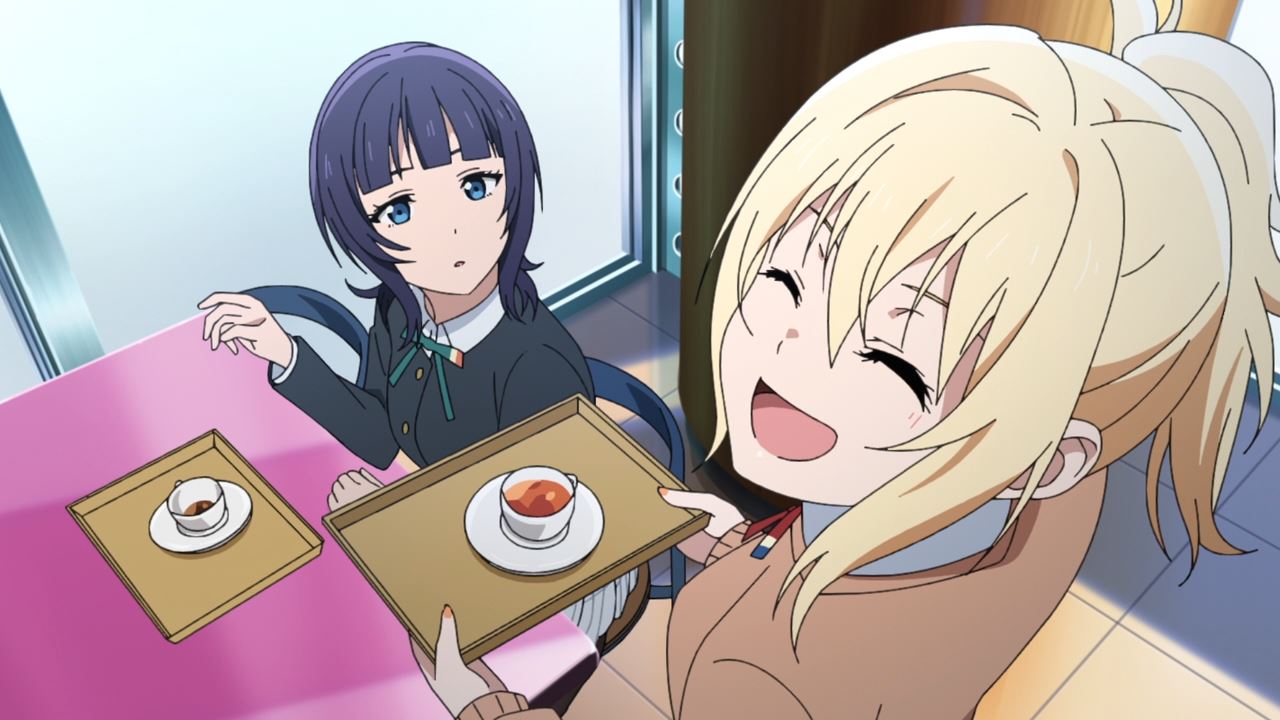 Let’s begin with Karin Asaka and Ai Miyashita where I have a feeling that they’ll create a duo very soon.

Aside from making a pun from Ai-chan, I can feel that they’ll become the greatest duo unit ever! 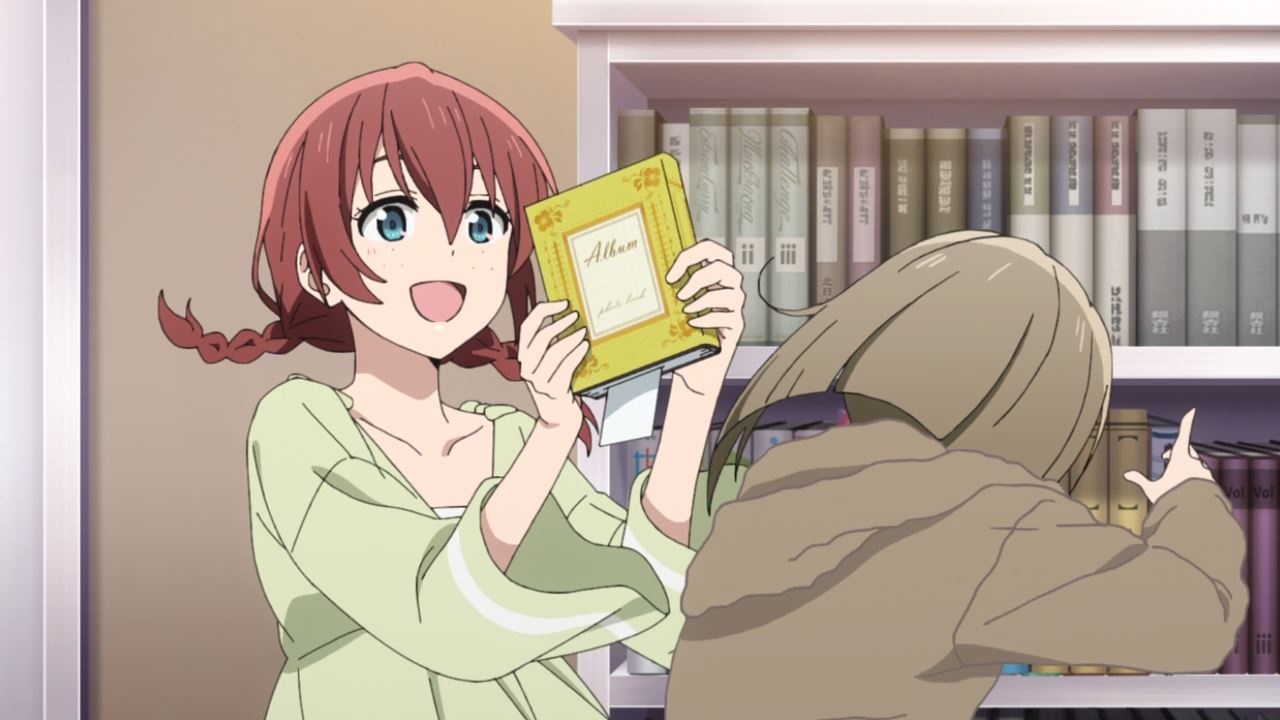 For now, let’s focus on the quartet where Kasumi Nakasu, Emma Verde, Rina Tennouji, and Kanata Konoe are having a sleepover.

Well actually, the quarter will have a week-long sleepover at various places starting with Kasumin’s house, where it appears that Emma found a photo album. I wonder what Kasumi looked like when she was a kid? 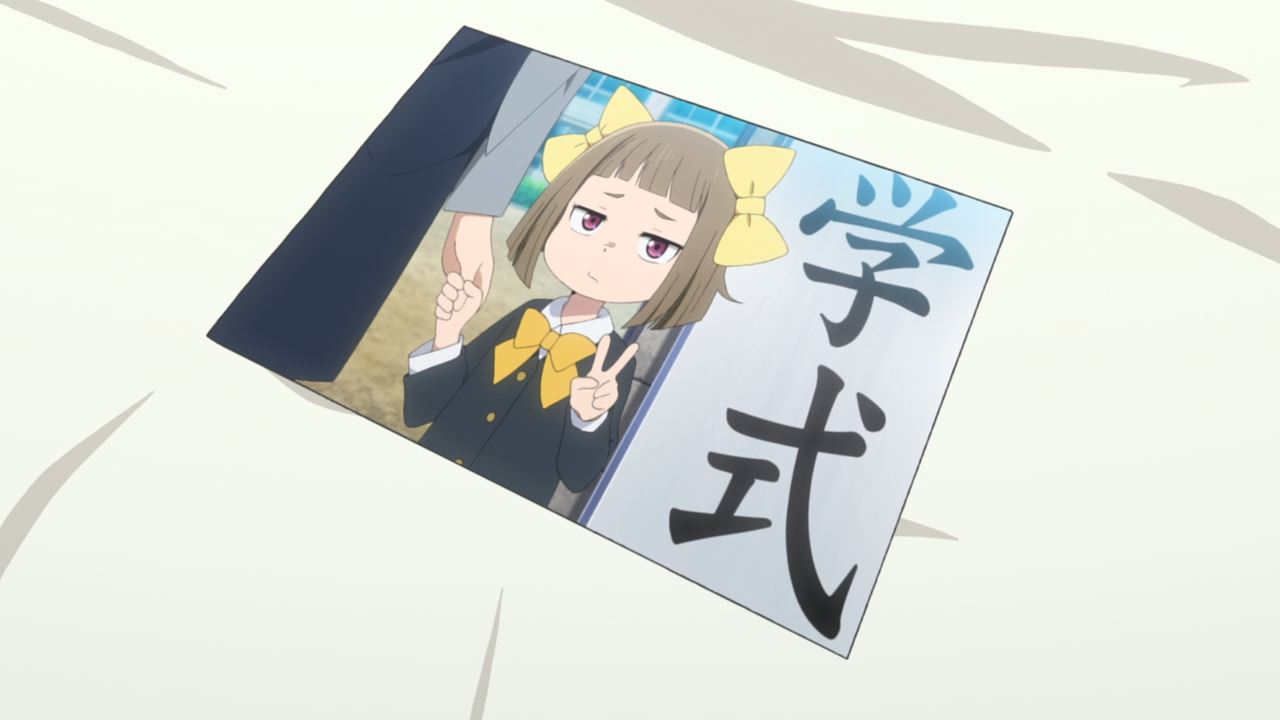 Oh, Kasukasu looked like a snotty-nosed brat in kindergarten, huh? That’s not cute at all! 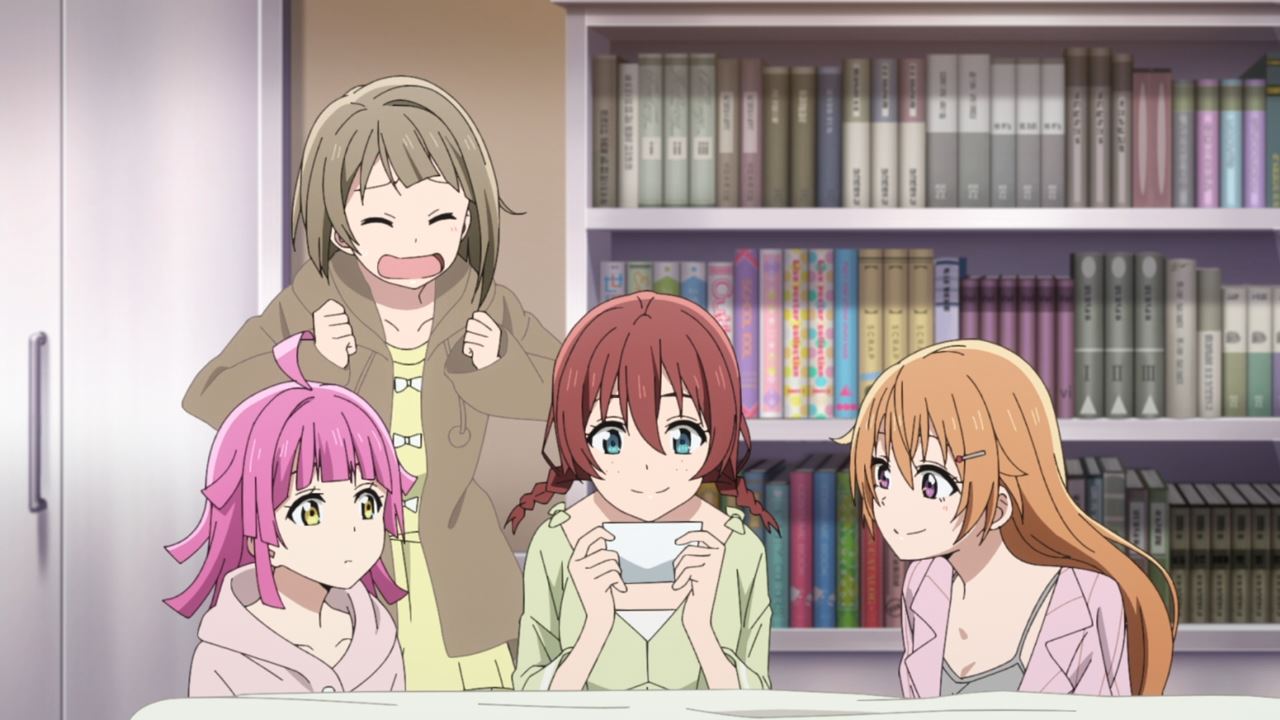 Even Kasumin agreed that her childhood pictures looked terrible compared to the present. Still, I’m hoping that they’ll get along with each other before the joint concert with Y.G. International Academy. 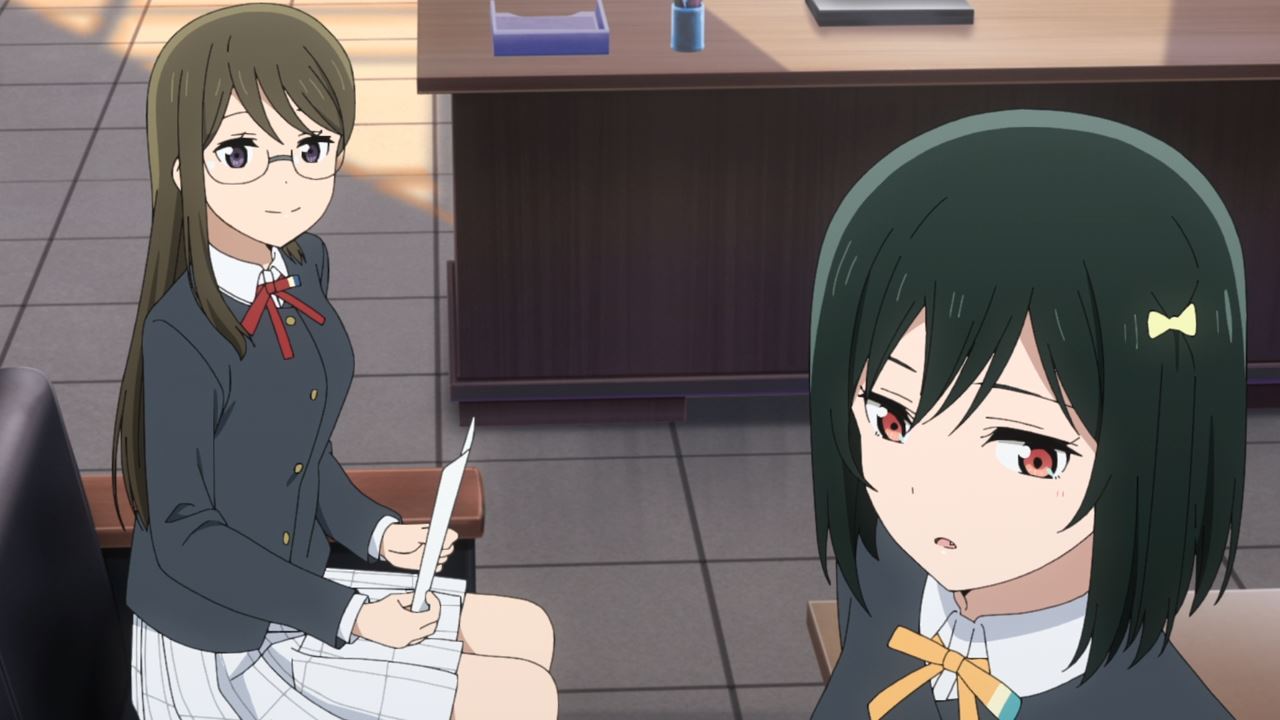 Meanwhile, let’s move onto Shioriko Mifune where she was asked by one of the council members if she loves school idols, only for Shioriko to deflect that question.

Honestly, I want to explore Mifune as why she doesn’t want to become a school idol at all. 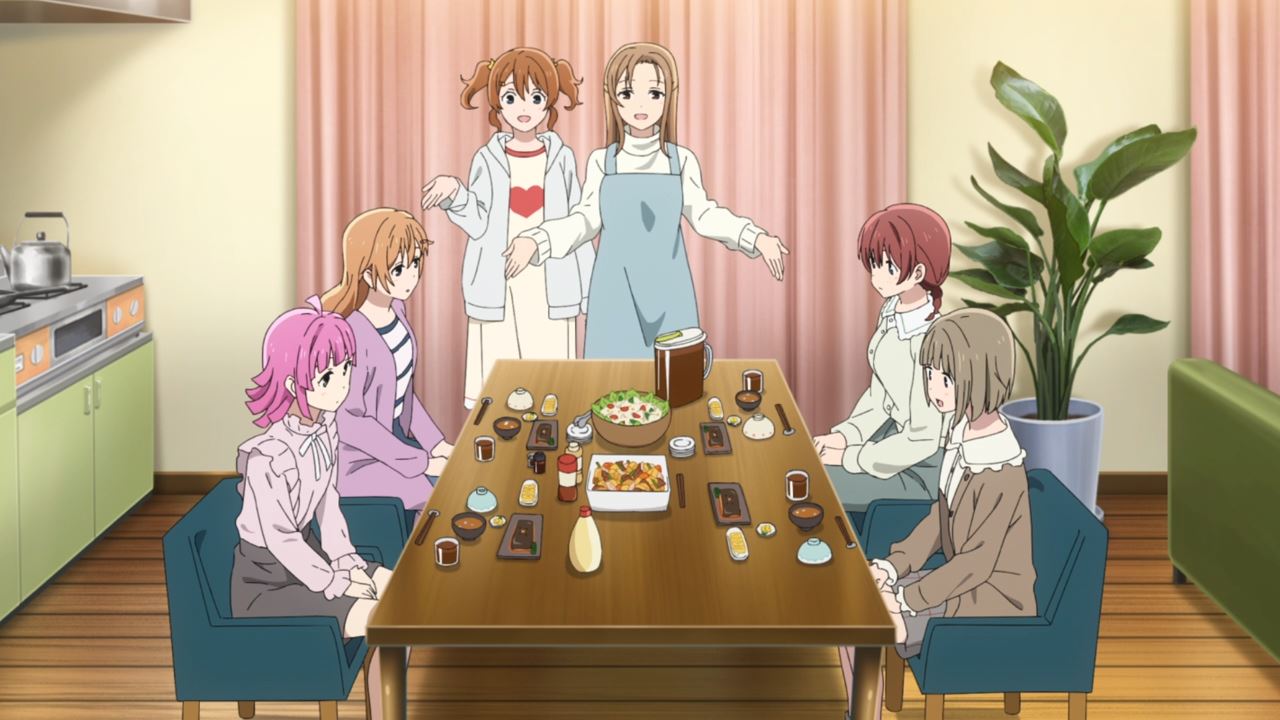 Moving onto the Konoe residence where Haruka and their mother have prepared breakfast for Kanata and her friends. Come to think of it, Haruka and Kanata’s mom looked like Asuna from Sword Art Online. 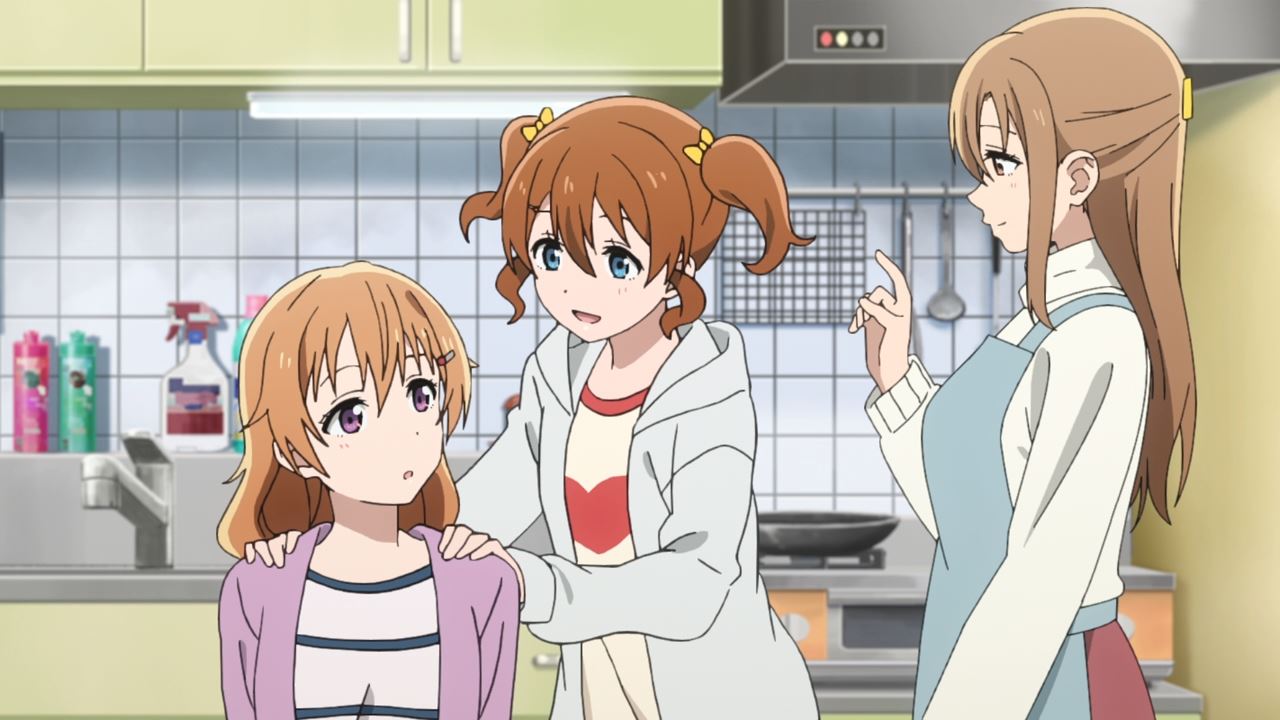 But apart from providing some hospitality from the Konoe family, I feel that the quartet should come up with a plan soon ’cause I don’t want to embarrassing themselves on concert day. 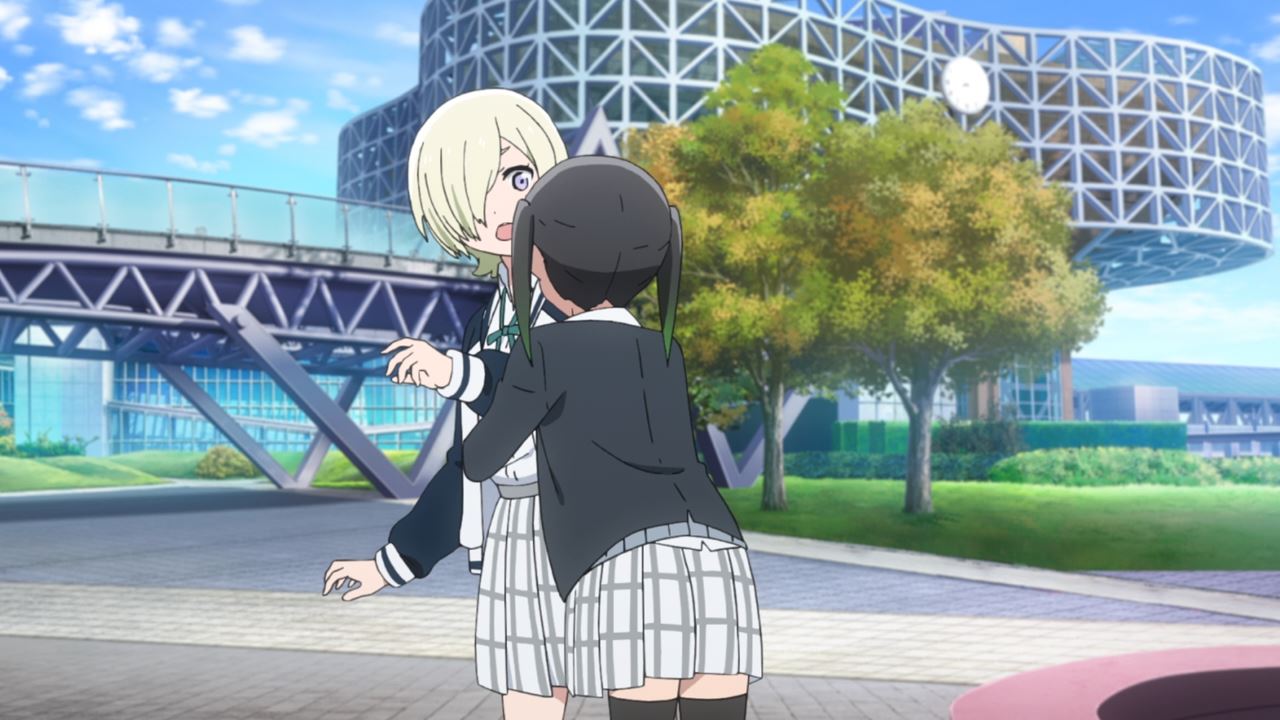 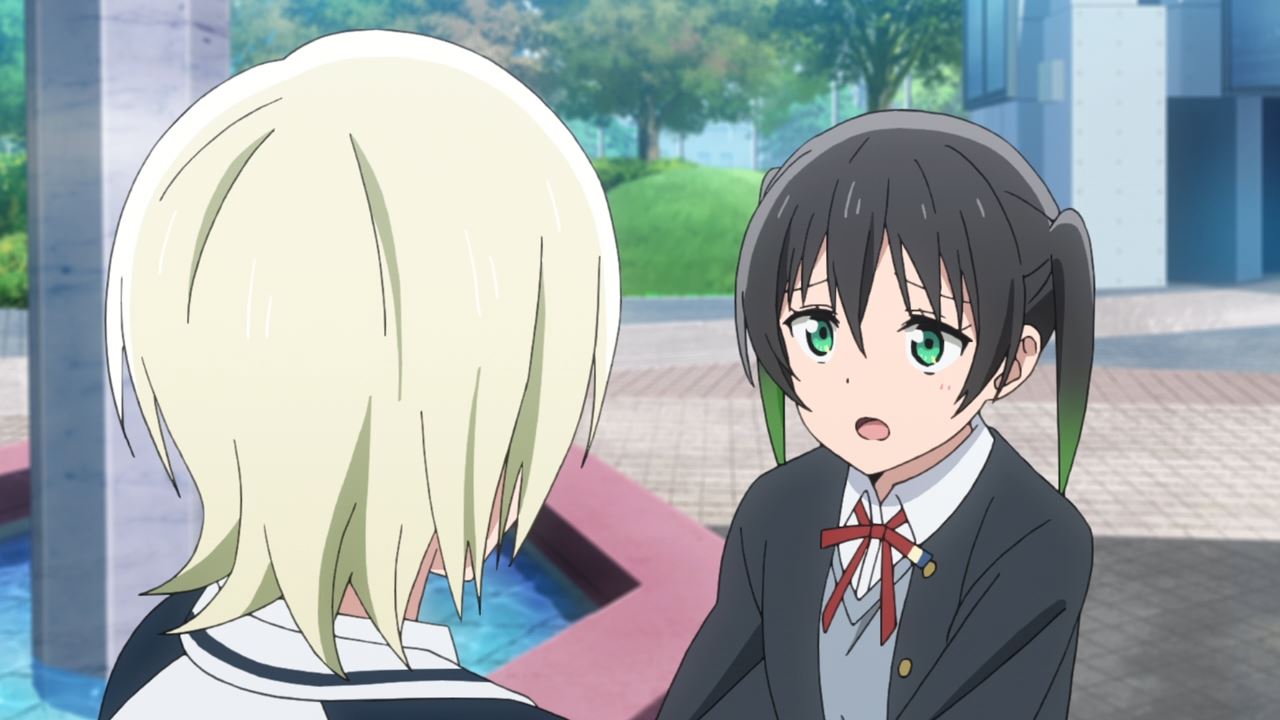 Oh and it’s not just the quartet, but also Yu Takasaki where she’s having trouble making an original song for her upcoming piano performance.

Therefore, she asked Mia Taylor for help but I doubt that the genius composer will give Yu-chan some useful tips. Let’s hope that Yu-chan, Kanata, Emma, Rinako, and Kasumin will pull through on this episode. 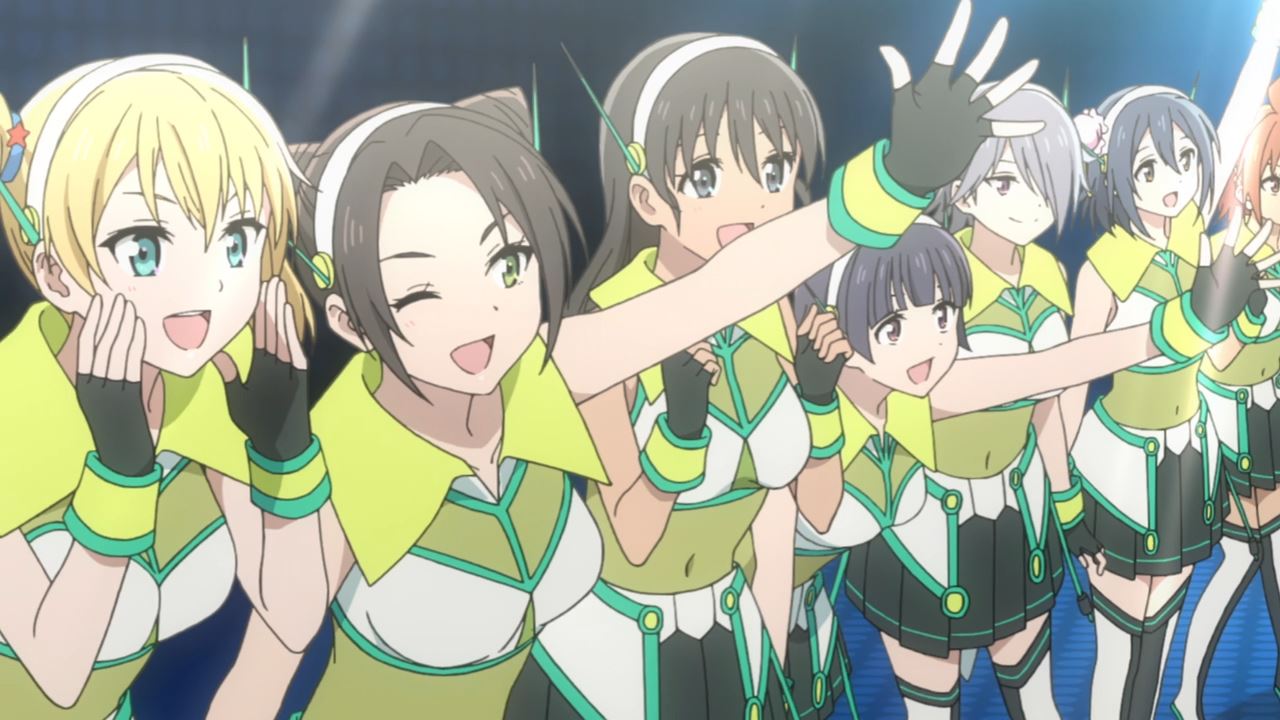 And now, it’s time for the joint concert where Y.G. International Academy will be first to perform. But much like Shinonome Academy, we won’t see them sing and dance. 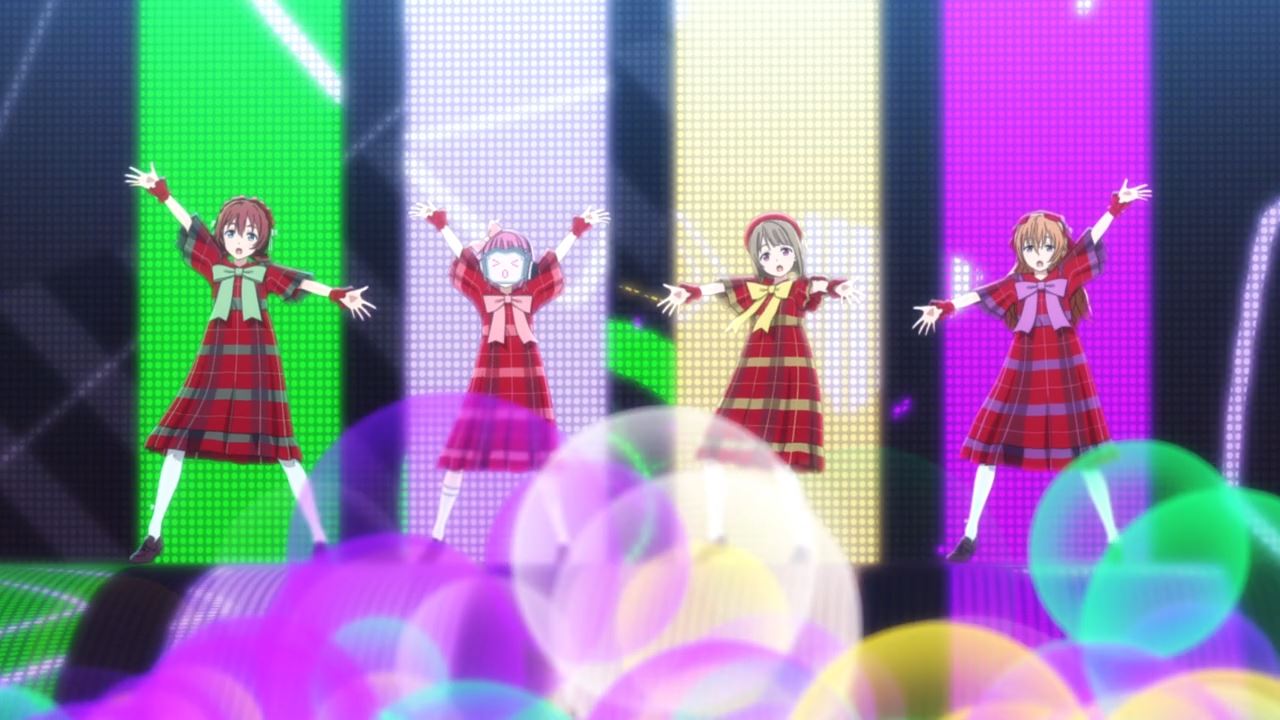 But now, it’s time for the quartet to show their fruits of labor as Emma, Rina, Kasumi, and Kanata call themselves as QU4RTZ, performing “ENJOY IT!” as they’re really swingin’ out of the park with their performance. 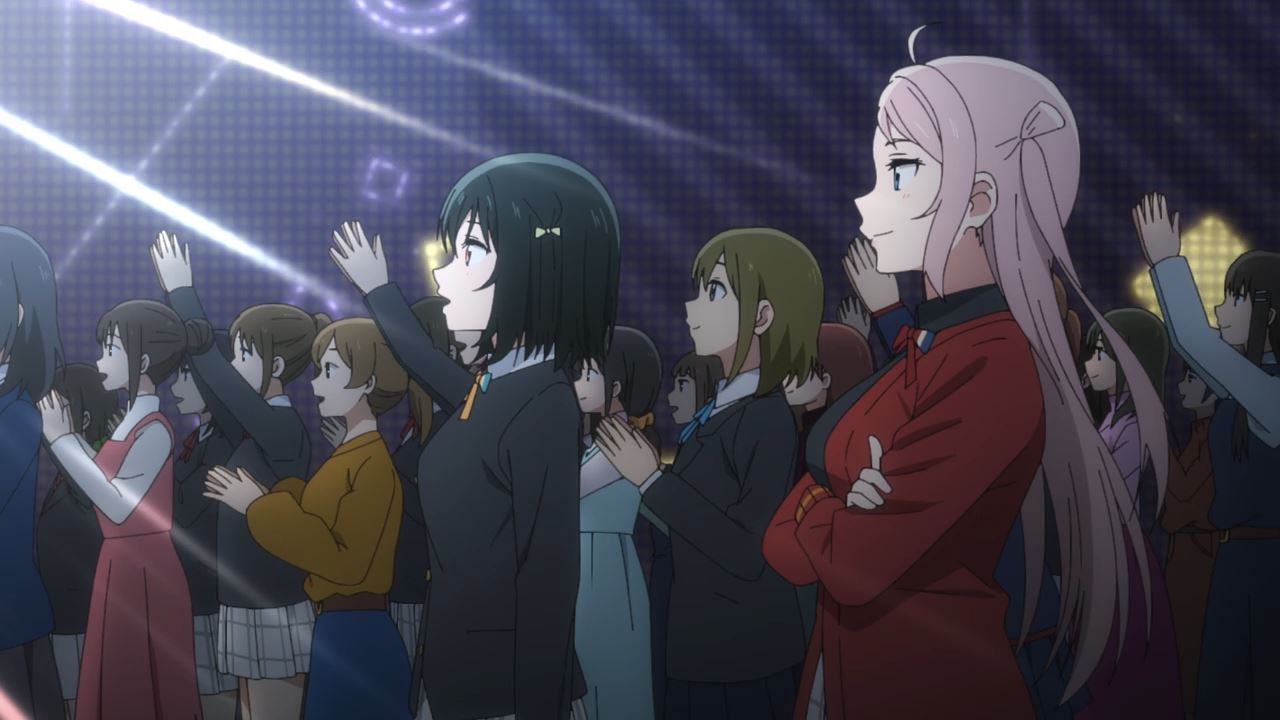 With that said, QU4RTZ made a good impression with the audience. Heck, even Shioriko is thrilled a bit with their performance.

Sadly, Lanzhu Zhong is still not impressed with their idol performance as she wanted something that’s truly elite. Gee Lanzhu, you’re really are a picky critic when it comes to school idols. 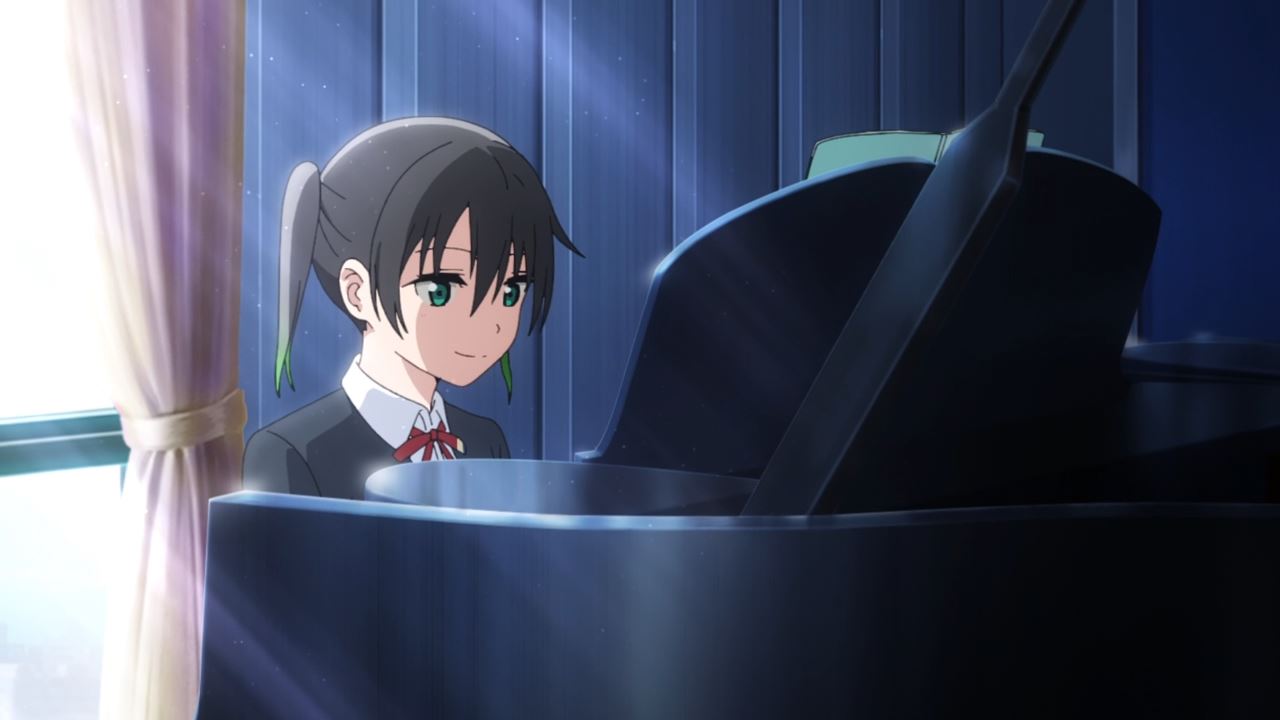 One last thing, here’s Yu Takasaki where she finally composed an original song in time for her piano performance. It’s called “NEO SKY, NEO MAP!” where it’s actually the ending theme of Season 1. Wait, are we gonna see Hinaki Yano play the piano? 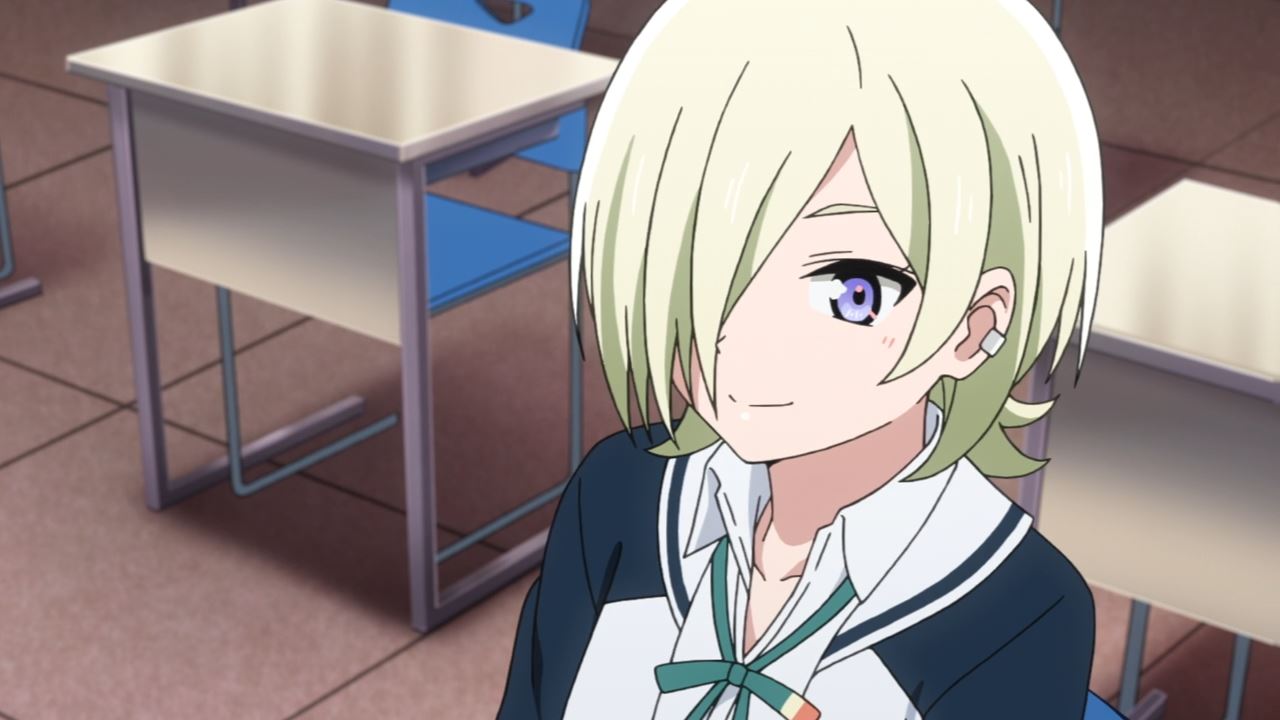 But here’s Mia Taylor where she’s really happy to see Yu-chan composed a song for this moment. Still, I wonder when will Yu Takasaki convince Mia Taylor to become a school idol?

Anyways, I’ll see you next time where we’ll move onto both Karin Asaka and Ai Miyashita. Let’s see if they can top QU4RTZ with their amazing performance!