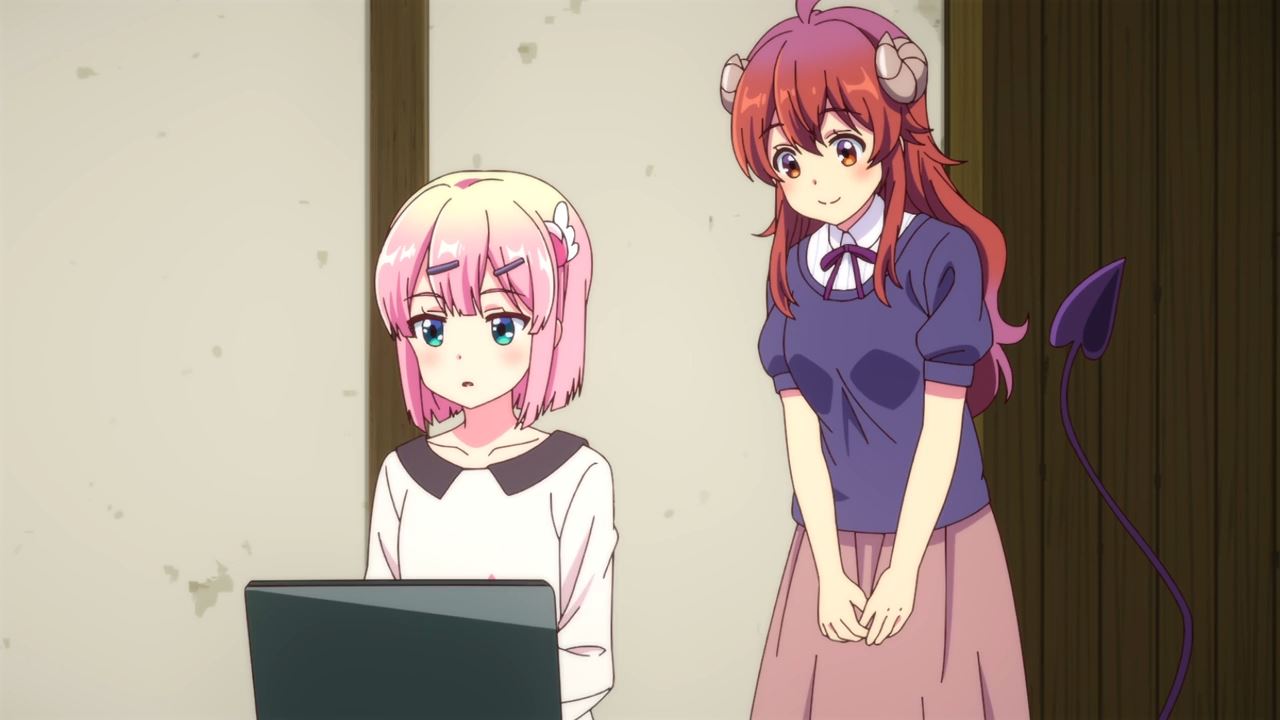 On this episode, we have Momo Chiyoda where she’s setting up her laptop in order to connect to WIFI or wireless internet, something that Yuko Yoshida is pretty clueless about it since she’s not tech-savvy compared to her little sister Ryoko. 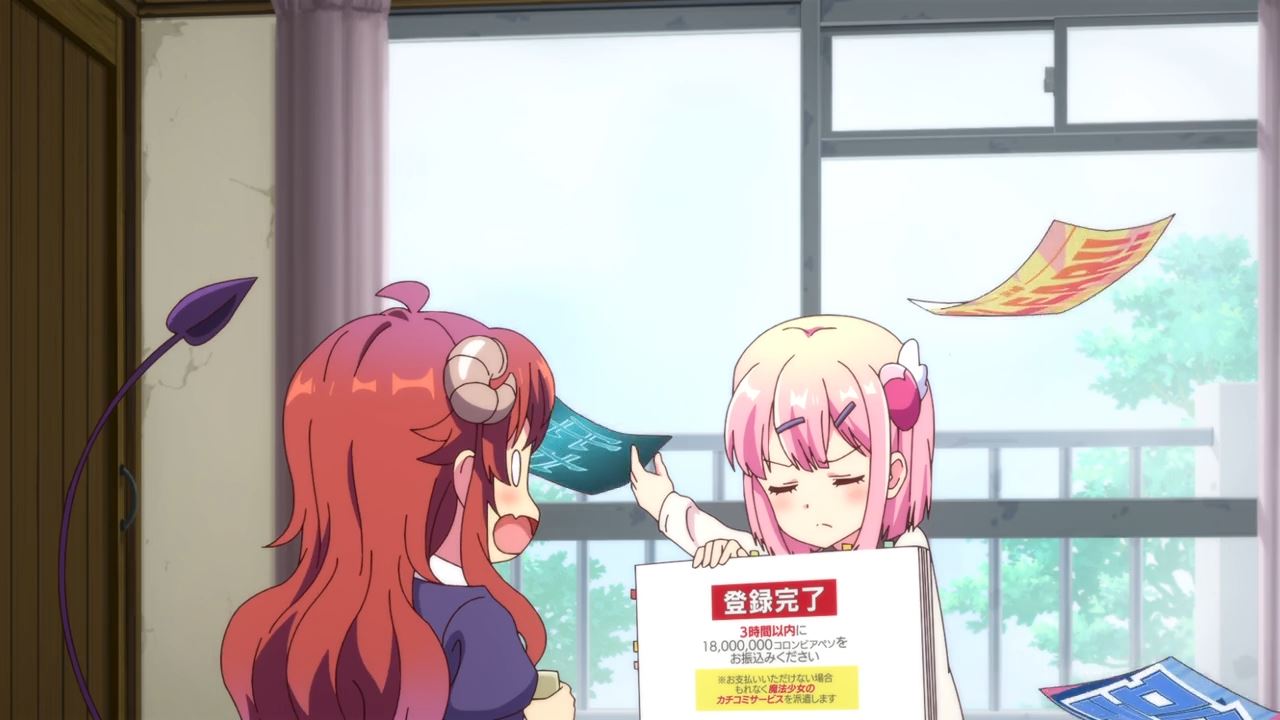 And speaking of Shamiko, Momo told her about the horrors of internet where anyone might get fooled into a scam or have your identity stolen by someone else if not careful.

C’mon, imagine the horror when someone posed as Shamiko to scam more people while the real one got arrested for crimes she didn’t commit. 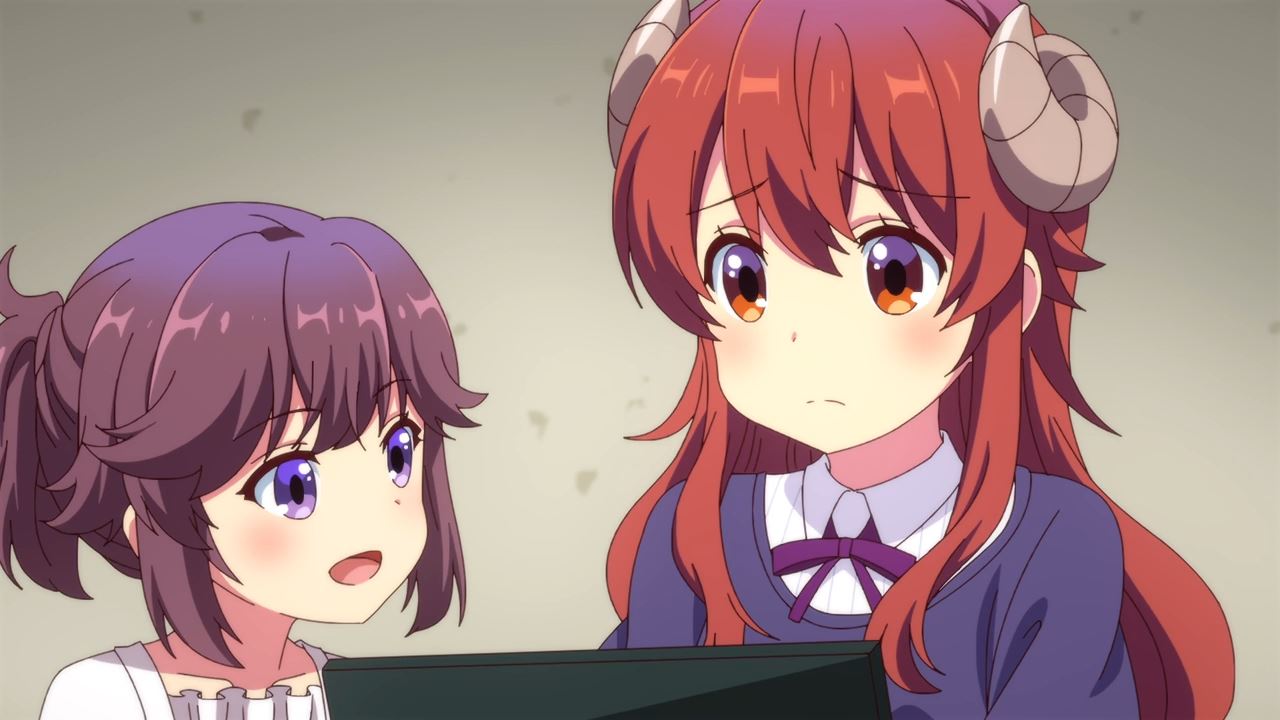 But fret not ’cause Yuko will be very careful when browsing the internet, starting by creating a social media account to gather followers. 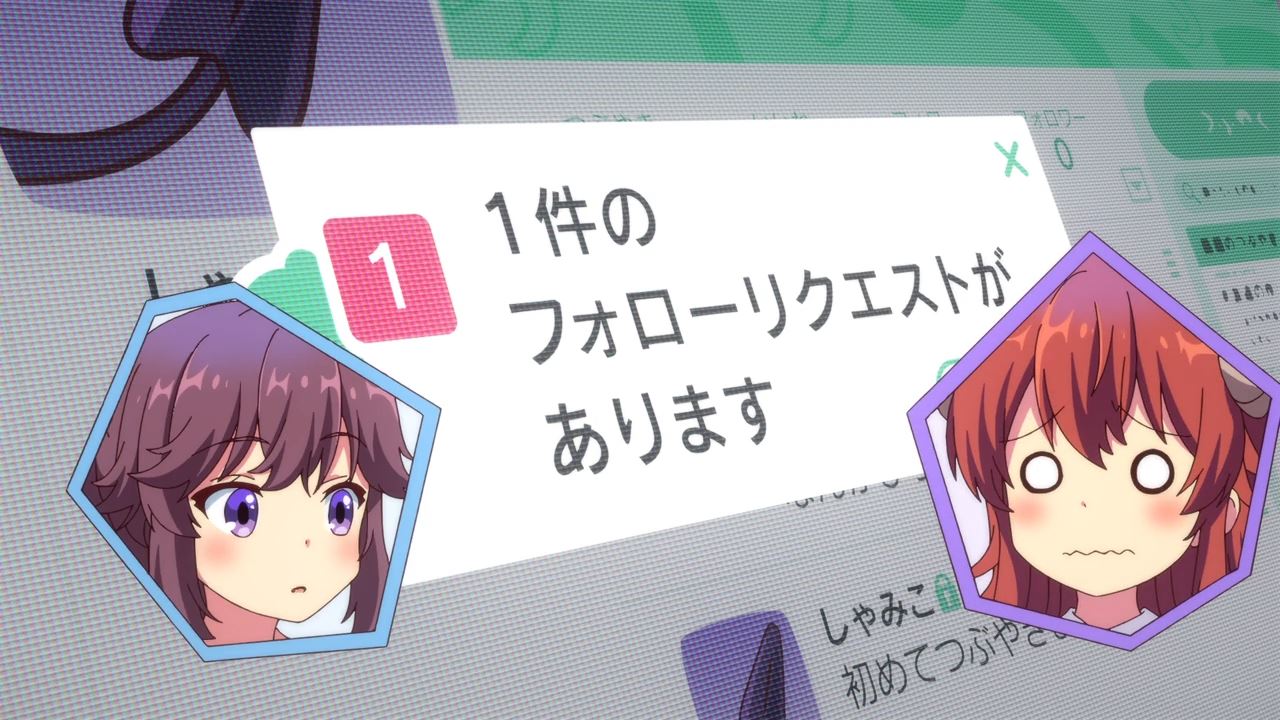 Now, Shamiko’s first task will be accepting a follower upon seeing the notification. One more thing, you want to know who followed the shadow mistress? 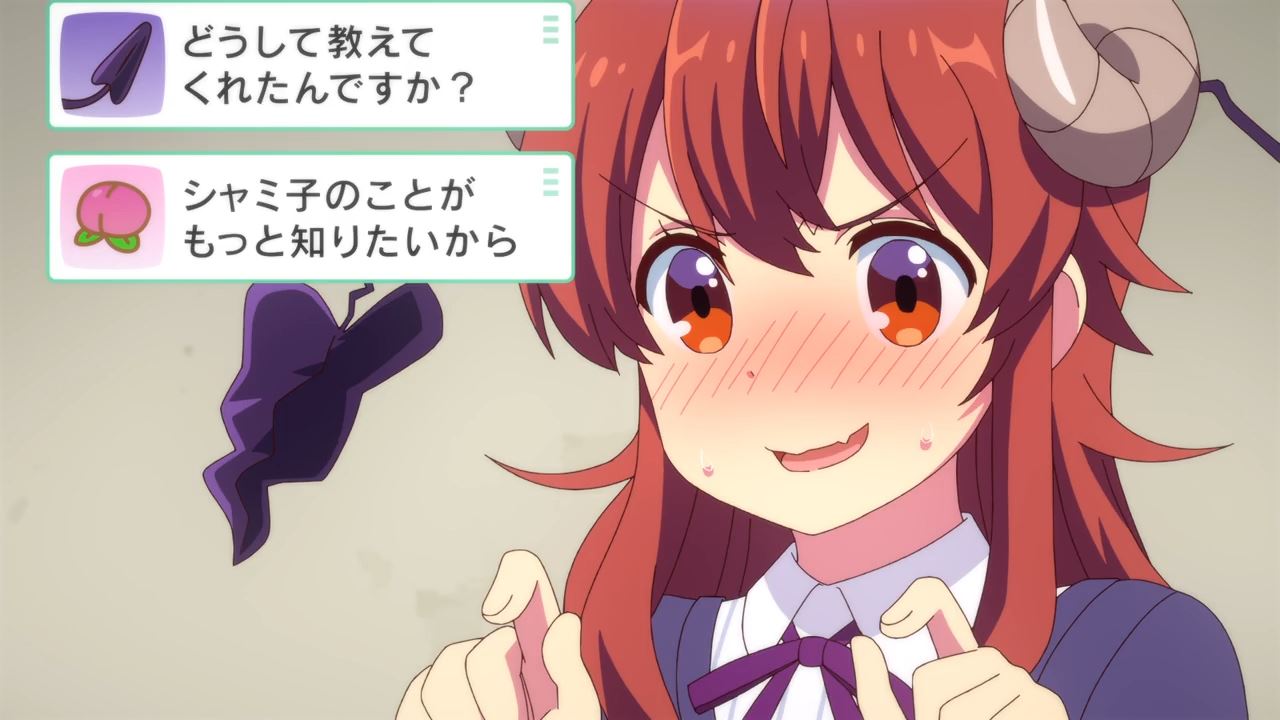 Why it’s none other than Momo where she wants to look after Yuko whenever she does something stupid, like feeding the trolls. 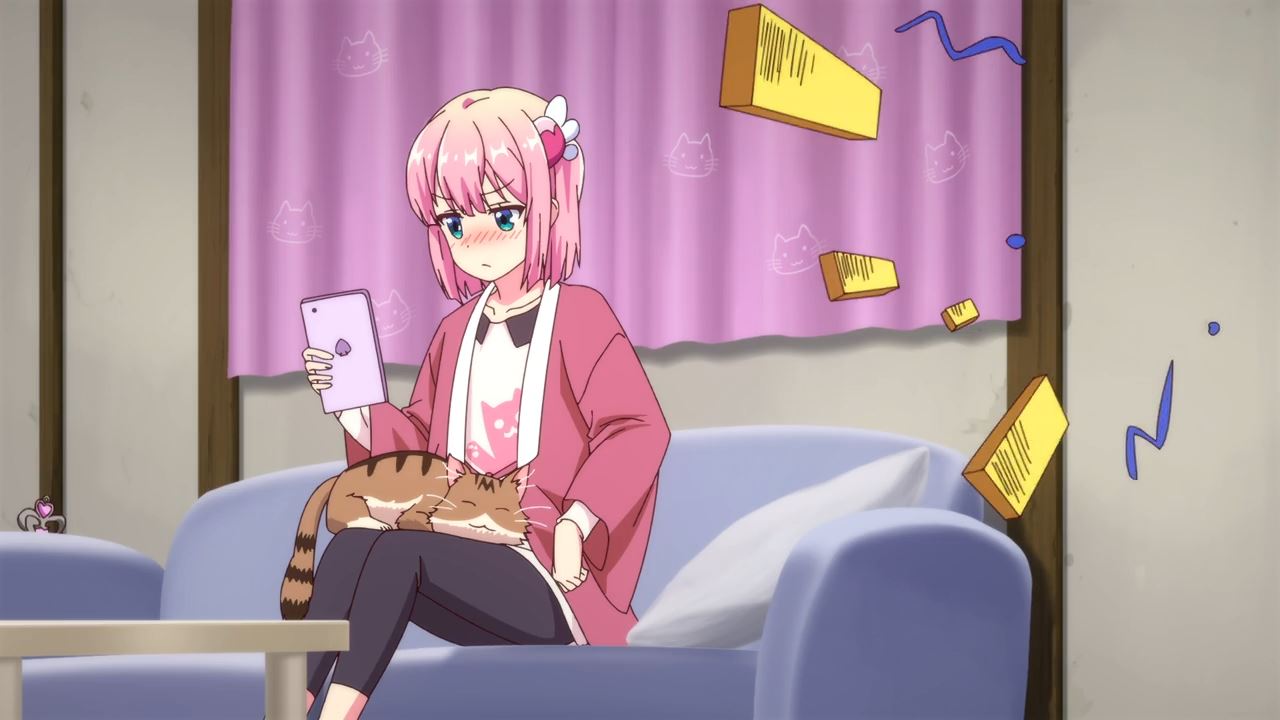 Speaking of Shamiko, I’m glad that she said her catchphrase on this episode ’cause it never gets old.

But as for Momo, she’s pretty embarrassed that the magical girl is following Yuko. 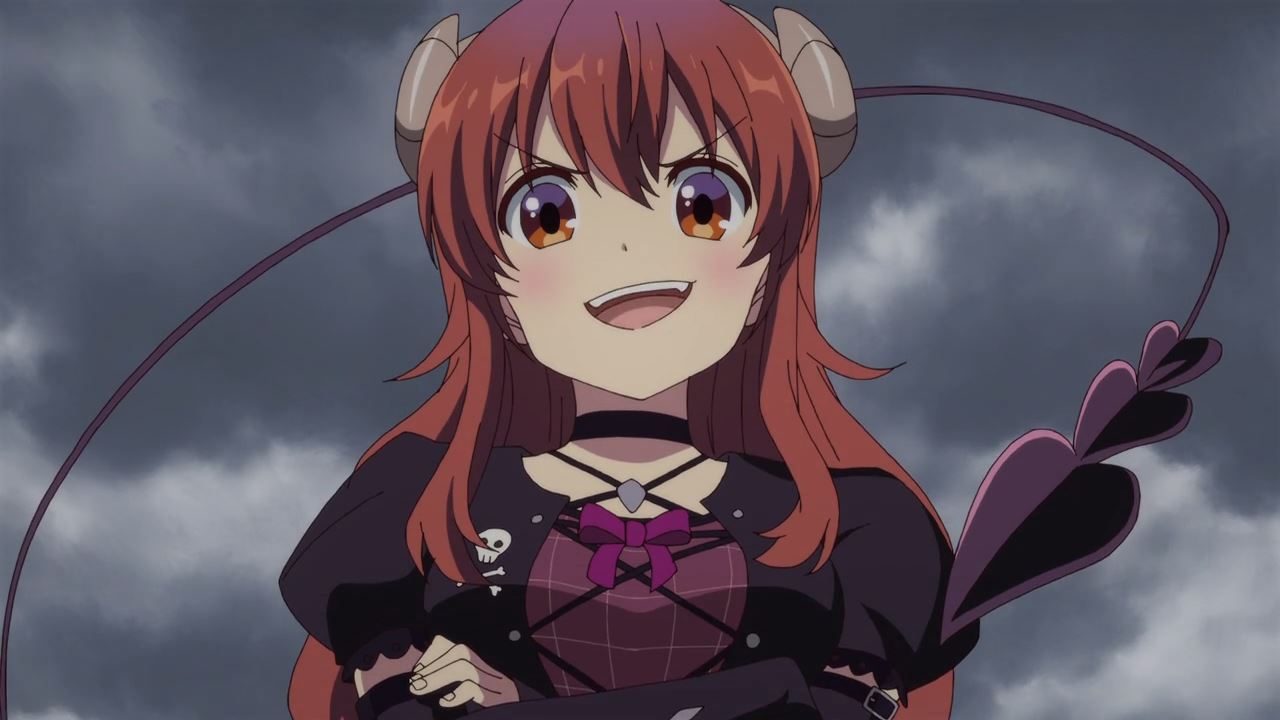 Now let’s move onto the next scene where Yu- I mean, Lilith has taken over Yuko’s body and she’s now wearing some brand-new clothes that’s being bought from a certain online marketplace. 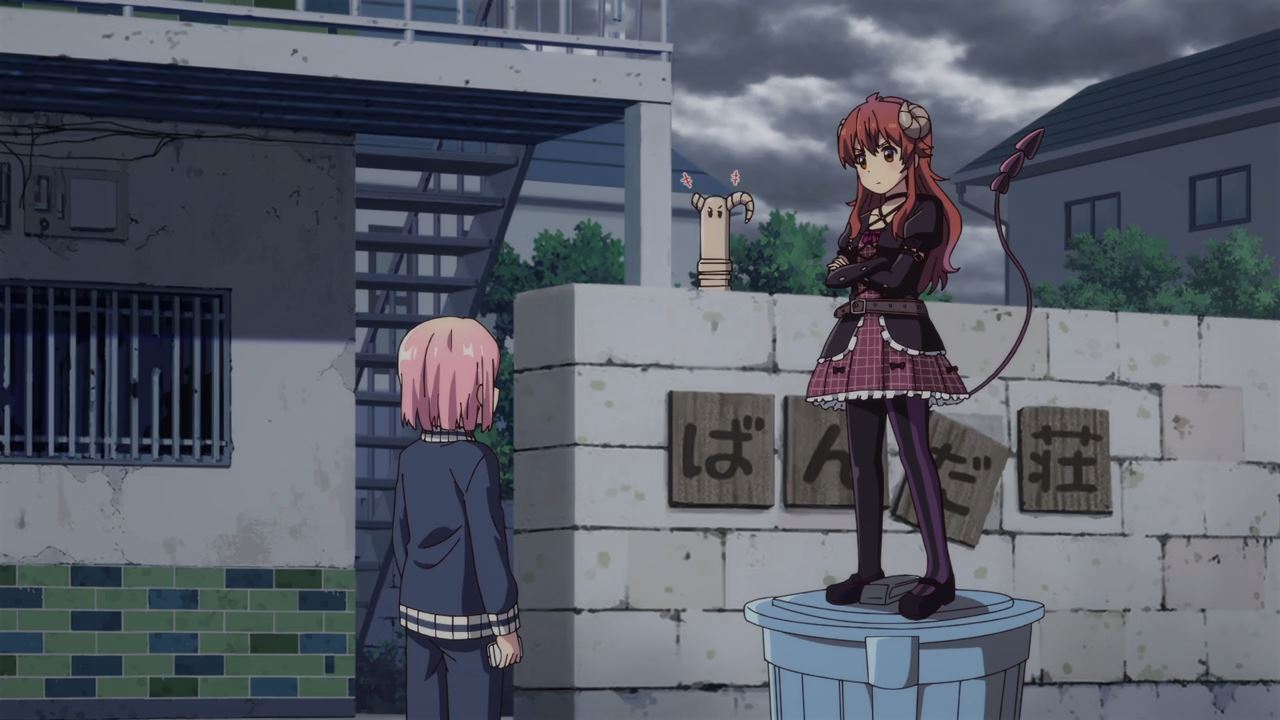 Then again, Shamicen looked so freakin’ weird as she’s like one of those delusional people who believe that they have powers even though they don’t have them.

By the way, Shamicen will be punished later for buying expensive clothes online even though she believed that there’s a sale. Anyways, it’s time for Lilith and Momo to head towards the Beppu hot springs. 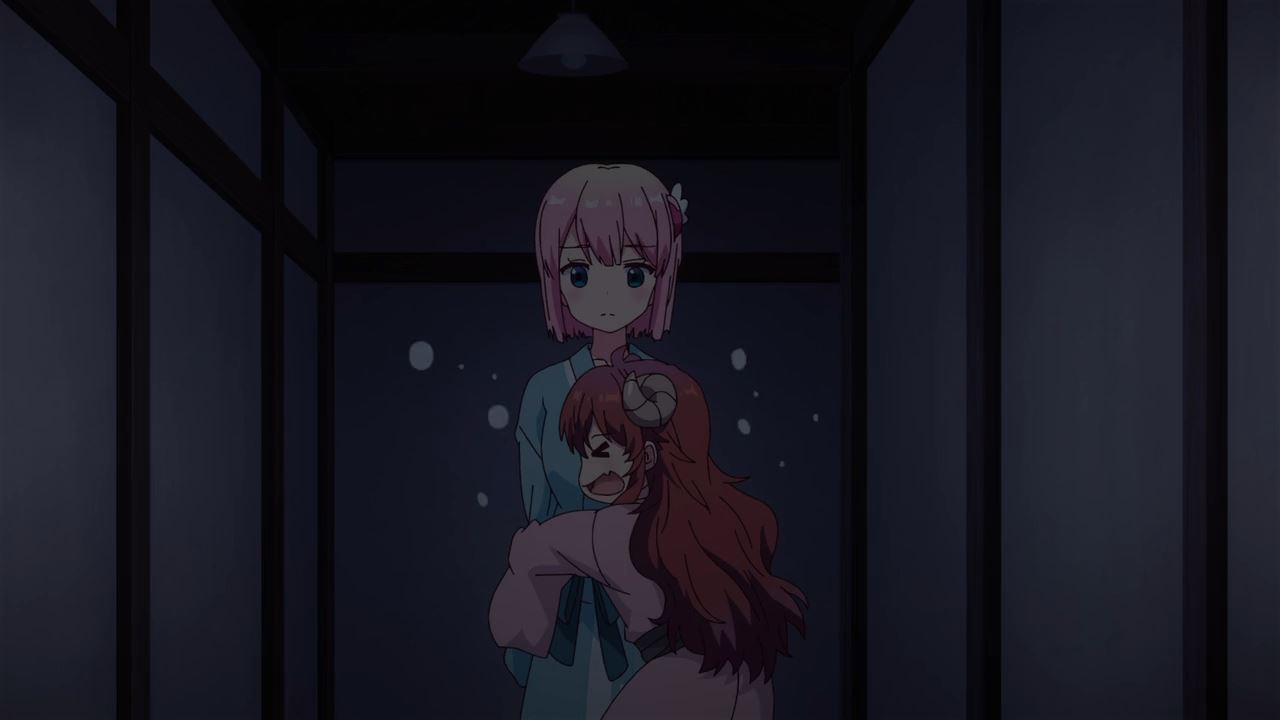 Then again, it appears that Shamicen is actually afraid of the dark. Quite ironic from Lilith where she’s affiliated with darkness.

By the way, Momo recorded Lilith’s panic moment from her cellphone as blackmail. I mean, the magical girl doesn’t want any further trouble from Yuko’s ancestor down the line.

One last thing, it appears that Momo has a scar on her left side where she got it when fighting some demon alongside her sister Sakura.

Speaking of Sakura, she’s still an enigma where Momo’s older sister hasn’t made her debut on this season yet.

For now, let’s end this episode where Momo and Lilith are relaxing at the hot springs. As for the lodging costs? Shamiko will have to pay Momo back for some other time. Anyways, I’ll see ya next time!