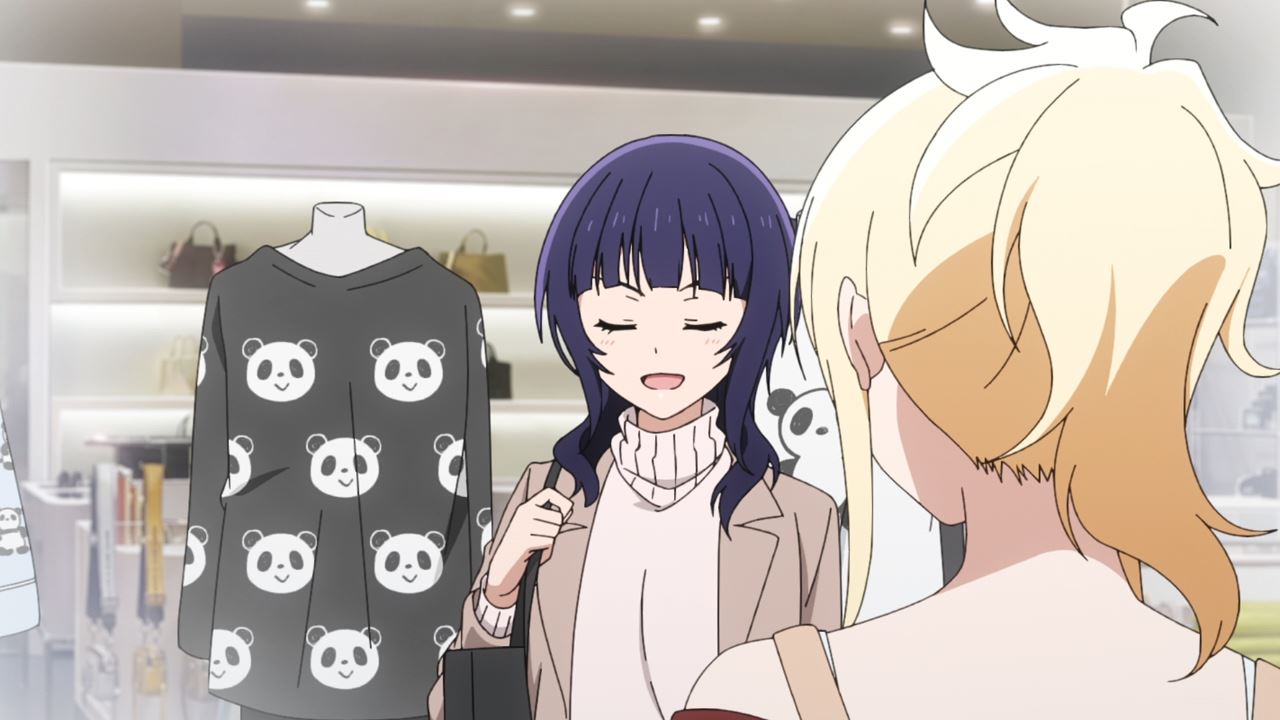 Let’s begin this episode where Karin Asaka tries to buy some cute clothes like a panda-printed pajama. Then again, she backed out ’cause Ai Miyashita is here. 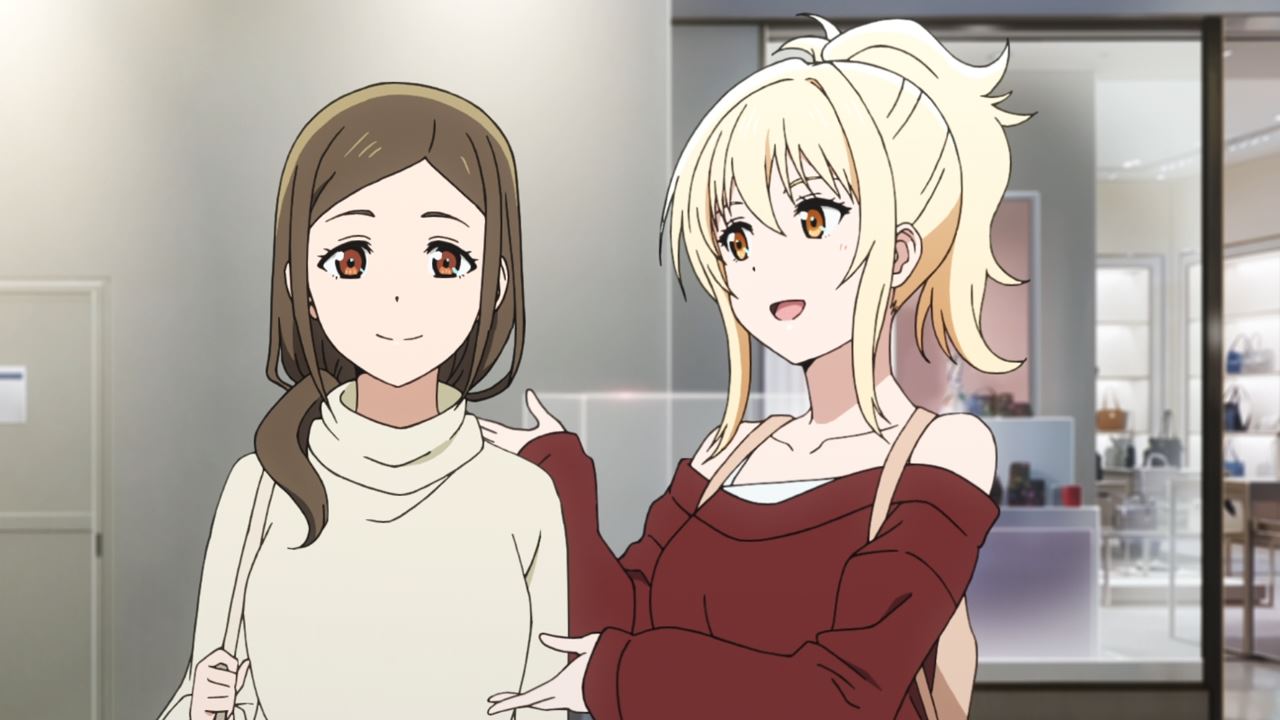 This time, Ai-chan brought her older sister Misato Kawamoto. Now despite not being related by blood, Ai-chan really loves Misato-neechan so much. 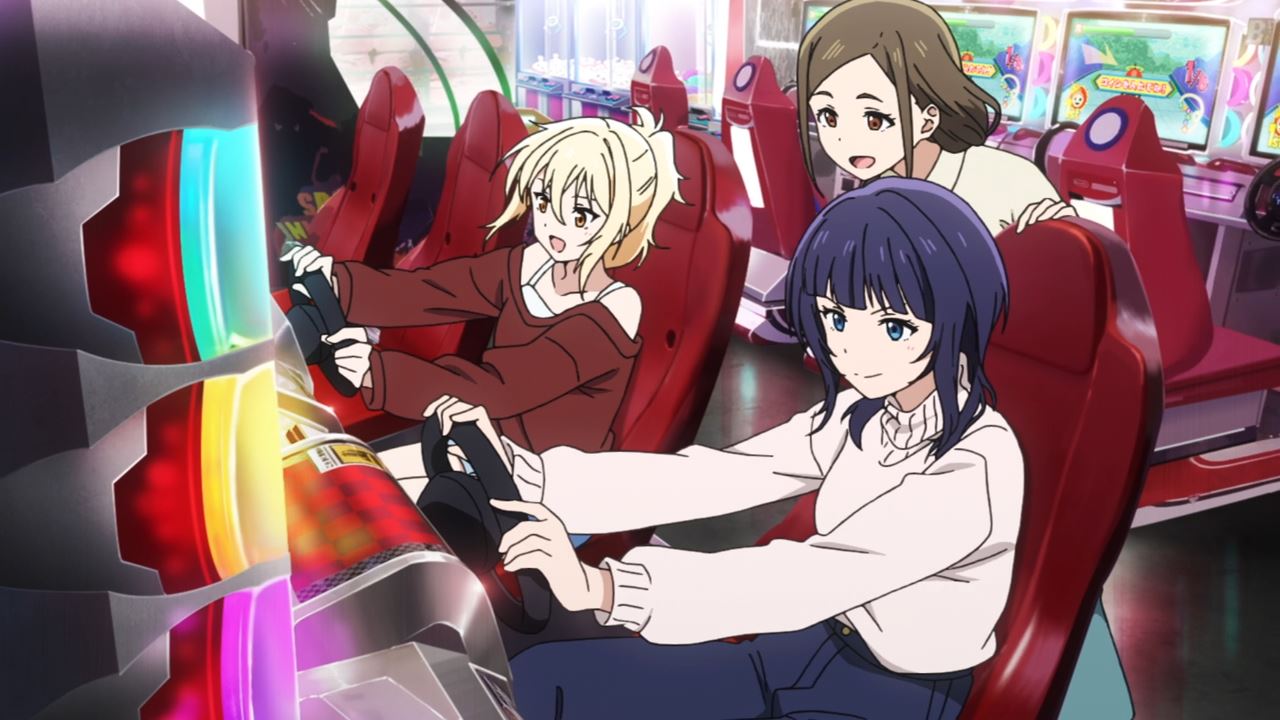 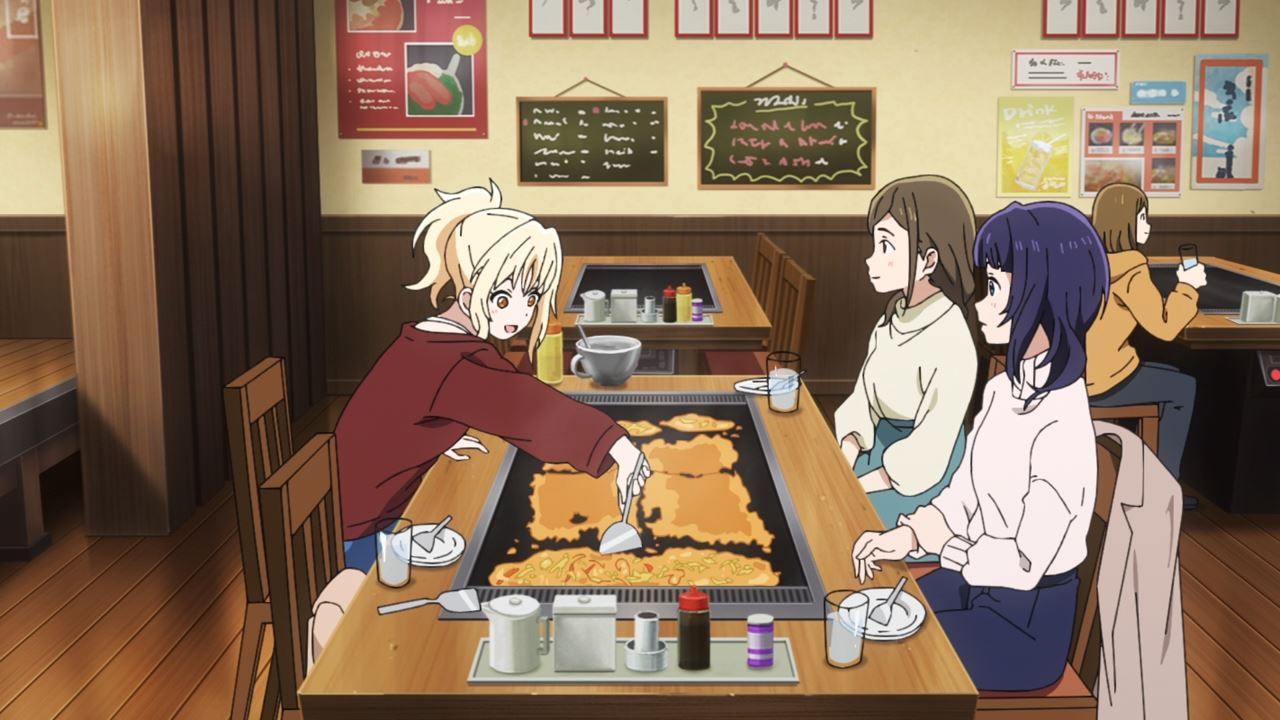 But yes, enjoy some moments where Ai Miyashita and Karin Asaka compete each other and dine in at Ai-chan’s family-run monjayaki shop.

By the way, Misato Kawamoto doesn’t participate in games is because she was hospitalized for a very long time. 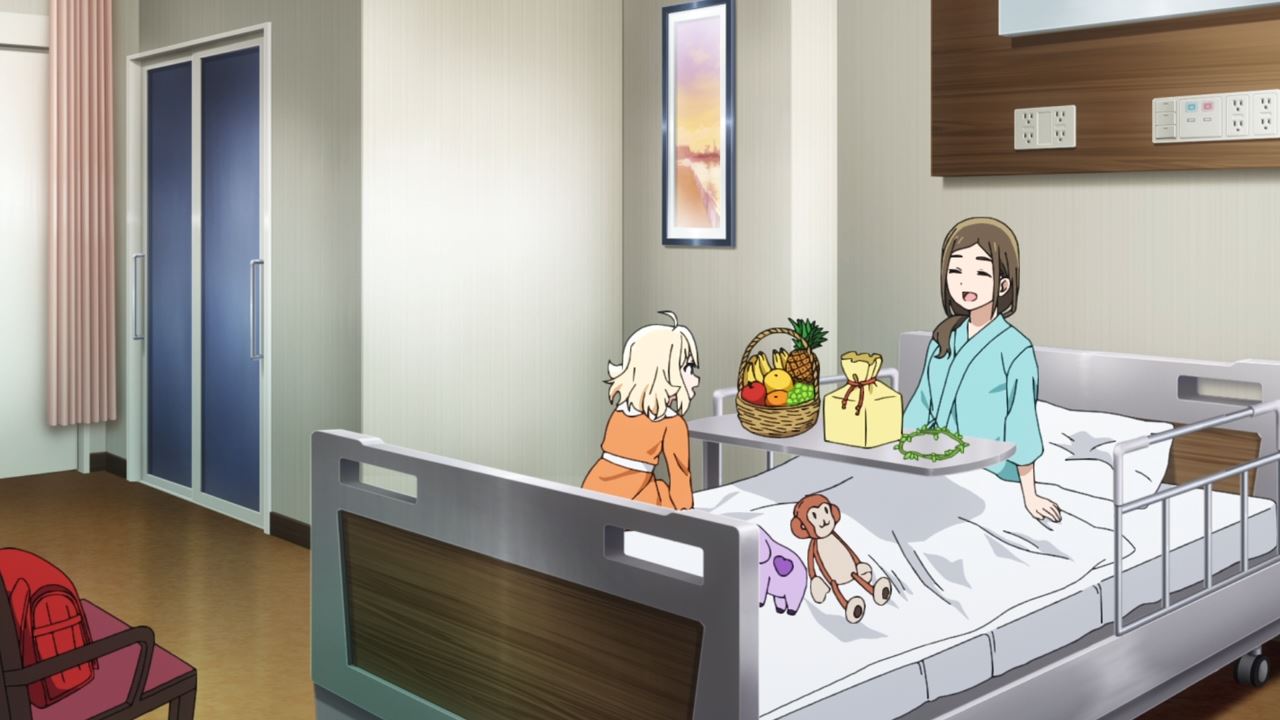 I mean, she’s very lonesome most of the time and the only friend she really have is Ai-chan. Oh yeah, Misato-san is aware of this as even though she got a bit better, Kawamoto will slowly fade away and support Ai Miyashita from a distance now that she becomes a school idol.

Speaking of Ai Miyashita, seems that she’s bothered with Misato’s troubled life that Ai-chan is contemplating on whether to continue her school idol career or not.

You know what, I want Misato Kawamoto to see and support her best friend, while I want Ai Miyashita to continue her school idol career for Misato’s sake. 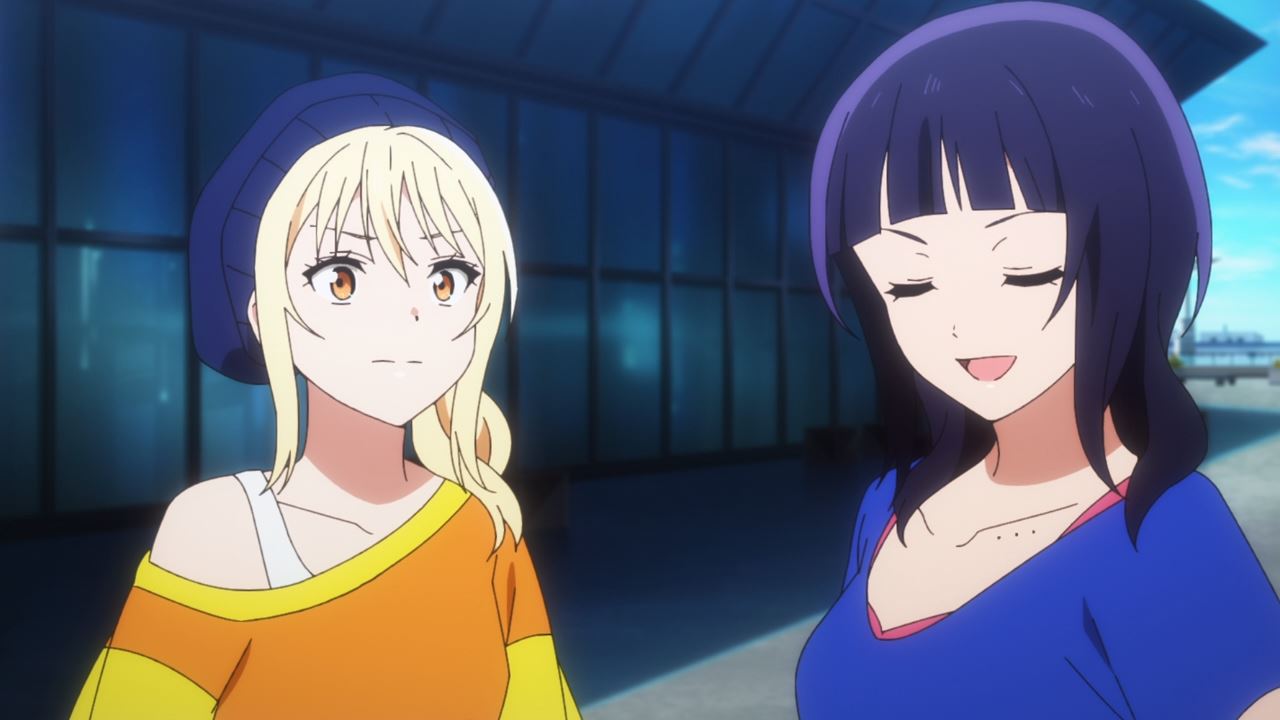 And by the way, looks like Karin-sempai is employing some scare tactics where she’ll steal Misato-san away from Ai-chan. That was nasty, but she’s doing it for Ai-chan. 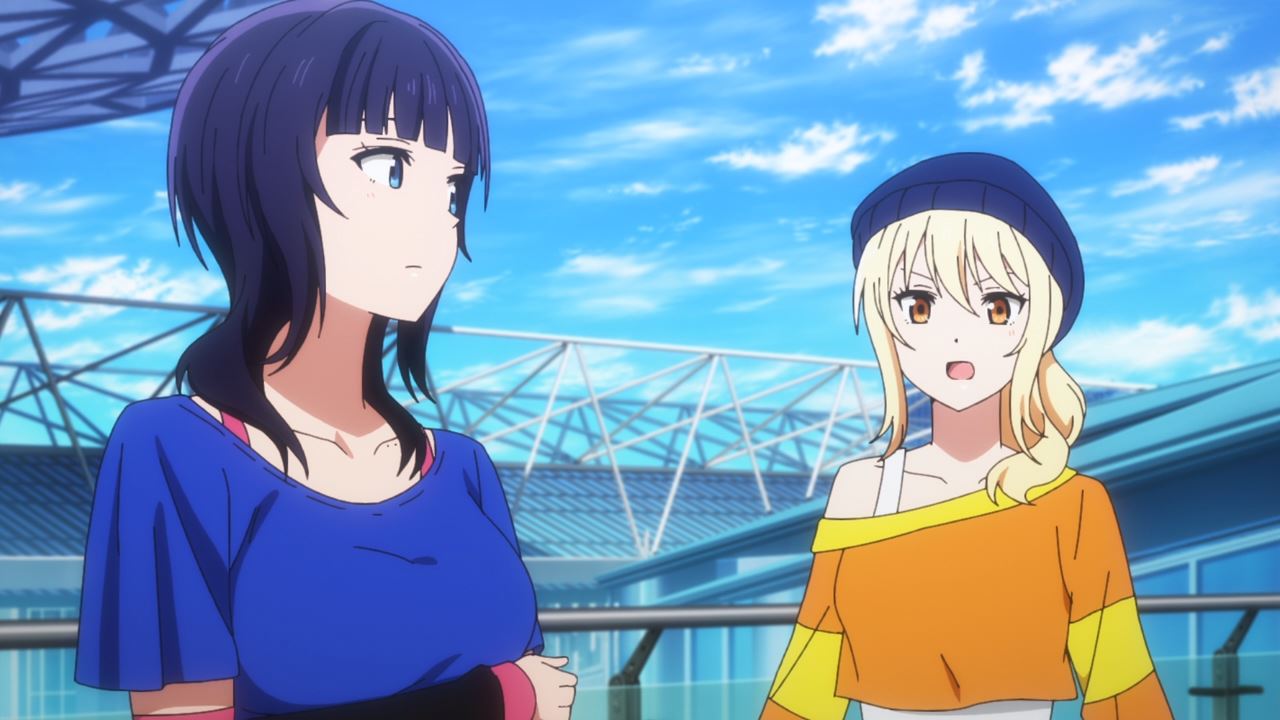 Of course, Ai Miyashita won’t let Karin Asaka do that as she’ll continue her school idol career for her dear friend. Glad that she’s still radiating some positivity on this episode. 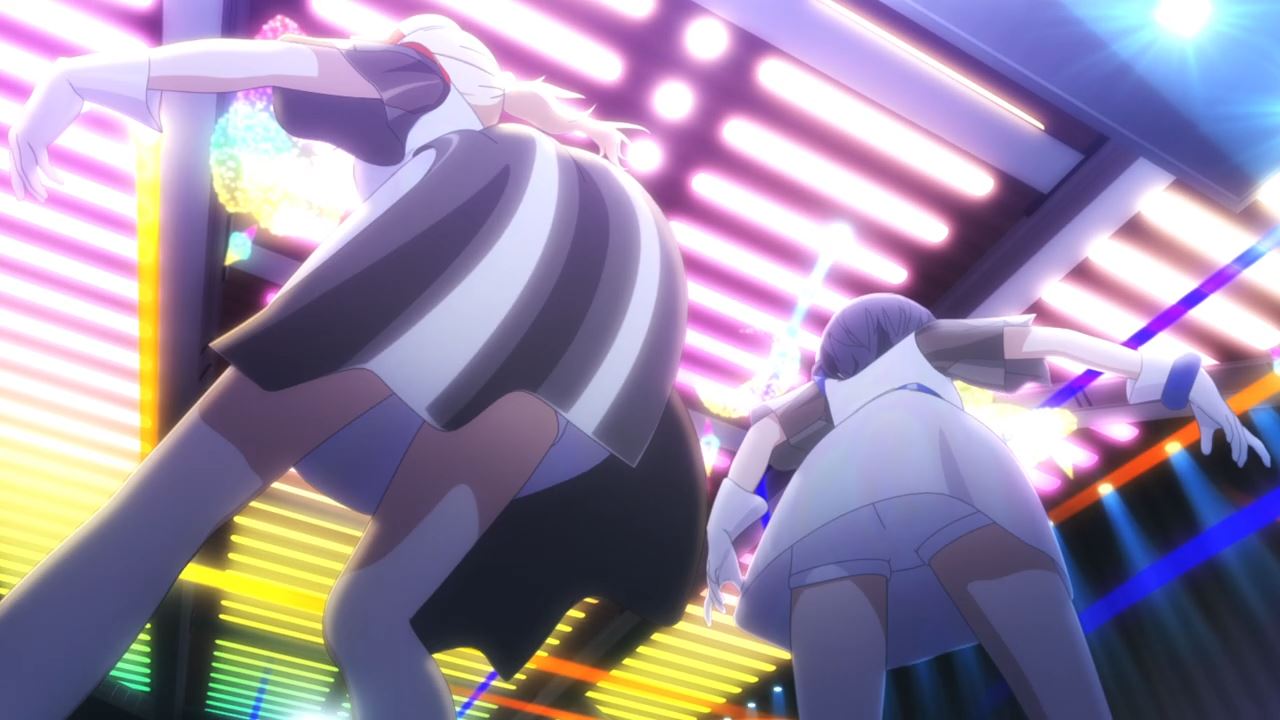 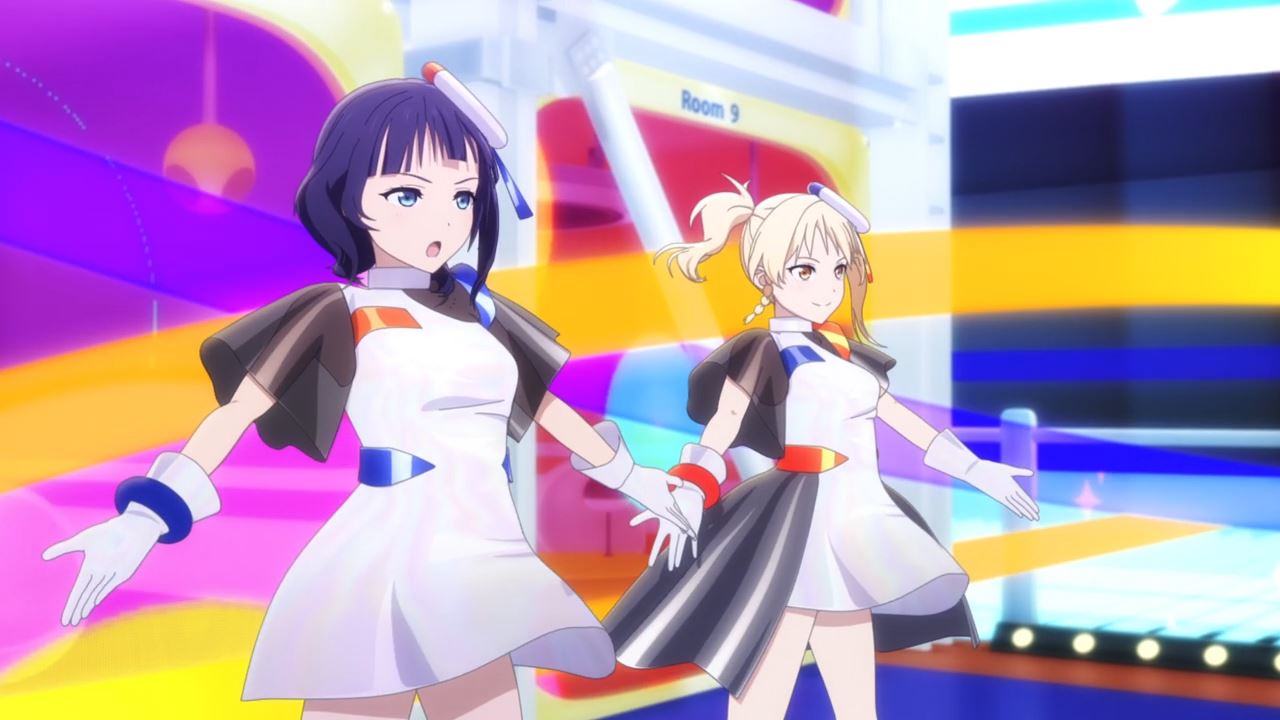 Anyways, it’s time to show the second sub-unit featured on this anime as Ai Miyashita and Karin Asaka joined forces to become DiverDiva, performing “Eternal Light” at a mall. Still, I’m hoping that Misato Kawamoto is there. 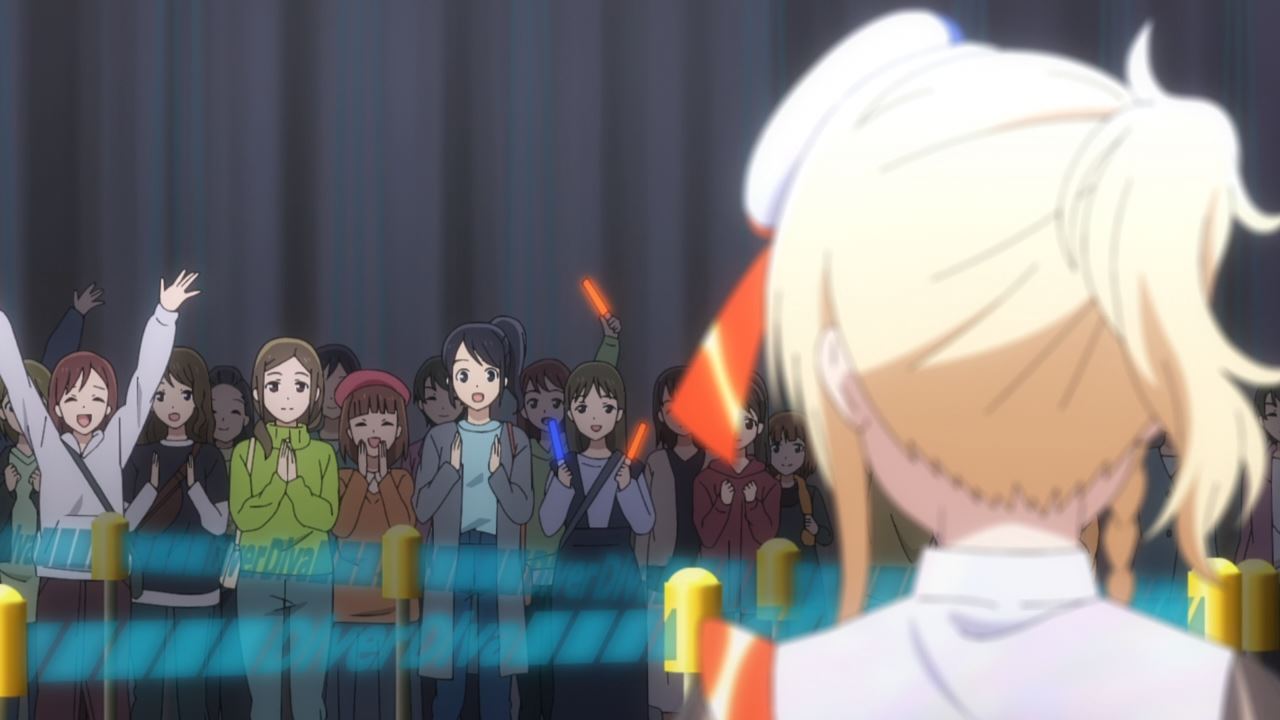 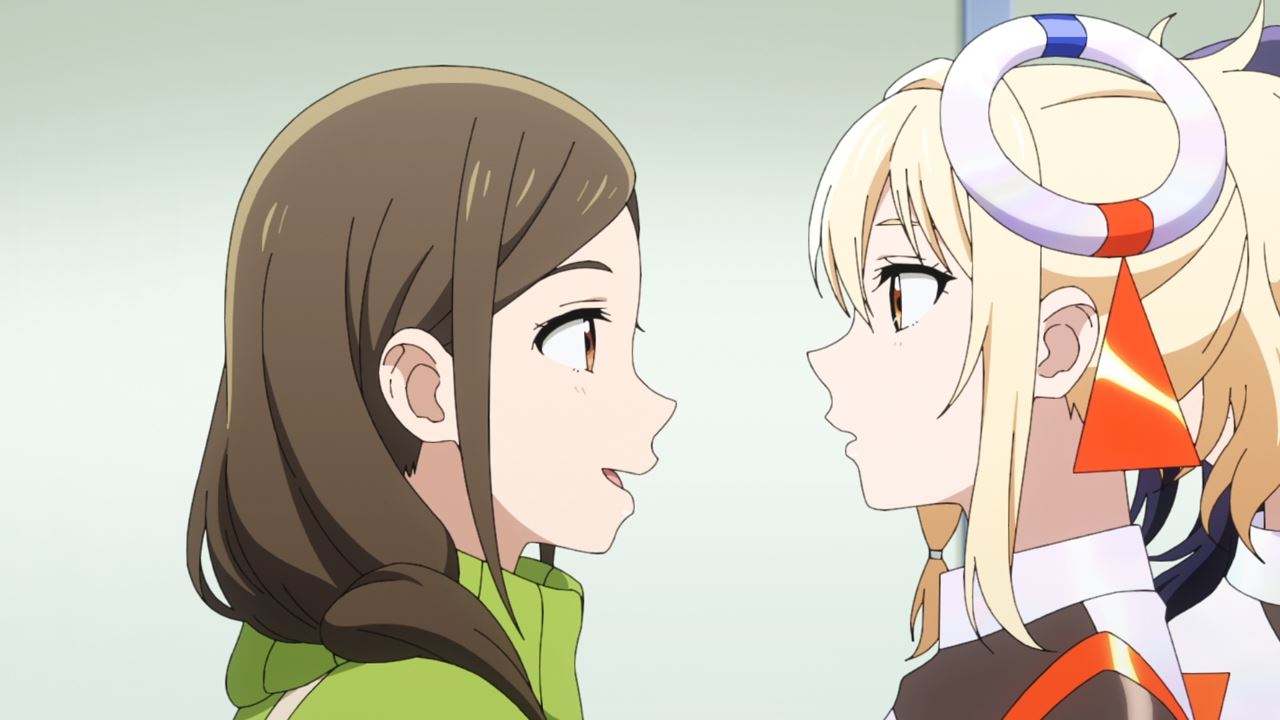 And speaking of Misato-san, looks like she’ll support both Ai Miyashita and Karin Asaka as she felt that both of them have a friendly rivalry. I guess it’s all’s well that ends well for this week’s episode! 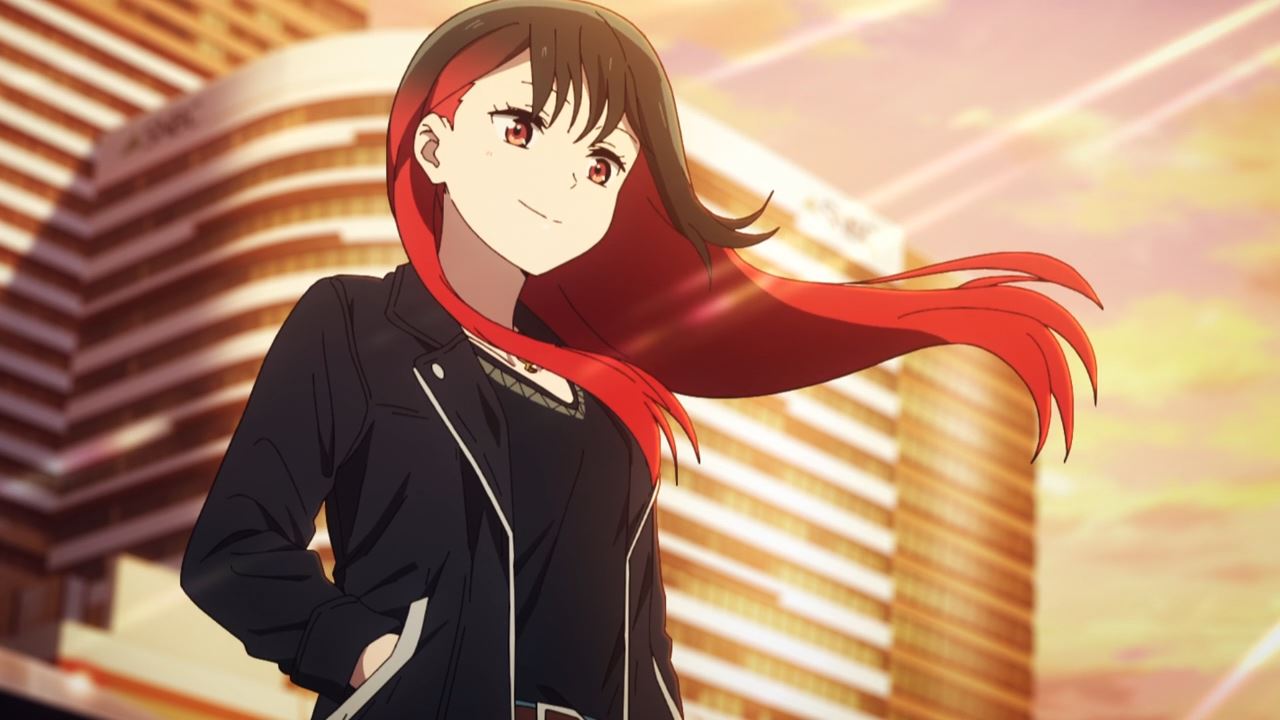 Oh wait, we still have one more reveal where Shioriko’s older sister Kaoruko Mifune has arrived. Why is she here in Nijigasaki High School remains a mystery. 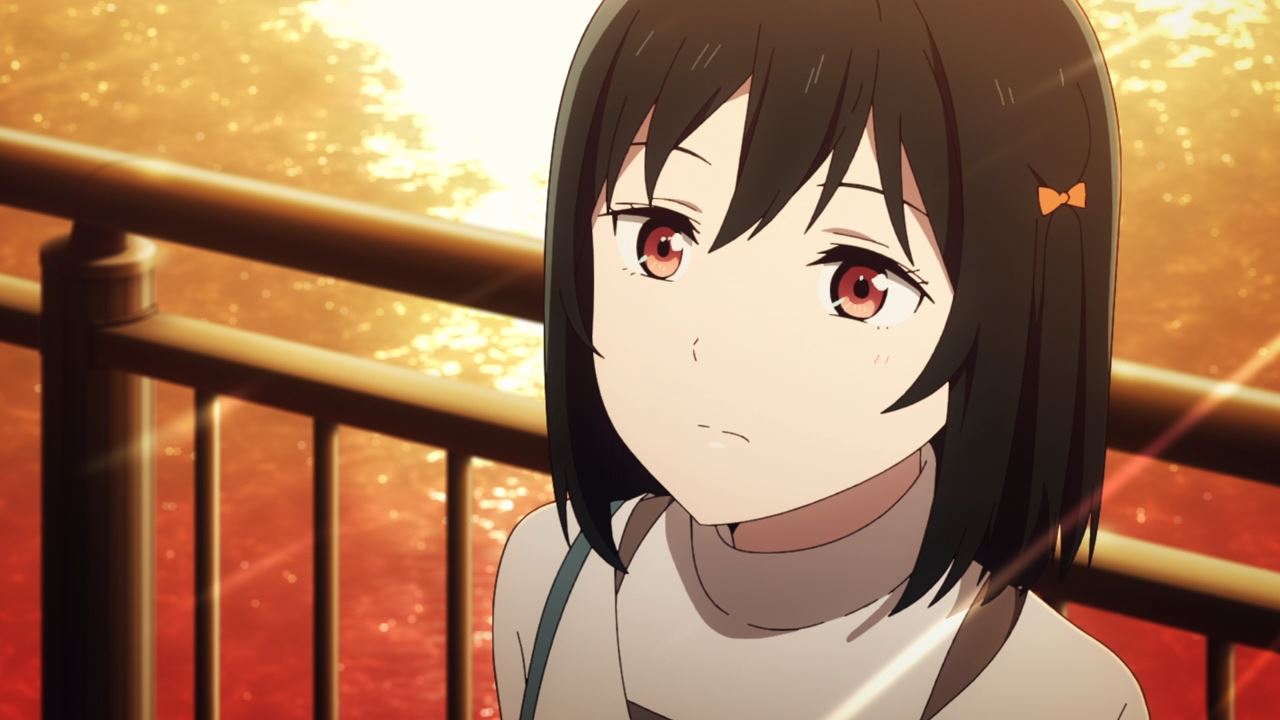 Anyways, I want to see Shioriko’s story arc in the near future but for the time being, next week will focus on Ayumu, Shizuku, and Setsuna.