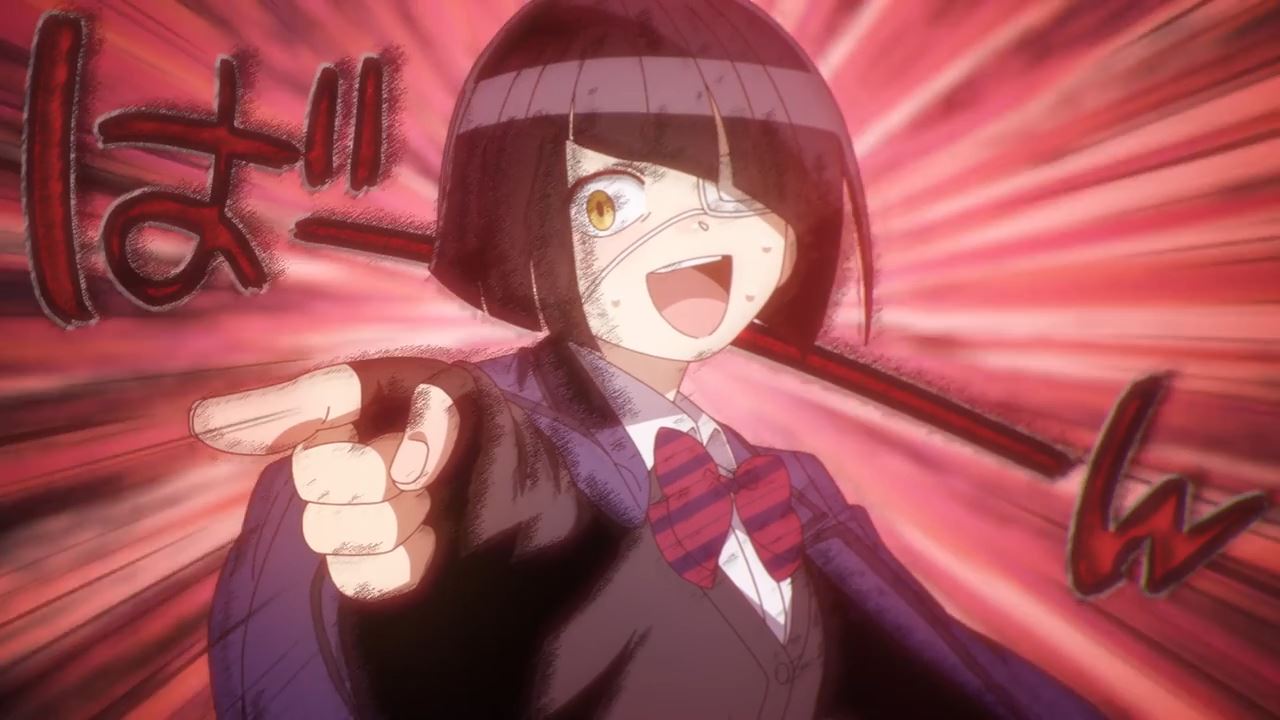 Still, I wish Nakanaka would open up to Komi-san rather than acting like a chuunibyou character. Heck, even Tadano-kun went to that phase before quitting it altogether. 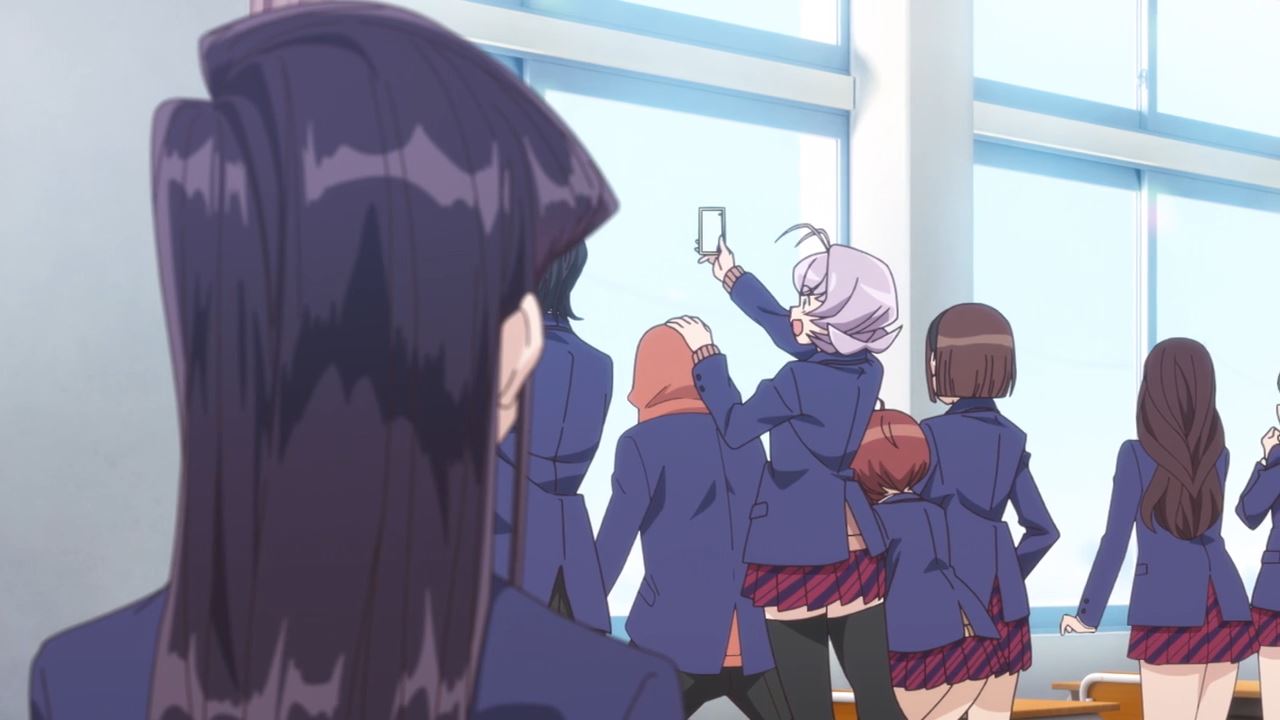 Anyways, let’s move onto this episode where everyone went to see a big rainbow. Glad that Najimi Osana and the rest look for something refreshing for once. 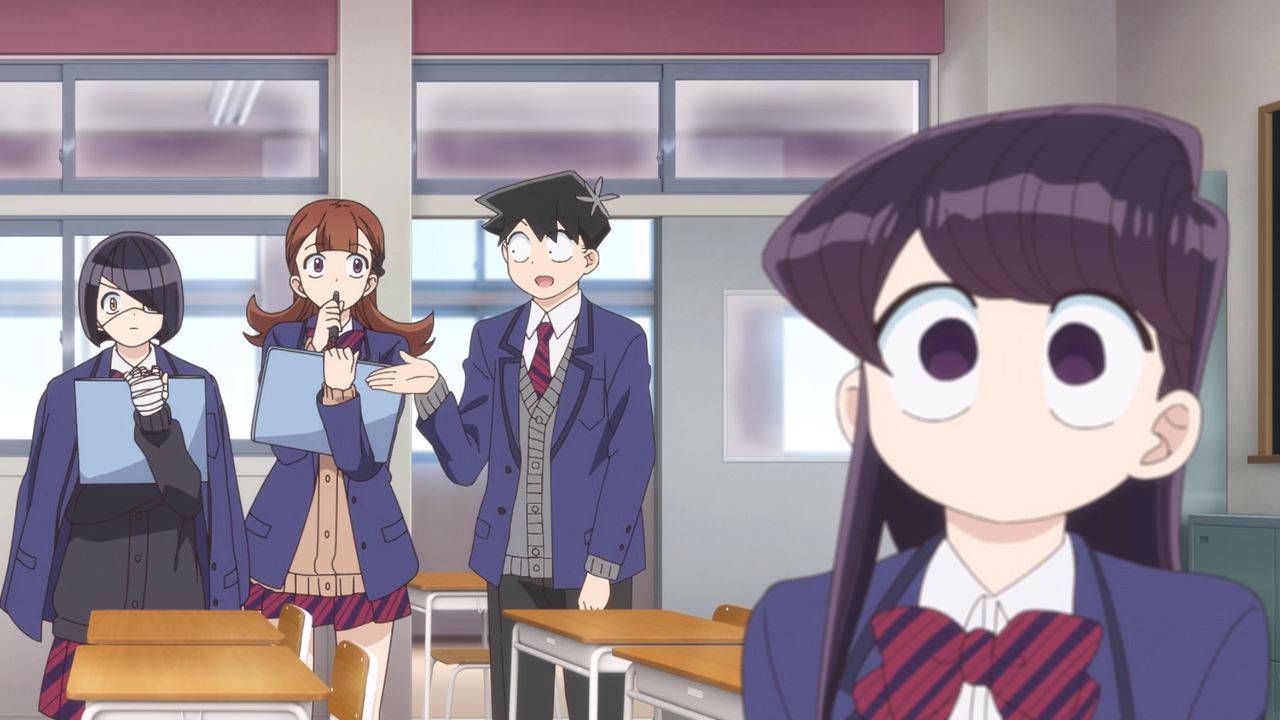 Now then, Hitohito Tadano gave both Ren Yamai and Omoharu Nakanaka a task where they want to guess what Shouko Komi is thinking right now. Sounds easy, right? 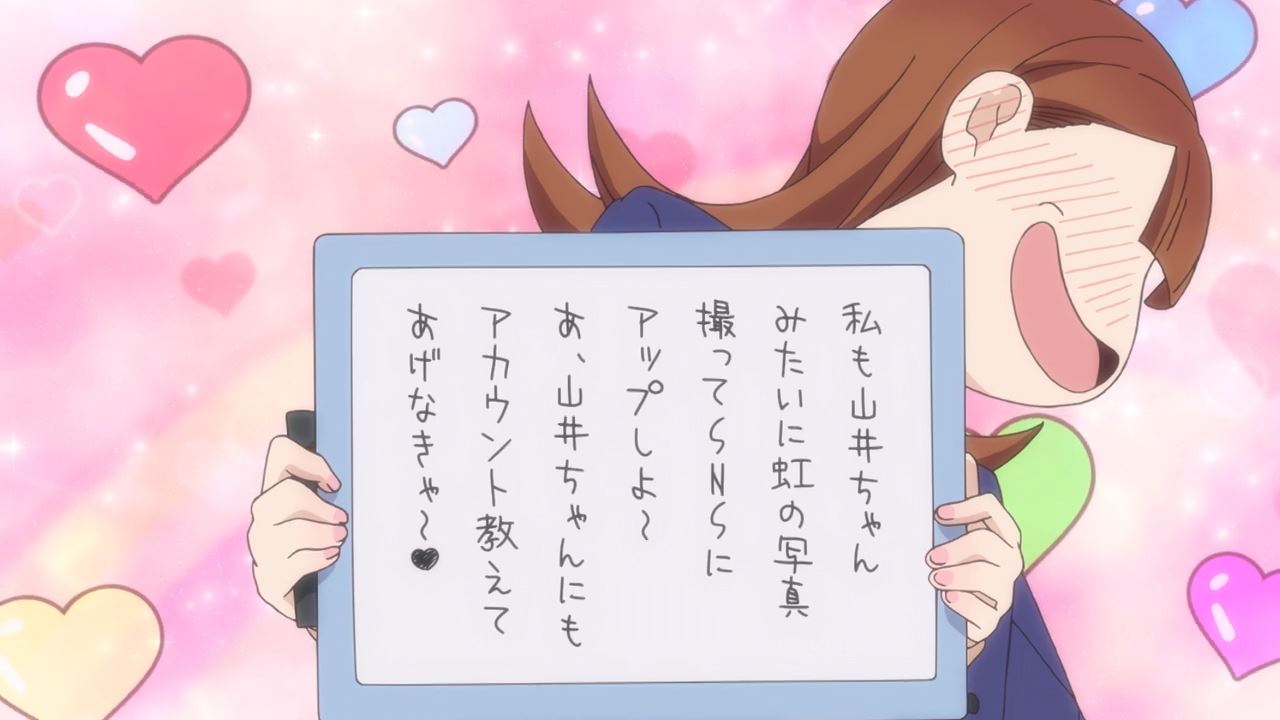 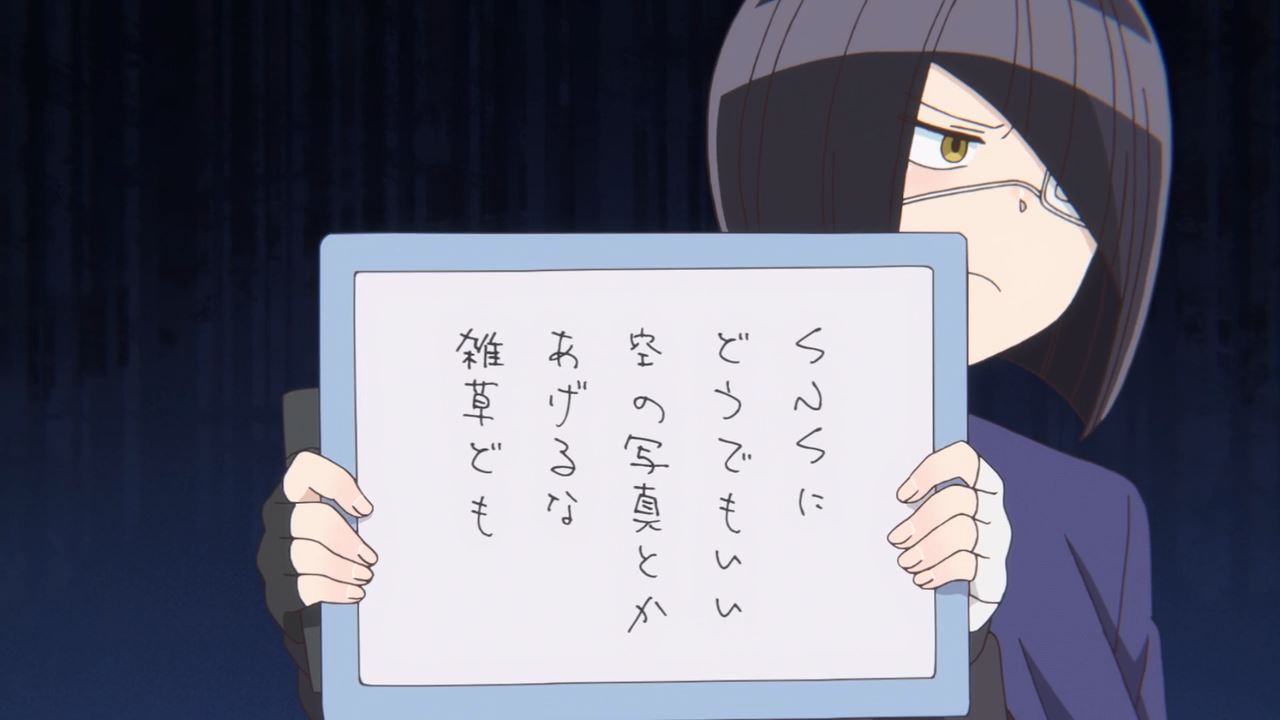 Never mind, it appears that Yamai and Nakanaka have some different answers where the former wants Komi-san to share her social media account (if Shouko has one), while the latter just made an insult where she told everyone not to post pictures of the sky to social media.

Geez you two, you got it all wrong when it comes to Komi’s mind. 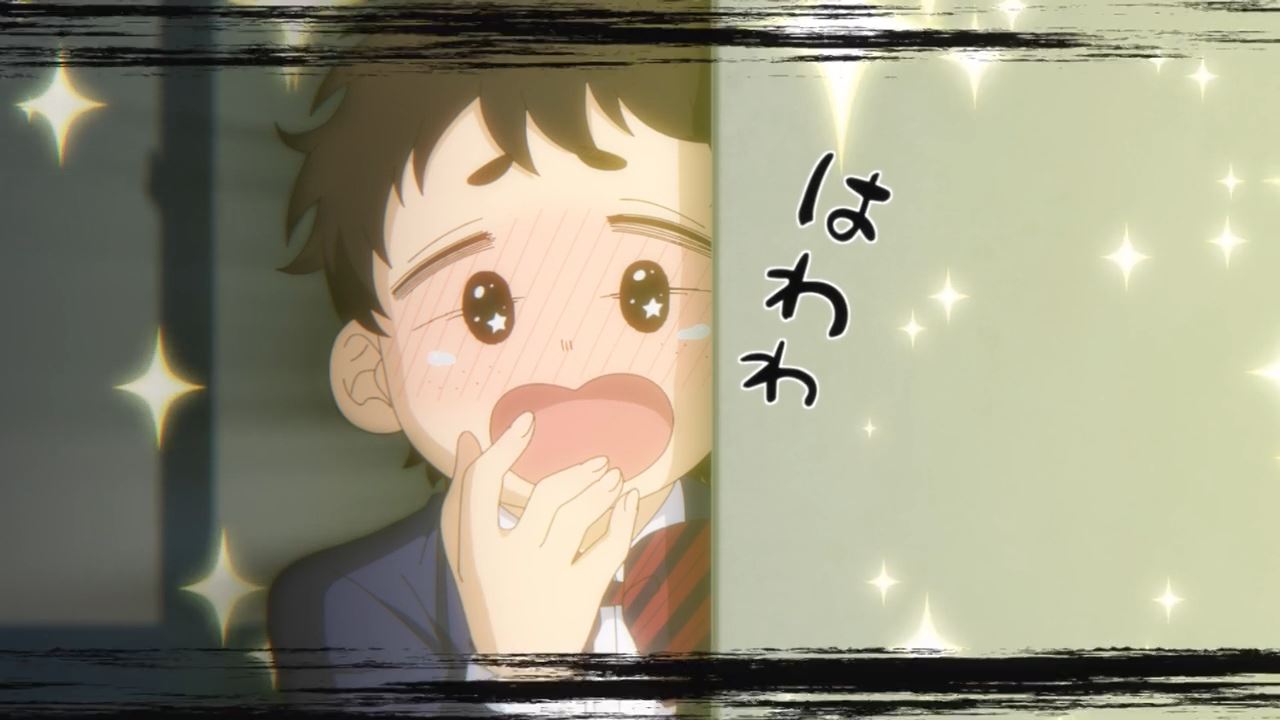 Also, here’s Nokoko Inaka where she still thinks that Shouko Komi is acting like a city girl, despite the fact that she has communication problems. Now then, what is Komi-san thinking right now? 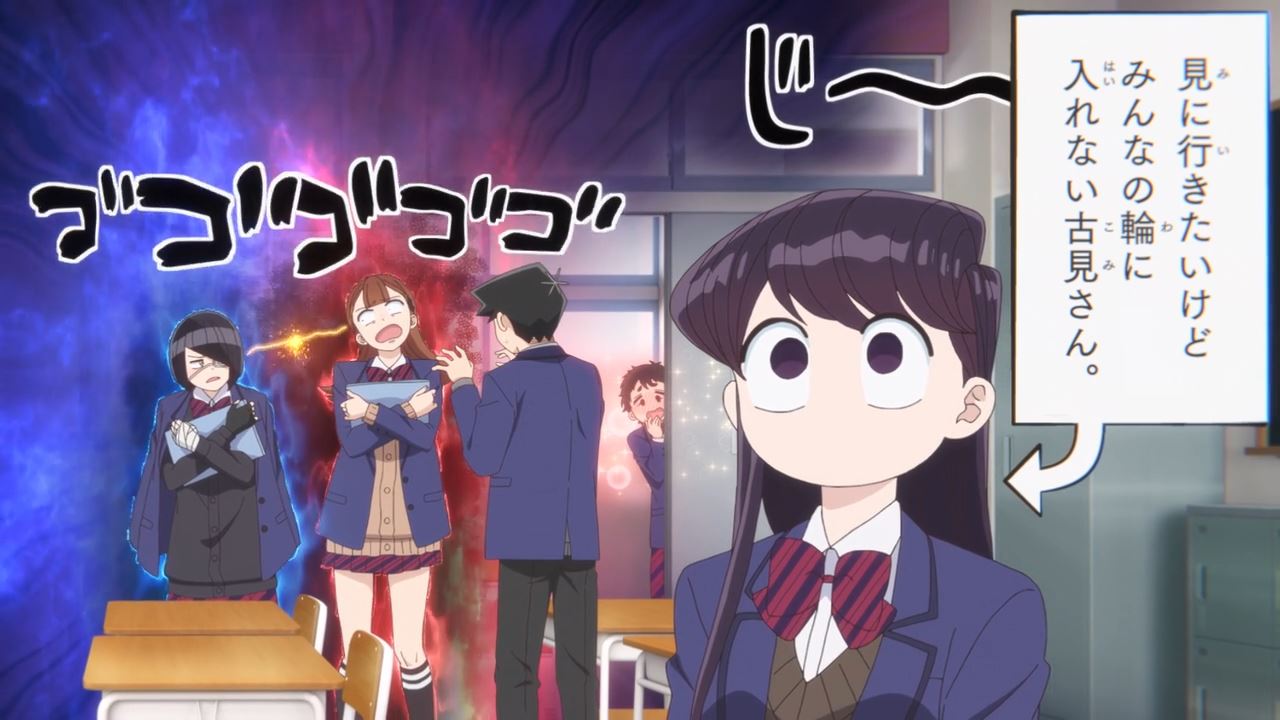 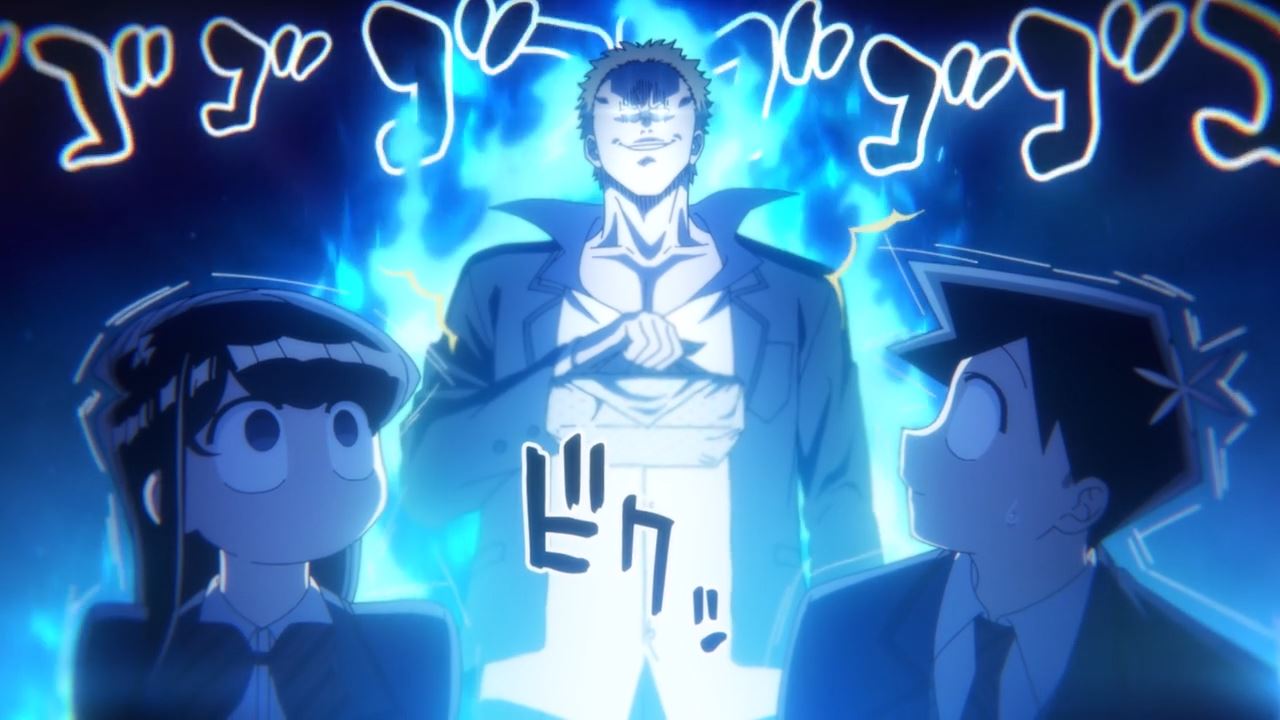 Now then, here’s Makoto Katai where he wants to have lunch with Tadano-kun, although Katai is still acting stiff as ever. 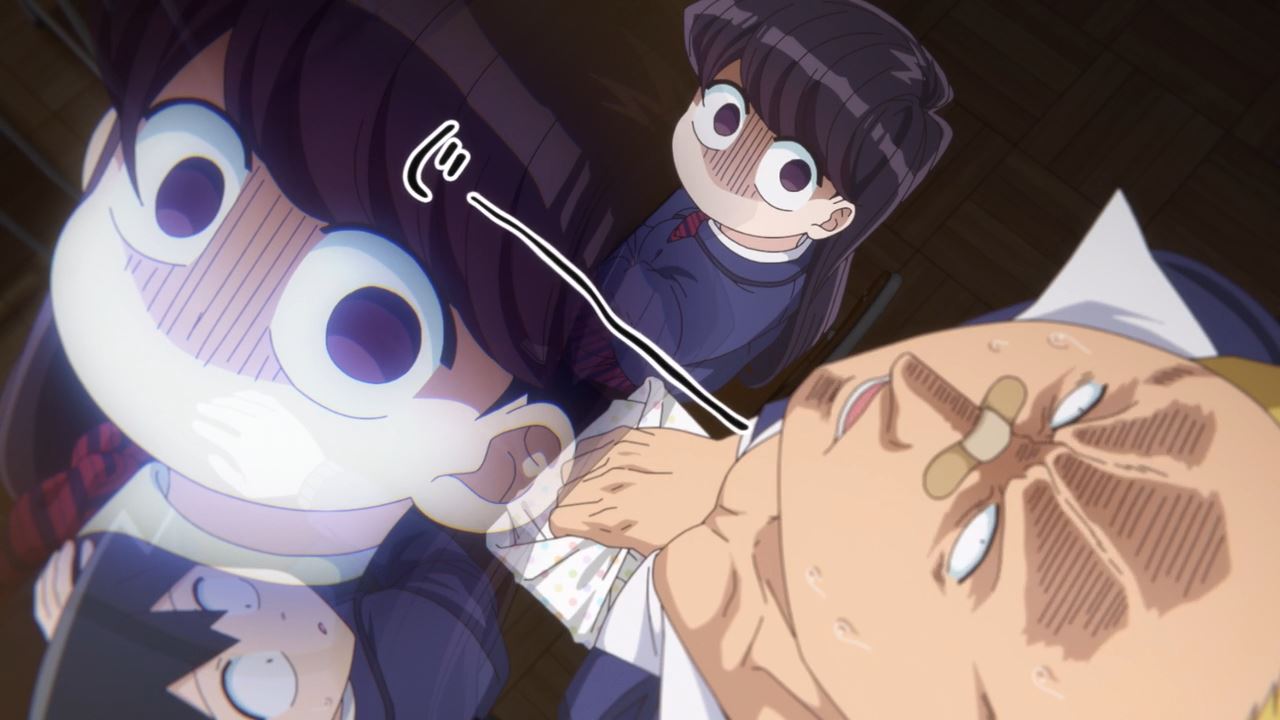 Of course, there’s Komi-san where Katai is getting goosebumps when she’s looking at him. Man, we have a legendary battle of introverts right here! 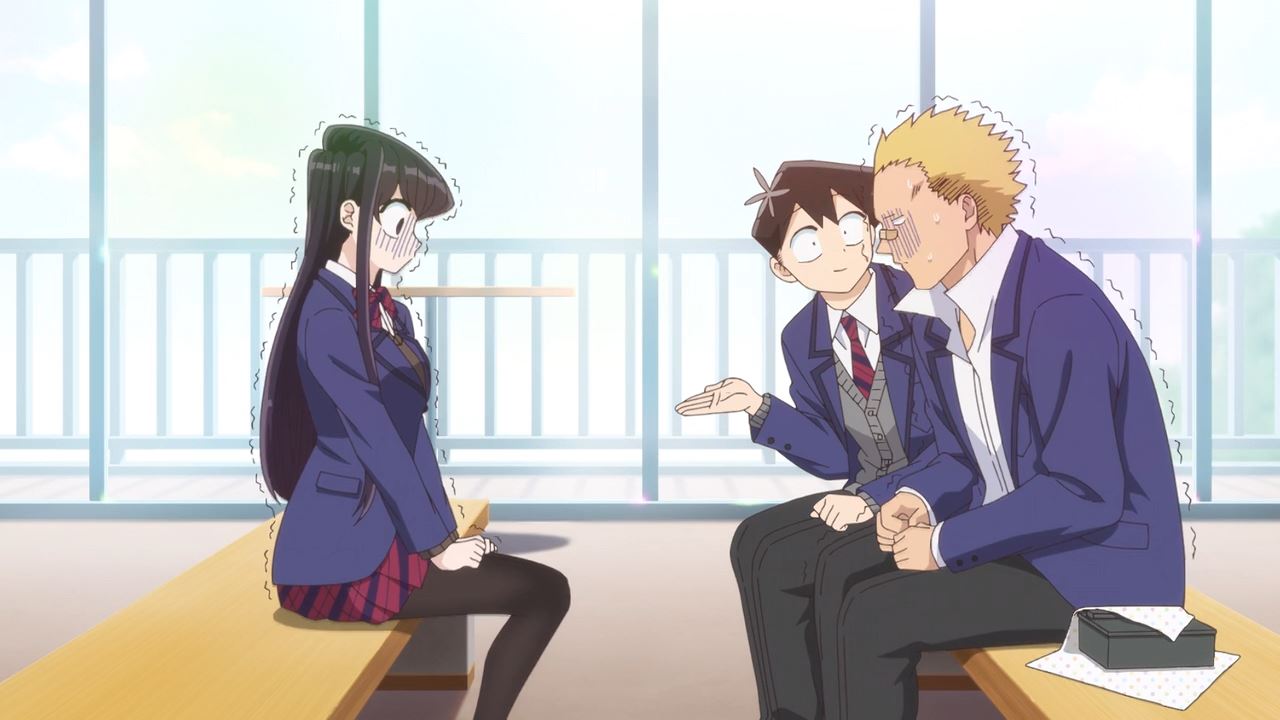 Anyways, Tadano-kun decides to invite both Komi-san and Katai to have a lunch break together. Now all he needs to do is to make them communicate with each other. 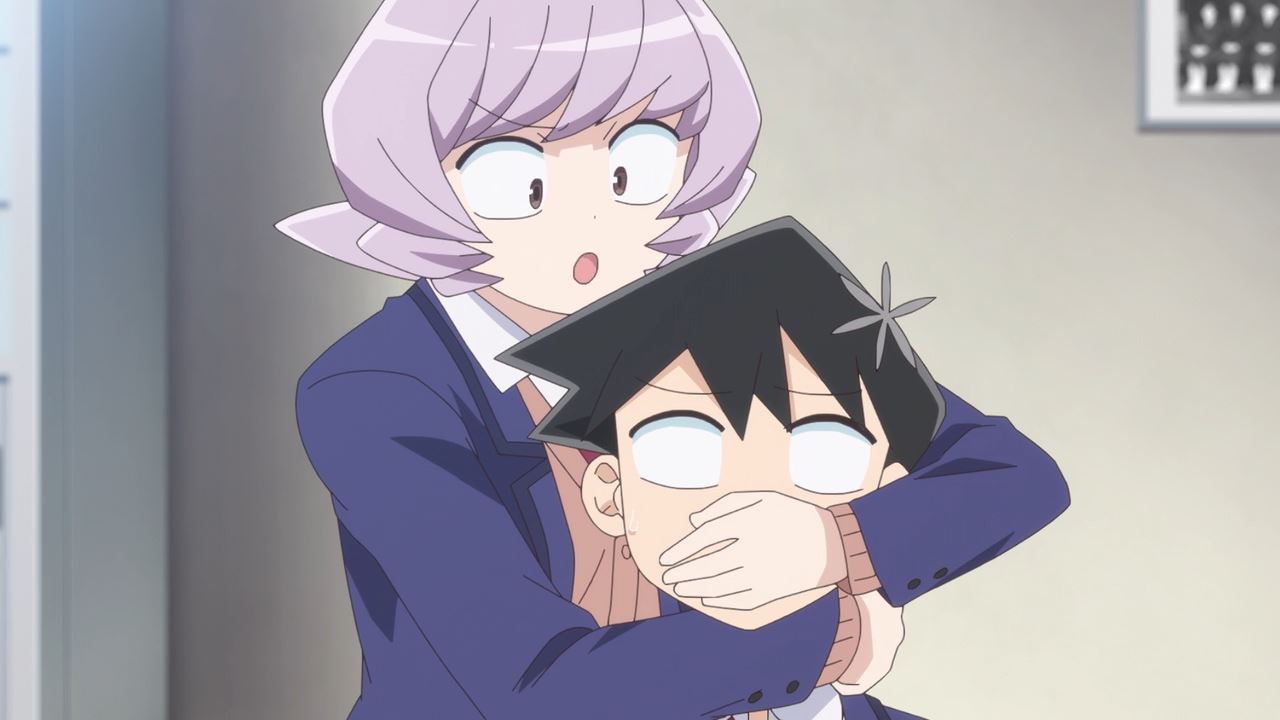 Except that he was stopped by Najimi Osana where everybody’s childhood friend wanted to see two introverts fumbling over words. Okay Najimi, you’re being nasty towards Komi-san and Katai for once.

With that said, seems that their lunch break has turned slightly awkward as neither Shouko nor Makoto couldn’t communicate. 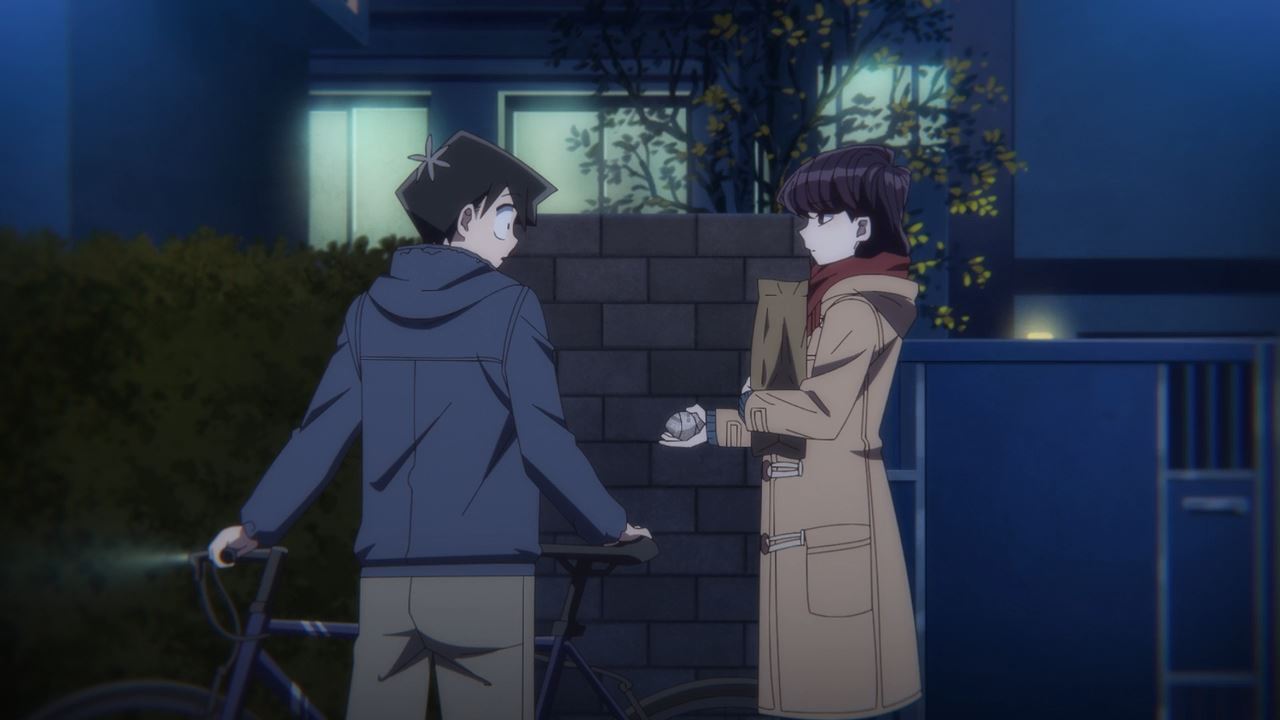 Aww, isn’t it great, but how did Komi-san get those sweet potatoes since she has trouble talking to other people? With that said, tune in next time!