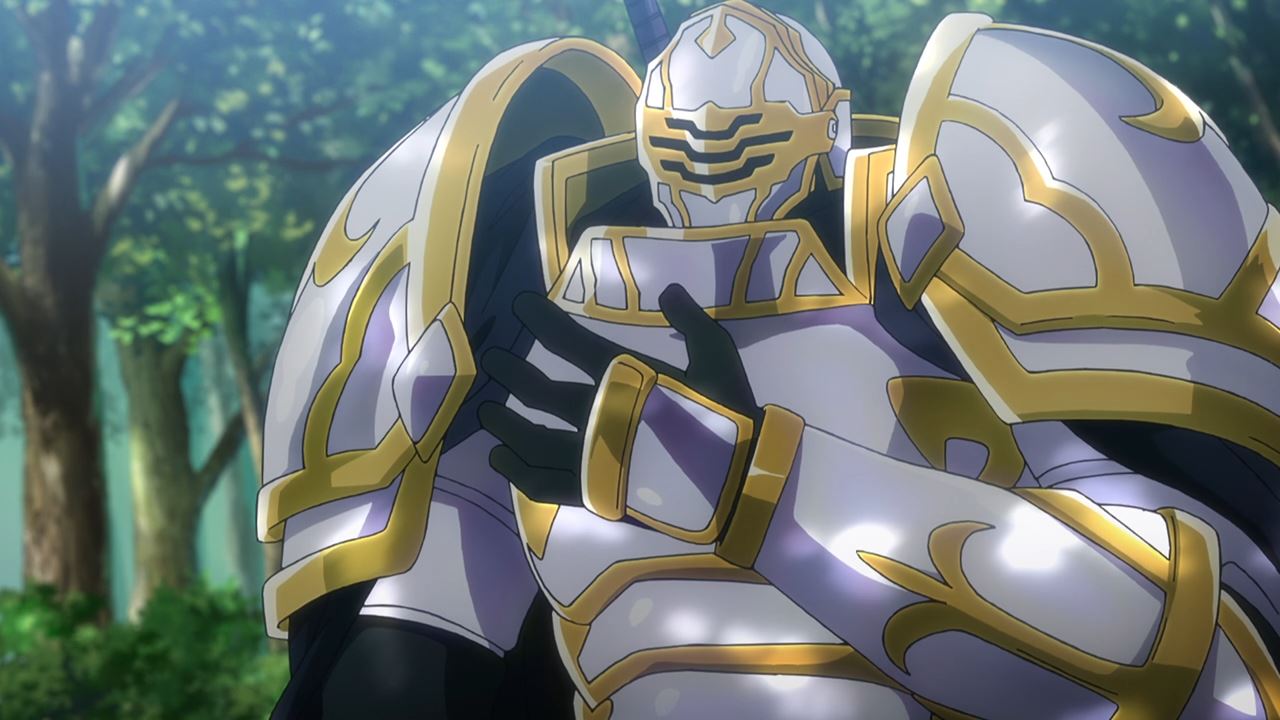 Well everyone, looks like this protagonist played too much online role playing games that he got sucked into the game itself. That’s right an isekai anime based on a light novel published under the Overlap Bunko.

Anyways, this is Arc where he’s a knight in shining armor. 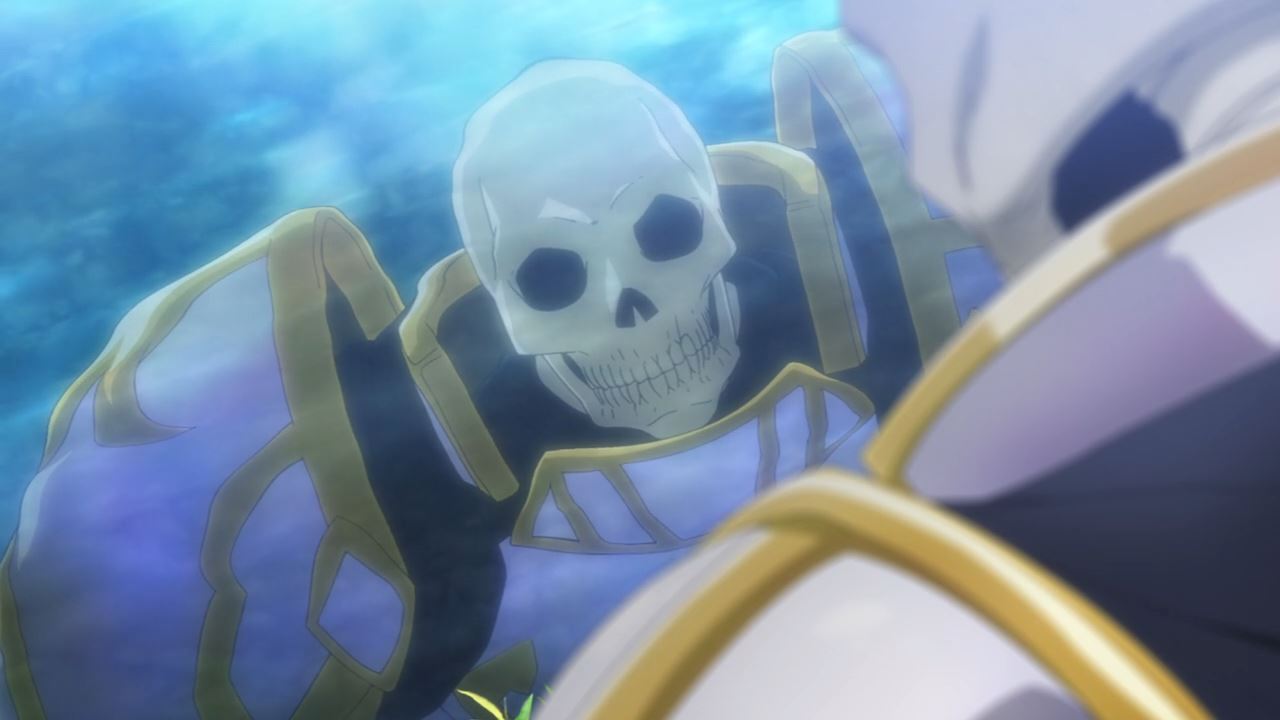 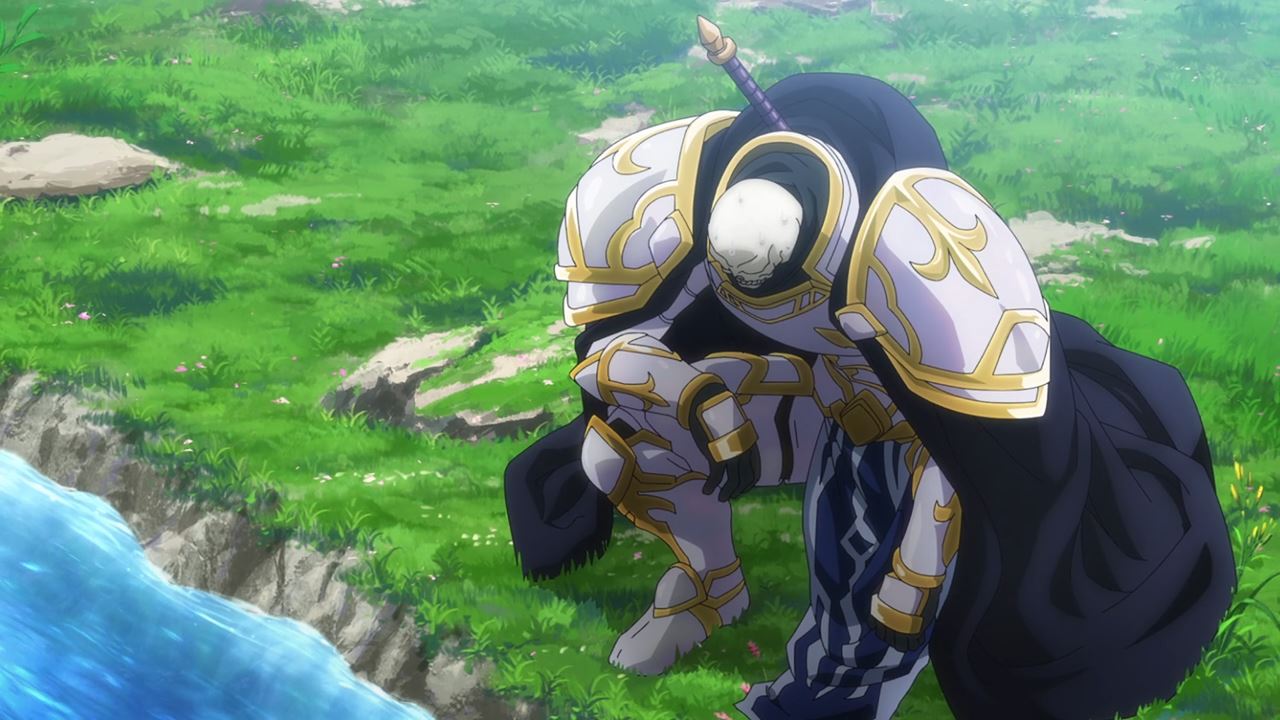 Except that Arc is actually an undead, making him as the titular skeleton knight. Oh yeah, Arc realized that he’s no longer playing a video game as he’s inside the game world.

So, what will Arc’s first task in this new world? Surely, he’ll struggle in adapting to his new surroundings, right?

Well, Arc went in for the kill towards these bandit who are trying to rape Lauren Laraiya du Luvierte and her maid Rita. Seriously, did he just cut those assholes with only a swing of his large sword?

Anyways, Arc saved someone from a bunch of goons, although he can’t show his face simply because both Lauren and Rita might terrify him. I mean, he’s a skeleton knight after all. 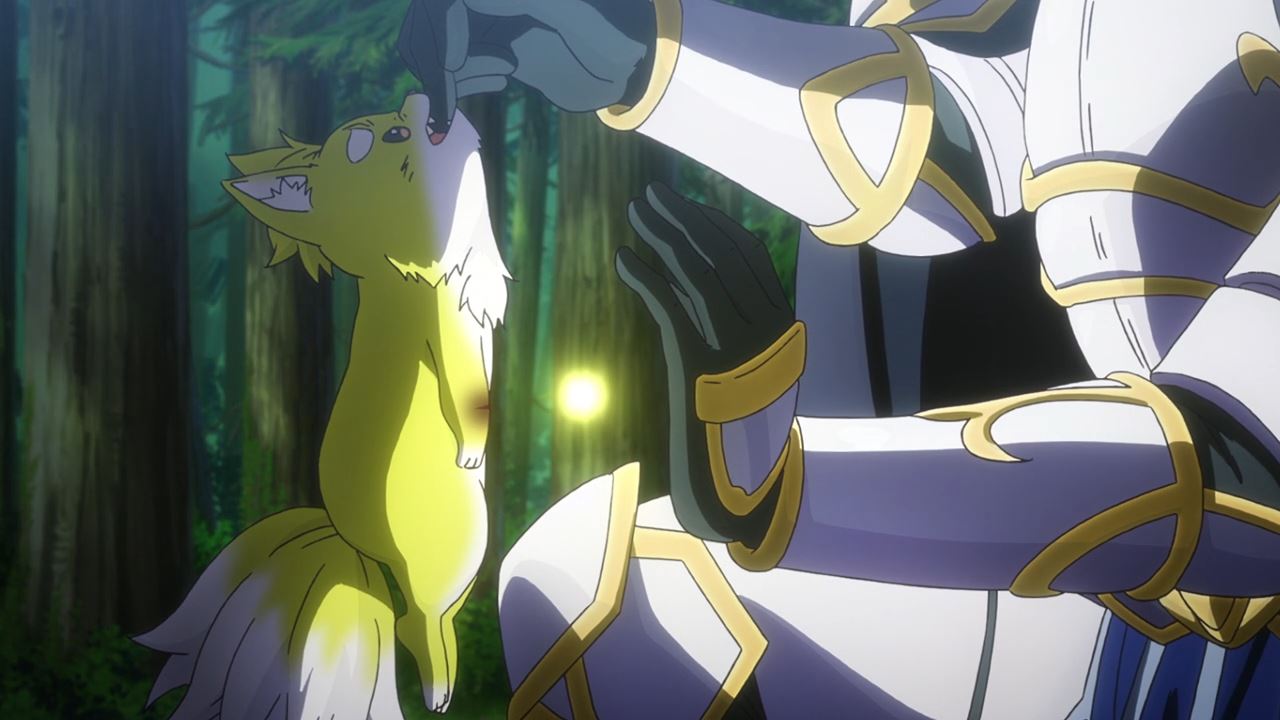 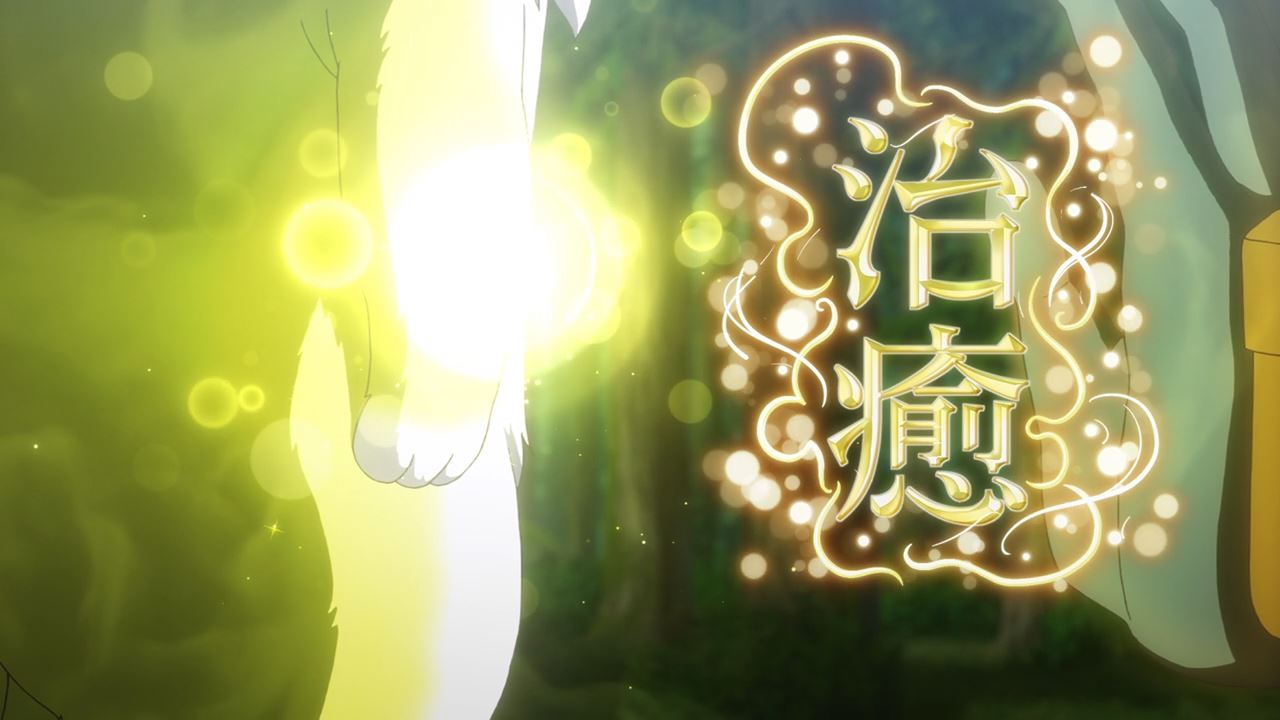 But that’s not all as he rescued a ventu vulpis named Ponta using his healing skills. So it appears that Arc is not only a skilled swordsman, but also a skilled healer.

By the way, seems that the spell name shows up every time Arc casts magic or even performing a sword skill. 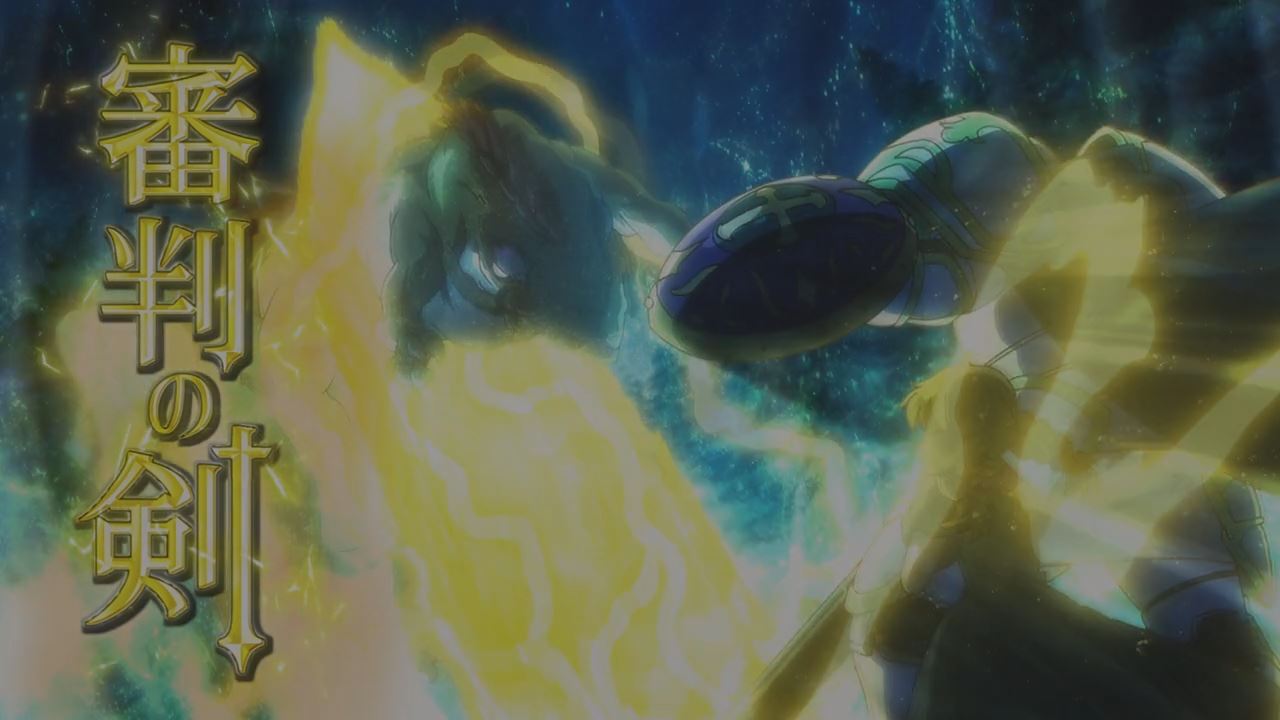 Speaking of sword skills, it appears that he killed a basilisk using a powerful skill called Judgement, all while protecting a young girl who is trying to gather herbs. 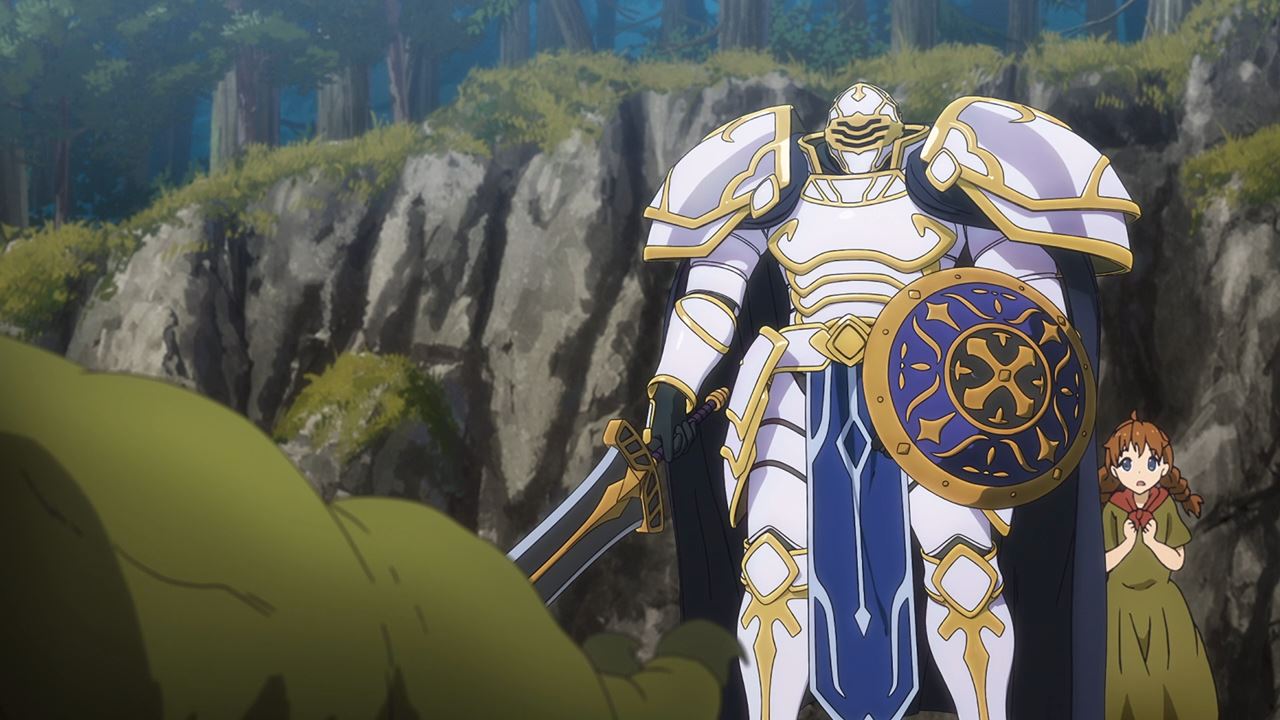 Well then, I have to say that Arc is one powerful skeleton knight. However, he doesn’t want any attention even though Arc did many things.

Oh, and as for killing the basilisk? He told the little girl to keep it a secret to everybody. Of course, that was just the beginning of his journey… 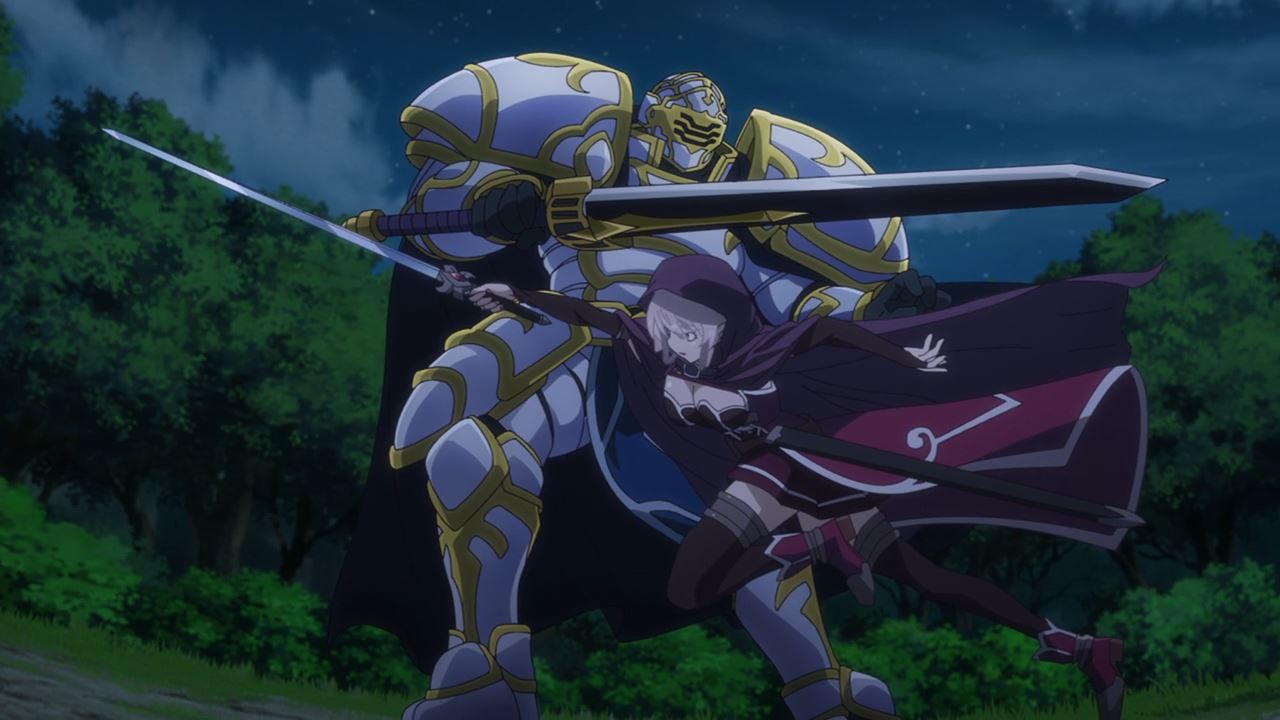 …especially when Arc encountered an elf warrior named Ariane where she’s currently rescuing her fellow kin from bandits who are trying to sell elves as slaves.

Now, Ariane would have killed Arc on the spot had she didn’t encounter his pet vulpis Ponta. And seriously, glad that Arc saved Ponta ’cause it’s proof that the knight is not some bad guy. 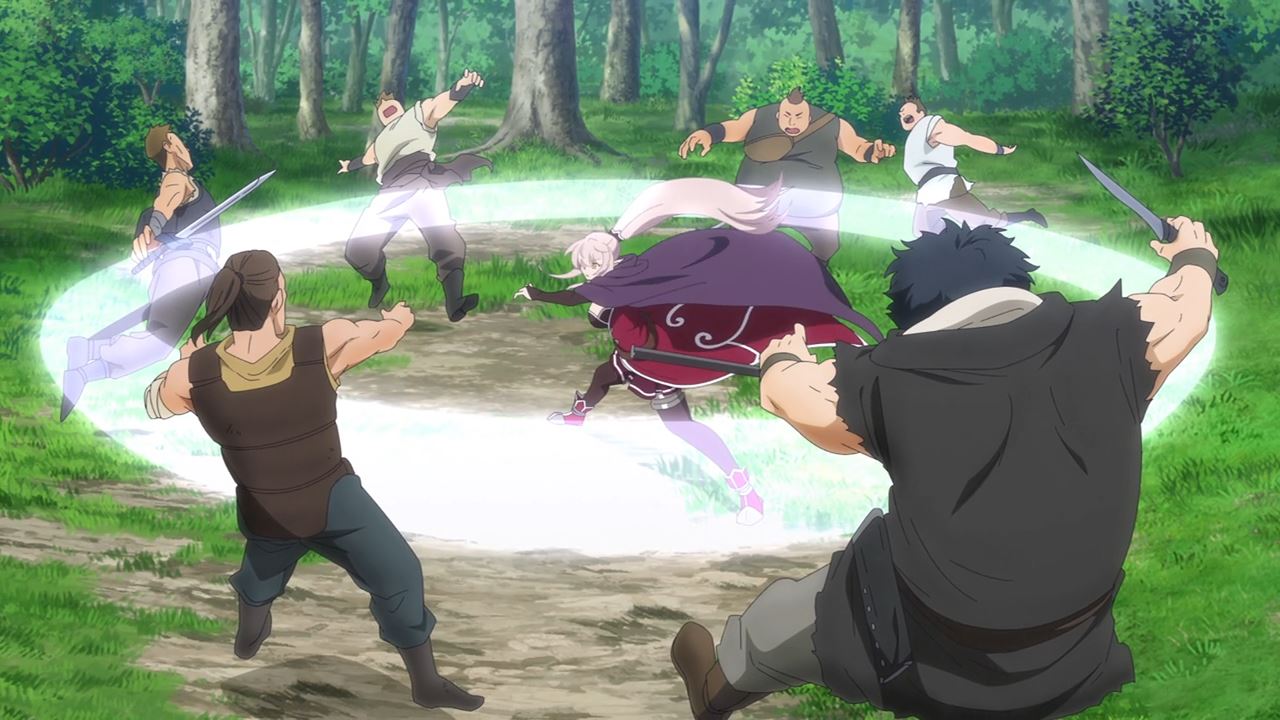 But let’s move onto Ariane where she encountered a group of bandits who are trying to enslave the elves and proceed to deliver some ass-kicking justice. 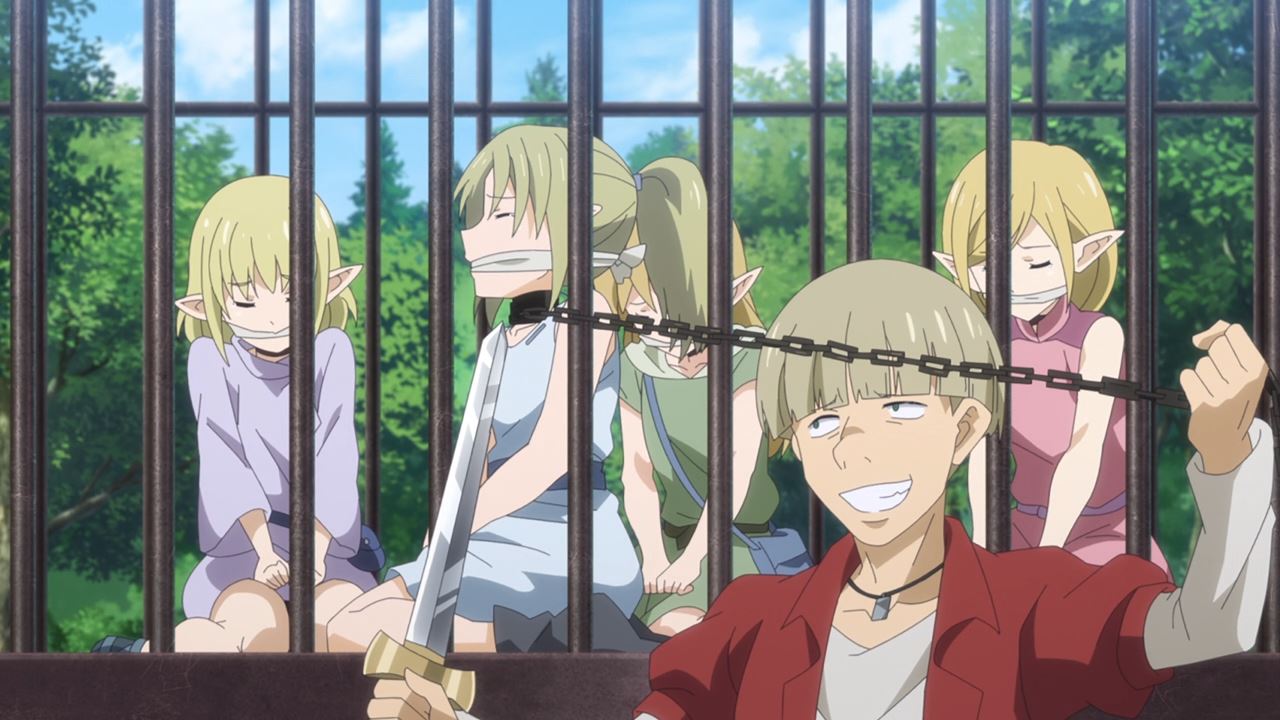 Unfortunately, Ariana’s rampage has stopped when the ringleader Udolan stepped in and tries to murder one of the elves. What a dastardly move there! 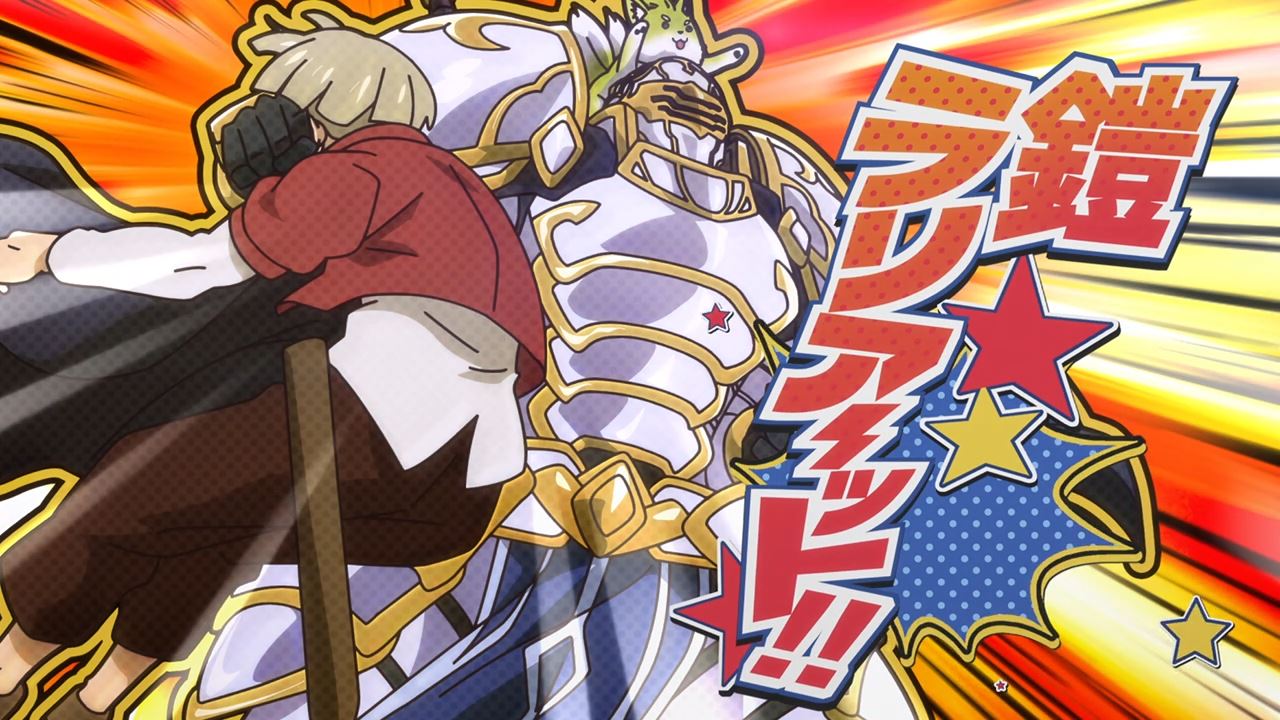 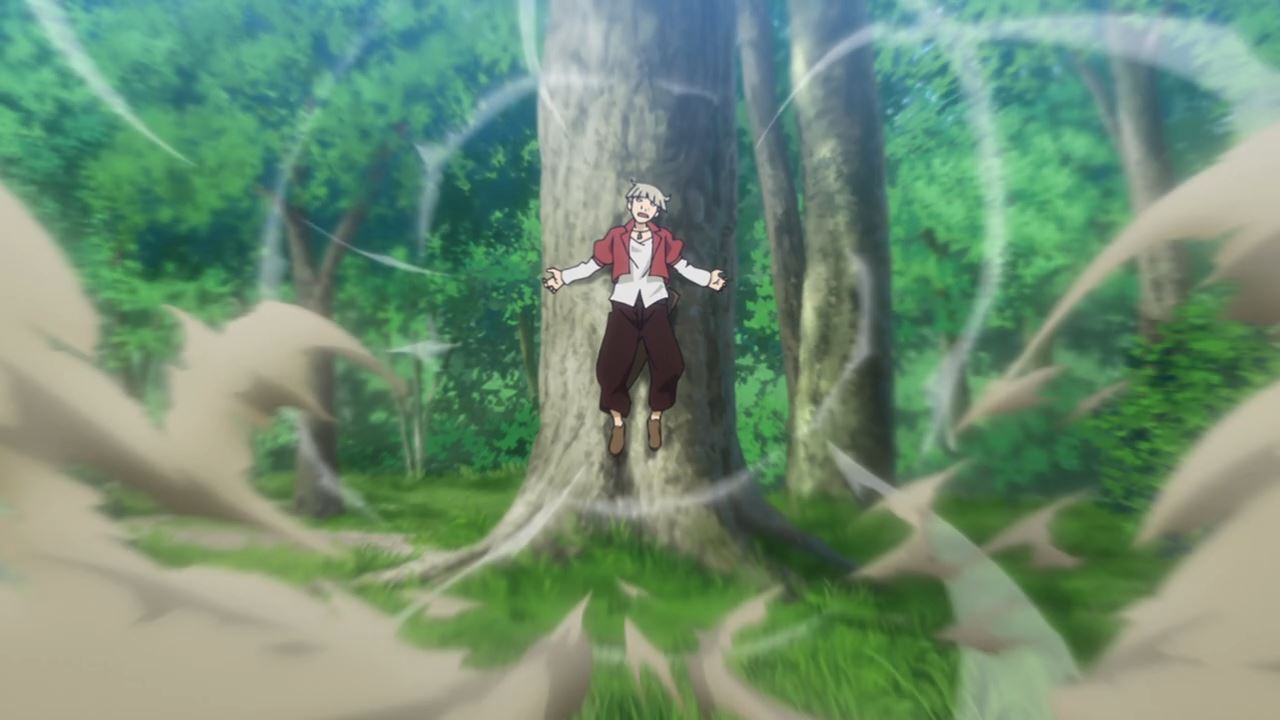 But not for long as Udolan got a nasty clothesline from Arc (named Armor Lariat) which sends to ringleader towards this giant tree. Looks like those goons are no match for the skeleton knight. 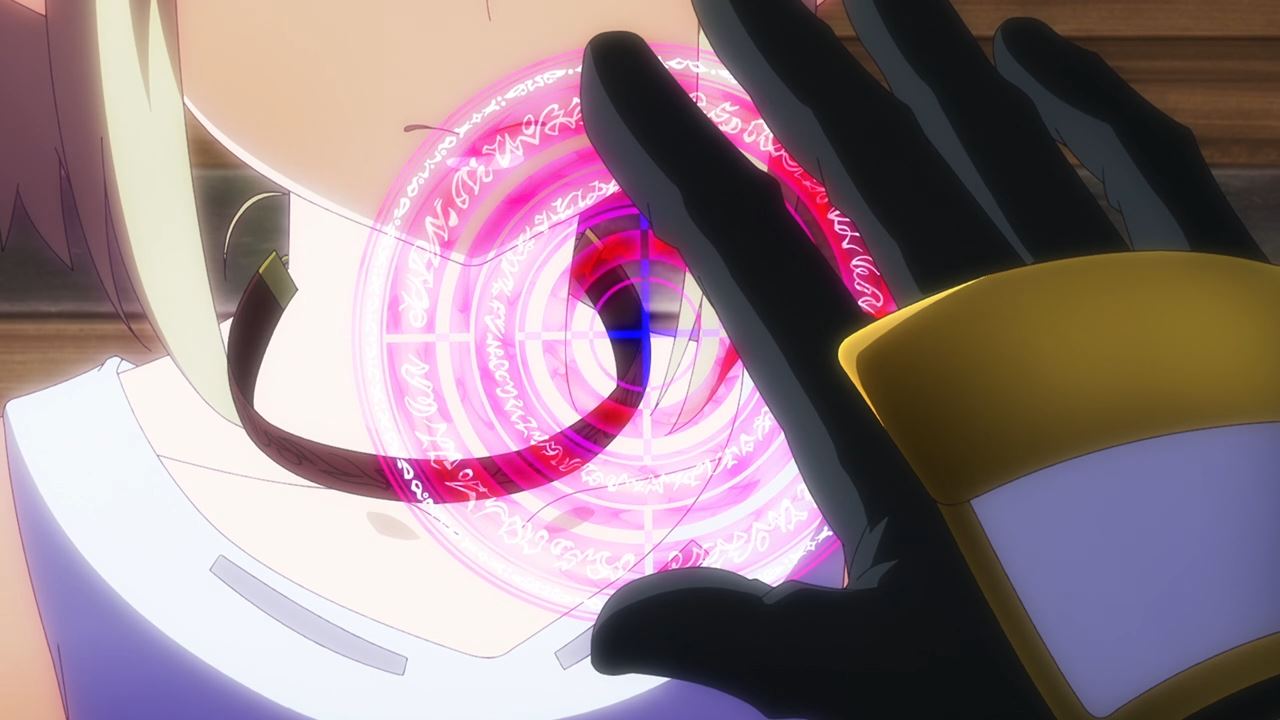 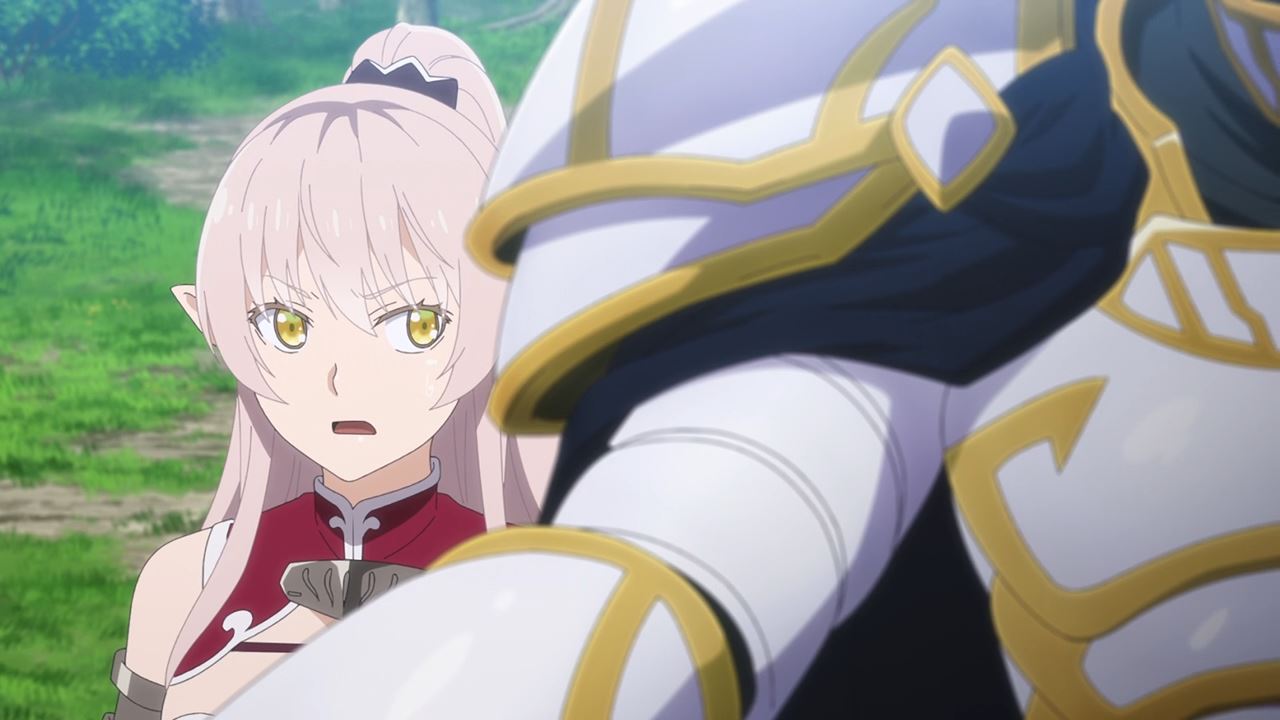 And speaking of Arc, he can also disable curses as well. Even Ariane is surprised that Arc is a capable warrior. Looks like this elf wants to recruit Arc in hopes of saving her fellow elves from enslavement. 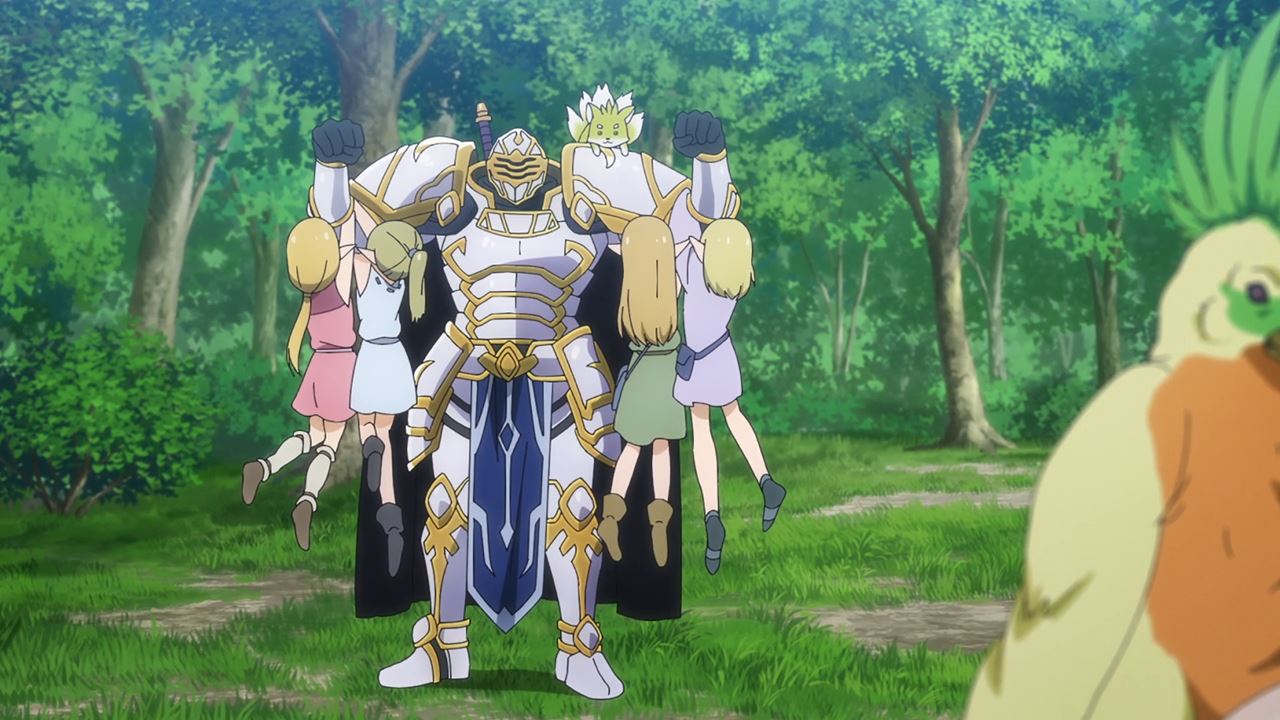 But that’s about it for the first 3 episode of Gaikotsu Kishi-sama. Honestly, I’m surprised that the main character who just transported in another world wants to keep it low profile due to his appearance underneath his armor.

Yet despite trying to stay away from trouble, I couldn’t deny that Arc’s actions made a profound effect where he saved tons of innocent lives.

Anyways, I’m looking forward on the next episode as Arc will help Ariane in saving more elves.