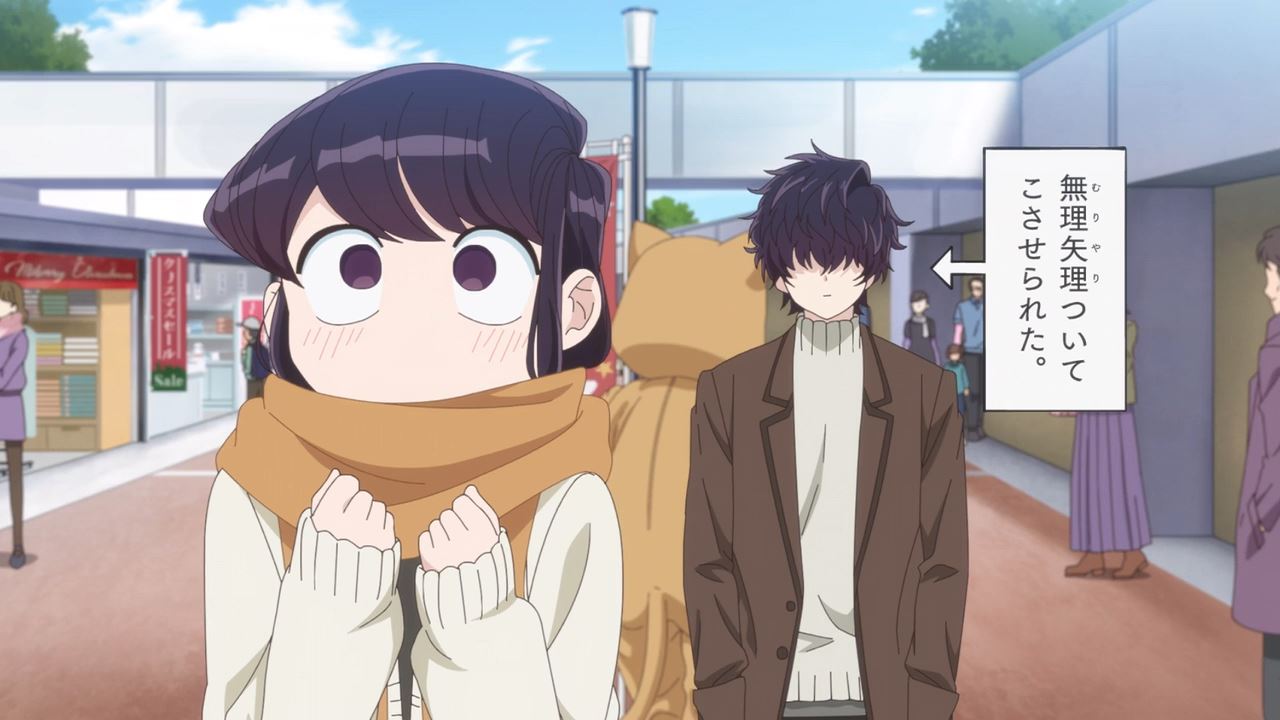 Let’s begin with Shouko Komi where she went to a mall together with her brother Shousuke, despite the fact that he doesn’t want to go there in the first place. So, why is she’s at the mall? 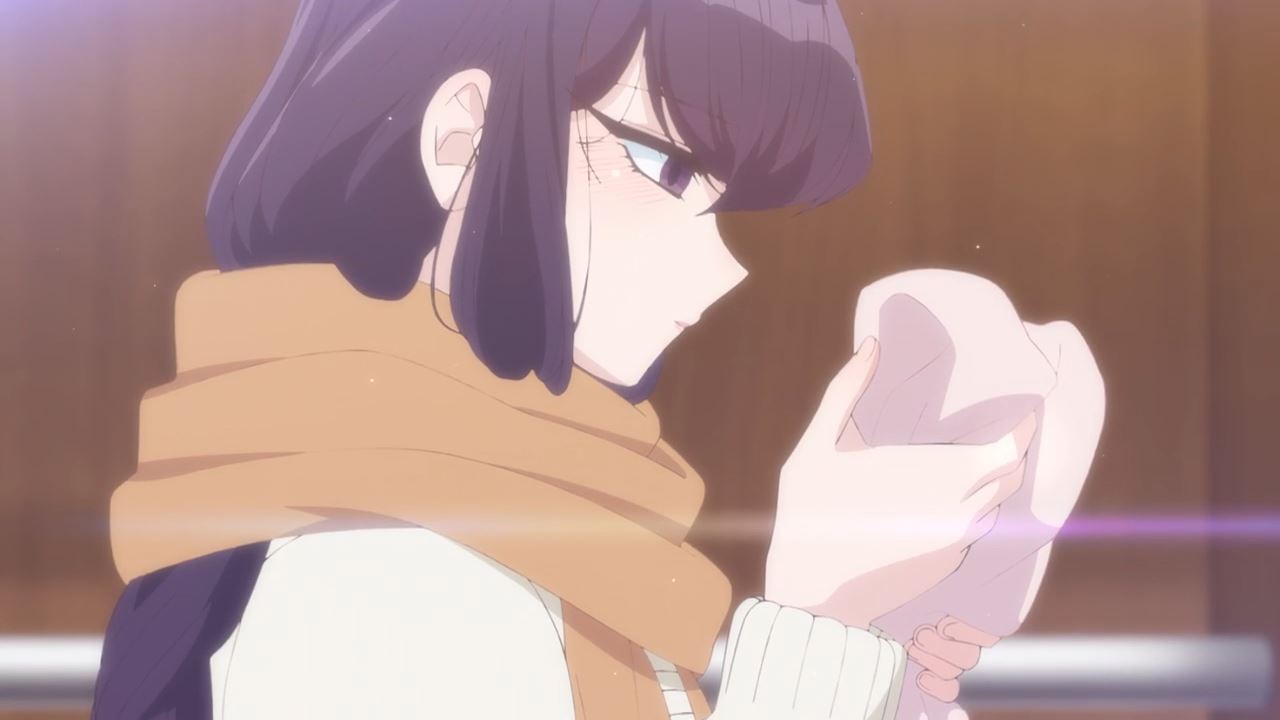 Well, Shouko Komi will be buying a Christmas present, although I’m not sure who will receive a gift from Komi-san. 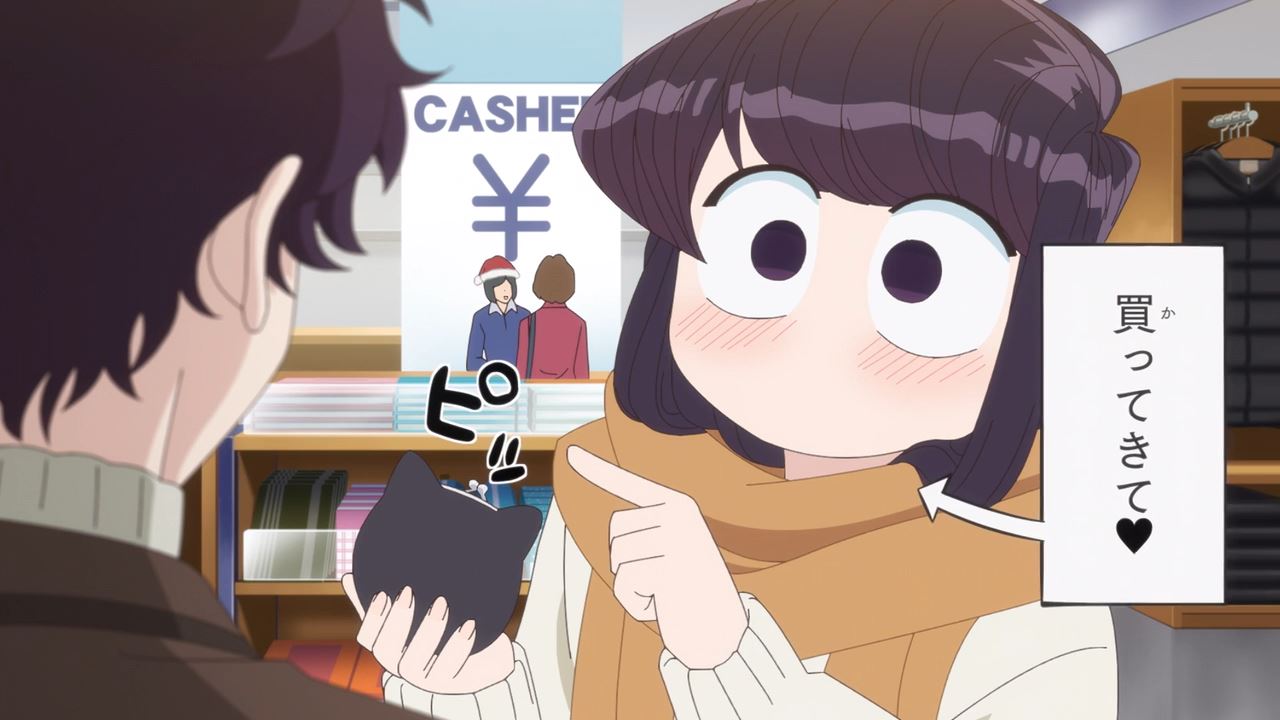 Speaking of Shouko Komi, looks like she left her wallet at home so she asked Shousuke to pay it. Um Shouko, are you sure about that? 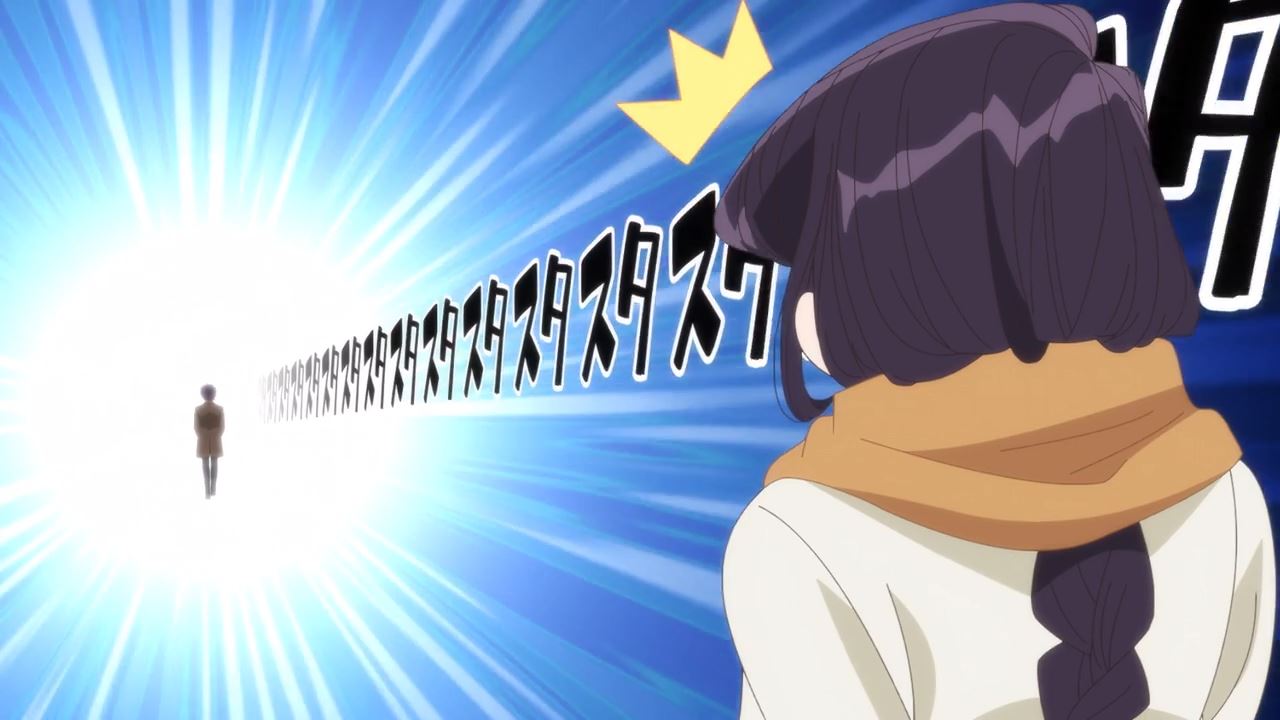 Oh, and here’s Shousuke where he runs away simply because he can’t stand his sister.

Fortunately, Shousuke Komi caved in and paid Shouko’s purchase. Now the only thing I’m really curious on which person she’ll give her scarf. 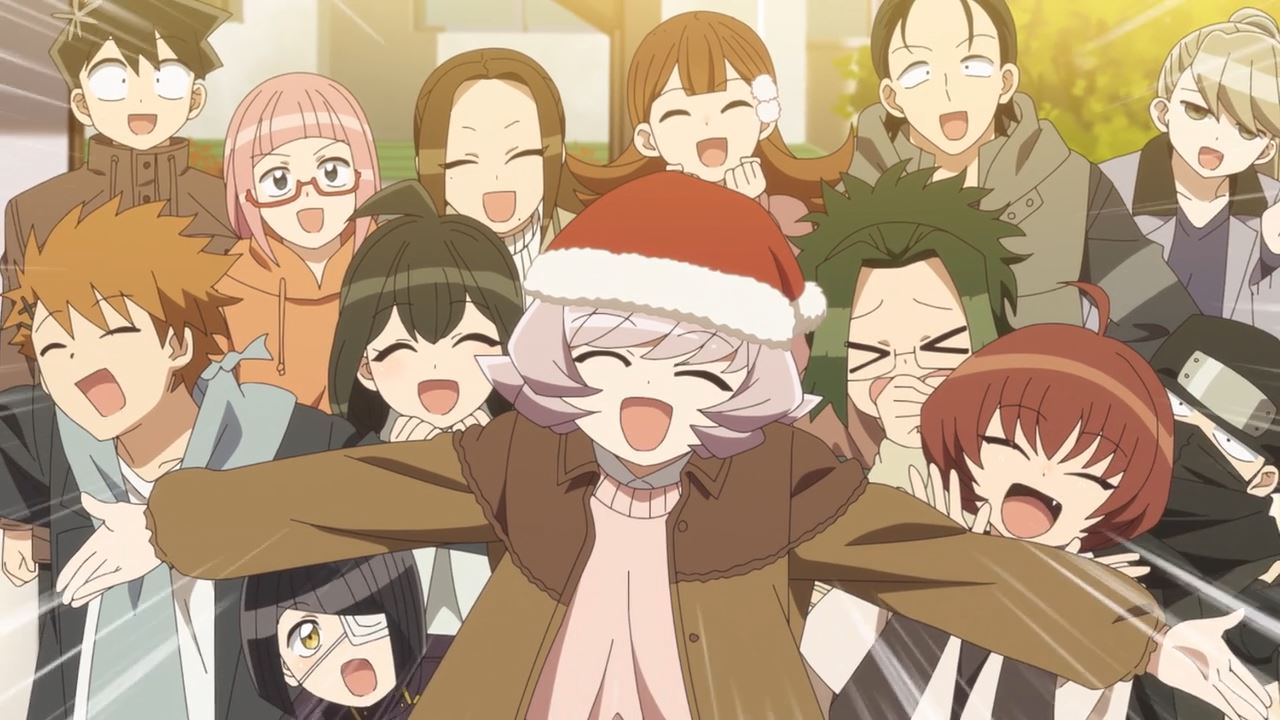 Now then, looks like Shouko’s classmates are here to celebrate Chirstmas… and also her birthday ’cause why not! 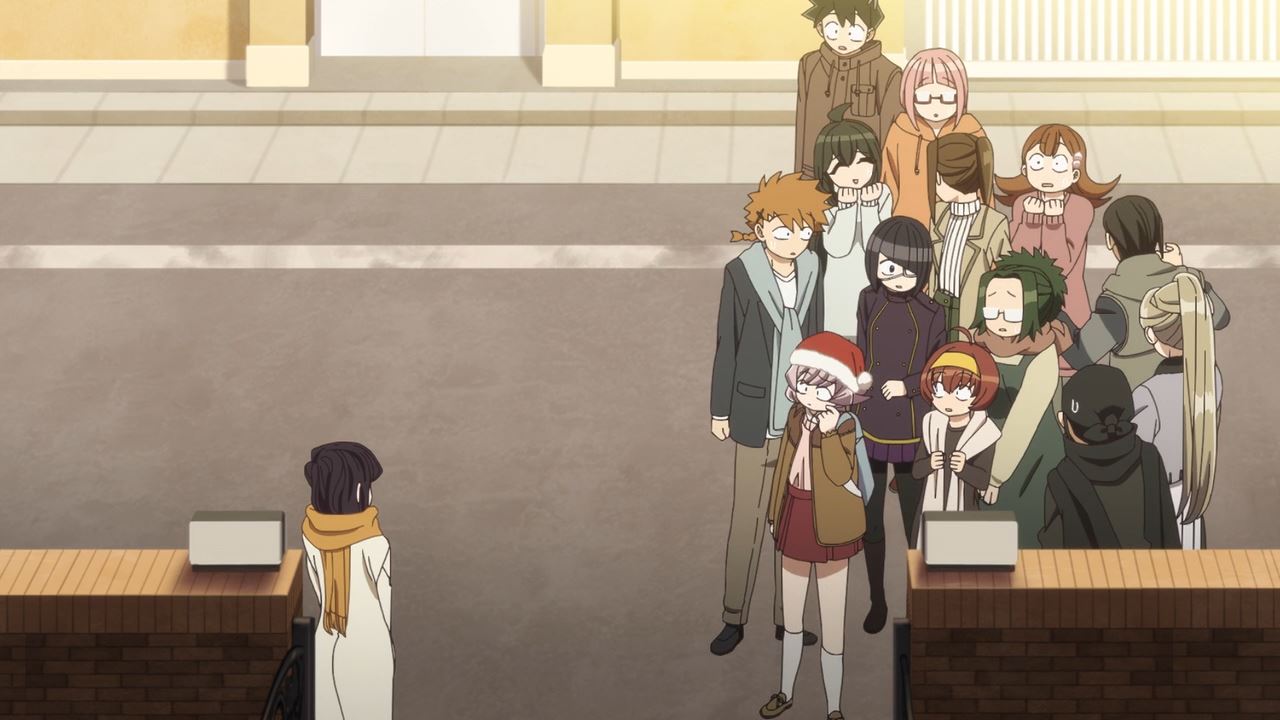 But you know what, it doesn’t matter anyway ’cause what’s important is that everyone is here to celebrate Komi-san’s birthday! 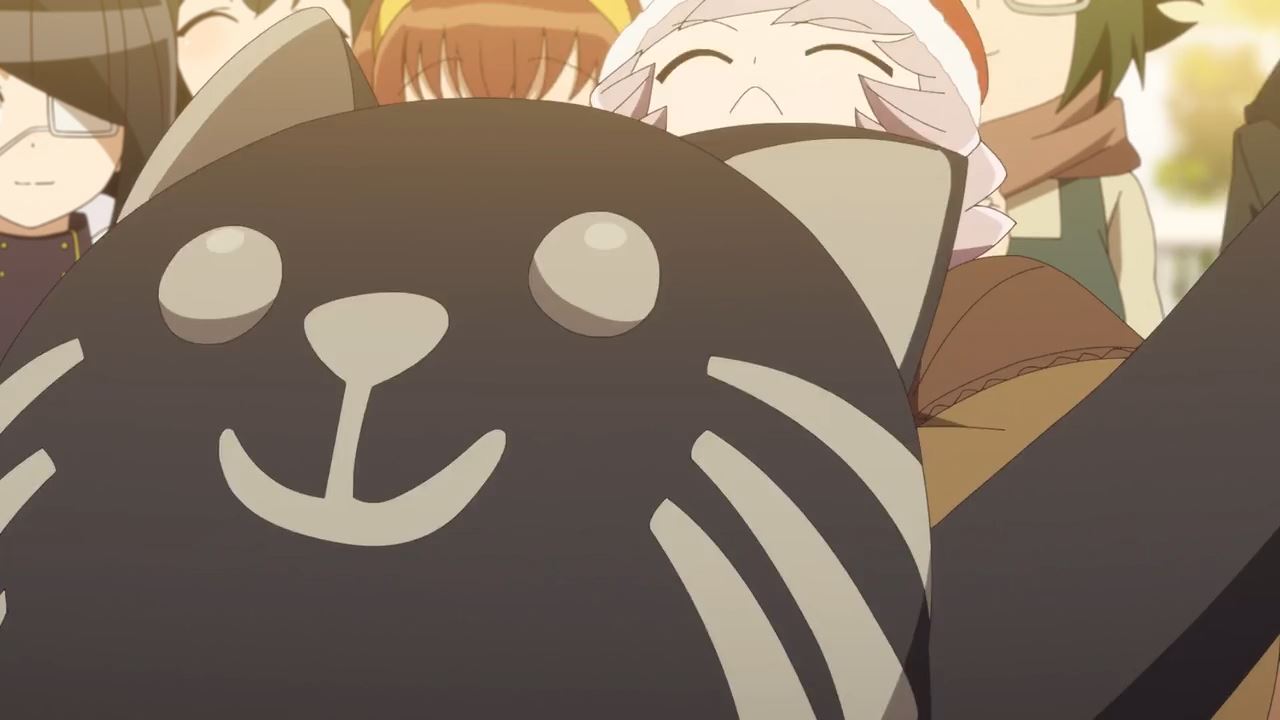 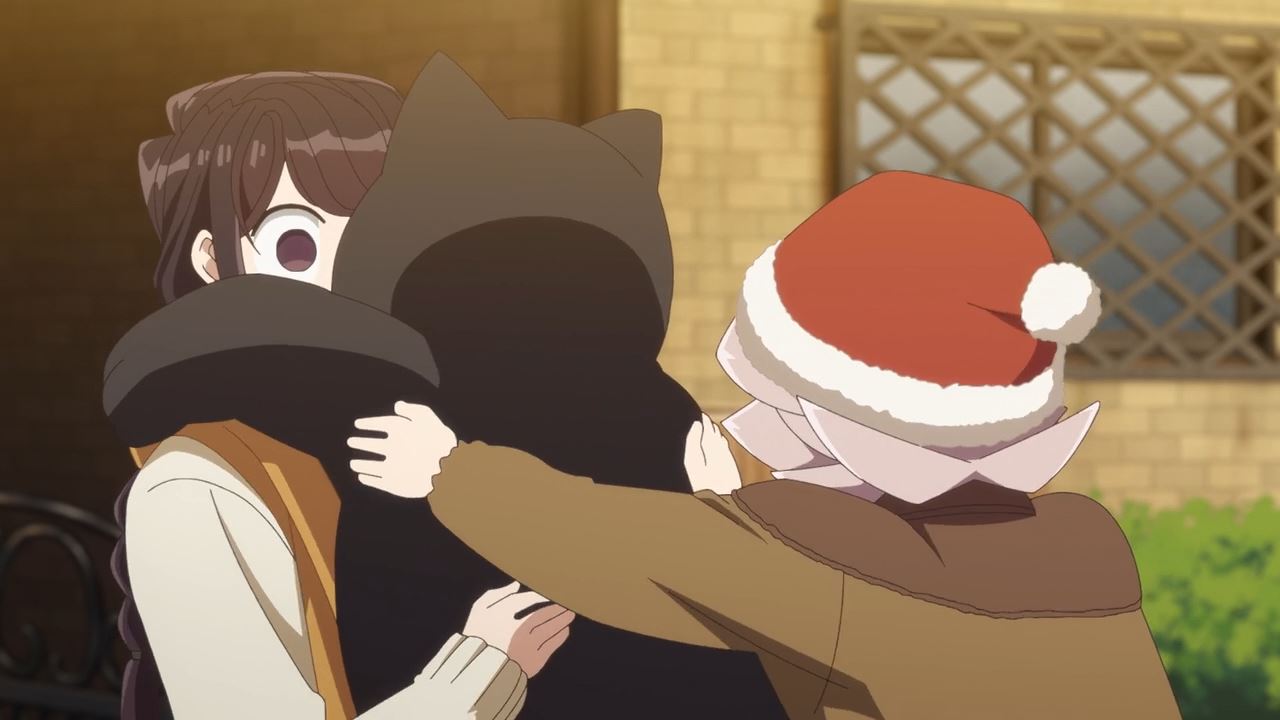 And now, it’s time to give her a present which is actually a large and expensive stuffed toy cat. Oh by the way, you want to know who suggested Shouko’s gift? 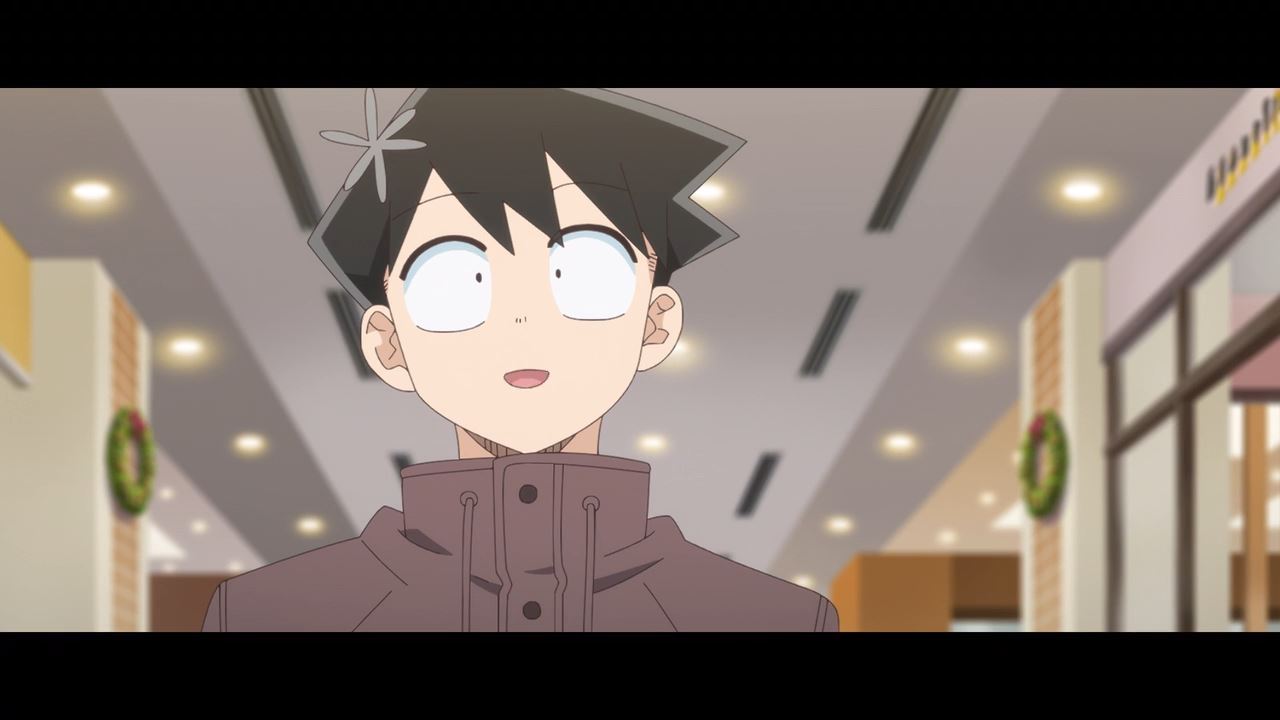 Why it’s none other than Hitohito Tadano where he suggested that they should share the funds to buy this large stuffed toy for Komi-san. How thoughtful he is! 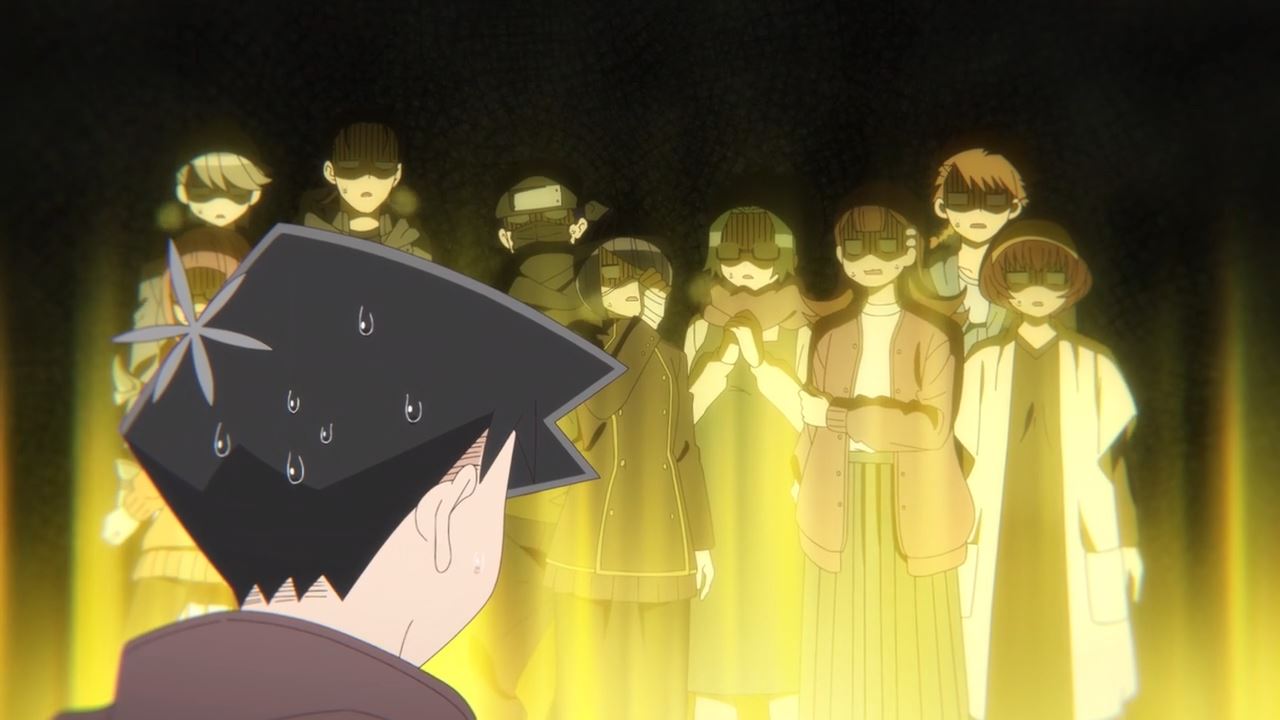 Of course, everyone is scrambling to have a seat beside Komi-san. I mean, look at Ren Yamai and the rest? They’re freakin’ desperate! 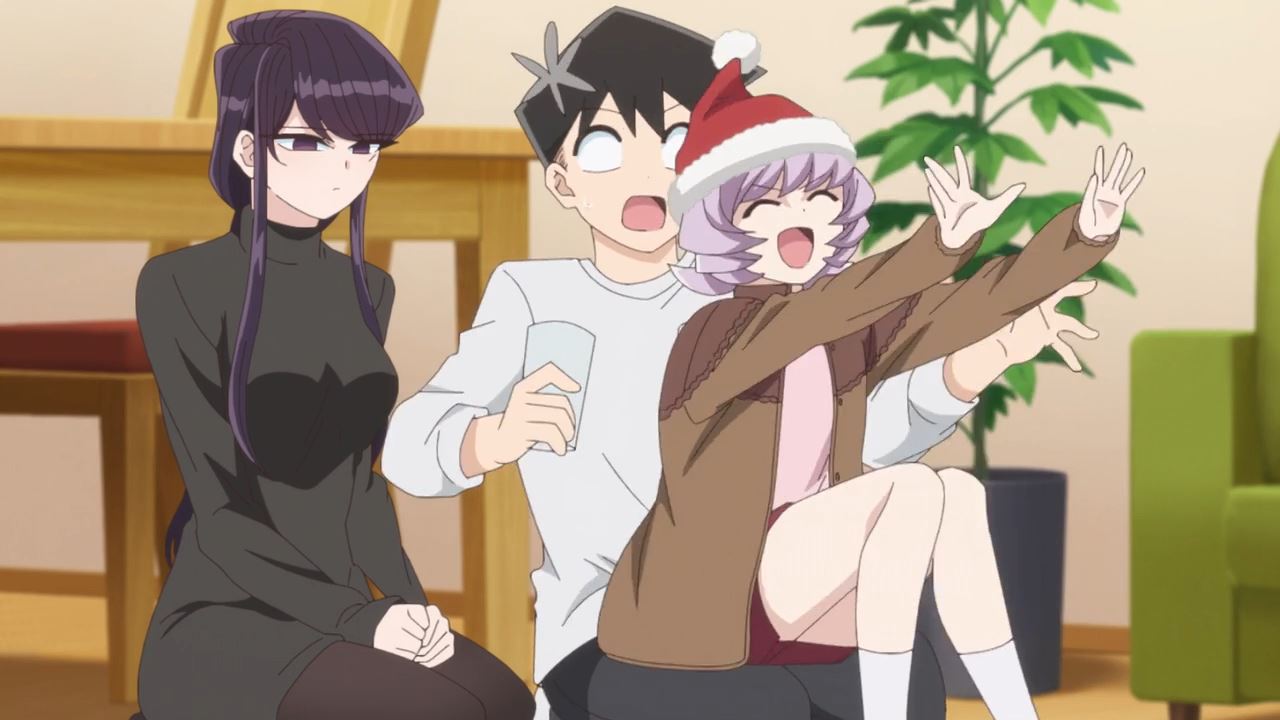 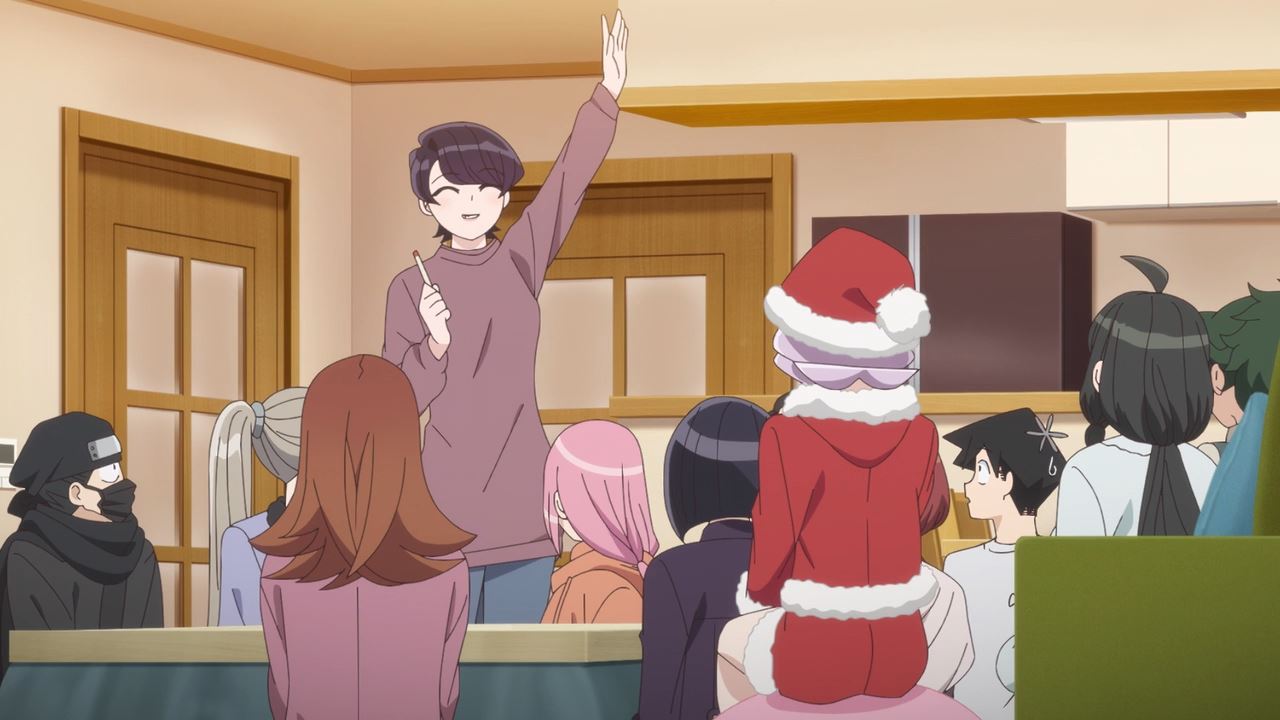 By the way, Shouko’s mother Shuuko is here to play along as she becomes the king. Oh boy, I wonder what kind of order will she make? 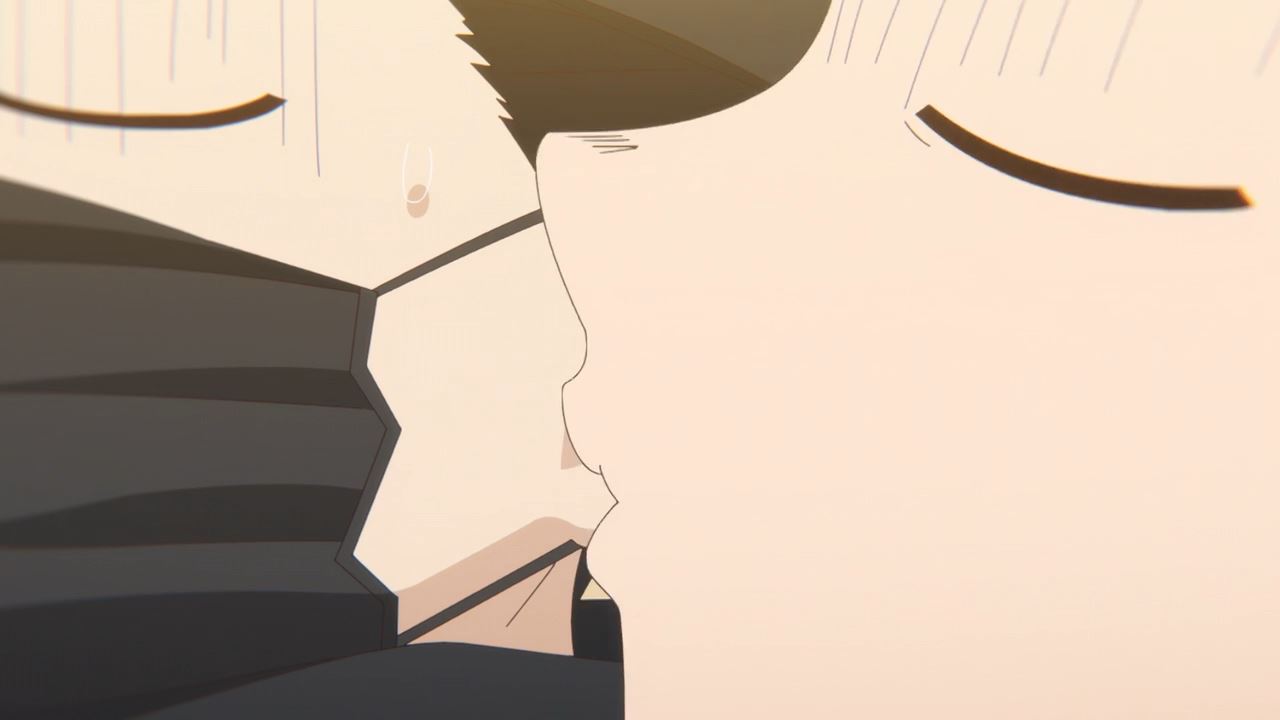 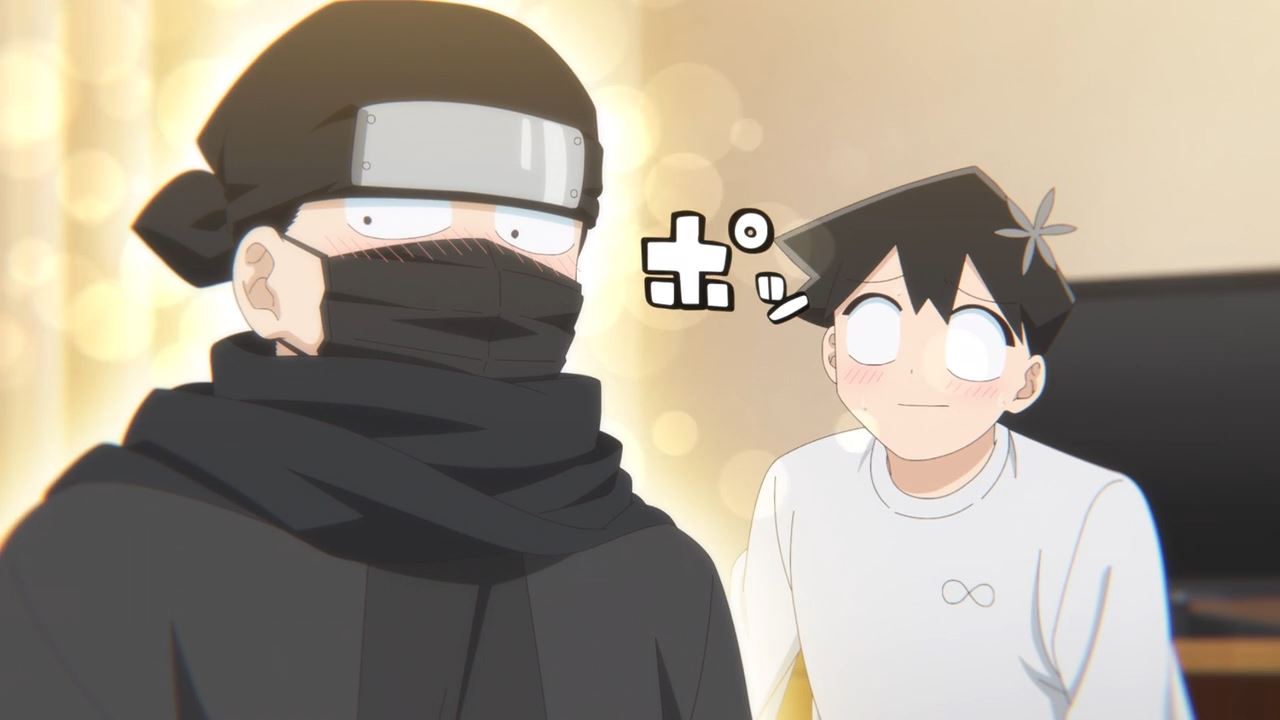 Oh, she’s ordering Tadano-kun to kiss Mono Shinobino in the cheek. But seriously, I wish Hitohito would wear a maid uniform to make it less awkward. 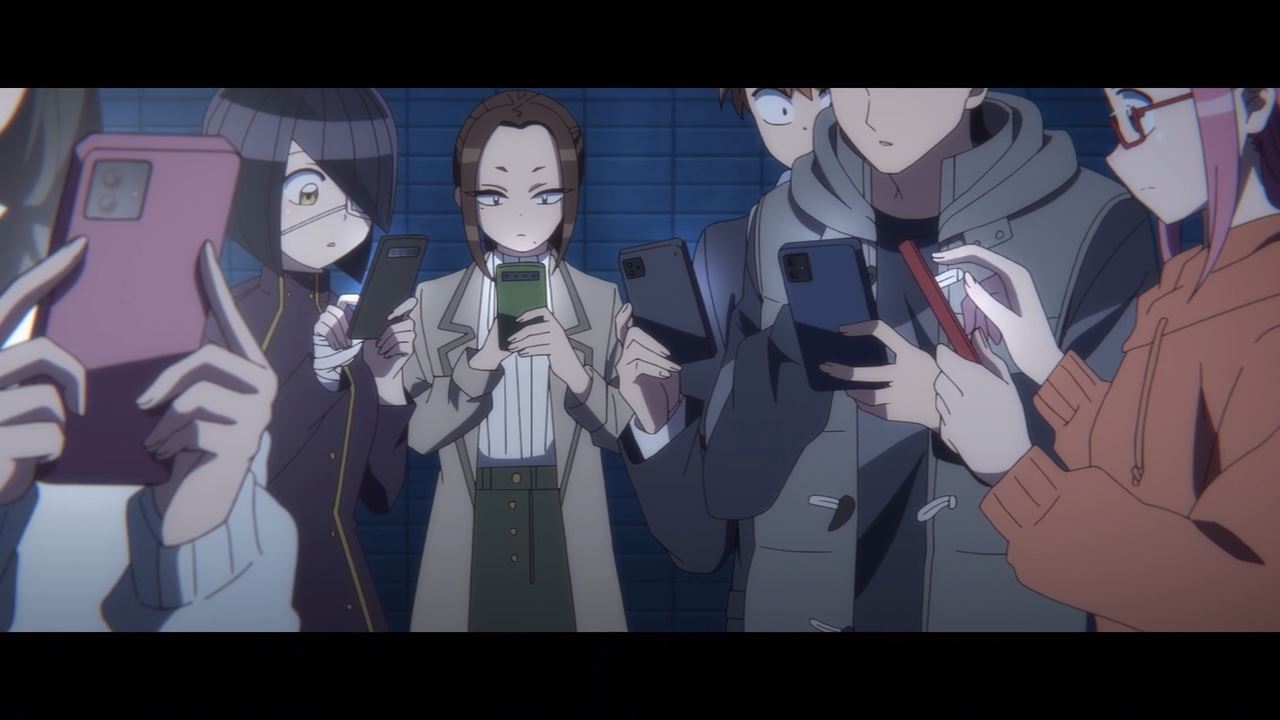 One last thing, it appears that they received a mysterious message. Oh boy, I wonder who could that be? 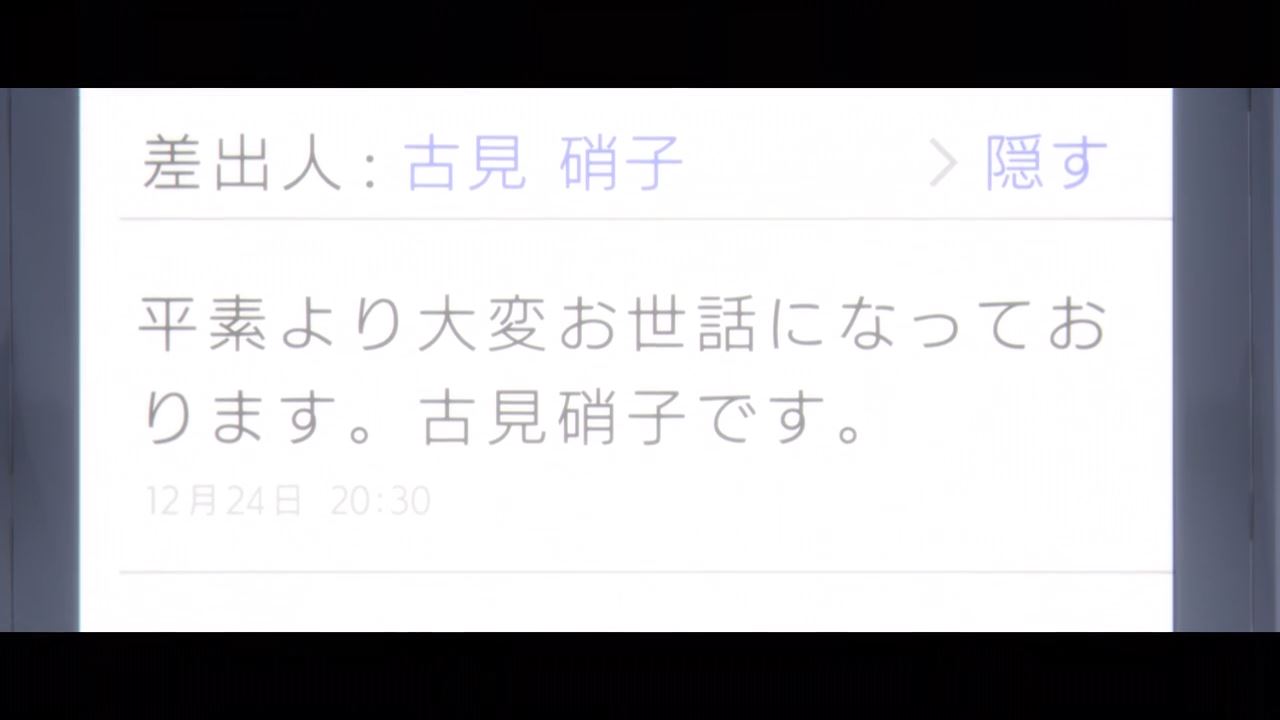 Oh, it’s none other than Shouko Komi where she’s happy that her classmates went to her house and celebrate her birthday early. 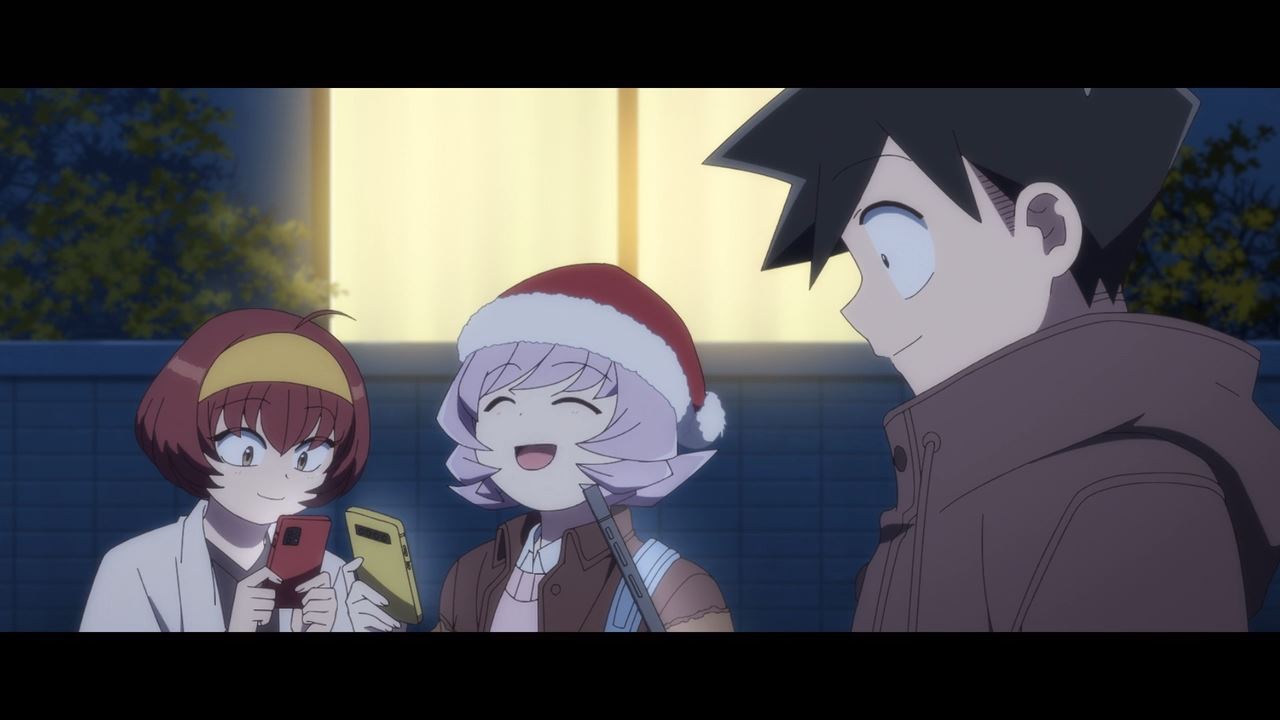 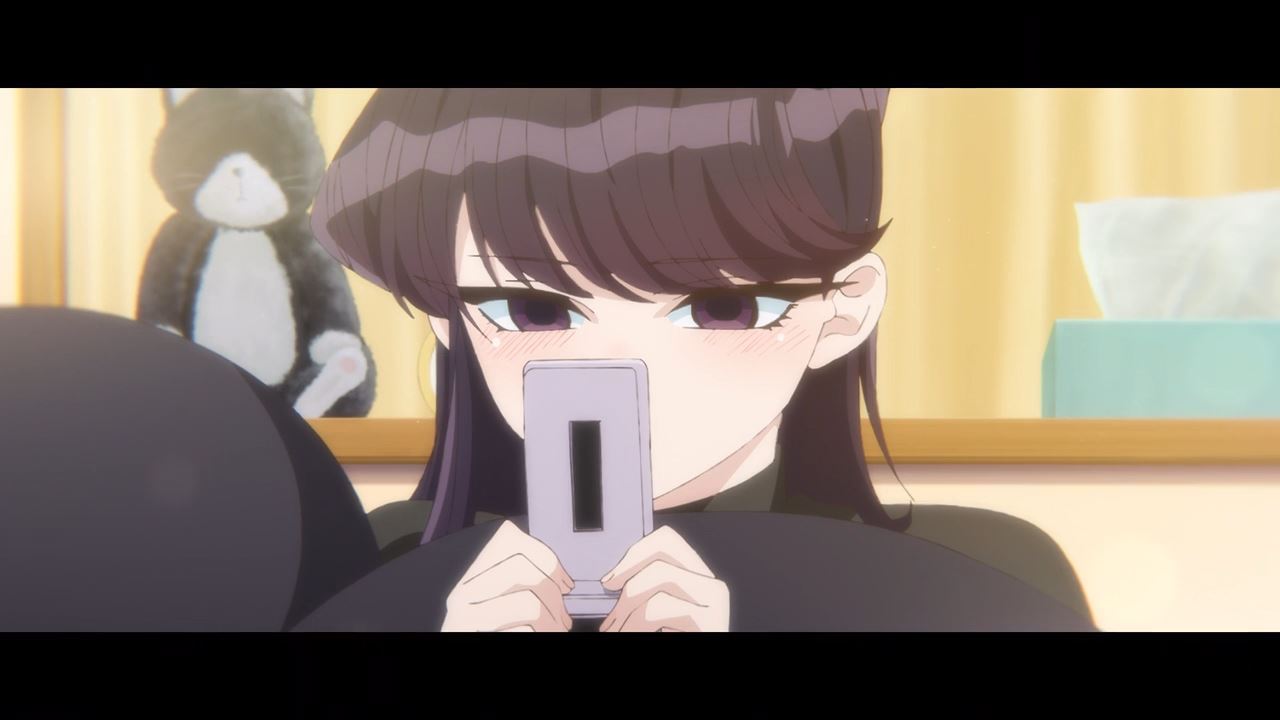 But that’s the end of this episode where I have to say that Shouko Komi is feeling blessed on her first year at Itan Private High School. Let’s hope that the next school year would be brighter for her.

Anyways, I’ll see you next time where we’re getting closer to spring!