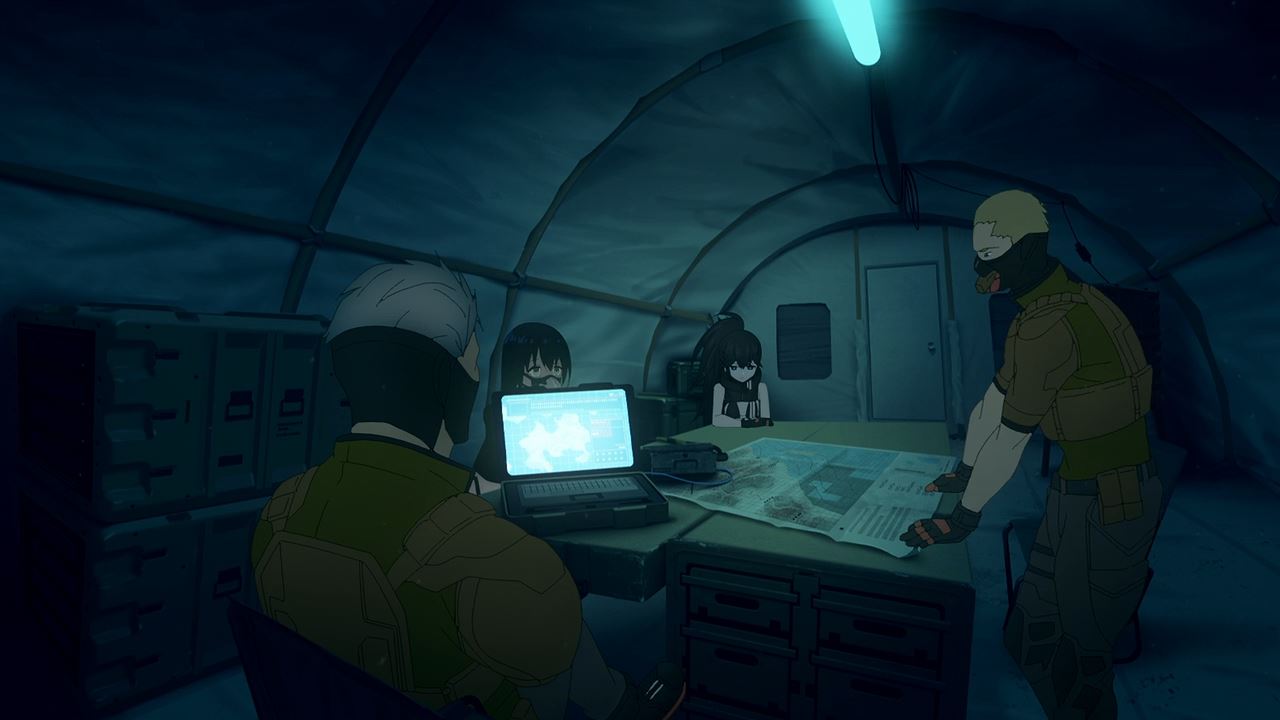 Well everyone, looks like Black Rock Shooter and her allies have arrived at the Peacebuilding Corps Base where the Colonel discusses the orbital elevator that’s being built in Brazil.

Sadly, the Empress is still shaken by the loss of Momiji and her friends thanks to Smiley blowing up the railcar. Yeah, the leader of the Educational Institute would rather destroy the goods than letting someone pilfer them. 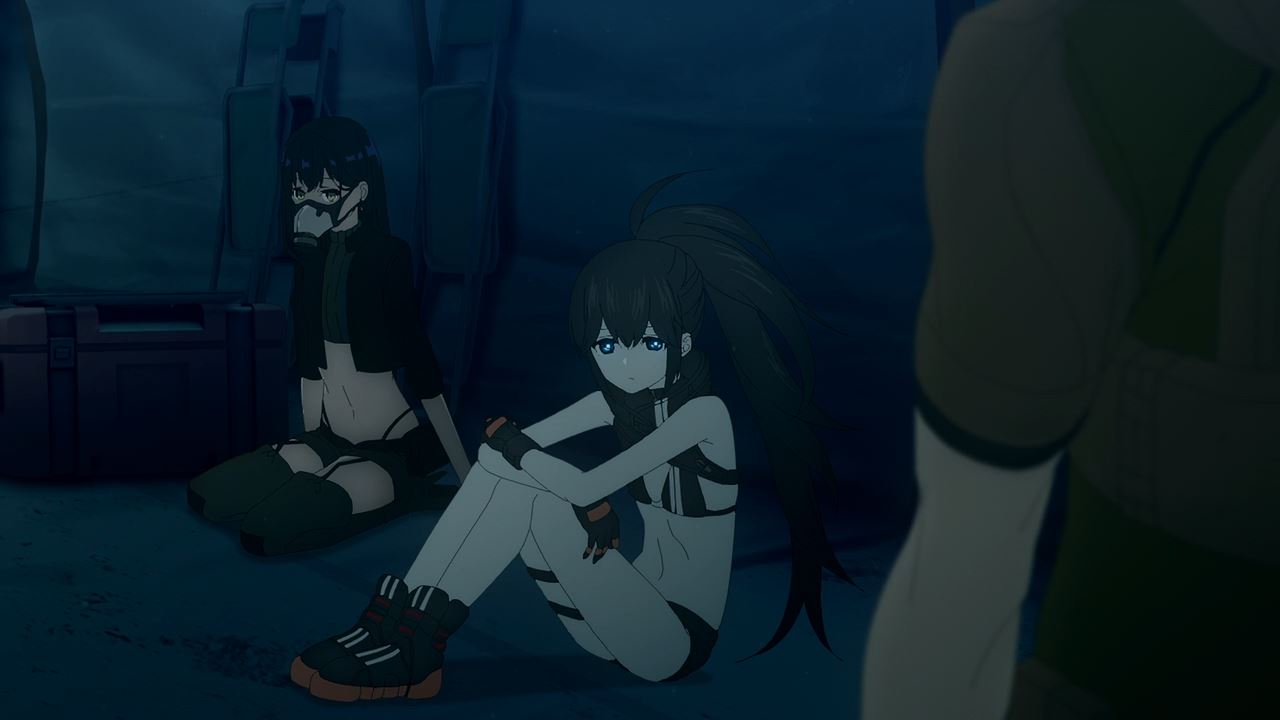 And speaking of the Educational Institute, there’s one story where the Colonel encountered Smiley’s cult. 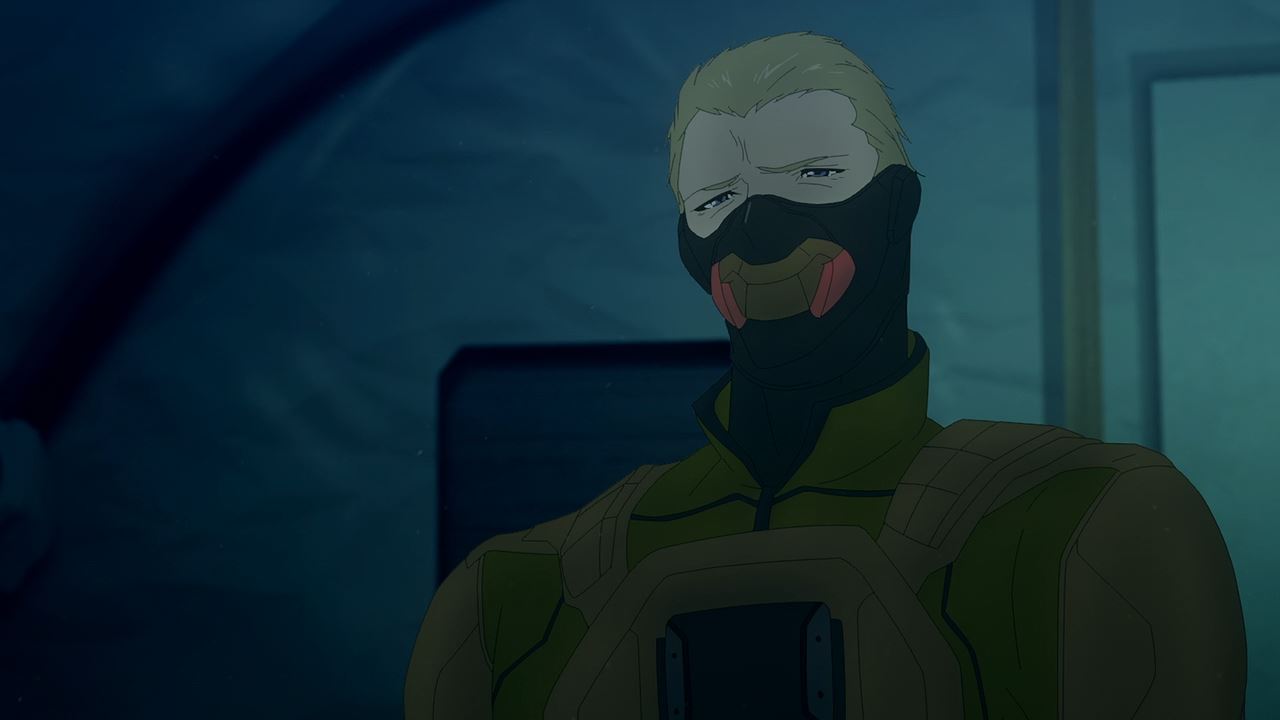 Anyways, I’m hoping that the Empress is okay ’cause she has to destroy the orbital elevator and go to Lighthouse No. 8, although the location of the latter remains a mystery. 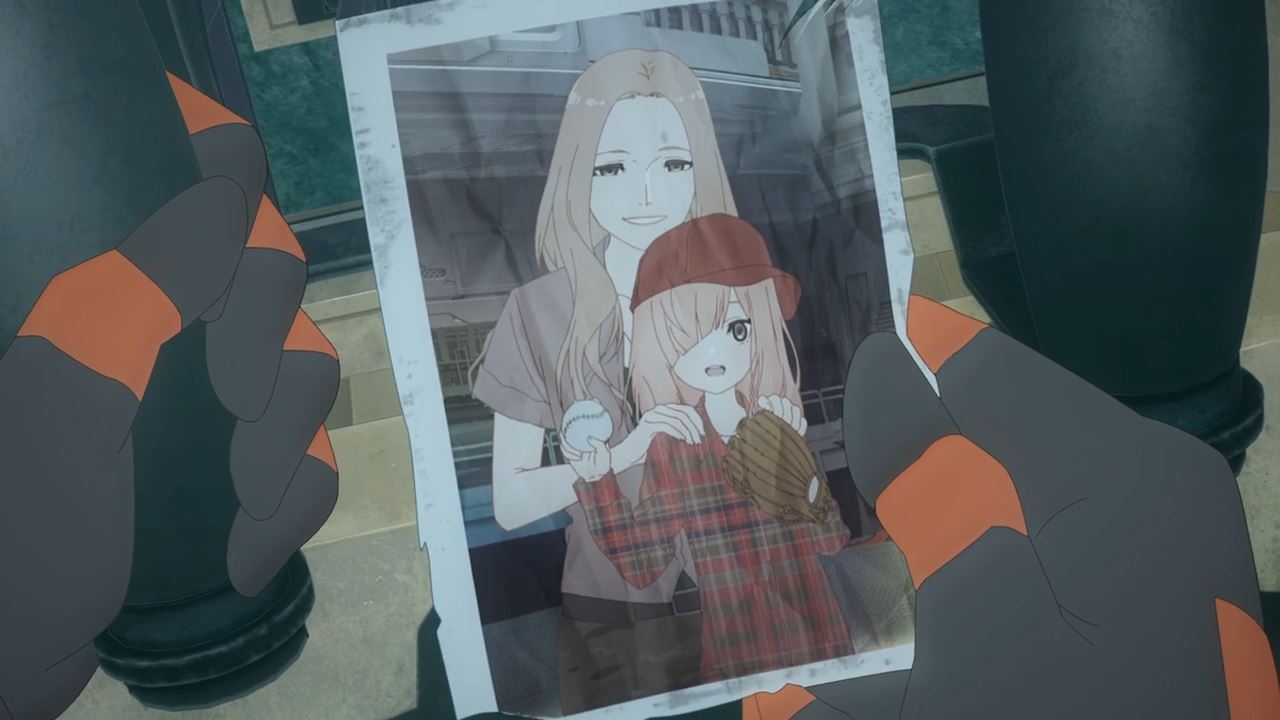 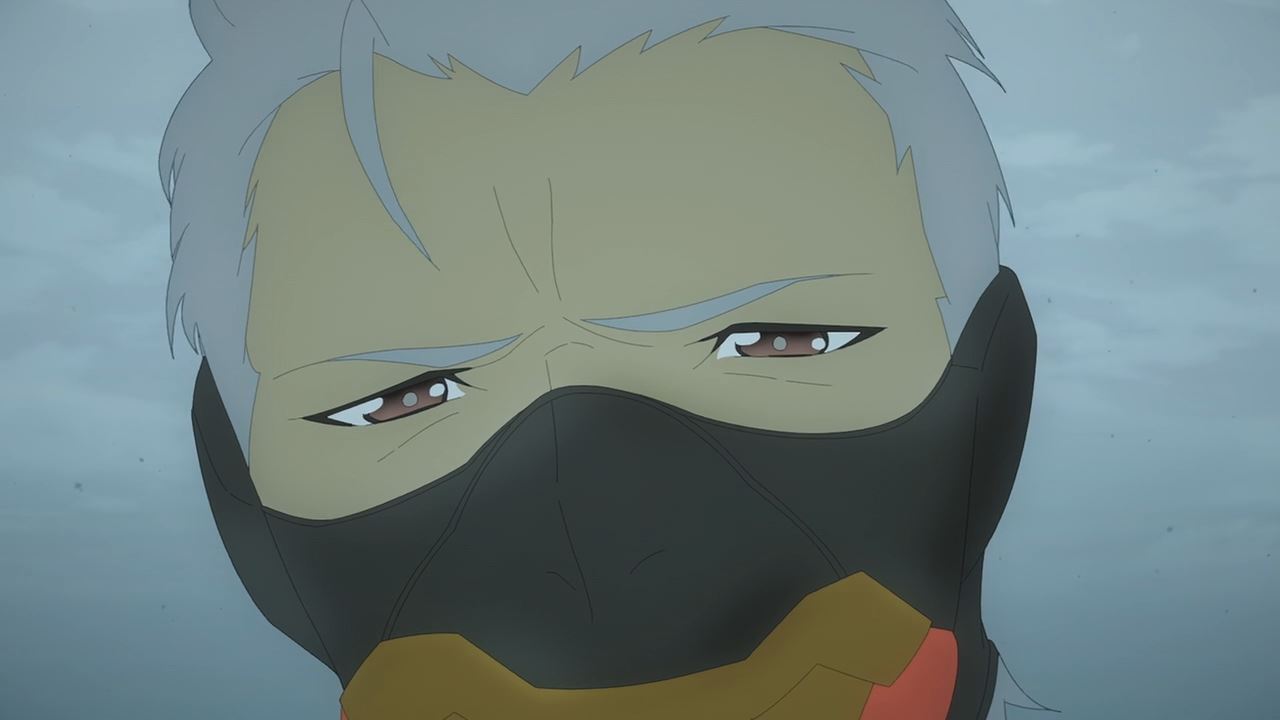 And speaking of the Colonel, he still laments the loss of this family thanks to Smiley’s machinations and by extension, Artemis and its army of Titans bent on destroying humanity.

Of course, he’s focused on destroying the orbital elevator so that humanity will have a fighting chance against the robots. 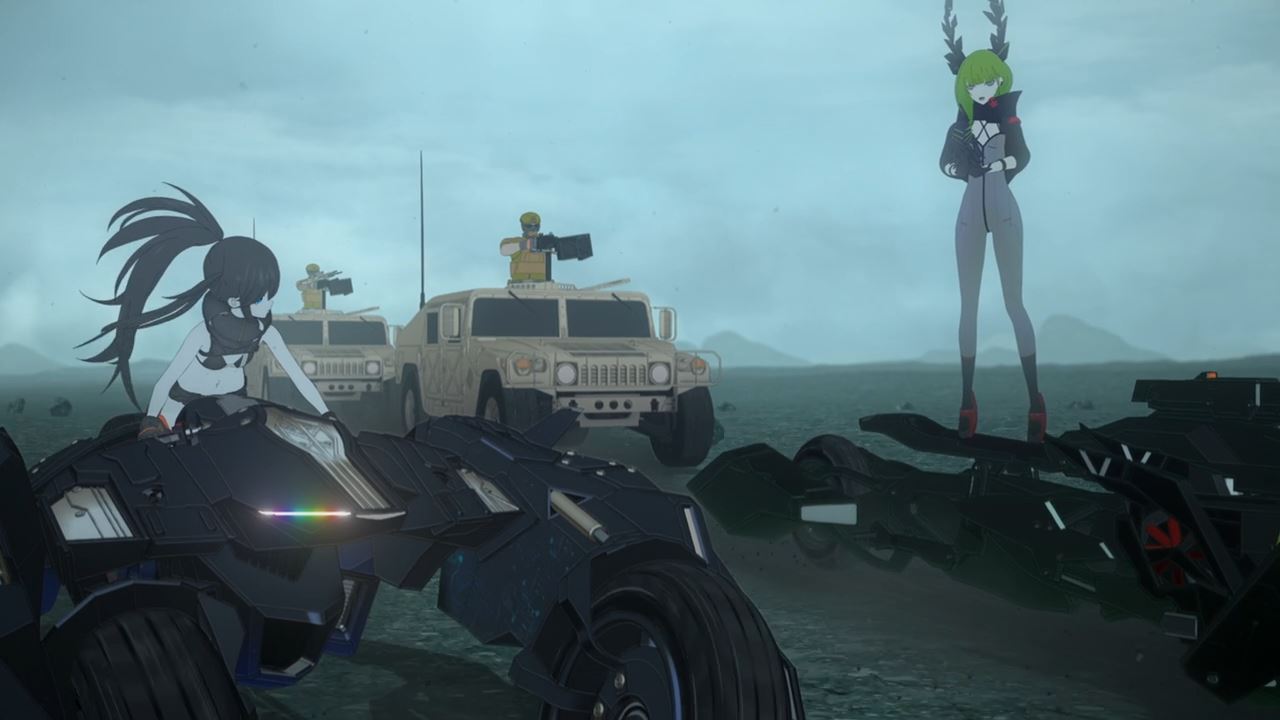 Now then, looks like Dead Master has returned where she wants Black Rock Shooter to drop dead so that she can defile the Empress’ body.

While Monica is perverted, I’d say that Dead Master is basically deranged incarnate. And seriously, Black Rock Shooter won’t give up on her life that easily. 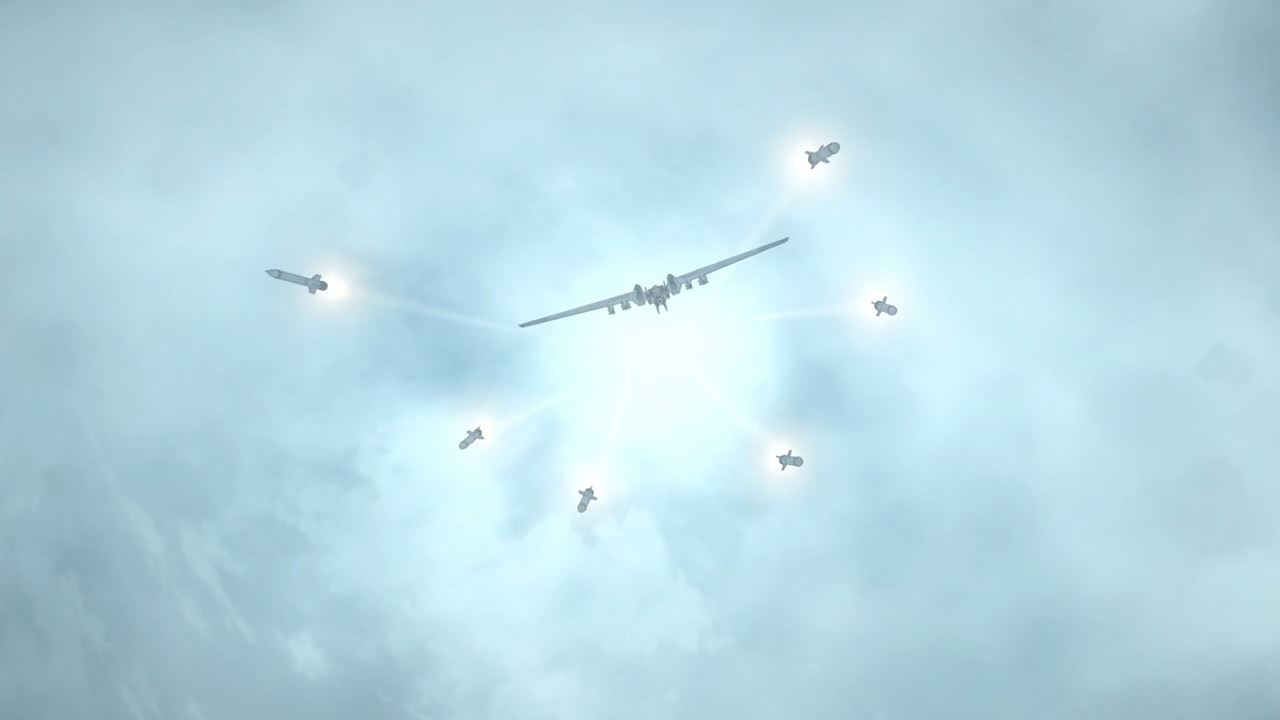 Unfortunately, Dead Master got interrupted again when someone from the Educational Institute attacked her, as well as the Peacebuilding Corps where Colonel’s convoy got wrecked by missiles. 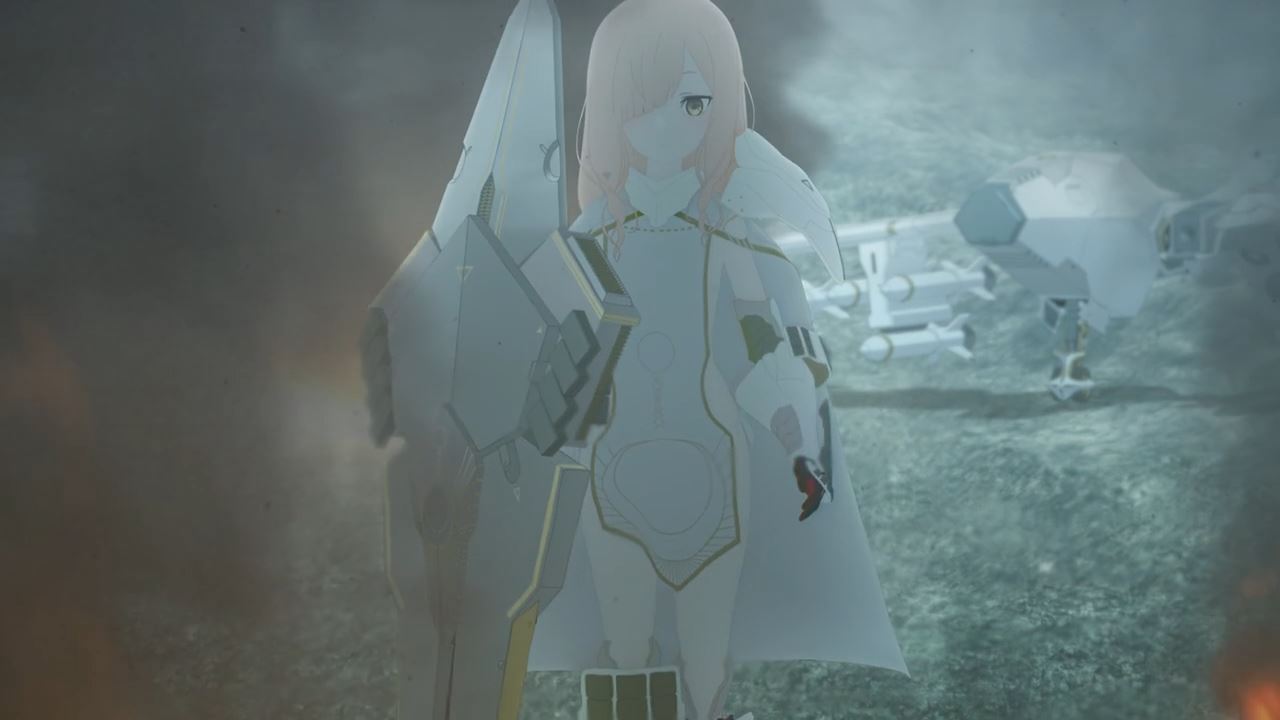 Anyways, this is one of the Educational Institute’s elite soldiers named Charlotte where she’ll eliminate Black Rock Shooter and everyone else.

Come to think of it, does Charlotte looked similar to the Colonel’s dead daughter? If it’s true, I have a feeling that Smiley is resurrecting humans into his personal dolls. 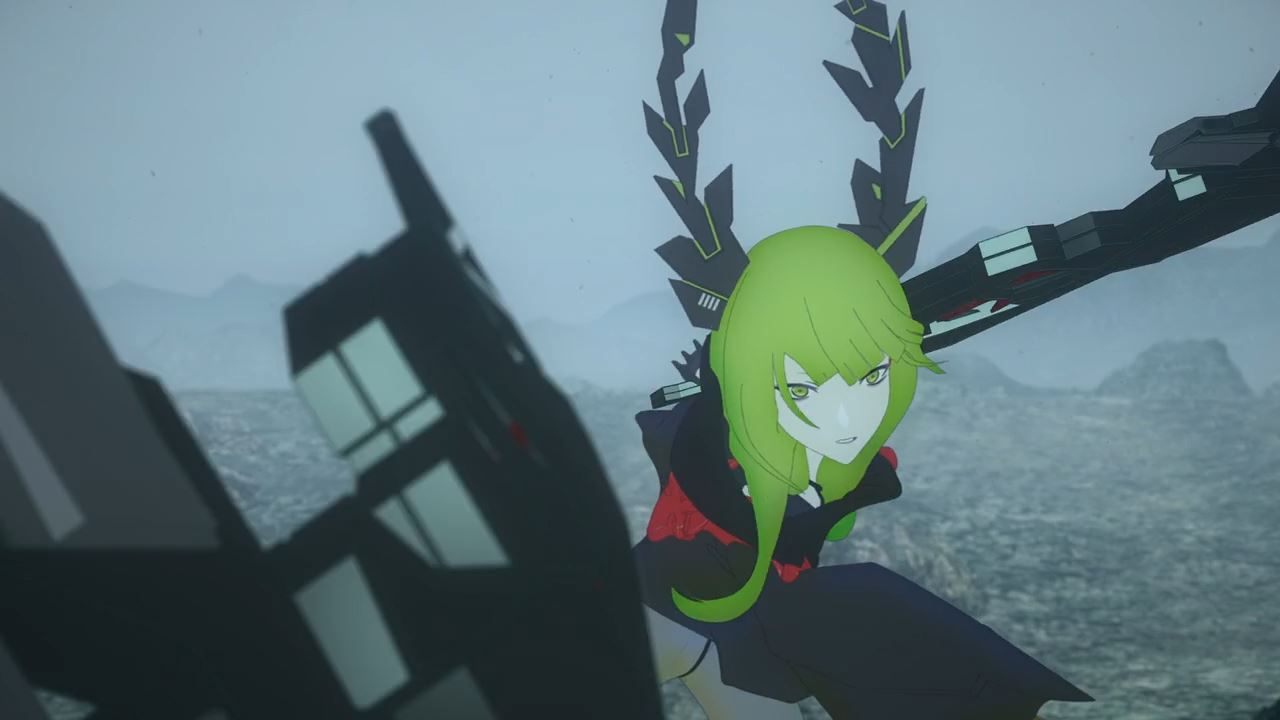 Meanwhile, looks like Dead Master is really angry that someone interfered her sweet time with Black Rock Shooter.

Anyways, let’s hope that Dead Master would show to Charlotte that she’s not a person to be messed with. 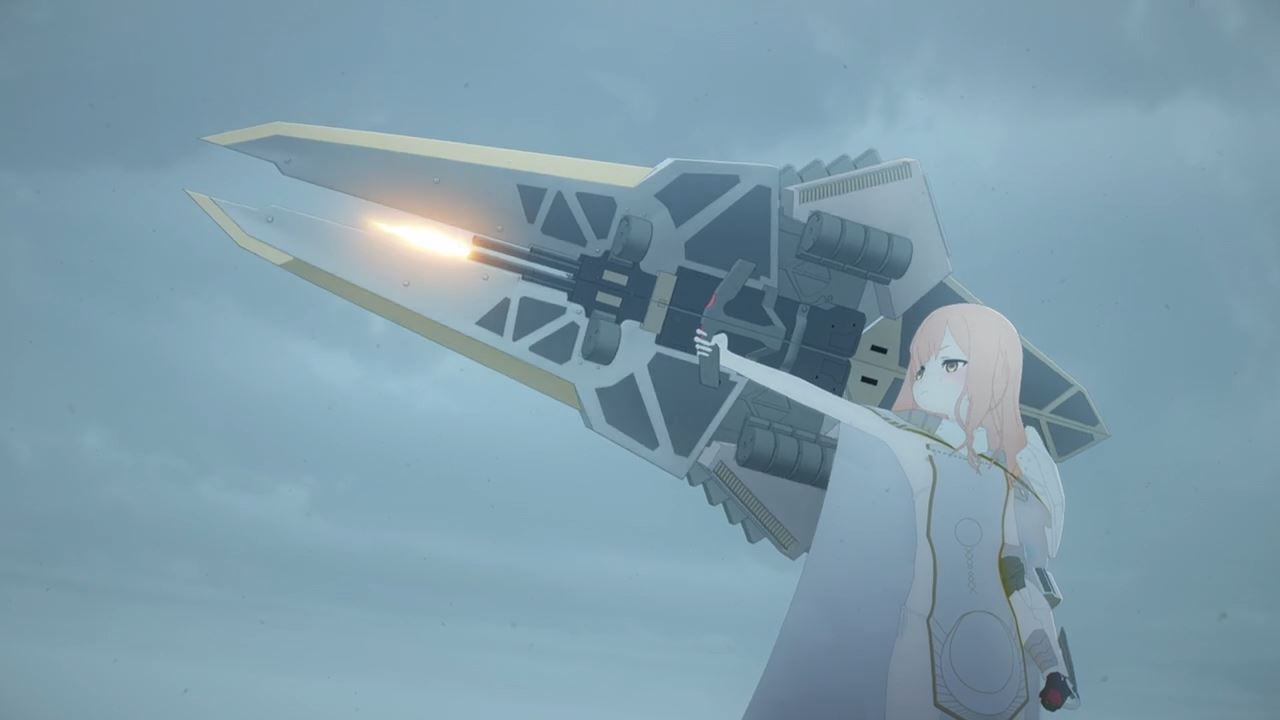 However, Charlotte doesn’t care as she fires her Gatling gun against Dead Master, although I’m not sure if it’s effective against an artificial soldier who fought against Titans. 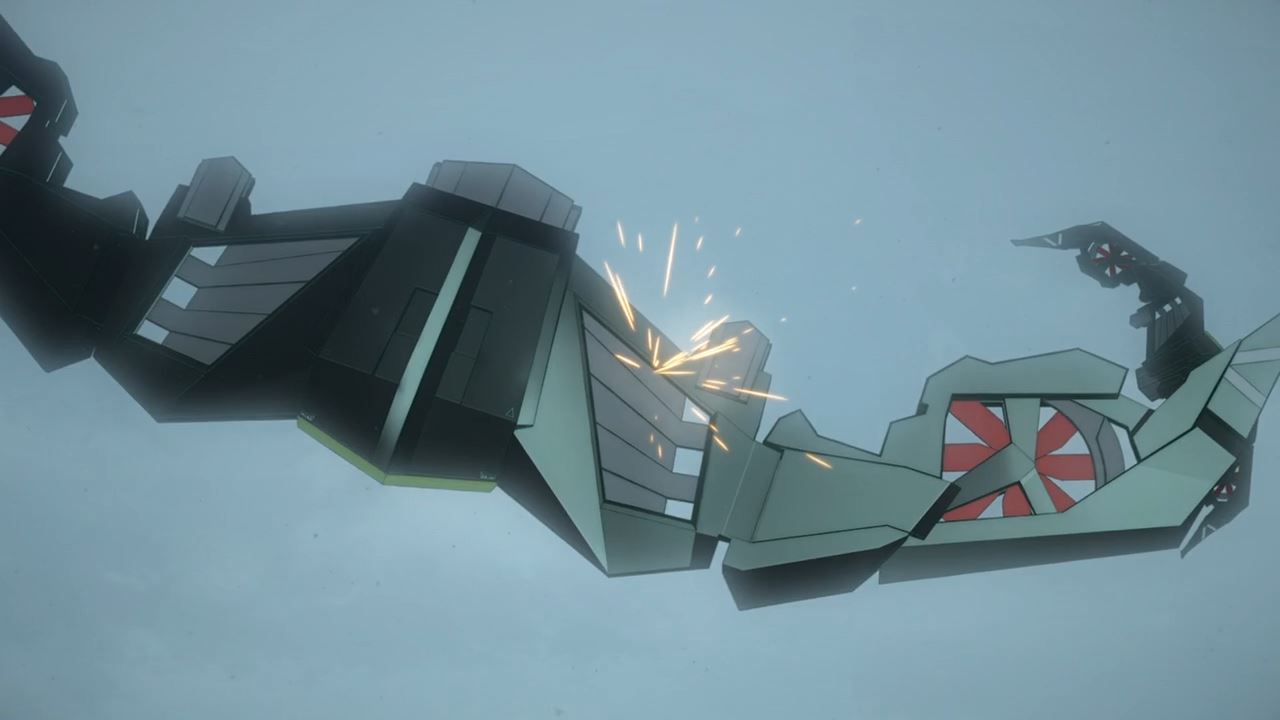 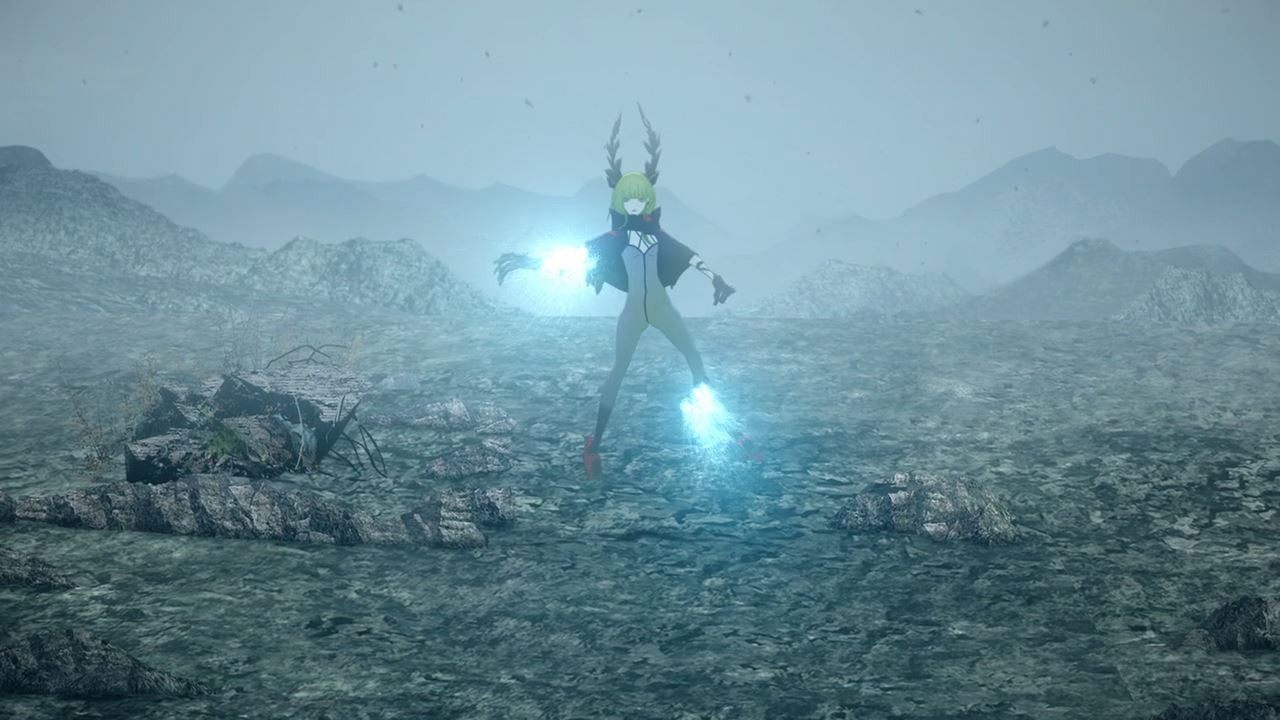 Oh wait, seems that Charlotte’s Gatling gun is effective against Dead Master where her limbs are chopped off. This is really bad as Dead Master might get destroyed. 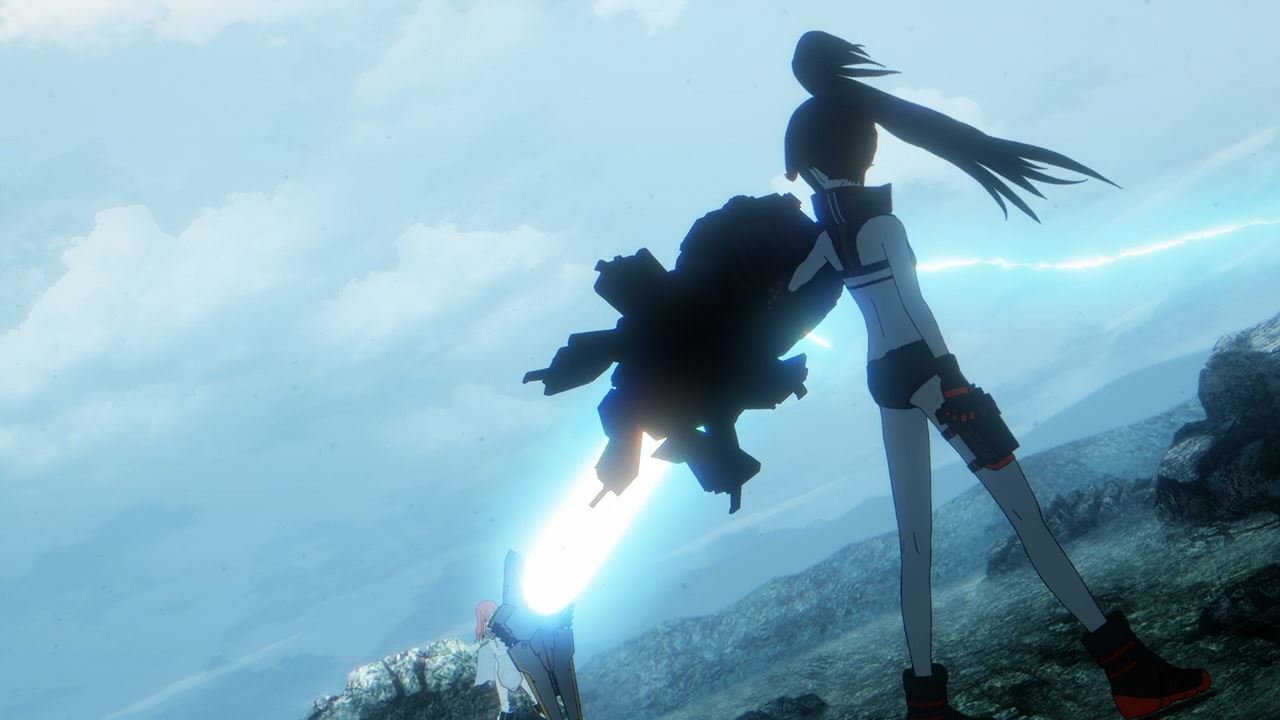 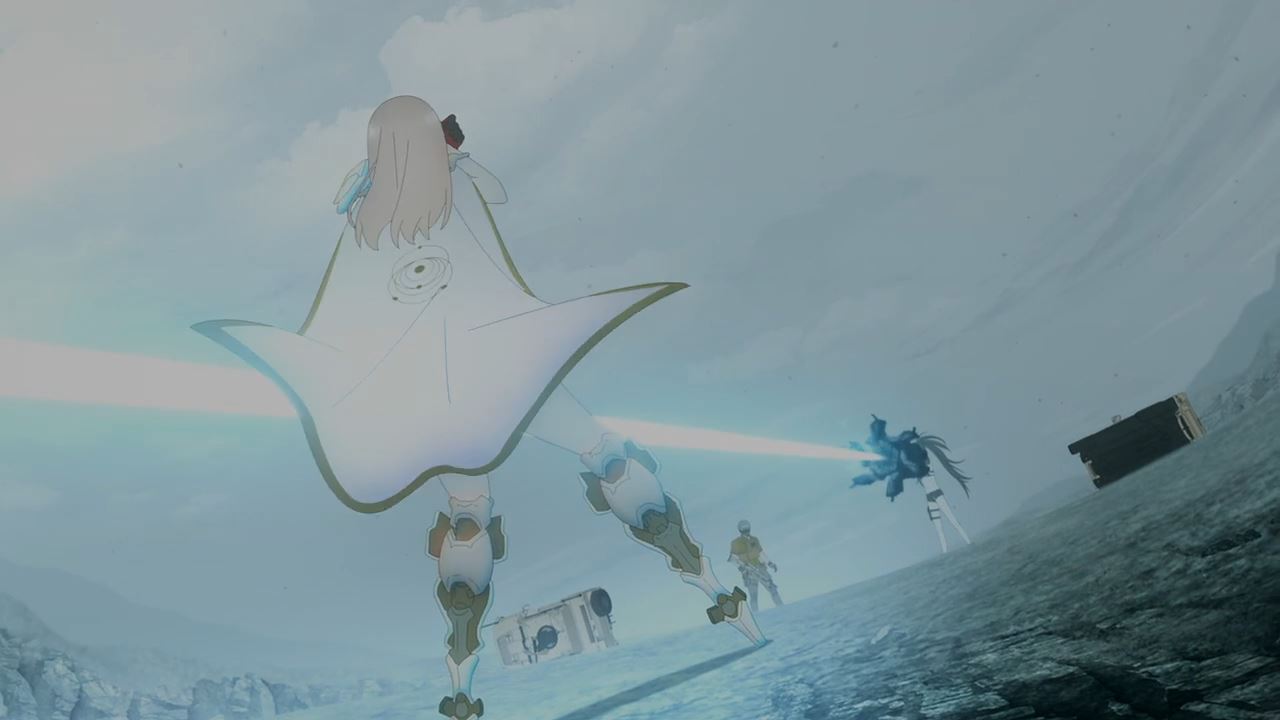 But that’s until the Empress intervenes where she fired her laser cannon to destroy Charlotte’s weapon.

Of course, the Empress would have destroyed her completely had the Colonel intervened where he told Black Rock Shooter not to kill his own daughter. Even then, Charlotte might not remember that she has a father given that Smiley modified her body. 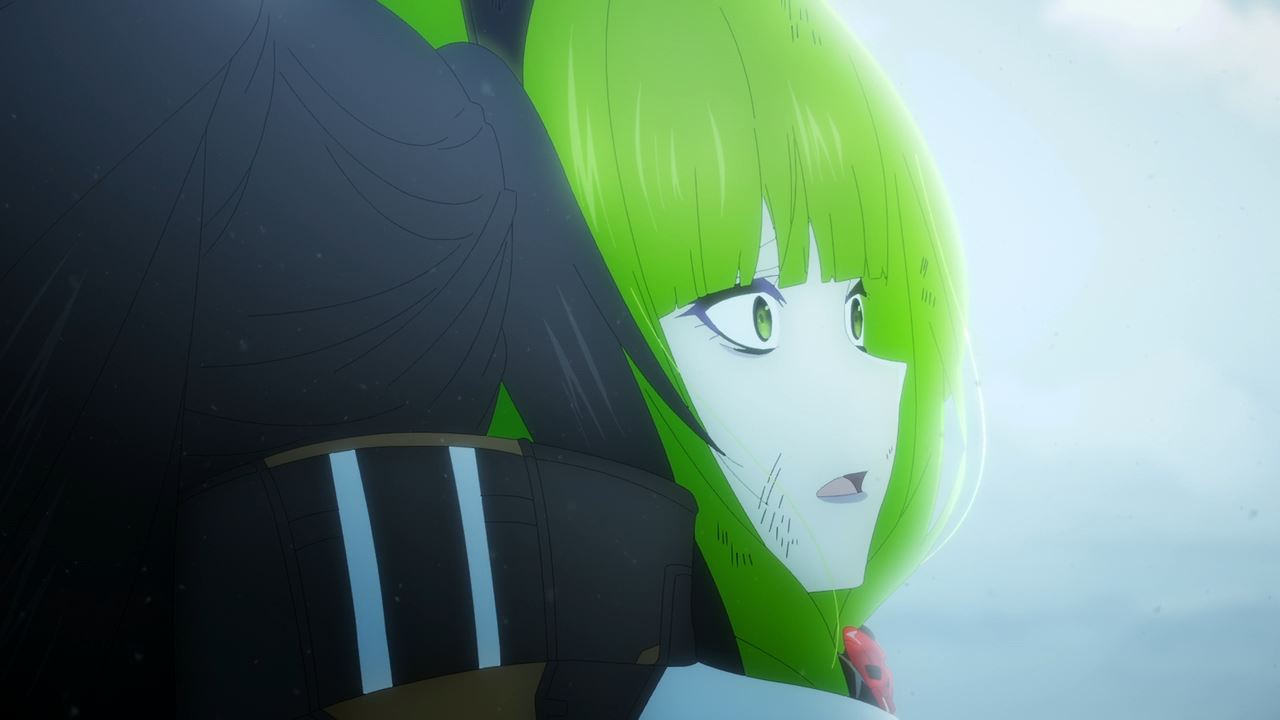 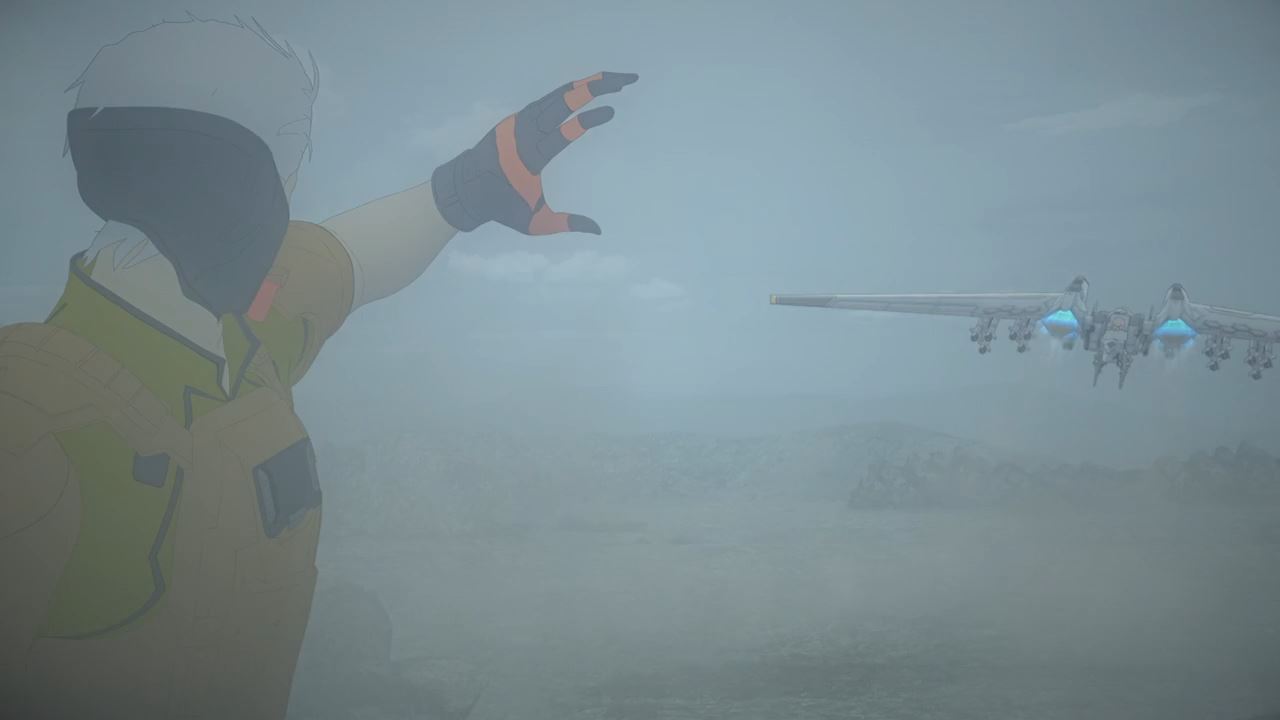 As for Charlotte, looks like she’ll retreat for the time being but I bet that she’ll be back in some other time.

But yes, the Colonel’s convoy has been reduced to just 7 soldiers including himself, plus Monica Kaburagi, Black Rock Shooter, and a wounded Dead Master. I have to say that it’ll be difficult to destroy the orbital elevator with only a few people.

Anyways, I’ll see you next time where they’ll continue their mission no matter what.