The Rising of the Shield Hero Season 2 Episode #05 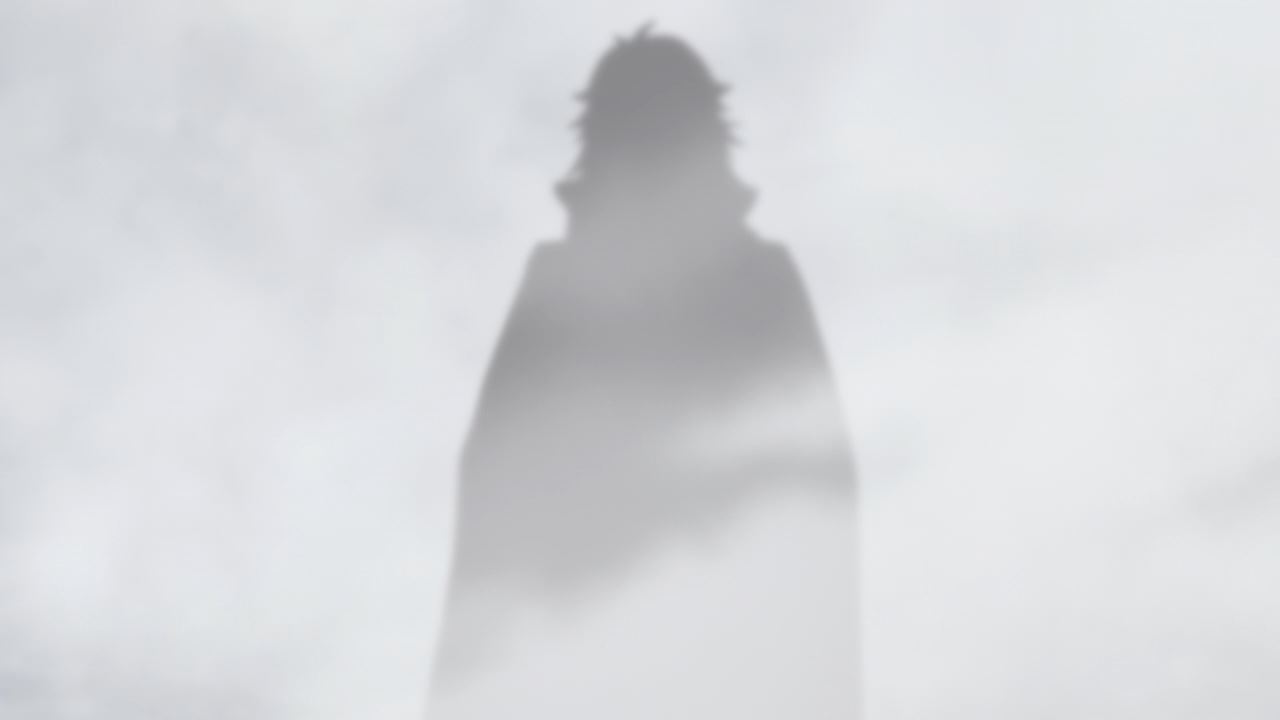 Let’s start with a silhouette of a hero who possibly control the Spirit Tortoise for his own benefit. Ost Hourai saw this mysterious hero in her dreams and I’m curious who that guy from Episode 2 is. 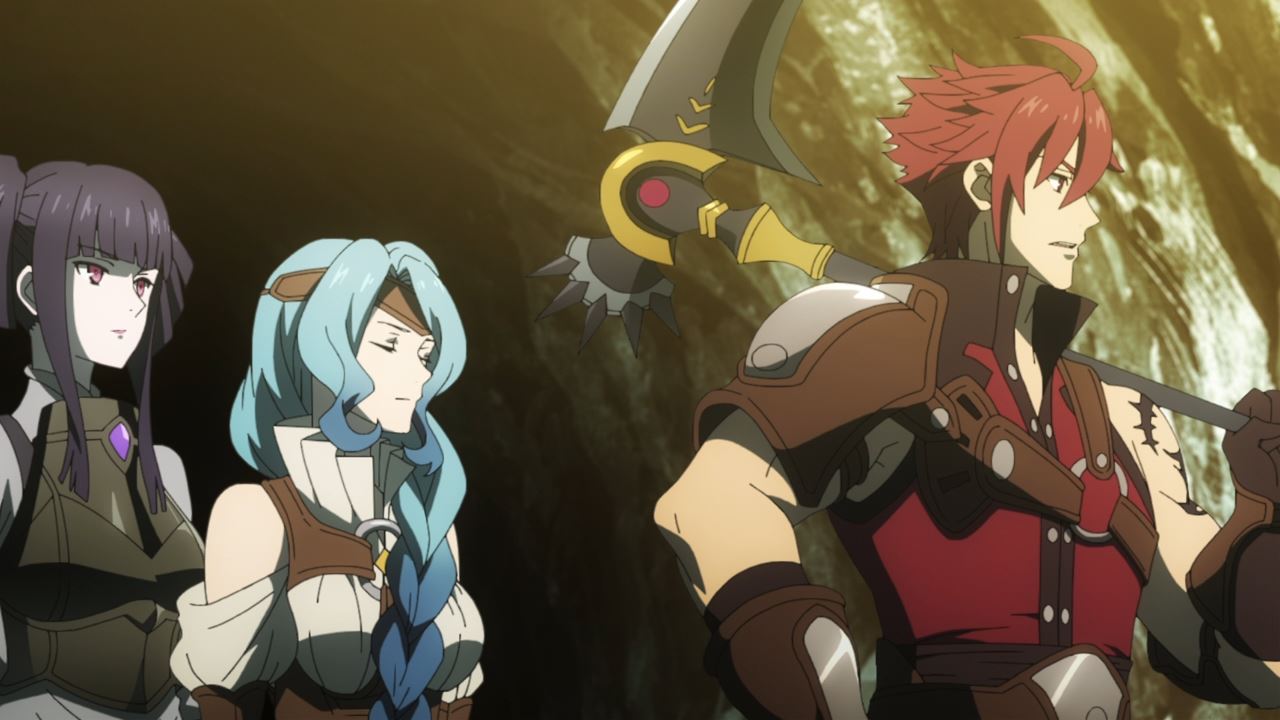 Anyways, here’s Glass and her companions where they’re about to engage in a battle against Naofumi Iwatani until L’Arc Berg suggested to call it a truce and join forces as they’re hunting a fellow hero who went rogue. 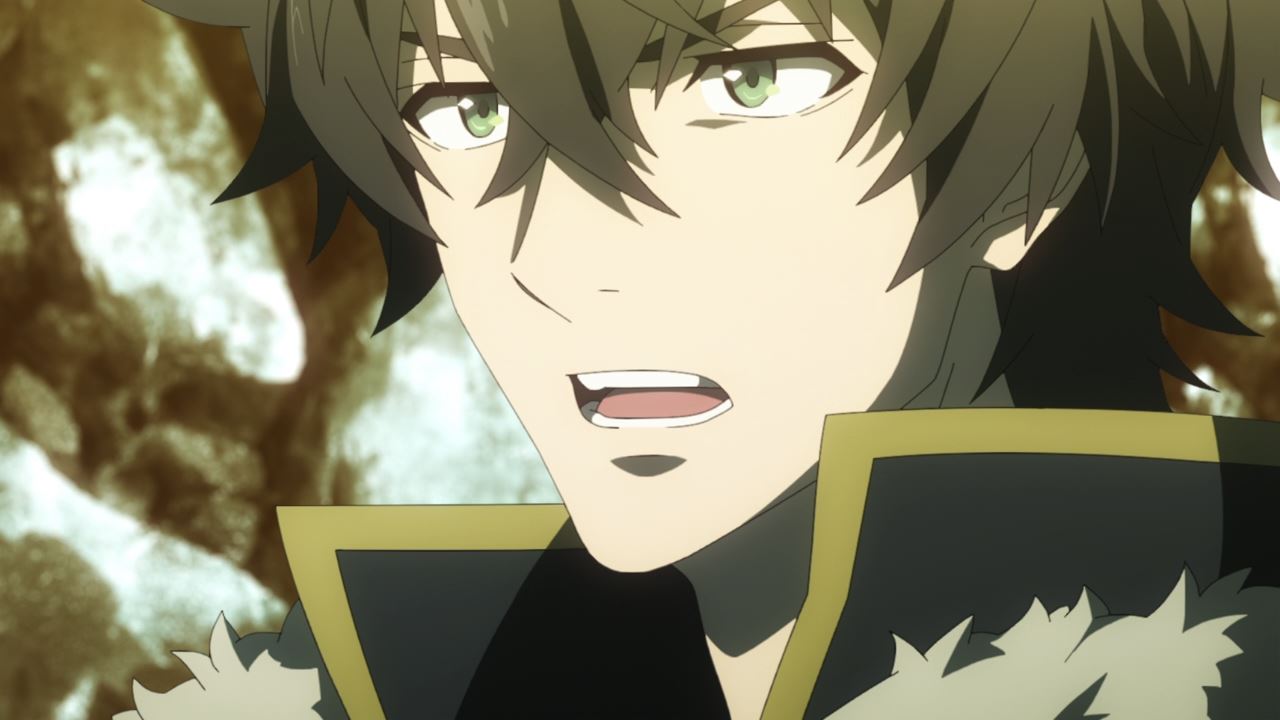 Unfortunately, Naofumi refused as he doesn’t want to cooperate with Glass and her buddies as they still want to kill him and the rest of the Cardinal Heroes. What a shame there! 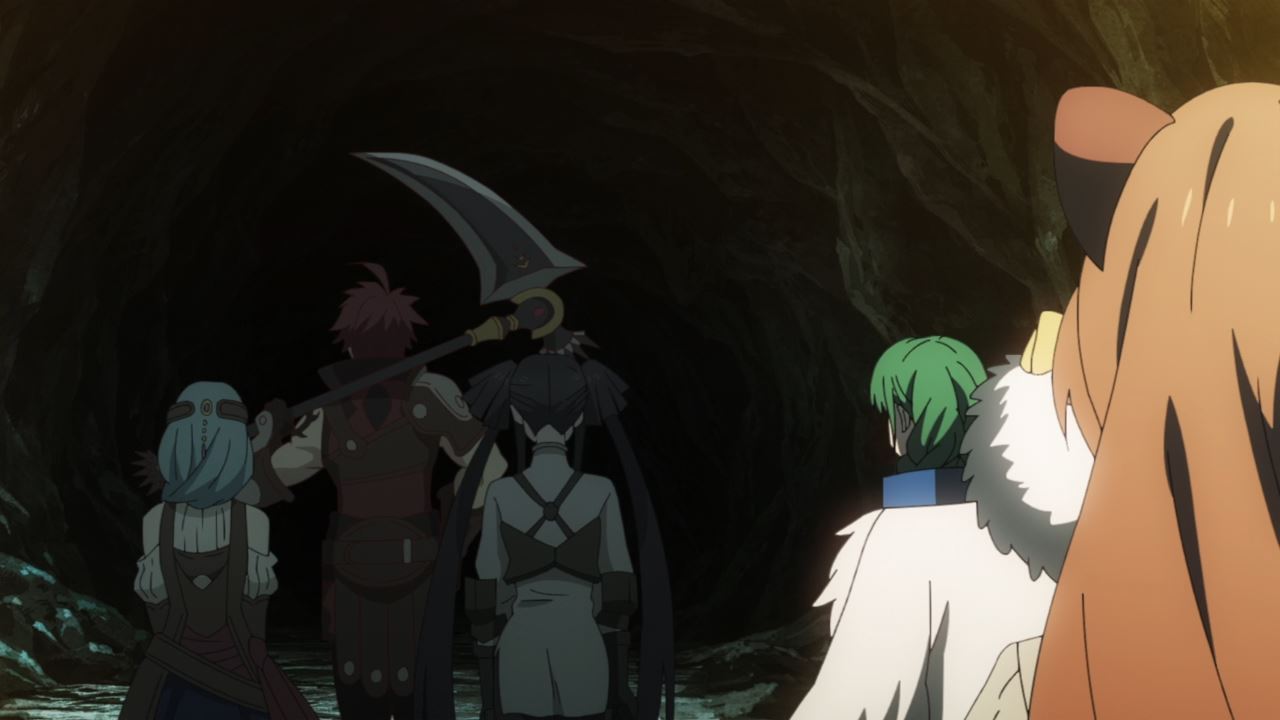 Well then, looks like Glass and the rest will go to their separate ways but seriously, I think they should join forces instead. 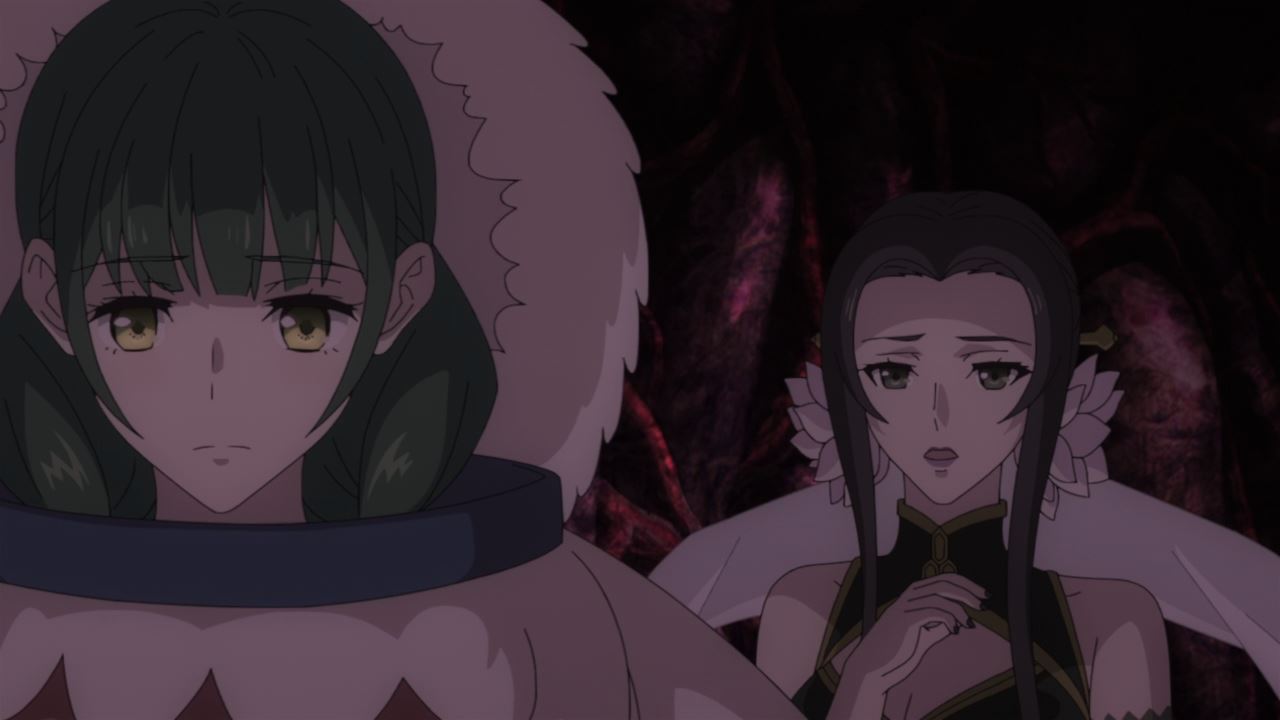 Meanwhile, it appears that Ost Hourai is feeling guilty where despite being the designated villain who claims innocent souls for the giant monster, everyone supports her regardless of her origins. 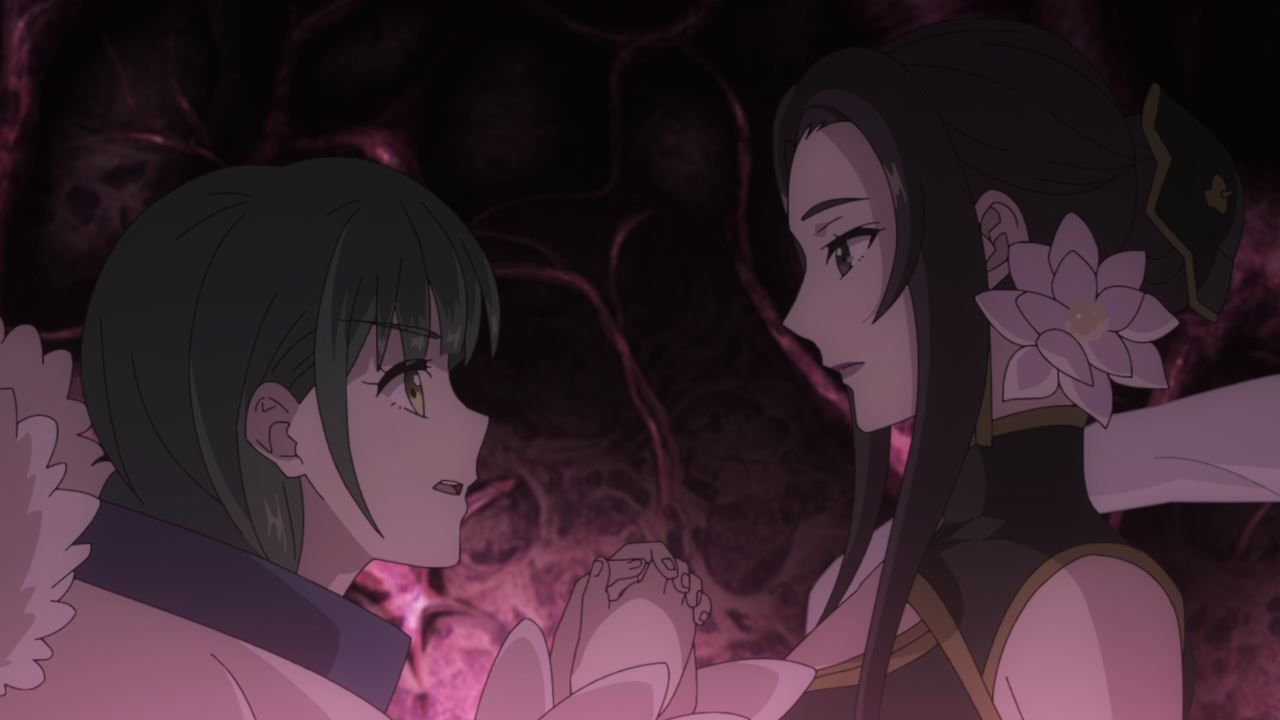 But you know what, I think Ost Hourai should stop being negative as every soldier is happy that the Spirit Tortoise’s familiar is fighting alongside them. Heck, even Rishia Ivyred assures her regarding everyone’s sentiments. 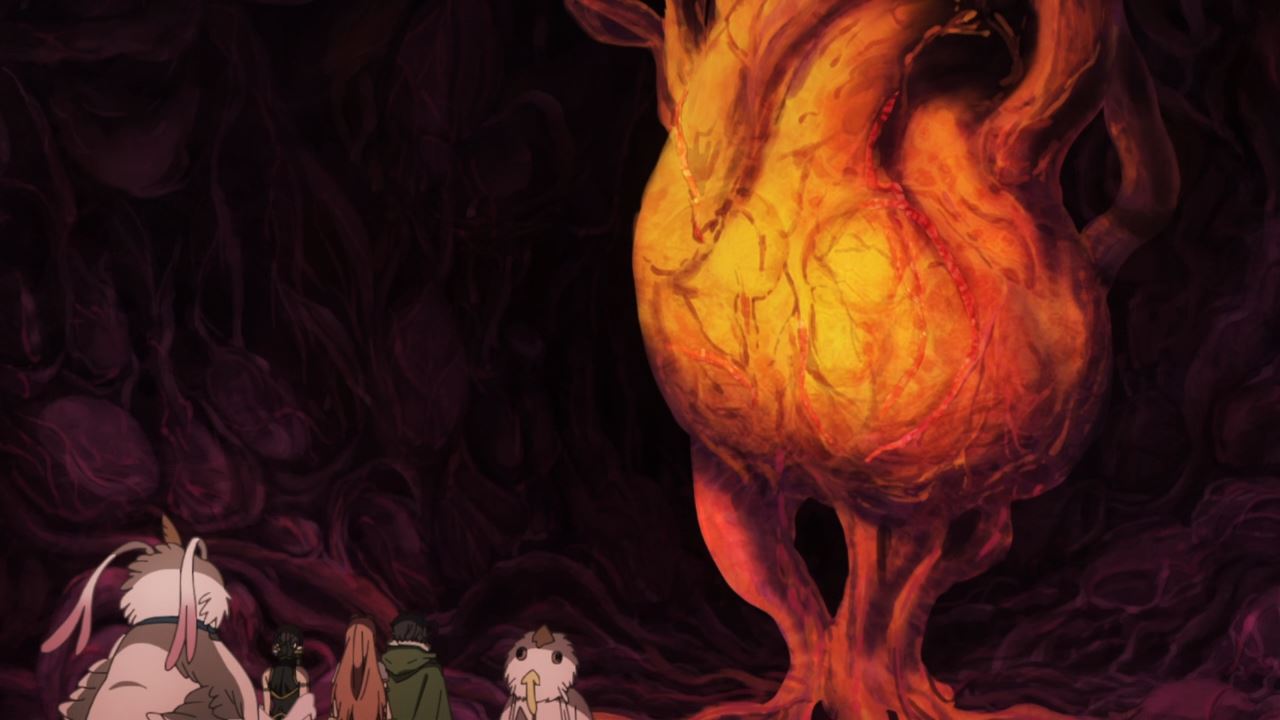 Now then, they finally reached the heart of the giant monster as Naofumi and his party will have to destroy it in order to finish the Spirit Tortoise once and for all.

However, something’s not right, almost as if someone is watching their move. Well then, it’s time to reveal the mastermind behind the Spirit Tortoise’s revival. 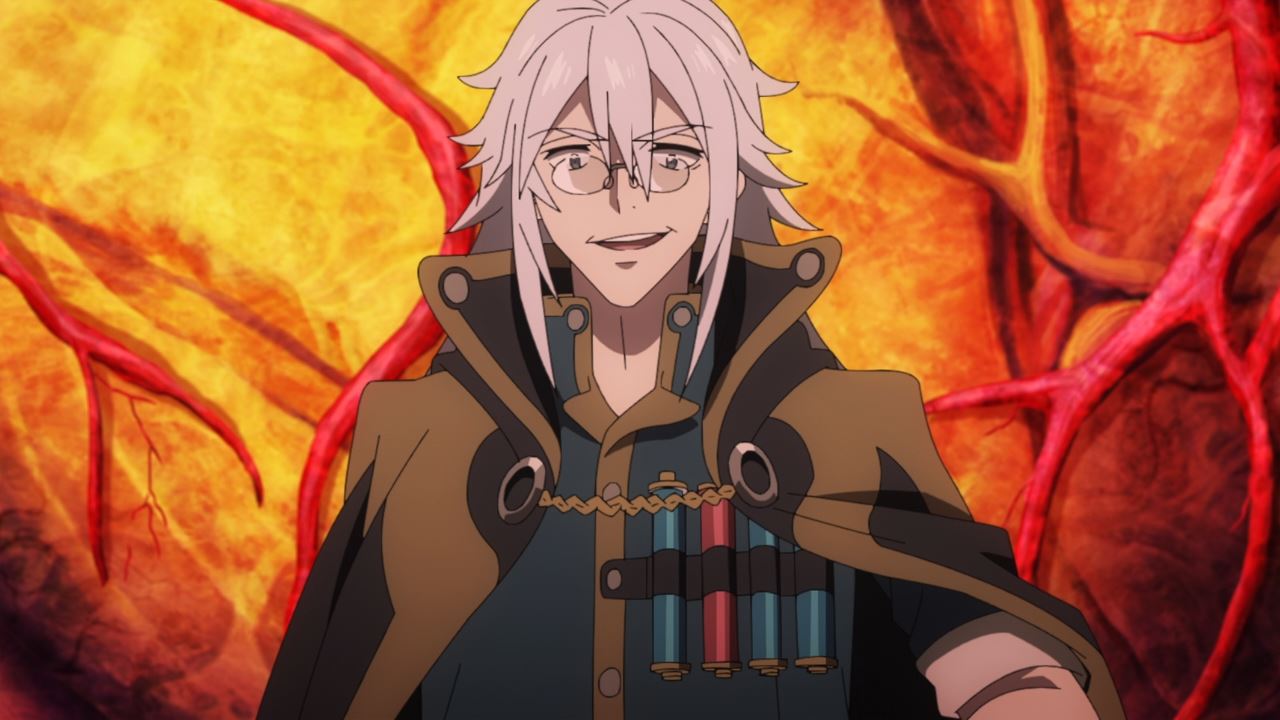 This is Kyo Ethnina where he’s the one who control the Spirit Tortoise for his own amusement. Oh yes, he came from Glass’s world where Kyo proclaims himself as a hero who does dirty things.

By the way, what you’re seeing here is just a projection, meaning that Kyo Ethnina is hiding somewhere. And one more thing, he created false hearts to confuse everyone who tries to take the monster down, but Kyo is surprised that Naofumi and his party found the real one right away. 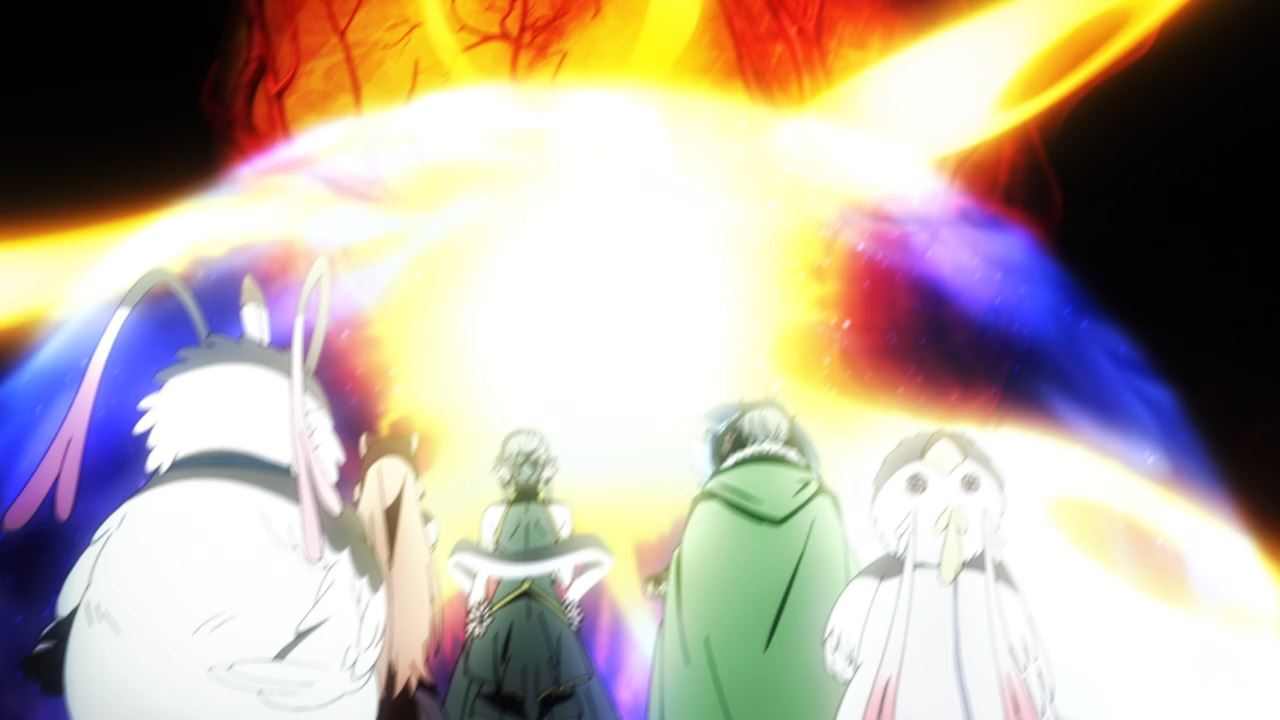 Unfortunately, this real heart can fight back where it fires magic beams. Good thing Naofumi Iwatani uses his Meteor Shield to defend his party from the Spirit Tortoise’s self-defense mechanism. 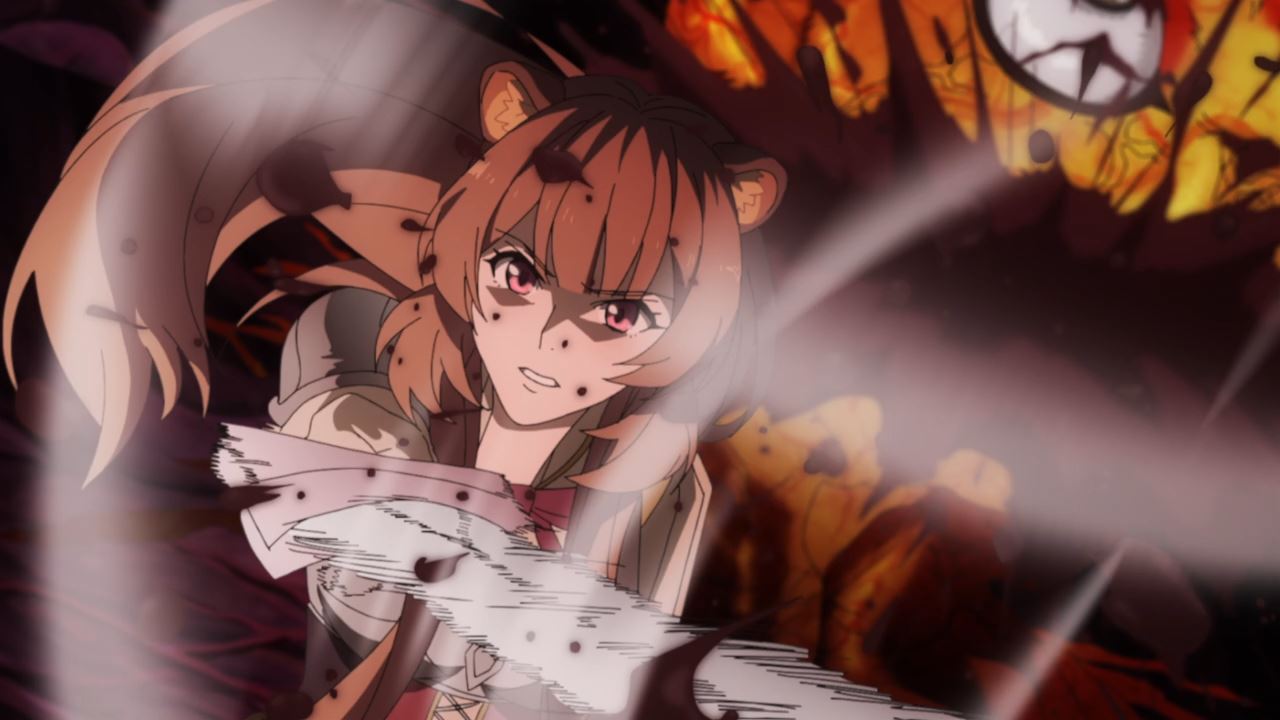 Anyways, it’s time for Filo and Raphtalia to take down its beating heart. Of course, doing so will perish Ost Hourai for good.

Still, the familiar is ready to die so that the Spirit Tortoise won’t claim more souls. 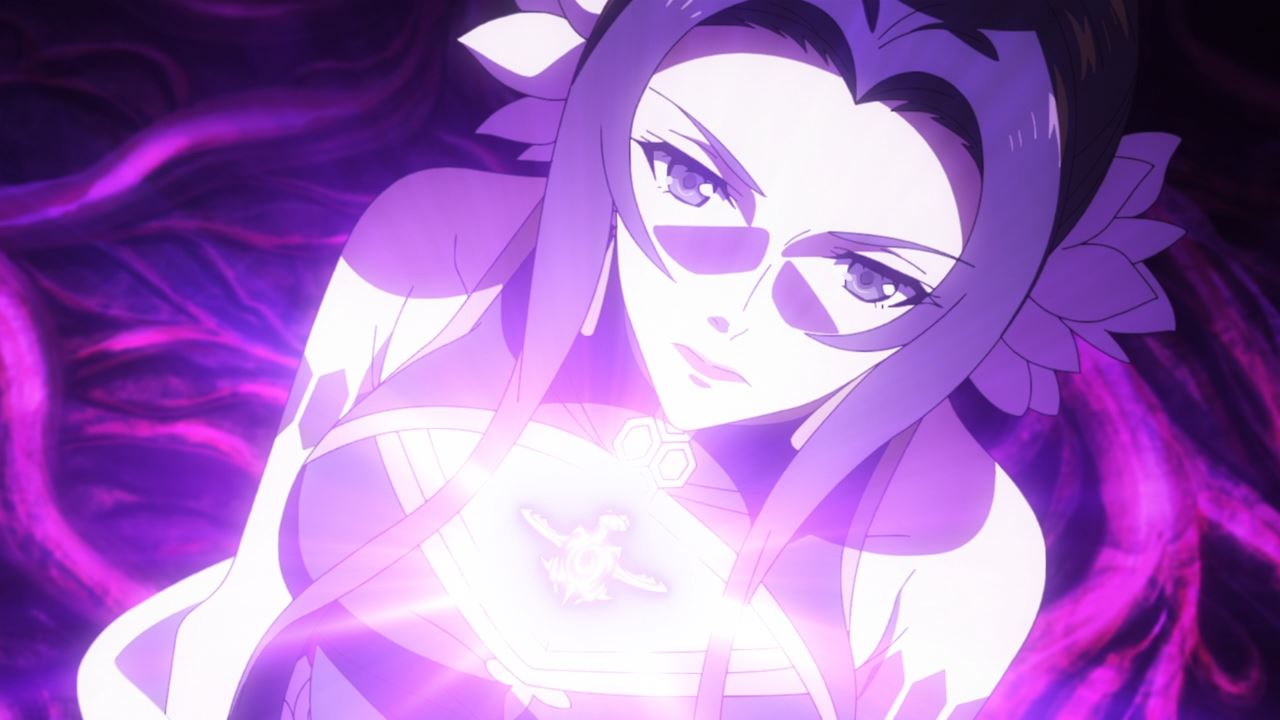 However, it appears that even though its heart is destroyed, Ost Hourai is still alive where she gained a crest in her chest. Someone is trying to move the goalpost even further. 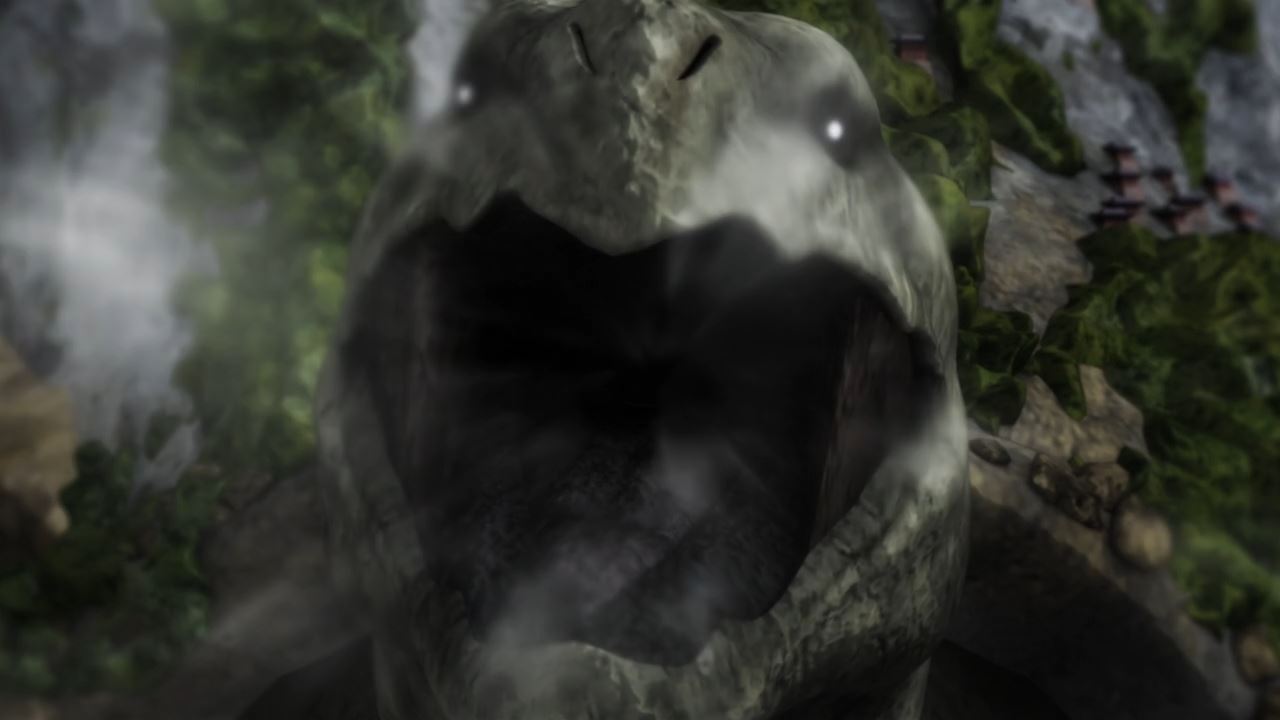 What’s worse is that the Spirit Tortoise is revived where it’s about to trample anyone who gets in its path. Man, they need to kill the tortoise as soon as possible. 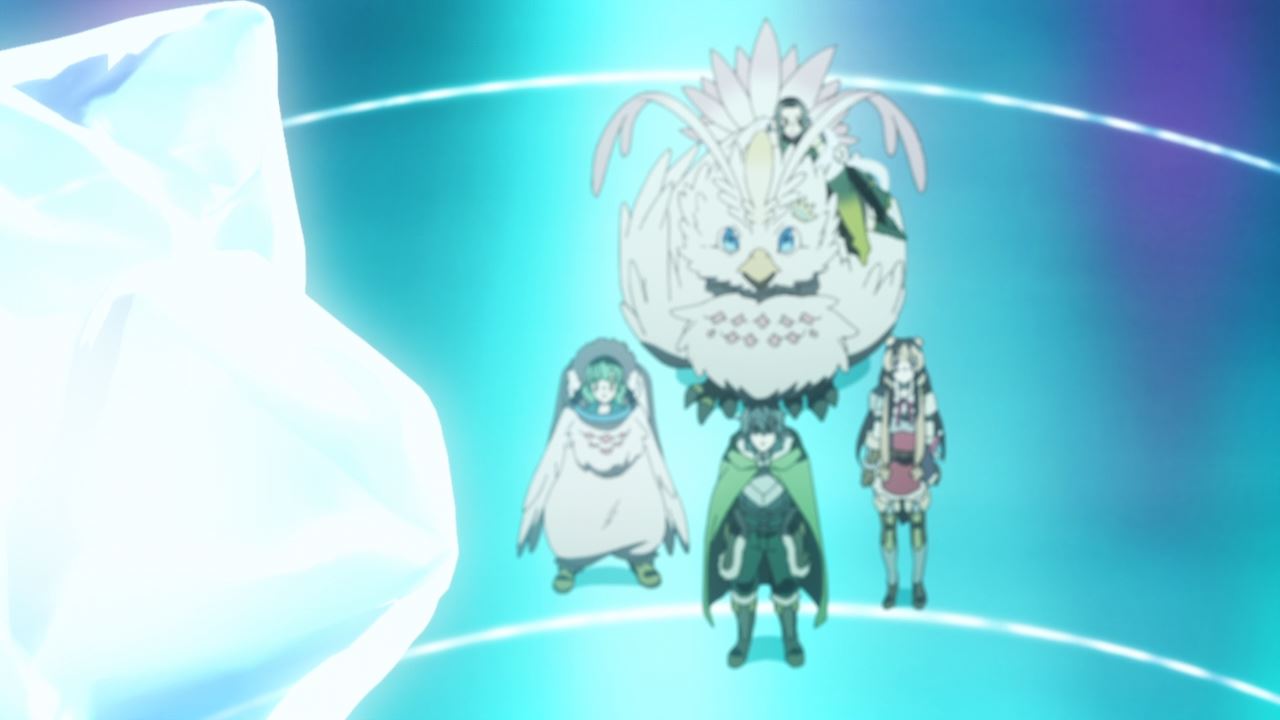 But anyways, looks like Naofumi Iwatani and his friends have finally reached the core and I’m hoping that they can finally slay the tortoise for good! 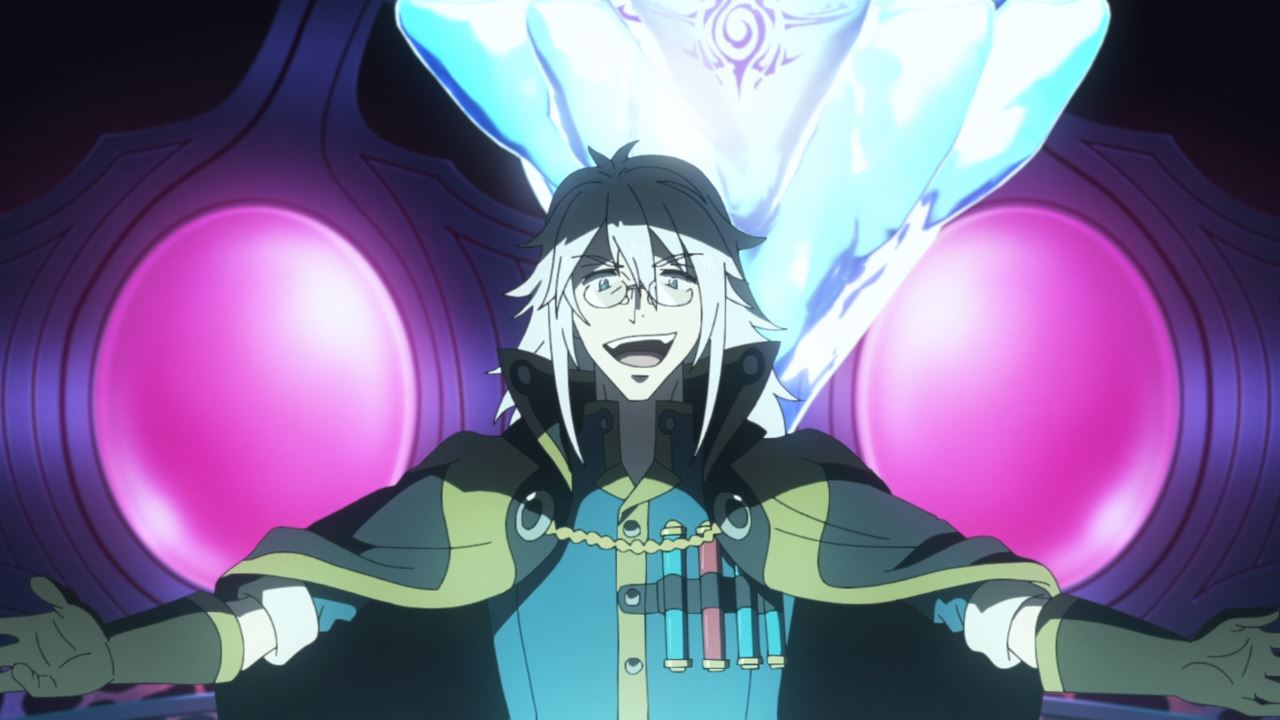 Oh yes, here’s Kyo Ethnina where he told Naofumi that he should have killed Ost Hourai in the first place ’cause she’s actually the Spirit Tortoise’s core. Man, I’m hoping that he’s not some astral projection ’cause I want Kyo to get punched by the Shield Hero!

Anyways, tune in next time where I’m hoping that Naofumi and his party can finally put the Spirit Tortoise to rest. Of course, the question is will they kill Ost Hourai or just straight-up beat the crap out of Kyo Ethnina? We’ll find out soon.