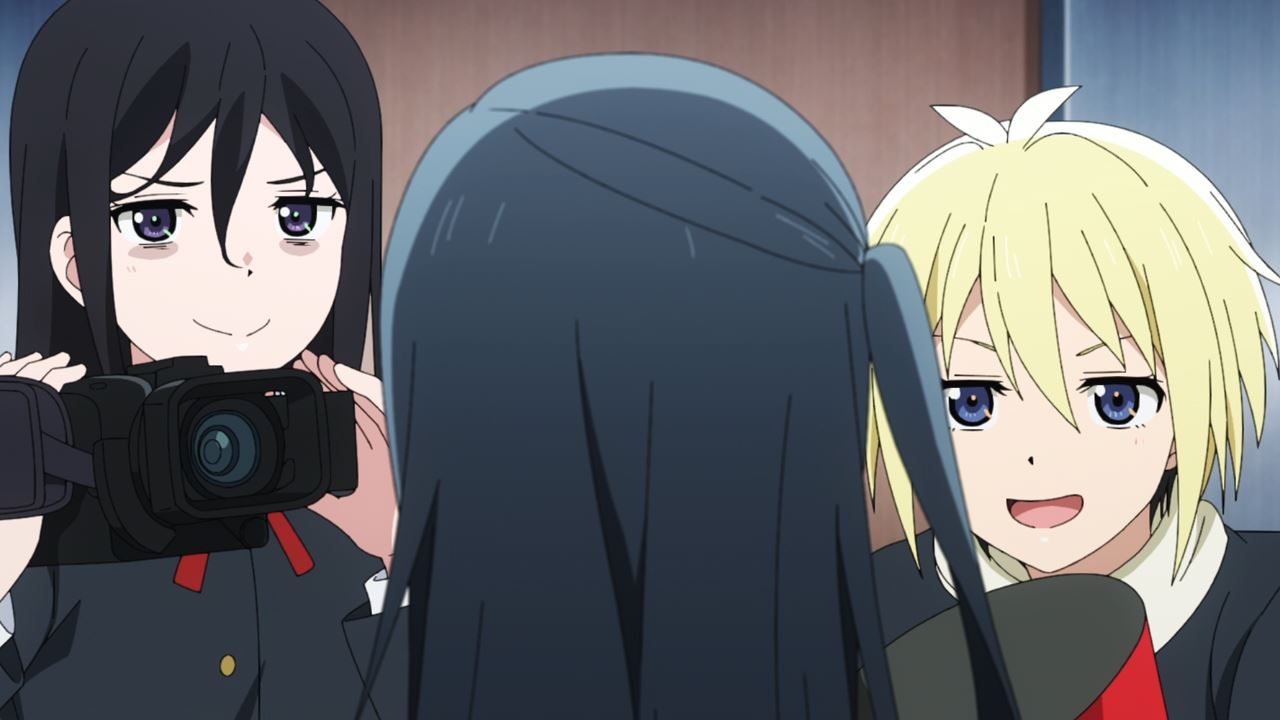 Oh boy, it appears that someone is really curious on who Setsuna Yuki is as the motion pictures club wants to get a scoop on Setsuna’s real identity. 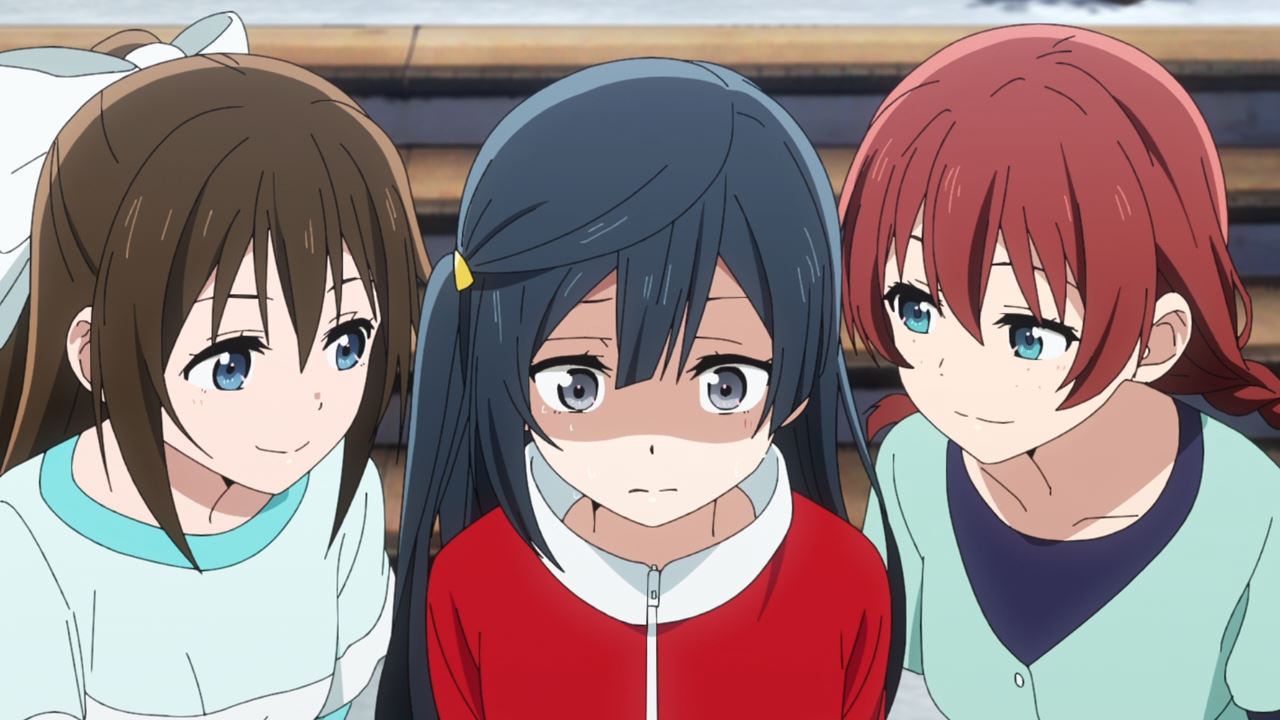 And speaking of Setsuna, she’s worried that everyone will be shunned when the student council president Nana Nakagawa is actually the mysterious school idol Setsuna Yuki. 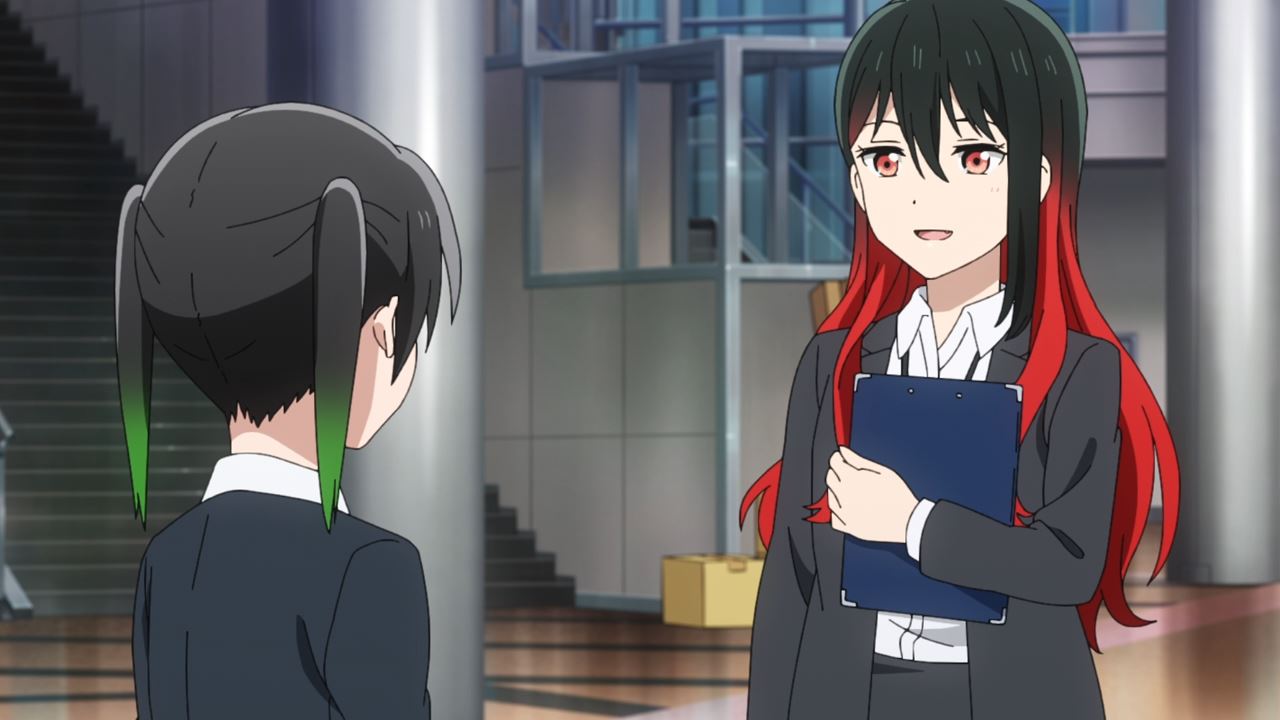 Meanwhile, here’s Kaoruko Mifune where she’ll be a student teacher in Nijigasaki High School. Oh yeah, she told Yu Takasaki to make friends with Shioriko as Kaoruko doesn’t want her little sister to act aloof all the time. 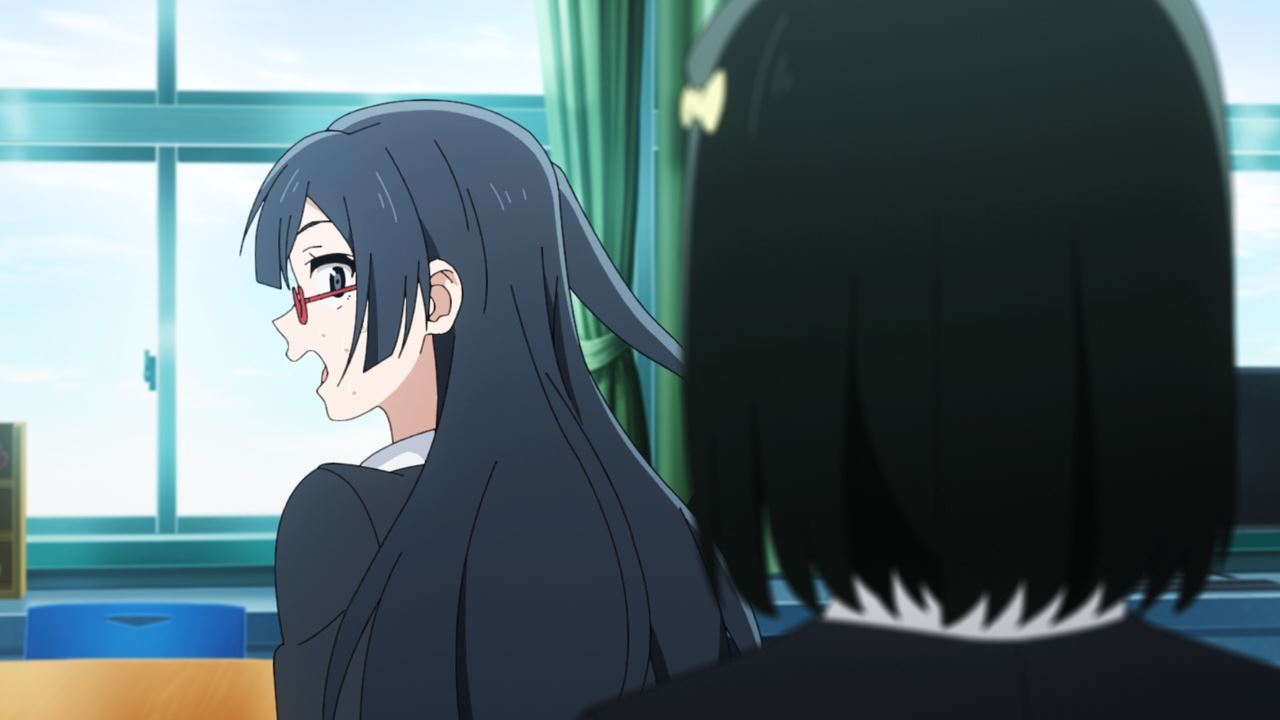 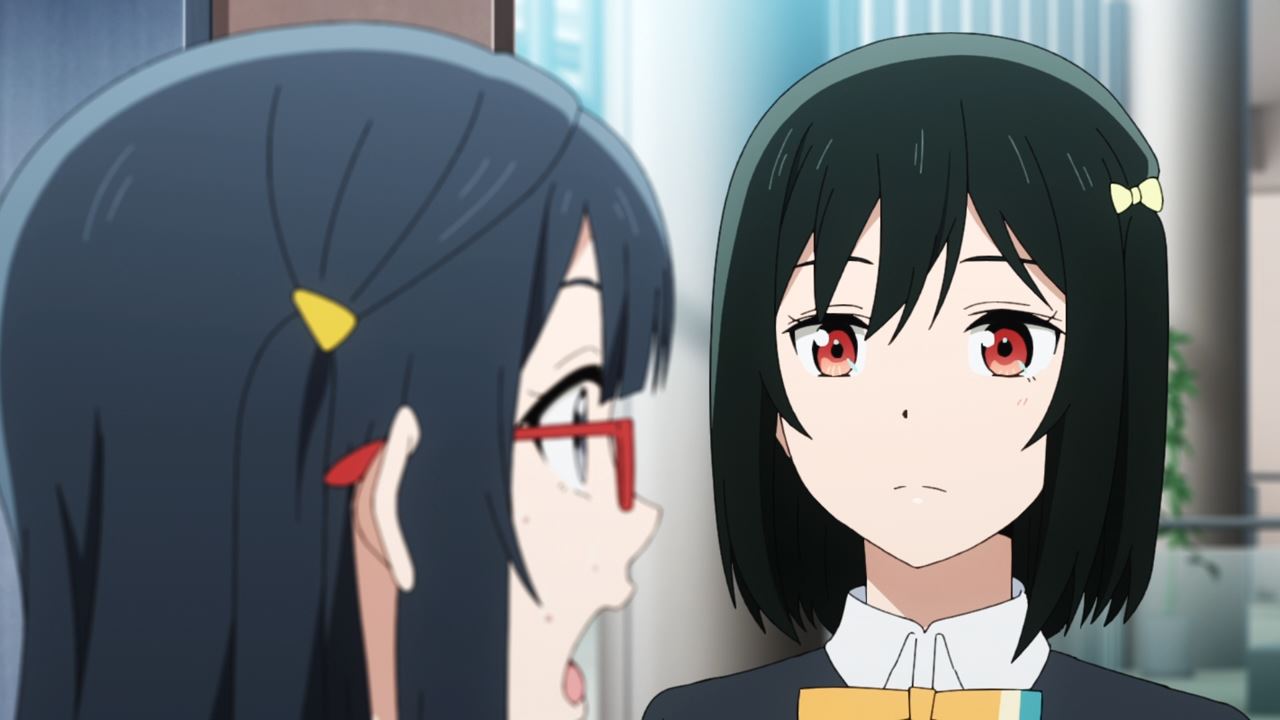 But speaking of Shioriko Mifune, it looks like she accidentally saw Nana Nakagawa transforming into Setsuna Yuki. Man, the world has frozen over with this reveal, huh? 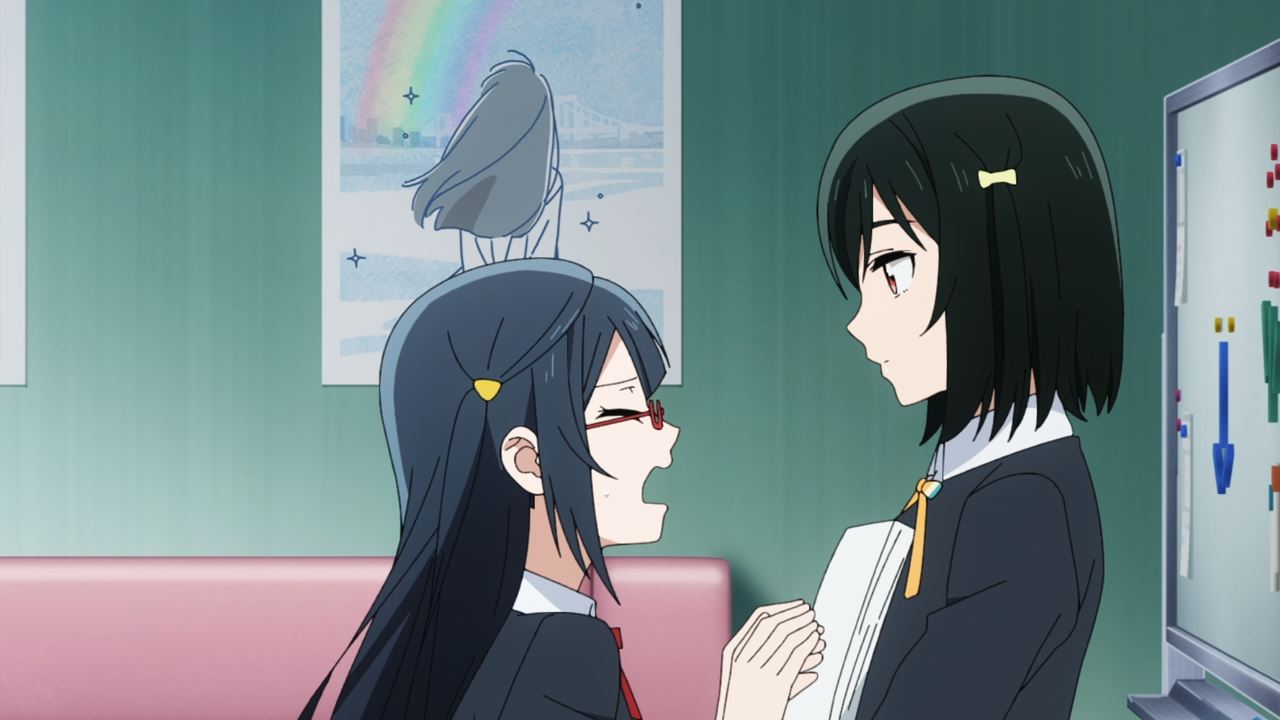 Anyways, Nana or Setsuna tries to convince Shioriko not to reveal her secret identity to everybody, although I’m scared that Shioriko will do something nasty later.

Except that Shioriko won’t do that in this anime compared to the School Idol Festival All-Stars mobile game where she’s initially antagonistic towards school idols. And besides, Shioriko came up with an idea that they should add school idol concerts during the cultural fair. 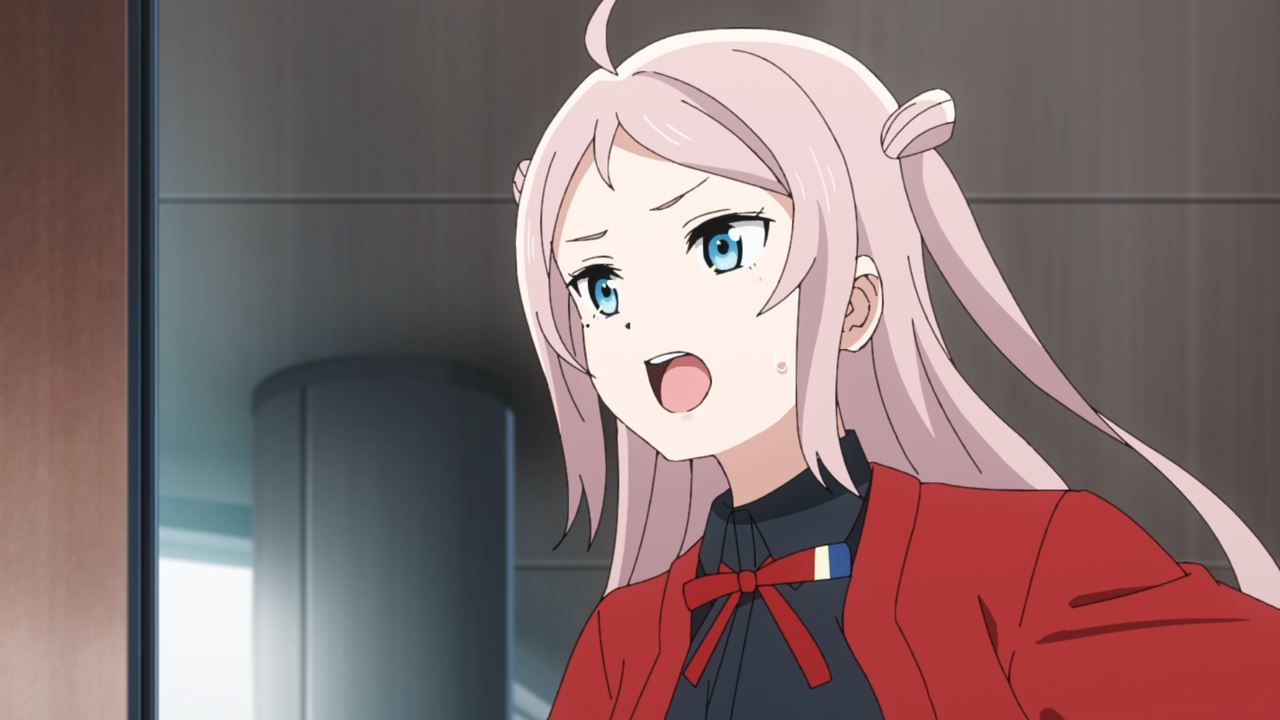 Sadly, it appears that the school idol festival at Nijigasaki High School might get canceled as Lanzhu Zhong is surprised to hear the terrible news. Man, sucks that we won’t see Lanzhu’s solo performance. 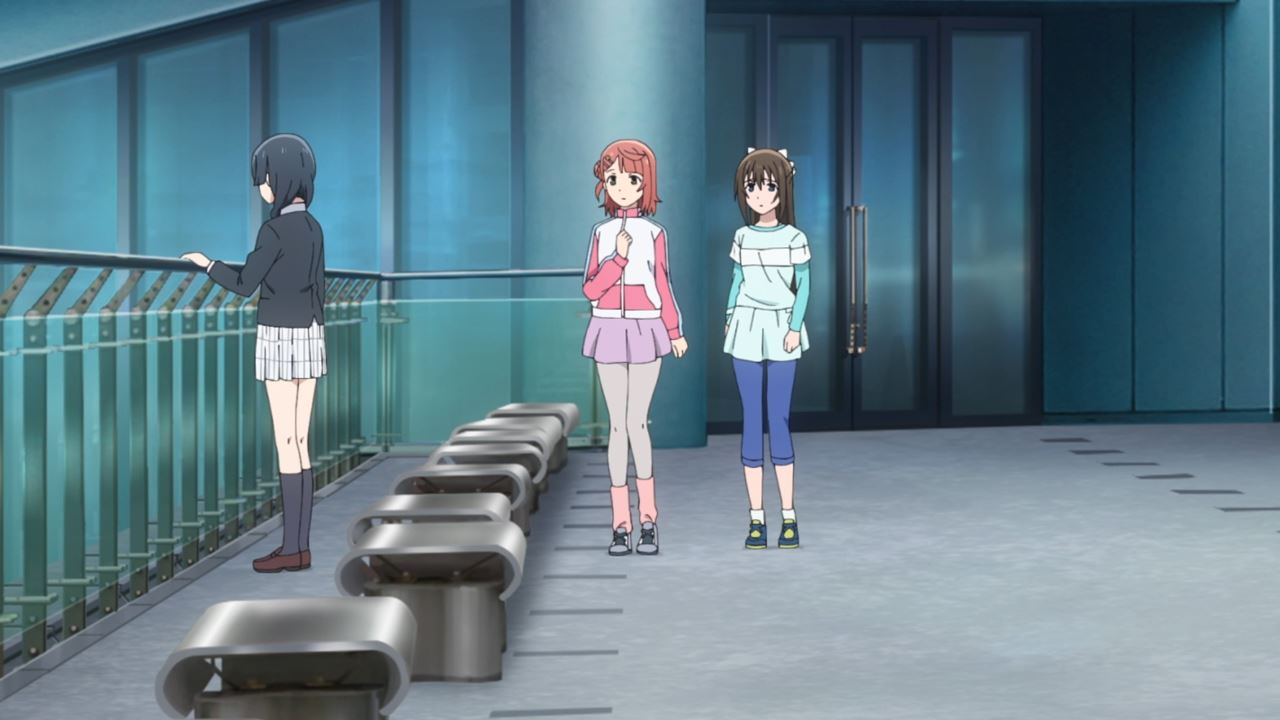 Meanwhile, seems that Nana Nakagawa felt disappointed at herself that she couldn’t strike a balance between the cultural fair and the school idol festival given that the school might not have enough time to feature both events. 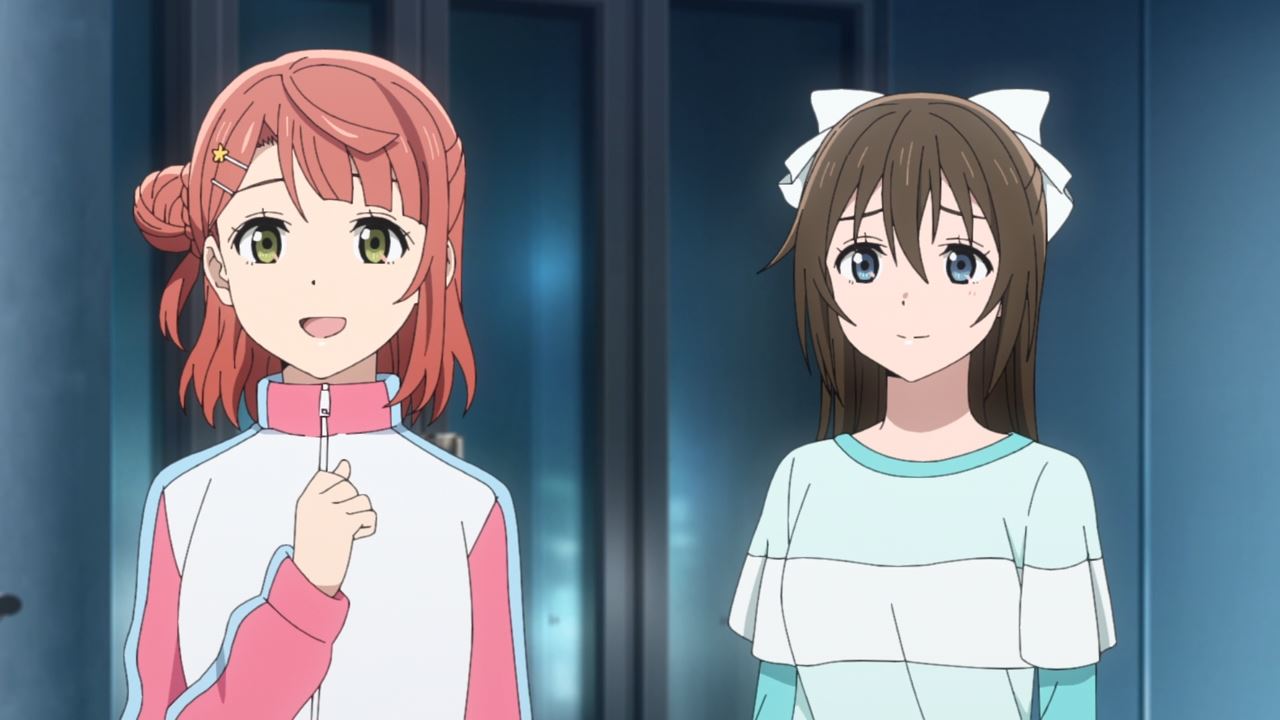 Of course, Nana Nakagawa (or Setsuna Yuki) is not alone as she has both Ayumu Uehara and Shizuku Osaka backing her up. Oh, and it’s not just these two. 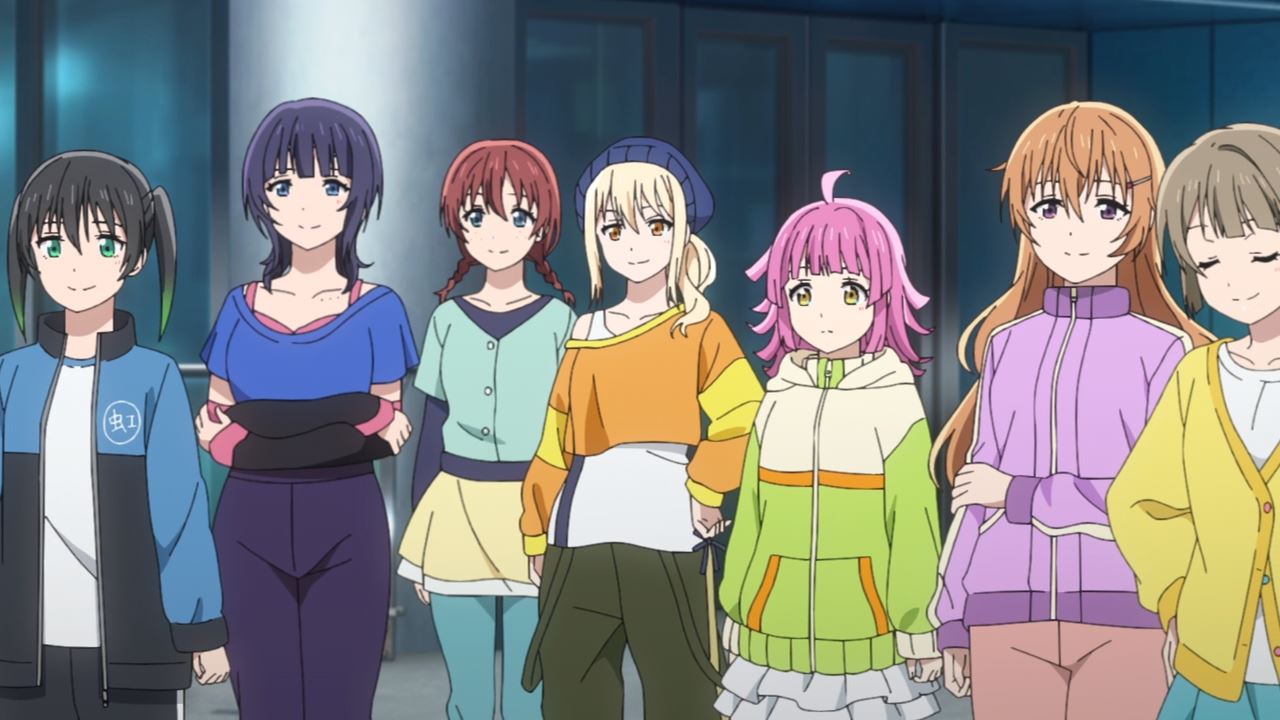 But the entire school idol club where everyone is helping Setsuna Yuki in solving this crisis. Now then, how will Nijigasaki High School host a successful cultural fair and a school idol festival at the same time? 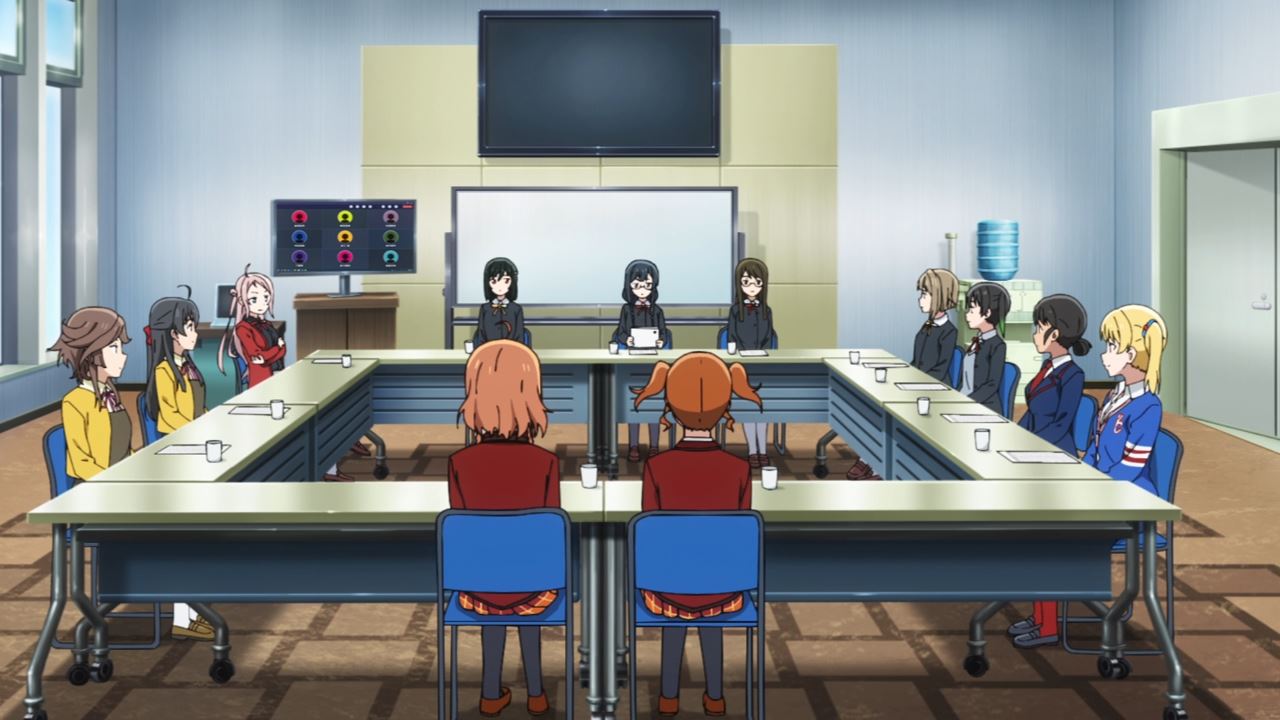 Well, why not invite various schools to help them out… except that they’re busy preparing their own festival. 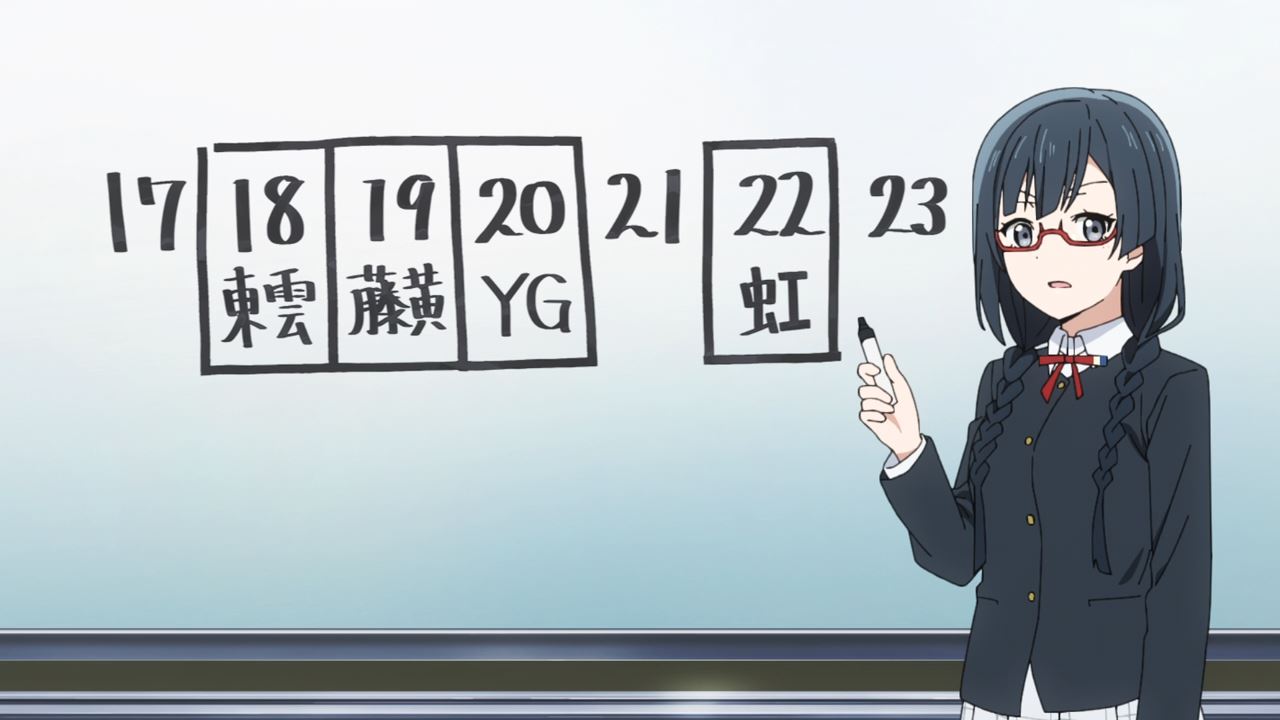 That’s until Nana Nakagawa suggested to have everyone work together to host a week-long school idol festival. Unfortunately, there’s a gap between Y.G. International Academy and Nijigasaki High School so the momentum is lost. 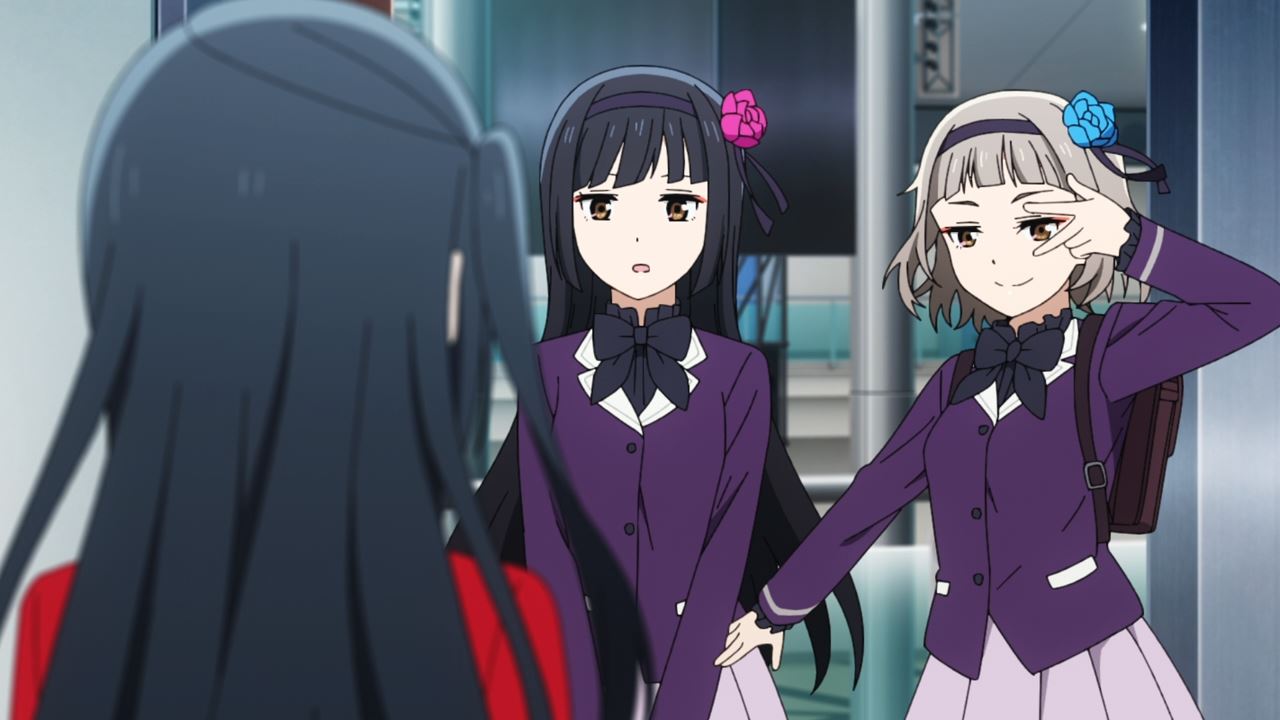 Fortunately, someone appeared at the last minute where the representatives of Shion Girls’ Academy, Sakura and Sakuya Kurobane, volunteered to help the rest of them.

Oh yeah, and the reason why Shion Girls’ Academy jumped ship is because of Lanzhu Zhong where they’re inspired by her performance. 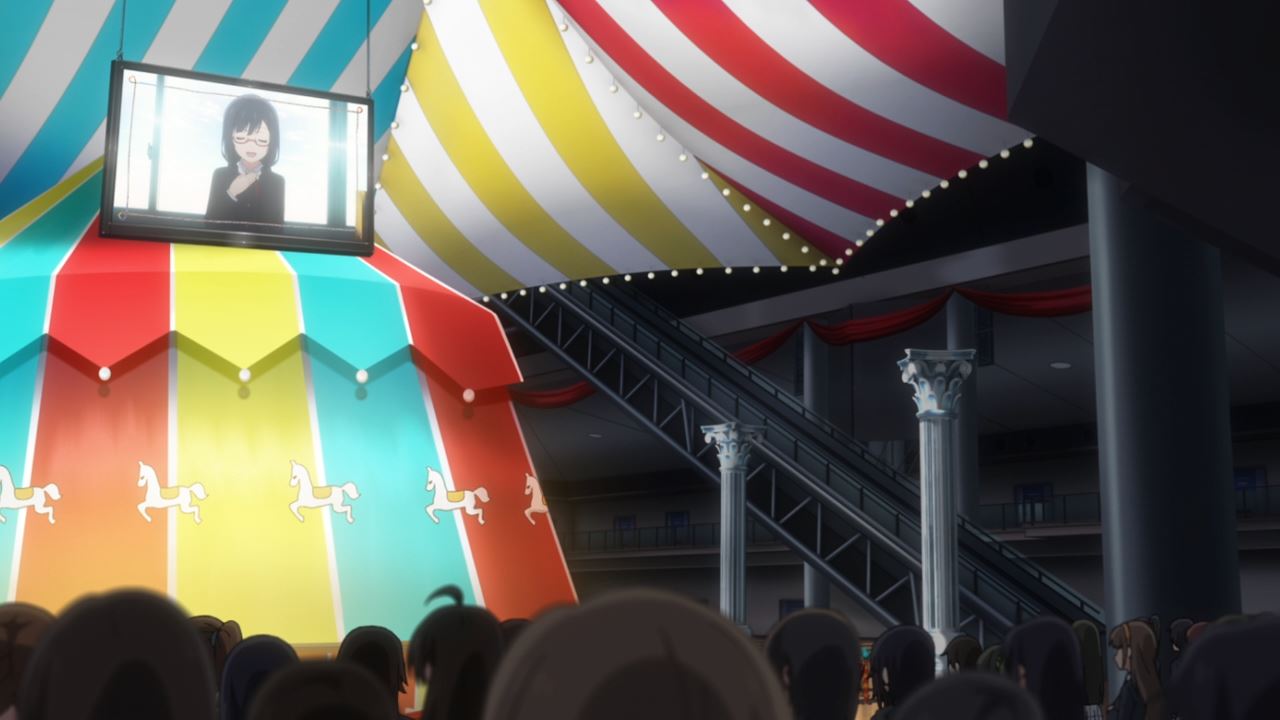 Now then, it’s time for the main event where Nijigasaki High School will bring in the big guns. But before that, a message from Nana Nakagawa where she has an important announcement. 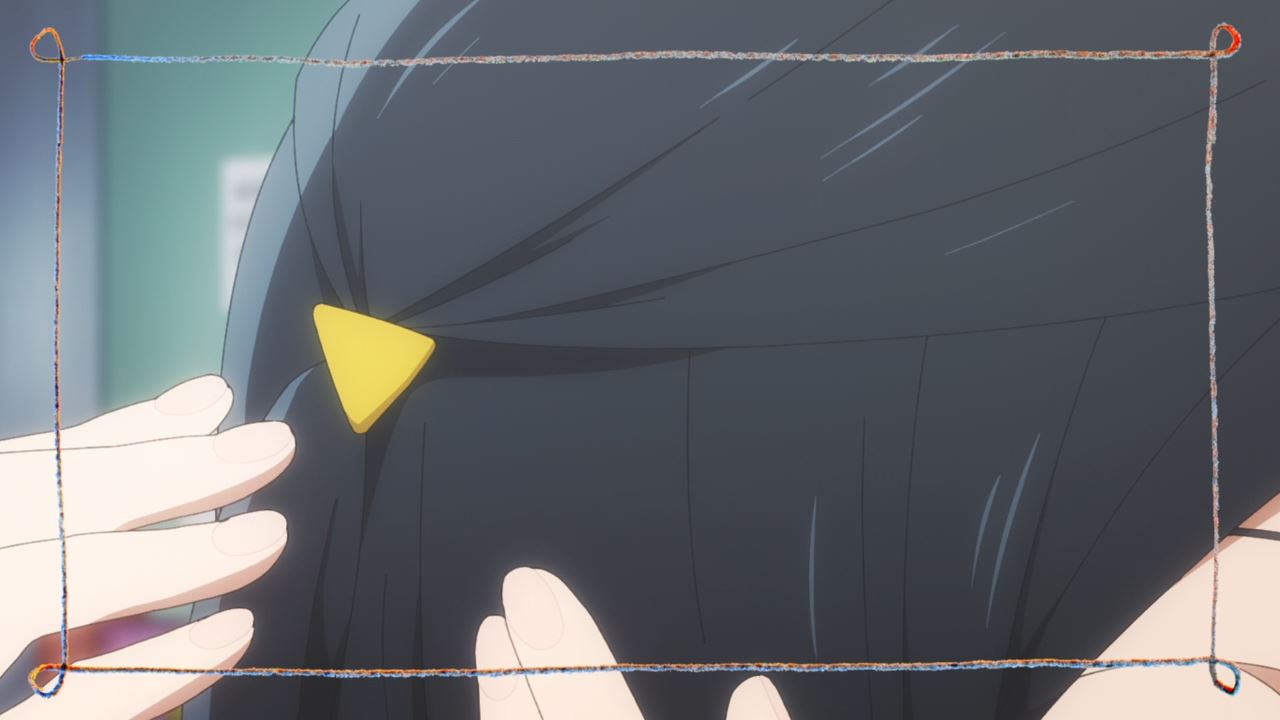 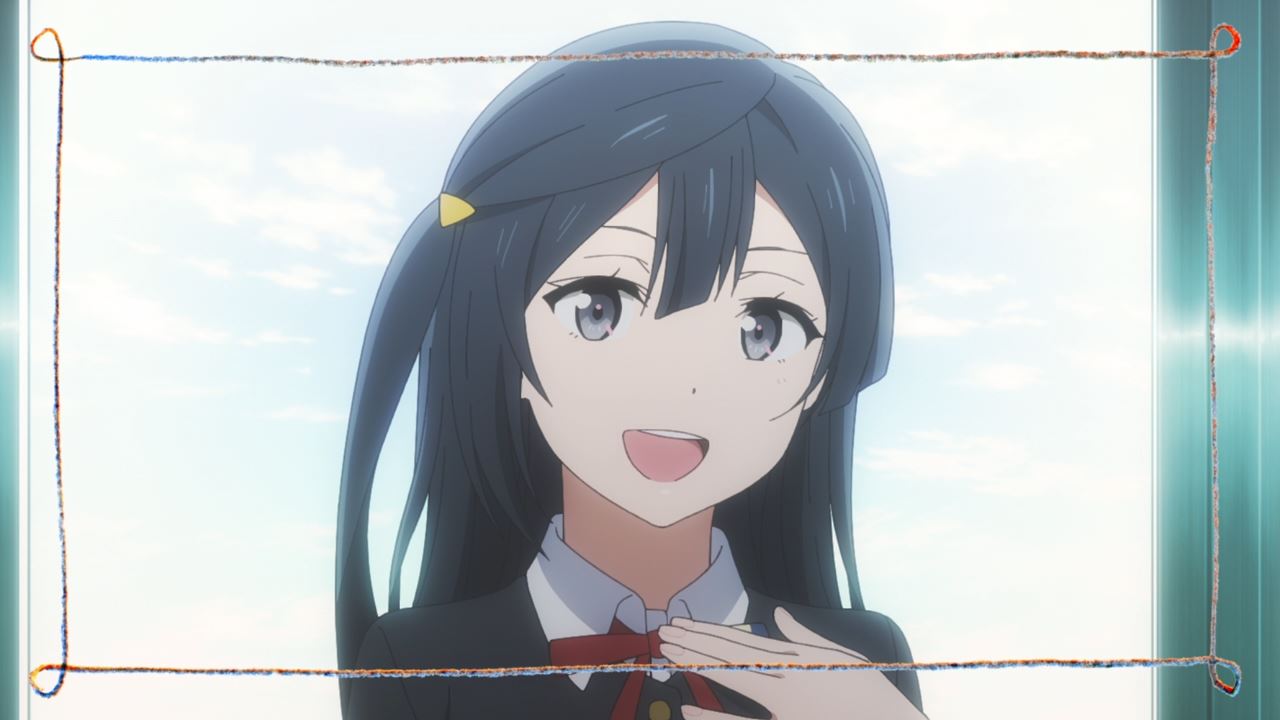 Turns out that she reveals herself to be Setsuna Yuki, the mysterious school idol. Damn, colored me surprised since I know her real identity. 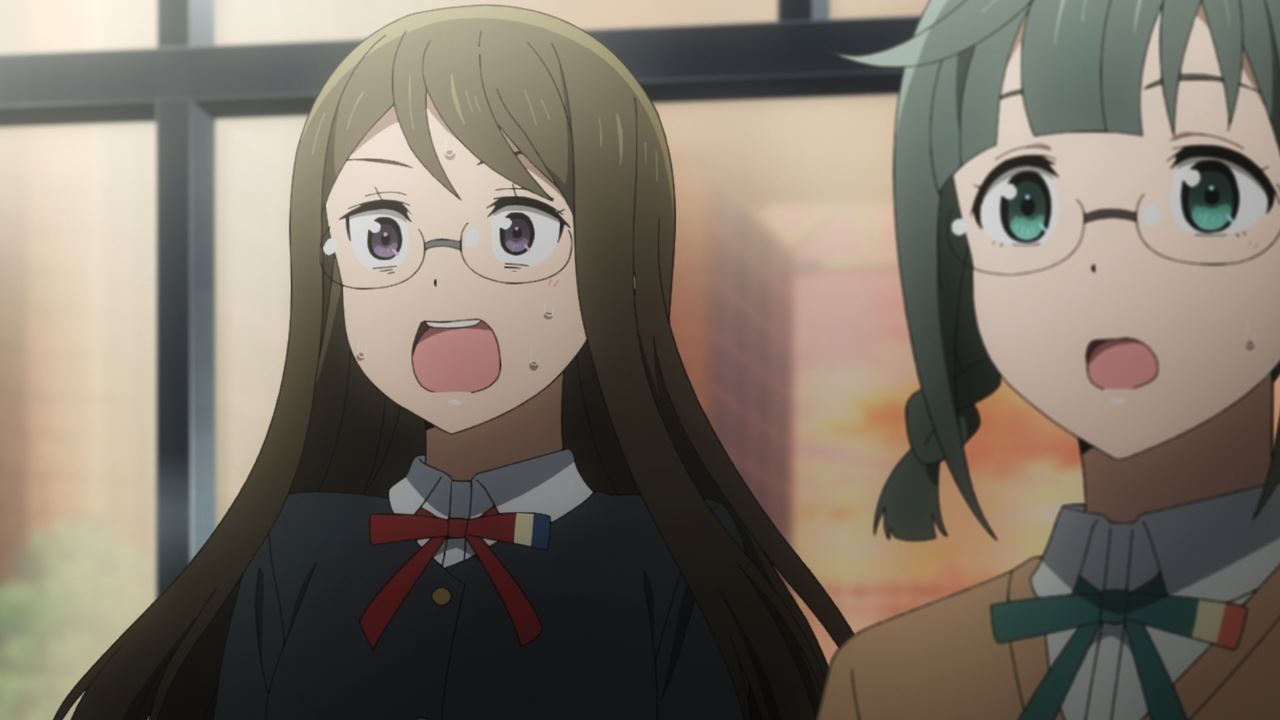 But for the rest, it’s quite a shocker that the most dignified person in Nijigasaki High School is the famous school idol Setsuna. Of course, she’s not gonna perform by herself. 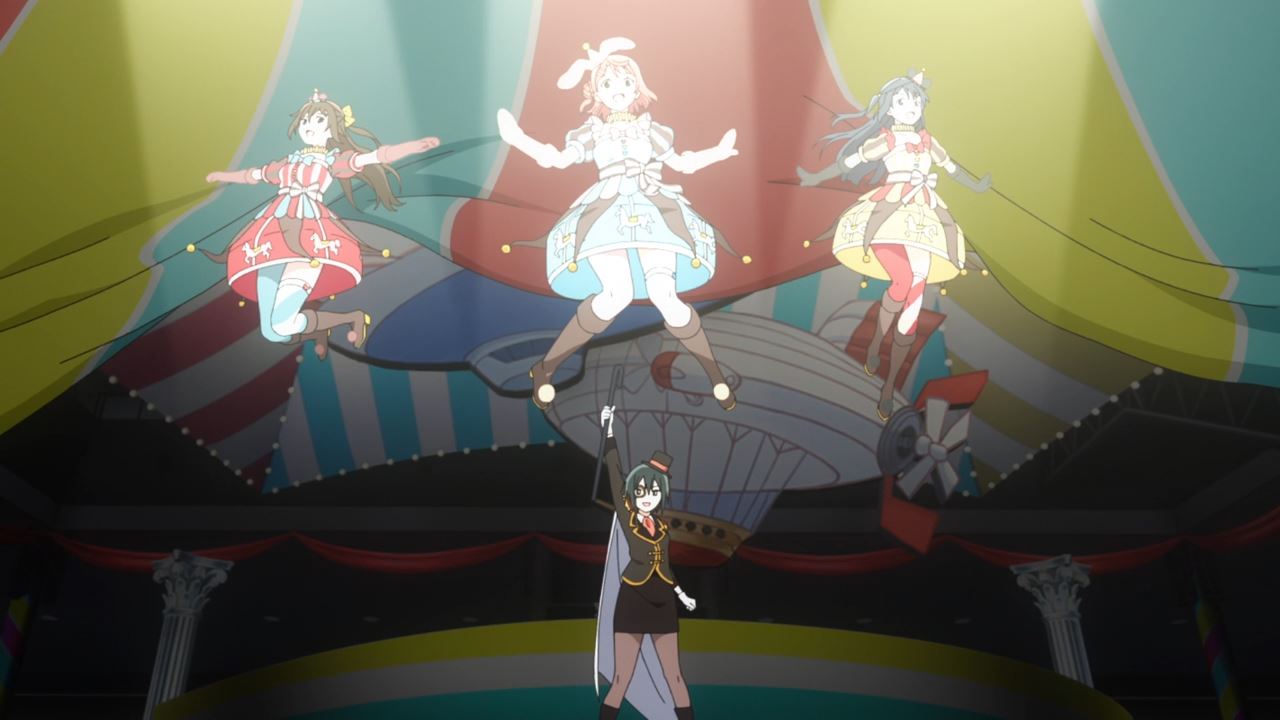 In fact, she’s joined by both Ayumu Uehara and Shizuku Osaka as they introduce themselves as A・ZU・NA. By the way, I give props to the theater club president for that wonderful introduction. 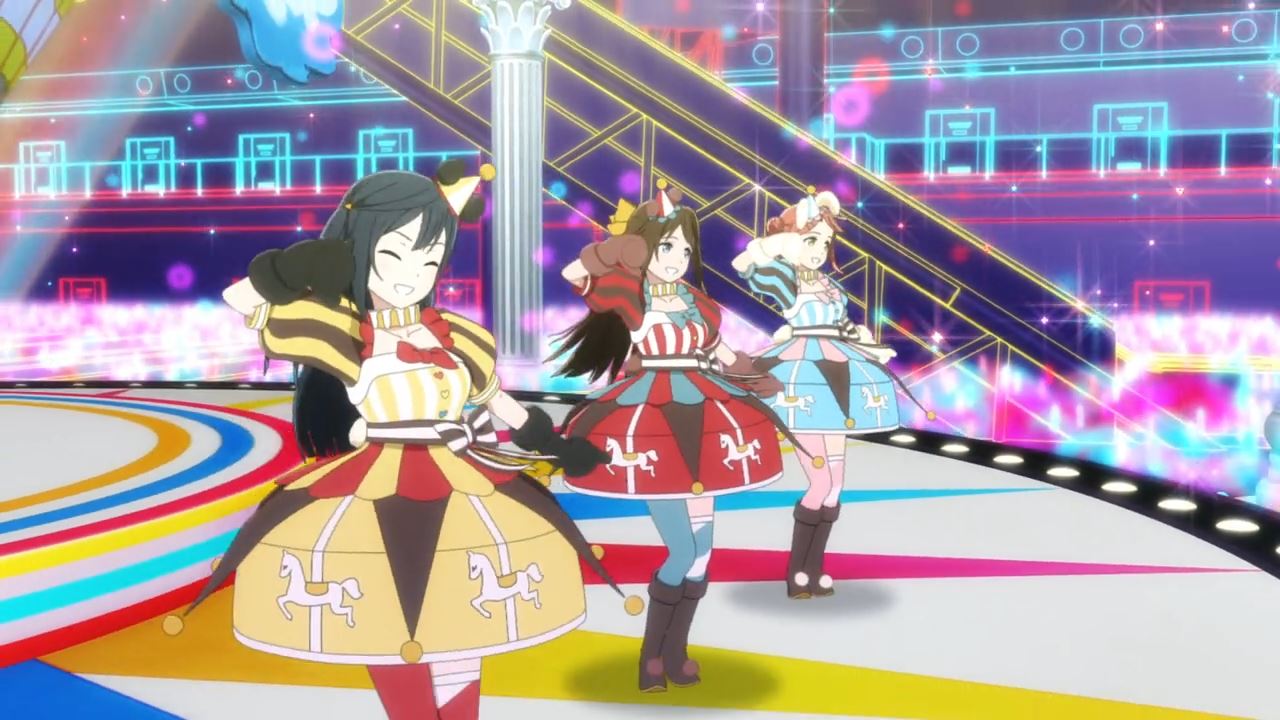 And now, it’s time to see A・ZU・NA stealing the show as they perform “Infinity! Our wings!!” in front of the students. Man, I wish Tomori Kusunoki can sing and dance again in the upcoming concert. 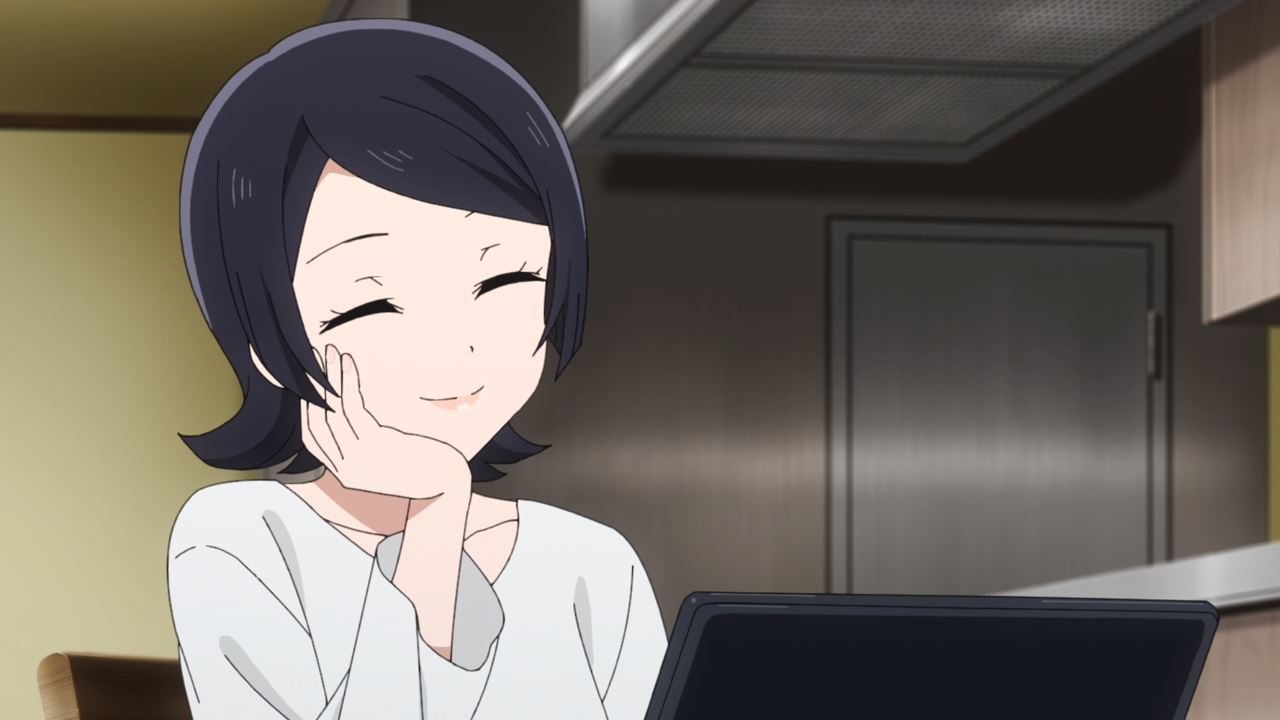 By the way, their performance is streamed live, meaning that Nana’s mother is happy to see her daughter sing and dance as a school idol. I guess she knows Nana’s secret identity, huh? 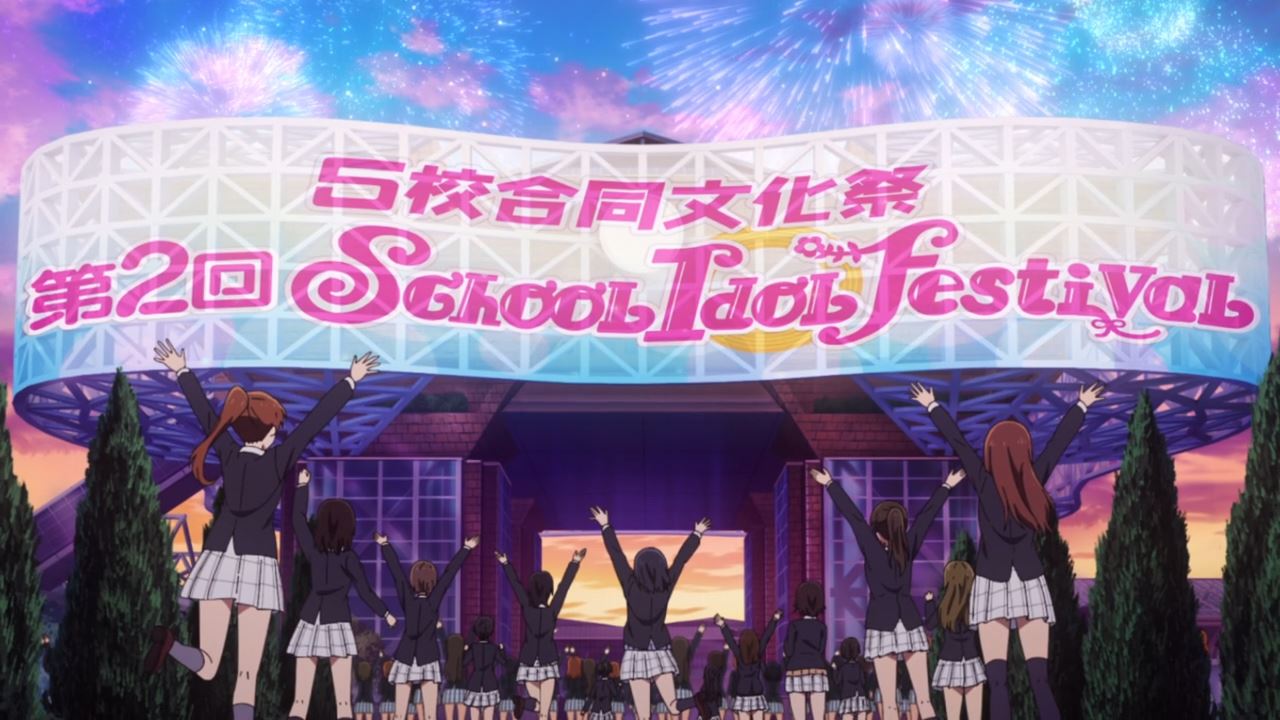 But that concludes the week-long school idol festival where everyone felt satisfied that all five schools worked together to make an amazing festival. 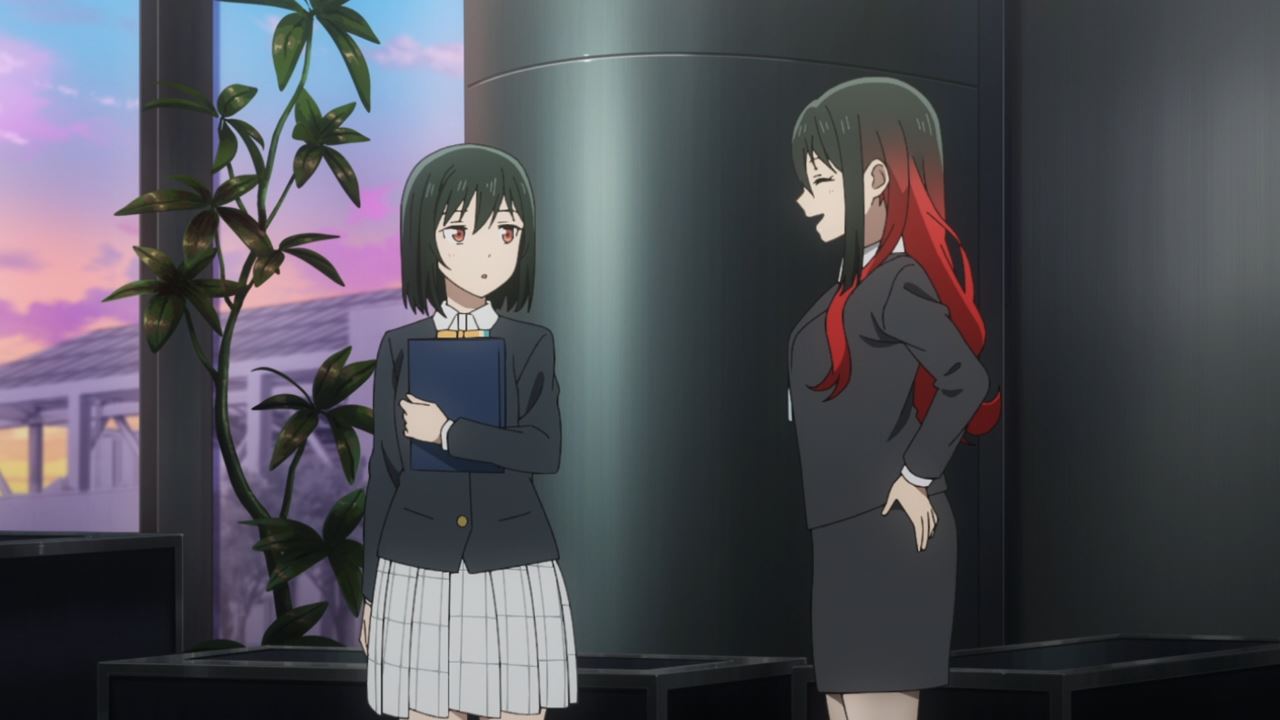 Oh, and one more thing as Kaoruko told Shioriko that she should become a school idol herself. Well everyone, looks like the Shioriko Mifune story arc is approaching.

Anyways, I’m happy that A・ZU・NA made a stunning show as I’ll see you next time!