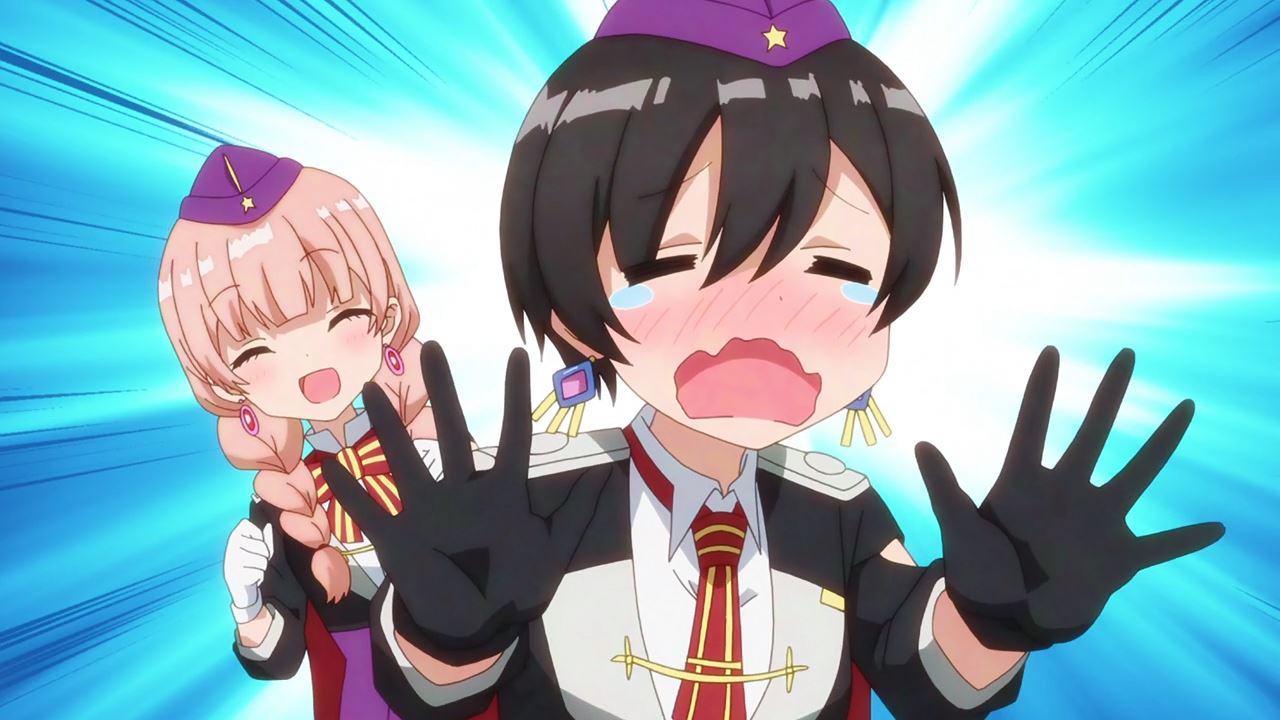 Let’s start this episode with Mona and Serah where the latter made a grievous mistake that she ask the RPG Real Estate for help in finding houses for the refugees.

Honestly, Serah should be fired for being incompetent at the worst time possible. 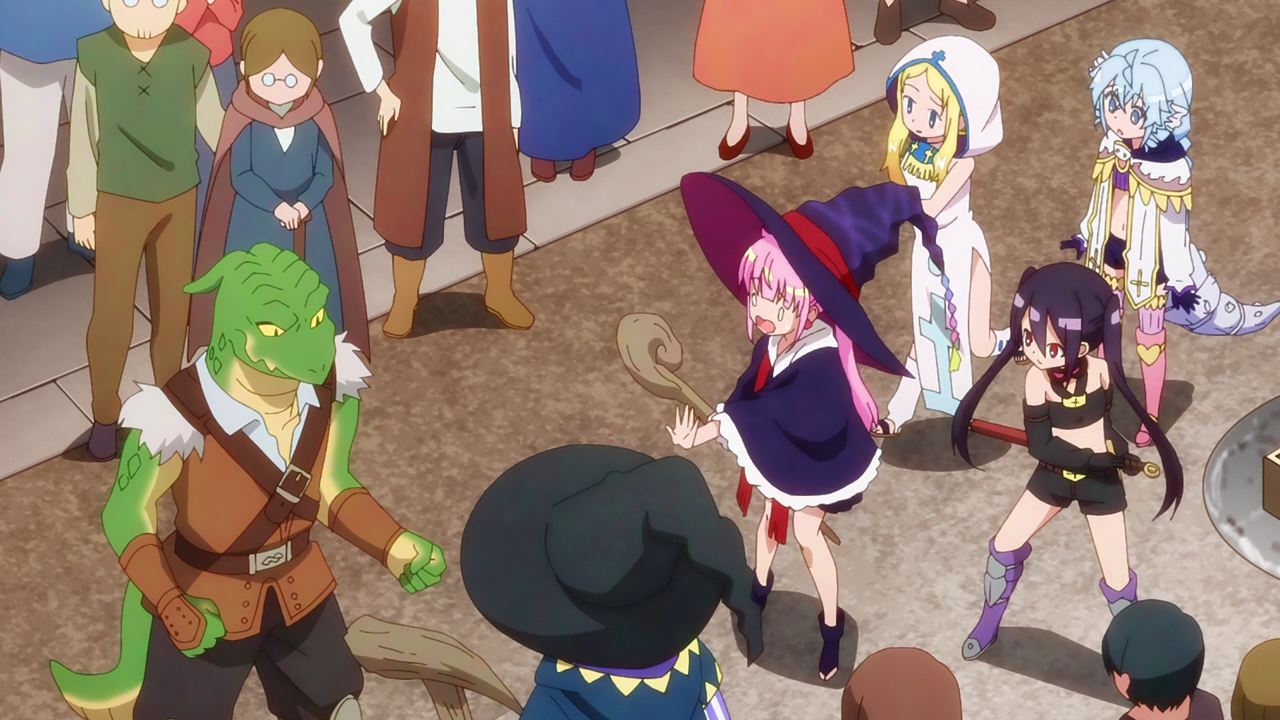 But anyways, looks like we have a heated argument between a lizardman and a magician. Kotone Kazairo and the rest tries to calm these two adventurers but to no avail. 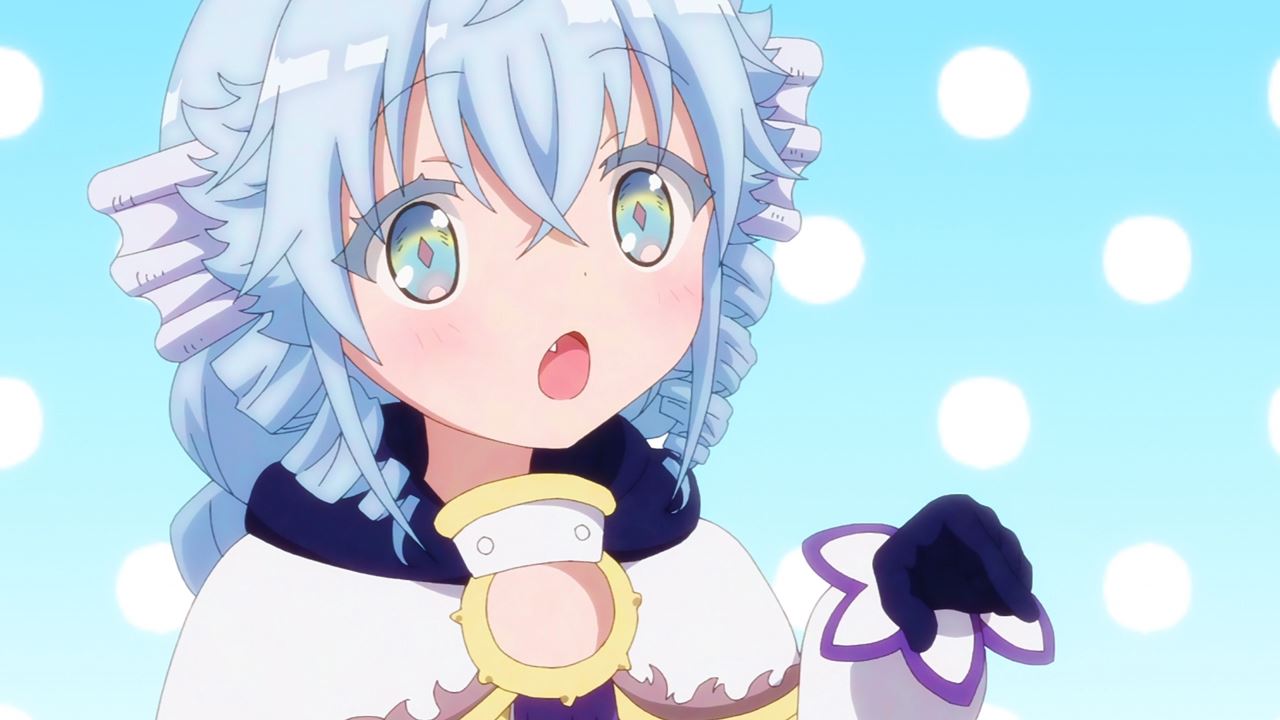 That is until Fa translated the lizardman’s words where he found a secret passage in this castle. Glad that they brought Fa-chan in this situation. 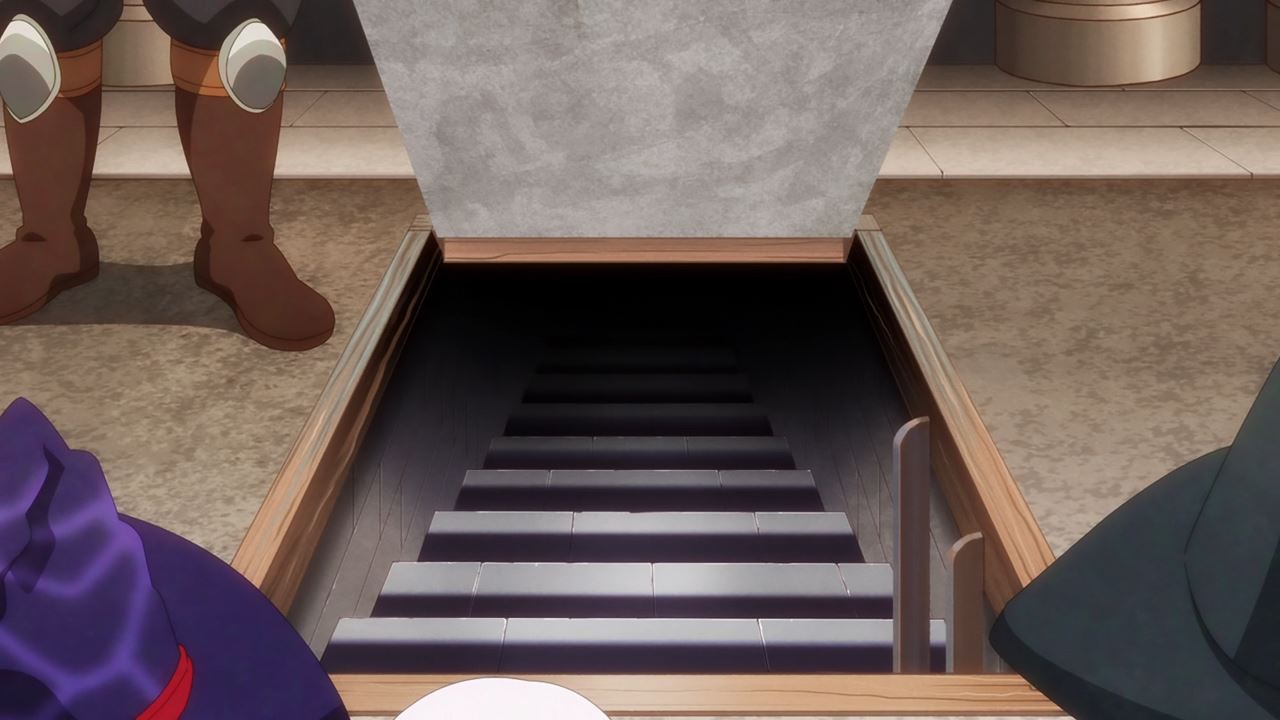 Anyways, the lizardman found the secret passage after digging out the surface. I wonder where it leads to? 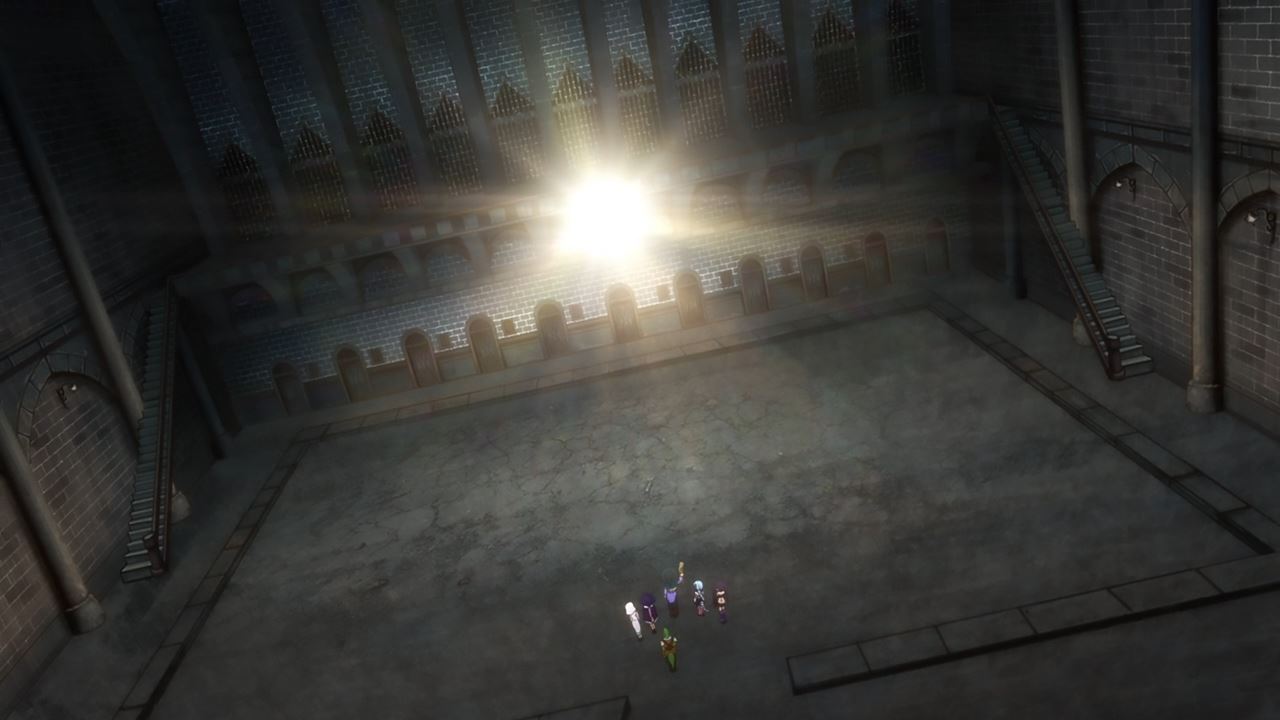 Turns out that there’s a large prison complex underneath the castle and while it looks gloomy, it’s serviceable for the refugees as the magician brought some light inside the complex. 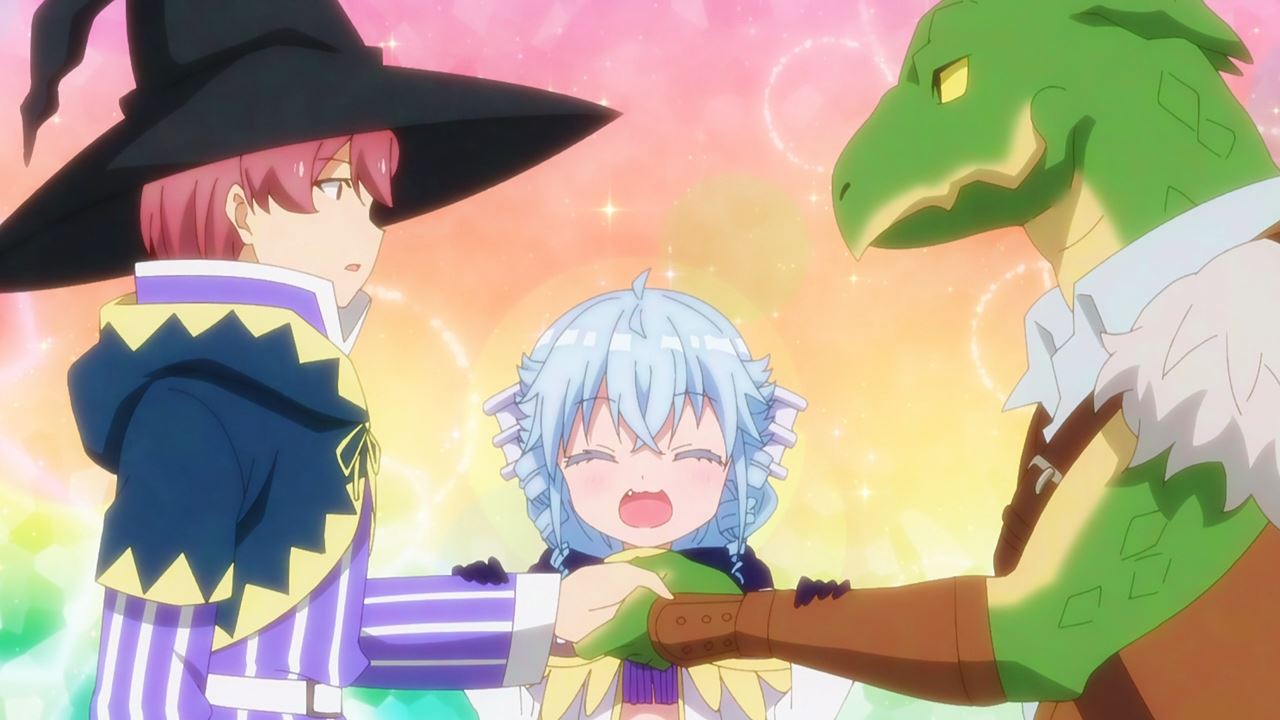 By the way, both the lizardman and the magician became friends thanks to Fa-chan. Seriously, she’s a lifesaver when it comes to coexistence between monsters and humans.

Still, I’m curious if Fa has some connection with the dragon that attacked a nearby town… unless she actually transformed into a rampaging dragon when Fa is sleep-walking. That would be worse! 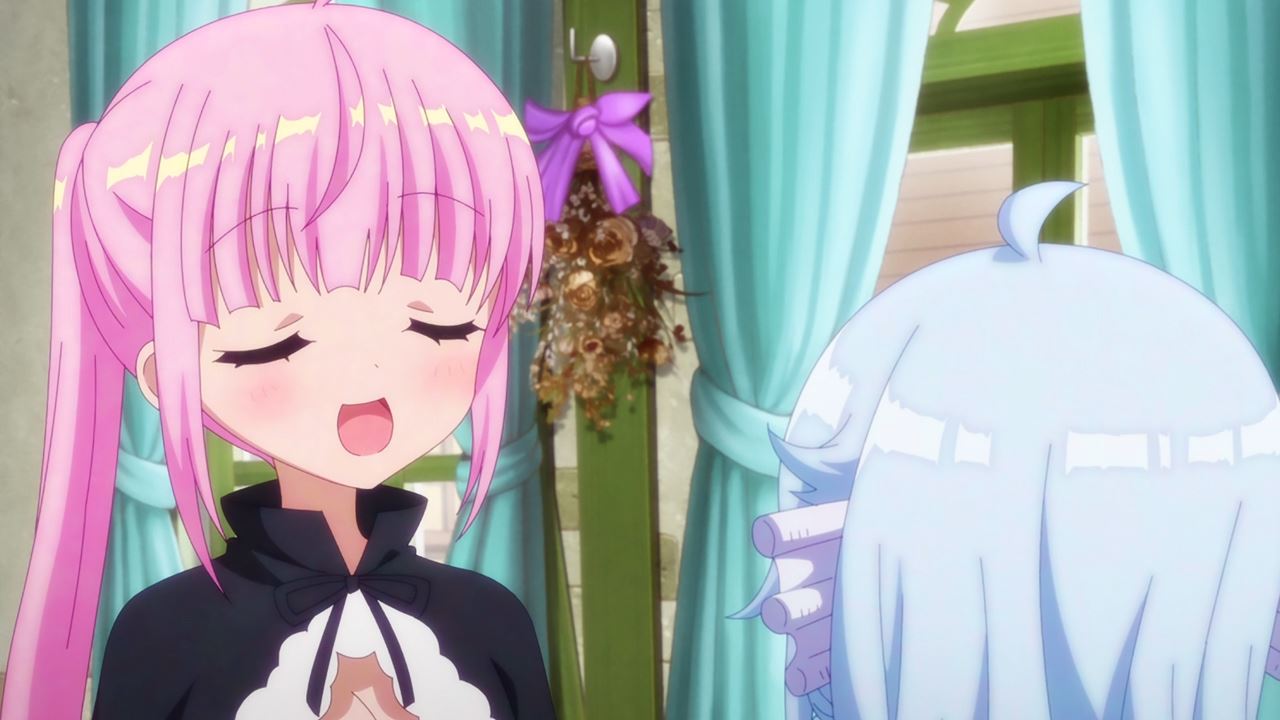 By the way, it appears that Kotone is singing a lullaby, although she forgot the rest of the lyrics. 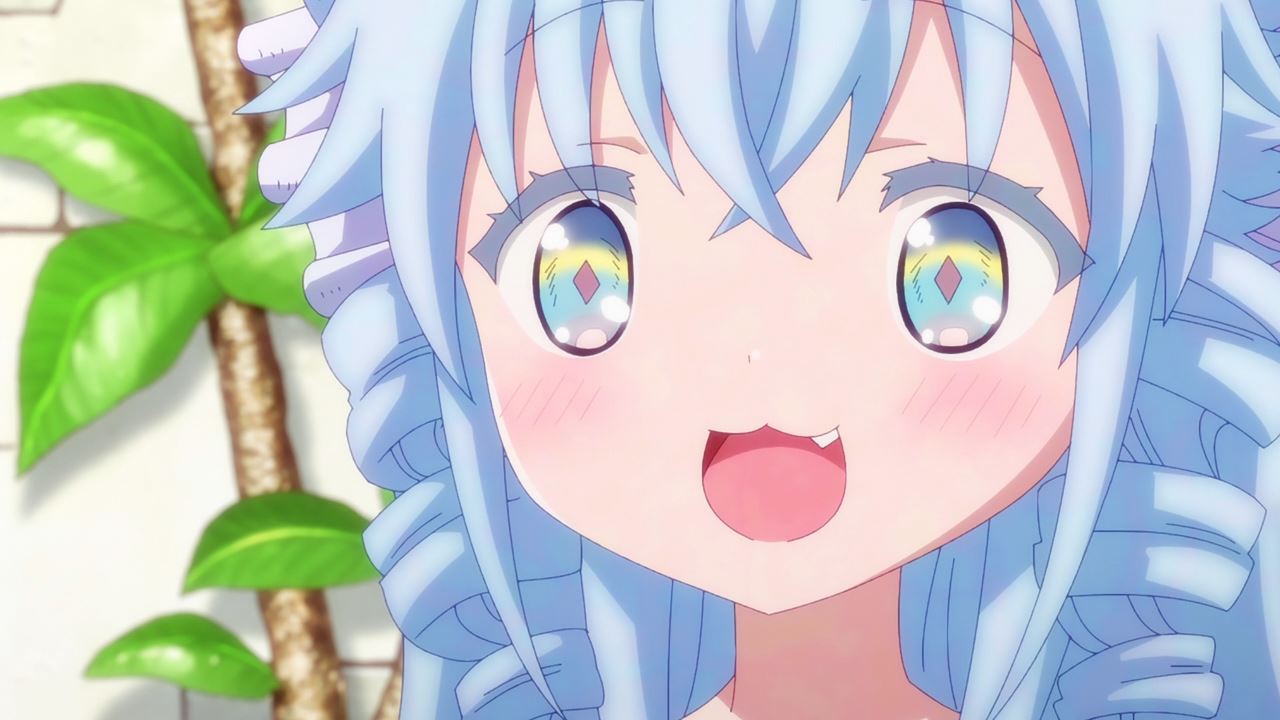 Still, Fa-chan is really happy to hear Kotone Kazairo sing a lullaby of the white dragon. And speaking of lullabies, there’s one adventurer who sings it. 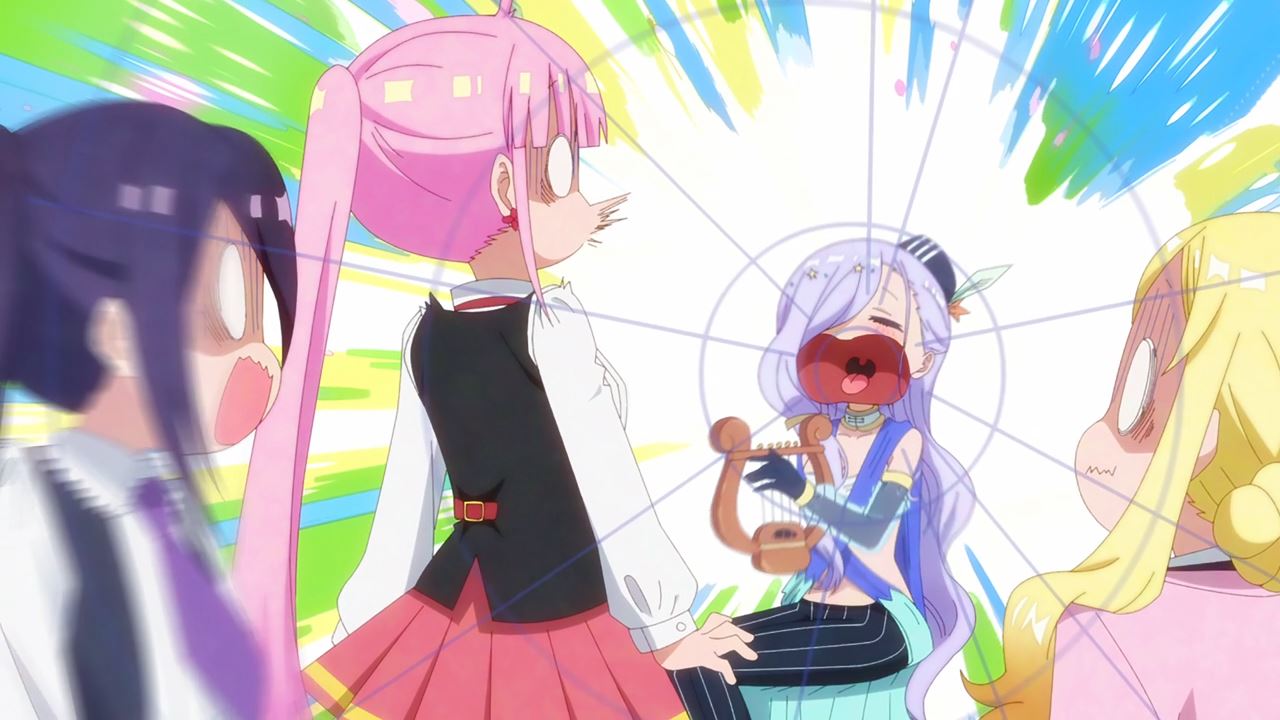 Albeit in the most horrible voice ever as the RPG Real Estate met a bard named Laura. The reason for it is because Laura is trained to kill monsters with her horrible vocals. Oh yeah, I forgot to mention that Laura is at her maximum level.

Anyways, Laura wants to find a place where she can sing without disturbing the neighbors. However, there’s no other decent place for a bard with a killer vocals. 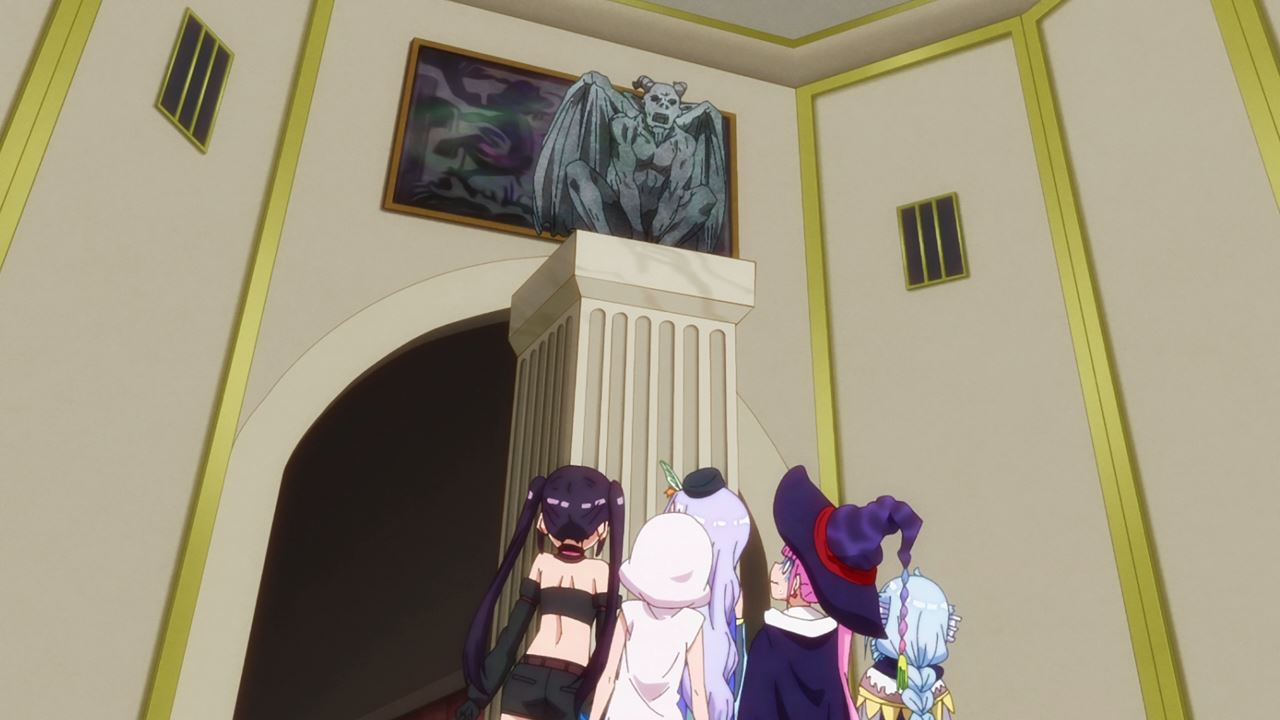 Well, there’s one option which is a large castle belonging to one of the dark lord’s henchmen. Even if the dark lord is defeated, the castle is still haunted. 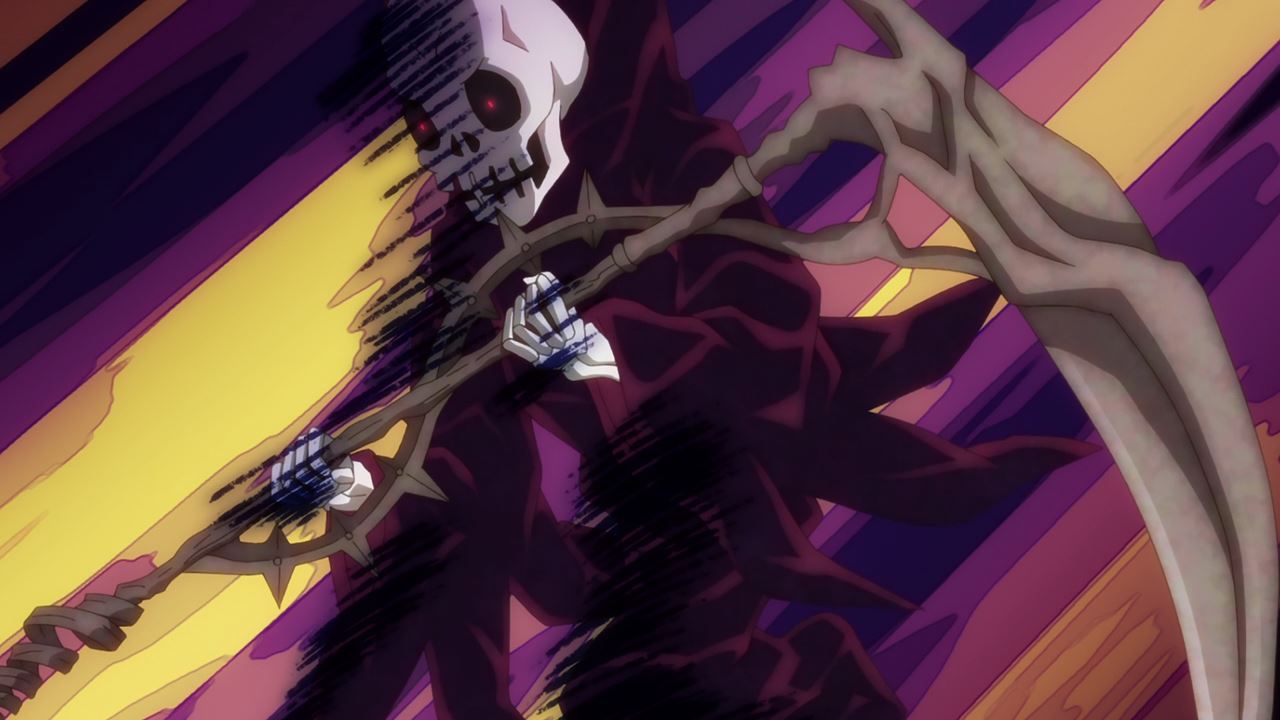 And speaking of being haunted, the castle is guarded by the grim reaper where he doesn’t want any humans trespassing this place. Yeah, looks terrifying to me! 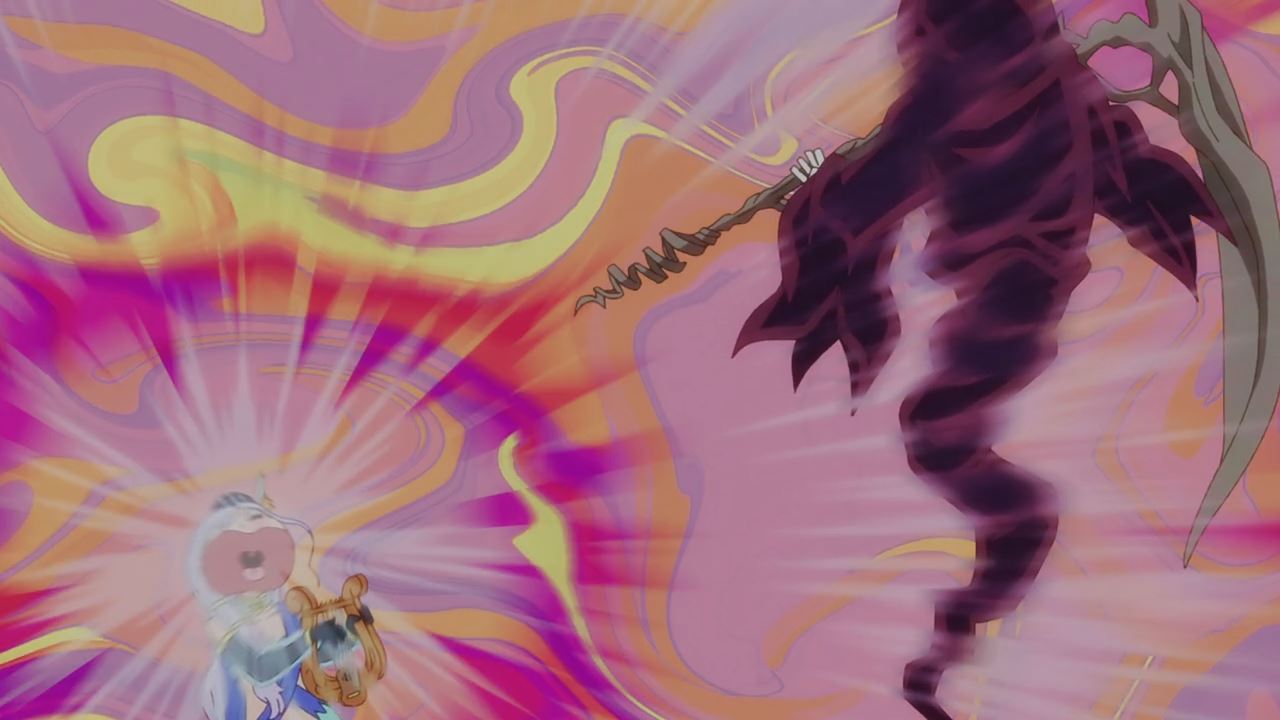 Of course, Laura doesn’t mind that ’cause this castle is perfect to practice her singing skills, albeit she might even kill the grim reaper with her sheer vocals alone. 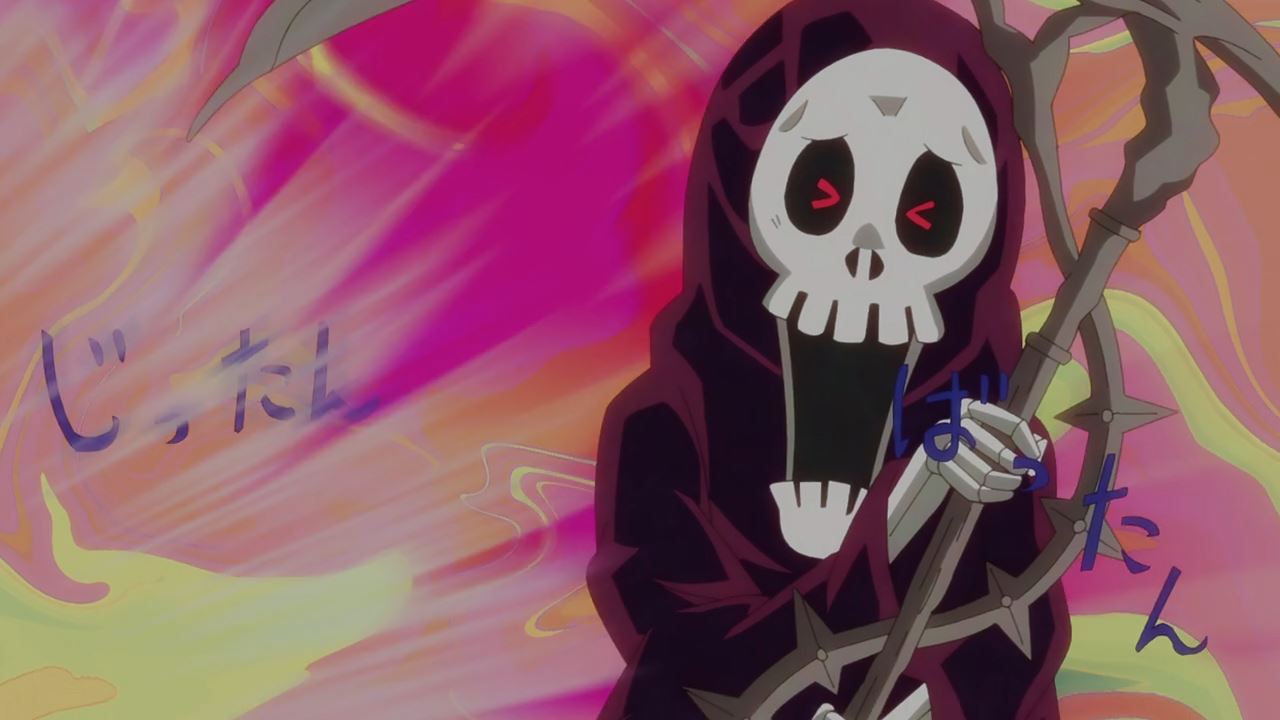 Speaking of the grim reaper, looks like he gave up as the grim reaper decides to leave the castle… but not before delivering a parting shot to Laura. 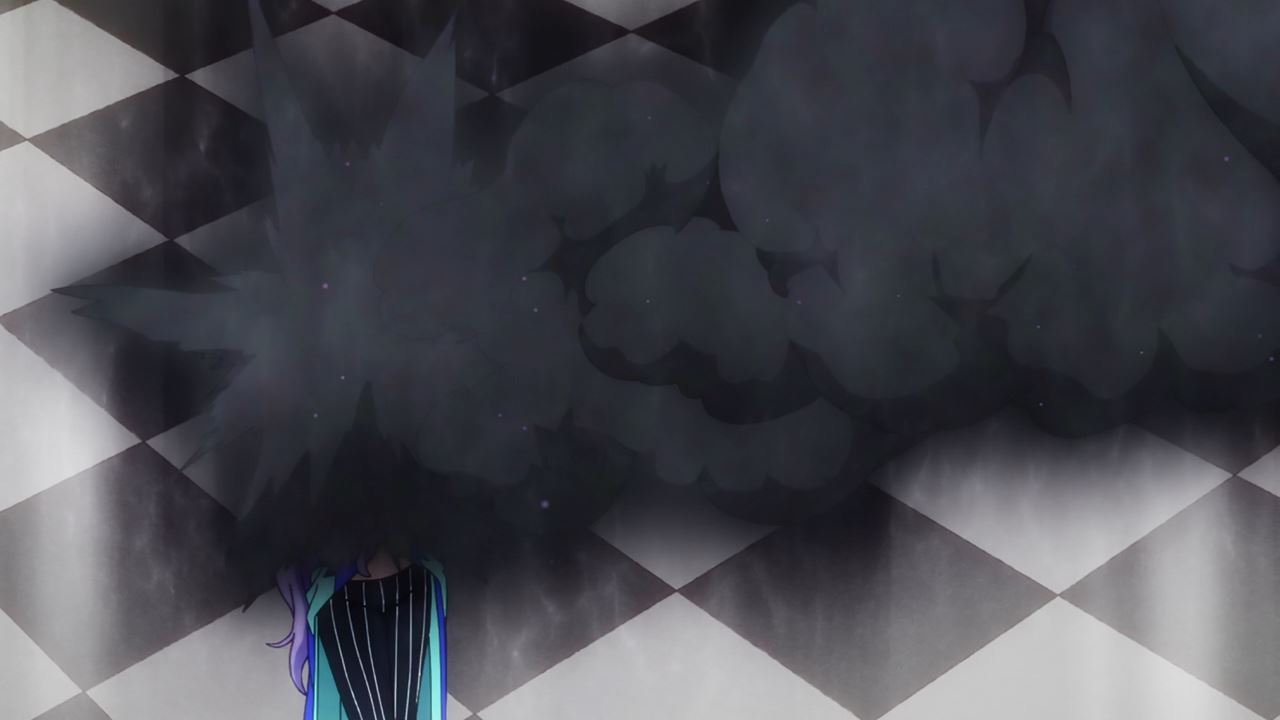 And that’s giving the cursed smoke to the bard where he wants to remove her horrible singing voice forever. But wait a minute, what if the grim reaper went too far with his curse. 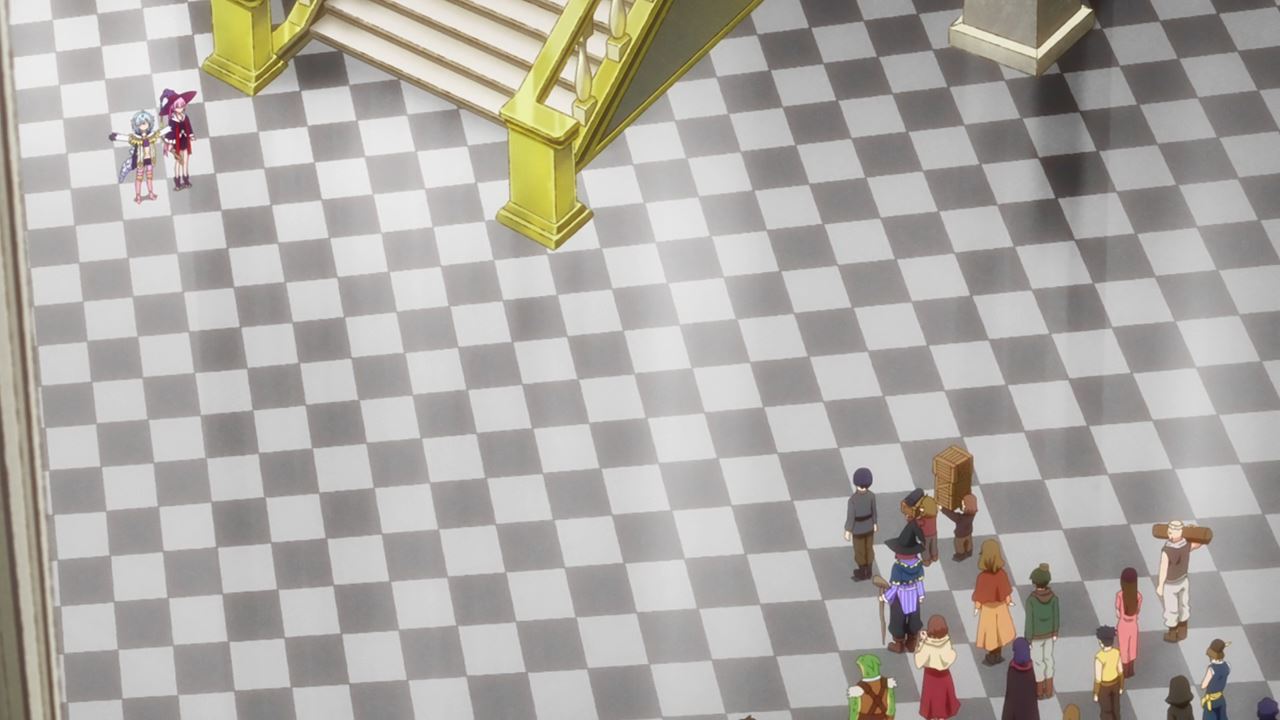 With that said, the castle is no longer haunted as the rest of the refugees can finally have a place to stay. Too bad that the bard not only lost her home but her singing voice… or is it? 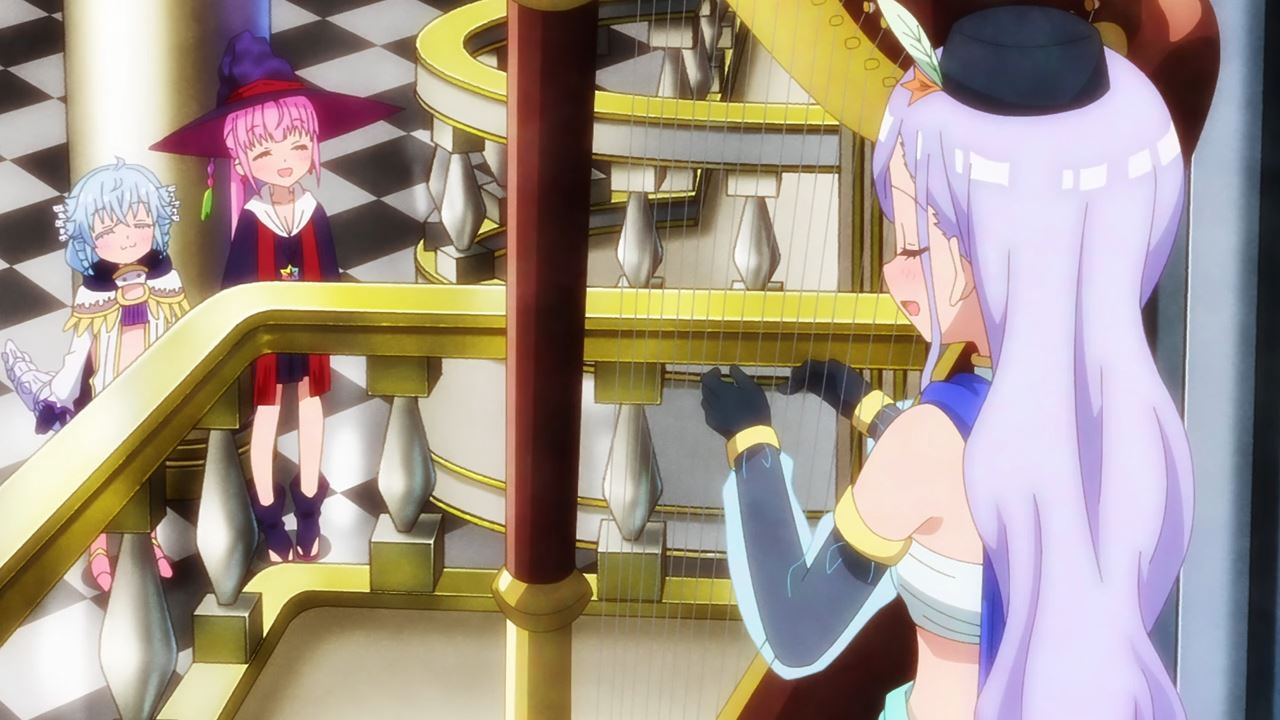 Turns out that Laura’s singing voice got tolerable thanks to the grim reaper’s curse. Not only that, but she can sing the rest of the lullaby clearly. Still, I wish Laura has a place to stay and entertain the refugees.

But that’s the end of this episode where the refugee crisis is somewhat resolved, but the dragon will remain a mystery until Lady Satona explains everything. Anyways, see ya next time!