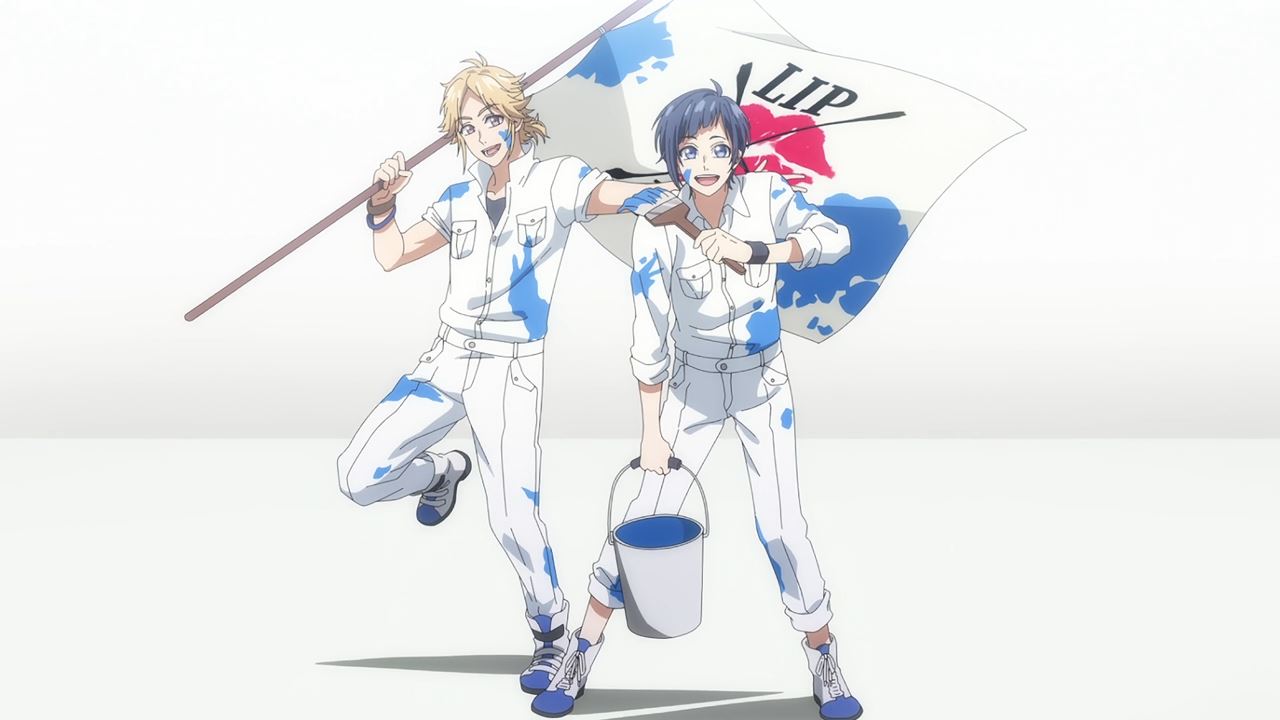 Time to keep LIP x LIP’s momentum going as both boys are here for another photoshoot. Look at them go! 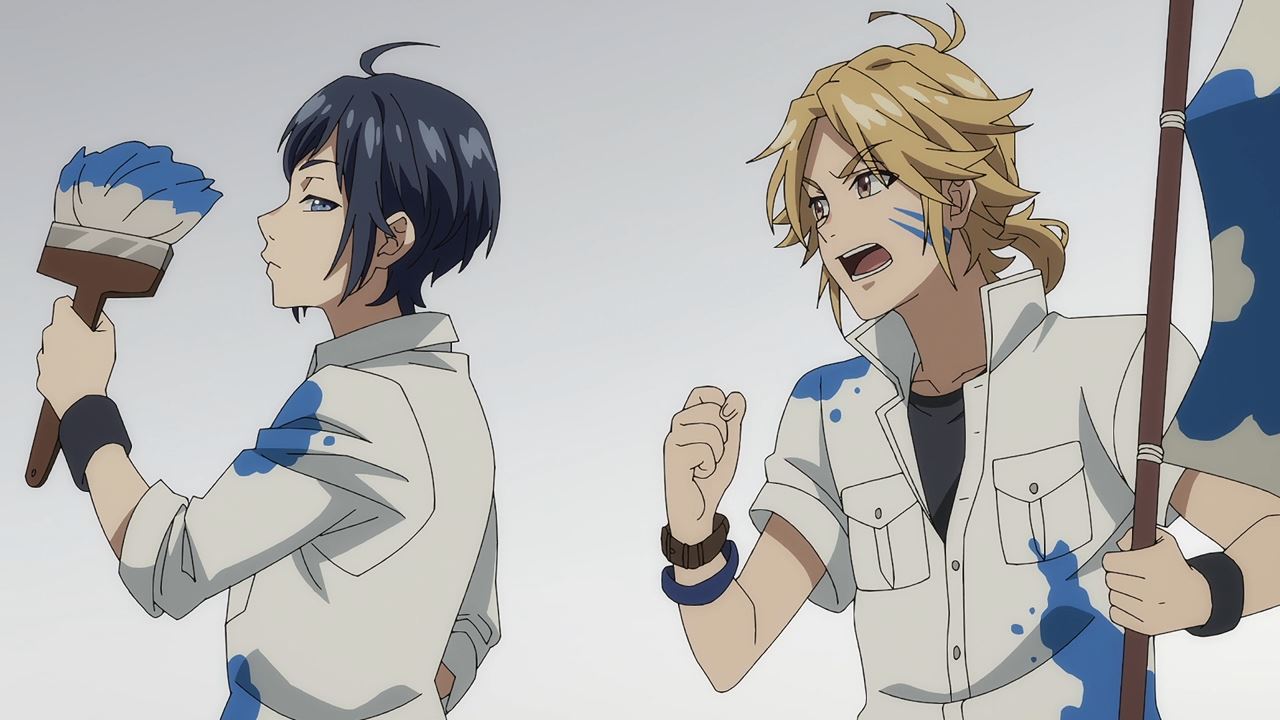 Of course, both Yujiro Someya and Aizo Shibasaki are still bickering like some old couple. Geez, would it be bad if some paparazzo saw them fighting on set? 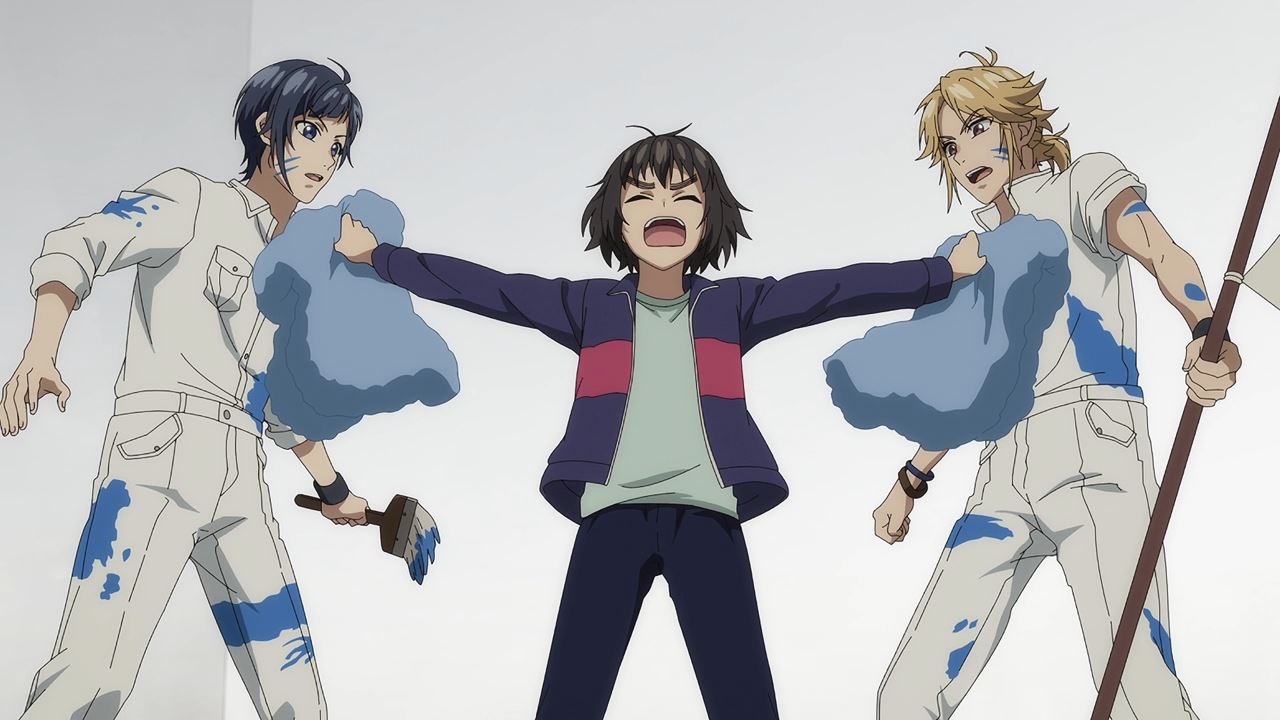 Fortunately, there’s Hiyori Suzumi where she continues to break them off as their manager, although I’m not sure if Hiyoko is still in training. 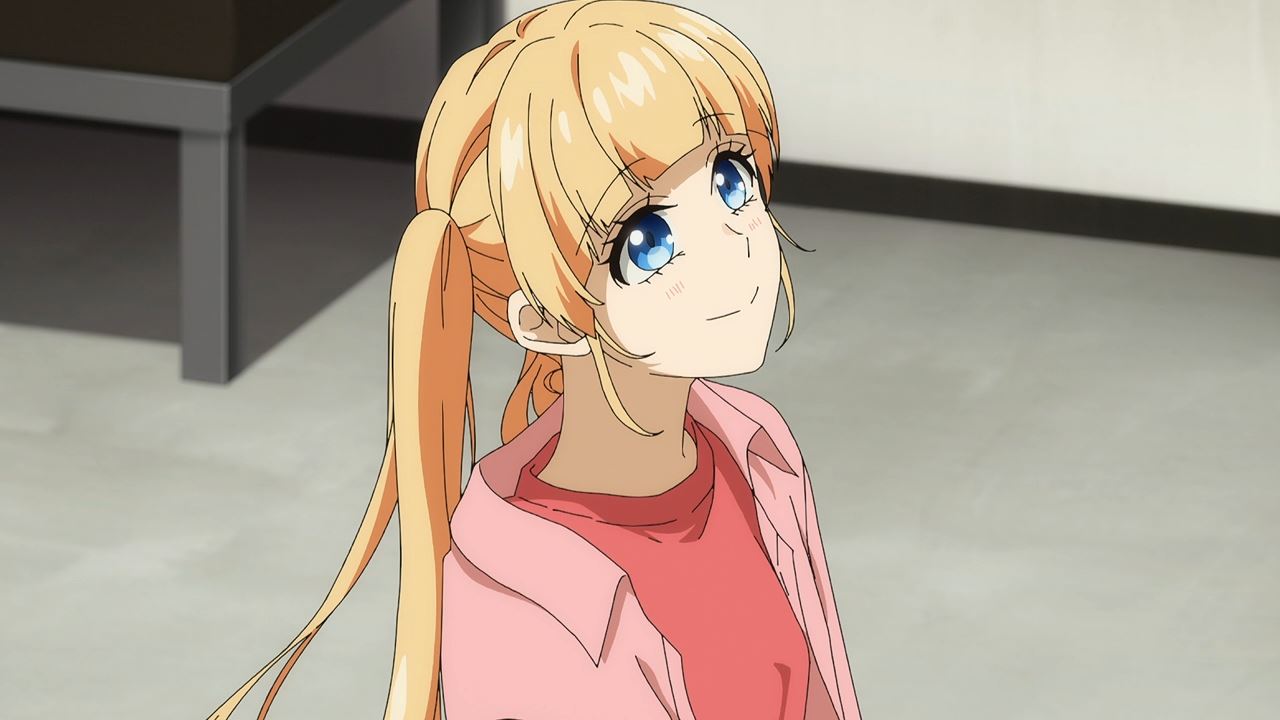 By the way, I want to introduce you to Sena Narumi who she appeared in LIP x LIP’s music video “Romeo”. As you can see, Sena is a cutie and she’s actually friends with both Yujiro and Aizo. 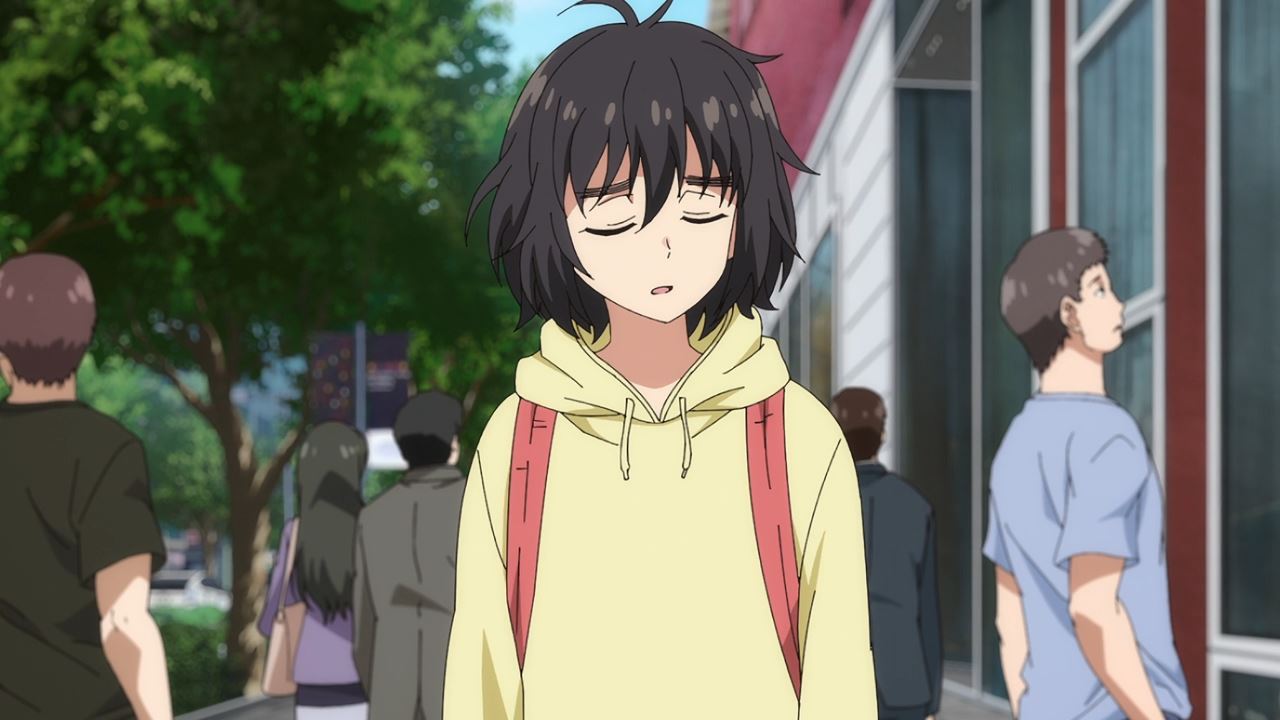 But let’s move onto Hiyori Suzumi where after seeing Sera Narumi, it appears that she can’t become a cute girl like the rest of them.

In fact, she tried to wear cute clothes back in the day before her childhood friend Nagisa told her that she’s not cut to it. That’s pretty rude from Hiyori’s childhood friend! 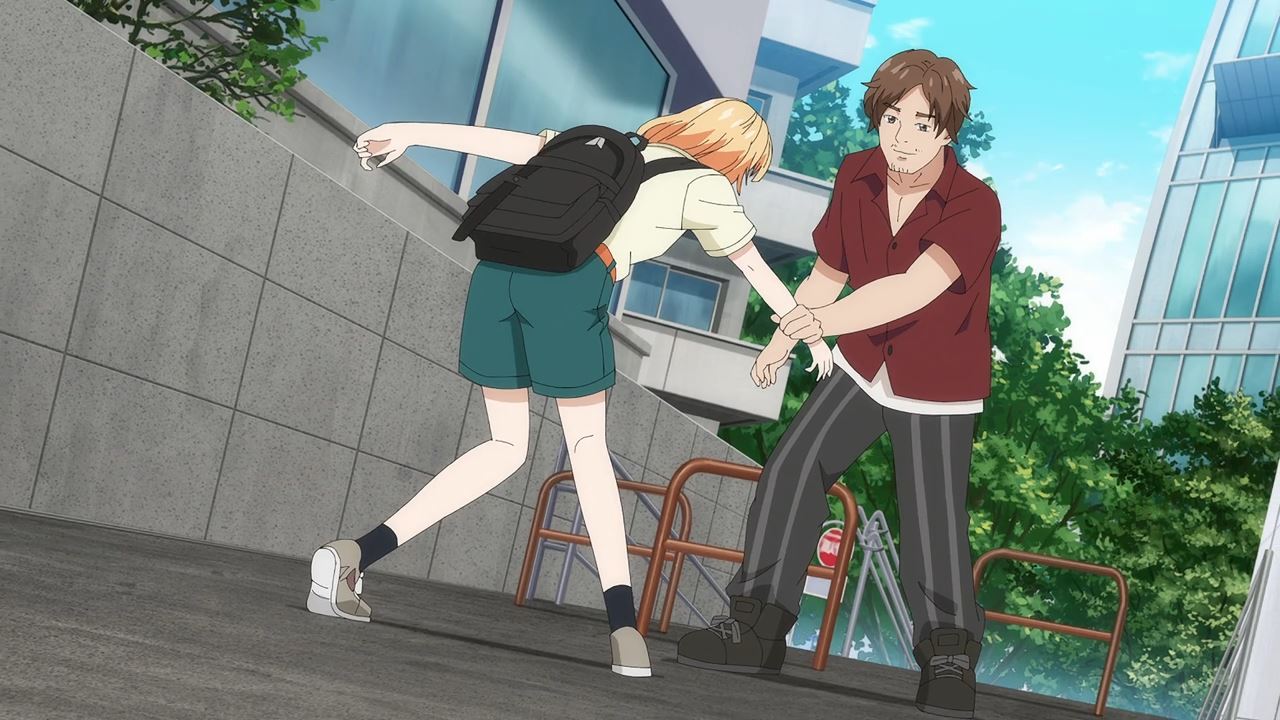 Anyways, it appears that some dude is hitting a girl. Okay mister, you know she doesn’t want to join you and yet you’re committing a crime in broad daylight! 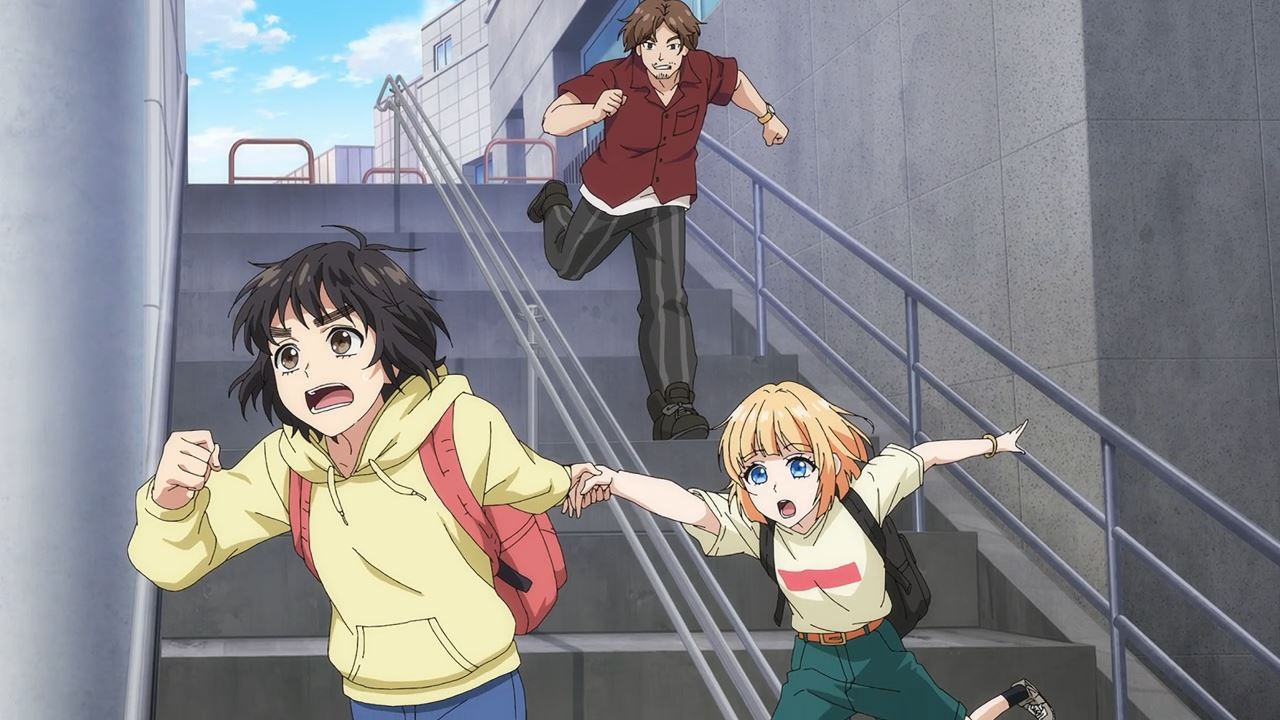 Fortunately, Hiyoko has come to the rescue where she took the girl away from that sleazy guy.

By the way, glad that her leg has healed after that freak accident during the preliminaries. 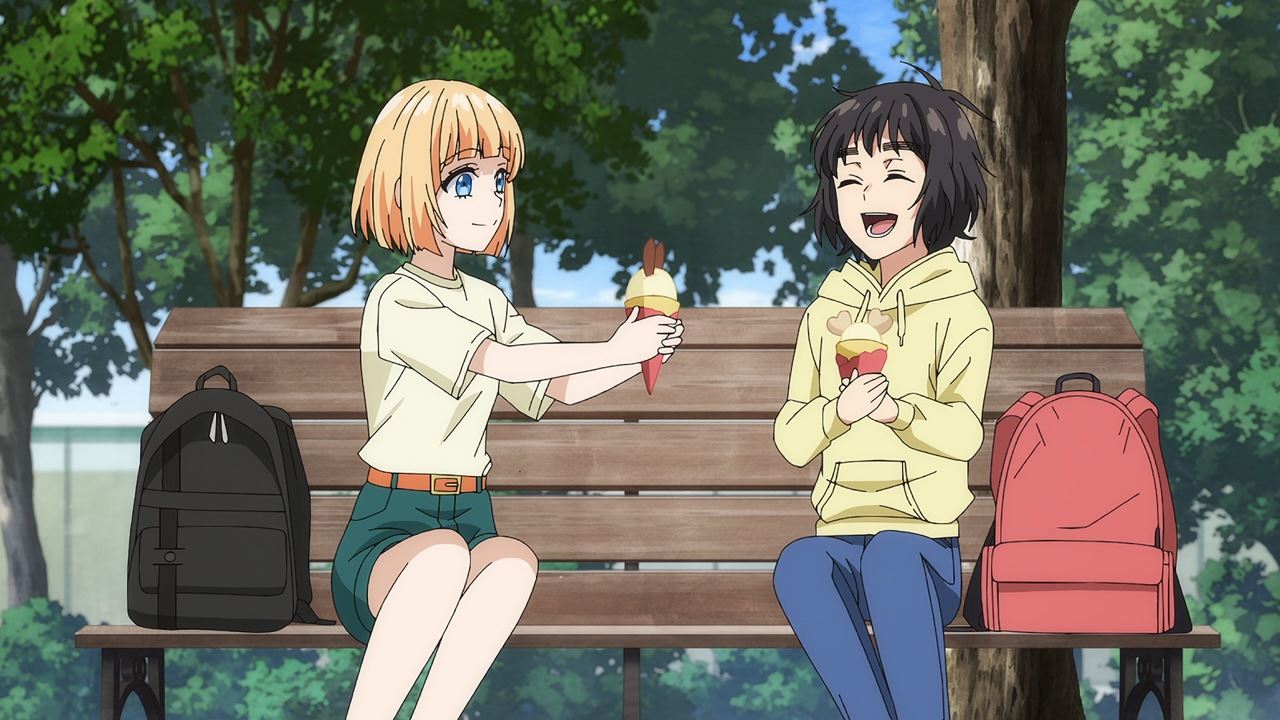 Anyways, looks like this girl gave Hiyori a crêpe after rescuing her from some stranger. Oh yeah, I forgot to mention that her name is Mona Narumi who is not only Sena’s little sister, but she’s actually an idol.

Man, Hiyoko is really lucky to met some people in the idol industry but then again, her appearance can’t compared to the likes of the Narumi sisters. 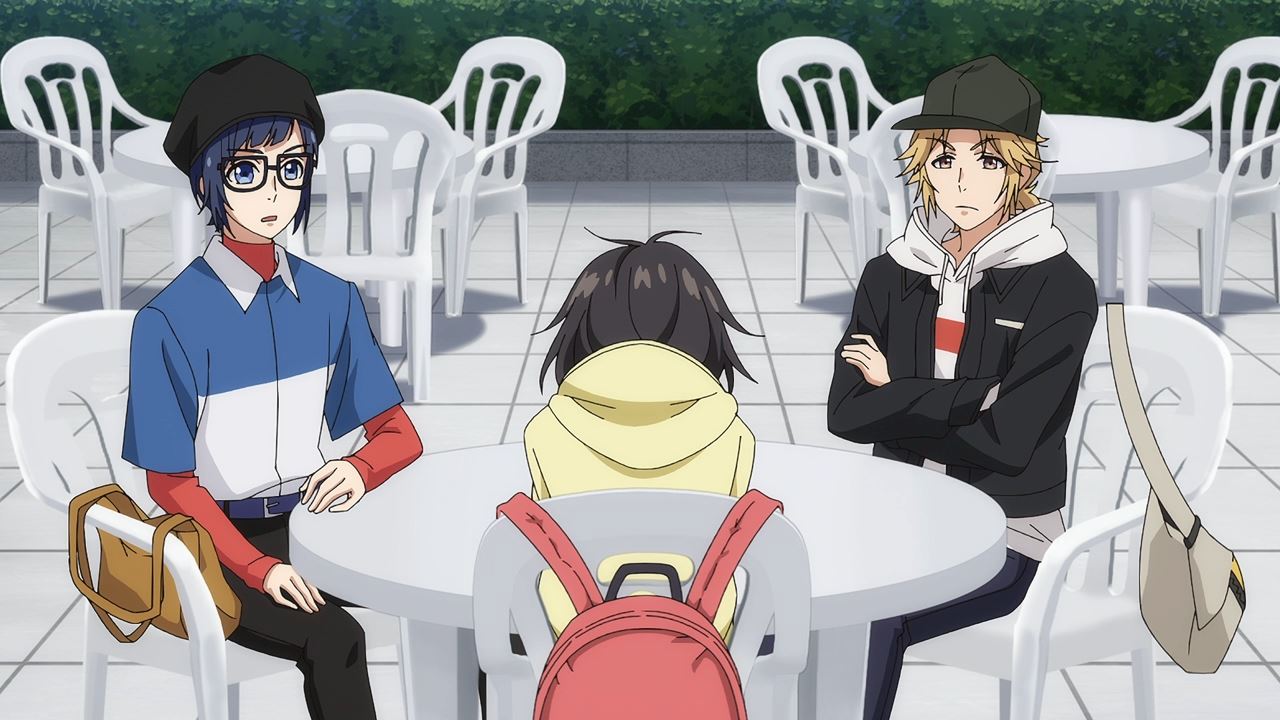 Fortunately, both Yujiro Someya and Aizo Shibasaki will fix her look as they heard that Hiyori’s childhood friend mock her for wearing cute clothes back then.

By the way, seems that both Yujiro and Aizo thought that Hiyori’s childhood friend is a girl, but it’s actually a boy. 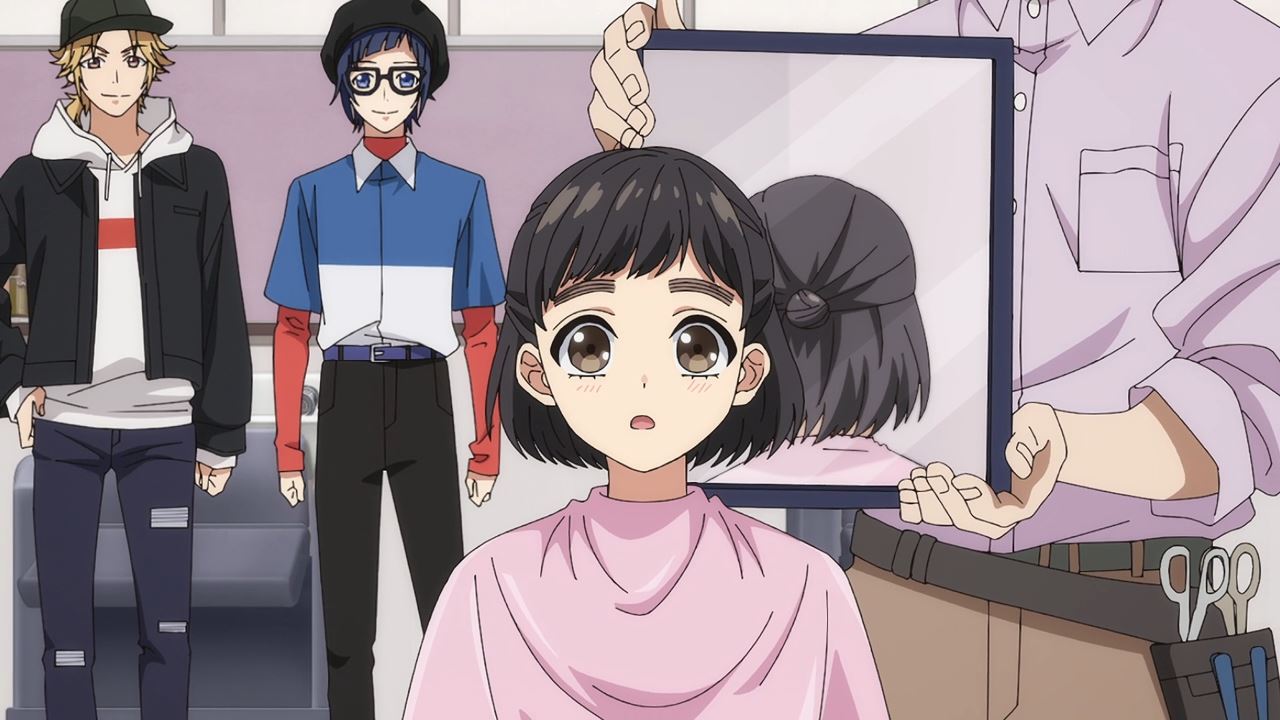 Anyways, it’s time for a total makeover as the boys are turning Hiyori Suzumi from an ugly duckling into a swan.

Let’s start by giving her a haircut since Hiyoko looked like a potato head. 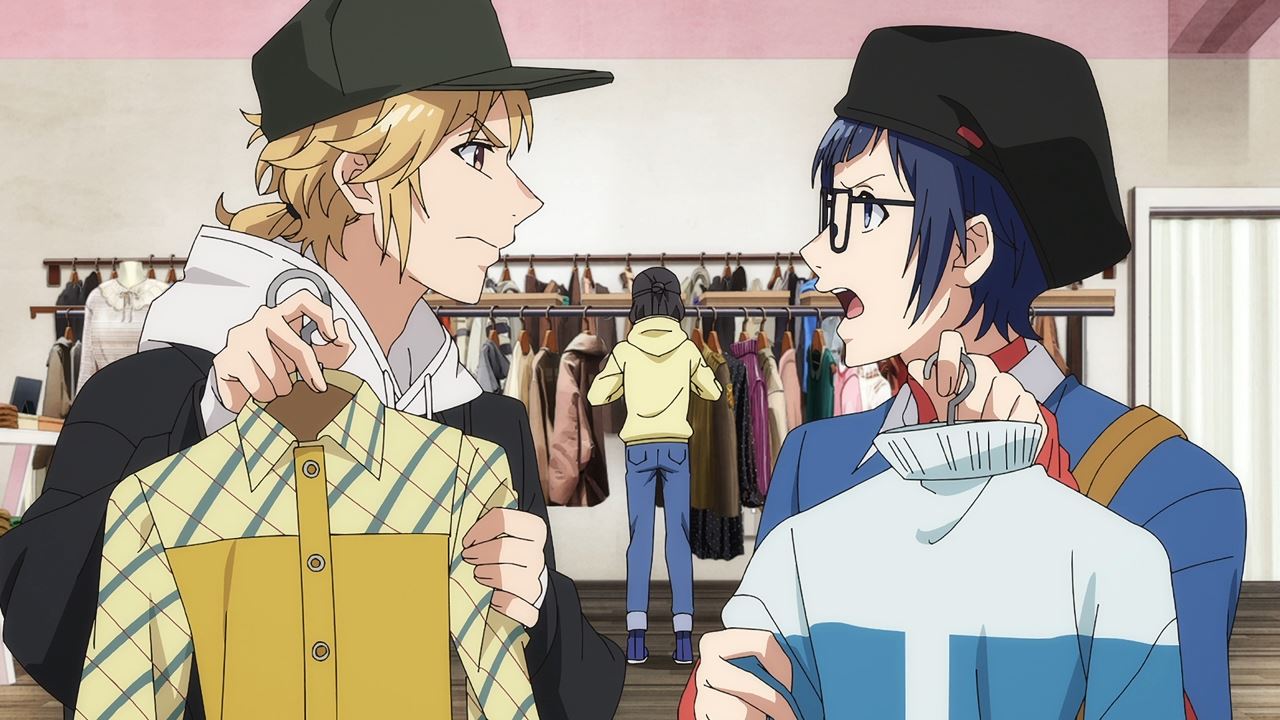 Oh yeah, let’s not forget about both Yujiro and Aizo where they’re still bickering on which clothes suited their young manager. Geez, why can’t you two cooperate for once! 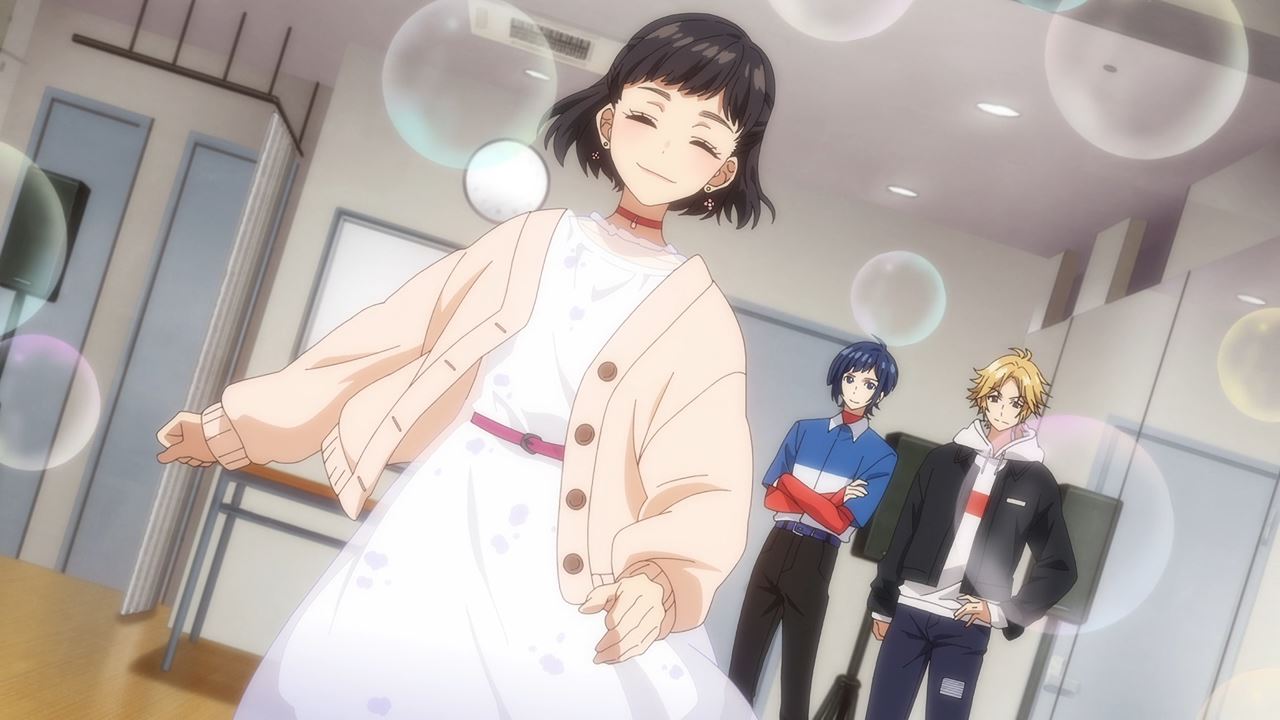 With that said, they successfully turned Hiyori Suzumi from looking unremarkable into a heroine. Now she’s ready to attend a Full Throttle 4 concert where Hiyori’ childhood friend will gave her a spare ticket.

Not only that, but LIP x LIP will also attend the concert, but they still think that Hiyoko’s childhood friend is a girl. 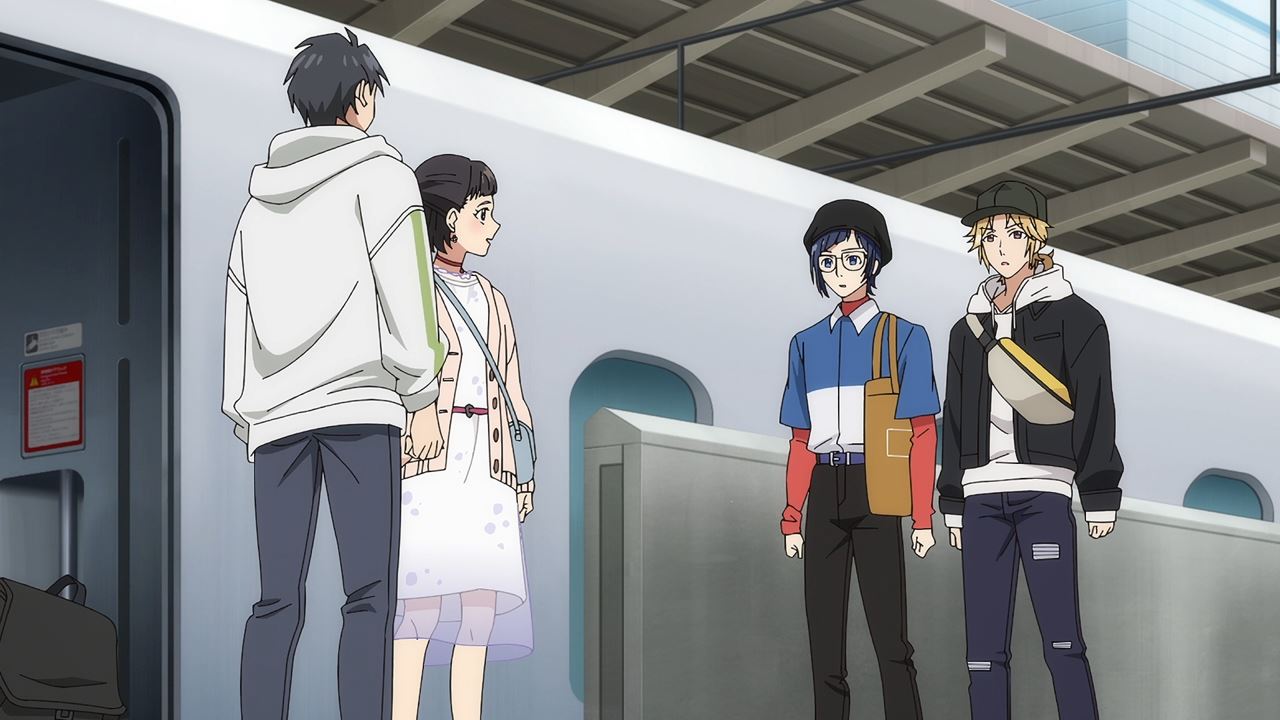 Well, that’s until they met Hiyori’s childhood friend at Tokyo Station where both Yujiro and Aizo are surprised to learn that it’s actually a guy. 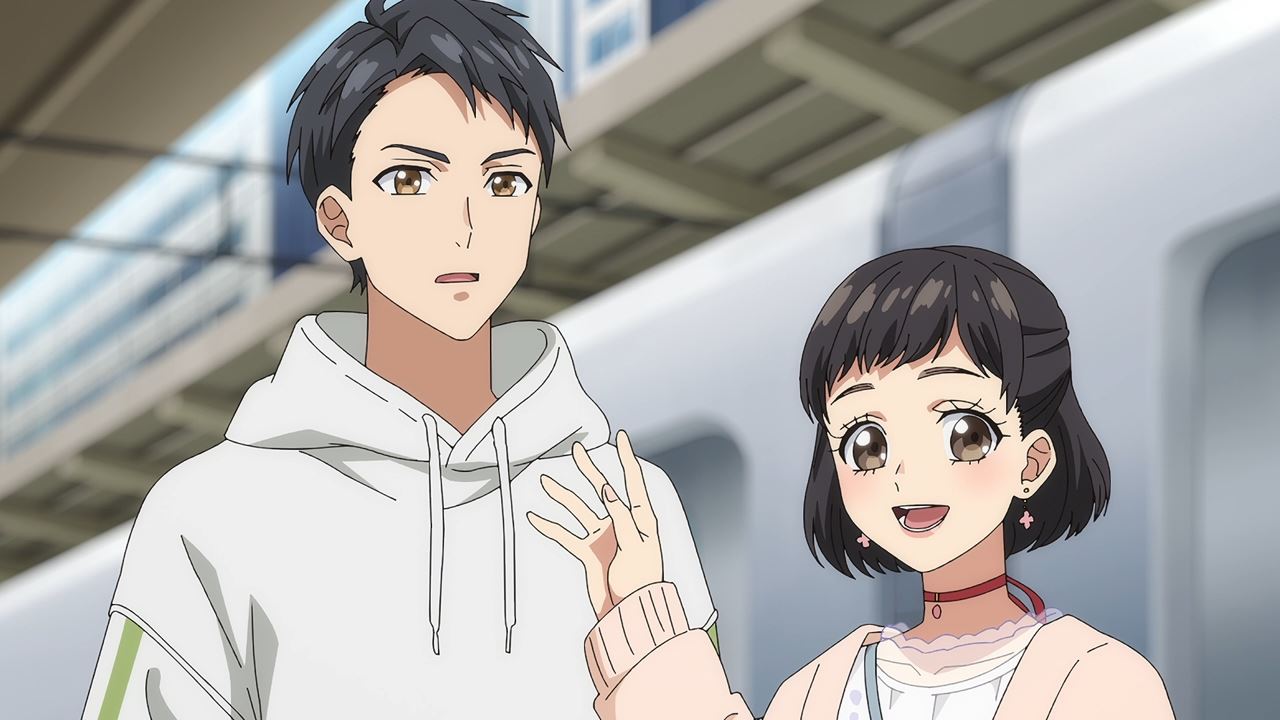 Anyways, this is Nagisa Shiranami where he looks like a decent dude who happened to be a Full Throttle 4 fan. Oh boy, prepare for some rivalry on the next episode! 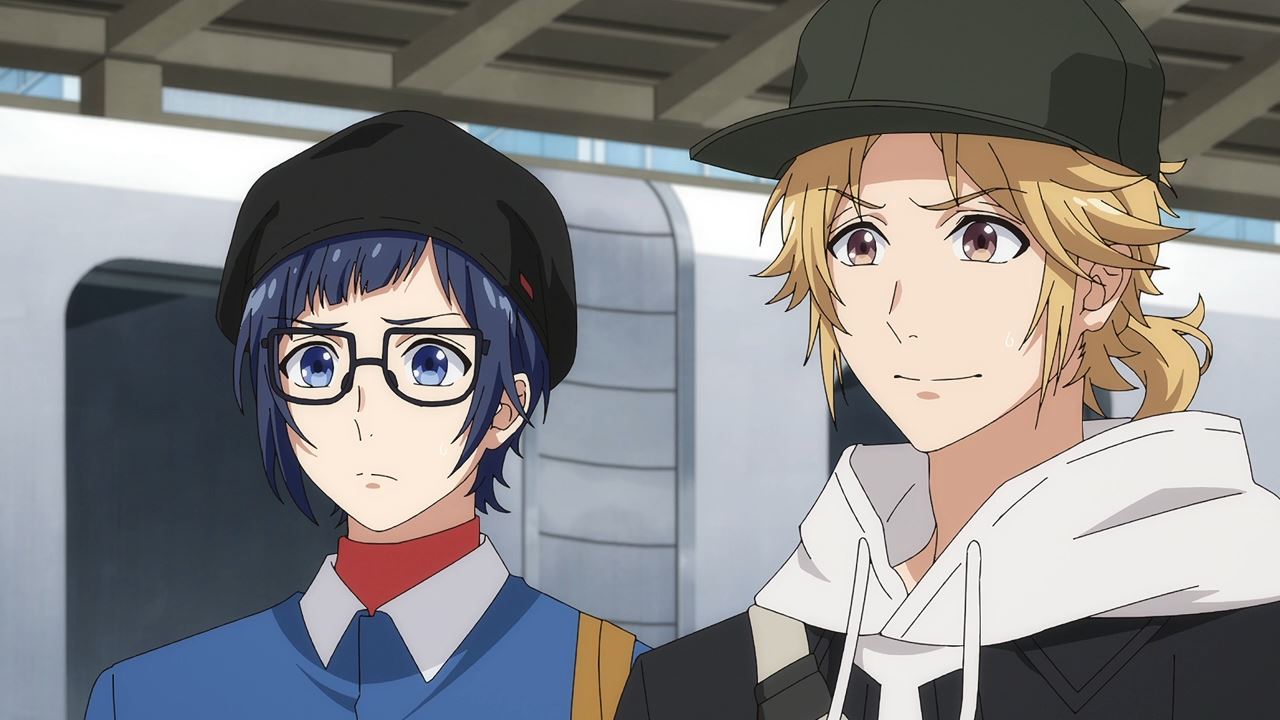 For now, let’s hope that there’s no drama happening as they’ll watch an idol concert. Of course, I’m still hoping that Nagisa won’t know that Hiyori is actually the manager of LIP x LIP.