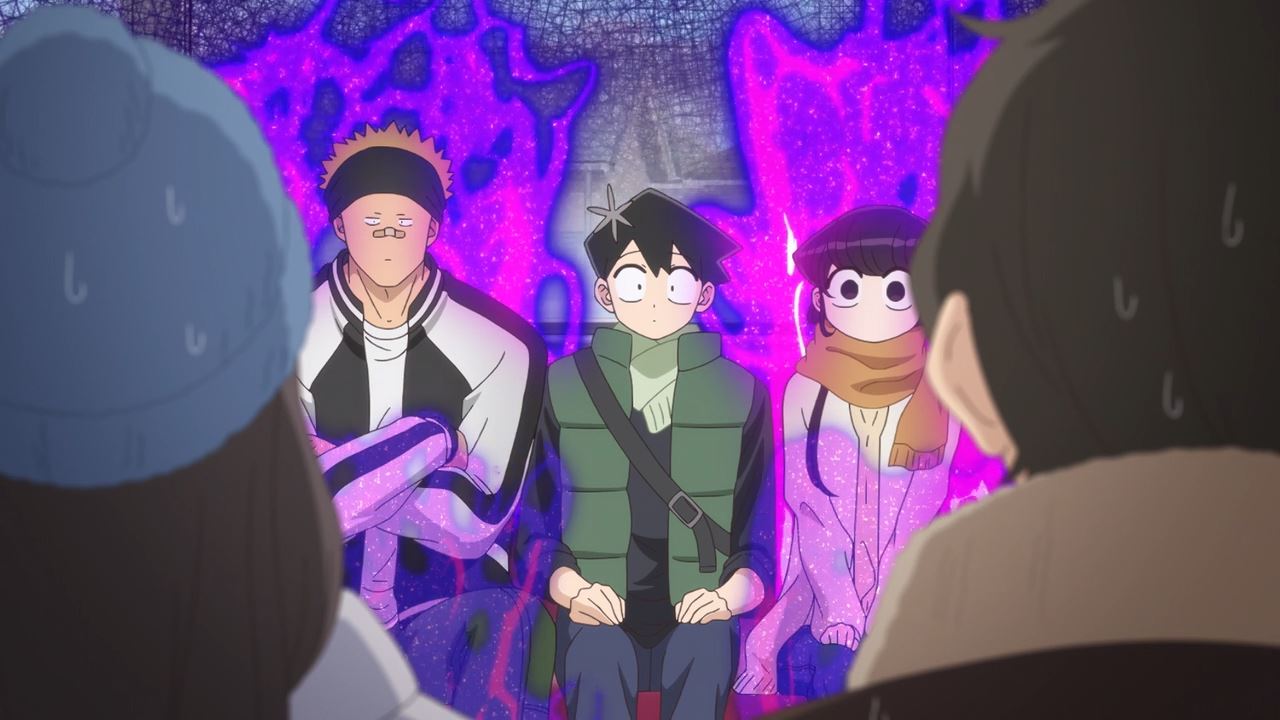 Well, what an awkward way to begin this post as Hitohito Tadano is sitting between Makoto Katai and Shouko Komi, two people who have communication disorder although the latter is severe than the former.

By the way, they’re heading towards the ice rink as they want to skate. 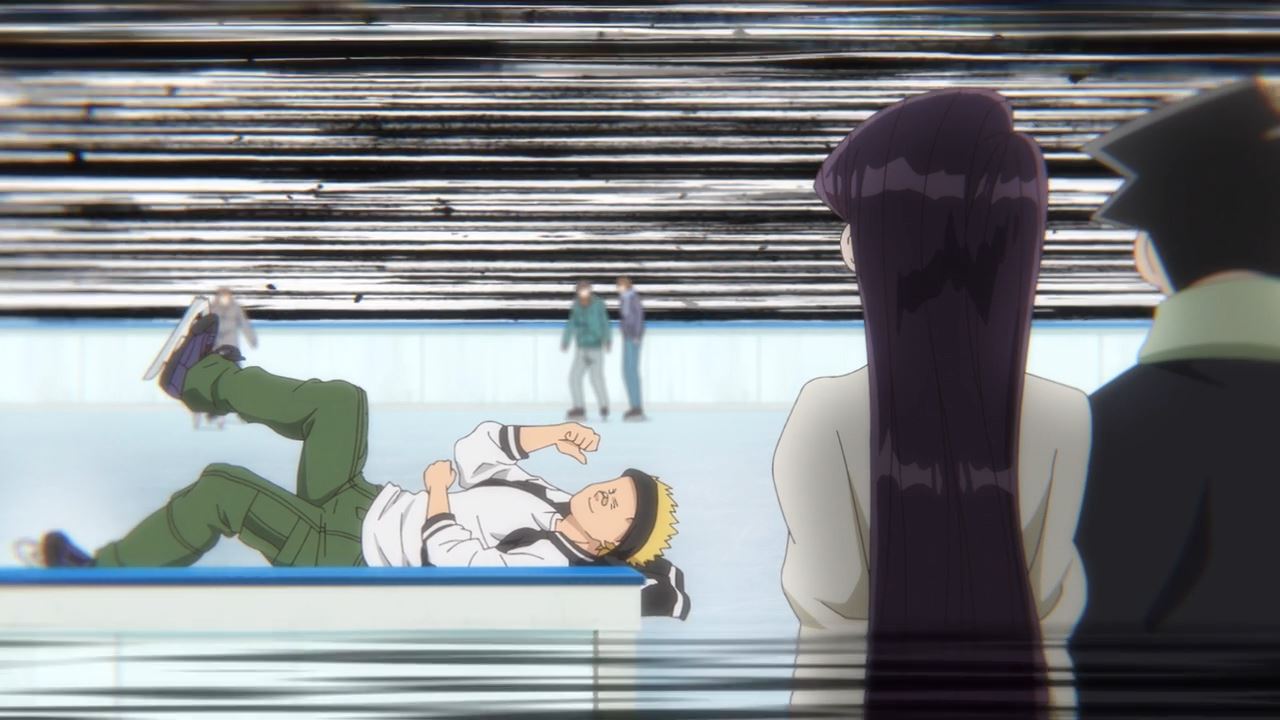 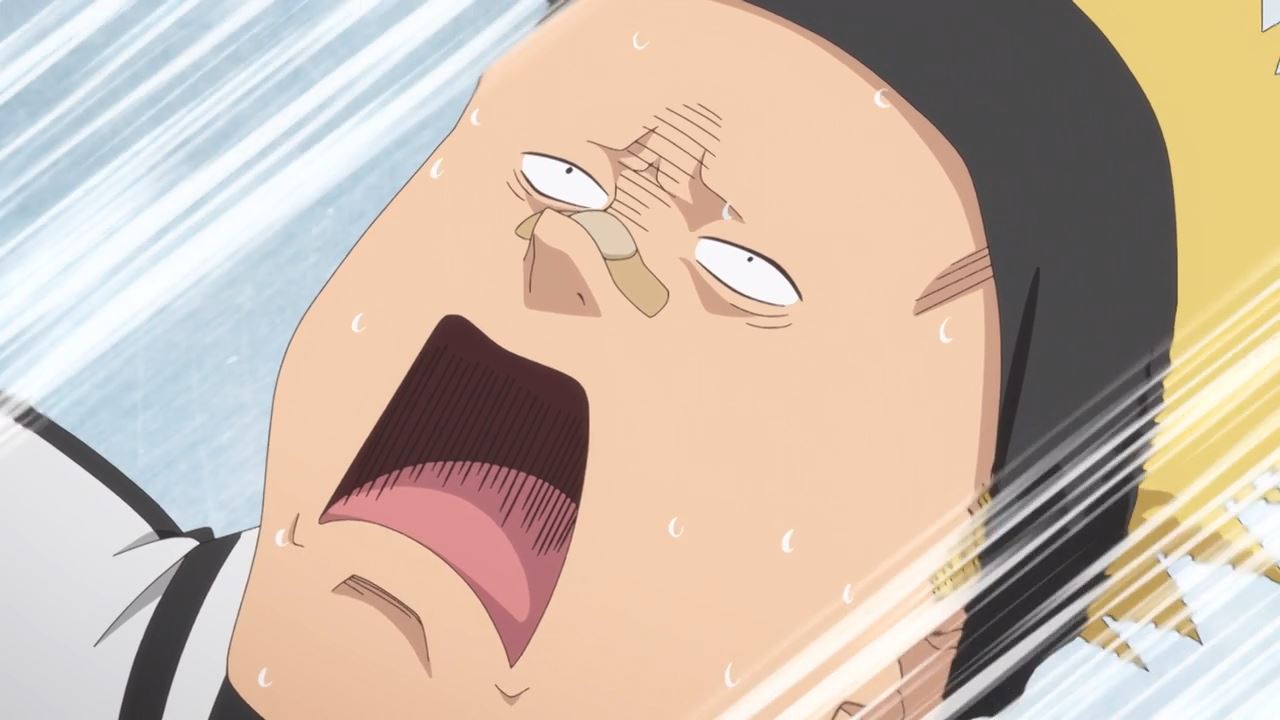 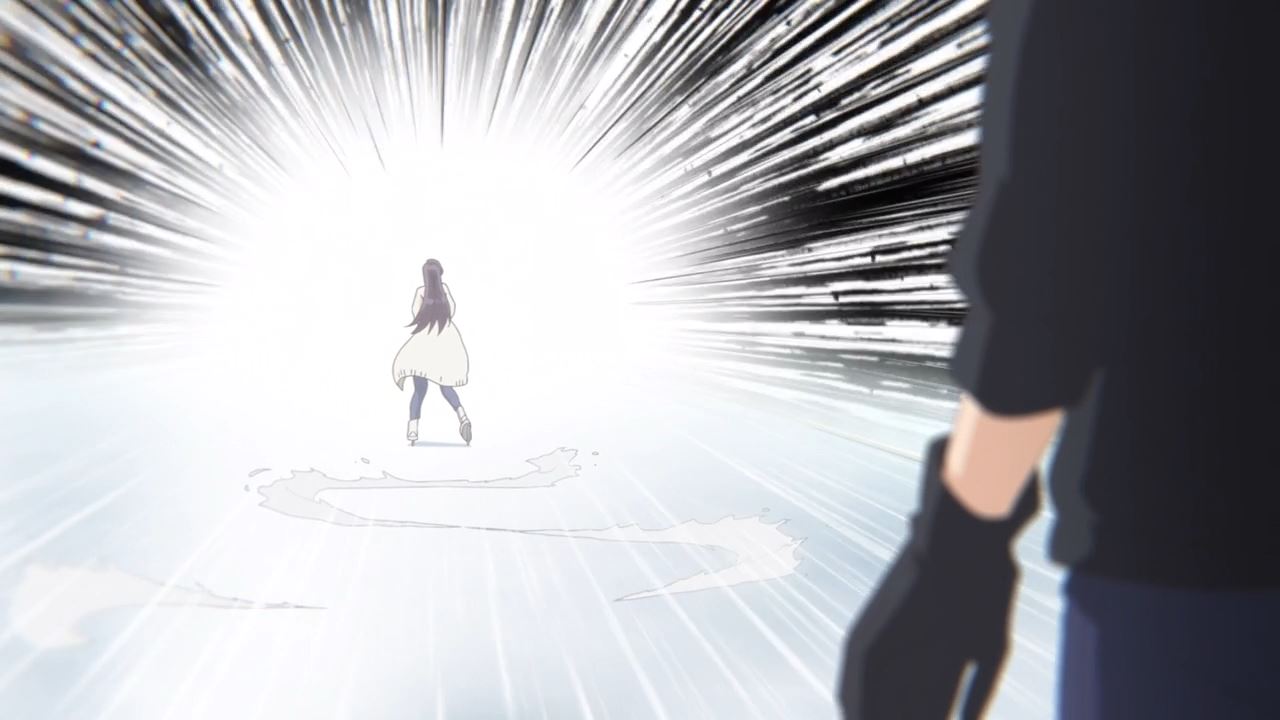 Wait Komi-san, you can’t skate too!? Well, this is a problem as neither Katai nor Komi can’t skate at the ice rink. 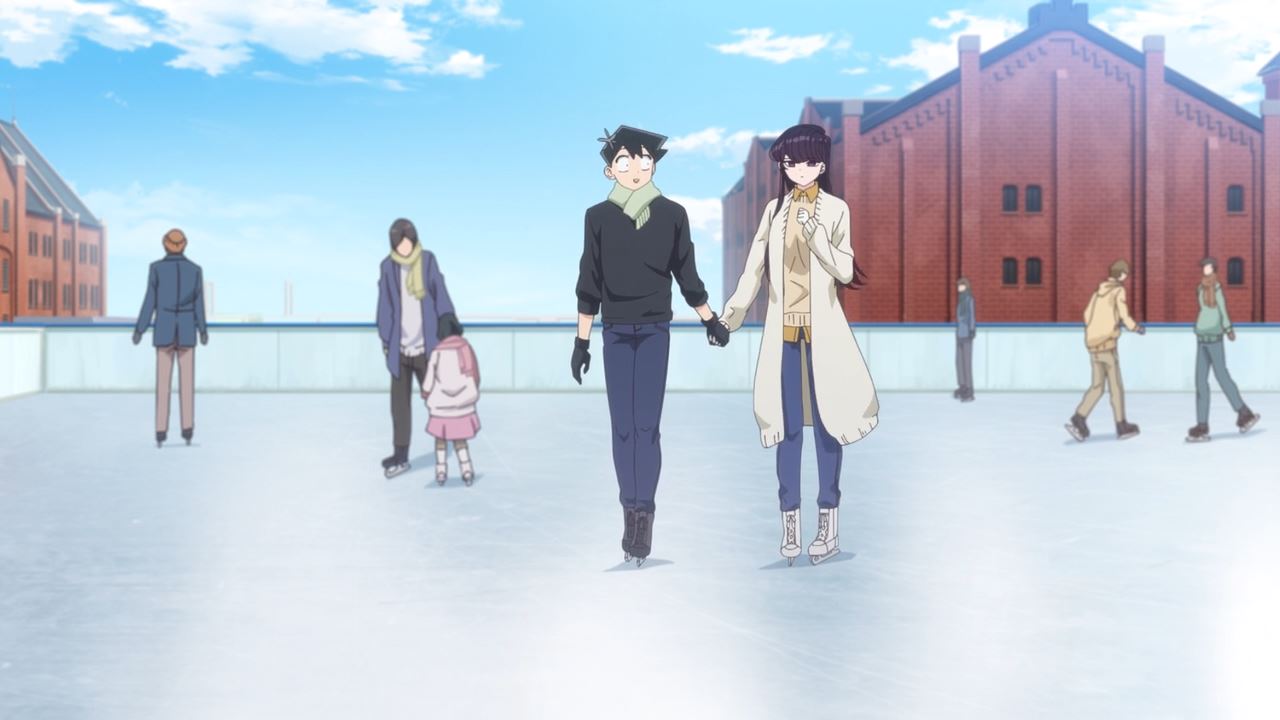 Fortunately, there’s Hitohito Tadano where he can teach both of them how to skate on ice. First, he teaches Komi-san how to stop. 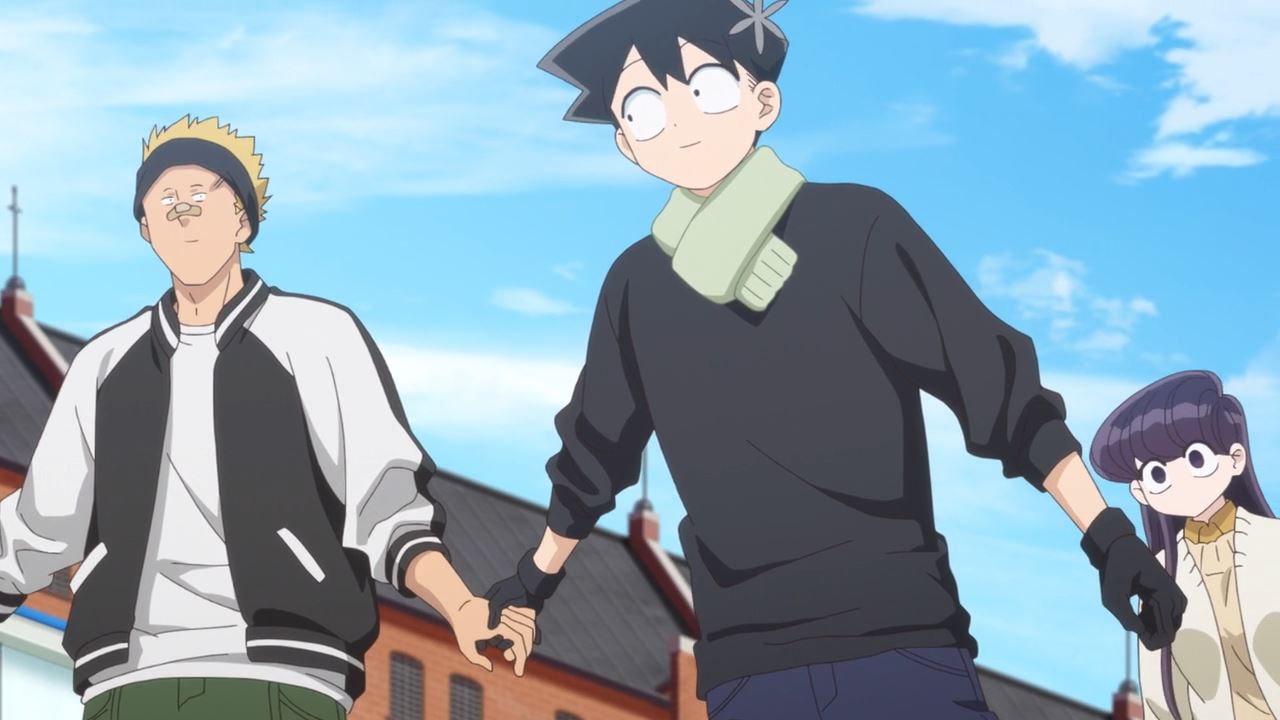 Then, he teaches Katai-kun where I have to say that it’s the most brotherly moment I’ve ever seen. Anyways, glad that Tadano-kun gave them some skating lessons. 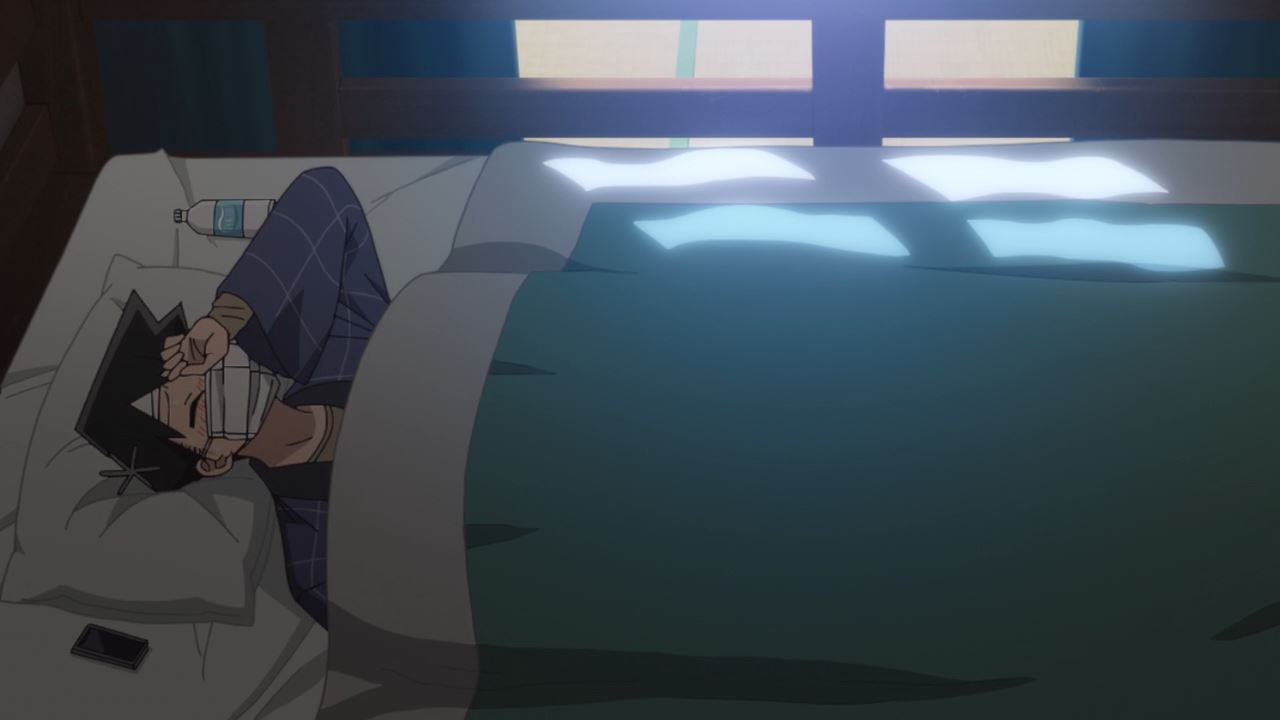 Sadly, it appears that Hitohito Tadano got a fever and not only that, but he’s alone at the apartment. Man, I’m worried that he might not recover from this dreaded illness. 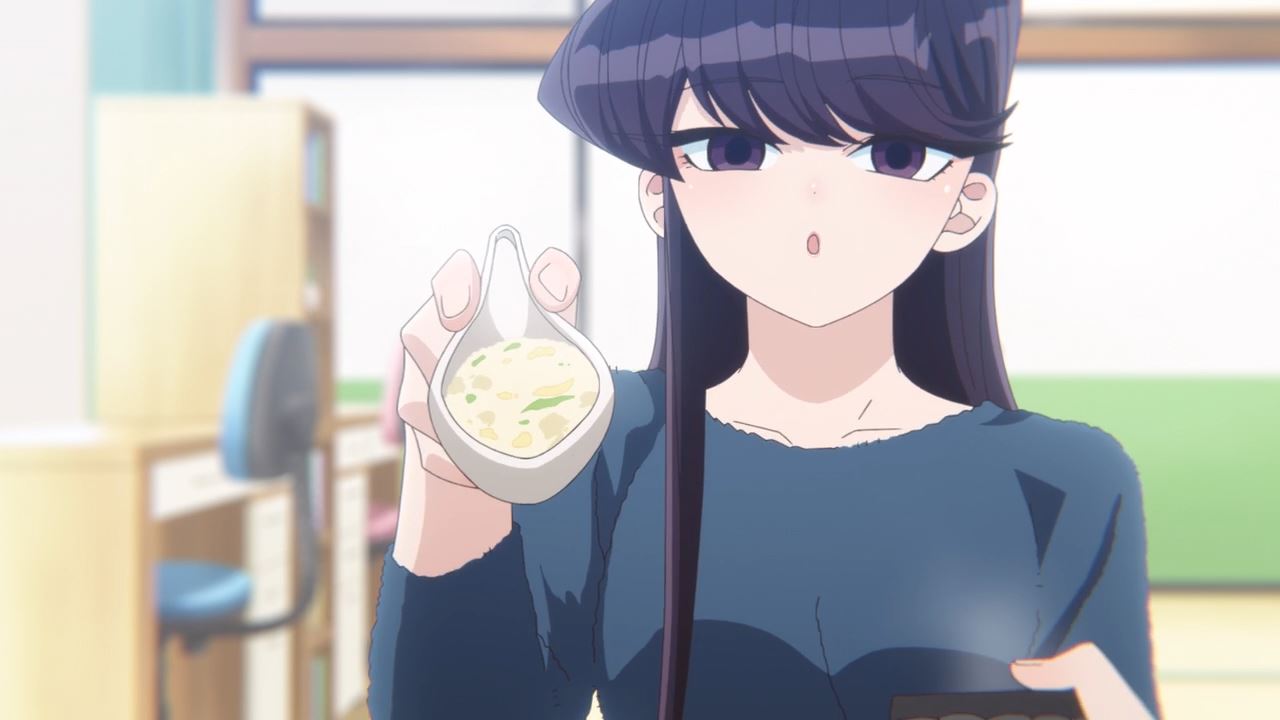 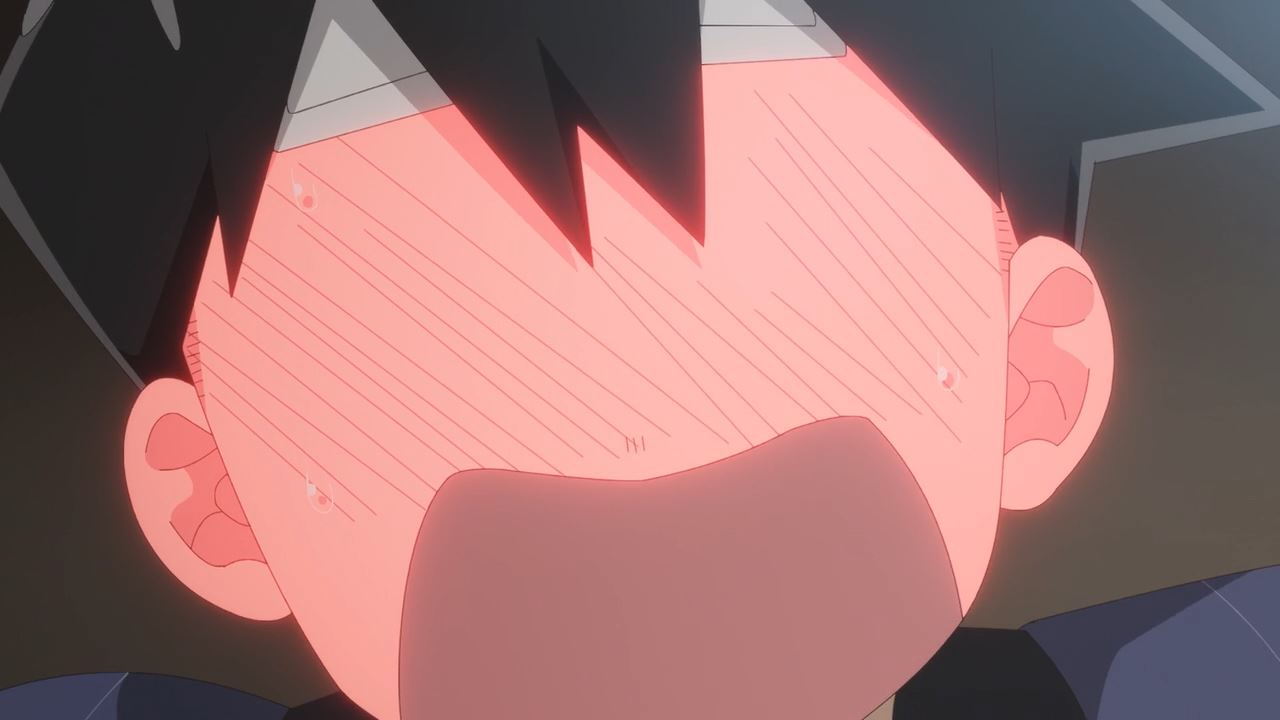 Don’t worry as Shouko Komi is here to give him a cup of ginger brew and a bowl of rice porridge. It’s nice that Komi-san decided to nurse Tadano-kun back to health. 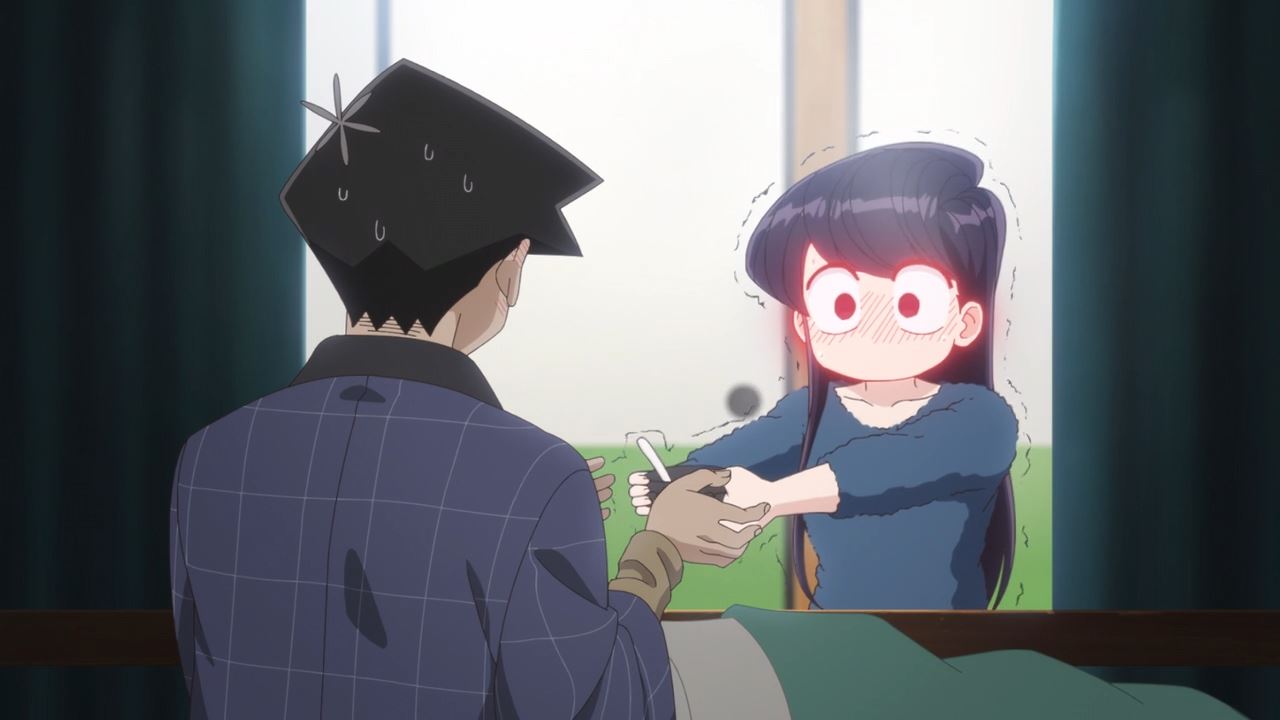 But speaking of Komi-san, I think Tadano should eat the porridge by himself ’cause it’s really embarrassing for Shouko Komi to feed him.

And that’s the end of this episode where I’m hoping that Hitohito Tadano will recover from his fever. Sadly, his time as the protagonist will be over on the next episode ’cause there’s one person who will take over this show!